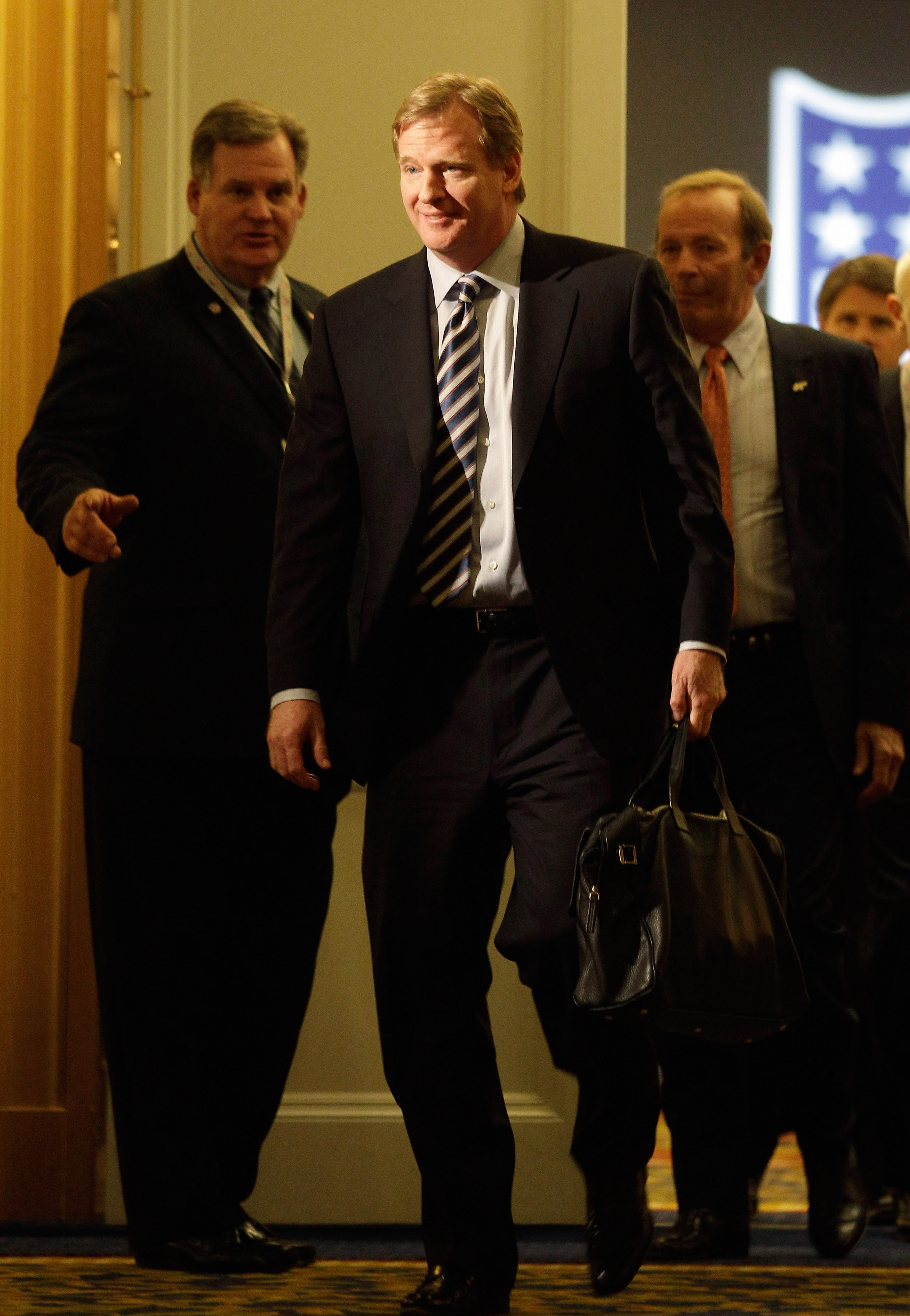 There is an NFL lockout looming. It could be devastating.

NFL lockout news is dominating the sports world right now. And with no end in sight, that could be the case for the next few months and perhaps longer.

And if there is a work stoppage, particularly one that costs the NFL enough weeks to force a cancellation of the playoffs, it would be catastrophic.

But because the NFL is so popular these days, would there really be a long-term impact? Would fans leave and never come back? Who knows, but history has shown us that strikes, lockouts and work stoppages can be terribly costly, both financially and in terms of popularity.

Here are the 10 most powerful examples. 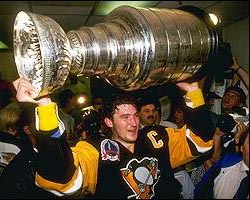 Less than a week before the start of the 1991-92 Stanley Cup Playoffs, the NHL Players Union voted (560 to 4) not to approve the owners’ latest collective bargaining agreement.

Fed up with the owners' stance on revenue sharing and free agency, the players agreed to strike.

After 10 days without hockey, the two sides reached an agreement that would resume (virtually all of) the regular season, save the playoffs and last through 1993.

But the CBA that Goodenow, the players, Ziegler and the owners reached at midnight on April 10 proved to be nothing more than a short-term band-aid. 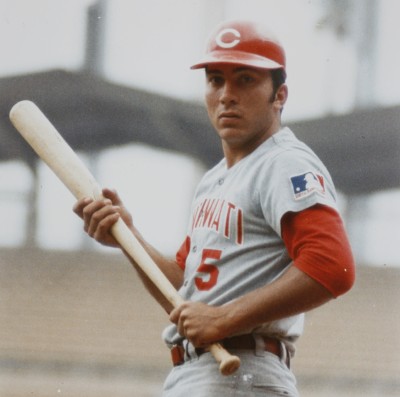 For over six decades, there had not been a league-wide work stoppage in the national pastime.

That streak came to an end four days before the end of spring training in 1972.

The players’ union wanted the owners to give them a 17 percent cost-of-living raise ($918,000) in their retirement benefits program. The owners refused.

Both sides eventually caved in on the issue and met halfway—$500,000 was put in the retirement fund—although the players were not paid for the games missed by their strike. In the end, the regular season was only shortened from 162 games to 156. 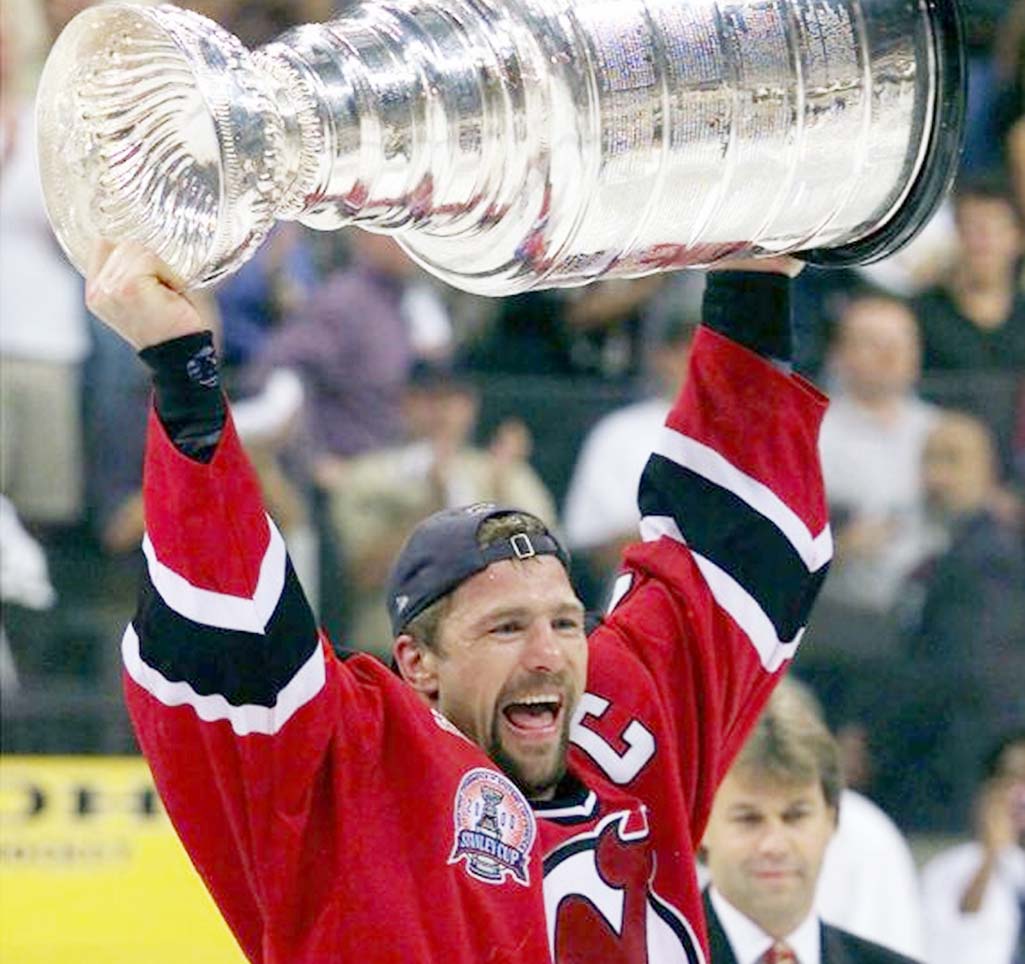 The agreement reached between the players and owners following the 1992 players’ strike didn’t last very long.

After the two-year CBA expired in 1993—and the owners forced the resignation of John Ziegler—Bob Goodenow went to work on a new CBA with NHL commissioner Gary Bettman.

Neither side was happy with the final result, a six-year CBA: “I can’t see any winners. The players don’t win, the fans don’t win and the owners don’t win,” Sabres goalie Grand Fuhr said, according to the New York Times. “If we’re playing in front of half-full buildings, that’s a loss for the owners.”

And as Bettman announced following the agreement between the two sides: “This is not the end, but a beginning.”

Still, less than half of the regular season was lost and the lockout ended roughly three months before the start of the playoffs, so there was plenty of time left for a season. 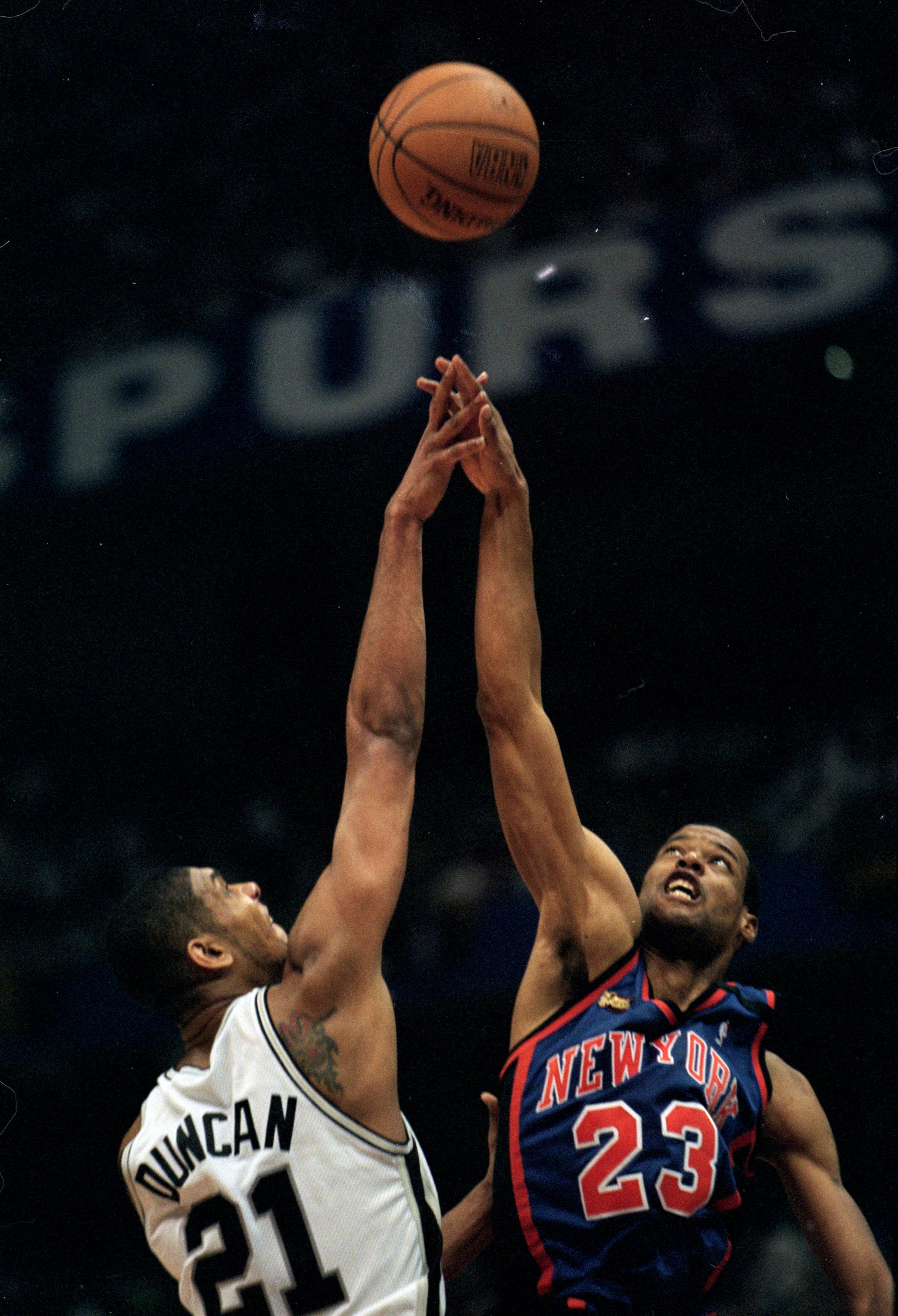 For a while, it seemed true that the NBA literally couldn’t survive without Michael Jordan.

Sixteen days after Jordan’s game-winner (his dubious final shot) buried the Jazz in Game 6 of the 1998 NBA Finals, the owners locked out the players over a failure to reach a new CBA.

The dispute was largely over the owners' attempts—through the CBA—to impose more limits and restrictions on players’ salaries.

Neither side budged and the first three months of the season were missed. Commissioner David Stern set a stop date for cancelling the season and, a day before the deadline, the two sides came to an agreement.

The impact of this work stoppage was considerable: Nearly 40 percent of the season was cancelled and ticket sales and television ratings declined. But in terms of resolving the owner-player conflicts, not much came from the 1999 CBA. Six years later, after the deal ran out, another work stoppage was narrowly averted. 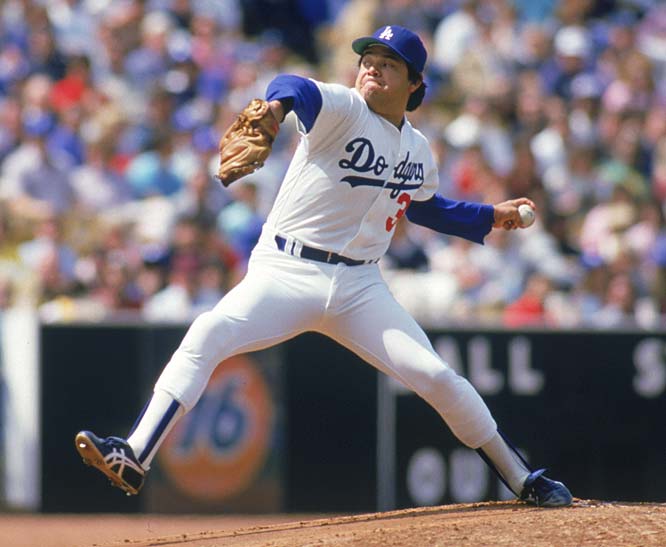 For 18 months the players had been quarreling with the owners over one issue: compensation regarding free agency. Much like today’s restricted free agent in the NFL, club owners who lost a player to another team wanted to be compensated with a player in return.

Despite the season being in full swing—as many as 60 games for some teams—the players refused to continue on until the issue was resolved.

The longest strike in sports history (at that time) came to an end in late July when the compensation-for-free agents issue was tweaked slightly more to the owners’ liking.

And although the strike cost fans nearly one-third of the season—and made for a wacky postseason round-robin tournament—there wasn’t much fallout from this particular work stoppage.

It only resolved one minor issue in the game and a little over a week after the strike ended, 80,000 people filled Cleveland Stadium for the All-Star Game. And with three great postseason series followed by another classic Yankees-Dodgers World Series, all seemed to be forgotten. 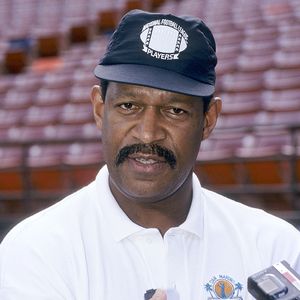 Two weeks into the 1982 regular season, the players—led by former Raiders All-Pro Gene Upshaw—agreed to go on strike until the owners met their demands. Both revenue sharing (from the television network deals) and free agency after three years in the league were on the players’ demands.

No agreement was met until mid-November. Ultimately both sides ceded some demands, but the owners ended up giving the players $1.6 billion to increase the league minimum salary and improve veterans pay and severance pay. Seven weeks of the season were cancelled.

Certainly the fallout from this deal was enormous. Fans were outraged about perceived greed on both sides that wiped away nearly half the season.

As the Associated Press’ Will Grimsley wrote the day the strike ended:

"Nobody won. It was a useless strike. It was costly. It was unnecessary. It was divisive, bound to leave lasting wounds, not only among teammates but also in player relations with the bosses.

"It may take the National Football League a long time to recover from this bitter wrangle which certainly could have been avoided except for the egos and stubbornness that surfaced on both sides.” 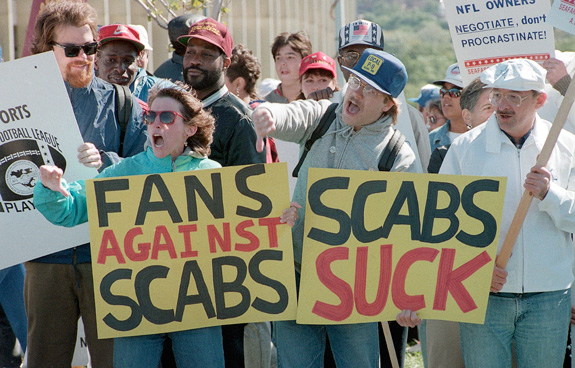 Once again, free agency was the fuse that lit the match in the NFL’s players-owners standoff.

Five years after the compensation issue had somewhat been resolved, players wanted to end the owners' right to match offers from other teams. Prior to the strike over 2,000 players had become free agents but only one was actually able to sign with a new club.

But the effect that the work stoppage had on the players, the league and even the fans was greater.

For one, fans actually had to suffer through replacement players. In what was expected to be a thrilling Monday showdown between the Super Bowl champs and the 49ers, fans at the Meadowlands and television viewers saw Bob Gagliano and Mark Korff instead of Joe Montana and Lawrence Taylor.

But the greater fallout came from within the players union itself. Some players—many stars like Montana and Steve Largent—crossed the picket line to join the scabs while others like John Elway and Reggie White didn’t.

That divisiveness might be one of the reasons why the NFL union has struggled for years and why there was a great deal of public strife within the union for years that followed. Remember Matt Birk’s tirade against Upshaw years later? 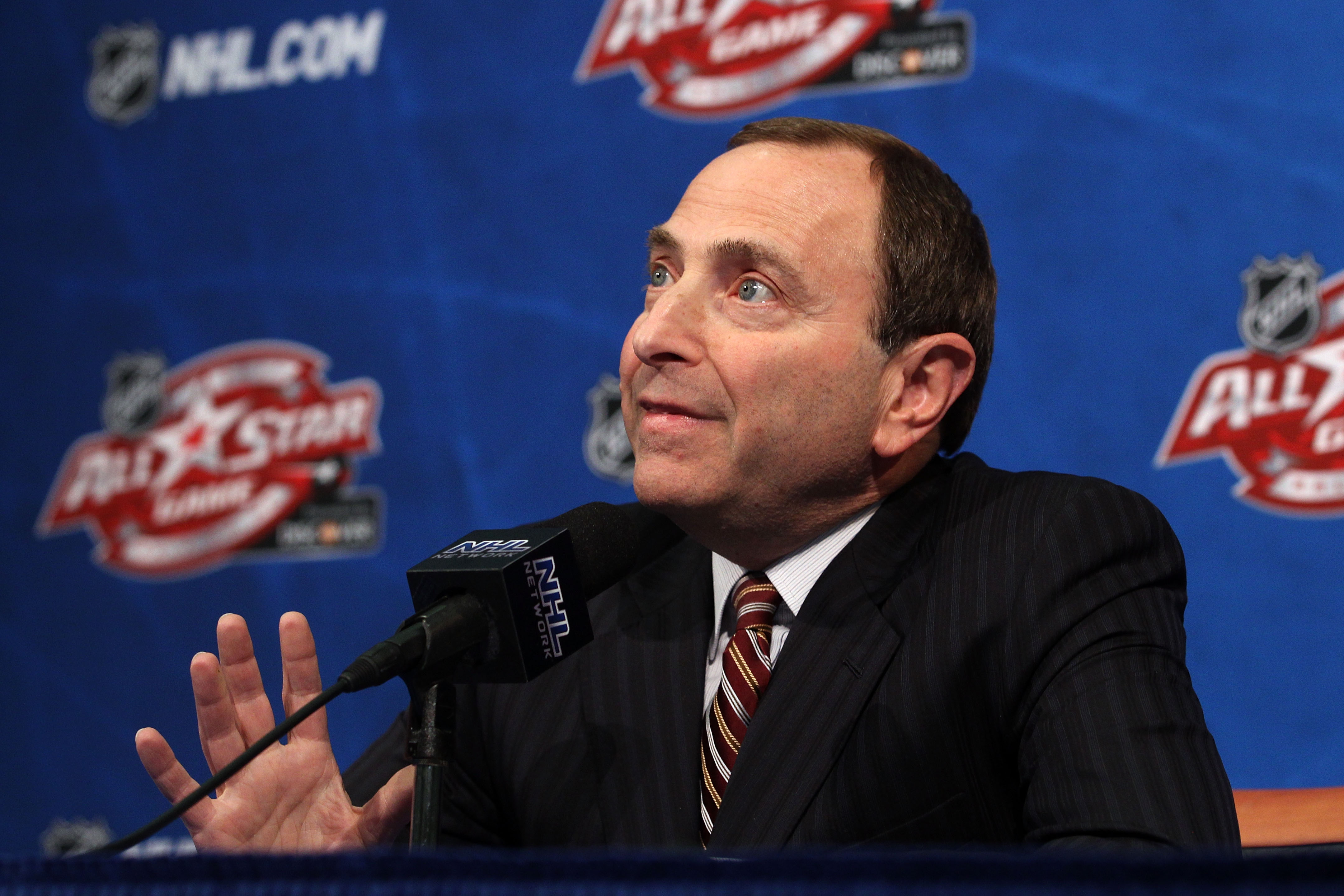 Certainly to hockey fans, this was the most crippling and painful labor situation of all time. But—and let the complaints pile up on the comment board—it’s just not one of the so-called Big Three of American sports, therefore its impact wasn’t as devastating to the entire country.

Nevertheless, to have an entire season wiped out by a work stoppage is borderline tragic.

The resolutions reached following the players strike of 1992 and the lockout of 1994-95 indeed was “just the beginning,” as Gary Bettman predicted.

A luxury tax and salaries being tied to revenue were key issues, but the deal breaker for the players was a salary cap. No resolution came by mid-February and the entire season was cancelled.

That summer a CBA was reached and hockey soon resumed. But—for the first time in 90 years—Lord Stanley’s Cup went unclaimed.

The strike probably cost the NHL very few North American hockey fans and that’s why it only earns the bronze medal spot on this list. But countless fringe hockey spectators and quasi-fans were lost. 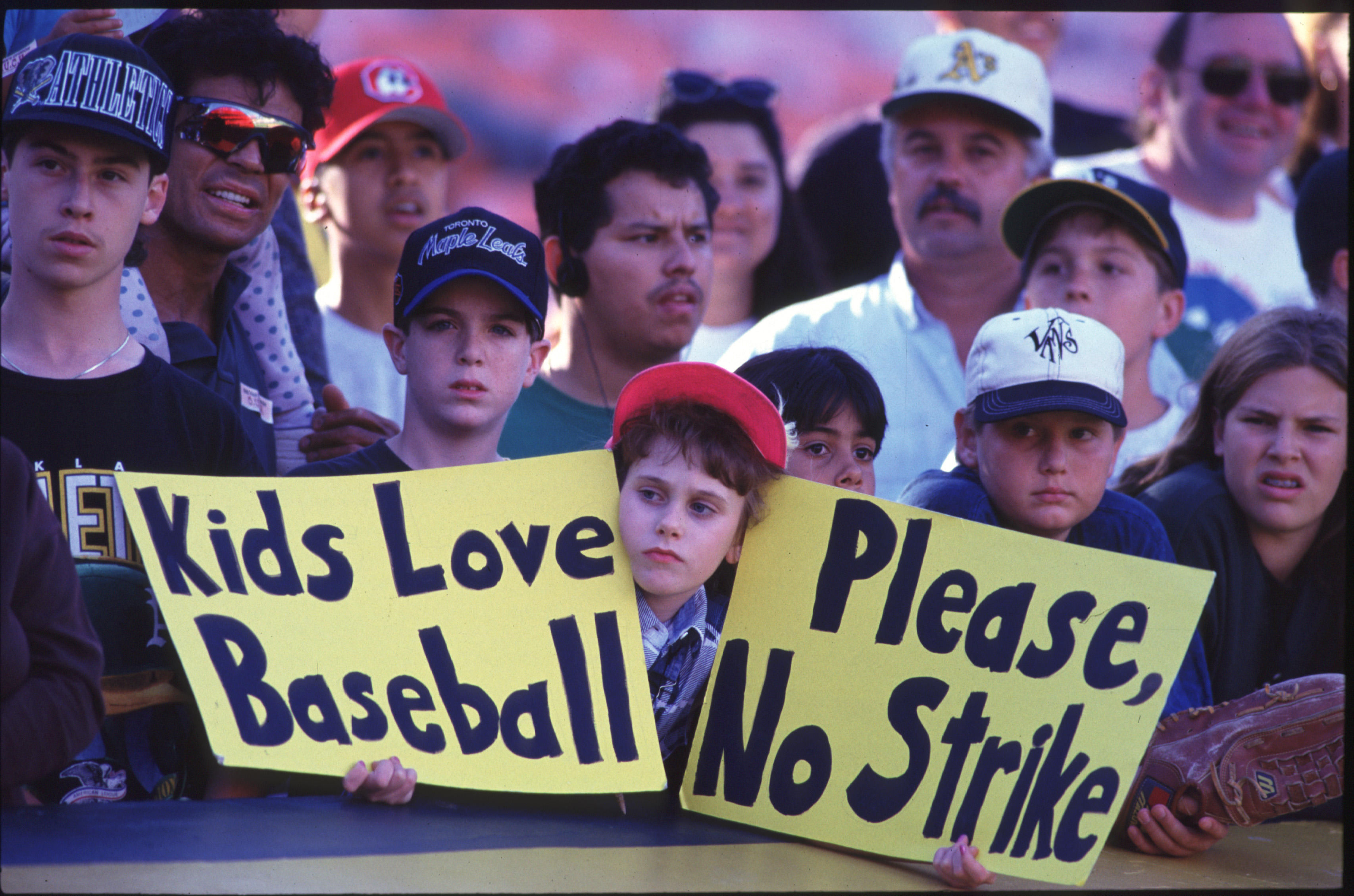 The 2004-05 NHL lockout may have cost an entire season, but Major League Baseball’s labor problems a decade earlier cost parts of two seasons.

More importantly, the work stoppage caused the cancellation of the World Series, which, since 1905, had gone uninterrupted despite two World Wars, the Great Depression and the implementation of the designated hitter.

Such a lengthy, costly strike was almost unimaginable for America's Game.

And although it was ultimately resolved, the fallout was immense. Attendance dropped, ratings dropped and many fans left, never to come back.

There is a case to be made that, even today, Major League Baseball is still crawling its way out of the hole created by what fans viewed as greedy owners, greedy players and incompetent leadership on both sides.

Finally, that bad blood created during the strike between the MLB front office and the players—and to some degree fans as well—probably had an influence on the issues that plagued the game (i.e. steroids) in the years to come. 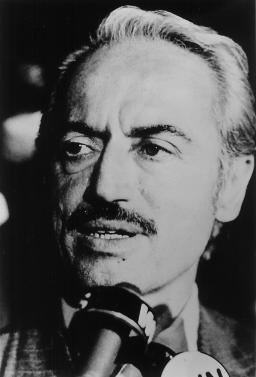 This is a list ranking the fallout of sports labor DISPUTES, not simply strikes, lockouts, work stoppages, etc.

And there was no more important labor dispute in SPORTS history than the one that was settled in the winter of 1975.

When “impartial” arbitrator Peter Seitz ruled that pitchers Andy Messersmith and Dave McNally—who had played the entire 1975 season without contracts—could become free agents, he essentially abolished the reserve clause, which kept players tied to one team no matter what the status of their previous contract.

That laid the ground work for the current system of free agency which changed baseball irrevocably in the late 1970s, early 1980s and ultimately in every major team professional sport, including the NHL, NBA and MLB.

No work stoppage ever had nearly that type of long-lasting, game-changing, history-altering impact.