Novak Djokovic: Noticeable Changes That Suggest He's Made the Next Step 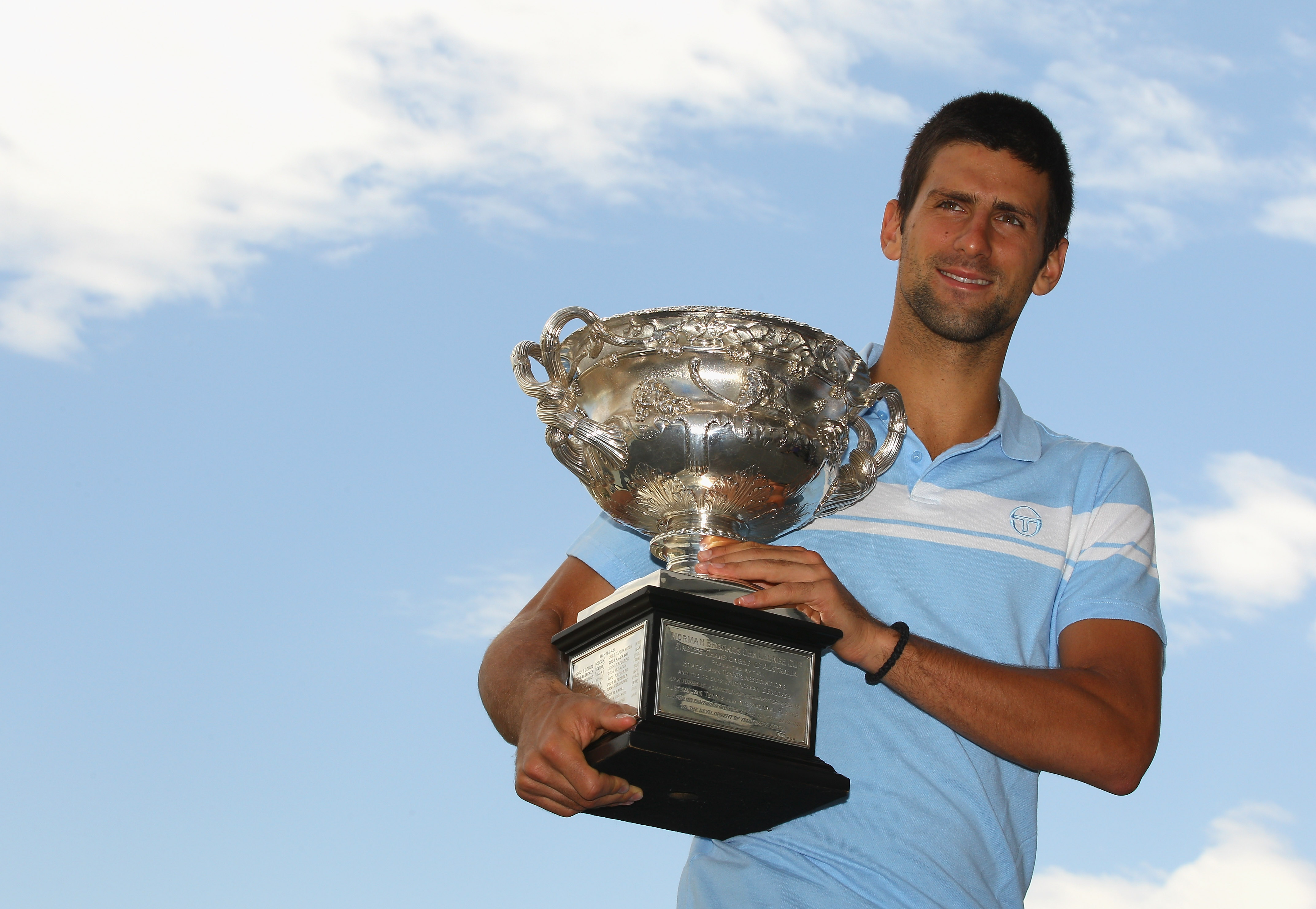 Novak Djokovic stormed onto the scene when he won the 2008 Australian Open. Many people thought that would open a floodgate of major titles for the young Serb.

Surprisingly, Djokovic hit what some would call a slump. He continued to make deep runs in big tournaments but couldn't break through on the big stage. Everything would be fine until he ran into a top opponent. He would squander chances left and right, never seeming to play at his best.

In the semifinals of the 2010 US Open, Djokovic gutted out a hard-fought, five-set victory over Roger Federer. This may be looked back at as the defining moment of Djokovic's career.

He had only beaten Federer in a Grand Slam once before, and that was in the 2008 Australian Open. Since that win, Federer had owned him on the big stage.

If Djokovic lost the US Open match to Federer, this would be a completely different story. With the win, Djokovic collected the confidence of a champion-to-be.

That brings me to this: What are seven things that imply Djokovic has crossed the line from really good to great? 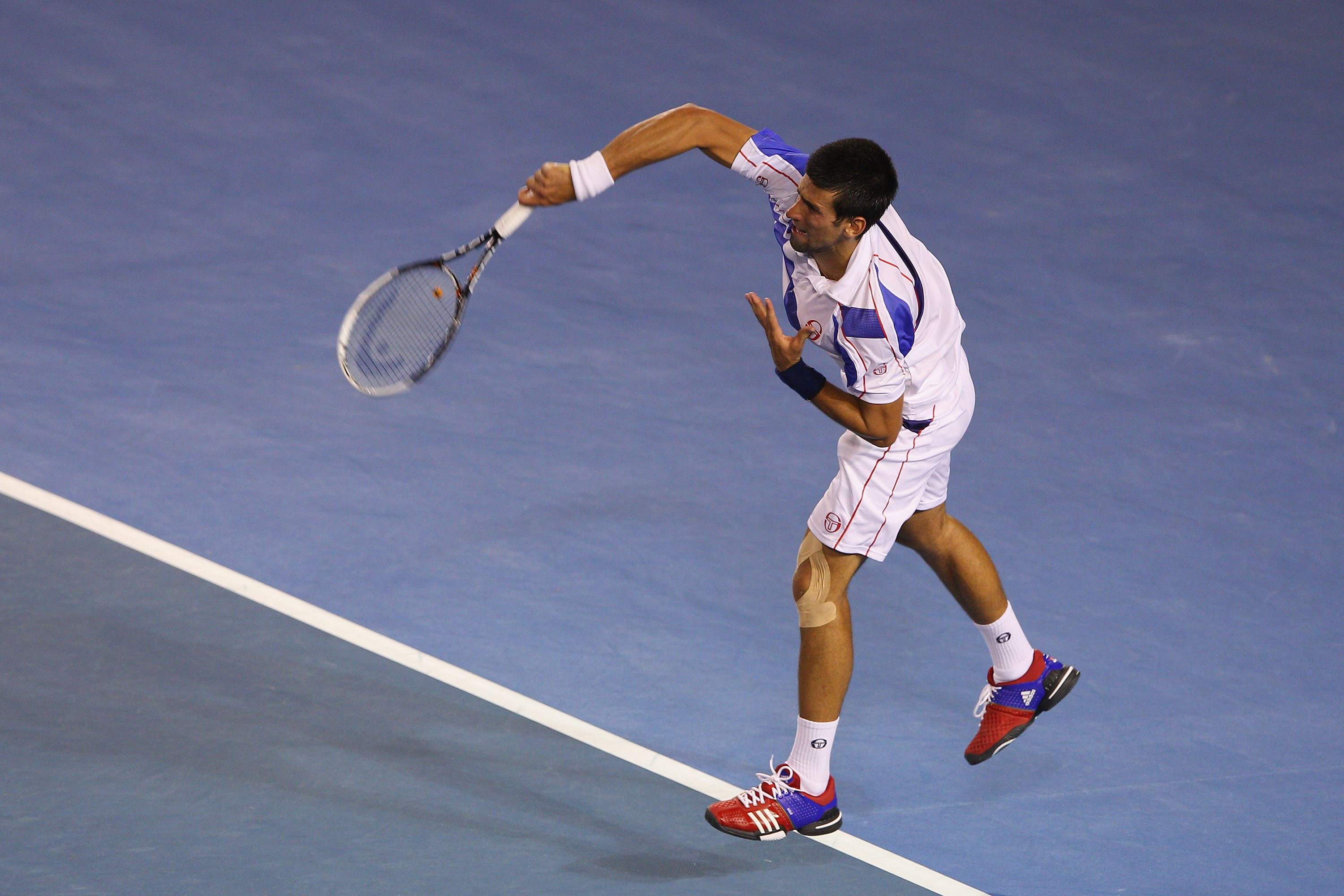 Like almost any tennis player in the world, Novak's game can't excel without a reliable first serve.

In his "slump," Djokovic struggled to make anything happen with his serve. The cold stroke cost him confidence on his usually razor-sharp groundstrokes, and he was a beatable opponent.

Djokovic is one of the toughest players on tour to beat when his serve is working because he learned to win without one. When it's on, it's another weapon in his arsenal that he uses to constantly assault his opponent.

When Djokovic's serve is hitting its spots, he's going to make any player come up with something great to come out on top—it's that simple. 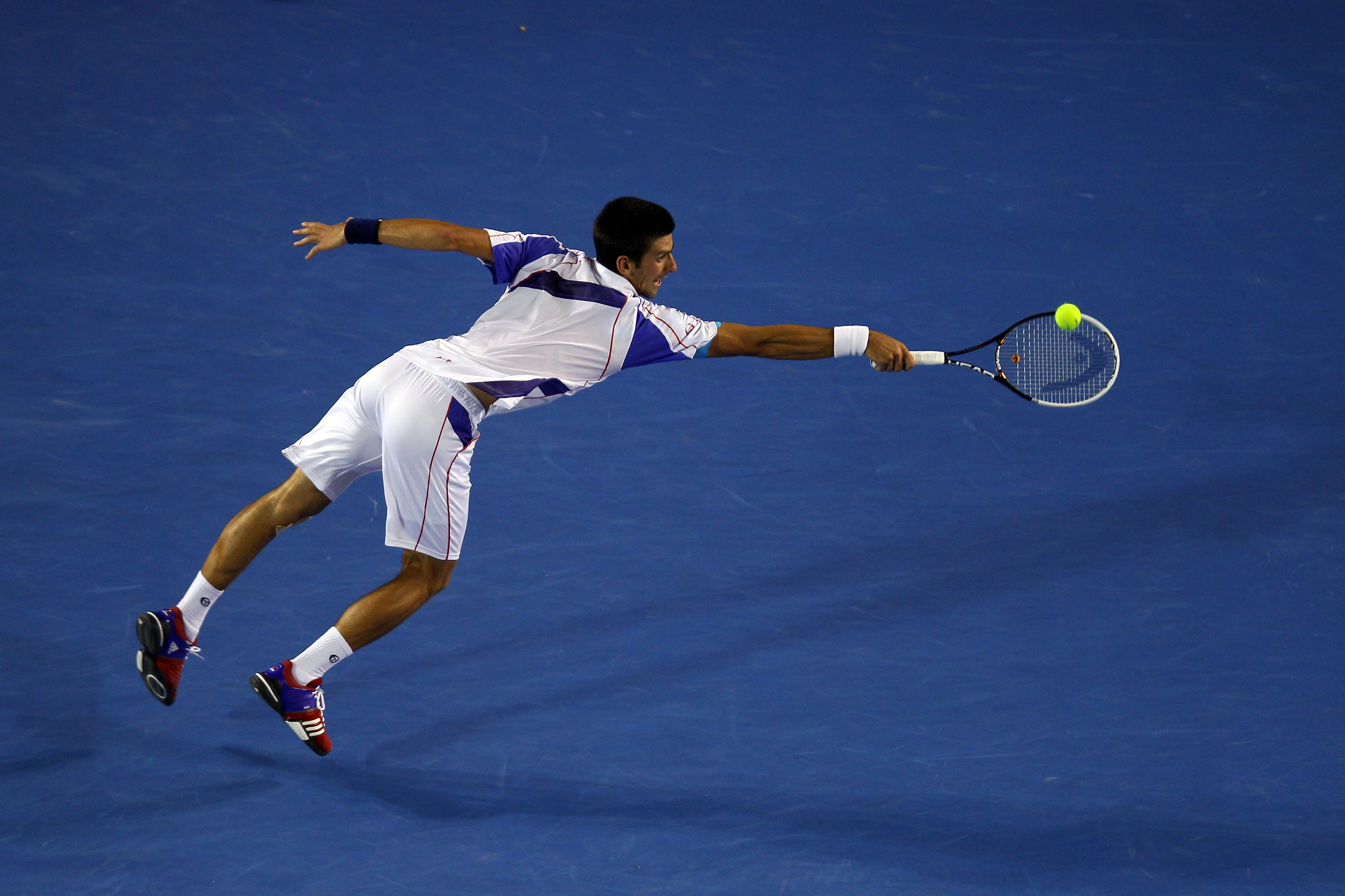 The problem with the strategy is that it would gas Novak by the end of matches. Conditioning was a huge issue for Djokovic in Australia. If temperatures rose, he would overheat and had a hard time finishing matches.

His breathing became a serious concern.

Coming into 2011, Djokovic must have worked to correct the problem and has looked great in all of his matches thus far this year. To make the next step, Djokovic knew he had to address the issue. 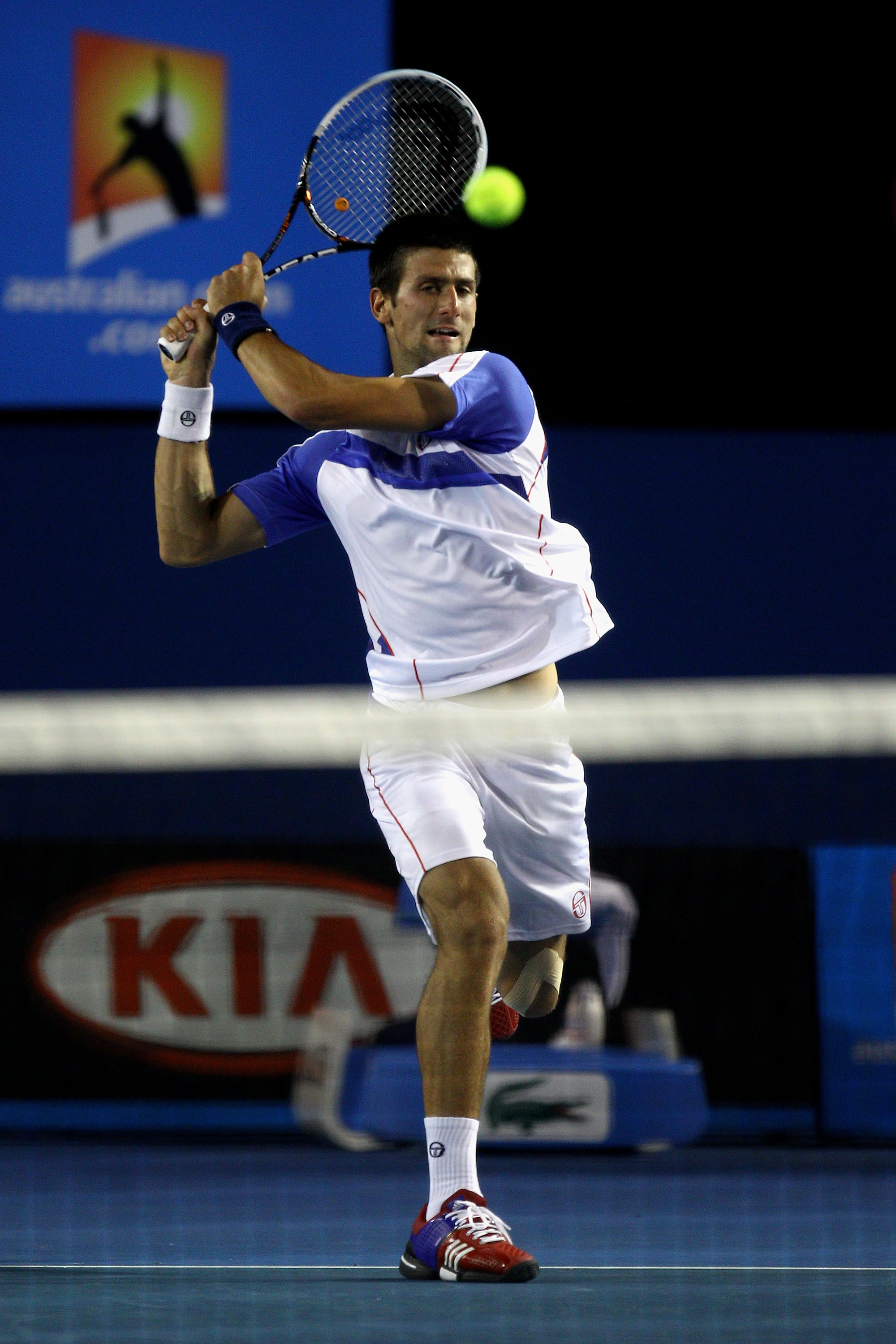 Novak broke into the national spotlight by going for his shots. As I touched on in the last slide, he loses sight of that sometimes.

When Djokovic is tight to the baseline from the beginning of the point to the end, he's at his finest. He has the ability to create offensive firepower off almost any shot thanks to incredible timing.

Djokovic gets into trouble when he starts tossing in drop shots and dropping a couple feet behind the baseline. When he's doing these things, he's at the will of his opponent. Players like Federer and Rafael Nadal will have a field day when Djokovic falls into this style.

If Novak sticks to the game plan, it's hard for other players to get into a rhythm against him. 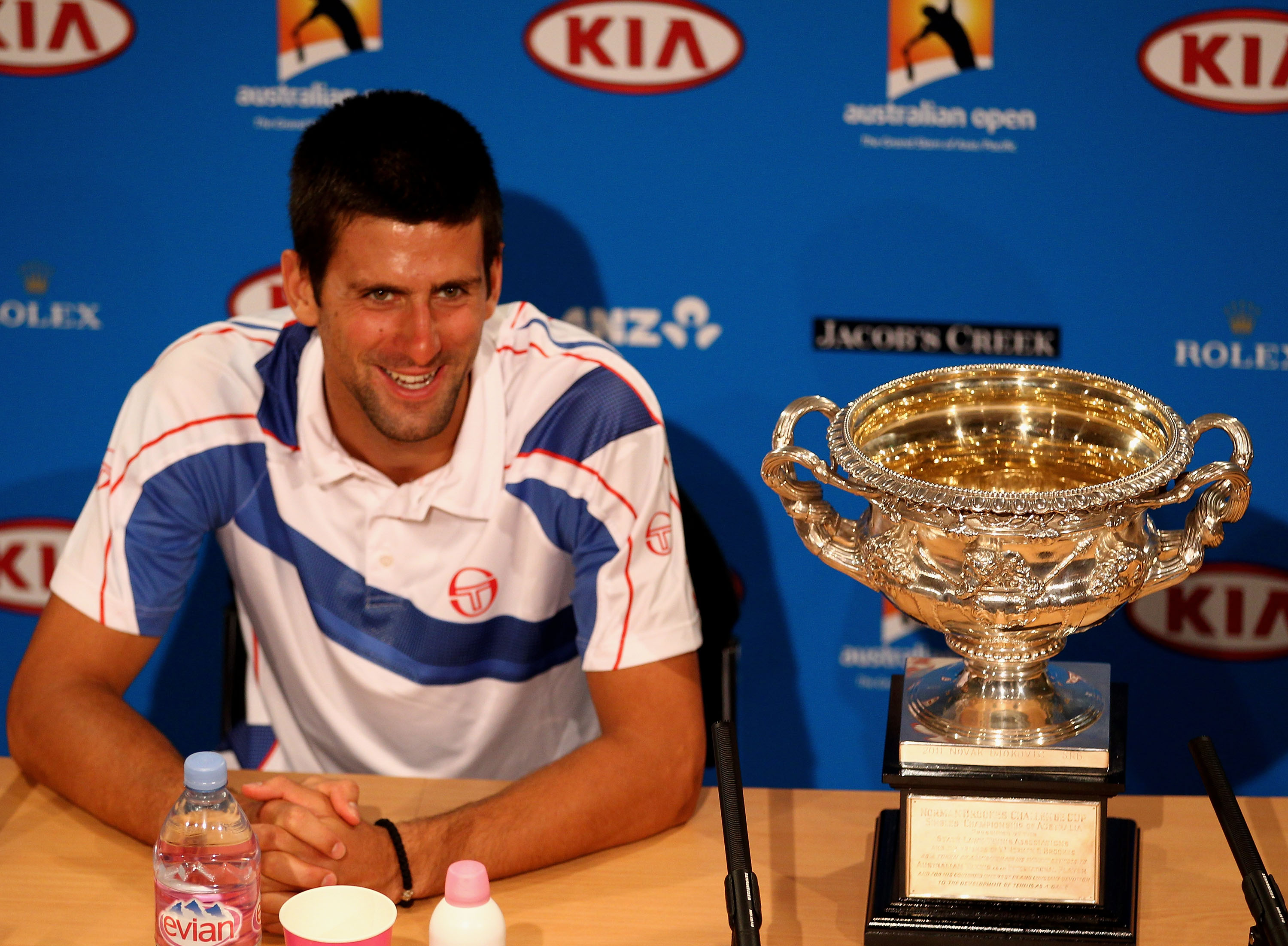 After helping his country to the Davis Cup title, he has continued to roll in 2011. Djokovic currently boasts a 14-match winning streak and two titles to go with it.

With nearly triple as many wins as losses in his career, Novak is no stranger to winning. The tricky part is winning consecutive matches and tournaments. With the streak, Djokovic has moved to within 100 points of Federer in the rankings.

Another tournament title would almost assure a second stint at No. 2 in the world for the 23-year-old. 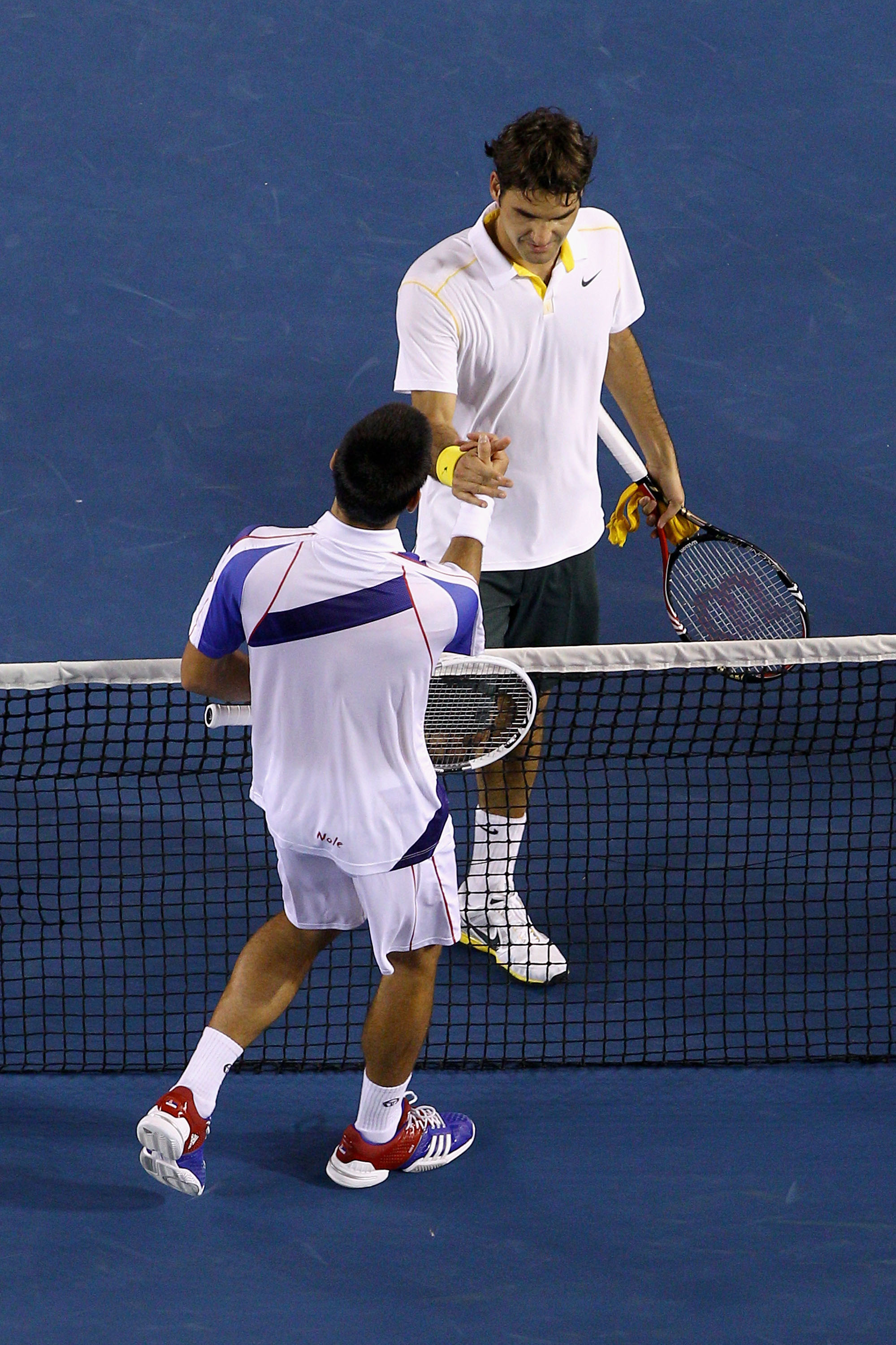 Rarely in the past decade has anyone beaten Roger Federer in straight sets. Novak Djokovic has done it twice in the last month.

When he's at his best, Novak can really take it to one of tennis' best of all time. Djokovic takes time away from Federer and pounds the ball to Fed's backhand.

In their last match, Djokovic claimed the Dubai title when he defeated Federer 6-3, 6-3.

This type of scoreline is unheard for someone opposing Roger in a tournament final. Federer usually saves his best tennis for the end of a tournament, and if he makes a final, he regularly comes out on top.

Federer is 67-29 in finals after the loss to Djokovic.

If Djokovic posts a win over Federer in the French Open, the press will hound Federer, questioning his ability to continue his greatness. 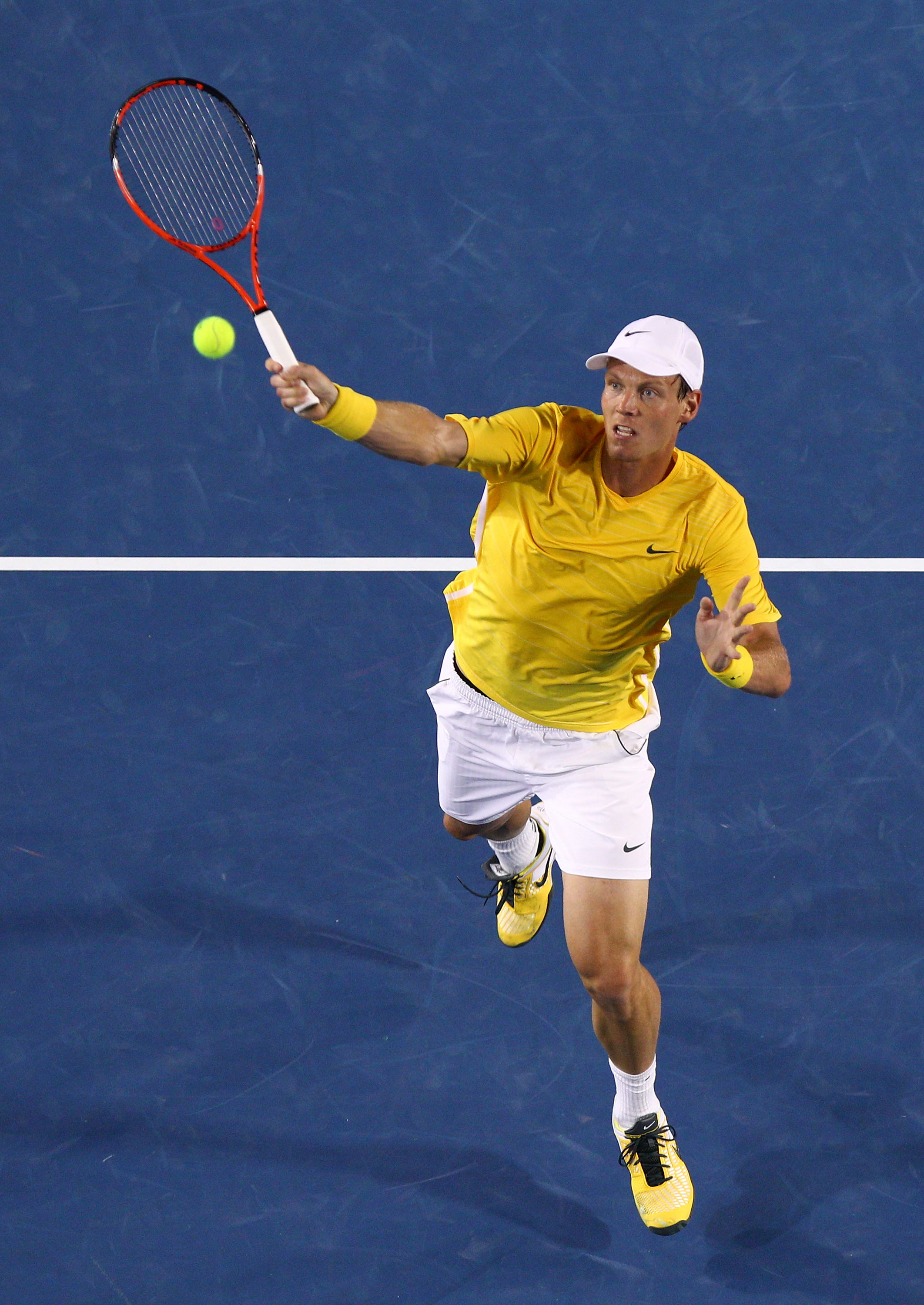 The best: In these five victories, Djokovic has won 13 sets. He has only dropped one.

The set that he lost was in a tiebreaker. Other than that, Novak has come out on top in every other set against top-tier competition. The match against Tomas Berdych where he lost a set was admittedly a terrible performance by Djokovic.

He would rebound to win the next set and eventually the match after Berdych retired. Next, he dismissed Federer in impressive fashion.

This is the most focused Djokovic has ever been. We'll see how long that confidence and swagger will carry on. 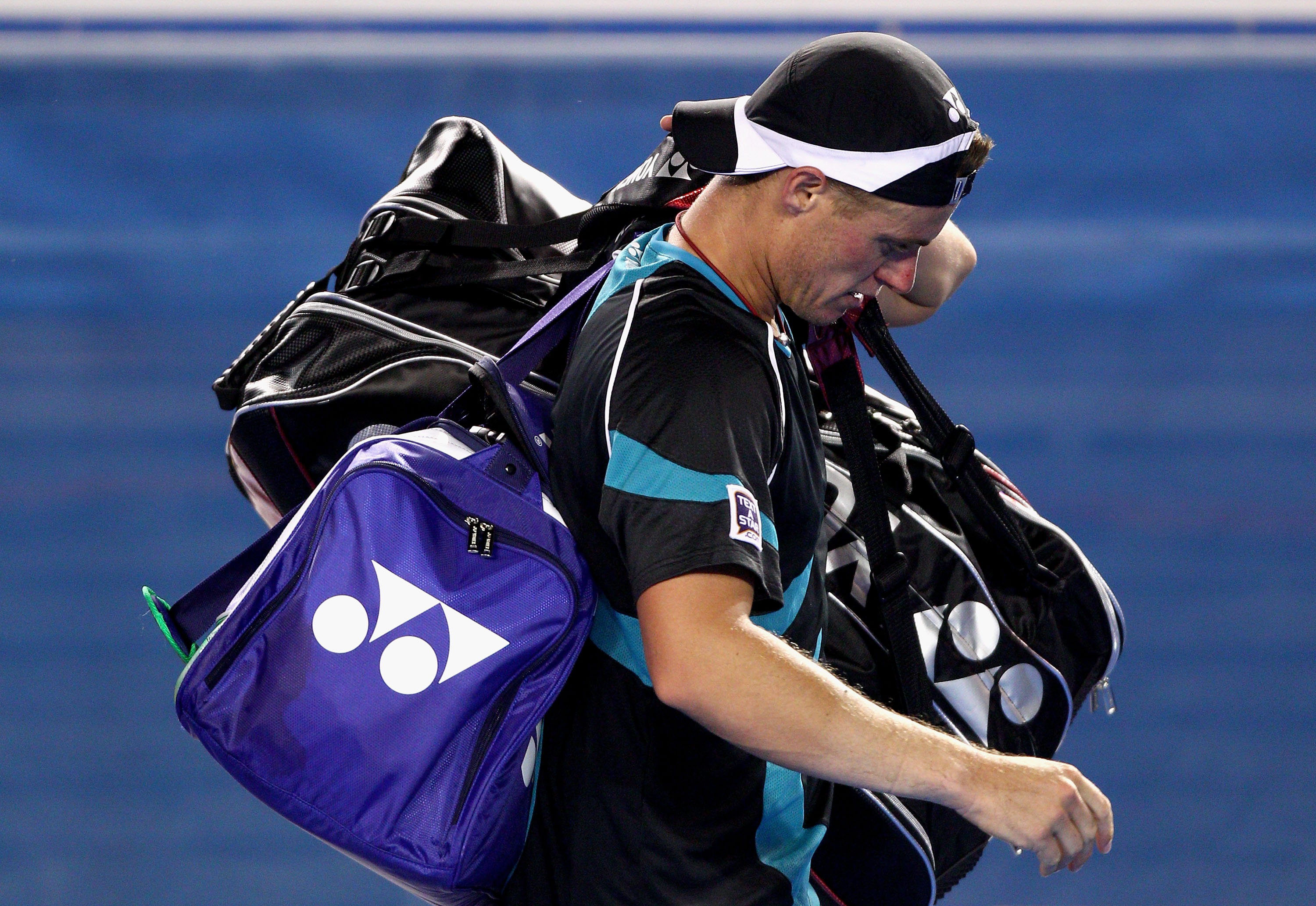 Roger Federer has 16 major titles. Rafael Nadal has nine to his name. After that, there is a tie for third among active players.

Djokovic is tied with Lleyton Hewitt with two majors in their respective careers. The difference lies in the timing of the Grand Slam victories.

Hewitt won in 2001 and 2002. Djokovic captured his championships in 2008 and 2011. Hewitt has seen his prime come and go, while Djokovic may be just entering his. Therefore, Hewitt doesn't really provide a threat to Djokovic as the third-favorite contender in any major.

This makes Novak the player with the best odds outside of Federer and Nadal to win a major title. Some may argue for Andy Roddick in terms of experience, but Djokovic has the better all-court game.

Honestly, if Djokovic ends this season without competing in another Slam final, it will have been a disappointing season for him.

Djokovic needs to push the pedal to the metal and try to break through while his game is at the level it's at now.