You know, that guy who helped lead the Tigers to a BCS title this season, racking up 56 tackles, 12 sacks and an interception along the way.

Well, I'm here to tell you the reasons Nick Fairley could turn out not to be as good as advertised or why he will be passed up in the 2011 NFL Draft.

Will this Tiger roar or meow?

Here are the 10 reasons Auburn defensive tackle Nick Fairley's stock could be plummeting. 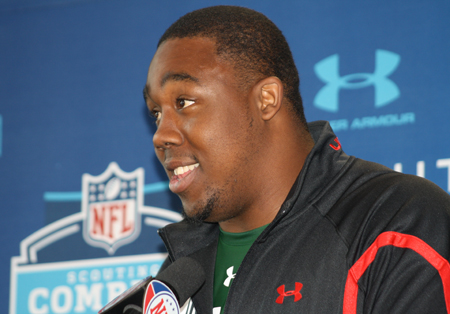 If there is indeed a lockout, and players and owners come grumbling and stumbling out of their "meeting", then that could change things in the draft.

For example, teams looking to free agency for a top quarterback could be forced to turn to the draft, thus passing up Nick Fairley for a primary need.

It just so happens many teams in this draft could conceivably pick a QB early, including the Carolina Panthers (No. 1), Denver Broncos (No. 2), Buffalo Bills (No. 3), Cincinnati Bengals (No. 4), Arizona Cardinals (No. 5)...want me to keep going?

OK, I think you've got the idea by now.

9. Won't Be Able To Use His 'Dirty' Tactics Against NFL Players

Opponents complained throughout the season that Fairley was a dirty player.

It's debatable what exactly "dirty play" is in the trenches, but it probably has to take something extraordinary to raise a fuss.

NFL players aren't going to be pushed around as easily, nor will he get the benefit of the doubt as a rookie in the league. 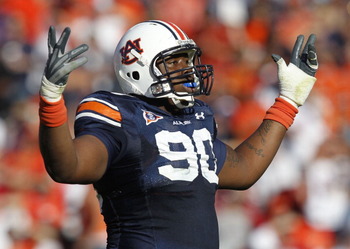 While teammate Cam Newton has been embroiled in controversy ever since it was discovered his father tried to sell him to Mississippi State in a pay-for-play scheme, Nick Fairley has kept relatively quiet.

He's done enough to be considered a top pick; simply keeping mum and minding his manners is probably the best course of action.

But scouts could look at his alleged dirty play as a warning sign.

Will Fairley become the next Albert Haynesworth? 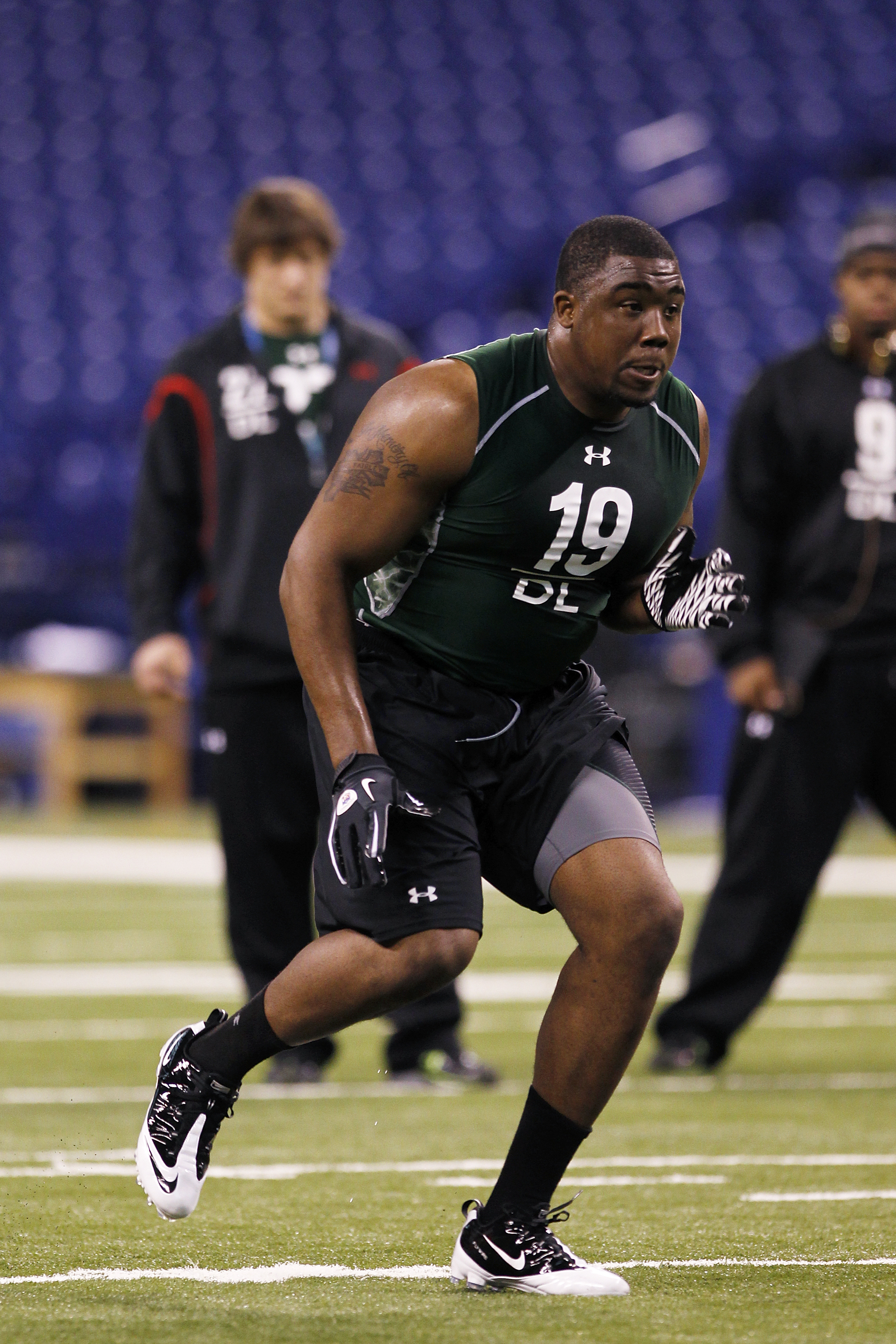 Consistency is one of the main things scouts look at from players; not if they can make a big play every once in a while, but if their motor is constantly running.

Nick Fairley certainly isn't the most striking physical specimen, and some have issues with his size, both of which could lead to diminished productivity on every down in the NFL.

Speaking of his physique and size... 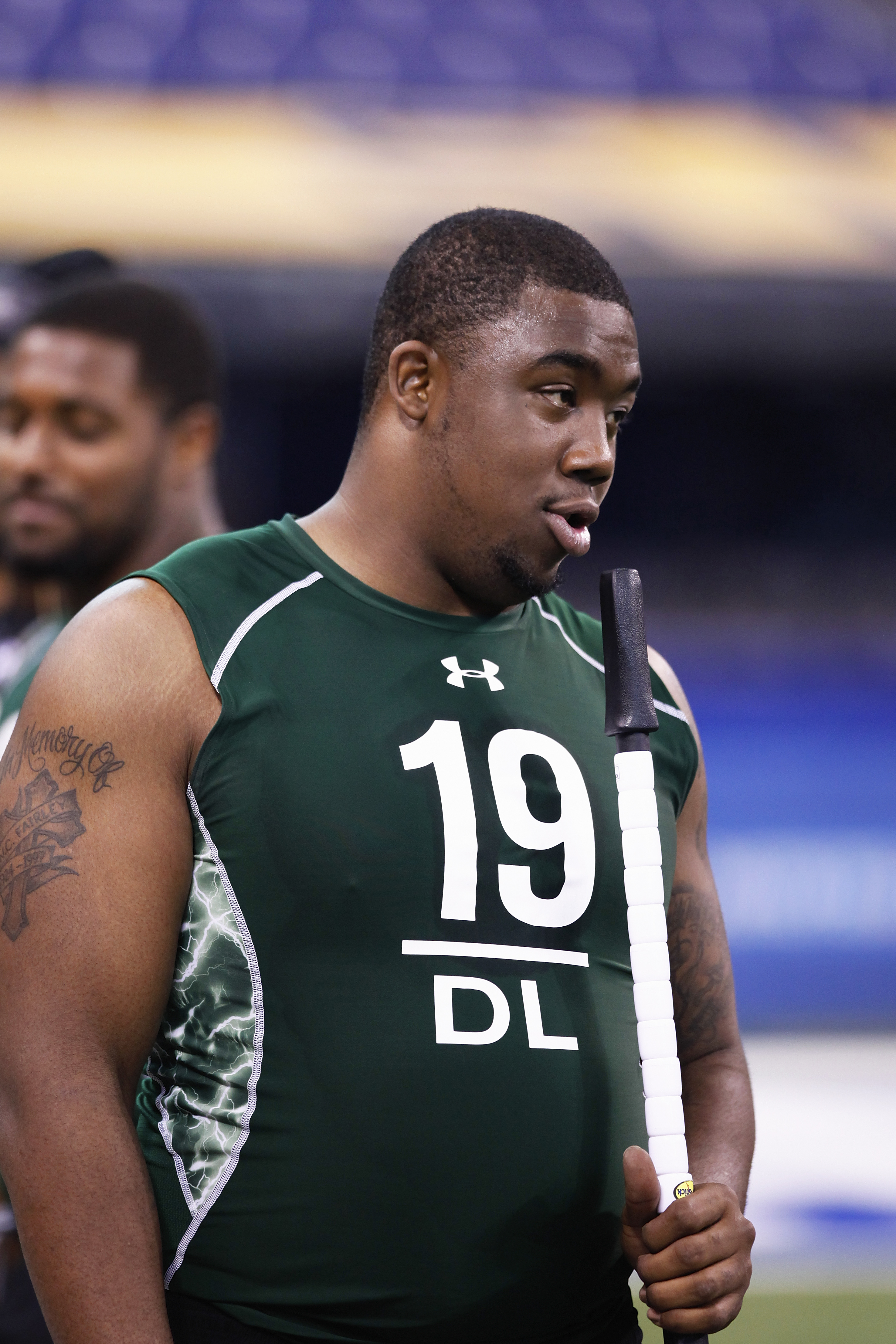 It sounds trivial, but a mere 10 pounds can be the difference between a defensive lineman being deemed okay by NFL scouts or vastly "undersized."

Fairley reportedly weighed in at 291 pounds on Saturday at the combine; NFL scouts start getting concerned the farther away a defensive tackle gets from 300 pounds.

Have you seen some of the behemoths that clog the middle?

5. He Certainly Doesn't Have a Riveting Physique 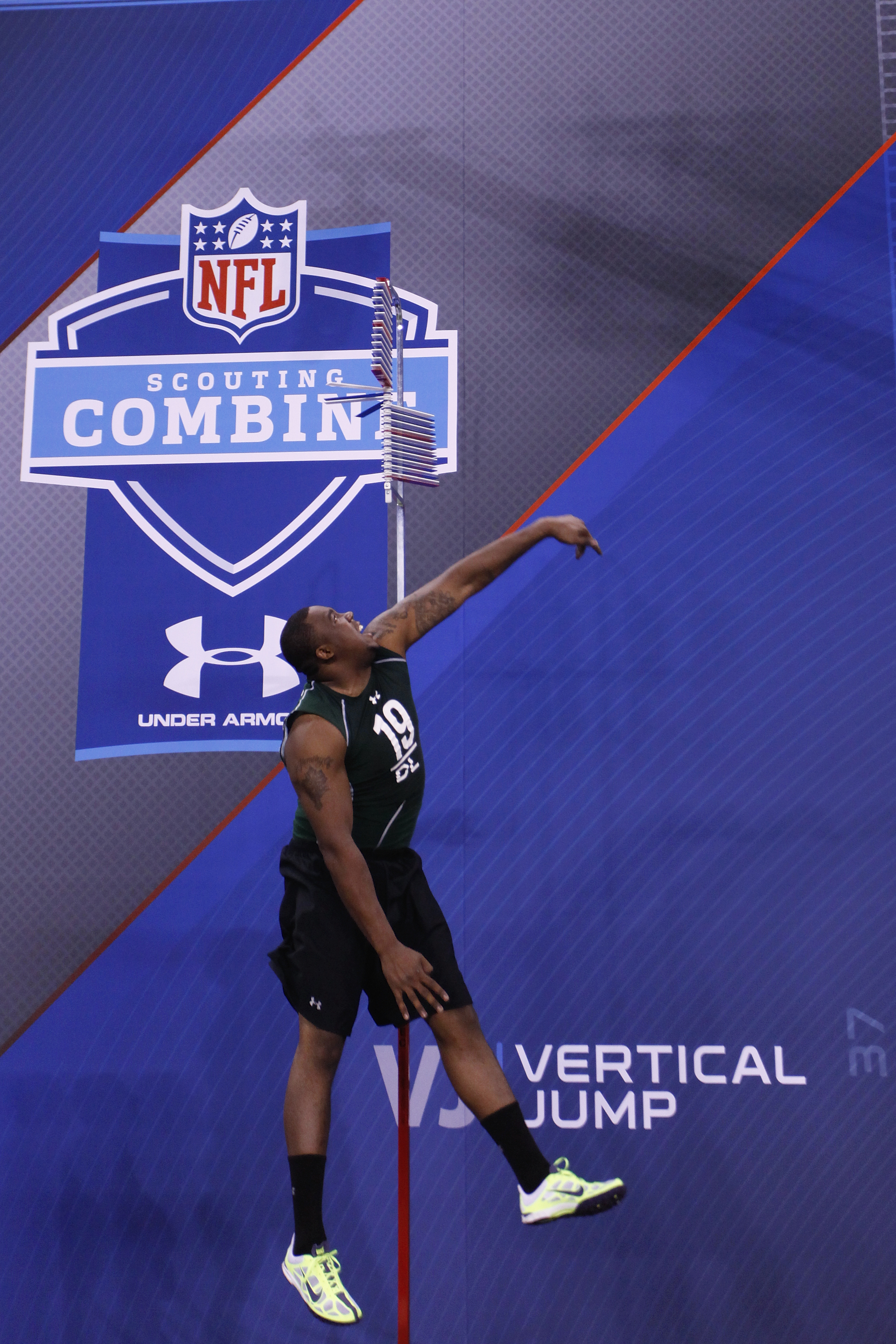 With all the gymheads that show up at the combine trying to look like San Francisco's Vernon Davis, a guy like Nick Fairley can be overshadowed a bit.

It's like being the biggest in your class—until a bully stops by and pours milk in your ear.

Some of the nitpickings that have emerged from Fairley's workouts concern his looks.

Just by looking at him, he certainly doesn't seem like he could dominate in the NFL.

But, then again, he dominated in college football with more athletic players surrounding him.

There have been plenty of one-year wonders in this age.

Players who explode for one year, then quickly enter the NFL Draft before they're ready, only to disappoint another franchise that thought they had the next non-one-year wonder.

One year is not the greatest sample size to be giving millions of dollars to a kid in hopes of him resurrecting your franchise. 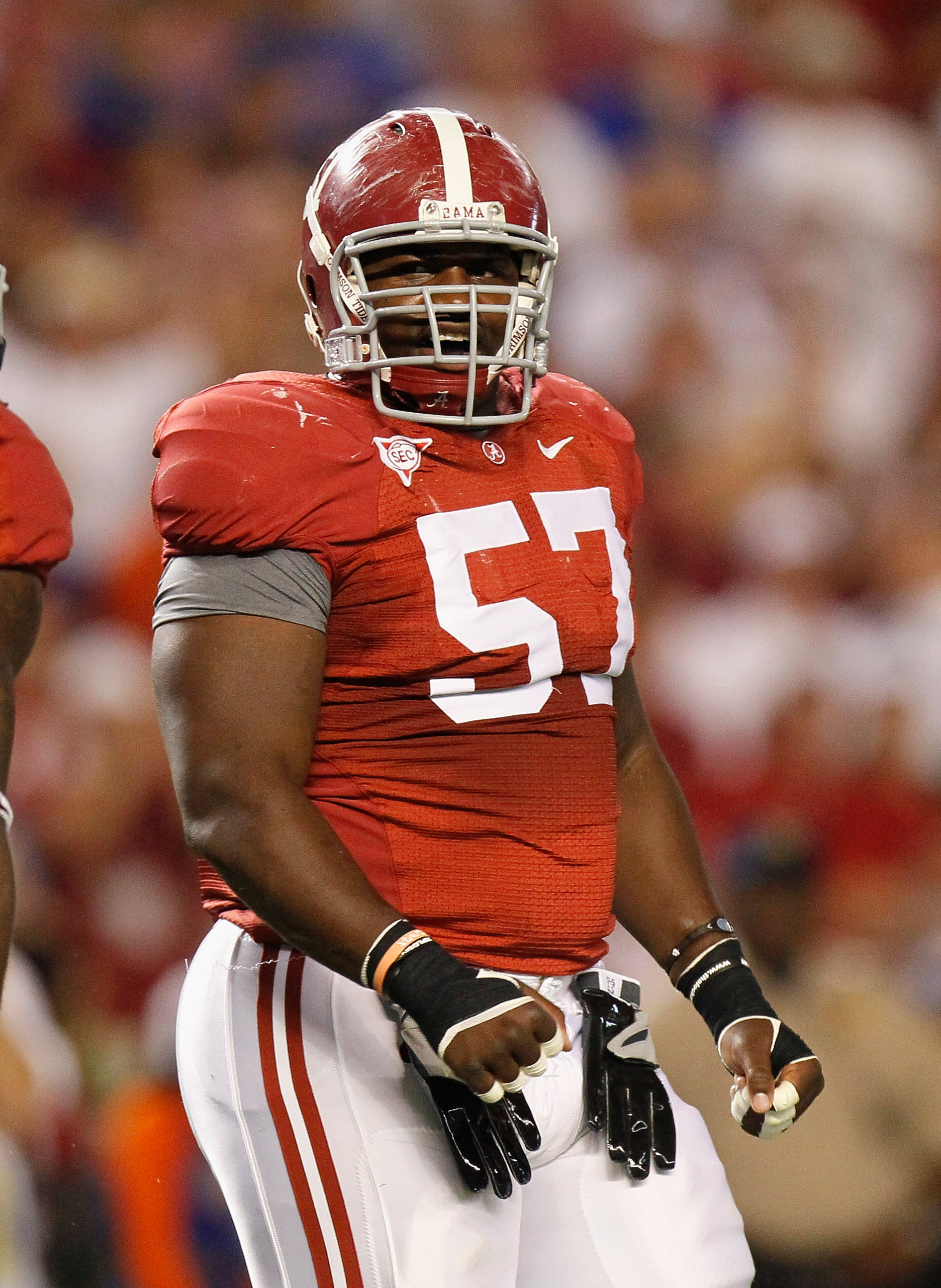 Word out of the combine is that the race to be the first defensive lineman taken is between Fairley and Alabama's Marcell Dareus.

On Monday, Dareus ran a better 10-yard split in the 40 than Fairley, despite being 28 pounds heavier, listed at 319.

Dareus' performance at the combine already had analyst Mike Mayock saying he saw him as the No. 1 defensive tackle.

If Dareus rises above Fairley, who knows how the draft will unravel?

There tends to be a domino effect during NFL drafts. 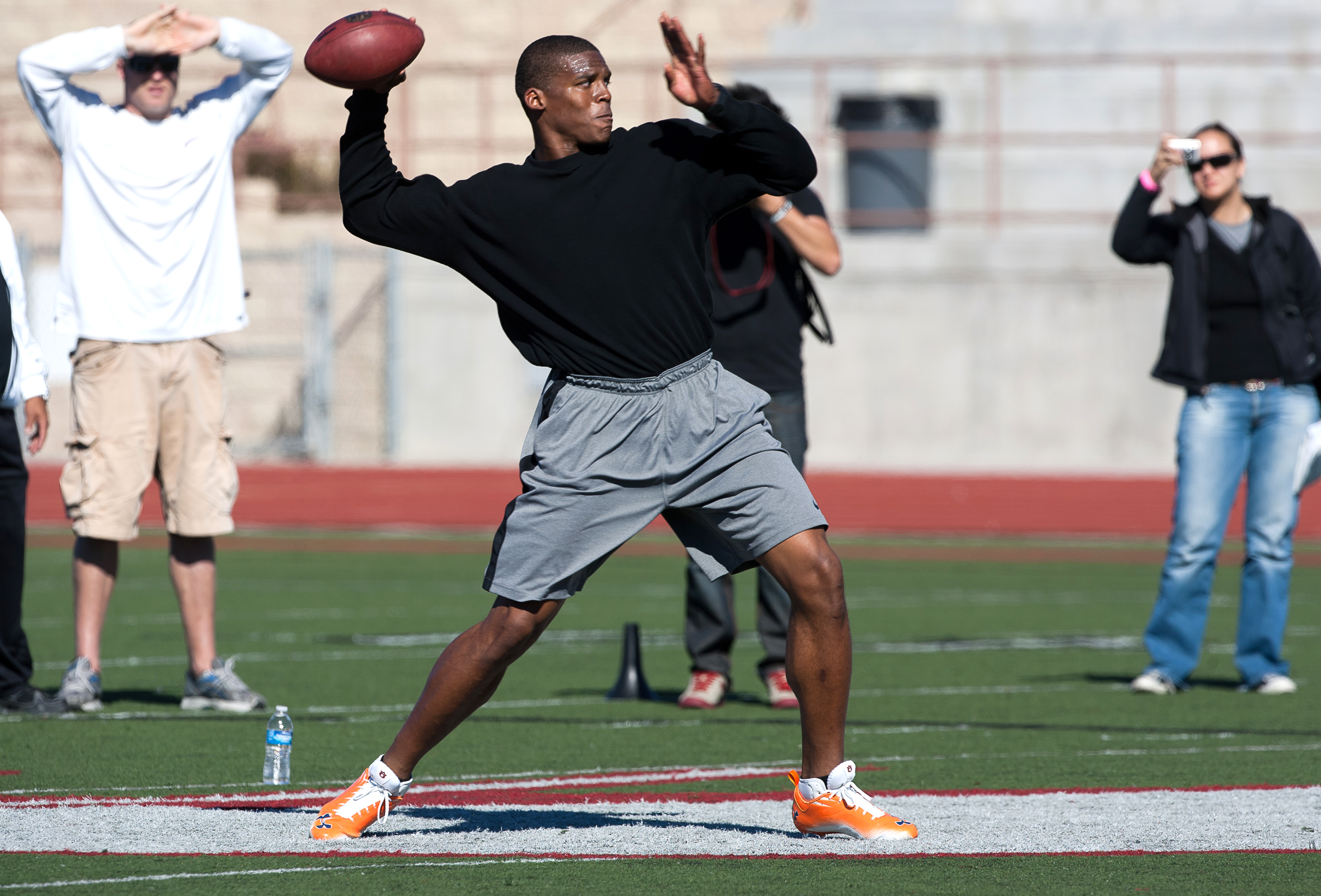 Perhaps one of the greatest threats to Nick Fairley's stock in the 2011 NFL Draft comes in the form of his own teammate, top quarterback Cameron Newton.

Some experts have Newton going No. 1 to the Carolina Panthers instead of Fairley, especially since Newton impressed during the workouts and interviews.

If Newton goes No. 1, how will that affect the draft?

Will teams start following the lead? 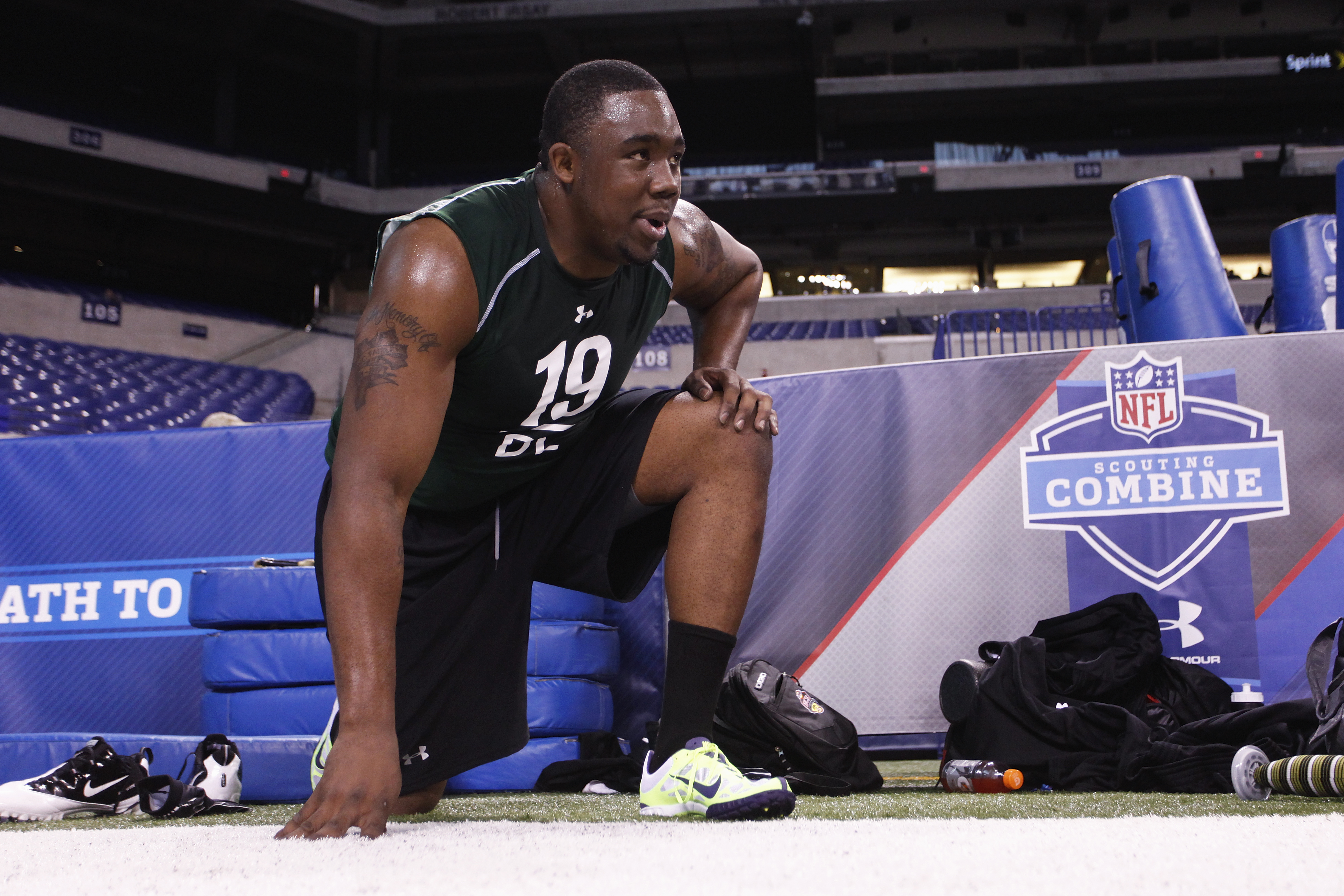 Really the biggest danger I see for Fairley is if the NFL scouts come away from the combine pleasantly surprised by what the top incoming quarterbacks displayed.

Newton has impressed. Washington's Jake Locker has looked nothing like the guy who played this season, and that's a good thing for him.

And despite Arkansas' Ryan Mallett not doing himself any favors with a contentious, biting press conference, he did impress in throwing drills.

Will this turn into the Year of the Quarterback?