Dale Earnhardt Jr.: 10 Bold Predictions for the Rest of the Season

With his new crew chief Steve Latarte, Dale Jr. has brought his swagger back and he is not happy running around in the back of the pack anymore.

Earnhardt has had several opportunities to tally a win this season and if he had put the bumper to Kevin Harvick just a little more decisively in Martinsville he may have ripped the monkey of his back.

Now after pushing Jimmie Johnson to victory at Talladega, Dale Jr. is still in the top five as the weather is beginning to warm up.

10. Will Win One Race at Pocono This Year

Considering Dale Earnhardt Jr. has never won at Pocono Raceway and his best finish is second, this is a bold prediction.

Power is the key to winning any of the large non restrictor plate tracks and Dale Jr. has some massive power under the hood of his Hendrick Motorsports Chevy.

Pocono is always a tough track to master but Dale Jr. has the experience and despite never winning on this track he has finished well in several races.  the closest he came to a win was in his last season with DEI.

He grabbed the pole and finished second in a race he felt he should have won.

9. Will Make the NASCAR Chase 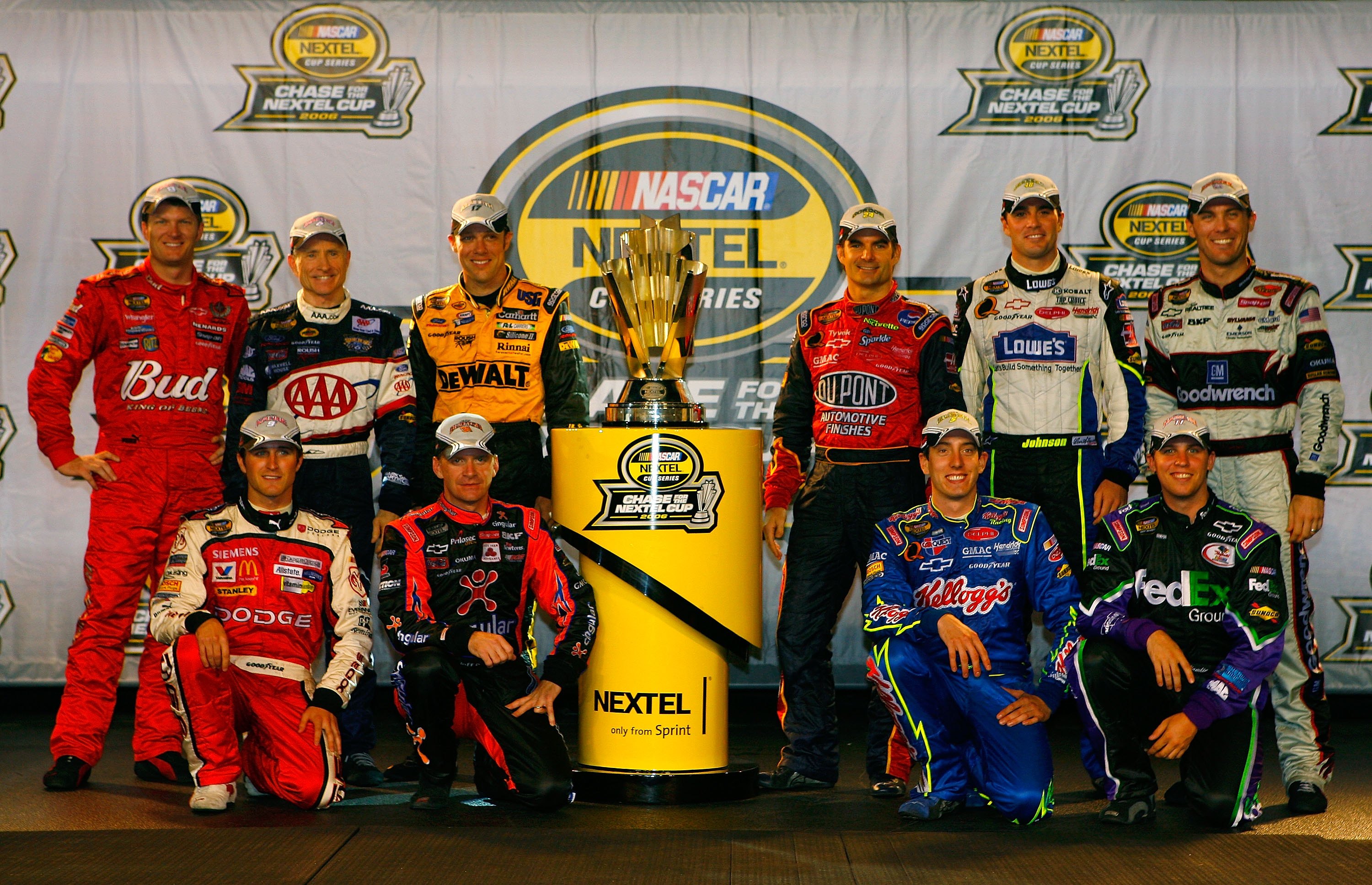 In the past it was never a challenge for Dale Jr. to make the Chase.Rusty Jarrett/Getty Images

This prediction is not a tough one.  Dale Earnhardt Jr. would have to head south quickly for him not to make the NASCAR Chase this season.

He has a golden opportunity to turn his career around by making the Chase in the top five.

After Dale Jr's poor showing at Richmond he should be able to regain focus for the summer months.

8. Will Finish Ahead of Jimmie Johnson in Points

Dale Earnhardt Jr. pushed Jimmie Johnson to victory in Talladega but he will finish ahead of him in the standings.Chris Graythen/Getty Images

Dale Earnhardt Jr. may have pushed Jimmie Johnson to the victory at the Talladega Superspeedway but he will finish ahead of him in the final standings once the dust settles in Homestead.

Dale Earnhardt Jr. and Steve Latarte are working well together and once they win a few races together the confidence will steamroll.

There are potentially five tracks where Dale Earnhardt Jr can take home a win.

Steve Latarte is a master tactician and strategist and when he has an opportunity late in a race to take a chance he will not hesitate to take it.  This will add up to wins and bonus points for the No. 88 crew. 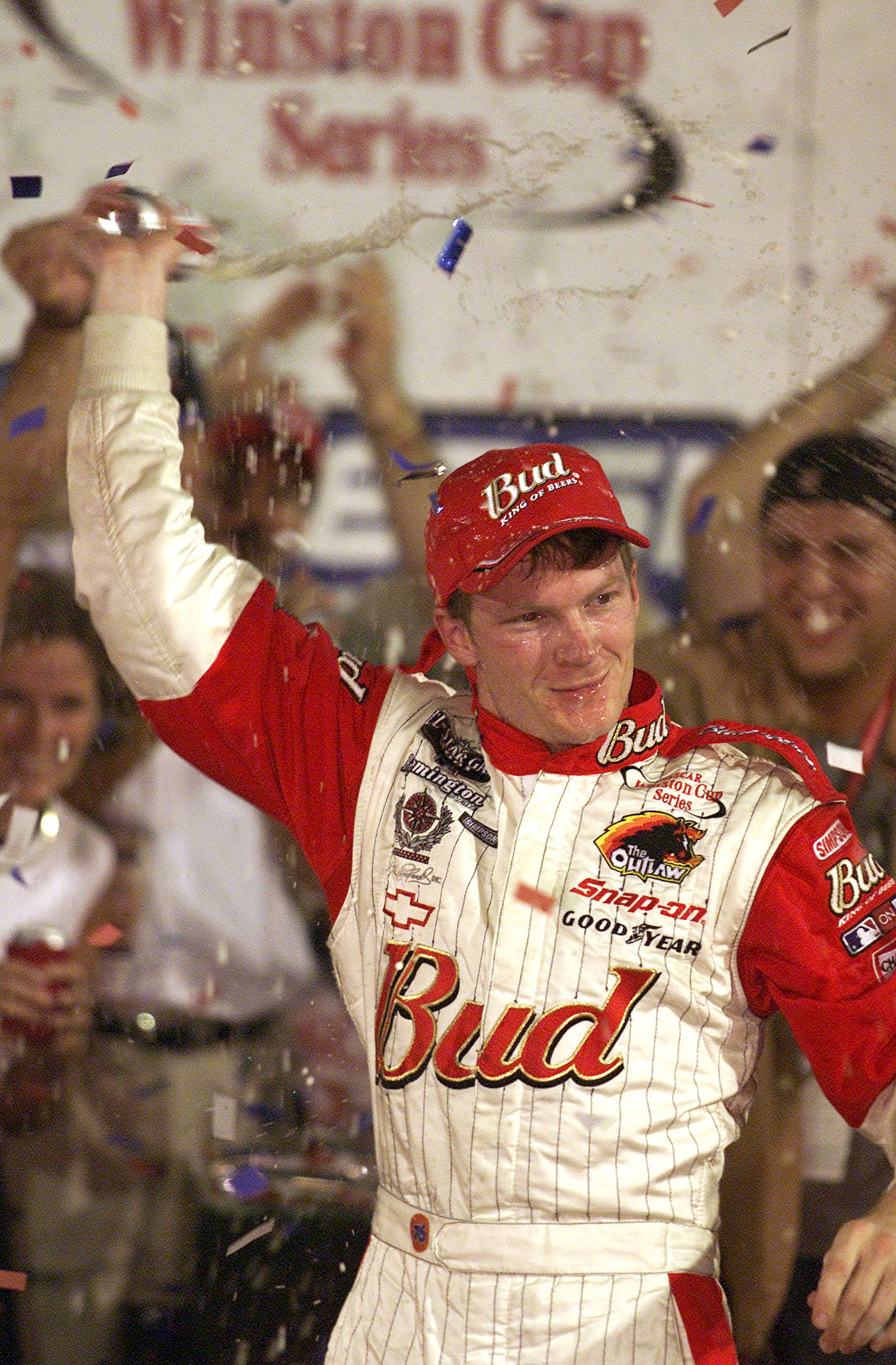 Daytona is a special place with special meaning to Dale Earnhardt Jr.  It is the track that took his father's life but it is also like a second home to him.

Every time he straps in at the legendary track he has an opportunity to win.

Steve Latarte understands the love/hate feelings Dale Jr. has regarding this track and he is still upset they could not take home the hardware in the Daytona 500.

This race will be different and it will be the rallying point for the No,88 team's summer run. 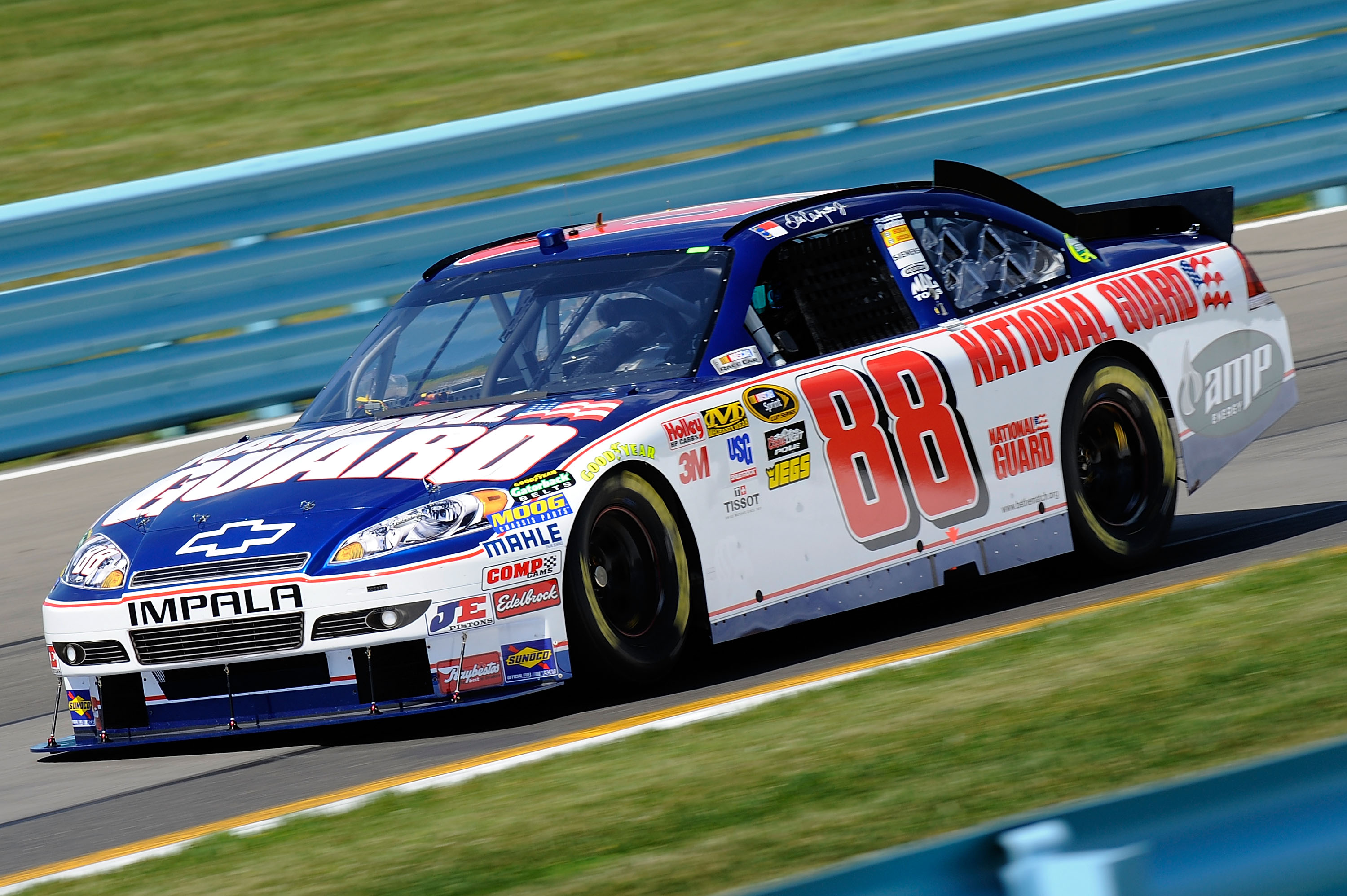 How about this for a bold prediction?  Dale Earnhardt Jr. has never finished in the top 10 at Infineon Raceway.

He has a second-place finish in Watkins Glen and several top fives but no wins on either road course.

Dale Jr's performance on these tracks of late has been poor to say the least.  Steve Latarte has a good black book on the road courses and he will help Dale Jr. overachieve in this year's two road races.

Look for the No. 88 team to use short pitting and fuel strategy to challenge for a win and big points days.

5. Win the Richmond Race Heading into the Chase

finishing 19th in Richmond was a sobering night for Dale Jr.Drew Hallowell/Getty Images

Dale Earnhardt Jr. drove the wheels off his car in the April 30 race and finished 19th.  Dale Jr. did not elect to any interviews following the race and was visibly frustrated.

Steve Latarte is a master at breaking down a loss like this and coming back with a better car for the second race.

Look for the No. 88 team to be a front runner in the September race and a win is in the cards for this team.

By this time of the season the No. 88 team will be the Hendrick Motorsports best team and they will be the team to beat heading into the NASCAR Chase.

4. Phoenix Is Another Track Where Dale Jr, Will Win 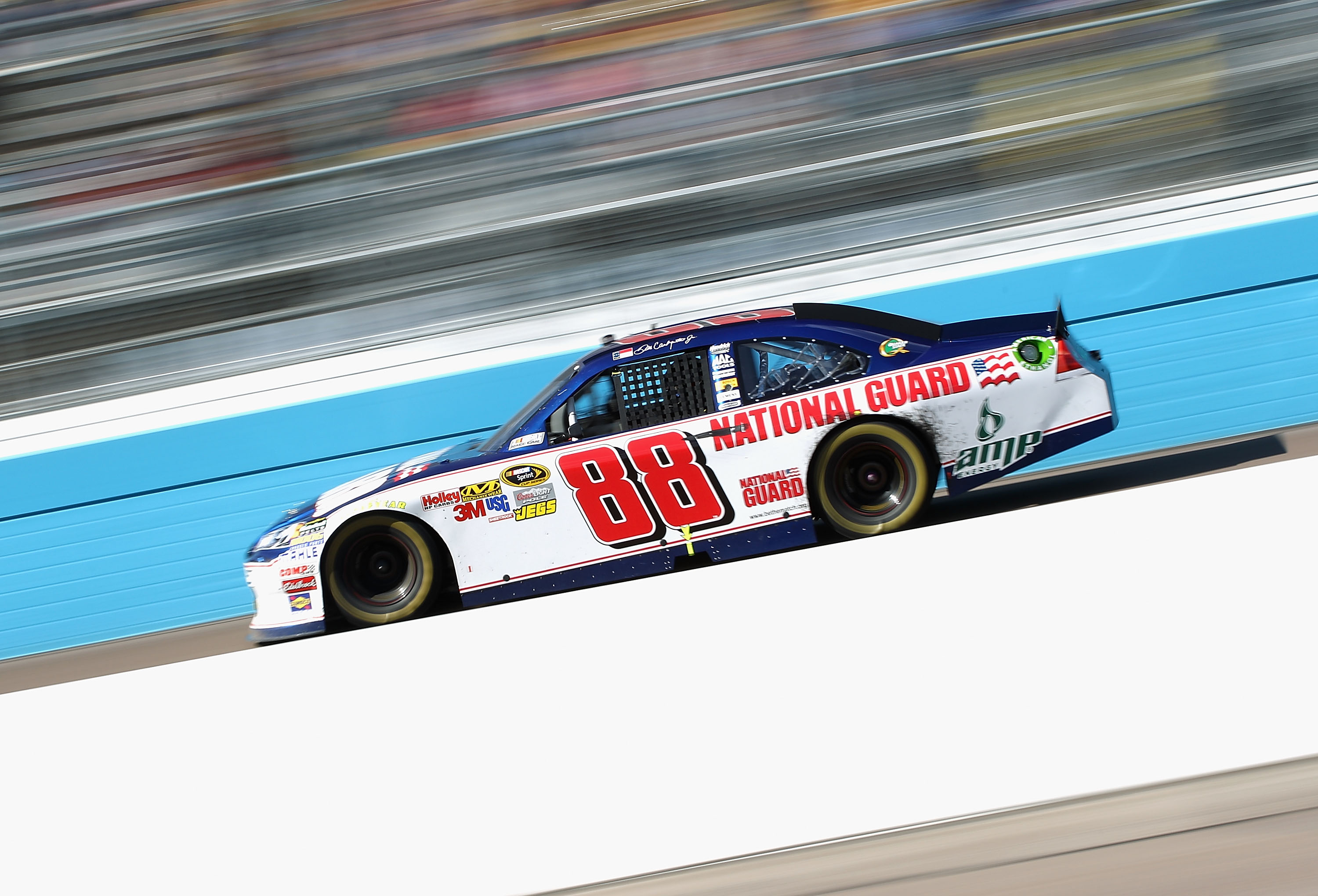 Hendrick Motorsports and Dale Earnhardt Jr. both have a history on the Phoenix International Raceway.

Dale Jr. has won twice and Steve Latarte's last win on this track was the win that tied Jeff Gordon and Dale Earnhardt Sr. for wins.

Dale Jr. has not finished in the top five since 2008 on the PIR mile course but this is a new configuration for the November race and the asphalt will be fresh.

Look for Dale Jr. to win this race an notch his fifth win of the season. 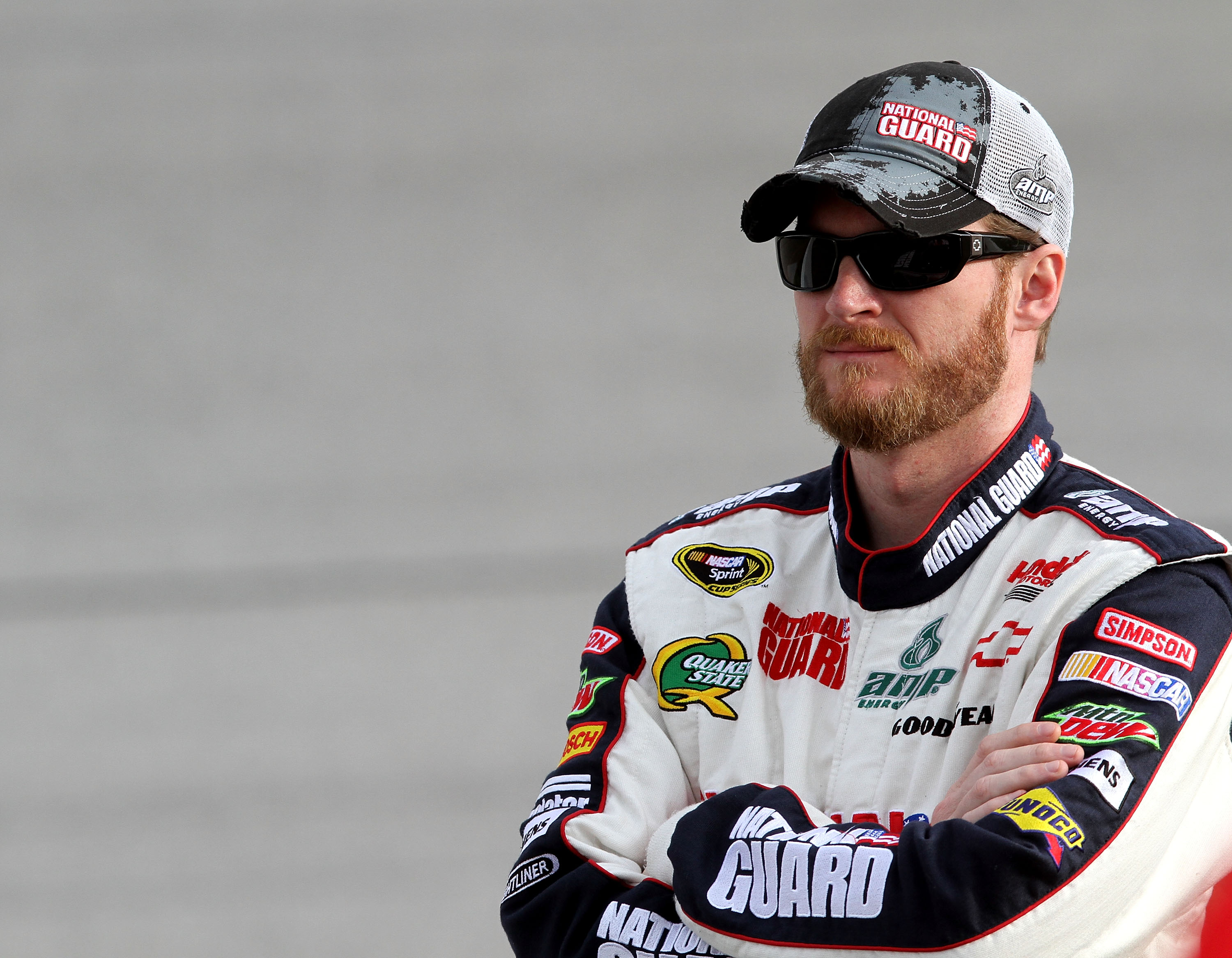 Dale Earnhardt Jr. will be in first place when the Chase begins.Jerry Markland/Getty Images

After the 19th place at Richmond it is tough to make this prediction but Dale Earnhardt Jr. will holding onto the top spot when the NASCAR Race to the Chase commences.

Dale Jr. has hovered around the top spot all season and a couple wins will help put him over the top.

Consistency is the key for Dale Earnhardt Jr but once he wins his first race this season the confidence boost will be what puts him over the top.

The key to winning a title and taking the points lead is also engine reliability.  The Hendrick Motorsports engines are flawless this season and another reason for Dale Jr. to be on top when the Chase begins.

2. Win in Michigan for Father's Day 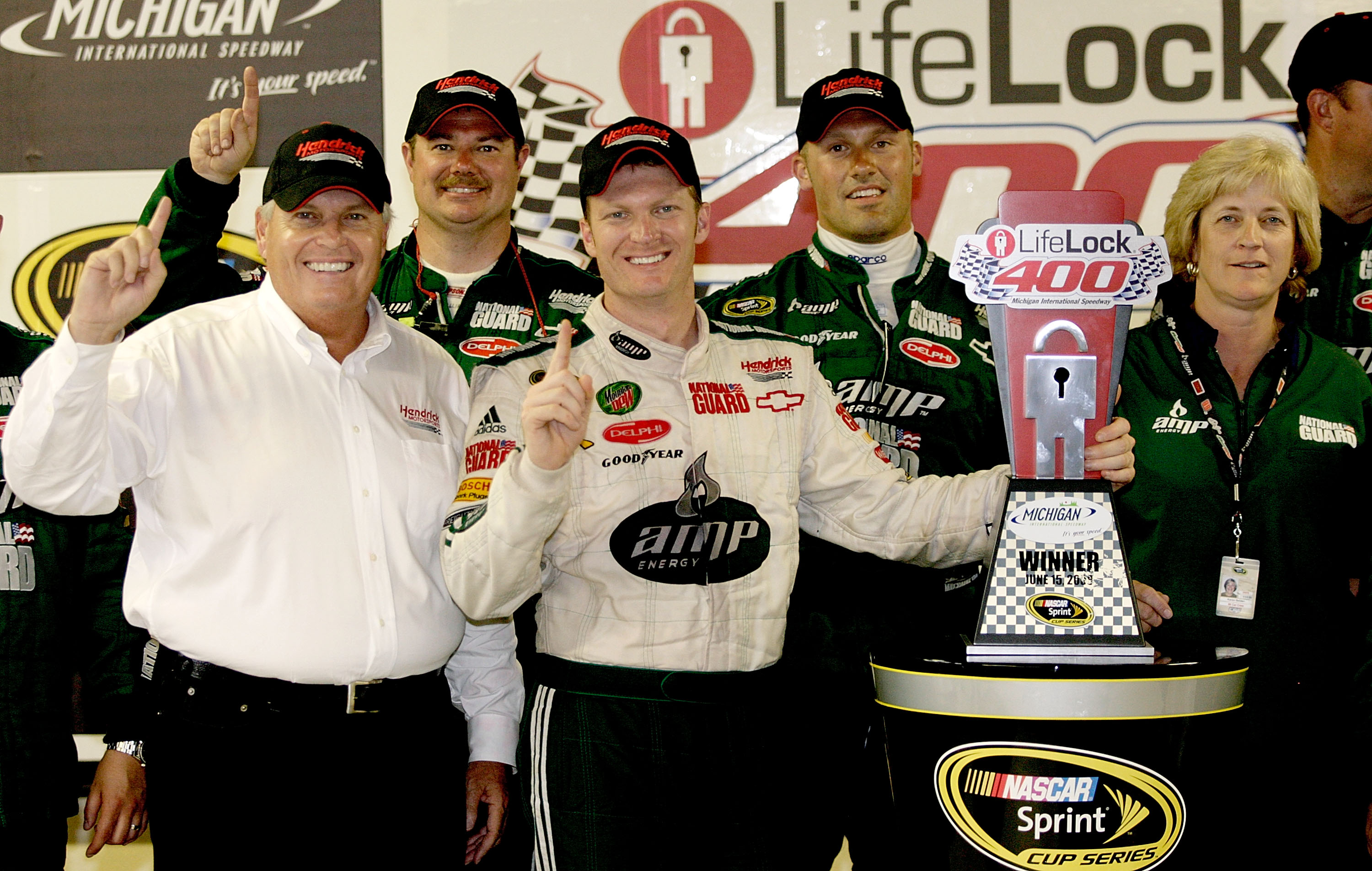 He will return to Michigan with a fast car and the best setup man in the garage in Steve Latarte.

Look for Dale Earnhardt Jr. to win the Father's Day race again and erase his winless streak.  The win will set him on his way for a historic second half.

The big tracks will be big for Dale Earnhardt Jr.  Michigan Pocono and Daytona are three wins that are probable for this team. 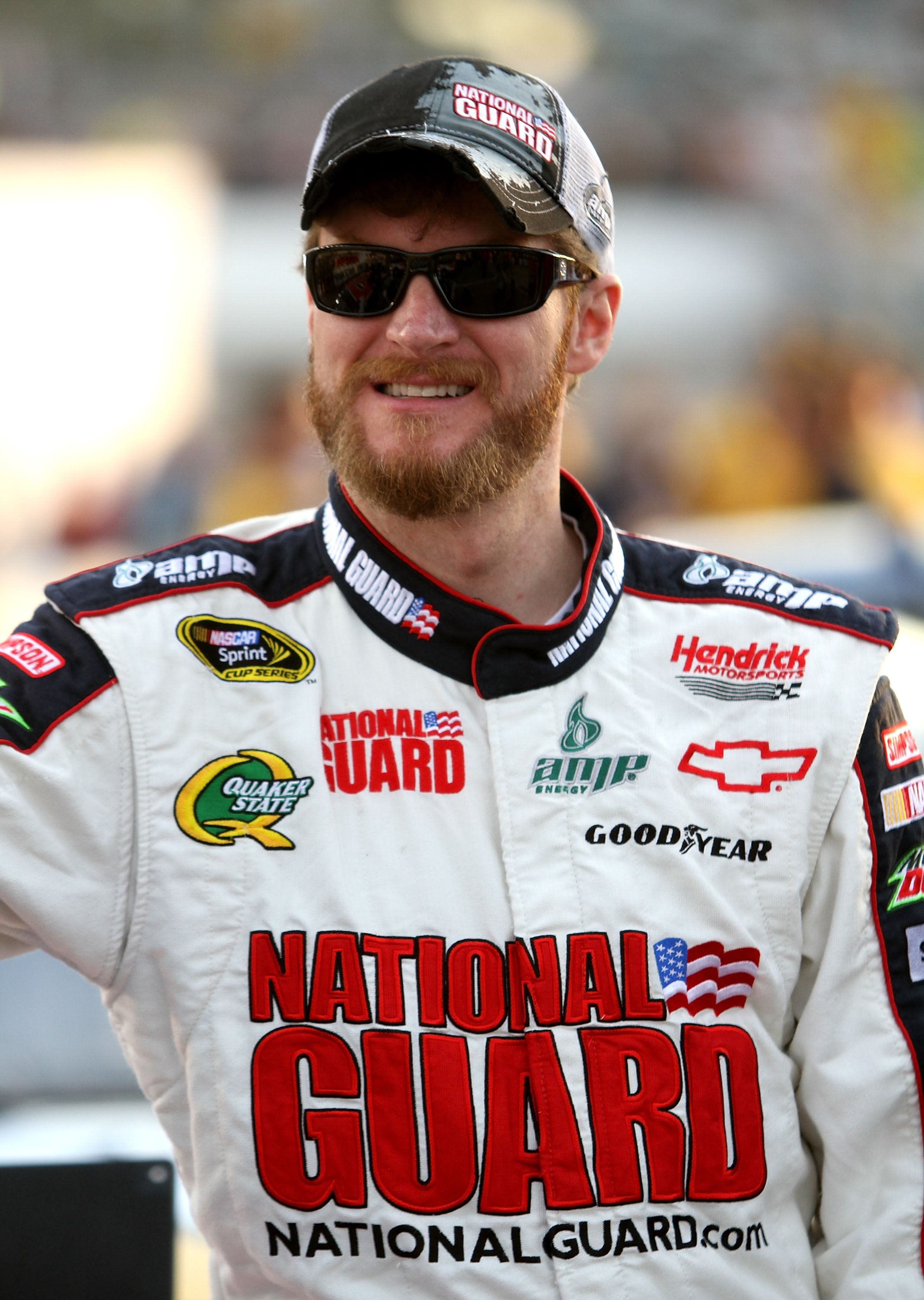 Dale Earnhardt Jr. the 2011 NASCAR Sprint Cup Champion?  Yes, Dale Jr. can and will take home the hardware in Homestead.

This summer will be Dale Jr.'s best of his career.  He will win five races, four of them on tracks of two miles or larger and he will be the points leader for the final 11 weeks.

Sound crazy?  The opportunity is laid out for him to win his first title.  He has top five crew chief.  The most prolific owner in the business and he has the lineage.

This is the year for Dale Earnhardt Jr. and all he has to do is remain focused and keep his car running and on the lead lap.