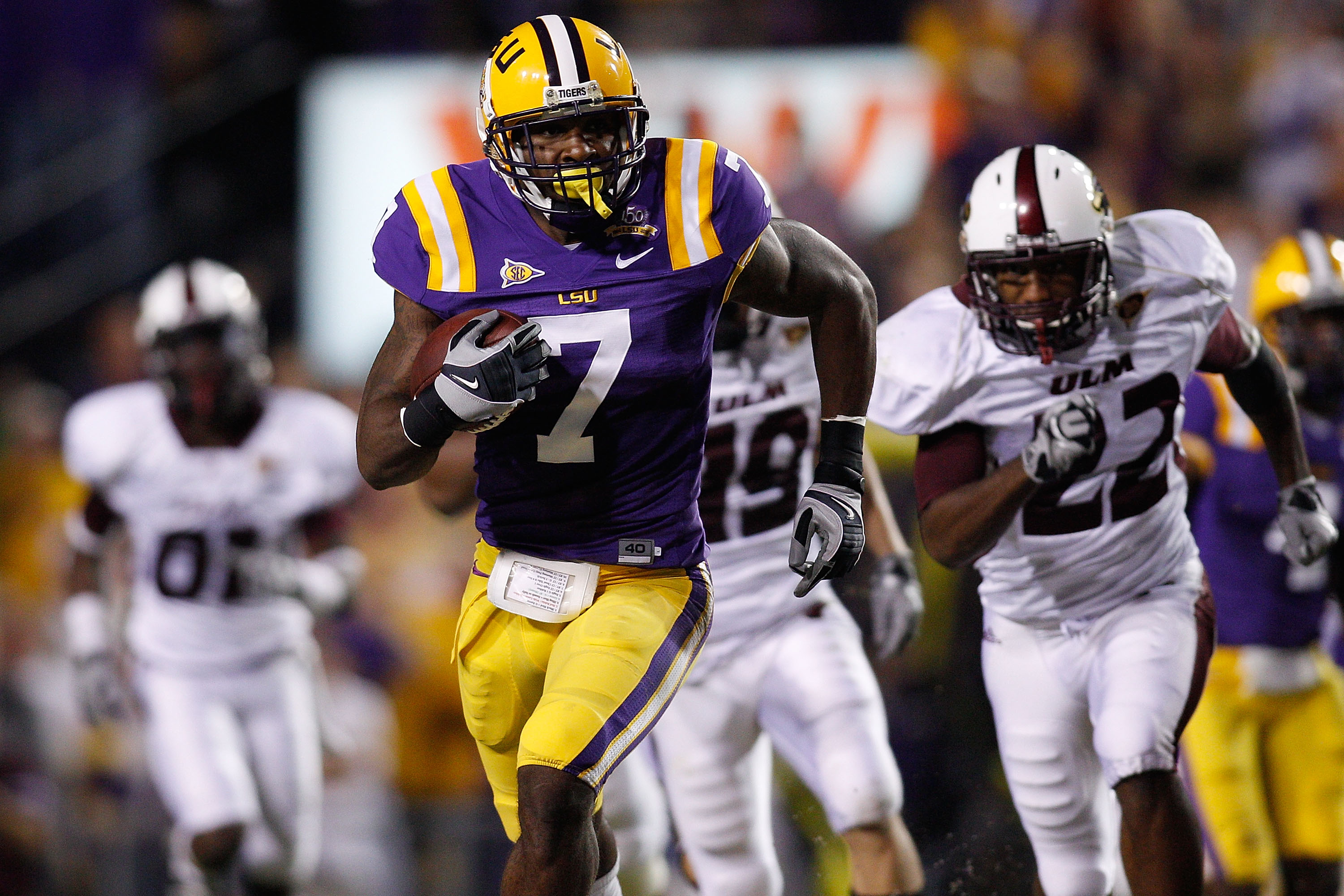 The annual NFL Scouting Combine kicks into full swing this weekend. You know that means it's time to get those stopwatches ready!

Over the next few days, we’ll have the chance to see about 600 40-yard dashes run by players of all different shapes and sizes.

This year, we’ve got a few speedy runners that have a chance to break into 4.3 territory.

So, who will take home the title of fastest 40 time at the Combine? 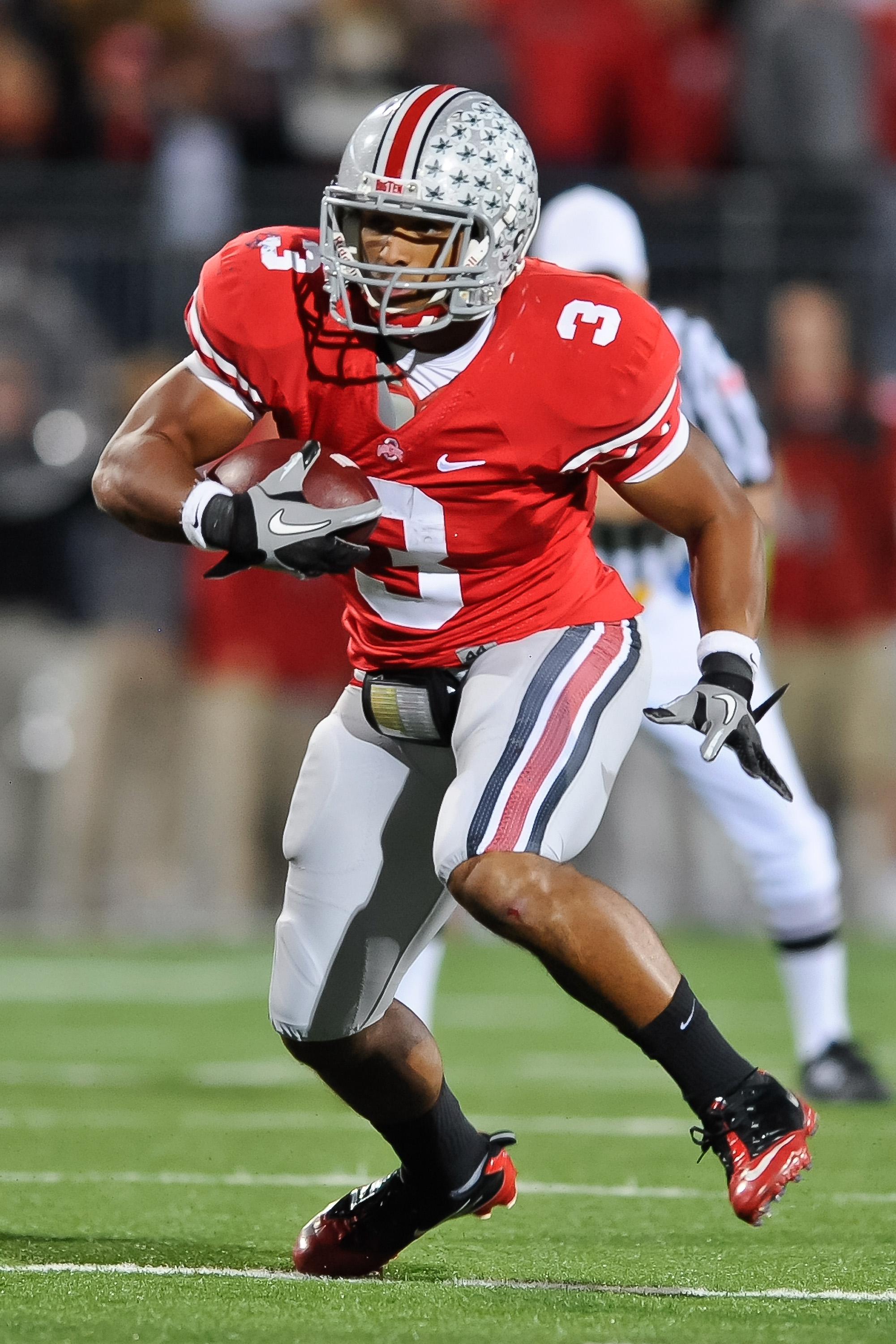 Cecil Shorts III is set to become just the third Mount Union player ever to be drafted by an NFL franchise.

Shorts is as good of a prospect as Colts receiver Pierre Garcon, who also came out of Mount Union, and he should be selected somewhere in the mid rounds if he runs a fast time.

A lot of people are expecting Nevada QB Colin Kaepernick to run somewhere in the 4.5 range, but I wouldn’t be surprised if Kaepernick surpasses expectations.

Kaepernick is still apart of that second tier of quarterbacks behind the four big names, but if he can run well and wow scouts with his speed, he’ll continue to rise up the board.

One of college football’s true top highlight reel players, Noel Devine, didn’t have the senior season he was hoping for, battling injuries and falling short of a 1,000 yards rushing. But Devine was still good for his fair share of jaw-droppers in 2010.

Because of his small stature, Devine is going to need to prove that he can time as fast as he looks on the field.

The next DeSean Jackson?

Coming off a sensational Senior Bowl Week, Titus Young has a chance to keep the momentum going with a strong showing at the Combine.

We’re looking for a receiver to step up and become that third guy behind Georgia’s A.J. Green and Alabama’s Julio Jones. With a great performance at the Combine, Young could turn out to be just the right fit.

Jerrel Jernigan had quite a prolific career at Troy State, finishing with 262 total catches in his four seasons.

Jernigan is not just a usual smaller conference pro prospect. He has as much athletic ability as any of his BCS counterparts.

Jernigan has the type of speed to keep any secondary honest.

Every year it seems like there are one or two small school cornerbacks who rise up from relative obscurity to become hot names at the NFL Combine.

One small school cornerback who has what it takes to stand out this year is Chattanooga's Buster Skrine.

There’s a reason Skrine was invited to the Combine. He has blistering straight line speed.

We all heard the rumors last summer.

Well, now we have the opportunity to see for ourselves if that number from last year’s junior day was actually accurate.

Kentucky’s Derrick Locke has a chance to be this year’s version of Dexter McCluster.

Locke is only 5’8’’ 195 lbs. but he can beat teams in both the passing and running phases of the game and he knows how to use his explosive speed to his advantage.

Locke could be a challenger for the title of top 40-yard time overall. He’s that fast.

When it comes to defensive backs, LSU’s Patrick Peterson is a rare specimen.

Peterson is a once-in-a-decade type of cornerback who, even at 215 lbs., can still run with any receiver put in front of him.

Peterson already has a good deal of buzz associated with his name. If he can put together an impressive workout at the Combine, it should only help to solidify his current top five status.

For some reason, Maryland always seems to have that one super-athletic prospect with off-the-chart measurables.

The latest Terp prospect whose ready to break out during the work out period is receiver Torrey Smith.

I’m going with Smith as my pick for this year's 40-yard dash champion.