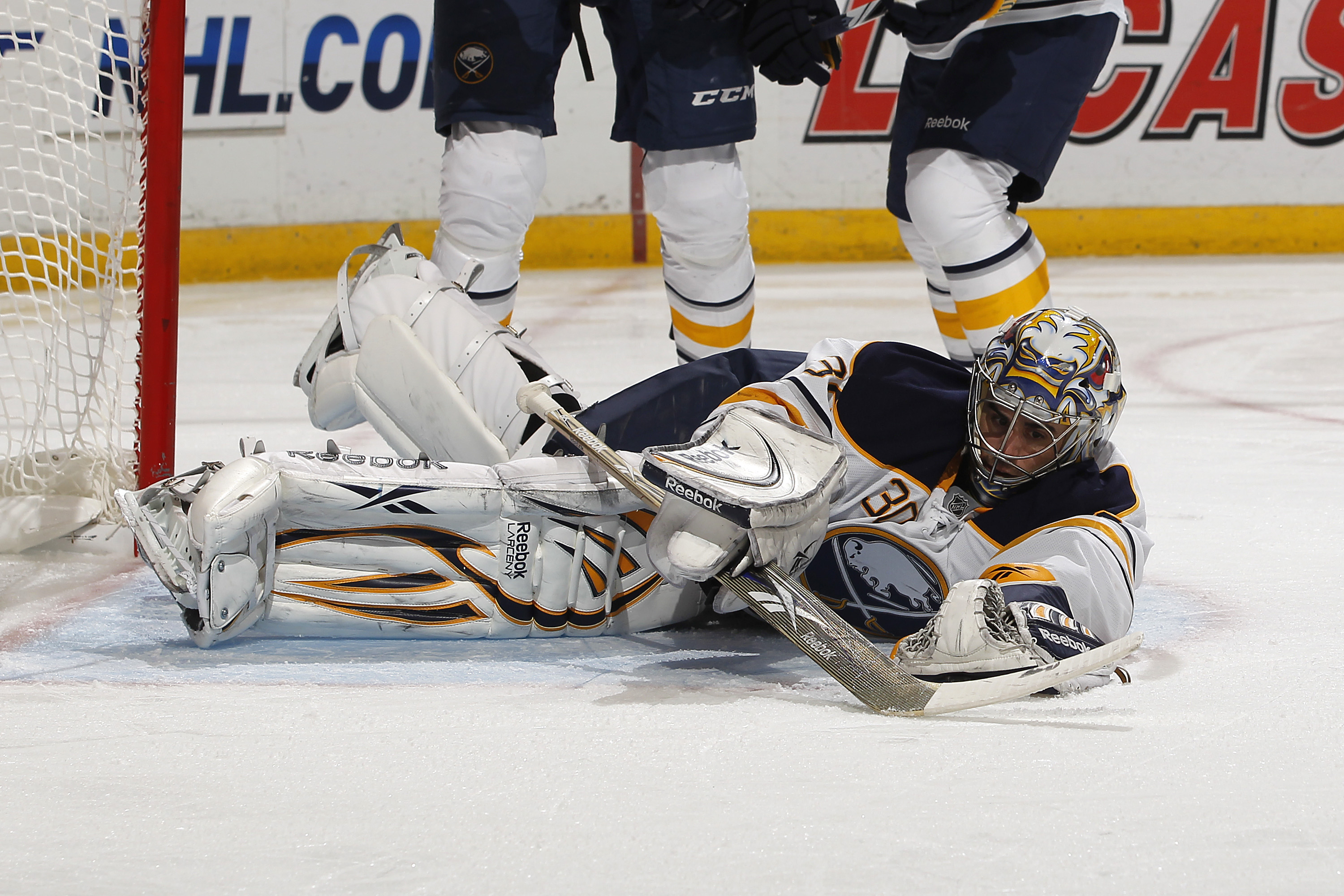 As each day passes, we are getting closer and closer to the NHL Trade Deadline on February 28. Teams across the league are becoming buyers and sellers based on where they are in the standings.

So far, there has been many deals that have sent players to contenders in hopes of improving their team for their Stanley Cup run.

Sure, teams have made trades before the actual deadline date, but there have been very key acquisitions that have happened on the final day.

Since we are less then a week away from deadline day, let us take a look at the 10 best modern-era trades that have occurred on the day of the NHL trade deadline. 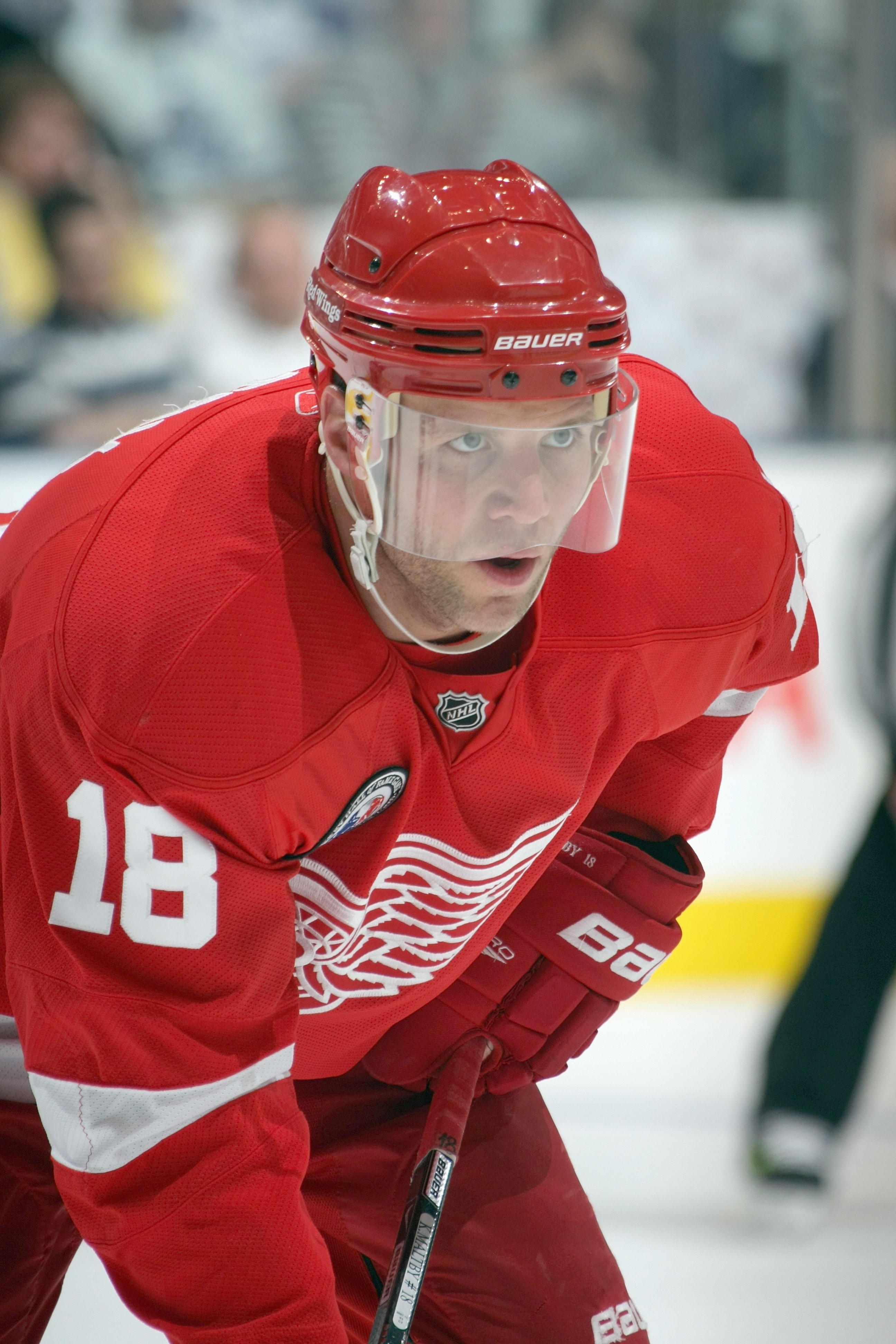 After being dealt to Detroit, Maltby went on and played his entire NHL career in the Motor City.

He scored 107 goals for the Red Wings and recorded 222 points. In 14 seasons with Detroit, he helped lead the team to four Stanley Cup championships. 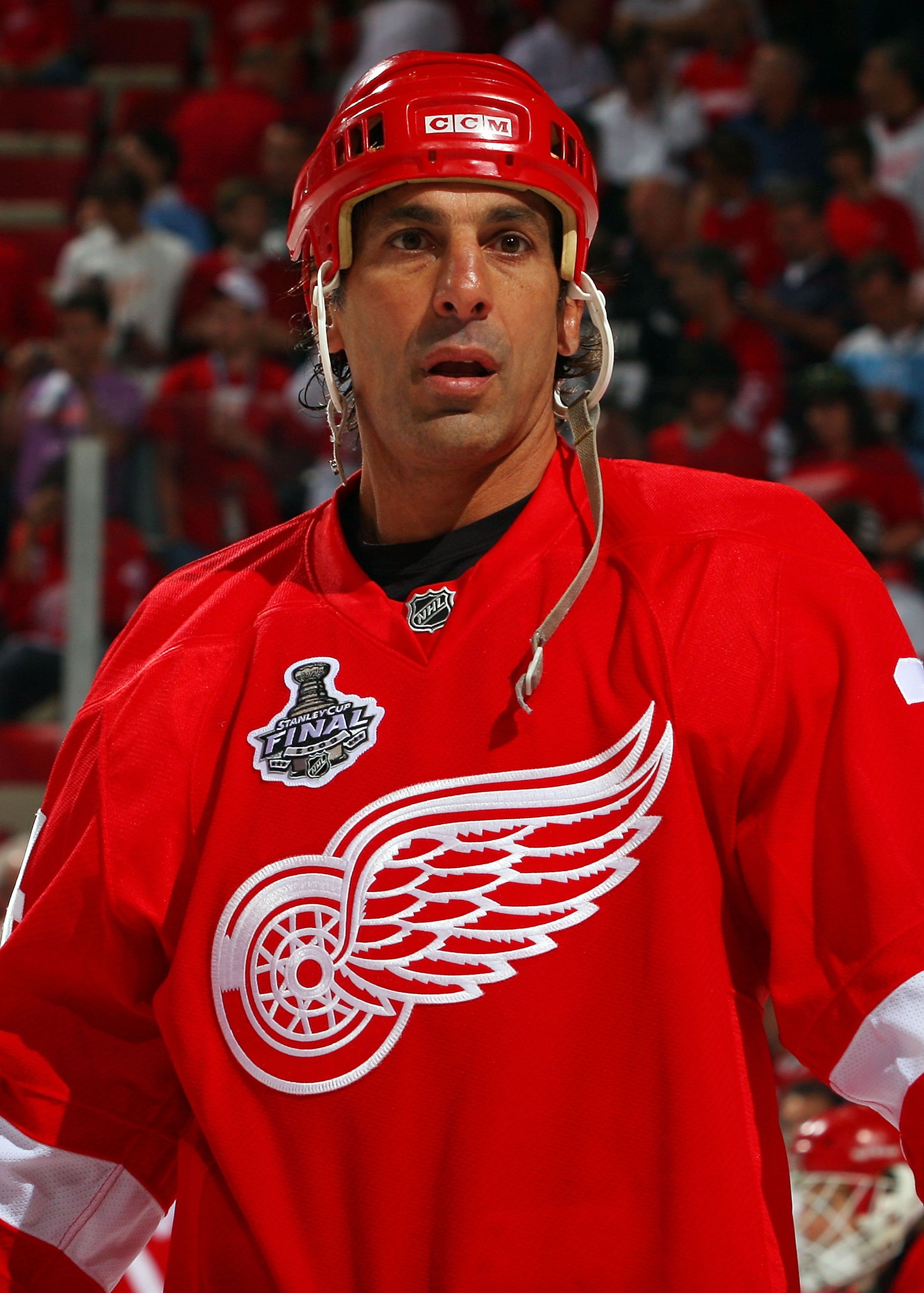 After 16 seasons between the Canadiens and Blackhawks, Chris Chelios found a new home in Detroit. In 10 seasons with the Red Wings, Chelios scored 21 goals and finished with 152 points. 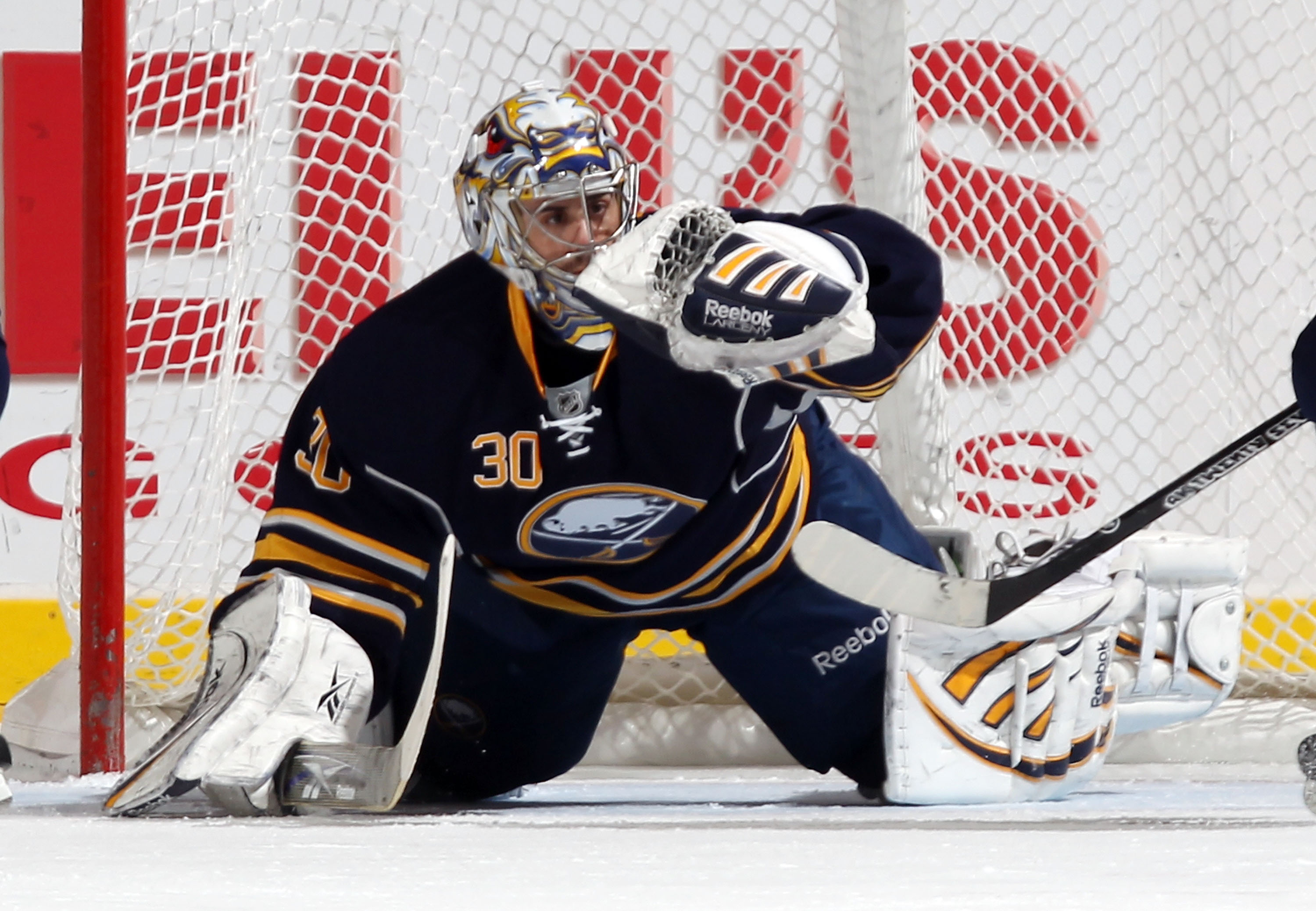 On March 23, 1999, the Buffalo Sabres sent Mike Wilson to the Florida Panthers in exchange for Rhett Warrener and a fifth-round pick that became Ryan Miller.

Miller did not debut with the team until the 2002-03 season. His first full season with the Sabres started in 2005.

Since becoming the No. 1 goalie in Buffalo, he has won at least 30 games in each season.

Miller's career goals against average is 2.59 and his career save percentage is .914. In 2010, he won the Vezina Trophy (NHL's top goaltender) and won a silver medal in the 2010 Winter Olympics.

In those Winter Olympics, Miller was named the best goaltender in the tournament. He has emerged as one of the top goalies in the NHL and is in his prime for the Buffalo Sabres. 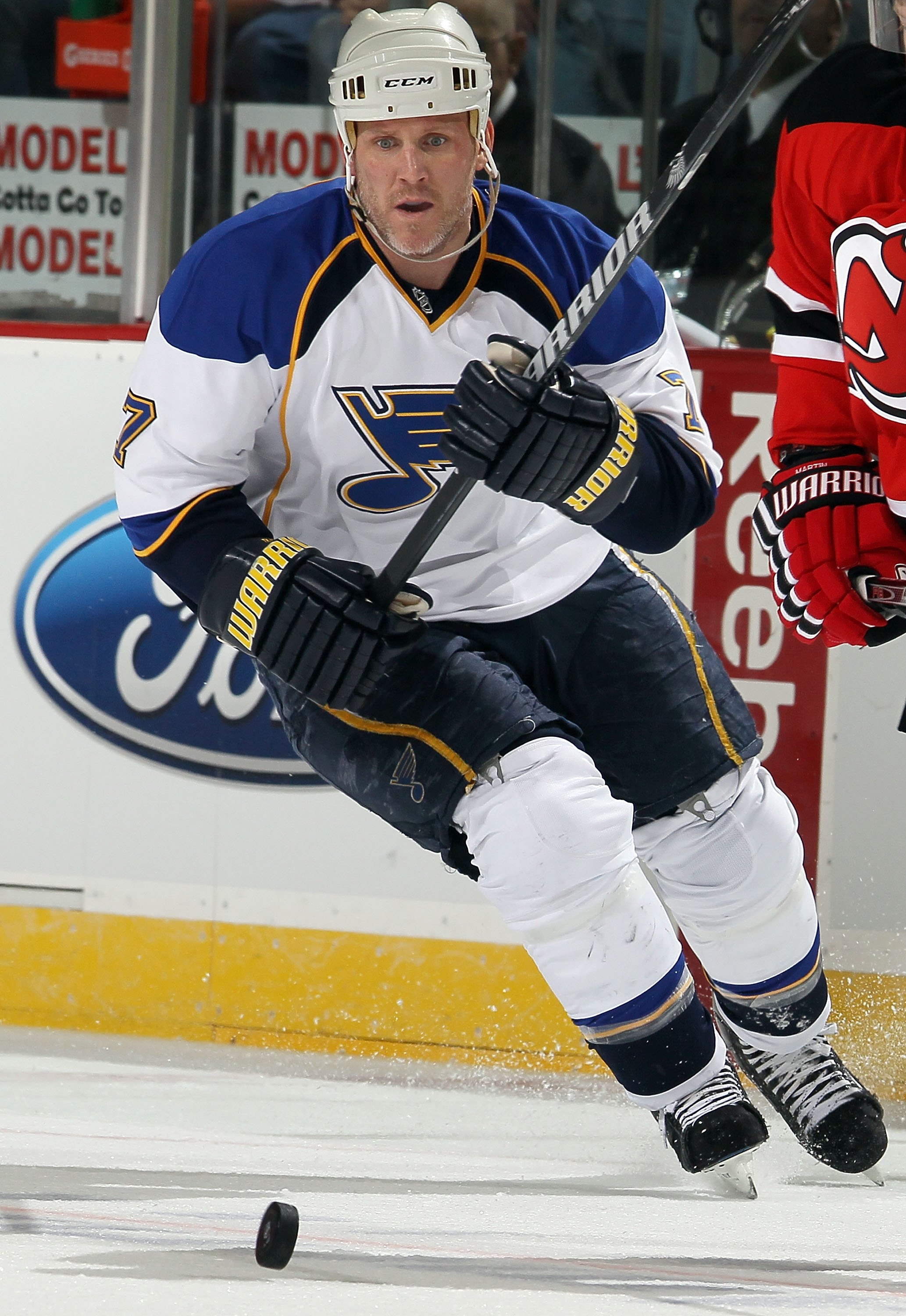 Tkachuk is going to go down in history as one of the best players to ever play for St. Louis.

In 543 games with St. Louis, he scored 208 goals and recorded 485 points. He helped lead the Blues to five postseason appearances.

On April 7, 2010, Tkachuk announced that he would no longer play hockey and would retire after the 2010 season. 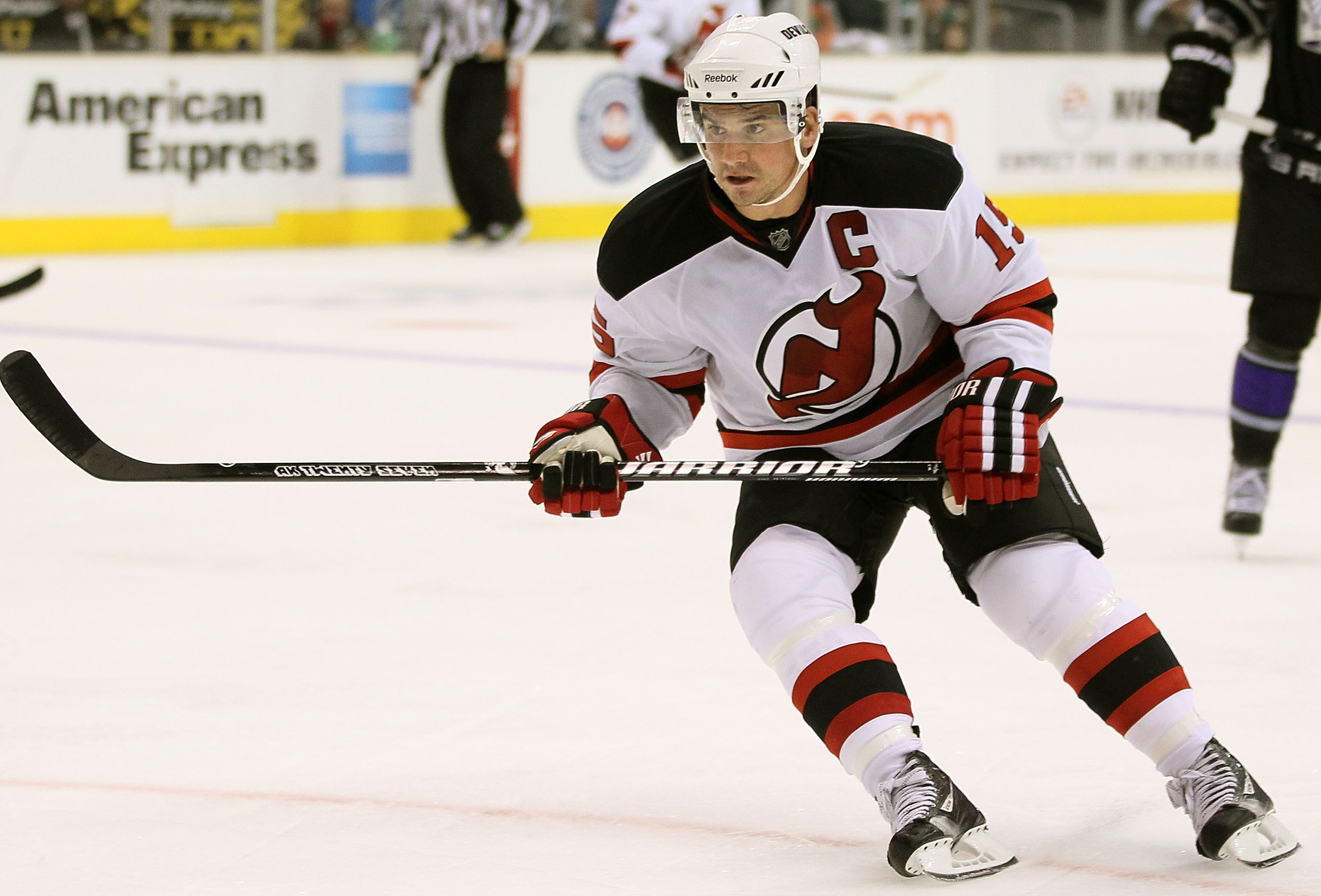 On March 19, 2002, the New Jersey Devils received Jamie Langenbrunner and Joe Nieuwendyk from Dallas for Jason Arnott, Randy McKay and a 2002 first-round pick.

After eight years in Dallas, Langenbrunner became a star in New Jersey.

In nine seasons with the Devils, he scored 142 goals and recorded 385 points. Jaime Langenbrunner was the captain in New Jersey for four years.

His best years came when he was a Devil. Langenbrunner led the Devils to the 2003 Stanley Cup Finals where they won.

In the 2010 Winter Olympics, he was the captain of the USA team and ended up winning a silver medal. He was traded back to Dallas on January 7, 2011. 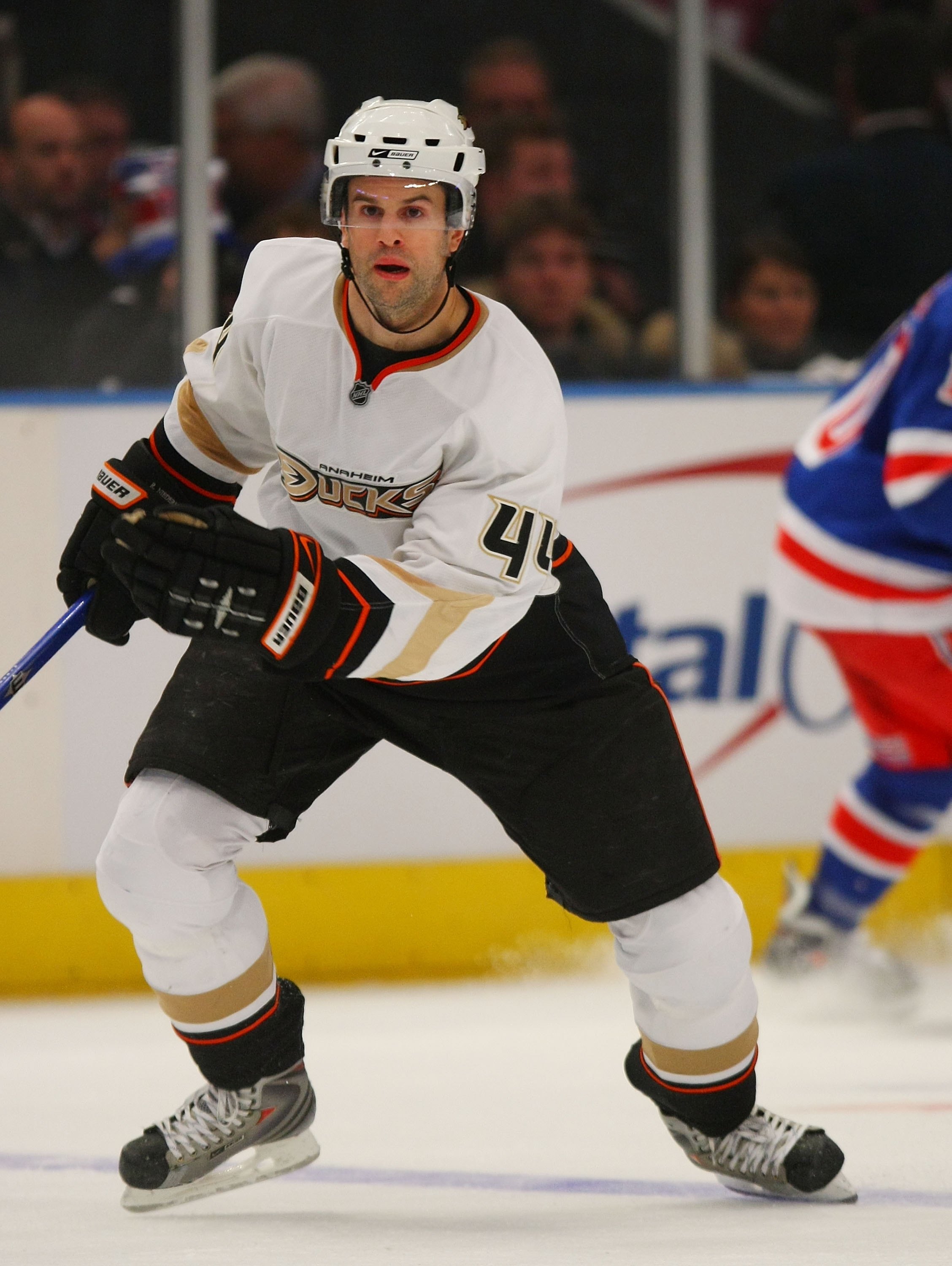 On March 11, 2003, the Anaheim Ducks sent Mike Commodore and Jean-Francois Damphousse to Calgary for Rob Niedermayer.

Niedermayer played six seasons with Anaheim. In those six years, he scored 56 goals and recorded 124 points. He was the main reason the Ducks were able to win the Stanley Cup in 2007.

After six season with the Ducks, he played one season with New Jersey and now plays for the Buffalo Sabres. 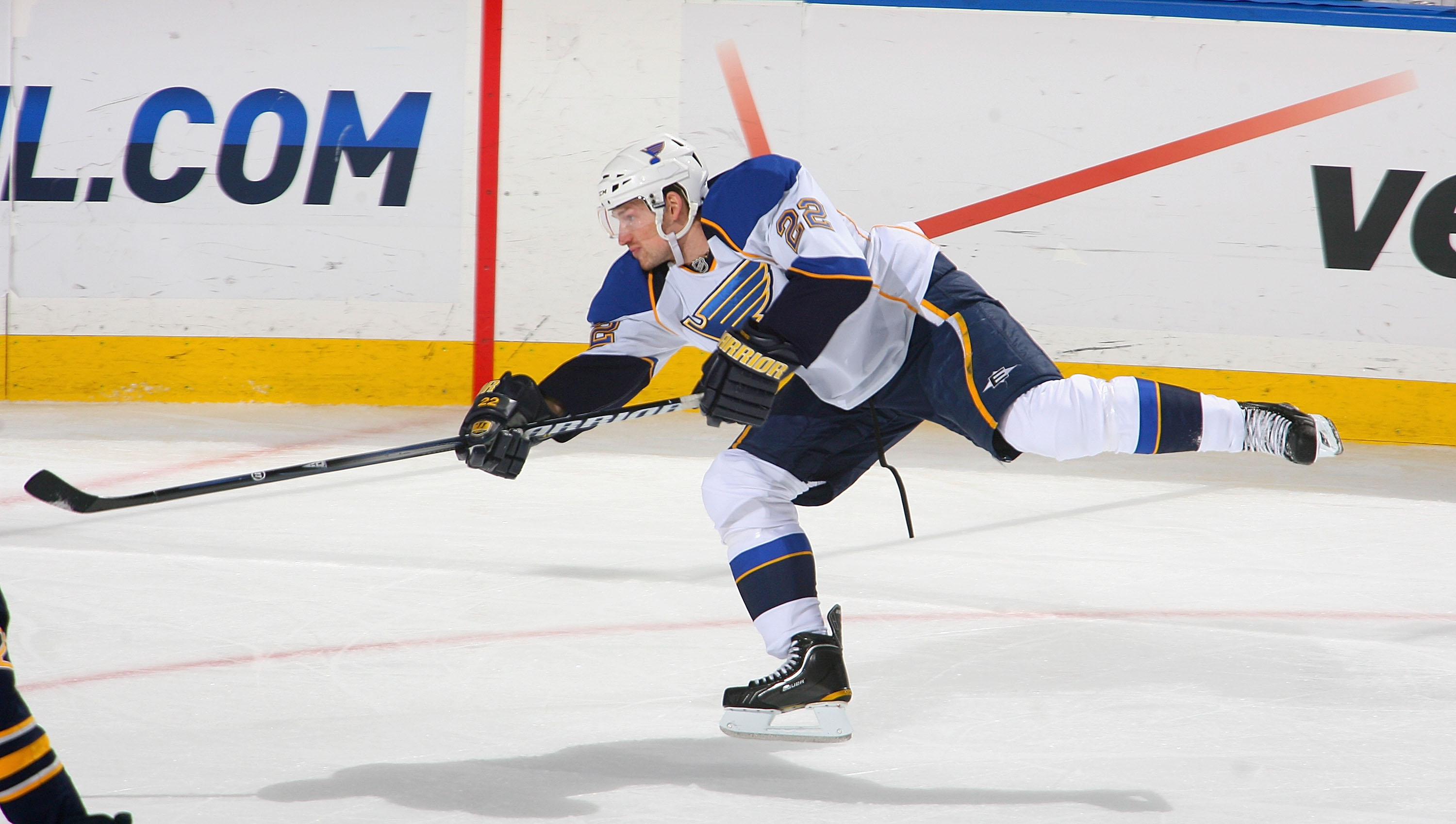 Boyes made an immediate impact when he arrived in St. Louis. In his first full season with the Blues, he scored 43 goals and finished with 65 points.

In 2008-2009, his second full season with the team, he scored 33 goals and finished with a career high 72 points. He was a crucial part of the team that season that pushed to make the playoffs after a slow first half of the season.

After struggling in the 2009-2010 season, Boyes is having a much better 2010-2011 season and will be a key part in the Blues pushing to make the playoffs once again. 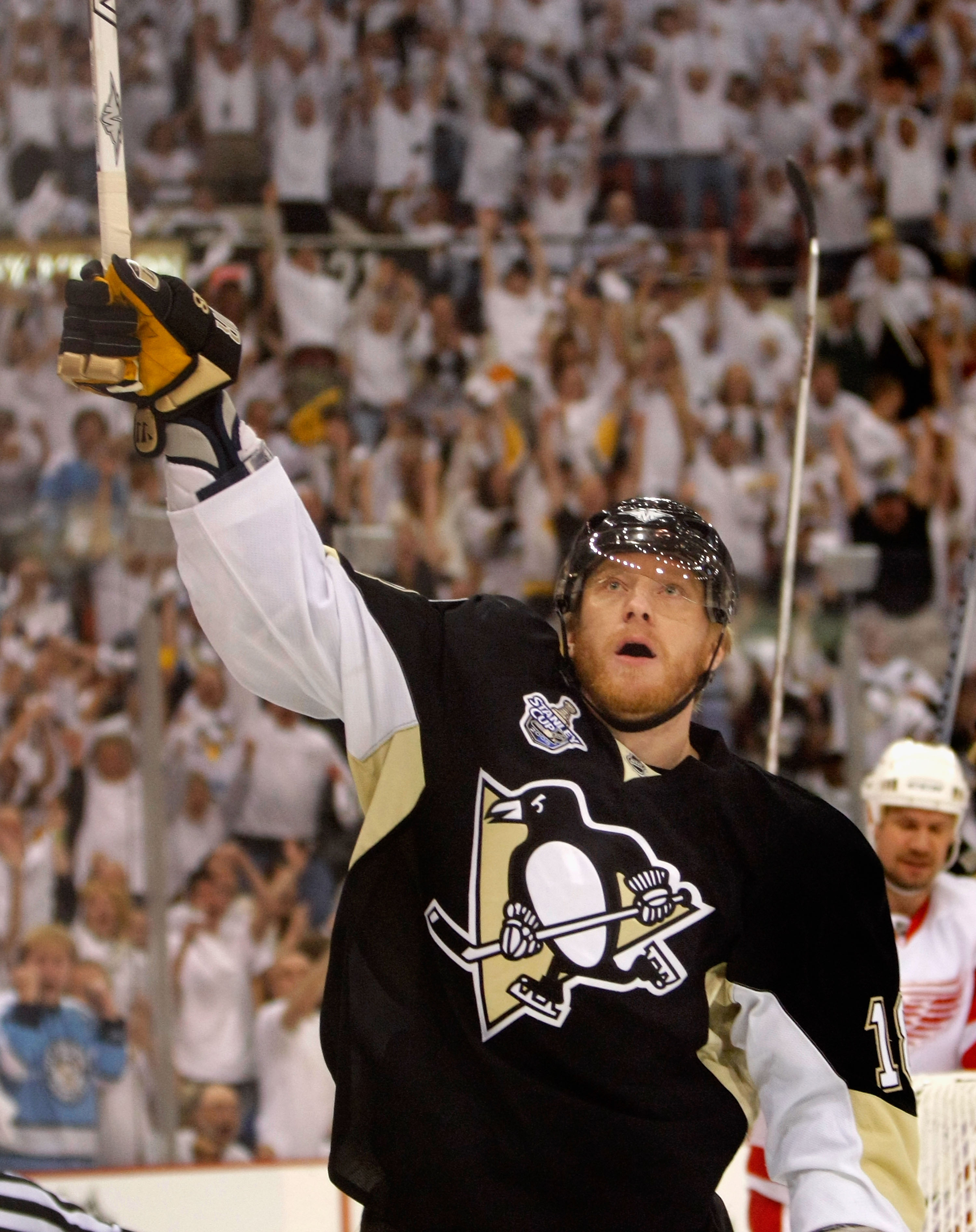 This is a trade that the Penguins felt had to be done in order to make their Stanley Cup run. The acquisition Pittsburgh made definitely paid off.

Hossa only played in 12 regular season games for Pittsburgh. He scored three goals and finished with 10 points.

Hossa shined in the playoffs. The Penguins made it all the way to the Stanley Cup Finals, where they lost to the Detroit Red Wings. In 20 playoff games that season, he scored 12 goals and finished with 26 points.

Hossa was one of the main reasons the Pens were able to make it that far.

That was the only season he would play in Pittsburgh. He would later go on to win the Cup with the Chicago Blackhawks. 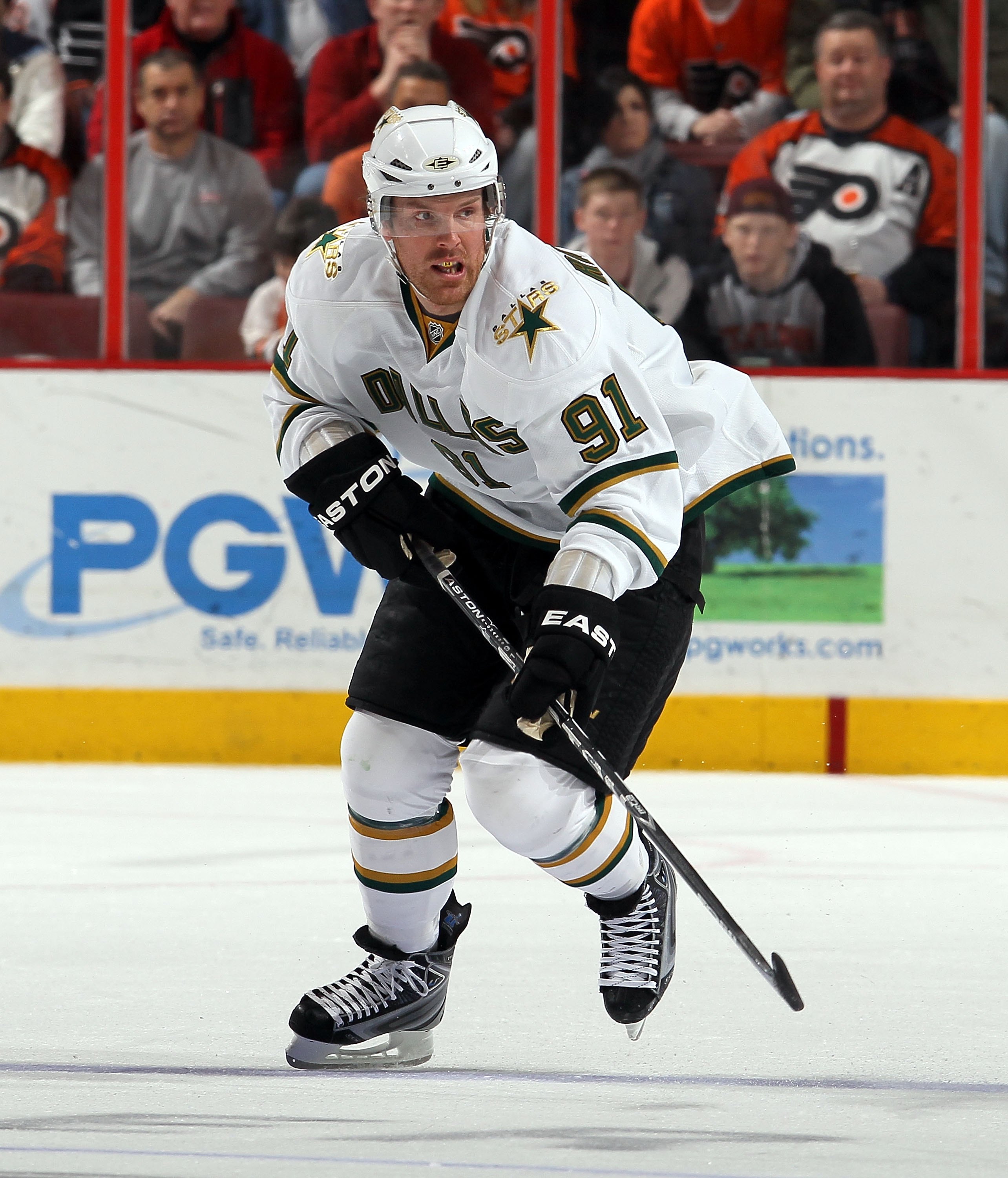 Brad Richards has quickly become a superstar in Dallas. So far, in four seasons with the Stars, he has scored 66 goals and recorded 223 points.

Dallas is in the thick of things in the Western Conference, and he will be a huge key for Dallas making and going for into the playoffs. 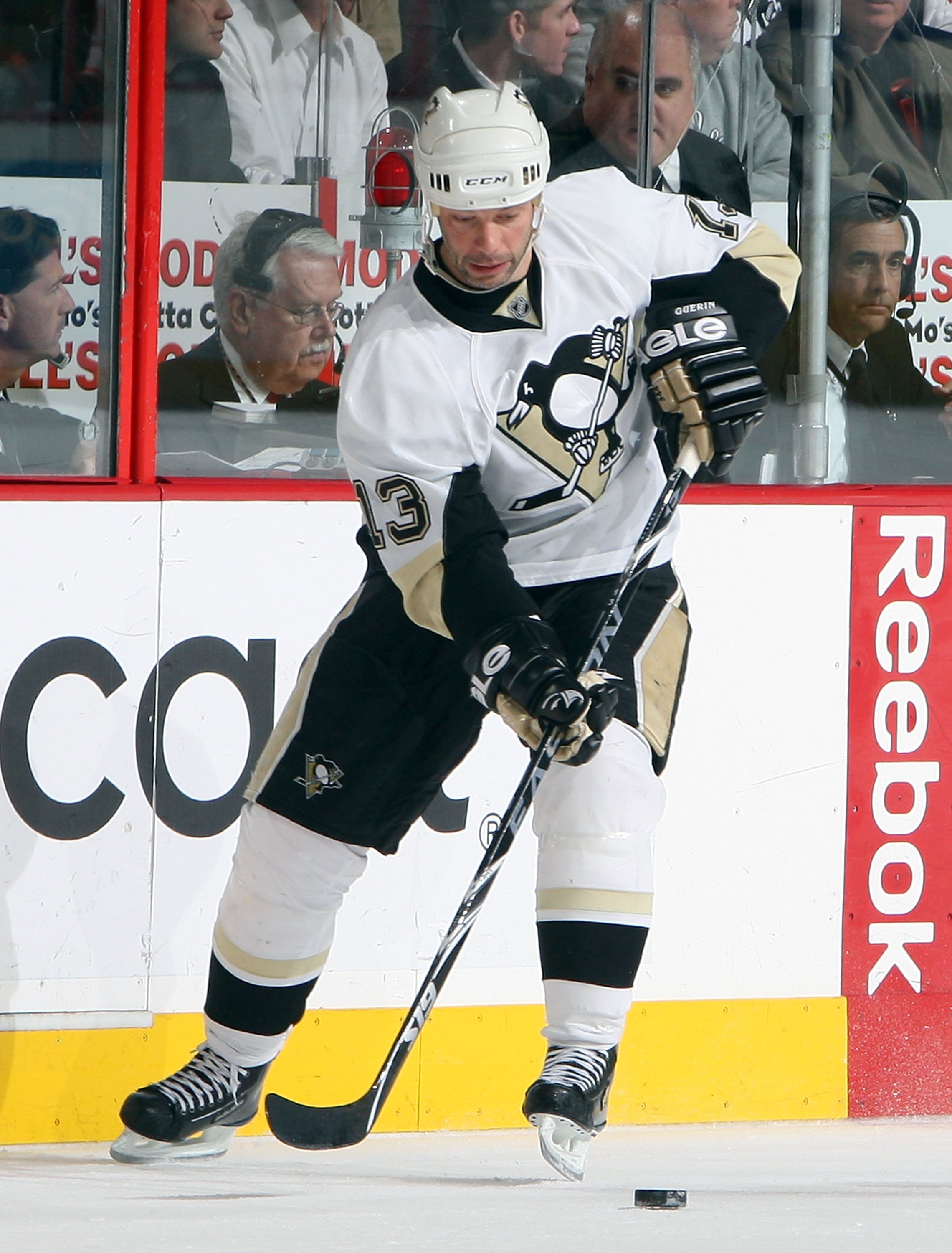 On March 4, 2009, the Pittsburgh Penguins traded a 2009 draft pick to the New York Islanders for Bill Guerin.

Besides hiring Disco Dan Bylsma halfway through the season, Guerin and his veteran leadership was the addition to the Pittsburgh Penguins that may have won them the Stanley Cup.

Once joining the Penguins in 2009, he scored five goals and recorded 12 points in the regular season. Guerin played great in the playoffs by scoring seven goals and recording 15 points.

He helped Sidney Crosby and Evgeni Malkin lead the Penguins to the Stanley Cup Championship. Guerin played one more season for the Penguins, scoring 21 goals and finishing with 45 points.