Daytona 500: The Duels at Daytona and 10 Drivers Who Impressed 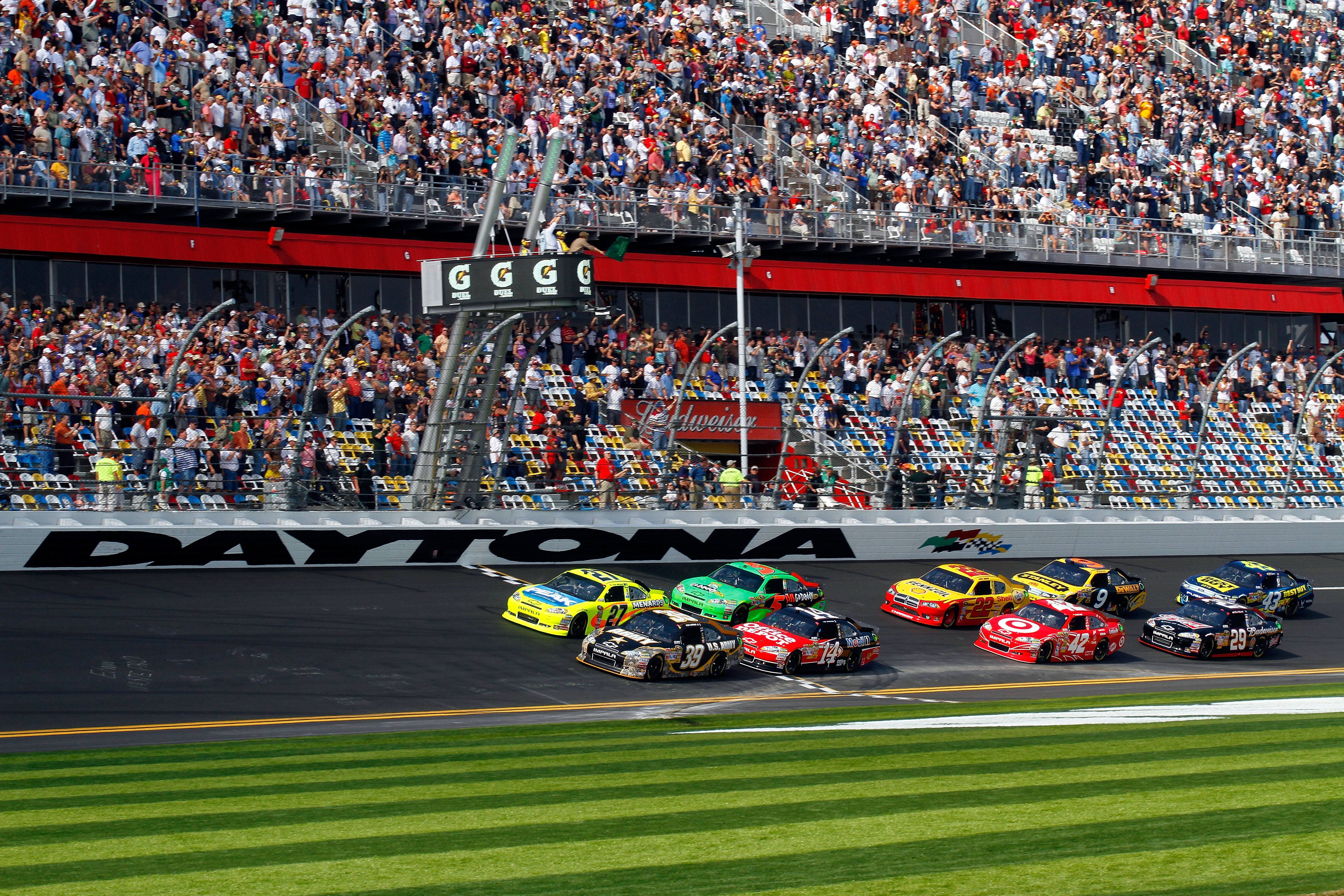 The complicated formula includes time trials, the top-35 in points, past champions and the Duel at Daytona.

The 150-mile qualifying races always provide a good preview of the Daytona 500, and like every other year, it's a forum where drivers get their first chance to shine in their Daytona 500 equipment.

Here's a look at 10 drivers who made it happen Thursday afternoon at Daytona. 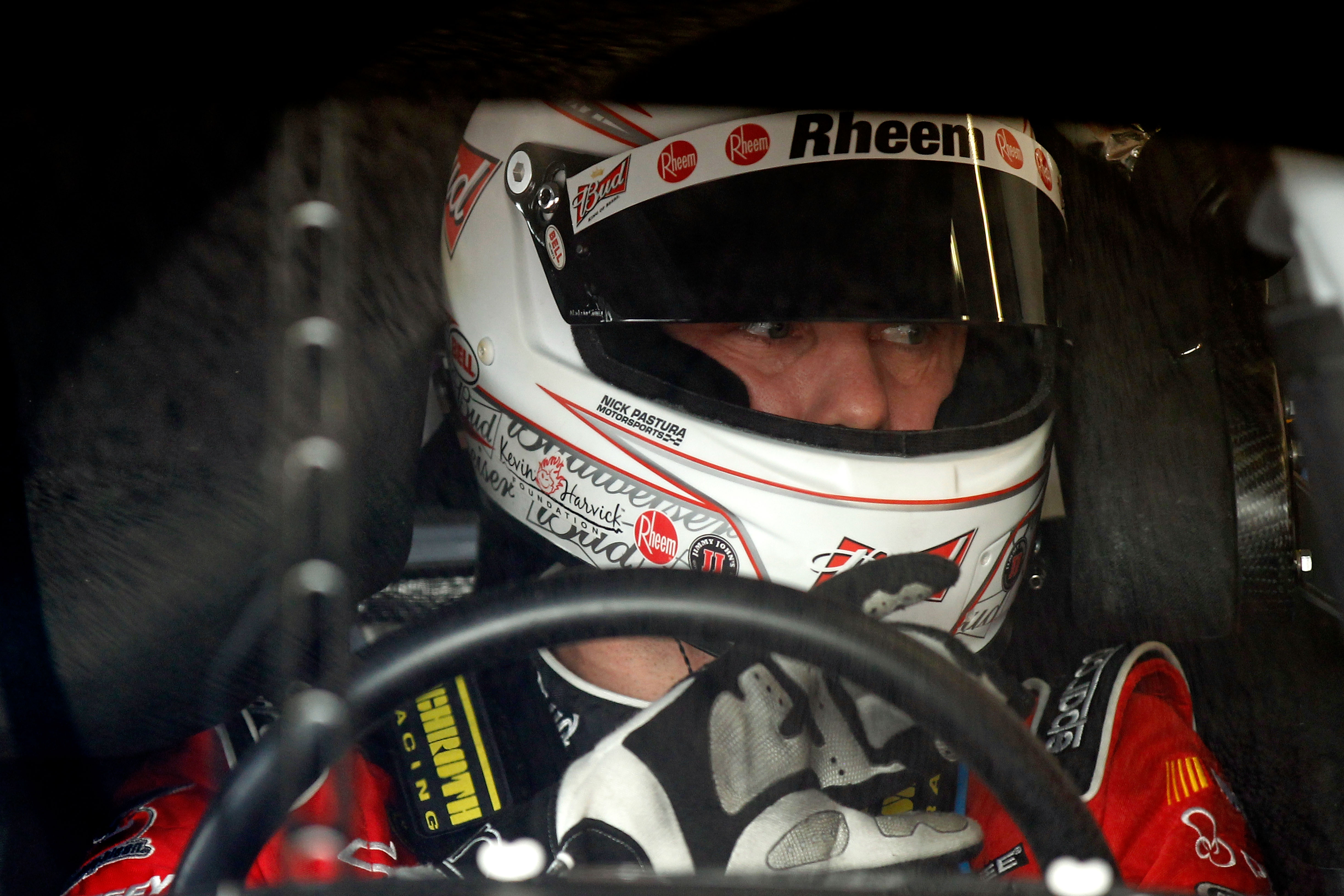 Kevin Harvick has become one of the finest restrictor plate drivers on the Sprint Cup circuit.

The combination of discipline, ECR engines and Richard Childress's commitment to performance at the plate races has shown to be a formidable combination at Daytona at Talladega.

The Budweiser Chevy was near the front for almost every lap of Duel One, and expect more of the same on Sunday.

Harvick finished third in the race, and he'll take the green flag Sunday from the seventh spot. 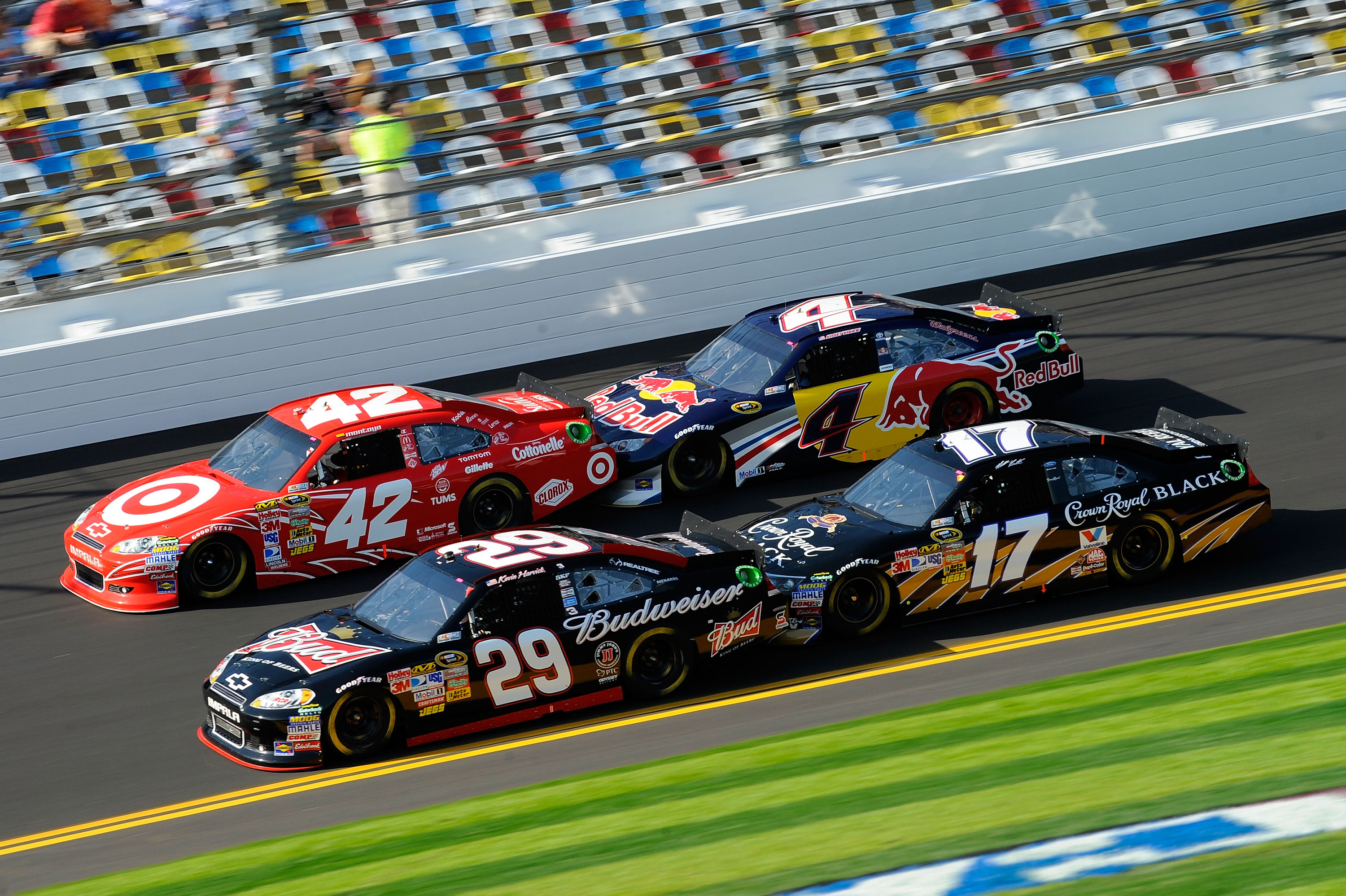 One of the reasons Harvick had such a good finish in his race was the help he got from Matt Kenseth.

Kenseth along with his Ford stablemates have proven to be very good at pushing in a two-car draft, thanks to work on the FR9 Ford engine package.

It runs cooler, and if a Ford is the pusher in a two-car draft, that pair won't have to swap positions as often.

Kenseth stayed disciplined all day long, and discipline might be what it takes to win the Daytona 500. 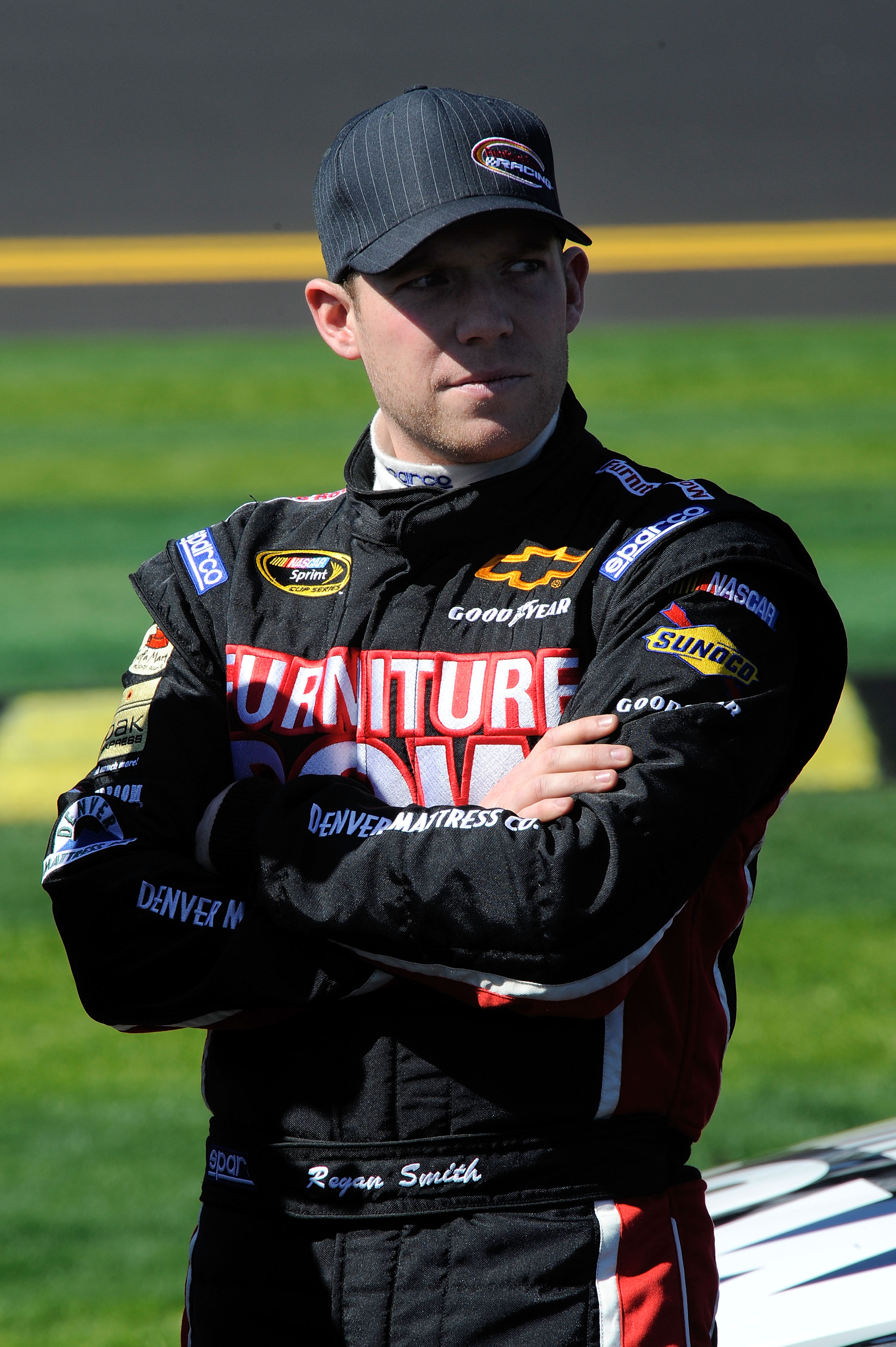 Regan Smith knew he had a fast car going into Daytona.

The combination of technical help from RCR and the potent ECR engine package propelled him to a second-place finish in Duel One, pushing winner Kurt Busch to the finish.

Smith's finish will put him in fifth starting spot for the Daytona 500.

With everyone on the inside row advancing when Dale Earnhardt Jr. drops to the rear of the field on Sunday, he could have a chance to be part of the lead draft when the race comes by to complete lap one. 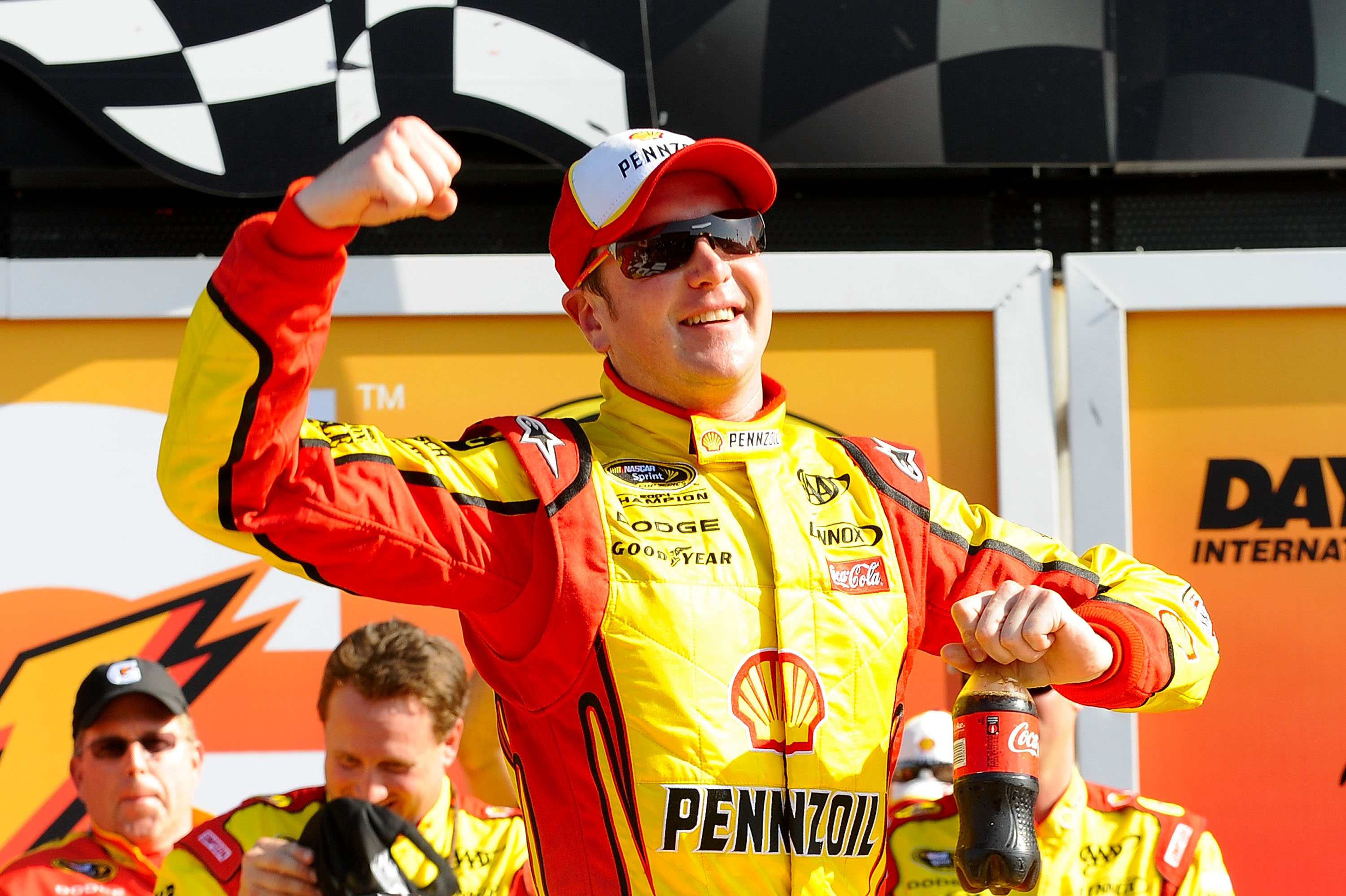 Kurt Busch and his Shell/Pennzoil Dodge are becoming a fixture at the point around Daytona.

He backed up his Budweiser Shootout win Saturday night with another winning performance Thursday in the Duel.

He'll lead the inside row to the green flag Sunday afternoon, and if Thursday was any indication, the Penske cars may be as well prepared as they've ever been at the Daytona 500. 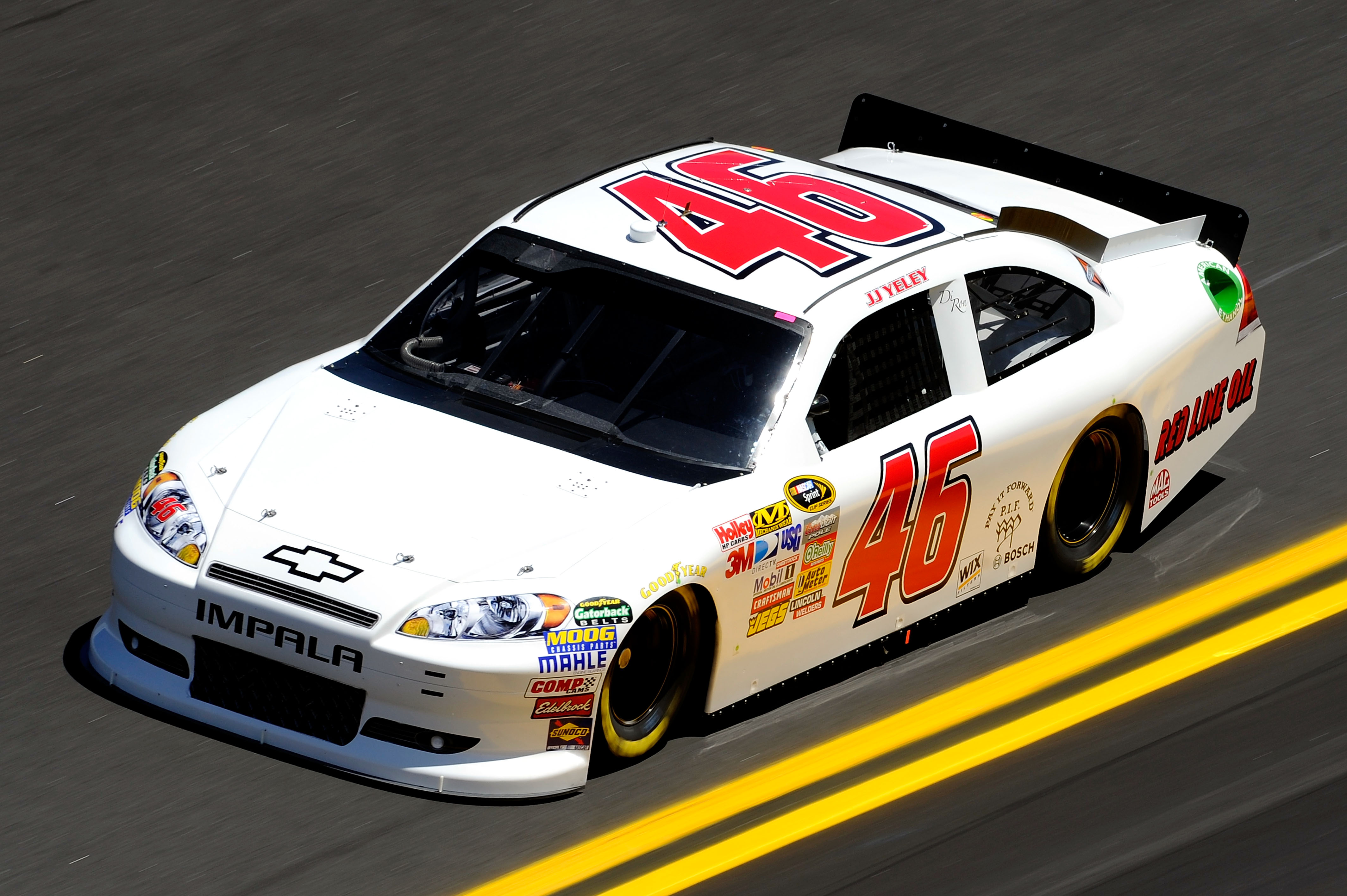 In the closing laps of Duel One, J.J. Yeley was on the outside looking in at the field for the Daytona 500.

Over the last two laps, Yeley was able to what he needed to do to get in the race.

His 17th place finish on Thursday was good enough to get him in the Daytona 500. 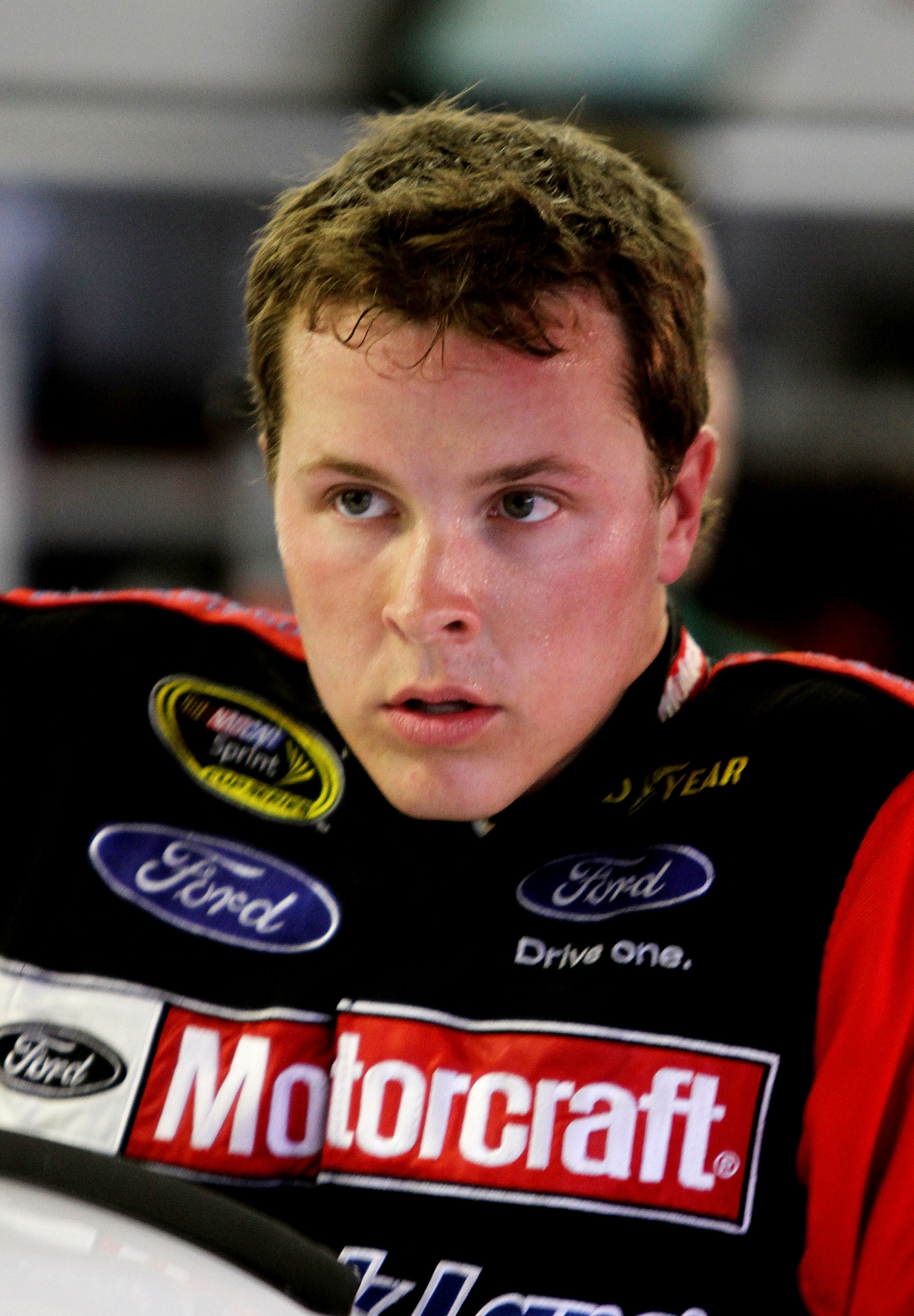 Trevor Bayne had a conversation with three-time Daytona 500 champion Jeff Gordon just before the start of Duel Two.

If they were making a plan, it almost worked to perfection.

Bayne was able to keep his Wood Brothers Ford glued to the back of Jeff Gordon's Chevy almost completely through the race until a last lap crash undid both of their days.

Bayne demonstrated he can effectively push another car with his FR9 motor under the hood, and if he can hang in for 500 miles, he may be in a position to be a kingmaker Sunday afternoon.

Bayne will start the Daytona 500 in 32nd position. 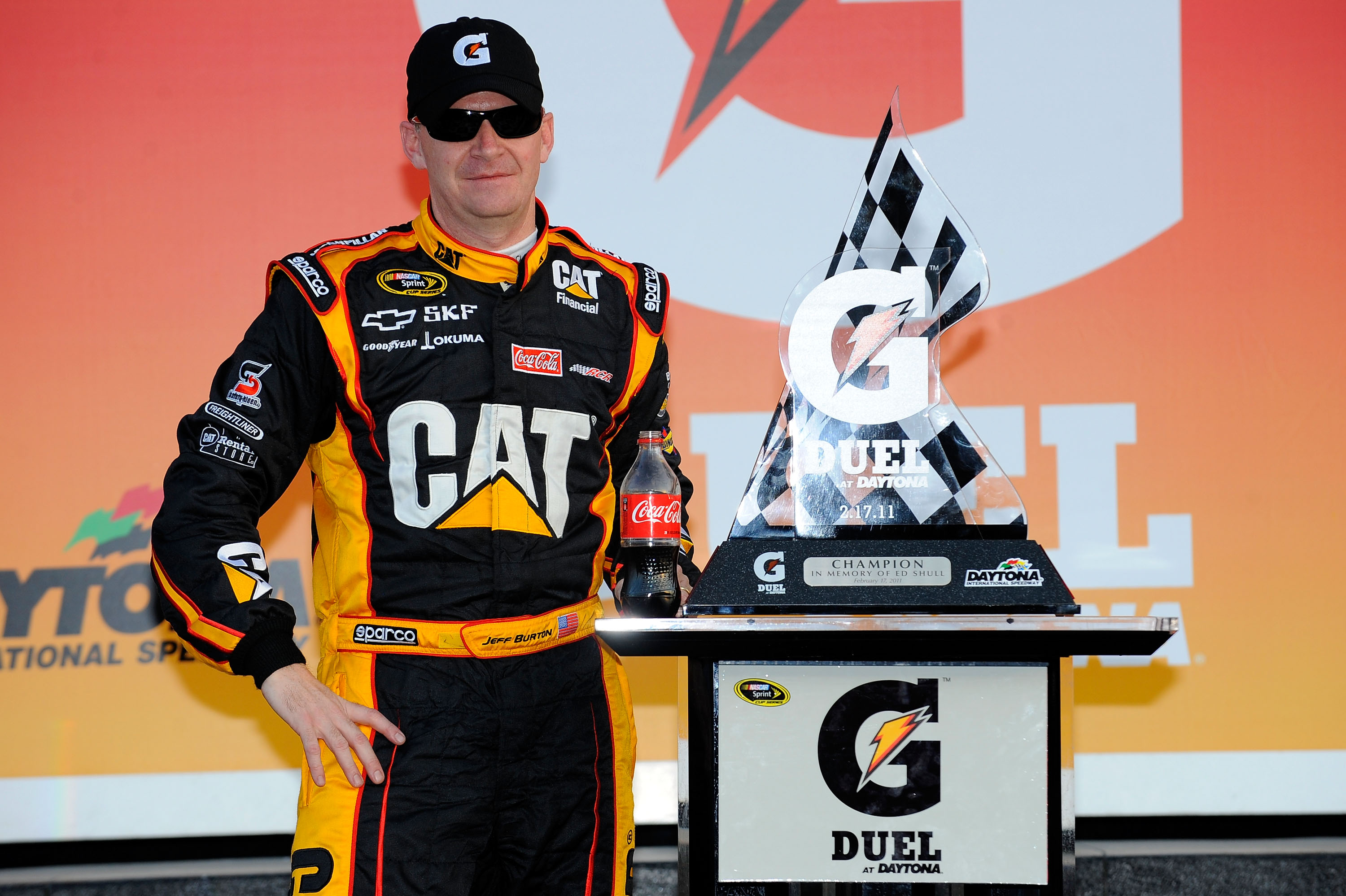 Jeff Burton confirmed the dominance of the RCR cars at Daytona with his convincing win in Duel Two with the help of teammate Clint Bowyer.

The Childress teammates worked together Saturday night in the Bud Shootout and used their knowledge base to stay up front Thursday afternoon.

Burton's win will put him on the outside of row two on Sunday afternoon in the Daytona 500, and with teammates all around him, the RCR cars could be poised to put on a clinic. 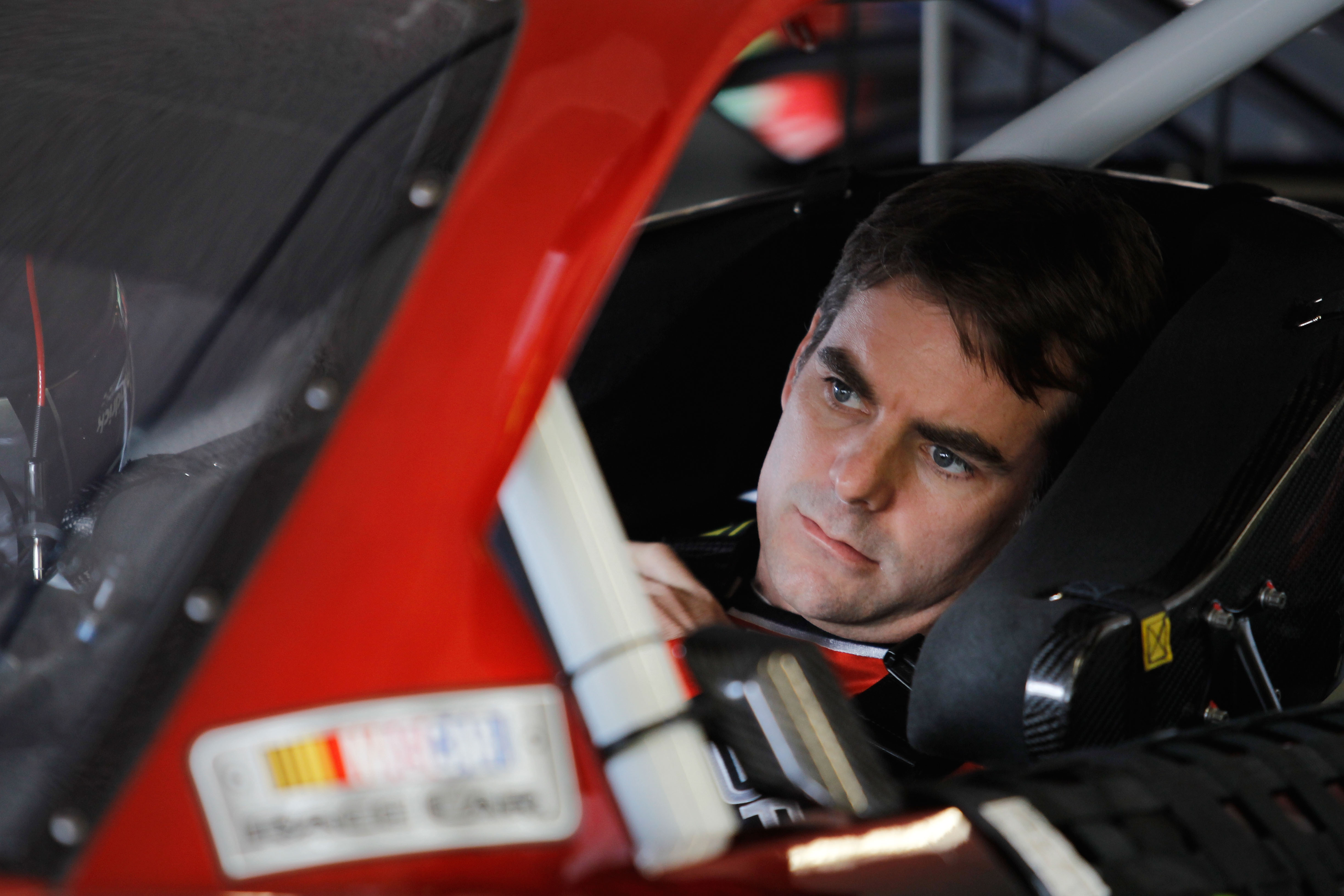 After Joey Logano's spin brought out the second caution of Duel Two, Jeff Gordon was faced with a choice.

Running second on the inside line he could have pushed the No.18 of Kyle Busch, or he could drag his brake and let his dancing partner for the day Trevor Bayne pull up to his bumper and push him again.

He chose Bayne and left Busch all alone.

Despite the fact that their pairing ended with an accident, Jeff Gordon and Trevor Bayne showed the value of loyalty in the new metric of the two-car tango.

The pair would fade on the restarts, but after a couple of laps they would be closing on the leaders time after time.

Gordon is as good as anyone at finding the right partners at Daytona, and despite Bayne's lack of experience, Gordon stuck with a winning hand. 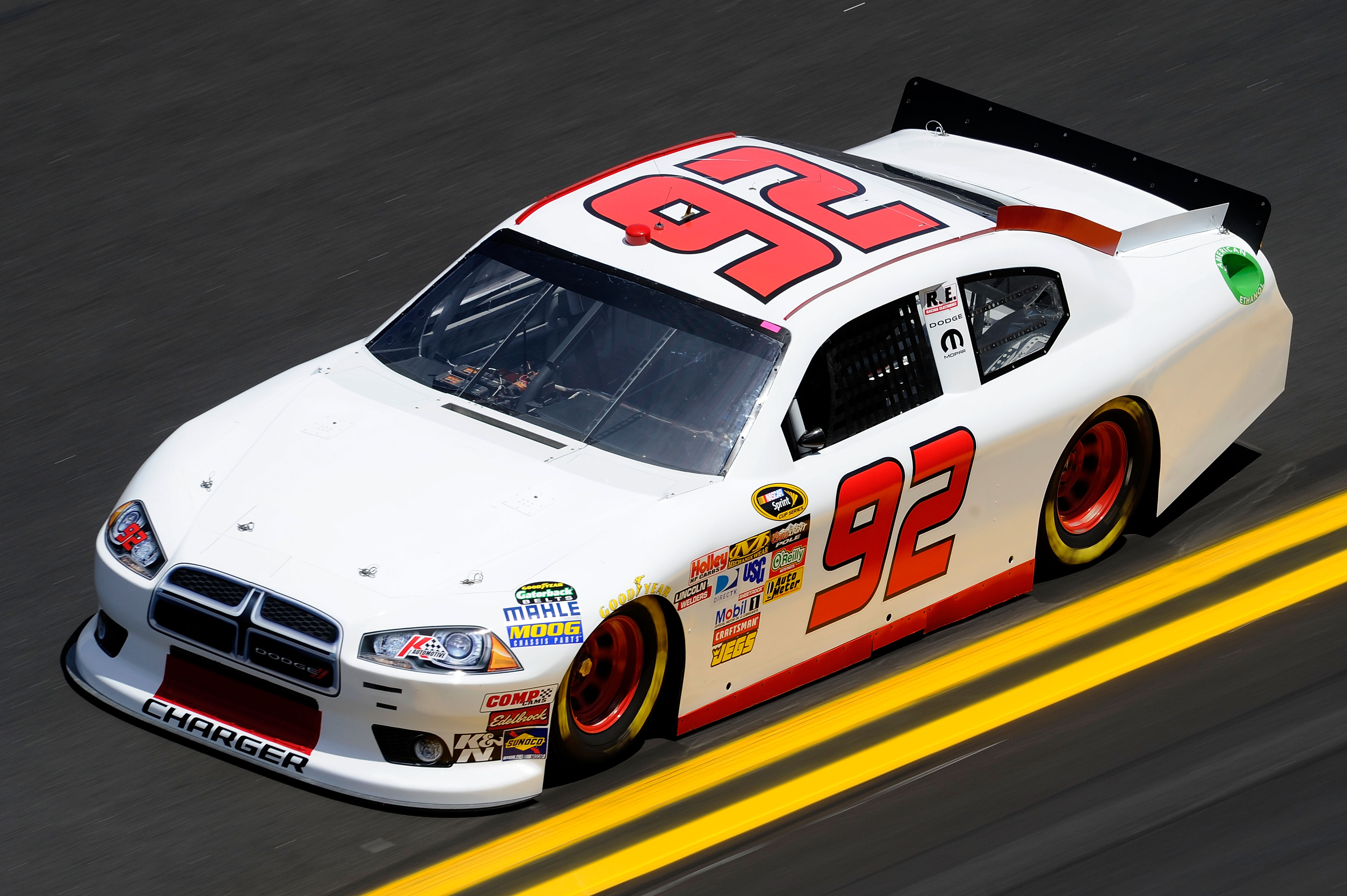 Brian Keselowski may be one half of the feel-good story so far at Speedweeks.

In jeopardy of not making the Daytona 500, he hung in until he found a partner and made it to the front in a race car that was four years old.

Keselowski parlayed his fifth place finish in Duel Two into a 12th place start on Sunday in the Daytona 500. 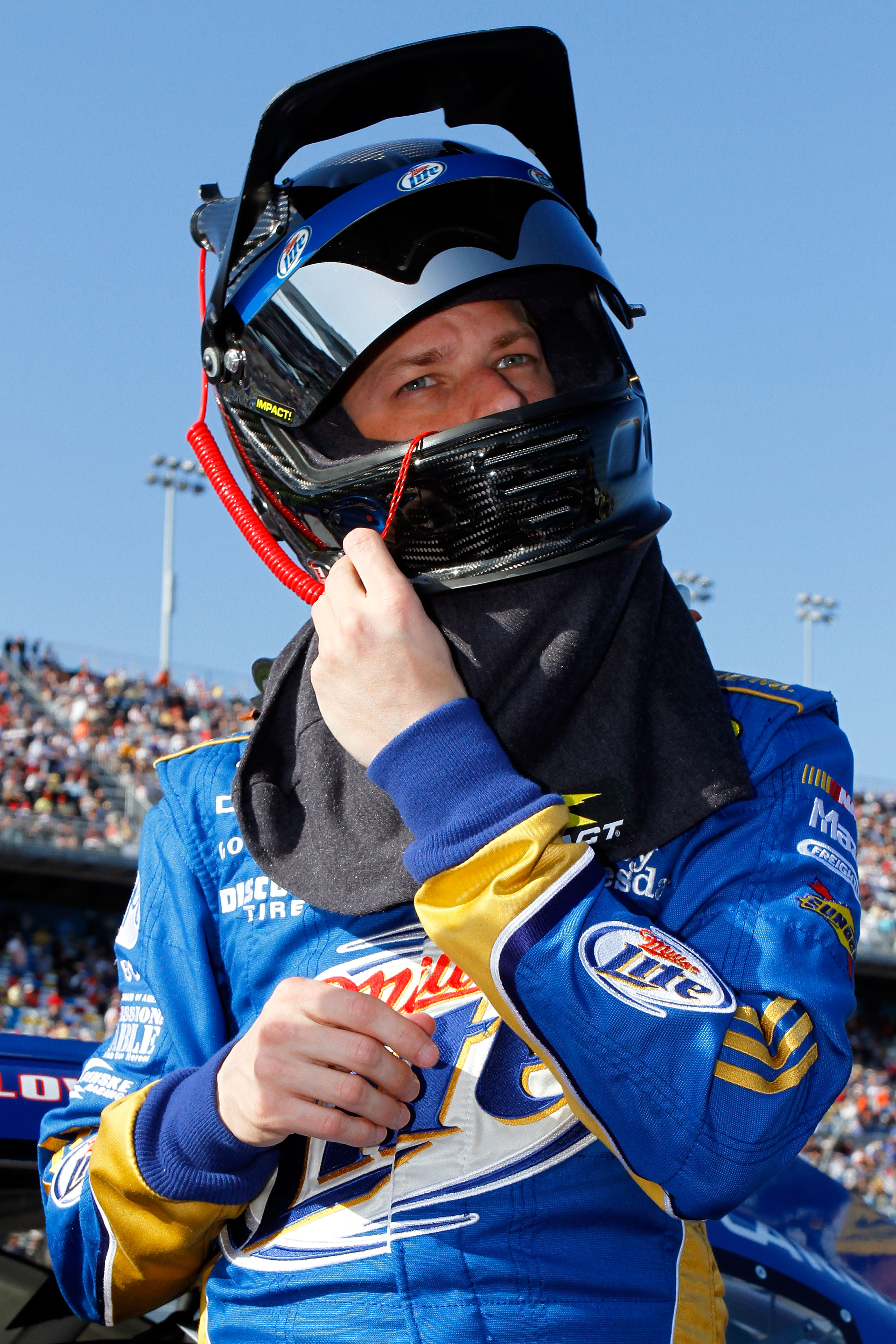 Brad Keselowski is the other half of the feel good story from Thursday's Duels.

He was able to help his brother Brian to a spot in the Daytona 500.

The car Brian Keselowski was driving is owned by their father and gets technical assistance from Penske Racing.

There's also a competitive hint in what happened with the Keselowski brothers over the last couple of laps.

If Brad can push a four-year old Dodge to the front that quickly, he's got a strong piece to wield from his 16th starting position on Sunday in the Daytona 500.