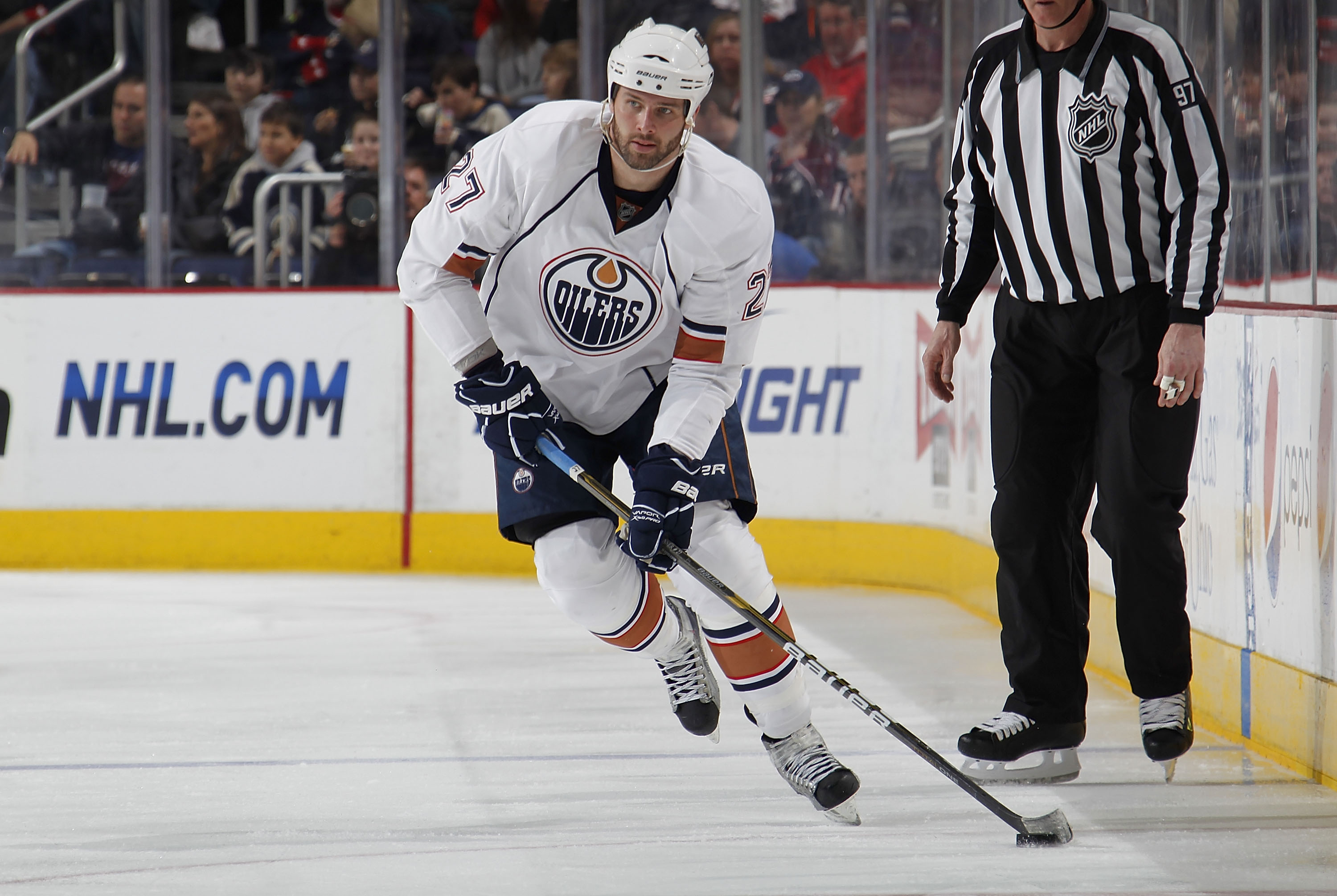 The Pittsburgh Penguins have had what can't be called anything less than a roller-coaster year.

At the outset of the season, they were expected to be one of the top contenders for the Eastern Conference title and many thought they would be making their third Stanley Cup Final appearance in four years.

They lived up to those expectations through the first few months, but since that time, the Penguins have begun to slip a little.

Now sitting in fourth place in the conference, five points behind the division rival Philadelphia Flyers for the conference lead, the Penguins have been stricken by the injury bug. Superstars Sidney Crosby and Evgeni Malkin are both out with long-term injuries, the latter being unable to return until next year. All in all, the Penguins have nine players on injured reserve and are struggling to fill their roster night after night.

Many people are worried about the Pens, who have still managed to stay afloat rather well and not go into a free fall down the standings, but many fans are thinking of the upcoming playoffs and how they will be affected by the imminent trade deadline. If the Penguins want to add any sort of depth or find someone to fill in and boost the team with this many regulars out, they'll have to do it quickly, as the trade deadline is coming up fast.

Here are 10 potential trade targets for the Penguins. 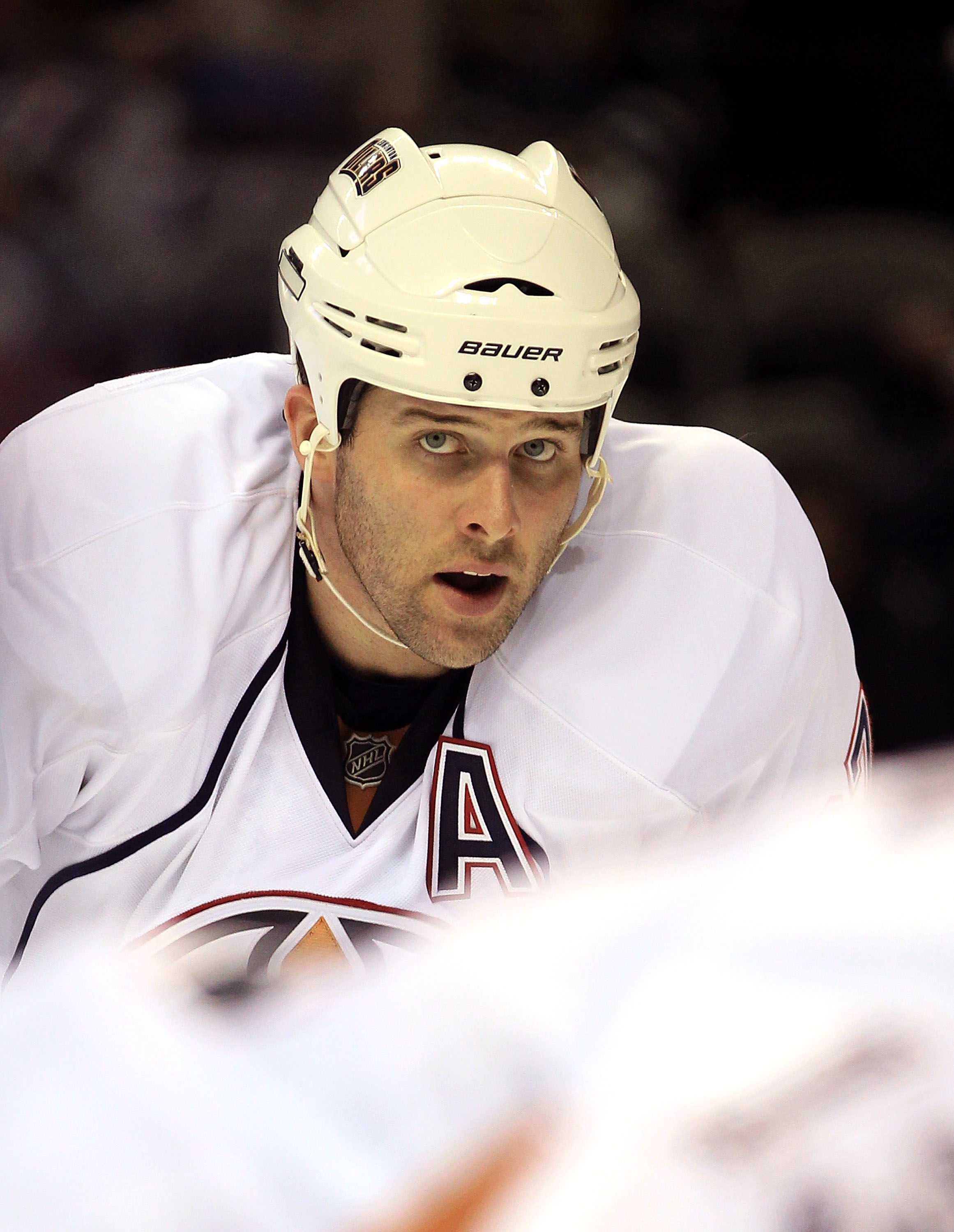 The Oilers are in the midst of a long and painful rebuild that is finally starting to show signs of success. However, they're still the worst team in the Western Conference and they're still looking for ways to stockpile draft picks and continue their youth movement.

Dustin Penner was a brilliant asset for the last three seasons to help this rebuild, specifically last year, when he scored 32 goals.

However, it appears as though his days with the Oilers could be drawing to a close. His numbers have dipped this season and with the rise of young hotshots Taylor Hall, Magnus Paajarvi and Jordan Eberle, it looks like Penner could be on his way out. The big 6'4" forward also has a pretty high cap hit at $4.25 million.

The Penguins would love to have someone like him to bolster their ranks and greatly increase their scoring depth. Additionally, with guys like Pascal Dupuis and Mike Rupp in contract years, Penner would supply some stability for at least another year. 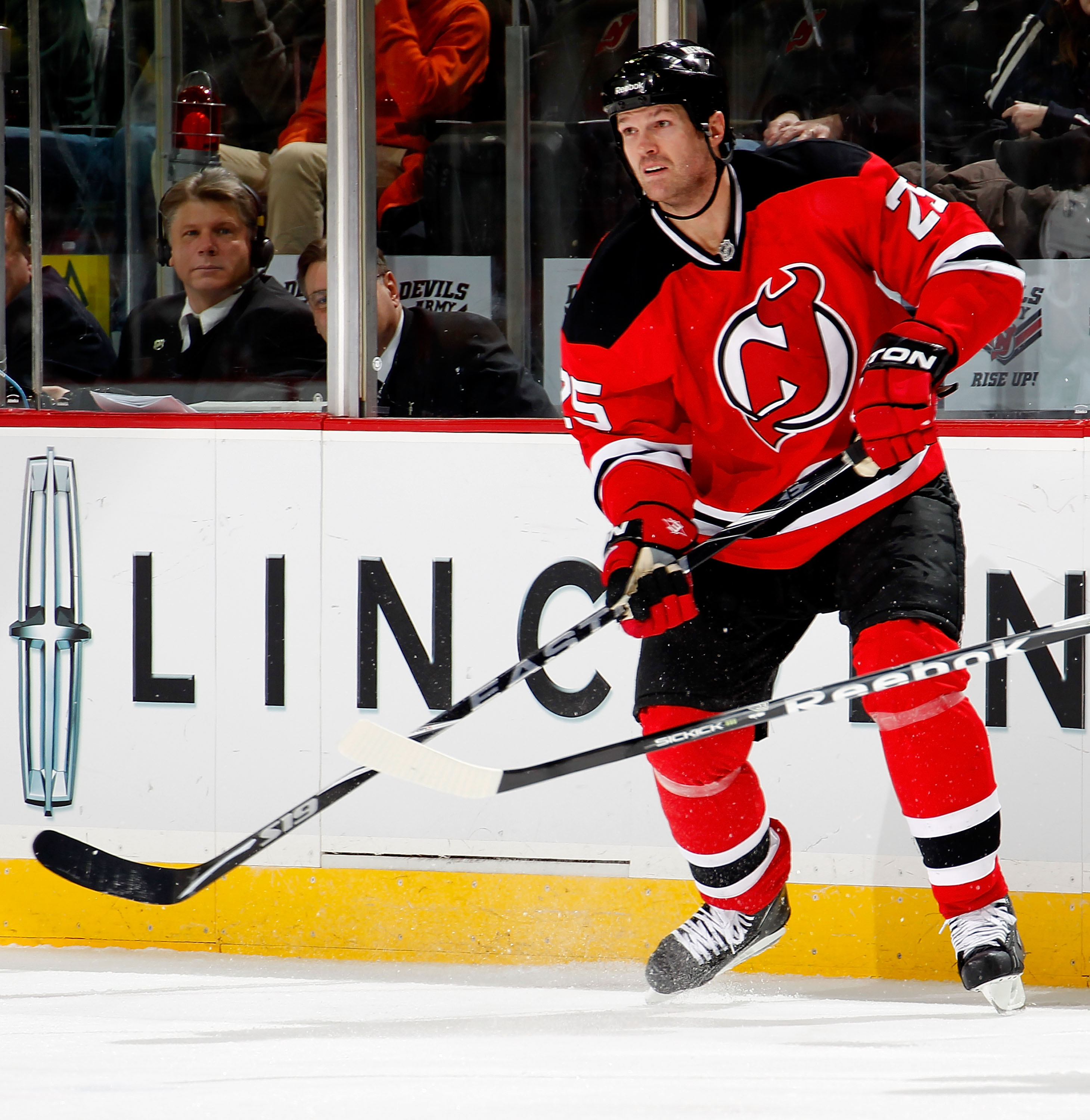 Jason Arnott is another example of a player who could really bring in some tested and proven scoring talent in a rental scenario. He's got a high cap hit of $4.5 million, but if he comes in at the trade deadline, the Pens would only have to pay part of that and then let him go after the season.

Arnott is a proven, consistent point scorer with a load of NHL experience. He hasn't worked out as well as the Devils would have liked and with their dire situation when it comes to their salary cap, they could be looking to move Arnott to a different team. The Penguins could benefit from his talent on their first or second line throughout the playoffs. 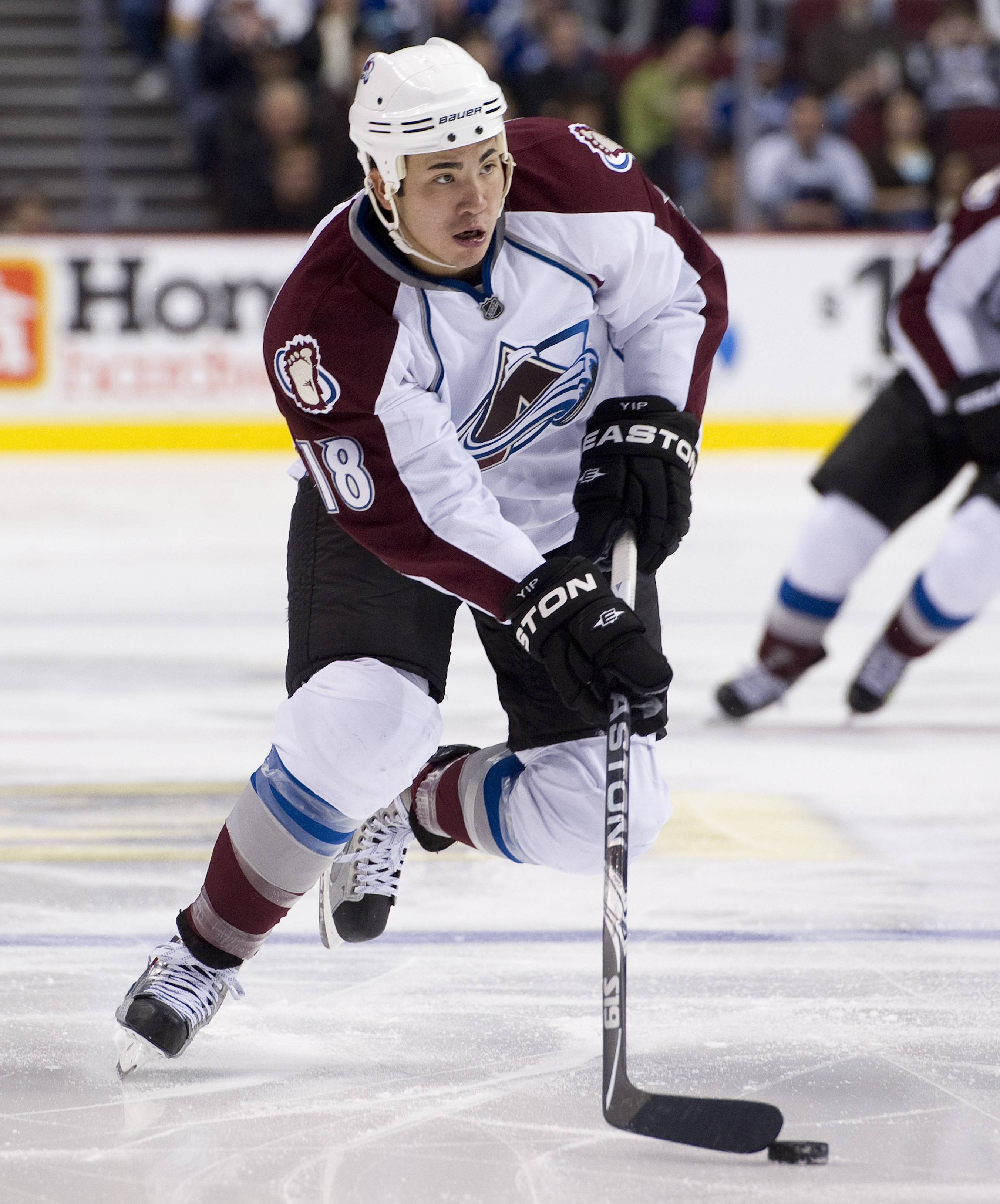 The Avalanche are sliding down the standings quickly and they could be leaning toward shedding some of their assets to make room for some new faces next season.

Brandon Yip started the year in the minor leagues and has worked his way up to the big-league squad, but since then, he hasn't really panned out on the speedy Avalanche. His 19 points are not exactly what's been expected of him and his minus-10 rating shows a bit of work needs to be done on his defensive game.

At the age of 25, he is eligible for unrestricted free agency, but he does have a year left on his contract. He could be a great asset for Pittsburgh to add to their lineup. He's got a good price tag at only $0.725 million, and if he winds up taking off for Pittsburgh, the Pens will have picked up a stellar player. If he doesn't, then he would serve as a good depth forward for call-up when Pittsburgh needs a man from the minor leagues. 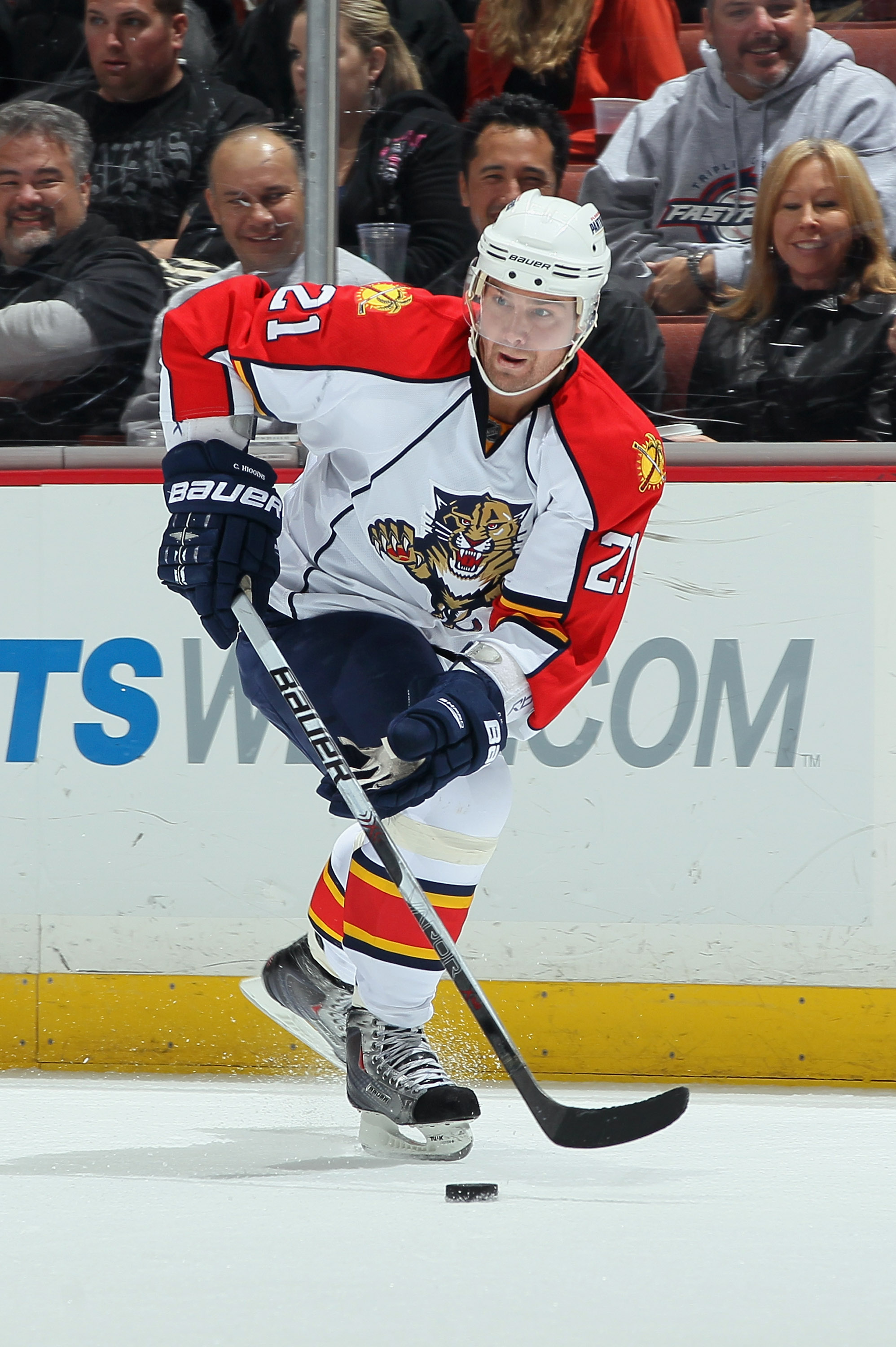 Higgins joined the Florida Panthers a year after a very disappointing season with the New York Rangers and Calgary Flames and once again his play hasn't really adapted to the style of his new team. He hasn't been able to find the good form he had in Montreal, so it looks like it's time for yet another change of scenery.

Higgins would be a good pickup for the Penguins because he has some years left in him at the age of 27, has some great potential and comes with a decent price tag at only $1.6 million. Like Jason Arnott, if he doesn't work out, he'll be an unrestricted free agent, so the Pens can let him walk. 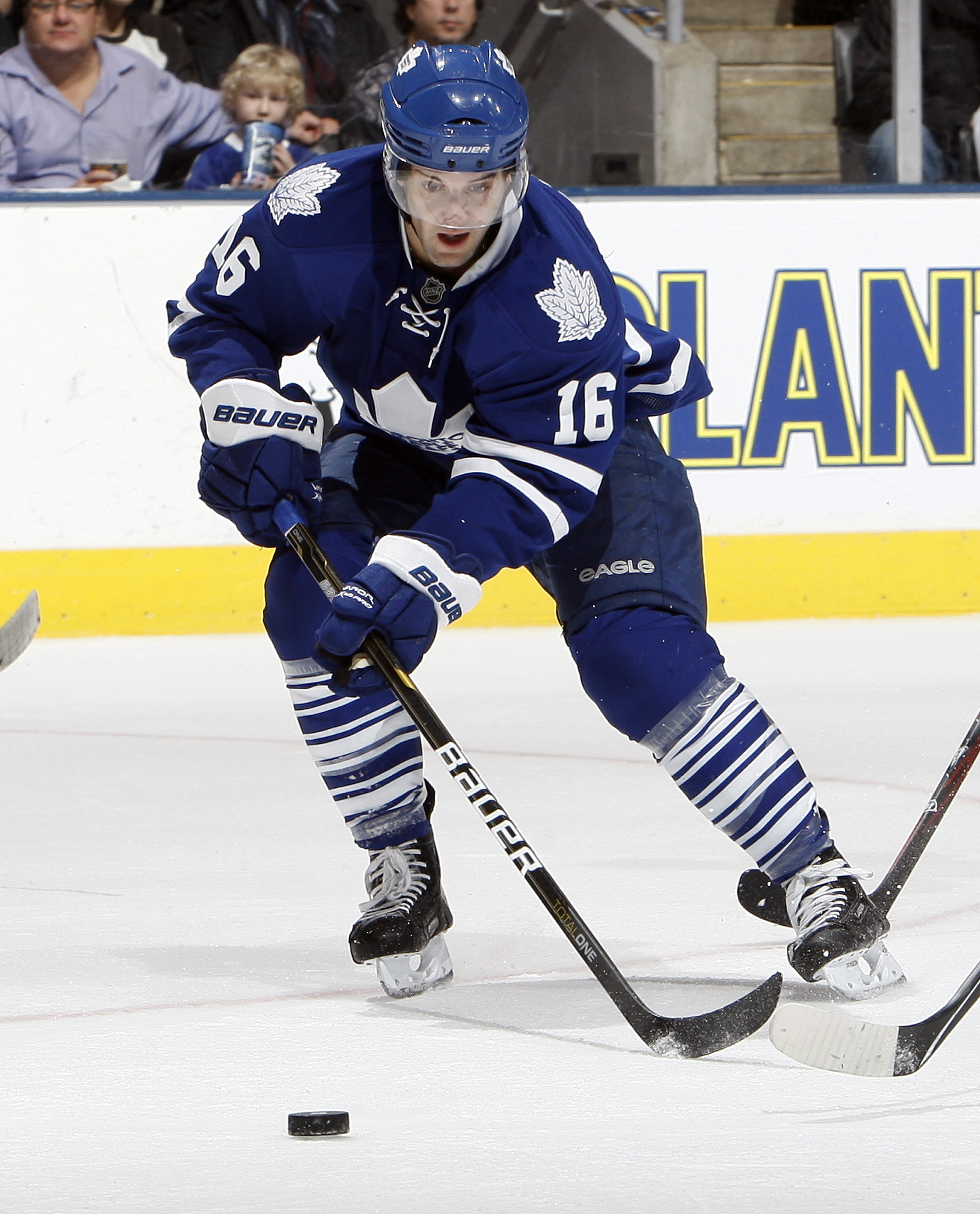 There have been a few trade rumors circulating around about the 25-year-old left winger, who's having a pretty good year for the Maple Leafs. His $1.1 million cap hit is not bad and his production has been good. However, if the Leafs need to shop him around in exchange for a defenseman, they might be willing to make a deal.

In return, the Penguins would get a good, budding left winger who's starting to show his true potential as a scorer. He would be a fantastic pickup for the Penguins and would provide great support on a second line. He currently doesn't have much support in the way of teammates, so if Pittsburgh is willing to make the investment for a budding superstar, they'd have a great asset for years to come. 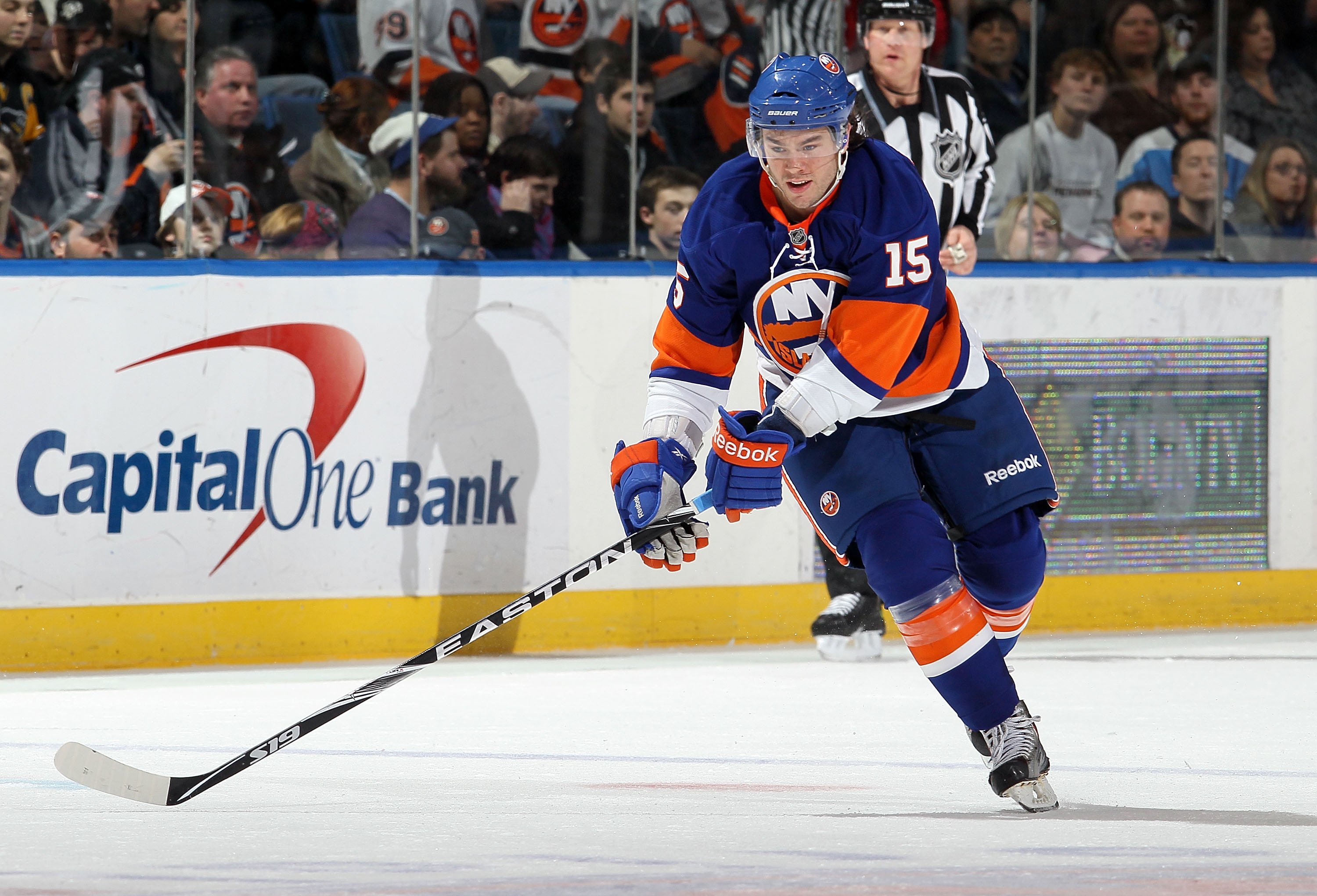 Parenteau is a feel-good story in that he's done his time, worked hard, fought his way up to the NHL and is now seeing success. After being drafted by Anaheim 264th overall in 2001, Parenteau has found his role on the New York Islanders. His production has been impressive at 35 points, and he's made a name for himself in the Eastern Conference.

The Penguins would love to pick up his services, as he's showing promise and potential despite his age and would likely be a valuable asset for the Pens over a playoff run. 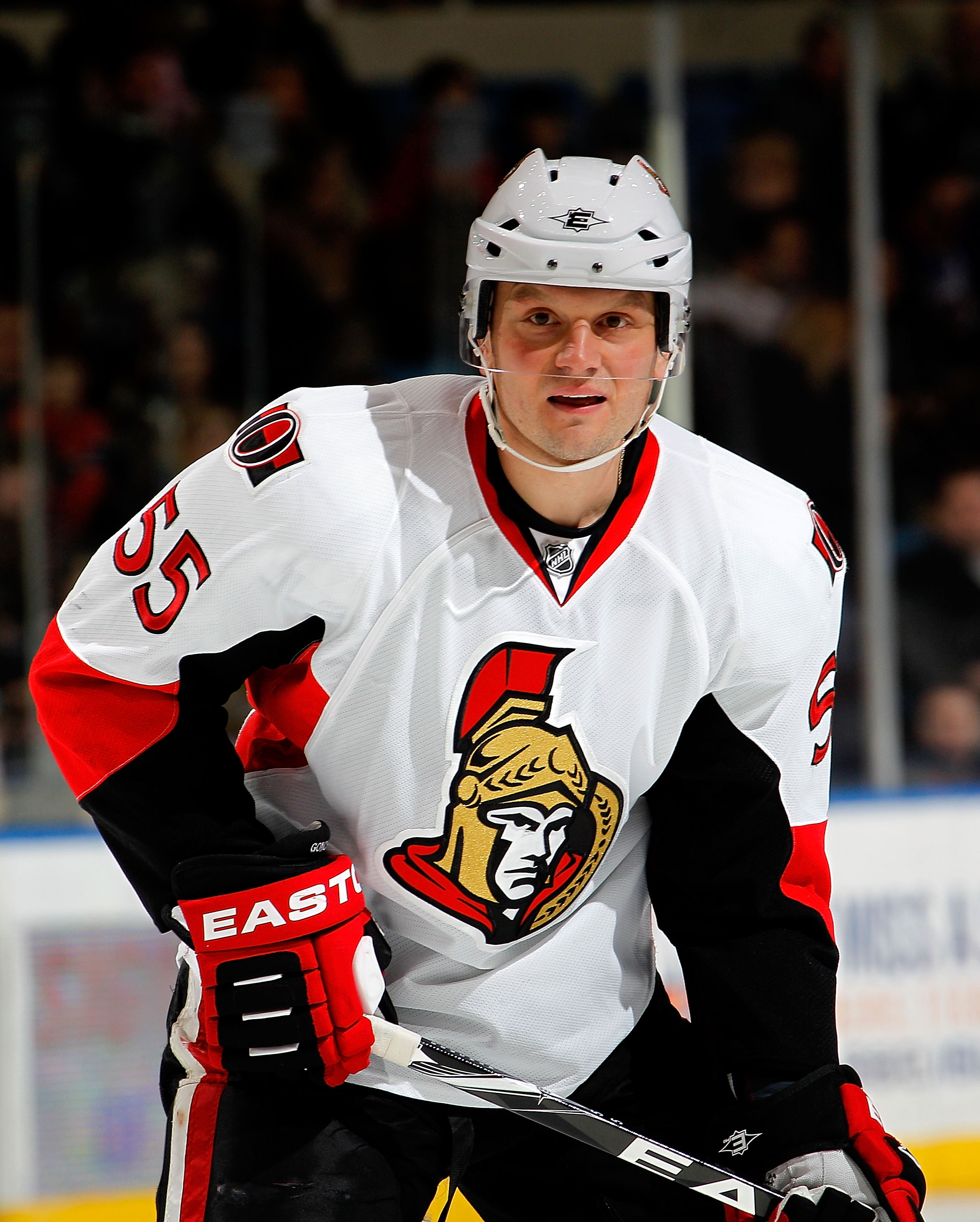 Sergei Gonchar had some of the best years of his career in Pittsburgh, even winning a Stanley Cup with them in 2009. After leaving last summer when the Pens decided not to re-sign him, the aging Russian blueliner moved on to Ottawa, where to say he hasn't fit in would be a major understatement.

Just one year removed from scoring 50 points in 62 games, Gonchar is on pace to put up just over half of those points this season, while playing more games overall.

The Penguins, in the meantime, would love to boost their defensive production. So far, Kris Letang has had a stellar year offensively, but he's really been the only one producing. If the Pens could bring Gonchar back in, it would significantly boost their defense and the Senators would love to see his gigantic contract disappear from their payroll. 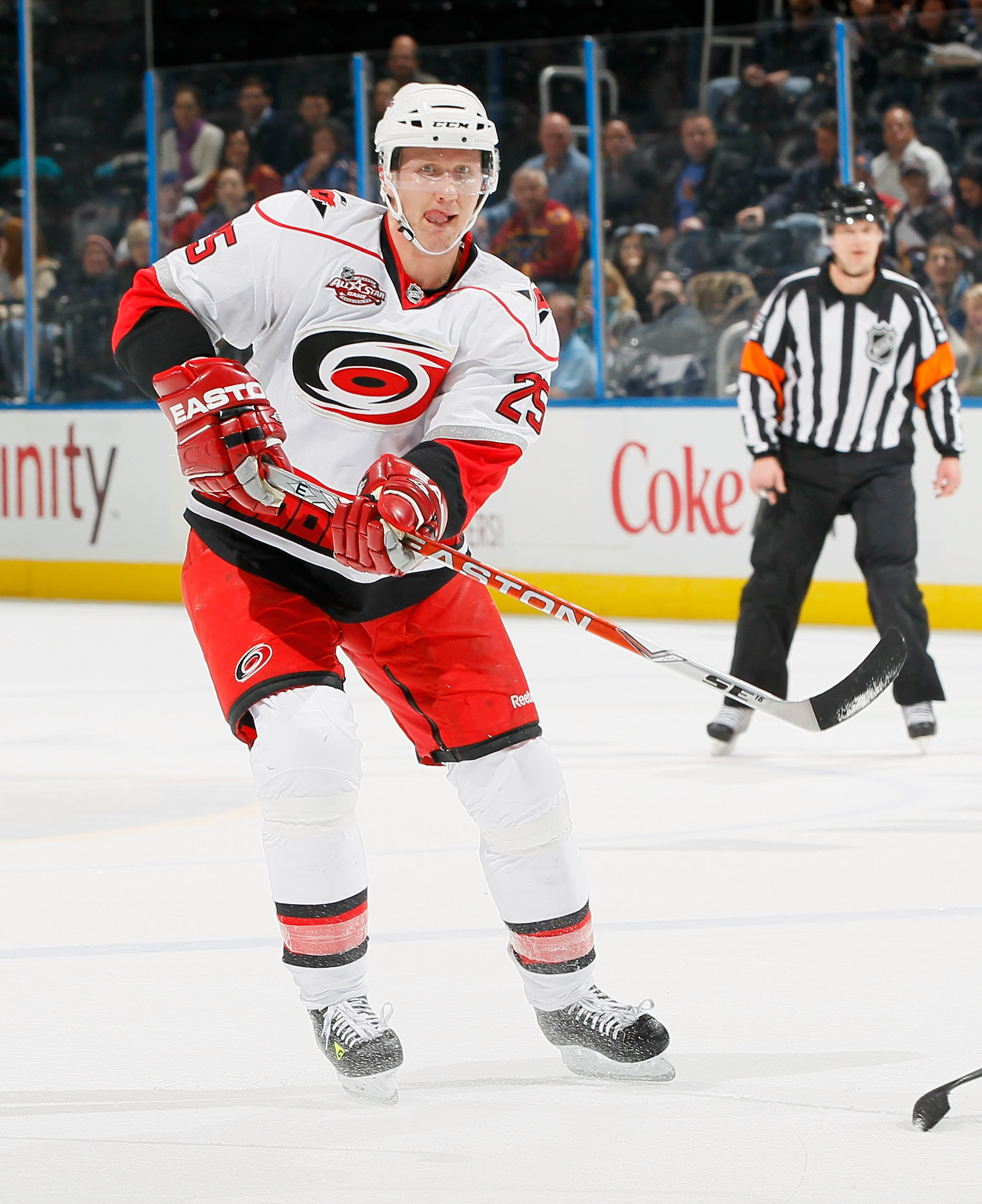 Joni Pitkanen is being shopped around by the Carolina Hurricanes, who are looking to trade him away rather than risk losing him to free agency this summer. His cap hit of $4.0 million is rather high for some teams, but since he'll be a free agent this summer, he's an ideal rental player for a team like Pittsburgh.

The Penguins would not be obligated to keep his big contract around and are perfectly capable of letting him walk this summer if he doesn't pan out as a good trade,and the Pens could probably get him for a good deal, since the Hurricanes are looking to deal him away over the next couple weeks.

He would be a good solid defensive partner for a guy like Alex Goligoski or even to balance out the offensive talents of Kris Letang. 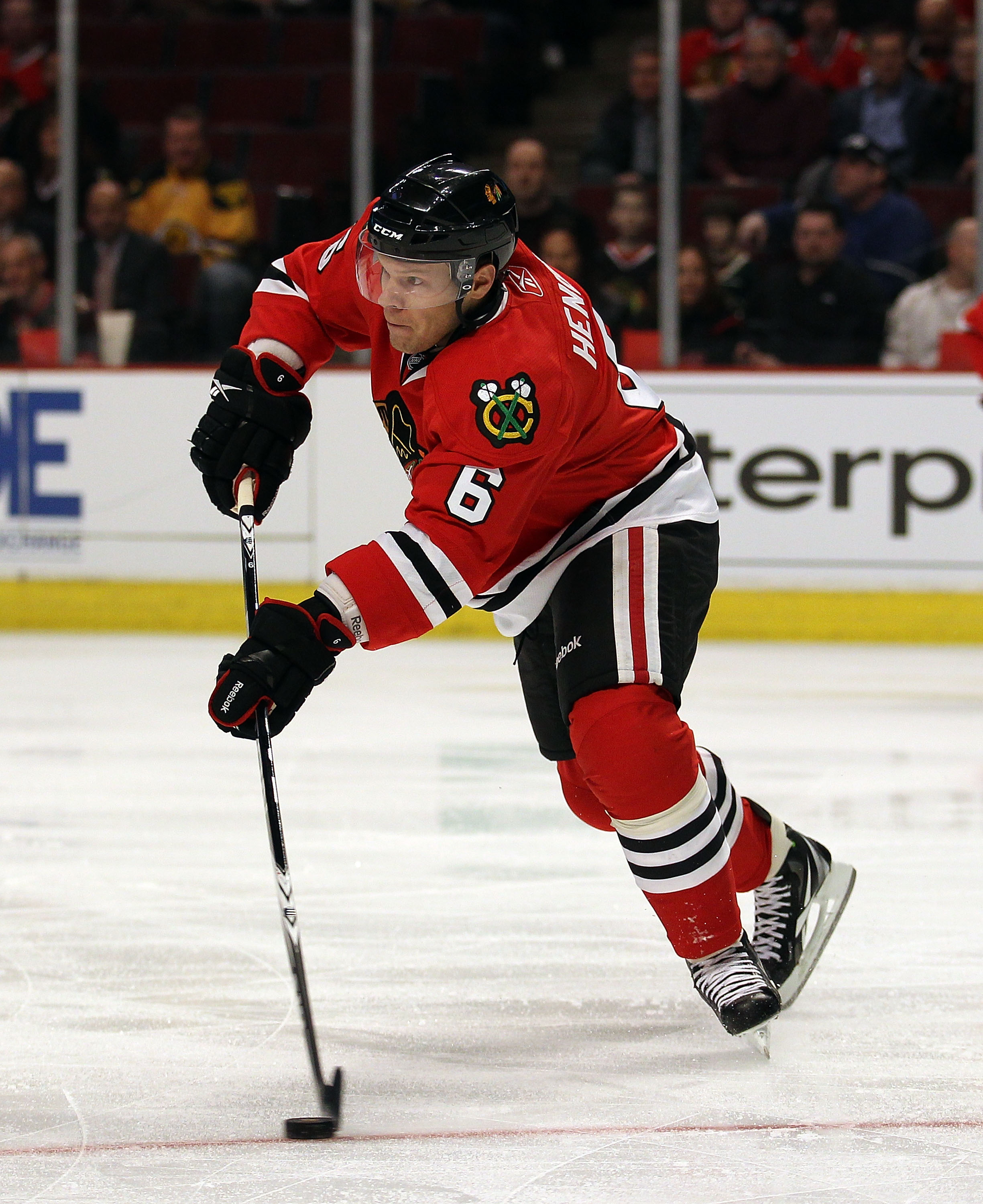 Jordan Hendry is an ideal target for the Pens in the short term. He's only played 32 games with the Blackhawks this season, making trips up and down from the minor leagues. He's only notched one point in those 32 games, but has a respectable minus-one rating, demonstrating some decent defensive talent.

Hendry would also be a great pickup because he's an ideal rental player. At the age of 26, Hendry is eligible for unrestricted free agency, which he'll be doing this summer as his contract expires. His cap hit is very low and he's eligible to walk contract-free at the end of this season, making him a brilliant depth candidate for the Pittsburgh defense. 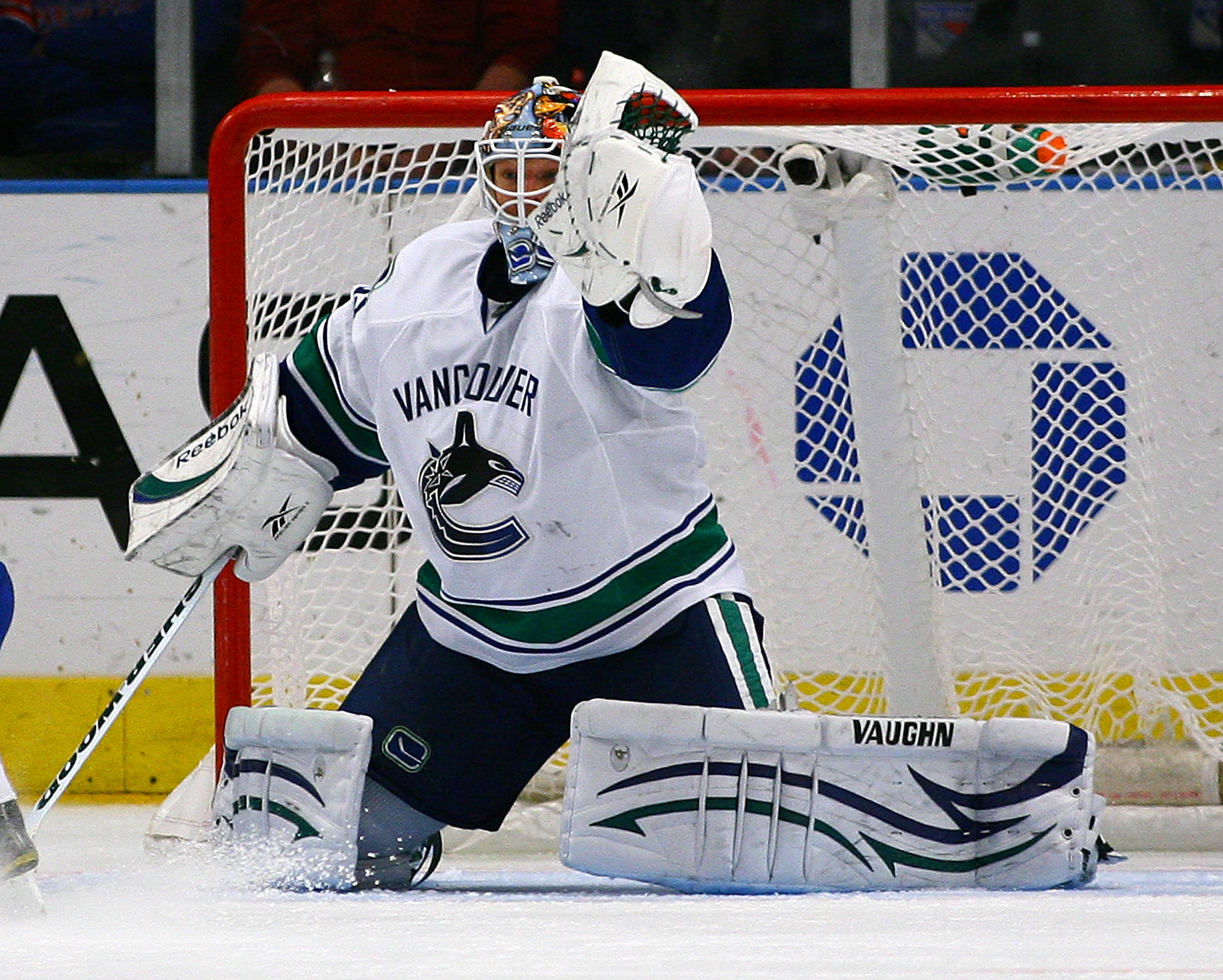 Many people believe Cory Schneider will be leaving Vancouver at the end of this season and that he's the goaltending catch to be had. His numbers this season have certainly backed up those high expectations and caught the eye of general managers around the NHL.

It really wouldn't be a bad idea for the Pens to beef up their goaltending in anticipation of a playoff run, or in the event Brent Johnson gets in another fight and breaks his hand or Marc-Andre Fleury's game takes a drastic turn for the worse. These things happen, and having a good quality third goaltender would be an excellent choice.