NHL Power Ranking: Evgeni Malkin and the Most Devastating Injuries This Year 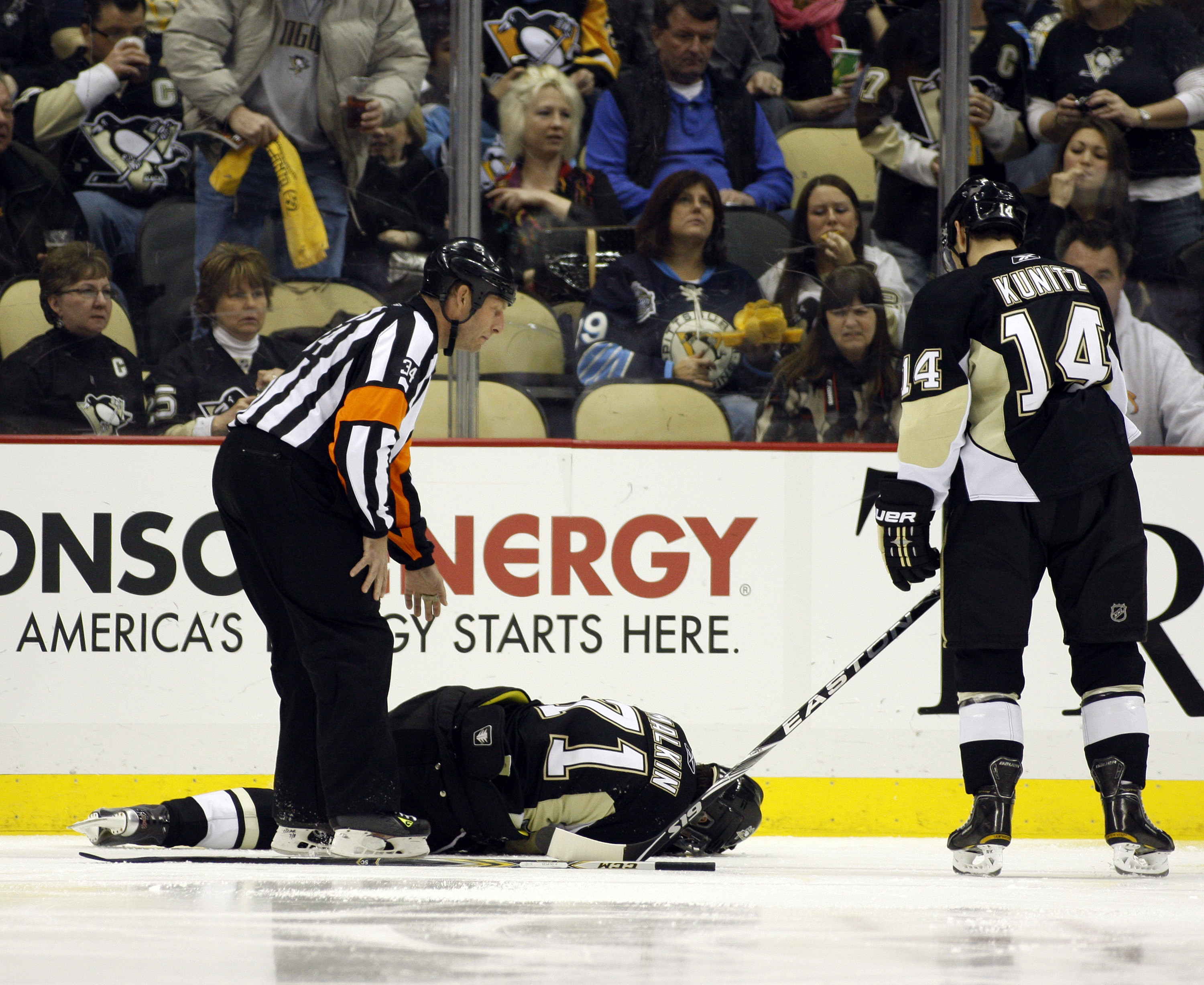 Every team in the NHL deals with the injury bug at some point over a long 82-game season.

But for some players, the bug hits harder than they could have ever imagined.

Seasons full of promise come to an end. The possibility of retirement is brought up in conversation. Some players can't catch a break and come back from one injury only to deal with another shortly after they return.

Here are the NHL's most devastating injuries so far in the 2010-11 season. 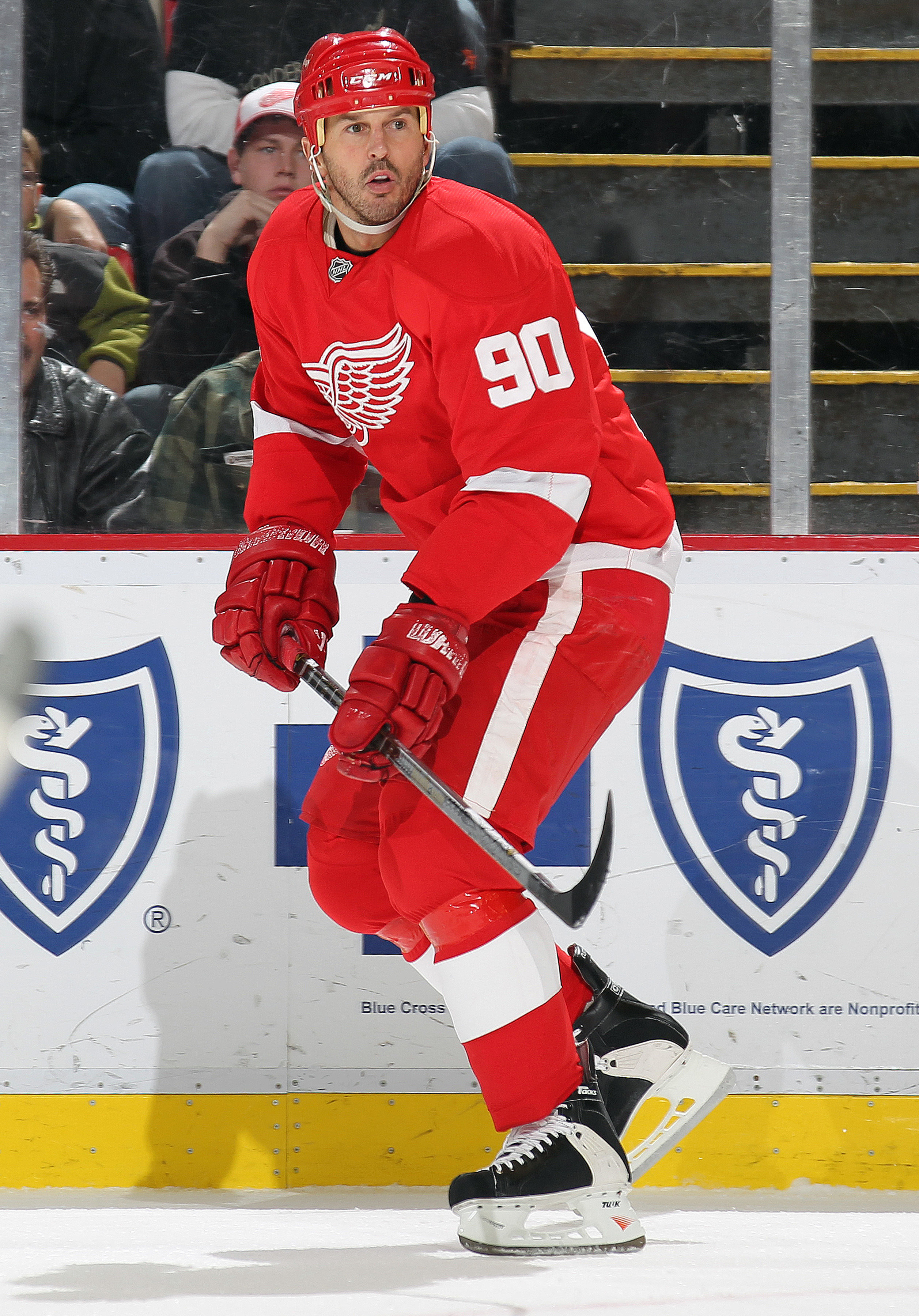 Modano was injured in a November game against the Columbus Blue Jackets when he got cut with the blade of R.J. Umberger's skate.

Modano left the game and was diagnosed with a severed tendon and nerve damage in his right wrist.

He underwent surgery but it is unknown how much more time he will miss. He has already been out for two-and-a-half months.

Modano came to the Wings on a one-year deal after the Dallas Stars did not offer him another contract. He had eight points through 20 games when he got hurt. 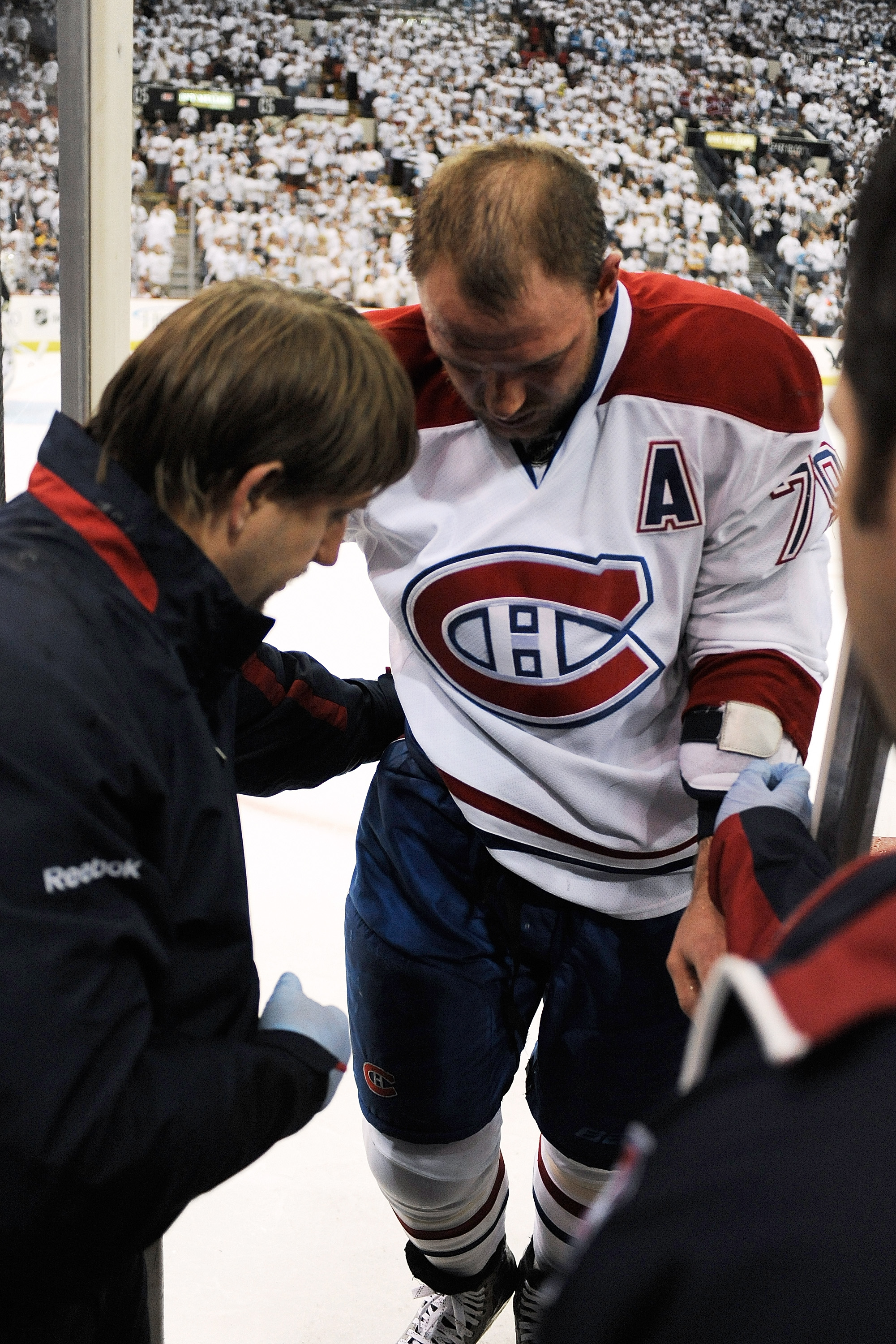 Markov was injured back in November when he collided with Carolina Hurricanes forward Eric Staal. He re-injured the knee he had surgery on in the offseason, which he had after being injured by Matt Cooke in the Eastern Conference Semifinals against the Pittsburgh Penguins.

This time, Markov got stuck in a rut in the ice prior to his collision and had to be helped off. He faced this setback after already missing 10 games in the beginning of the year.

Markov has only played a full season once—in 2007-08—although he has been with the Canadiens for 10 years. Prior to getting injured, he had three points in seven games.

His latest injury has forced him out of the Habs' lineup for the rest of the year. 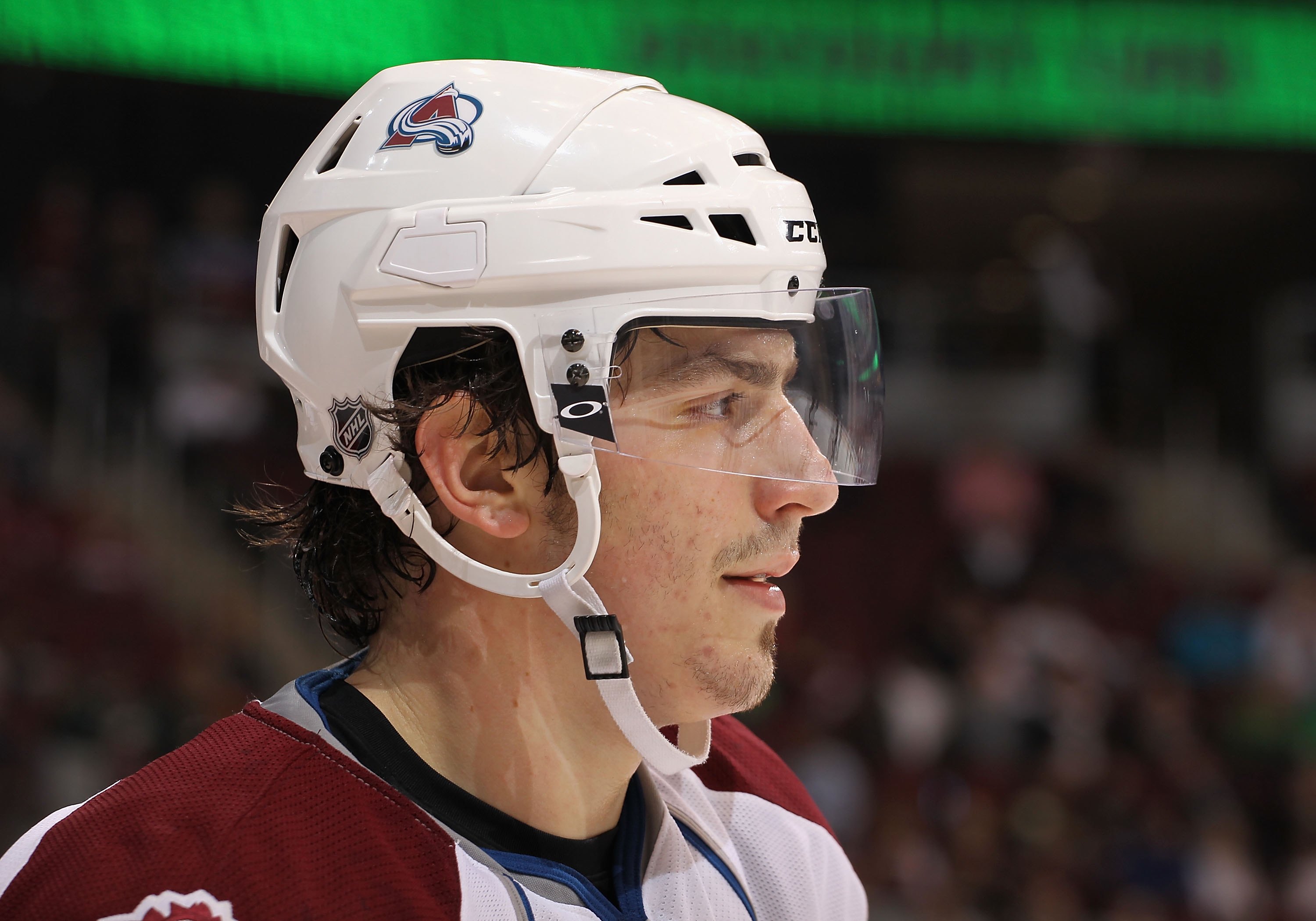 Mueller was barely over the concussion he suffered at the end of last season on a hit from Rob Blake of the San Jose Sharks.

But as preseason was underway, he found himself dealing with another one after a game with the Los Angeles Kings.

Mueller suffered the third concussion of his career in September and has not played since. At the time of the injury, some believed it happened as a consequence of Mueller not wearing a special helmet designed to lower the risk of damage suffered by head injuries.

Mueller is currently doing light workouts but has not yet been cleared for full contact.

He was traded to Colorado last season from the Phoenix Coyotes and had 20 points in 15 games upon his arrival. 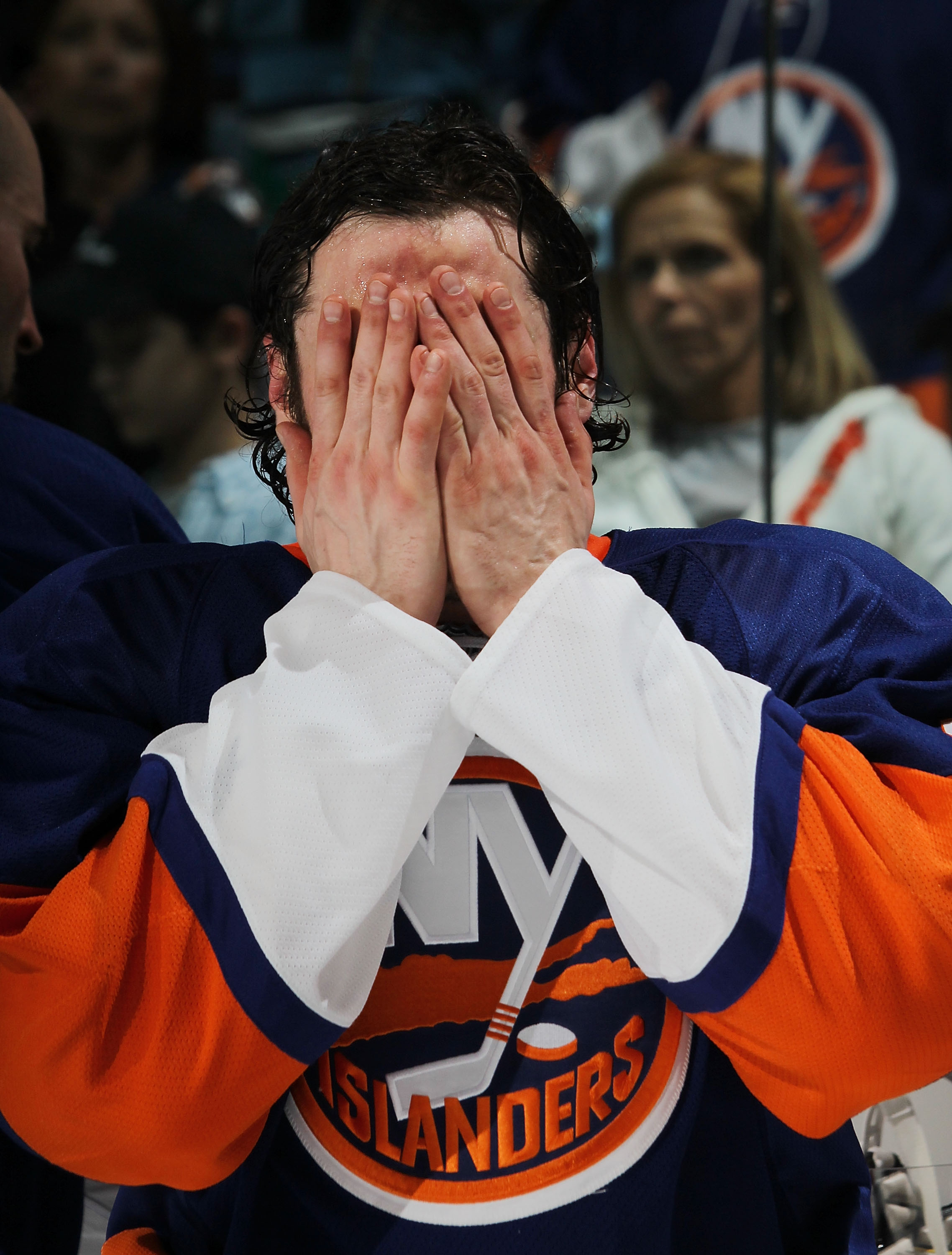 Streit was hurt during training camp in an intrasquad scrimmage. While he was facing the boards, he was gently pushed by teammate Matt Moulson. Streit tried to extend his arm to protect his fall but there was nothing he could do.

He underwent surgery in early October but was still expected to miss six months. He has yet to get into the lineup this year.

The Islanders alternate captain has been with the team since 2008-09. He had 49 points last season after posting 56 points in his first season on Long Island. 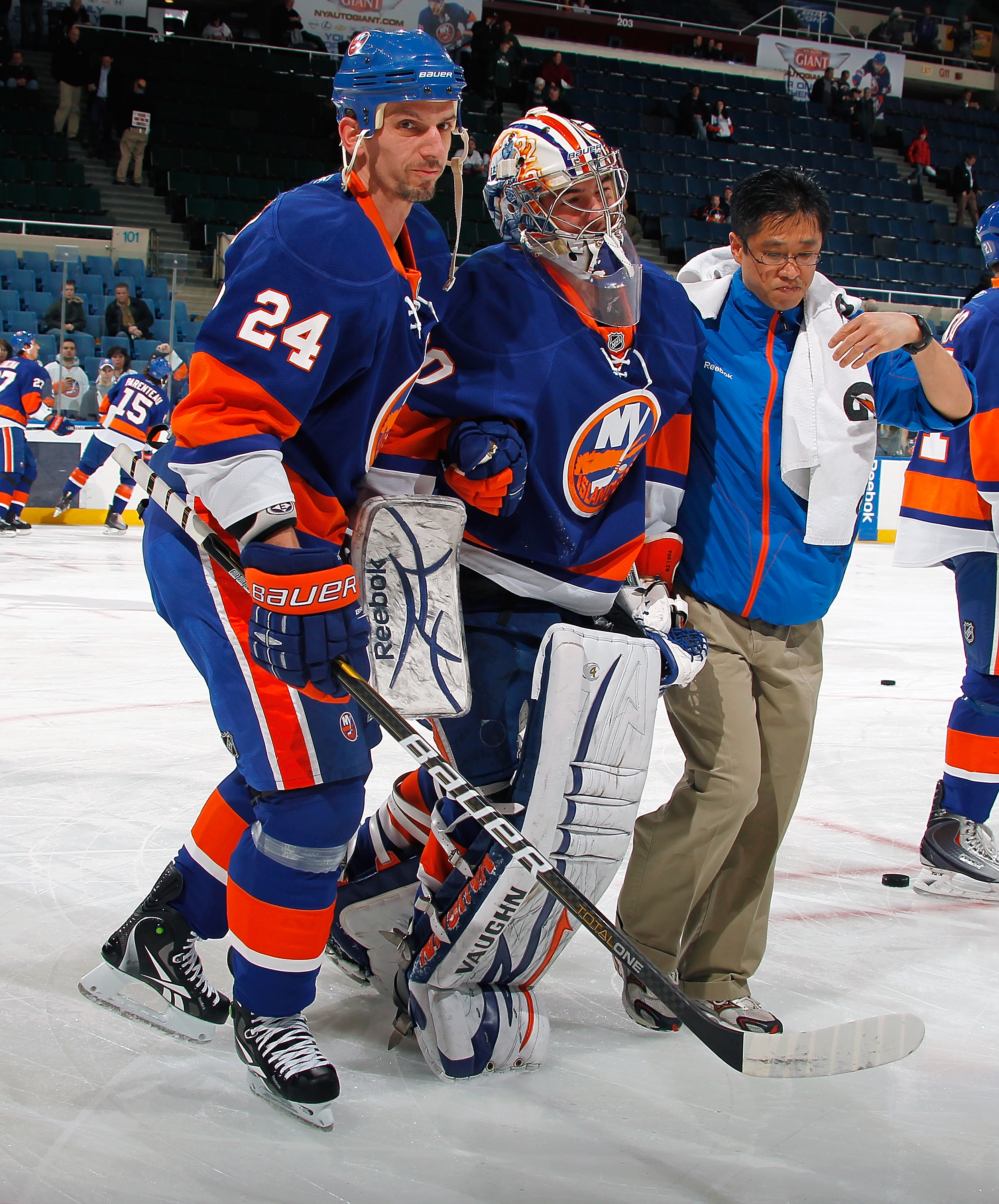 If you're a goaltender, you probably want to run screaming from the Islanders organization.

DiPietro, the almost-always injured goaltender who has one of the worst NHL contracts ever, got hurt in a fight with Penguins goalie Brent Johnson. Initial tests did not show any injuries, but he is now out four to six weeks with broken bones in his face and swelling in his knee.

Lawson was injured in a January matchup against the Buffalo Sabres. Fortunately, he has been skating and could be about a week away from returning.

But it's Poulin who could have the worst luck of all.

Poulin was warming up for a game against the Toronto Maple Leafs when he got stuck in a rut in the ice and went down. He suffered a dislocated knee cap and is done for the year.

Let's hope that Al Montoya, who came over from the Coyotes in a trade yesterday, can tend goal while playing in a bubble. He's going to need it. 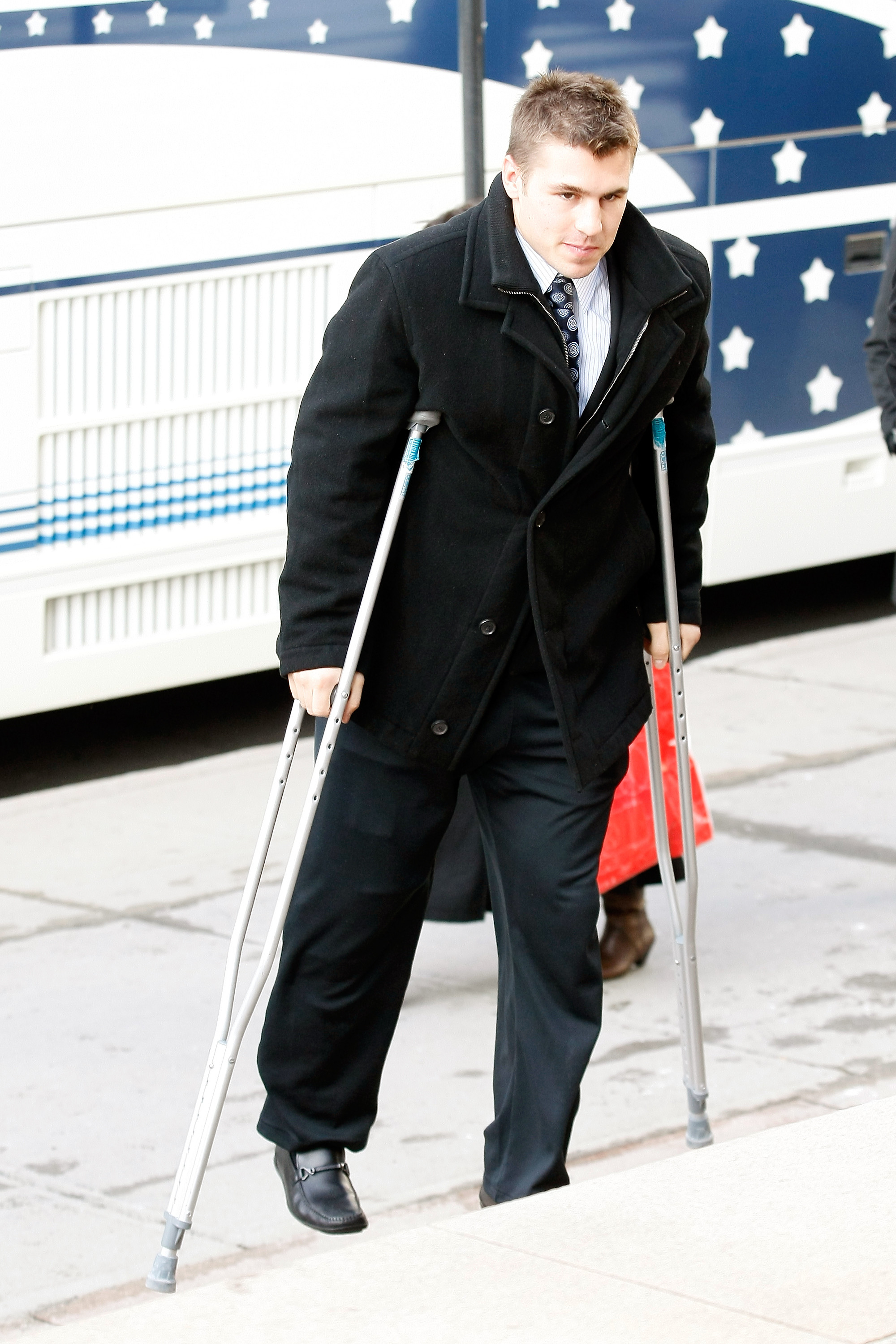 The Injury: Torn meniscus in knee

Parise has not played since suffering a knee injury on October 30 against the Kings.

He had surgery in early November shortly after getting hurt. Initially, he was told that he would miss three months of play.

However, he recently got an update that he may not skate until March. Although the doctor said his knee was healing properly, he did not want Parise skating until next month, which is his next doctor's appointment.

The latest news means that Parise could very well sit out the rest of the season.

He had six points in 12 games before going down. This is the first time in his career he has dealt with a major injury. 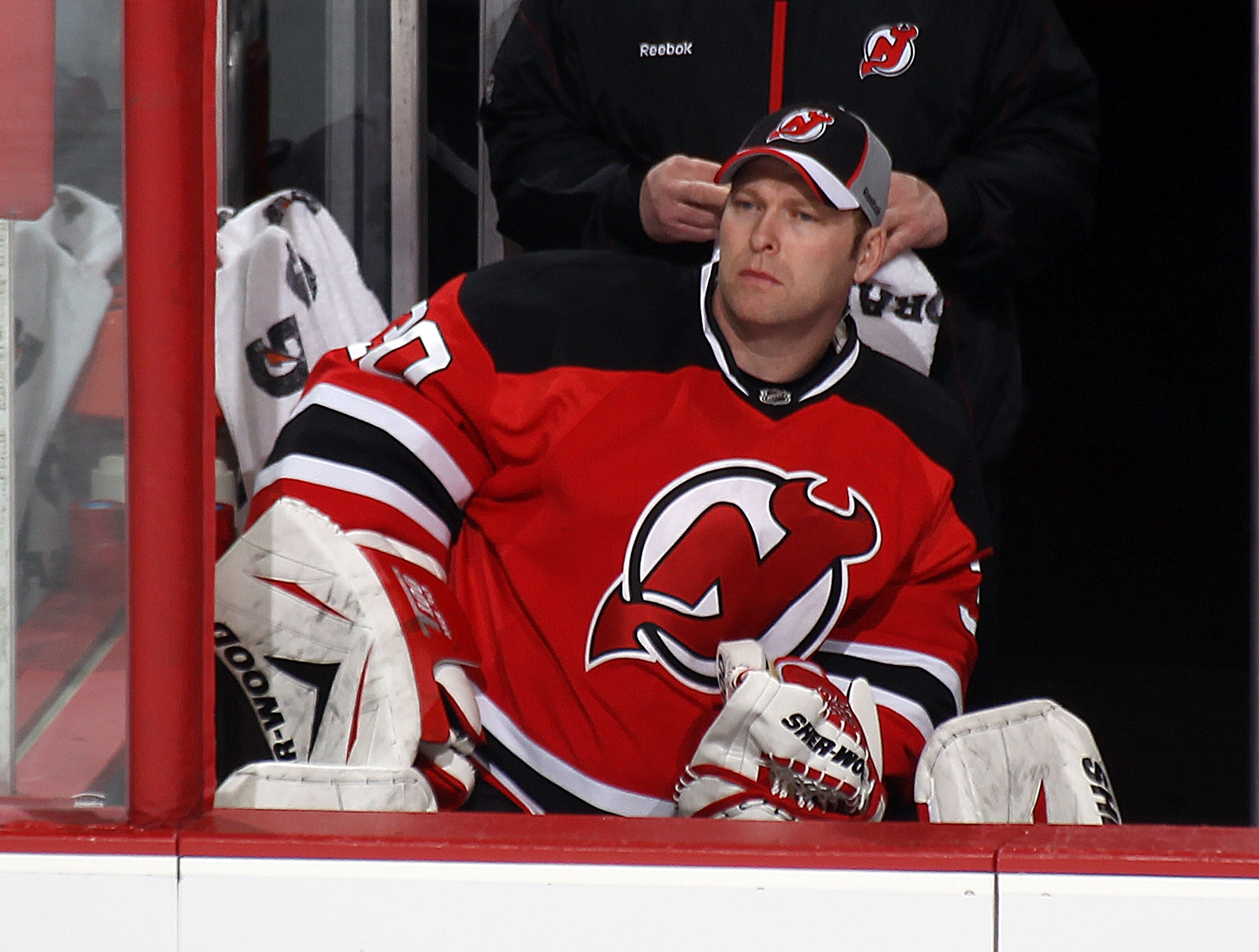 Earlier in the season, Brodeur missed nine games with a bruised elbow. However, he got another bad break on Sunday when he hurt his knee in a game against Montreal.

Brodeur said he realized he was injured when his leg got caught under him while he was making a save on Tomas Plekanec.

This is the biggest struggle he has had with injuries since 2008-09, when he missed close to three months with a torn bicep that required surgery. 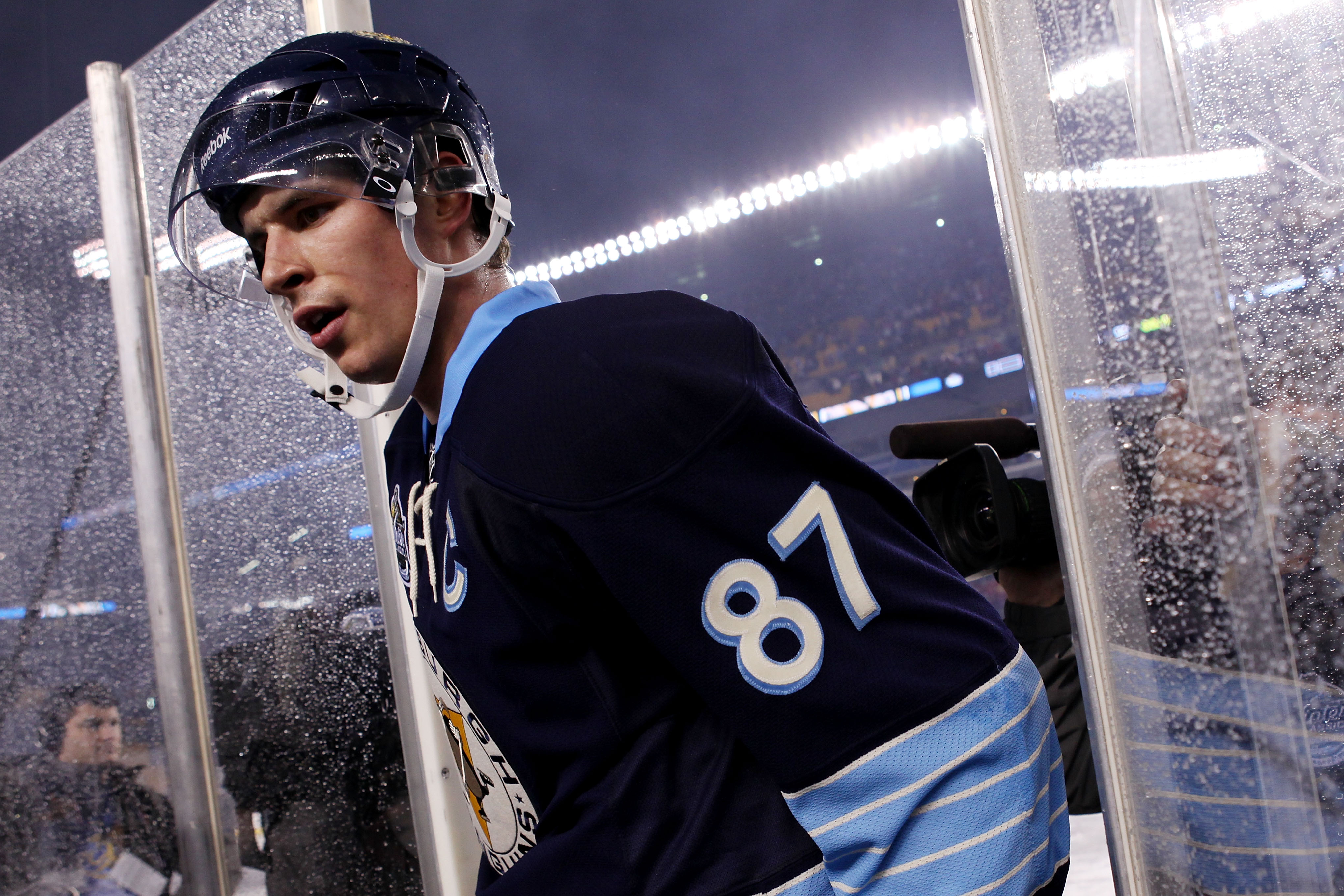 Crosby's concussion is probably the most confusing injury on this list.

No one can pinpoint exactly when it happened. Some think it happened when Dave Steckel of the Washington Capitals hit him in the Winter Classic, while others feel a hit from Victor Hedman of the Tampa Bay Lightning did the damage.

Either way, he has not played since that Lightning game on January 5.

Crosby had been cleared for light workouts, but it was then reported that he started to see spots and stars while skating. However, that was denied and now Crosby's status is even more confusing.

UPDATE: Crosby told the media this morning that he is feeling better but has not set a date for his return. 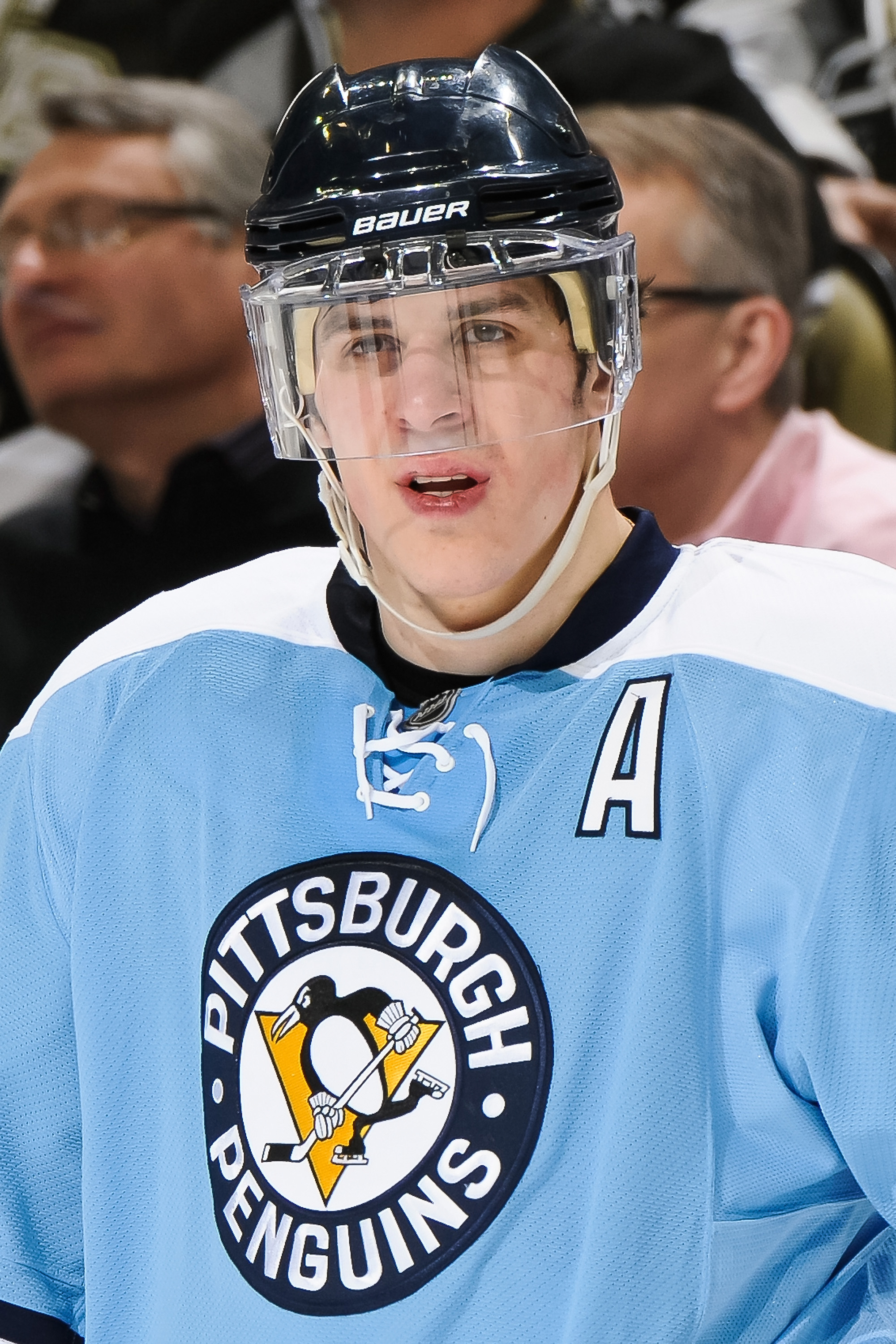 The Injury: Torn ACL and MCL

Malkin has been dealing with the injury bug all season. His knee was bothering him in October and December and eventually caused him to miss five games in January.

Furthermore, while he was out in January he also dealt with a sinus infection.

Malkin returned to the lineup last Friday against Buffalo. Unfortunately, he collided with Sabres defenseman Tyler Myers and injured his knee yet again.

Upon evaluation, it was determined that he had torn his ACL and MCL. He is now done for the year and will have surgery. His estimated recovery time is six months.

Malkin has missed significant time with an injury for the second straight year. He will end his disappointing season with 37 points in 43 games. 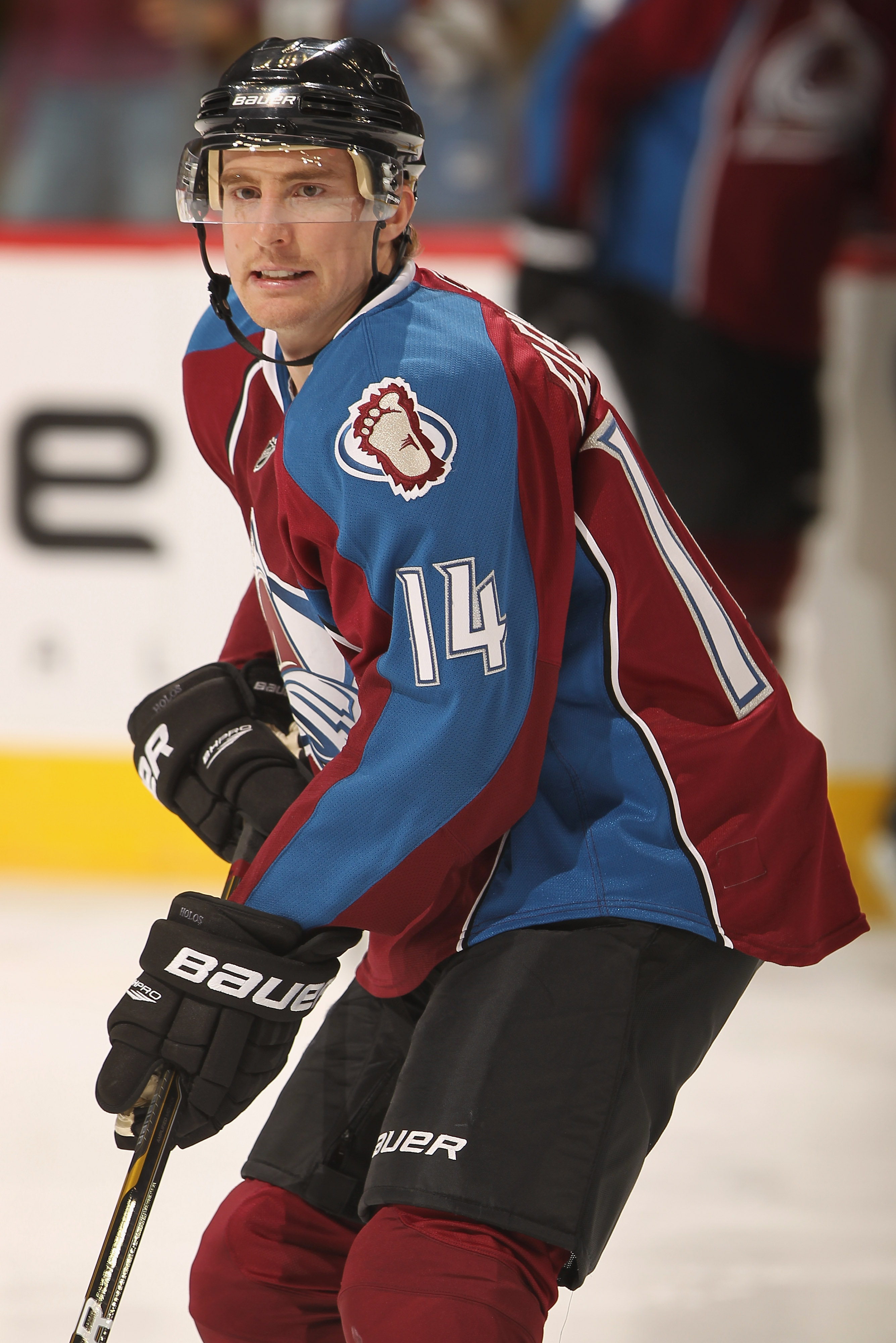 Fleischmann's problem may not be an injury per se, but it is still a serious matter that has brought a premature end to his season.

He was diagnosed with the embolism after he was evaluated for shortness of breath. He previously told The Denver Post that he had not been feeling well and felt like he had the flu.

Fleischmann was traded to Colorado from the Capitals this year in exchange for defenseman Scott Hannan. He posted 21 points in 22 games before going down for the season. 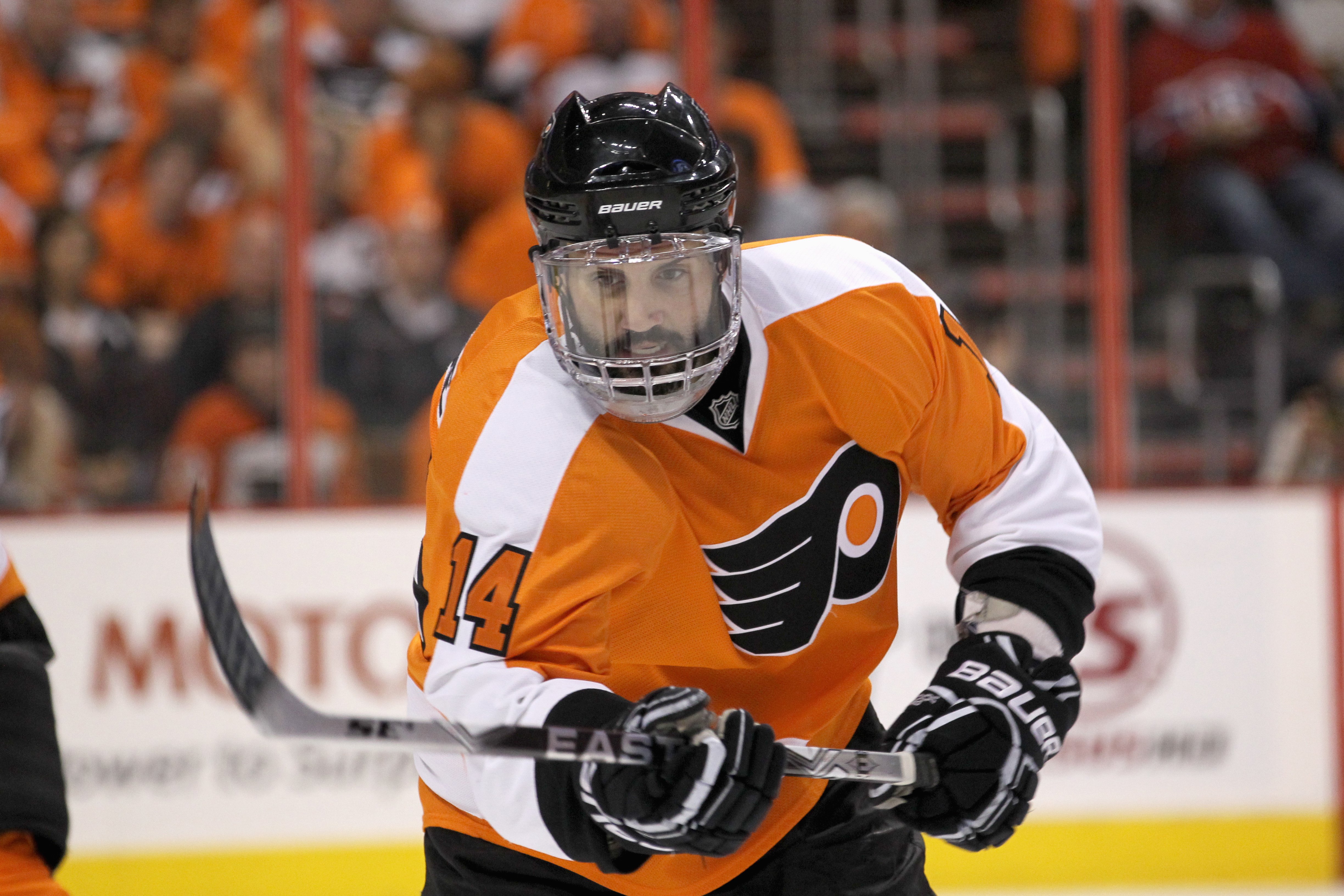 Laperriere is one tough cookie and he got hurt by laying his body on the line for the Flyers.

Earlier last season, Laperriere got hit in the mouth with a slapshot but returned to the game despite needing 50 to 100 stitches.

Unfortunately, Laperriere has not fully recovered. He has yet to play this season and some have suggested the 37-year-old forward contemplate retirement due to nerve damage in his eye. 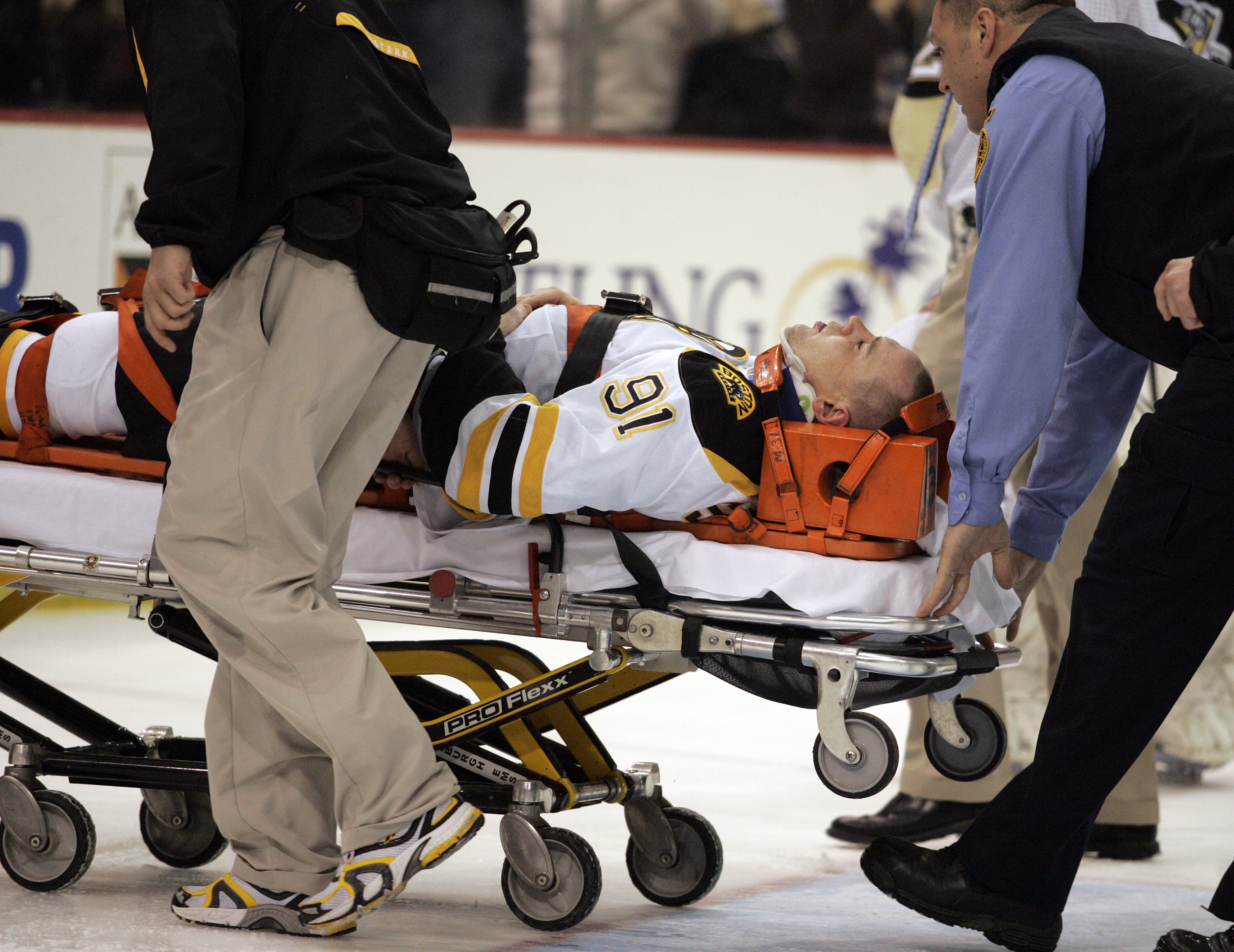 Savard was injured in March of last season in a game against the Pittsburgh Penguins. Matt Cooke threw a hit on him near the blue line and Savard had to be taken off on a stretcher. He missed the rest of the regular season but returned when the Bruins took on the Sabres in the Eastern Conference Quarterfinals.

After missing the start of the regular season with post-concussion syndrome, Savard returned and posted 10 points in 25 games.

However, he got a second concussion on a hit into the boards from former Bruins teammate and Avalanche defenseman Matt Hunwick.

Savard recently announced that he will miss the rest of the season with the injury.

To have his career cut short by the same kind of injury for a second year in a row is a hard blow. Hopefully he can recover for 2011-12.