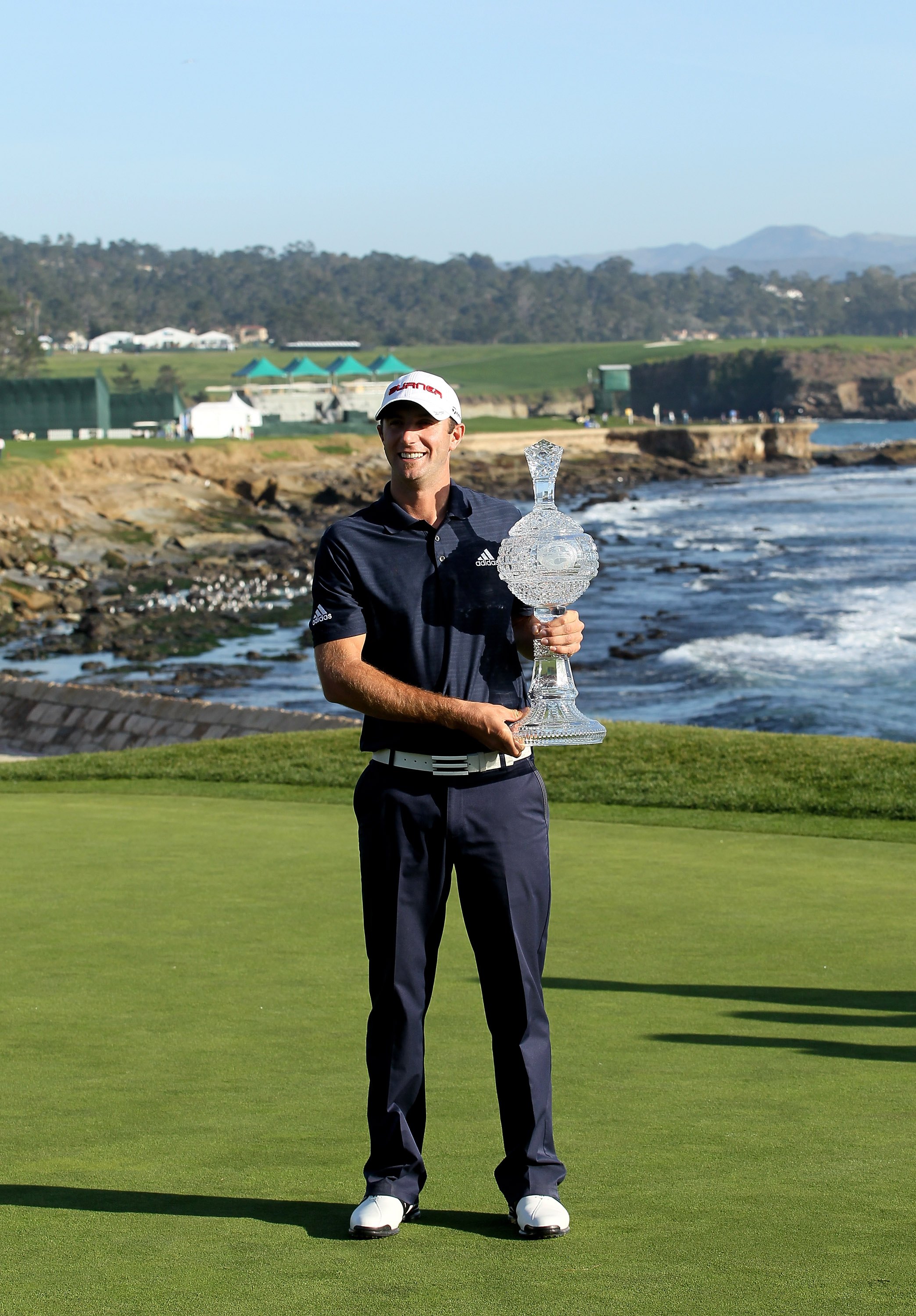 Will he make it three in a row?Stephen Dunn/Getty Images

Okay, we’ve had five tournaments so far in 2011.  Mark Wilson has won two of them!  This is truly amazing considering some of the field strengths that we have seen so far.

I always knew Mark Wilson was a player who could have his moments, but I never would have predicted him to win two events in a year. I think we still have 30+ weeks to go, if I’m not mistaken. Congrats Mark Wilson.

This week we are off to one of the all-time greats, Pebble Beach California.  There will be two rounds played on Pebble, one on Spyglass Hill and one on Monterrey Peninsula.

All of the courses are tough and rank just above the middle of the road compared to the courses endured over the entire season.

Pebble Beach is not a long course, yet it does demand some serious shot making ability. Spyglass Hill with its 147 slope rating is no walk in the park yet it can be somewhat of a Jekyll-and-Hyde type course.

It has its easier holes, but some of the fairways that have been sliced through the forest can be tough to navigate, giving advantage to those who are accurate from the tee.

Putting on all three courses should be a bit slower than what they were experiencing last week in the desert. This opens the door somewhat for the average putters and swings it wide open for the accomplished rollers of the flat stick.

It’s almost impossible not to envision Dustin Johnson raising his third consecutive victory trophy here at Pebble Beach.  The field for a pro-am however is quite strong. There will be many top names gunning for Dustin’s trophy. Let’s run down my Yahoo fantasy plays for this week after we review the standings.

Last week, I raked in a paltry 112 points. I maintained my lead over all of the Yahoo experts however I slipped in the rankings. In the overall group I dropped eight huge points down into the 77th percentile.

In my group, The Fans of Hunter Mahan, I dropped six giant points slipping into the 73rd percentile. As previously mentioned, I am edging out the experts.  I have Vara by two points, Planer by 35, Romig by 22 and Arkush by ten.

Here is this week’s starting lineup for Yahoo Fantasy:

Let’s crack open a nice fresh six-pack and hit a winner.  We happened to catch Vijay Singh in a tie for fifth last week (known as a T5) which yielded a respectable return of 16.5:1 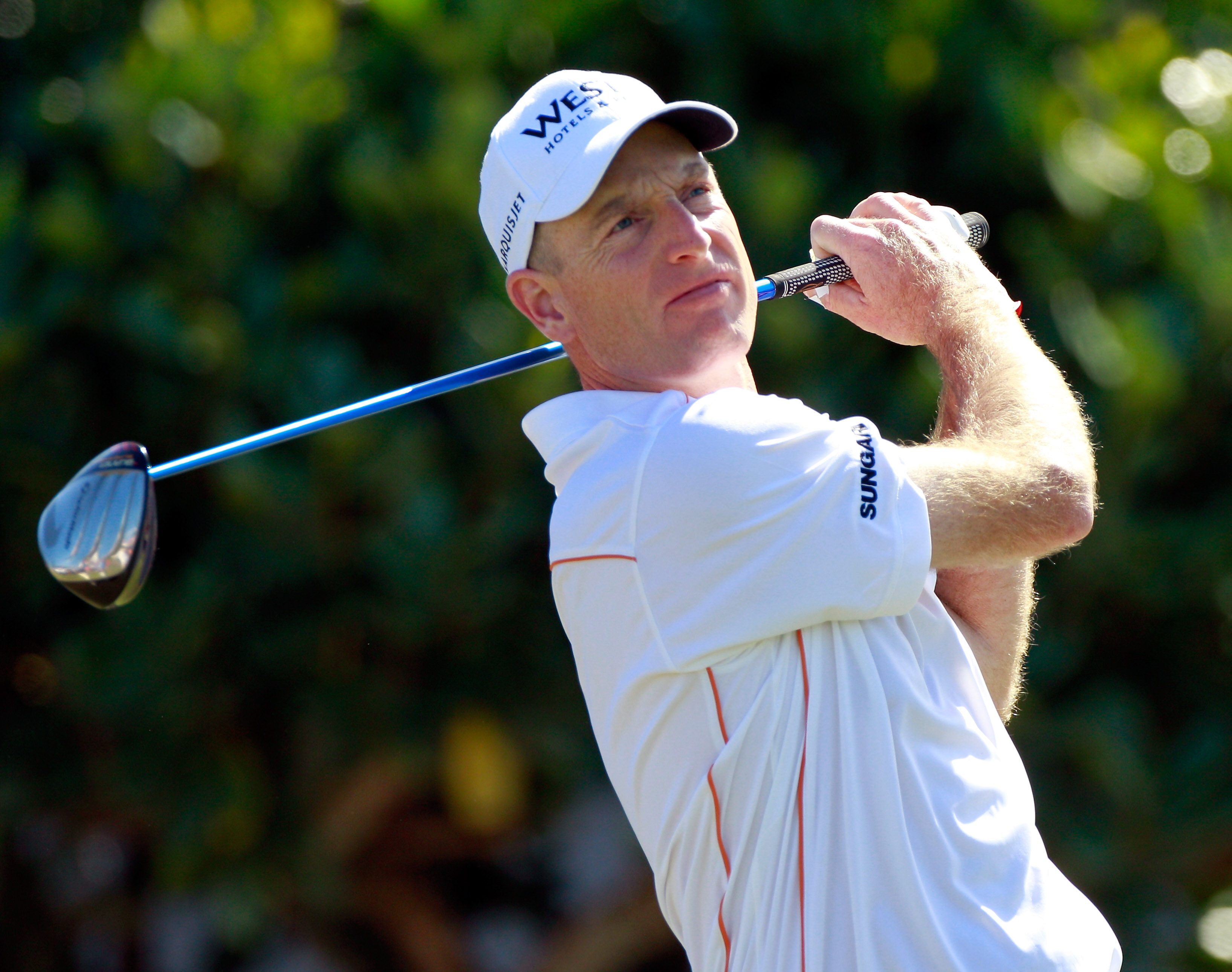 As mentioned in the intro, there are some big names in this event. Surprisingly, they are all carrying very attractive odds as well.

Jim Furyk is no stranger to success at Pebble Beach. He also is such a laid-back guy that he fits into this pro-am format absolutely perfectly.

Over his career, Jim Furyk has 14 appearances in this event. He missed the cut only one time and negotiated four top five finishes. About the only thing he has not done here yet is win.

Furyk’s recent play has been exceptional, less the CUT he had at The Sony Open. In his last five efforts he has obtained results of 15th, first, 11th, ninth and then the cut at The Sony. I love his current trending and have no qualms about his cut he took.

Look at what kind of picture last year’s stats paint:

>>>Fifth in Scoring Average at 69.8 strokes per round

If you are giving me 20:1 odds on Jim Furyk in this event, I would have to call you crazy if you’re not taking him. 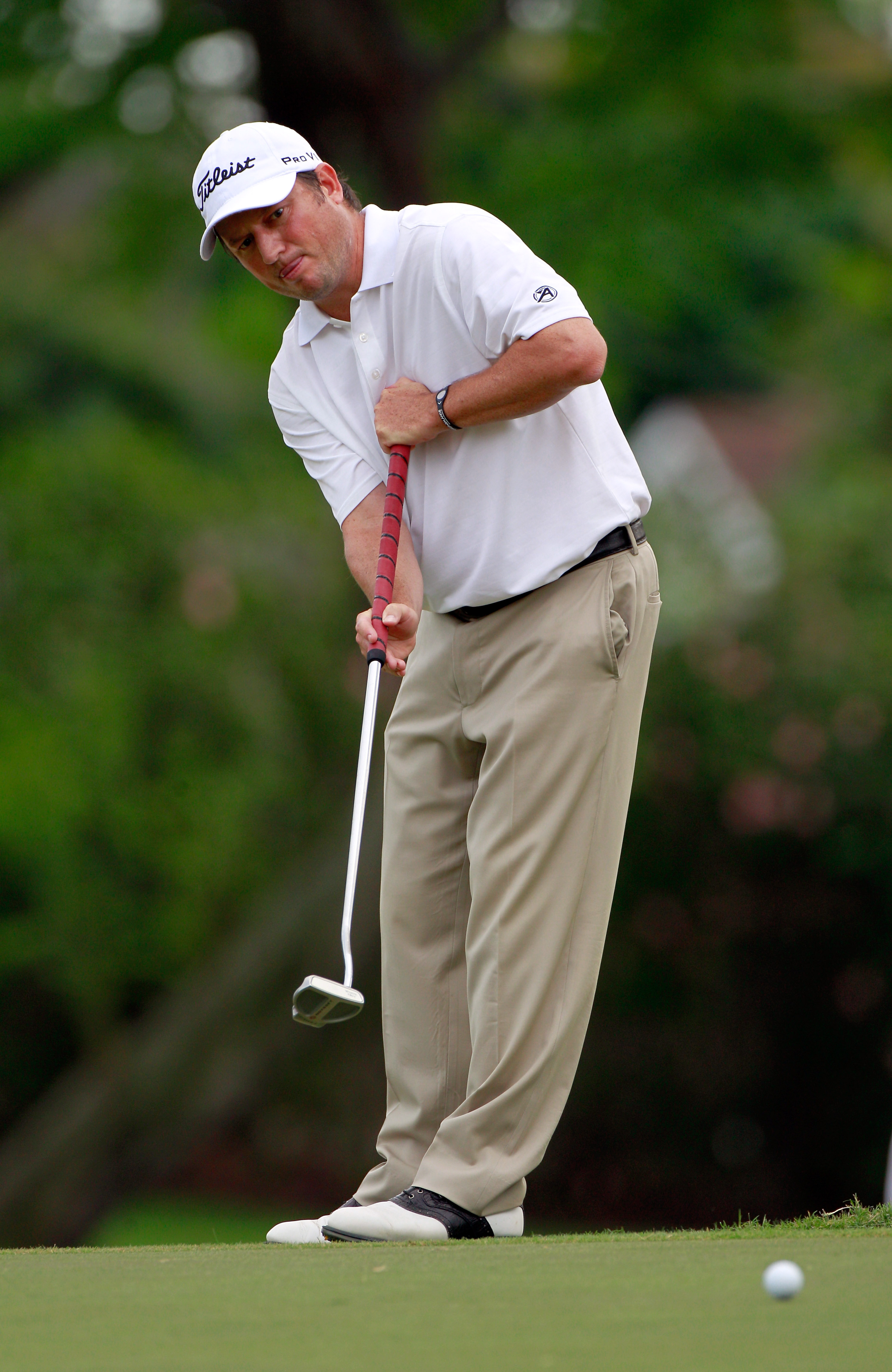 One of golfs premier players in the worldSam Greenwood/Getty Images

Here is another one of those guys that you often can find yourself thinking, “Man I’d love to play a round of golf with….”

This greatly plays to his advantage in a pro-am format. You have to be likable and laid back. Luckily, Tim Clark is both of these things.

Oh yeah, and he’s also a damn good golfer with a nice history here at Pebble Beach. Clark has played here only seven times in his career. He has reaped three top ten’s, his best a tie for fourth in 2005.

Lately, Tim Clark has been trending up fantastically. His last five tournaments have produced finishes of sixth, 18th, 25th, 17th and second at The Sony Open in Hawaii earlier this year. He also had a nice tie for ninth in the South African Open in December.

Look at some of Clark’s key stats from last year:

>>>Fourth in driving Accuracy at 73.7 percent

>>>Fourth in Sand Save Percentage at 61.6 percent

Here we go again. Another world-class top player comes in at 20:1 odds of victory. Sign me up, please. 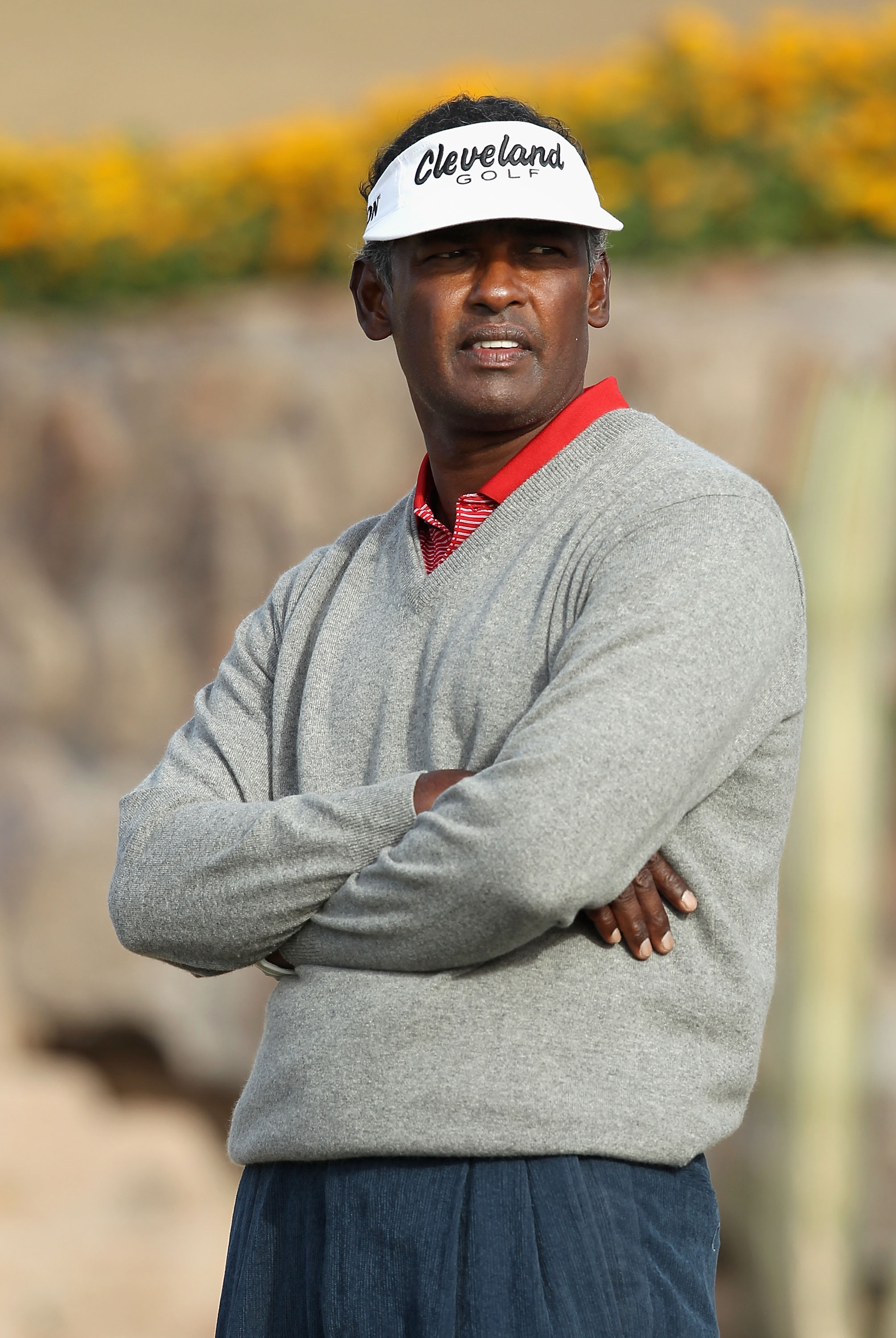 Last week would have been something special if Vijay could have dug a little deeper in the first round. I am not trying to be critical, it’s just that when you have a guy at 66:1 odds you really would love to make that haul.

I really can’t complain and neither should he. After all, each of his four rounds were under 70 last week.

His performance at The Phoenix Open was one he has been waiting on for many years. Now that he has seen a nice check, I expect his confidence to carry him strongly into this week. Welcome back to Pebble Beach, Vijay Singh.

It’s funny, you would not think of Vijay as one of those guys to even play in a pro-am, not to mention have great success in one. I guess that’s just one more of life’s little anomalies we have to deal with.

Vijay has played in this event 16 times. Make that 16 CONSECUTIVE times! He has only missed the cut three times and has six top ten finishes that include his 2004 victory and his 2000 and 2001 runner up placements. Vijay likey Pebble and me likey Vijay on these three courses.

Look at where Vijay stands in some key areas so far this year:

>>>Sixth in Scoring Average at 69.4 strokes per round

The sports books have also caught on to Vijay’s potentially huge comeback year, as his odds have been cut in half this week. I still think he offers great value as one of the game’s greatest ever at 33:1 odds. 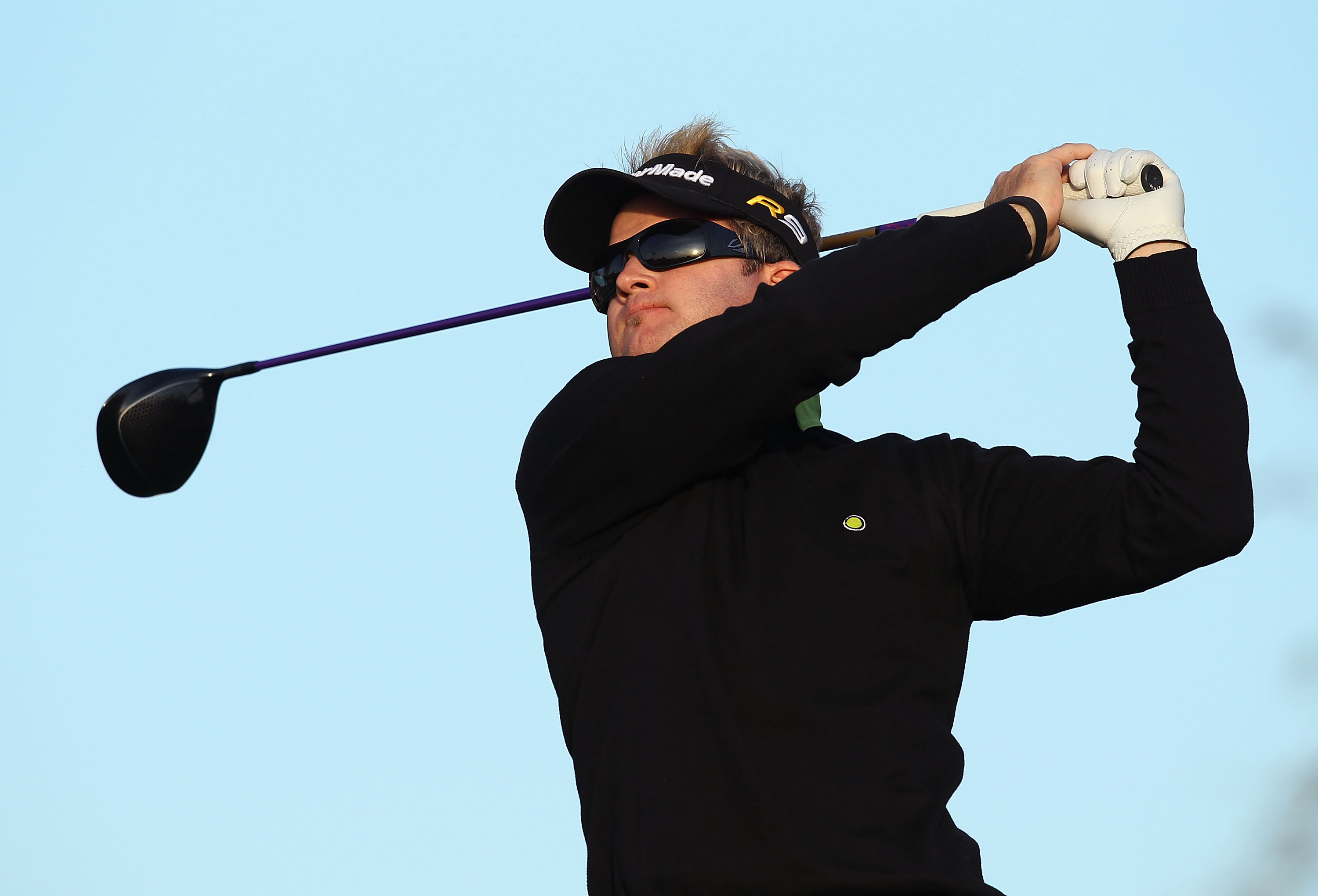 he is deadly accurate with that clubChristian Petersen/Getty Images

I am bringing back an old friend to the six-pack this week. It has been a while since he has seen the six-pack, but the way he is playing right now makes him quite worthy.

He also had a nice tie for 16th here last year. Prior to last year’s decent effort he had missed the cut three consecutive times in ‘99–’01 at Pebble Beach.

What is really motivating me to select Brian Gay this week is his recent play.  His last four tourneys have seen finishes of 12th, 13th, fifth and 18th. He is one of the more accurate players on tour and carries an array of skills that could put him in the winner’s circle this week.

Let’s look at how Gay stands up statistically on tour so far this year:

>>>Second in Driving Accuracy at 82.2 percent

>>>First in Sand Saves at a whopping 90 percent

At this point, he is all around one of the best players out there and he is giving out 40:1 odds. That, my friends, is exceptional value. 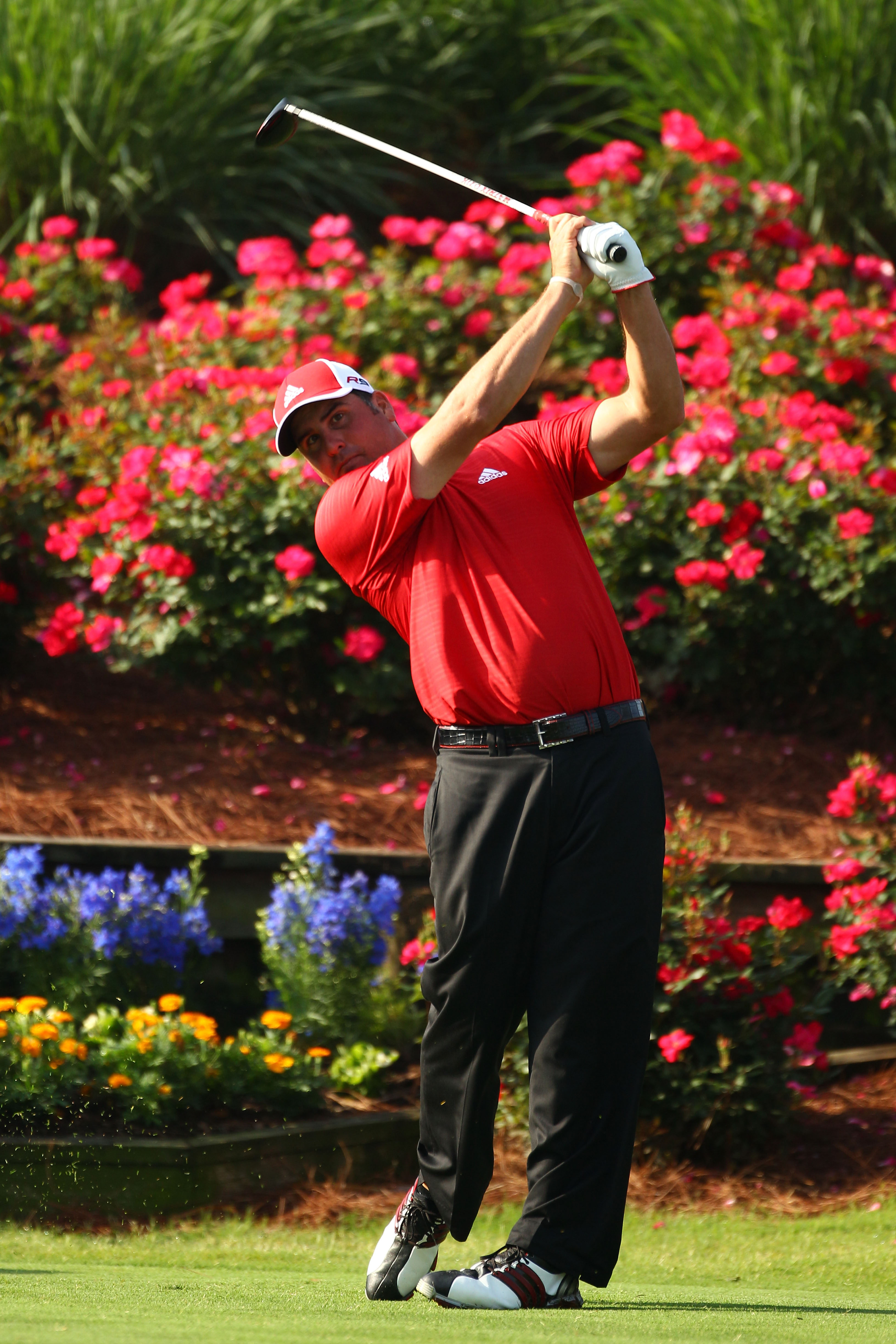 I like throwing the ‘ol short fused firecracker into the mix once in a while. He may not seem like the pro-am type of guy due to his feisty demeanor, yet he has had some success here.

In 2002, he finished second here. Aside from that, he has only missed one cut in eight attempts.

Recently, Perez has plodded along in a rather dull manner.  His last five efforts have yielded such mediocre scores of 29th, 58th, 53rd, 20th and 22nd.

What I like about these scores is the sign that he is appearing to come out of this funk he has been in with two decent improvements.

Let’s look at some of Pat’s early-season numbers:

>>>Tenth in Par Four Performance at 15 strokes under par

He may not be everyone’s favorite guy out there, but I’ve got a feeling Pat Perez shows up big time this week.  At 66:1 odds, he represents excellent value. 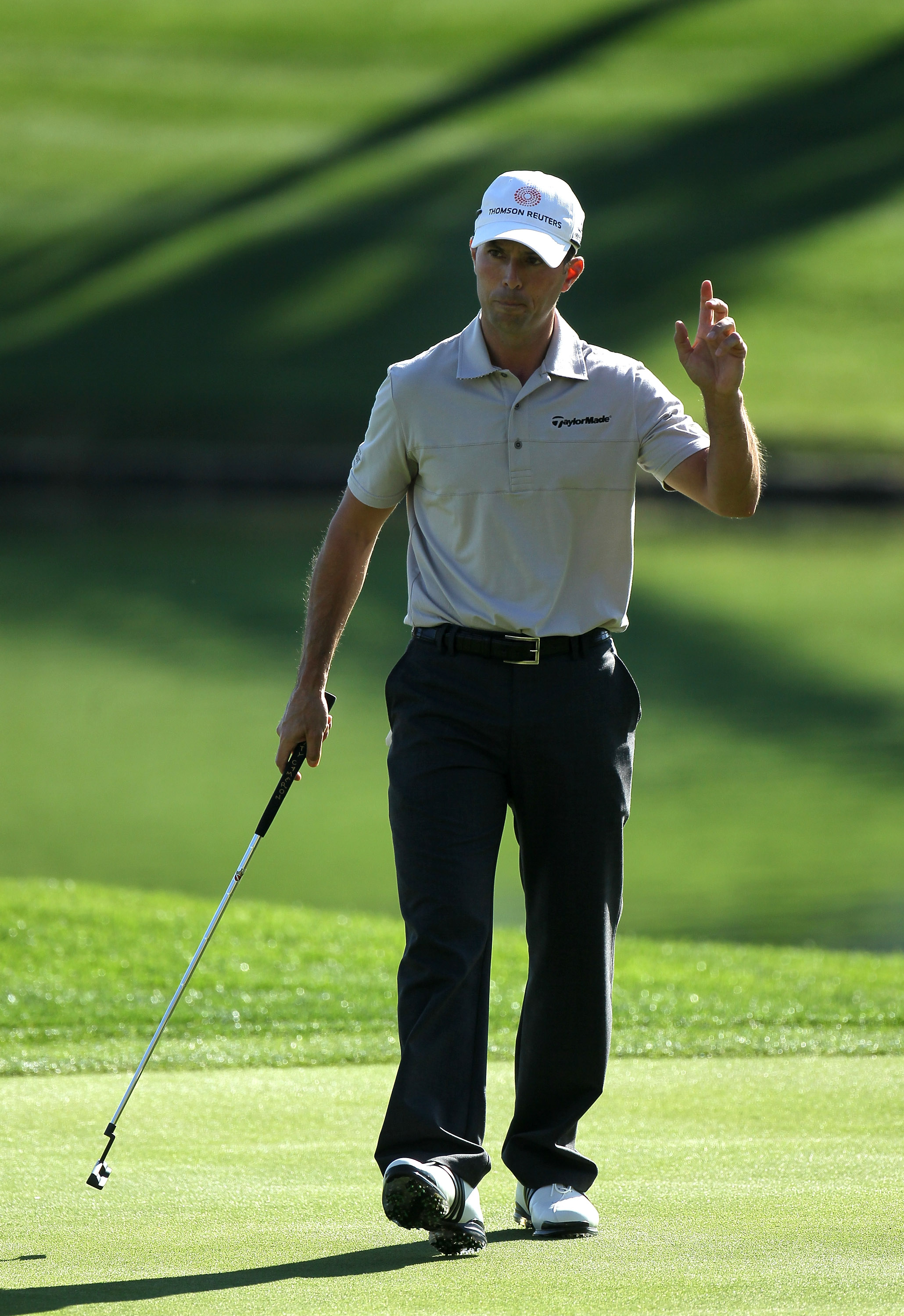 Why stay away? Have you seen him play lately? Did you see last year’s effort? Is that elbow fixed yet?

The better question may be, “Why would anyone possibly think of picking this guy right now?”

>>>He has only three events to earn $215,000 to maintain his injury exempt status

Mike Weir is absolutely my long shot of the week. He has done everything but win at this place and if you are offering up 100:1 odds, I guess I‘ll be that sucker who takes them.

No matter whom you like this week, have fun and hit ‘em straight!  - BLJ