Super Bowl Predictions: 20 Things You Can Expect to See On Super Bowl Sunday 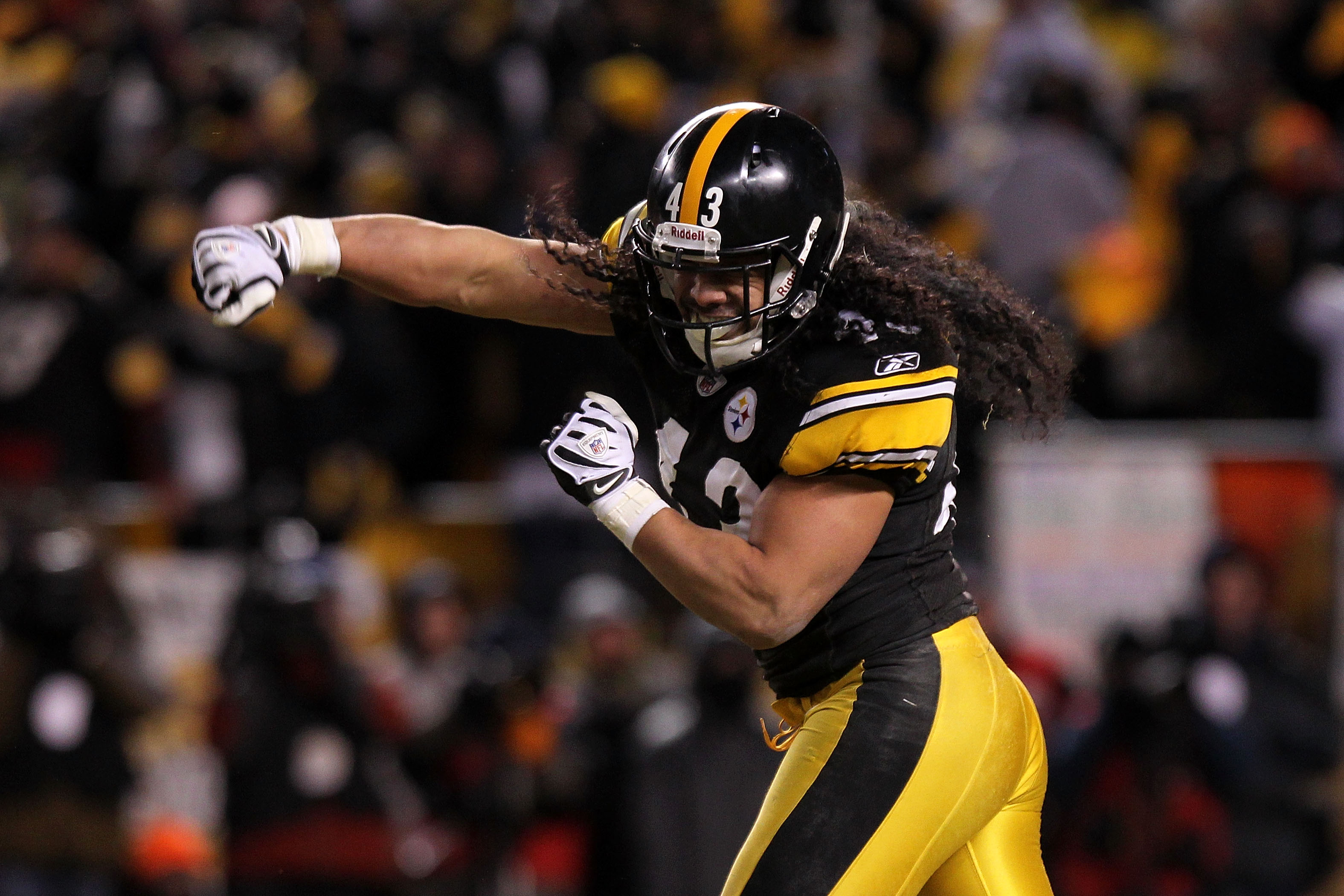 That's without even taking into account the ever-popular commercials.

There will be plenty to see in the game, but all day will hold prime entertainment and we won't let predictions be limited just to true football action.

So if you're head doesn't explode from the information overload, here are 20 things you will see on Super Bowl Sunday. 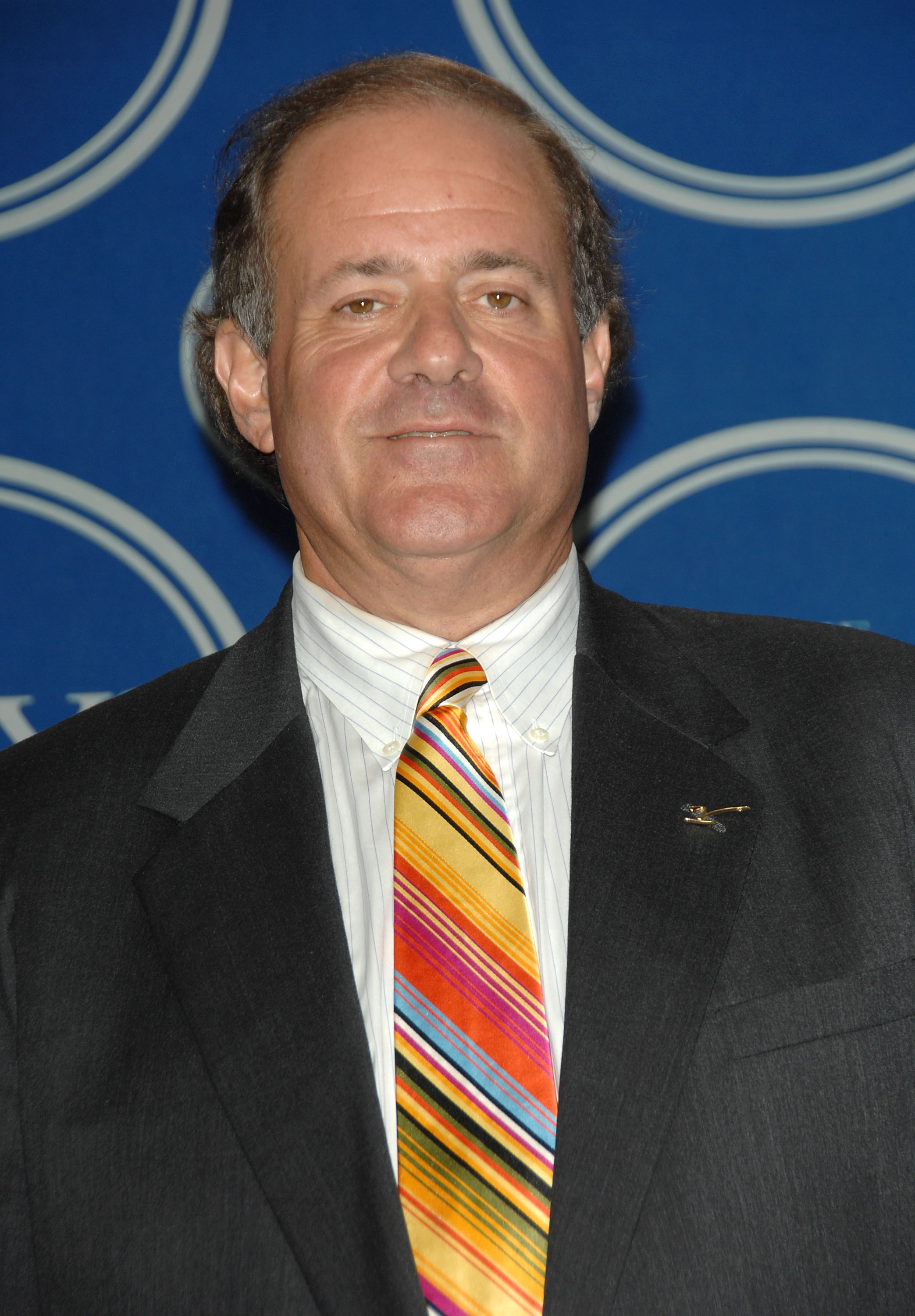 Have you ever seen Chris Berman wear a good tie? Me neither. I wonder if he does it on purpose, if it's his "thing."

Boomer isn't exactly stylish as evidenced by his golf attire and 20-plus years of bad outfits in broadcasting.

During ESPN's marathon pre-game coverage, try not to let Berman's tie make you dizzy. Change the channel and lie down if necessary. 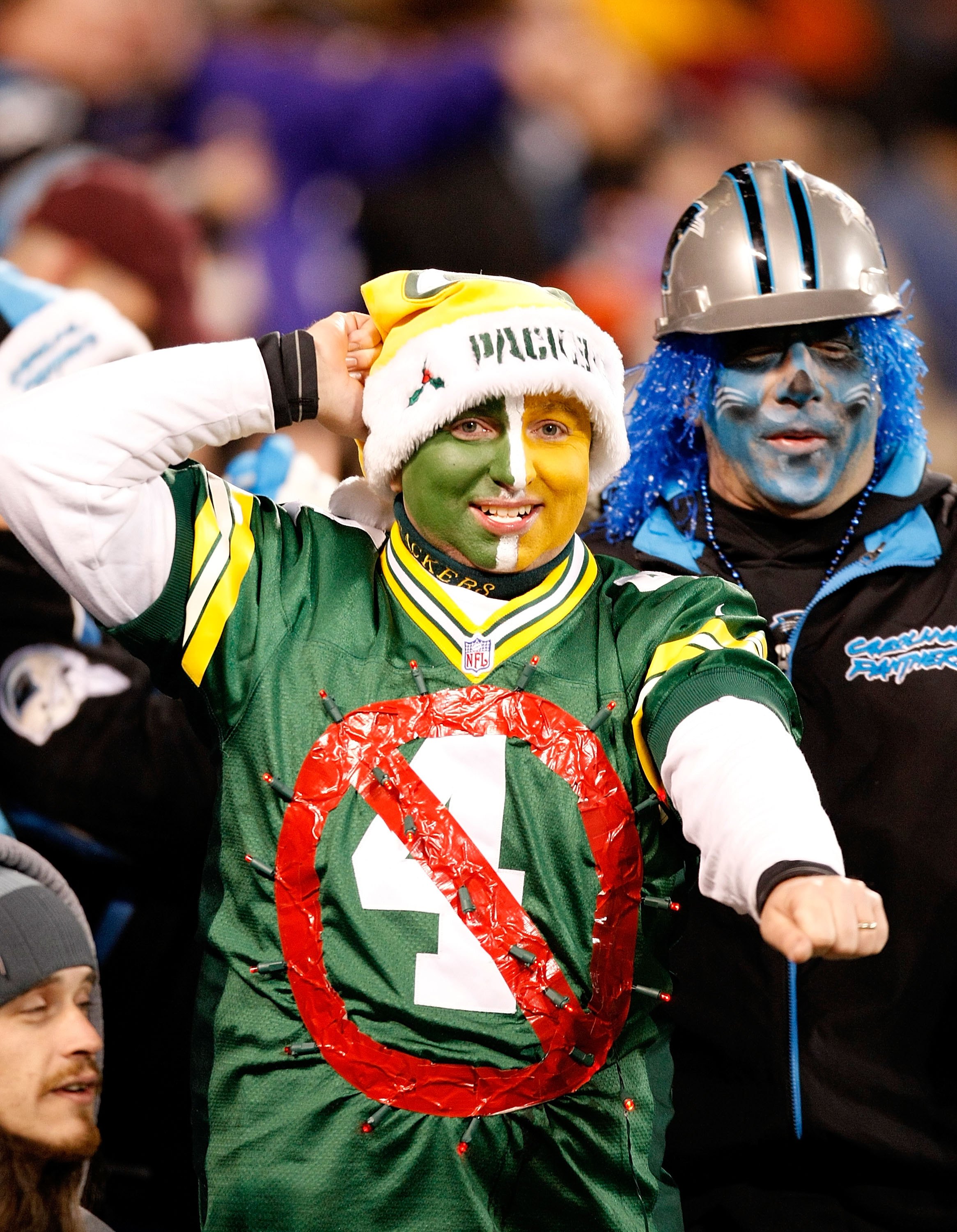 This one could go one of two ways. It could play out like this picture with a Aaron Rodgers' enamored Green Bay fan taking a swipe at Brett Favre. Or, it could be a pseudo-Packers fan that ended up with Super Bowl tickets with no other Green Bay gear to wear.

The FOX cameramen will be prepped on certain things to look for and Favre jerseys will be right near the top. With the cameramen on the lookout, they'll find at least one Green Bay Favre jersey in the stands.

18. Hines Ward Coming to Blows With a Packer Defensive Back 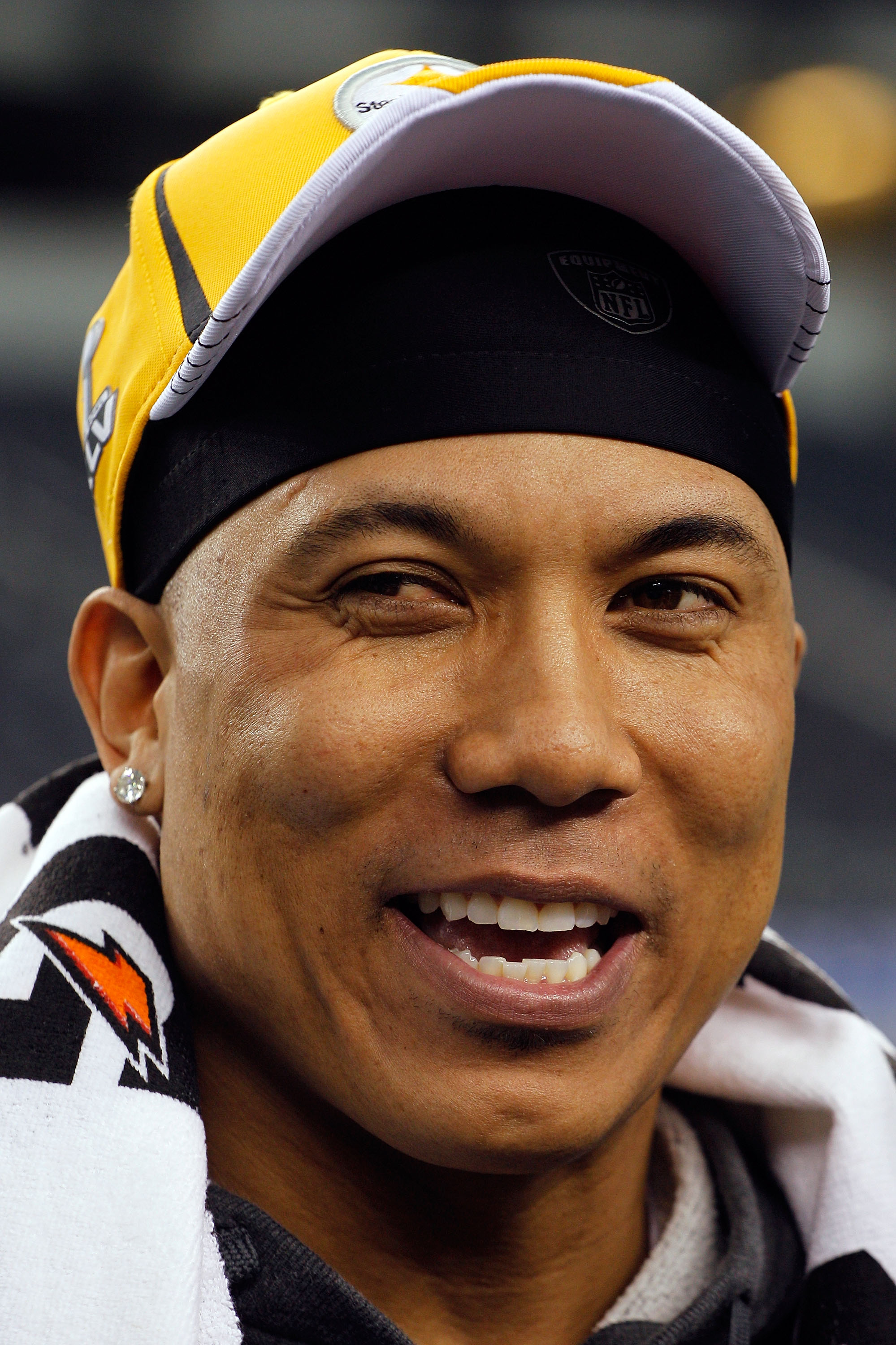 Hines Ward may have been all smiles in interviews leading up to Sunday, but once he's on the field game-time Hines will come out. Game-time Hines isn't nearly as nice.

Ward has developed a reputation as one of the NFL's most physical receivers—some say even dirty—and it often doesn't take long for him to get under someone's skin.

With the added emotion of the Super Bowl, Ward is sure to exchange words or at least push and maybe some face mask grabbing with a Packer. 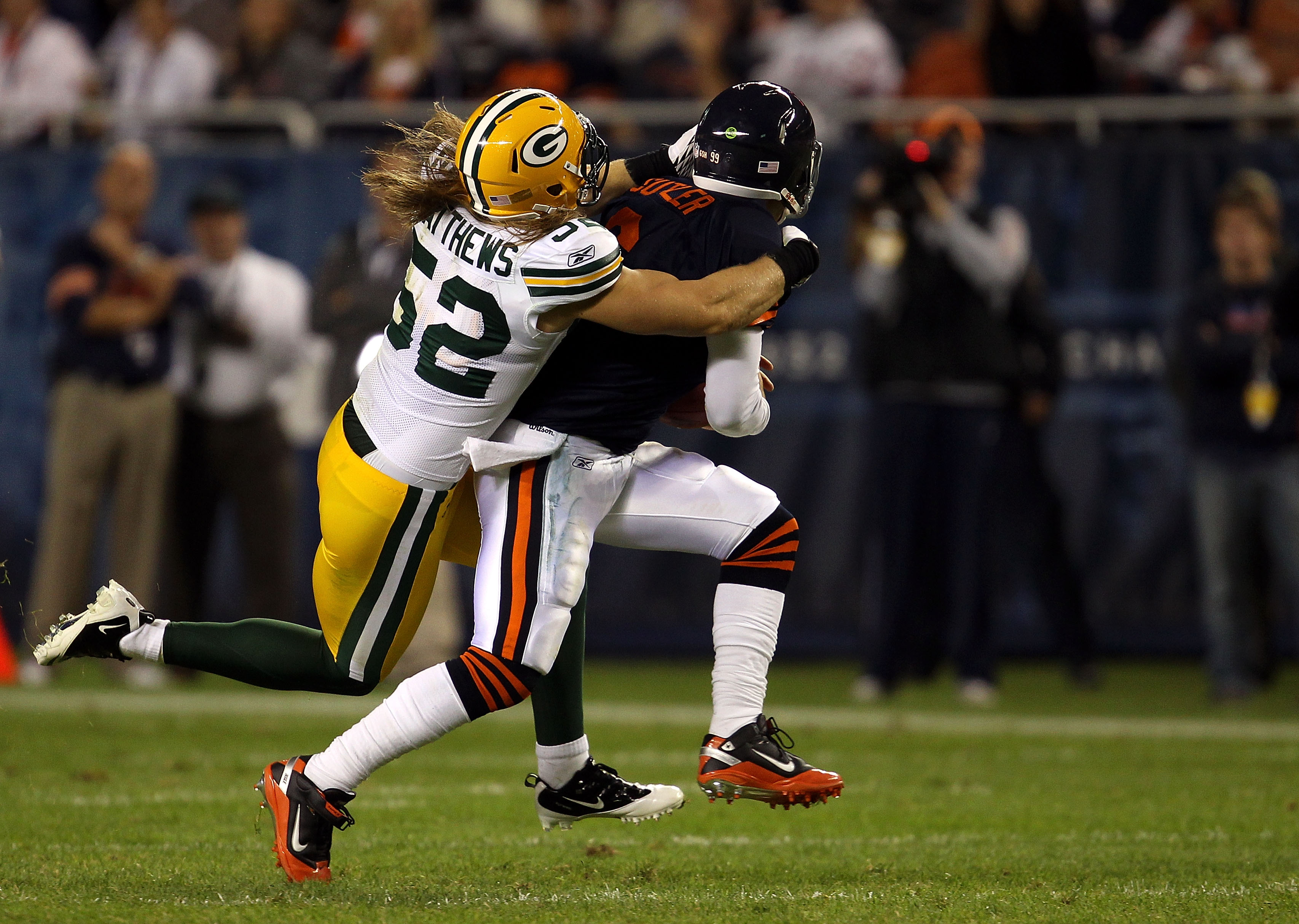 Both the Packers and the Steelers love the zone blitz. Green Bay features Clay Matthews and Pittsburgh features James Harrison, two of the premier sack artists in the league.

Put it all together and what you have is a sack-heavy contest. At least six times a defender will rip a quarterback to the ground for a sack on Sunday. 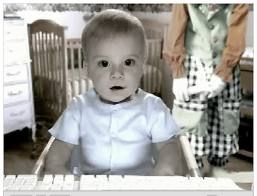 The expectations for Super Bowl commercials have been risen to unrealistic heights. Bud Light commercials aren't even funny anymore because they did so well for so long that the creative well is dried up.

There are always a few gems, but, for the most part, Super Bowl commercials just don't get it done anymore. There is too much pressure to be funny that it's too difficult to stand out in the attention-starved crowd.

There will be five or less truly funny commercials amongst the reported 42 minutes of ad time. 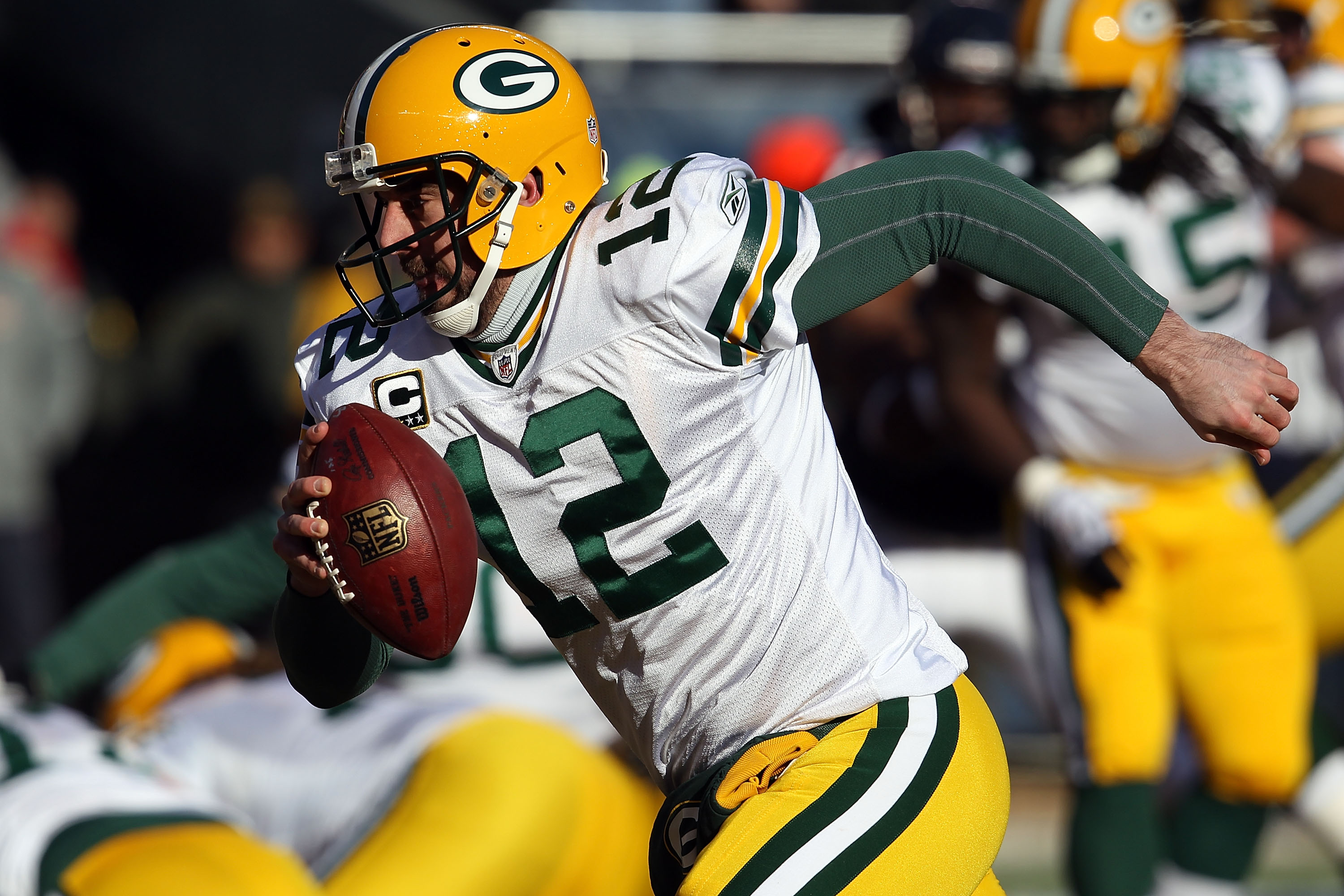 I just don't trust Green Bay's offensive line or James Starks. Pittsburgh has a formidable run defense that will be ready to shut down the rookie. Brandon Jackson will steal some carries.

Rodgers will have to manufacture a running game by getting out of the pocket and scrambling. It won't take much to lead the Packers in rushing, maybe 40 yards. It will be rushing by committee and there won't be many yards to go around. 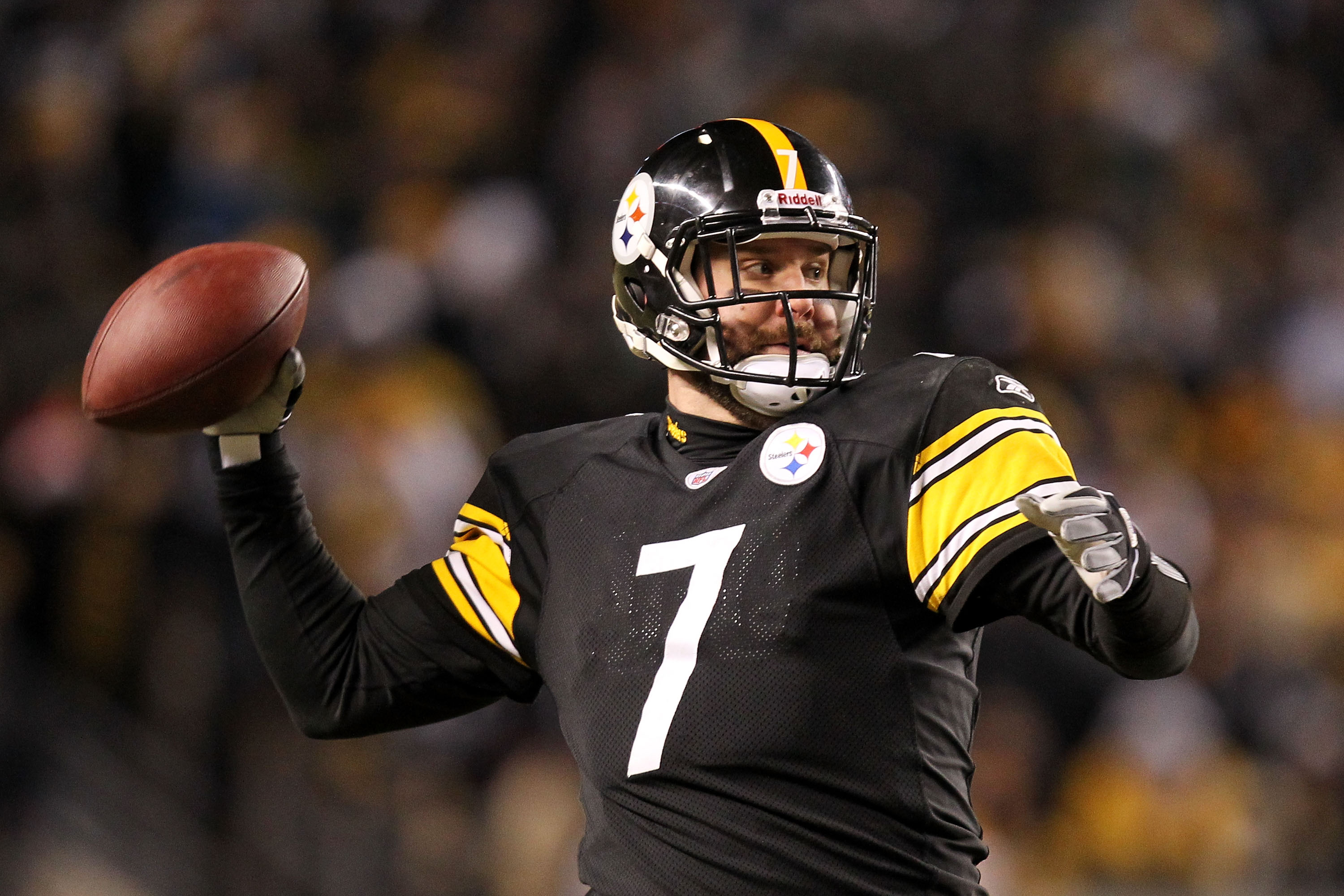 It's impossible to avoid the question even though it's been asked answered the same ways a million times? If Ben Roethlisberger wins his third Super Bowl ring, is he on the same level as Tom Brady, Joe Montana, Terry Bradshaw, etc.?

It will be asked many times leading up to the game and FOX will employ a cute graphic to debate the topic further.

The debate is going to rage on the rest of Roethlisberger's carrer win or lose on Sunday. If he wins, it will be argued until he wins again, which would finally put it to bed. If he loses, it will be debated when he has his next chance at a third ring. It's a vicious cycle.

Former Super Bowl champions are rightfully proud of their rings. But so often they feel the need to publicly remind everyone of their success.

Whether or not it applies, several of them will drop their Super Bowl experiences into the conversation to make sure everyone knows they won the big game. It will be forced. It will be awkward. It will be shameless. 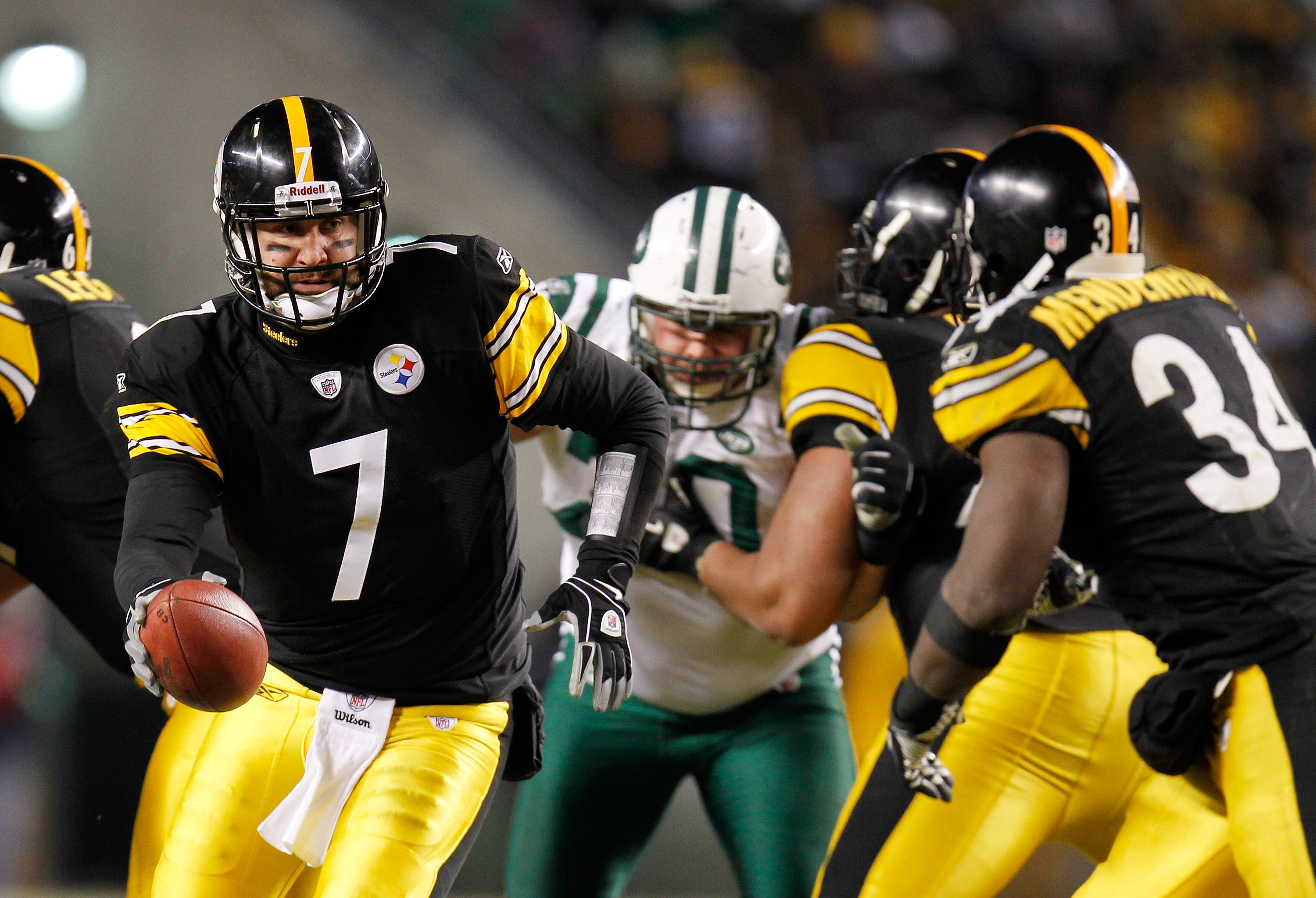 Two of the NFL's best quarterbacks square off on Sunday.

Aaron Rodgers will move the ball up and down the field, partially forced to by Pittsburgh shutting down the running game. Rodgers is extremely accurate and has a slew of talented receivers to distribute to.

Ben Roethlisberger is less flashy and puts up workmanlike stat lines, but he's just as effective. He'll put some of his Roethlisberger magic on display. 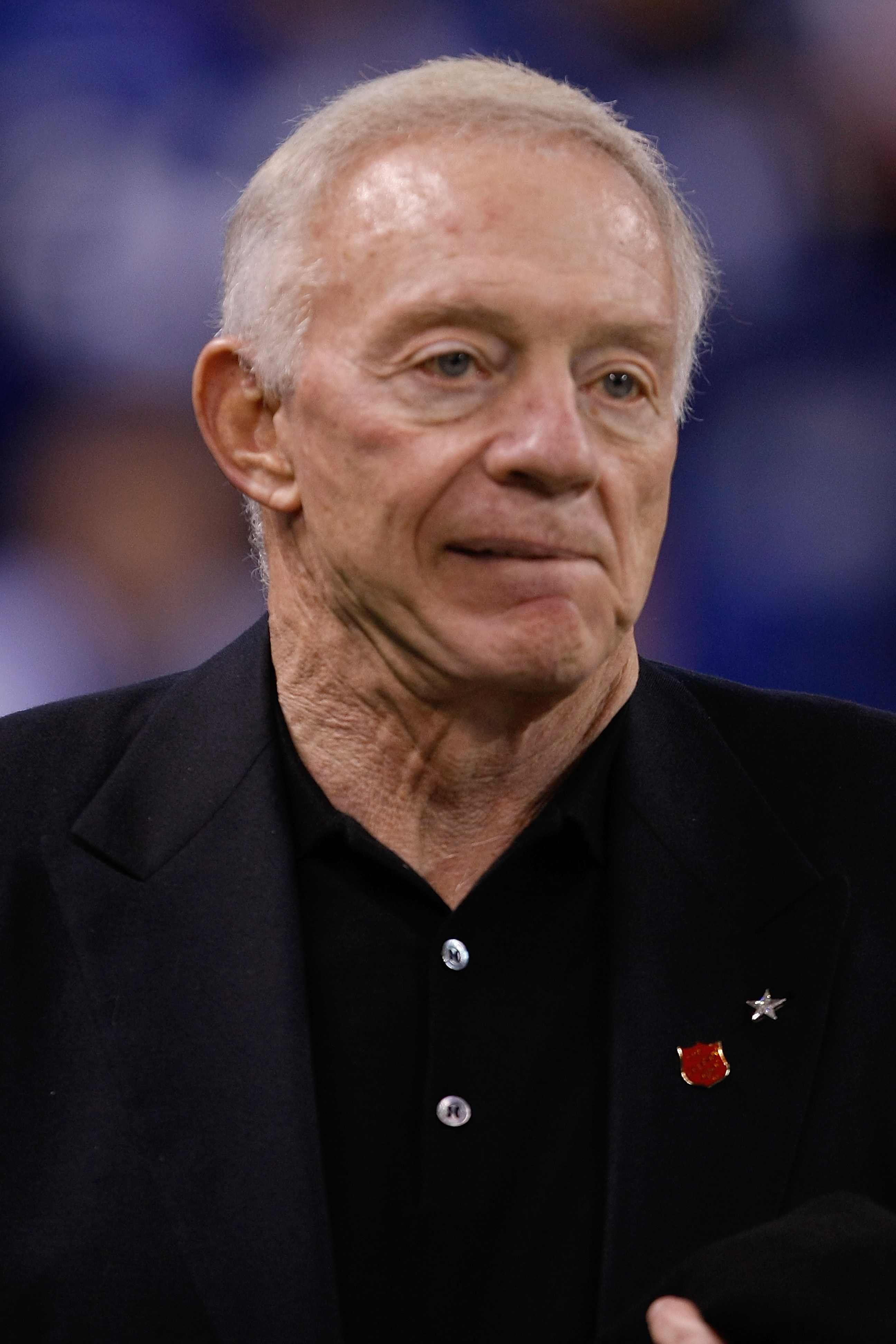 Cowboys Jerry Jones wanted so badly to finish the brand new Cowboy Stadium's first season with the Dallas Cowboys playing the Super Bowl in it. That wish ended very quickly this season.

Jones' Taj Mahal of football stadiums will instead host the Packers and the Steelers and he will none too happy about it.

He'll still show up to his owner's suite and the camera's will find him looking almost comatose in disbelief that he's watching the Packers represent the NFC instead of his Cowboys. 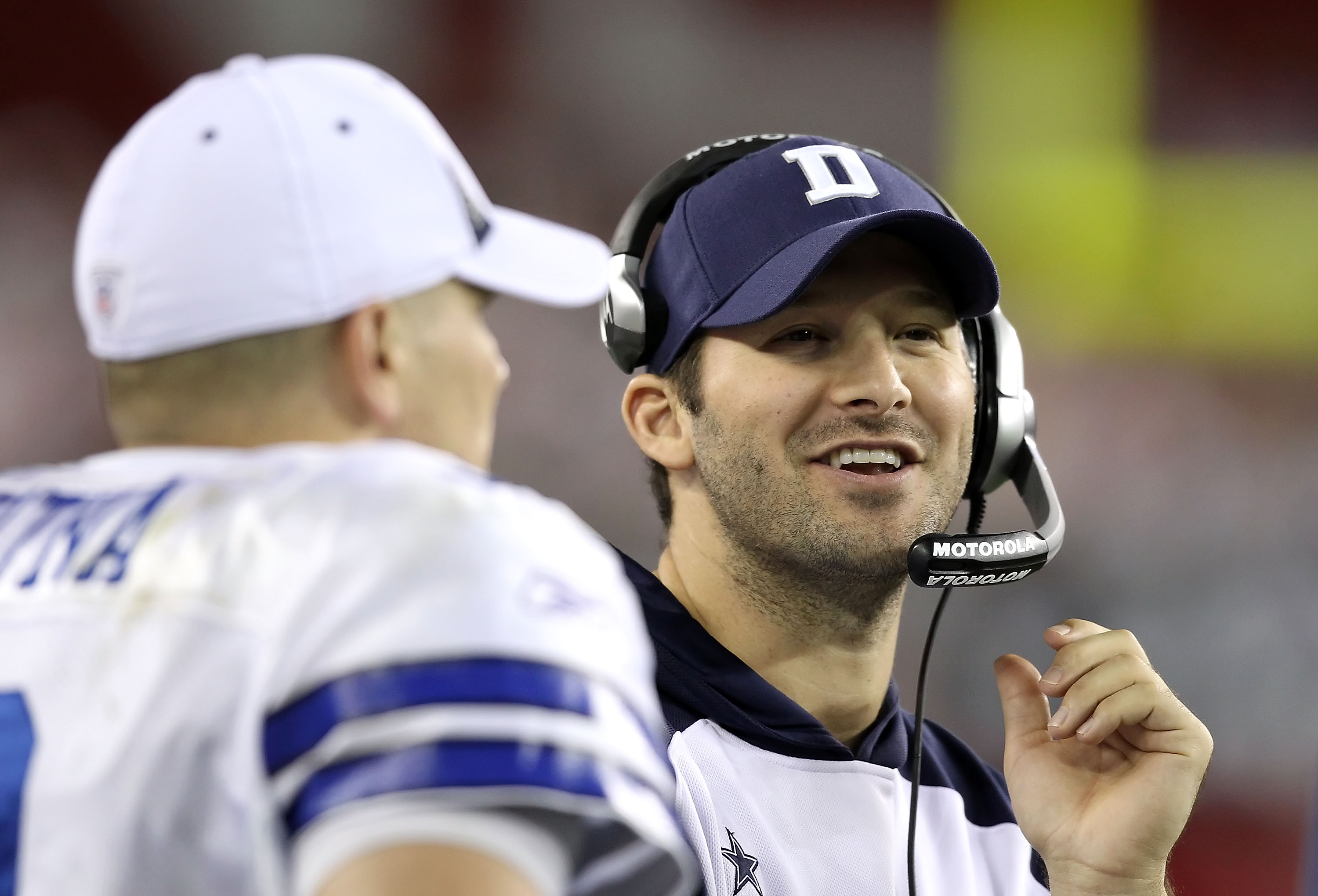 Tony Romo was on ESPN's First Take Friday morning and was asked for his Super Bowl pick. He spent 40 seconds praising both the Packers and the Steelers, never giving a pick.

It was the classic "I Don't Want To Make a Pick Because It's Not Public Relations-Friendly" move. Come on, man! Just make a pick.

Plenty of athletes will be interviewed Sunday and they'll be asked for their game picks. And several of them will tip toe around it, giving praise to both squads and end up not picking either one. Some players are just too wary of repercussions.

You don't need to trash talk a team. Just make an honest pick. 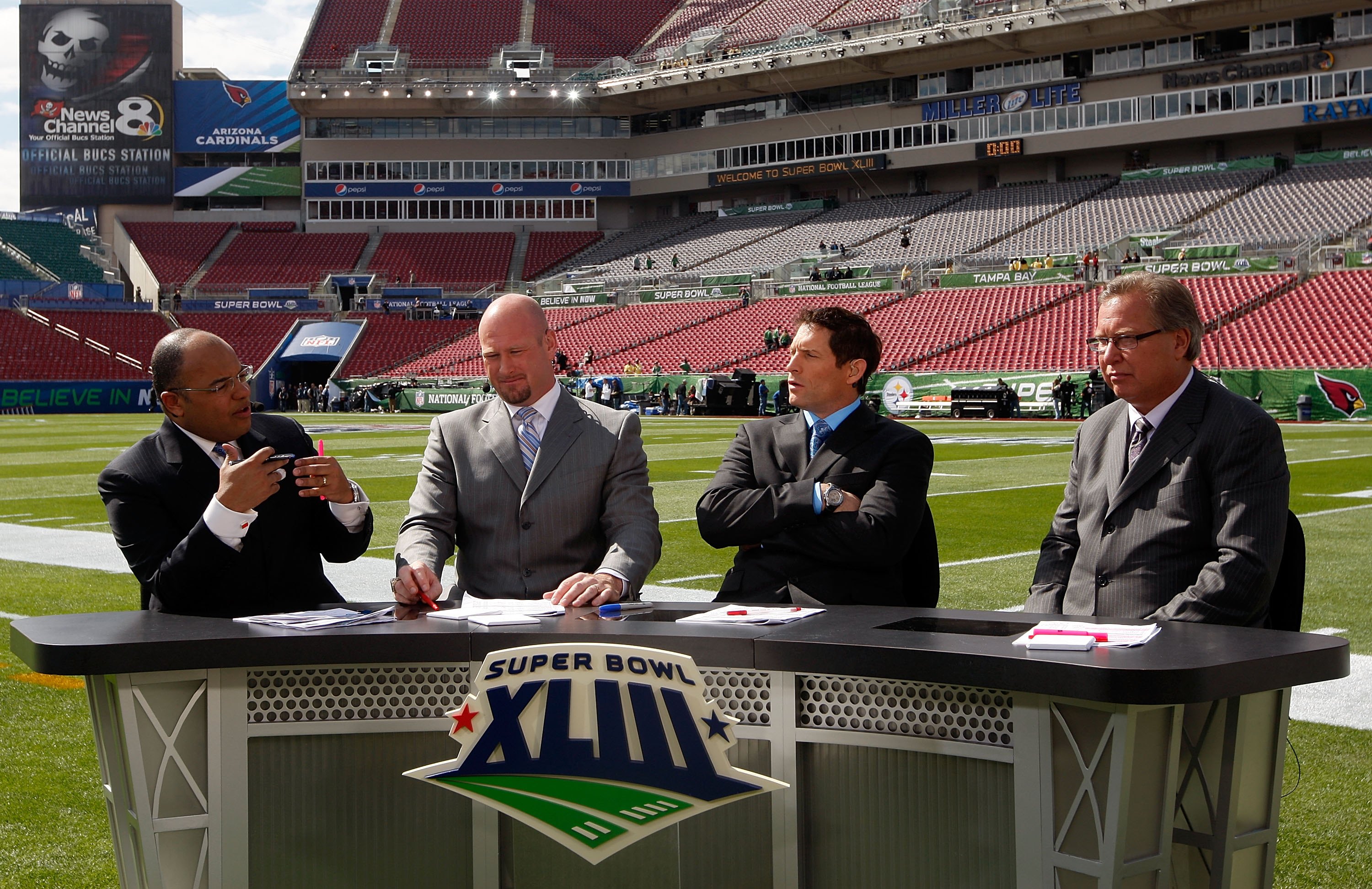 Pre-game shows can be exhausting. It's usually four or more ex-players and coaches trying to talk over each other. They don't wait their turn because there just isn't enough to say and they end up repeating each other.

It's not their fault. Networks load up the studio with too many people and ask them to analyze all of the Sunday games.

On Super Bowl Sunday, they hold the same length of pre-game show with just as many people, but it's all for one game that everyone has already been talking about for two weeks. Get ready to hear echoes.

The championship belt touchdown celebration has become an instant classic. Aaron Rodgers' succinct display to let everyone know who is the champion pumps up his team—and irks his opponent.

Teams have begun mocking the celebration when they score. I expect the same out of a Pittsburgh Steeler at some point Sunday.

While most of Steeler nation will find it funny, I think it's much better to just come up with an original celebration. 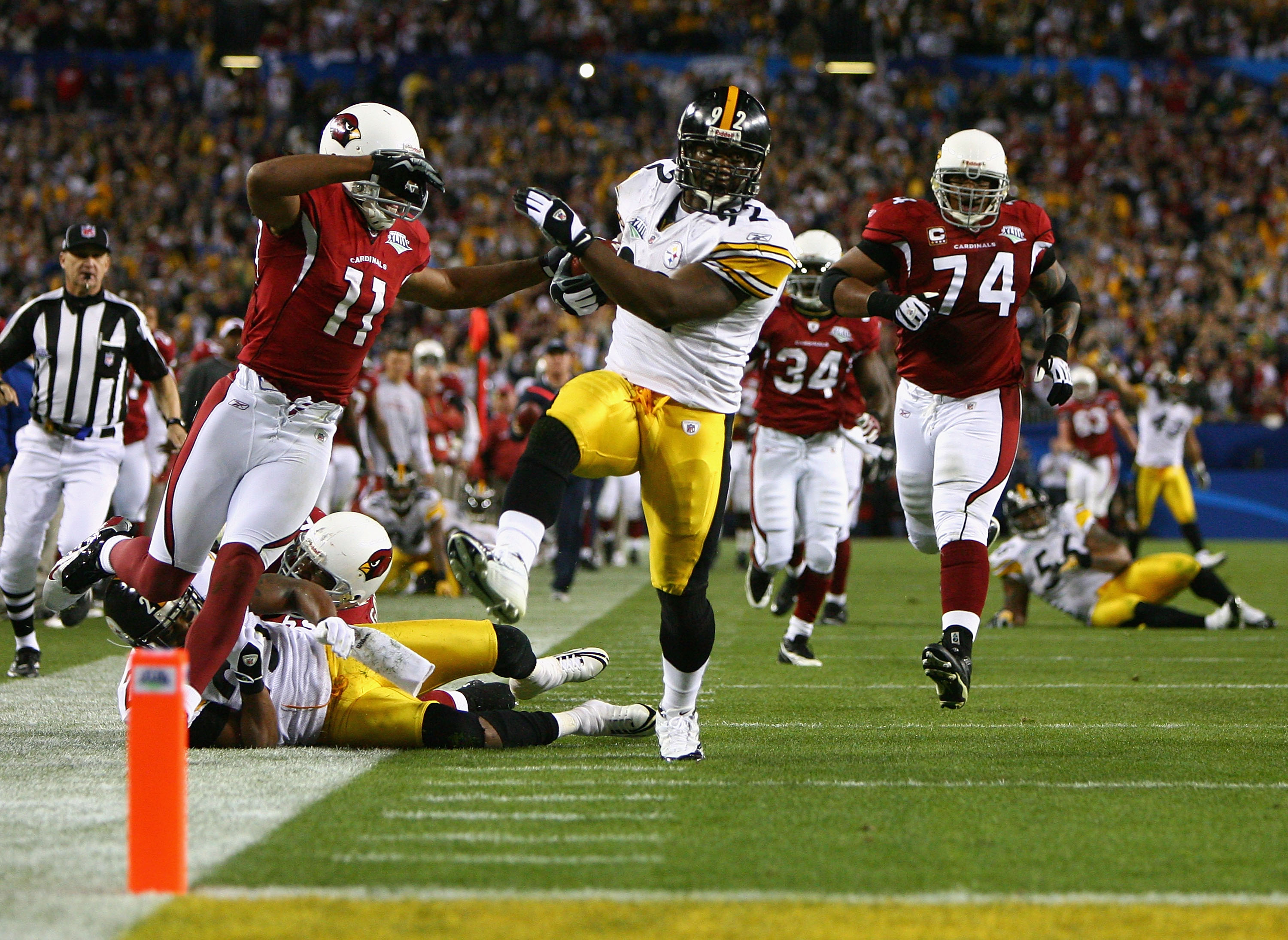 FOX will recap both teams' Super Bowl memories and will show replays of both jaw-dropping plays from Super Bowl XLIII at least once. 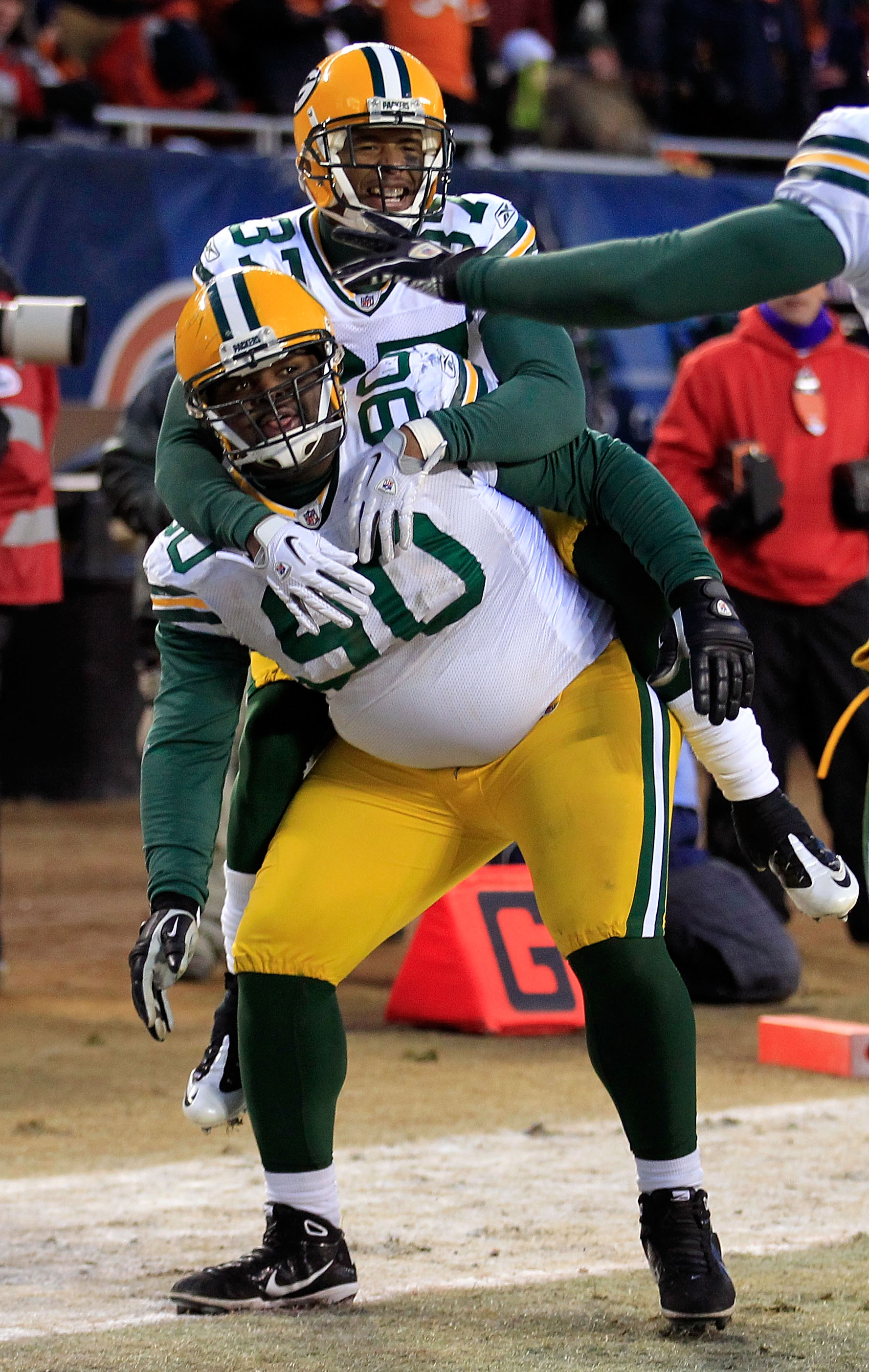 B.J. Raji is 335 pounds of jiggle and power. He's Green Bay's beastly defensive tackle that is licking his chops for Sunday's game.

What make the game all the more tasty for the Packer's rotund hula dancer—his touchdown celebration in the NFC Championship Game was hilarious—is that the Steelers will likely be using a backup center.

All-Pro center Maurkice Pouncey is expected to miss the game with a high ankle sprain, meaning Doug Legursky will be in the game. Legursky would be making his first career start and will be on the wrong end of at least one Raji highlight. 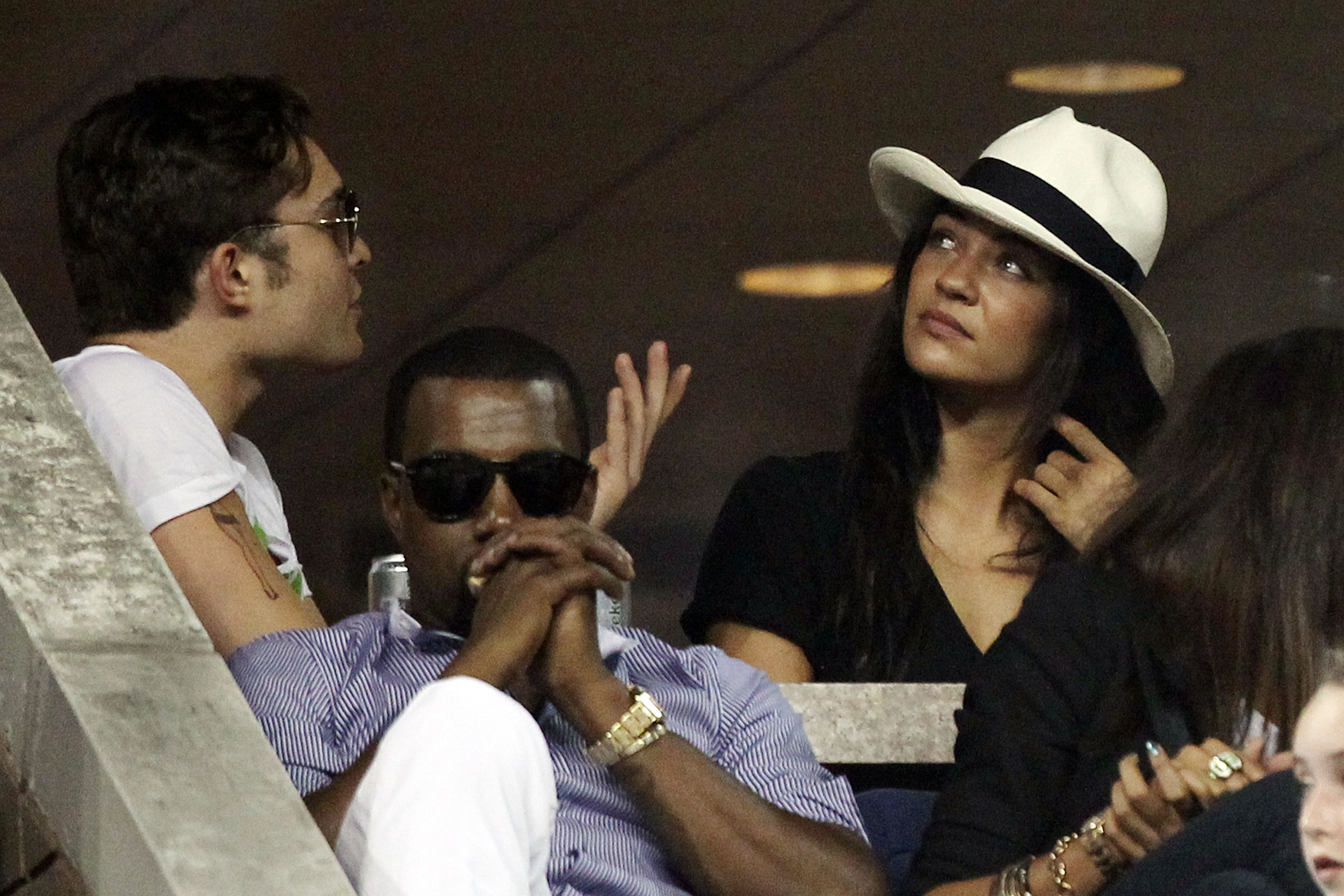 Packer quarterback Aaron Rodgers' is reportedly dating Gossip Girl star Jessica Szohr. I didn't know who she was either before the reports came out.

Now we all know who she is, and, if she is at the game, the FOX camera crew will make sure to find her over and over. 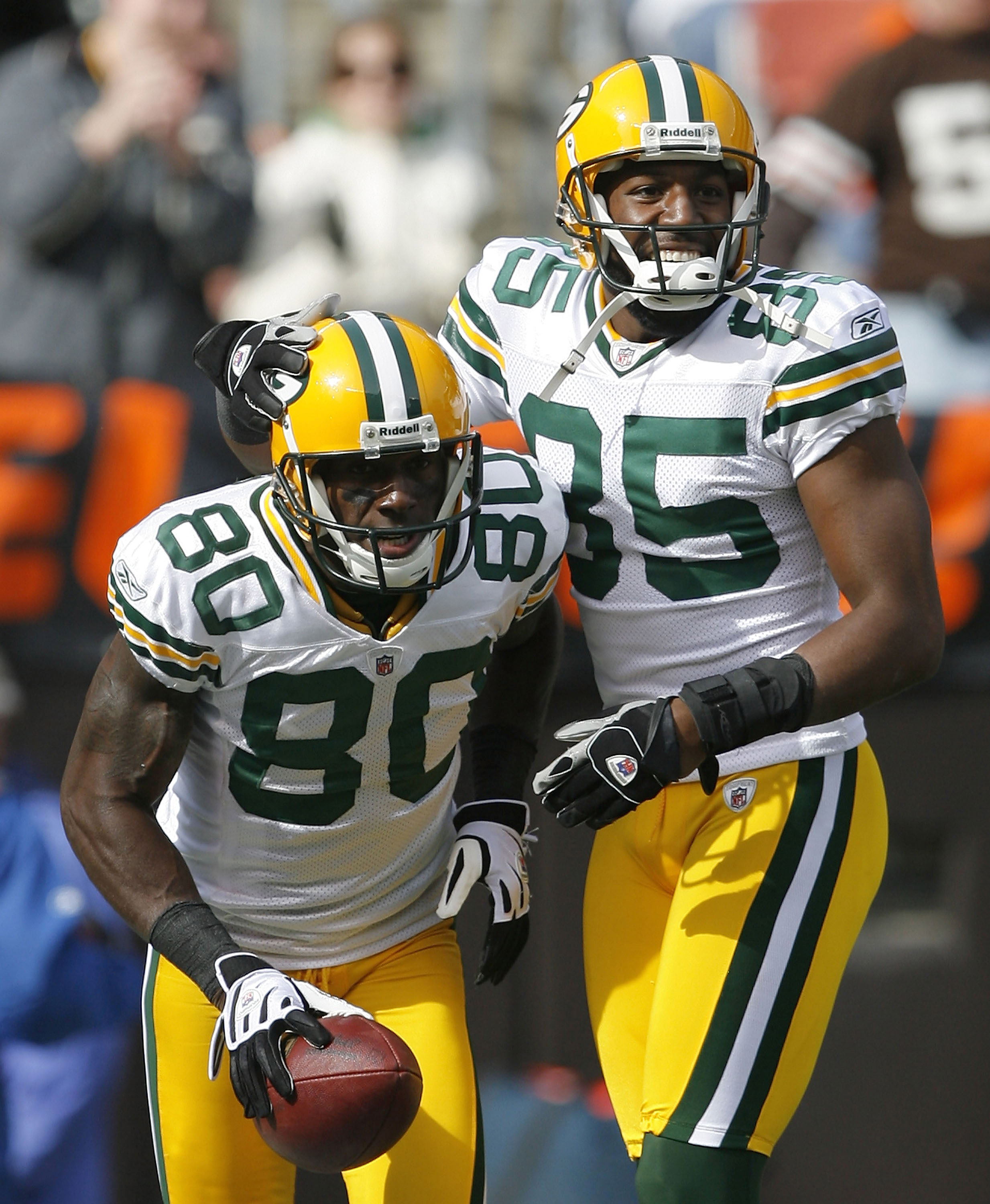 This game isn't going to be low scoring. The over/under is set right around 44.5. This won't be an offensive bonanza, but it will be back and forth.

Both of these offenses can get up and down the field. Both of the defense's are legitimate threats to score themselves.

This should shape up to be an extremely exciting game. 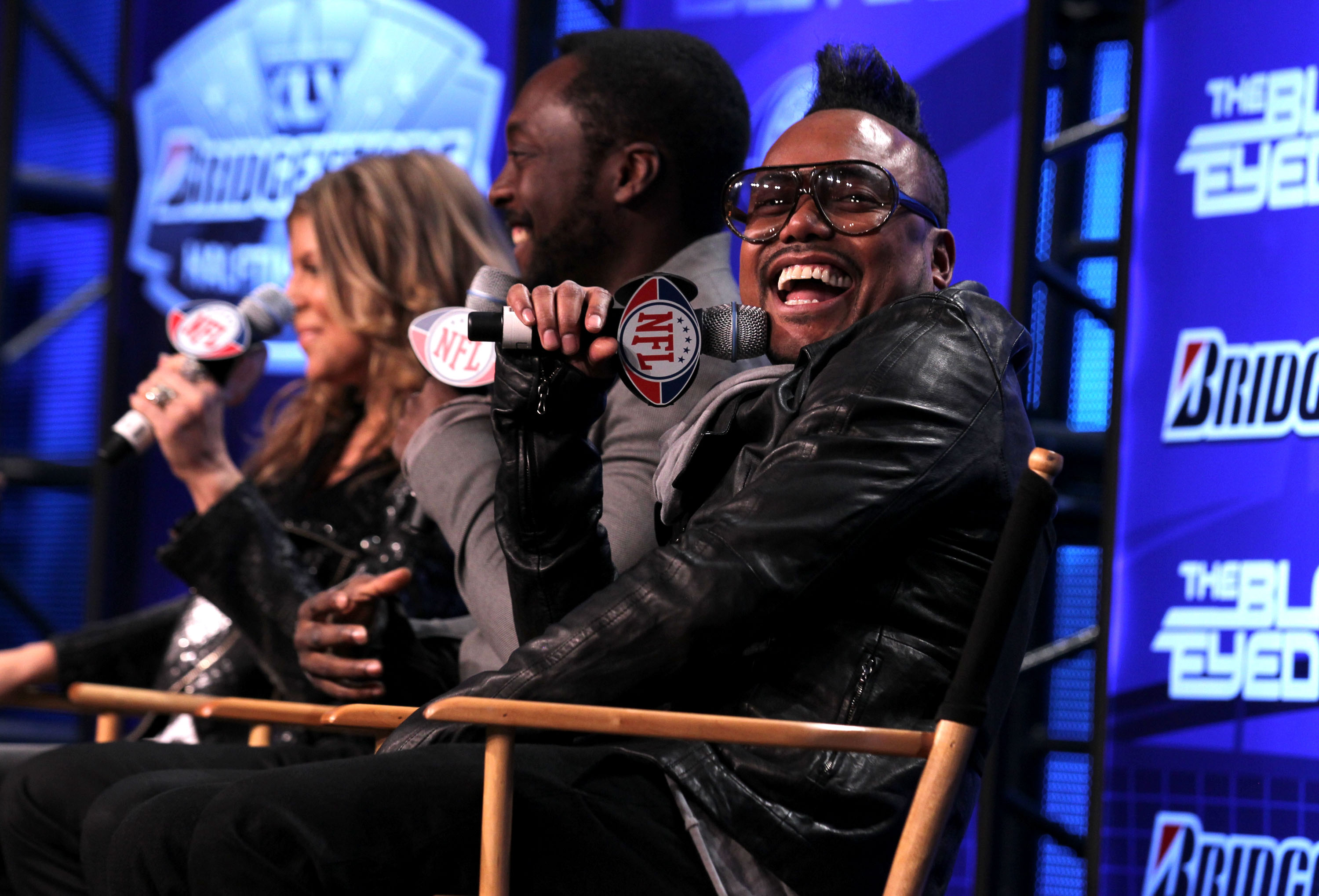 If you're smart enough, you won't see this because you will have planned ahead and made sure to avoid all televisions during halftime.

They'll mash together a few of their songs with inaudible lyrics due to the gyrating dancing they'll be doing at the same time. Just avoid it if possible.

2. A Team Will Have a Chance to Win The Game in The Final Four Minutes 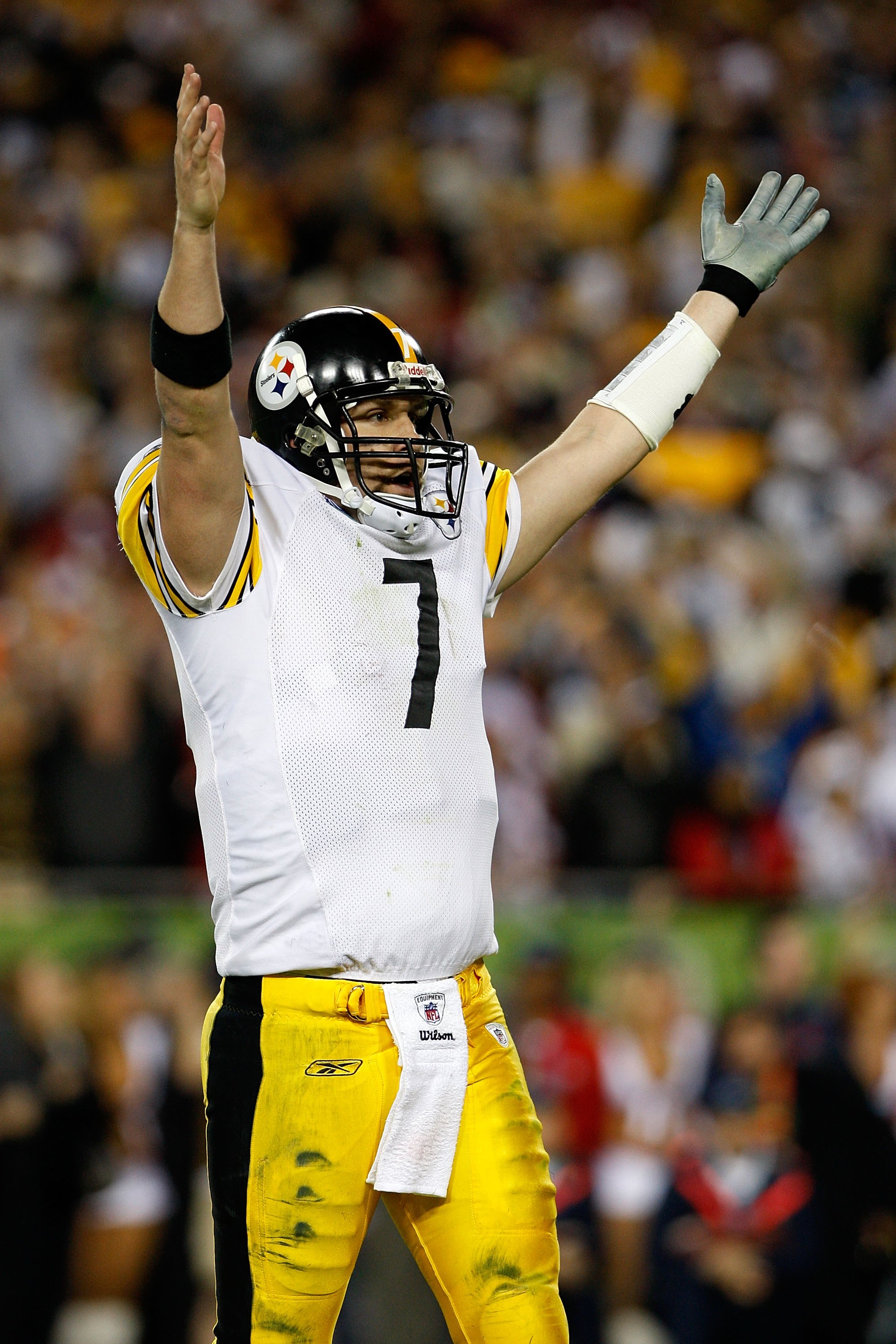 This one's coming down to the wire, folks. Both of these teams know how to win the close ones and both of them have equal assets.

With four minutes or less to play, this game is going to be close enough for one of these teams to have a crack at a game-winning drive. It's going to be a one possession game with time ticking down.

Here's hoping we get some last second heroics. 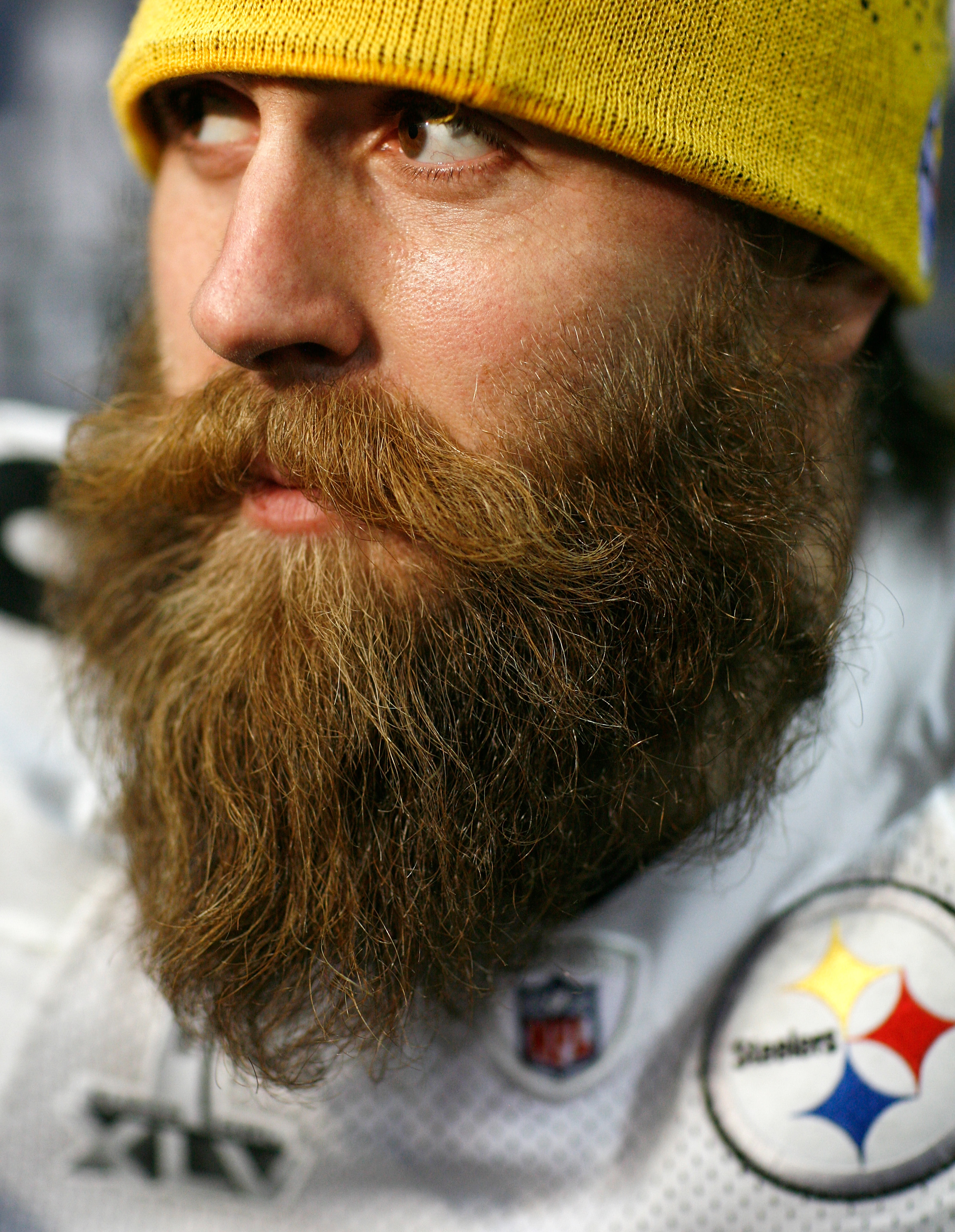 From A.J. Hawk's and Clay Matthew's flowing, golden locks to Troy Polamalu's bobbing mane, this is going to be a very hairy Super Bowl.

Out of all the hair-obic competition that will take place Sunday, Brett Keisel's Jeremiah Johnson tribute beard takes the prize. That thing is fierce. Mere mortals bow to Keisel and all his beardly power.