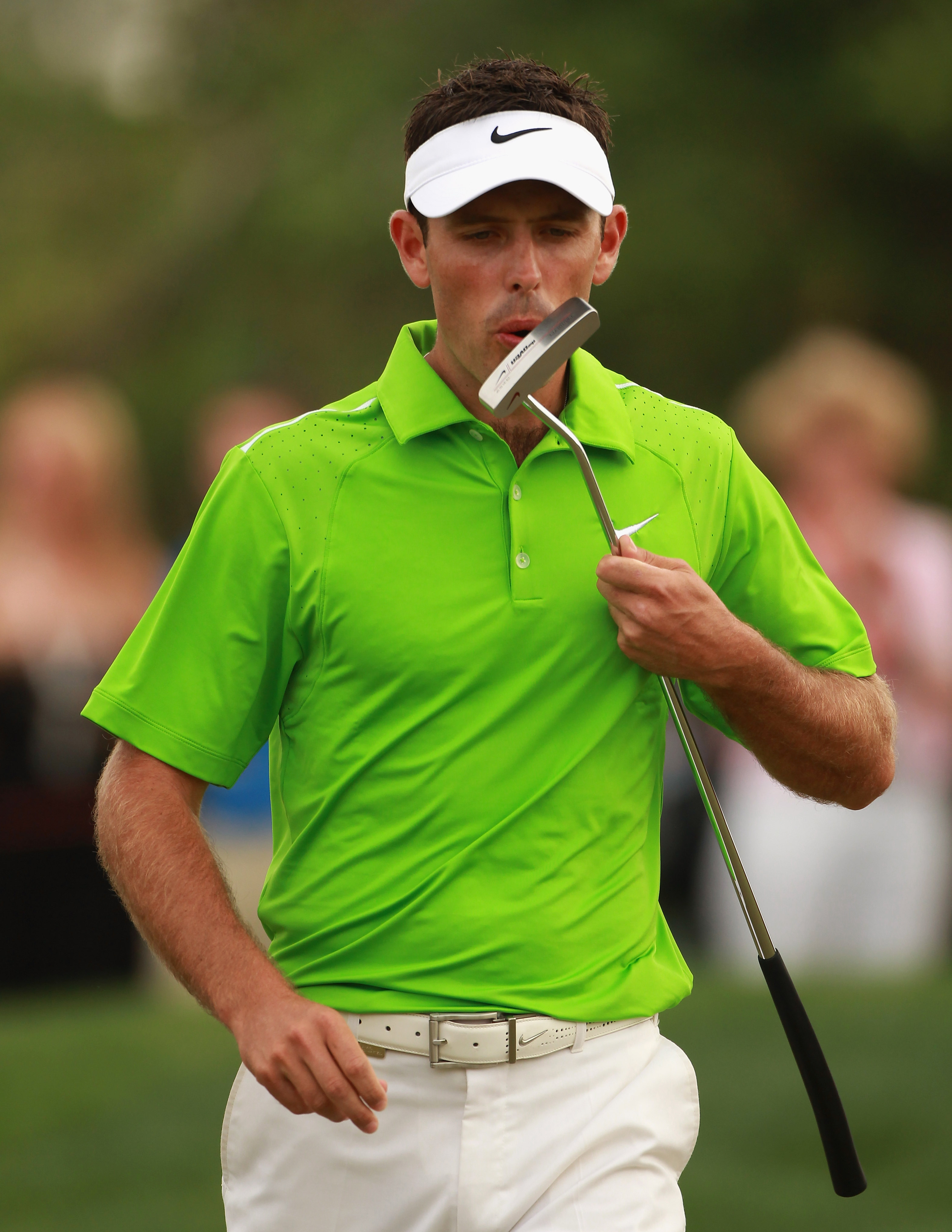 With the PGA Tour returning from Hawaii, now the season has unofficially begun. The PGA and European tours are the youngest they have ever been. The depth of young talent is staggering, not just in the rookies. Savvy veterans that are still kids will be in contention all season. Here are a few that will no doubt shine for many years to come on some of golf's biggest stages. 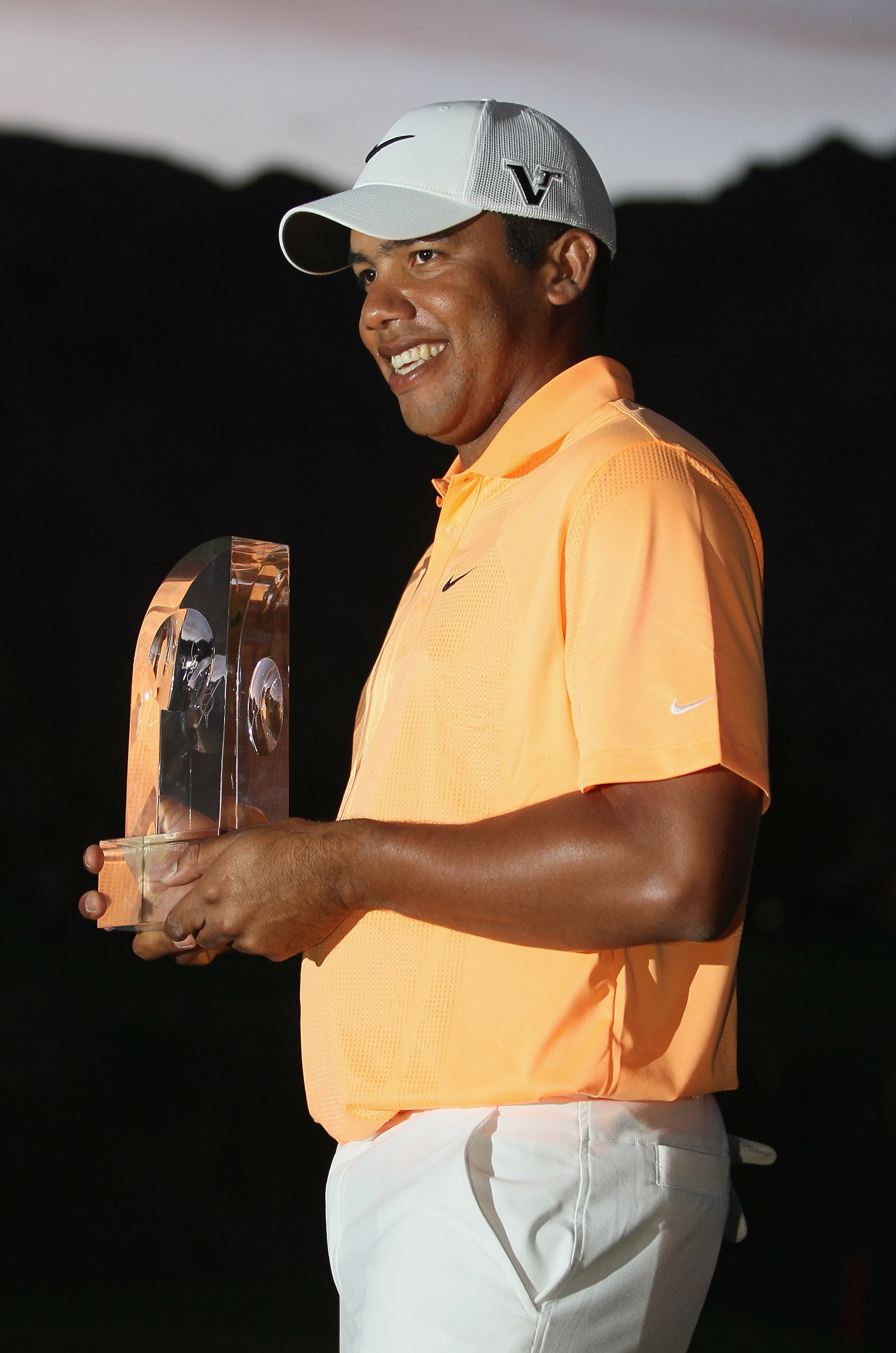 The twenty-six year old Venezuelan earned his first PGA tour victory earlier this month in stunning fashion at the Bob Hope Classic. The Texas Longhorn showed he was clutch in the process. Sinking a 10 foot putt in a playoff to clinch it. Vegas has tremendous potential and great size at 6'2", 230 pounds. He earned his tour card by winning at Wichita Open on the Nationwide Tour in August 2010. With one win already under his belt this season, this is a good sign of things to come for Jhonattan. 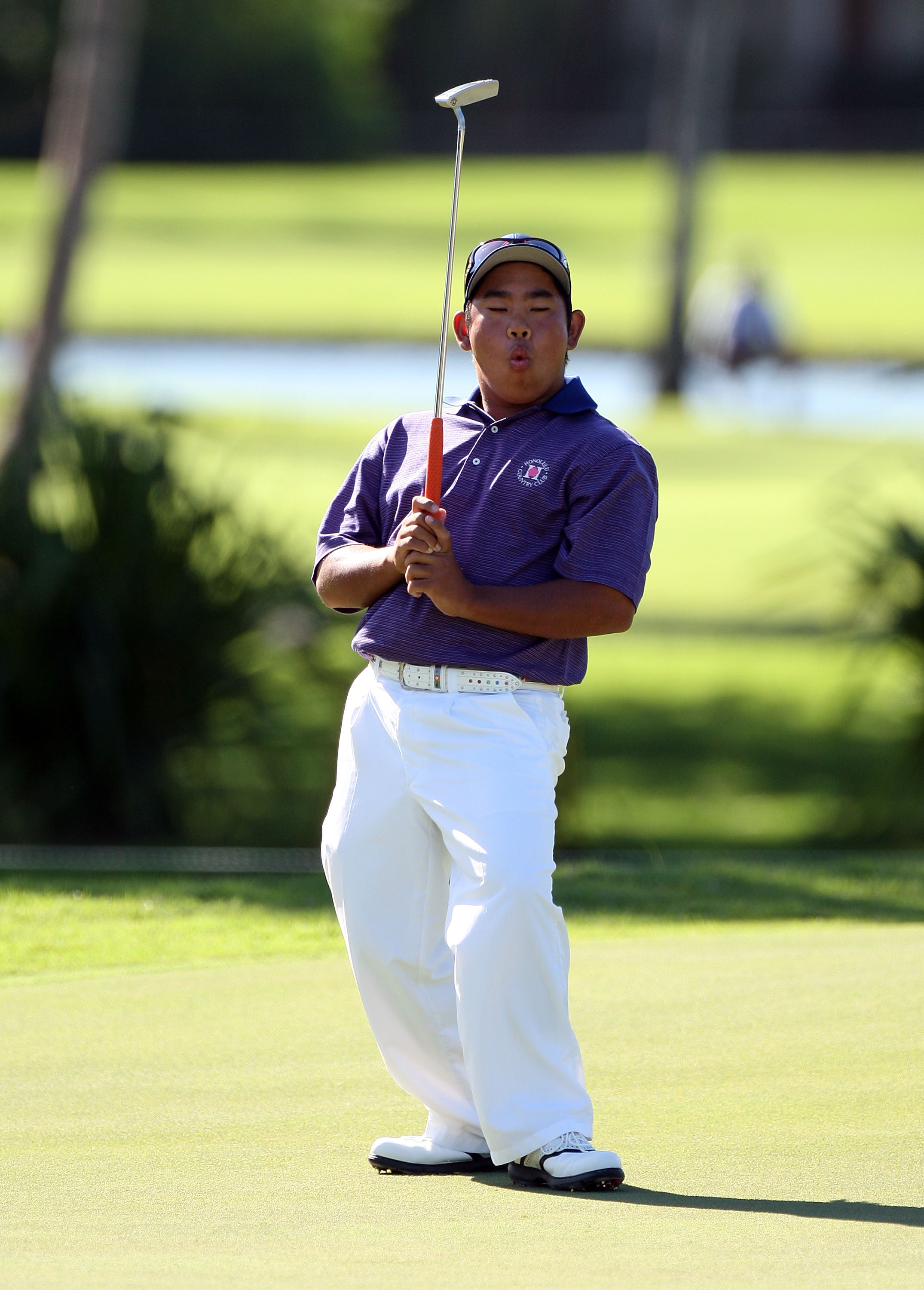 This twenty year old from Hawaii continues to improve. He missed the cut by six strokes at the Sony Open earlier this month which was a huge disappointment because it's his home course. But he continues to develop an already strong short game. Tadd already has five professional victories to his credit. If he can get additional length on his driver he will be a force to reckon with for many years to come. 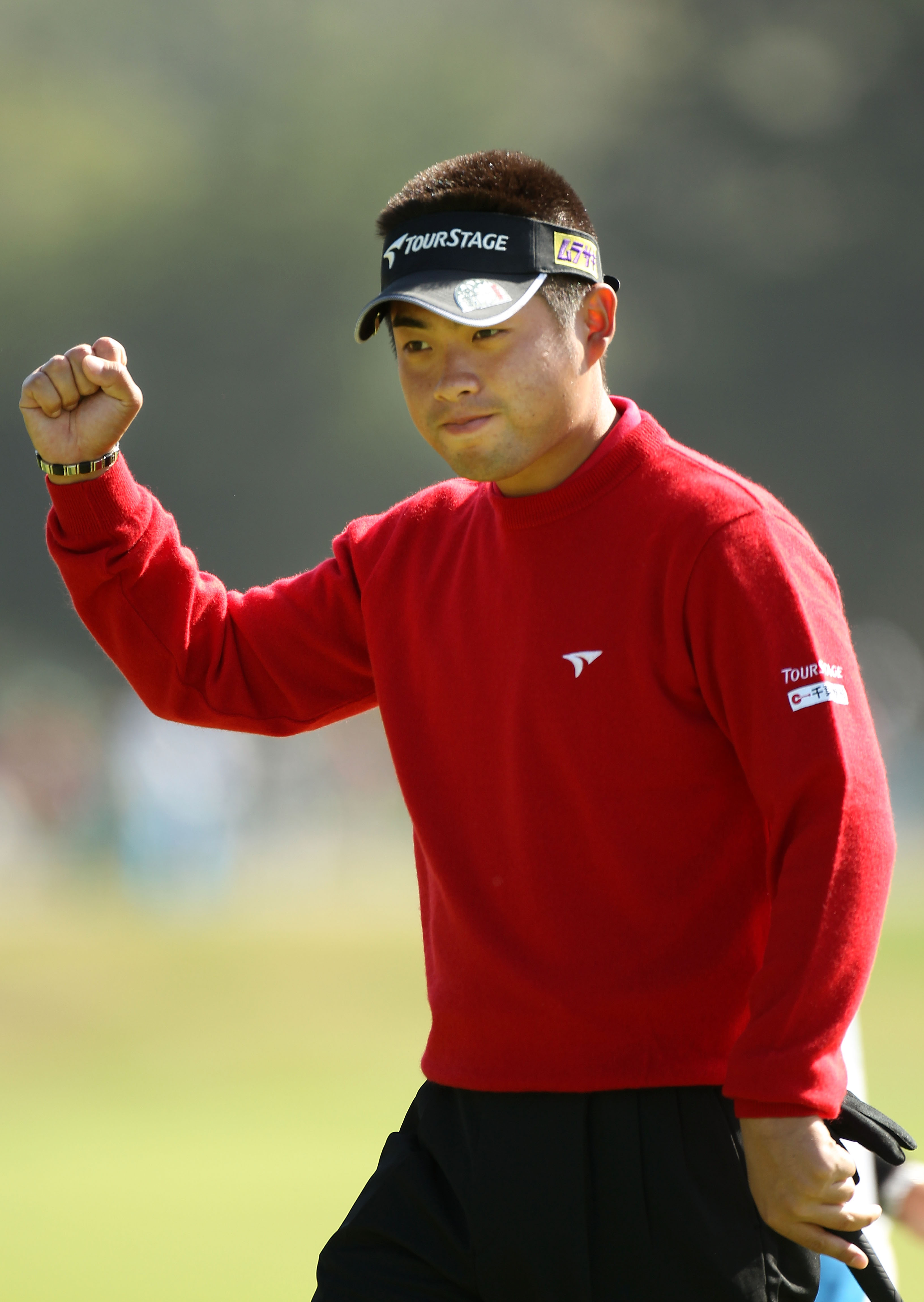 This twenty five year old is apart of a fleet of young Japanese players on the rise. Last year he finished 29th at Augusta, and also made the cut at the US Open at Whistling Straits. Ikeda has already amassed nine wins in his career including eight on the Japanese Tour. 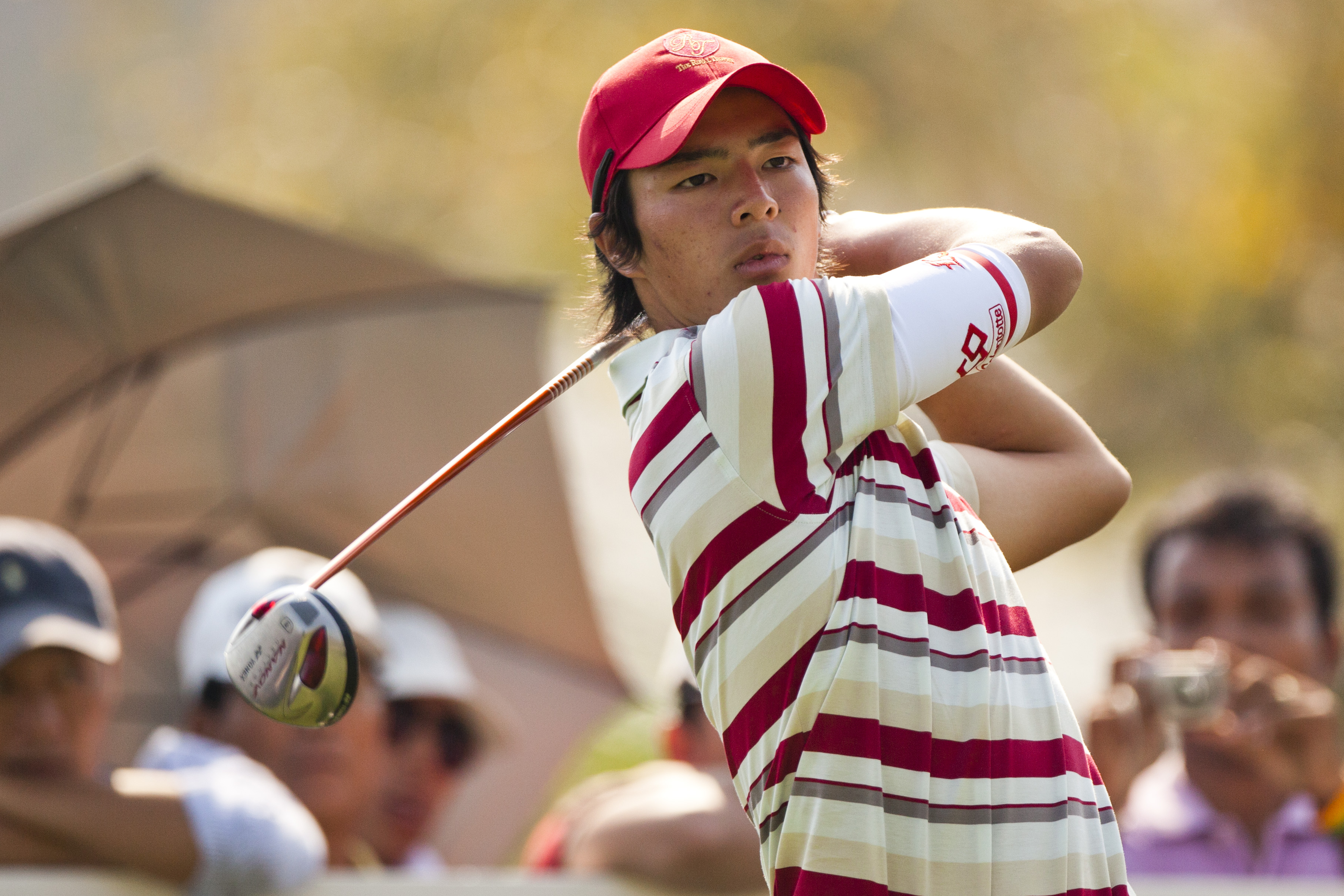 The Japanese Phenom. At nineteen years old Isikawa was the leading money winner last year on the Japanese Tour. He also finished tied for 27 at the Open Championship. He's 179th in GIR. If he can improve his approach the possibilities are limitless for Ryo because his putter can be flawless. 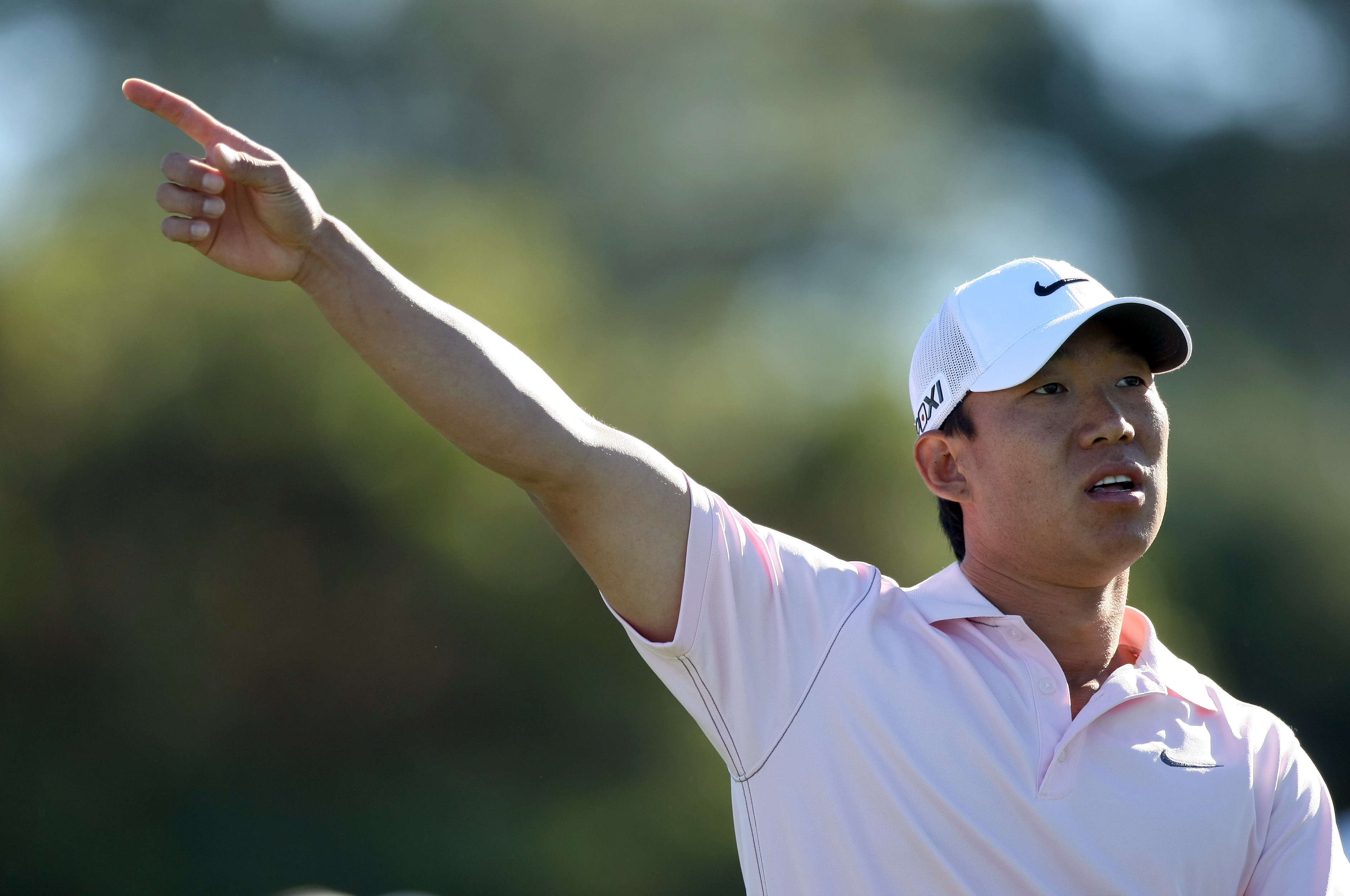 2010 was a rough year for AK, one that he would undoubtedly like to forget. He started strong, winning the Shell Houston Open in a playoff, then finishing third at The Masters. But later struggled with a thumb injury that required surgery, which cost him to miss out on two majors, and withdraw from the field at The Players Championship at Sawgrass. Kim is without a doubt one of the best young ball-strikers in the game. Since turning professional in 2006 he has four professional wins, and is currently ranked 32 in the world. 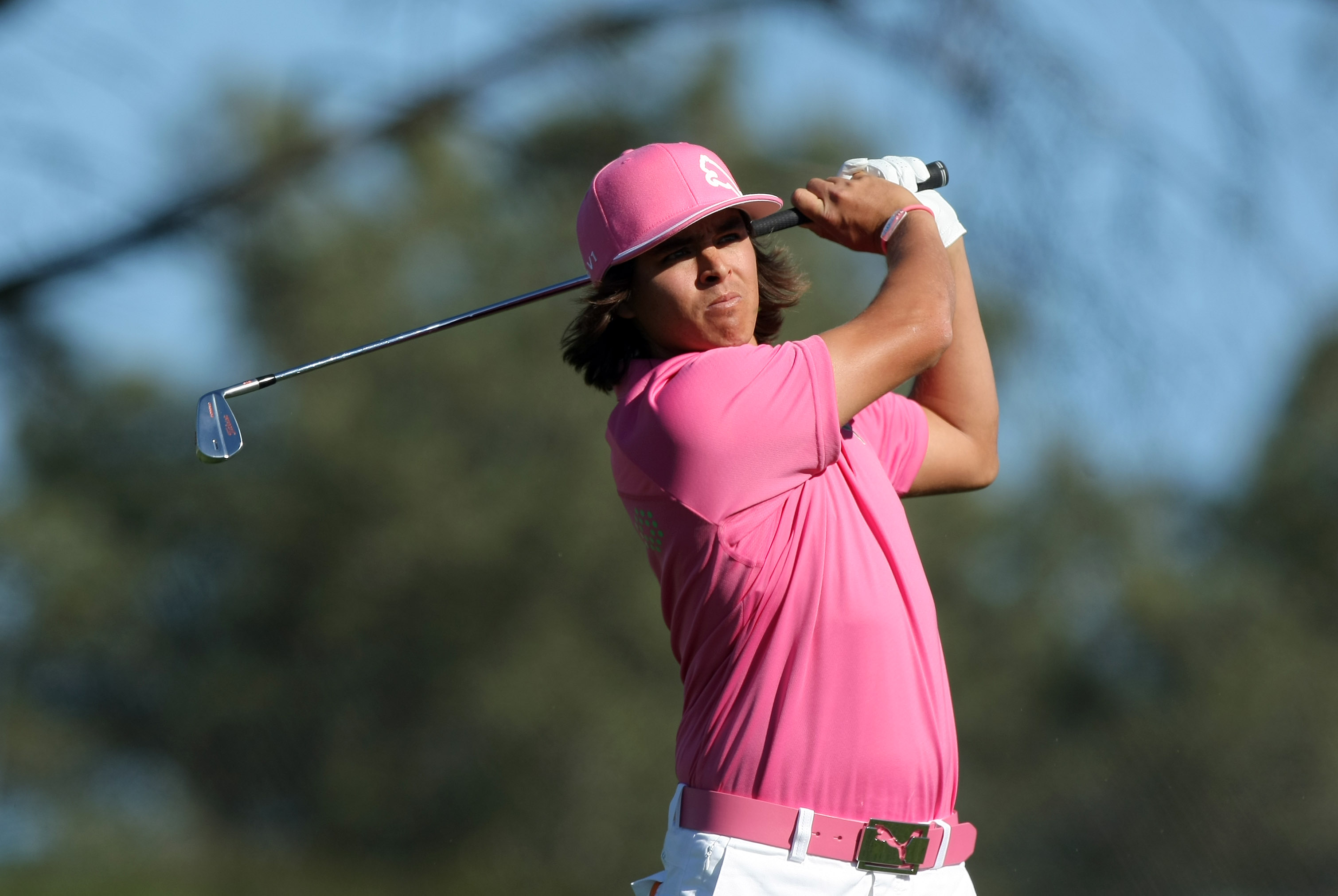 Rickie Fowler is the next prodigy on the illustrious list of Oklahoma State golfers. The twenty-two year old from Anaheim hasn't won on tour yet, but that doesn't mean he isn't a worthy adversary for the big boys this year. Fowler was awarded Rookie of the Year in 2010 and was a captain's pick by Corey Pavin on the US Ryder Cup team. Fowler had countless opportunities on Sundays which didn't quite pan out last season. He is currently ranked 31st in world, and 2011 should be a big year. 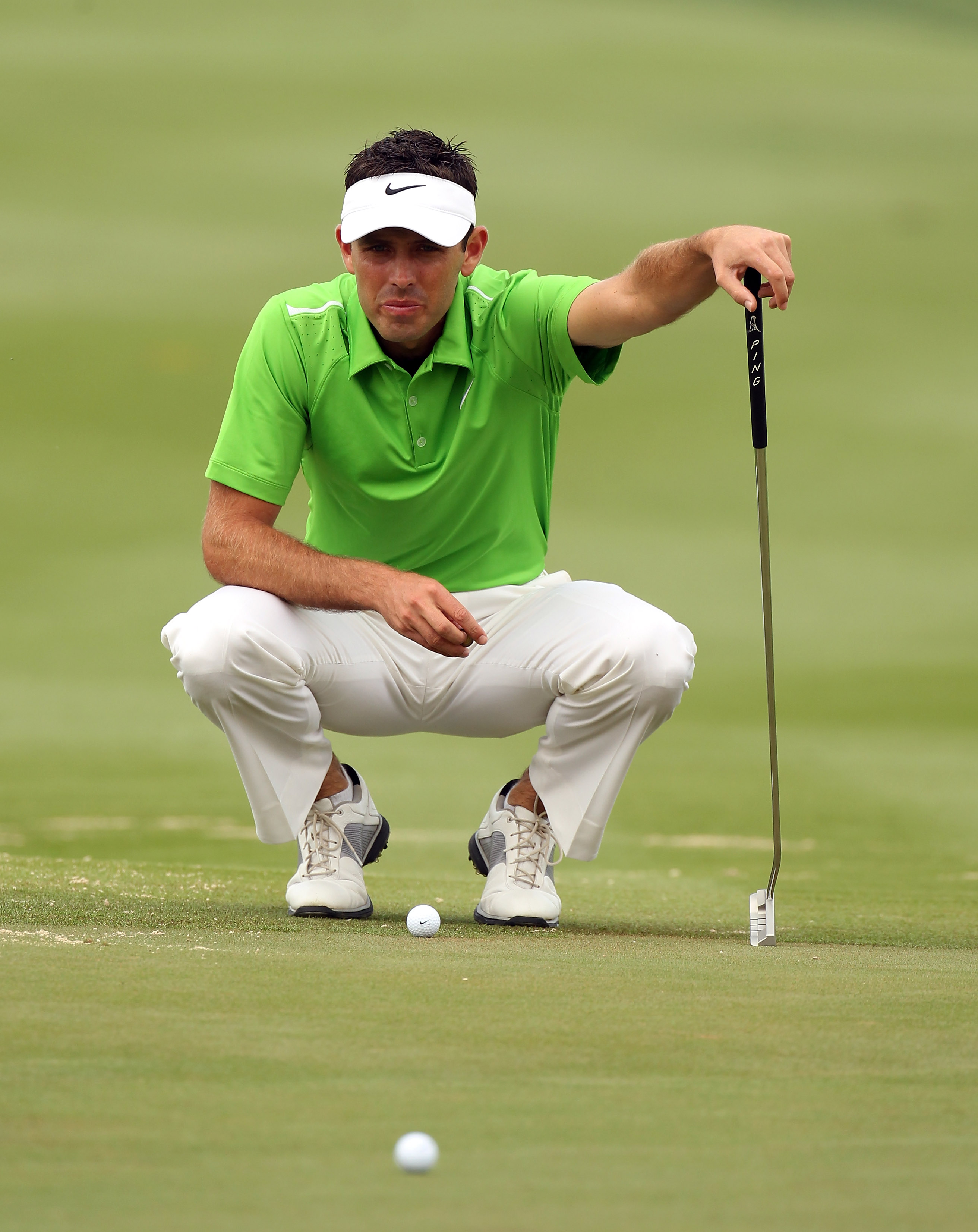 Schwartzel is slowly creeping on the radar in the US. The twenty-six year old won two weeks ago in his native South Africa at the Joburg Open. He is currently ranked 22nd in the world. Last year he was 10th on the global money list. He has already won seven times in his career. Charl also shows up in majors, last year he made the cut in every event with his best finish tied for 14th at the Open Championship. He is also 30th in driving distance in the world. Already with a win this year, anticipate Schwartzel to have a big 2011 and continued success all over the world. 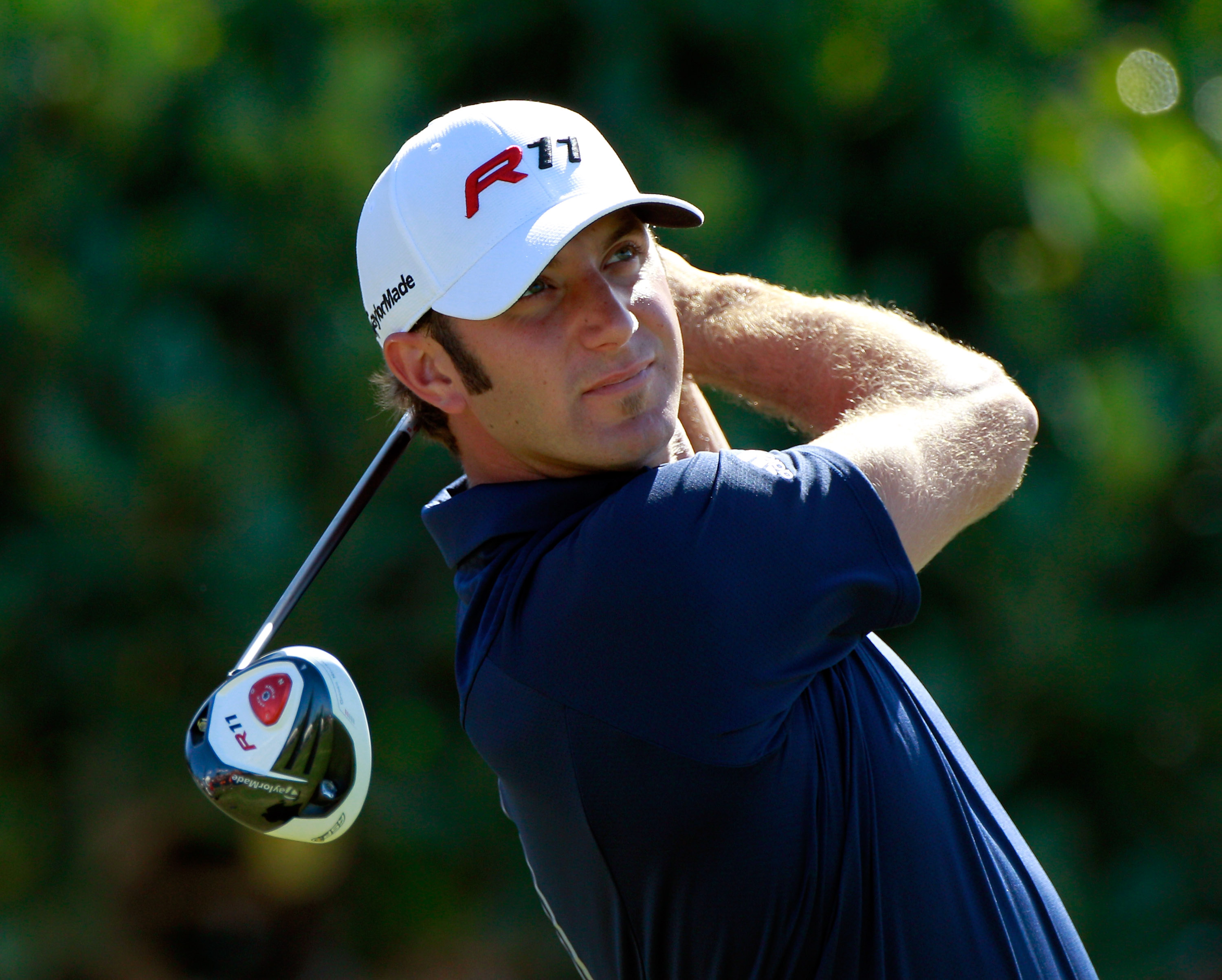 Who can forget the heartbreak for Dustin Johnson at the PGA Championship in a playoff in 2010? It was clearly marked in the locker rooms for players to see, but DJ did in fact ground his club in a fairway bunker. The subsequent penalty was controversial, and unfortunate. It cost him the playoff which Martin Kaymer went on to win, and Johnson had to settle for tied for fifth. Even with that set back he bounced back to win the third event in the Fedex Cup Playoffs, the BMW Championship. It was his fourth career PGA Tour win. Johnson is currently the 16th ranked player in the world, and it won't take him long before the twenty-six year old is in the winner's circle again. 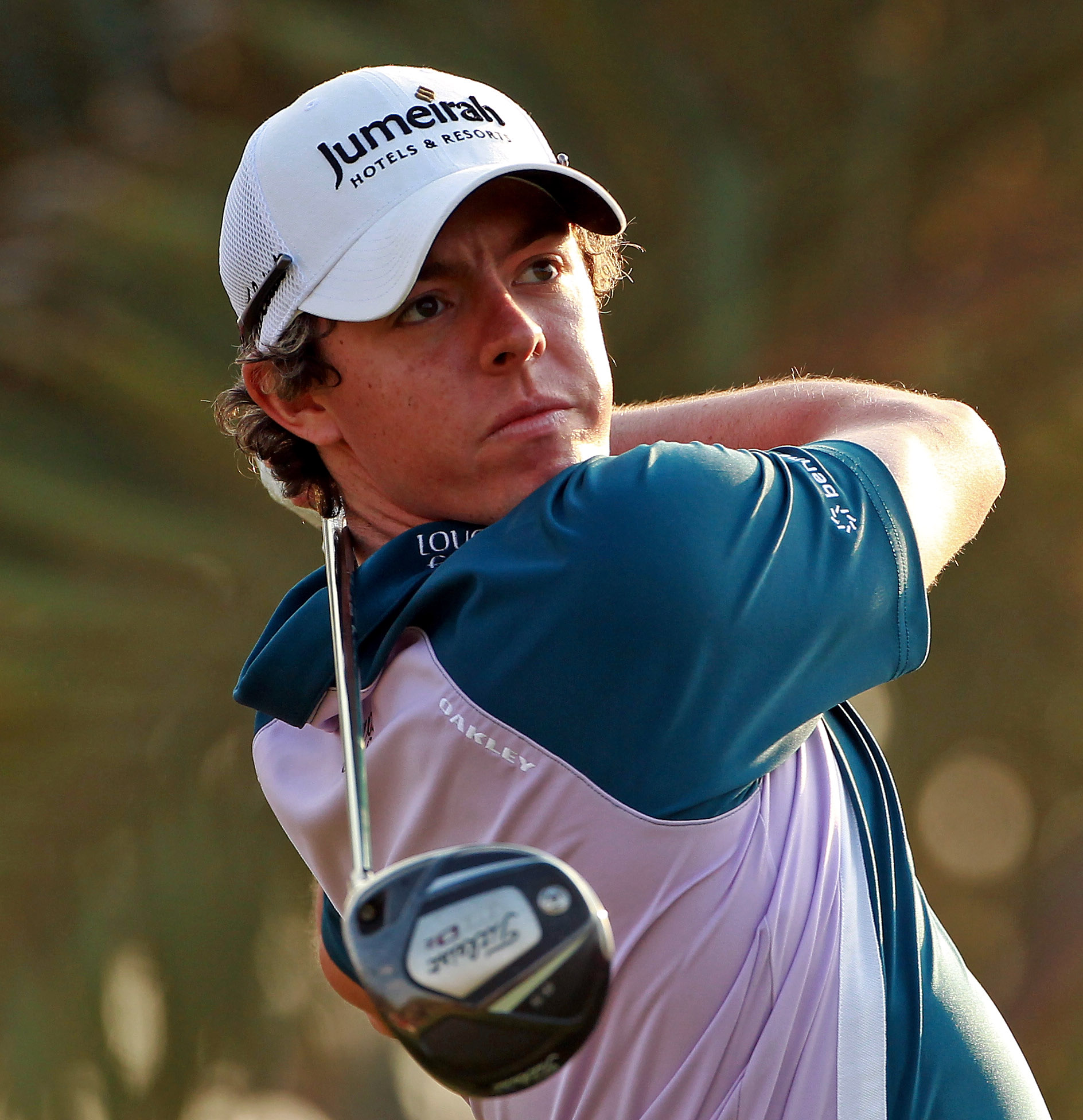 This twenty-two year old only has two career wins but it's no secret he is the future of golf. The kid from Northern Ireland shot a 62 on a Sunday to come roaring back to win at Quail Hollow in Charlotte last year. This was an epic statement in a star-studded field, that the world couldn't help but notice. It was a monumental first career win on the PGA Tour. He controversially lost rookie of the year to Rickie Fowler last season as well, which was inconceivable. Rory had three top 10 finishes last year at majors including back to back tied for third finishes at the Open, and later the PGA Championship. McIlroy is the seventh ranked golfer in the world, and could shatter records if stays healthy and continues to work hard. 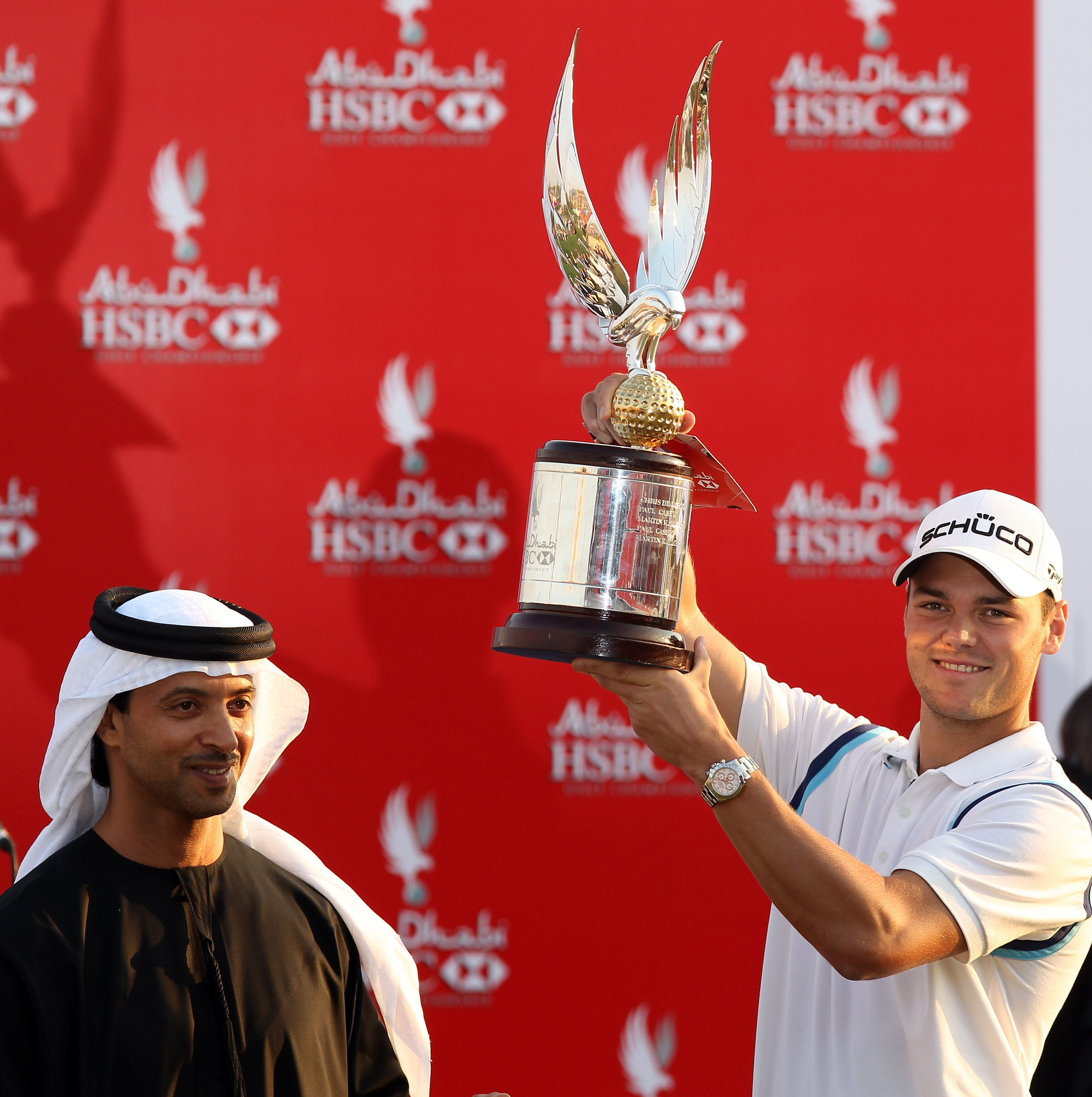 Martin Kaymer is not only the best golfer under 26, he may be the best player in the world right now. He has sky rocketed up the world golf rankings to number two, nipping at Lee Westwood's heels for the number one spot. The young German turned twenty-six last month and has already amassed significant career stats and wins. Kaymer won earlier this month at the prestigious HSBC Championship in Dubai, on the European Tour by an insurmountable lead of eight strokes. He's already won a total of 17 times since turning professional, including a playoff win at Whistling Straits in 2010 to secure the PGA Championship over Bubba Watson.

Kaymer has nothing left to prove. He's a clinical ball striker that is clutch with the flat stick on Sundays. He's also hungry to surpass Westwood and become the first number one ranked German golfer since Bernhard Langer, when the rankings were introduced in 1986.