NHL All Star SuperSkills: Predicting the Winners of Each Event

With all the talk about the NHL All Star Game and the Fantasy Draft and the new format, the SuperSkills is taking a back seat this year.

Amidst all the other change, the SuperSkills format has also improved for this year's All Star Weekend.

Let's take a look at the new format and some predictions for who will win each event. 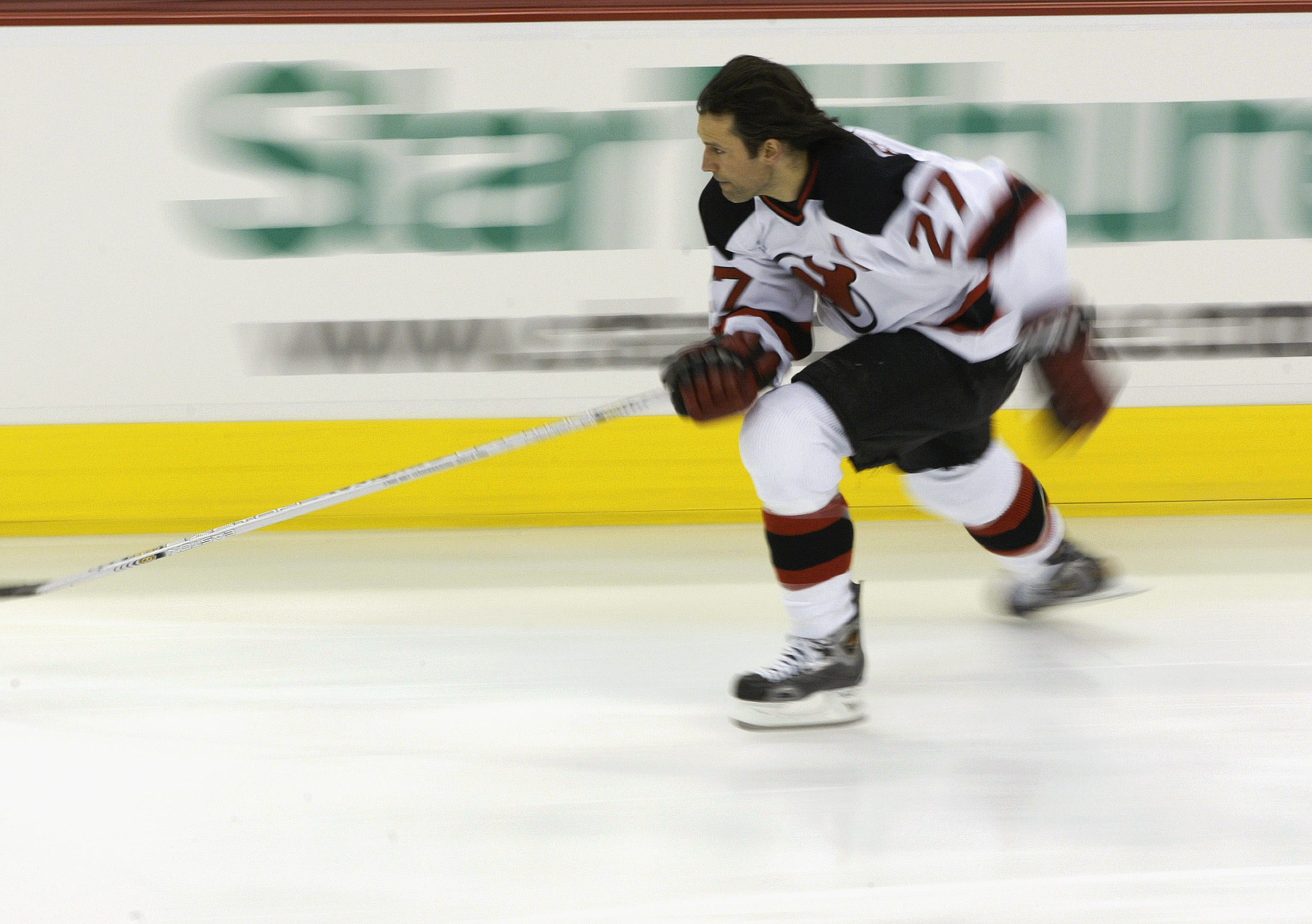 The Fastest Skater event is one that hasn't really changed much over the years. Basically, the players skate one full lap as fast as they can, and the fastest time wins.

Scott Niedermayer, Sergei Fedorov, Sami Kapanen, and Peter Bondra have each won the event twice, and perhaps the most surprising winner was Bill Guerin in 2001. 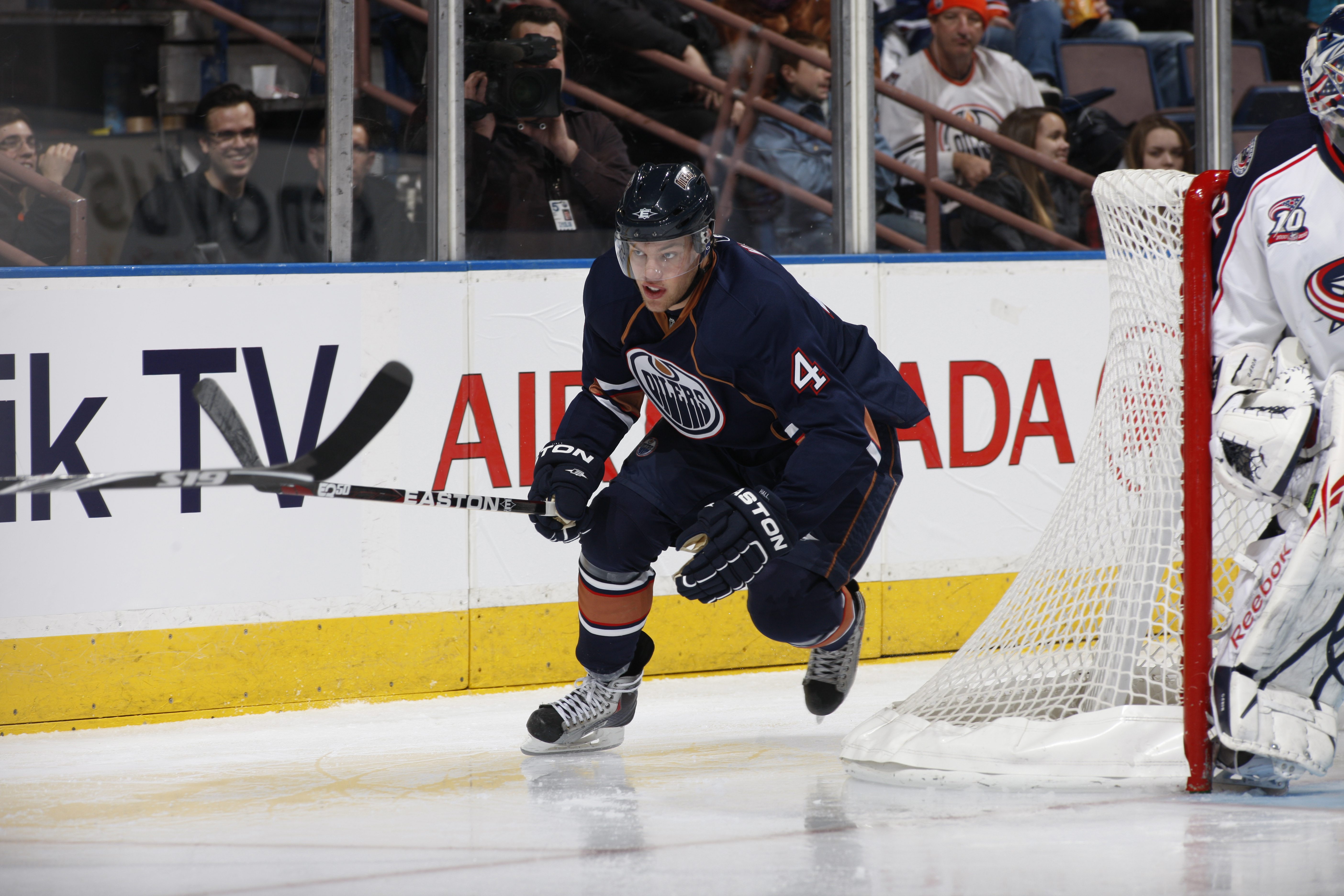 The first overall pick from last summer's NHL Entry Draft has speed to burn and should be given a chance in the SuperSkills.

Hall recently posted a time of 14.112 in Edmonton's team skills competition, and even though Taylor Chorney beat him in that race, Hall's time would have been good enough to win the SuperSkills Fastest Skater the last two times it's been held. 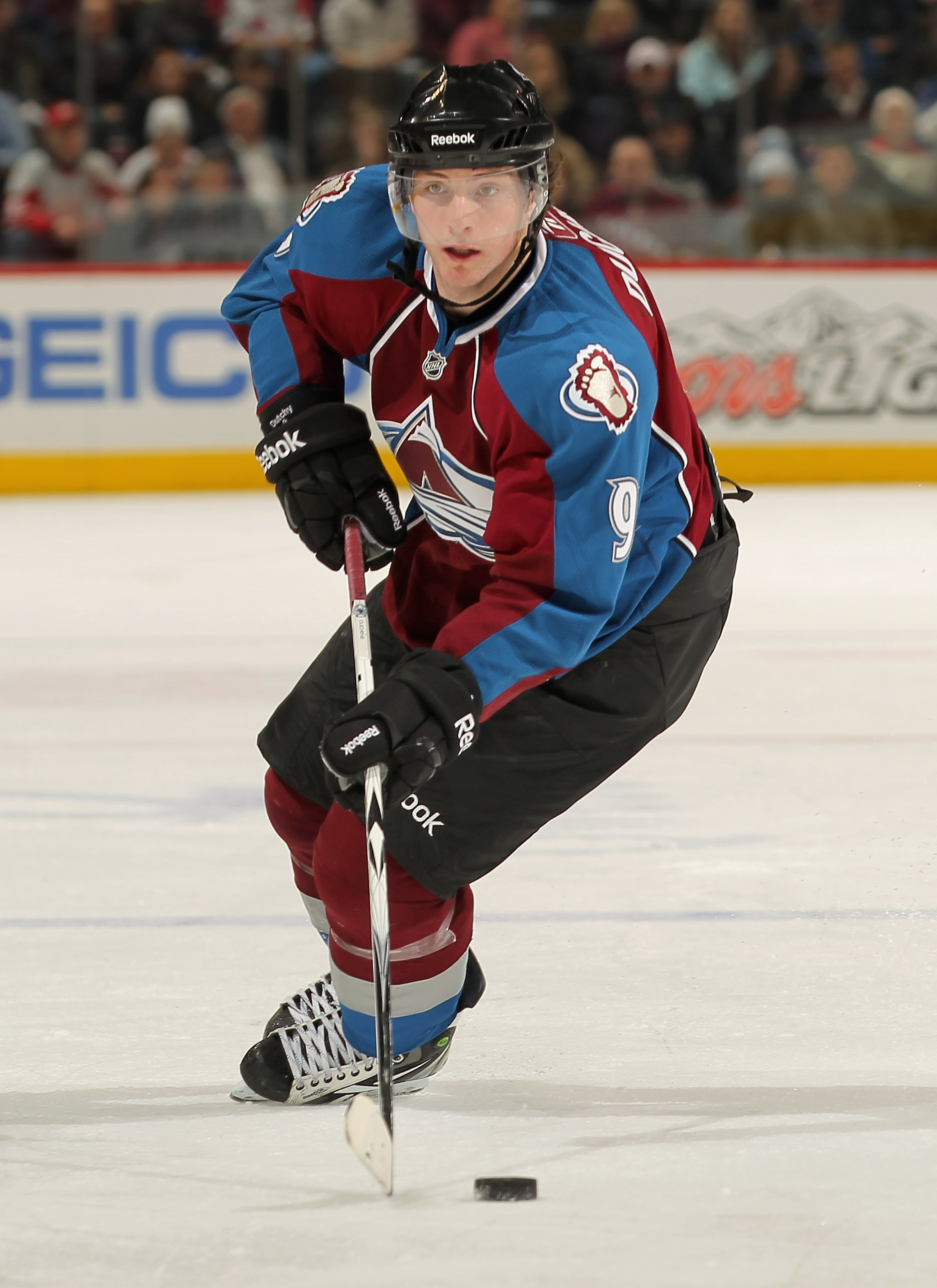 The young guys are fast this year, and Matt Duchene is one of the fastest.

He's a serious threat to win the Fastest Skater this year after blowing by defensemen all season. 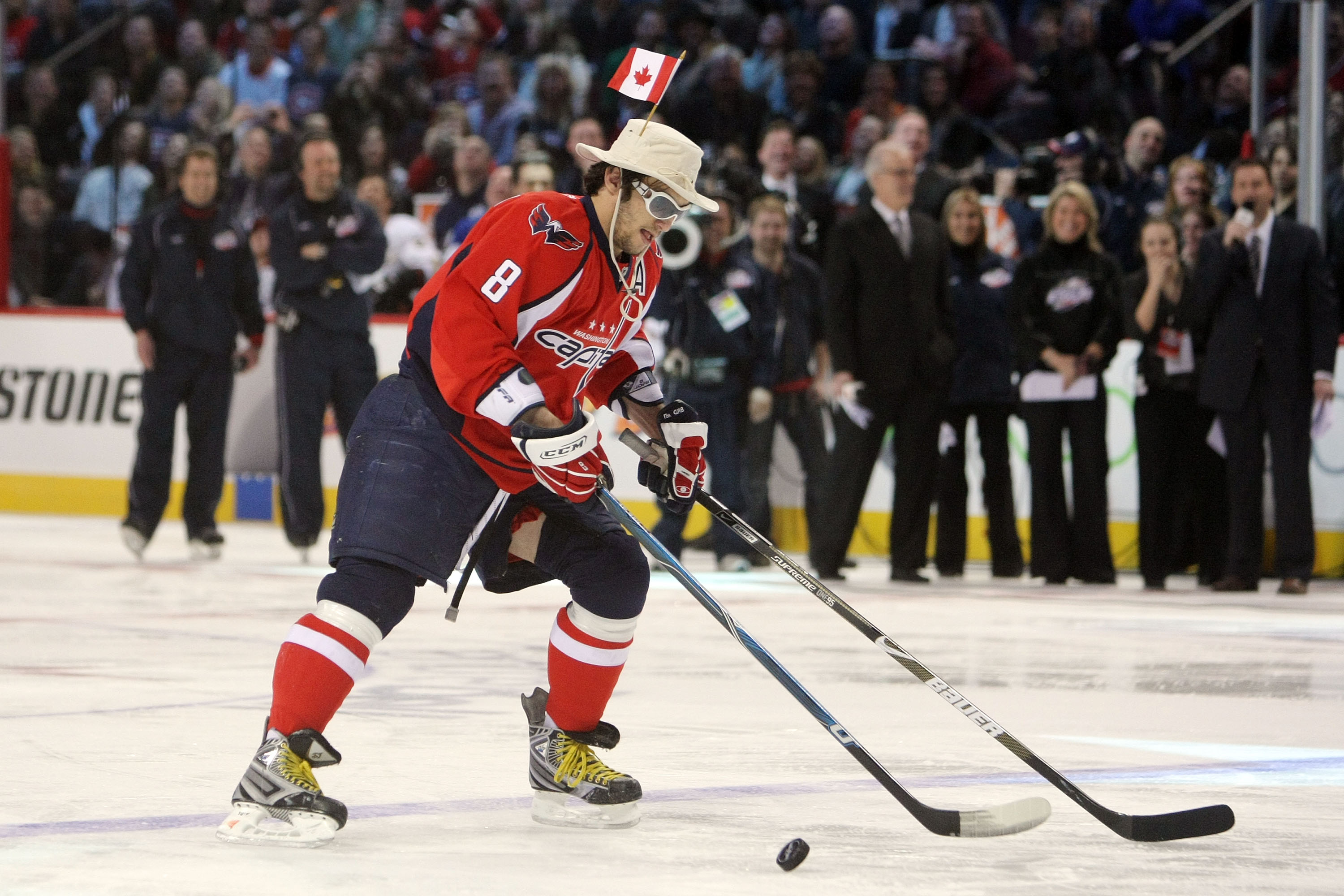 In the Breakaway Challenge, shooters are trying to score by making the most creative move.

The most memorable Breakaway Challenge attempt was by Alexander Ovechkin when he put on a hat and sunglasses before going in for his shot.

The event has only been held twice previously, and Ovechkin has won it both times.

Each shooter gets four attempts from anywhere in the offensive zone, and the winner is decided by fans text messaging in their votes.

Considering Ovie is the only player to have won this event, the smart money is on him to win it again.

Ovechkin seems to have more ideas for crazy, ridiculous attempts in the Breakaway Challenge and should be the main threat to win it again this year.

If you remember the crazy goal Stamkos scored in this video, or if you've watched him at all in the last two years, you know he's really good.

Stamkos leads the league in goals, and should have some fun stuff in store for us in this Breakaway Challenge. 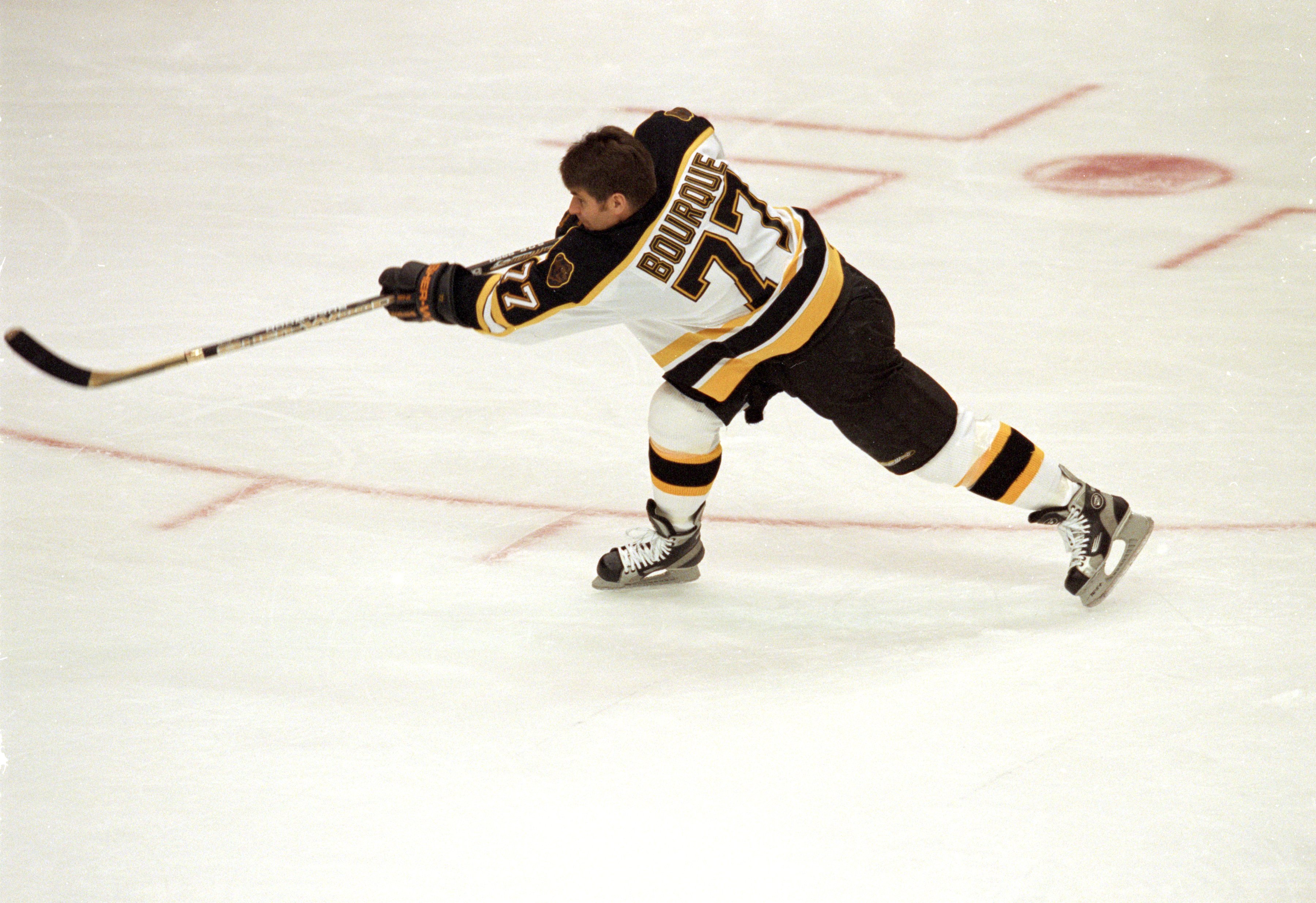 Another event that's pretty much stayed the same for a long time, this event was absolutely dominated by Ray Bourque, who won it five years in a row, and eight times in eleven.

A shooter stands in the slot and takes alternating passes from each corner. He fires shots at the four 15" targets that are in each corner of the net, and the less shots to hit them all, the better. 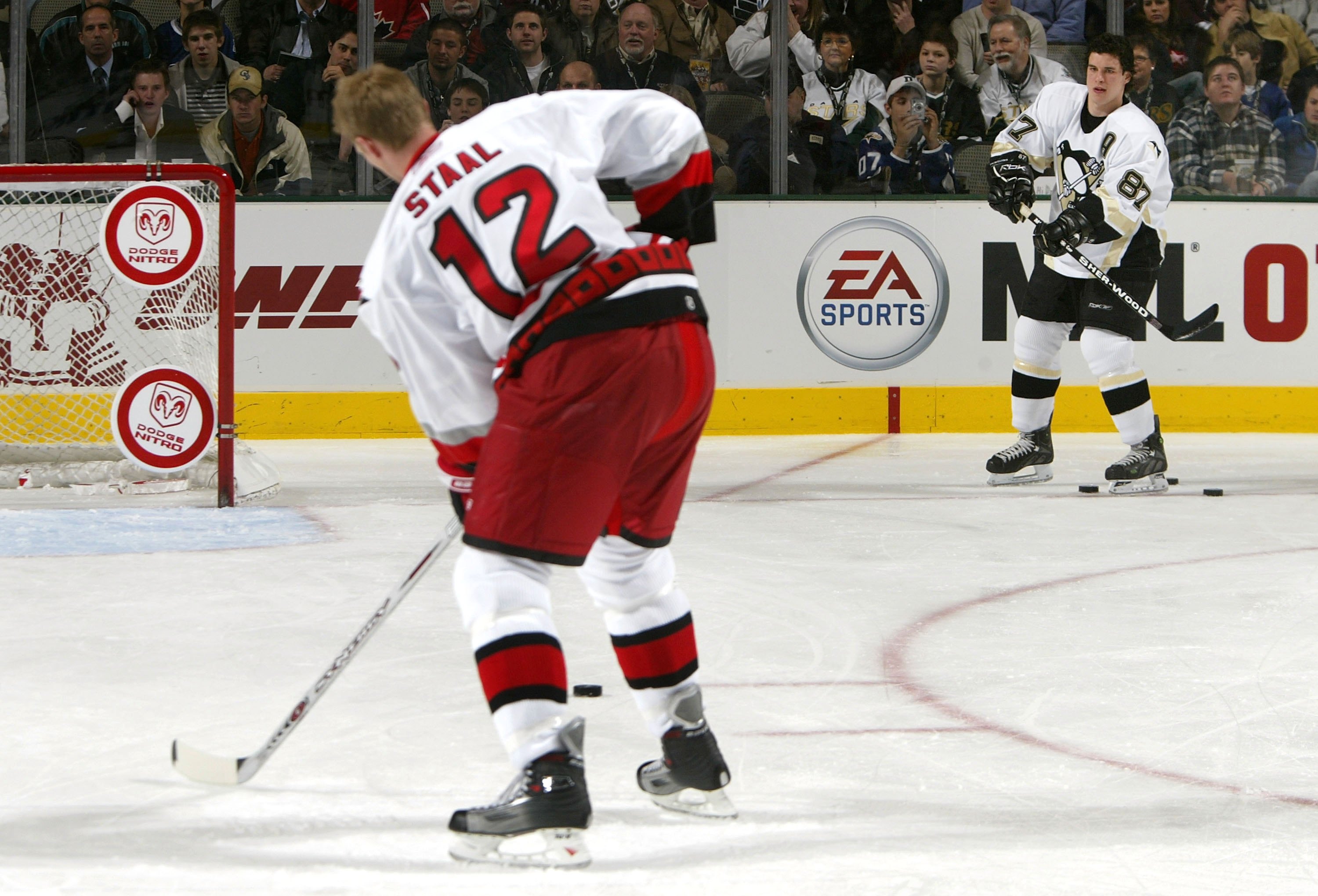 Captain Staal is the only participant in this year's All Star Game who has won the Accuracy Shooting event before. In 2007, he hit all four targets in just five shots.

Staal has a great wrist shot, and has the extra incentives this year of playing at home and being the first All Star captain, so he'll be very motivated to win. 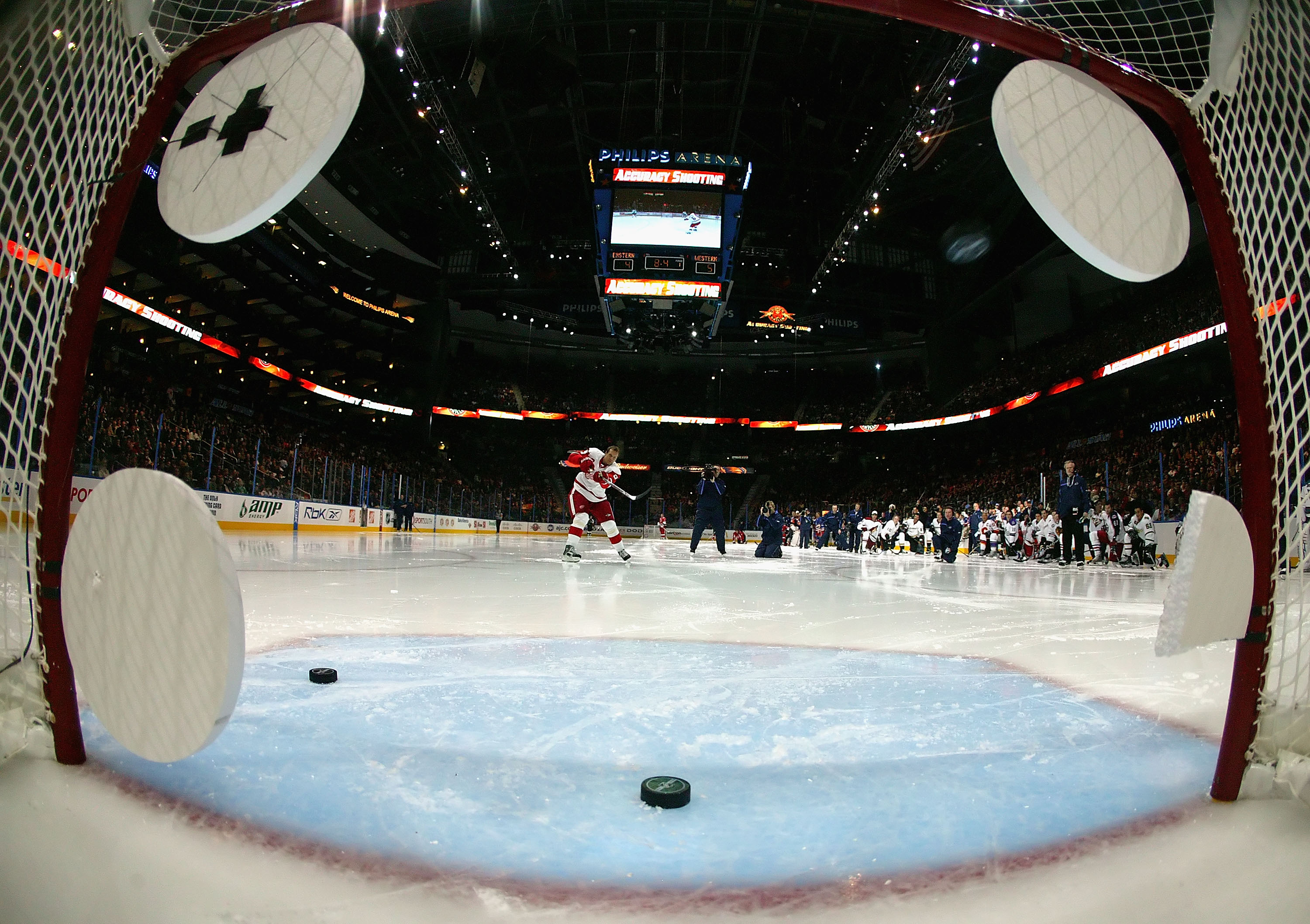 That's right! If it's not one captain, it will be the other.

Lidstrom has always been one of the most accurate shooters in the game, especially when sneaking point shots through attempted blocks and on net.

It's surprising he hasn't won this event before, but maybe he'll add it to his list this year.

This is a brand new event this year that incorporates a lot of former events like the puck control relay and one-timers. It's a series of five events, as shown in the picture.

First off, on the left side, one passer feeds one-timers to three shooters, and each shooter has to score three goals before the team can move on.

Then, it moves to the neutral zone, where a passer has to pass a puck into each of the six nets.

Next, on the top right, is the puck control relay, where a player carries a puck through the series of cones.

After that, on the bottom right, is the stick-handling, where a player has to stick-handle the puck around each of the cones.

Finally, on the right side, is a round of accuracy shooting.

Each team goes twice, and the fastest time is the winner.

Without knowing the teams or who's in the event, it's virtually impossible to pick a winner without guessing, but I'm going to guess Team Lidstrom. 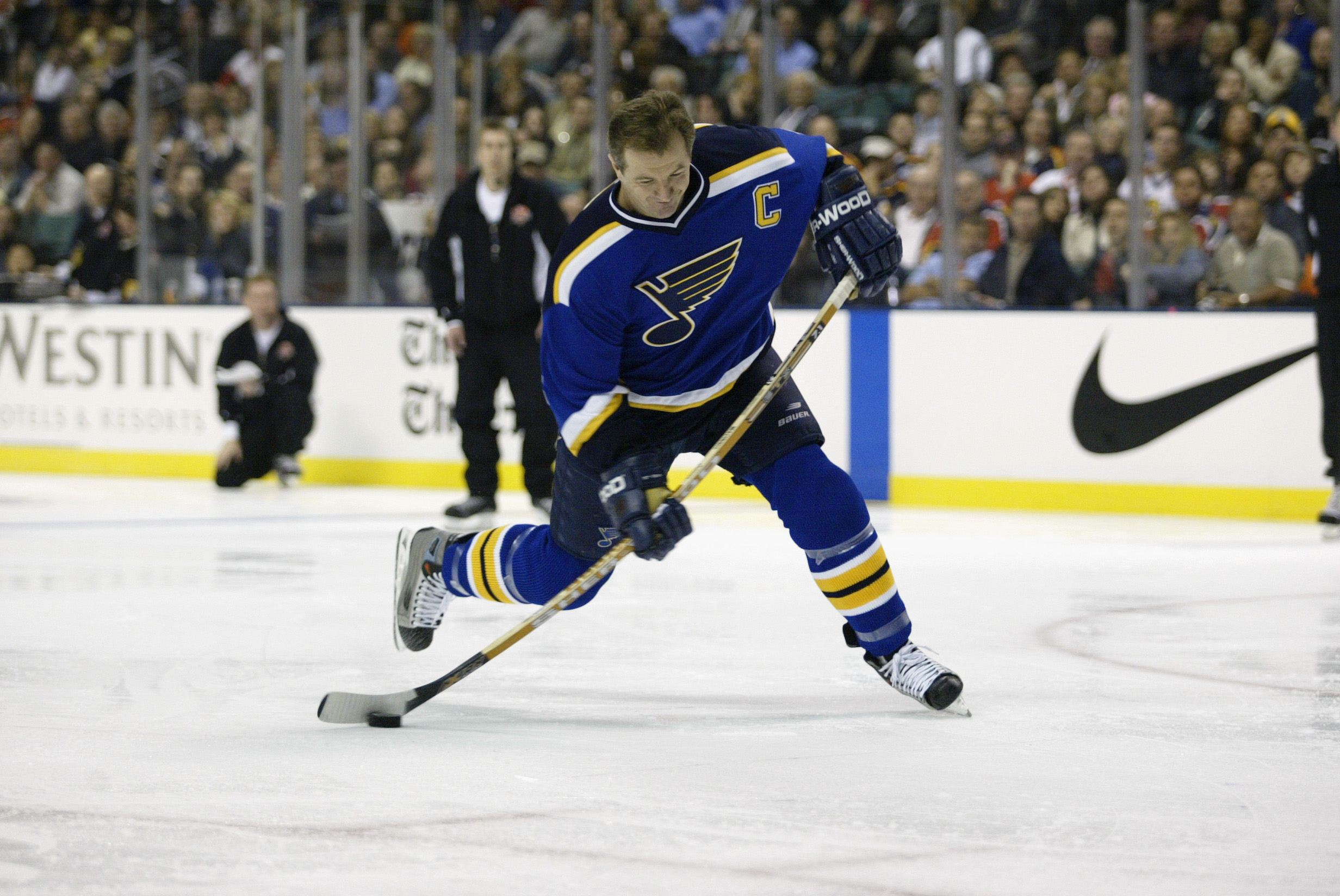 Another of the classic events, the all-time best for Hardest Shot is Al MacInnis who's won the event seven times.

The all-time best for the hardest shot ever in the Hardest Shot event is Zdeno Chara with 105.4 MPH last time the All Star Game was held. Chara's also the three-time defending champion.

Each player gets two attempts from the slot to shoot the puck as hard as he can, and a radar gun set up behind the net records the speed of the shots. 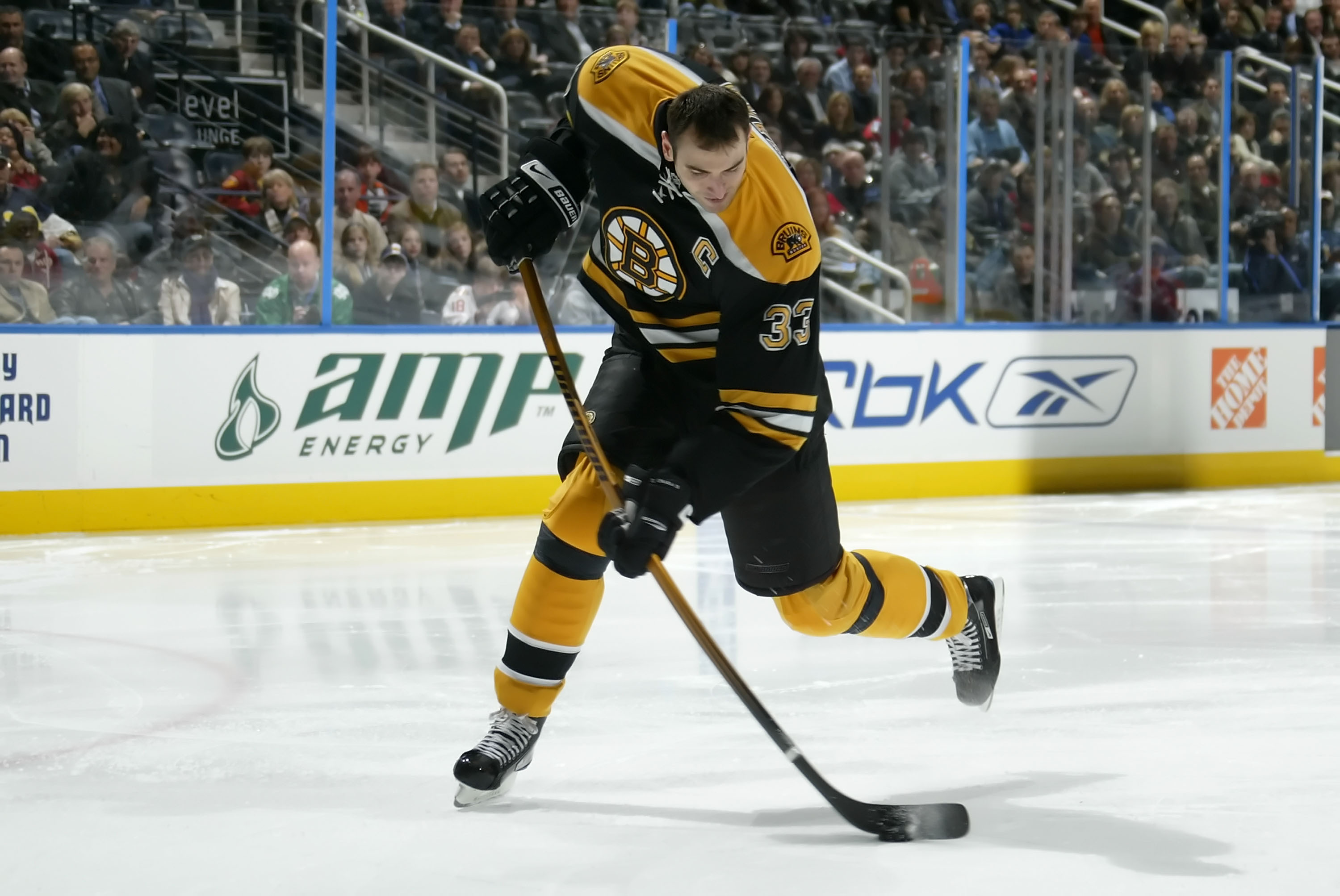 Was there really any question on this one?

Chara's won it three times in a row for a reason–he's an absolute beast. At 6'9" and 255 lbs, Chara can get more power behind his shot than anyone else in the league.

Watch for Chara to win this event every time he's in the All Star Game.

In 2009, before the event, Chara put up $1,000 of his own money to go to a charity of the winner's choice. He then convinced each of the other participants, each of their teams, the NHL, and the NHLPA to put up the same amount of cash to add a little extra excitement to the event.

When Chara won it, he donated the $24,000 to Right To Play, a worldwide sports group that uses games and fun to help children in poor countries.

Chara's so likely to win this event that there isn't a second prediction. 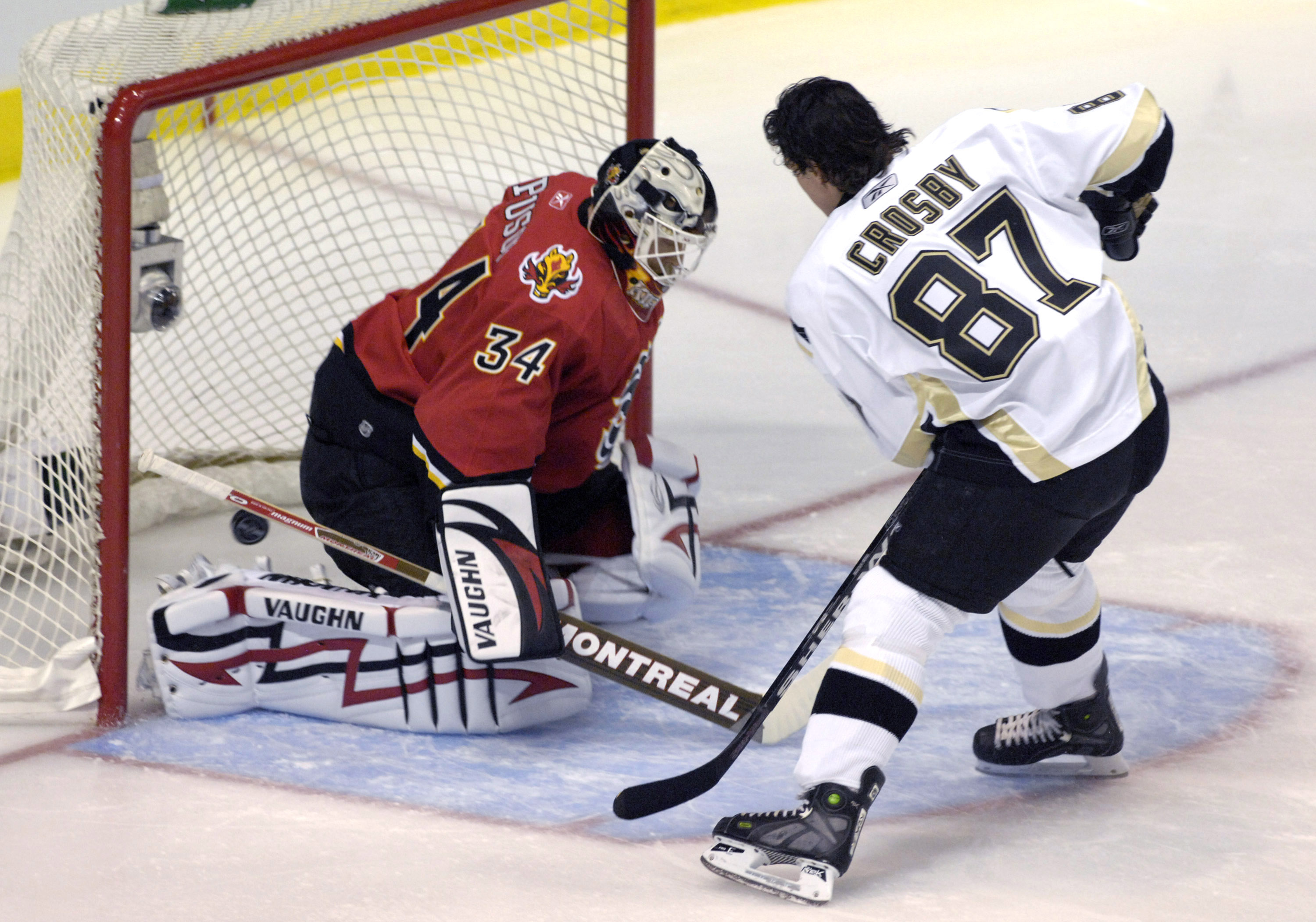 In the Elimination Shootout, each player shoots, and if they score, they move on to the next round. Last man standing wins.

The event has only been held twice so far, and the winners were Dion Phaneuf and Shane Doan. Since neither of them are in the All Star Game this year, we'll have a new winner.

And that winner will be... 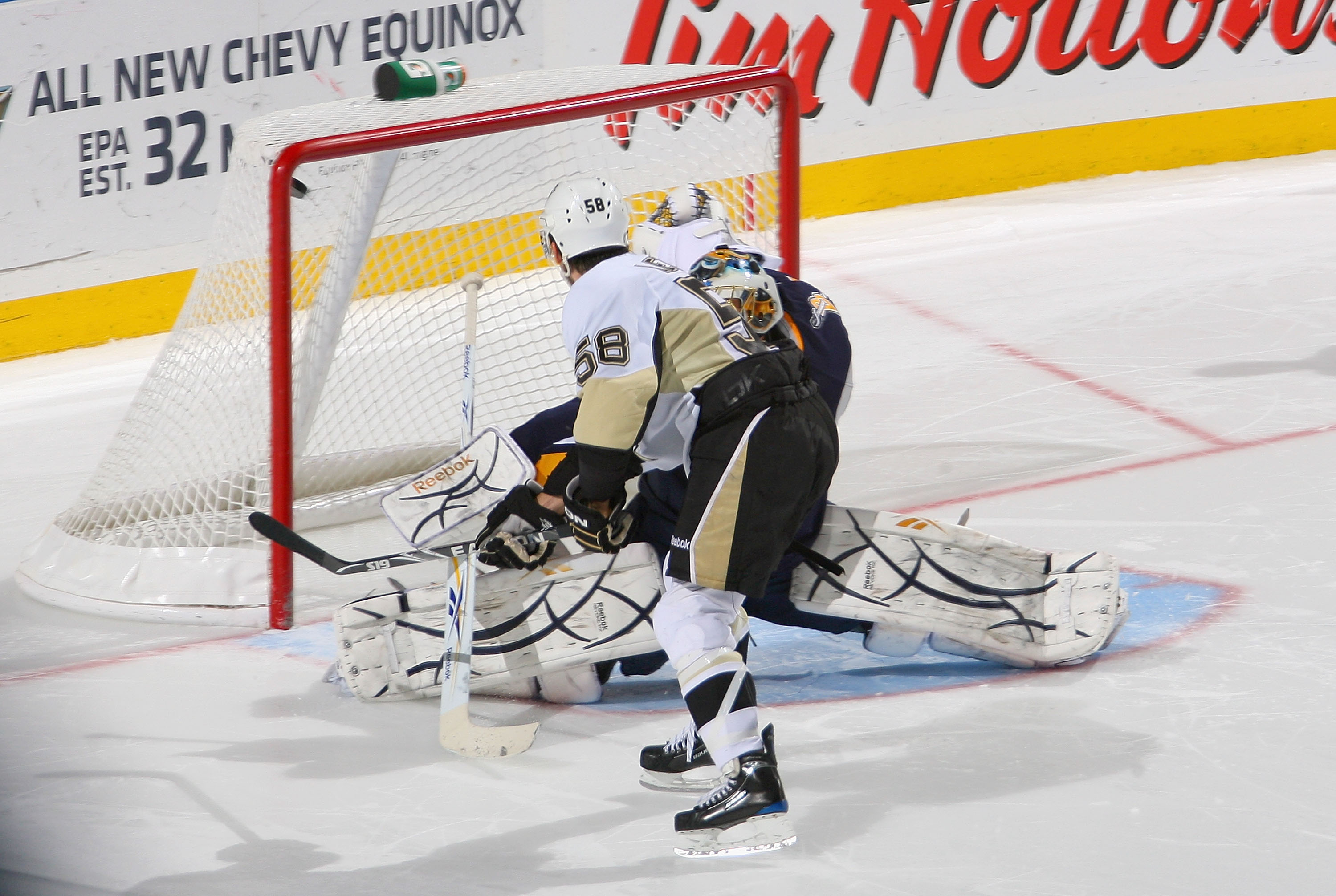 Yes, picking Kris Letang is going pretty far off book, but the regular suspects haven't seemed to win this event so far.

But, Letang is three for five on shootout attempts this year, and has as good a chance as anyone. 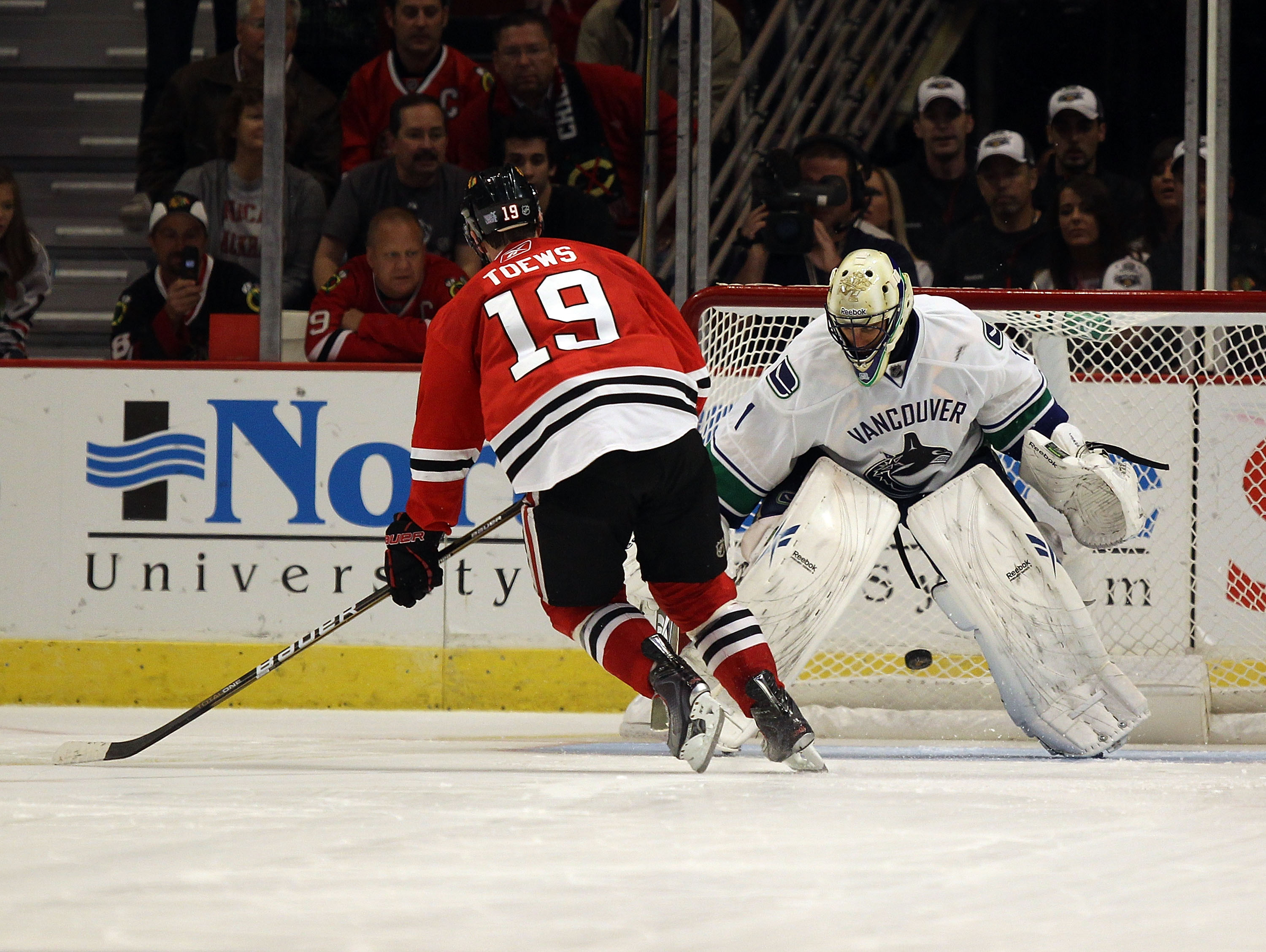 In 2007, Jonathan Toews won his second straight gold medal at the World Junior Championship, but perhaps the most impressive part of it was in the semi-finals against the United States, when Toews scored three goals in three attempts in the shootout to advance to the gold medal game.

If Toews can do that again, he'll have a good shot at winning the Elimination Shootout.

Honorable Mention: Anybody could win this event, but I'll give honorable mention to Jeff Skinner, Anze Kopitar, and Claude Giroux. 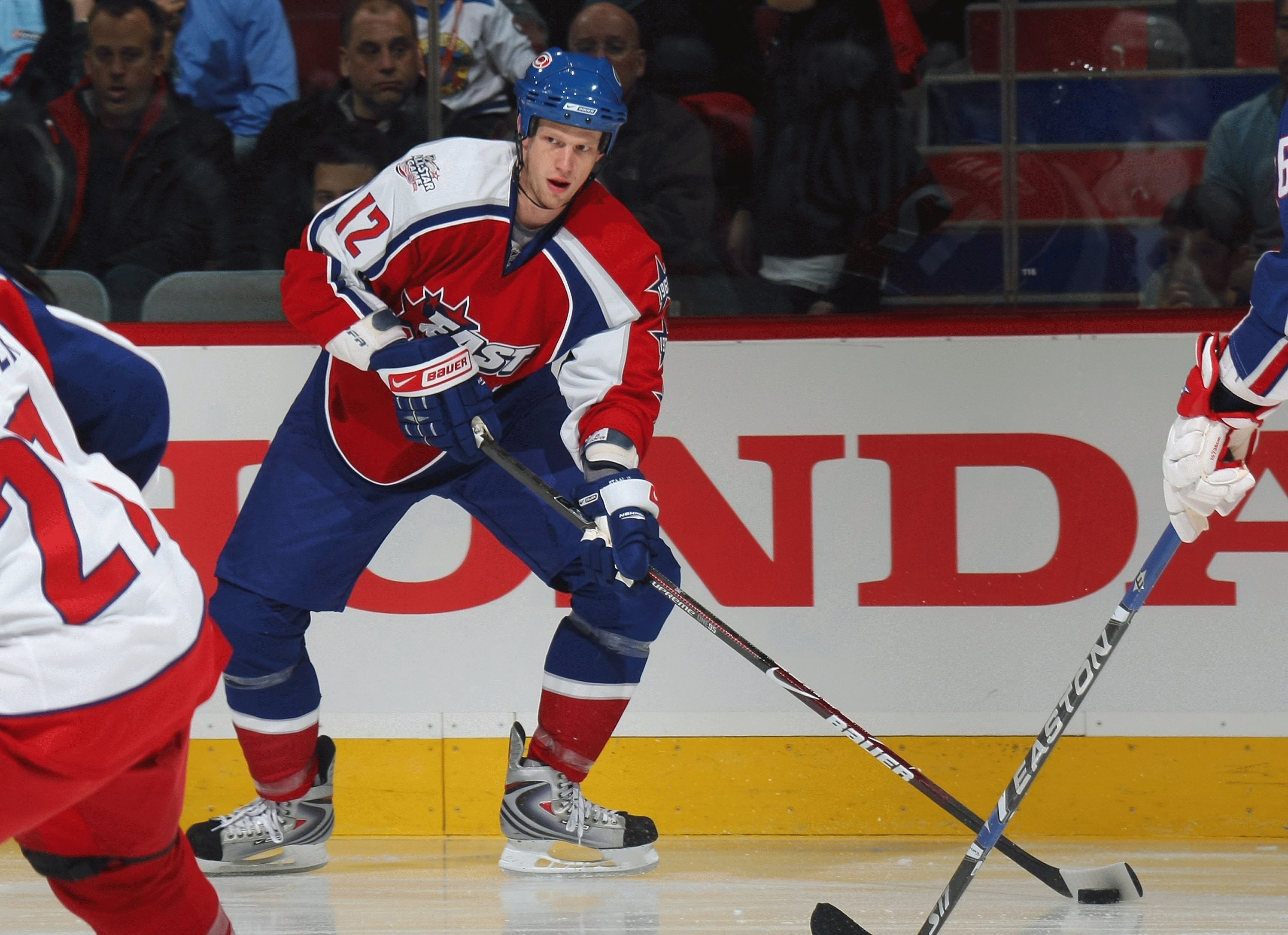 Thanks for reading! If you want to check out my mock draft, here's the link: