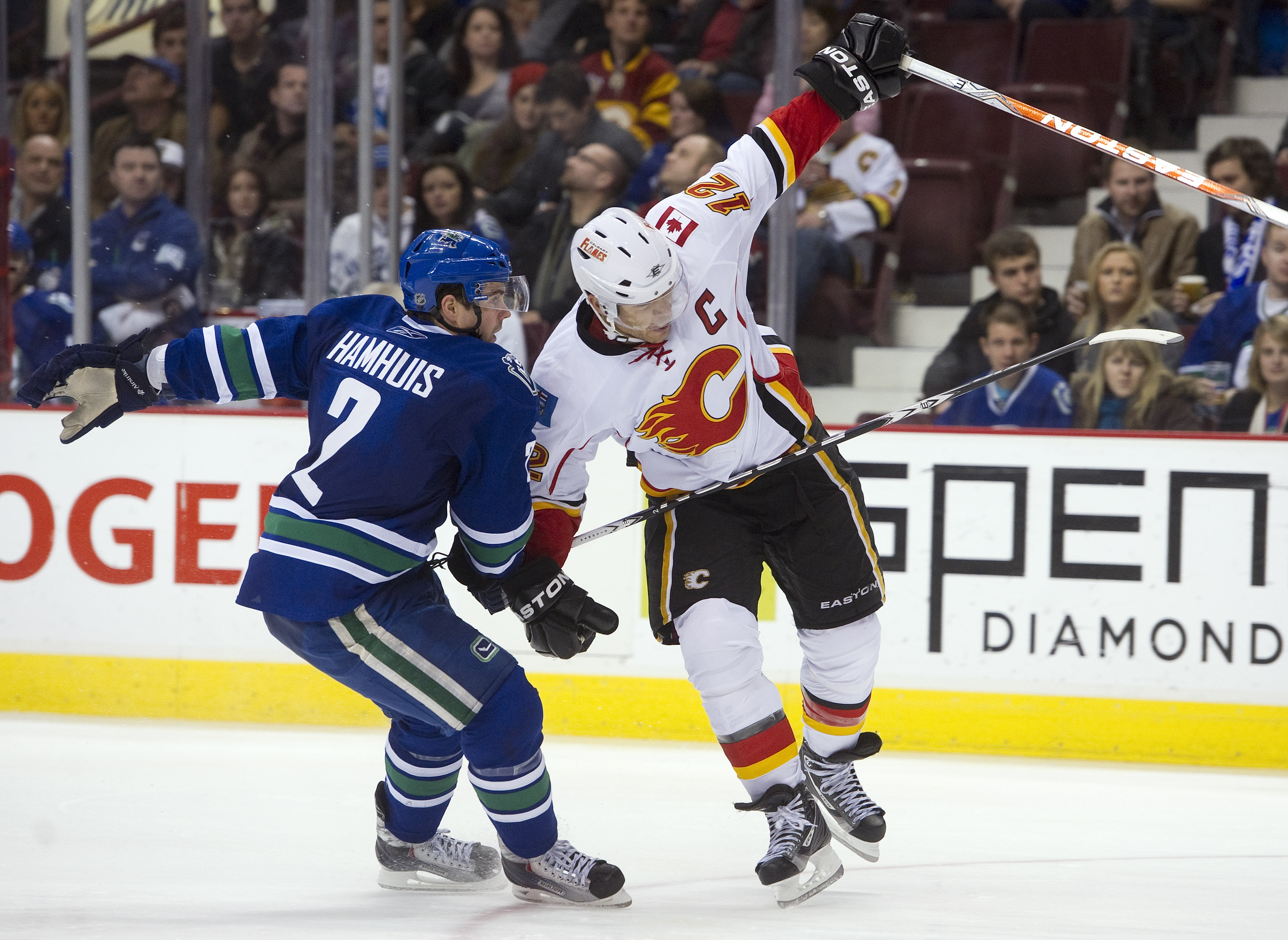 The All-Star Break is only a day or two away, and while the focus now will turn briefly to mock fantasy drafts and Clay Aiken singing the National Anthem at the All-Star Game, the trade rumors won't take a backseat.

In fact, after a slow couple of days, the hockey hot stove has heated up again with more rumors including some big players. Everything has pointed to a quieter trade deadline (at least according to some writers), but it hasn't stopped the rumor mill. Obviously some come from more trusted sources than others, but it's still interesting to think about.

So here's some of the latest trade buzz. 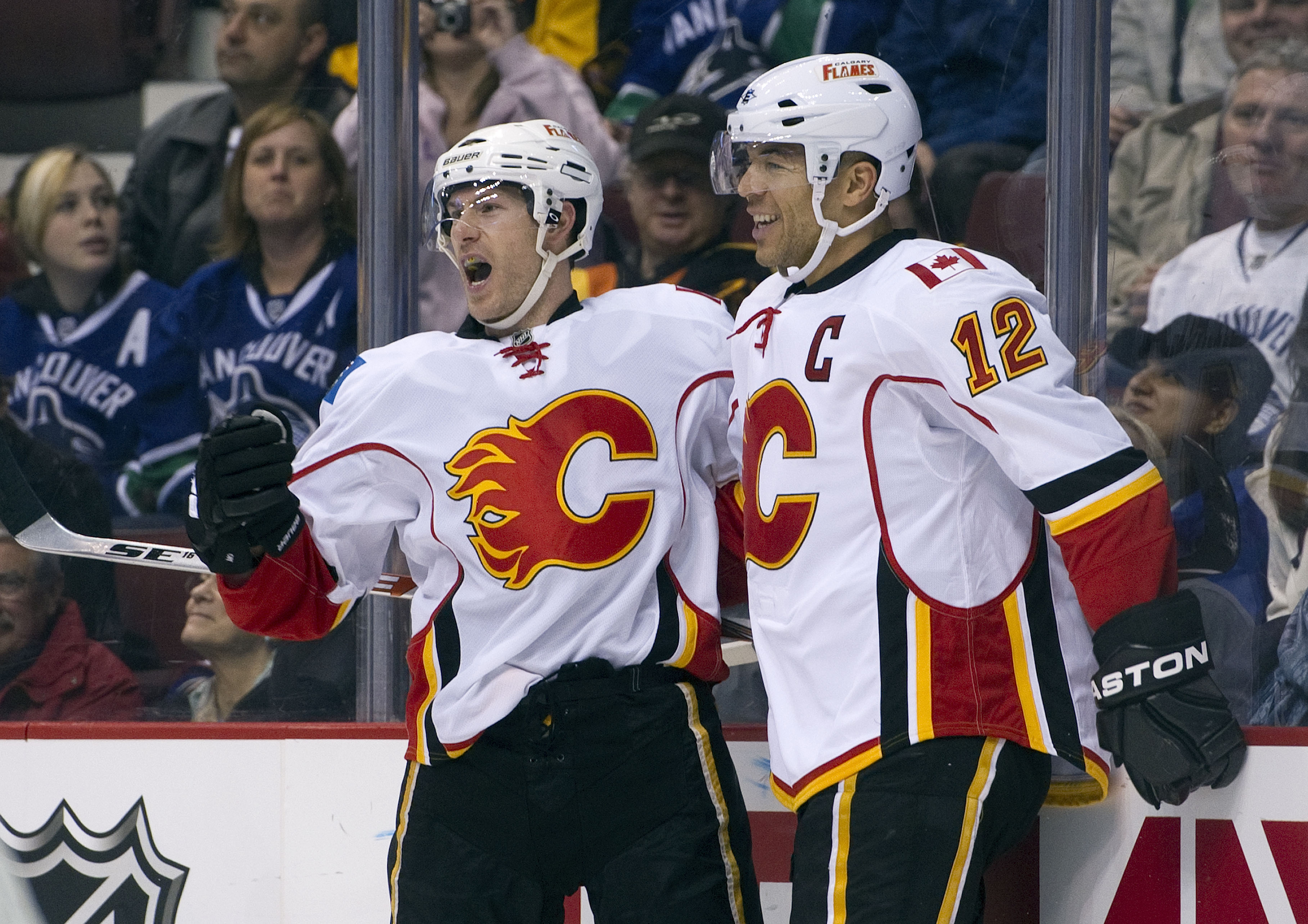 The Iginla trade front had been very quiet for a while until a rumor sparked about Iginla possibly heading to the New York Rangers. It apparently gained enough steam that Bob McKenzie of TSN and David Pagnatta of the Fourth Period had to debunk it on Twitter. Iginla could very well be moved and these rumors could be evidence that Calgary is listening, but the Rangers make no sense for Iginla, Calgary or New York. 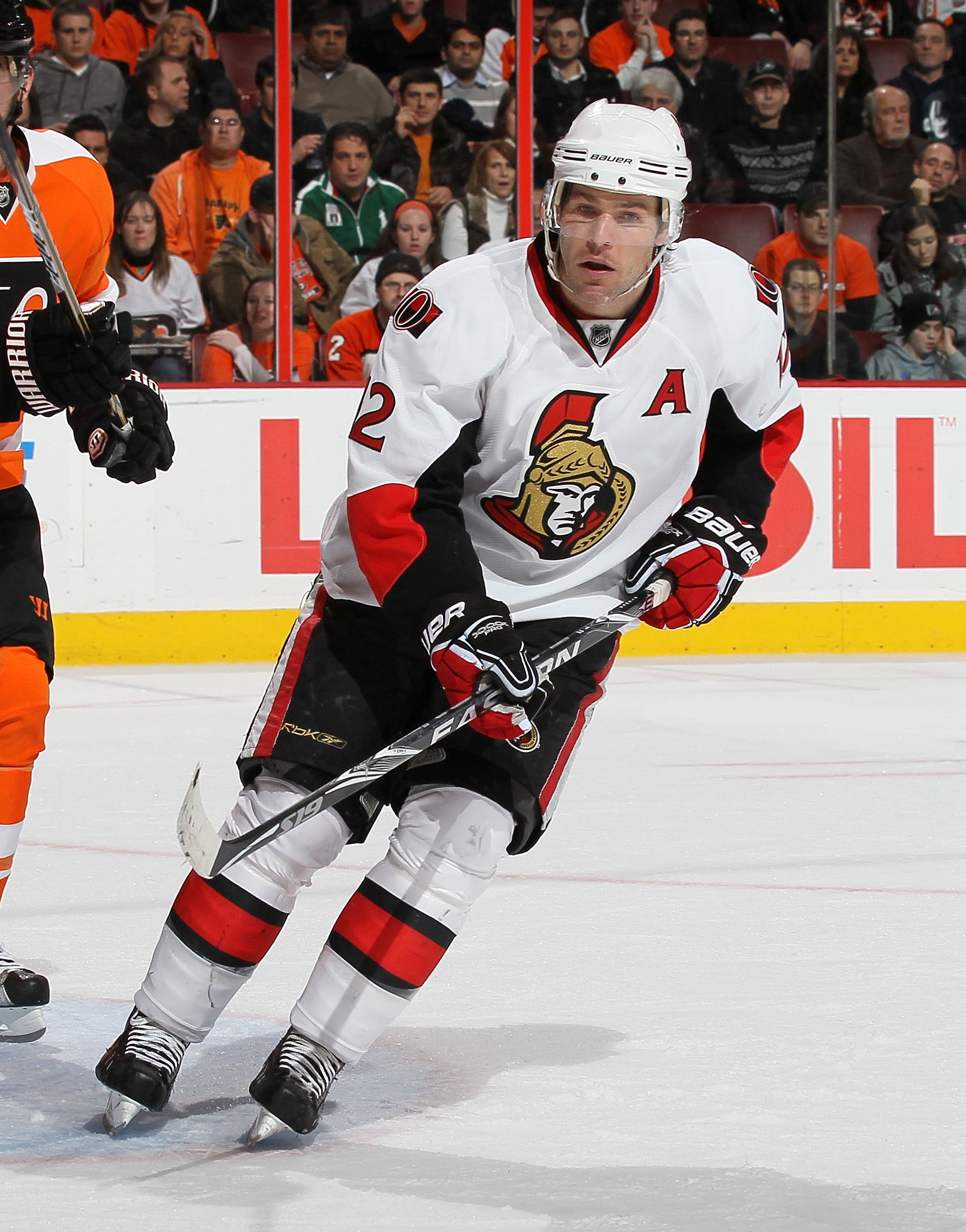 Mr. Carrie Underwood continues to be one of the prime candidates to be traded from Ottawa, should this long-rumored fire sale actually does happen. TSN's Brent Wallace tweeted Fisher has a limited no-trade clause and that there's a list of teams he would veto a trade to, but no such list has been submitted. Fisher would be a pricey acquisition, but could be a very useful player on the right team. 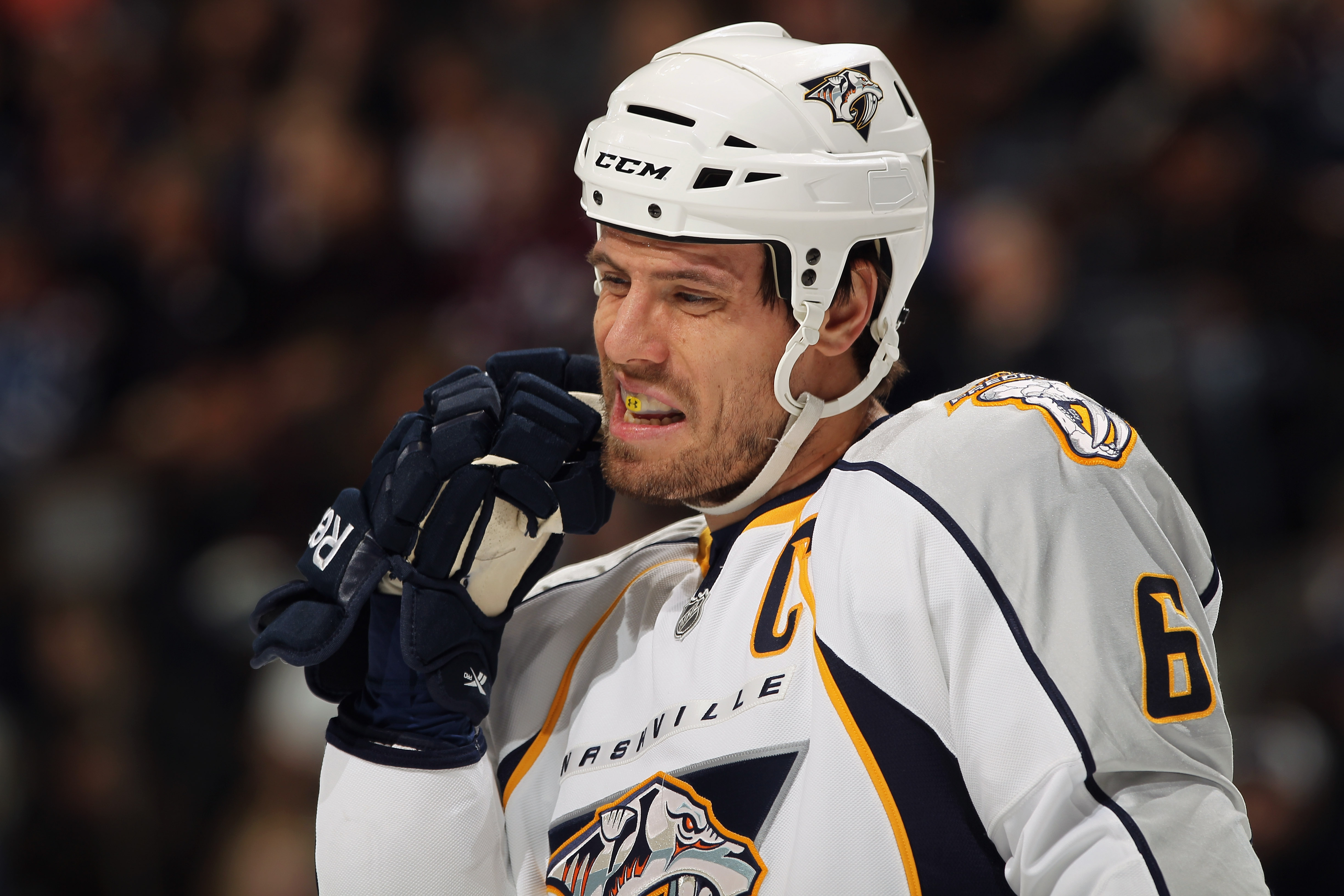 I mentioned last week that there was a rumor floating out on the interwebs that Weber could be moved because of his contract status. A report in The Province out of Vancouver gave a bit more credence to the rumor, as Ed Willes wrote the Predators could have a scenario where Weber could want a change of scenery. Nothing's happened yet and it's all hearsay, but it's something to keep an eye on. 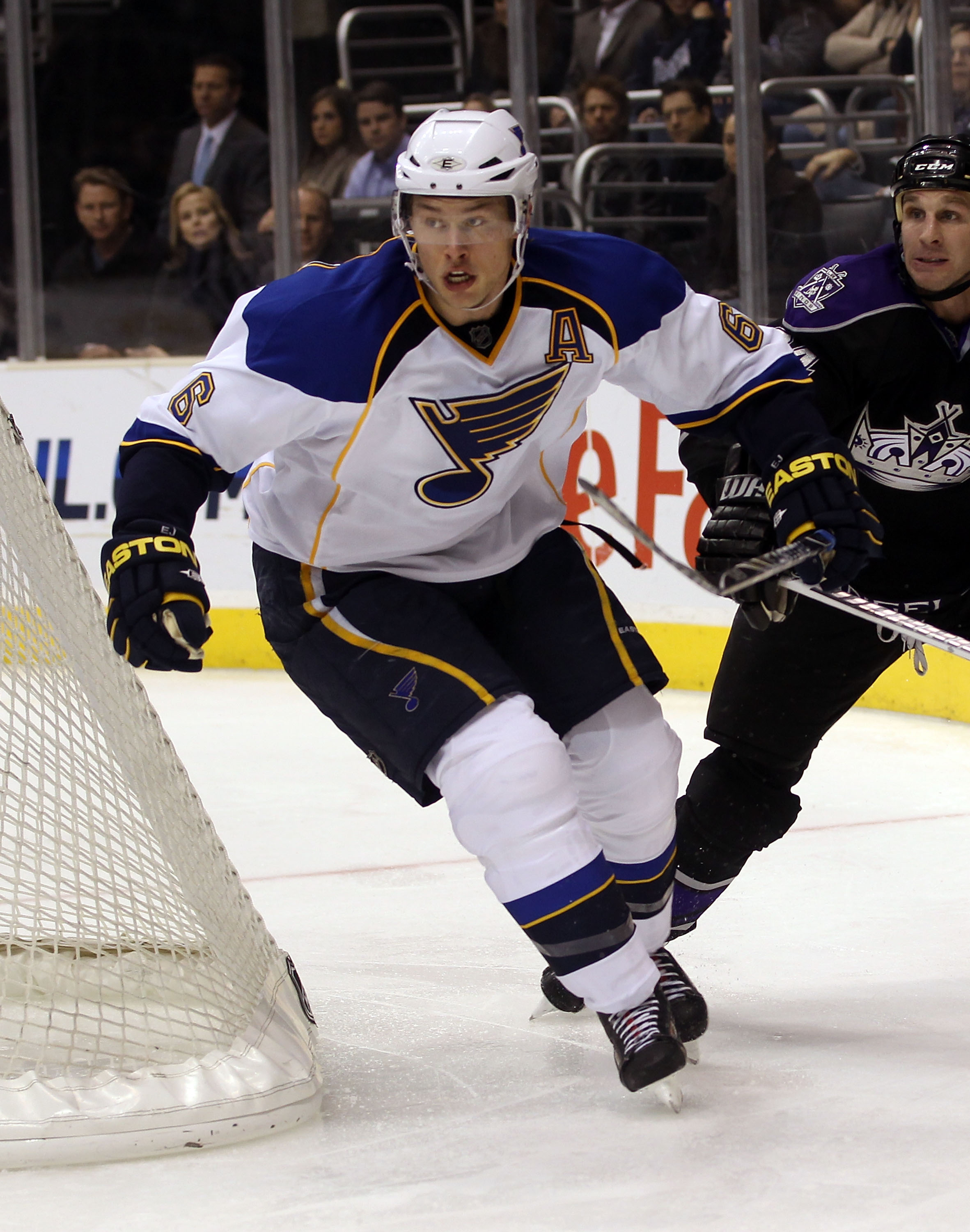 Supposedly there were rumors the Blues could be shopping Johnson (likely for offensive help), but it was quickly shot down by Andy Strickland both on Twitter and his website. Johnson might be one of the better young offensive defensemen in the game and if the Blues were even thinking about trading him, it'd have to be for a pretty good player in return, which leads me to believe Strickland. 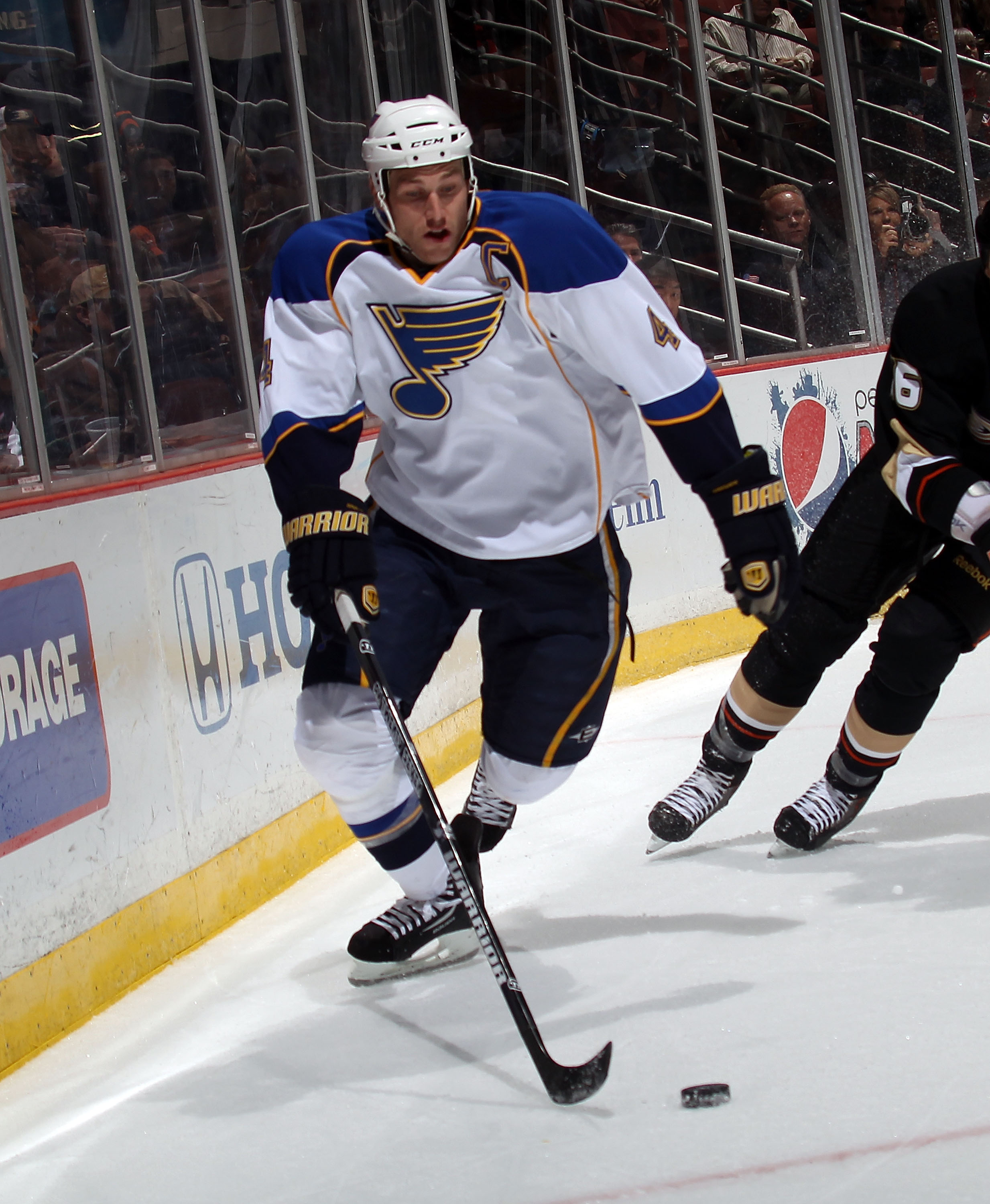 Brewer is a more interesting case, considering he's an unrestricted free agent at the end of the season. Strickland reported the Blues and Brewer haven't talked about an extension, and he hinted Brewer could be moved if the Blues fall out of the playoff race by trade deadline day on February 18. Brewer could bring the Blues a nice package back and would bring another team a good offensive and defensive presence, so he has value. 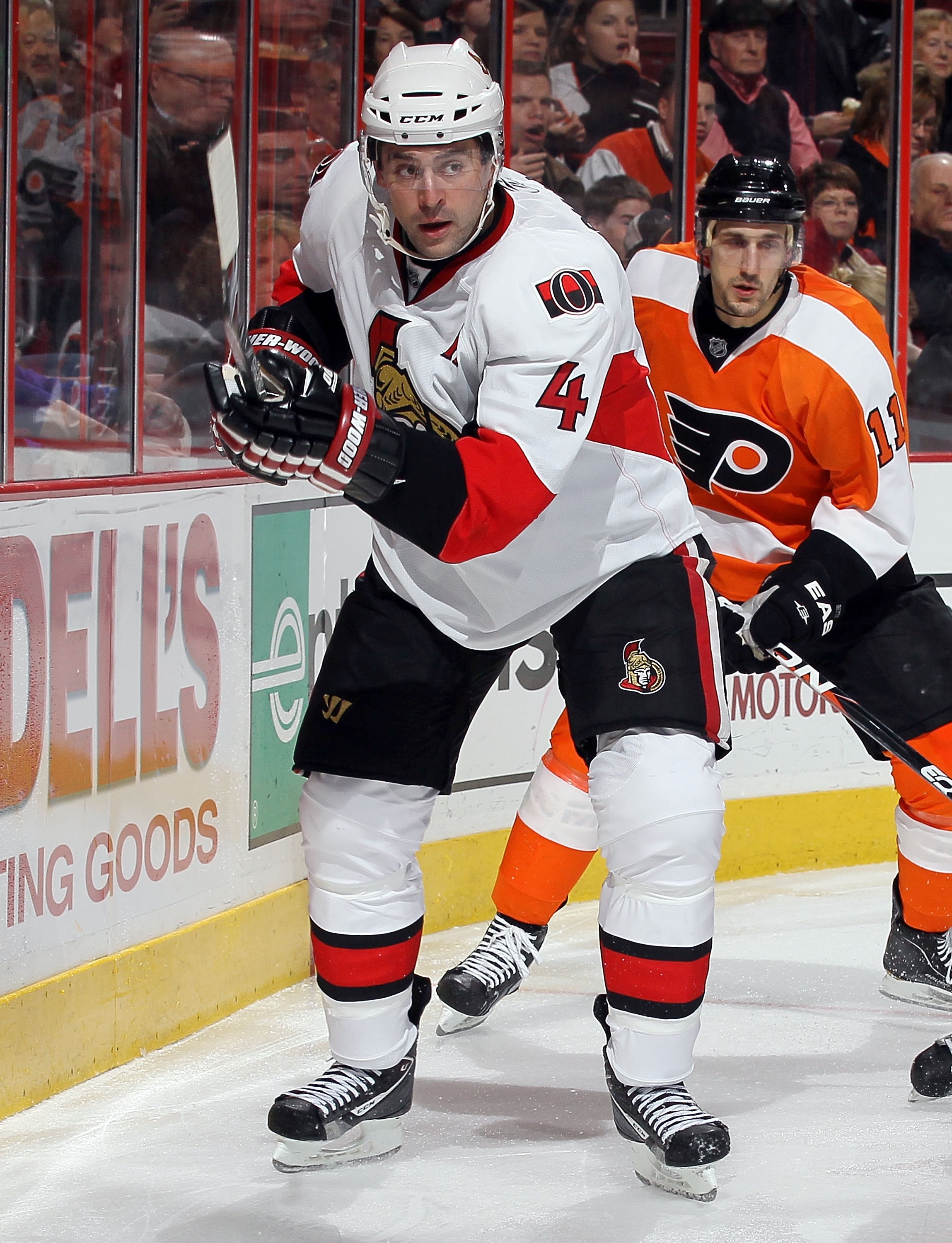 And now it's time for the daily Chris Phillips update. He's still a prime candidate to be traded, even though he'd like to stay in Ottawa. San Jose would still probably be interested in him, although Bruce Garrioch of the Ottawa Sun suggested he might be a good fit beside former Ottawa teammate Zdeno Chara in Boston. I'm less inclined to believe Phillips to Boston because of the Bruins' salary cap issues, but it's still an option. 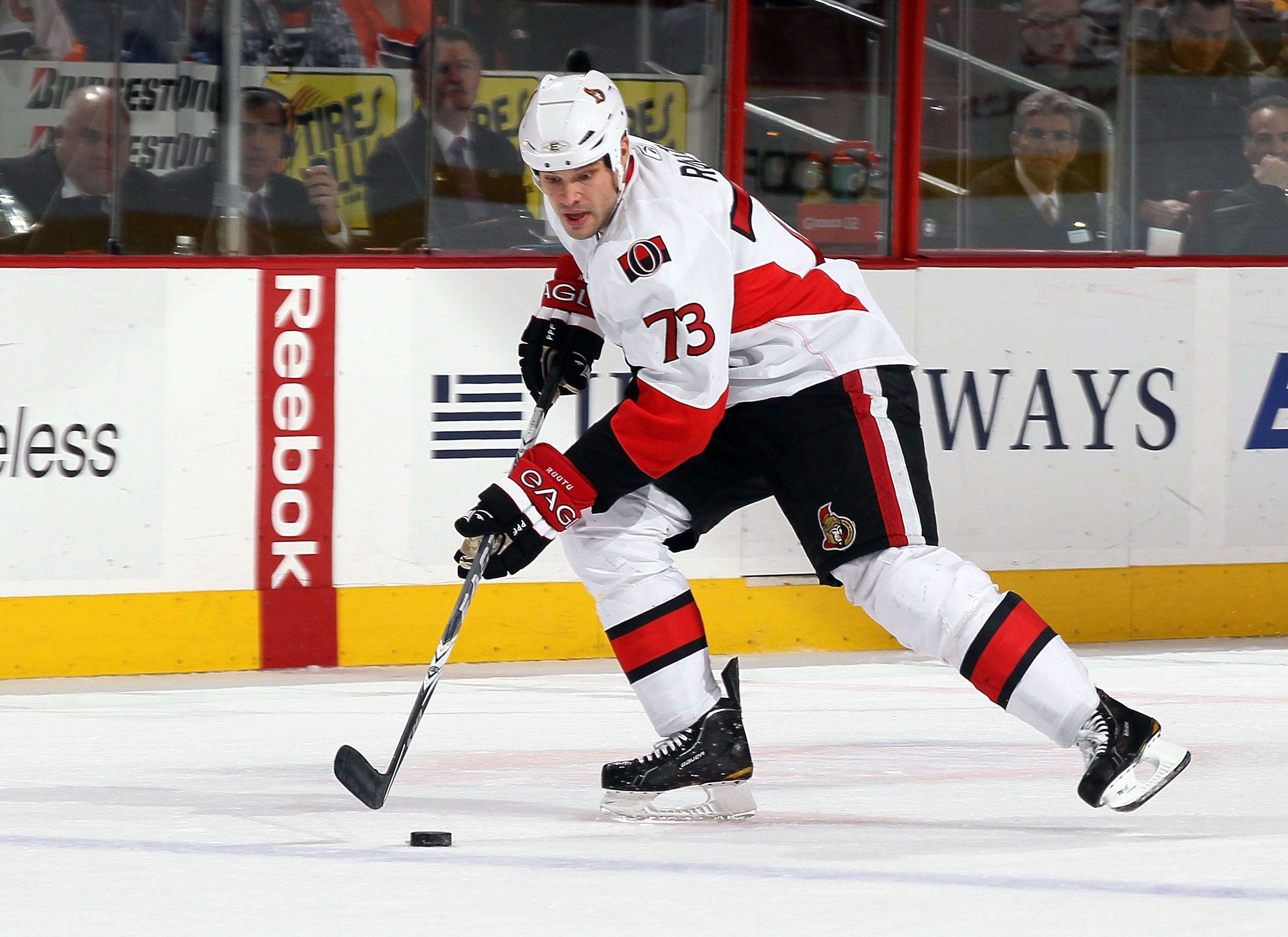 Garrioch also wrote Ruutu is pretty much done as a Senator and will be moved. I would think that would be the case, considering he'll be easy to move financially plus a bunch of teams would like to add that instigator/pest/defensive specialist role Ruutu fills. 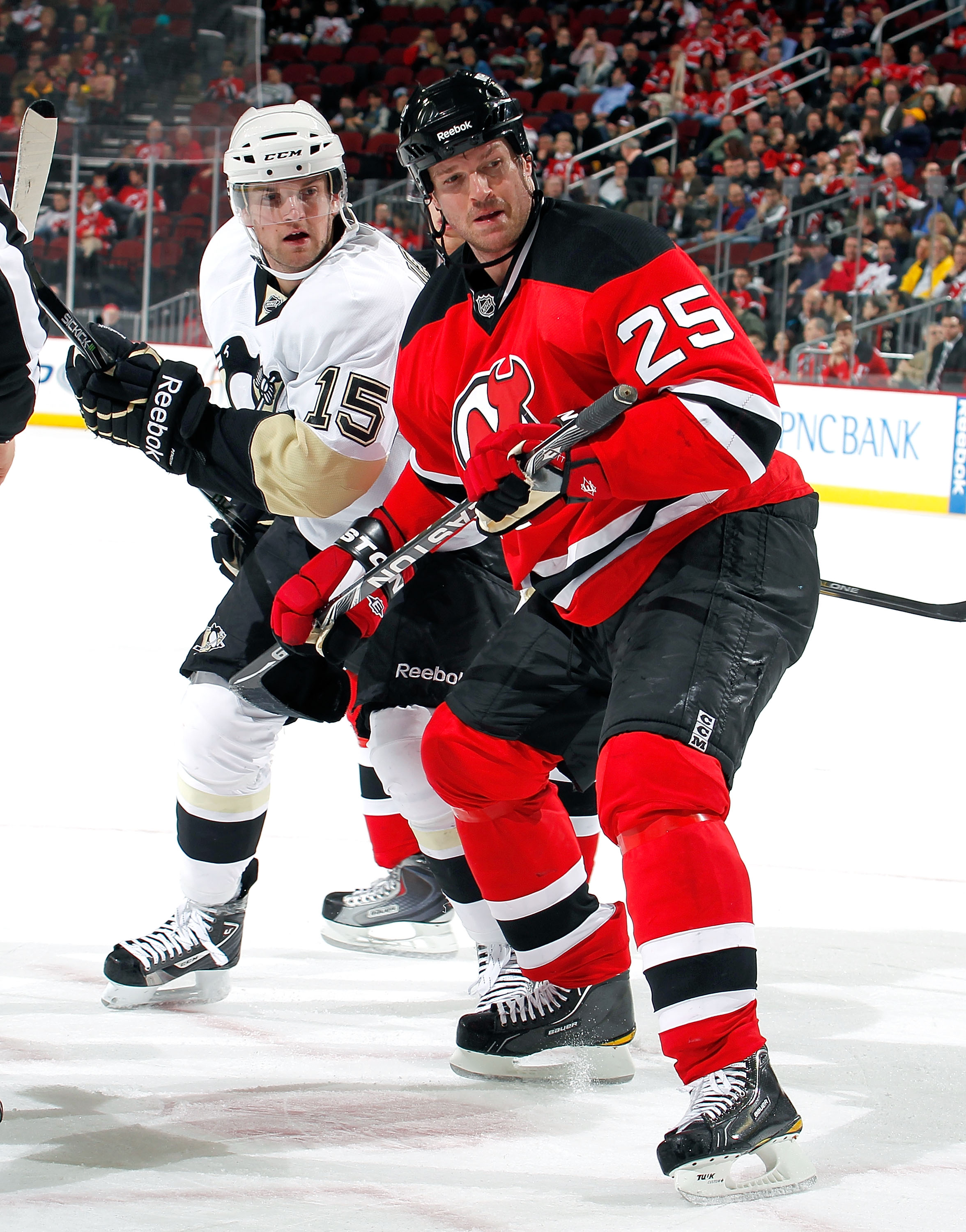 It seemed like a foregone conclusion that Arnott would be traded weeks ago, but according to the New York Post, the Devils' recent hot streak might mean the Devils could hold on to Arnott, perhaps to even make a playoff run. The report specifically named Washington, Nashville and Montreal as teams who could be interested, and in the case of the Canadiens, rumored to be interested. 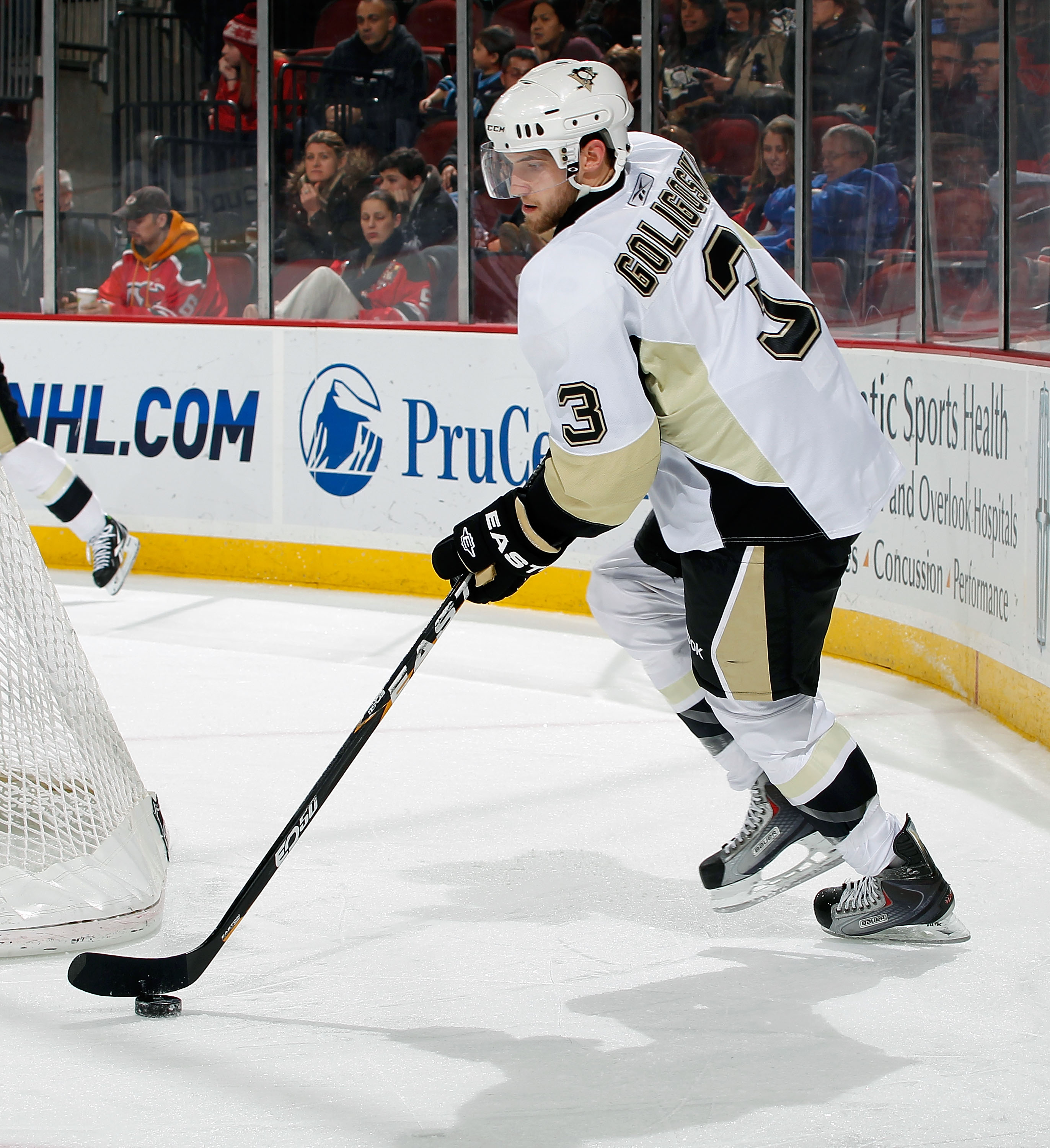 A few weeks ago, CBC's Elliotte Friedman wrote on his blog that Alex Goligoski could be available from the Penguins. In his latest blog, Friedman reports that one team has inquired about the puck-moving defenseman, but were told the Penguins have no interest in moving him. Goligoski has a lot of potential, but perhaps he may need to be considered as a young piece to move if the Pens need forward help. 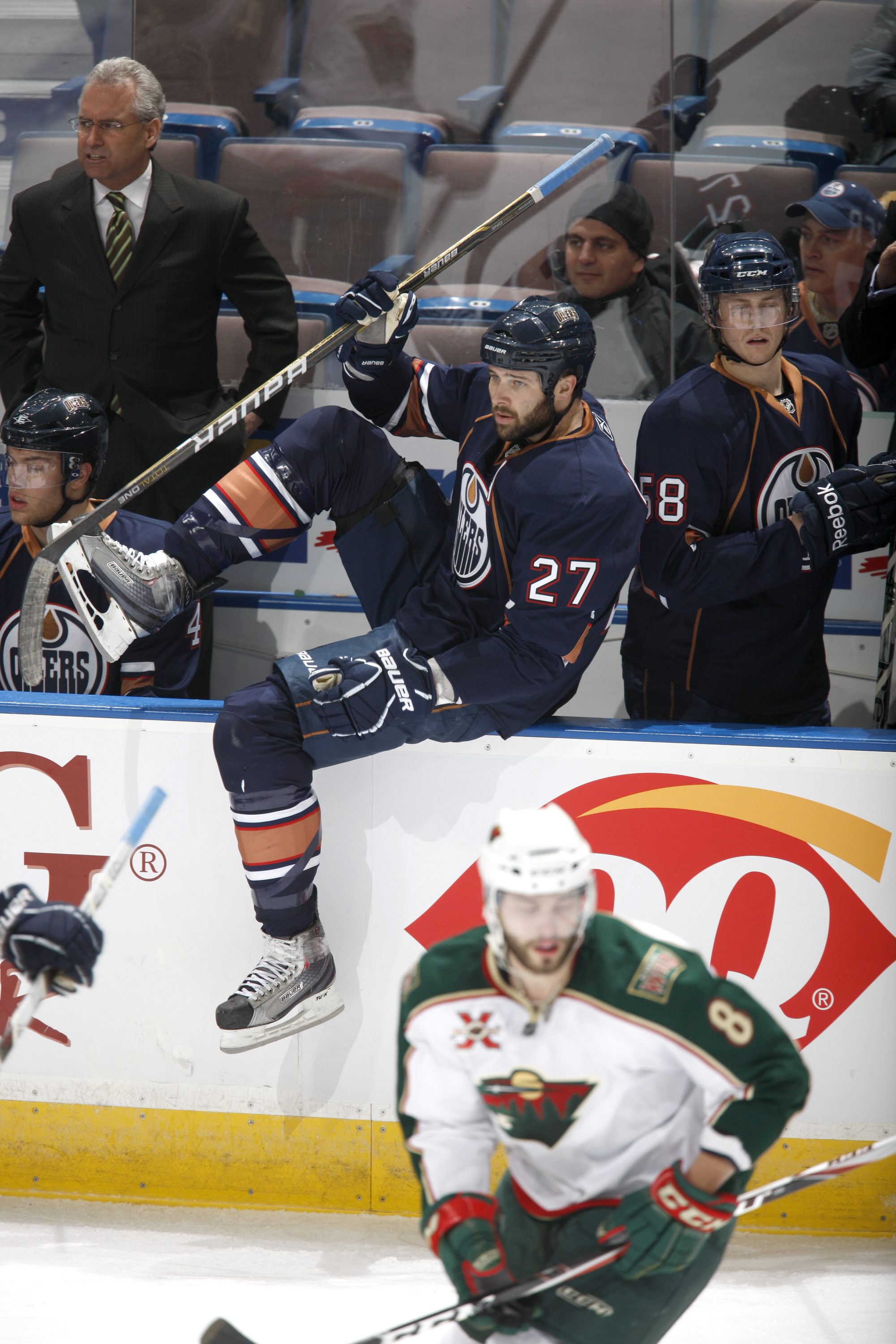 Another nugget from Friedman's blog is not really news. He wrote Penner and concussed winger Ales Hemsky could be available from Edmonton. He did add a little bit of insight by adding the Oilers are looking for centers and defensemen in return, which could hamper a deal. Of course, Penner and Hemsky's collective cap hits and their inconsistent careers might be more of a deterrent than the Oilers' demands.