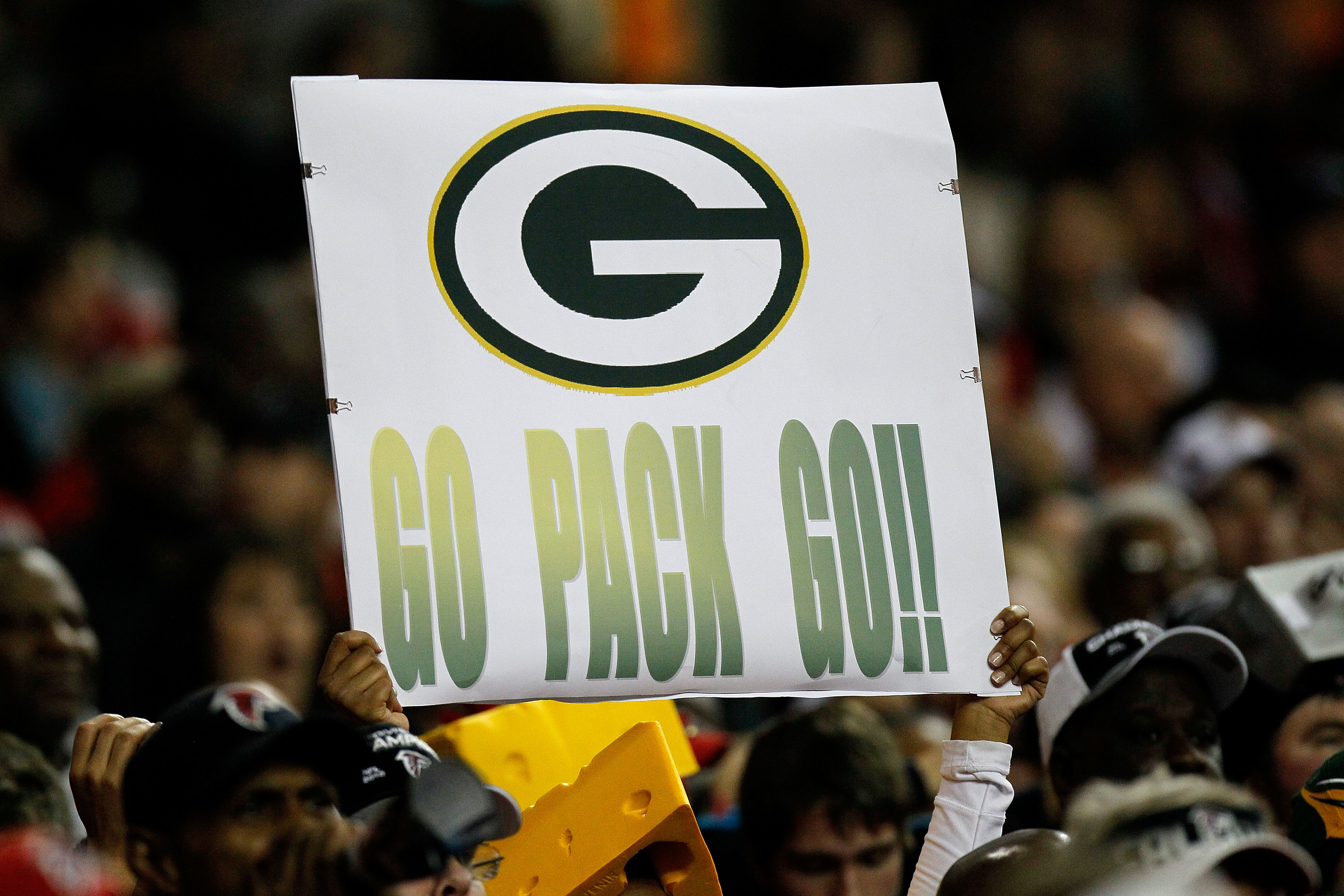 In this slide presentation, I am going to illustrate how the Green Bay Packers will win Sunday against the Chicago Bears. I am not backing up my opinions with any statistics.  Each team's fanbase can bring out statistics to prove their own points.  And again, this is one Green Bay Packer fan's opinion, even if I can look at things objectively.

No matter what you may think the outcome will be, it will be a very good game. 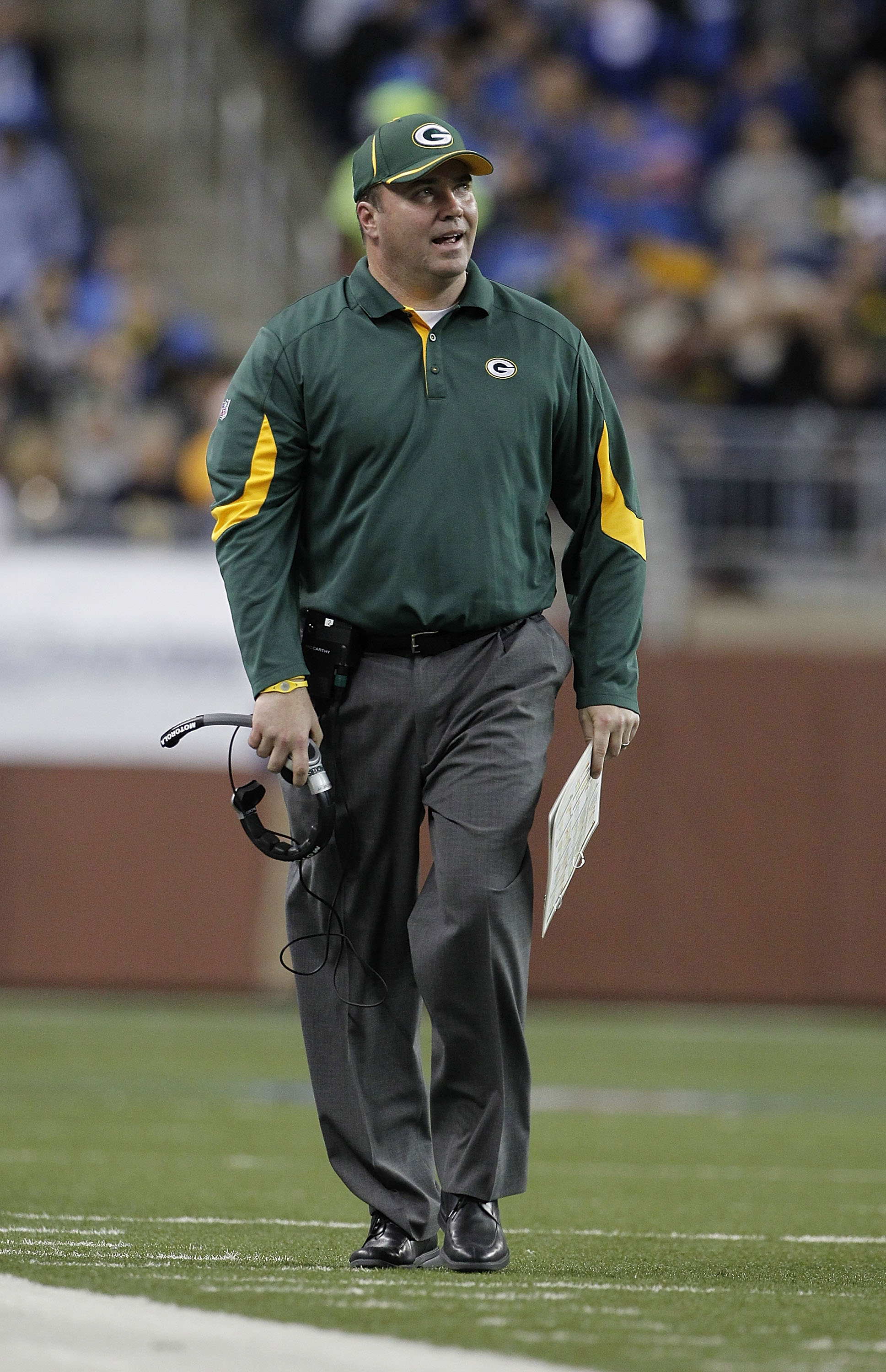 The coaching edge I am going to slightly give to Mike McCarthy of Green Bay. Players have bought into his coaching, and he has adjusted to them as well.

The Bears are still working things out between Lovie Smith and Mike Martz. The defense of the Bears and Devin Hester hold the team together even while Lovie, Mike and quarterback Jay Cutler figure things out and get on the right page, much less the right book.

Neither coach is going to vastly out-coach each other. McCarthy has been making some improvements in adjusting and learning when to challenge calls on the field. That doesn't mean Lovie hasn't improved, just not at the same pace as McCarthy. 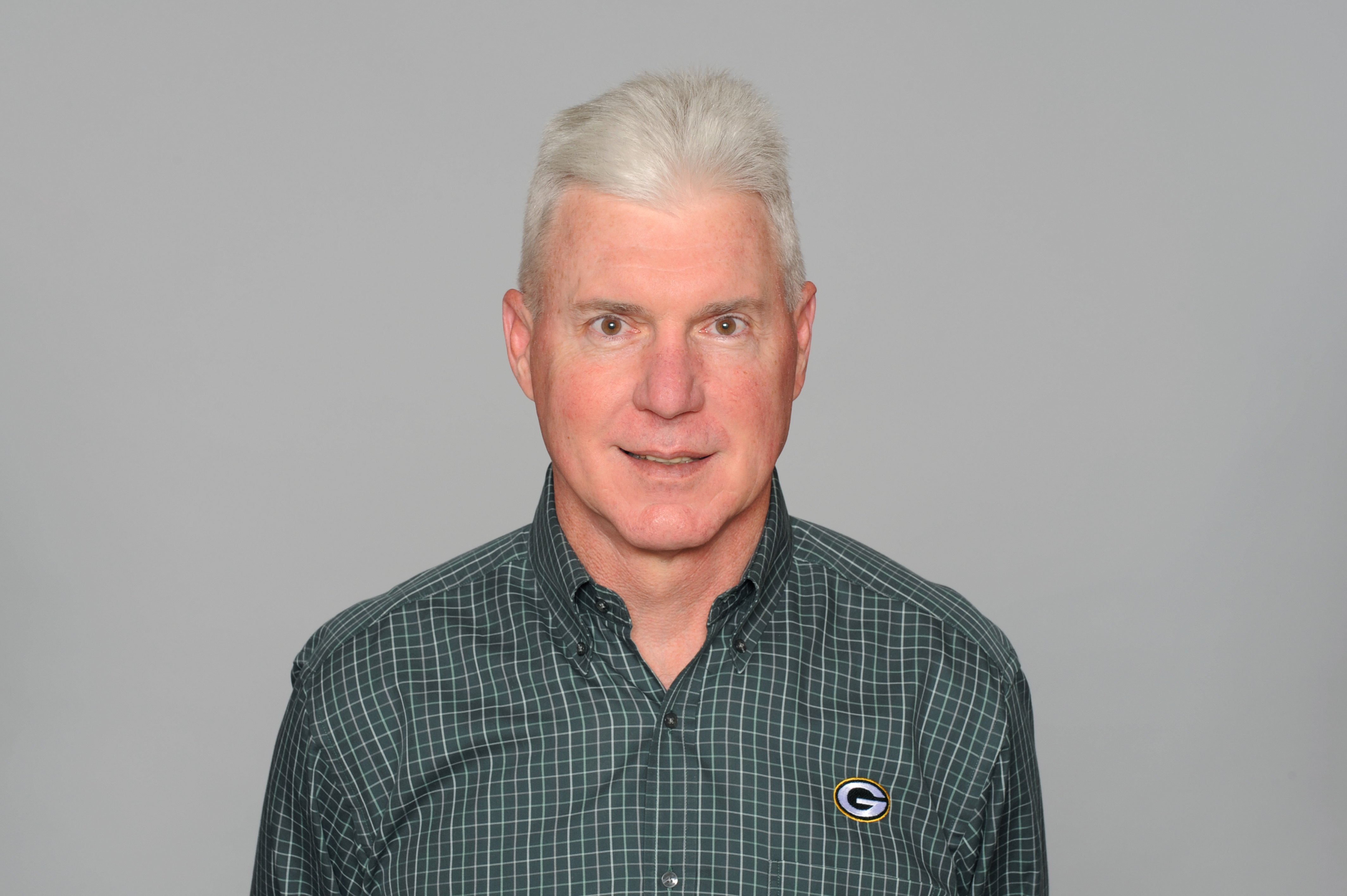 Not much to say in this category, since it is too late to make adjustments to the team.  The coaches have to coach the players they have.

But the obvious edge goes to Chicago in this category. Green Bay's GM, Ted Thompson, is ignorant and too stubborn to make any adjustments.  The Packers lack of a running game throughout the season was due to Thompson's build through a draft only approach to a team.  Now that the Packers have a legitimate chance of making the Super Bowl, Thompson will see that as proof a football team doesn't need a running game.

As for the Bears, can't find too much fault when you have Devin Hester, Matt Forte and Johnny Knox. I'll knock him for sub-standard quarterback play, but it has been a long time since Chicago had a premier quarterback as compared to Green Bay. 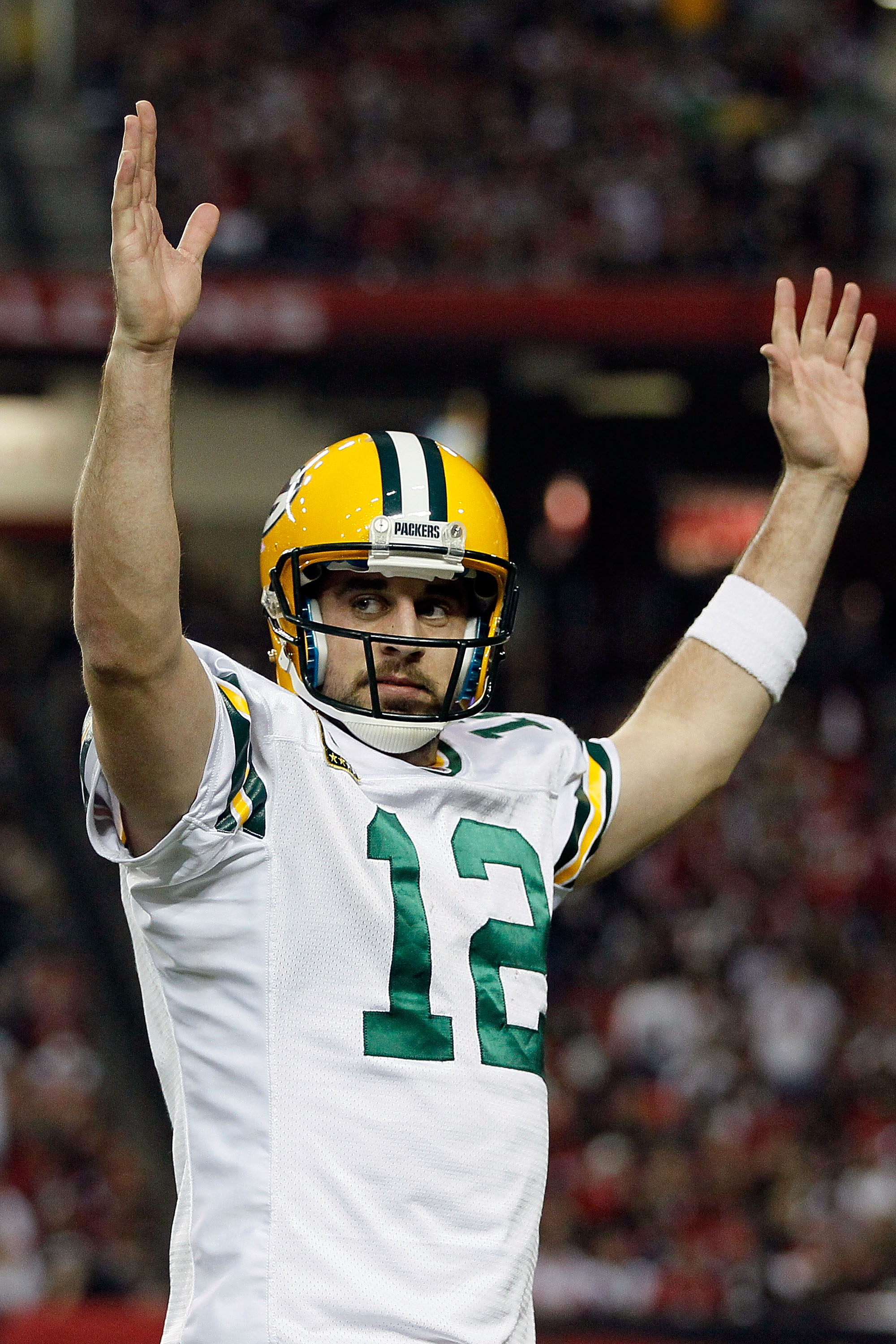 (Again only my personal opinion)

There is no comparison between quarterbacks on these teams. Cutler is a servicable quarterback.  He can't read defenses very well.  He gambles too much (to the negative), which may be a combination of not reading the defenses and not adjusting well.  He comes across as too confident in his downfield throws.  The pouting doesn't exude much confidence.  He appears to be still getting a grasp on the offensive scheme or system the Bears want to run.

Rodgers has been improving each year.  He has great long ball accuracy. He is very mobile out of the pocket.  He is learning to slide and make proper adjustments.  He can read the defenses very well.  And he is given more freedom with the offense and how he runs it. 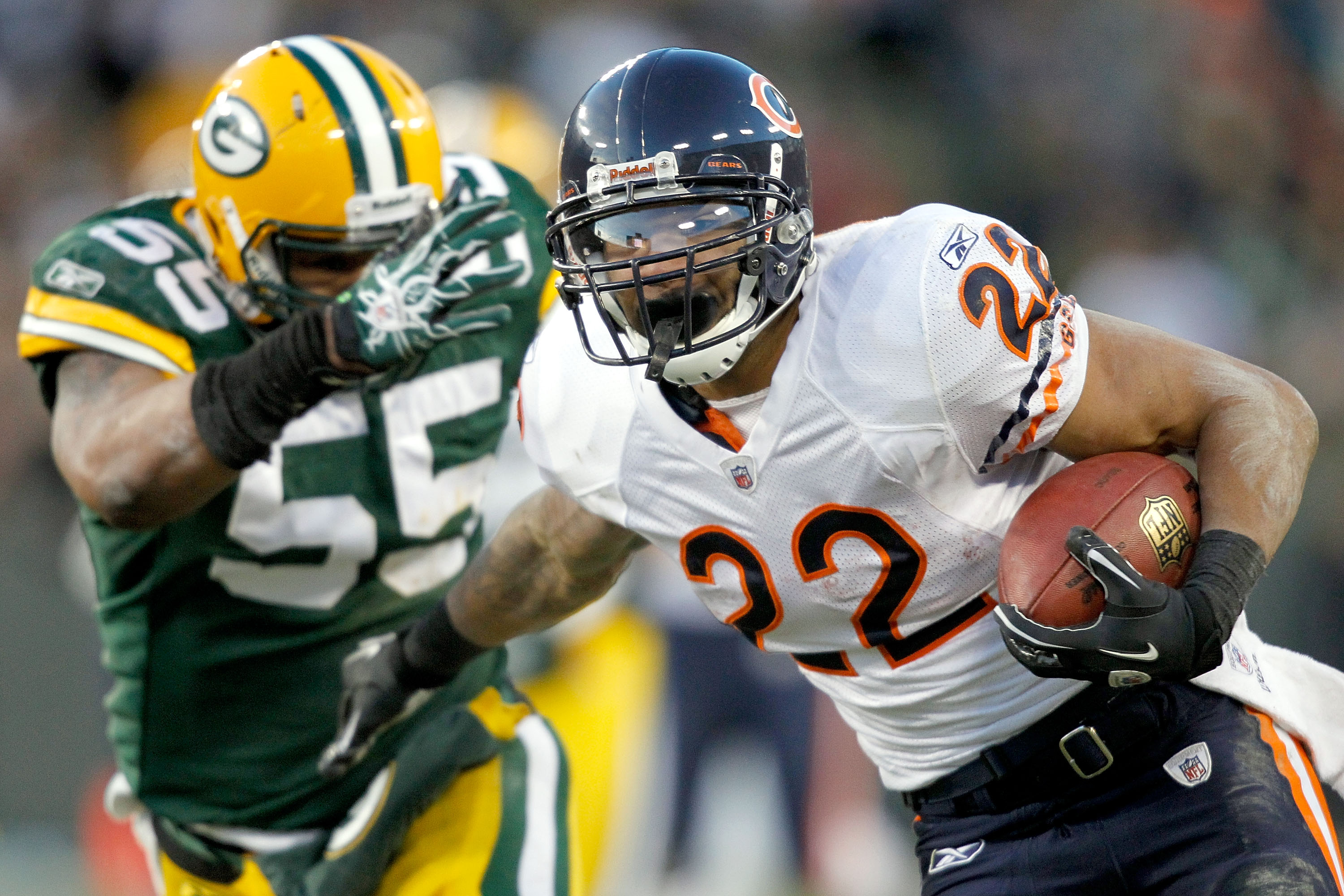 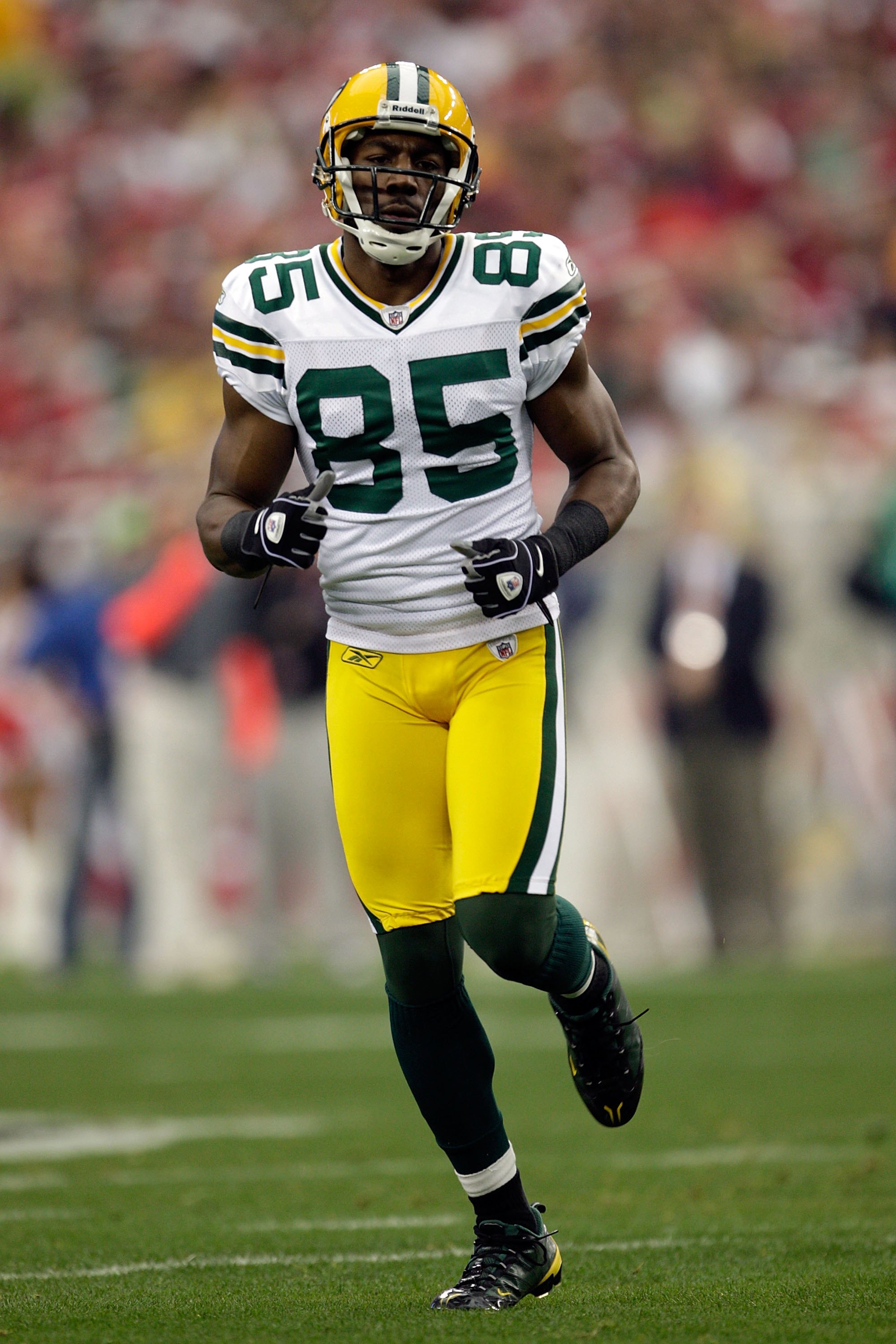 I am going to give the edge to Green Bay with wide receivers.  The combination of Greg Jennings, Donald Driver, Jordy Nelson and James Jones (as long as he has a game like he had in Atlanta) perform better as a unit than Chicago. The routes are run better. The Packers receivers do a great job with yards after the catch (YAC).

Part of Cutler's downfall is not being on the same page as the receivers as often as Rodgers is with his.  That is not entirely Cutler's fault; it is the routes being run that cause some of that.  The Bears can use their receiving corps to its fullest, and Johnny Knox has an extreme upside to his game. 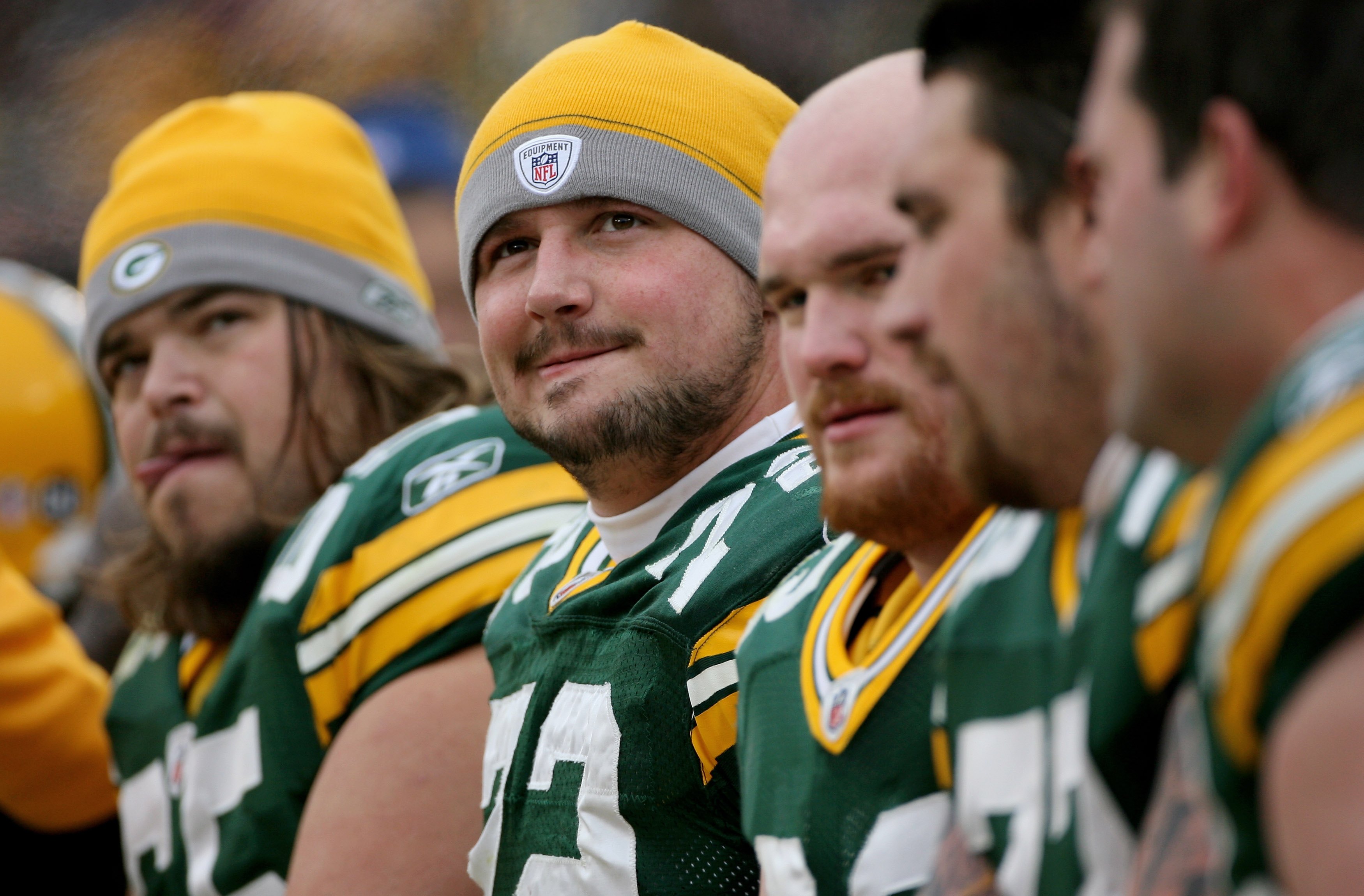 The offensive lines are probably equal.  Cutler gets sacked a lot, but Rodgers is forced out of the pocket just as much. The Packers do have a rookie in Brian Bulaga who will make it difficult; however, he has been making improvements in his game. 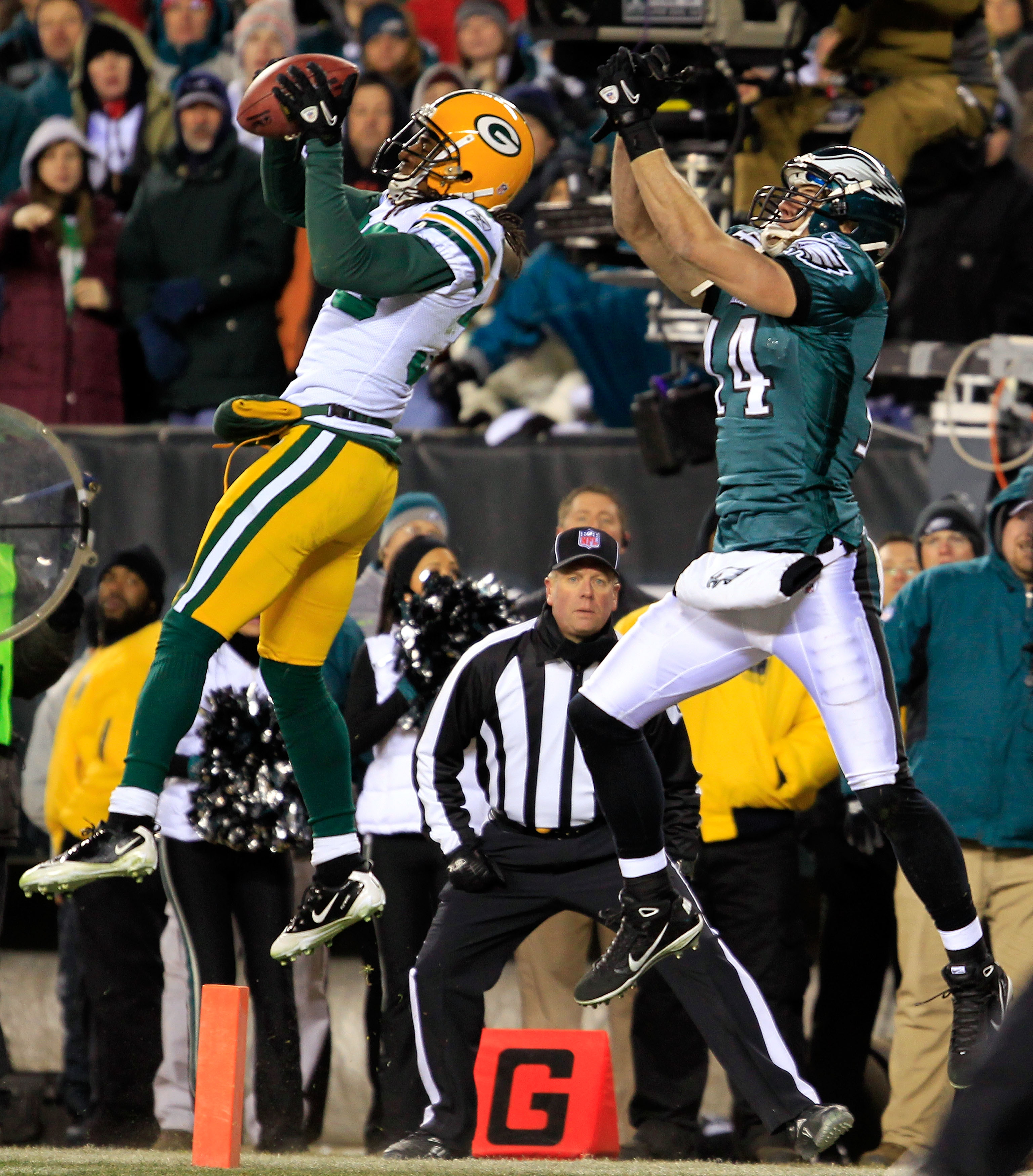 In the defensive area of the game, I am giving only a slight edge to the Packers.  Clay Matthews and Tramon Williams could easily share Defensive Player of the Year award.  The Packers victory against Atlanta was ensured by Williams' two interceptions before halftime.  He sealed the victory against Philadelphia. He is a great cover corner. There is little decline in the game of Charles Woodson and all the blitzing he loves to do. The defensive unit has been playing much better at the end of this season than what they started.

The Bears ARE defense. The Packers aren't going to have an easy time running or passing the ball due in large part to the Bears' defense. They are always around the ball and crowding the running lanes. Brian Urlacher is still a force to be reckoned with, as is Julius Peppers. 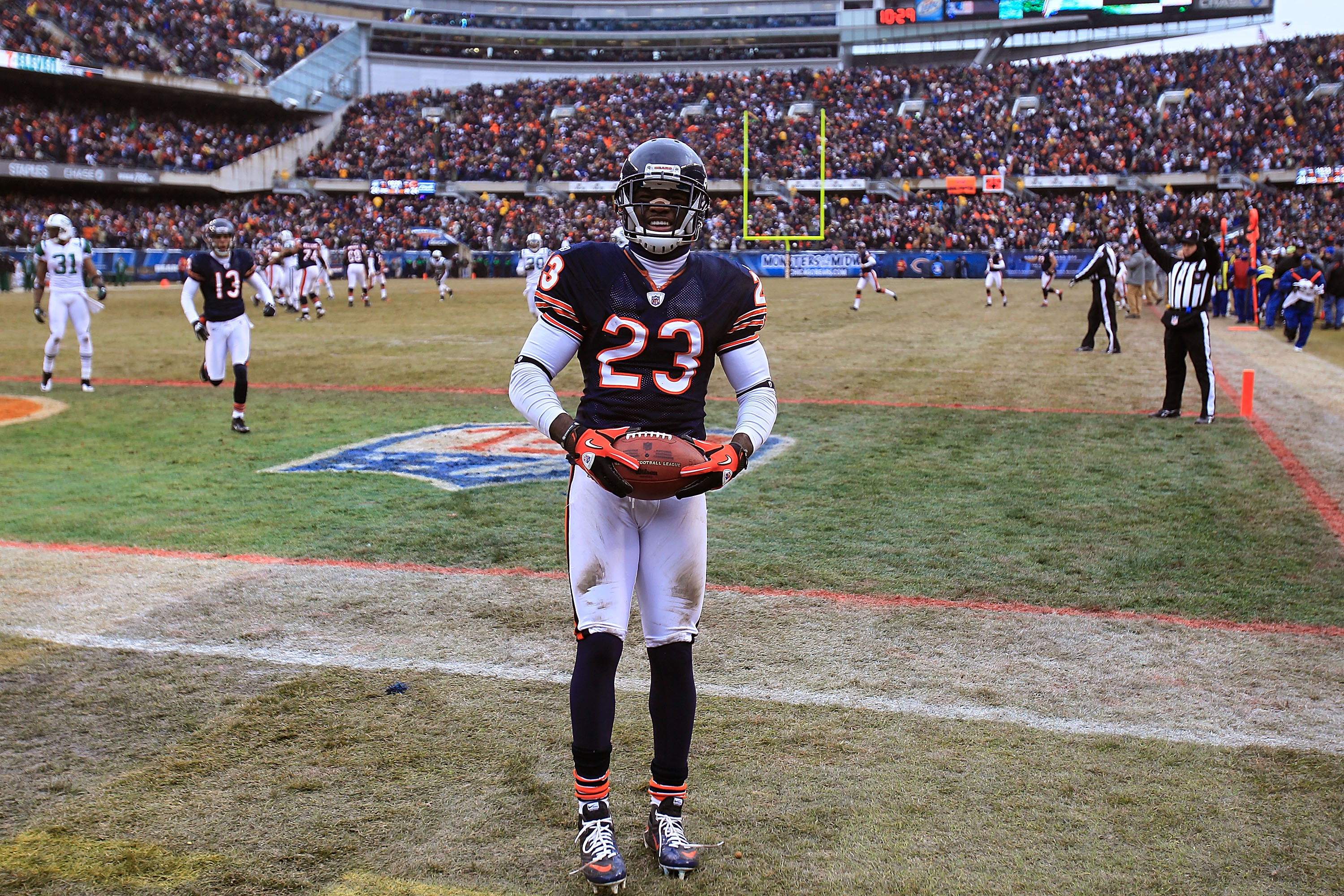 I could sum this section up in just a name, which indicates who has the edge:  Devin Hester of the Bears.  It IS that obvious. Chicago greatly outperforms Green Bay in this category.  Every team has a weakness, and this is Green Bay's obvious glaring one.

The game might come down to special teams play. One run back by Hester swings total momentum to the Bears. If there is a game where the Packers have to outperform themselves, it is this one on special teams. 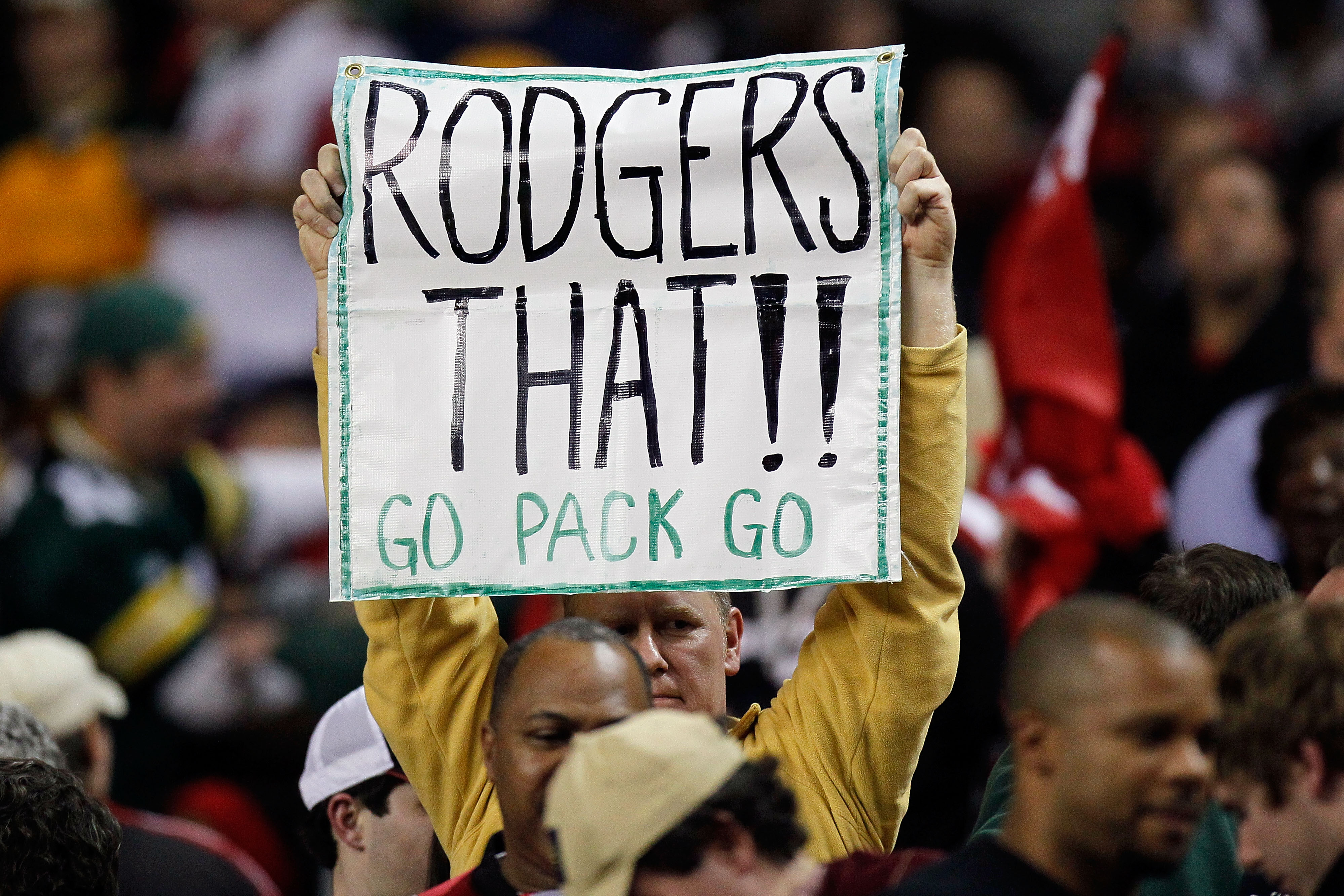 Can a sixth-seeded team be better than a two-seeded team?  Yes. In this situation, the Packers are the better team than the Bears.   But there is a saying "on any given Sunday", and there is a reason games are played.  Any team can beat any other team on any Sunday.

Jay Cutler is going to throw a couple interception possibilities in a game. It is up to the Packers not to commit penalties to void those out. And when he does throw them, the Packers have to catch them.   That doesn't mean Rodgers has performed well throughout the year and now will make the big mistake.  The chances are more on the side of Cutler making the mistakes. 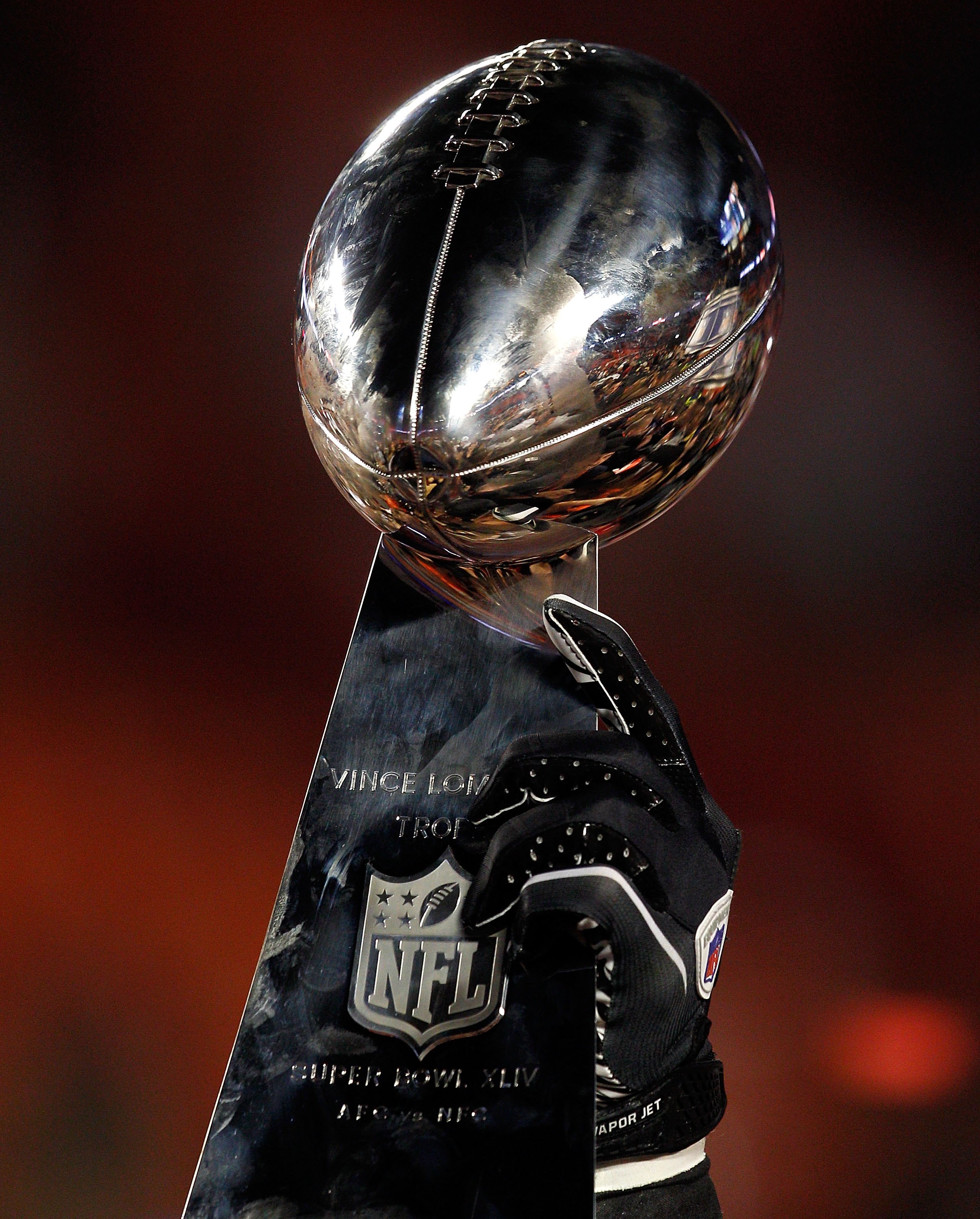 This game is not going to be high scoring.  Weather and field conditions will play into that partly.   The saying goes that defense wins championships, and that is true.  These teams will play grind it out, defensive football. It just will come down to which team limits their mistakes and makes good on the other team's mistakes. Home field advantage doesn't really play into it.

I will give a game score prediction of Green Bay 17, Chicago 13.

This will be a very good game to watch and witness. At some point, luck or the bounce of the ball will go to the team that has played well enough to deserve those things. That goes to the Packers. The Bears have benefited from those bounces all season long.