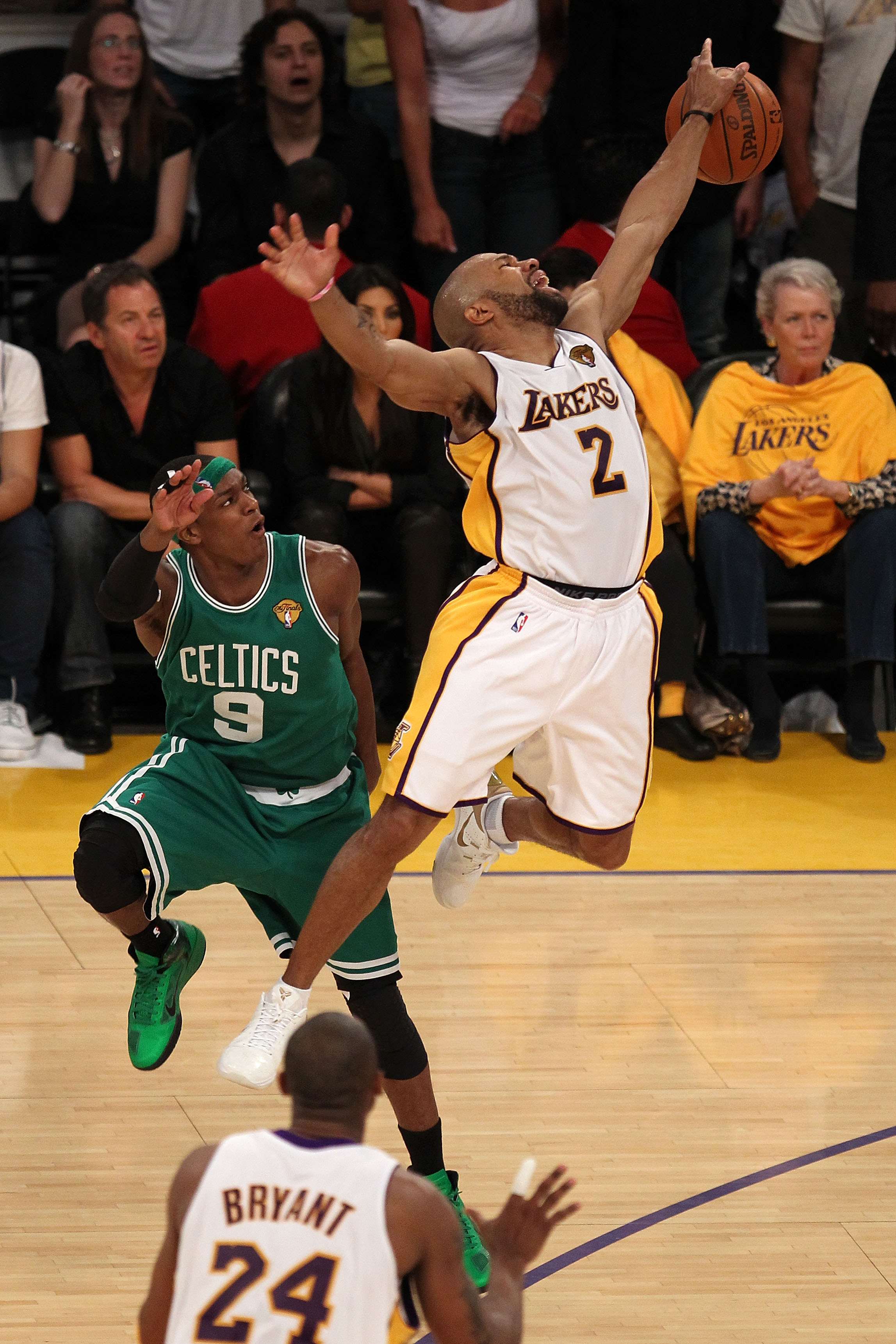 Perhaps the most unfortunate development in basketball over the last 10 years has been the rise in flopping. While the 80's and 90's had notable floppers like Bill Laimbeer, John Stockton, Vlade Divac and Reggie Miller, flopping has never been more prevalent in the NBA than in today's game.

Some attribute the increase to the influx of European players, players that learned how to dive in soccer as young boys. While a fairly high percentage of the league's most notorious floppers may be European, that is only one reason why flopping has become so ubiquitous.

Another reason why flopping has become more accepted in today's game has to do with the new rules in place today. In the past, if a player habitually flopped, the toughest player on the team would foul him hard to let him know that those shenanigans would not be allowed.

However, with the new strict enforcement of flagrant foul rules and the stiff fines and suspensions that often accompany flagrant fouls, players are more reluctant to punish floppers for what they perceive as someone slighting them.

Finally, the fact is that today, referees are more likely to call a flop. With hand-checking rules in place, players can flop while driving to the basket and referees will be forced to call a foul. While the removal of hand-checking from the NBA has been a positive development that has boosted excitement and offensive potential, that is one unfortunate consequence of the rule change.

Whatever the motivations may be, the players are the ones who are flopping, not the league that may have incidentally encouraged such action.

Here are the five most notorious floppers in the NBA at their respective positions.

Perhaps it is to compensate for his inability to keep other guards in check because of his lack of quickness or maybe it's simply to get a few extra free throws, but Derek Fisher has established himself as the benchmark for athletically challenged guards in the flopping arena.

Using his patented move of kicking out his legs on jump shots, Fisher makes referees see fouls where there are clearly none. While he is nowhere near the shooter that Reggie Miller is, his skills at creating fouls in mid-air are very similar to the legendary shooter.

The other and perhaps more egregious manner of flopping that Fisher employs is his ability to hit the floor when he is chasing quicker guards around screens. Clearly unable to keep up with the younger, quicker guards in the league, Fisher will often fall down with his arms flailing to keep his mark from getting an open opportunity.

Off the court, Fisher is a class act and one of the true leaders in the NBA. On the court, he is so desperate for any advantage he can get that even Vlade Divac has called him a horrible flopper.

Among NBA fans, Manu Ginobili may be generally considered to be the league's worst flopper. Because he is likely the brightest star on this list, fans are much more familiar with his game than most and therefore notice his flopping even more.

It is not just fans that are critical of Ginobili for his acting—in fact, George Karl, Ray Allen, Cuttino Mobley and countless other NBA players and coaches have complained about his flopping. His whole game is so goofy, so unorthodox, that flopping simply appears to be another facet of his play.

While some may complain, there is one common thread among people talking about Manu—they want him on their team. Karl, the aforementioned critic of Ginobili, said that while "he makes the game difficult to referee [,] you want him on your side." Marcus Camby, an accomplished defensive center, said "I wish he was on our team. He’s a terrific player. I can’t take anything away from him."

The fact is that while Ginobili has a horrible reputation as a flopper, he is still among the league's most exciting players and is somebody everybody wants on their team come crunch time. If he could just stop acting, perhaps he could also join the ranks as one of the league's most popular players.

One of the league's most masterful actors, Andrei Kirilenko will likely be more remembered for his skillful flopping than his tremendous defense when his career is over.

Combining his extreme length with strong timing and athleticism, Kirilenko has been one of the league's top defensive forwards for years because of his shot-blocking ability. However, because of his horrible tendency to hit the floor with the slightest touch, his defensive prowess will not be his legacy 10 years from now.

Instead, Kirilenko will be remembered as a diver, a cheap player who did anything in his power to get ahead while embodying all the stereotypes that followed him when he came into the NBA. Not all European players are soft, weak defenders, and Kirilenko certainly isn't, but if you watched him defend in the post, you'd think that he was made of glass.

While his flopping is annoying, it is the time where his flops are called that may be the most maddening thing about his entire act. In the 2007 NBA Playoffs with Golden State chasing Utah in the Jazz's clinching Game 5, Kirilenko flopped after a missed free throw by Carlos Boozer, giving the ball back to Utah and sealing the deal for the Jazz.

The next year, in a Game 2 duel with the Houston Rockets, Kirilenko fell to the ground after getting what can only be described as a tap from Luis Scola as a potential game-tying three pointer from Bobby Jackson went through the basket, killing the Rockets' chances to win with a cheap play.

Perhaps the worst flopper in the league, Kirilenko deserves no respect for his play. Not surprisingly, he doesn't get any.

Generally considered one of the league's dirtiest players, Reggie Evans has also developed a bad reputation as a flopper in his nine-year NBA career. While he is extremely strong and holds his position well when he tries to, it seems like a feather can knock Evans over in the right circumstance.

Jeff Van Gundy, the former coach of the Houston Rockets and current NBA broadcaster, once told the Houston Chronicle that "Reggie Evans would definitely get best actor in the league." That was five years ago, but the comment still holds true.

The most shocking part of his acting is that otherwise he is incredibly tough. He destroys opponents trying to box him out, he is a strong defender and sets tremendous picks. However, when a 6'1", 160-pound guard runs into him, he has a horrible tendency to fall over.

Unfortunately, he gets rewarded for it. He draws fouls in bunches, and while his free throw percentage is a horrific 53 percent, that foul rate helps his team immensely.

One of the league's most under-appreciated players, Anderson Varejao is among the most versatile defenders in the league. He can guard any player from 1-5 because of his unique combination of strength and quickness. However, he also is known as an infamous flopper.

Because of his flopping, few people can appreciate the incredible value he brings to the court on the defensive end and instead focus on how soft he is.

At the very least, Varejao is honest. A few years ago, talking to the Detroit Free Press, Varejao said "maybe sometimes I exaggerate the charge."

He is improving in his flopping, taking fewer charges in the post and playing fundamental defense, but there is no doubt that he still has a while to go before he will lose his reputation for acting. With his huge head of hair, Varejao can flail his body and draw the attention of referees, causing them to often call a foul.

With time, and perhaps a haircut, Varejao can finally lose the label of a flopper. For now, he's on the list as the league's biggest flopping center.