Minnesota Vikings 2011 Mock Draft: Could Cam Newton Be The Man? 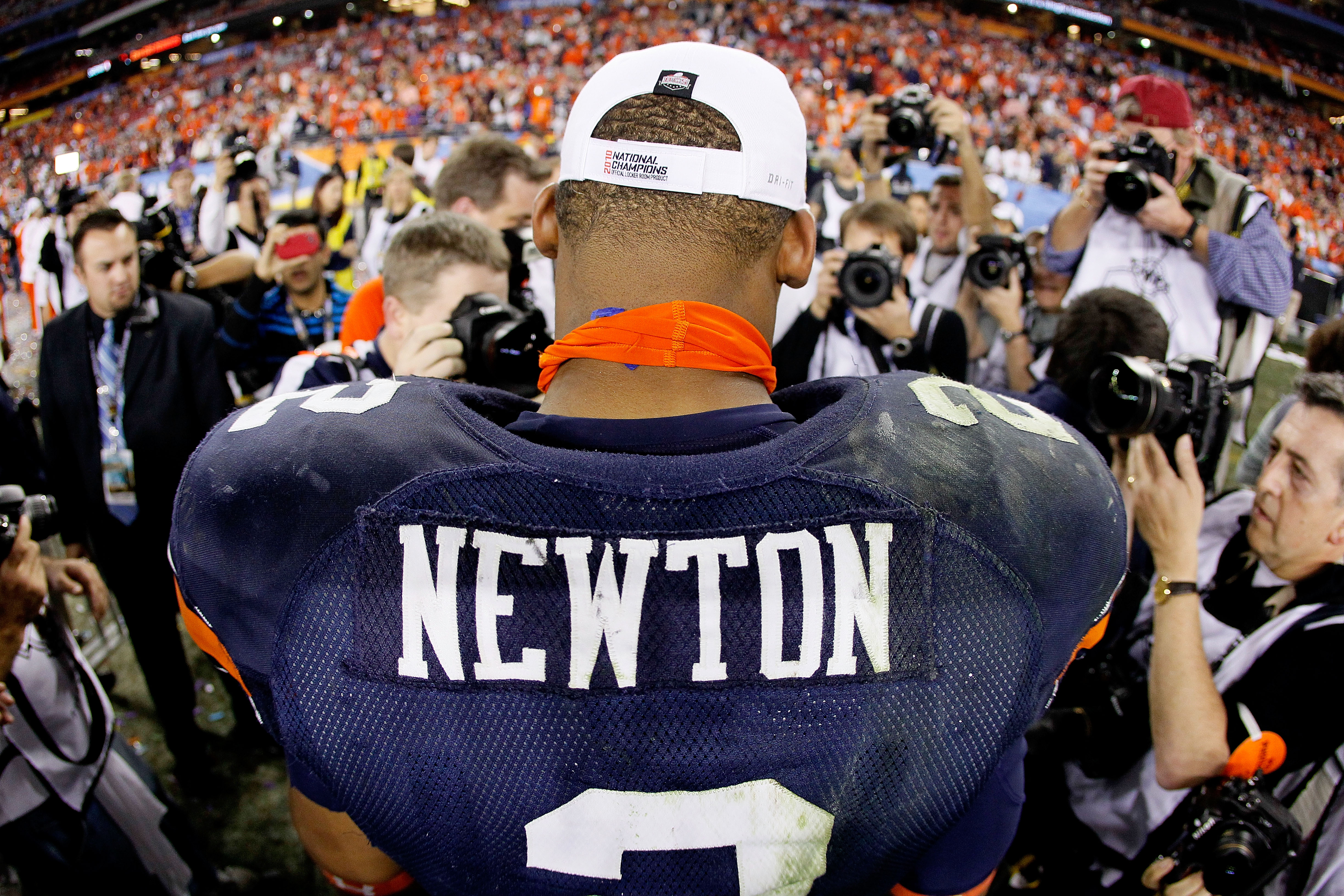 Per request and the fact that I love to write, I'm going to be updating my Minnesota Vikings 2011 mock draft.

The Vikings finished out the season with an embarrassing 6-10 record, which resulted in a surprising last place finish in a division that Minnesota was expected to win.

Although I'm upset with the end results, I'm not surprised that Minnesota went 6-10.

Yes, at the beginning of the season the expectations were astronomical. That said, the Vikings showed many weaknesses, stemming mainly fro, Brett Favre.

Now that it's 2011, the Vikings have a new head coach, a soon-to-be new starting quarterback, and a whole different outlook on how the upcoming season will go.

With the 12th pick in the 2011 draft, Minnesota has many options that they can go for.

The Vikings could finally find their signal-caller that will be their for the long haul, draft a defensive end to replaced Ray Edwards or elect to look for a shut-down cornerback.

Round One (16) From Jacksonville: Nate Solder, Offensive Tackle, Colorado 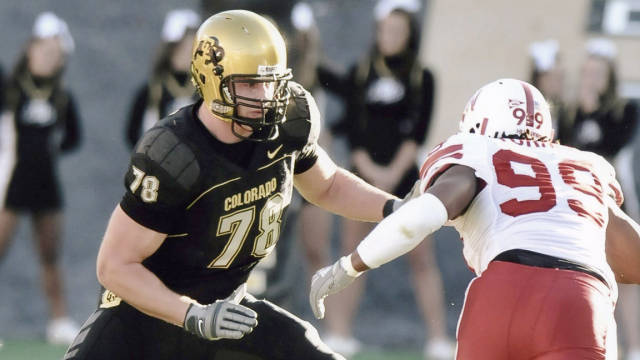 While it's clearly not the most sexy pick of the bunch, Nate Solder is needed more on the Vikings' roster than you would originally think.

Bryant McKinnie's days of being a starter on the offensive line are nearing an end. His consistency issues are becoming more of a problem every year.

In order to save some salary cap money, the Vikings could elect to release the 6'8" man known as "Mount McKinnie".

Nate Solder is very close to McKinnie in size, although the picture that I chose would not do me diligence on that front.

Minnesota's running game has decreased in production over the past few years, which can be put on almost anybody on the current offensive line.

Even Steve Hutchinson saw his days where he couldn't help but flinch on the line. 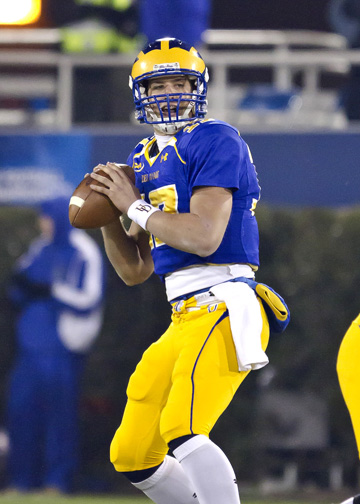 Although you may not be very familiar with the name Pet Devlin, soon, you will be completely aware of who he is.

Devlin, who played wonderfully in two playoff games against New Hampshire and Eastern Washington, is an accurate passer with a strong arm.

Due to his two great showings recently, Devin has been elevated from a fourth or fifth round pick all the way to the middle of the second round.

With Minnesota's quarterback situation up in the air, the Vikings must look to either find a veteran to mentor Joe Webb or draft a quarterback early on.

I give it 20 percent because I feel that Devlin may be somewhat of a reach here. I also think the Vikings may elect to sign a free agent like Matt Hasselbeck. 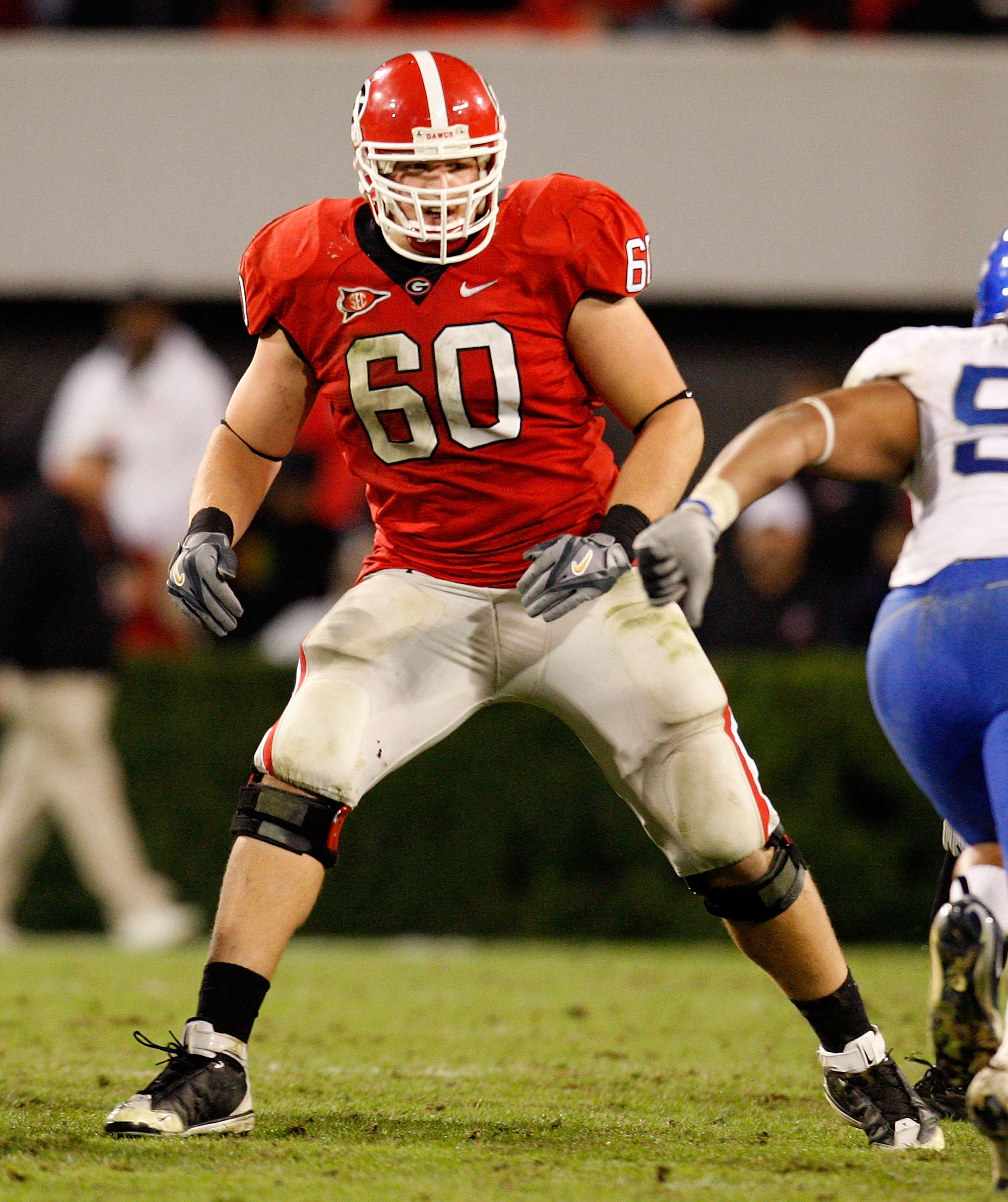 Stock: Fourth to fifth round

Not many will love the Vikings taking two offensive lineman early in the draft, but when you need something, you just need it.

Minnesota's guard spots are currently being held by Steve Hutchinson, a veteran, and Chris DeGeare, a promising young player.

While Hutch still has some gas left in the tank, nobody truly will know just exactly when his tank will be completely empty.

The Vikings need to find plenty of depth for their struggling offensive line. Minnesota suffered several injuries to key players all the time in 2010.

With Boling's arrival to Minnesota, Anthony Herrera could be the odd man out.

I give it such a small amount because Minnesota can afford to wait a round before taking an offensive guard. That said, I don't advise it necessarily. 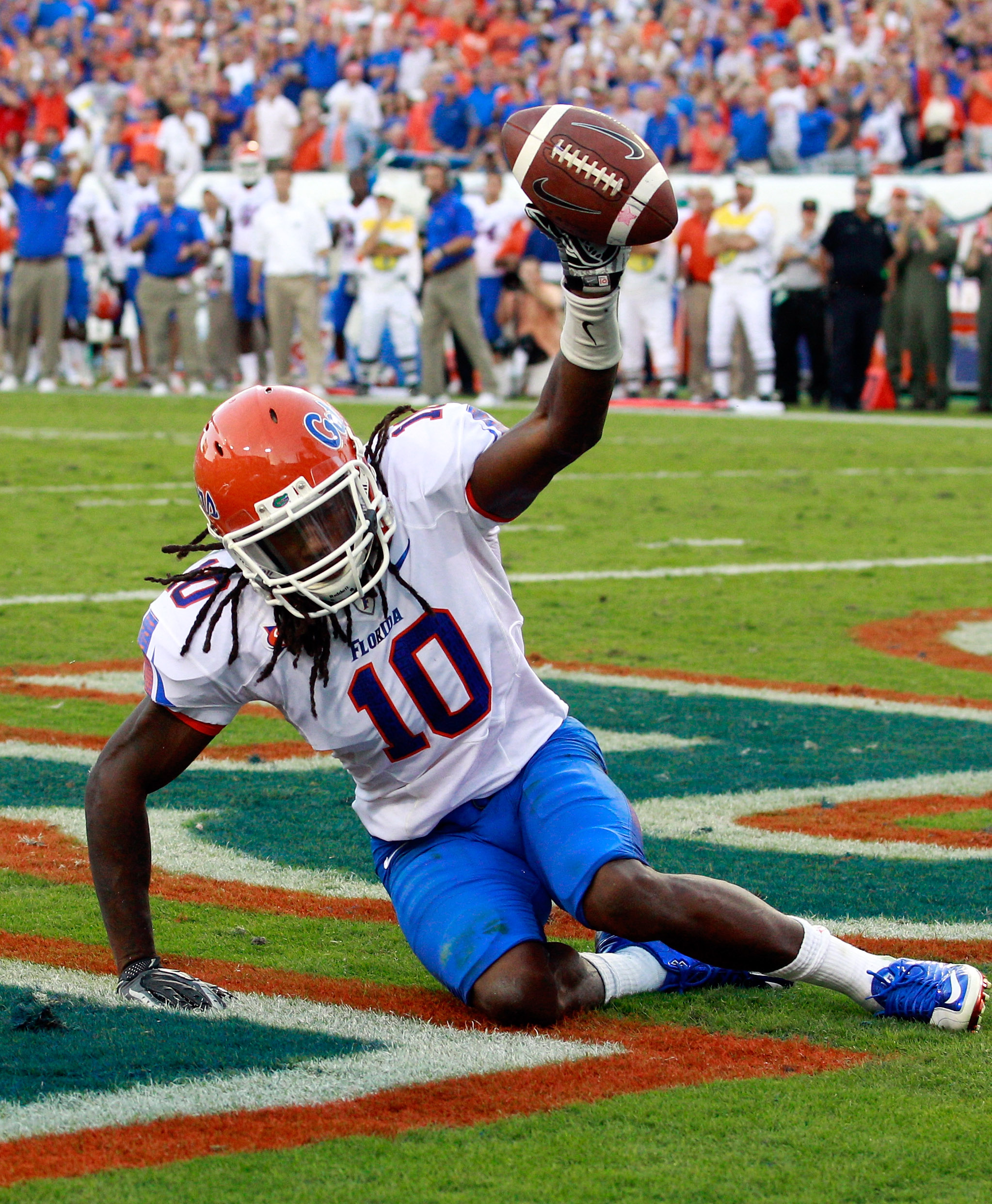 Will Hill, who chose to forgo his senior season with the Florida Gators, is one of the more underrated players in the entire draft, already.

Minnesota's secondary issues cause me to believe that the Vikings will look to address it within the first four rounds.

Tyrell Johnson and Madieu Williams, Minnesota's opening day starters at safety in 2009, could both be on their way out this offseason.

While these two aren't needed any longer, depth will be if they decide to cut them both. Will Hill could be the man to cure these issues.

Will Hill is a very talented player that fits exactly what Minnesota needs. While he's unlikely to make much of a difference in his first hear, we'll hear his name somewhere down the road.

1. Cedric Griffin, sixth year (converts from cornerback to safety due to injury issues) 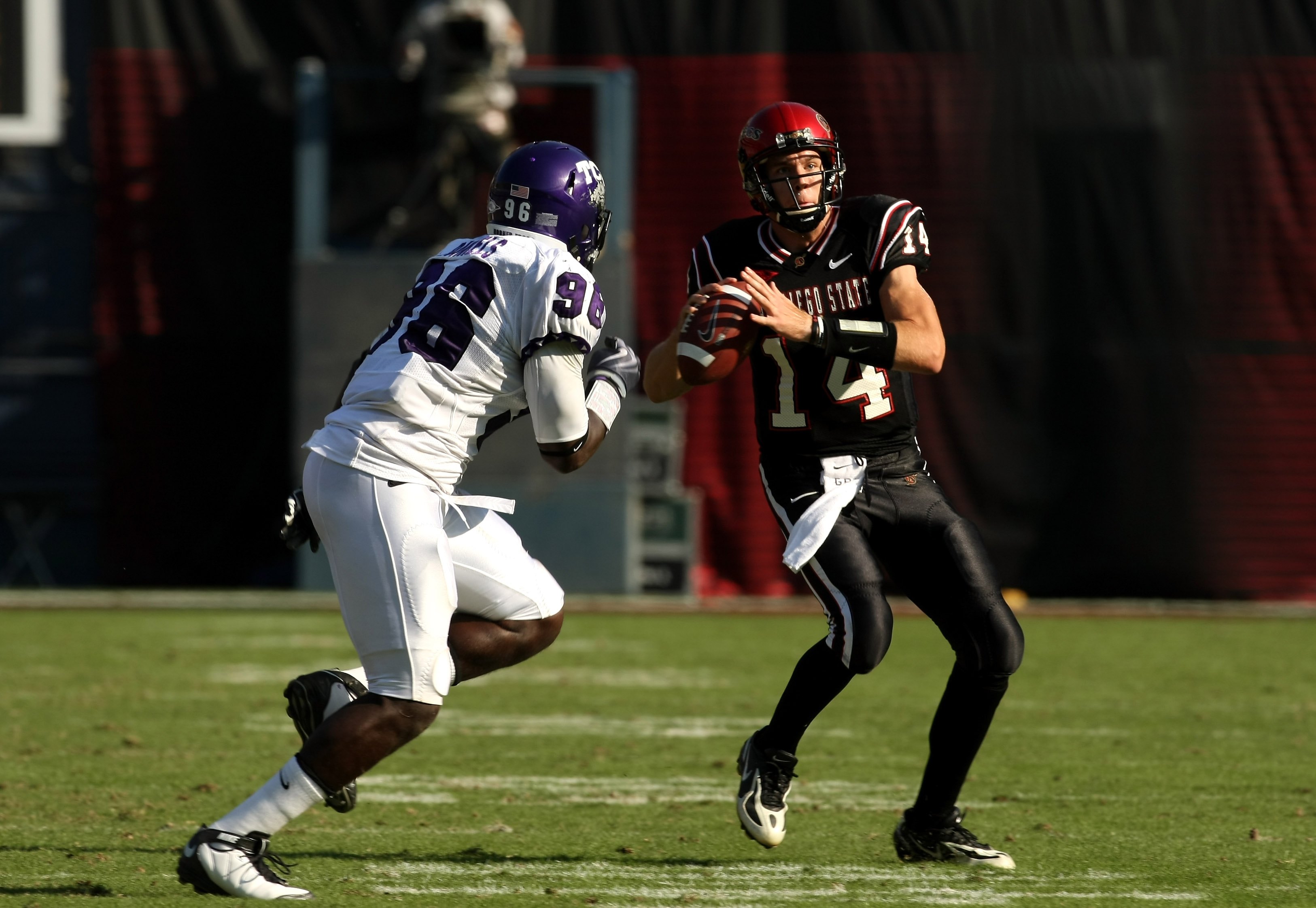 With Ben Leber as a free-agent-to-be, Minnesota must either decide to resign him for a cheap deal or draft an outside linebacker in the draft, for depth.

Minnesota's back-ups at linebacker aren't the worst, but there is truly nobody behind Leber that is ready to step in to start in his place.

Wayne Daniels will not be that man right away, maybe ever, but he will provide Minnesota with help on special teams, which is always beneficial.

Due to the limited amount of great talent for linebackers in the later rounds, the Vikings will likely be forced to resign Leber for a couple more years.

There's no question that Minnesota will draft a linebacker in the 2011 draft, but that doesn't mean it'll be this far along. 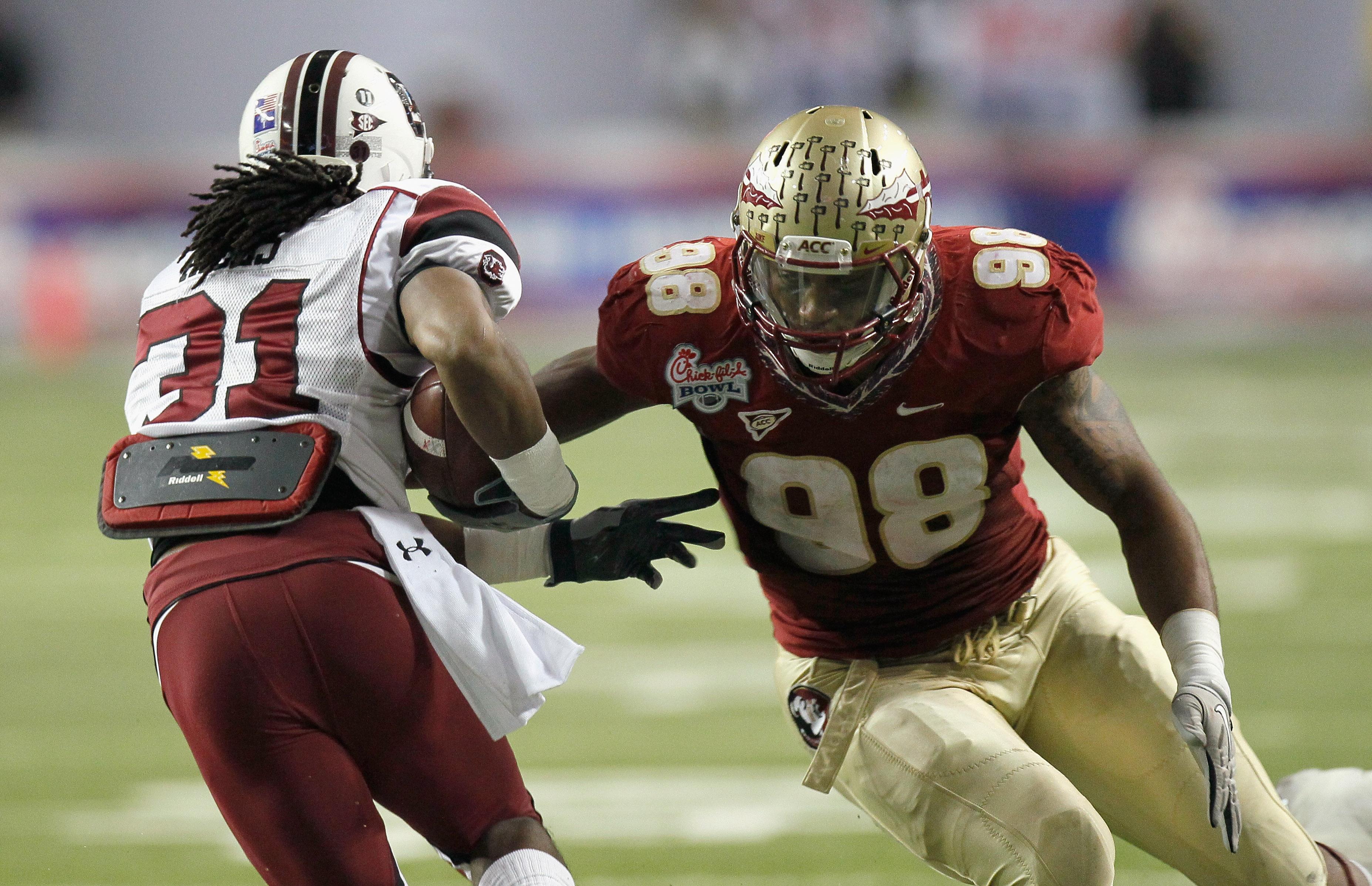 I sound like a broken record, but it has to be done. Depth is often an issue for Minnesota, and it needs to be fixed as soon as possible.

With Ray Edwards likely to leave via free agency, the Vikings will look to start either Brian Robison or Everson Griffen at the defensive end spot, opposite Jared Allen.

When somebody goes away, another play must come in. I see no reason as to why that man can't be Markus White, a solid pass-rusher from Florida State.

His sack stats aren't the greatest, but his ability to stop runs to the outside will be key, if he gets playing time in the preseason.

This is a great number for this late in the draft. After reading as much as I could on White, I'm definitely impressed. 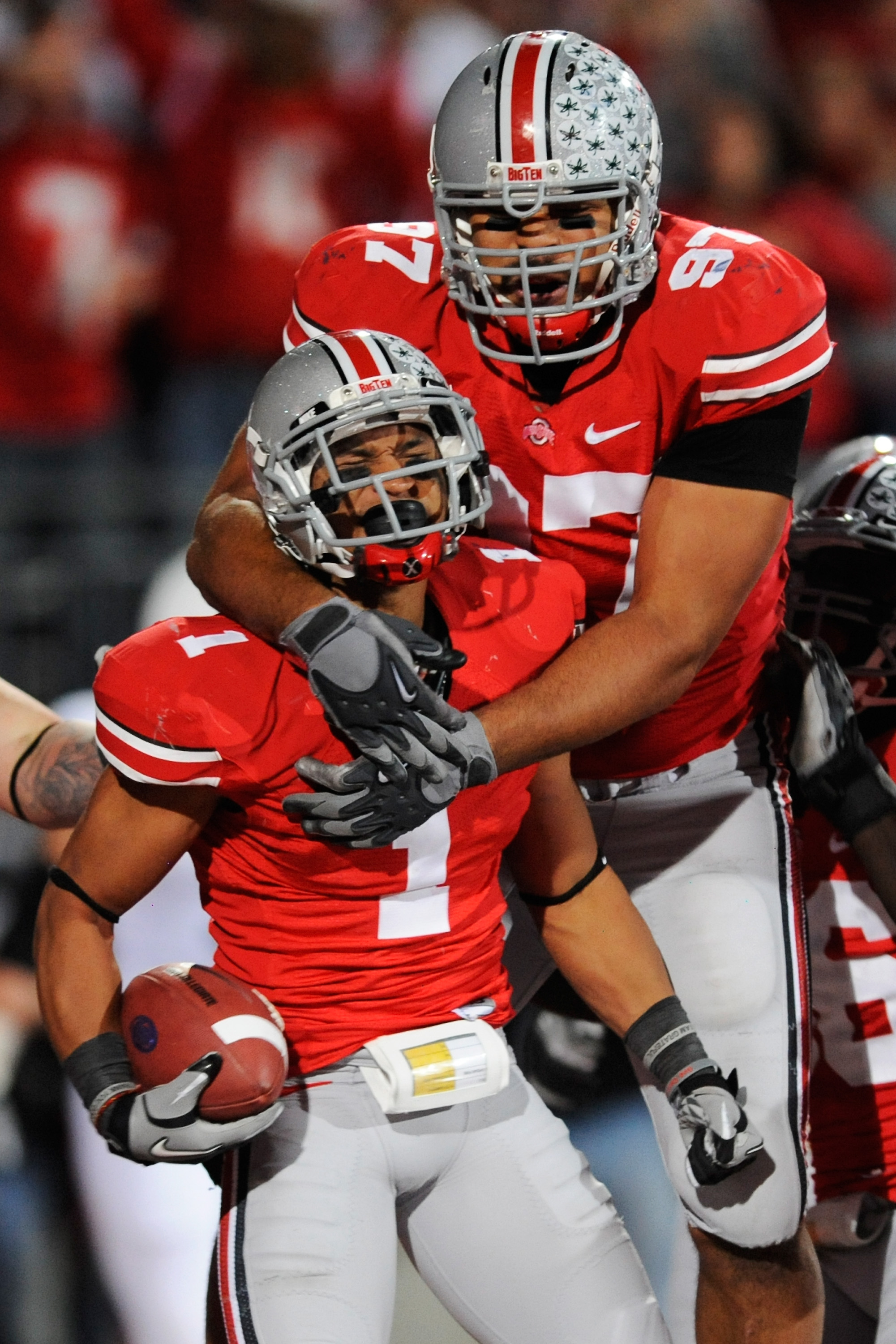 As I mentioned before, Minnesota's secondary is still as bad as it always was. I say that because it's never been consistent.

The Vikings were often able to make a great quarterback look decent, but then they would get burned the next week.

Cedric Griffin's ACL tear is a major reason why Minnesota's pass defense couldn't stay consistent, but his poor legs will likely cause him to switch to safety.

Chris Cook will be pushed into the starting role, leaving Asher Allen and Frank Walker as Winfield and Cook's only back-ups.

Only 10 percent because there are a few other cornerback options here that Minnesota may elect to take over Devon Torrence. 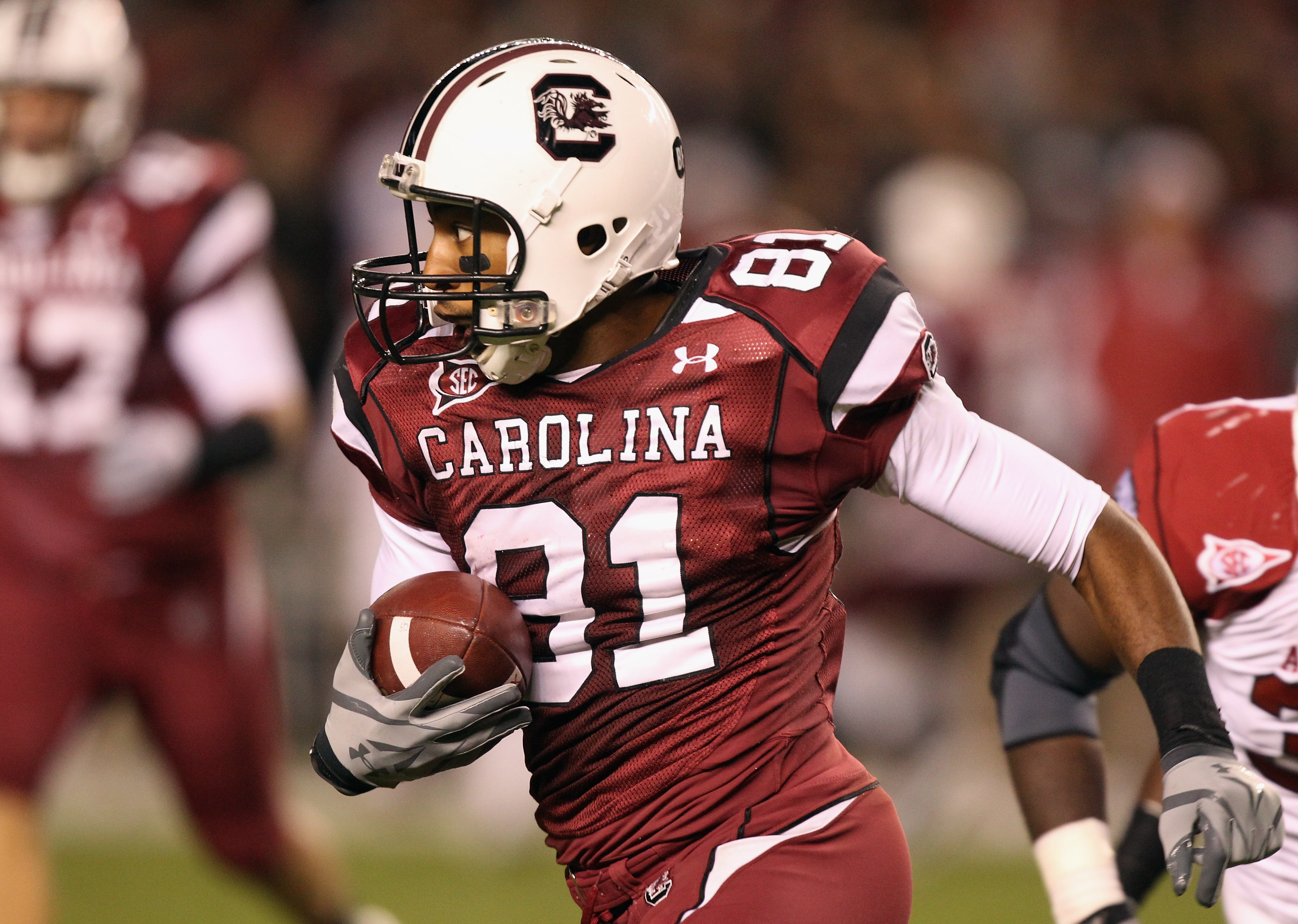 After a bunch of defensive picks of late, Minnesota will look to address their wide receiver depth, especially with Sidney Rice, Greg Lewis and Hank Baskett set to become free agents this season.

That said, Lewis and Baskett will probably both be let go, leaving a couple spots open for the Vikings at wide receiver.

Tori Gurley, a 6'4" receiver out of South Carolina, left the Gamecocks as a redshirt sophomore, but he did it with class, like a professional would.

Toni would be the best receiver available by this point, but Minnesota may feel as though it's completely illogical to address a position that isn't hurting.