Wes Welker: His 11 Foot Comments and Why They Were Blown Out Of Proportion 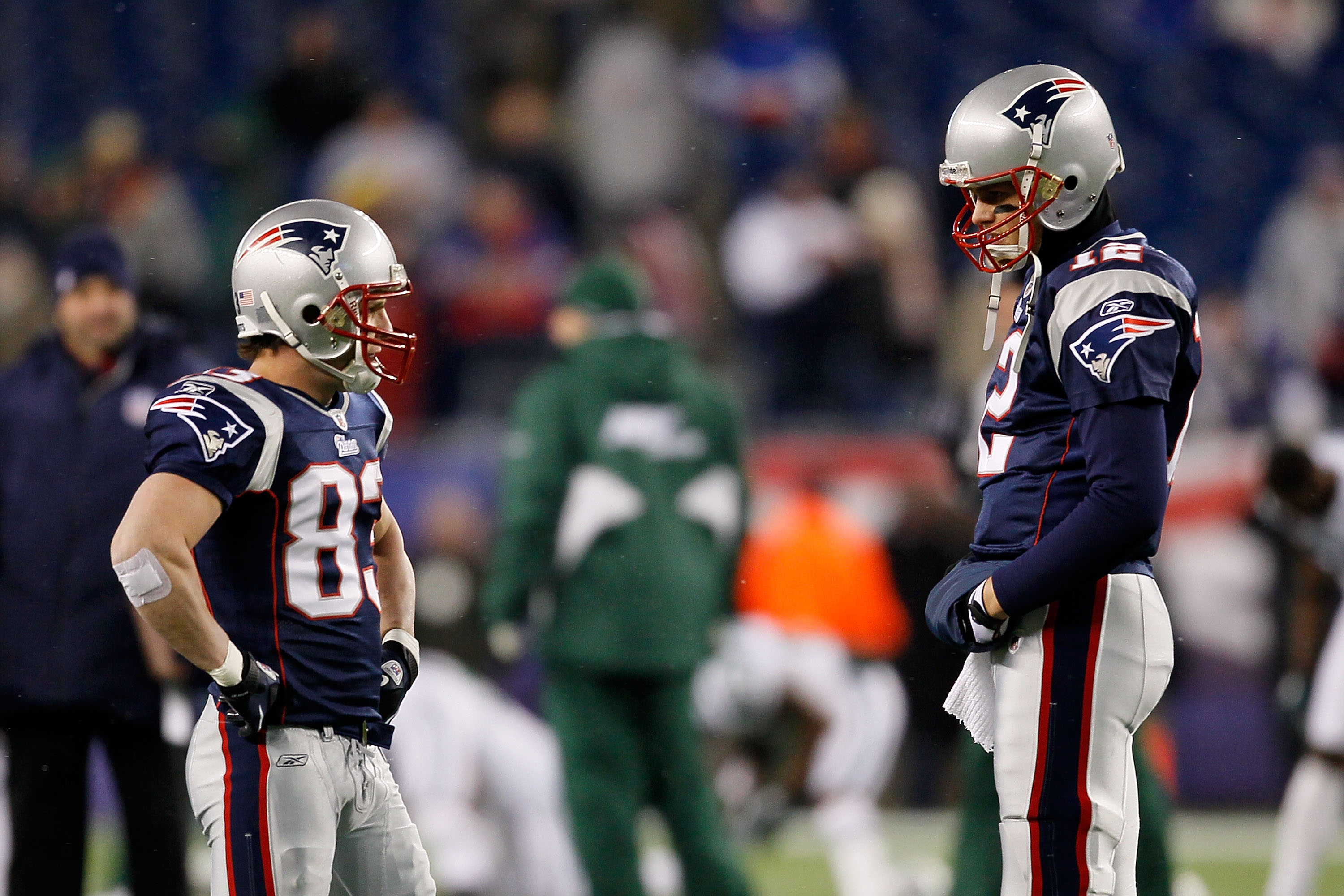 The headlines this week have been flooded with trash talking concerning the New England Patriots vs New York Jets Divisional Playoff game this weekend, which is something that we have all come to expect from this rivalry.

While most of the talking has been coming from the Jets camp, the Patriots, despite doing their best to stay out of it all, have been making subtle jabs at their AFC East rivals, starting with Tom Brady's quiet knocks on Antonio Cromartie.

The biggest story in this running ordeal, though, broke in the last few days, when reporters noted an unusually high amount of references to feet in a press conference with star receiver Wes Welker.

While everyone continues to blow this out of proportion, it seems about time to start fighting back and defending Wes Welker as a strict disciple of the Bill Belichick interviewing school of thought.

So let's delve a little deeper: Here are all 11 comments and some proper interpretations to go along with them.

Question No. 1: How Important Is Tom Brady in The Huddle? 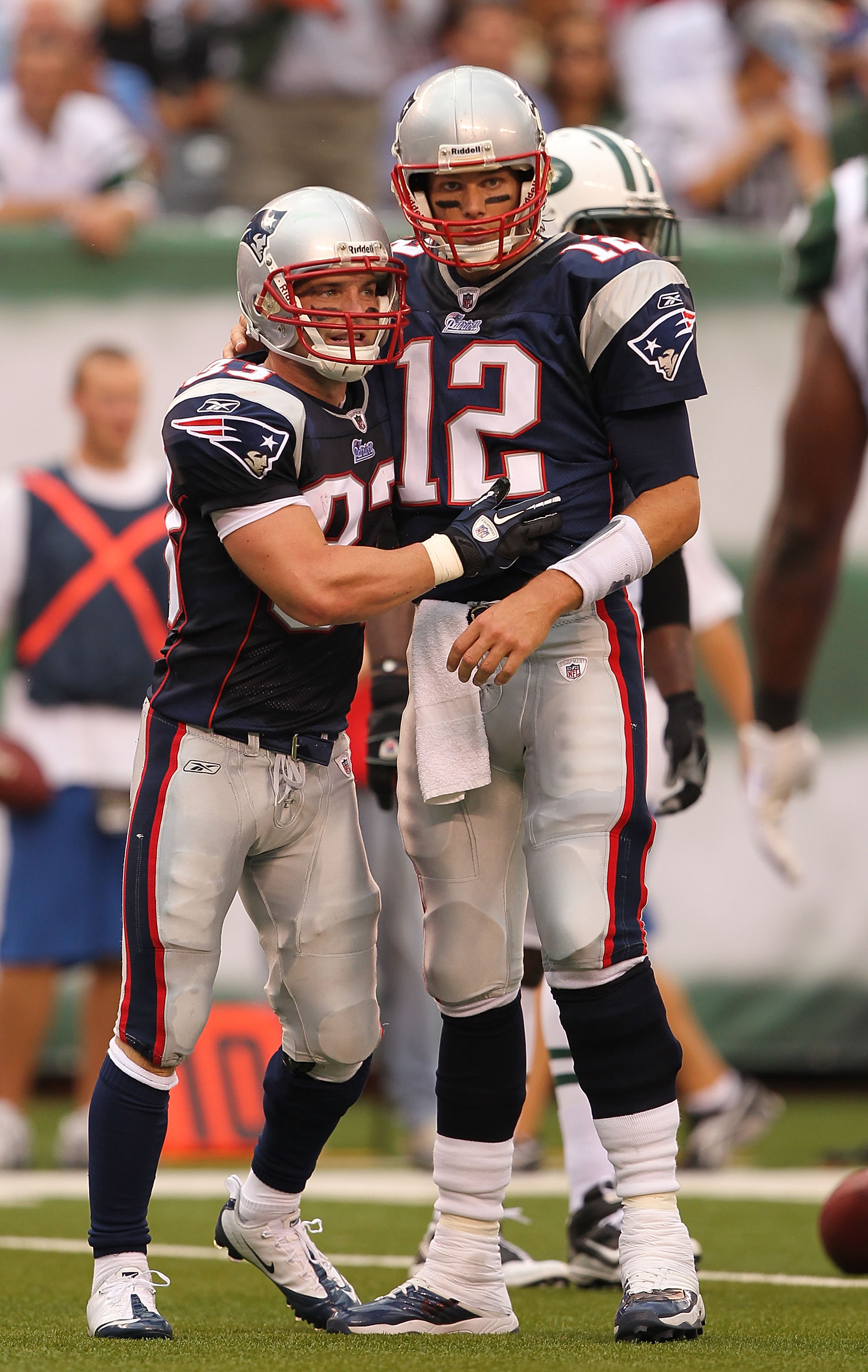 Q: How valuable is it to have a guy like Tom Brady standing in the huddle, especially in the intense situations of the playoff atmosphere

Welker: Having Tom in there...he does a great job of making sure everyone is on the same page and putting their best foot forward going out there and playing well and doing what they can out there.

Since when did it become a big deal to say that Tom Brady wants to make sure the Patriots offense wants to put their best foot forward at all times? Sure, he could've used another phrase, but it seems more off-hand than a pointed statement, especially since he includes it in a list of things Tom Brady does for them.

Question No. 2: Helping Out The Rookies 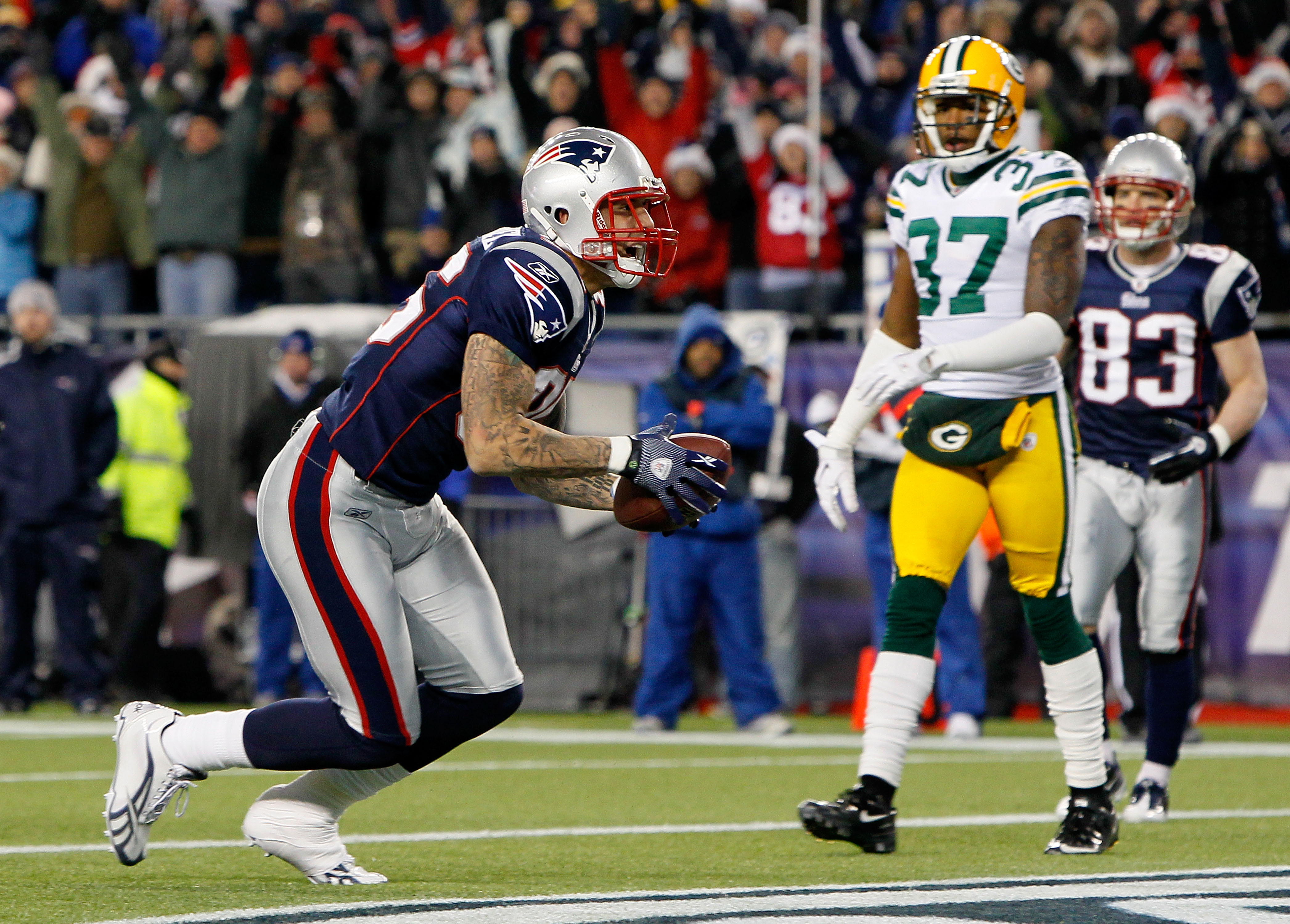 Q: How do you approach the young guys about what to expect in the post season?

Welker: You just talk to them. It's a playoff atmosphere and you can't just stick your toe in the water, you've got to jump right in and make sure you're ready to go and make things happen.

Again, really, Welker isn't saying anything outlandish, and he carries out his metaphor, so it's not just like he wanted to stick in the phrase "stick your toe in the water" for laughs. He makes a good point, too.

The "toe in the water" phrase can refer to two things: Making sure they embrace the playoff atmosphere and use it, or making sure they don't get conservative in the face of post season pressure.

Welker is still on the right side of the line here as far as I'm concerned.

Question No. 4: How's The Excitement Level After Missing Last Year? 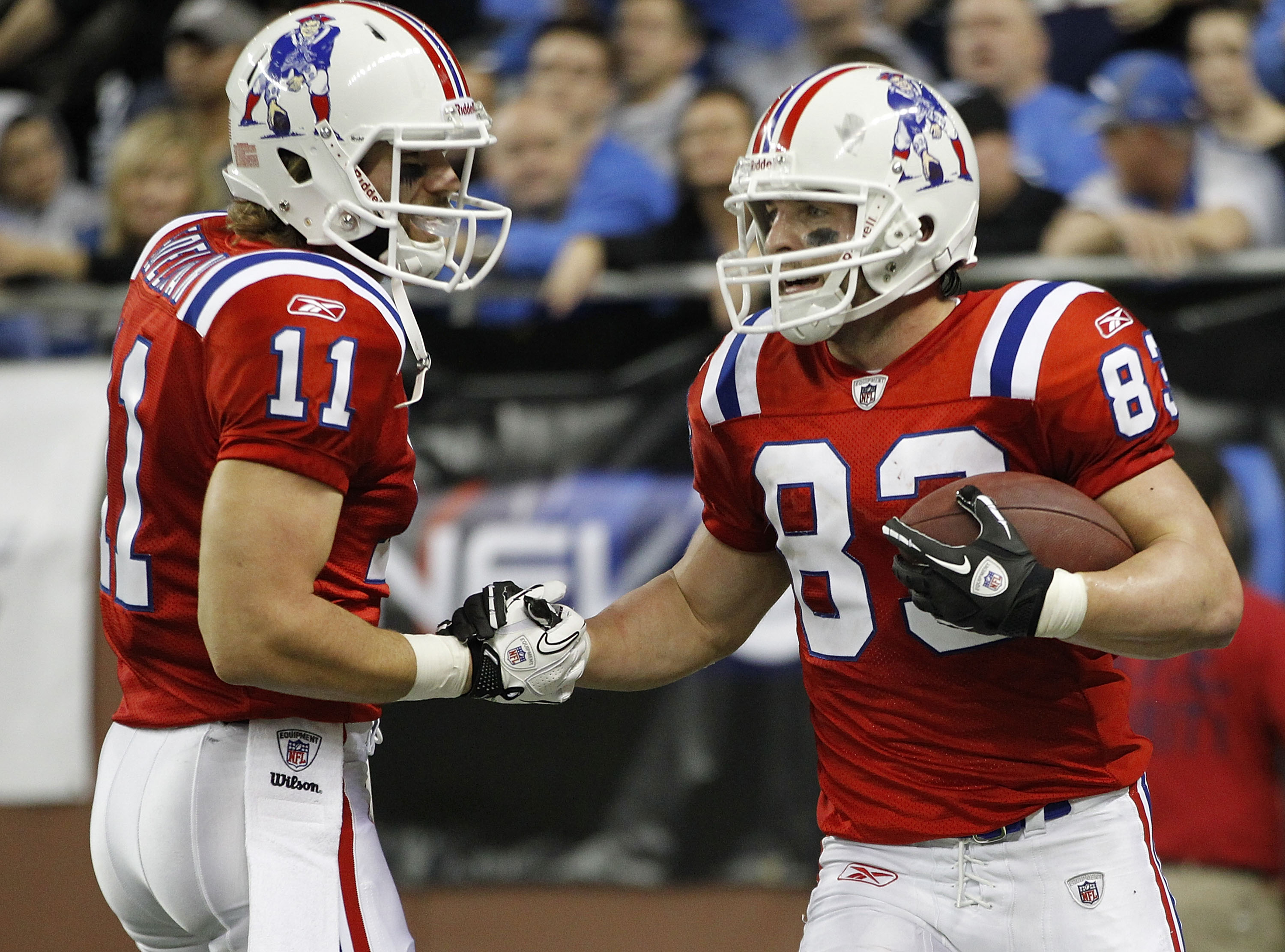 Q: ...is there a little bit more excitement for you because you are getting back in the playoffs? (Referring to how Welker missed the playoffs last year due to injury)

Welker: It is definitely a little bit different especially last year I had my foot up in the air trying to get the swelling to go down and things like that.

Oh, come on now people, he's talking about his injury. I'm sure it's entirely true that Welker spent most of the playoffs last year propping his foot up instead of the implied alternative, which is, you know, playing football.

Question No. 5: How Frustrating Was It Not to Be on The Field Last Year? 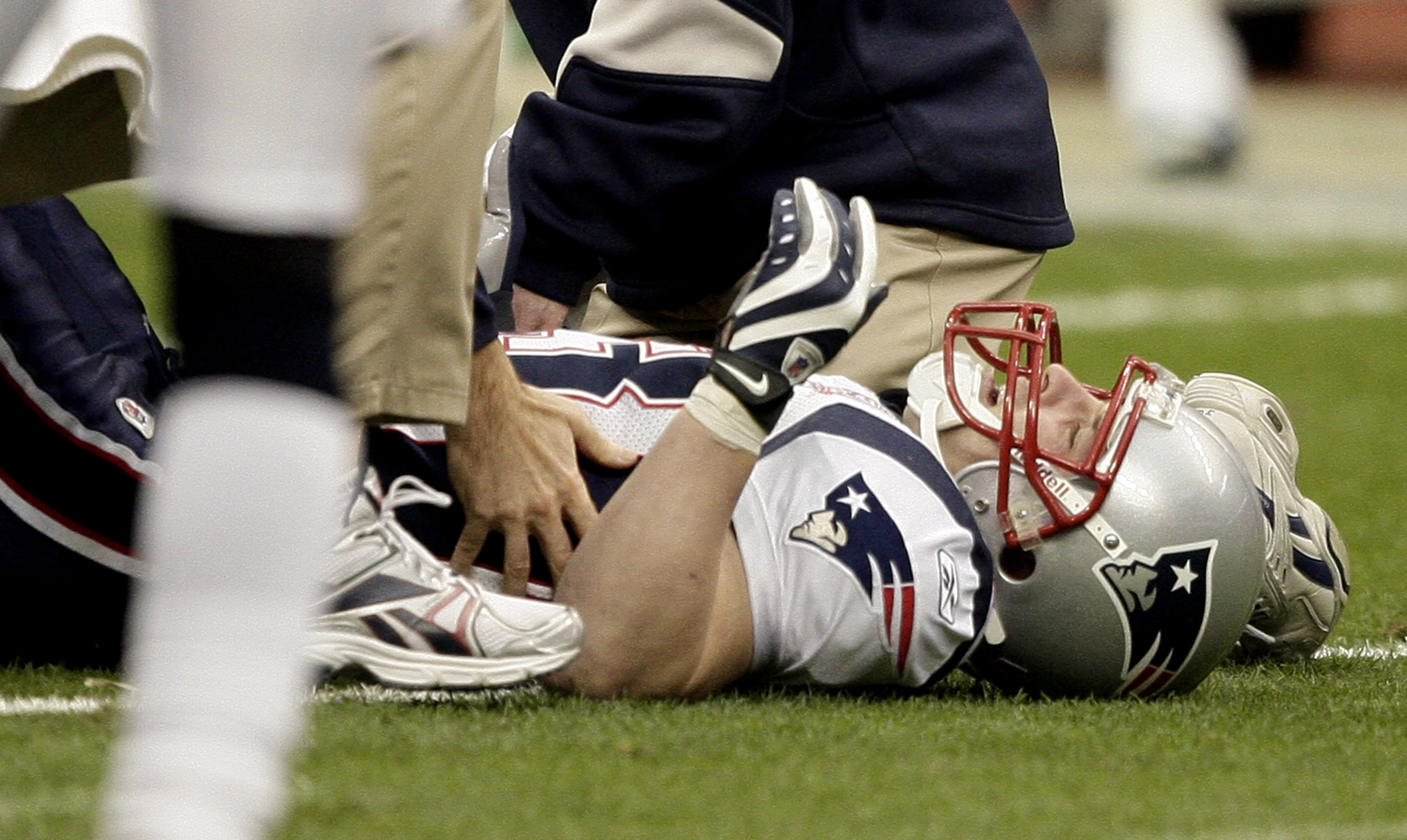 Q: How frustrating was it to not be on the field last year?...How did it feel not being out there last year?

Welker: It was tough...I am definitely excited to be out there...This is what you spend all year getting ready for and you want to go out there and put your best foot forward.

Again, does this really seem that out of the ordinary? Welker wants to go out there and make sure he's getting things done, a.k.a he wants to put his best foot forward.

Question No. 7: How Much Was Darrelle Revis Covering You in The Last Game? 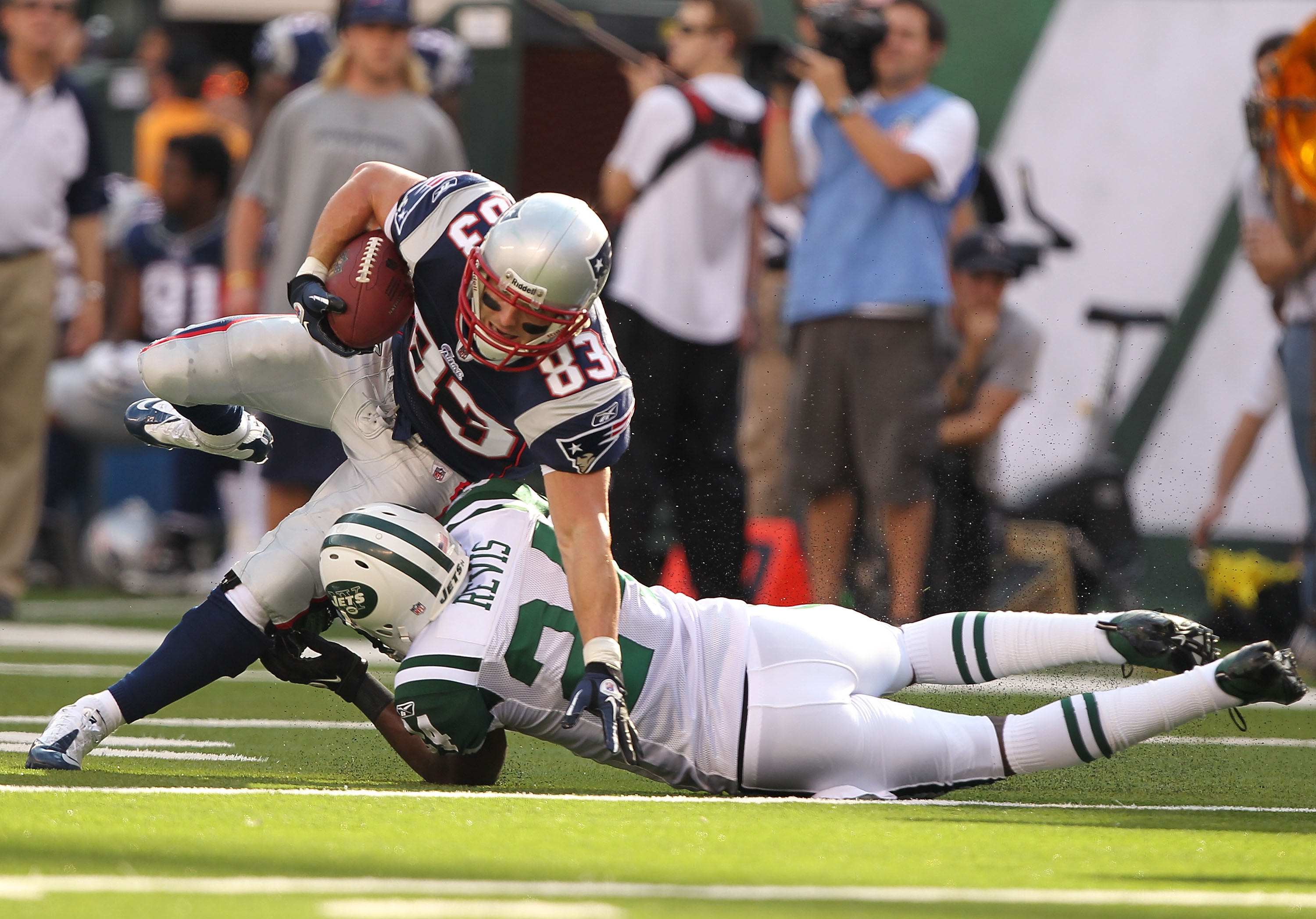 Q: Can you put a number on how much Darrelle Revis was covering you on the December 6th game?

Welker: It was definitely a little more...you've got to be ready for everything and study film on everybody...and you've got to bring it every play because he is a great player. He's got great feet, he moves around well and he does some good things out there.

O.k., this one is really a stretch. He's talking about a cornerback having great feet. Sure, he didn't bring up much else, but great feet are a big part of great cornerbacks, so it doesn't seem all that strange.

Question No. 8: How Have You Guys Grown Since Cleveland 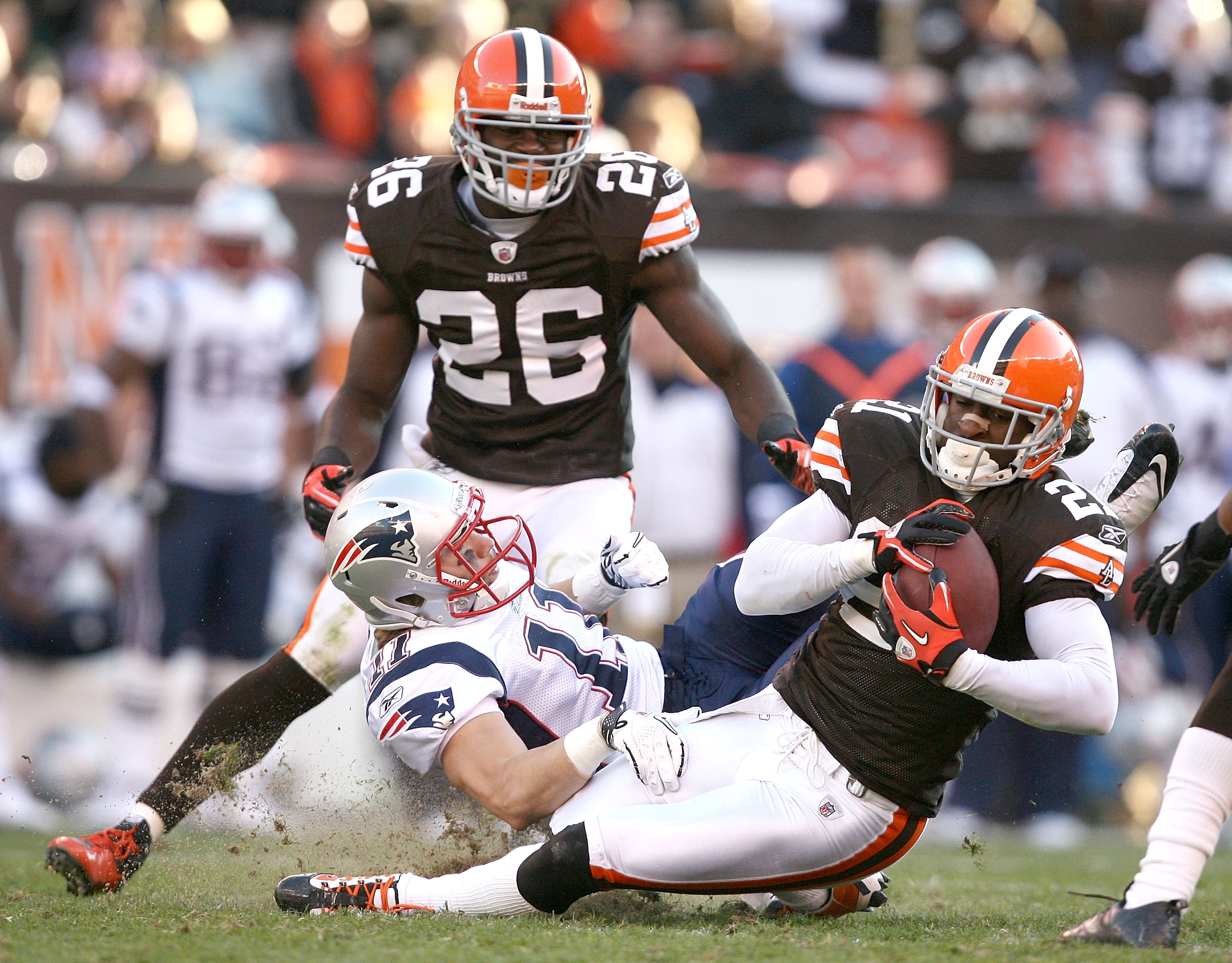 Q: Offensively, how have you guys grown as a unit since that Cleveland game?

Welker: I think we have had some younger players really step up this year.

So, in case you missed it, the foot reference there was supposed to be the "step up" snippet.

If that isn't a complete stretch, I'm clearly doing something wrong here.

Question No. 9: What Makes Revis So Good? 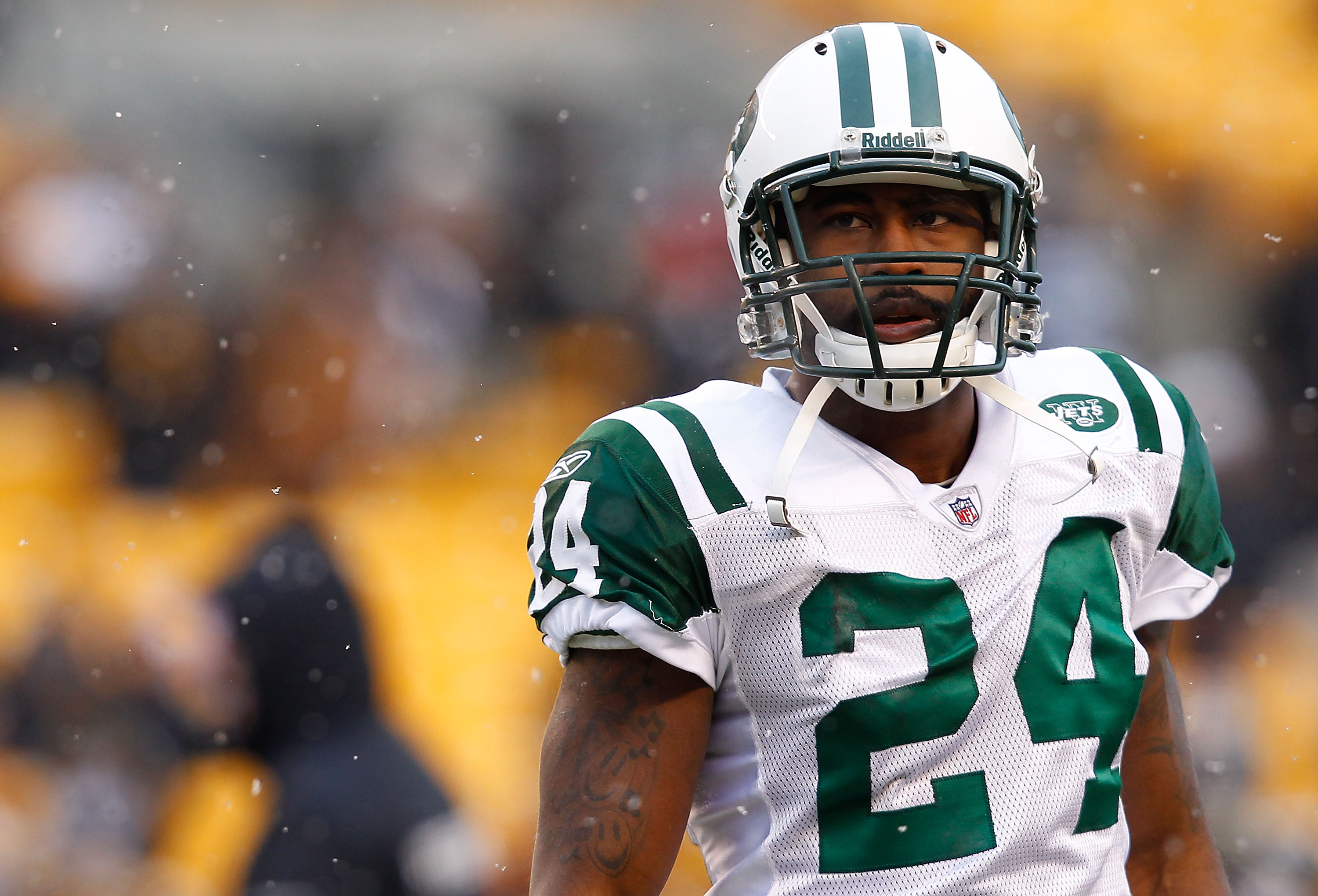 Q: What makes Revis as good as he is?

Welker: I think he is very patient. He has good feet. He moves around really well. He understands the game. He gets his hands on you pretty well...

I cut the list off there for the sake of space, because Welker doesn't stop there.

In any case, this is just him reiterating an earlier point in an expanded fashion. Revis is a great cornerback, and part of the reason for that is that he has great feet. No subtext to that as far as I'm concerned. 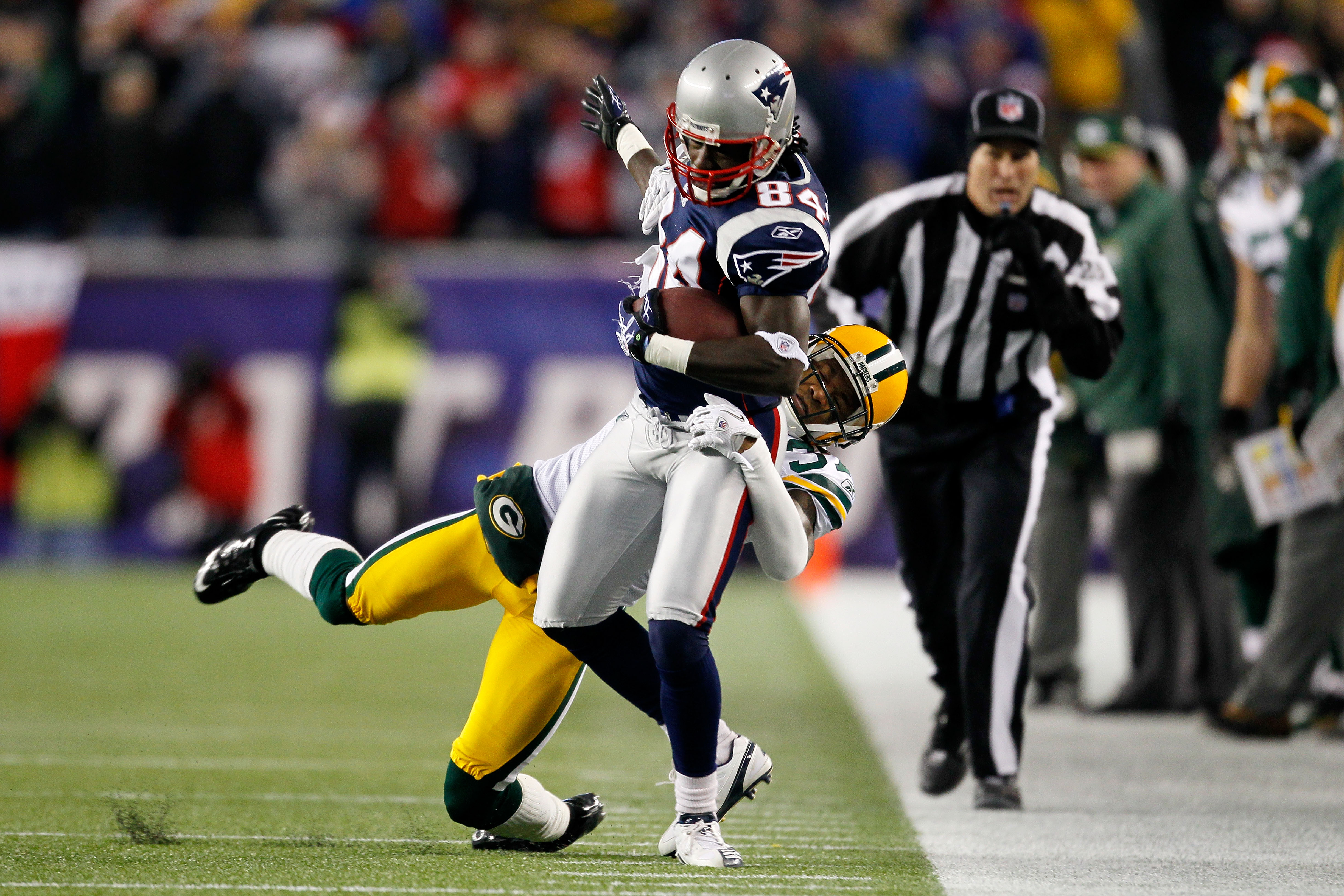 Q: What has Deion Branch brought to the offense.

Welker: Deion is such a great player and such a great teammate. The guys is tough to cover...he runs some really good routes. Tom trusts him and they are kind of on the same page. He is another guy with great feet and he can really move around and do some great things out there.

Yet another innocent statement about the kind of athlete a guy is and the kind of impact he can have on a game. Sure, the feet references are starting to get oddly frequent, but he still seems to be on the right side of the line for the moment.

Question No. 13: Handling The Bye Week 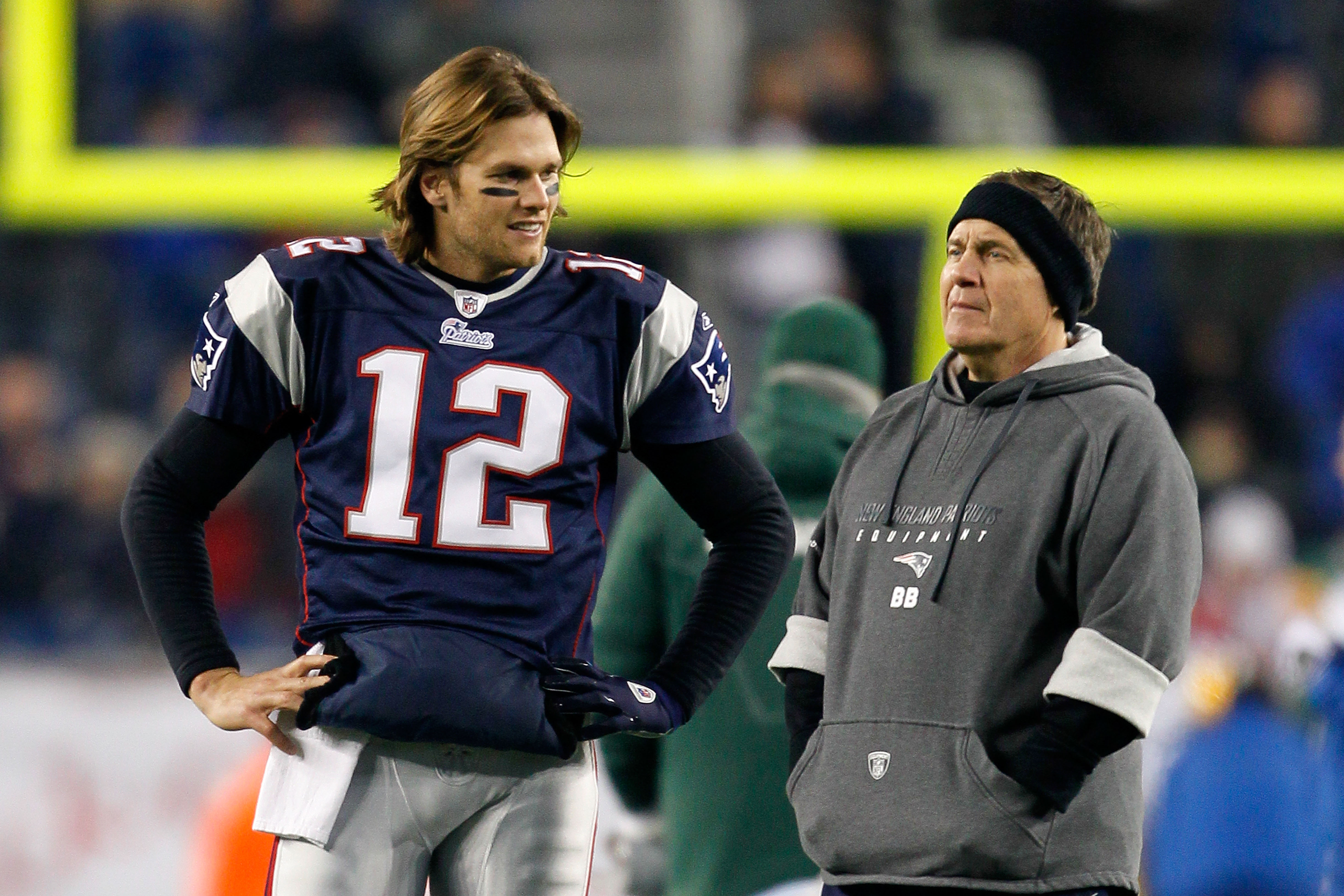 Q: ...how do you guys feel you will handle the bye week? Are you afraid that you have lost any momentum at all?

Welker: To be honest with you, I feel like our practices have almost simulated a game as well as we could have...you want to make sure that you are putting your best foot forward out there and making it happen.

Well now he's just starting to sound like a broken record. I'm fairly sure that he's said put your best foot forward and make it happen that close to each other on more than one occasion in this interview.

New catch phrase for the New England Patriots anyone?

Question No. 14: How Do The Playoffs Translate to Practice? 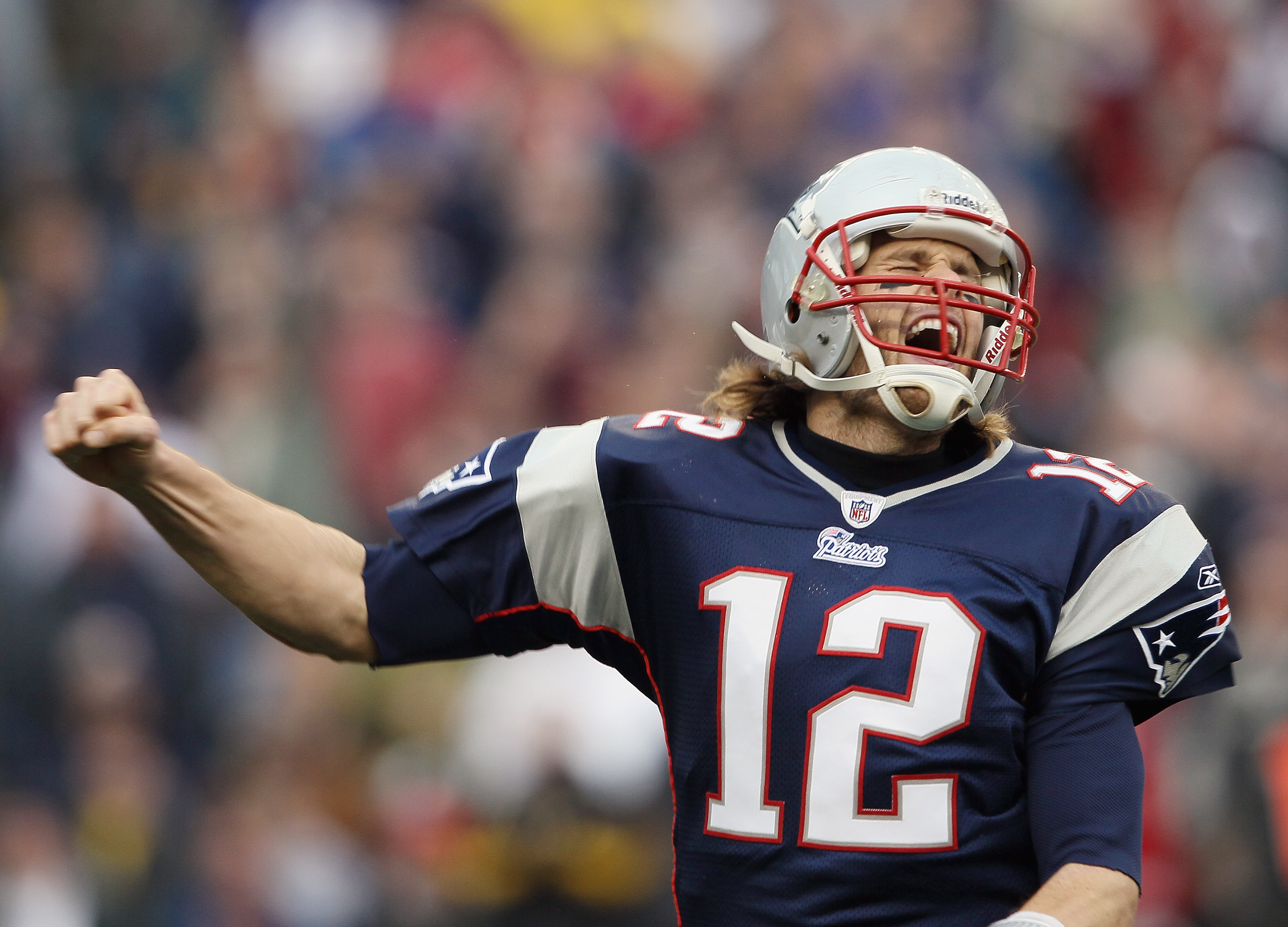 Q: How does the playoff atmosphere translate to practices this week of preparation? Do you sense it?

Ok, maybe this one is a little bit more obvious than the rest of the comments. Then again, though, haven't you ever imagined the Patriots marching along behind Bill Belichick like storm troopers following Darth Vader?

Question No. 16: Dealing With The Blitz 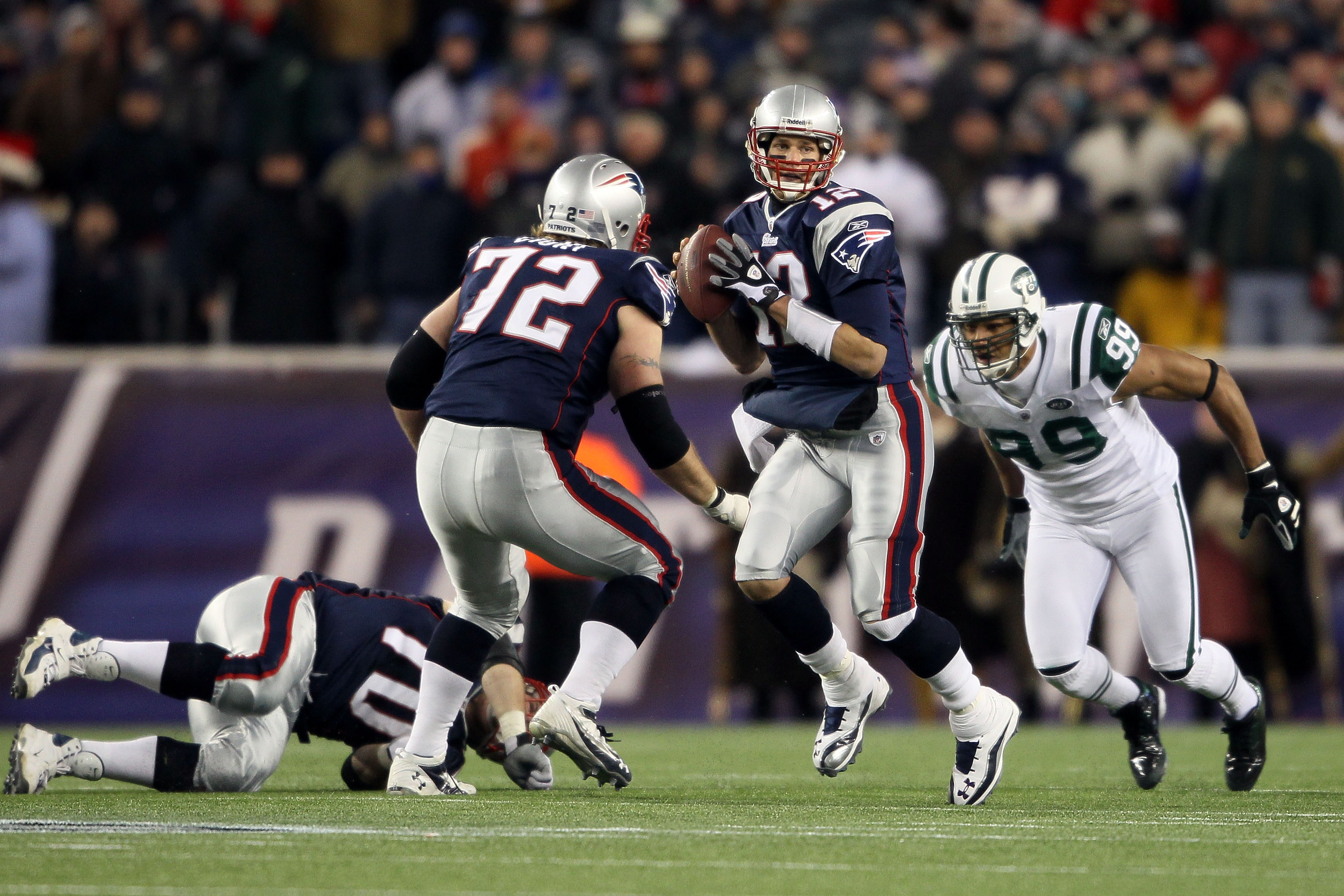 Q: Is communication a big factor this week with all of the Jets blitz packages?

I was hoping that the final foot reference in this series of 11 would be the most point of all of them, like maybe we'd get lucky and Welker would ditch discretion and call out Rex Ryan directly, but we all know that would never happen.

As long as Bill Belichick is coaching, there is one thing you can always count on: You will hear a lot of talking in Patriots press conferences, but you will never get any information. You'll hear about how they always have a game plan (but they'll never tell you about it), you'll hear about how well the other team play (or will play), and, of course, you'll always hear about the kicking game. 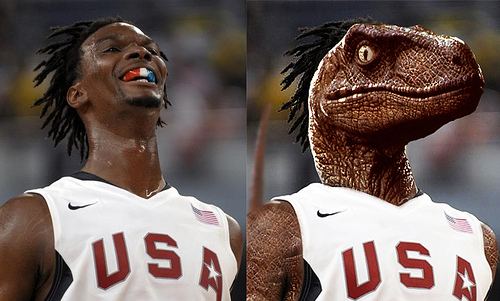 You will never look at Chris Bosh the same again

The jury is still out on this one.

Sure, Welker made his fair share of feet comments, but jumping to conclusions is really iffy.

Now that that's out of the way, get the comments flowing. Beware, though, Raptor Bosh is watching...