The 25 Most Awesome Mullets in Sports History 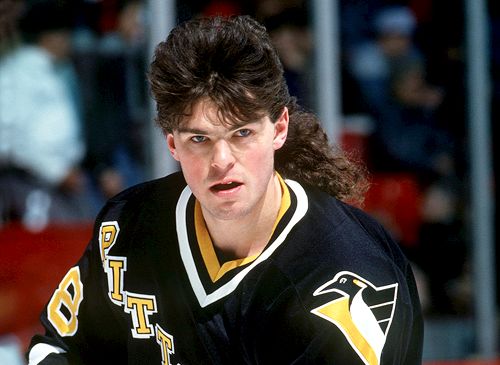 The mullet is the best of both worlds: Business on top and a party in the back. It was the perfect haircut for its time, but some athletes soldier on to preserve the legacy today.

If you were born in the '80s, the mullet defined the fashion of your time. So put on your neon green pants and matching hot pink jacket, break out the Betamax (or if you're wealthy, the VCR), pop in The Breakfast Club or re-runs of Saved By The Bell, and let the mullets fly!

The 25 Most Awesome Mullets in Sports History 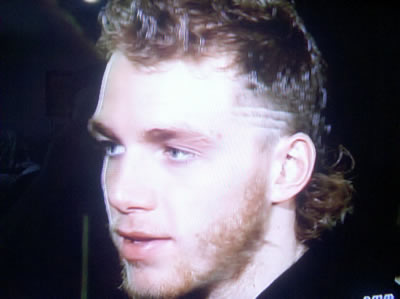 The Chicago Blackhawks right winger was the first overall selection of the 2007 NHL Entry Draft. He made an immediate impact with the team and even took them to the playoffs in 2009, dawning a mullet.

The tradition in the NHL is to grow out your facial hair and Kane obliged. However, the mullet was all his own and should probably stay that way. 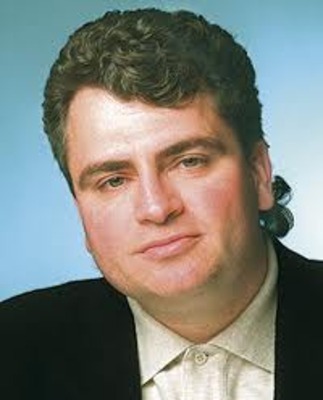 The former ESPN Around the Horn personality rocked the mullet back in the '80s. He went all out with the "slanted" forehead curl. We call this one the "mini-mull." 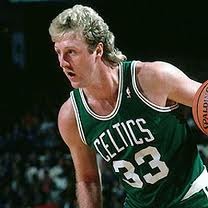 Magic Johnson's nemesis had his golden mane flowing through many of his years at the Garden.

Bird is one of the best white guys to ever play the game, so it's a no-brainer, in more ways than one, for Bird to sport the mullet. 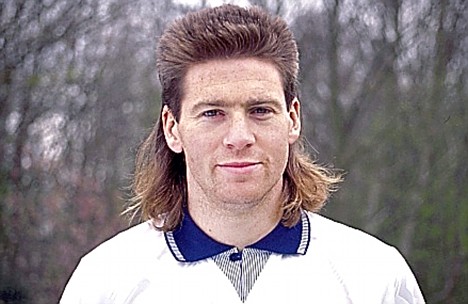 The former Newcastle United, Tottenham Hotspur and Sheffield Wednesday footballer brought the mullet to major European soccer in the '80s and '90s. He currently works as a commentator for ESPN's Premier League football coverage and for BBC 5 Live, sans mullet. 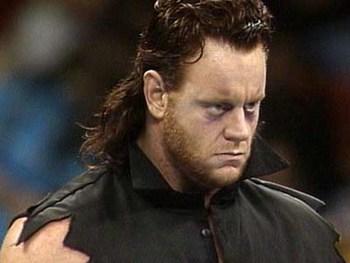 For years, the WWE's Undertaker wore a top hat and long black trench coat. Now we finally know what he was hiding under that hat and we wish we didn't. How afraid of a guy can you be when he's rolling his eyes back and dawning a massive mullet?

He's probably just a redneck that's had too much moonshine. Just walk right over to him and with your pointer finger, tip him over. You win! 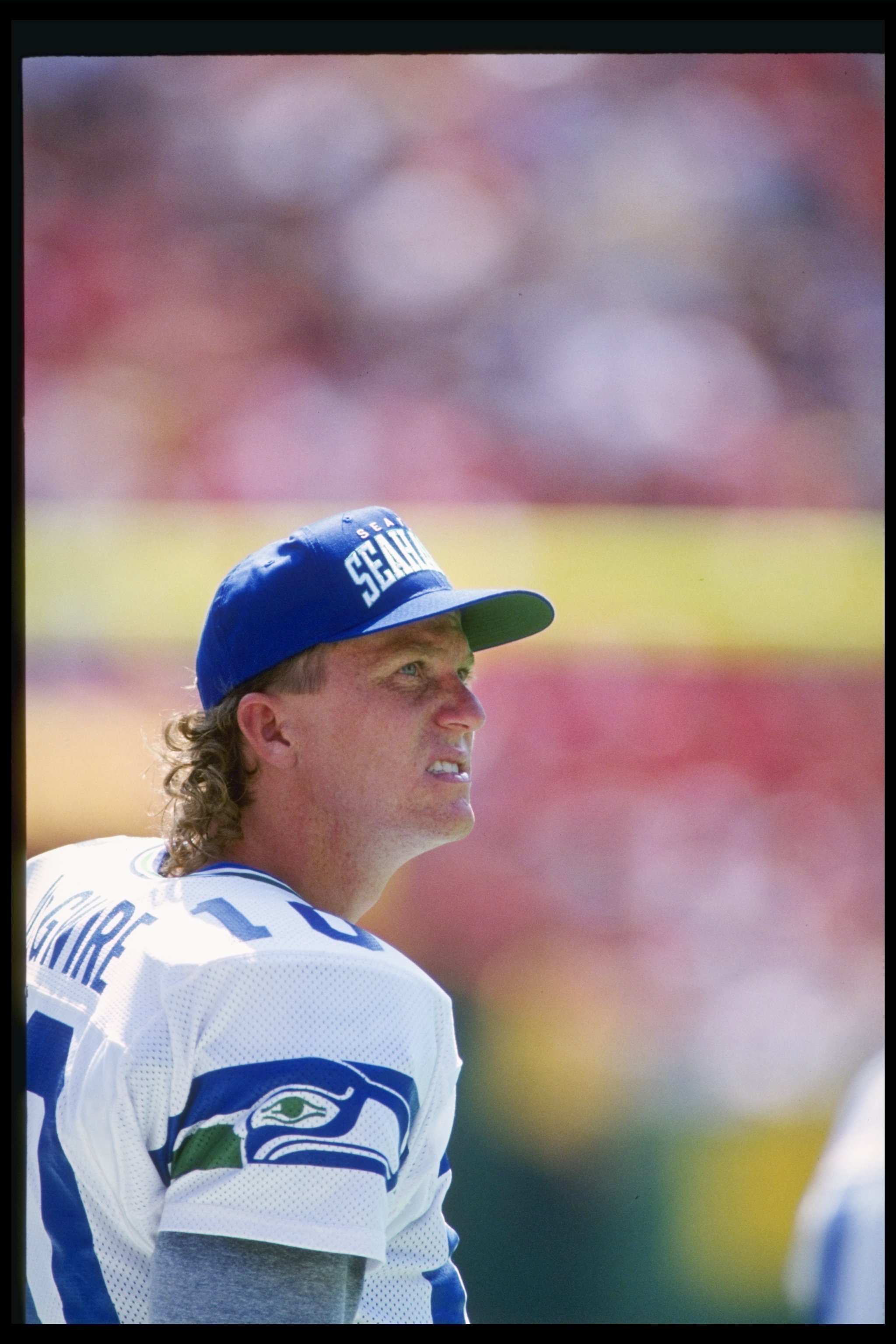 It looks like Dan McGwire has a better chance of making it to the National Baseball Hall of Fame than his brother, Mark.

The 6'8" QB played for the Seattle Seahawks and Miami Dolphins in the NFL, but will be remembered as Mark McGwire's bro and for his sweet mullet. 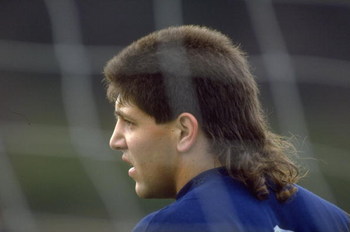 The former U.S. goalkeeper chose to cut his hair this way in the 1990 and 1994 World Cups, a strong representation of the country at the time.

Like the mullet, Meola was a dual threat. He was a professional soccer player and also played in the New York Yankees' minor league system. 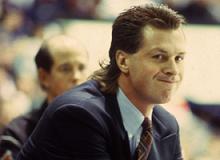 The current ESPN analyst gets points for refusing to let go of his mullet, still sportin' it to date. However, his original version wins in this countdown, still blond and full of color. The former Winnipeg Jet, Toronto Maple Leaf and Detroit Red Wing epitomizes today's mullet because he's the only one still cutting his hair that way. 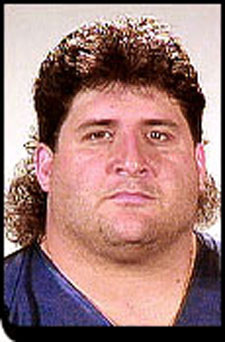 "The Goose" wore this look in his early playing days and the only thing worse than this haircut would have been a "Flock of Seagulls."

The mullet is long gone for Siragusa, who currently works as a sideline reporter covering the NFL on the FOX Network.

"The Lobster" made a career with his mullet, appearing in the feature film Eddie with Whoopi Goldberg while playing in the NBA from 1990-99. 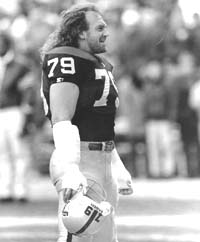 The former defensive tackle wore his hair like his personality: outspoken, loud and a combination of fierce competition with laughable antics.

Bob is the older brother of Mike Golic, but, fortunately, Mike didn't take the "hand-me-down" hint of the mullet from his older bro. 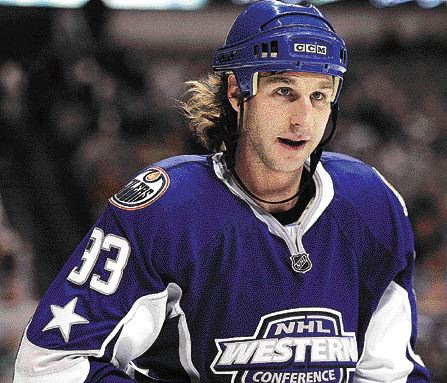 When Smyth burst on to the NHL scene with the Oilers, it looked like the wind of such speed had blown his hair back, but soon we realized it was just a mullet.

He carried it on to the St. Louis Blues for a bit too, but we are happy to announce his mullet days are behind him, long after the rest of society let it go too. 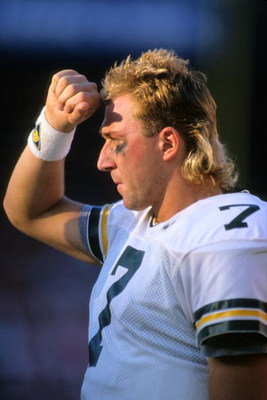 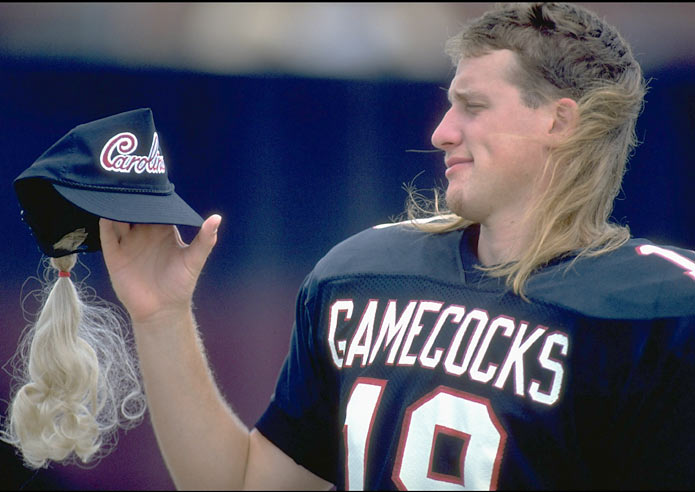 The former South Carolina Gamecocks QB is currently a high school football coach in the same state. Perhaps the biggest triumph of his collegiate career was throwing 62 TD passes with that long blond hair in his face. 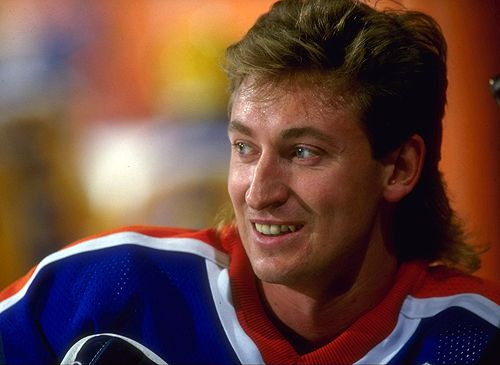 "The Great One" certainly was a man of trends and a poster child for the NHL. As such, from the late '70s until the late '80s, Gretzky rolled with the mullet and eight-year-old hockey players everywhere were cutting their hair on top and letting the dust flap hang off their Huffy. 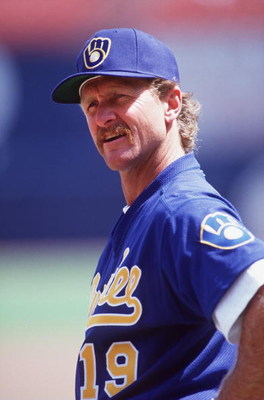 Yount evidently got tired of trying to find hats that would fit over his curly-fro, but wasn't yet ready to ditch the long-hair look. So over the years, he shaved the top and sides of his head, but the hair in the back had stuck with him from his first All-Star in 1980 until his last Silver Slugger in 1989. 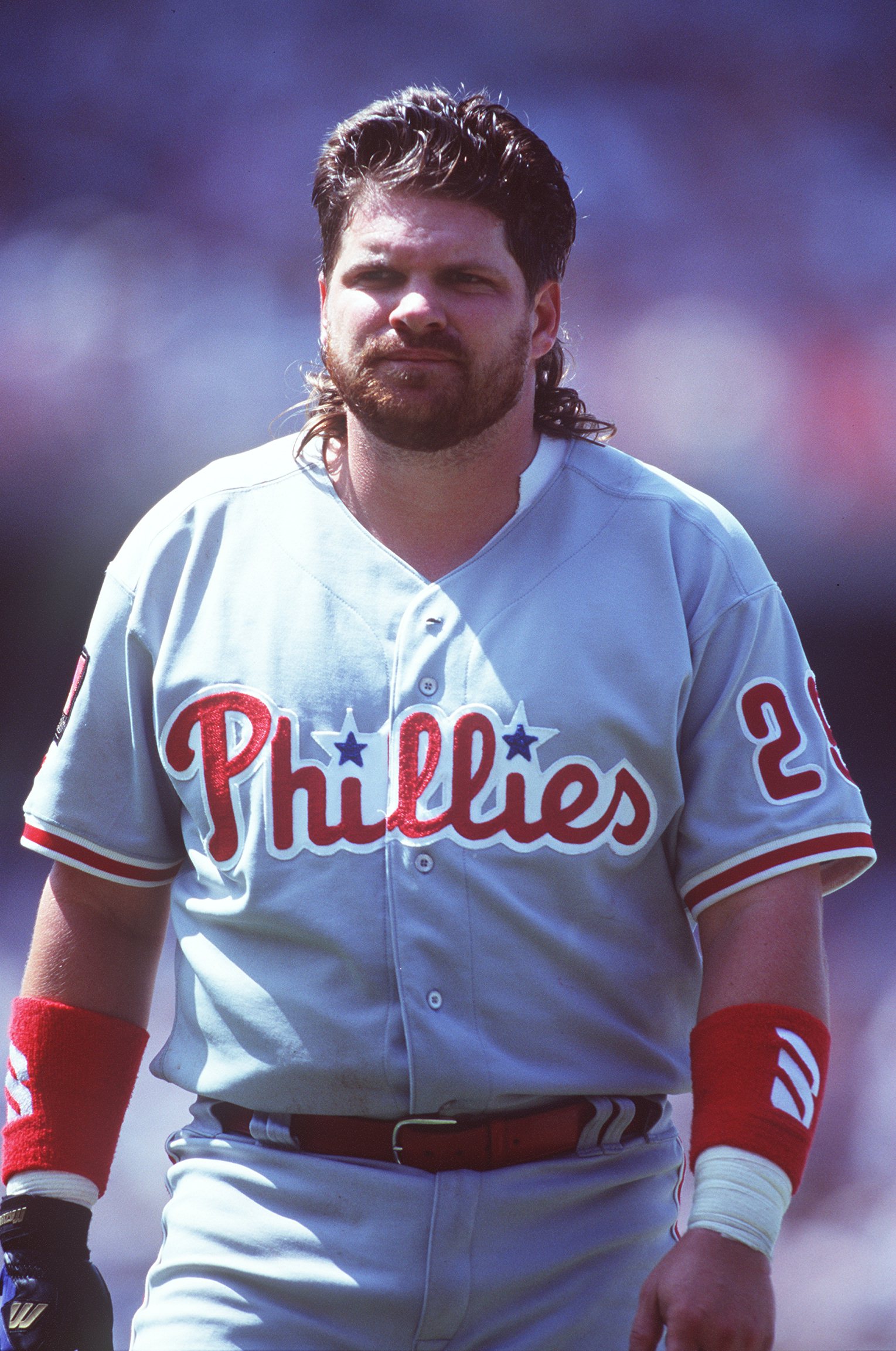 This just in: ESPN has a new bias to overcome, "employment priority to the mullet." Kruk, currently an analyst for the ESPN, will always have a conversation starter with co-worker Barry Melrose. Both held on to their mullets just a bit too long.

"Hello everyone, my name is John Kruk and I am addicted to the memory of my mullet and can't let it go." 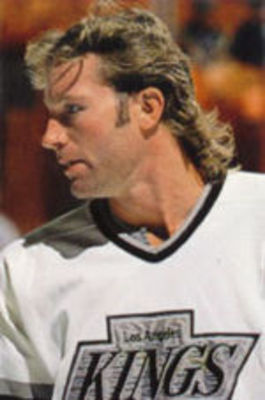 McSorley had it all in his playing career: A reputation as a smash-mouth enforcer, a budding TV and film career and a sick mullet.

McSorley appeared in films like Bad Boys and Con Air while playing in Los Angeles for a hockey team and beating up opponents. Who wouldn't want to be him? Only someone afraid of shampoo and conditioner. Really, it's a medically-recognized fear. What's so funny? 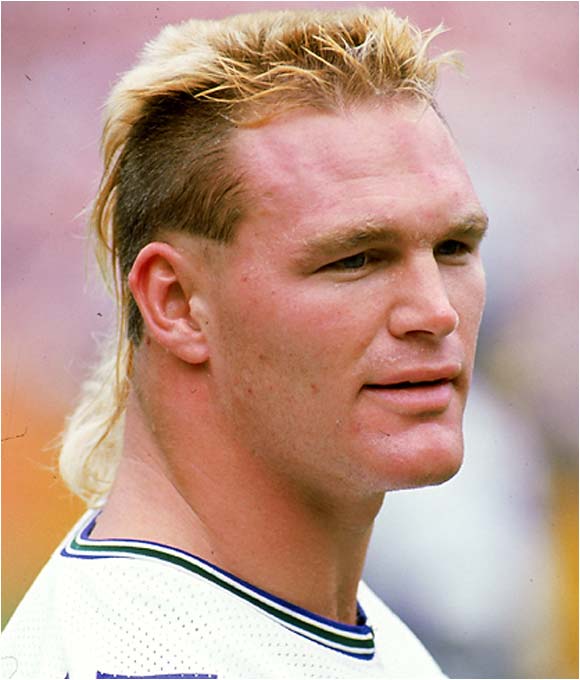 Bosworth is a Texan that played for Barry Switzer at the University of Oklahoma, so football was anything but a hobby for the mulleted man.

In case you are also wondering, mullets do have ties to drug use. Bosworth admitted in his autobiography, "The Boz," that the Oklahoma Sooners football program was laden with drug users in the '80s, which led to the resignation of Switzer as head coach of the Sooners. 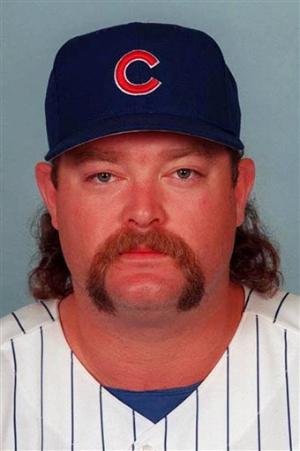 Beck was a dominant relief pitcher in his 14-year MLB career. He was the spitting image of Harley riders everywhere and his mullet will certainly be his legacy.

Rod Beck died in June 2007 of an apparent cocaine overdose. He will be missed around the league and should certainly be remembered for his MLB performance and that seriously sweet mullet.

Word has it "Eck" hates it when you call his haircut a mullet. So for the sake of this countdown, we issue him a sincere apology, but respectfully decline to call it anything else but a mullet.

Wear it proudly Eck! You were a trendsetter and an amazing relief pitcher, two legacies that will always live on! 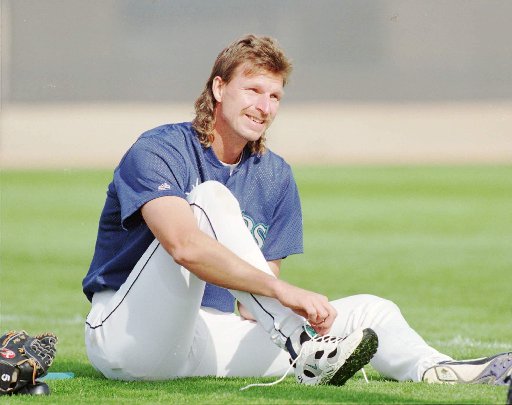 "The Big Unit" was so-called by late, legendary Seattle Mariners broadcaster Dave Niehaus because of his 6'10" stature and dominant sidearm delivery.

However, his "unit" up top was the stuff of legend. Who wouldn't fear this guy in a late '80s biker bar? The guy looks like he grew up in a trailer park and a broken home, only to become huge and angry. 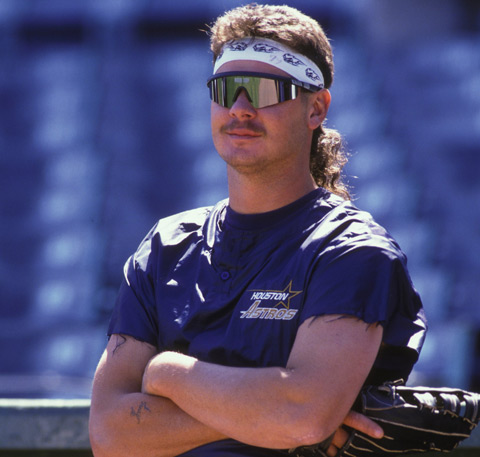 Mitch Williams will forever be known as the Philadelphia Phillies pitcher that gave up the series-winning home run to Joe Carter of the Toronto Blue Jays in the sixth game of the 1993 World Series.

However, the current MLB Network studio analyst can't escape the throw-back photos of this sweet mullet, headband, sunglasses and cut-off sleeve combo look from his earlier days with the Houston Astros. 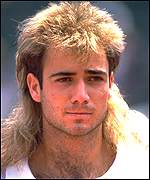 If you remember Agassi before the cue-ball days, you remember him as having a flowing, well-conditioned mullet from the top of his head to his middle-back.

However, in his tell-all autobiography Open, Agassi revealed his addiction to methamphetamine and that his trademark flowing main was actually a sophisticated hair piece. Like those shirtless outbursts and over-the-top wigs were fooling anybody... 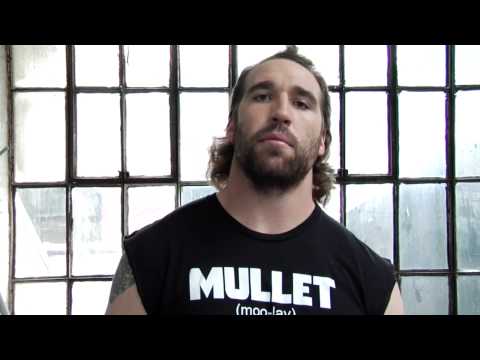 I have to admit, I think Jared Allen's mullet is pretty sweet, although it pains me to do so because he's so outward about how cool he thinks it is.

I completely agree with Allen that the mullet needs a 2000s spokesperson, and since no one else wants to do it, Allen is our man!

Seriously though, the guy has gone all out, even making a video on the mullet and getting busted three times for drunk driving. Now that's devotion! 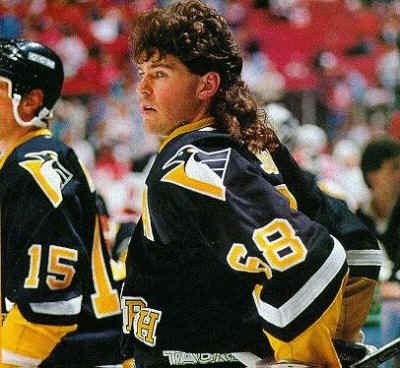 Jaromir Jagr won two Stanley Cups as a member of the Pittsburgh Penguins and is regarded as one of the best wingers to ever play in the NHL. He was certainly all-business on the ice, but when he put his helmet on, he let the party live on.

Jagr also had gambling problems which sometimes underlined his NHL successes, all while unknowingly epitomizing the mullet.