2011 NHL Trade Deadline: Which Pittsburgh Penguins Could Be on the Block? 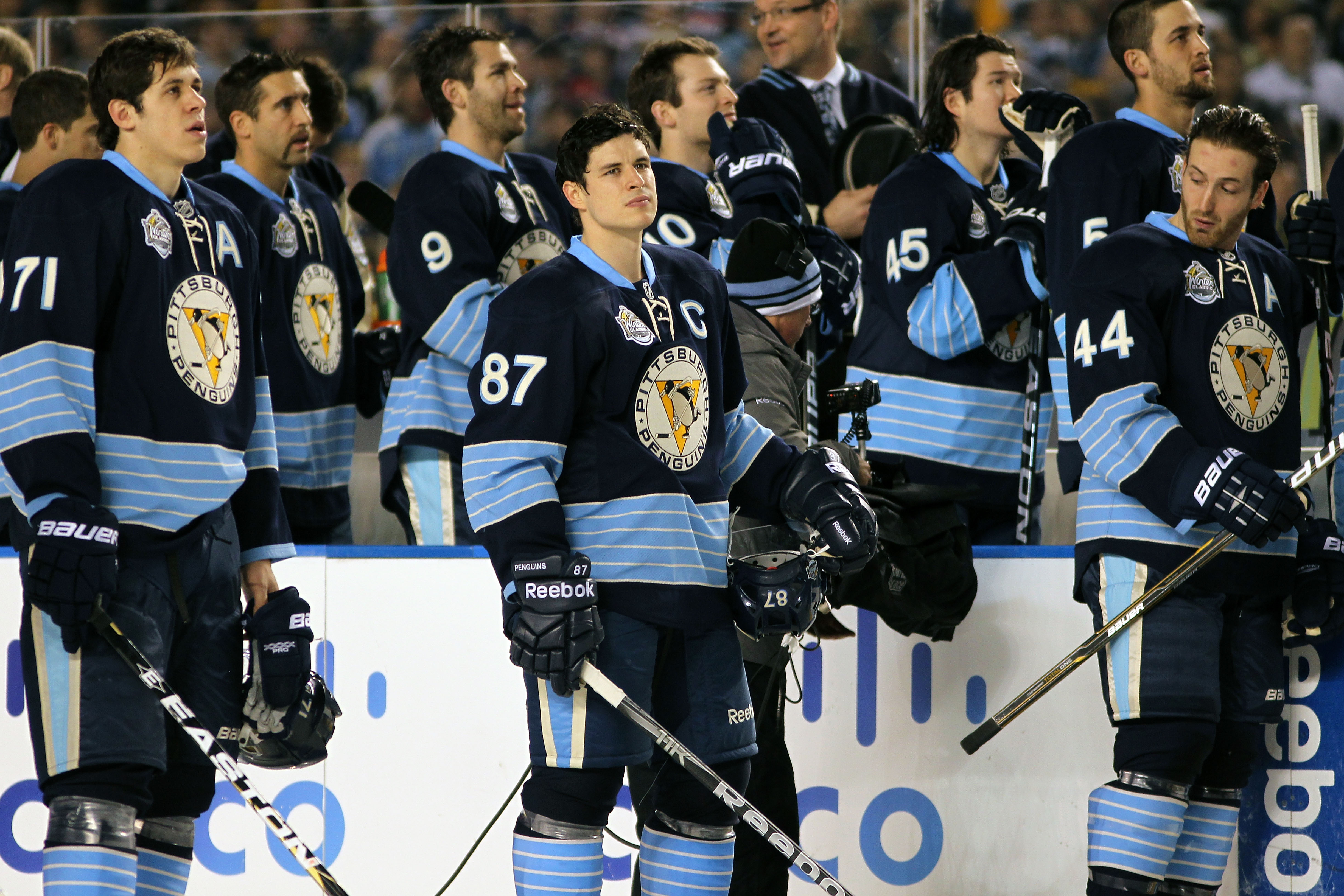 The 2011 NHL trade deadline is on Monday, Feb. 28. Just like always, no one, except for a few star players, is exempt from being traded. Anyone could get the call from now until next month that they are going to a new city and will be wearing a different jersey.

In this slide show, we will take a look at which Pittsburgh Penguins players could be traded this year.

In order to compile this list, I looked at individual performances as well as which players have become expendable due to contract extensions or performances of their teammates.

There are two things this slide show is not:

A list of trade rumors indicating where players could be heading. I did not do any research on which Penguins were involved in rumors, if any.

Trade proposals stating which players can go to which teams.

If you would like to have discussion on any of the above, you are welcome to do so in the comments section.

Furthermore, if you want to suggest a player not named for the chopping block, you can do so in the comments. 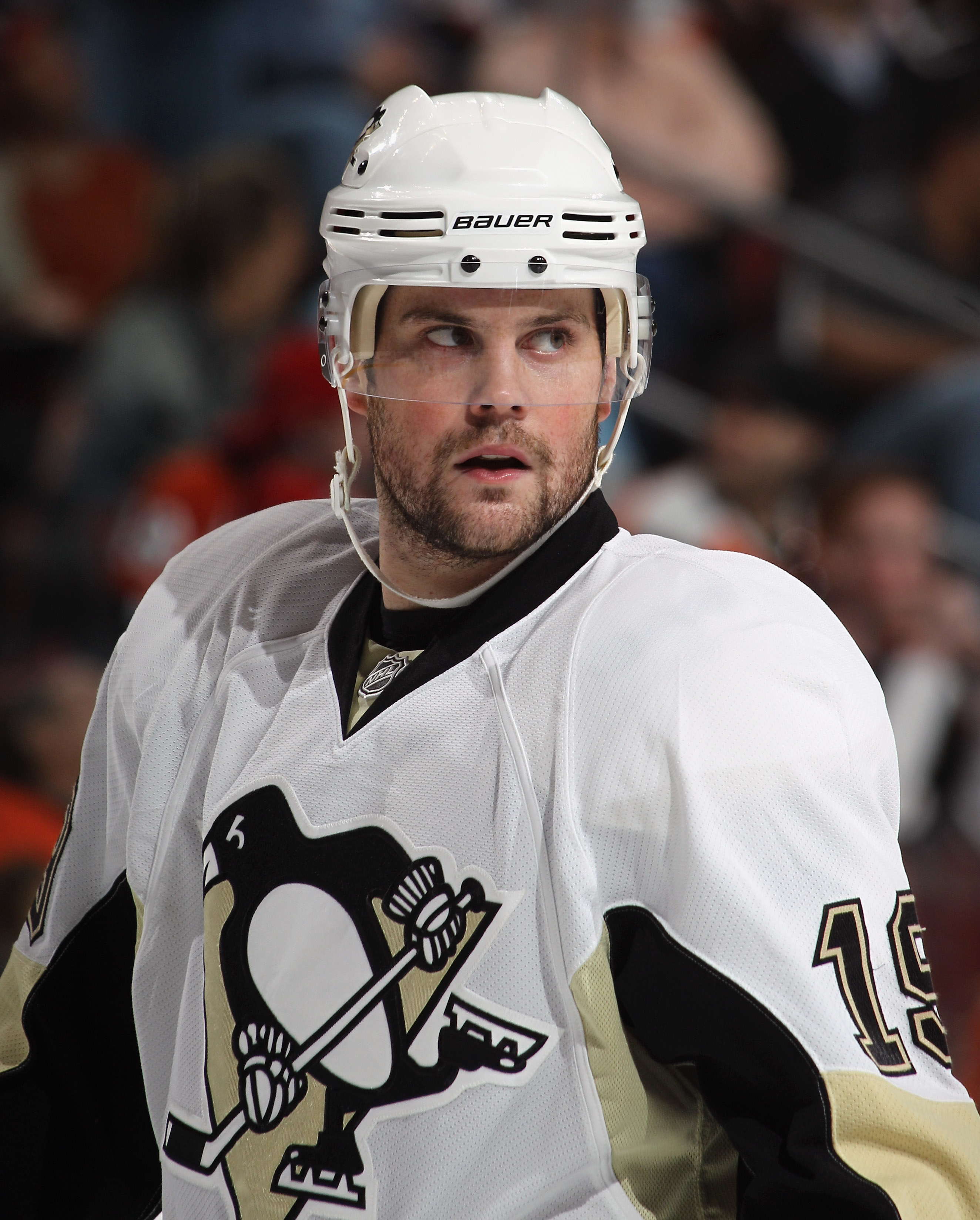 Why He's (Unfortunately) Not on the Block:

Injured NHL players cannot be traded. They have to remain on the roster or be listed on the long term injured reserve. Comrie is currently out for 3-4 months to recover from hip surgery.

Why He Would Be on the Block:

Comrie was brought in to Pittsburgh on the cheap, but he is not doing what he is paid to do.

Prior to his surgery, he had played in just 16 of 40 possible games and tallied five points with a minus-four rating. He came in as a projected 20-point scorer and even had as many as 60 points earlier in his career.

Comrie is also a mediocre defensive player. This is the fourth straight year he has posted a negative plus/minus rating.

If Comrie were healthy, his performance would not be enough to keep him in the lineup, and he would be a likely candidate to pack his bags. 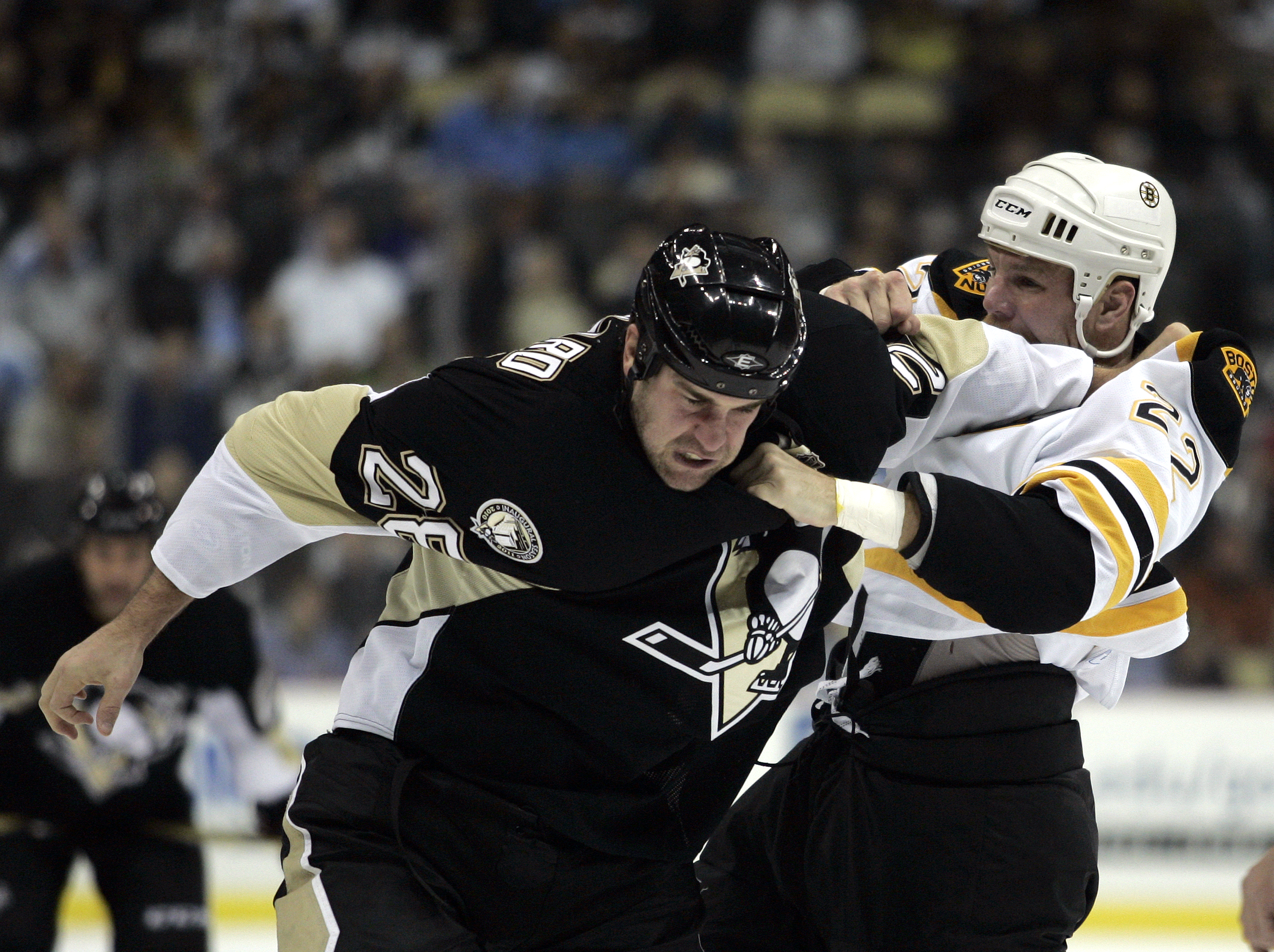 Time Left on Contract: UFA after this season

Godard has been redundant for awhile already due to the additions of Matt Cooke and Deryk Engelland. Engelland can do the same thing Godard does for less money, while Cooke is worth the three-year extension he received over the summer.

Not only can Cooke fight (he has 62 penalty minutes in 40 games), he can contribute to the offense. He currently has 18 points and a plus-11.

Godard, on the other hand, has just one assist and is a plus-three.

If Godard is not out of Pittsburgh once the trade deadline passes, I will be very surprised. 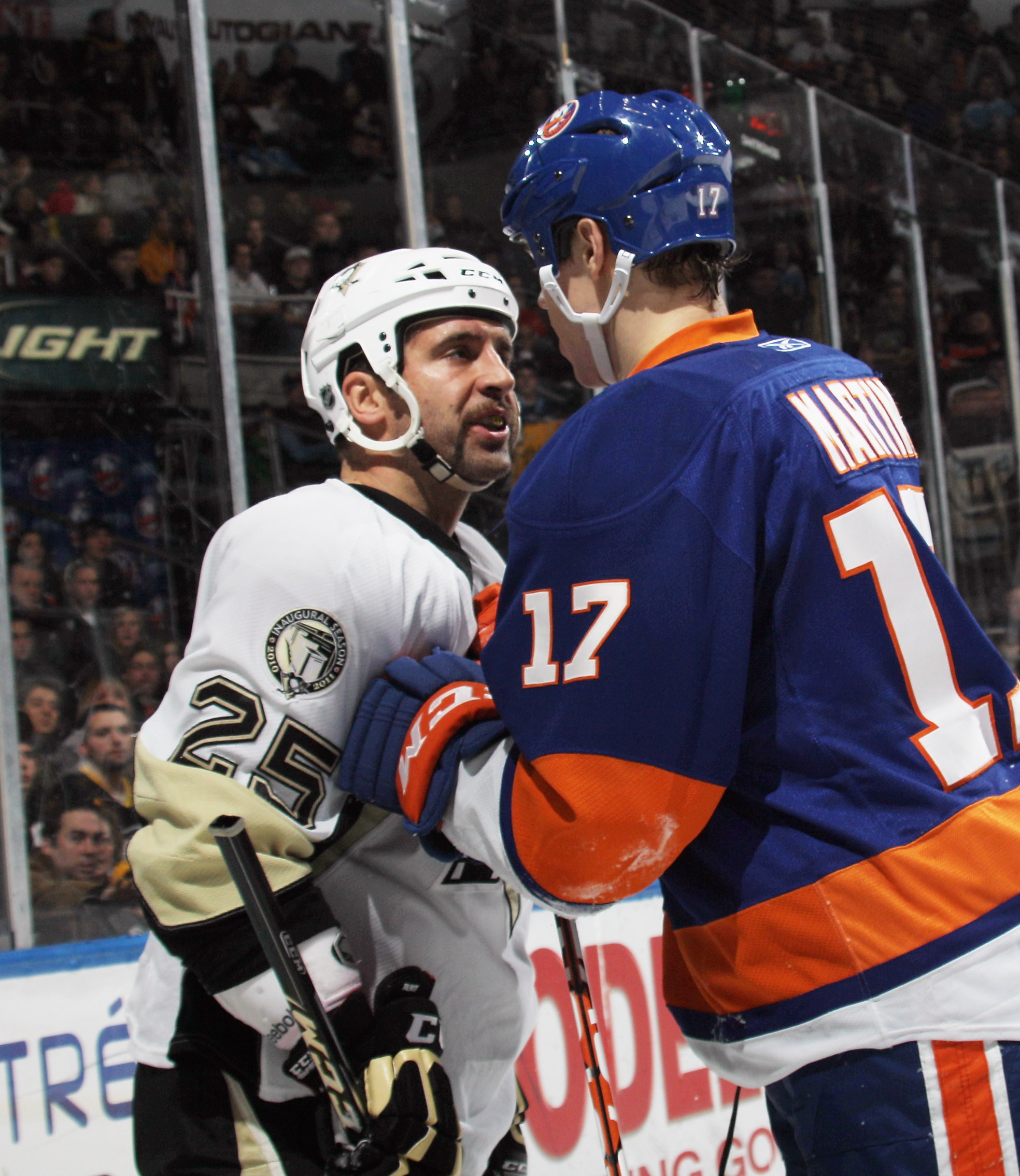 Time Left on Contract: RFA after this year

Talbot will always be somewhat of a hero among Penguins fans for scoring two goals in Game 7 of the 2009 Stanley Cup Finals. Of course, his goals helped the Pens bring home their third Stanley Cup.

However, that isn't enough to keep him around long-term.

Last year, Talbot only got in 45 games due to offseason shoulder surgery. However, he only posted seven points in those games and had an abysmal minus-nine rating.

This year, he is rebounding with 11 points and a plus-two through the first 40 games, but will he be able to get back to the Stanley Cup season, where he was a 20 point scorer?

Talbot is also being outplayed by Mark Letestu, a rookie who is also a center and about the same size (Talbot is 5'11" and 190 pounds, while Letestu is 5'11" 195). Letestu started the season on a roll and currently has 17 points and a plus-four rating. He does very little wrong in his overall game.

Max may be a great character guy who does funny commercials for car dealerships, but that's not what the Penguins are looking for. 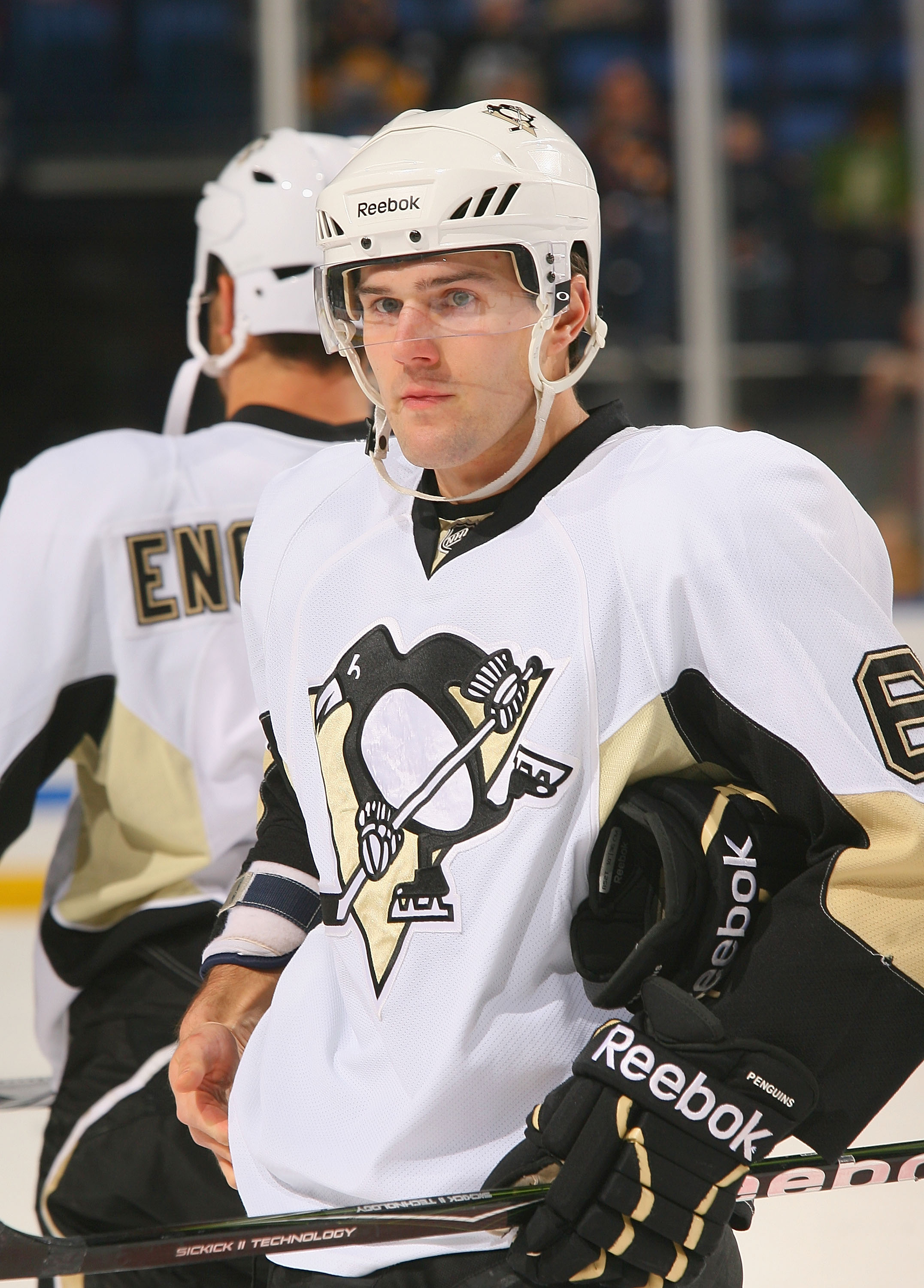 Lovejoy came into this year's training camp as the prospect most likely to earn a fulltime roster spot. He has done that, but there is a catch: He has lost out on playing time to Deryk Engelland, an AHL journeyman who won over Penguins coaches and management enough to get a three-year contract extension.

Engelland's extension, which was announced on Monday, could spell the end of Lovejoy in Pittsburgh. He has only been in 18 games this year and has four points with a plus-one rating. While those aren't terrible numbers for a defenseman, many are wondering how he has not stepped it up to earn more playing time.

It is also not likely that Ray Shero would opt to keep Lovejoy over Alex Goligoski. Goligoski started the season in Pittsburgh in 2008-2009, just his second professional season. Last year, he had 37 points and a plus-seven rating.

Currently, Goligoski is sixth in the NHL with a plus-17 rating and has 18 points.

Engelland and Goligoski have earned their spots to keep, while Lovejoy has not. With a defensive corps that also includes Paul Martin and Zbynek Michalek, who were established NHL-ers before they signed five-year contracts, Lovejoy is the odd man out. 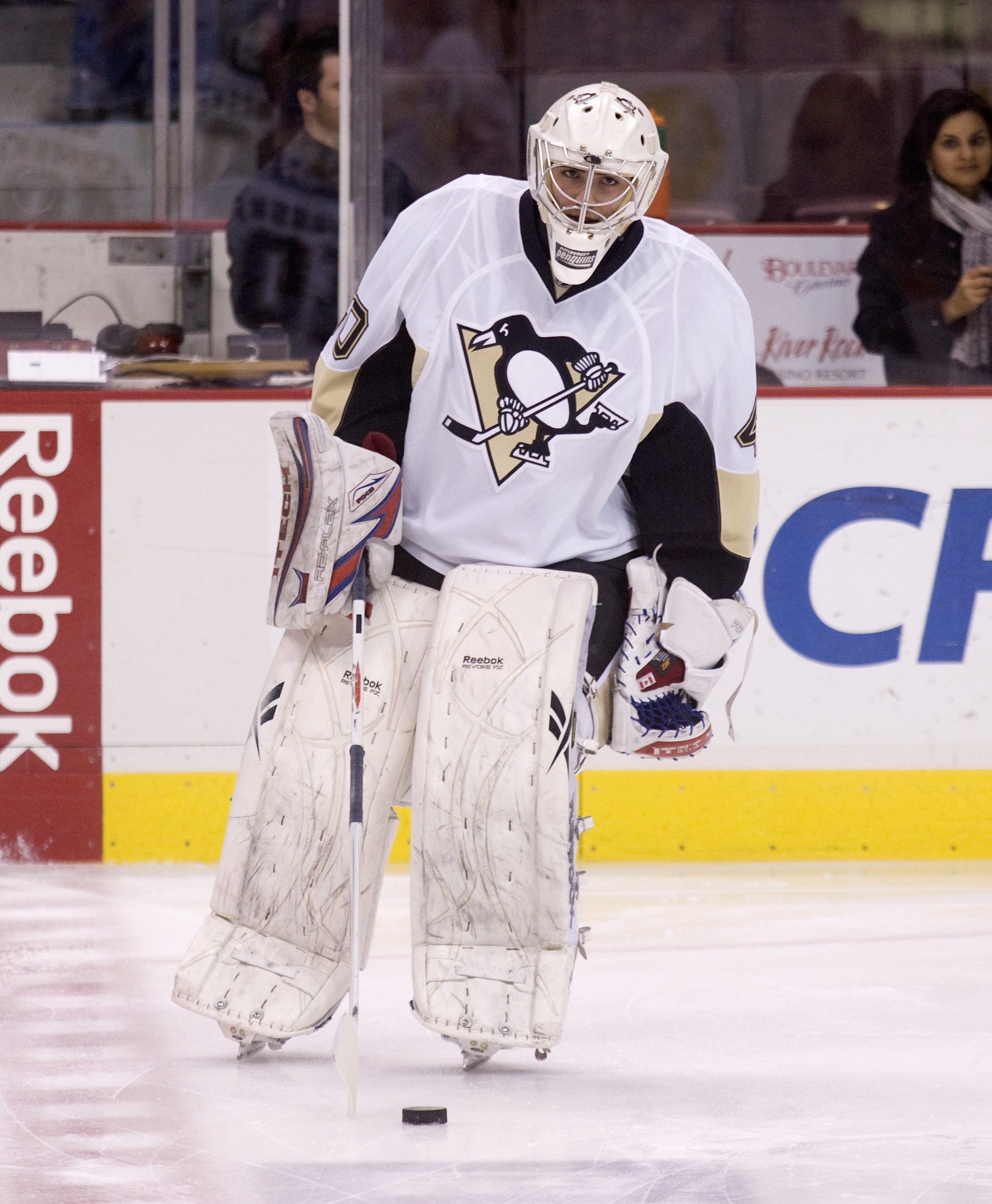 This slide will cover two prospects who could be used in minor moves or in exchange for other NHL-ers.

Veilleux can contribute a lot to a lineup when he is healthy. He can drop the gloves and score points and is a nice size at 6'5" and 218 pounds.

However, in 2009-10, he was limited to just nine games after suffering a shoulder injury. He is currently out of the Wilkes-Barre/Scranton Penguins' lineup with a leg injury, the second time this year he has dealt with an injury.

Veilleux's future in the organization will depend on whether or not the Pens can risk keeping a fragile player around.

Pechurskiy is currently being outplayed by the Penguins other goaltending prospects. He was placed on waivers by his WHL team, the Tri-City Americans, because he was over the team's age limit at 20-years-old. At the time he was waived, he had a record of 2-0-1 with a .861 save percentage and 3.60 GAA.

He currently plays for the Mississippi RiverKings of the CHL, where his record is 8-6 in 16 games played. He has posted a .893 save percentage and 2.94 GAA.

Pechrurskiy is most known among Penguins fans for appearing in a January 2010 game against the Vancouver Canucks after John Curry got pulled. Although the Pens lost, he had a 1.69 GAA and .923 save percentage.