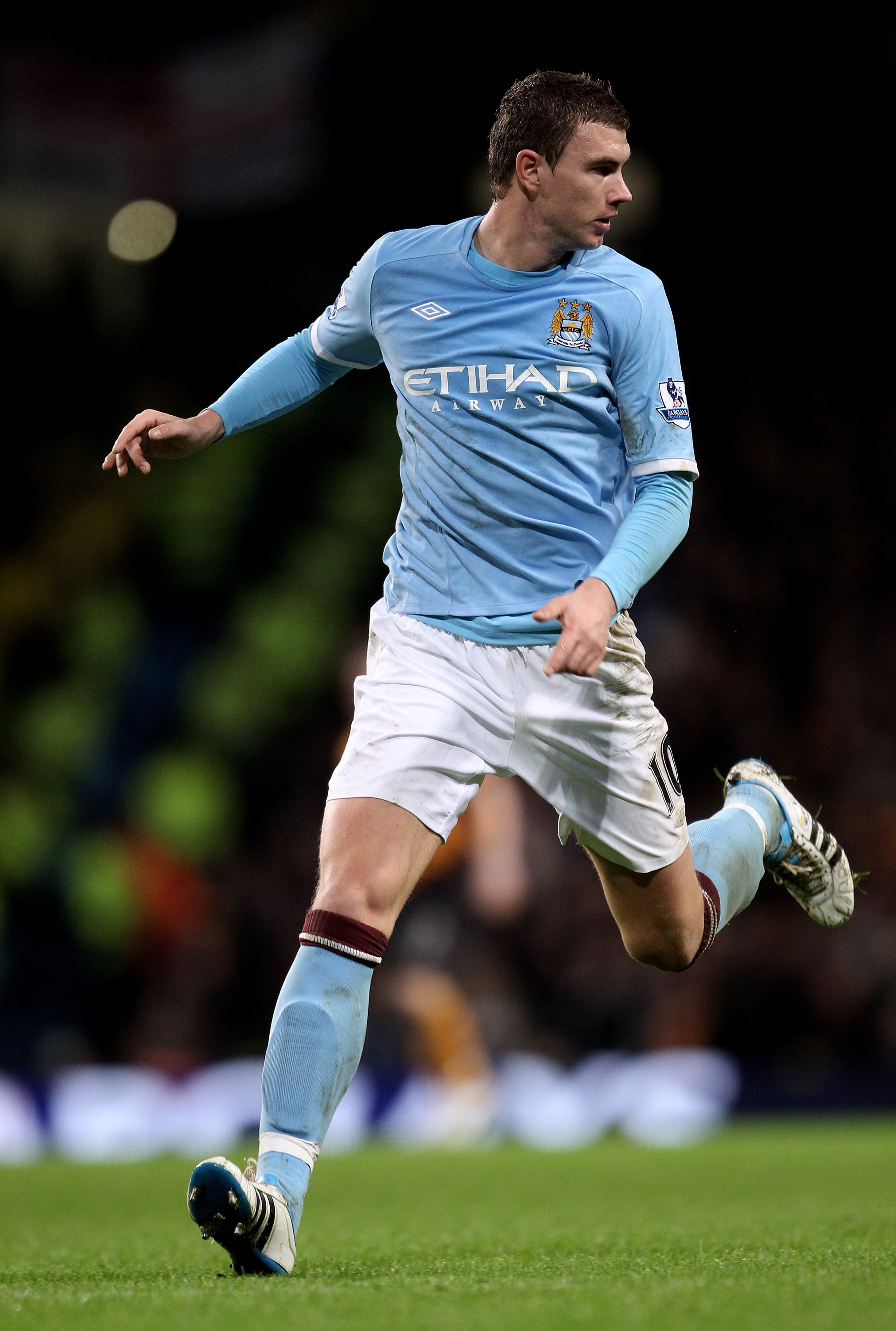 With numerous rumours making the rounds of possible transfer of players, it is one big confusing condition.

In the following slides, we will look into the top 10 possible January transfer rumours that might get fruitful before the transfer window closes. Be it Luiz arriving at Chelsea or Suarez becoming Reds', we take a sneak into the rumours that are most likely to happen. 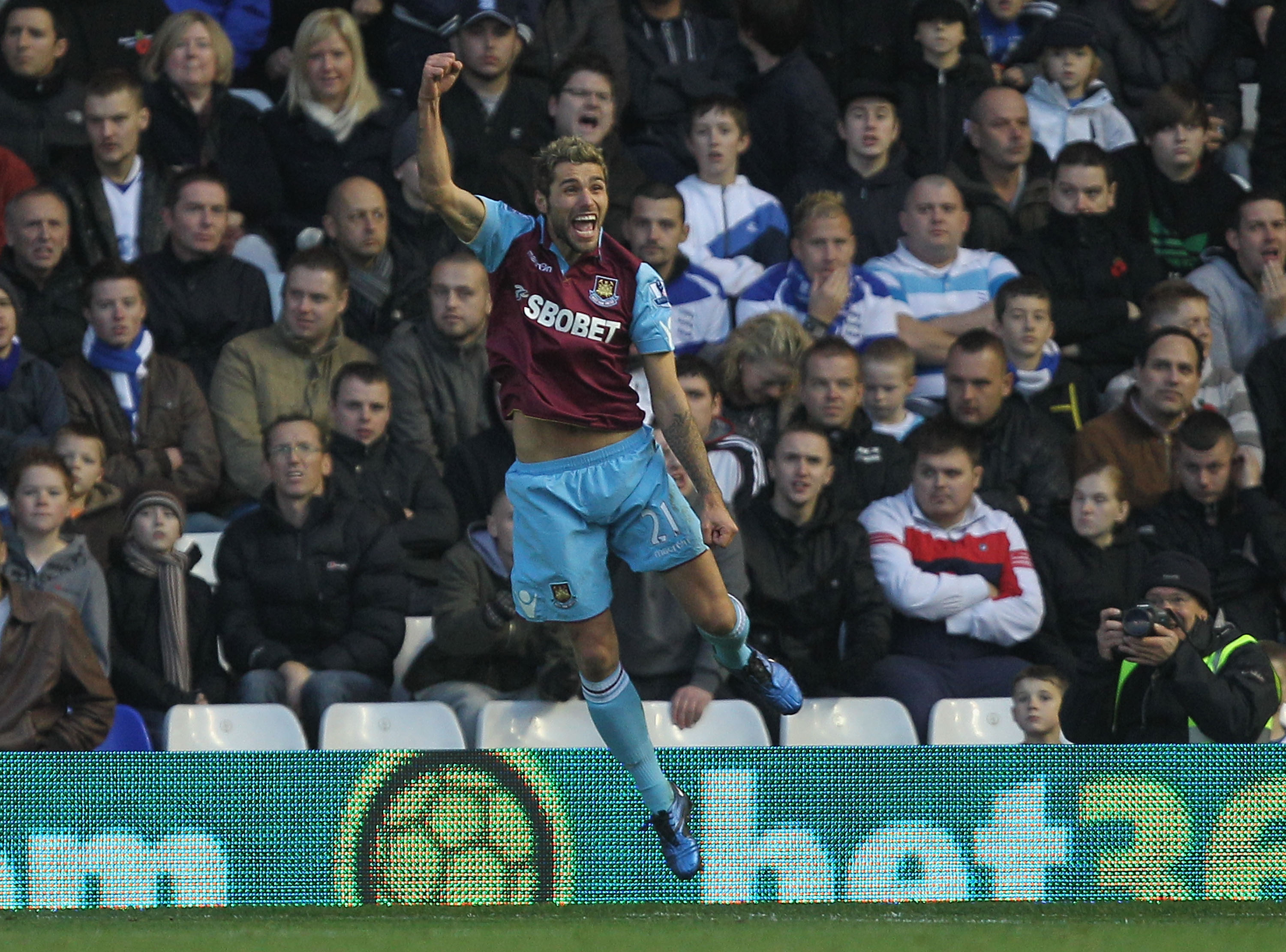 West Ham's estranged midfielder Valon Behrami is looking for a way out of Upton Park, his most preferred being Italian side Fiorentina.

The 25-year-old midfielder has cited problems for his partner as the reason for him to leave England. With the likes of Juventus, Genoa and Palermo expressing interest in the midfielder, this month might be the last of the Swiss player at West Ham, where he arrived two years ago from Italian club Lazio.

Adebayor To Move out of Eastlands 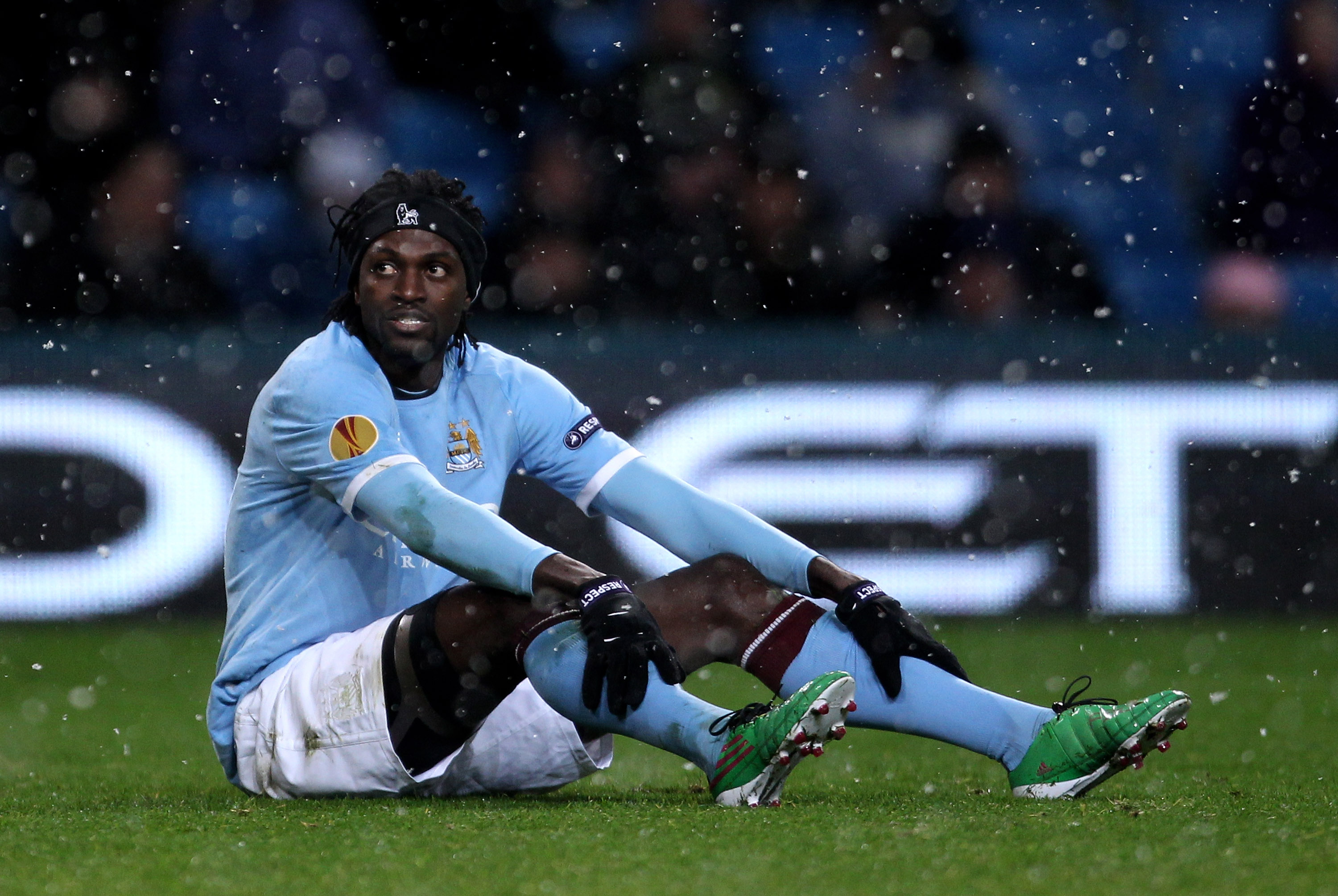 Manchester City's unsettled striker Emmanuel Adebayor is looking likely to move out of the Eastlands.

With Mancini signing Bosnian goal machine Edin Dzeko as his first buy this month, Adebayor looks set to move out to a new club to get more playing time. With a handful of quality strikers at his disposal, City boss Mancini already has a trouble of choices, and Adebayor looks very unlikely to get much preference ahead of the expensive City strikers.

With Italian club Juventus expressing their interest in the Togo and former Arsenal star, it seems that Ade might end his miserable outing at the Eastlands. 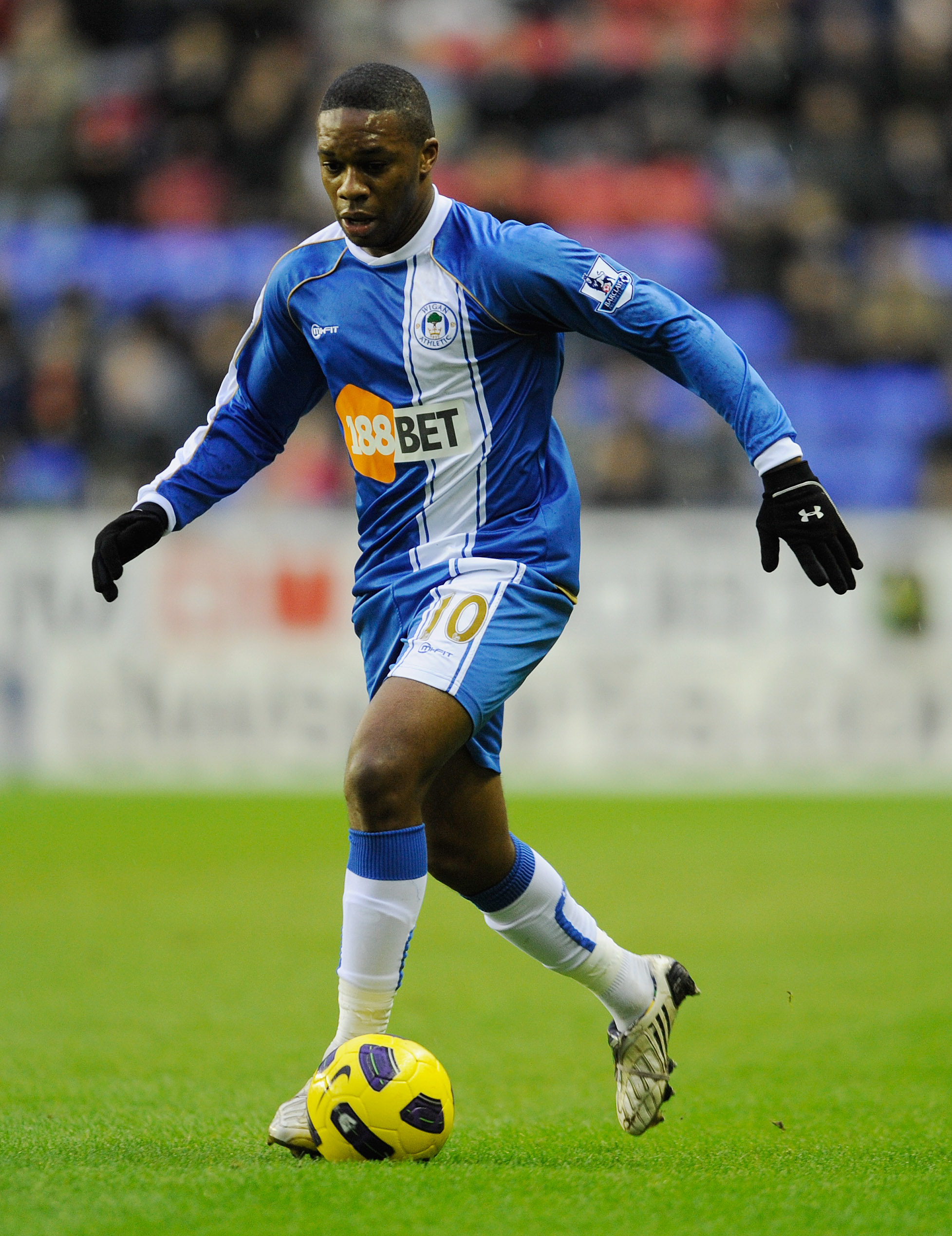 Rumours are growing of a possible move for Wigan's impressive midfielder Charles N'Zogbia this month.

With Sunderland looking to bolster their squad, manager Steve Bruce has expressed his interest in signing the winger from Wigan, who are languishing at the bottom of the club.

With Wigan boss revealing that the club will not block any move for their highly-rated winger, it seems that N'Zogbia might be headed for a Premier league club. 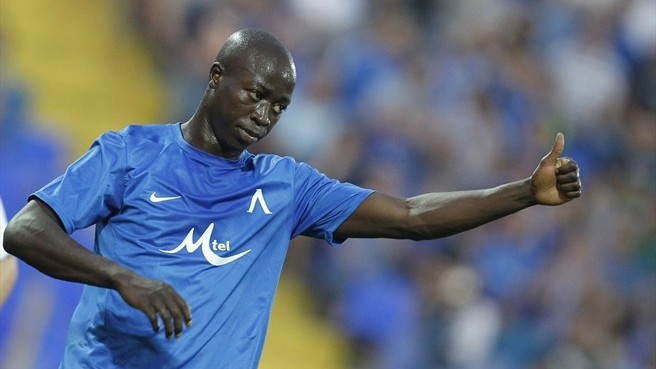 Scottish side Celtic have been rumoured to be in talks with Levski Sofia over their promising sensation Garra Dembele.

The 24-year-old has been in blistering form in front of the goal, scoring 26 in an equal number of appearances. Celtic are looking to bolster their attack by signing a striker, and Dembele could be the ideal solution. With no other club likely in the race to sign the French goal machine, it seems Celtic might easily land their man this month. 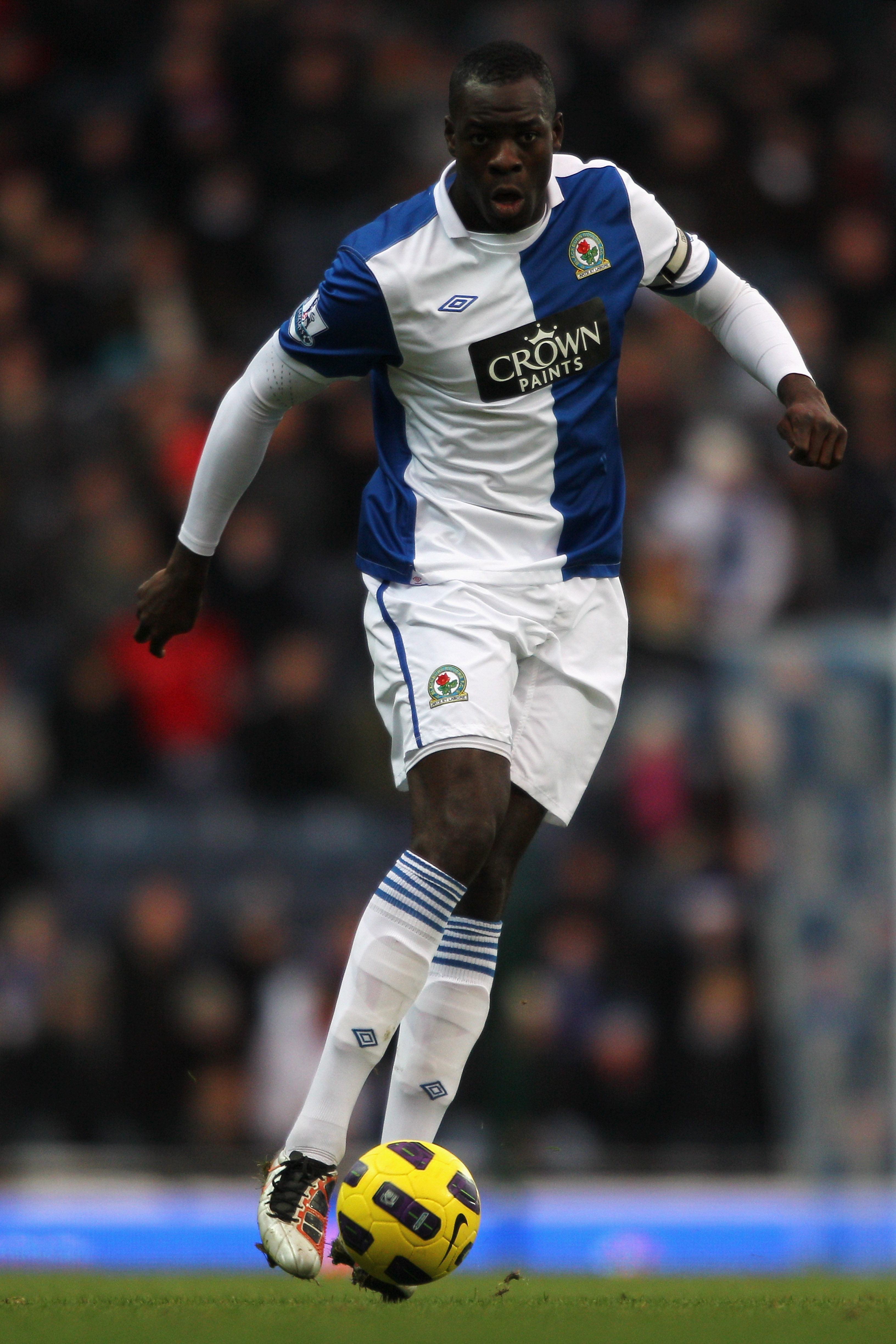 Blackburn's unsettled centre-bakc Christopher Samba is looking for a way out of Ewood Park. The French defender had earlier expressed his objection in Sam Allardyce's shocking sack.

Samba had made known his interest in leaving the club. His claim that Aston Villa have contacted him shows his inclination to leave the club as early as possible, and with Villa looking for defenders to bolster their defense, Samba might be a Villan before the end of this month. 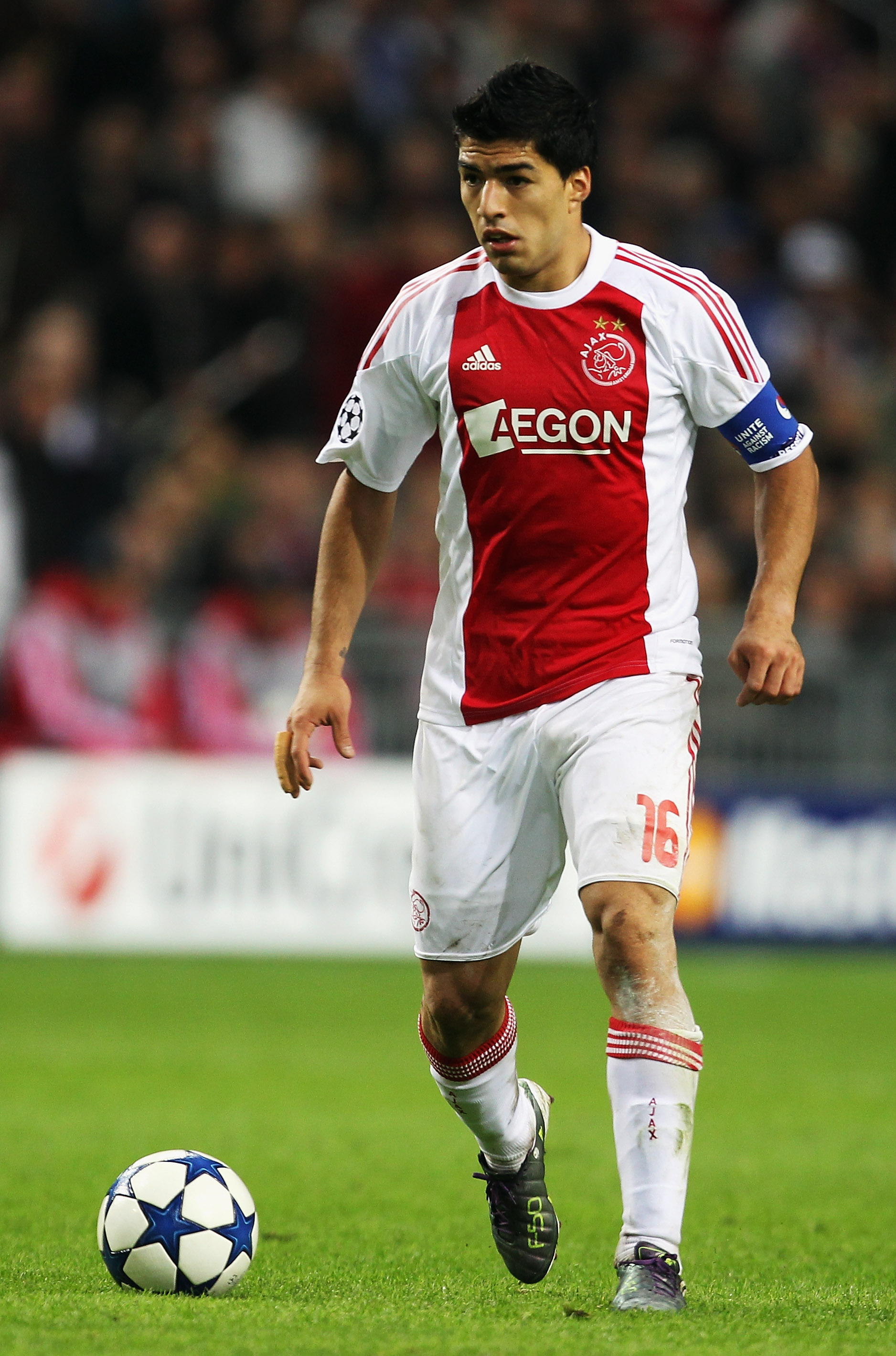 The player Liverpool have been associated with during most of the transfer window so far is Ajax's Luis Suarez.

With the exit of Hodgson and Liverpool legend Kenny Dalgish being handed permanent managerial duties, new signings were promised in January. Liverpool have expressed interest in securing the Uruguayan striker's services, and speculation is going rife that Liverpool are on the verge of signing him before the transfer window closes.

Liverpool are looking to make a big signing with hopes of recovering their so far poor season, and Suarez could solve their troubles up front. The two clubs are presently in talks over the fee for the highly-rated striker, and before the window closes, we might see Suarez moving to Anfield. 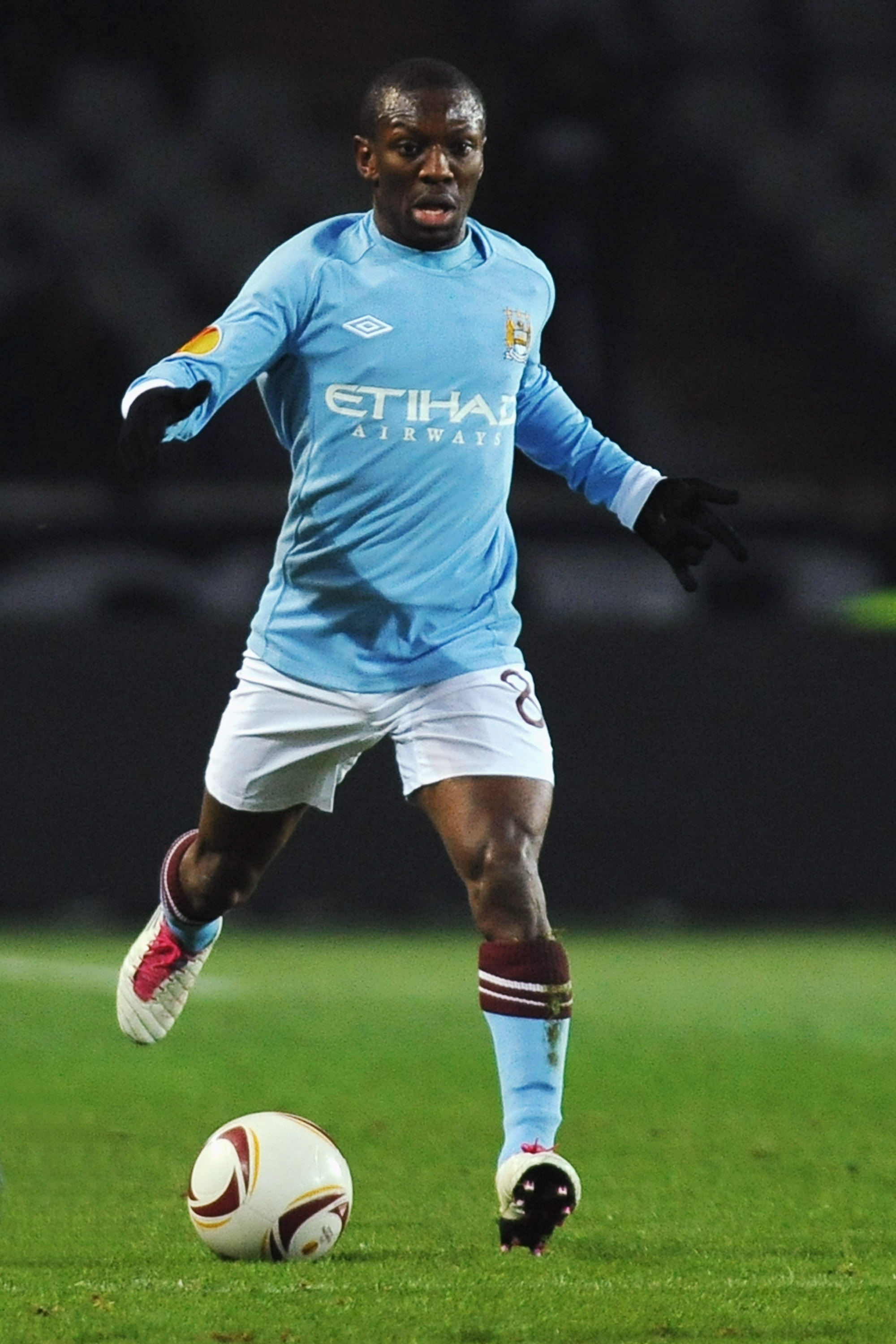 With Manchester City looking to offload many of their players this January in order to cut down their expenses, former Chelsea man Shaun Wright-Phillips looks likely to be given the axe.

The England star, who failed to match his success at Stamford Bridge, has rarely taken the field this season, and with the arrival of star players, it seems his days are numbered. The 29-year-old was a success during his time at Stamford Bridge, but since he moved to Manchester City, the England winger has been a shadow of his past.

Numerous clubs have shown interest in the talented winger, with Fulham most likely to get his sign. Fulham are looking to rejuvenate their squad in order to recover their season, and Wright-Phillips might be their ideal solution. The Englishman has the chance to prove his worth at Craven Cottage, and this could be one of the lucrative moves this month. 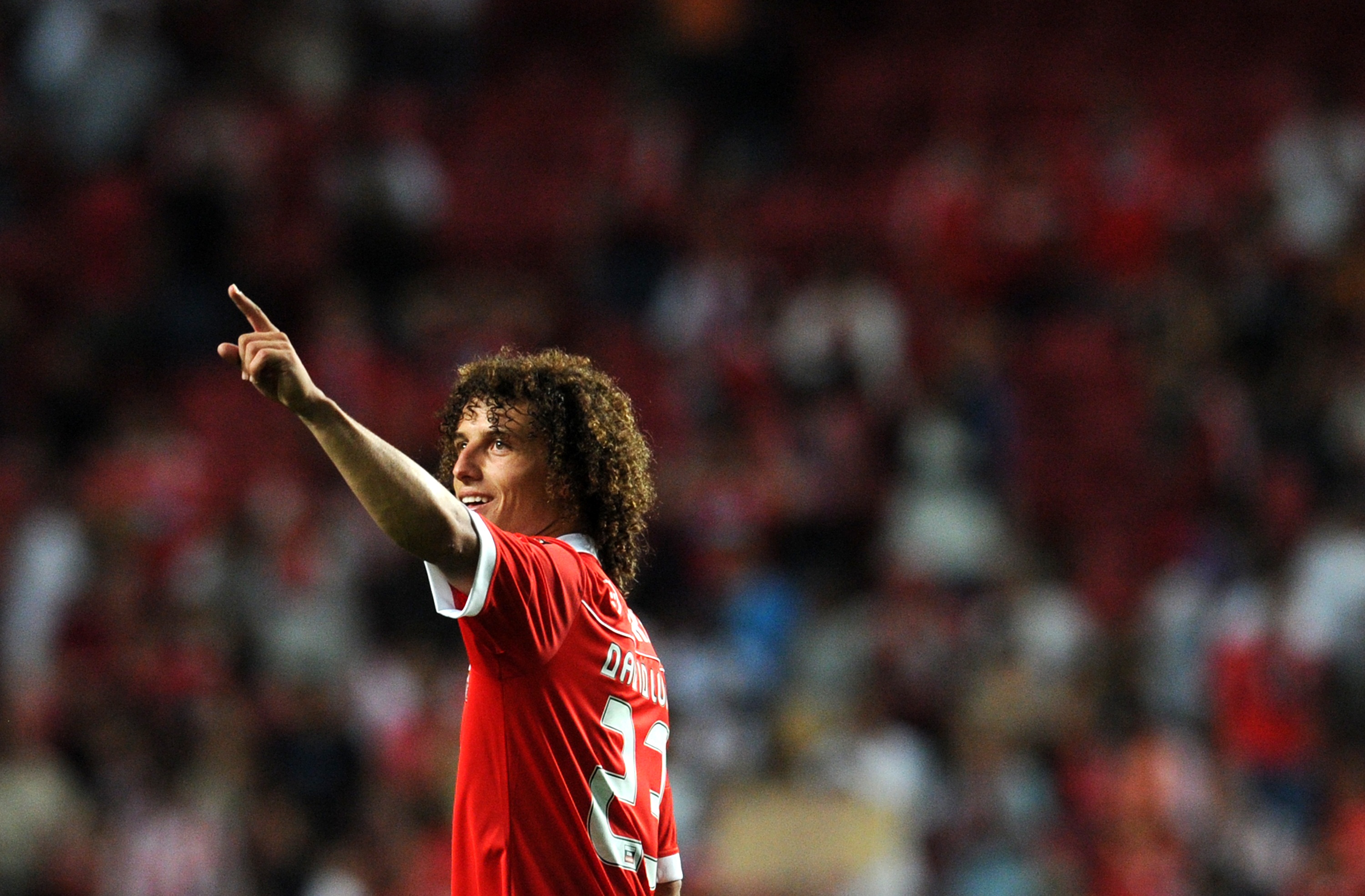 Last season's Premier League champion, Chelsea have seen a windfall in their fortunes over the past two months. A plethora of shock losses and drawn matches have cost them their league leader position and seen them fall behind in the league race.

The reason for the Blues' debacle was seen as injuries to their top players and lack of depth in the bench. Though Chelsea manager Carlo Ancelotti was reluctant to sign any new players in the winter transfer window, the sudden form dip forced him to look for new signings.

Benfica's highly-rated Brazilian defender David Luiz was long in the radar for Chelsea, and the West London side had seen their approaches to sign the defender in the summer hit a stumbling block. This time though, it looks likely that Chelsea will secure the Brazilian's sign, as Benfica has already brought on backup for Luiz. With Chelsea launching another renewed bid after their two earlier bids were rejected, it seems that Luiz might wear a Blues' jersey before Chelsea visit Reebok stadium on Monday night.

Carew a Potter till End of Season 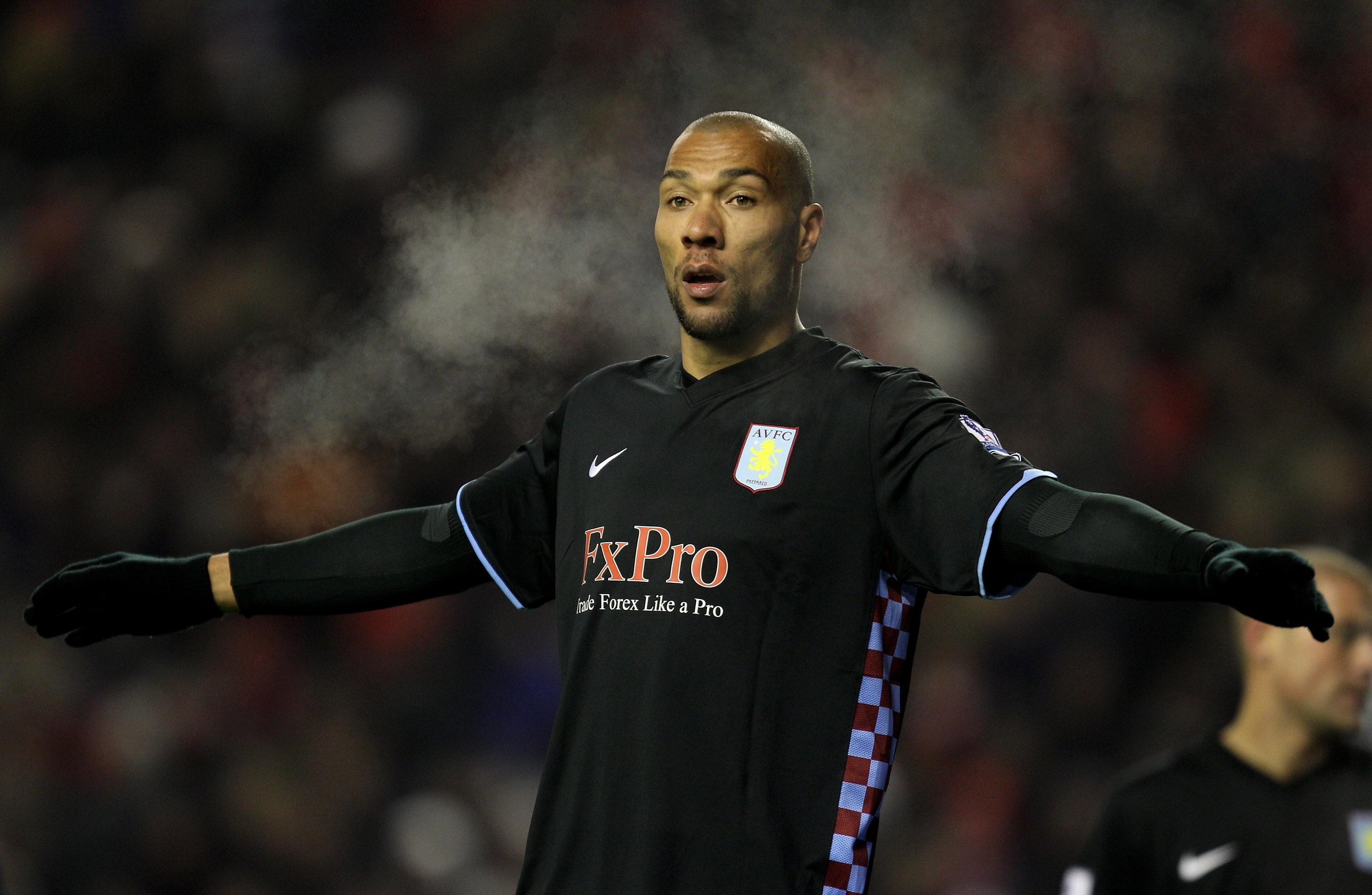 The latest transfer news is gathering strength slowly. Stoke City have made a bid for Villa's out-of-favour striker John Carew on a season-long loan spell.

The Potters have made public their intentions, and with the latest news that Carew had a medical, it seems that the move might happen within a few quick days. Stoke City, who did not have a very good first half to the season, will be looking to strengthen their strike force with the signing of Carew on a season-end loan.

Carew, who might see his playing time further reduced with the signing of Darren Bent at Villa, also will get a chance to play more at Stoke. 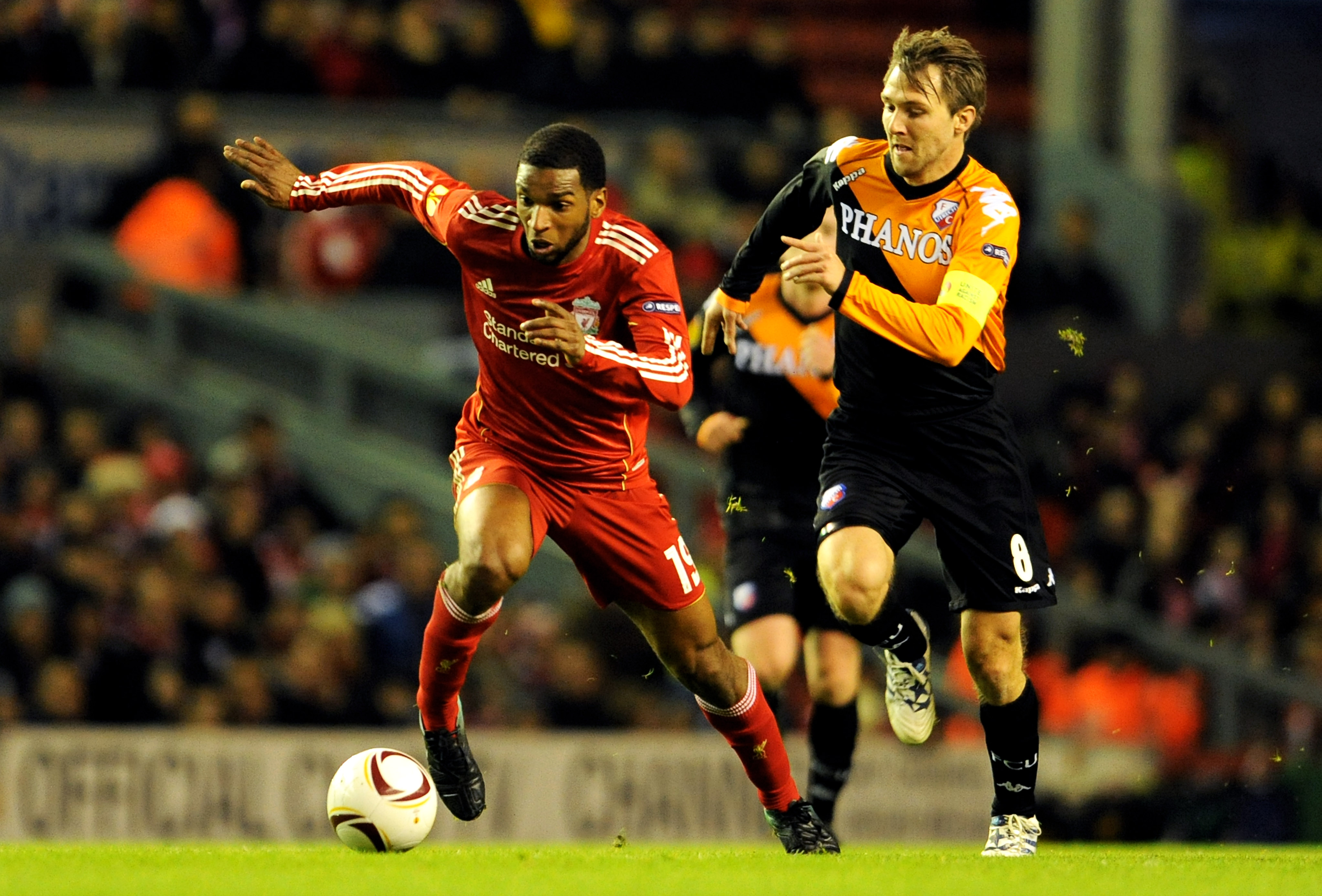 The promising Dutch striker looks to end his miserable time at Anfield with a move to the German side. Babel has made only occasional appearances since his move from Ajax to Liverpool three years earlier and was looking for a way out in the summer.

With Liverpool looking to offload a number of their players for bringing in new players, Babel's departure was imminent, and with Liverpool accepting Hoffenhiem's bid, it is only a matter of time before the Dutchman moves to the Bundesliga.