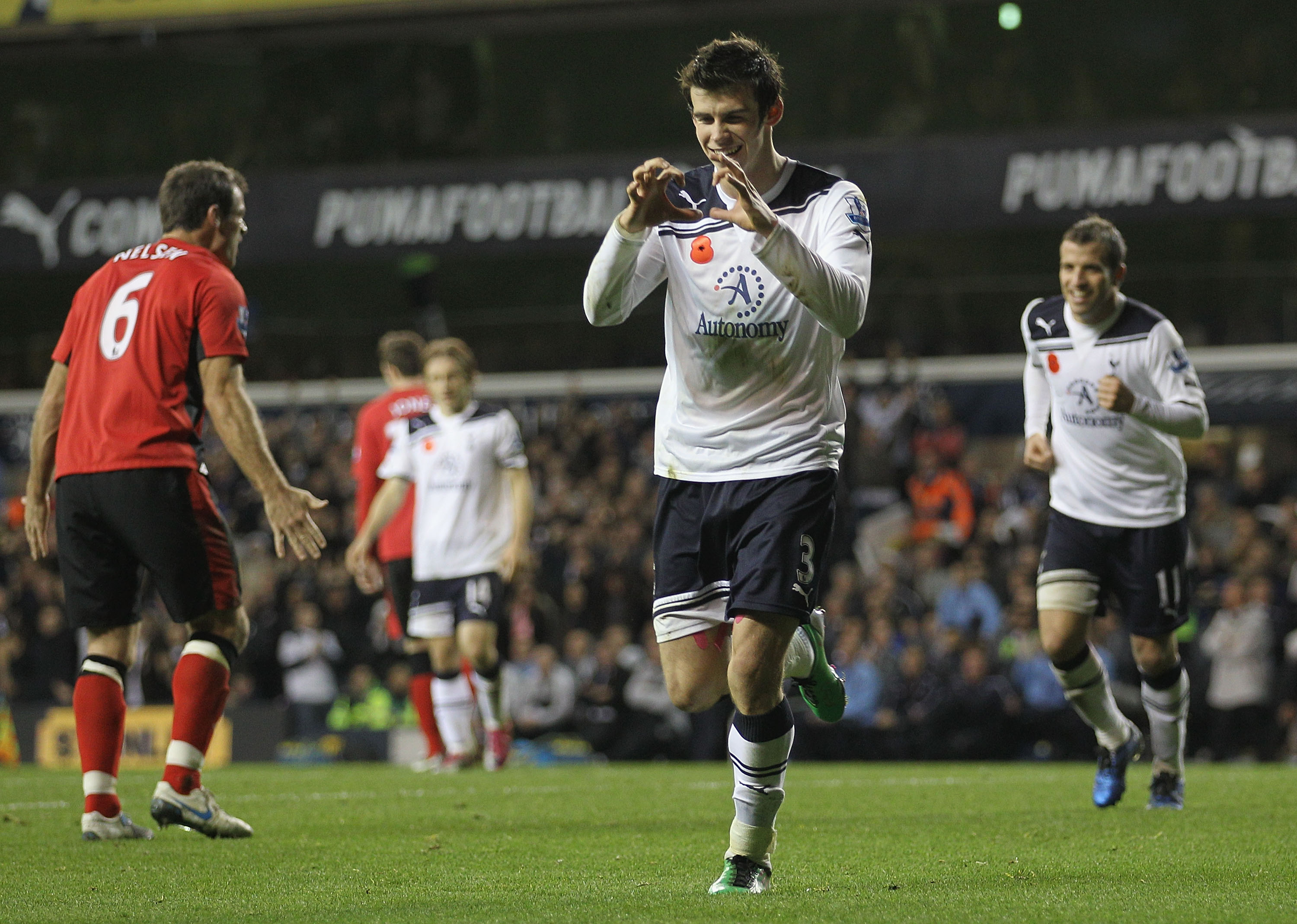 2010 has been a busy year with a World Cup and an African Cup of Nations in addition to all the usual domestic and international club action.

As with any year, new players have had a chance to shine. Some have managed to break through and have achieved great success, some haven't.

So, here are some of the players who've made an impact in the last calender year.

Lewis Holtby moved on loan to Mainz, from Shalke during the summer. Few people will have noticed the young midfielder's move.

However, as Mainz got off to a fantastic start to the season, Holtby began to win some serious attention. The 20 year-old was eligible for both Germany and England, and both countries sought to tie him down to their cause. The German U21 captain chose Germany, playing a match for them in November.

Holtby is a lifelong Everton fan, so although he will never play for England, he may yet appear in the Premier League.

Javier Pastore has become a regular at Palermo this year,  after helping them finish fifth in Serie A last season with some impressive displays from the bench. He has scored seven goals in 17 games so far this season from attacking midfield.

His skill on the ball, as well as his tricks and passing have made him one of the best players of the current Italian season.

Romelu Lukaku may be just 17, but he has won himself some serious attention in the last year thanks to a début season that saw him score 15 goals in 33 games, form he's continued this season, netting eight times in 15 matches.

Just about every major team in Europe has been linked to the Belgian striker, not surprising considering that he is viewed as the next Drogba, but better. Obviously he has a long way to go before fulfilling such a prediction, but considering his performances in the last year, he could well be a major threat for a long time.

The Japanese midfielder transfered to Borussia Dortmund over the summer after being left out of Japan's World Cup squad. It's hard to see why he was left out given his form this season.

Eight goals in 17 appearances, as well as his dribbling ability and ability to force defenders into mistakes, have helped Borussia to the top of the Bundesliga table, ten points clear of their nearest rivals.

Add in to the mix the fact that he cost just £300,000 and it becomes obvious that the Japenese midfielder is one of the finds of the season.

Javier Hernandez first came to Manchester United's attention in late 2009, and decided to buy the Mexican striker before any competition might come in to play after the World Cup. Hernandez was impressive for his country during the World Cup, scoring goals against both France and Argentina.

The 22 year-old has got off to a good start at Manchester United, scoring four goals in ten appearances so far.

18 year-old Brazilian midfielder Coutinho, was signed by Inter in 2008, but didn't arrive in Italy until this summer, shortly after his 18th Birthday.

In a short space of time he has shown why he was in such demand at a young age. He has the type of technique that top Brazilian players have long showed us, but is still prepared to work for his team and put in plenty of effort.

He is not yet a regular starter, but he has had a chance to showcase his ability in one of Europe's leading leagues, as well as in the Champions League.

A member of Shaktar's Brazilian colony, Douglas Costa has turned heads with some impressive displays since signing from Gremio in January 2010.

He has been linked with Manchester United in the past, perhaps initially as a result of hype, but now that attention seems warranted. He can play on either wing, is quick and creates plenty of chances in addition to being a good free-kick taker.

His celebration is also pretty impressive.

At 25, Gyan is quite old, and relatively well known, for a breakthrough player. However, he was impressive during the World Cup, a huge penalty miss aside, and has found success in the Premier League this season after moving to Sunderland from Rennes.

Gyan was prolific in the African Cup of Nations this year,  scoring three out of his side's four goals as Ghana all the way to the final despite an injury crisis.

Gyan was linked to the likes of Manchester United and AC Milan a few years ago, but fell off the international radar after an injury plagued season in 2008. He got back on track for Rennes last season and is quickly become a popular figure at Sunderland.

Jack Wilshere has broken into Arsenal's first team this season after impressing while on loan to Bolton for the second half of last season. His performances were good enough to earn the 18 year-old an England call up after his country's poor showing at the 2010 World Cup.

Wilshere's speed, agility, passing and toughness have made him a regular for Arsenal this season. Arsenal always have strong youth players, and Wilshere could be as good a prospect as Fabregas.

Atletico Madrid's 20 year-old goalkeeper became a regular in the side in the second half of last season, helping his club win the Europa League. He was named in Spain's provisional World Cup squad, but failed to make the final cut.

He has been linked with Manchester United in recent times as a potential successor to Edwin van der Sar, and rightly so given his impressive performances. As the commentator says: "He's the real deal".

Santos's Neymar is still only 18 year-old, but that hasn't stopped him shooting to prominence during 2010.

He has been impressive for Santos this year, and there were pleas from the likes of Pele and Romario for Neymar to be included in Brazil's 2010 World Cup squad. He wasn't, but has made his way into the squad since then, scoring his first international goal against the USA.

Neymar has attracted interest from a host of European clubs, including Manchester United, Real Madrid and Chelsea, who bid £25 million for the striker during the summer.

Udinese's winger made a name for himself at the World Cup this year, to the extent that he has been compared to Cristiano Ronaldo. This is probably due to his mesmerising footwork that helps him beat defenders with ease.

He is now wanted by both Manchester United and Inter Milan, with United seemingly the more likely destination for the 22 year-old who recently handed in a transfer request to Udinese. 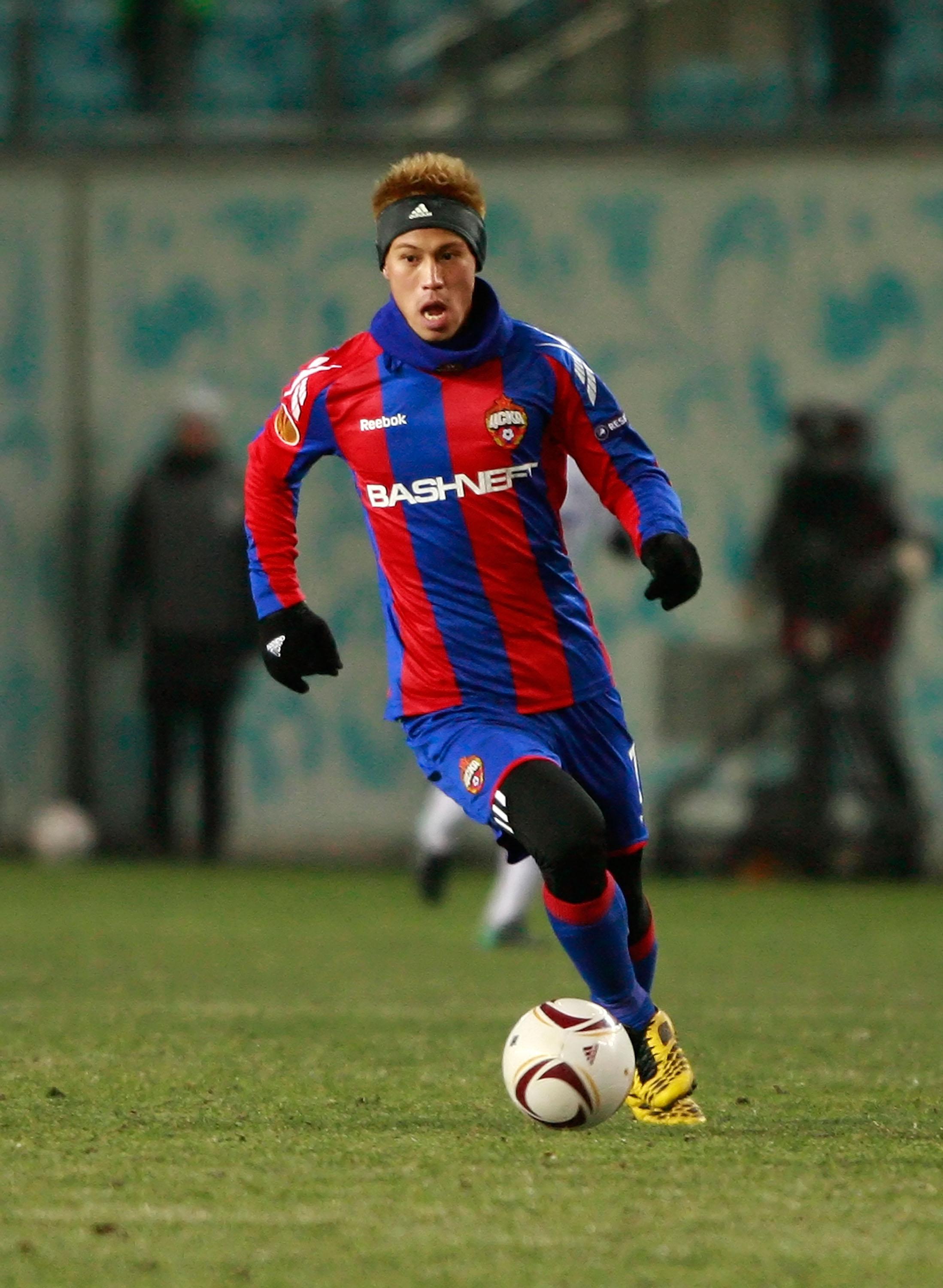 Japan's attacking midfielder was snapped up by CSKA Moscow at the end of 2009, a good move given what 2010 has done to his reputation.

He excelled in the World Cup, scoring two wonderful free-kicks and winning two man of the match awards.

He is now being linked with a move to Liverpool, while AC Milan may also be interested.

England's number one was voted as the Premier League goalkeeper of the season for 2009-10 while on loan to Birmingham City. This season he has become Manchester City's first choice goalkeeper, keeping Shay Given out of the side, no mean feat given what the Irish legend is capable of between the posts.

Hart has also become England's first choice goalkeeper since the 2010 World Cup, where he was an unused backup.

Although he was already relatively well known, 2010 has seen Di Maria become an international star and bought him to the attention of a far greater audience than ever before.

His 25 million Euro move to Real Madrid from Benfica has been followed up with some good displays, scoring four goals and providing four assists so far. 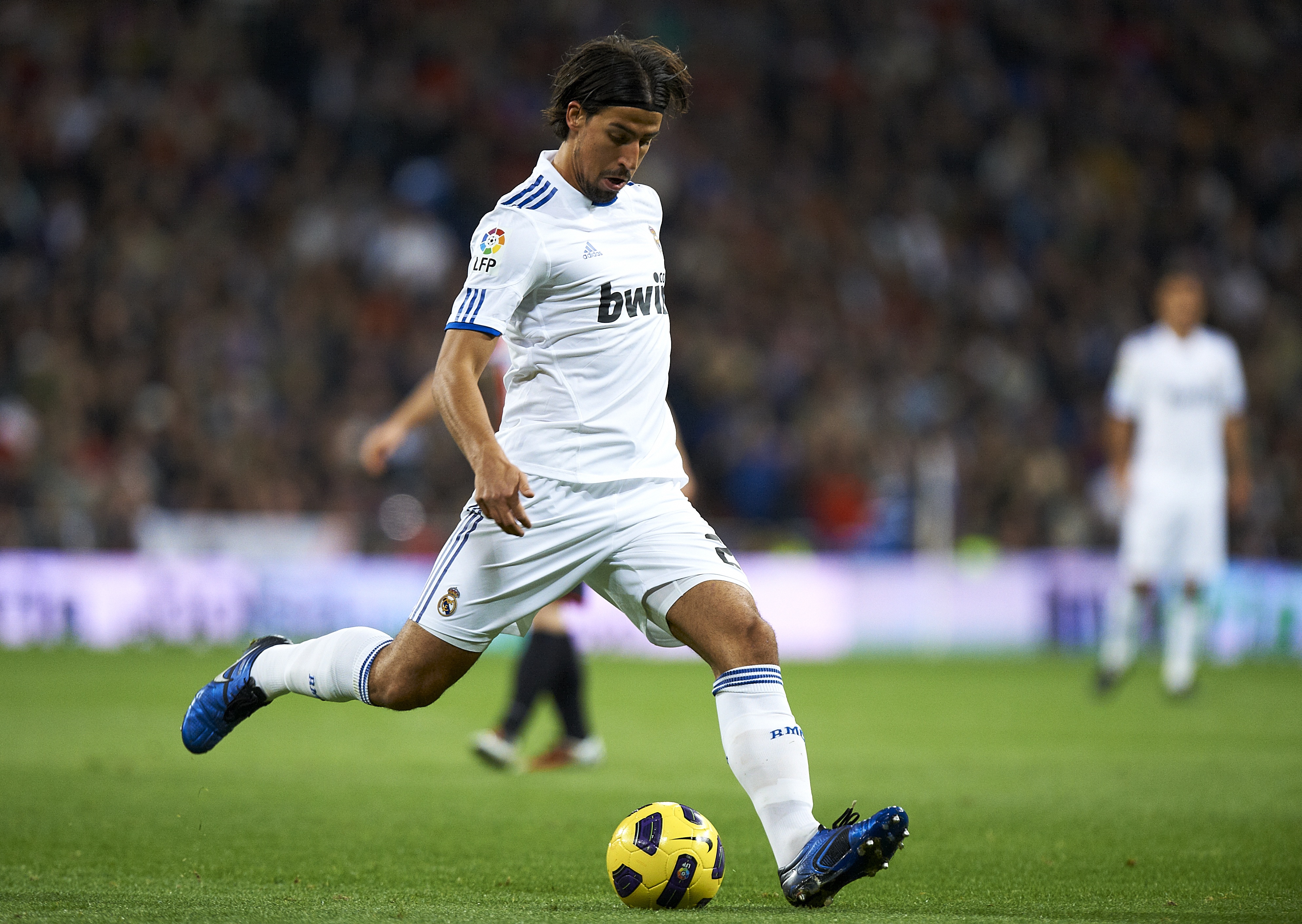 Sami Khedira was one of several young German's who impressed during the World Cup in South Africa.

His performances for Stuttgart and Germany won him a move to Spanish giants Real Madrid during the summer. Although he hasn't been a stand out performer, he has done his job well for Real.

A hard working, box to box midfielder, Khedira will run all day and provide impressive passes as well as plenty of strength in the air.

Gareth Bale has shot to prominence this season, single handedly hauling ten man Tottenham back into a tie against Inter Milan, scoring a hat-trick against the European Champions.

Gareth Bale has been a Spurs player since 2007, but until recently he hadn't been having a great time of it, suffering from injuries and not getting many opportunities to play. This year, however, his performances have won huge interest from many of Europe's leading clubs, although Bale seems to want to stay at Spurs.

Samir Nasri had shown us glimpses of what he could do before 2010, but this year he has really come into his own, stringing some impressive performances this season, showing that Arsenal can survive without Cesc Fabregas.

This goal, from last season's Champions League, is one Messi would be proud of and has to be among the contenders for goal of the year.

22 year-old Mesut Ozil took full advantage of the World Cup, having a great tournament and earning himself a nomination for the Golden Ball.

Ozil was quickly signed by Real Madrid after the World Cup, a move Ozil has justified with four goals and six assists so far this season.

Ozil has been called both the "German Messi" and the "German Zidane". His skill, creativity and vision will certainly be great assets for Real Madrid and Germany for quite a while yet.

2010 has been an outstanding year for Thomas Muller. The 21 year-old established himself in Bayern Munich's starting line-up late in 2009 before making his first appearance for Germany in March in 2010.

He shot to international stardom during the 2010 World Cup, scoring five goals in six appearances as Germany finished third. Muller was named young player of the tournament and also won the Golden Boot.

He is versatile and can play in just about any attacking position while he is also very composed on the ball.