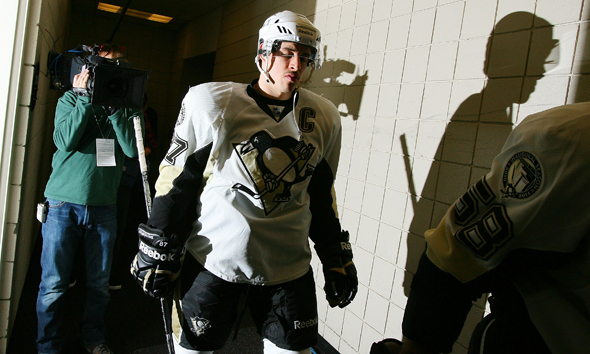 When the news first broke that HBO would be doing a behind the scenes show on the Pittsburgh Penguins and Washington Capitals, many fans eagerly awaited a closer look at the sport they love.  On Wednesday night the series premiere of 24/7 Penguins/Capitals debuted and it was a pretty eye-opening experience.

For the people that are close to the game it might have been much ado about nothing, but for the rest of us the show gave us amazing insights that we would never find anywhere else.  Personally, I have been a fan of this game for a long, long time and I have never seen another program provide the kind of access that HBO has.  I saw more behind the scenes footage in one hour-long episode than years of hockey shows.

Here I provide the top 10 highlights from episode one.. 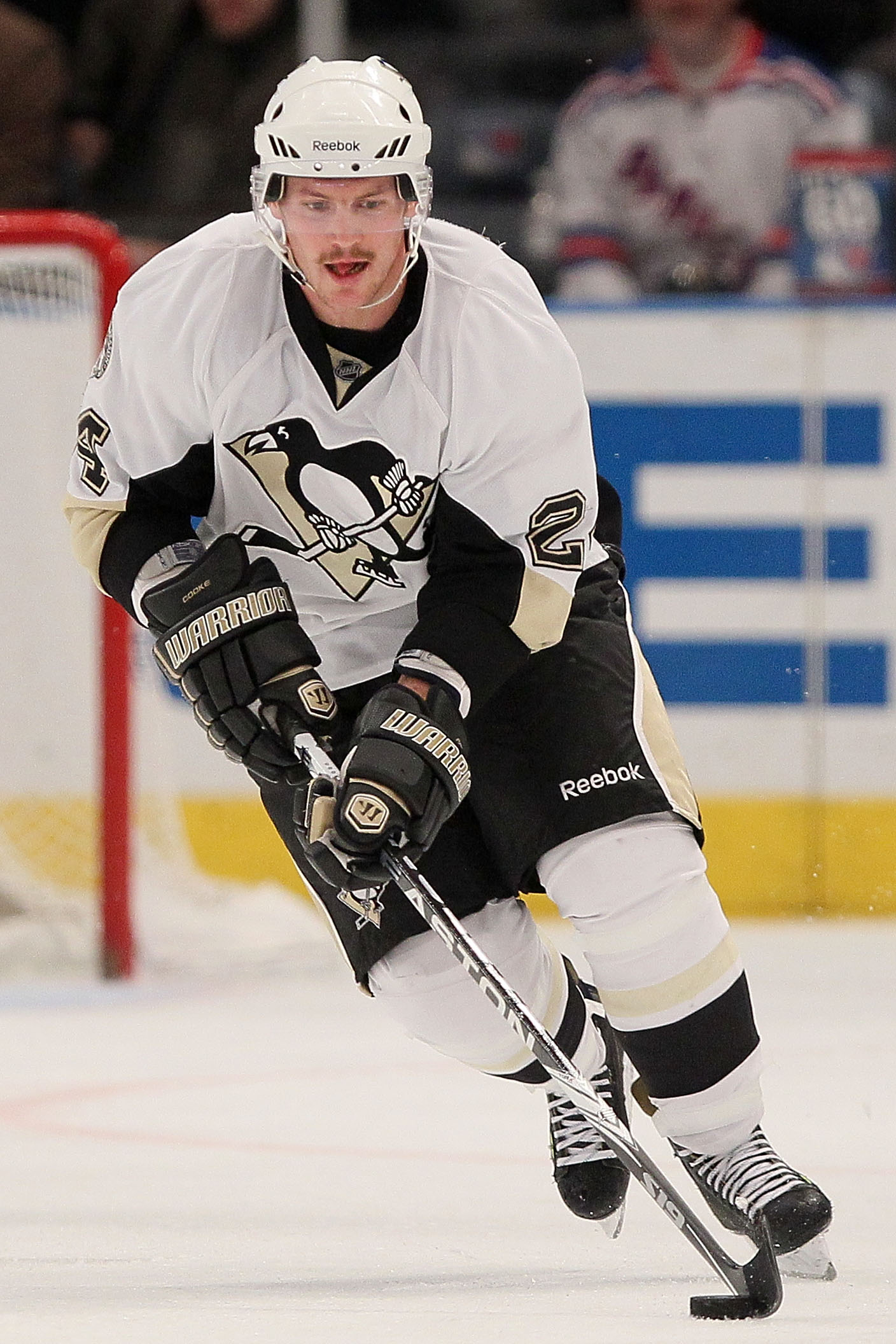 Most people know that hockey players are a quirky bunch, but it was fun to see some of the kid-like games these guys do at practice.  Out of all the things that NHL players do, fun at practice is one that a lot of fans can identify with.

In this episode, the Penguins did their monthly shootout competition in which the least successful shooter must grow their mustache out for the entire month.  For the month of November, Matt Cooke was the unlucky player who had to walk around with a god-awful strip on his lip and he was more than happy to shave it off the instant he could.

Paul Martin was this month's unlucky winner.......or loser.  When you see him at the Winter Classic, you'll now know why he's one of the only ones with a mustache. 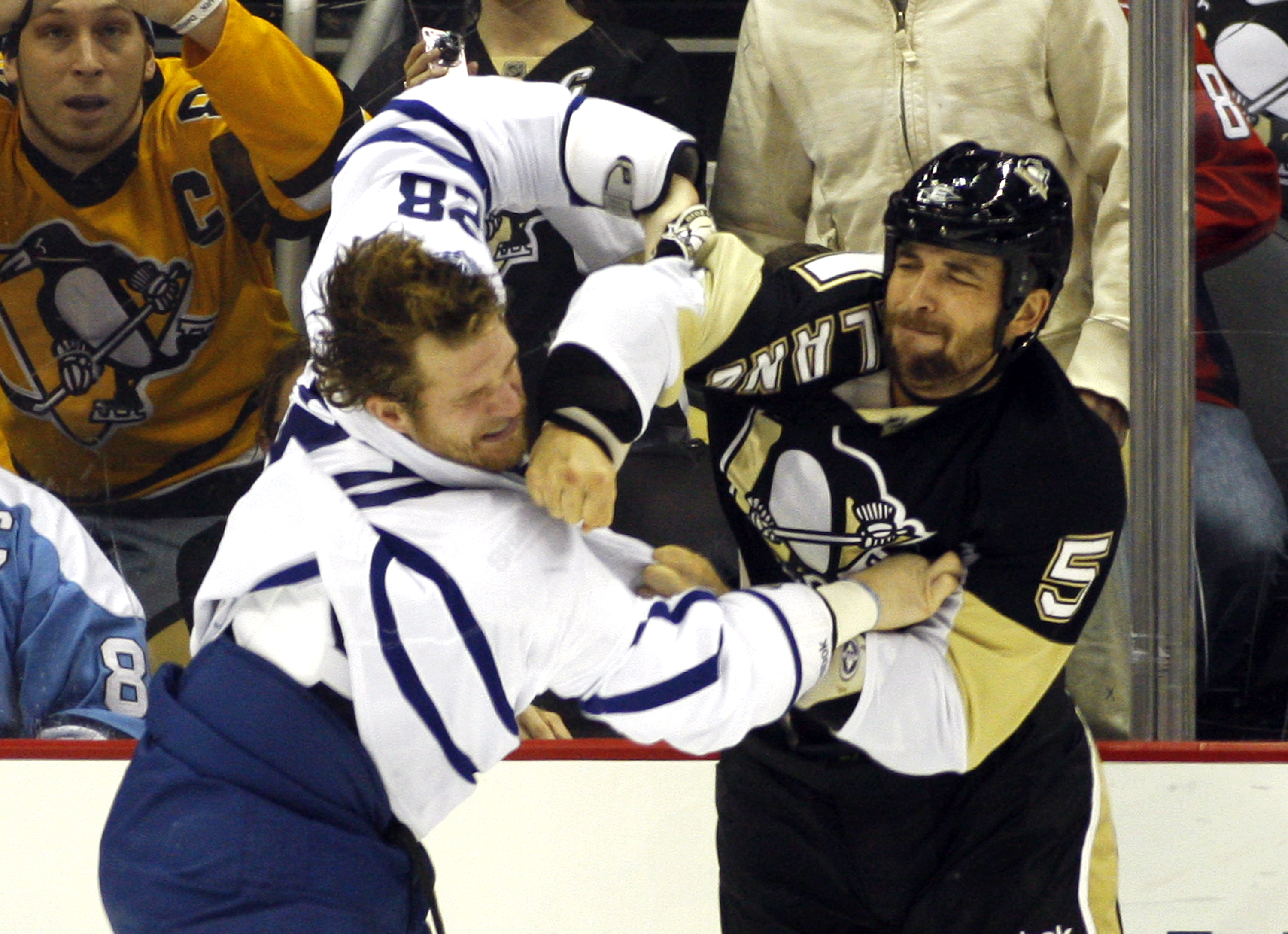 One of the most interesting aspects of this episode was the behind the scenes look at discussions between Penguins coach Dan Blysma and general manager Ray Shero.  They meet daily to discuss team operations and how individual lines and players are performing.

The funny part of this segment was when Dan Blysma gave Deryk Engelland a 3.5 out of 5 rating for his latest game.  Without his fight he earned a 3, but because of his fist-a-cuffs, he received an extra half a point. 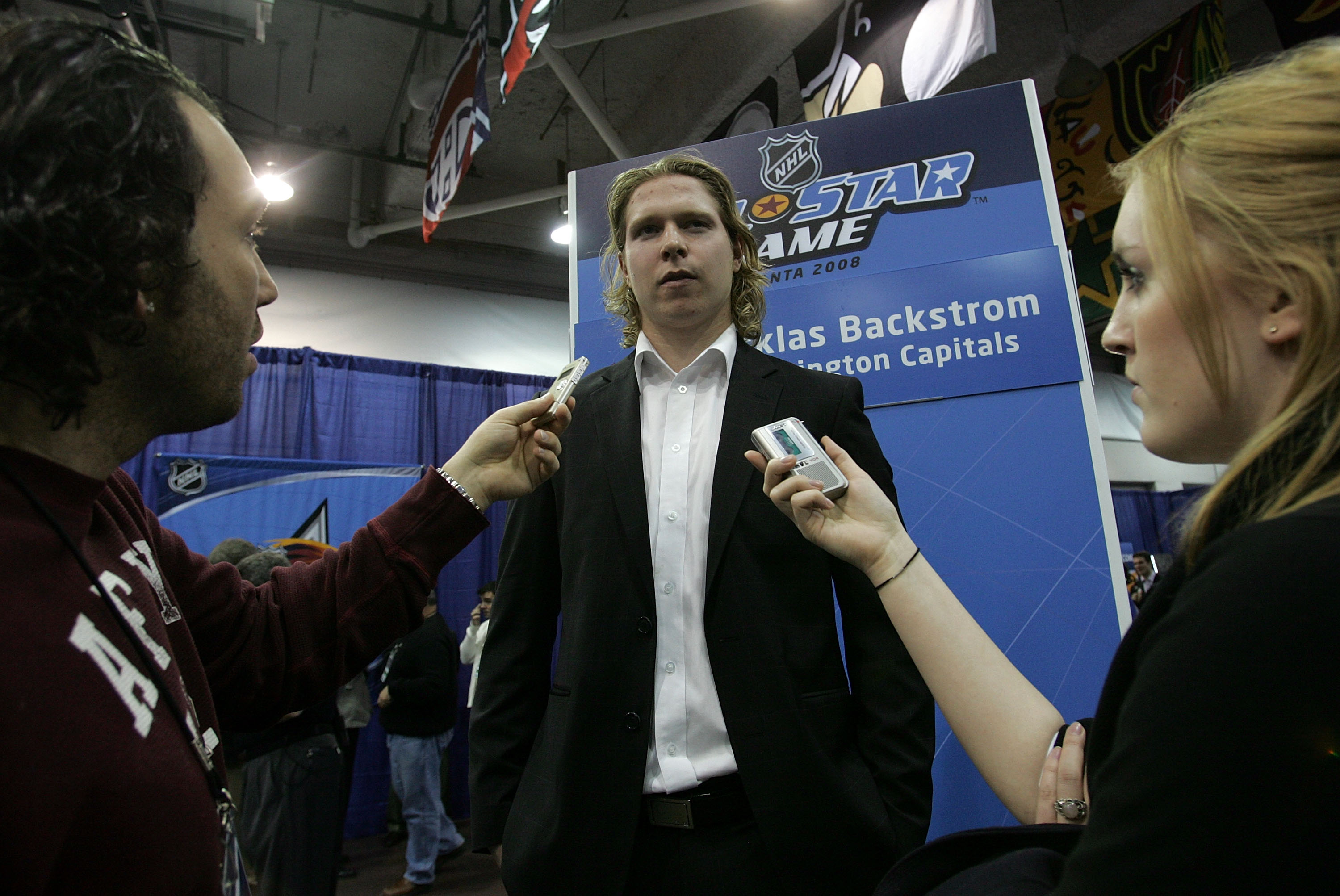 Fans get caught up a lot in what's happening on the ice.  Who's winning, who's losing, what players should be picked up for their fantasy team, etc.  What doesn't get talked about enough is the work many of these players do within the community.

Many of the Capitals players were shown doing some public skating with fans in the local community.  Signings autographs, sharing a skate, and talking some puck.  Niklas Backstrom has recently signed a long-term contract and he talked about his desire to stay in one place during the bulk of his career.  Doing community events and giving something back is one part of that agreement that he seemed more than happy to do.

Scott Hannan was recently traded from Colorado to Washington and during one scene they showed how he and his wife needed to find a place to live for the remainder of the season.  This might seem like a routine thing to do, but it is one of those layers that got peeled back for us to see.

Most fans only think about what a trade means for their respective team, but for the players it means they must uproot themselves and their families and live in another city.  A lot of things go into this beyond finding a house to sleep in though.  If there are kids they need to find a school, doctor, neighborhood, etc. 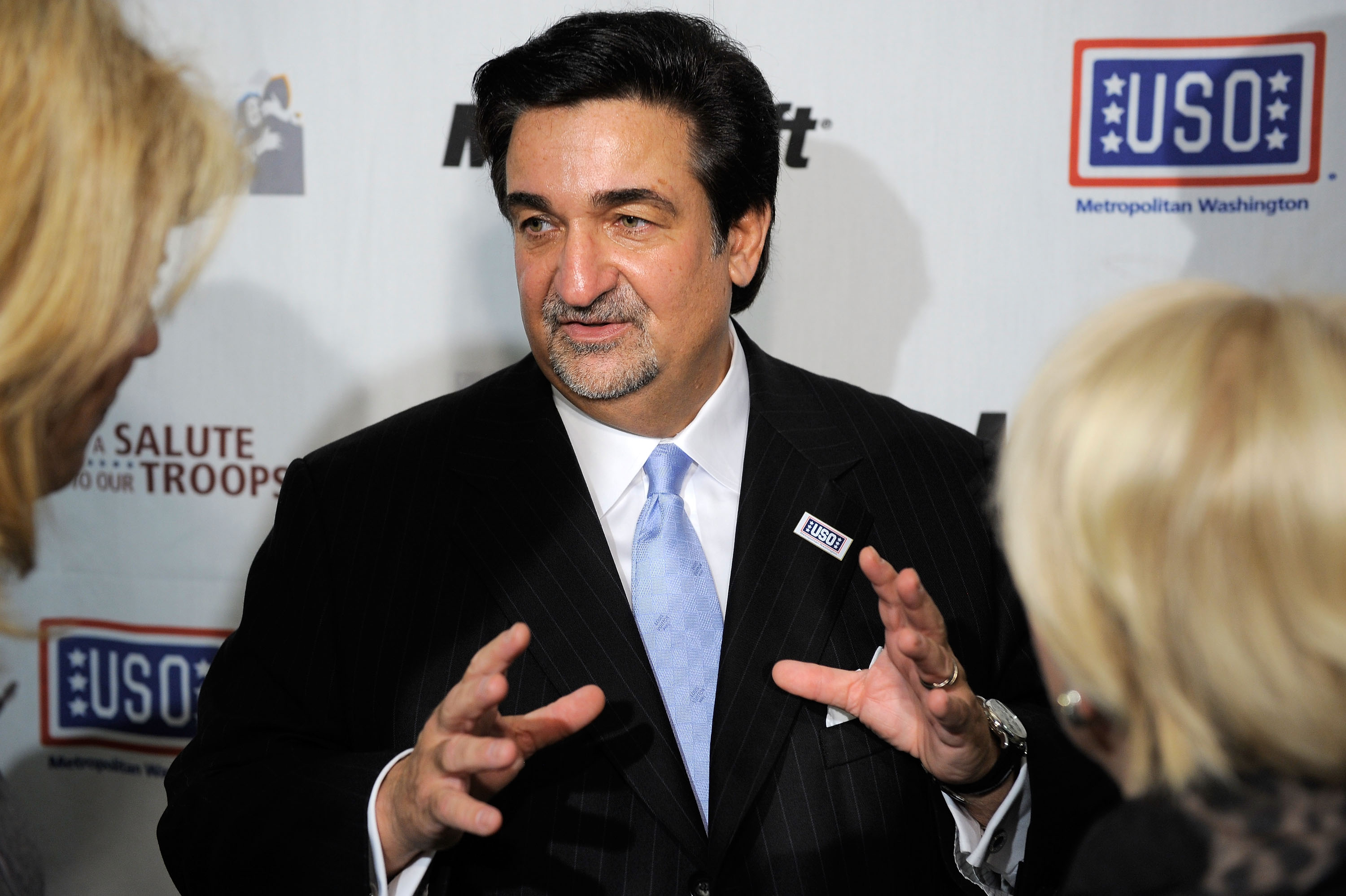 Washington Capitals owner Ted Leonsis wants a championship.  This isn't breaking news, but when the cameras are given back stage access to an entire organization we get a far greater sense of what a Stanley Cup win would mean to everyone involved.

Leonsis spoke candidly about the expectations surrounding the franchise and the importance of winning.....soon.   However, if the current slide is any indication of things to come, the pressure to win is only going to get more suffocating.

5: Up Close and Personal With NHL Injuries 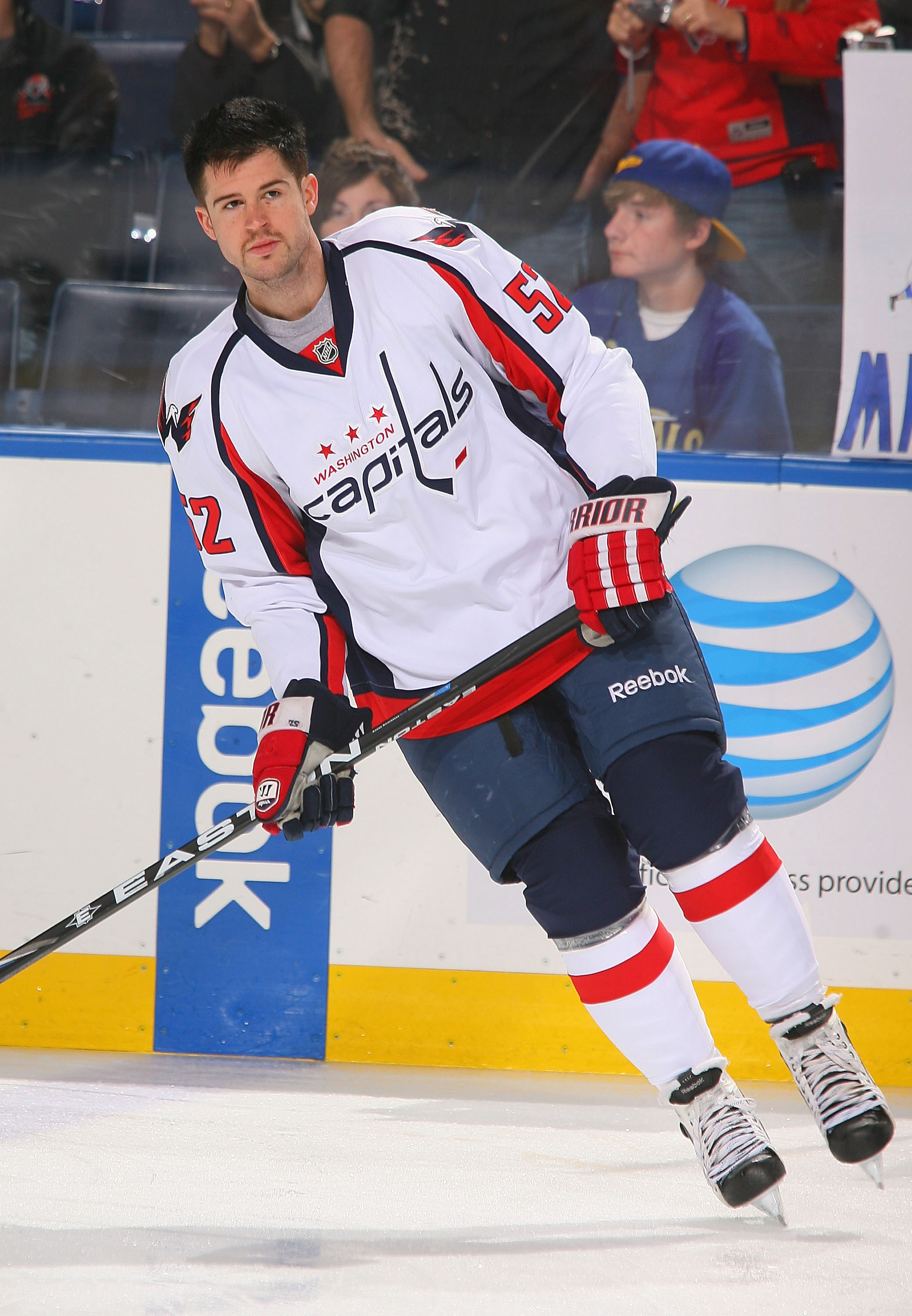 Perhaps one of the best features of this show is the access it gives us to the training room.  Hockey players have one of the most notorious reputations of playing through pain.  However, unless we see what some of them go through it is hard to appreciate the rigors and grind of daily NHL life.

In this episode they did an up-close and personal look at Deryk Engelland's stitch-work after his fight in the Leafs game and let's just say it wasn't for the faint of heart.  On the Capitals side of things, the frustration of an MCL knee injury was very apparent as defenseman Mike Green spoke plainly about the helpless feeling of being sidelined. 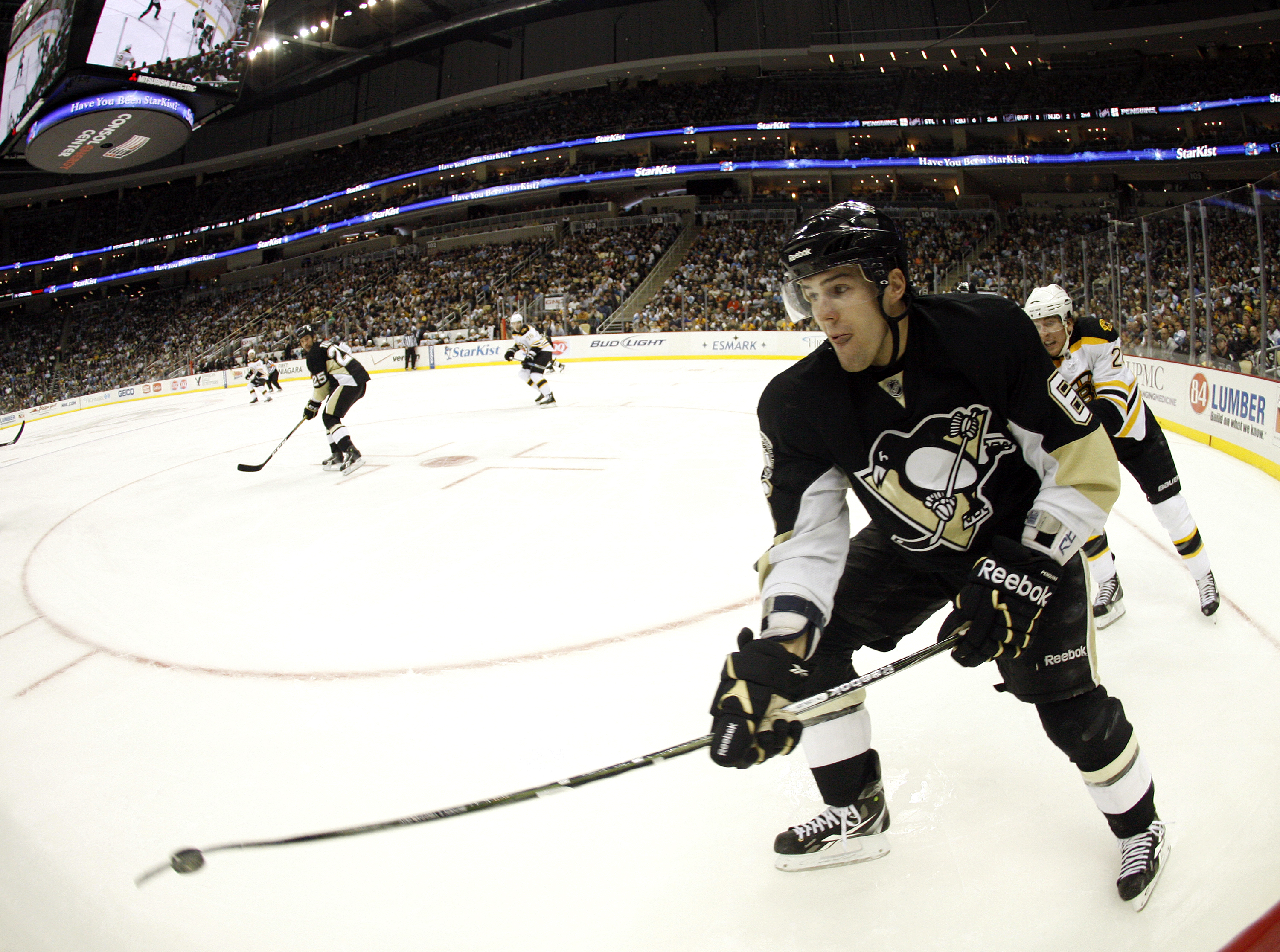 We didn't get to see any of the outrageous things that sometimes get reported when it comes to rookie hazing, but it was pretty funny to see what a few of the Penguins players did to a couple of the newcomers on the team.

While most of the team was feasting on some steaks during a recent road-trip, Matt Cooke, Marc-Andre Fleury and a couple other pranksters thought it would be a good idea to take all of the furniture out of Ben Lovejoy's and Mark Letestu's hotel rooms and placed it in the hallway.

A harmless joke, but a rare inside look at life on the road.  Lovejoy shared his thoughts when he told the cameras, "We are going to find out who did it, and do nothing about it."

3: Hockey As a Distinct Culture 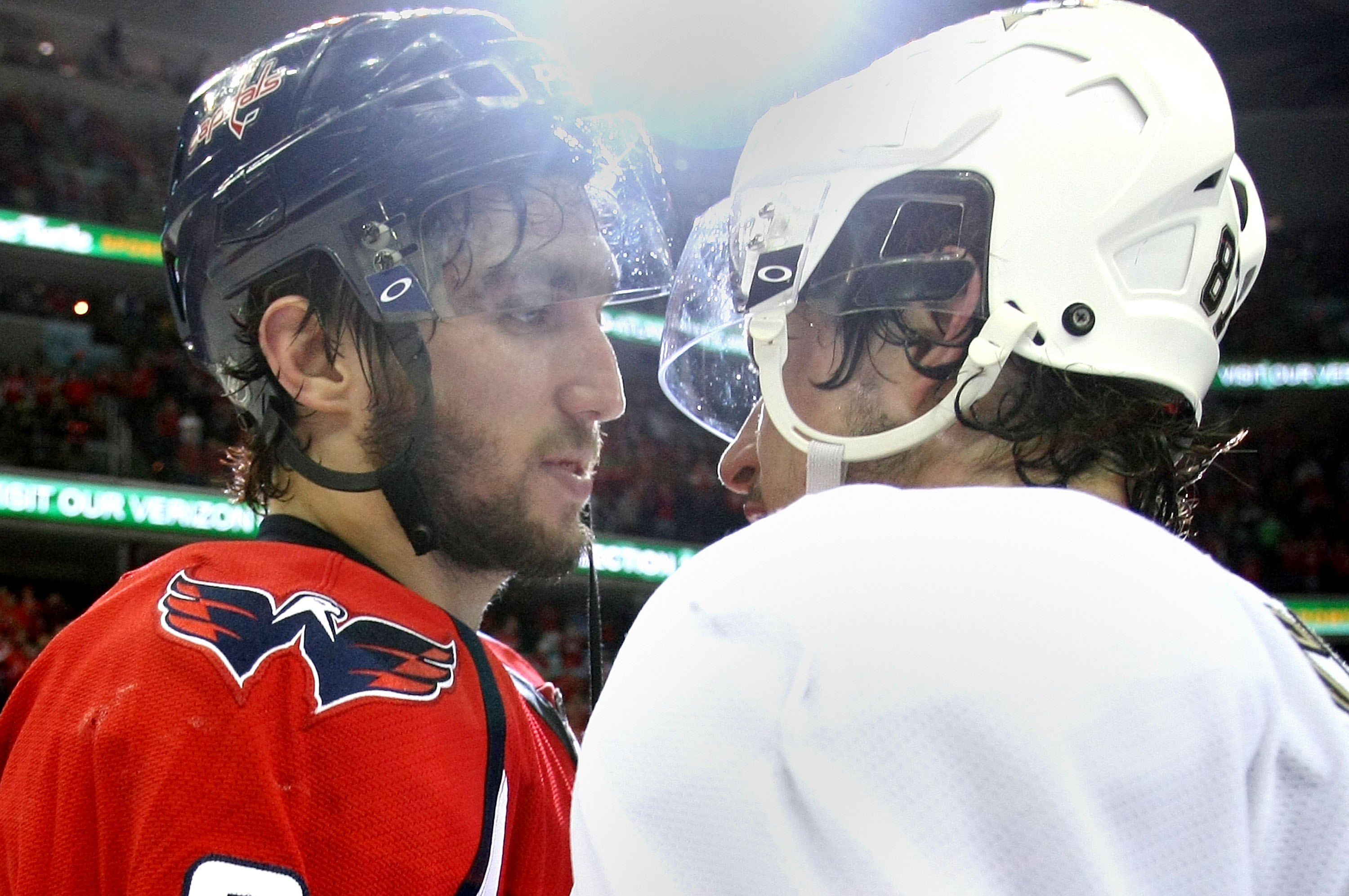 I am almost seven slides into this review and I've barely mentioned Alexander Ovechkin or Sidney Crosby.  This isn't because they weren't featured on the show though. Both were big parts of the overall production.  Some people might be getting a little sick of the coverage these two get, but their coverage didn't feel forced and HBO did a great job of focusing more on the day-to-day routine of the players rather than marketing star players.

How often do we get to see candid moments of these stars playing virtual video games on the team plane?  Ninety-nine percent of the time all fans get is politically correct moments from these players that follow the same boring script.  HBO has helped show us their human side and it's given us a small peek into their real worlds. 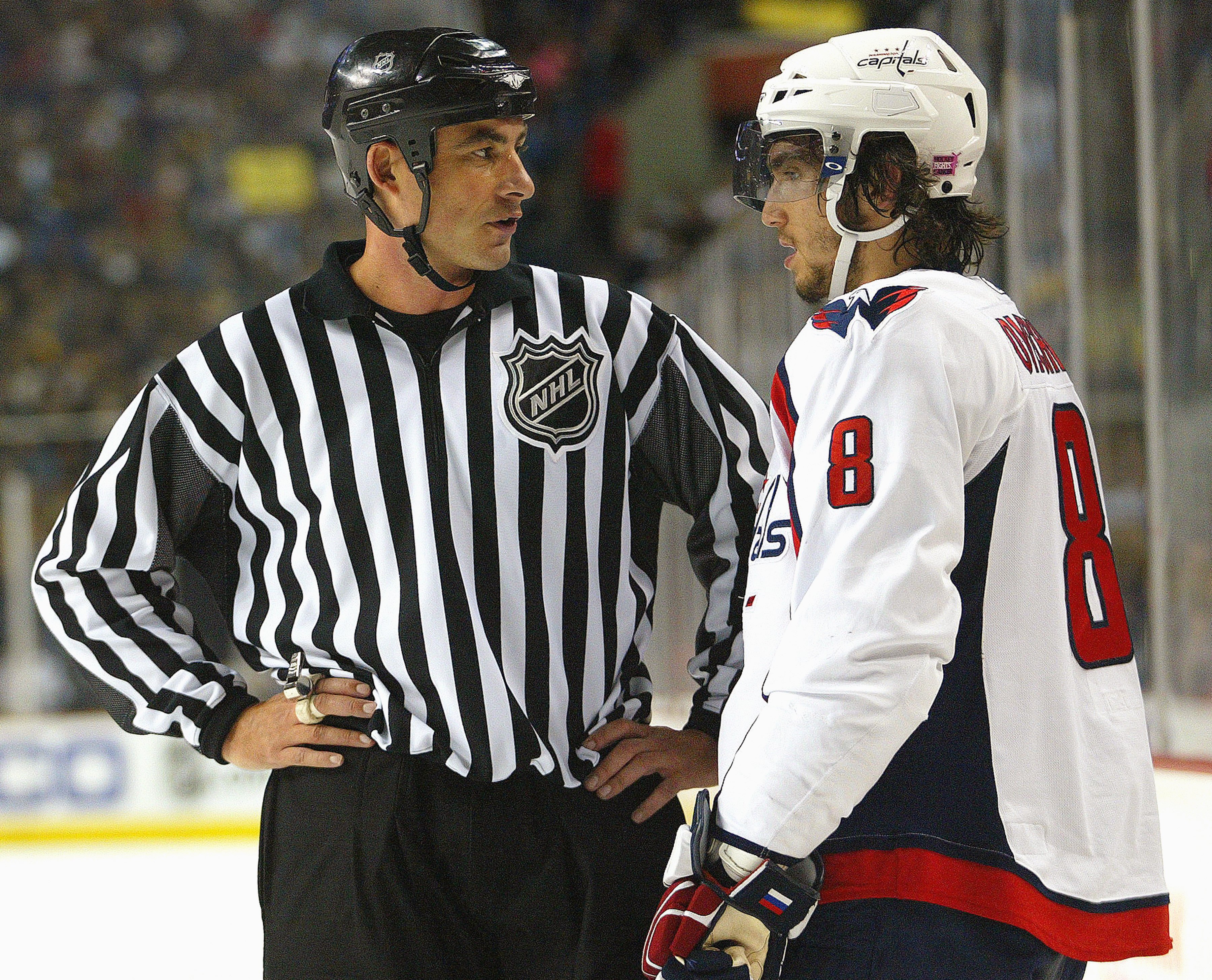 Another huge insight was the ability to hear some of the talking that goes on between players, coaches and referees on the ice during a game.  Sometimes microphones pick up an off-color word here or there during a television broadcast, but HBO gave us the full meal without any editing.

There were multiple examples on the show, but the best one for me had to be when the referee was explaining why Alexander Semin was ejected from the game.  Ovie was told that Semin cross-checked a player in the face and cut him open.

His response?  "He probably had sensitive skin." 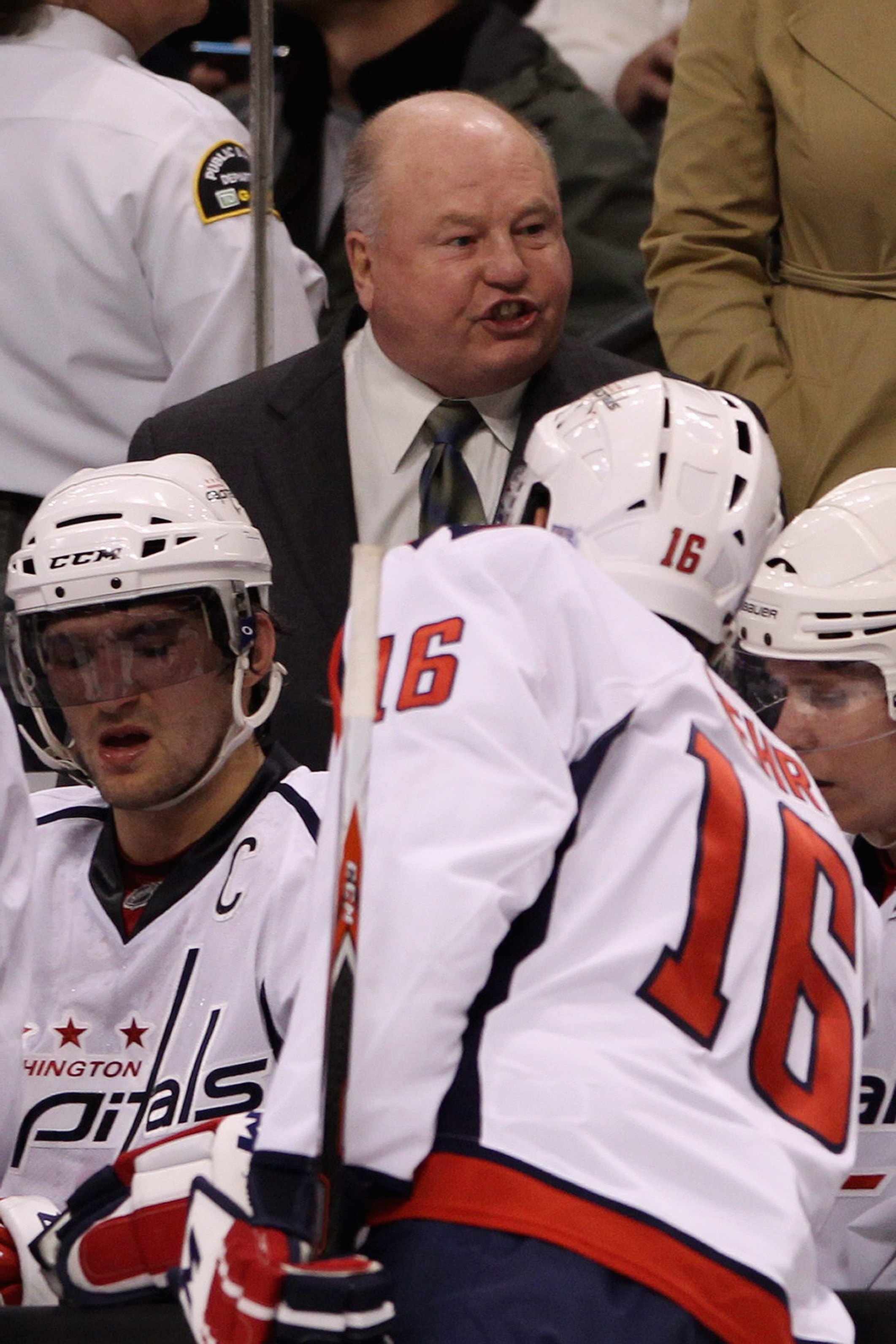 Anyone familiar with the 2010 New York Jets edition of HBO Hard Knocks knows about the profanity seen on the show.  In case you were wondering, profanity is on the NHL version and there was no holding back.

I didn't count all the swear words used throughout the entire episode because that would have required a lot of note-taking, but I did count how many times Capitals coach Bruce Boudreau swore in one of his post-game rants.

Within a 60 second span he dropped a total of 15 F-bombs and one alternate word for 'crap.'  If he keeps up his current pace, he might give NFL coach Rex Ryan a run for his money.  As a neutral viewer, I couldn't help but laugh at his speech, but living it looked like a whole different story. 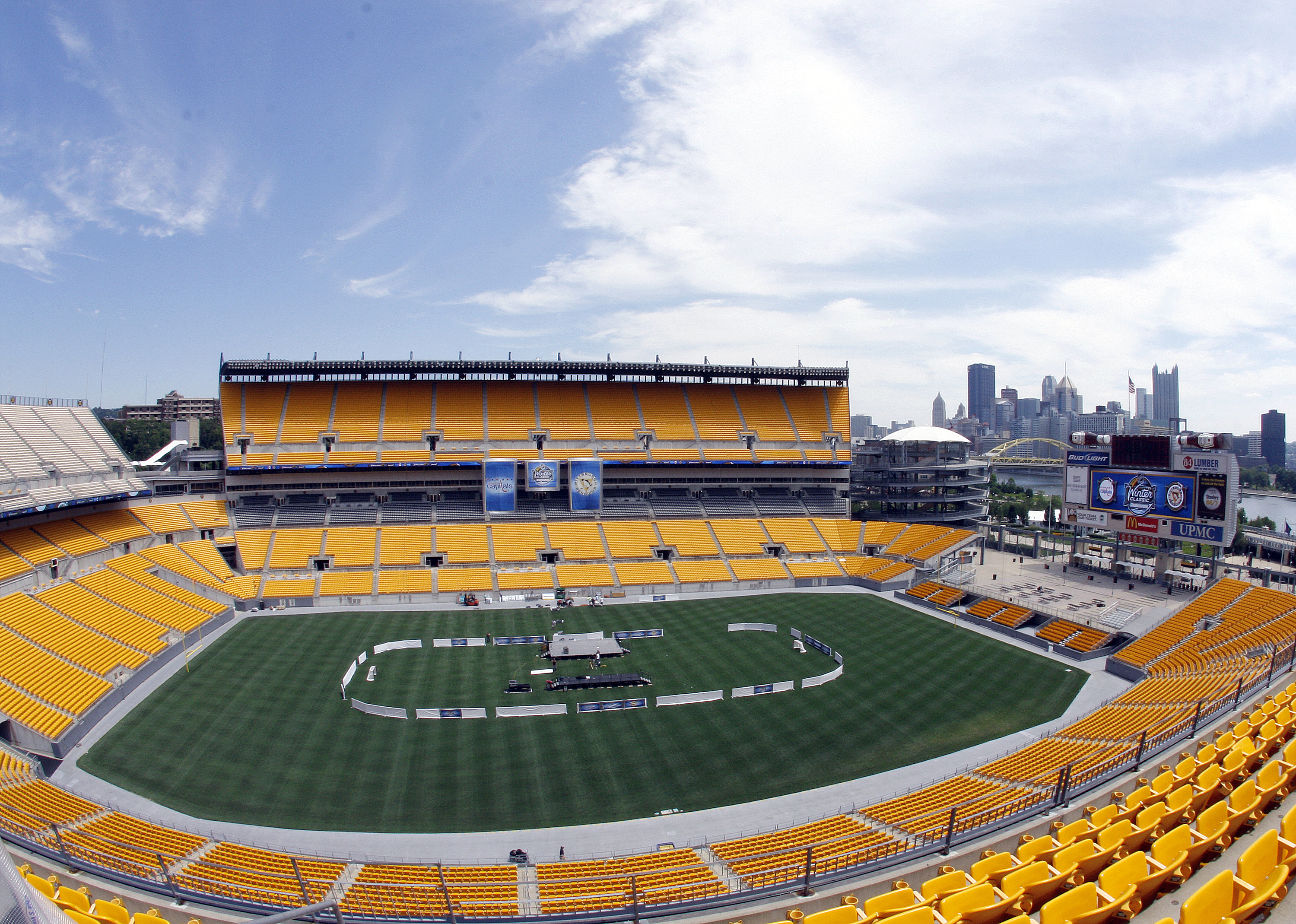 Overall I would say this was one of the best hockey shows I have ever seen.  HBO has done a great job at giving fans a balanced view of the life and times within a hockey organization.  The fact that it is being produced during the season adds an extra feeling of reality to it as well.  Fans watching this series will walk away from it having a much better sense of what it means to be a professional hockey player and it should provide some long-overdue context to what is already a great sport.

Part two will be airing on December 22nd.  If you do not have HBO, find a friend who does.  The series premiere will be rerun a few times before then and it has immediately become must-see television for anyone who considers themselves a fan of the coolest game on earth.