New Jersey Devils: What in the Name of Ilya Kovalchuk Is Going On Here? 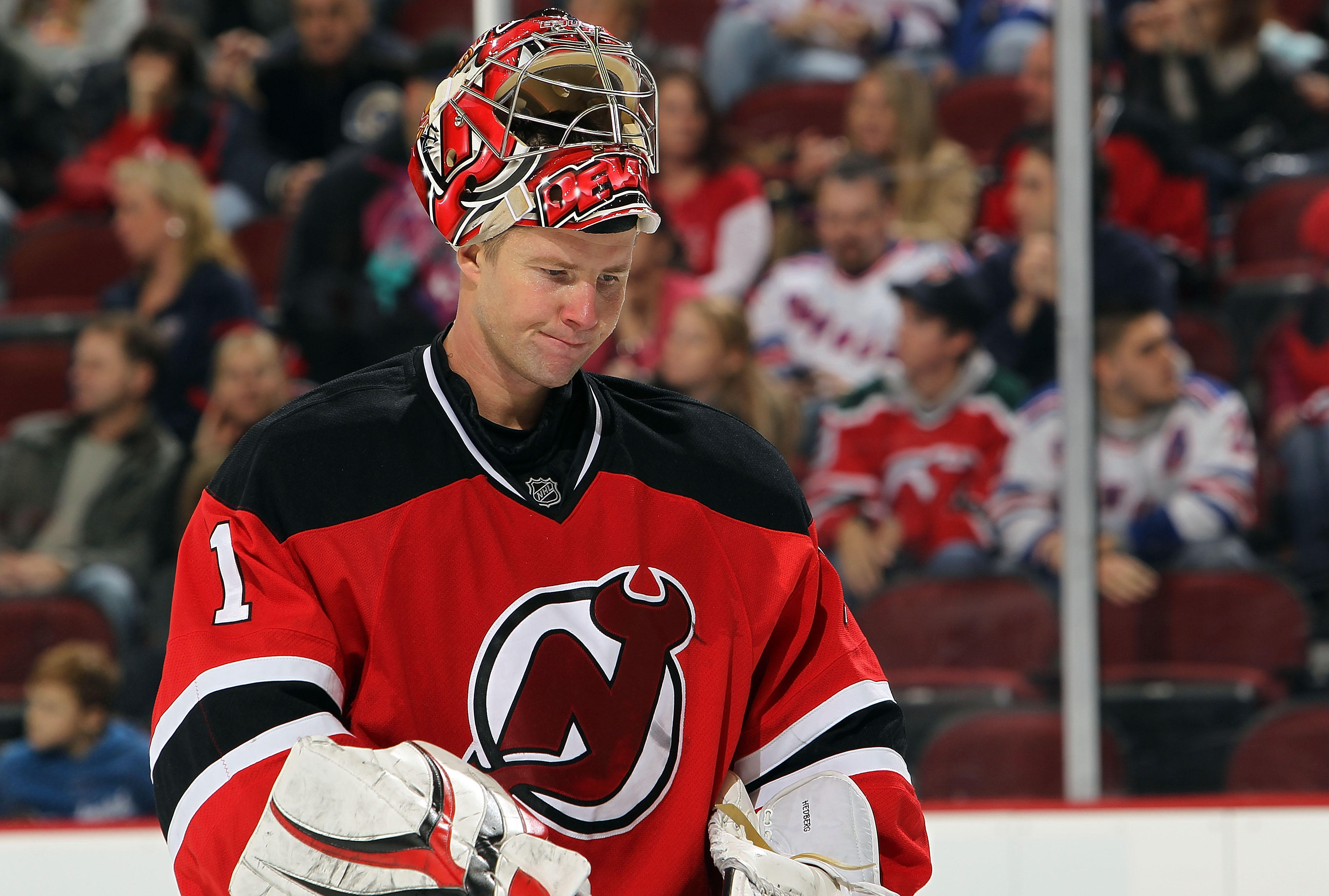 The expression on the face of Johan Hedberg says it all. The Devils can't seem to figure out how to fix the mess they have created.Nick Laham/Getty Images

The New Jersey Devils have played 27 games this season, and are an astounding 8-17-2.  Yes, that's right, the Devils, who have made the playoffs every season since 1995-96, sit at 29th in the standings overall, ahead of only the New York Islanders.  It isn't hard to find numbers that many Devils fans find nauseating.

Take a look at the plus/minus category; it's a real eye-opener:

Of the Devils players to play more than 15 games thus far, the best plus/minus on the team is Matt Taormina and Matthew Corrente, both at minus-two.  The worst?  Andy Greene at minus-19, Ilya Kovalchuk at minus-18, followed by Henrik Tallinder at minus-16 and David Clarkson at minus-13, mixed in with Dainius Zubrus and Jamie Langenbrunner at minus-12.  I tend to think plus/minus is an overrated stat, but come on now; it doesn't take much to realize these numbers are very ugly to say the least.

It also doesn't take much effort to realize that these numbers are simply unacceptable, and I don't think the most avid Devil haters could have even come up with this scenario in their wildest dreams.  While it could take days to figure out all the reasons why the Devils are disappointing, let's take a look at the biggest reasons the Devils find themselves in the current mess of a situation they find themselves.

Henrik Tallinder Has Been a Monumental Disaster 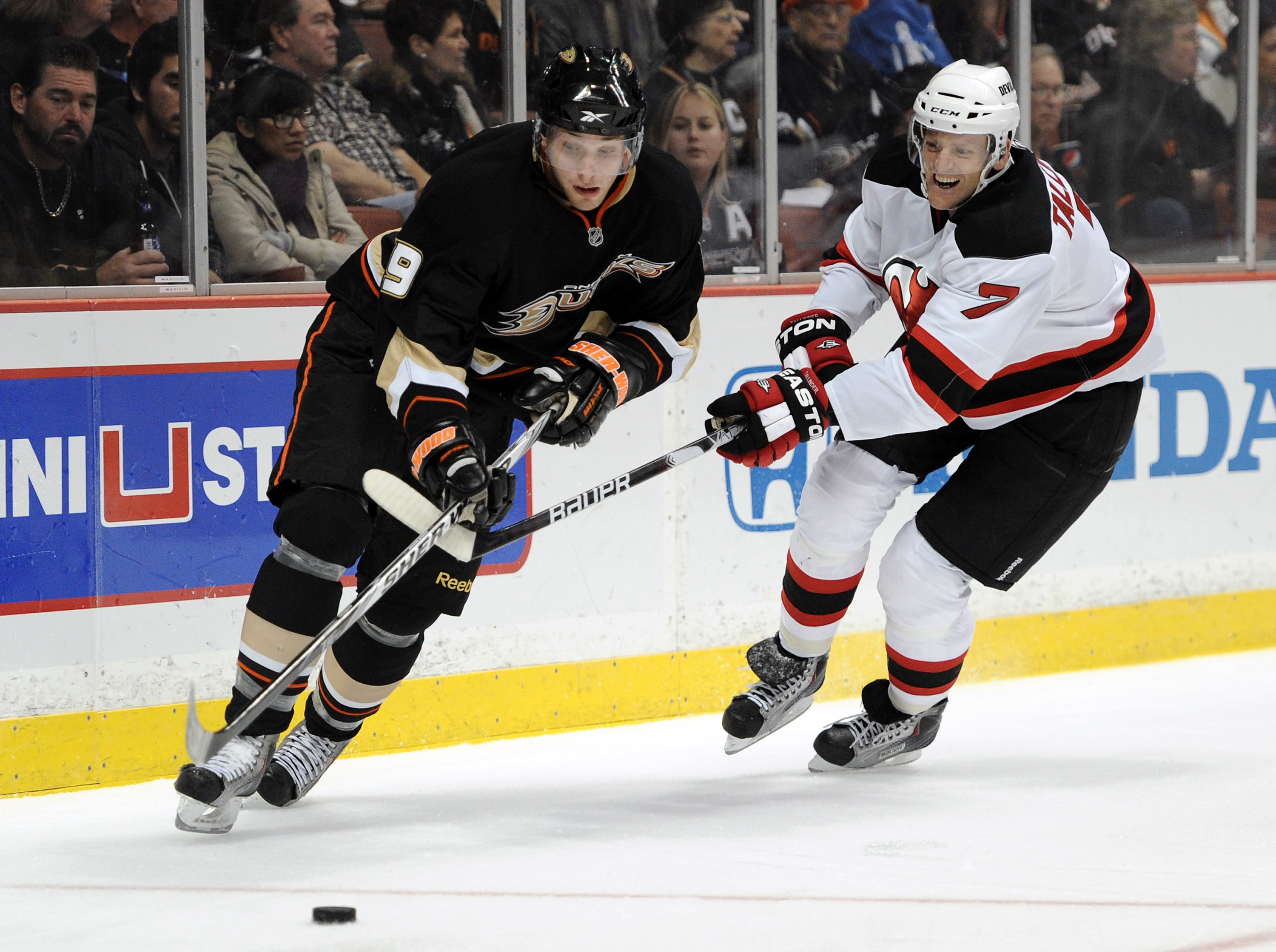 A synopsis of Henrik Tallinder's season. He is spending too much time chasing opponents with the puck rather than maintaining puck possesion of his own.Harry How/Getty Images

Henrik Tallinder was signed on July 1st by the Devils to help replace the departed Paul Martin.  Tallinder came in with a very solid resume including six-plus seasons and 468 games with the Buffalo Sabres.  Tallinder wasn't a superstar, but he helped a great deal with Tyler Myers not only getting acclimated with the NHL, but winning the Calder Trophy for the league Rookie of the Year.  It's not like Myers isn't missing Tallinder either; his play has dropped off considerably.

That being said, Tallinder's first 29 games as a New Jersey Devil are nothing short of a disaster.  While he wasn't expected to be the second coming of Paul Martin, he also was brought in to be a very solid top four defenseman.  Thus far, Tallinder continues to be caught out of possession, knocked off the puck and makes terrible breakout passes on a consistent basis.  At 6'3", 214 lbs., you would think Tallinder would at a minimum be able to play a more physical game.

While his play has increased some of late (and that's not really saying much), thus far it's fair to say the signing of Tallinder was a complete miscalculation on the part of GM Lou Lamoriello.  I think also Tallinder has started out so poorly, that his poor play is only multiplied by the fact he has to be pressing due to his and the team's struggles, which has magnified his mistakes.  All in all, someone needs to figure out how to get Tallinder to be the player he was in Buffalo, or at least resemble him.

Where Has the Andy Greene of Last Year Gone? 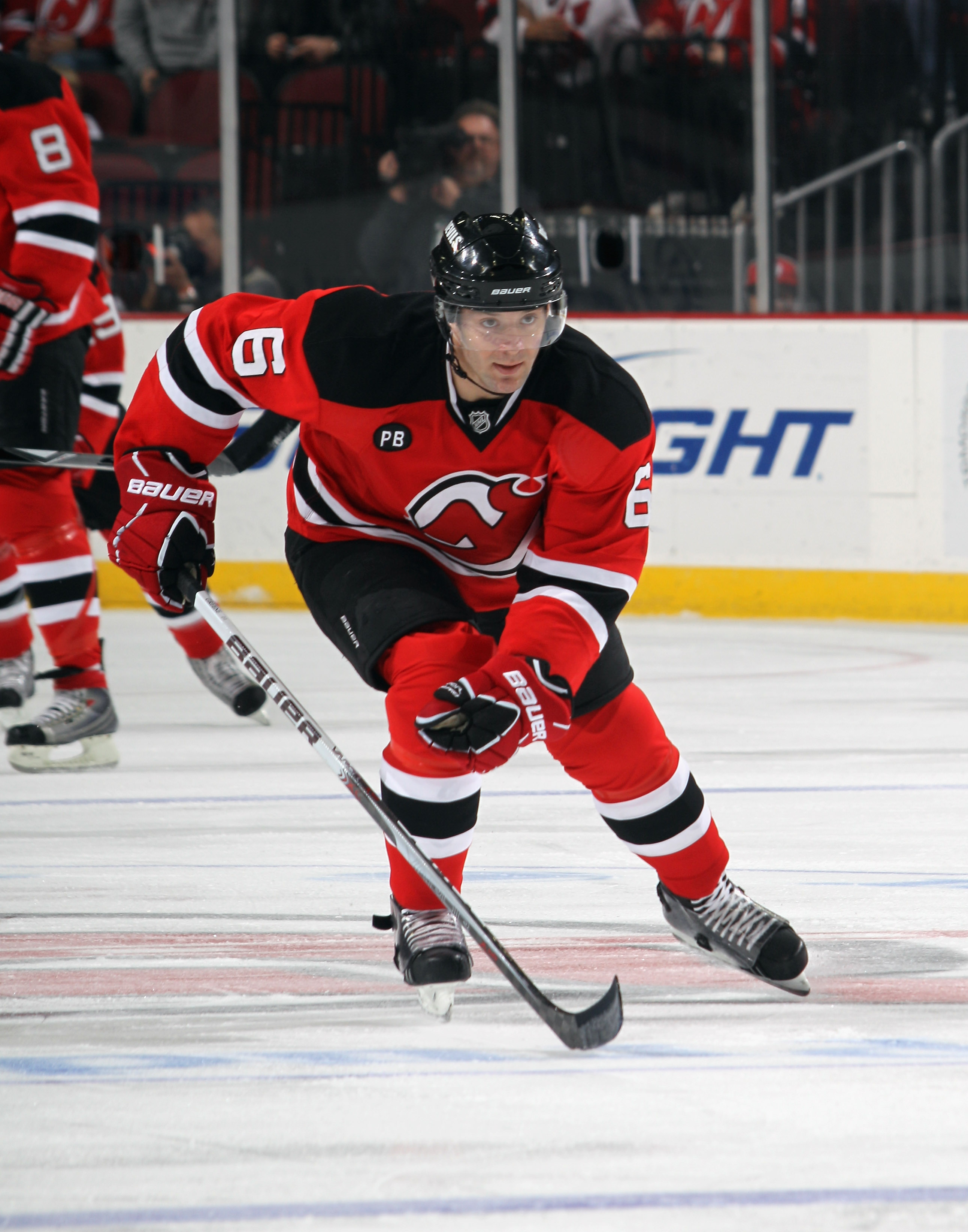 To say Andy Greene has taken a major step backwards after last year is being kind.Bruce Bennett/Getty Images

Andy Greene was one of the more feel-good stories of last season for the Devils.  He stepped up tremendously for the Devils when the likes of Paul Martin, Mike Mottau and others were out injured last year.  He played so well, there was talk of why the United States didn't have the foresight to make Greene eligible for the Olympic Team.  By the end of the season, Greene seemed to show signs of wearing down some, but it did not appear to be anything to be too concerned about.

This year, things have gotten worse, as Greene has not lived up to the expectations thrust upon him after last year's success.  He seems a step slow and hasn't been able to make good decisions in a timely manner.  Whether part of this has been due to Greene trying to do too much is hard to say, but the problems of the defense go a lot further than just the numbers provide.

The Devils Can't Get the Puck Out of Their Own End 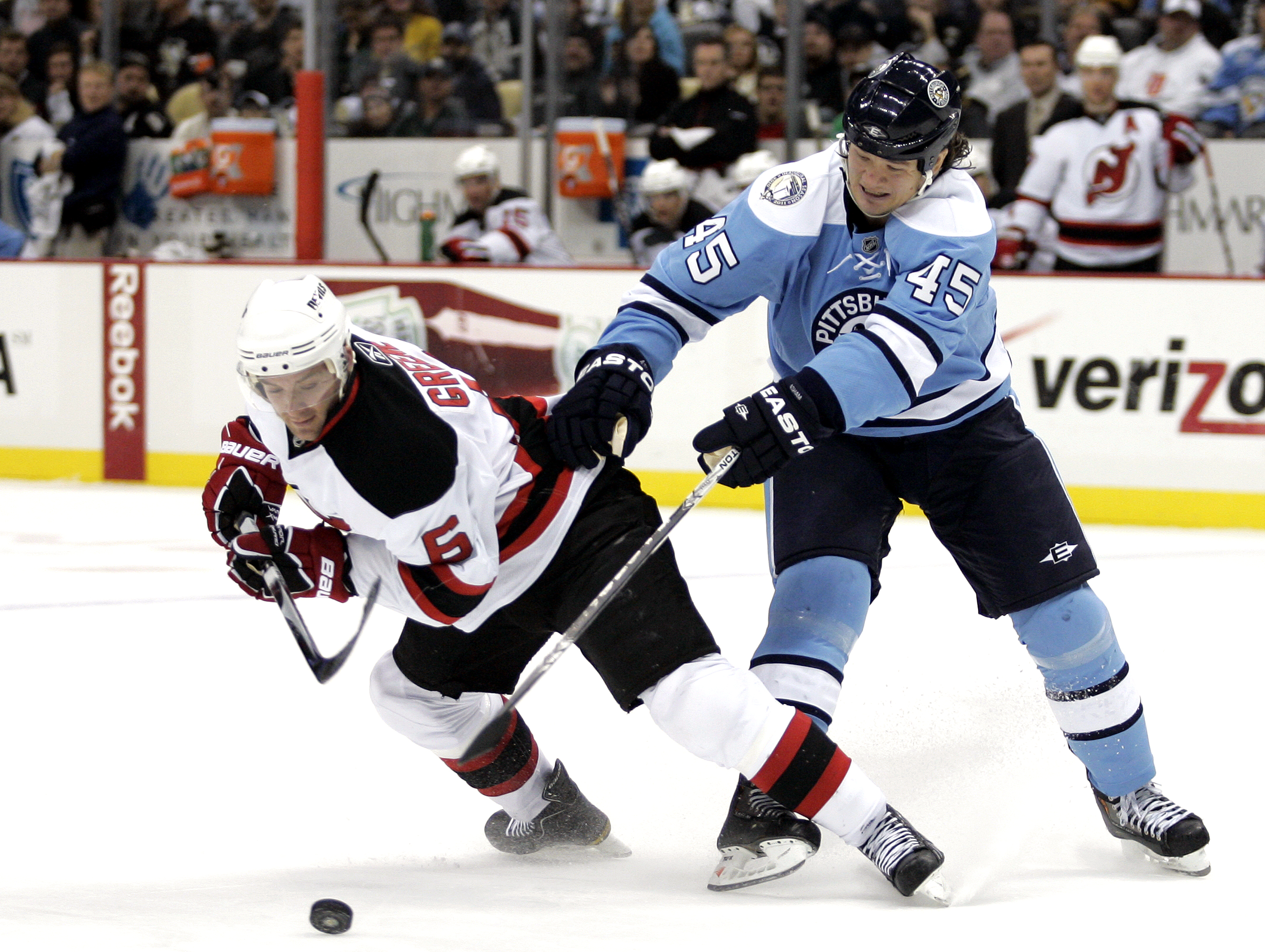 The Devils' opponents are having too much success on their forechecking, causing the Devils to spend too much time in their own end.Justin K. Aller/Getty Images

The Devils' lack of offense can be attributed to their inability to move the puck out of their own end.  The problem first became apparent in last year's playoff defeat to the Flyers, when the Devils struggled and lost their series in five games.  They spent too much time in their own end, their defense got worn down by the aggressive Flyers forechecking and it turned the tide of the series without a doubt.

It's as if the game plan was distributed around the league, and with the Devils' offensive talent on the back line seemingly lesser than last season, the problem is clearly only getting worse and worse.

Head Coach John MacLean May Be In Over His Head 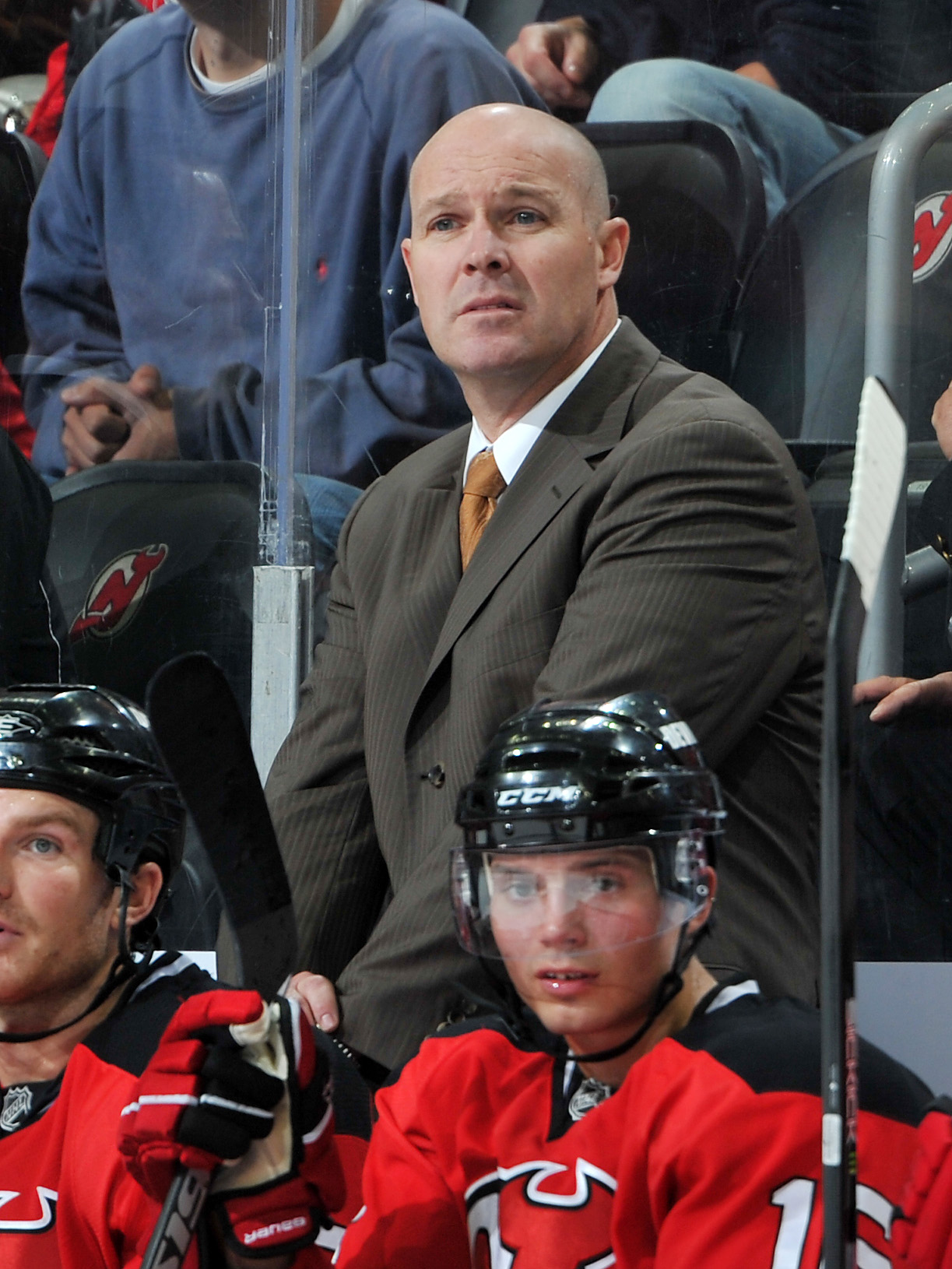 John MacLean continues to search for answers to help correct his team that continues to struggle.Christopher Pasatieri/Getty Images

Rookie head coach John MacLean seems to have gotten the raw end of the stick a bit.  As a rookie head coach, he's had to deal with lots of things a normal first-time NHL coach does not have to deal with.  From the salary cap situation in the preseason, to injuries to star players like Martin Brodeur and Zach Parise, a "controversial" benching of llya Kovalchuk and not to mention, the oddest offseason I can think of there ever being with Kovalgate; it's been a lot to ask of MacLean.

While rumors of his firing continue to circulate amongst the media and internet, it'll be interesting to watch whether or not MacLean can last these struggles.  But, the real question is what would a coaching change actually do for this team?  Would this team be reversed just from a change at head coach?  Likely not.

Where Has the Scoring Gone? 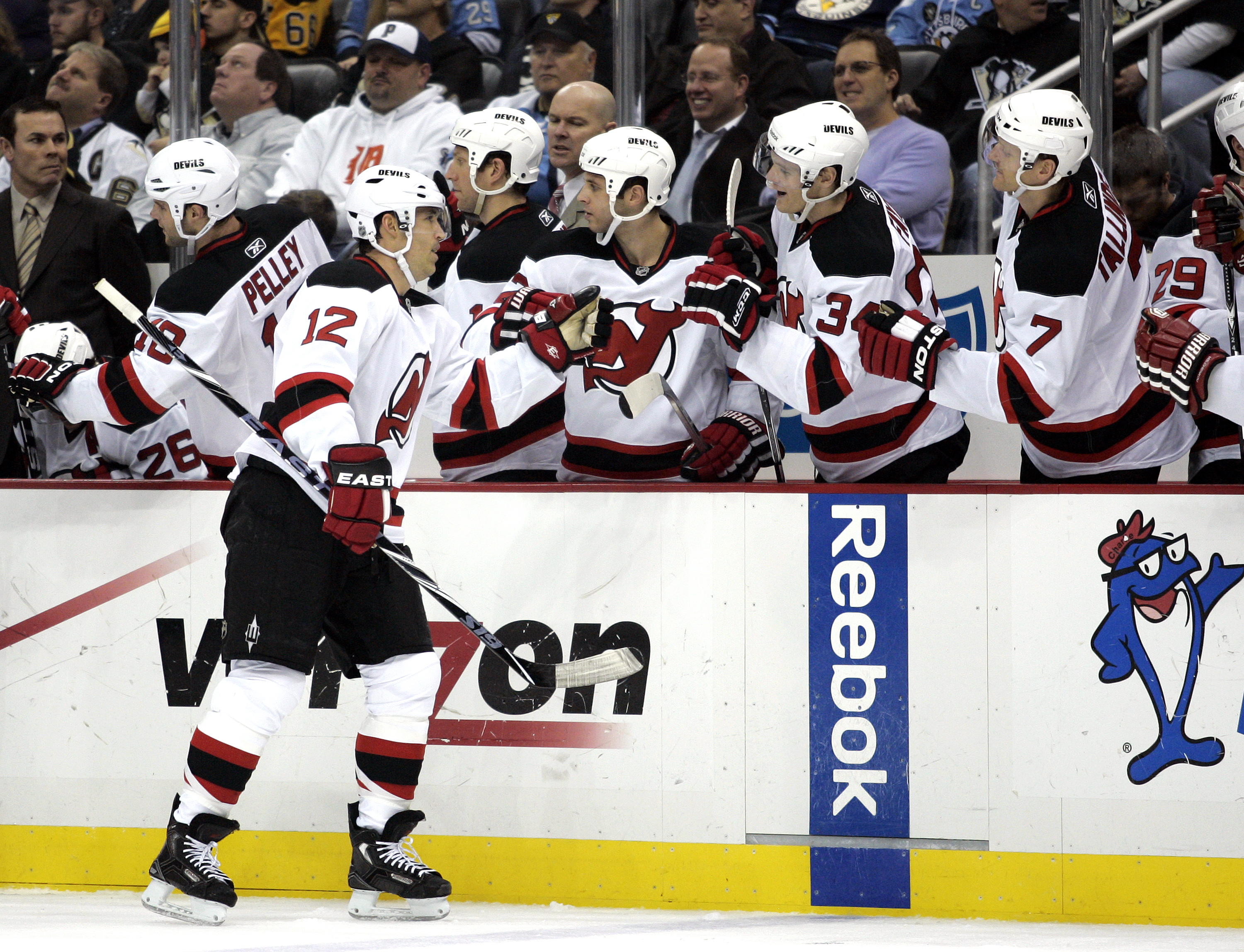 The Devils have not been able to celebrate enough, as the scoring has been practically non-existent.Justin K. Aller/Getty Images

Not to single these three guys out, but even with the defensive problems hurting the offense, what gives here?  It's not like an entire team could just immediately all lose the ability to score, could they?  It's mind-boggling, and hard to fathom how the team has had the struggles to score that they have.  For their fans, it's been hard to stomach. 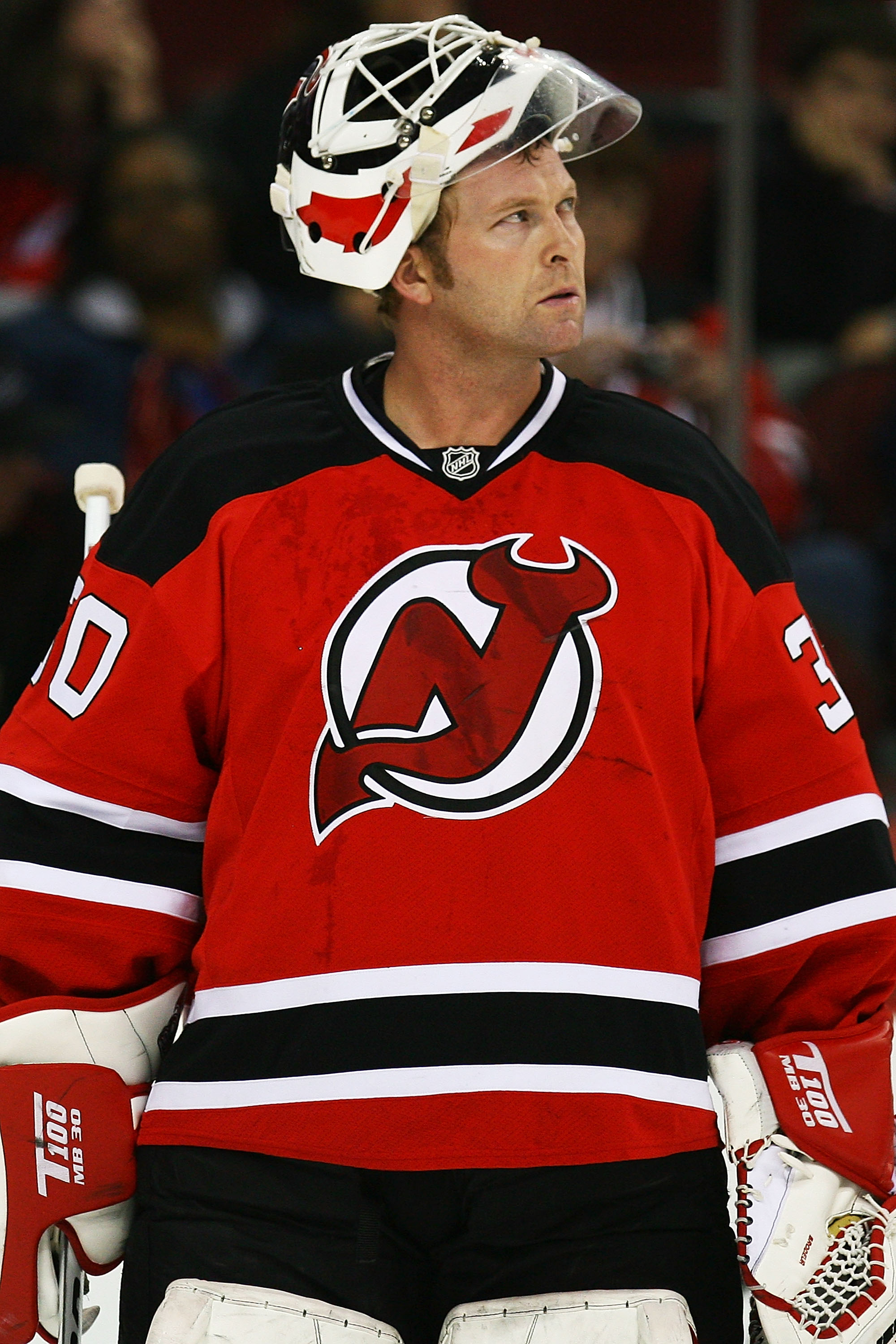 Are the Devils already forced to start thinking about next year?Andrew Burton/Getty Images

With 29 games played, and a record of 8-19-2, what type of record must the Devils put up in their final 53 games to even make the playoffs?  You'd think they would need at least 90 points, meaning they'd have to generate 72 points in those 53 games, which at face value, isn't completely unfathomable, but with a team that has four separate losing streaks of at least three games, and only won more than one game in a row once thus far this season, it's hard to think the Devils will be able to pull it off.

But, with the great financial investment Devils ownership has made this season, what will that say about the future?  If the Devils are playing to significantly smaller crowds than in the past come February and March, what will that do?  Can a team as highly leveraged in terms of debt withstand a big financial loss this season?  What will happen with restricted free agent LW Zach Parise?  Will the Devils' potential financial issues and their struggles on the ice impact the potential to re-sign Parise?

These are all questions the Devils will have to look into as the days move by and the chances for the playoffs become less and less likely.