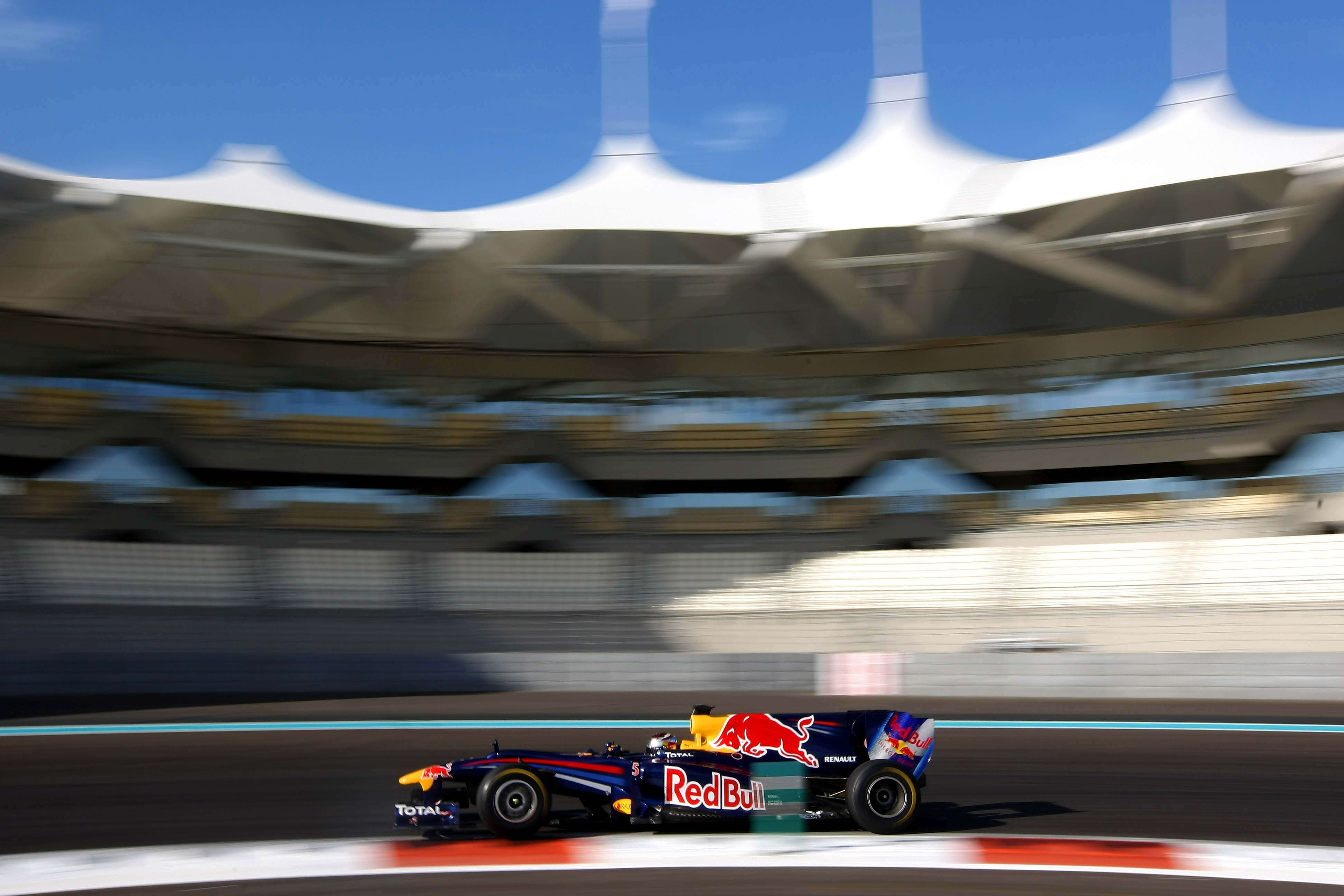 There can be no doubting 2010 was one of the greatest Formula 1 seasons of all time. It was compelling and exciting almost all the way through.

But with 19 races, five race winners and a number of memorable moments, which race was the best of the season? Here is my list of the five best races that this season had to offer. 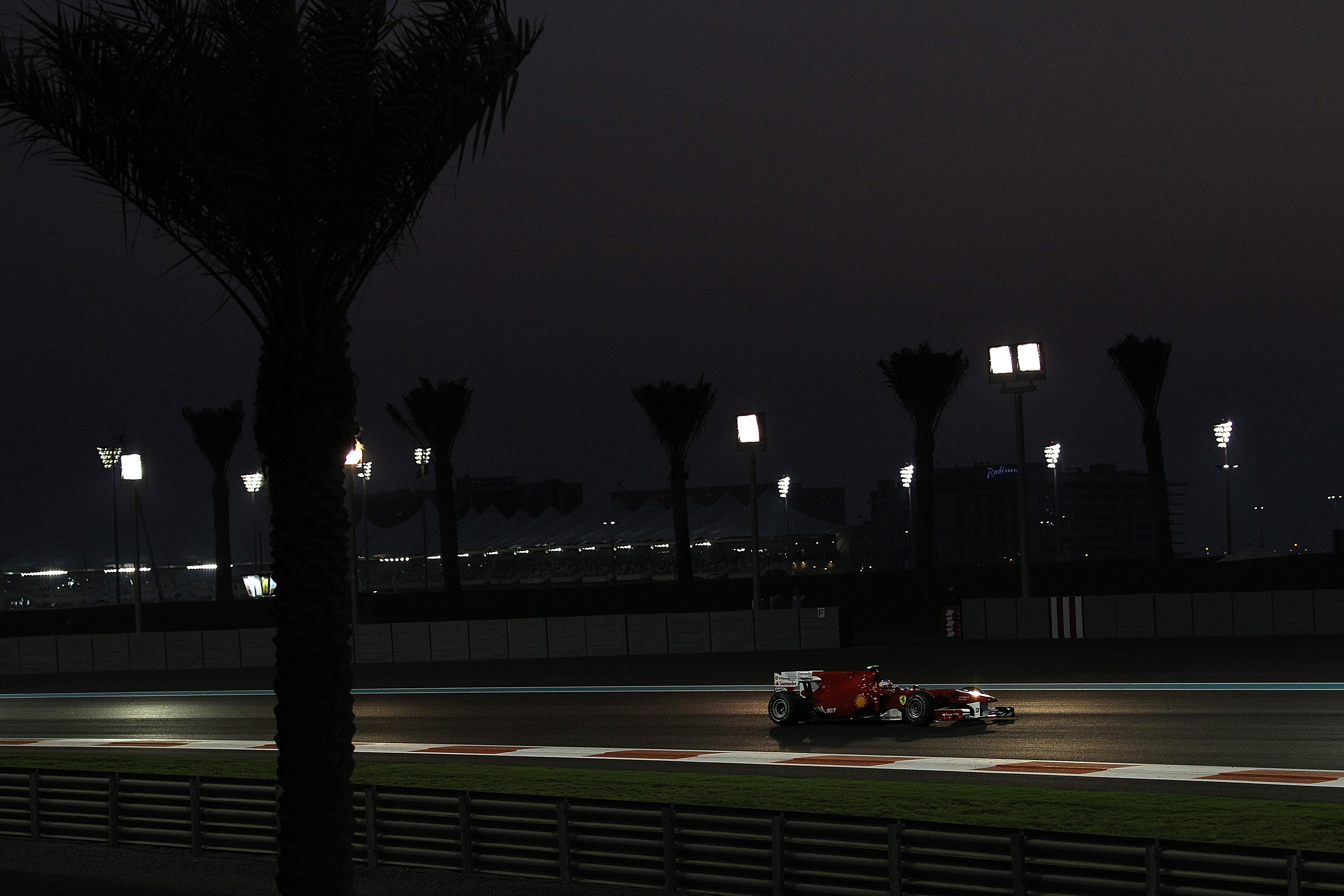 How can a race where the winner led every lap, set the fastest lap and started from pole be on the list?

Well this race was a driving masterclass in precision from the two men at the front. Alonso spent the entire race with Sebastian Vettel glued to his gearbox but the Spaniard did not make a single mistake and held on for the win, but only by 0.293.

The two of them were in a different league compared to the rest of the field and finished almost thirty seconds clear of third place Mark Webber. There were other incidents down the field with Lewis Hamilton retiring whilst attempting to pass Mark Webber, and Heikki Kovalinen's Lotus engine bursting into flames in the final laps. 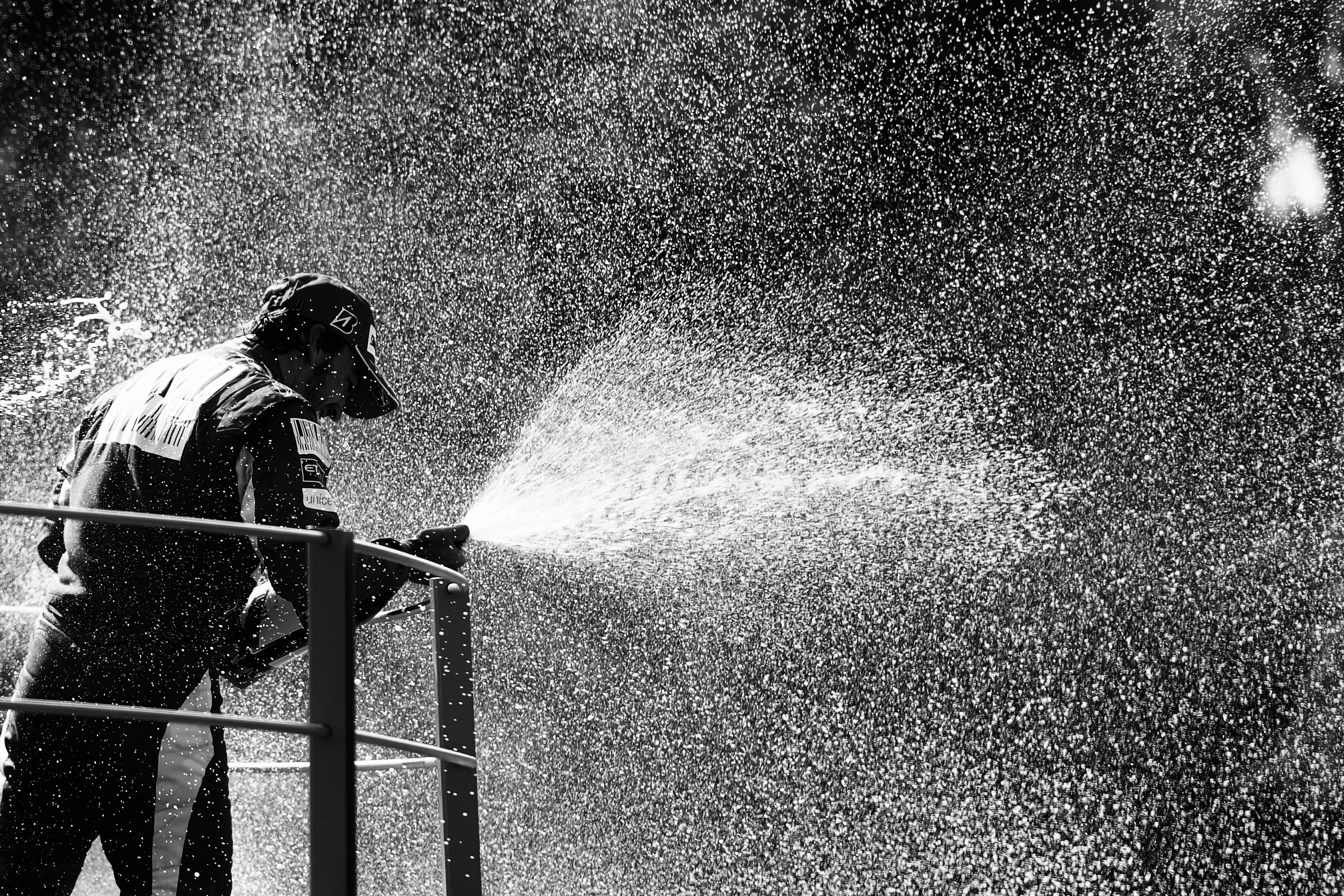 The script was written in Italy for Fernando Alonso to continue his championship recovery and win at Ferrari's home race, but Jenson Button was out to spoil the day for Alonso

Button got a great start and jumped Alonso's Ferrari and his teammate Lewis Hamilton down into turn one. Hamilton attempted to pass Felipe Massa at the chicane of turn three but he made contact and retired from the race.

This left Button leading from the two Ferraris of Alonso and Massa. Button had opted for a high downforce set up compared to the usual Monza set up of low downforce and top speed. Button was quicker through the corners, but the Ferrari could catch up on the straights.

Button withstood the pressure from Alonso for 36 laps before he pitted. Alonso then pitted one lap later and just managed to jump the McClaren driver. Button was unable to regain the lead and Alonso held on to win in front of his adoring Tifosi. 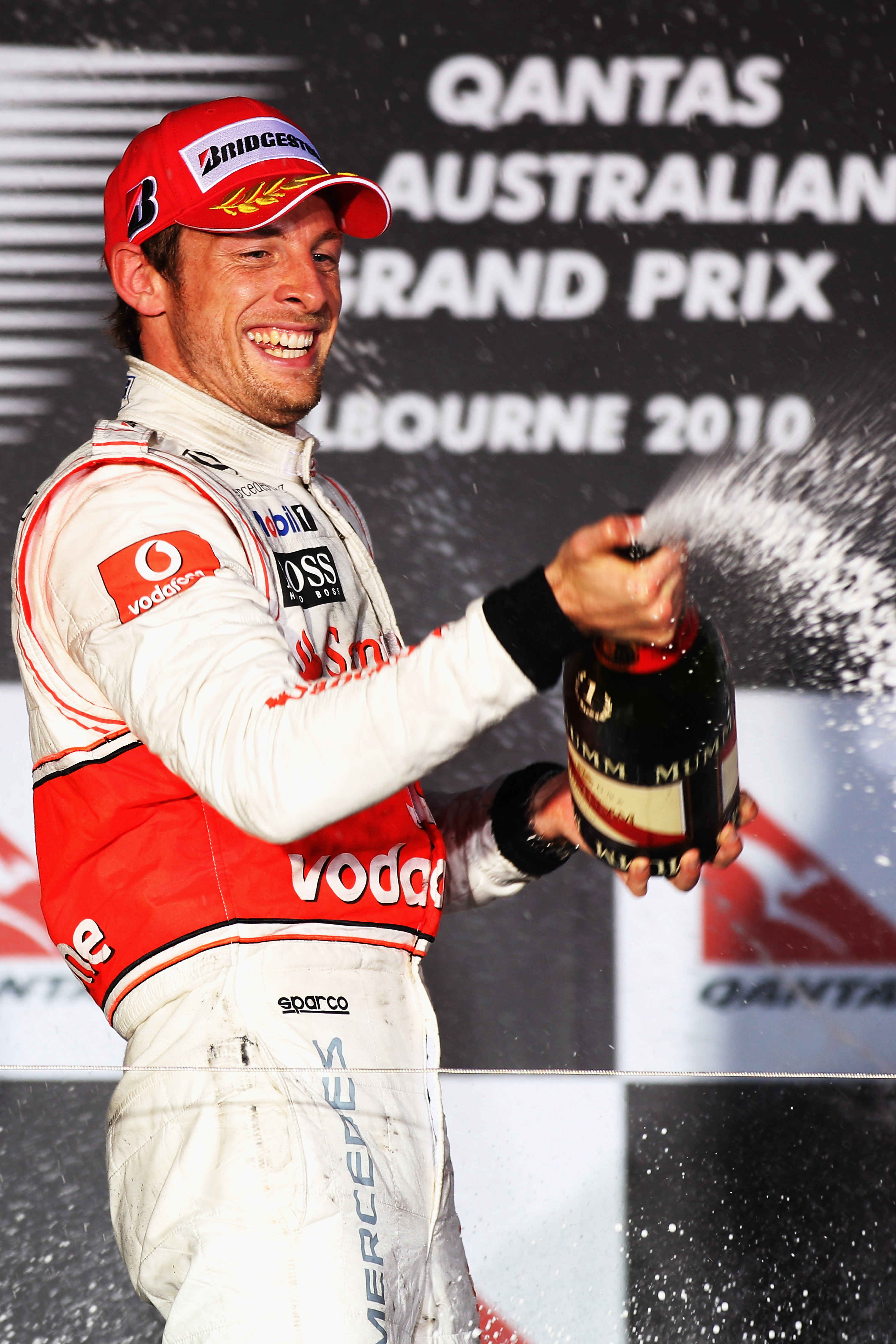 Jenson Button has always had a reputation for being good in mixed conditions and this showed once again in Australia.

Red Bull dominated qualifying and Sebastian Vettel secured pole from Mark Webber, but the race was declared wet, so everyone chose to start on the intermediate tyres.

Button slipped behind Kubica and Rosberg on the first lap, and he was then passed by teammate Hamilton, who was coming through the field from a poor qualifying. As he was only going backwards down the field, Button pitted for dry tyres and it appeared to cost him as he went off at turn three.

However, once his tyres were up to temperature he began lapping faster than the leaders and when they pitted for drys too, Button found himself second behind Vettel.

He was promoted into the lead on lap 25 when Vettel retired due to a left front wheel issue. Hamilton was chasing Alonso for fourth late on, but was taken out by Mark Webber, resulting in both losing places to Nico Rosberg.

Button held on for a comfortable victory, finishing 12 seconds ahead of Robert Kubica and Felipe Massa. 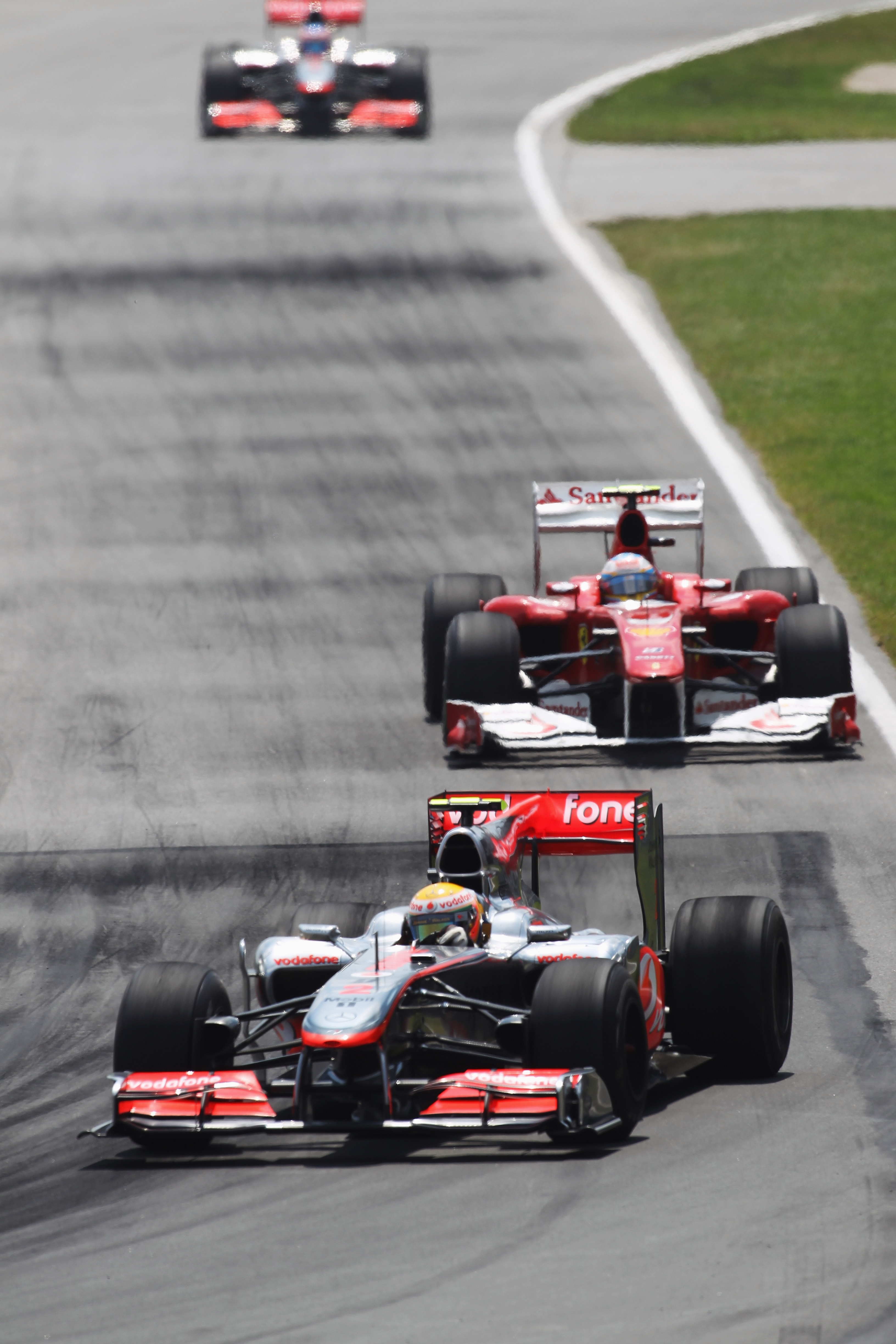 The Canadian Grand Prix was everything we had hoped for from the new rules. Tyre wear and unpredictability gave us the most thrilling race of the season.

Pole sitter Lewis Hamilton led into turn one, but behind there was chaos with Felipe Massa and Vitantonio Liuzzi colliding. Vitaly Petrov was forced onto the grass and caused others to take evasive action as he spun in turn one.

The tyres degraded at a fast rate, and the leaders were forced into early stops, meaning Toro Rosso's Sebastian Buemi briefly inherited the lead. Hamilton had fallen behind Alonso in this first round of stops, but managed to pass the Ferrari driver when Alonso failed to pass Buemi.

The second round of stops started on lap 26 with Hamilton pitting first. The order after all the second stops was Webber leading from Hamilton, Alonso, Button and Vettel. Webber had chosen not to pit for a second time yet and was still to put on the super soft tyre.

Webber's tyres eventually wore out and he was forced to pit and rejoined in fifth. Hamilton regained the lead with Alonso second and Button third. Button managed to pass Alonso on lap 56 when the Spaniard struggled to pass Karun Chandhok's Hispania. Vettel and Webber were forced to settle for fourth and fifth for Red Bull.

Button started to catch Hamilton late on, but Hamilton held on to win and claim a McClaren one two. The new rules had finally delivered. 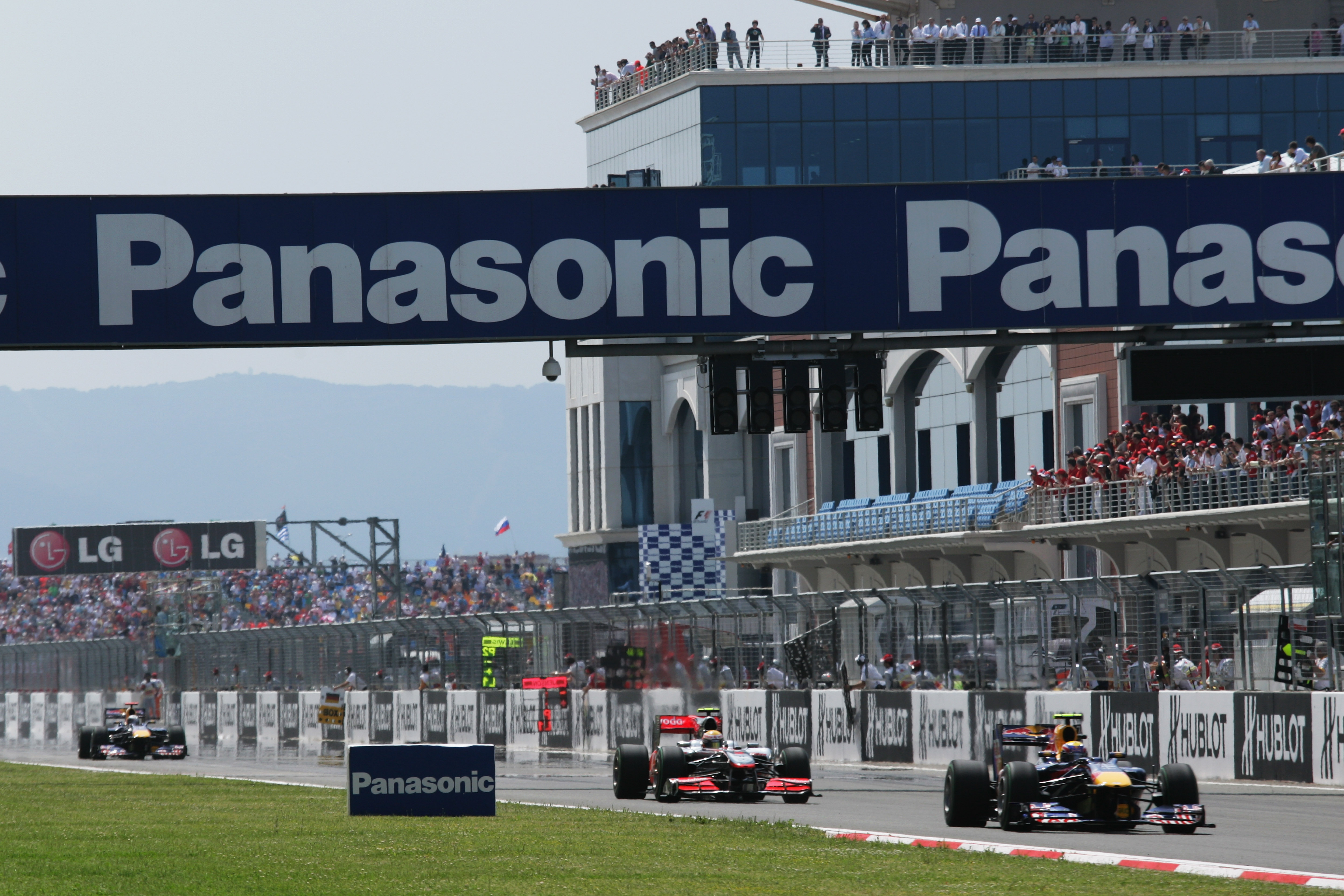 The Turkish Grand Prix sums up the 2010 season in a nutshell. It showcased the Red Bull and McClaren rivalry and Ferrari's early season struggles. It was simply the best race, the best story, and a true showcase of how good Formula 1 is at its best.

Mark Webber put his Red Bull on pole for the third race in succession, with Lewis Hamilton in second position. The other Red Bull of Vettel was third with Hamilton's teammate Button in fourth. Fernando Alonso qualified all the way down in 12th.

Vettel passed Hamilton off the line and Michael Schumacher managed to pass Button. But the McClaren's regained their places by the end of the lap. The Webber, Hamilton, Vettel and Button group pulled away from fifth place Schumacher comfortably.

After the first and only pitstops by the leaders, Vettel had managed to jump Hamilton to take second. The leading quartet remained remarkably close, and it was inevitable that there would be an incident.

On lap 40 Vettel attempted to pass Webber for the lead but he collided with his teammate. The incident retired Vettel as he flew off into the gravel trap. Webber very wide at the hairpin and dropped behind the McClarens but was crucially able to continue. An angry Vettel got out of his car and gestured at Webber.

At this point it seemed the excitement was all over. However, next it was the McClaren's turn as Button passed Hamilton into turn 12, only for Hamilton to reclaim the lead going into turn one. They even appeared to touch into turn one.

McClaren ordered their drivers to conserve fuel and Hamilton won the race from Button, but the main talking point was the Red Bull crash, which resulted in a feud that would last the season.