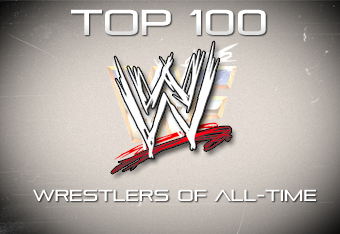 Time spent with other organizations, even if they were an affiliate of the WWE, is not being considered on my list.

Now, let's continue the countdown, with No. 80 on the list. 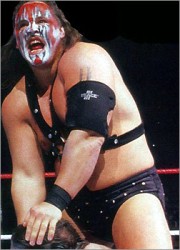 Barry Darsow, as "Smash" from Demolition

Barry Darsow's time in WWE should be remembered by the time he was wrestling as "Smash" in the very successful tag team known as Demolition.

From 1988-1989, for over a year, Demolition held the WWE Tag Team Championship belts for 478 days, the longest reign in history, during a time when the WWE tag team division was a rich landscape.

Demolition would also go on to win the championship two more times before last dropping it to the Hart Foundation.

Earlier this year, I ranked Demolition No. 1 on my list of Top Ten WWE Tag Teams Of All-Time.

What is unique about Darsow is he also spent time as a singles wrestler as a masked man known as Repo Man. 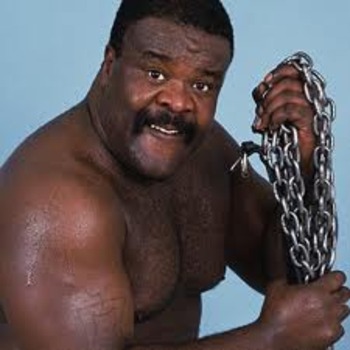 A lot of Junkyard Dog's success came before his entry into WWE in 1984.

However, on Nov. 7, 1985, JYD won The Wrestling Classic tournament.

What makes JYD winning this tournament so special is the likes of who he beat to win it.

In the first round, he defeated The Iron Sheik.  The middle rounds are nothing to talk about, because he defeated Moondog Spot and got a bye to the next round.

However, in the finals, he beat the legendary Randy "Macho Man" Savage.

He feuded with the likes of Adrian Adonis and Greg "The Hammer" Valentine during his four-year stint in WWE.

Known as Sylvester Ritter outside the ring, he passed away in 1998 due to a single-car accident in which he fell asleep behind the wheel.

Ritter was inducted into the WWE Hall of Fame in 2004. 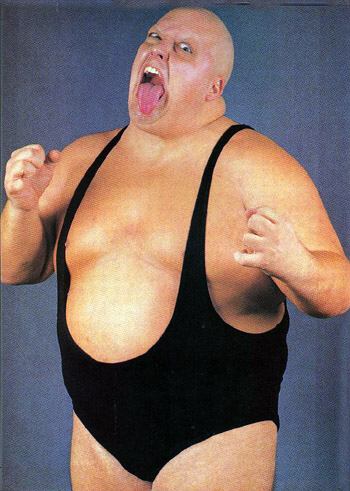 Bundy feuded with the likes of Andre The Giant and Hulk Hogan.

One of his biggest matches was at WrestleMania 2 for the WWE Championship in a Steel Cage match against Hogan, in which Hogan retained.

In a brief return to the WWE in 1994, King Kong Bundy would feud with The Undertaker, which would lead to a match at WrestleMania XI in 1995.  The Undertaker defeated Bundy, and shortly thereafter, Bundy left WWE.

Currently, Bundy isn't in the WWE Hall of Fame, but is a candidate to be inducted over the next several years. 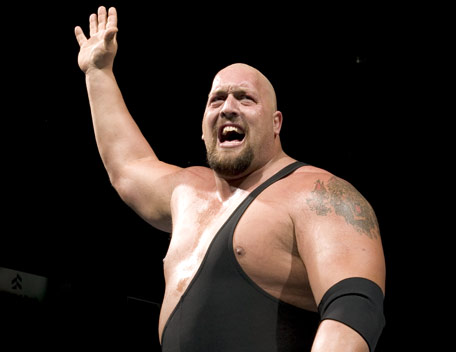 Tearing through the canvas in February 1999 at St. Valentine's Day Massacre, Big Show made his WWE debut after leaving WCW.

Inside the WWE, Show has been everything from a dangerous villain to a fun-loving fan favorite.

Big Show is a multi-champion inside of the WWE.  He won the ECW Championship back in 2006, defeating Rob Van Dam.

He is a five-time Tag Team Champion, twice with The Undertaker, once with Kane and most recently with The Miz and Chris Jericho.

At the 1999 Survivor Series, he defeated Triple H and The Rock for his first WWE Championship.

His title reign was short-lived, however, dropping the title back to Triple H on an episode of Monday Night Raw just two months later.

At Survivor Series 2002, he defeated Brock Lesnar for his second WWE Championship.

His second title run was shorter then the first, lasting only until the next pay-per-view, where he would drop the title to Kurt Angle at Armageddon.

Big Show is a force to be reckoned within WWE, but I don't think his character was handled properly.

He could of been one of the most dominant heels of all time; the big teddy bear gimmick just doesn't work for me. 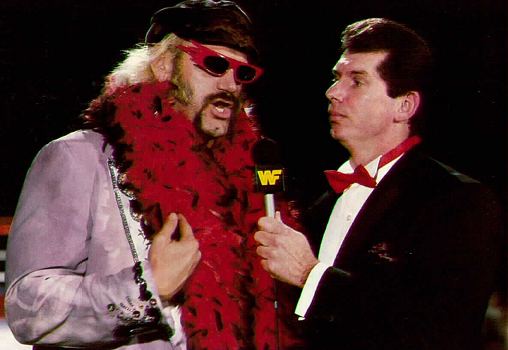 Jesse "The Body" Ventura's time in WWE is mostly remembered by his time as an announcer alongside WWE Chairman Vince McMahon.

"Win if you can, lose if you must, but always cheat!"

Most of Ventura's ring success was before he came to WWE.

However, he did team with Adrian Adonis as a top tag team in WWE, but were never able to win the Tag Team Championship.

Ventura got a lot of shots at champion Bob Backlund, but didn't win the championship.  It's OK, a lot of wrestlers fought and lost to Backlund over the years, and he was invisible for quite some time.

Ventura could have been so much more if it weren't for the blood clots in his lungs; it is a shame.

His flamboyance hasn't been duplicated yet in my opinion, and will always be remembered for his style and persona. 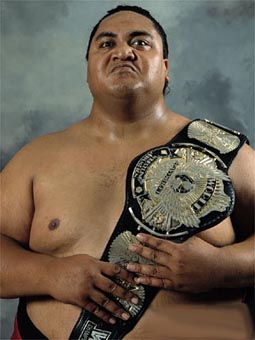 The late Yokozuna was a force inside WWE for quite some time in the 90's.

His Banzai Drop from the turnbuckle was devastating, as 600 pounds crashed down onto an opponent's chest into an eventual pin.

Winning the 1993 Royal Rumble, Yokozuna would face off against Bret Hart at WrestleMania IX in Las Vegas.

At the next pay-per-view, King of the Ring, Yokozuna challenged Hogan for the WWE Championship, which he would win due to a Japanese photographer shooting a fireball into the eyes of Hogan.

Hogan would leave WWE shortly after King of the Ring to pursue a career in WCW, thus having Yokozuna and his manager Mr. Fuji claim that they ended Hulkamania.

Yokozuna also won two Tag Team Championships with Owen Hart and feuded with The Undertaker, and defeated him in a casket match at the 1994 Royal Rumble.

Yokozuna will forever be remembered as a dominant figure in his short-lived time in WWE, and he should be considered for the WWE Hall of Fame.

Brock Lesnar could have been something great in WWE, but it wasn't to be.

Lesnar only competed in the WWE from 2002-2004, winning the WWE Championship three times.

Ultimately, the travel would break Lesnar down, and he gave up on WWE to pursue a career in the National Football League.

Lesnar would wrestle in Japan for a few years after the NFL didn't work out, and would end up competing in the UFC, where he is today and succeeding.

Lesnar's departure at WrestleMania XX had a real feel to it, as he flicked off the crowd before getting the Stone Cold Stunner from Steve Austin, who was performing as a special guest referee in Lesnar's final match against Goldberg.

Whether Lesnar likes it or not, the WWE made him who he is today.  Yeah, he worked his butt off in collegiate wrestling to get to the top, but WWE invested a lot of time into building Lesnar up to main event status so quickly.

I am not mad at Lesnar for him going out there and trying other things, but I am disappointed because I think he could have been one of the best ever. 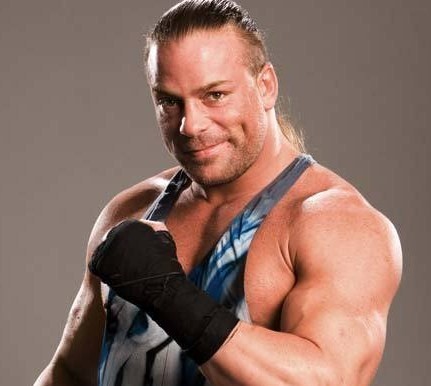 Most of Rob Van Dam's success in professional wrestling came in the original ECW before coming to the WWE in 2001.

On top of that, he would team up with the likes of Kane and Booker T, winning the Tag Team Championship twice.

His hardcore background from his ECW days would lead to him winning the Hardcore Championship four times, but that belt was thrown around a lot and didn't hold much importance.

Besides winning the newly created ECW Championship and the retired European Championship, Van Dam would win the major prize once.

Van Dam cashed in his Money In The Bank contract that he won at WrestleMania 22 on John Cena at ECW's One Night Stand, an amazing moment in his career because it was in front of so many original ECW fans in New York.

He wouldn't be champion long, and lost the belt the following month to Edge on Raw in a triple threat match that also involved Cena. 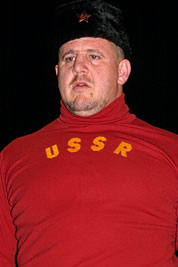 Inducted into the WWE Hall of Fame in 2005, Nikolai Volkoff was a great heel.

He also teamed with Iron Sheik in 1985 to defeat the U.S. Express to win the WWE Tag Team Championships at WrestleMania I.

The team of Volkoff and Sheik is one of the greatest tag teams in WWE history.

Volkoff's trademark was having the WWE crowds rise and stand up for the Russian National Anthem that he would sing before his matches.

Volkoff would feud with Hogan and receive a few championship matches, but would never win the gold. 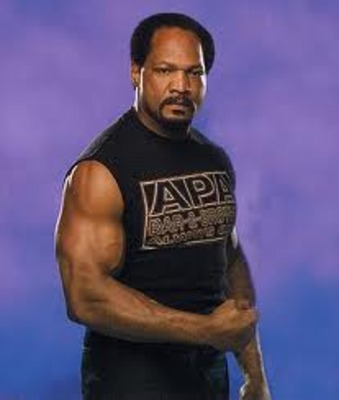 Ron Simmons, known as Faarooq in the WWE, would become a very successful tag team partner to John Bradshaw Layfield in the tag team known as The Acolytes.

A lot of Simmons' success in the squared circle came in WCW, but that is for a different day and a different article.

After a gladiator gimmick and feud with Ahmed Johnson didn't work out, Faarooq would form the Nation of Domination, which was ultimately taken over by The Rock.

However, WWE primarily used him as a tag team wrestler. The Acolytes would win the WWE Tag Team Championship on three separate occasions.

After his departure from the WWE full time, he would make several appearances, saying "Damn" backstage during odd moments, wearing a T-shirt with that slogan on it.

Overall, Simmons will go down as a good wrestler, but not a great one.

WWE could have used him in better ways, but his age and quickness affected this as he was used in different roles instead.

I have personal ties towards Simmons, as I have talked with him on several occasions since he lives down the road from me.

My personal feelings may have caused me to rank him a little higher than he belongs, but based on his tag team success and forming a great group known as the NOD, which jump-started the career of The Rock, I thing he deserves this spot.

Simmons is a heavy favorite to be inducted into the Hall of Fame this year in Atlanta before WrestleMania 27.