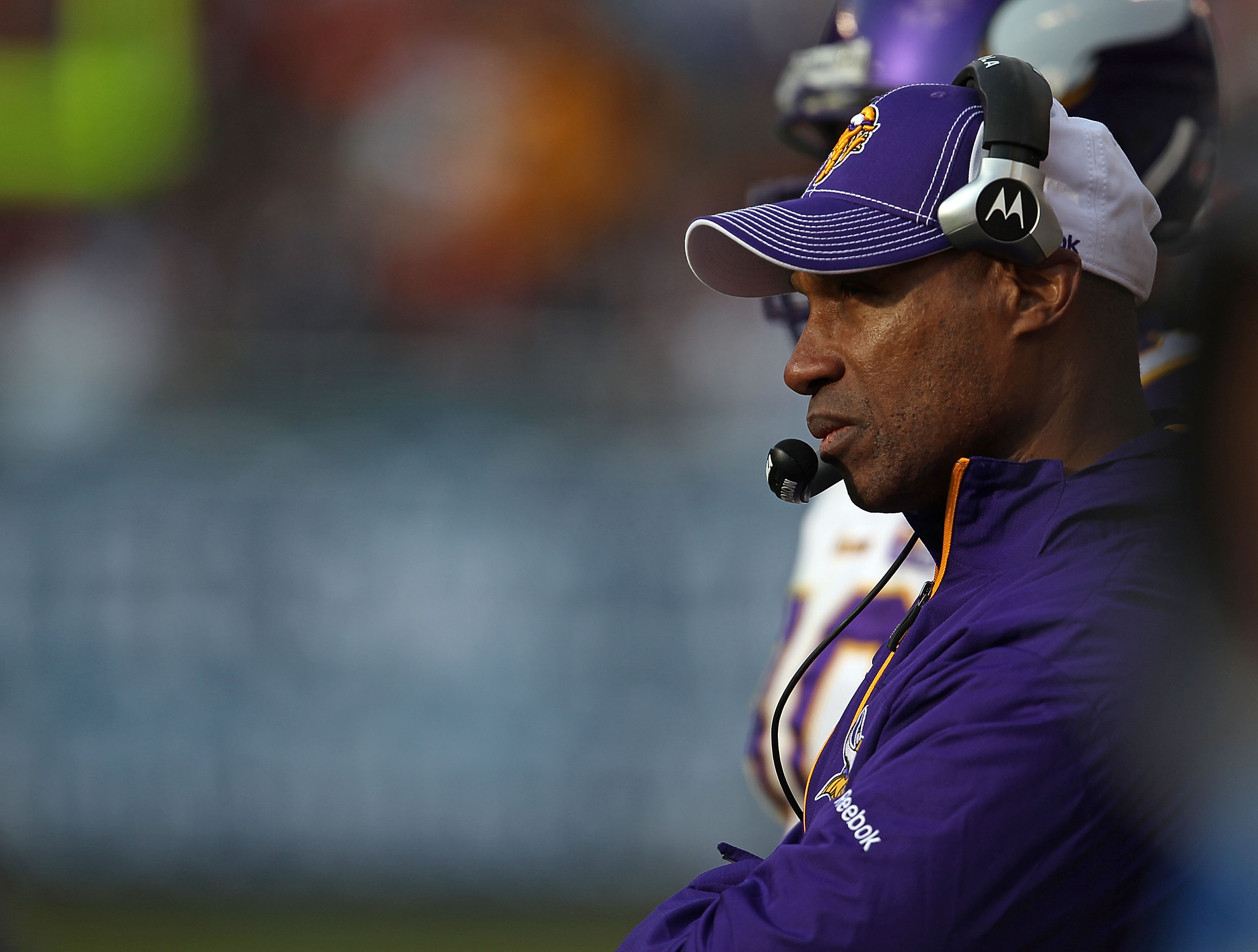 After a 3-7 start to the 2010 NFL season, Minnesota Vikings owner Zygi Wilf fired head coach Brad Childress. It was a particularly difficult and expensive decision because Childress had just received an extension last season.

The firing, like that of Wade Phillips just a few weeks ago, was not a surprise to many.

Childress had been fighting with several players including Brett Favre and Percy Harvin. His decision to waive Randy Moss after just a few weeks was a decision that irked Zygi Wilf, particularly because of the money owed to Moss and the draft pick spent to acquire him.

Eventually, a poor record in a season that had Superbowl aspirations was pushed over the edge by these reasons and Wilf had no choice but to fire Childress.

In steps in Leslie Frazier.

Frazier has been mentioned and interviewed for several coaching vacancies over the past few years. He is considered one of the top defensive coordinators in the NFL.

Frazier may be the perfect man for the job. The Vikings need to refocus on a strong running game and stout defense. Brett Favre simply cannot get the job done throwing the ball 35-40 times a game.

While playoff aspirations for the 2010 season are all but finished for the Vikings, the rest of the season will become a tryout for Frazier. With his record, Frazier has an excellent chance of continuing on to coach the Vikings next season.

If he doesn't here are 10 other possible candidates for the Vikings head coaching job in 2011. 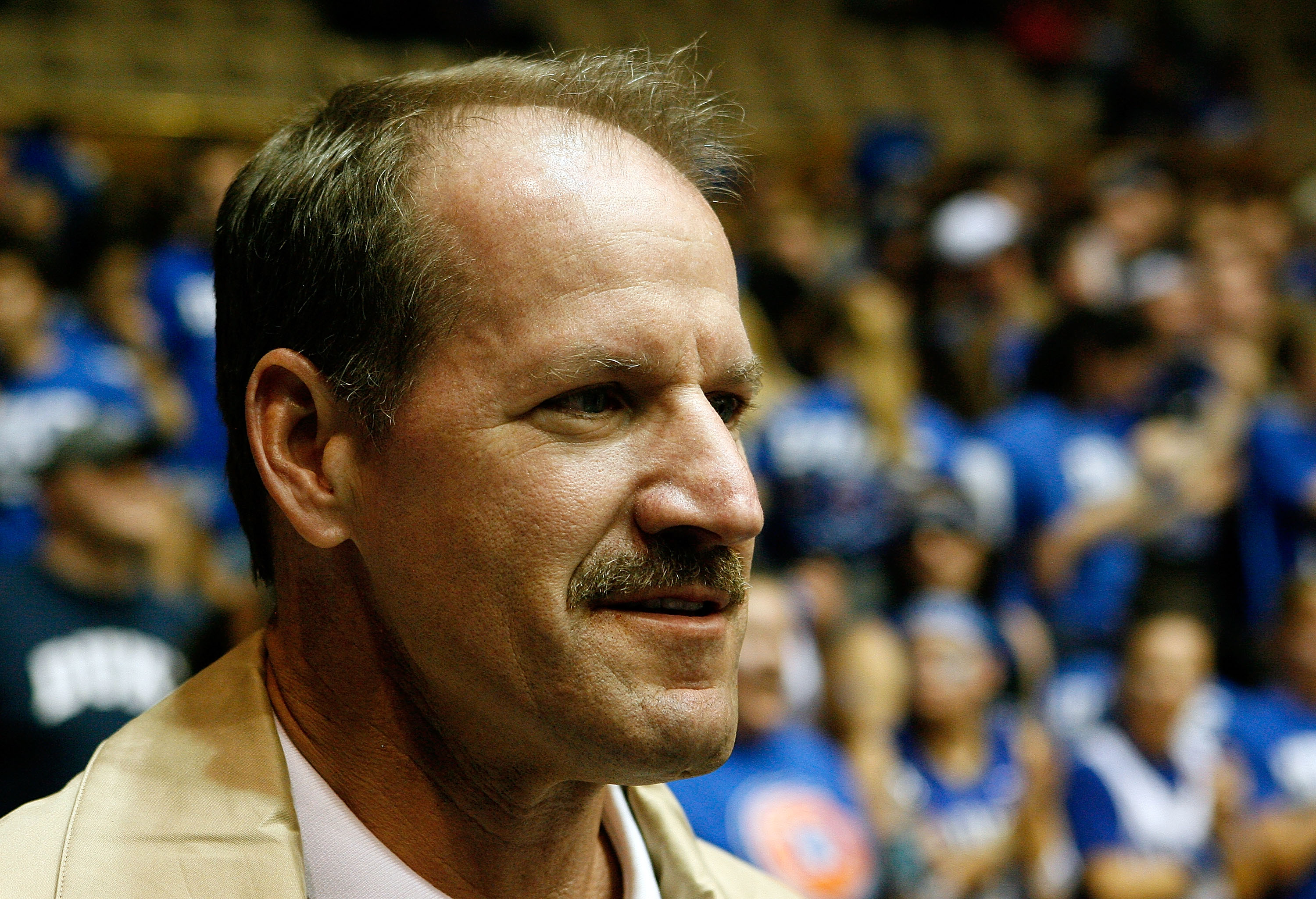 Bill Cowher is the dream coach for any NFL owner. In 15 seasons with the Pittsburgh Steelers, Cowher accumulated 149 victories with just 90 losses. He also won the Superbowl that had eluded him throughout his career in 2005.

Cowher has been serving as a studio analyst over the past few years for CBS and has stated over and over again that he does not plan on returning to coaching any time soon.

If the Vikings could manage to lure Cowher out of semi-retirement, they would immediately have one of the best coaches the NFL has ever seen. 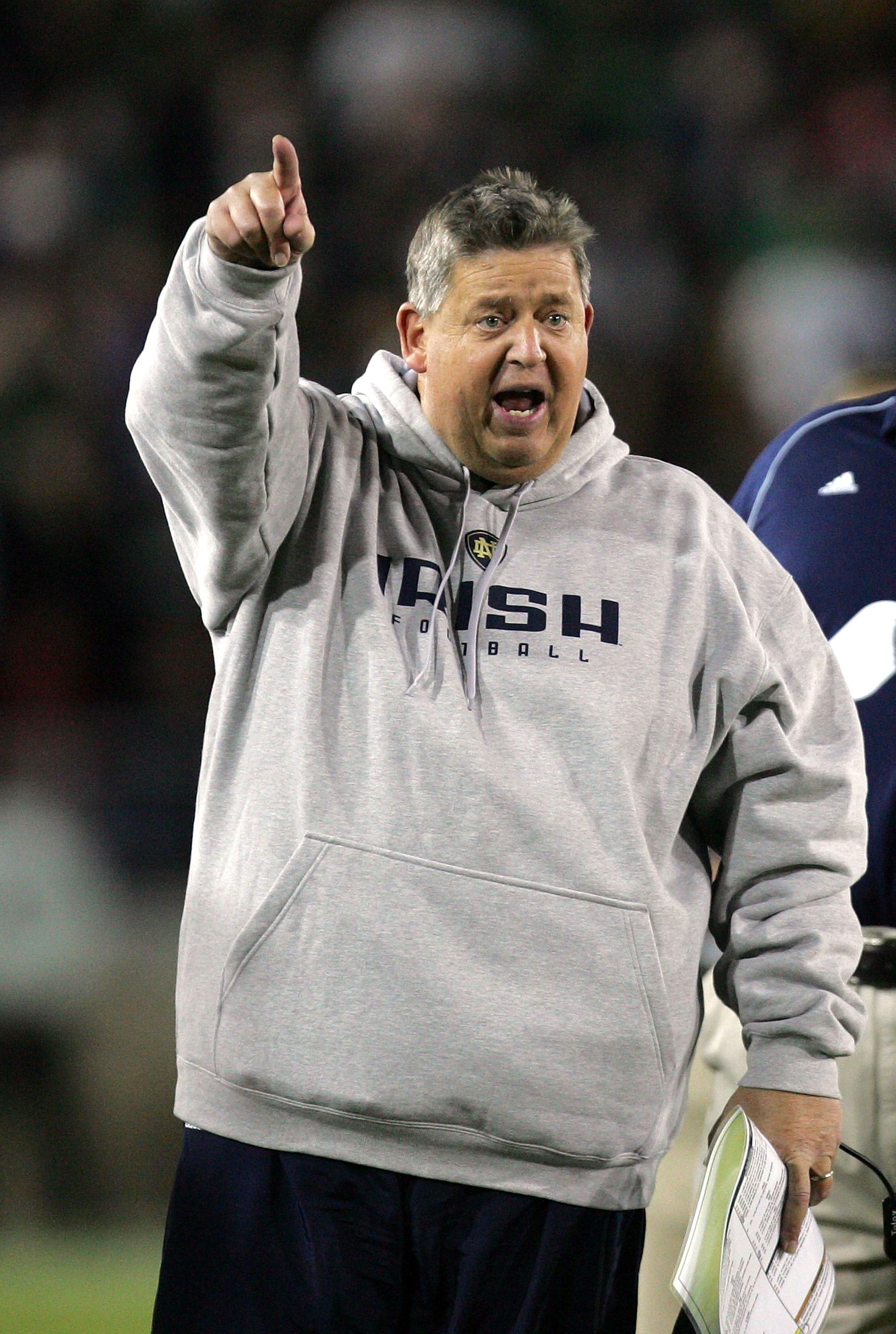 After a successful stint with the New England Patriots as offensive coordinator, Charlie Weis truly struggled with his first head coach position at Notre Dame.

The question surrounding Weis is whether he couldn't handle the duties of head coach or whether the college football atmosphere just wasn't for him.

In his first season as offensive coordinator of the Kansas City Chiefs this season, Weis has radically altered the Kansas City offense. The Chiefs have the number one running game in the NFL this season and Matt Cassel has improved enormously under Weis over the course of the season.

Weis could be an attractive option if the Vikings believe that his struggles at Notre Dame derived solely from recruiting and lack of talent rather than his inability to handle a head coaching position. 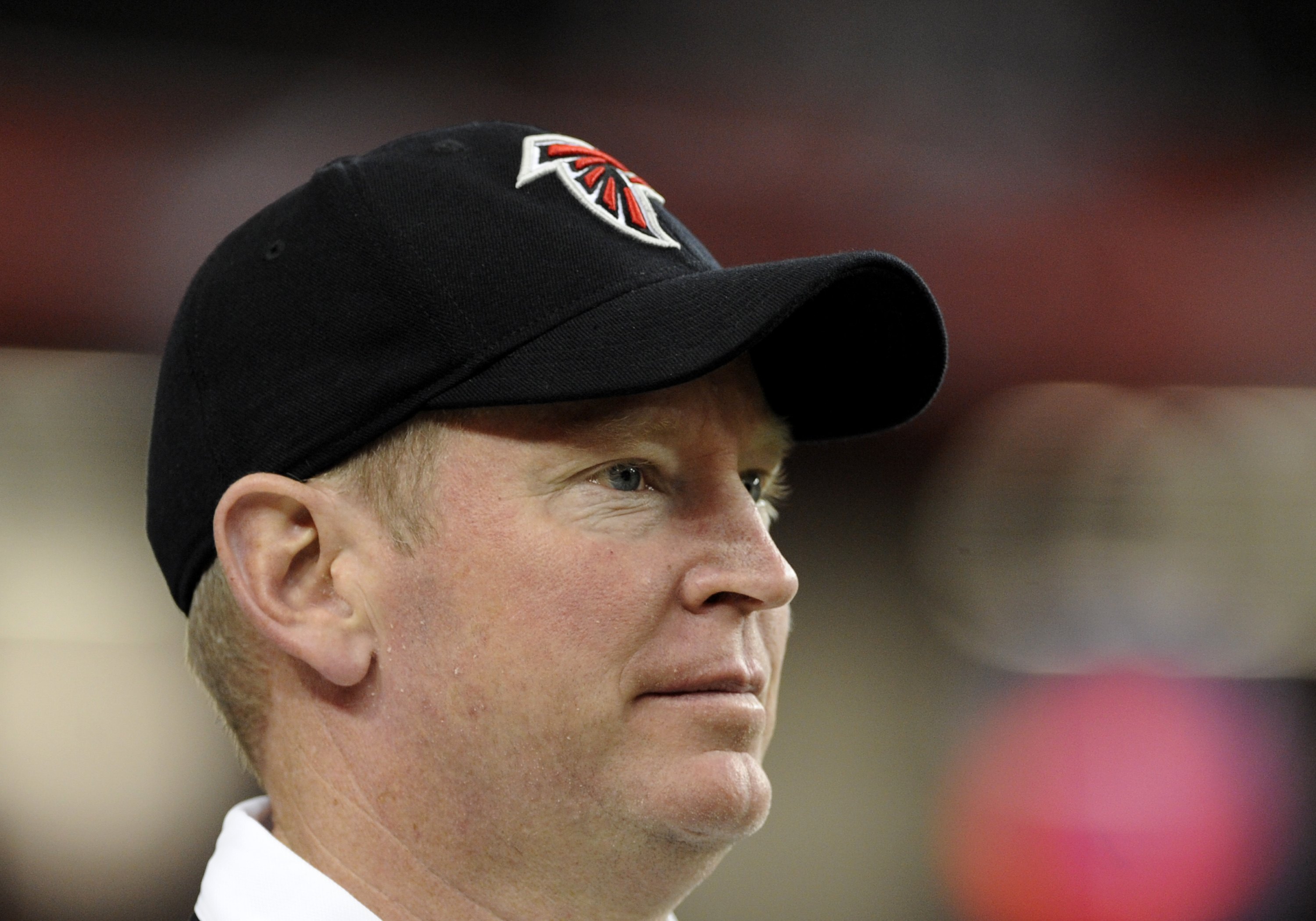 One of the top coordinator candidates for coaching vacancies, Mularkey has little but somewhat successful experience as an NFL head coach. As the Buffalo Bills head coach Mularkey led the Bills to their last winning season in 2004, but he resigned the next year due to disagreements with the direction of the team.

Mularkey is yet another offensive-minded coach who could work to develop whichever quarterback eventually succeeds Brett Favre. 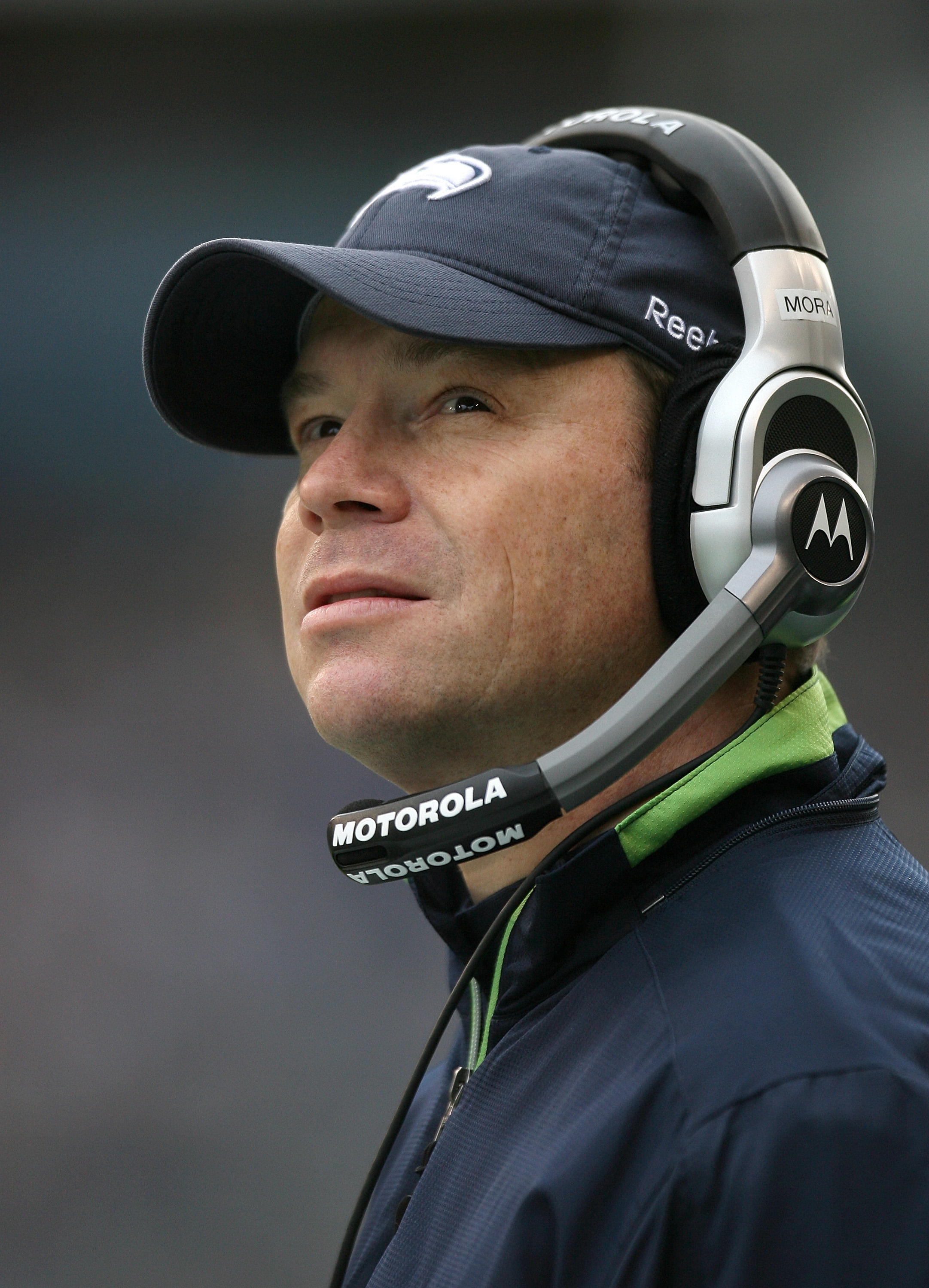 Jim Mora Jr. lasted just one year in his last head coaching stint, which was with the Seattle Seahawks. Last year, Mora Jr. led Seattle to a 5-11 record.

Mora has served as a coach or consultant in the NFL since the age of 24. His 25 years of NFL experience are unparalleled by any coaching option under the age of 50.

Currently serving as a color analyst for FOX, Mora would certainly be interested in rejoining the ranks of head coaches in the NFL. His track record may not be perfect; however, his football knowledge cannot be questioned. 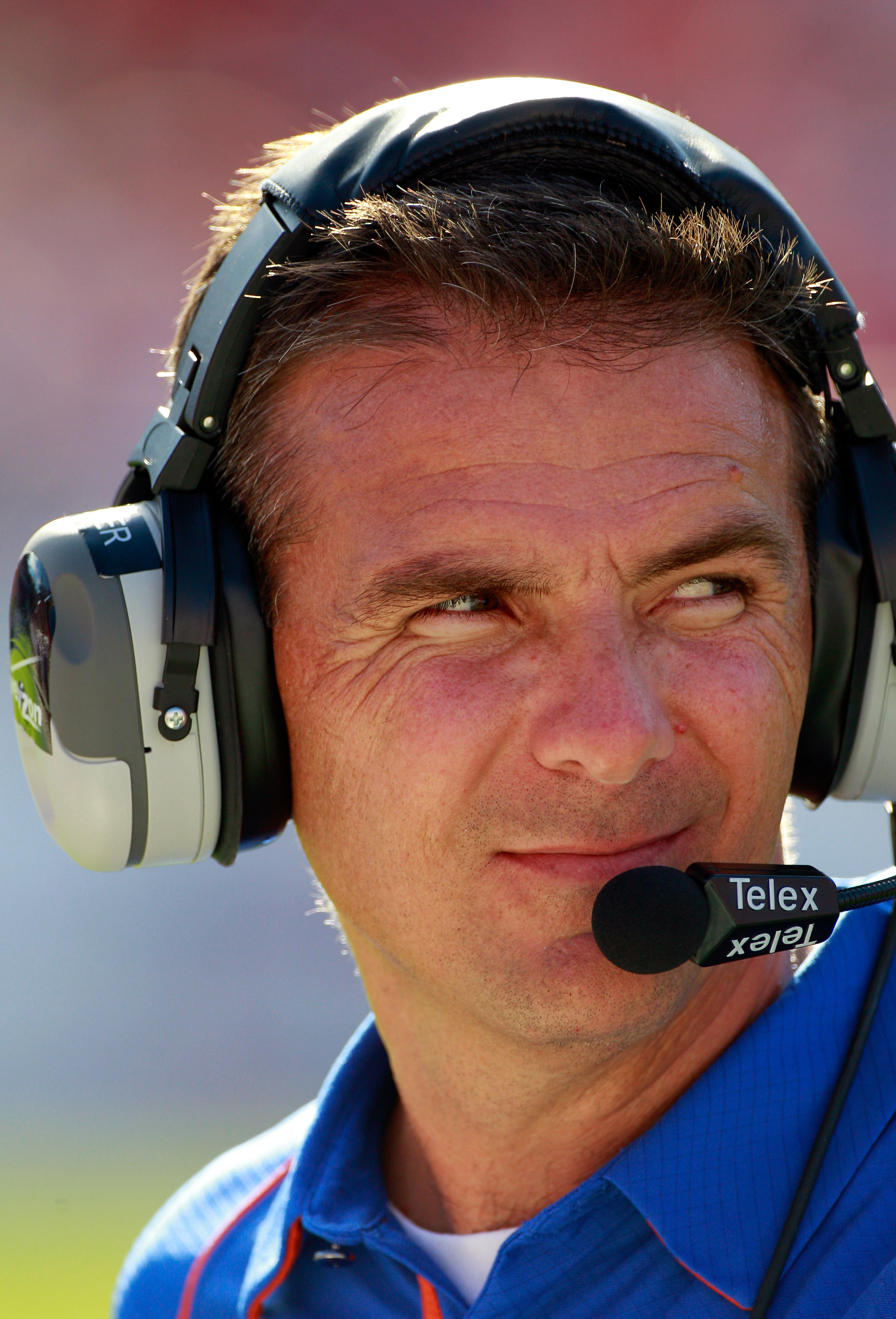 The first of the college coaches on this list, Urban Meyer has experienced his first truly difficult season as a head coach this season. He is discovering the negative effects of being a college coach: players can only stay for four years.

Without Tim Tebow, Meyer has struggled to lead the Gators this season. He has experience in disciplining players (see Chris Rainey, Cam Newton, Carlos Dunlap) and his offensive schemes are some of the most creative in football.

One reason Meyer may not be a fit for the NFL, however, is that his real strength lies in recruiting. Still, a reunion between Percy Harvin and his former college coach could be the boost that the Vikings offense needs. 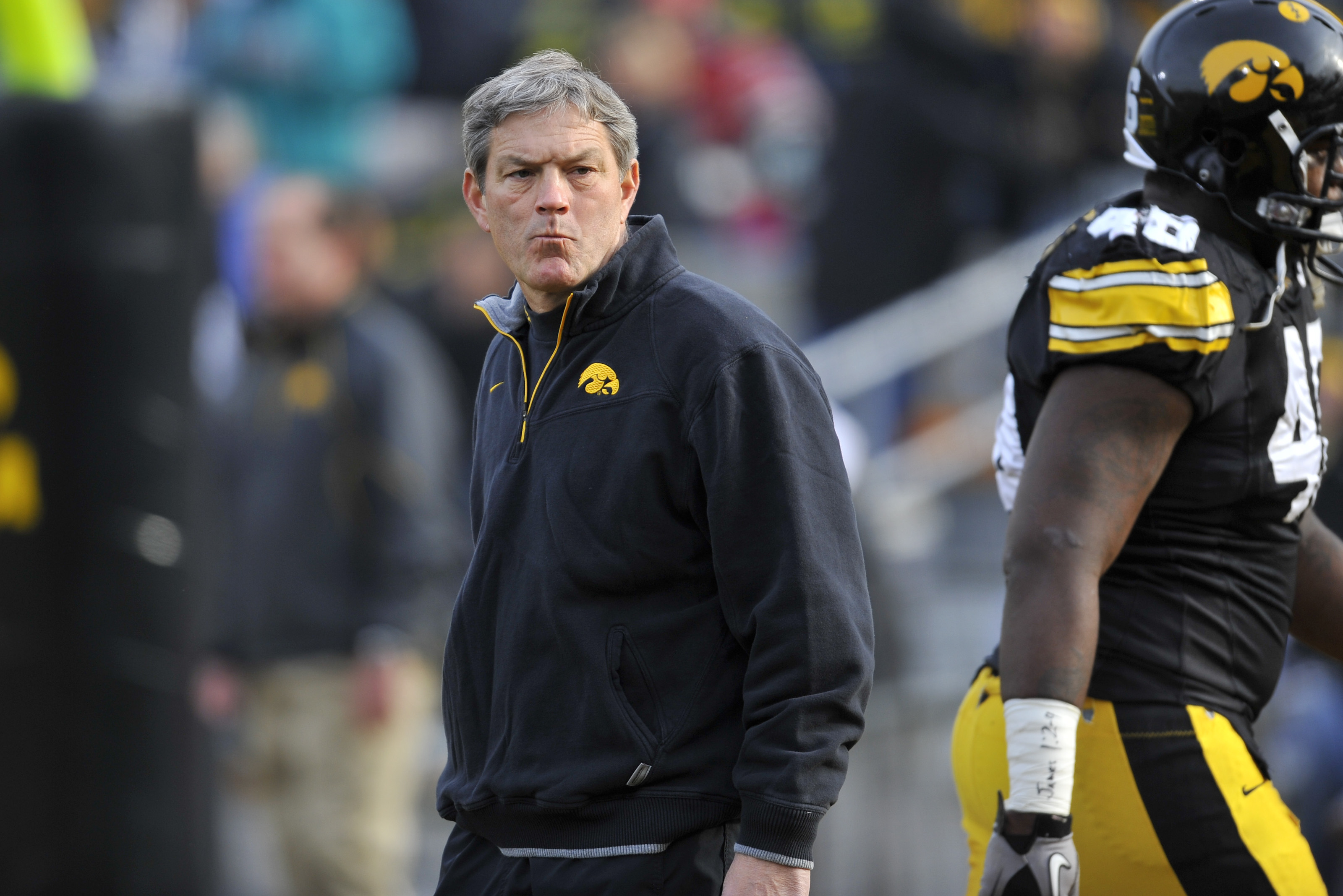 We have our second college coaching candidate in Kirk Ferentz. While Ferentz has minimal NFL experience (just six years as an offensive line coach), he has proven himself the master of the turn around at Iowa.

Ferentz's first season at Iowa was a disaster. The Hawkeyes went 1-10 and did not win a single game against a fellow Big 10 opponent.

Three years later, Iowa found themselves in the Orange Bowl with an 11-2 record on the season. Ferentz has had a total record of 88-57 at Iowa. While Ferentz is one of college football's highest paid head coaches, he has been rumored in several NFL coaching vacancies over the last few years.

The Vikings could provide the geographic comfort and proximity to Iowa that Ferentz may desire to make the leap to the NFL. 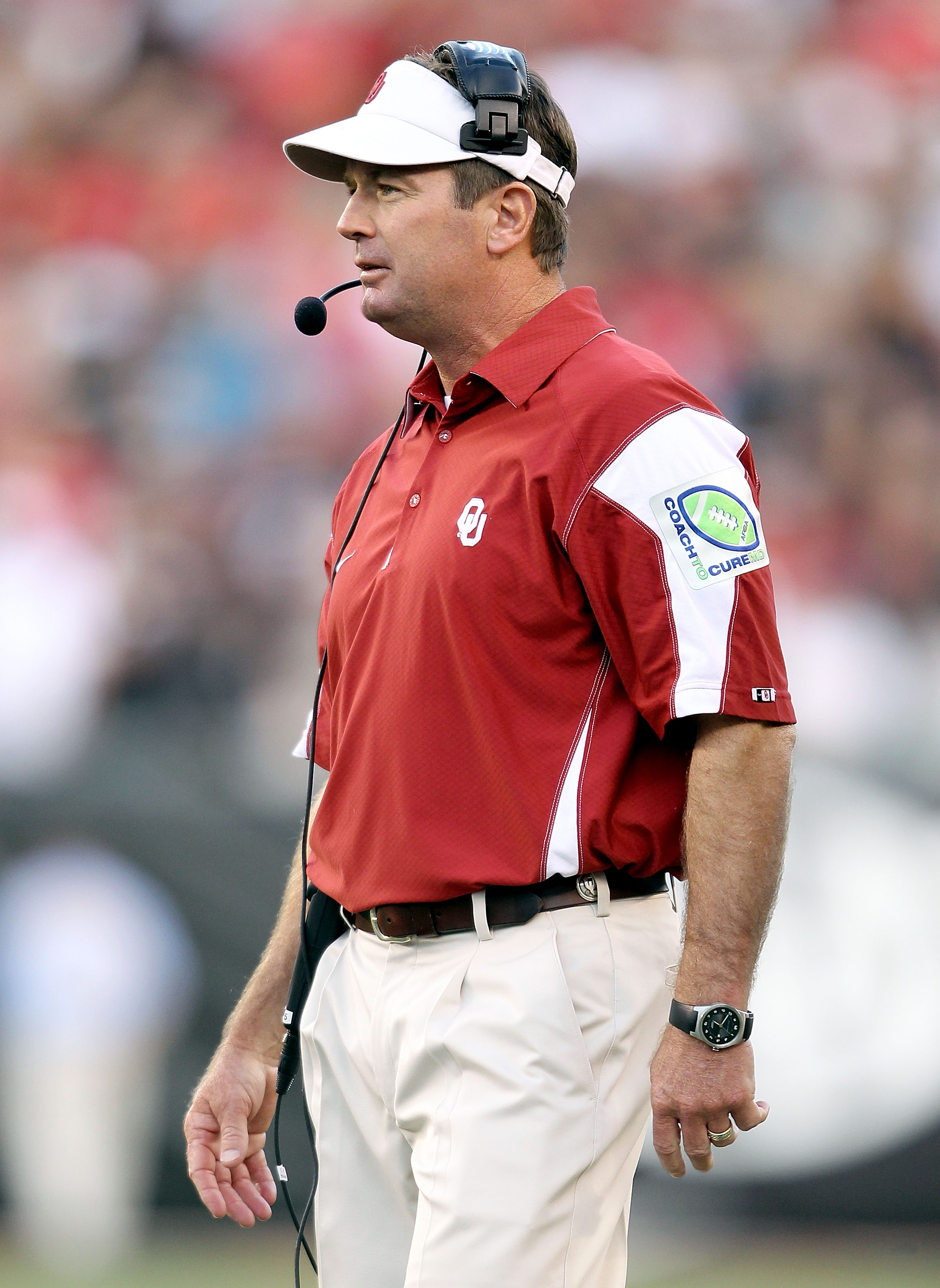 The last of our college coaching candidates, Bob Stoops has proven everything he could possibly want to at the college level. With Oklahoma, Stoops has won five Big 12 titles and a National Championship in 2000. His overall record of 126-31 has made him an attractive candidate for several coaching vacancies over the past few years.

Stoops is one of the highest paid coaches in college football, so it would likely take a big contribution from the Vikings to lure him away from Oklahoma. Stoops, however, would bring a defensive mindset that could propel the Vikings to the top of the NFC North next year. 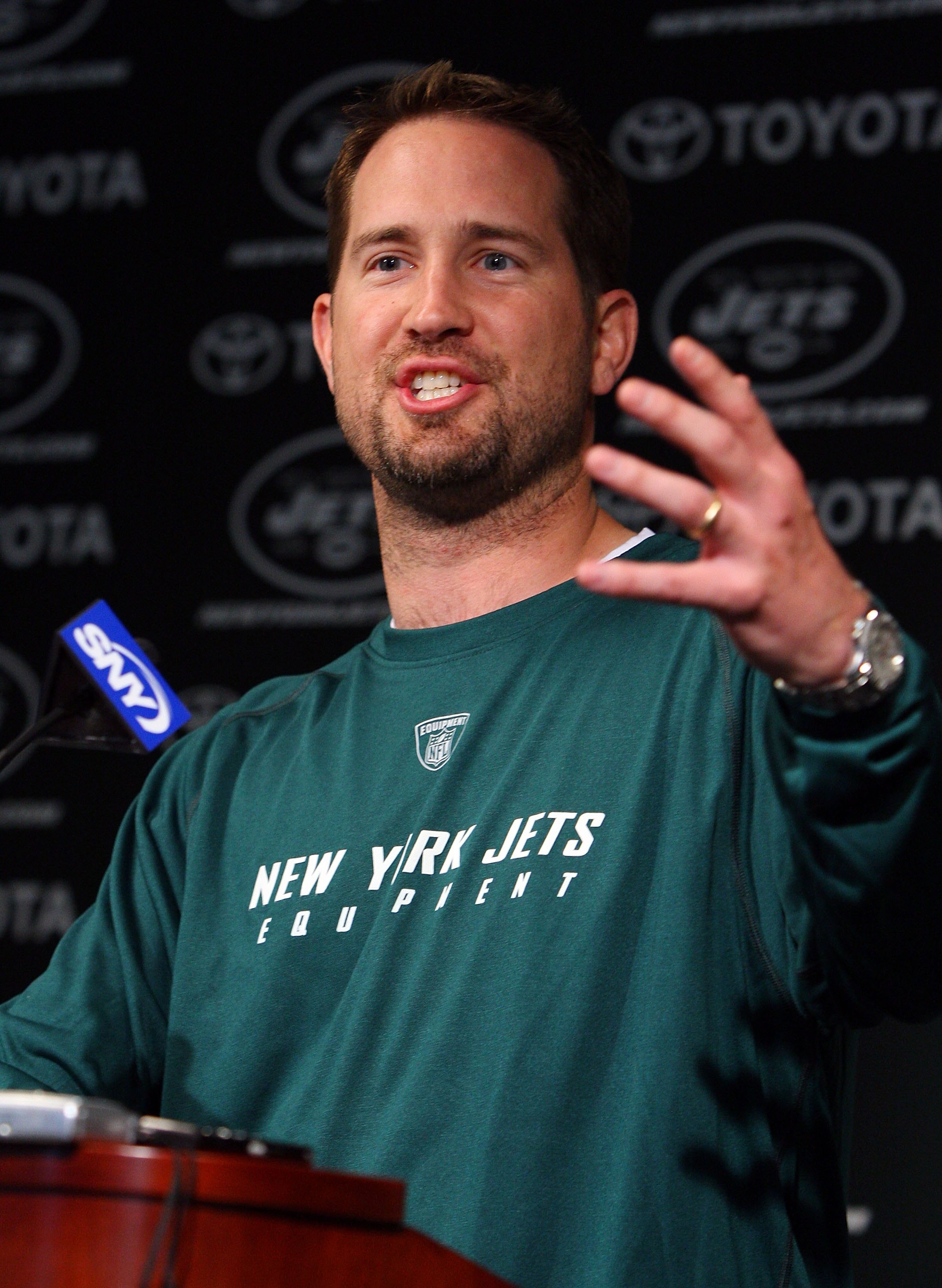 One of the youngest coaching candidates out there, Brian Schottenheimer at age 37 comes from a coaching pedigree that includes father Mark and uncle Kurt.

Schottenheimer currently serves as offensive coordinator for the New York Jets. His work with Drew Brees and Mark Sanchez has illustrated his ability to develop NFL quarterbacks, a skill particularly important since the Vikings will likely be looking for a quarterback to groom for the future after Brett Favre retires.

One thing to note is that Schottenheimer declined to interview for the Buffalo Bills head coaching vacancy this offseason. Therefore, it might take a little extra to convince Schottenheimer to join the mess that is the Minnesota Vikings right now. 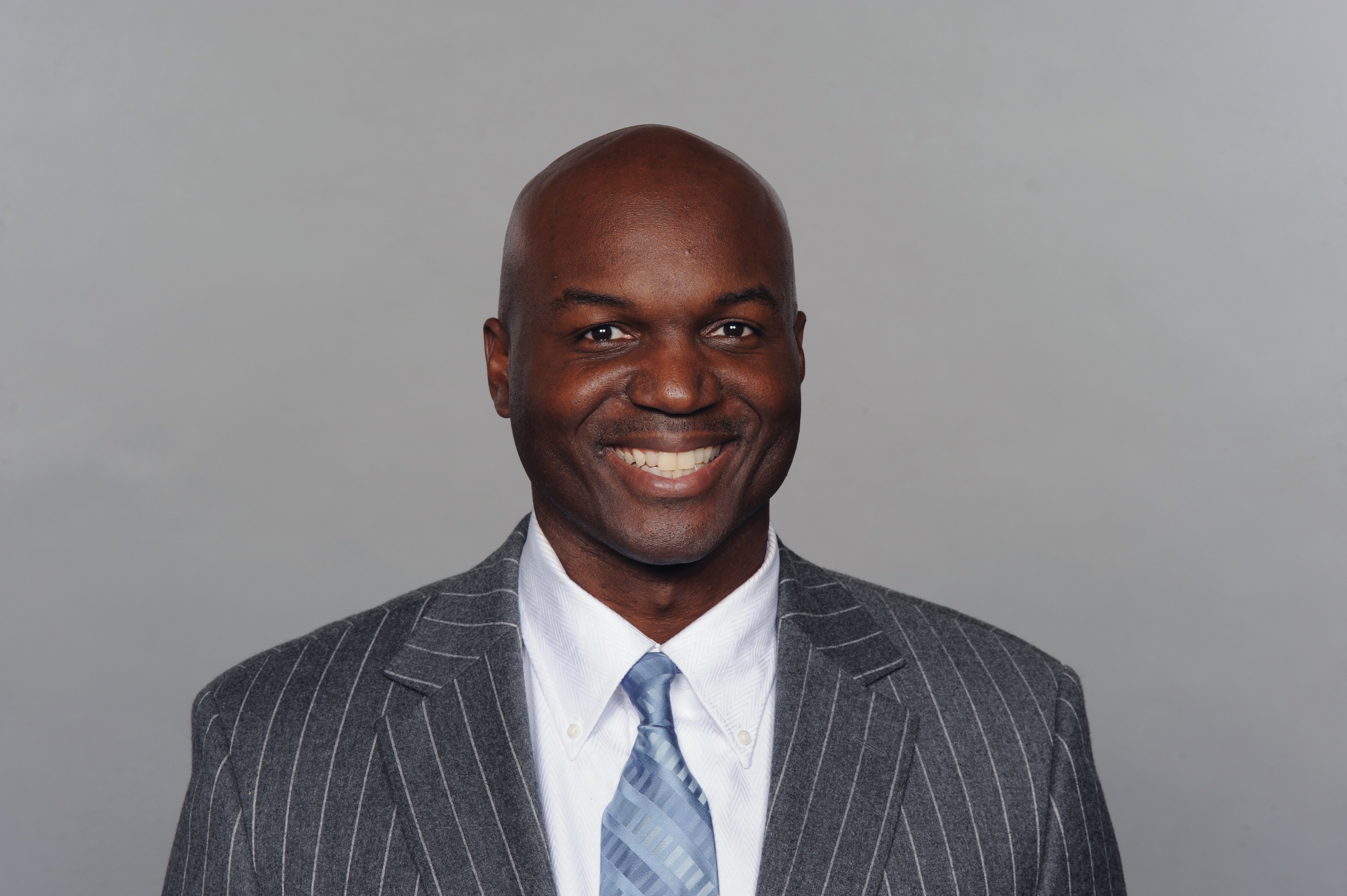 Todd Bowles is the candidate you likely have never heard of. Currently serving as assistant head coach and secondary coach of the Miami Dolphins, Bowles played safety in the NFL for eight seasons before entering coaching.

Bowles has done an excellent job with the Miami secondary this season helping Vontae Davis and Sean Smith develop while also moving Jason Allen back to cornerback where he is more comfortable.

The biggest reason Bowles might be attractive is the fact that he would be a cheaper coaching candidate. This is particularly important considering how much the Vikings will be paying Brad Childress over the next few seasons not to coach. 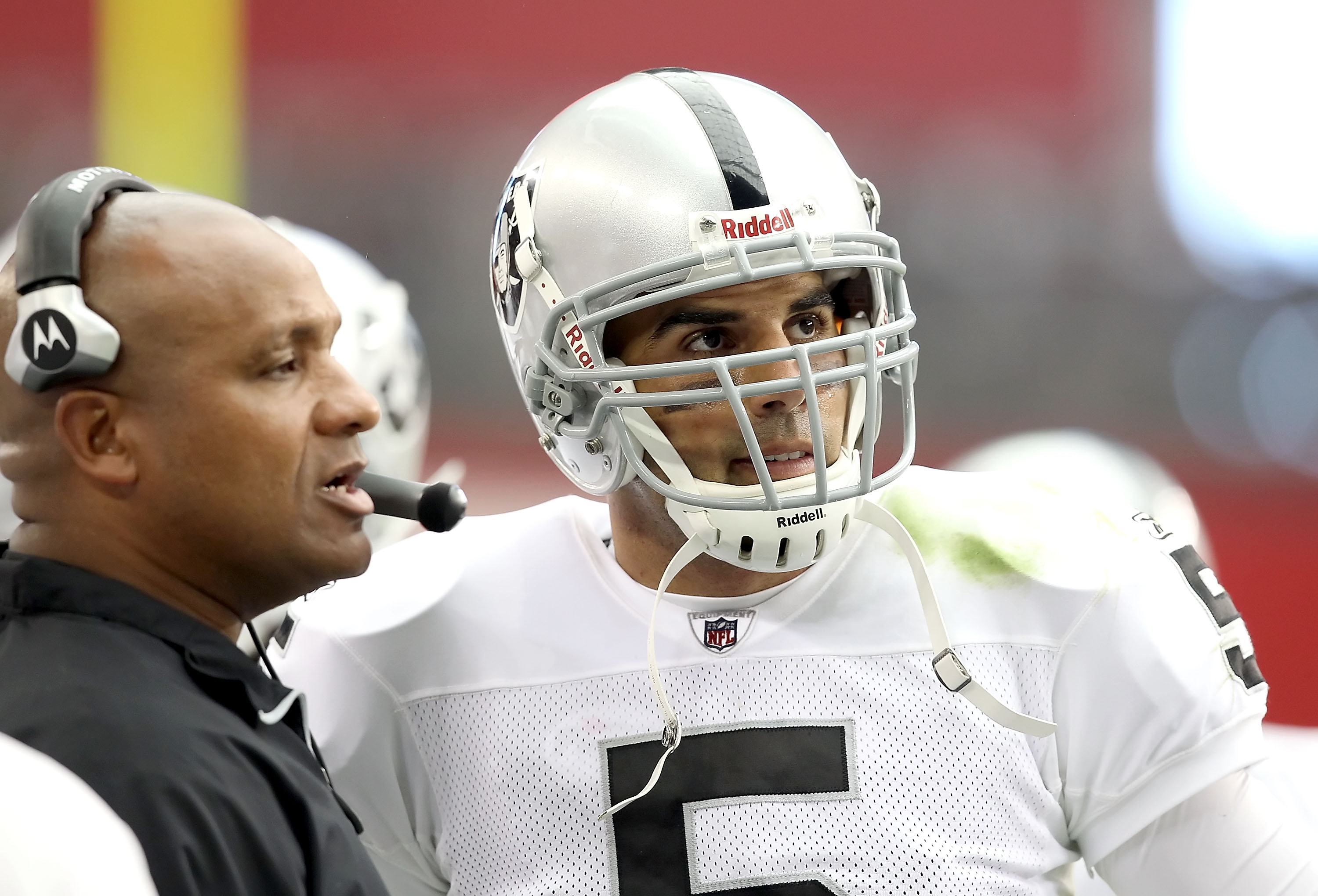 Hue Jackson is the offensive coordinator of the Oakland Raiders this season. Jackson has improved the Raiders running game immensely and should be credited for a much improved Raiders offense this season.

Jackson could be another cheap option for the Vikings. Jackson may also provide a youthful infusion that has been successful with teams like the Steelers with Mike Tomlin.