Alex Riley and The 10 Worst-Behaved Wrestlers of All Time 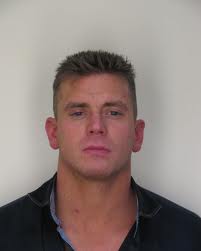 If you haven't already noticed, multiple WWE Superstars were cut from the WWE yesterday. Since his arrest, Riley has been removed from the RAW Roster section on WWE.com.

Riley's arrest sparked talk of his possible release in the near future. Over the year's multiple WWE Stars have been involved in altercations outside the WWE ring. More than once leading to an arrest or criticism from fellow wrestlers.

Alex Riley's misfortune sparked a weird interest in me. So I did some research and was surprised by the quantity of arrests. I compiled all the research and produced this slideshow. 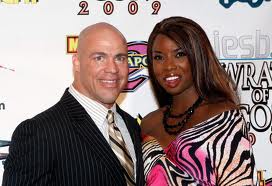 The Olympic Gold Medalist. Kurt Angle has been arrested on two different occasions.

In 2007, Angle was arrested at his home for DUI. Angle had not been stopped by Officials but was reported by a woman who claims Angle was very close to running her over. Angle later failed a sobriety test and refused to take a blood test.

Shockingly enough, Angle was cleared on all charges.

In 2009, Kurt was once again arrested. This time for stalking ex-girlfriend Trenesha Biggers. Better known as Rhaka Khan in TNA. More charges were brought against Angle. Driving with a suspended license and harassment. Officers also found illegal growth hormone Hygetropin in his vehicle.

Once again, Kurt was cleared of all charges. He and Biggers have since worked out an agreement to avoid contact with one another. 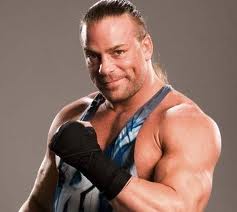 The Whole F'n Show has had his troubles with the law. Those of you who wondered why RVD's first WWE Title reign was short, here's your answer. Van Dam was arrested once.

In 2006, Van Dam and Sabu were stopped for speeding. Further search of Van Dam's vehicle turned up multiple illegal substances. Marijuana, Vicodin, Testolactone, and drug paraphernalia was in their possession.

Van Dam and Sabu were immediately arrested but were released after posting bail.

WWE Officials had RVD drop the WWE and ECW Titles over the next two days. Besides that, Van Dam was suspended for 30 days and fined $140. 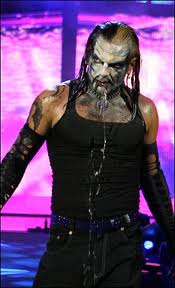 The Charismatic Enigma has only been arrested once before. Ironically, it's the reason Jeff isn't in the WWE today. WWE used CM Punk to ridicule him in a promo after Hardy left WWE.

Officers also found a small amount of drug paraphernalia. Along with Jeff violating the Wellness Policy twice, these things were pretty bad. Charges are still pending and Jeff is expected to report to court next month. 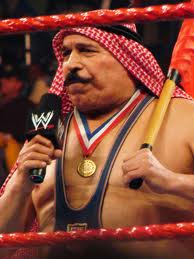 The Sheik has unsurprisingly been on the wrong side of the law. Strangely similar to RVD and Sabu's situation.

In 1987, Sheik and Hacksaw Jim Duggan were pulled over under suspicion of DUI. Officers found Duggan under the influence of marijuana. The Sheik was high on cocaine. Cocaine was also found inside the vehicle.

Sheik received a year of probation while Duggan got a conditional release. The arrest scrutinized the WWF. Duggan and Sheik were on-screen rivals and the thought of them doing drugs together ruined the angle. Also ruined Sheik's career.

Sheik was later released from the WWF. 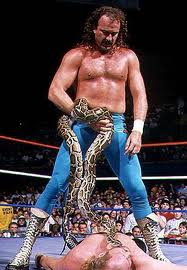 The Snake has racked up an incredible rap sheet. Strange thing is, there's not much information on any of the arrest. Just the charges.

Child support has also been a pain in the back for Roberts. Arrested twice in the 90's for unpaid child support.

Jake's woes with the law didn't end there. Roberts was arrested in 2001 for DUI.

Roberts was arrested again in 2005 for possession of cocaine. 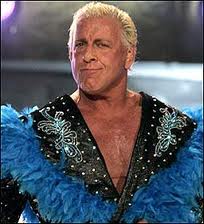 The Nature Boy. Ric Flair's arrest has been the subject of ridicule on WWE programming soon after it took place. Notably by Edge

In 2005, Flair was charged with road rage. Flair allegedly exited his car, kicked the door of a motorist's car, and briefly choked him. Though it may be his only arrest, Flair has been involved in other disputes. Flair's daughter, Ashley, was arrested for assaulting a officer.

During a fight involving Flair, Ashley, and her boyfriend. Flair was also involved in a domestic dispute with his fourth wife in February. She caused small injuries to Flair's face and was charged with assault. 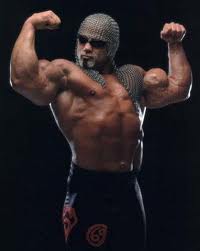 Big Poppa Pump has one of the worst rap sheets on this list. Pump has been arrested twice in his illustrious career.

In 1998, Steiner was involved in a incident with a Department of Transportation employee from Georgia. Steiner was attempting to use an exit on the Interstate when the employee informed him the exit was closed. A heated argument followed and Steiner ran over the employee with his Ford.

The employee was not seriously injured and Steiner was arrested for aggravated assault. Steiner's first offense so he was found not guilty but spent 10 days in jail, 200 hours of community service, and a large fine.

During a match on Nitro, an EMT ran to the ring to tend to injuries sustained by Chris Daniels. This was a work. Steiner thought the EMT was a paid actor and he struck him twice. Steiner was later arrested at an airport. Charges were dropped due to the misunderstanding. 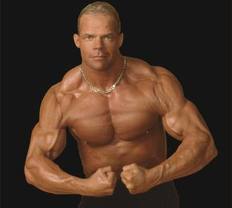 Lex Luger's controversy with Law Enforcement has been highly publicized over the years.

Driving under the influence before rear ending a car. Luger was also driving with a suspended license.

When Miss Elizabeth died after a overdose of drugs and alcohol, Luger was charged with over a dozen drug possession counts.

Elizabeth's death was later ruled accidental. Luger pleaded guilty and was sentenced to five years probation and a large fine.

Luger, along with Buff Bagwell and Scott Steiner were removed from a flight to Winnipeg, Manitoba. Steiner and Bagwell were released while Luger was detained due to his previous felony charges and not asking his parole officer for permission to leave the country.

He was sentenced to nine weeks in jail. 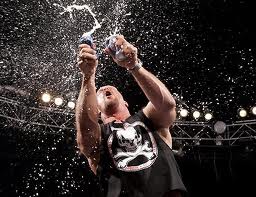 Yes, believe it or not. The Rattlesnake has been arrested before. The charge was pretty bad to say the least.

In 2002, Austin's wife, Debra Marshall called police after a domestic dispute with Austin. Debra was covered in multiple bruises while Austin had left the house. After a month-long investigation, Stone Cold was arrested on the charge of domestic abuse.

Austin was forced to pay a fine, 80 hours of community service, and a years probation. Marshall has since said Austin used steroids and the altercation was a result of roid rage. 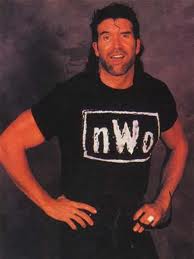 Hall's problems with the law have been publicized by WCW itself. When they used his drinking problems as a storyline in the 90s, it was called one of the most disgusting angles ever.

Hall's first arrest came when he keyed someone else's limo in 1998. Hall's drinking problems would catch up with him two years later. Hall was arrested for driving under the influence in 2000. In 2008, during a roast of the Iron Sheik, a comedian made a remark about Owen Hart.

The comedian said after Sheik and Duggan got caught snorting in the parking lot his career fell faster than Owen Hart. Hall was infuriated and struck the comedian claiming the joke was disrespectful. Hall was arrested afterwards and was believed to be drunk at the time.

Earlier this year in May, Hall was arrested after disorderly conduct and resisting an officer. Witnesses say Hall was drinking heavily and banned from the bar afterwards. This lead to his release from TNA and his entry in a WWE-sponsored rehab.