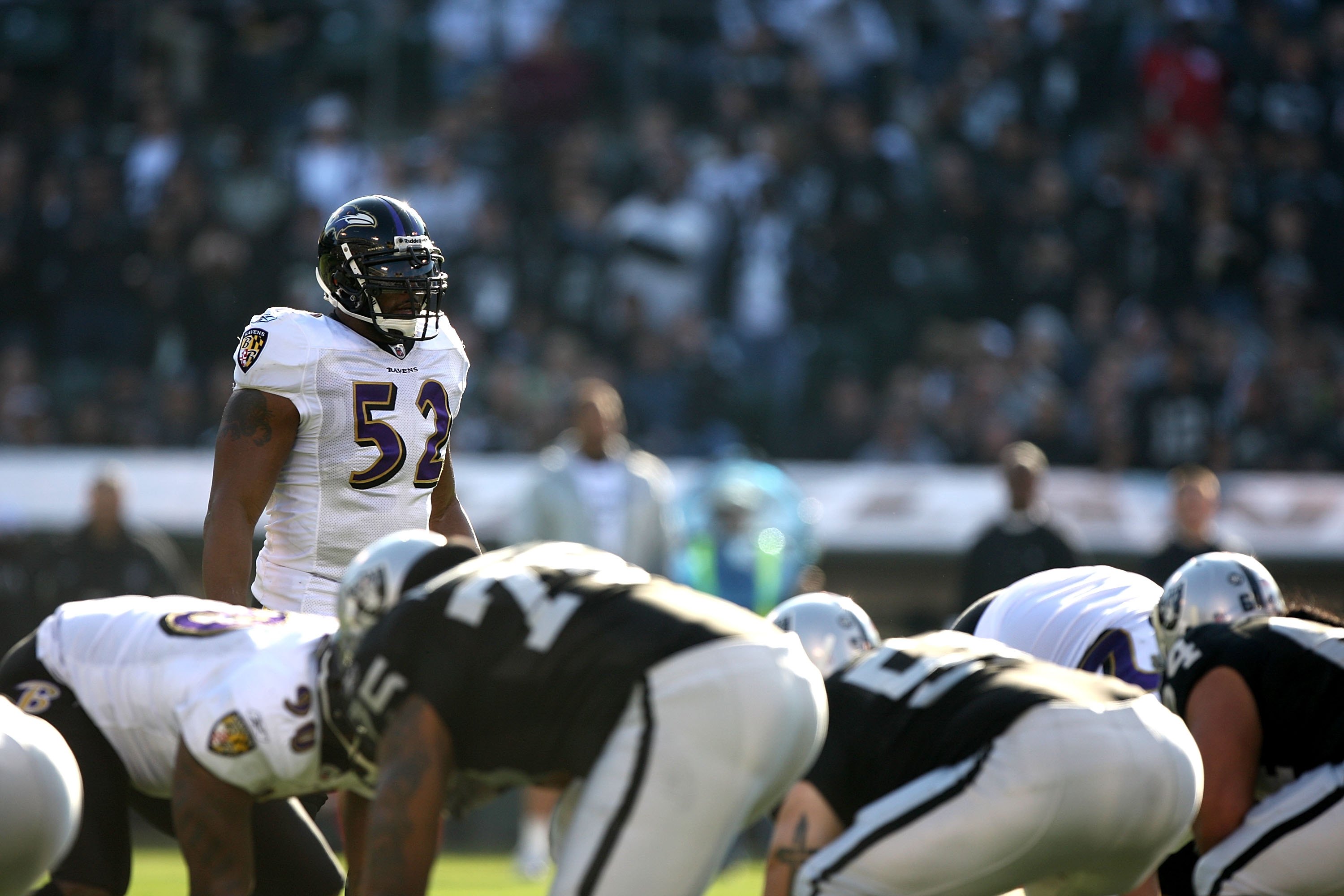 With all the helmet-to-helmet hit talk going around the league lately, the debate over who is a "dirty" player has resurfaced.

Even the definition of a "dirty" player can be interpreted several ways, but the guys on this list are the ones who usually come up in the conversation. They have been fined for illegal or dirty hits or have proudly worn the badge of a dirty player under the guise of being a "tough player."

Yes, Steelers fans, some of your guys are on this list, and you're just going to have to deal with it because everyone outside the city of Pittsburgh has agreed your team has a bunch of dirty players. If you don't like it, move on, it's just that easy.

Starting from the bottom, here's a list of 25 players who've shown up on various "dirty player" lists. 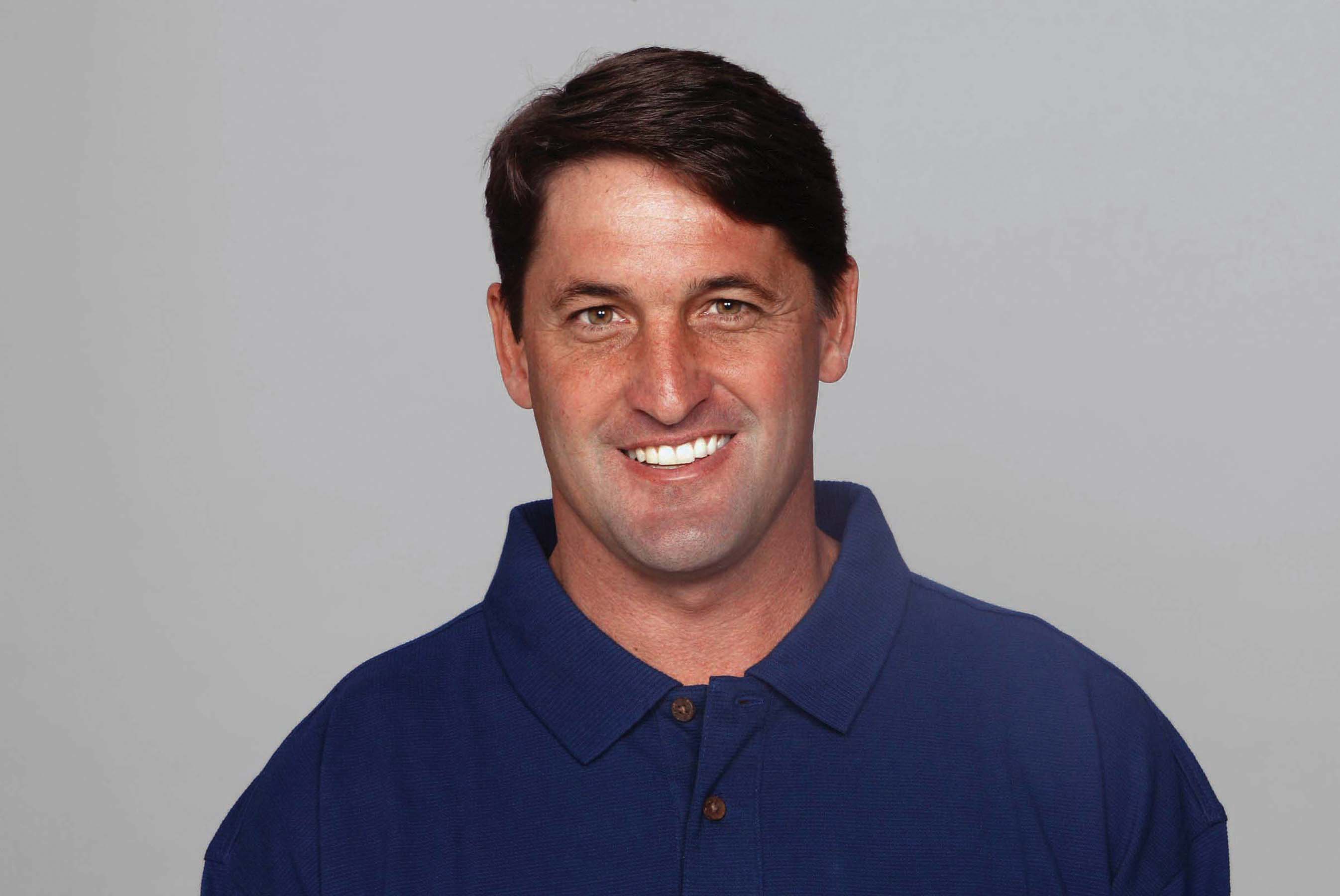 The only coach on the list, Chuck Cecil earns his spot here because of his reputation when he played and his recent fine for flipping the bird on the sidelines for Tennessee.

Cecil made the cover of Sports Illustrated for his vicious hits and he eventually had to retire because he sustained too many concussions.

On Oct. 3 of this year, Cecil got hit with a $40,000 fine for giving the officials the middle finger, which was caught on the live broadcast. 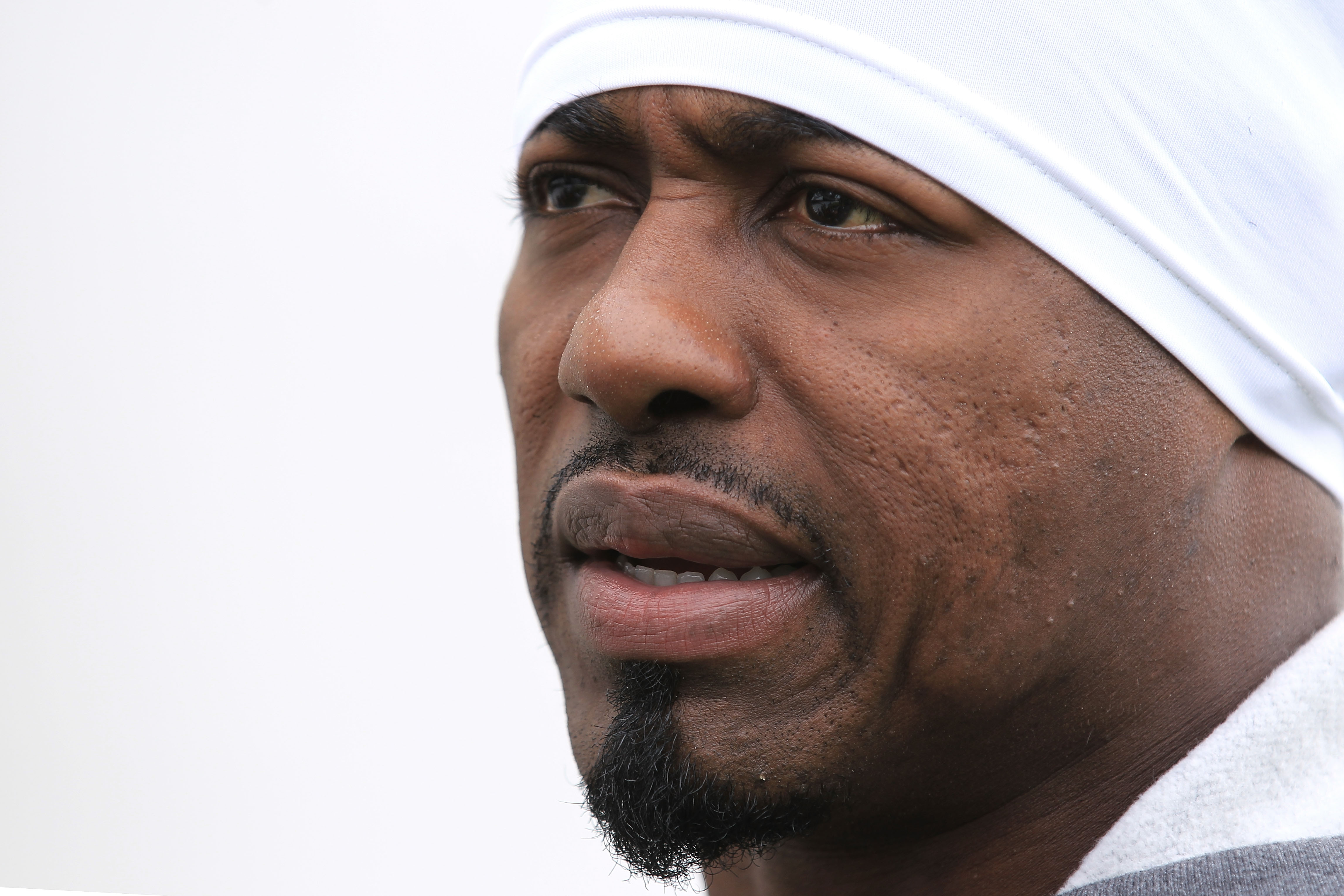 Brian Dawkins was highlighted in the 2009 Sports Illustrated "Dirtiest Players" piece as one of the top 15 dirtiest players in the league, as voted on by 296 NFL players.

Dawkins is known to lead with his helmet and take shots after the play ends. He's rarely been flagged for helmet-to-helmet hits, which keeps him low on this list. 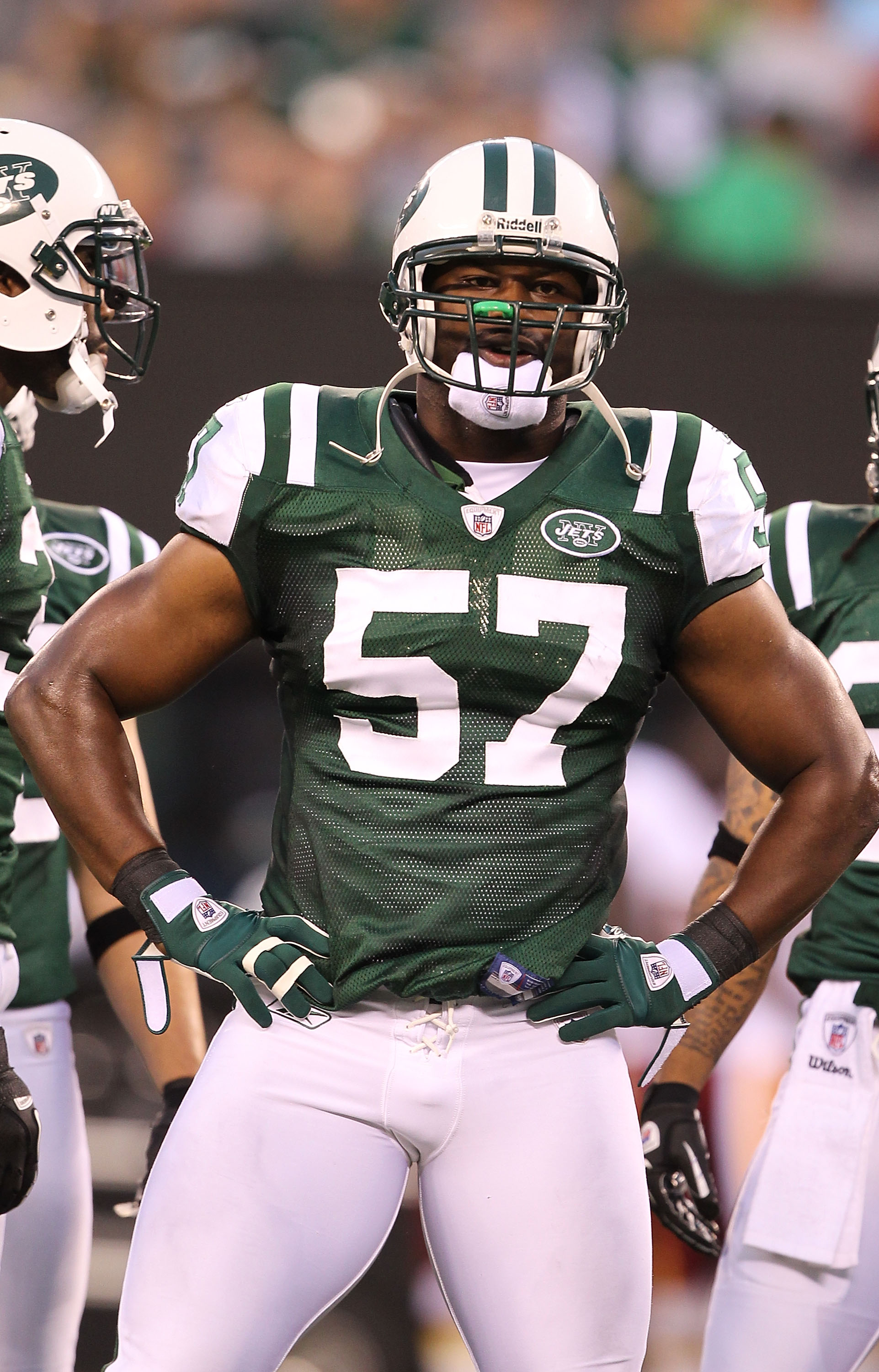 Bart Scott enters the list for his hit on Reggie Bush's ankle that took him out of the game and started Scott's reputation as a "dirty player."

Scott said he doesn't like the label, but with the recent feud between himself and the Lions, it's all coming up again. 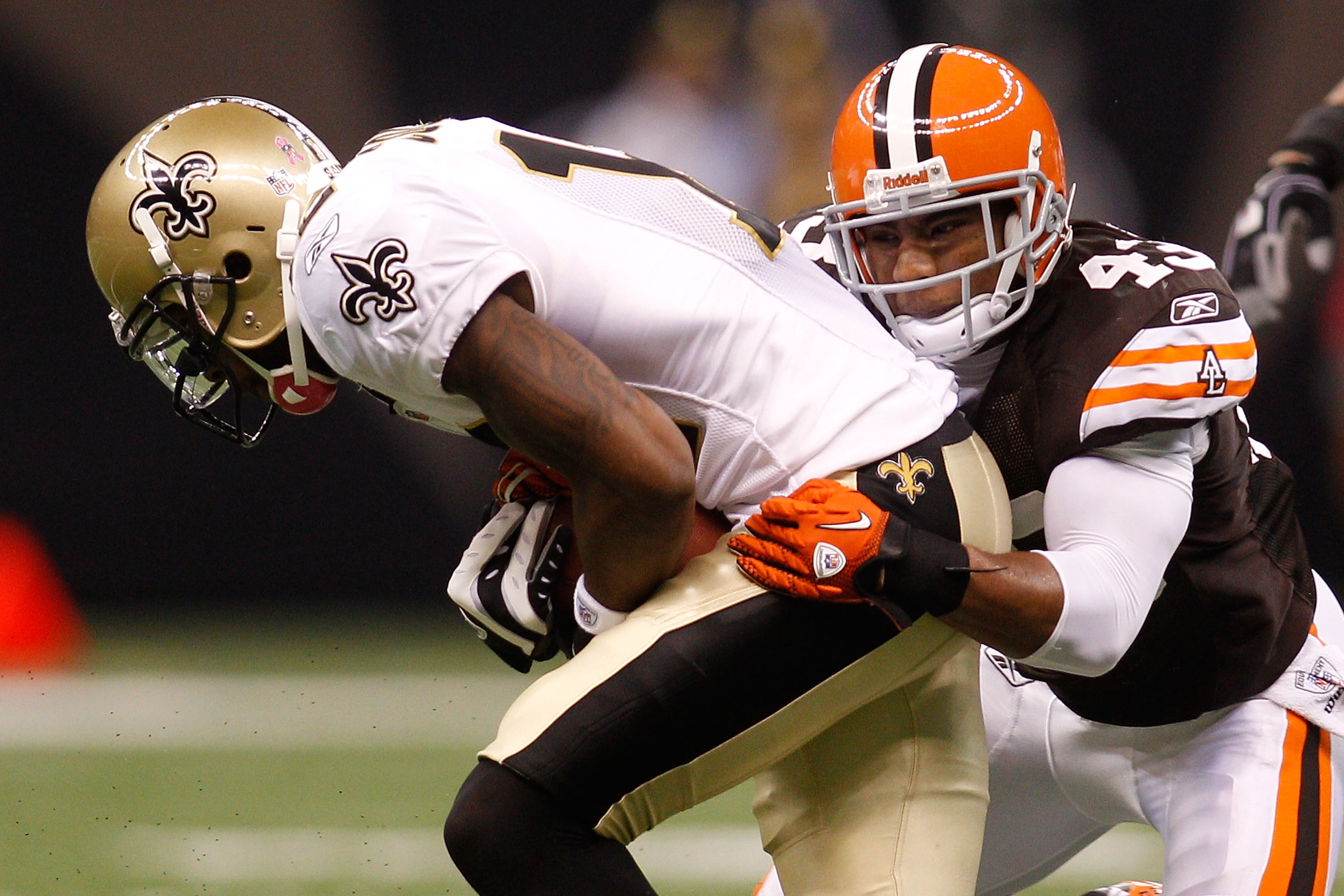 T.J. Ward entered the league this year and made an impression almost immediately after destroying Bengals receiver Jordan Shipley on Oct. 3.

Whether he continues this type of hitting remains to be seen, but he certainly didn't start the year off on the right foot with the NFL, receiving a $15,000 fine for the hit. 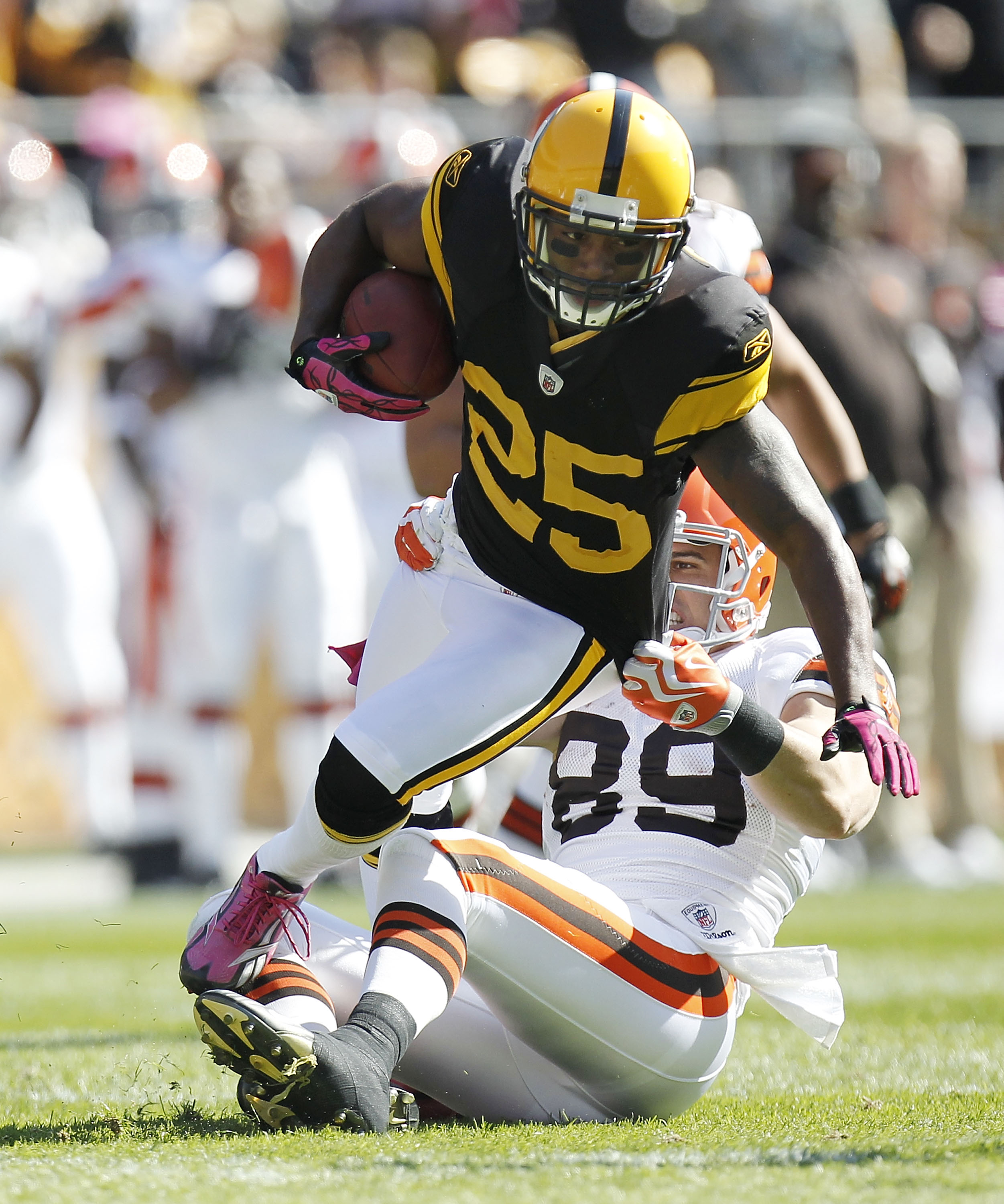 Our first Pittsburgh Steeler on the list, Ryan Clark made a name for himself by blowing up Wes Welker in 2008.

The Steelers defense is known for its hard play and this will not be the last time this unit makes this list. 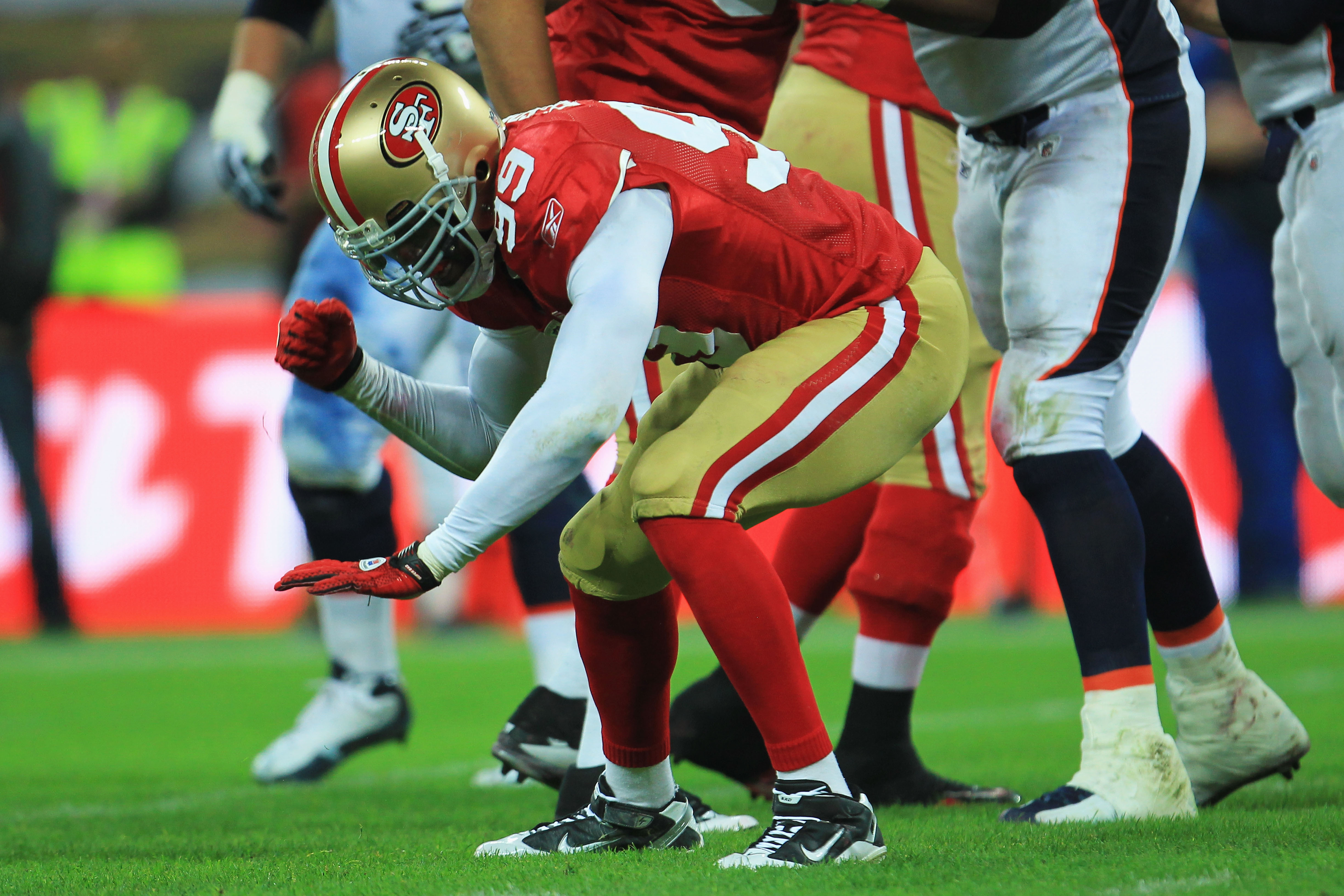 Manny Lawson gets on this list for the $12,500 fine he incurred for leading with the helmet against Kyle Orton a few weeks ago, as well as a hit from last year that drew a fine. 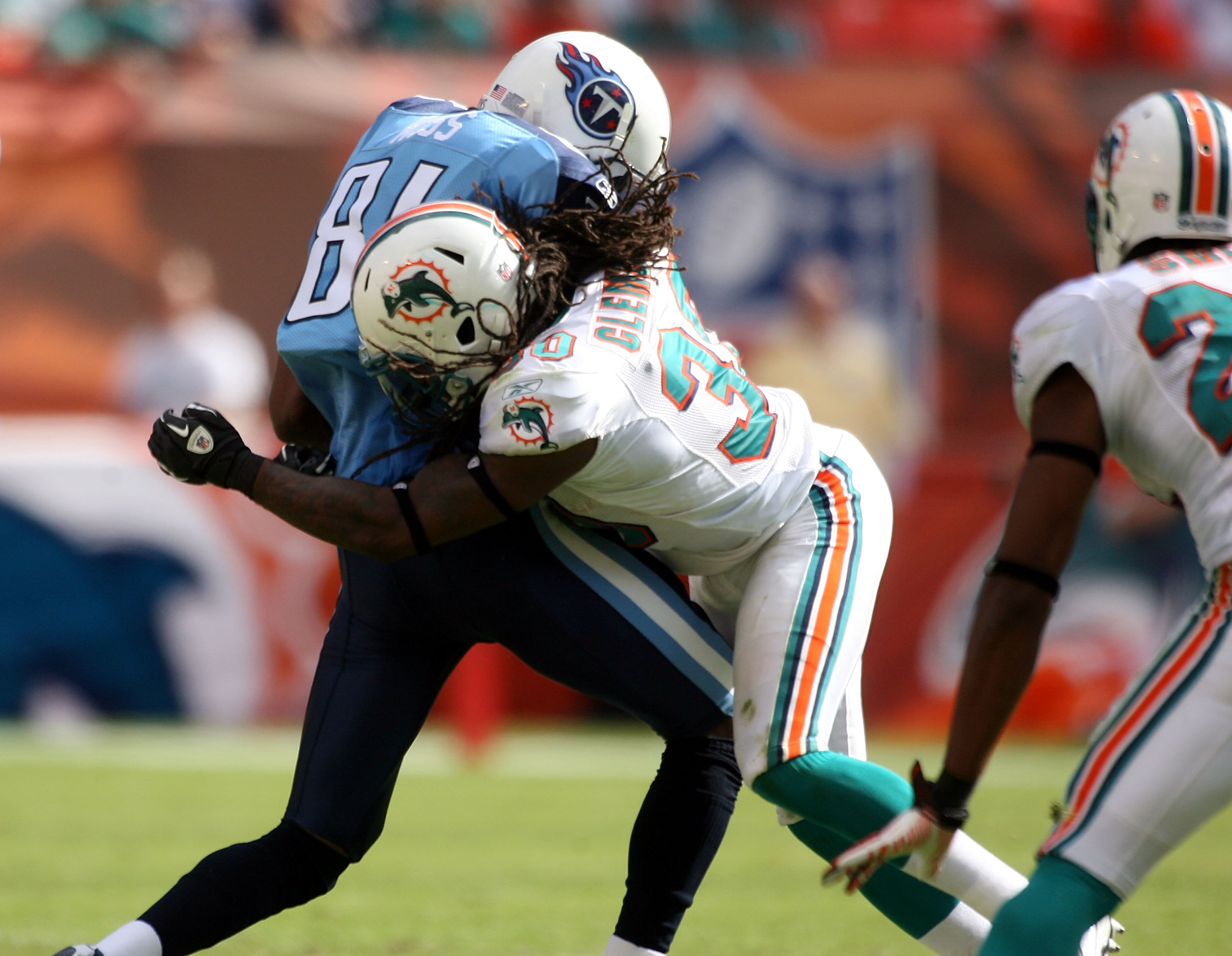 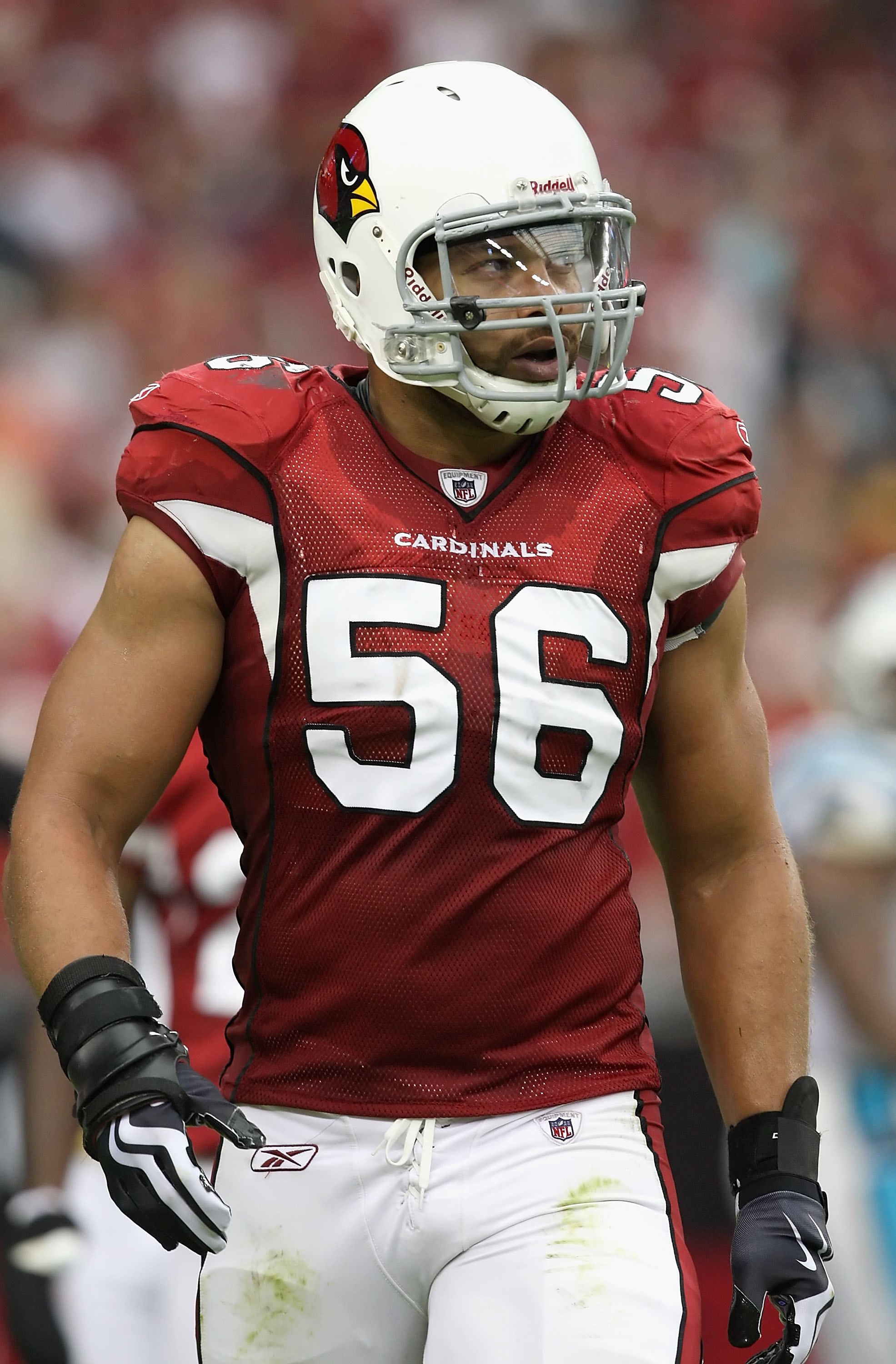 Chike Okeafor gets on the list for his roughing-the-passer penalties in his career, at least eight of which could be backed up.

Okeafor currently is a free agent and not on any team, but he has not announced his retirement. 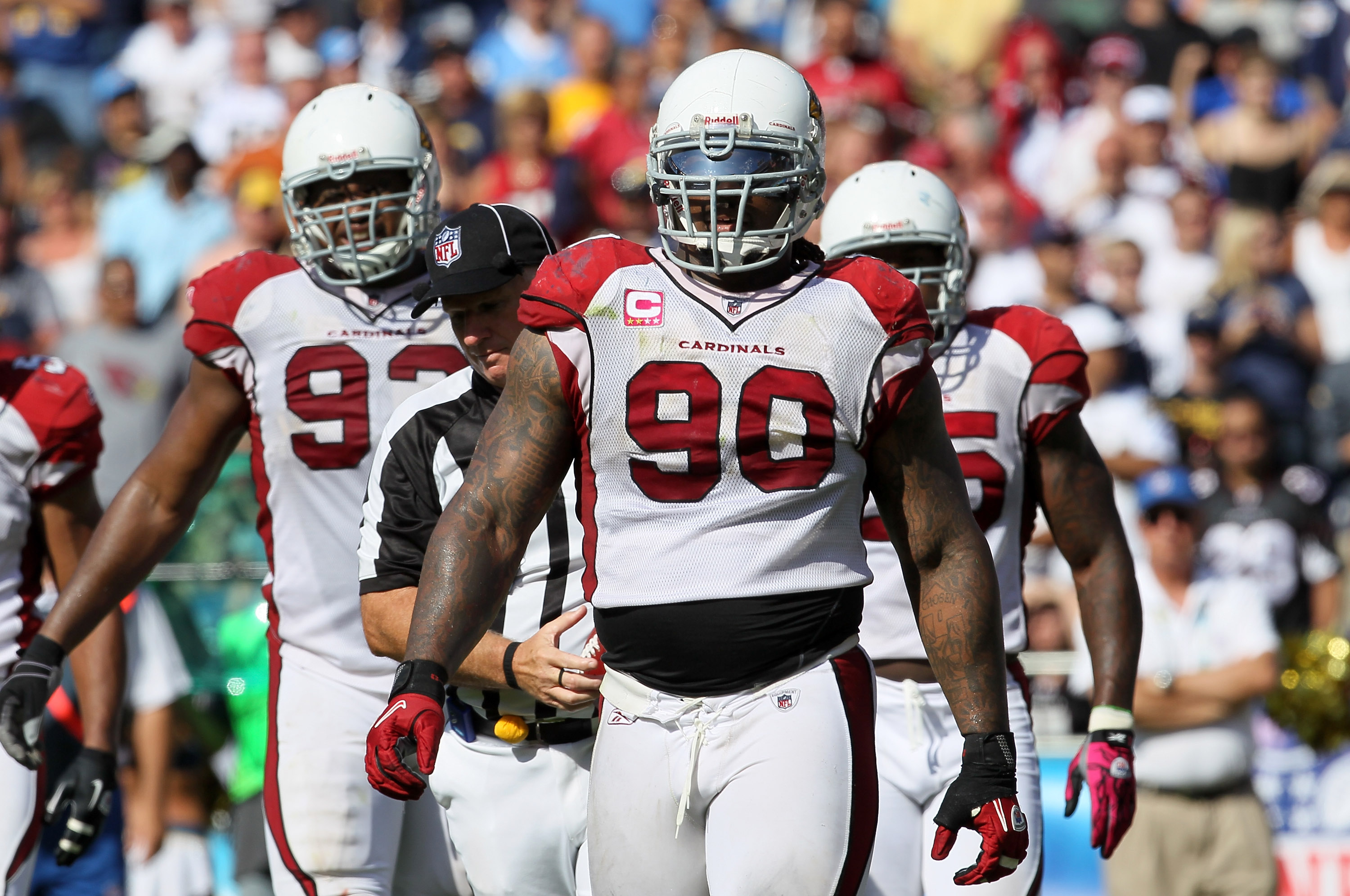 Darnell Dockett also got a lot of votes in the Sports Illustrated poll. He took some heat for a play on Matt Hasselbeck last year, pushing his elbow into Hasselbeck's throat after a sack. 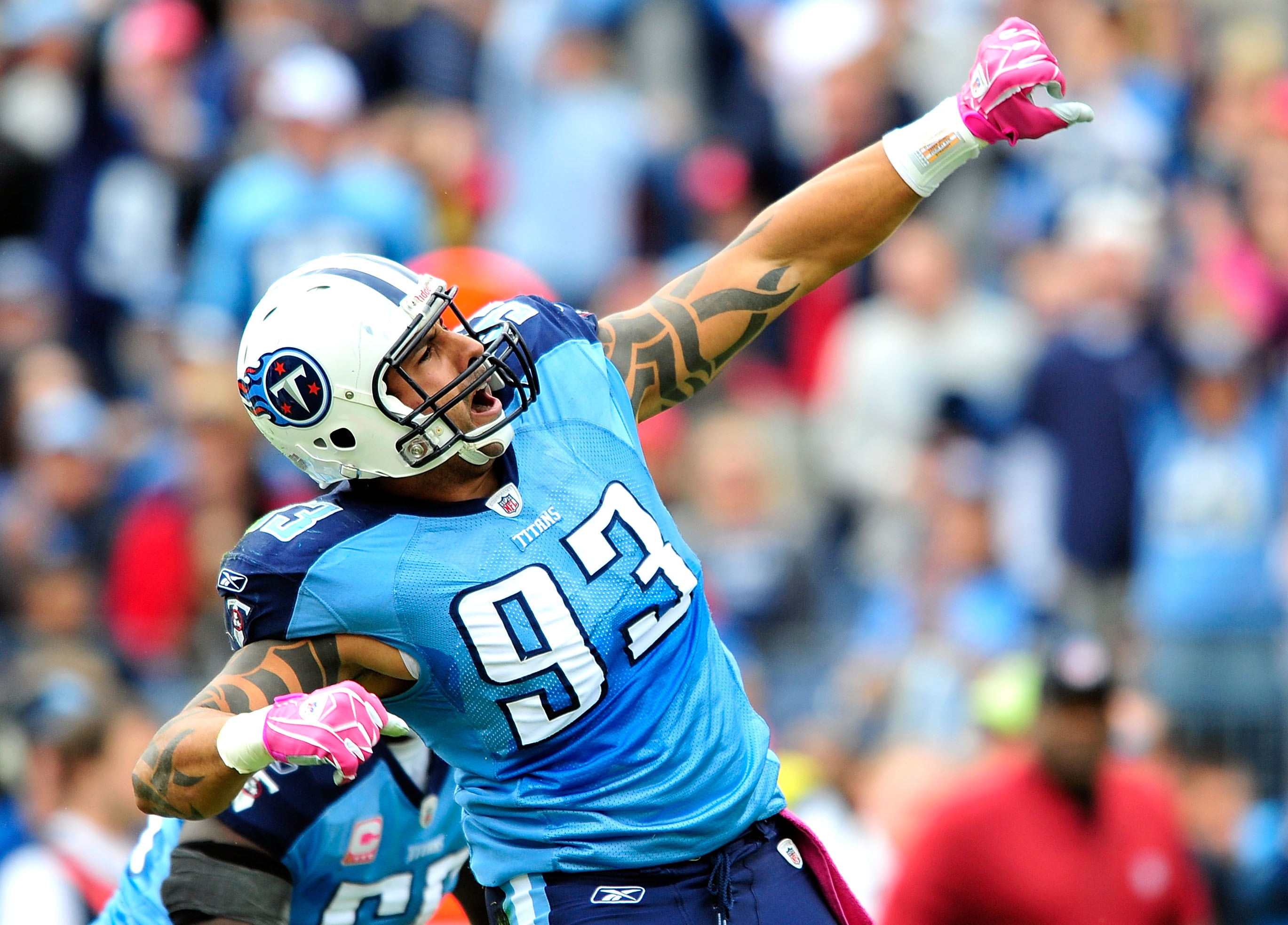 Jason Babin has been fined a total of $35,000 this season for hits deemed illegal by the league, most recently for trying to take Phillip Rivers out at the knee.

Babin plays for Chuck Cecil and the Titans defense had been fined $99,500 through the first half of the season. 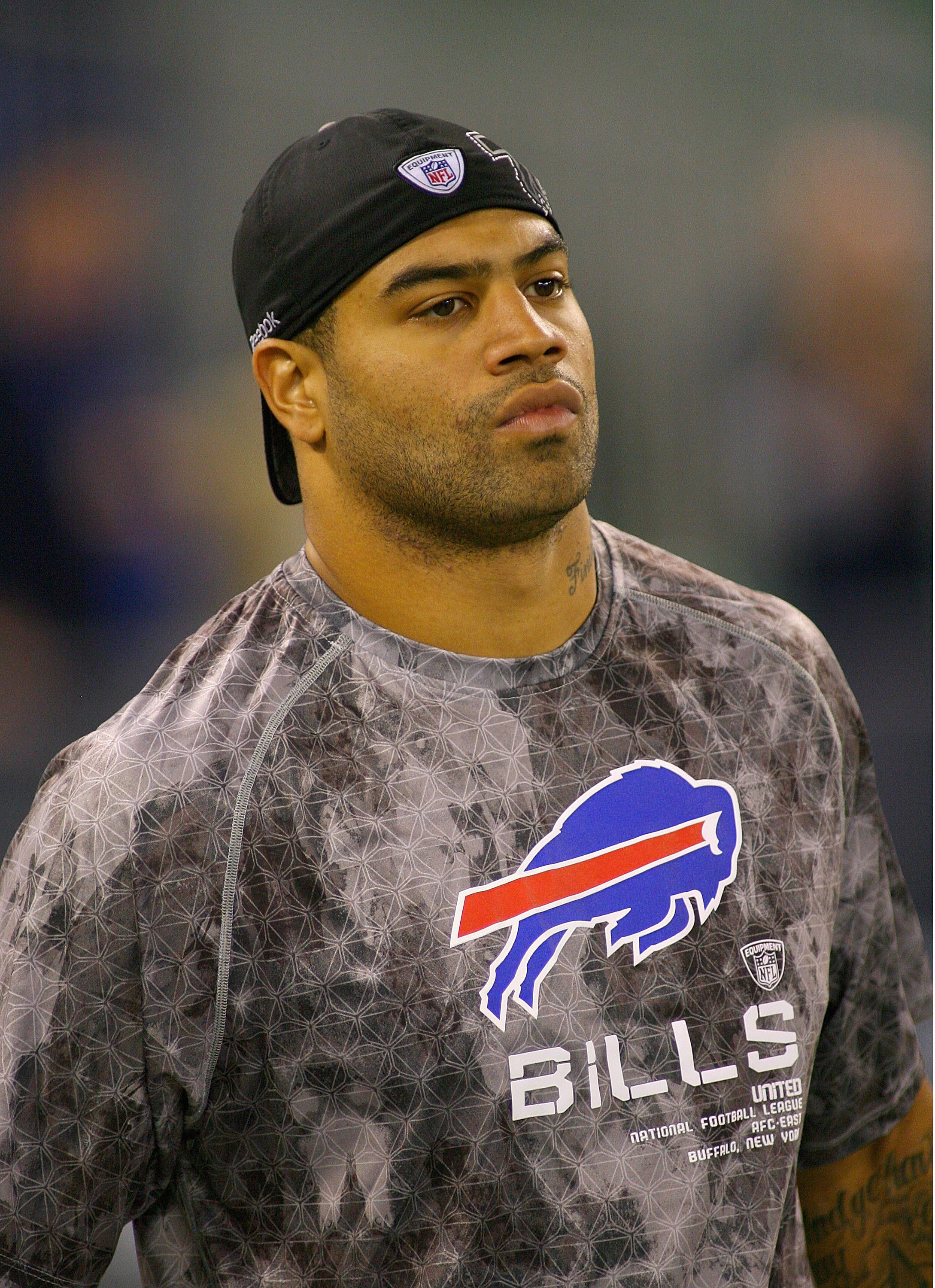 Shawne Merriman has had a reputation for brutal hits since high school. He was suspended by the NFL for alleged steroid use.

Merriman has had injury problems the last few years, but the Bills hope he can bring the big hits without the big fines to Buffalo. 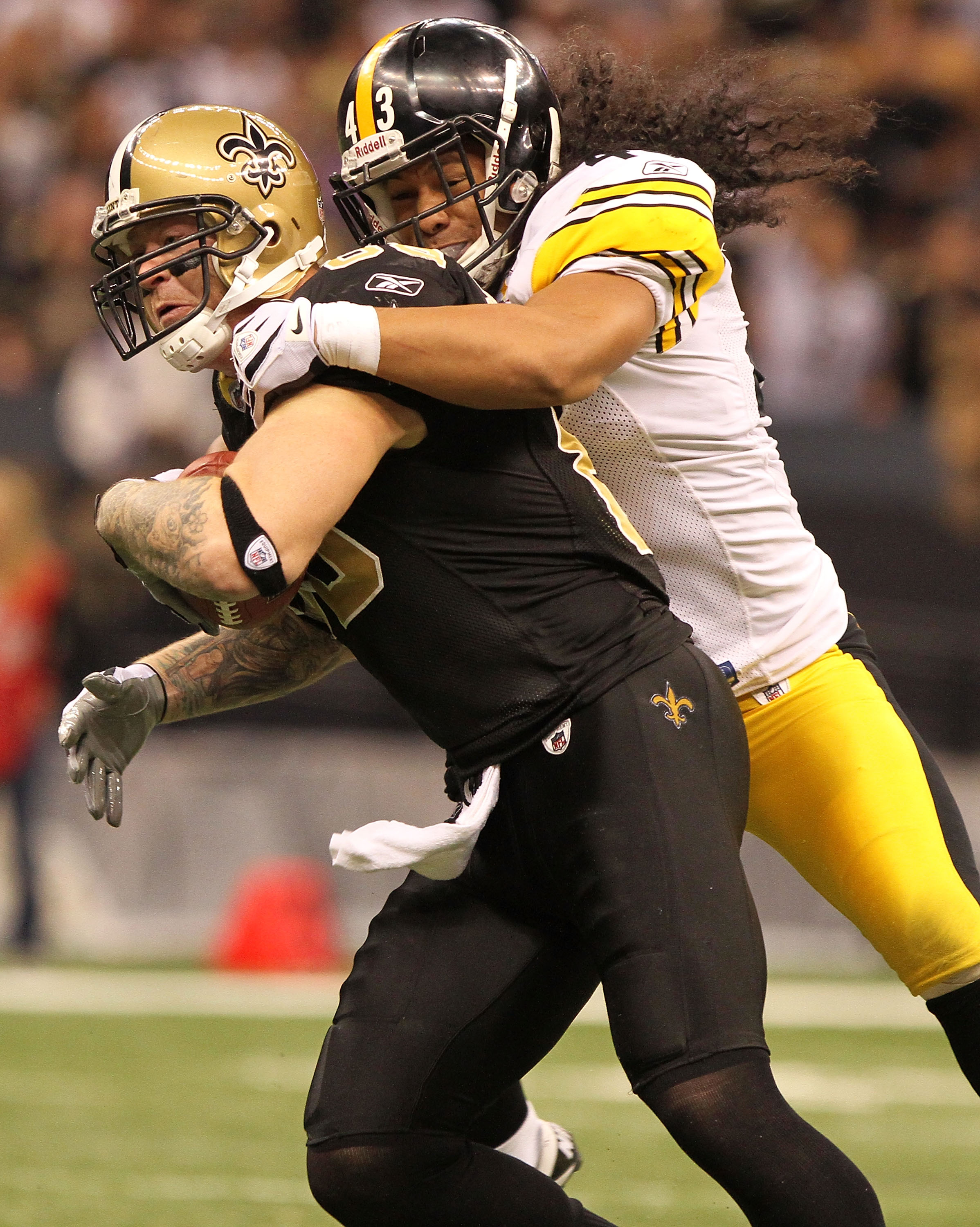 Troy Polamalu is known for his hair as much as his hits. But he was called out for a dirty hit as far back as his college days, against Kansas State punt returner Aaron Lockett.

Polamalu ended up on the Sports Illustrated list and the feeling is it's his "missile" style of hitting that earned him a spot there.

Polamalu also has been very vocal about the new helmet-to-helmet hit enforcement policy, which is something he shouldn't have to worry about if he plays as clean as he (and many others) think he does. 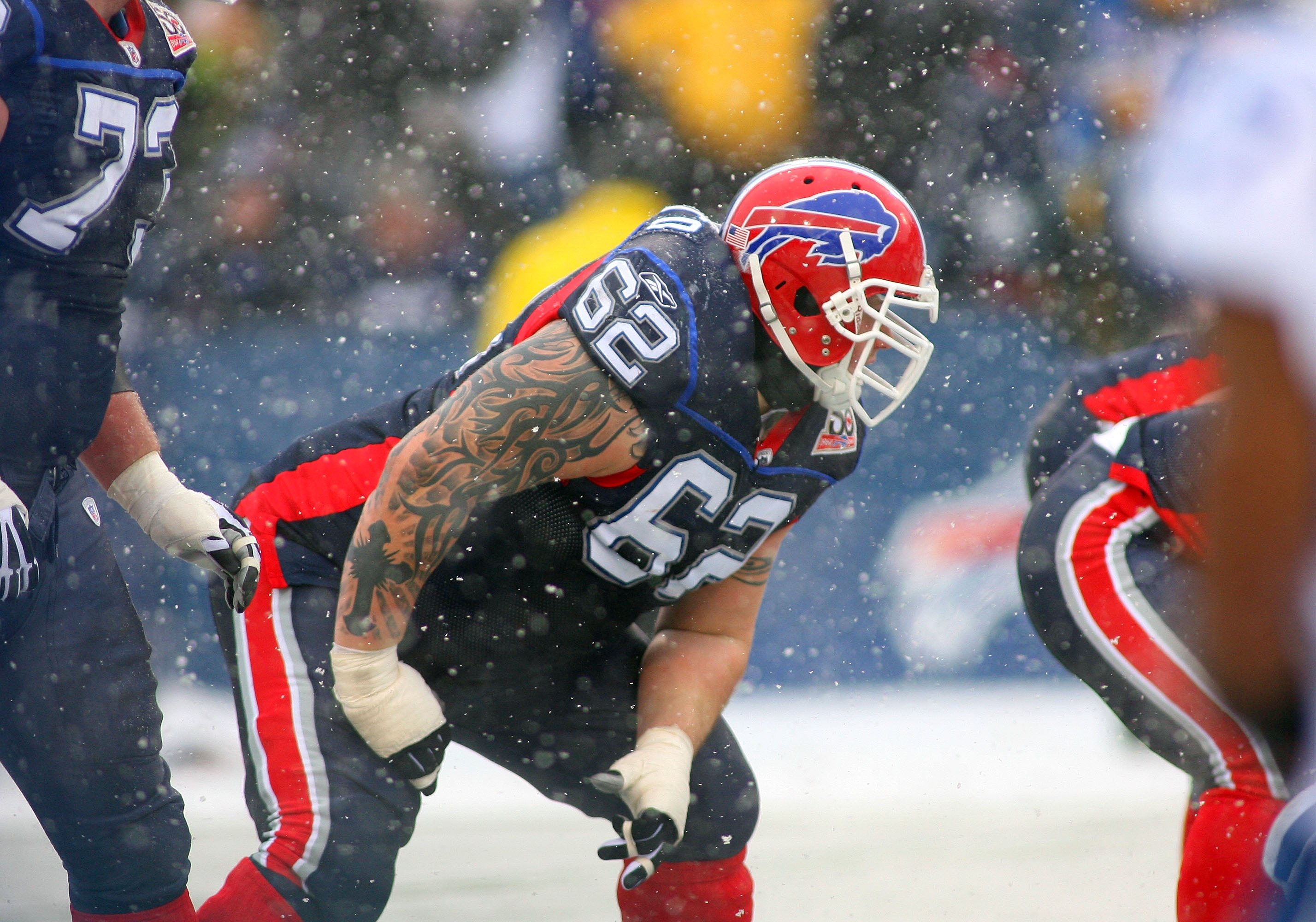 Incognito also appeared in the SI poll and was fined $35,000 for three separate incidents in the same game in 2008. He has received numerous personal foul penalties and an argument with Steve Spagnuolo resulted in his release from the Rams last year.

He finished the year with the Buffalo Bills and now plays for the Miami Dolphins, but not before receiving another $50,000 fine for a headbutt of two Tennessee Titans players. 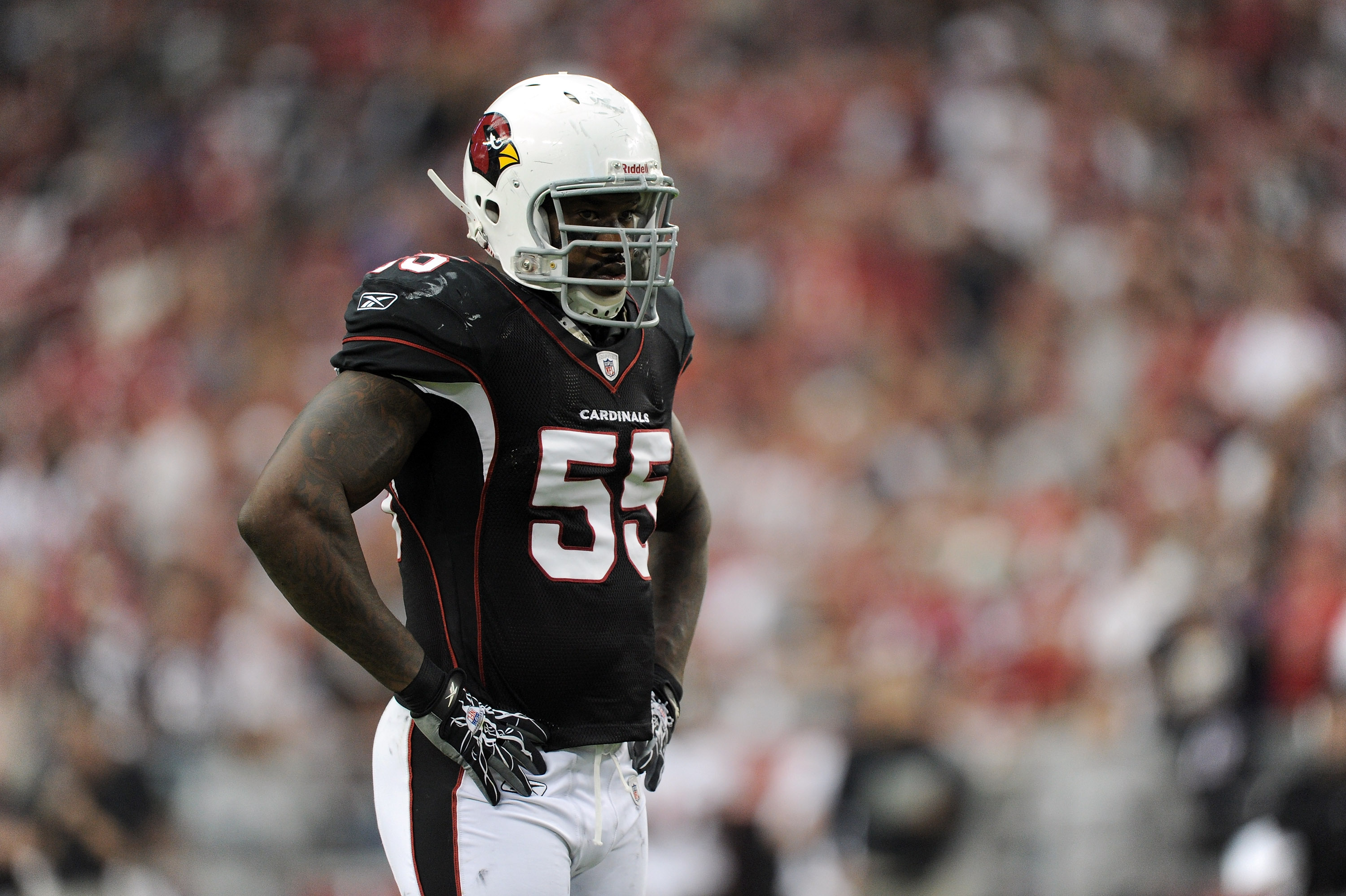 Joey Porter gained a huge reputation for being a dirty player around the league. He's certainly been in his share of confrontations. Porter defends himself by pointing out the lack of fines from his paychecks for illegal hits.

Whatever the reason, both coaches and players believe Porter is a dirty player and there's not much that can be done about it now. 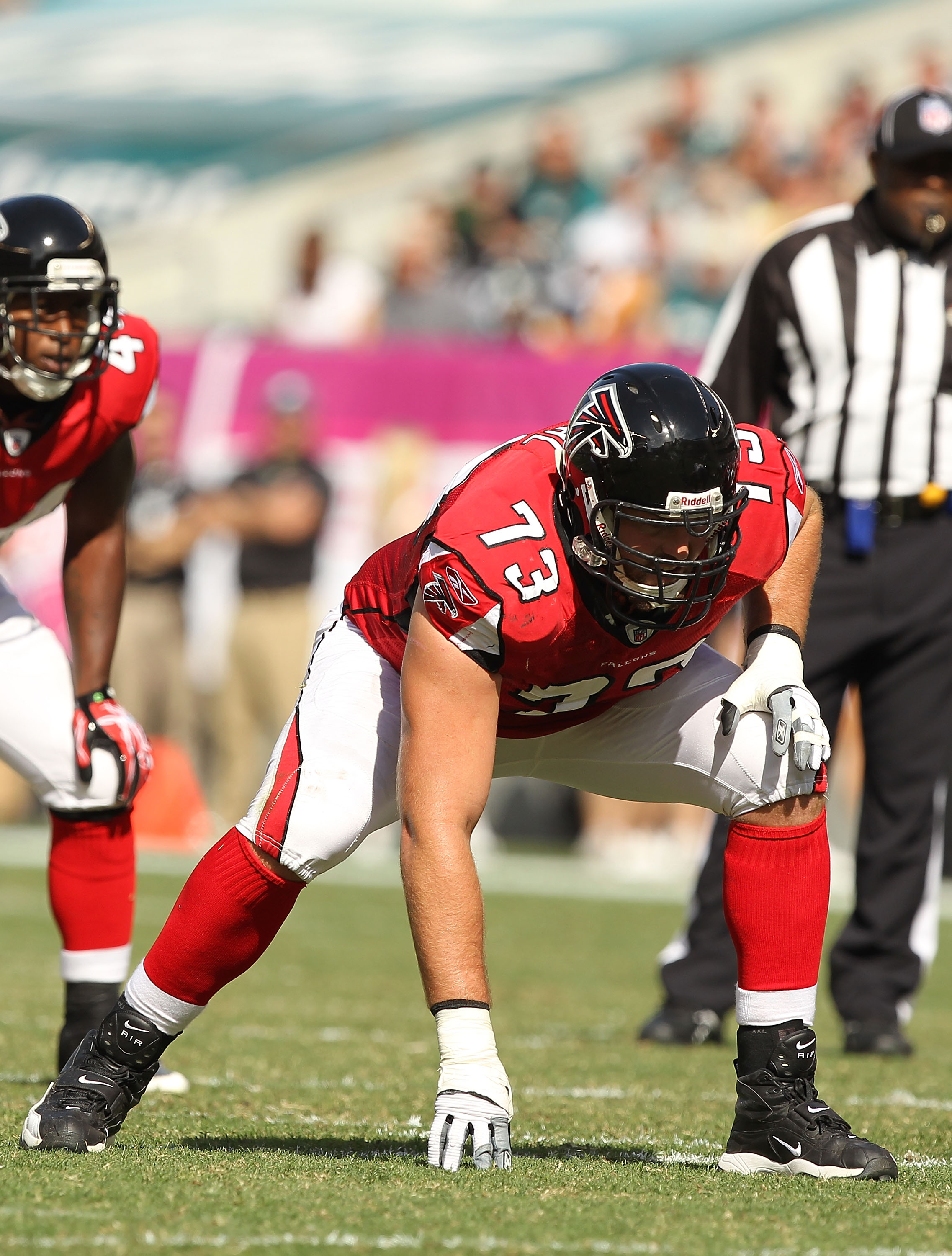 Harvey Dahl is a guy who opponents admittedly don't like to line up against, and he has been fined by the league several times for "pushing the limits," as Dahl put it.

Dahl admits to "pushing the whistle" with his play, but his aggressive style has been appreciated by the Atlanta fans and running back Michael Turner, who benefits from the holes Dahl's aggression opens. 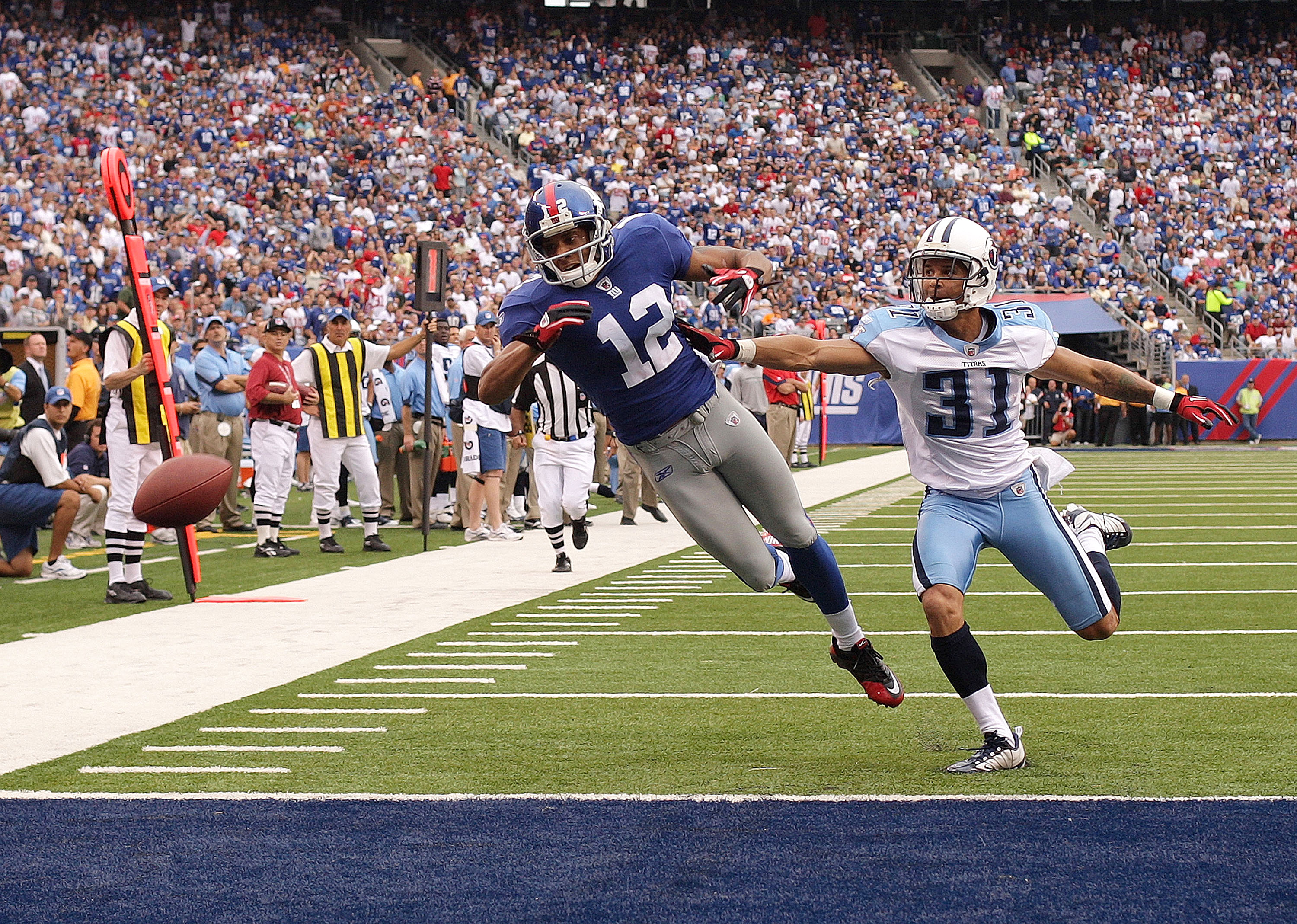 Cortland Finnegan, unlike some of the people on this list, said he aspires to be considered one of the NFL's dirtiest players.

He said being included on Sports Illustrated's list was an honor and wished he could be No. 1.

He doesn't deserve No. 1 honors, but he is known for playing hard and throwing out some good hits that might leave other players thinking twice about trying to get past him. 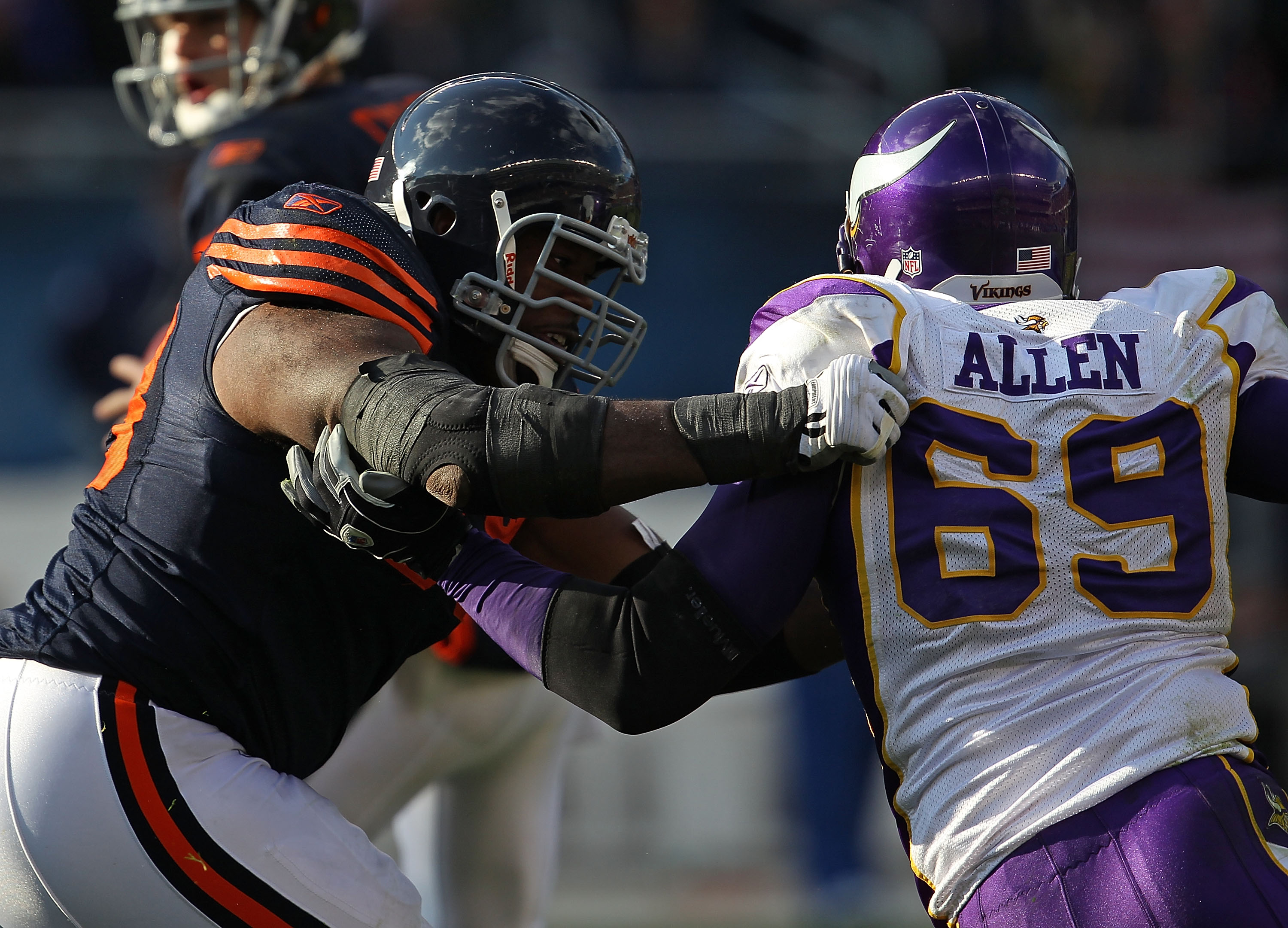 Jared Allen will disagree but he's been labelled one of the NFL's dirtiest players on numerous occasions.

One of his more famous hits was an alleged cheap shot on Matt Schaub's knee in 2008 that sidelined Schaub for a few games. 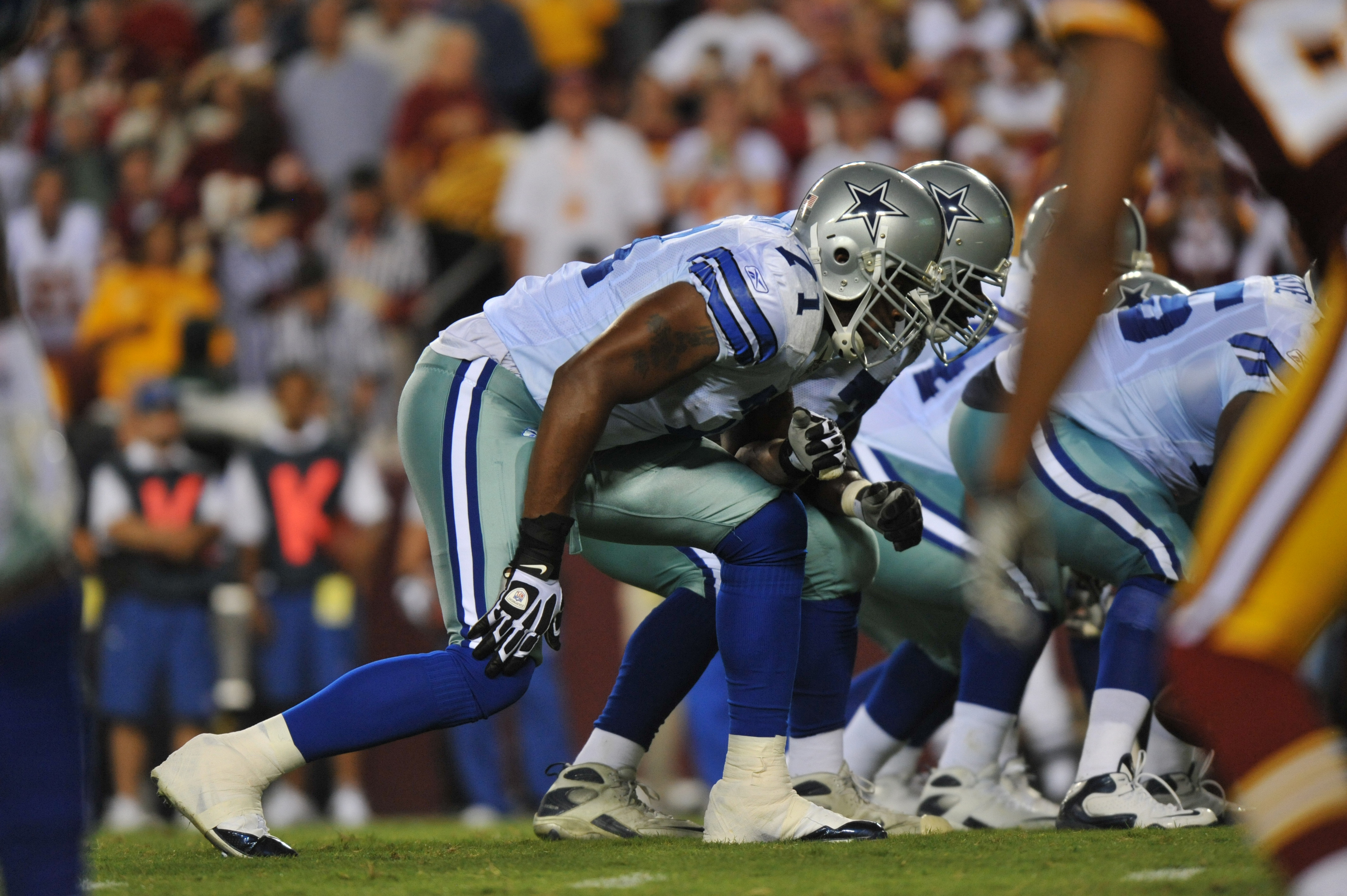 Alex Barron recently got taken apart on the NFL Network by Mike Mayock for lousy technique and bad play that Mayock specifically blamed for losing games for the Cowboys.

Plus, Barron has been flagged 78 times coming into the 2010 season.

And people wonder why the Cowboys aren't very good. 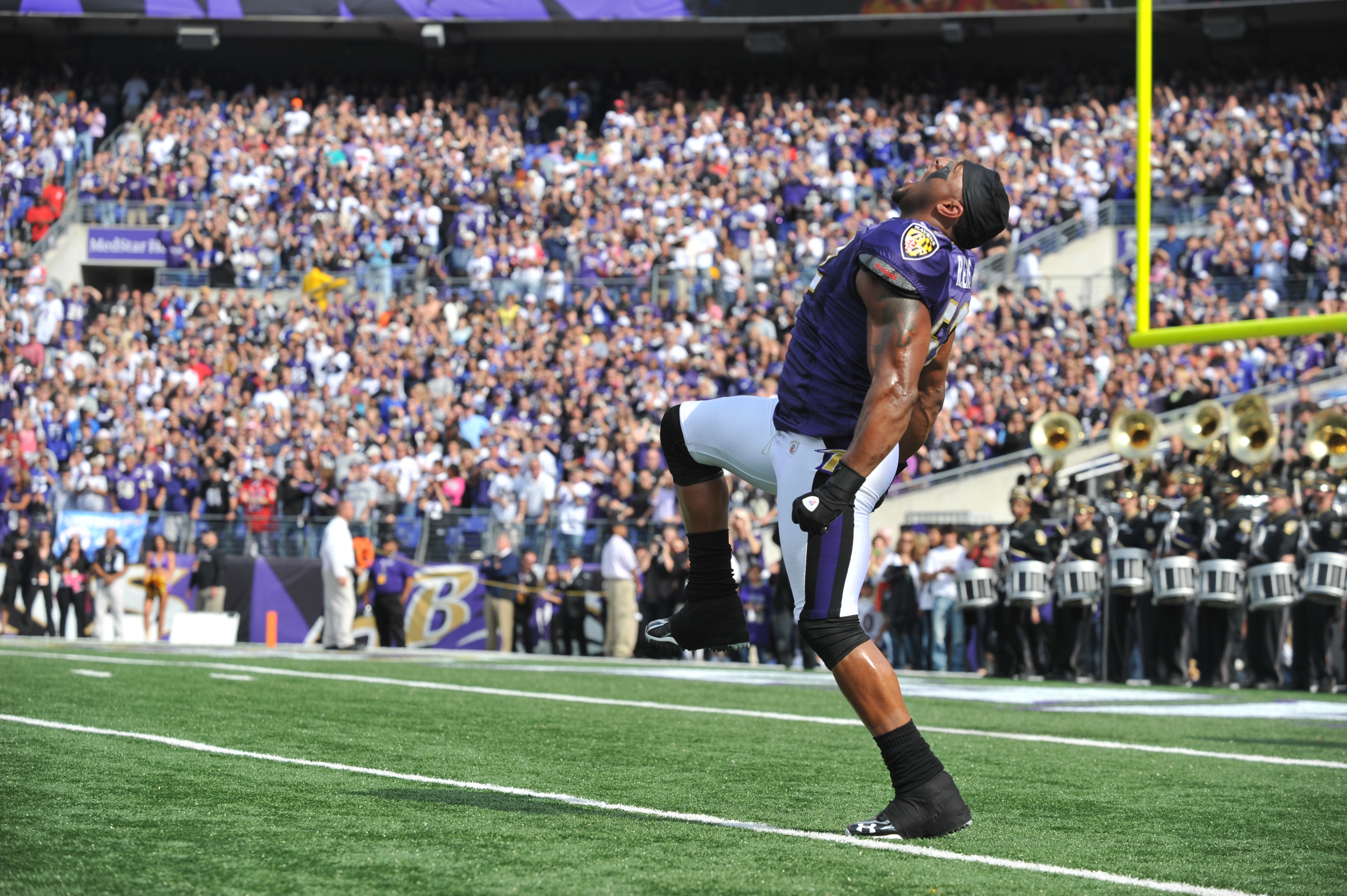 His hit on Chad Ochocinco and a subsequent kick to another player last year cost him $25,000. 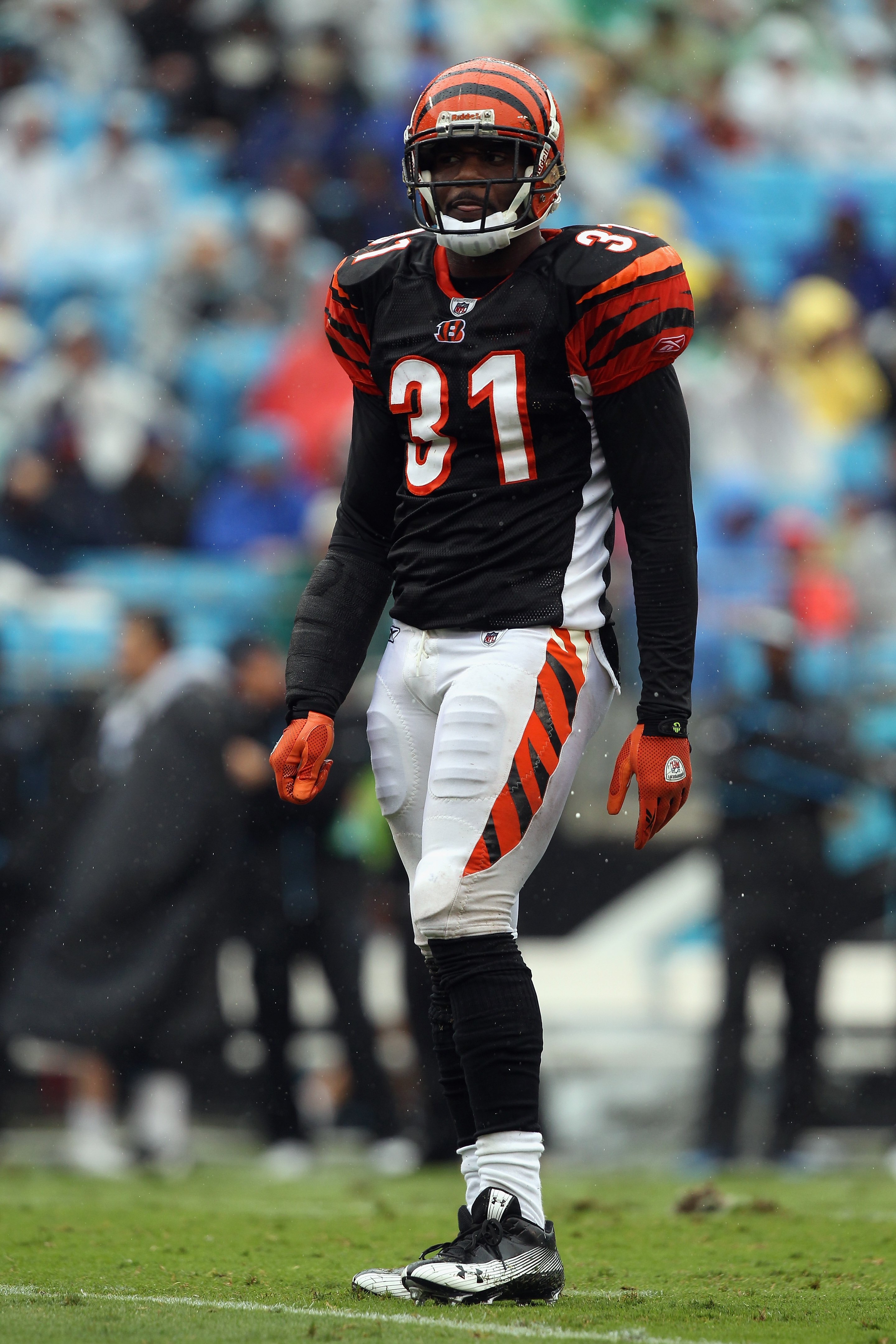 Roy Williams is another entry on the Sports Illustrated list to make our list. He was suspended for one game for repeated violations of the horse-collar tackle rule.

His tendency to make horse-collar tackles has given him the dirty-player label. 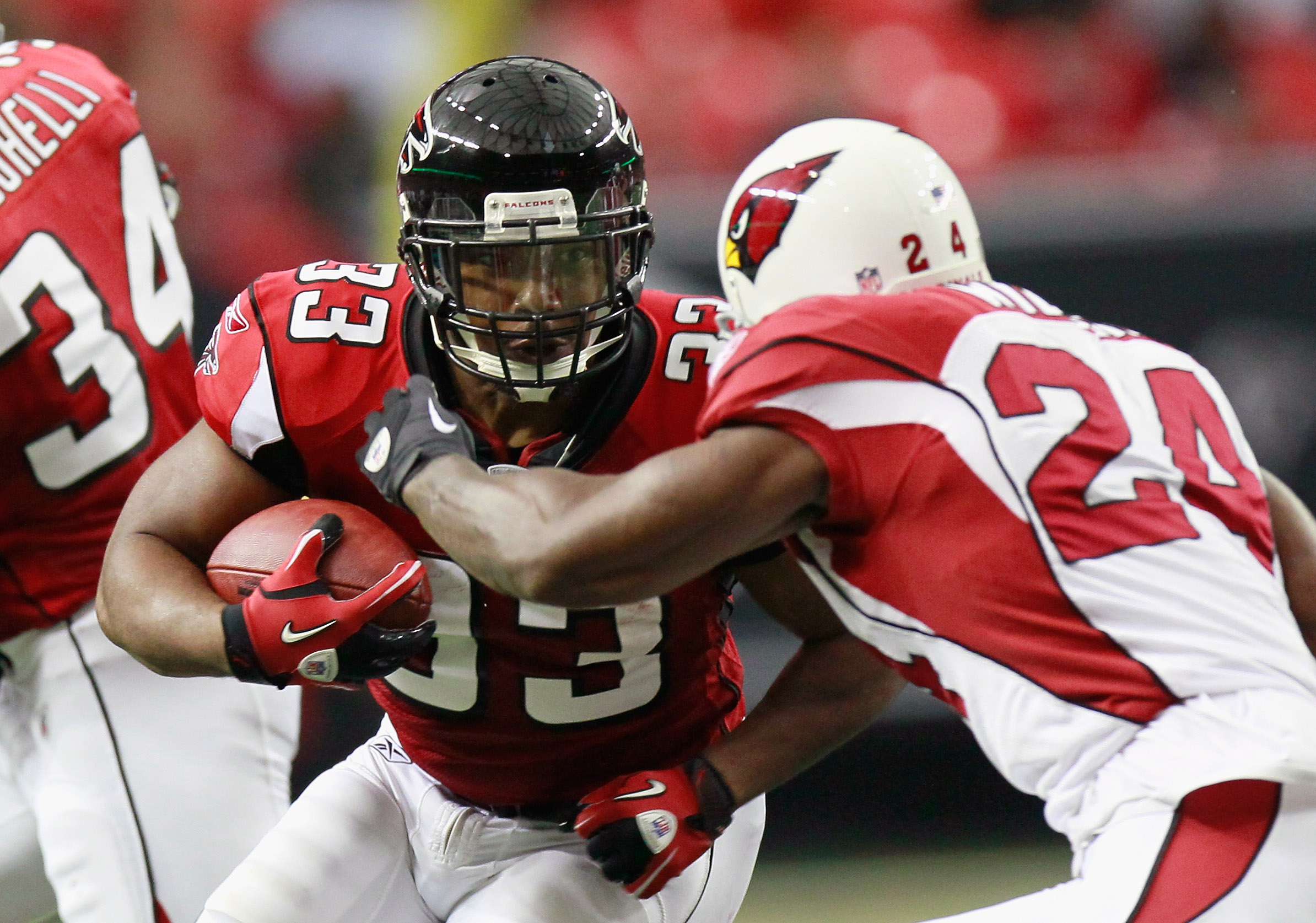 Adrian Wilson received 17 personal foul penalties between 2001 and 2008, so that assures him a place on this list.

Cardinals fans will note that he was the league leader in sacks for a defensive back in 2005, so it wasn't like his aggressive play wasn't paying off. 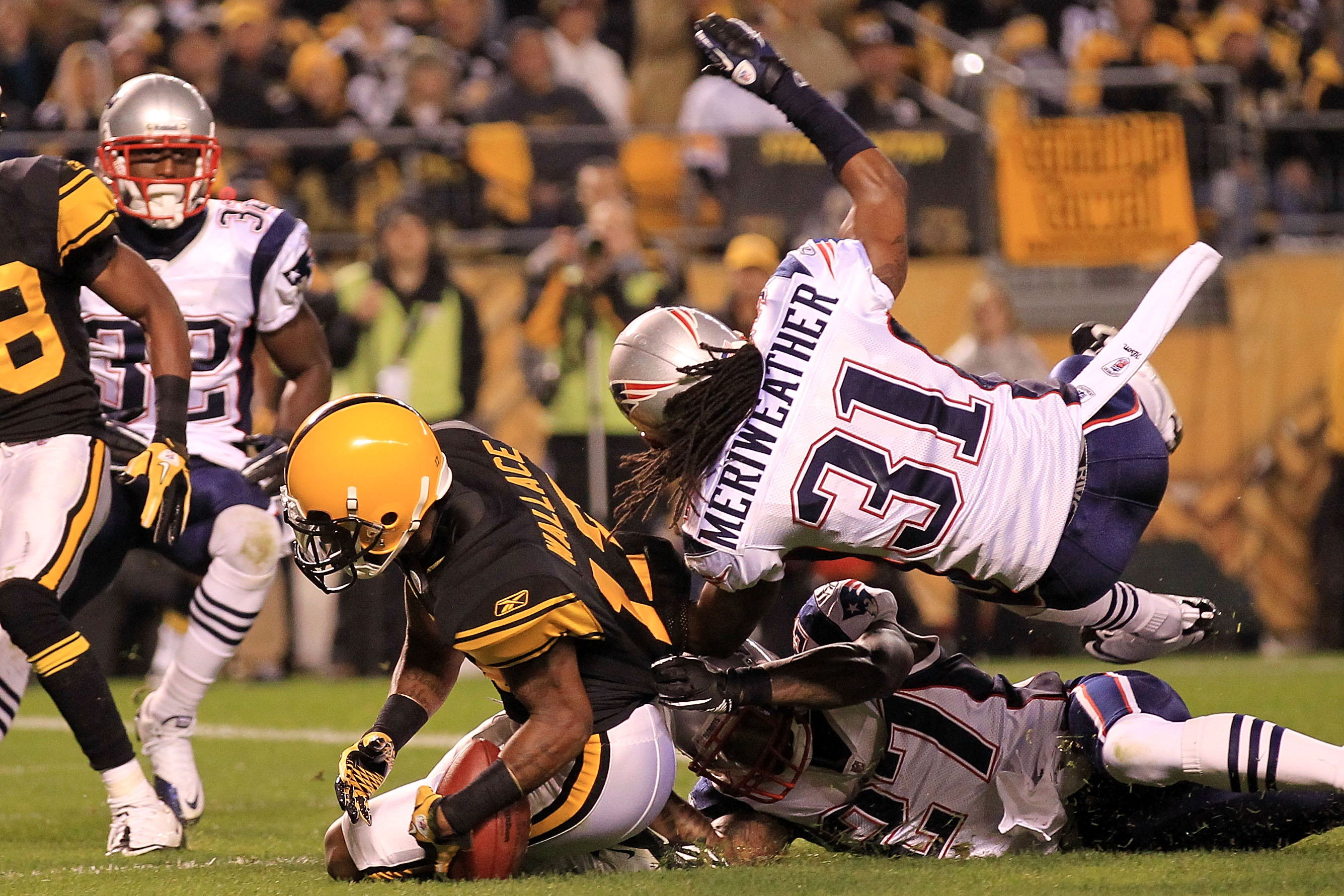 Brandon Meriweather was singled out by Roger Goodell a few weeks ago, when the new helmet-to-helmet hit enforcement policy got new life, with a large fine.

Meriweather always plays tough and his hit on Todd Heap will be attached to his resume for the rest of his career. 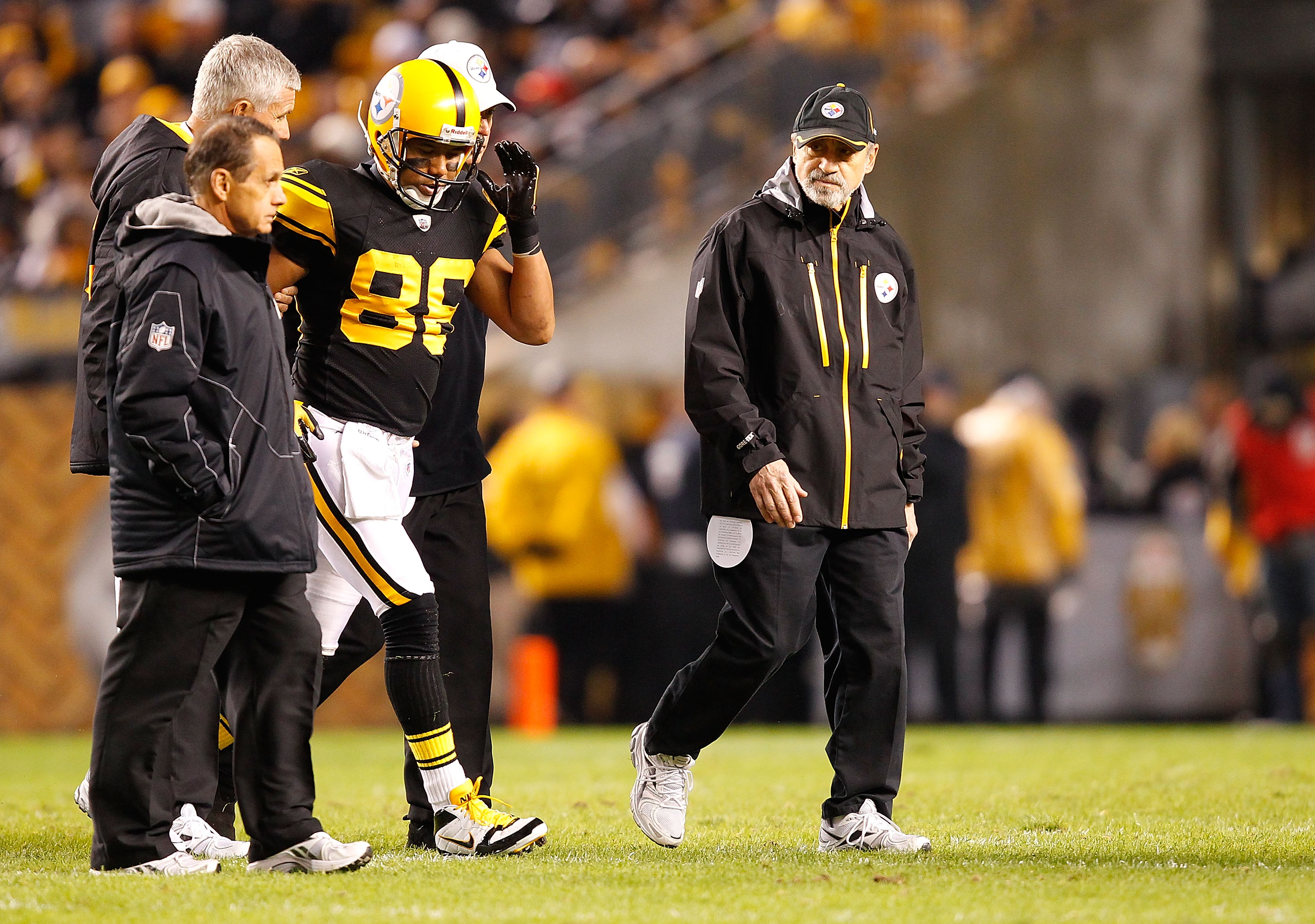 Seen here staggering off the field after getting a little taste of his own medicine, Hines Ward is infamous throughout the league as being a cheap-shot artist who has taken more than one player out of the game.

While Steelers fans will defend the guy to the ends of the Earth, the facts are that Ward always has taken vicious shots at guys in questionable situations, is known for making crack-back blocks, and his jaw-breaking tackle of Keith Rivers resulted in a rule change.

Steelers fans will cry and moan that many of these hits didn't draw flags. I will point out that the league called the refs on the carpet this year for not throwing flags for hits like the ones Ward and other players on this list made. 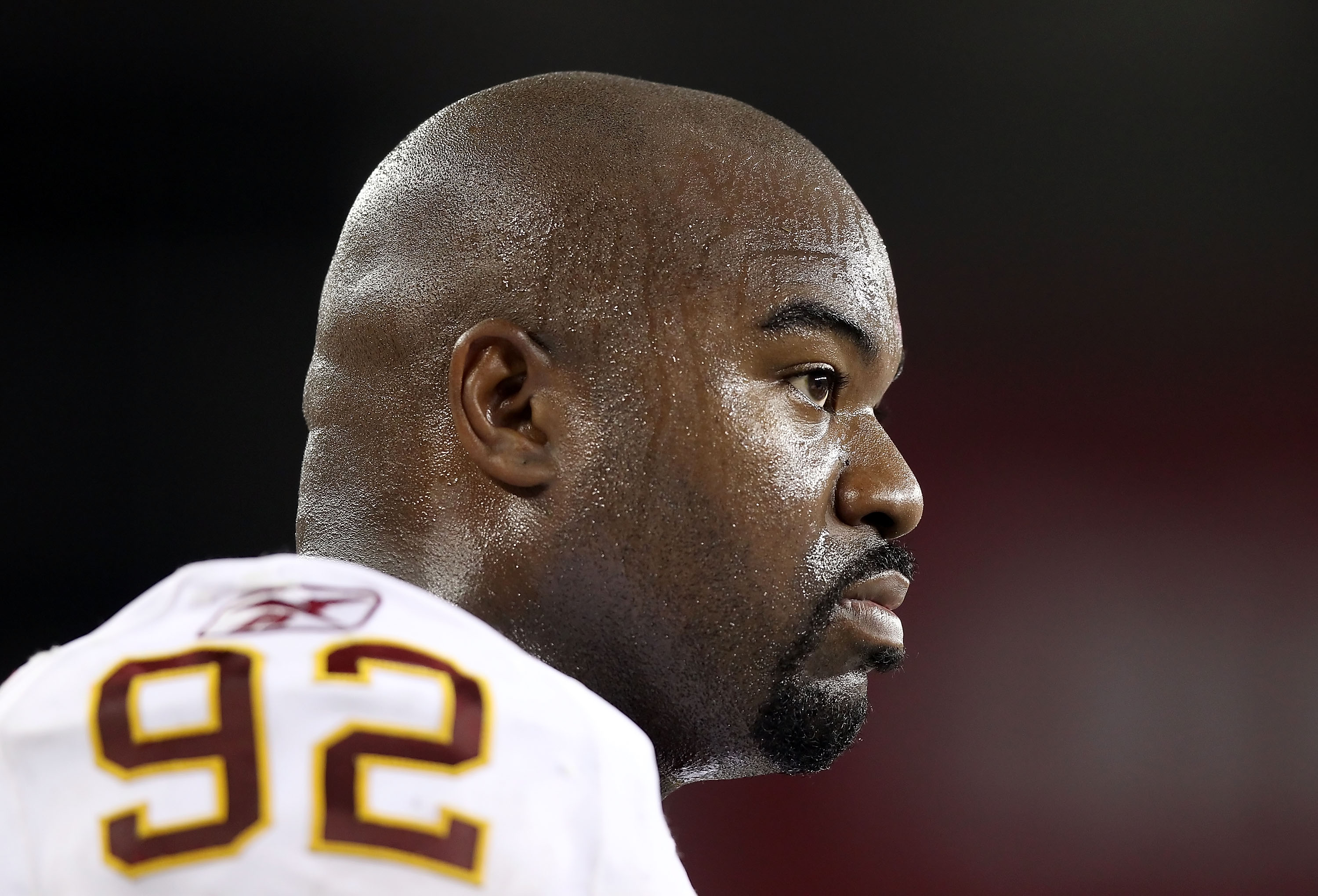 While Haynesworth has been quiet so far this year, he is known to kick a guy when he's down—just ask Andre Gurode.

Haynesworth is known to take a shot here and there that he shouldn't, and his bad attitude on and off the field has put him on most "problem player" lists over the last few years. 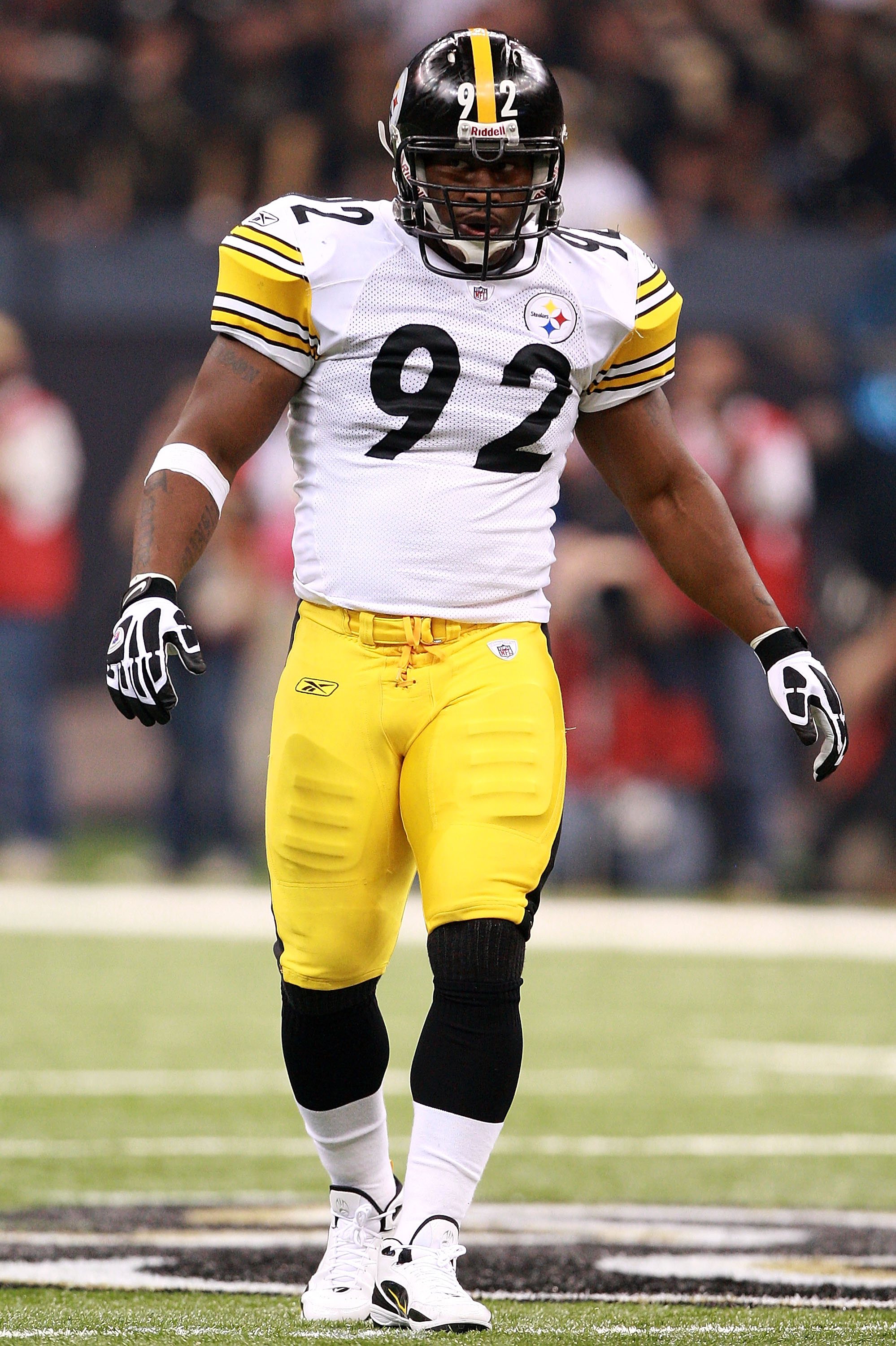 James Harrison tops this list for several reasons. He regularly takes players out of games with helmet-to-helmet hits, brags about it and then cries to anyone who will listen when the league fines him for it later.

The phrase "don't lead with your helmet" is lost on Harrison, who claims he's confused about how to play the game, which is complete baloney.

If Harrison wants to lead with his helmet, that's fine. He just needs to stop crying about it when the league takes another $50,000 out of his paycheck.