NHL Power Rankings: Ovechkin and the Capitals Lead the East

Washington, Philly and LA all have been playing up to expectations. Time will tell if the Caps and Kings will perform in the playoffs.

The Flyers have to be happy to know that Jeff Carter will be in Philly long-term after losing Simon Gagne over the summer.

Anaheim has been playing surprisingly well and the Pacific, in general, is looking solid.

Vernon Fiddler and Ray Whitney had back-to-back hat tricks for the 'Yotes.

St. Louis has hit the skids after a solid showing last week. Columbus looks like it wants to take the Blues' place.

Just when things couldn't go worse for the Devils, Kovalchuk botches a shootout.

The Capitals are among the NHL's top 10 in goals per game (first), goals against (10th), power-play percentage (ninth) and penalty-kill percentage (10th) and they have won six straight at home.

Alexander Ovechkin and Alexander Semin have been clicking offensively. And Brooks Laich has the best plus-minus in the league with a plus-13 rating.

Right now it looks like the Caps are the team to beat in the Southeast again. The question will be what they can do in the clutch. 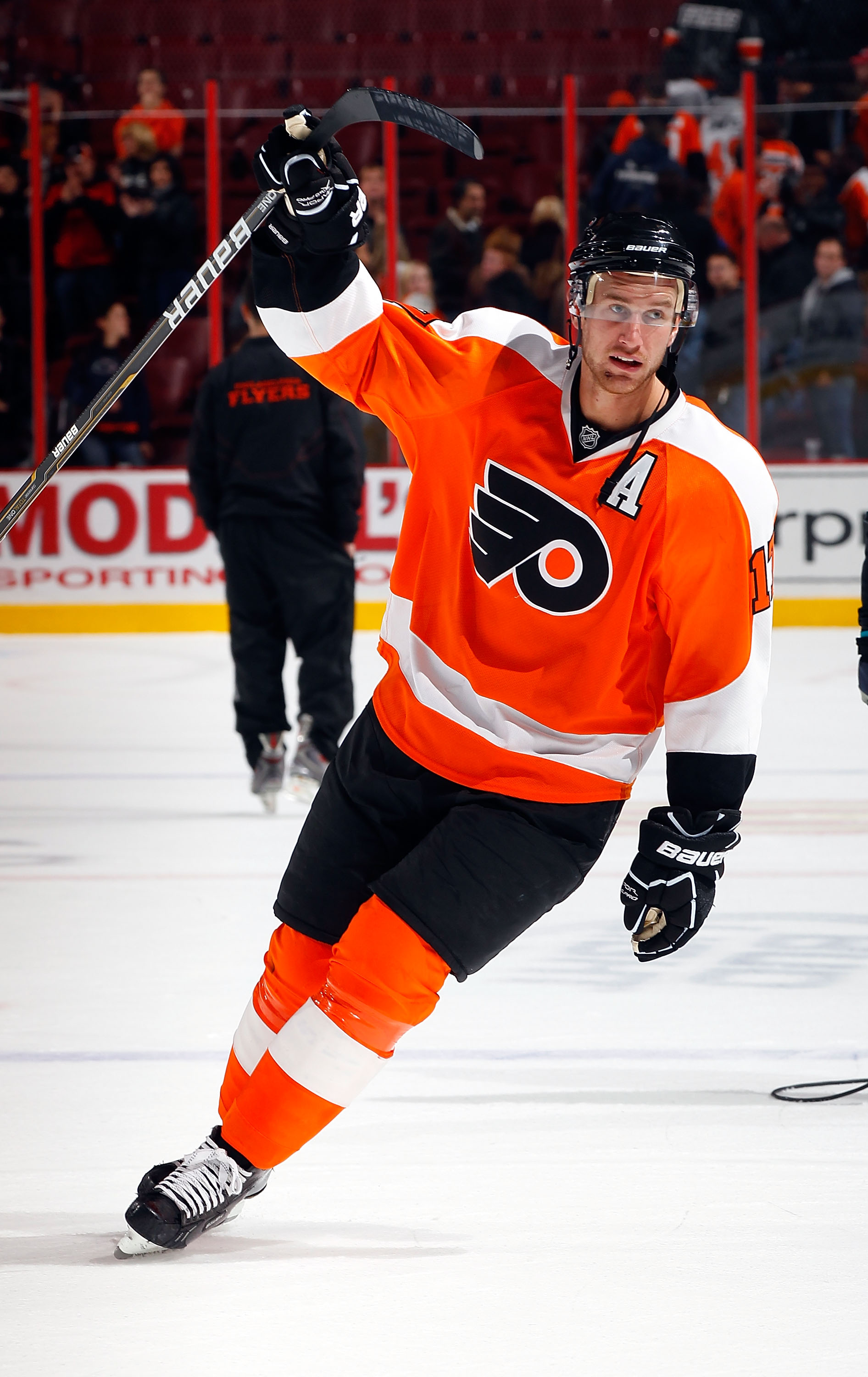 The team is among the league's top 10 in goals per game (second), goals against (fifth), power-play percentage (eighth) and penalty kill (seventh).

All is well in the City of Brotherly Love. 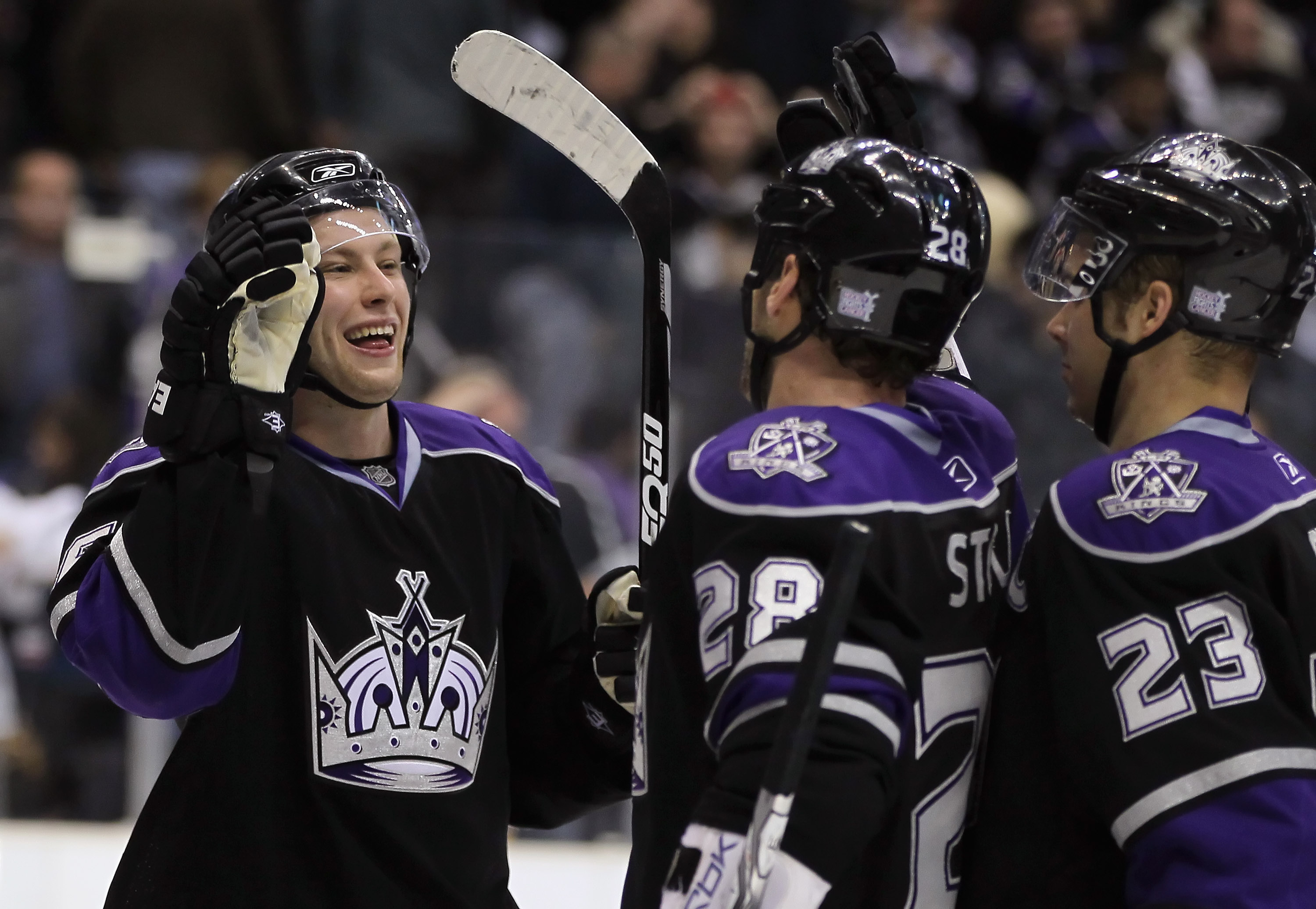 The Kings have the league's best defense and penalty kill. Their three goals per game is eighth in the league.

If they can get their power play going, the Kings are going to be tough to beat in the West.

In their six-straight wins heading into San Jose, the Kings have only given up more than one goal once.

While everyone else in the Central is hitting the skids, the Wings continue to propel themselves forward.

Detroit has the league's third-best offense and is among the top 10 in goals against and penalty kill. However, like LA, they need to get their power play going.

The team has won three straight and has a big matchup with St. Louis in the Joe on Wednesday. 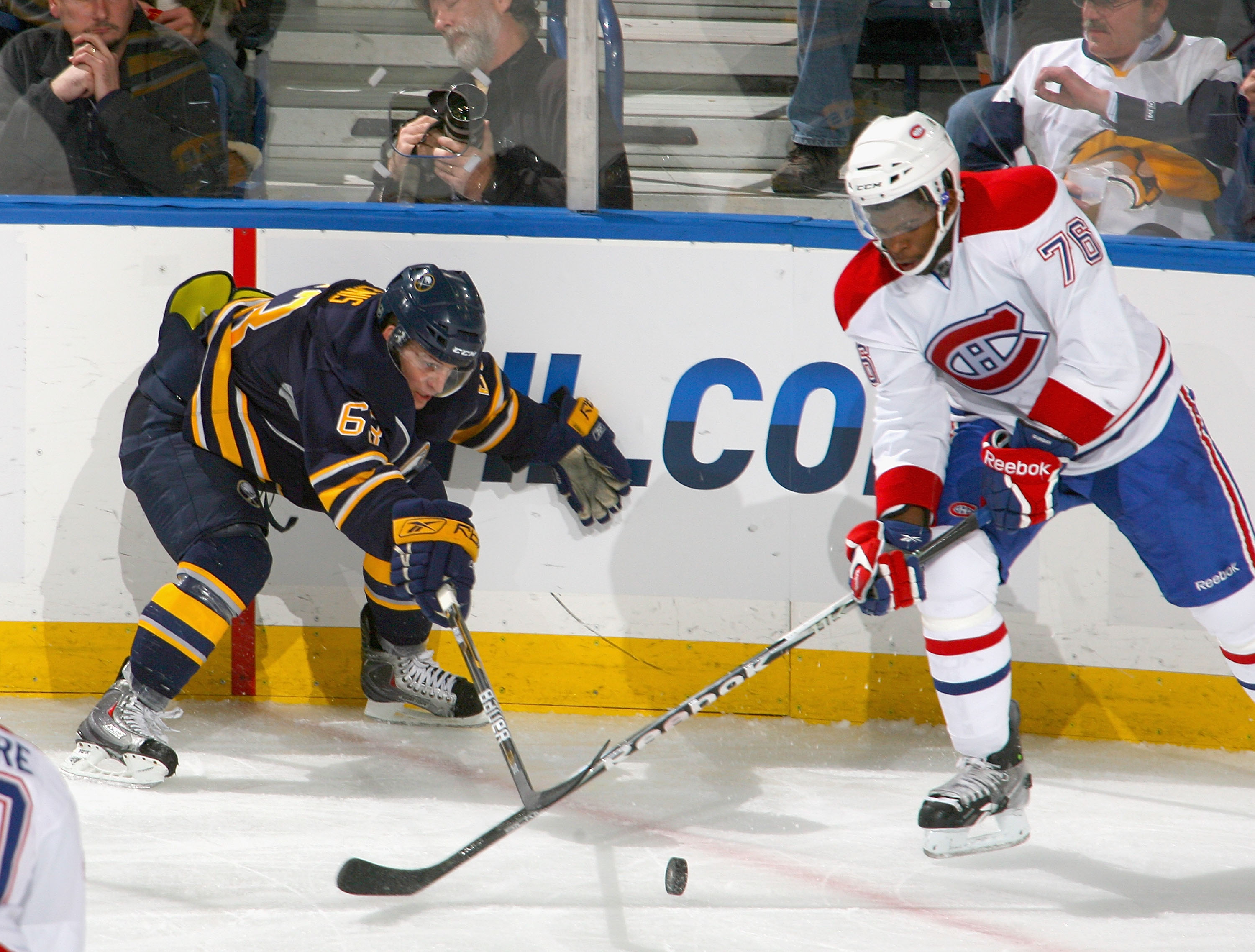 Defense is keeping the Canadiens among the league's finest. They're third overall in goals against and penalty kill.

In addition, PK Subban is emerging as a young star.

The team put up seven against Carolina on Saturday, but it needs a consistent effort from its offense every night. 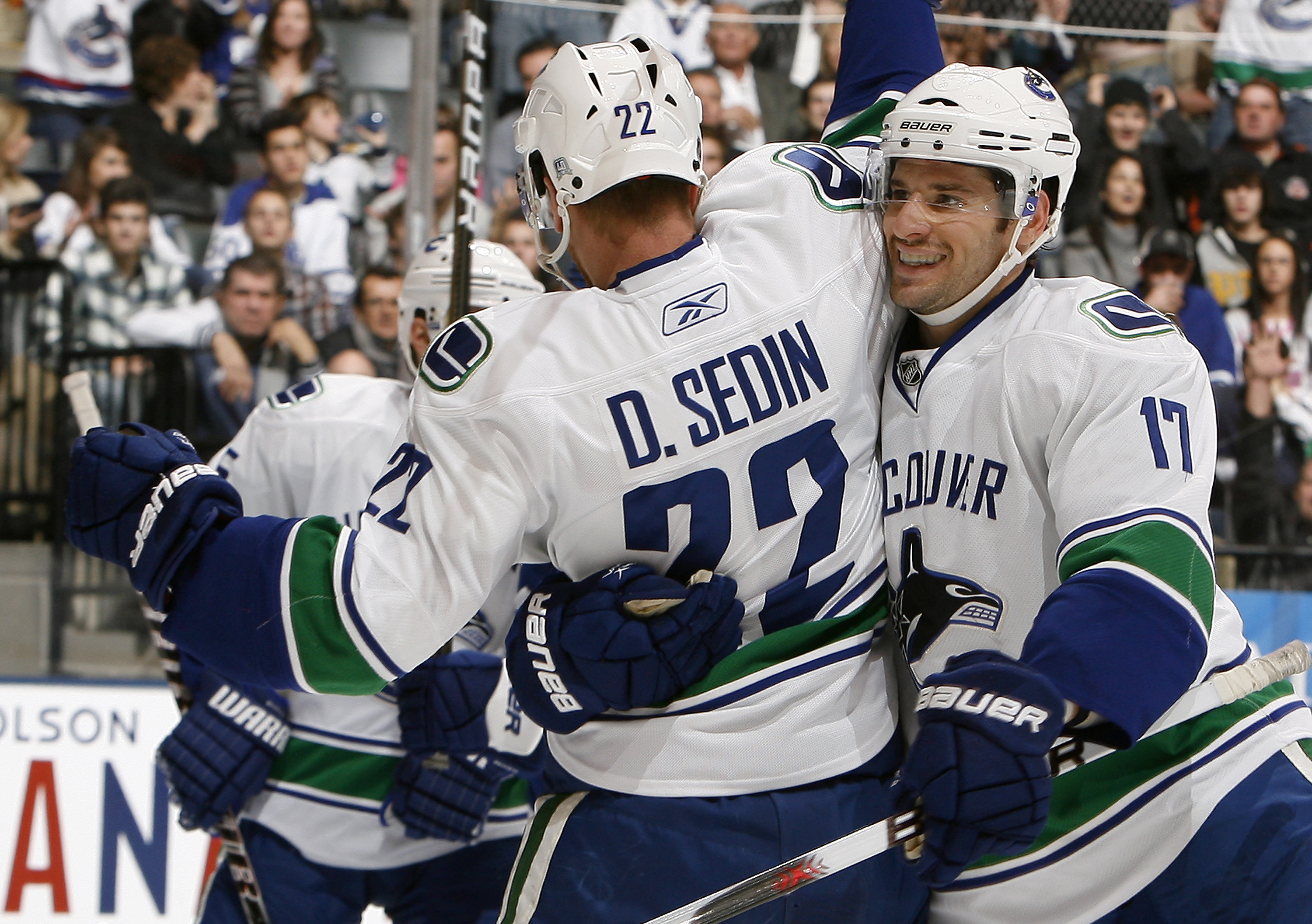 Behind the dangerous Sedin twins, the Canucks have the league's best power play and are scoring more than three goals per game.

The Canucks' D remains solid and the penalty kill is coming together.

Vancouver has won eight of its last nine, but it may hit a roadblock with games in Pittsburgh and against Chicago next week. 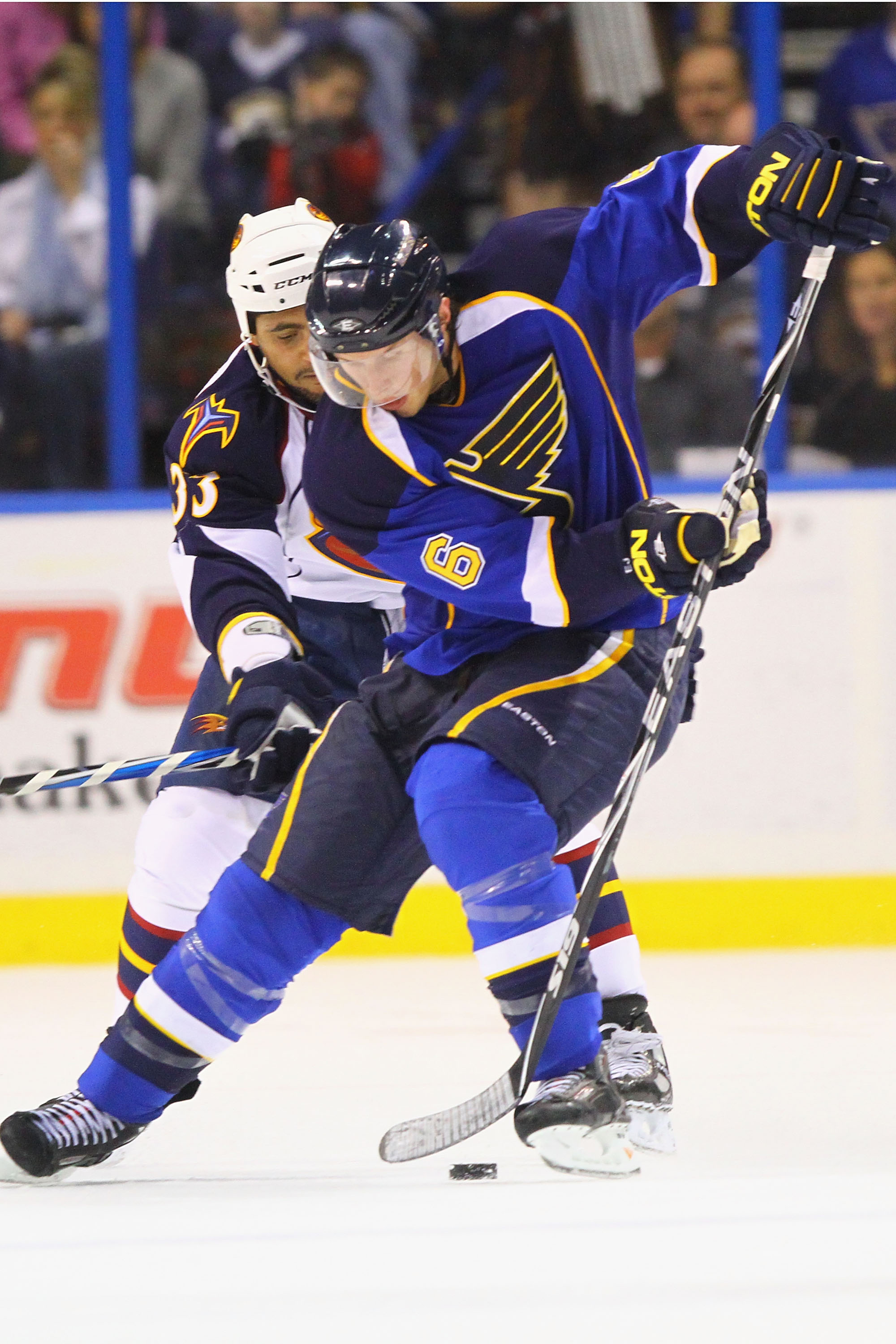 After winning seven straight, the Blues have dropped three in a row, including an embarrassing 8-1 blooper in Columbus.

The Blues have an opportunity to bounce back on Monday when they face the young Colorado Avalanche on Versus.

Pittsburgh is scoring more than three goals per game and it has the fifth-best penalty kill. But it is struggling on the power play and is not playing great defense.

Evgeni Malkin has stepped his game up. He had a hat trick in Atlanta on Saturday. 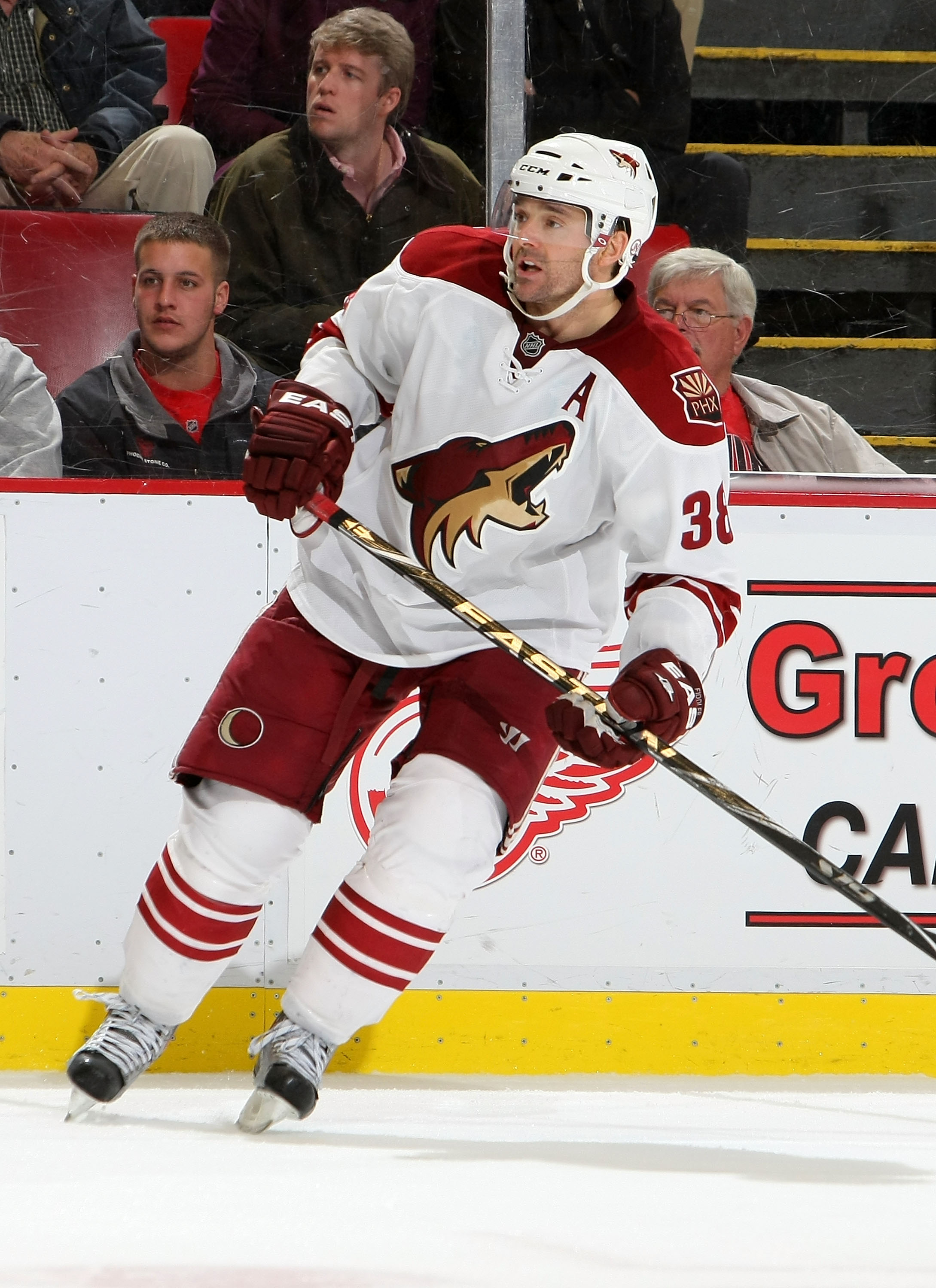 Like the Ducks, the Coyotes continue to hang around in the Pacific thanks to hat tricks from Vernon Fiddler and Ray Whitney on back-to-back nights.

Phoenix has won three-straight, including contests against Chicago and St. Louis. But it will have to prove itself with three road games north of the border next week. 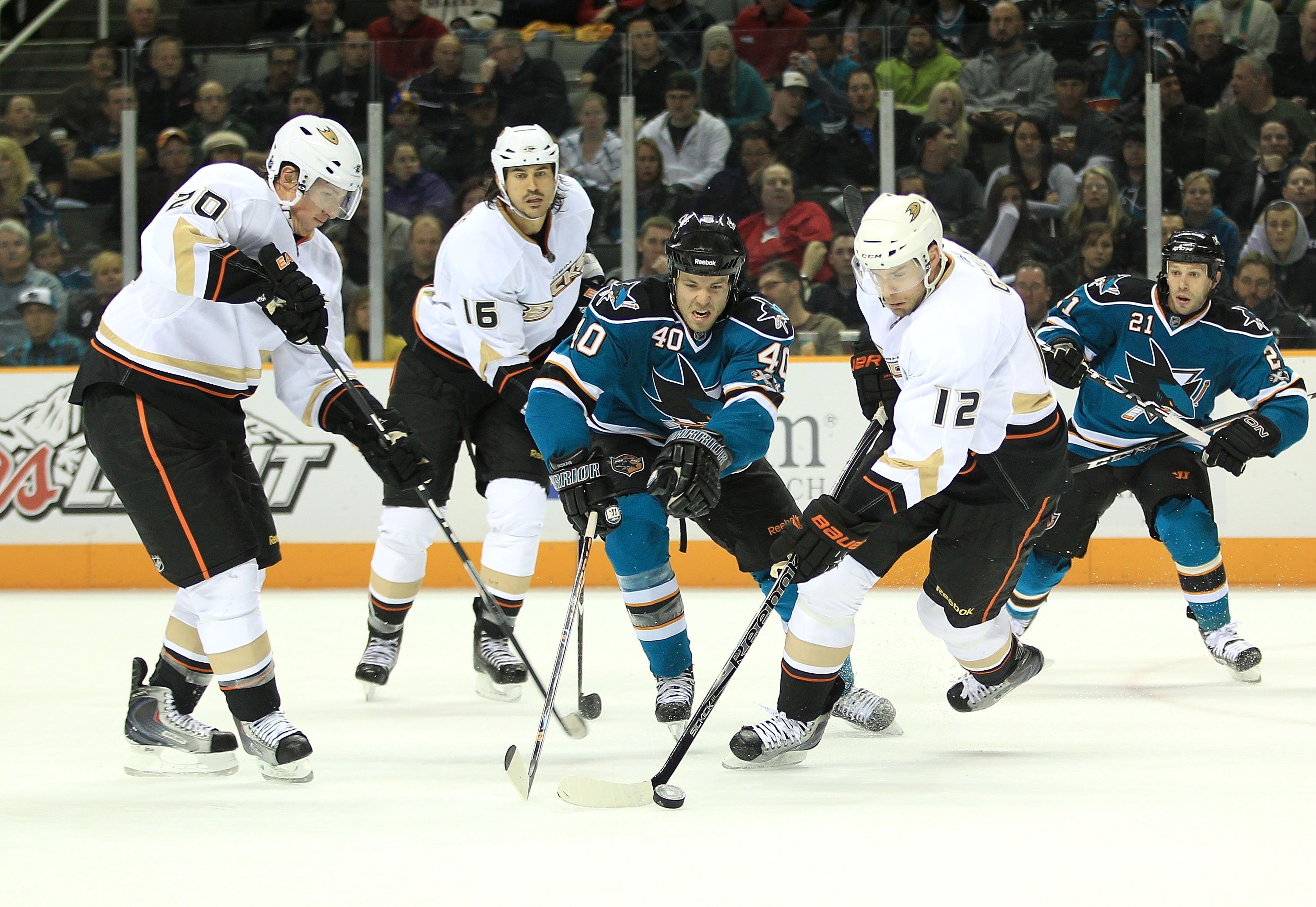 The scrappy Ducks won six straight before losing to Chicago in OT on Sunday.

Jonas Hiller has been solid in net, and the young core of Bobby Ryan, Ryan Getzlaf and Corey Perry have been providing him offensive support on a regular basis. 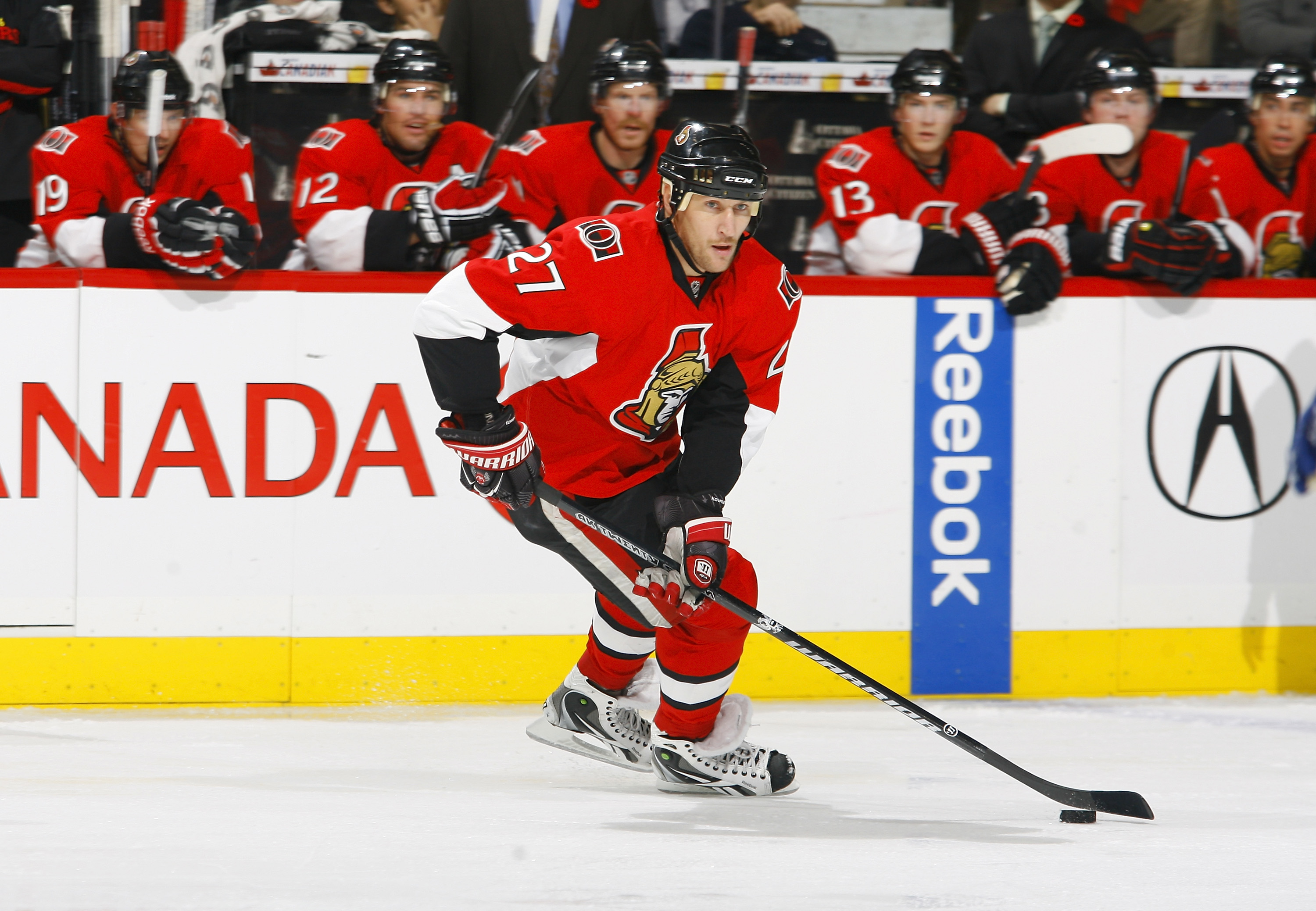 Ottawa has won five of its last six contests and continues to hang around in the Eastern Conference.

Three road games in Philly, Raleigh and St. Louis will be a test for this team next week. 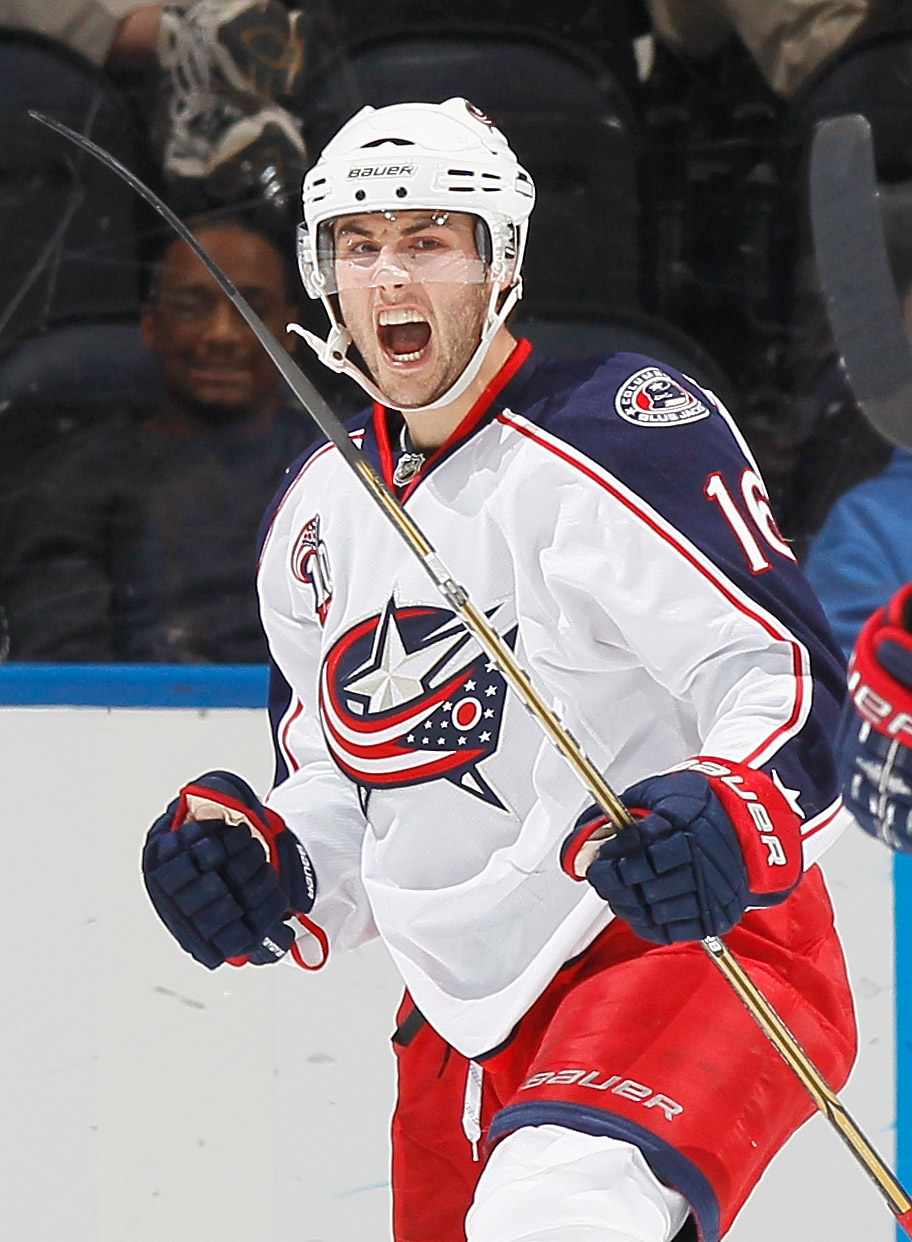 However, they routed division rival St. Louis in Ohio on Wednesday, and Derick Brassard is coming into his own. 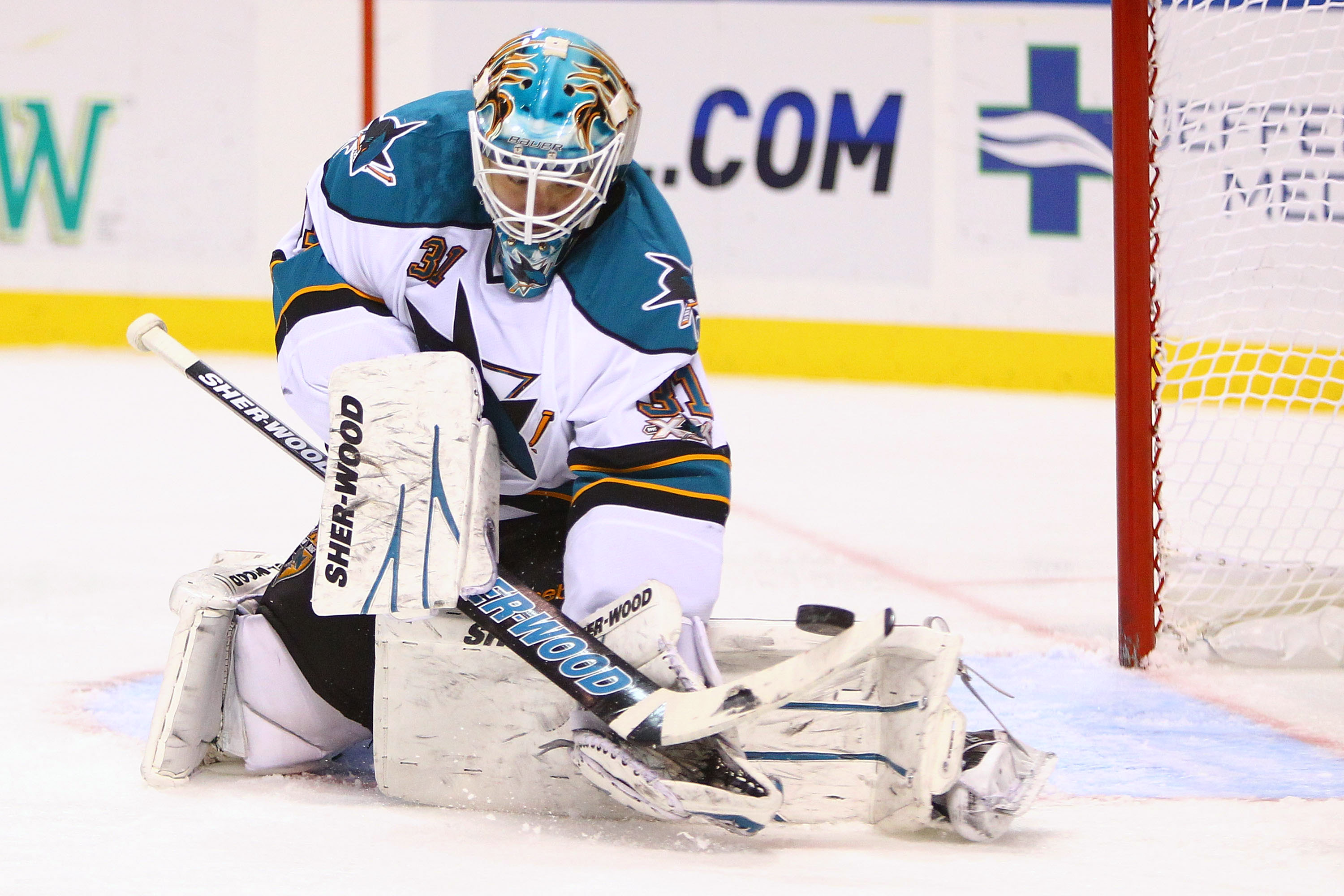 The Sharks power play is clicking (fifth in the NHL), but their offense is not. They score less than three goals per game.

Antti Niemi is struggling in teal, but he got the win against Calgary.

Their game against the Kings in the Tank will give the Sharks an indication of where they are early in the season.

The Lightning have lost Vinny Lecavalier and still have a top 10 offense and one of the league's best special teams units.

Steven Stamkos is having a strong year. He leads the league in points and goals. Three-straight losses have set this team back in the Southeast Division.

The Bruins have the second-best defense in the league and fourth-best penalty kill, but cannot seem to accumulate points.

Boston had a big 7-4 win over Pittsburgh, but it has lost four of its last five. 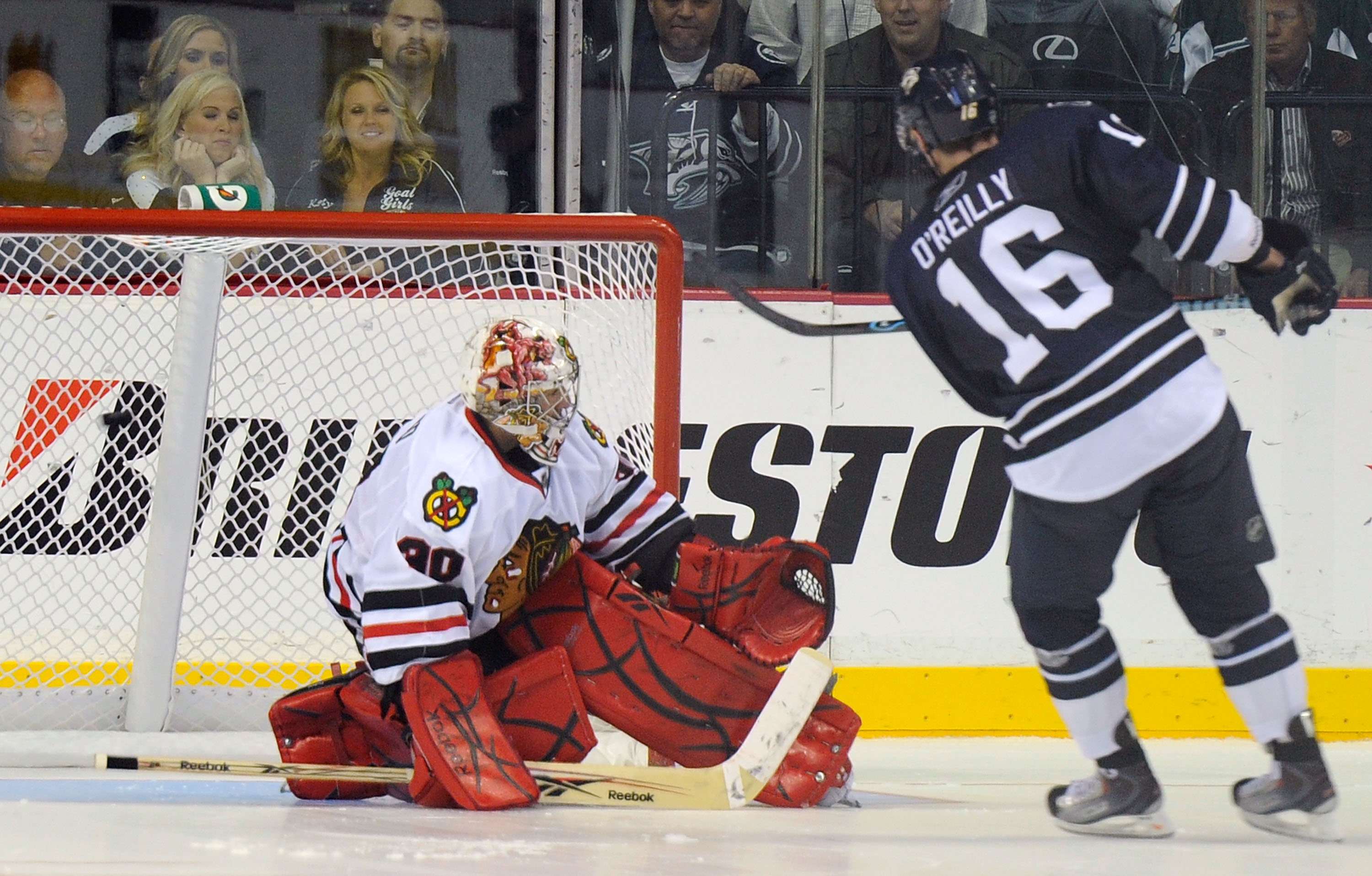 The Predators struggled on their five-game road trip—only picking up two points.

However, they have beat St. Louis and Detroit in their last two contests. 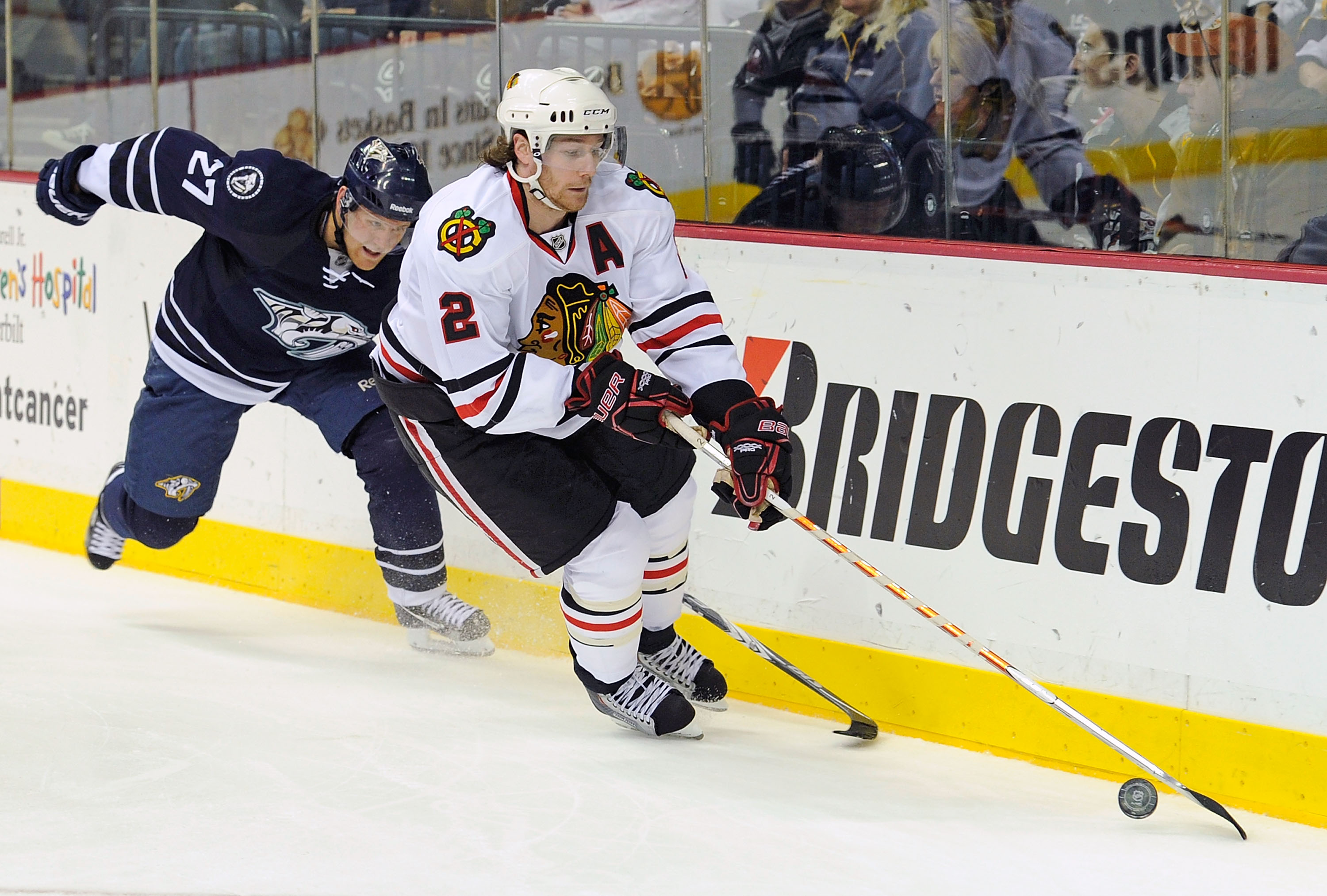 The Hawks are clicking on the power play (third in the league) but otherwise they are struggling across the board.

They've lost five of their last seven, with their only wins coming against Atlanta and Anaheim. And they are about to enter a massive six-game road trip. 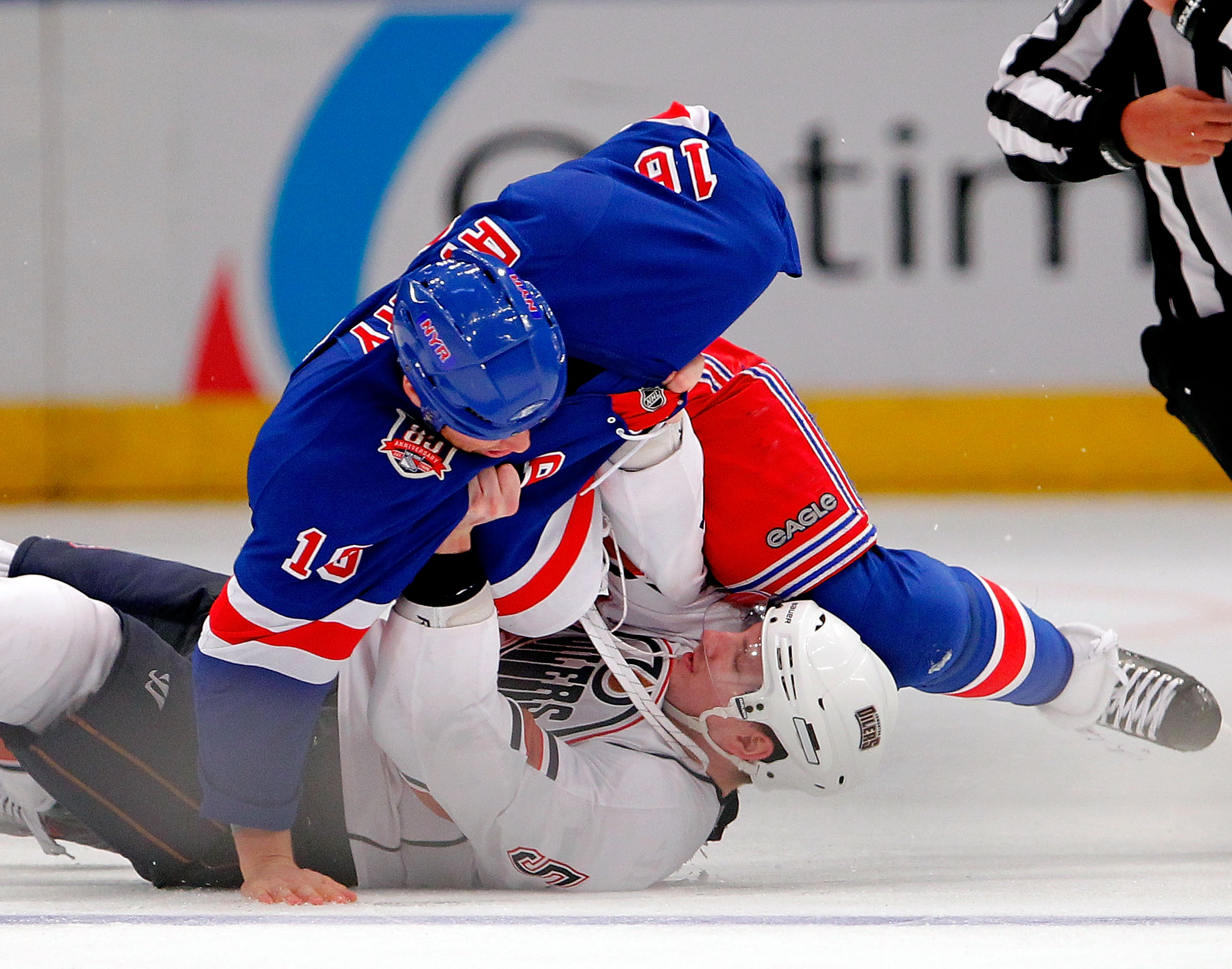 Marian Gaborik returned in great fashion, netting a hat trick in an 8-2 rout of the Oilers.

Maybe this big win is just what the Blueshirts needed to get them through next week, when they face Pittsburgh, Boston and Colorado. 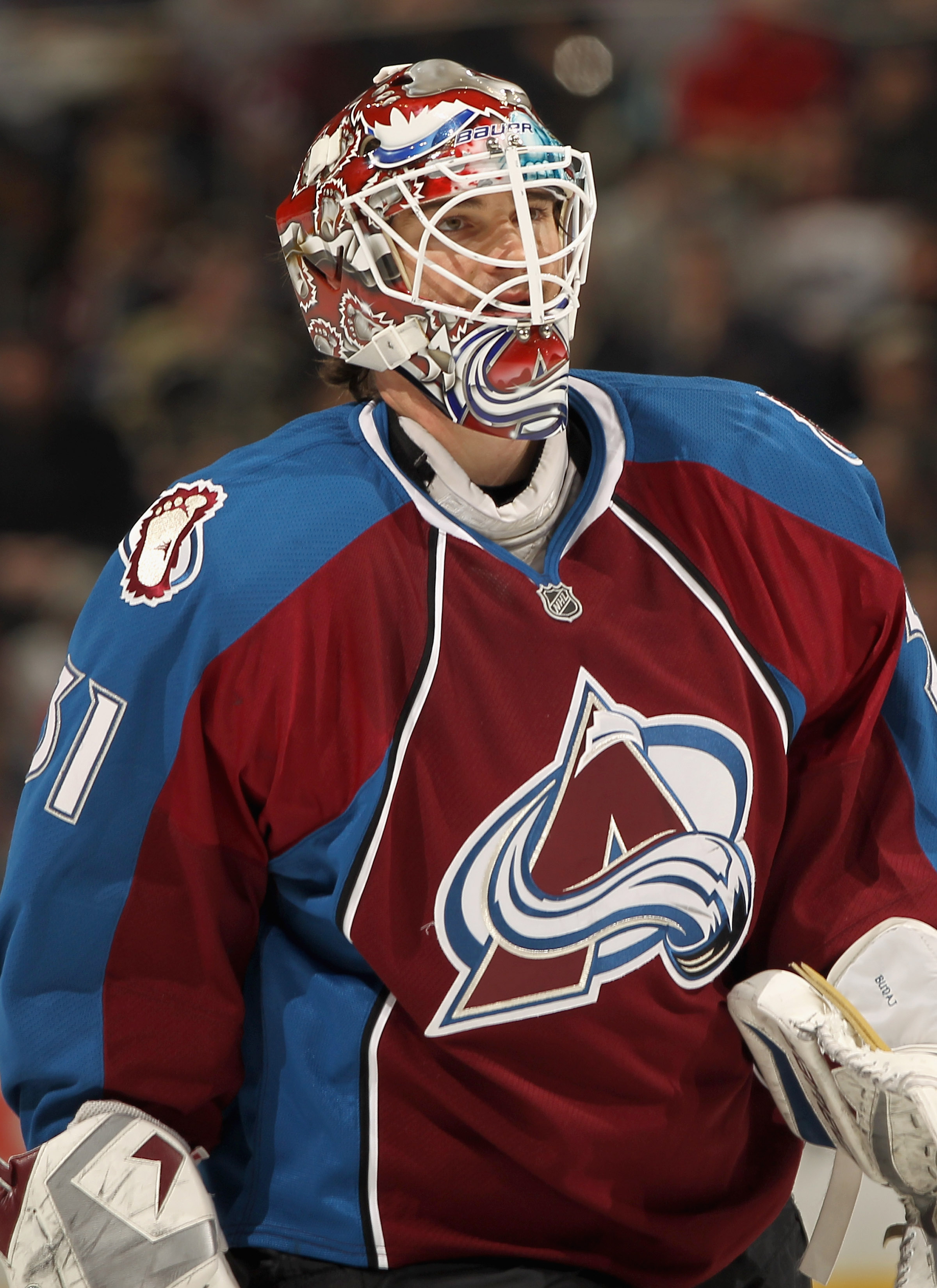 Peter Budaj has done well in place of Craig Anderson, who is suffering from a knee injury.

The Avalanche continue to play well offensively, but their poor defensive effort is catching up with them.

Colorado has three games in Denver to pull it together next week. 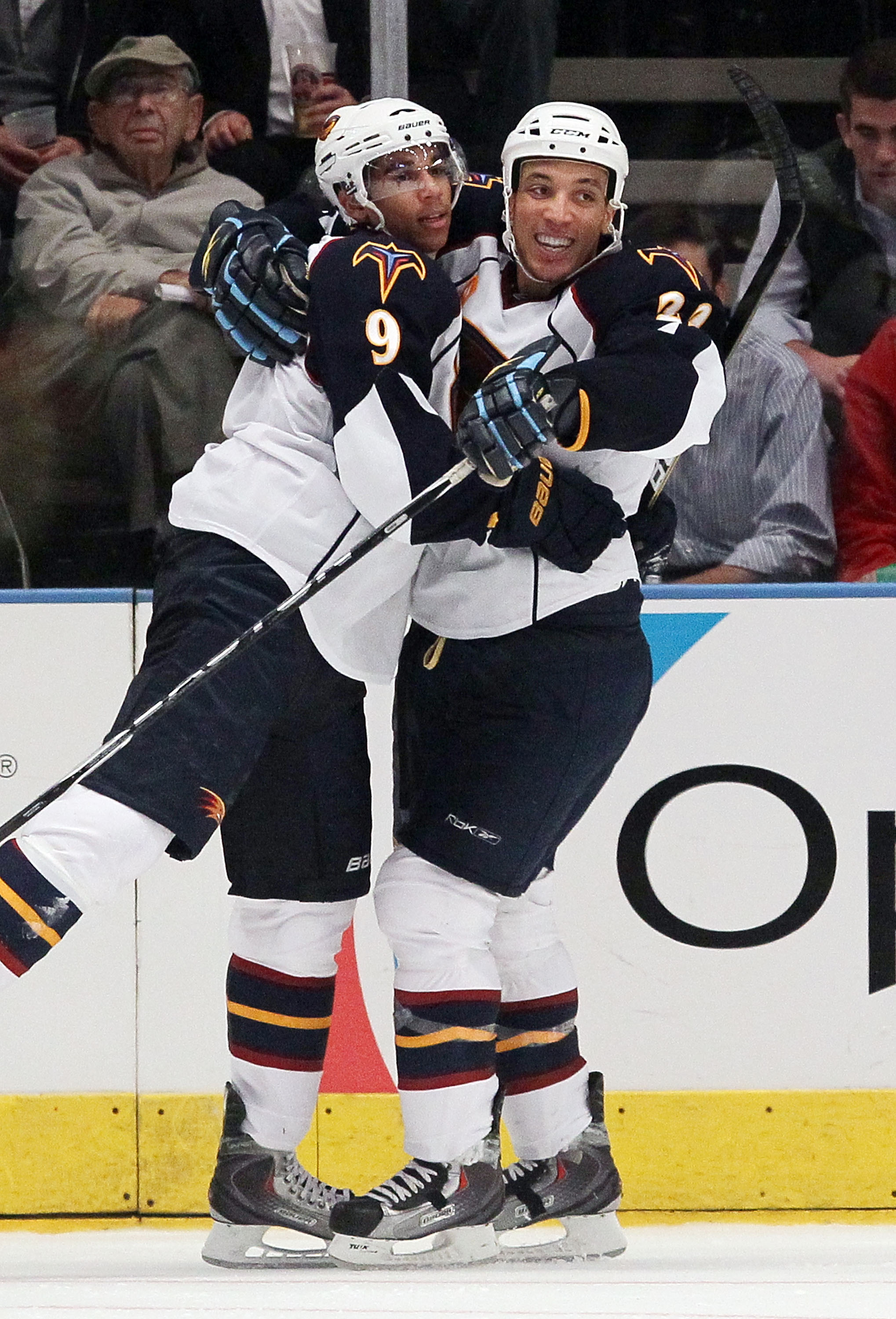 Like the Avalanche, the Thrashers have been solid offensively but are not putting forth a great effort at their own end.

As a result, they have lost five of their last six games. 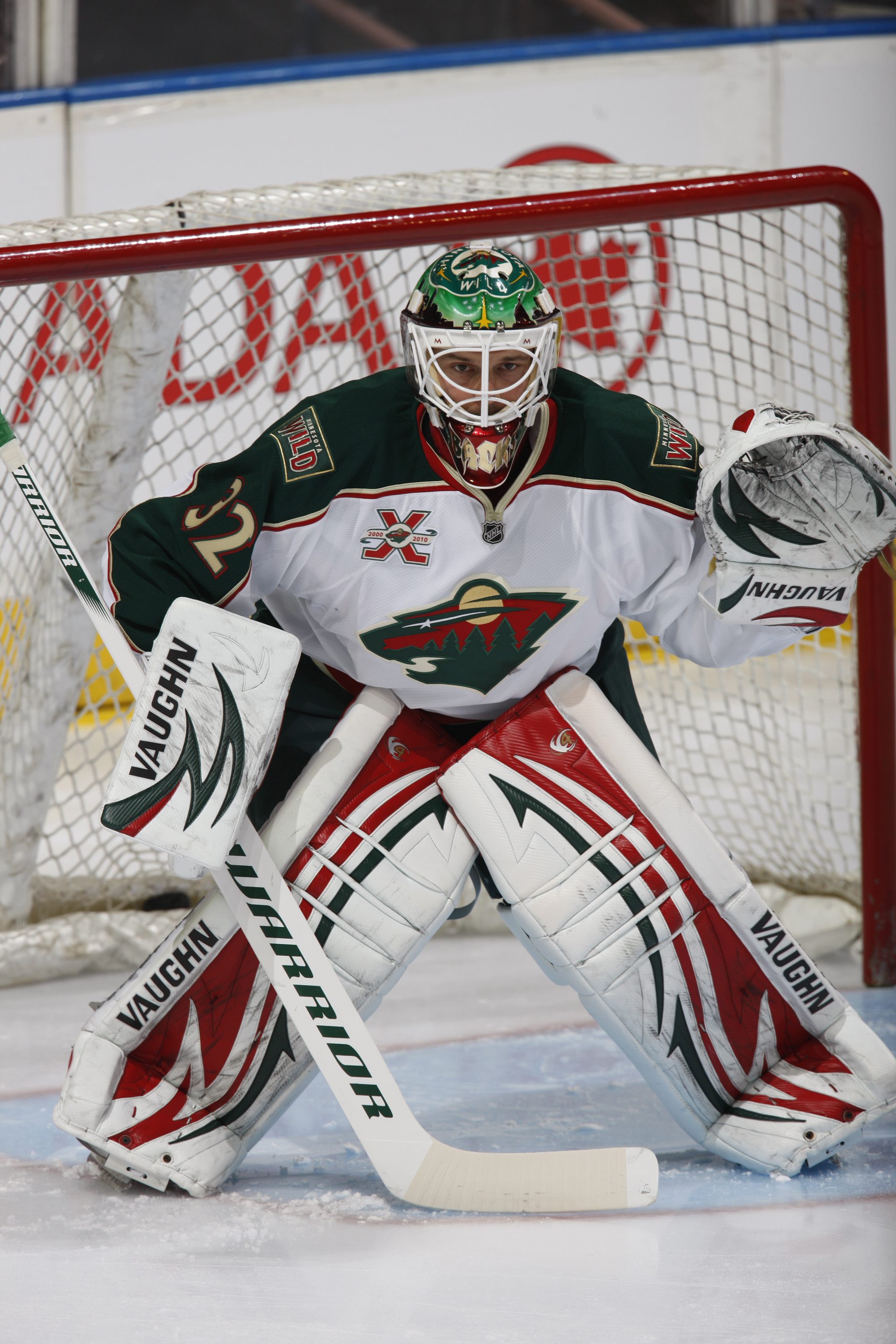 Minnesota has been playing great defense and is prolific on special teams. But it plays inconsistently due to poor five-on-five play.

The Wild were crushed by Atlanta 5-1 in Georgia and could not beat Florida on the road. However, they were able to rout the Bolts in Tampa.

They return to St. Paul on Wednesday to play the Ducks.

Buffalo has gone into OT in its last four contests and won three of them.

Ryan Miller is back and the team plays five of its next six in western New York.

Maybe they can get it turned around. 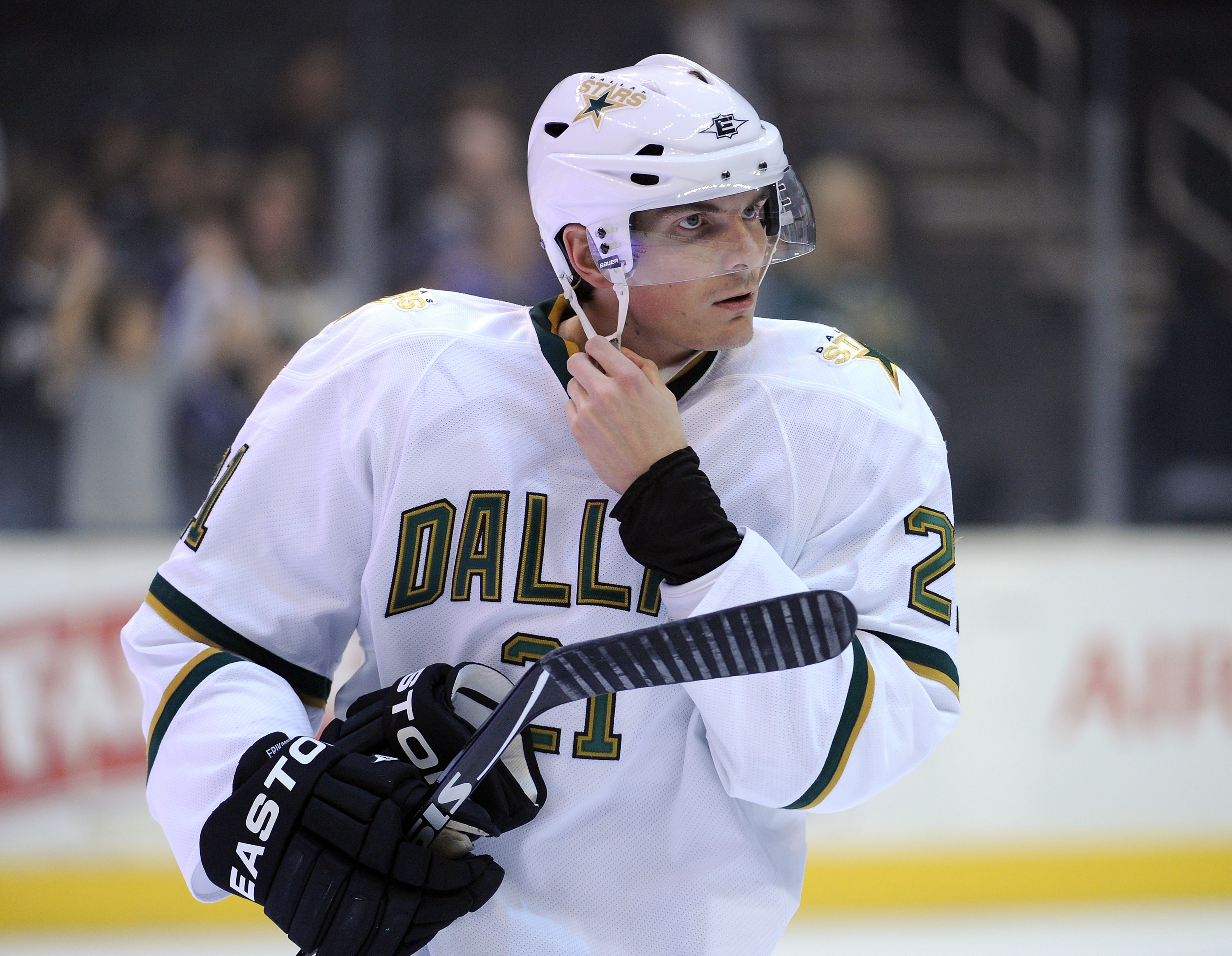 Dallas has lost three straight, including a strangling at the hands of the young Avs in Denver. They lost 5-0.

The Stars have two games in Texas before Colorado comes to town. 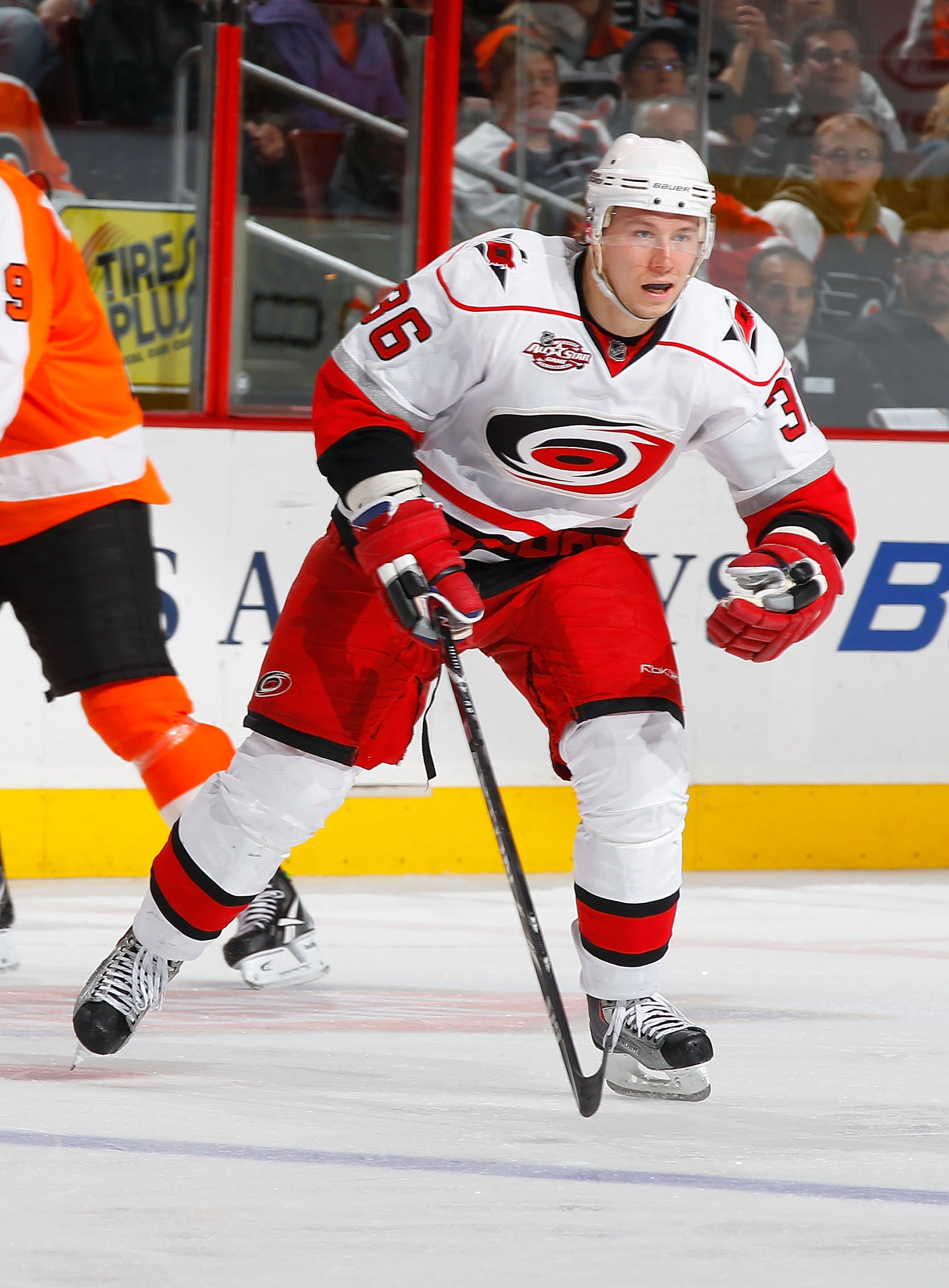 Carolina is putting the puck in the net. But it has struggled on special teams and it has the second-worst defense in the league.

The 'Canes have been drubbed in their last two contests—8-1 against Philly and 7-2 in Montreal. 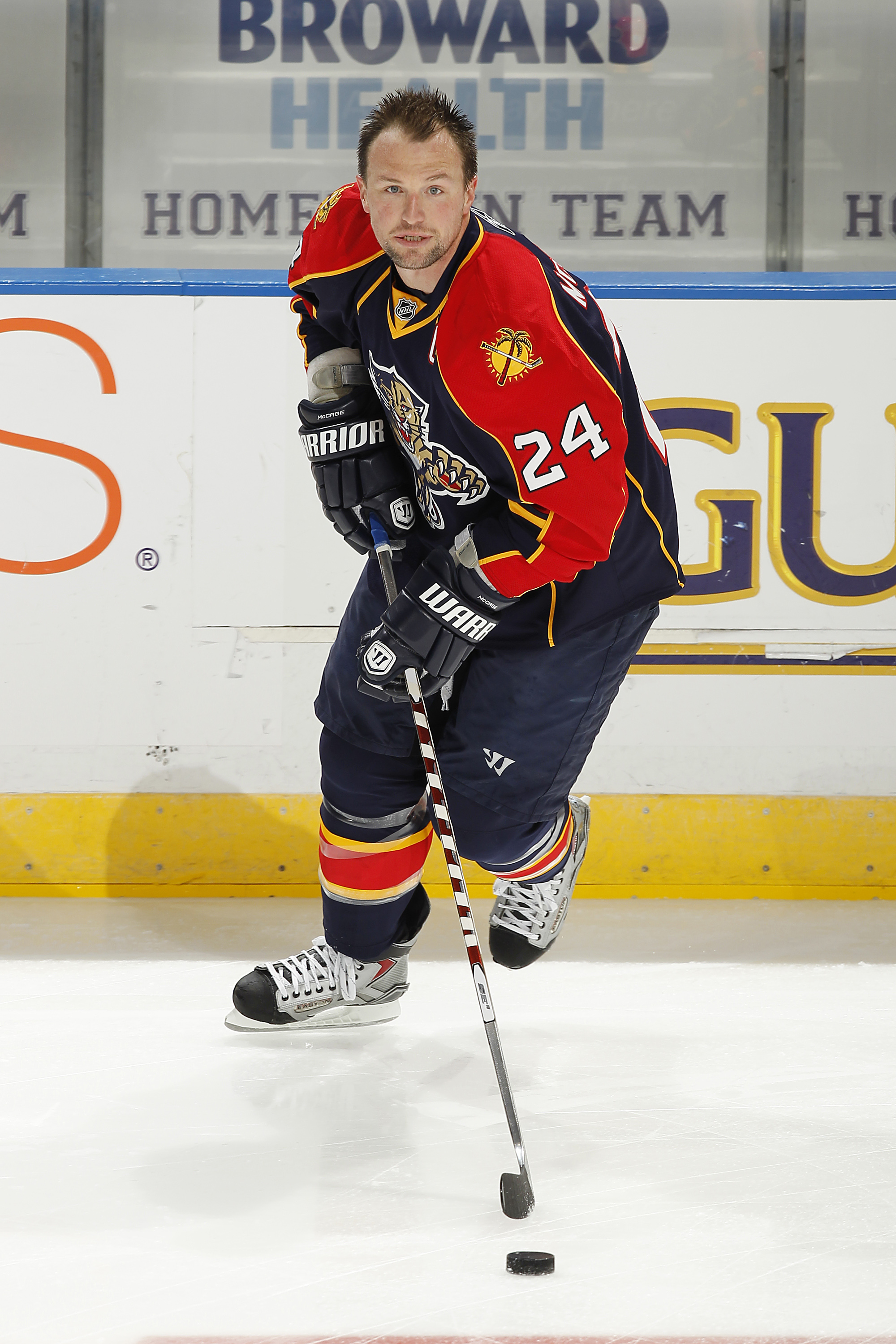 Florida snuffed the Wild (2-1) on a hot streak and drubbed Toronto 4-1, but it was routed by Philly 5-2 and it has to play its next three on the road.

The Cats need to find some help on the power play. Their 10.4-percent conversion rate is second worst in the league. 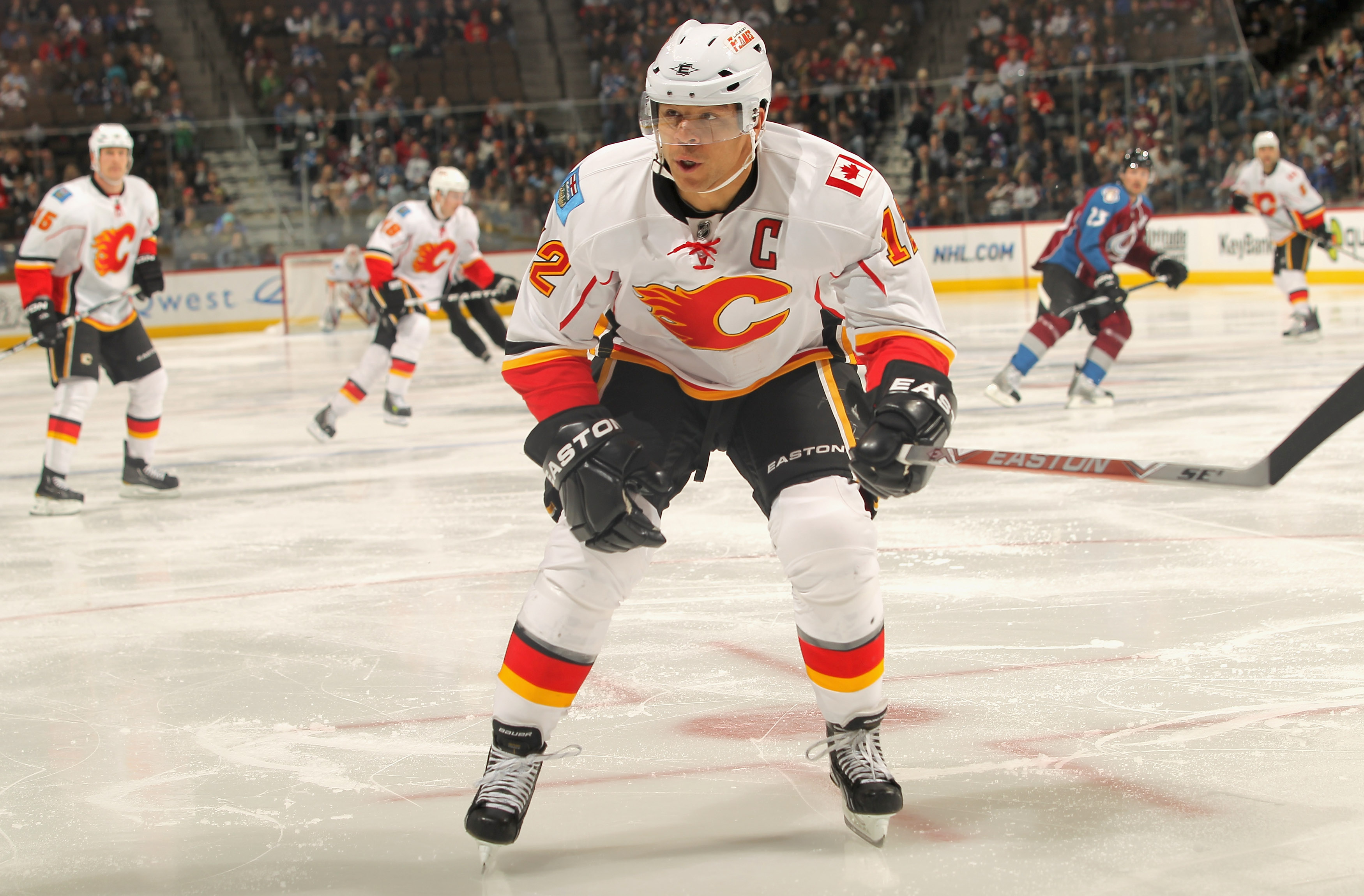 Jarome Iginla is in head coach Brent Sutter's doghouse. He was demoted to the fourth line against San Jose on Saturday.

The Sutter family may have some bigger fish to fry, however. Young Brett Sutter reportedly got rowdy while drunk and punched a cabbie. 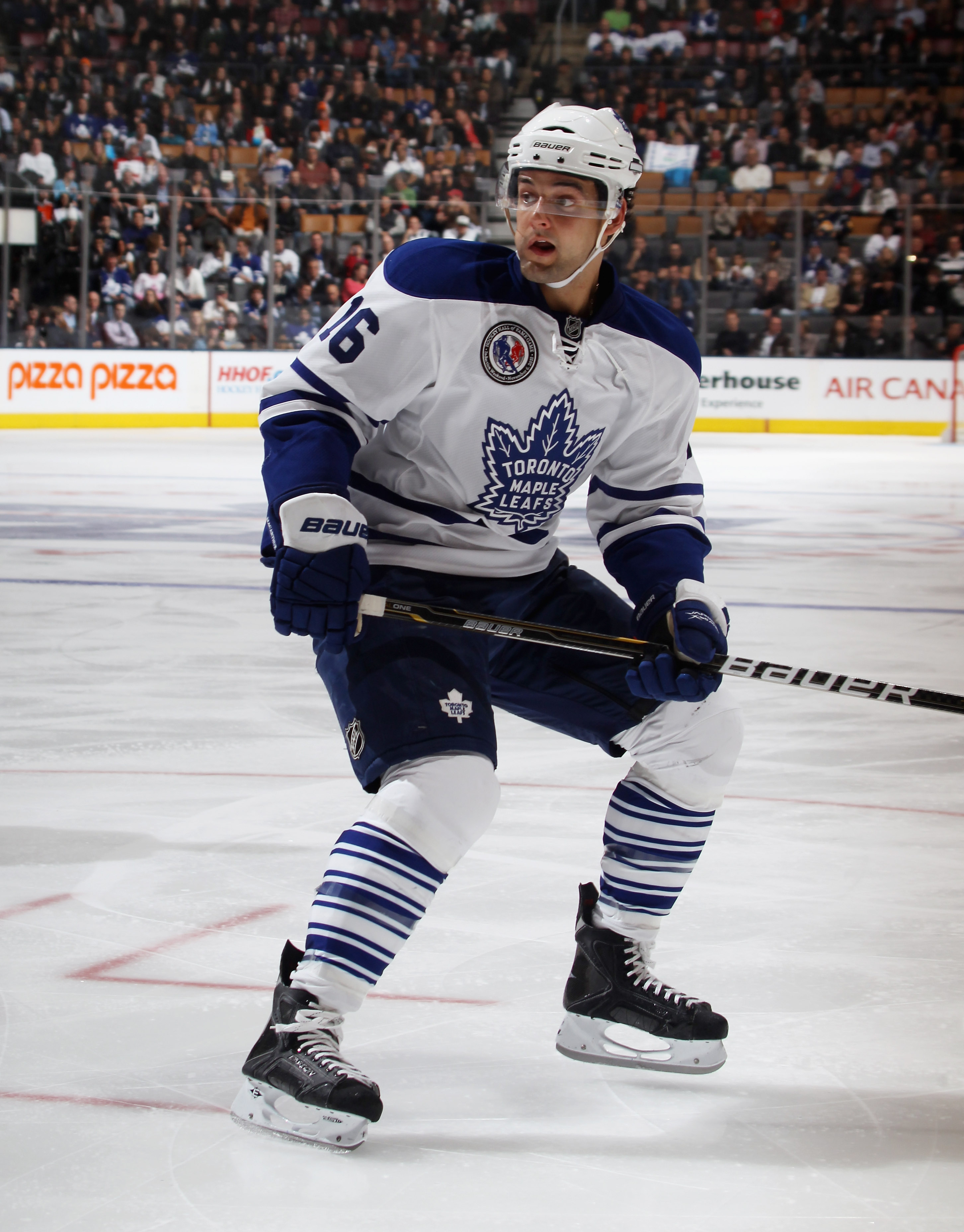 The Leafs have lost eight games in a row.

The good news is that they get New Jersey on Thursday before playing Montreal in the Bell Centre Saturday on the NHL Network. 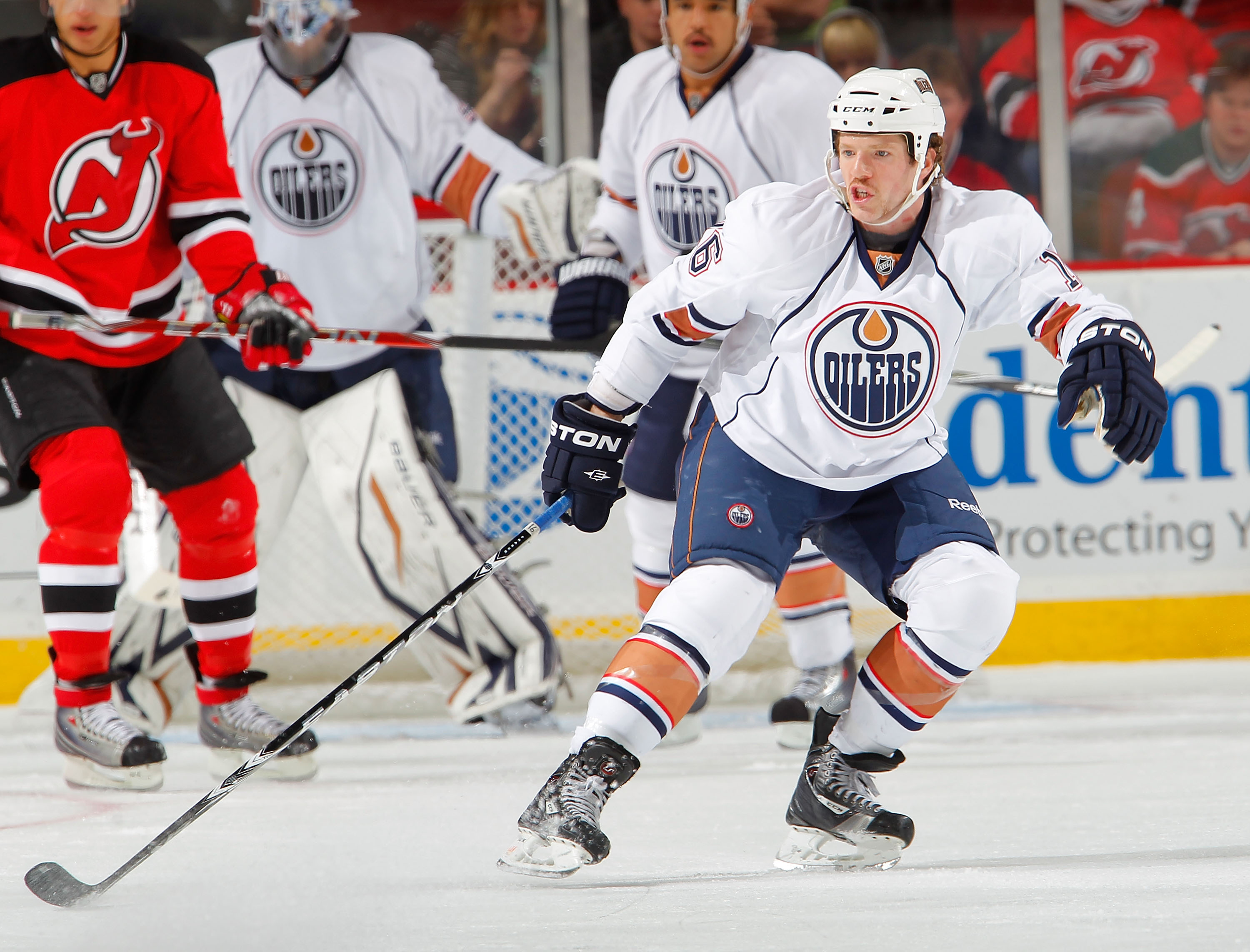 The Oil have the league's worst power play and worst penalty kill.

The Rangers put up eight goals on them last night, making it three of the last four games that this team has been blown out. 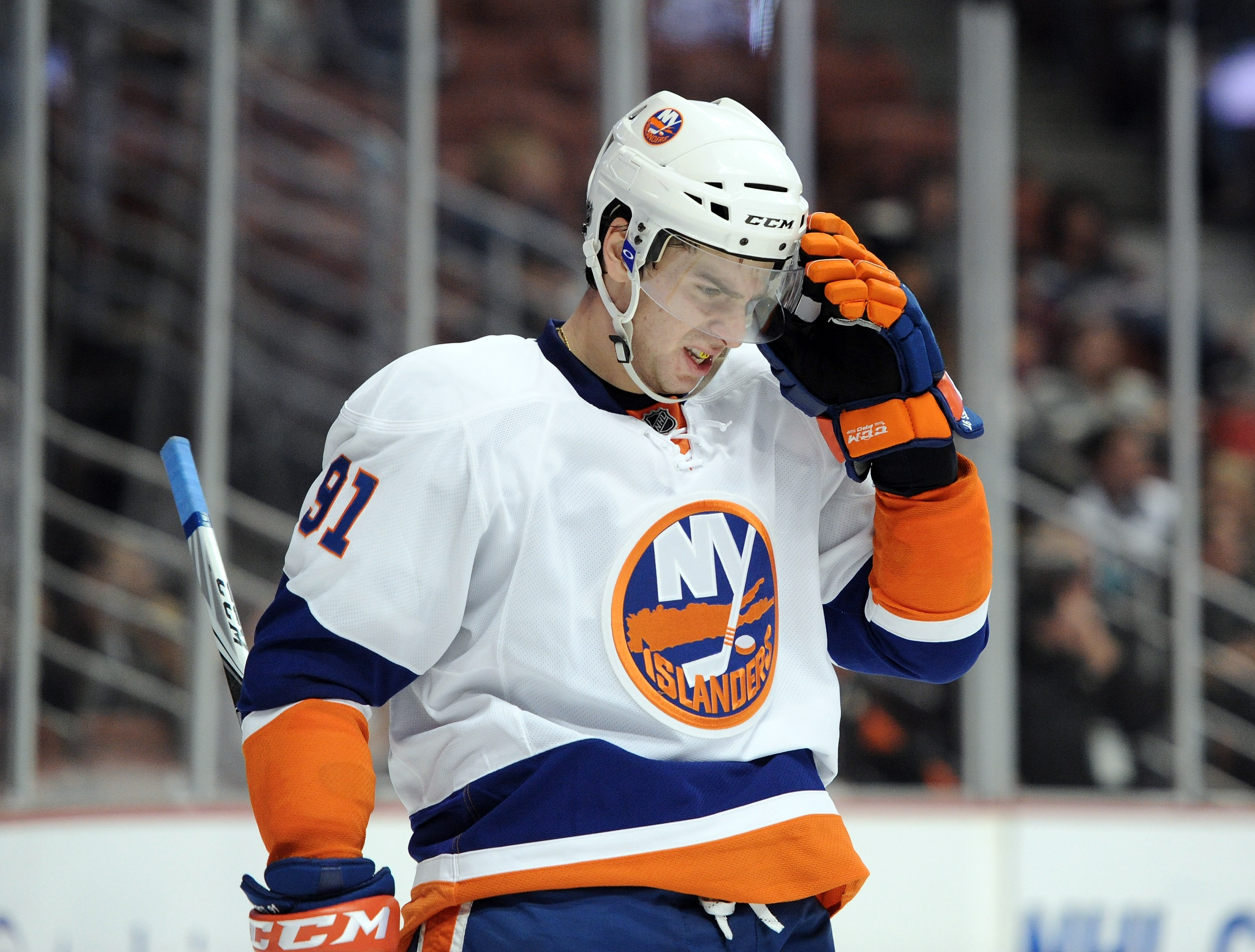 The Islanders have obtained one point in their last 10 games.

On the bright side, they did not land Kovalchuk in the offseason (see next slide).

Ilya Kovalchuk's whiff on the shootout against Buffalo succinctly sums up the beginning of the Devils' season.

If you missed it, see the video above.