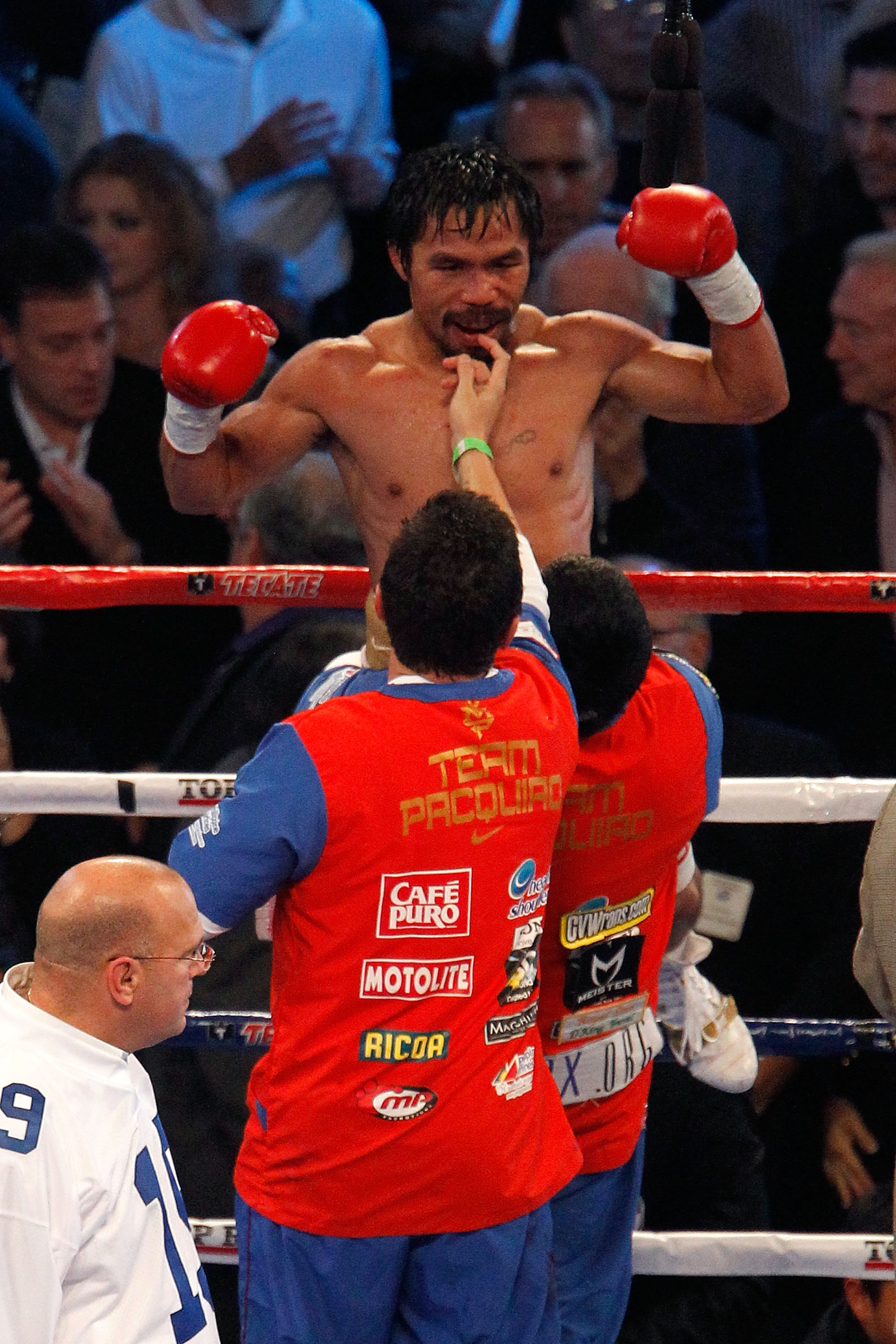 Manny Pacquiao is still the best pound-for-pound boxer in the world.  He beat Antonio Margarito, Nov. 13, for his eighth title in as many weight classes.

So who's out there worthy of challenging Pacquiao?  The world is waiting.

If Floyd Mayweather is ready to step up to the plate and accept the challenge from Pacquiao, then the fight is on.  If he isn't, his career is nothing more than winning 41 fights and ducking because he might lose.

Enough talking of these two getting together.  We want to see some action.  Here's my reasons the fight must happen now.

Bob Arum Wants It to Happen 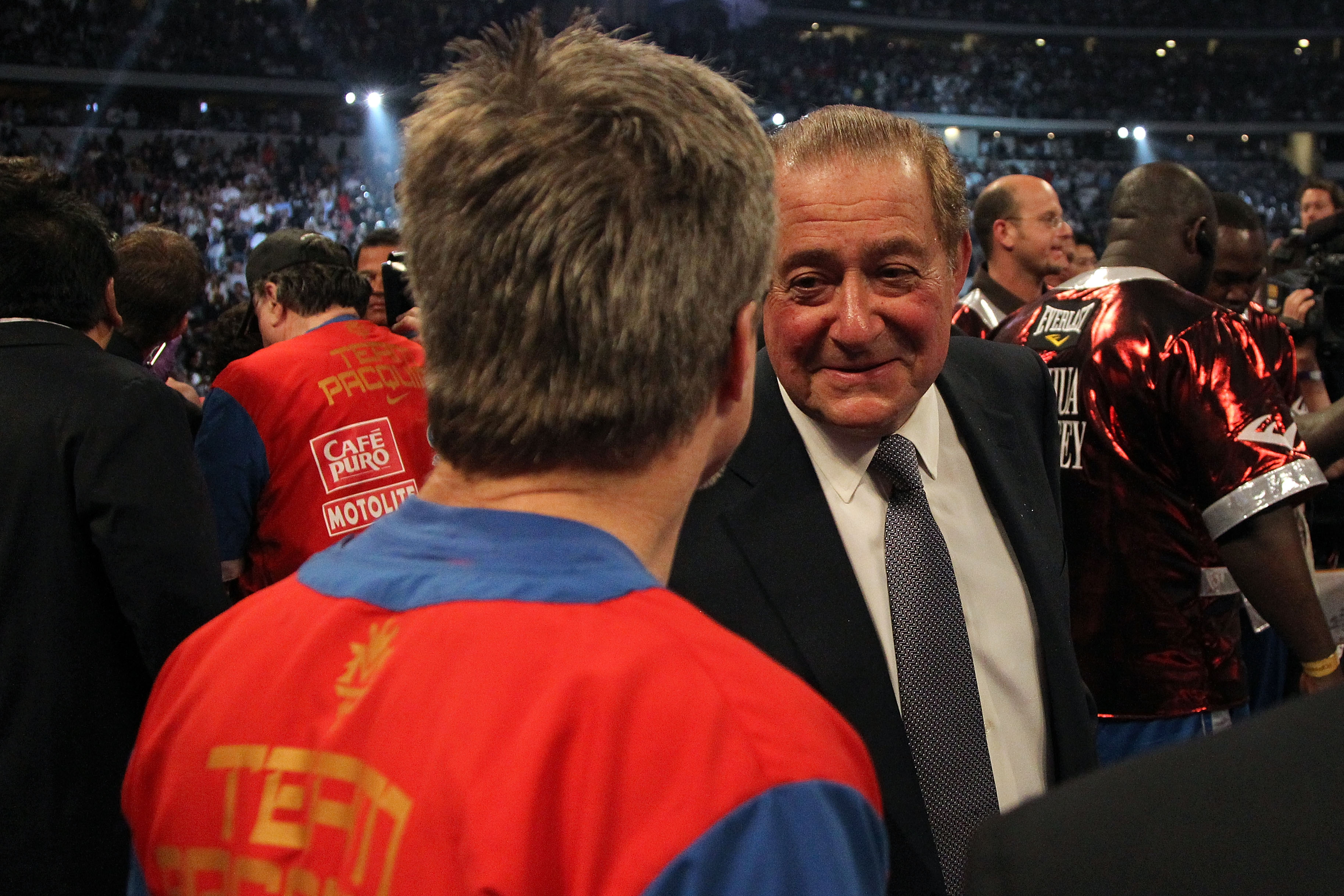 Top Rank promoter, Bob Arum, has been around long enough to know what sells in boxing.  He thought there was an offer on the table from Floyd Mayweather's representatives over the summer.

With a convincing win by his fighter, Manny Pacquiao, it's time to draw up the paperwork.  It will get Pacquiao to fight someone outside the Top Rank stable for once. 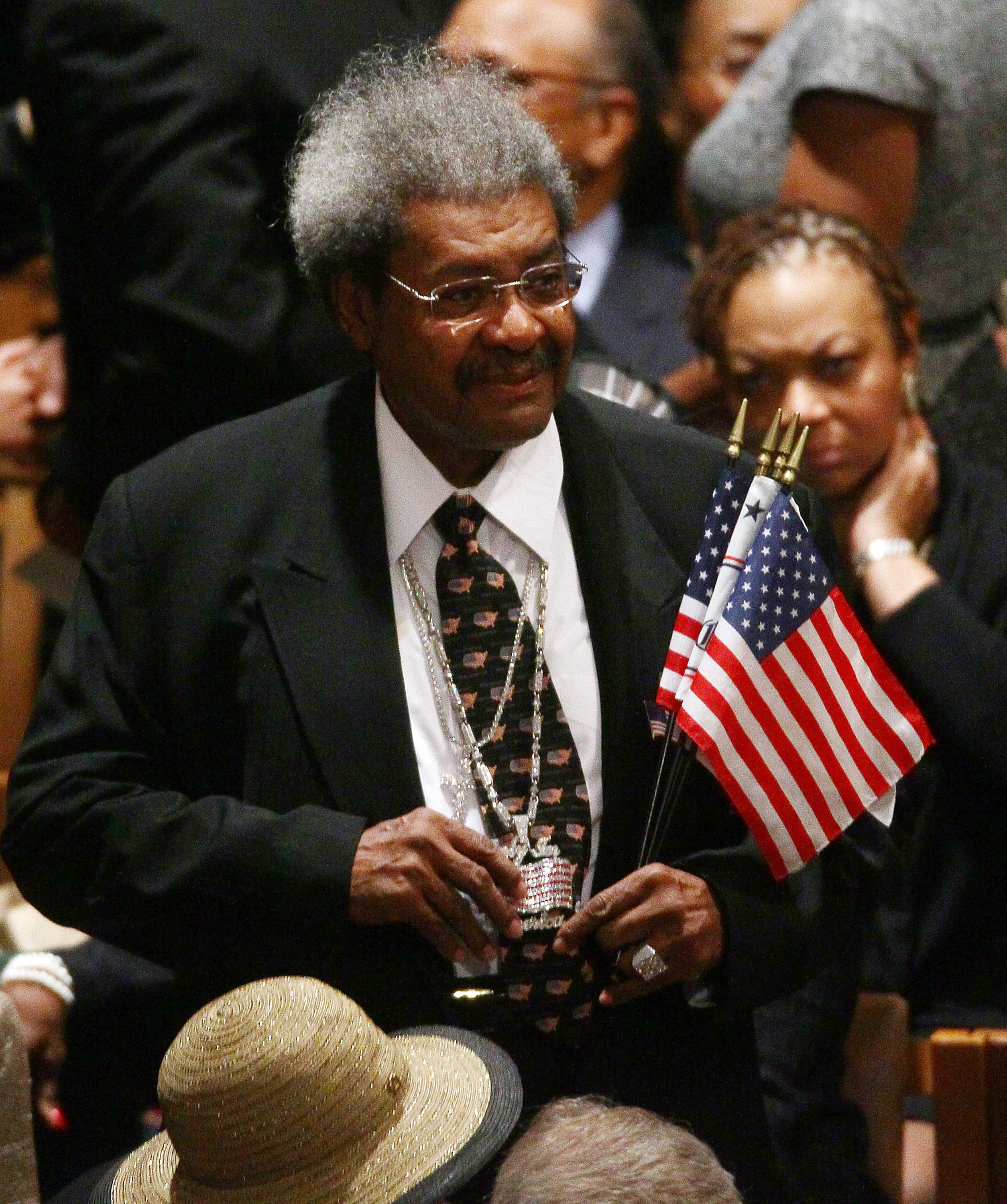 Only in America can a boxing promoter like Don King put together a show for fans to watch.  This isn't a hard thing to do if he can get Floyd Mayweather on board.

They met several times over the last few months.  Floyd knows that there's a lot of money on the table.  King has Mayweather's ear.

The only thing that's left for King is to bring Mayweather in the mix.  King and Bob Arum had good relationships in the past, so both of them can make this superfight happen. 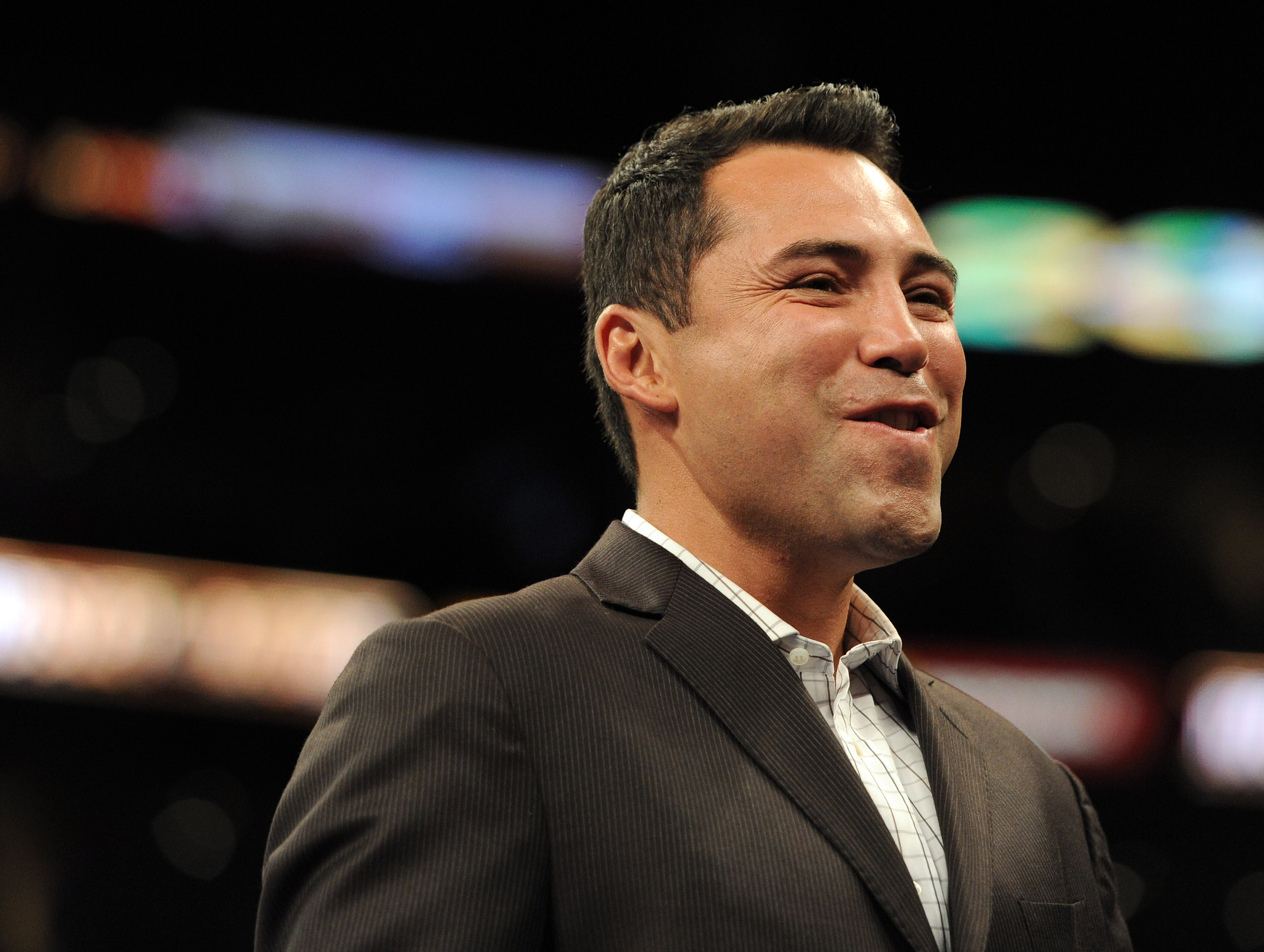 Would you say that there's bad blood between Oscar De La Hoya's company, Golden Boy, and Top Rank?  Of course there is.

De La Hoya recently said that if he was younger, he would beat Manny Pacquiao.  He had his chance in the ring, and he got knocked out.

Golden Boy tried to tie Pacquiao to a deal in the past. It didn't work.  Juan Manuel Marquez is under the Golden Boy Umbrella and would love to fight Pacquiao for a third time in a rubber match.  So would Shane Mosley, another Golden Boy boxer.

It would be a win-win for De La Hoya if he can get some revenge for his loss from Floyd Mayweather, who is part of Golden Boy.  He would make a lot of money off the superfight as well.

So, in this battle of Golden Boy vs. Top Rank, who would win? 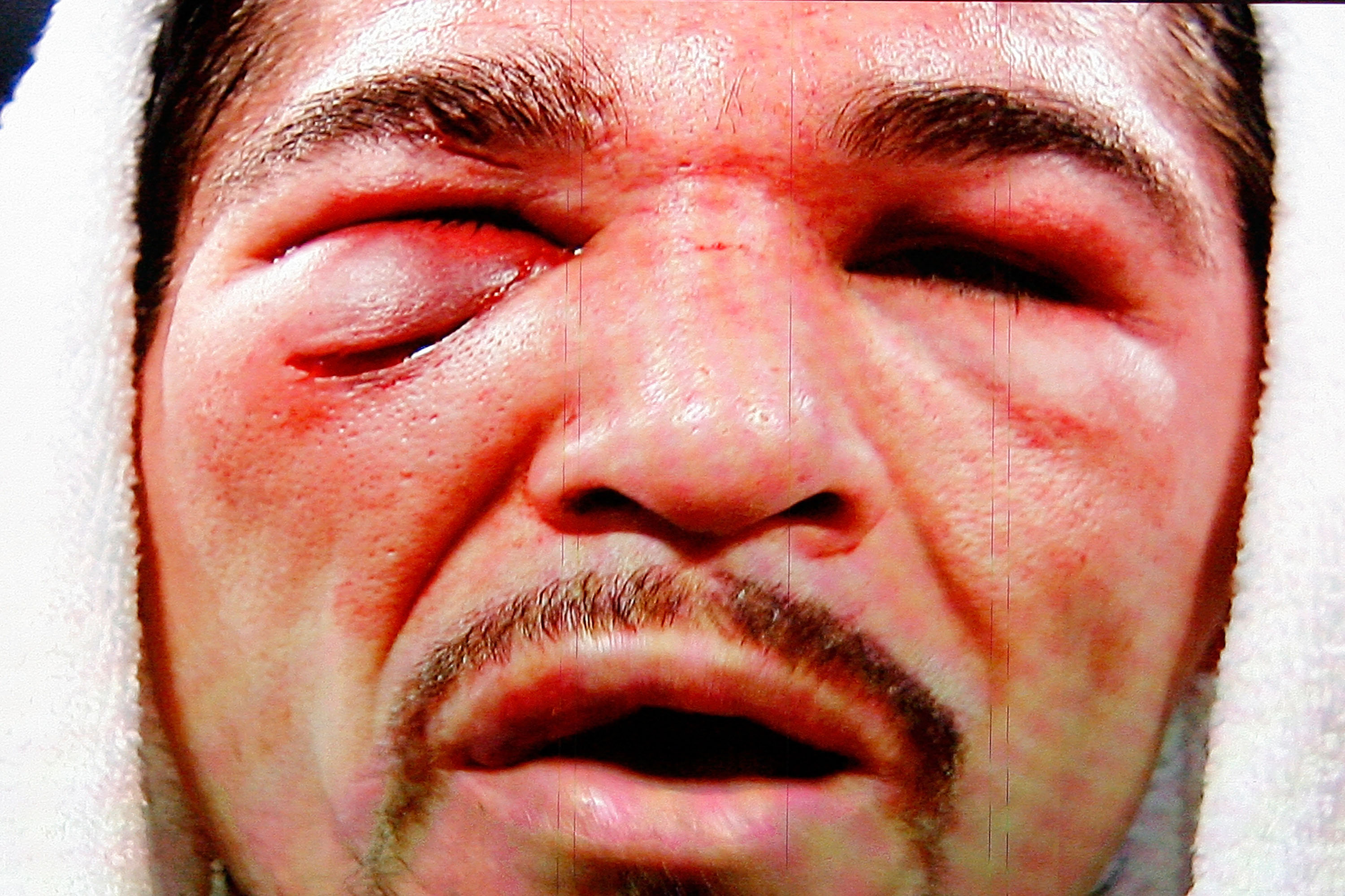 Look at Antonio Margarito.  One look at this image says it all.

All this talk on the 24/7 programs from Margarito meant nothing.  The fast hands of Manny Pacquiao and the power in each of his punches will leave a mark like this on the face.

If Pacquiao were a doctor, he would've stitched up the cut himself. 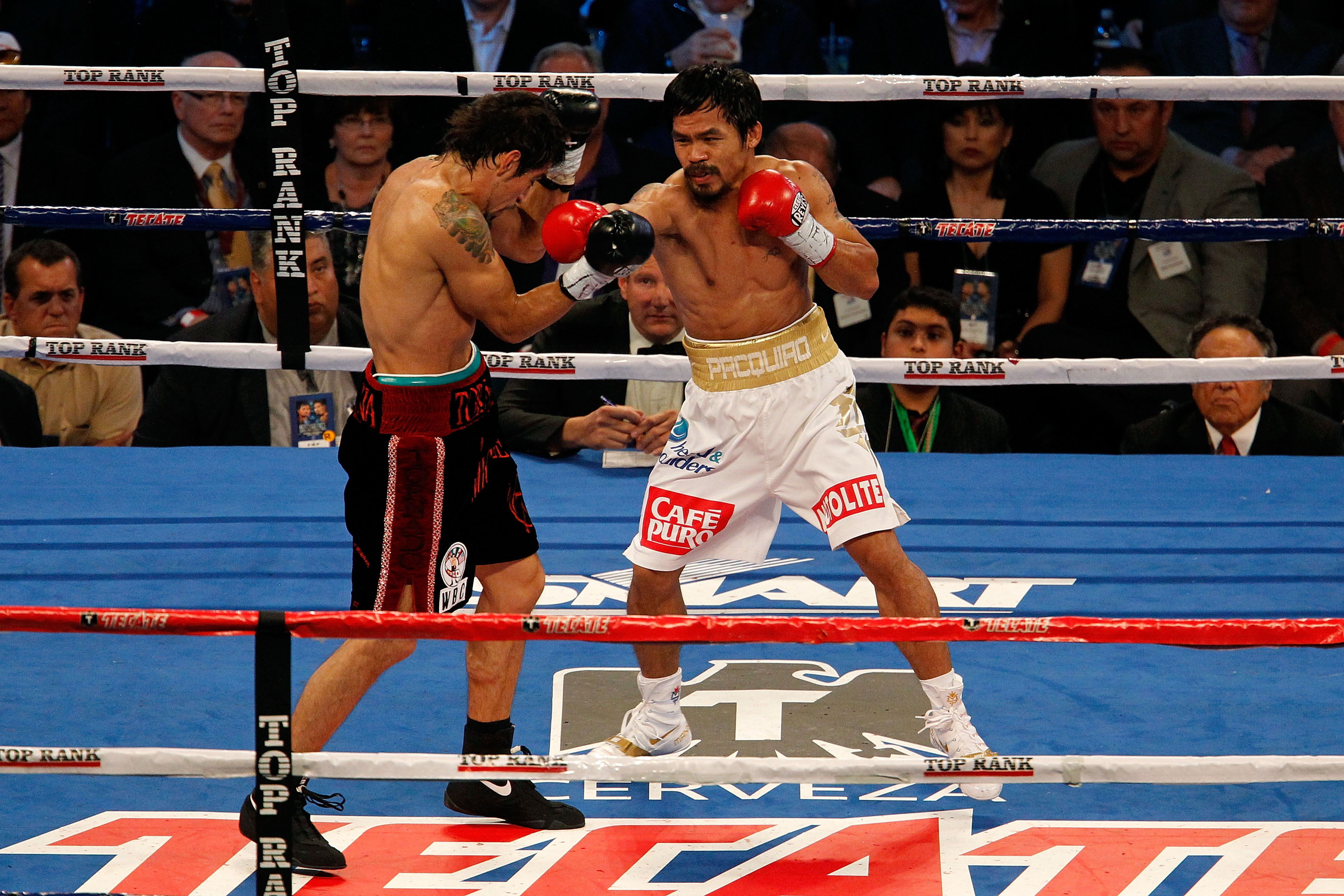 This was the best chance for Antonio Margarito to prove that he belonged in the spotlight again.  Well, so much for that, buddy.

Margarito received the mercy of Manny Pacquiao, who gave him a shot of unseating him.

After Margarito's suspension for an illegal hand wrap, we didn't hear from him for over a year.  To boldly come back to boxing and say that he would beat Pacquiao was an understatement.

Too bad a victory on paper had to be proven in the ring.  All that training by Margarito resulted in being treated like a human punching bag at times by Pacquiao.

There's no rematch in this fight.  Besides, there are other fighters who are waiting in line to fight Pacquiao.

Shane Mosley Will Step Up If Floyd Mayweather Backs Out 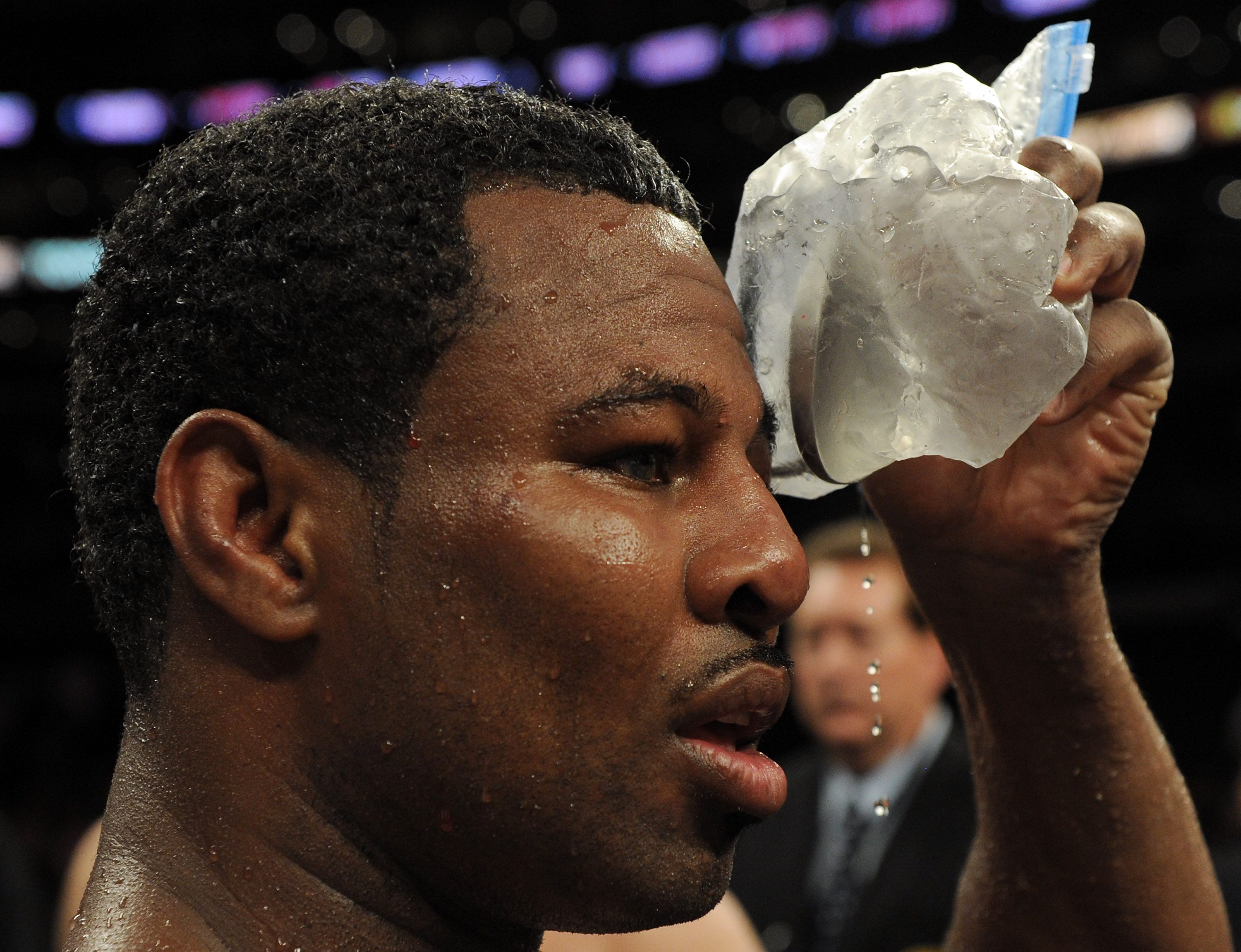 Shane Mosley, the ageless wonder, will step in and fight Manny Pacquiao if Floyd Mayweather backs out.  Mosley wanted to fight Pacquiao, but the timing wasn't right.

We know that Mosley will fight on short notice as he did against Mayweather.  Already training for a fight against Andre Berto that was cancelled, Mosley was ready to fight anybody at that point.

I don't think that Pacquiao wants to fight an old man like Mosley.  It would be like beating up a senior citizen. 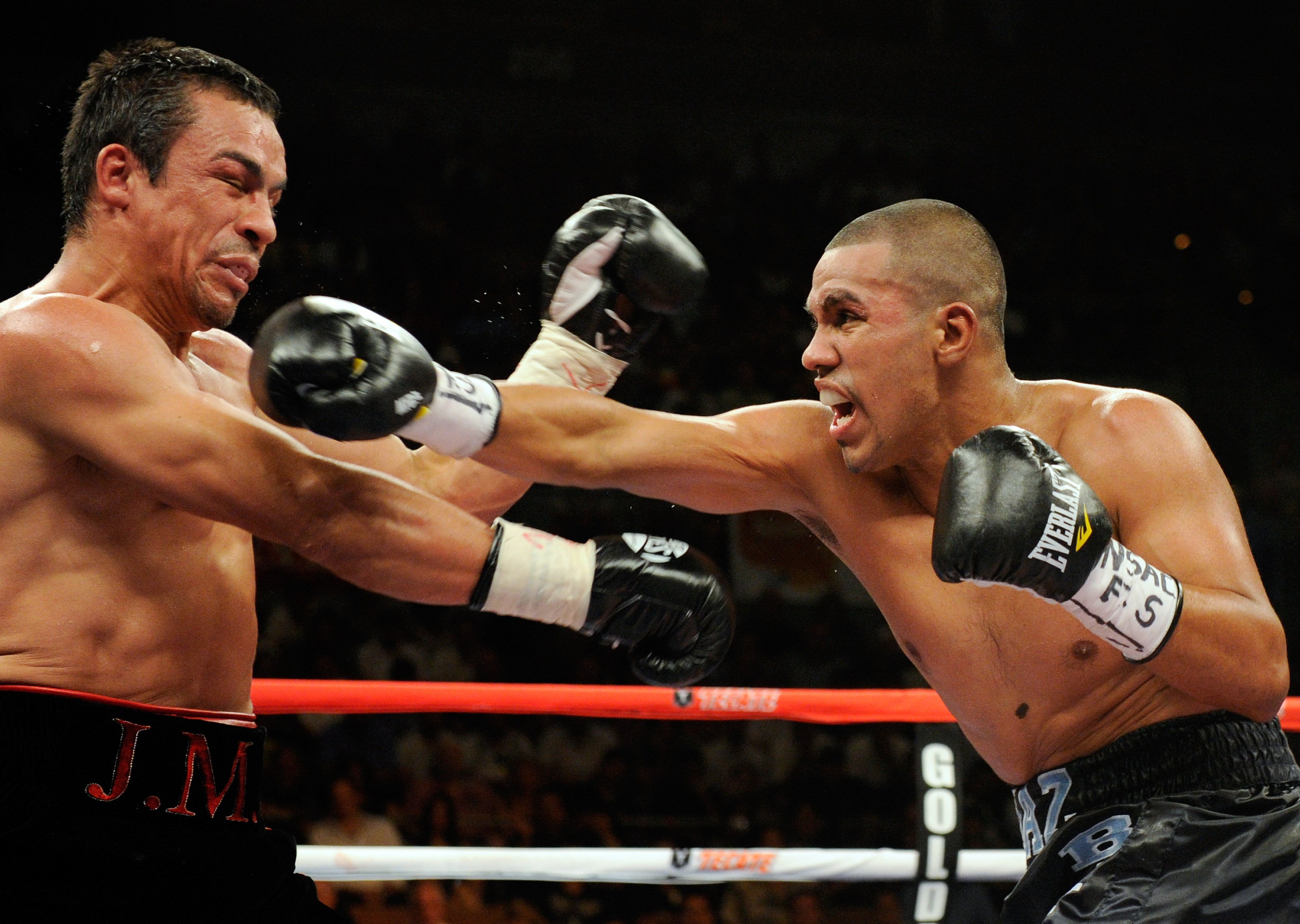 Can anybody say, "Juan Manuel Marquez vs. Manny Pacquiao III?"  I can't see that happening.

They fought twice already.  Marquez thought he won the first fight, which was a draw.  He probably thought the second fight was his, but Pacquiao won a split decision.

So in essence, according to Marquez, he was robbed of two wins.

Since Top Rank, who promotes Pacquiao, and Golden Boy, who represents Marquez, can't get along, this will never happen.  Besides, Pacquiao has had enough of Marquez anyway. 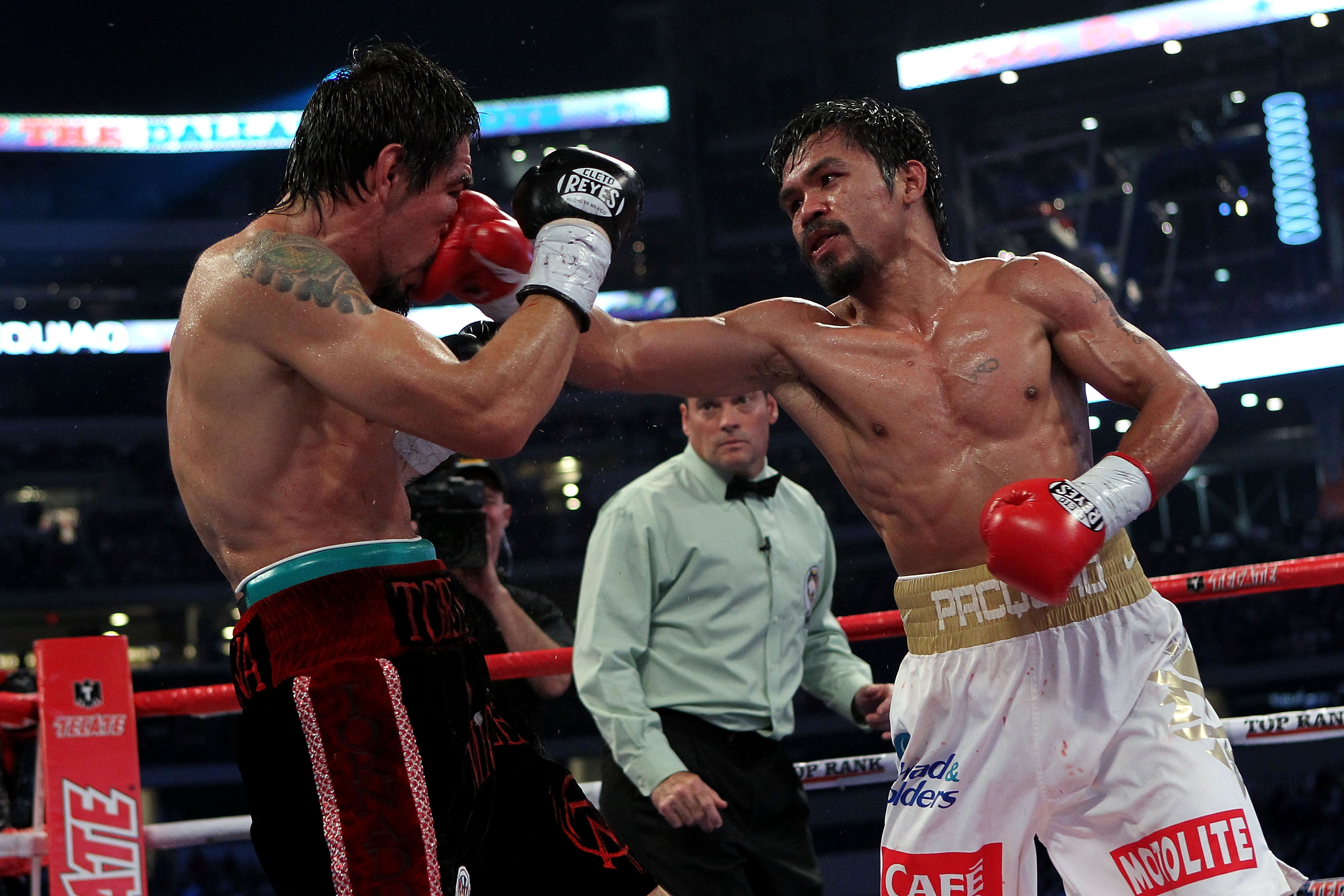 I think there's nothing left for Manny Pacquiao to prove.  He won convincingly over Antonio Margarito.  The only challenge left is with Floyd Mayweather.

How much time will Pacquiao take off?  The answer depends on the response from Mayweather's interest in fighting Pacquiao.

For now, Pacquiao can tend to his government job in the Philippines as a politician.

When the call from his representatives reaches Pacquiao, he will be back in training mode.  If Mayweather lets the time pass by, it was a missed opportunity.

Pacquiao has only one other reason to fight again.  The other fighters who are line to get a piece of him are five years too late.

Freddie Roach Can Ride Off into the Sunset 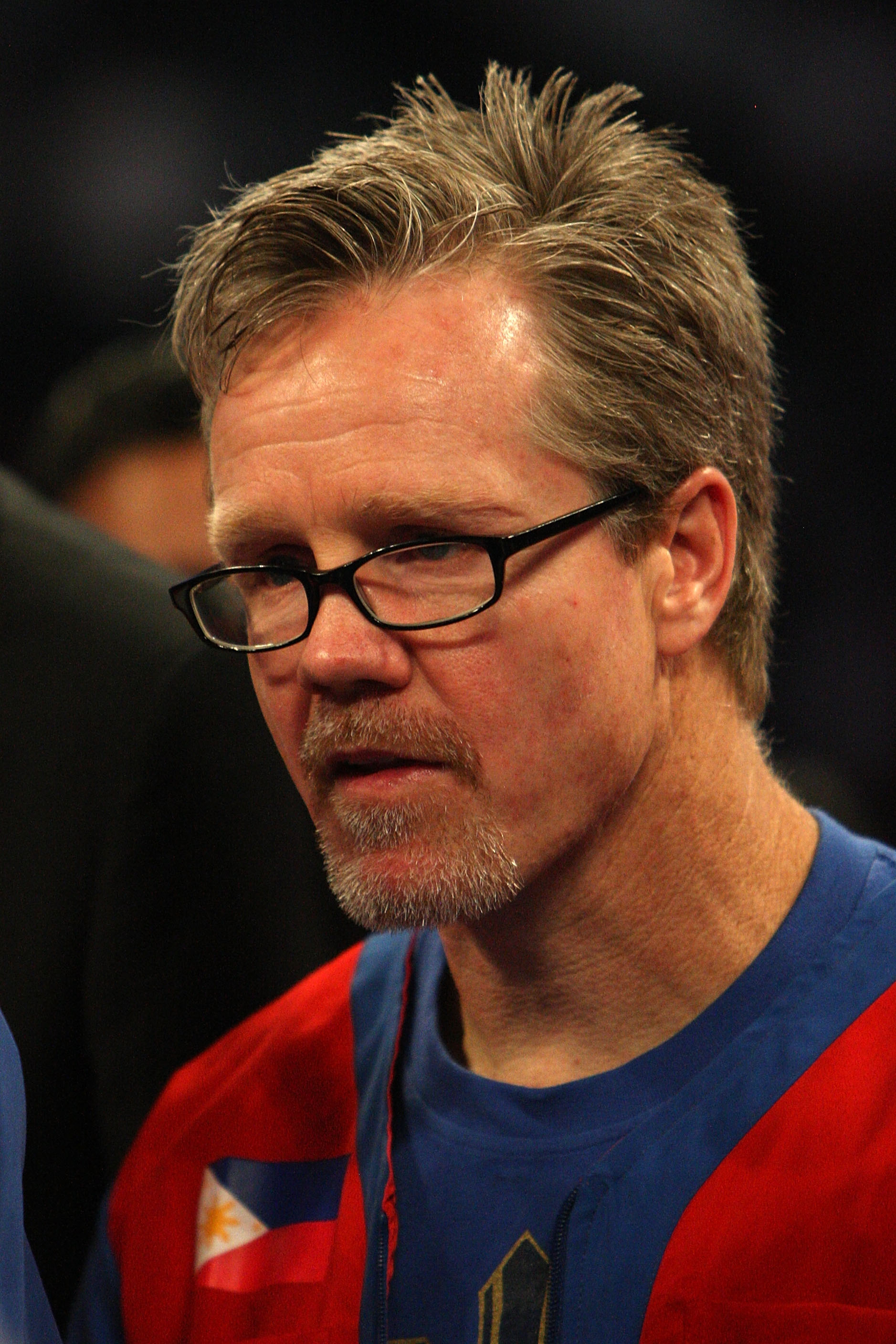 Manny Pacquiao's trainer, Freddie Roach, can rest easy now.  What was he worried about?

He said that Pacquiao didn't fully commit to training for his fight against Antonio Margarito.  If I was a trainer, I'd be worried too.

When it counted the most, Pacquiao came through.  He is one of the very few boxers who can handle distractions and perform under the bright lights on fight night.

Roach can ride off into the sunset for now.  That is, until he's notified that Floyd Mayweather wants to fight Pacquiao.  Then Roach will try to whip Pacquiao into shape for "Money." 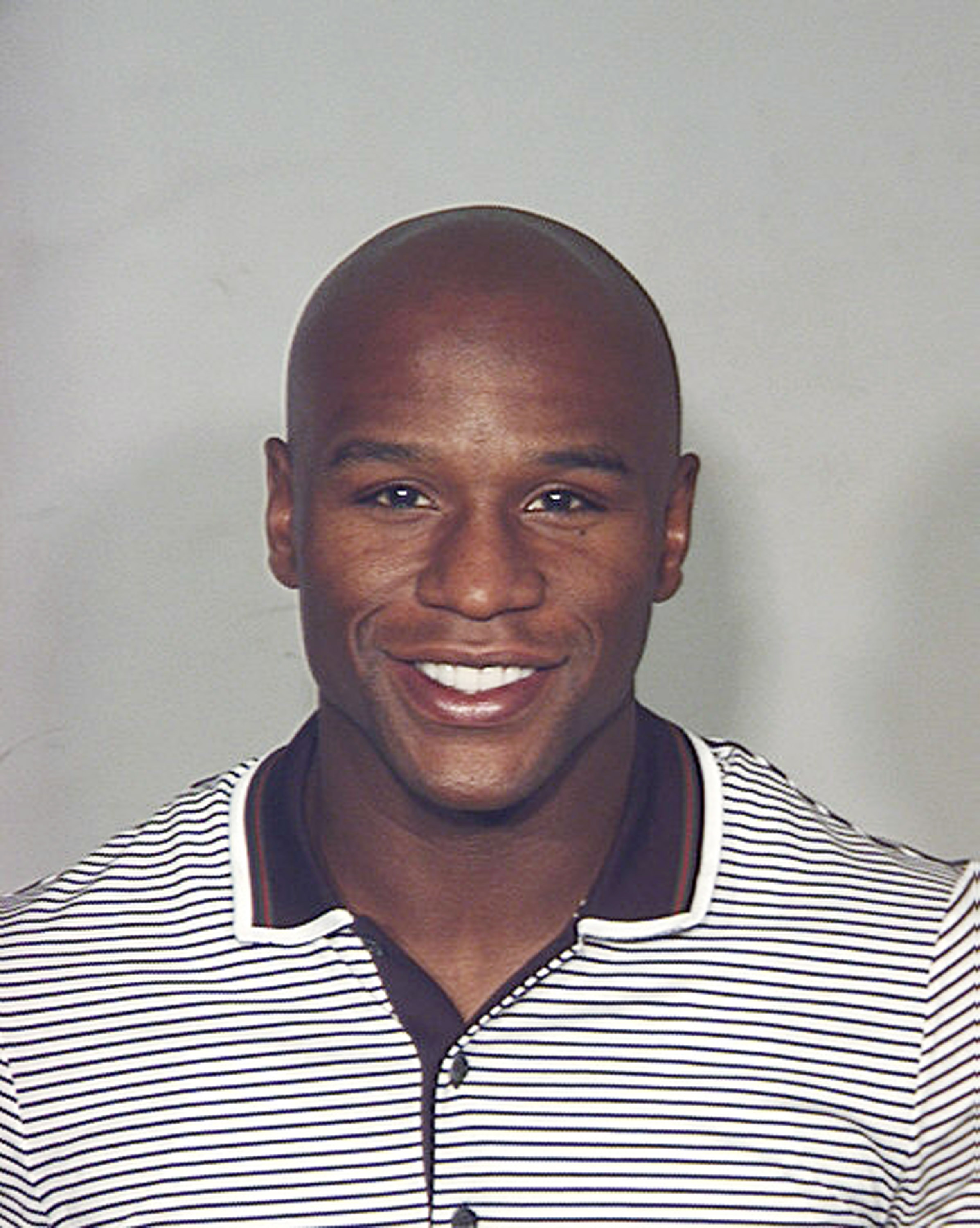 Let's put the facts out there to examine.  Floyd Mayweather is afraid of Manny Pacquiao.

There was Mayweather talking crap about Pacquiao.  Of course, it was behind his back.

After Pacquiao destroyed Antonio Margarito, I think the message was sent.

A look at Margarito's face should remind Mayweather of what his face might look like. Pacquiao didn't respond to the negative comments.

Pacquiao let his actions in the ring against Margarito do the talking.  The Pac Man was on full display for Mayweather to watch on TV, if he watched at all.

There were no marks on Pacquiao's face. He was the pretty boy.  Mayweather calls himself the pretty boy for how few marks are left on his face in past fights.

I'd say let the two pretty boys meet in the ring and settle this talk once and for all.

Unfortunately, I think that Mayweather will back out of this challenge.

We had our pot shots at Mayweather, but they're true.  He ducks from the biggest challenge of his career, so that makes him a chicken.

No, wait.  That would make Mayweather a big coward because he won't put his undefeated record on the line and prove that he's the best out there.