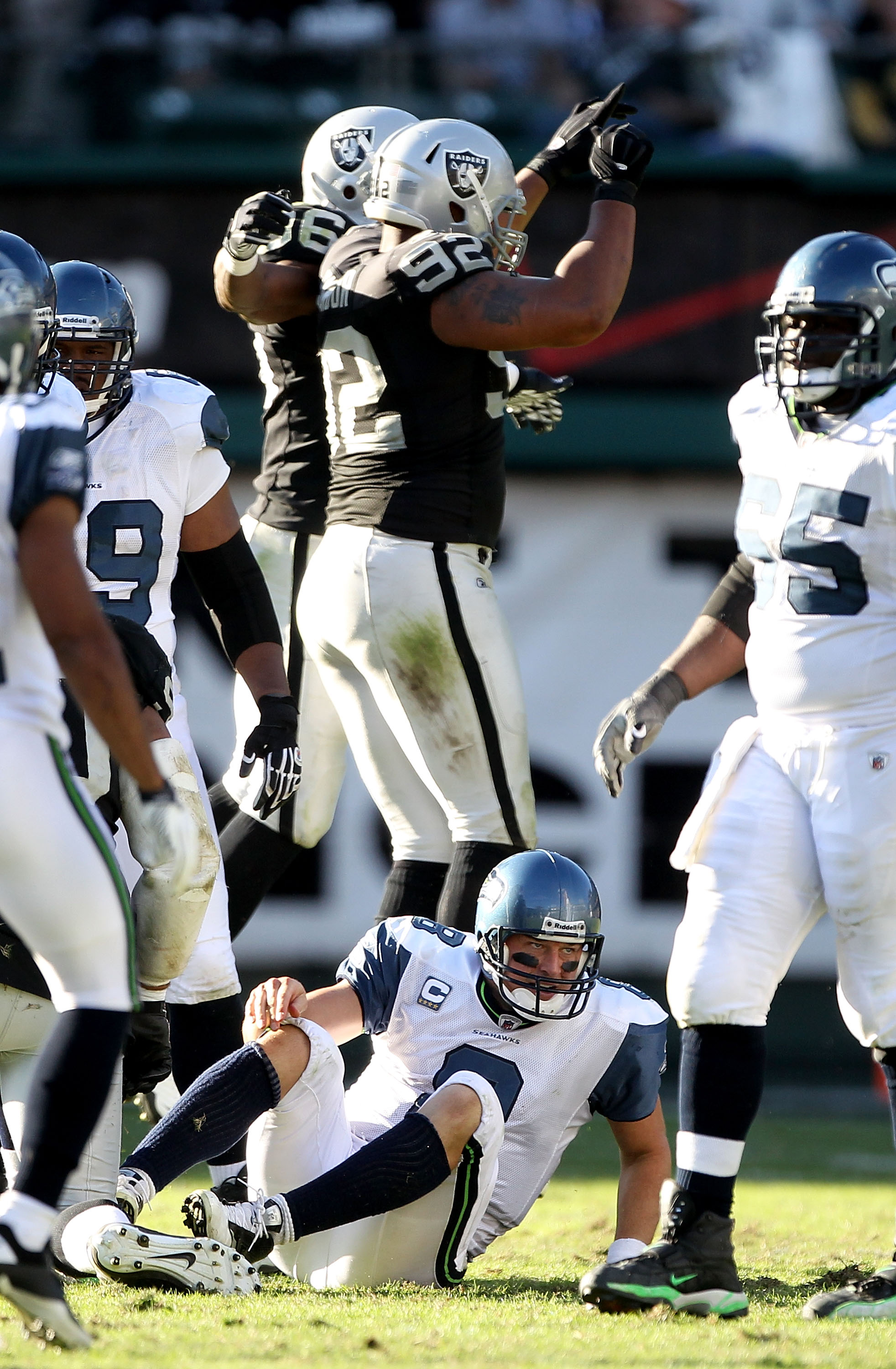 As the AFC debate continuously gathers momentum, the Raiders find themselves in a precarious position.

When they looked at the 2010 schedule, games against Pittsburgh and Indianapolis were circled: Oakland hasn't gotten to that part yet.

As you've read, and heard mention of how surprising the raiders are, this may be a good time for Raider fans across the globe to reflect on what's to come.

Starting with this coming Sunday, Oakland finds themselves in several match-ups that are of epic value.

The underdog card is something Oakland garners, no matter what the circumstances provide.  Stereotypically the league's bottom feeder for the past decade, rival fans are quick to point out that Oakland has the worst record of any team over the past seven years.

What they are leaving out, is that before this recent plight into the abyss, Oakland was the most winning franchise in the NFL.  Even after an abysmal seven years, Oakland still ranks 3rd in NFL franchise wins. 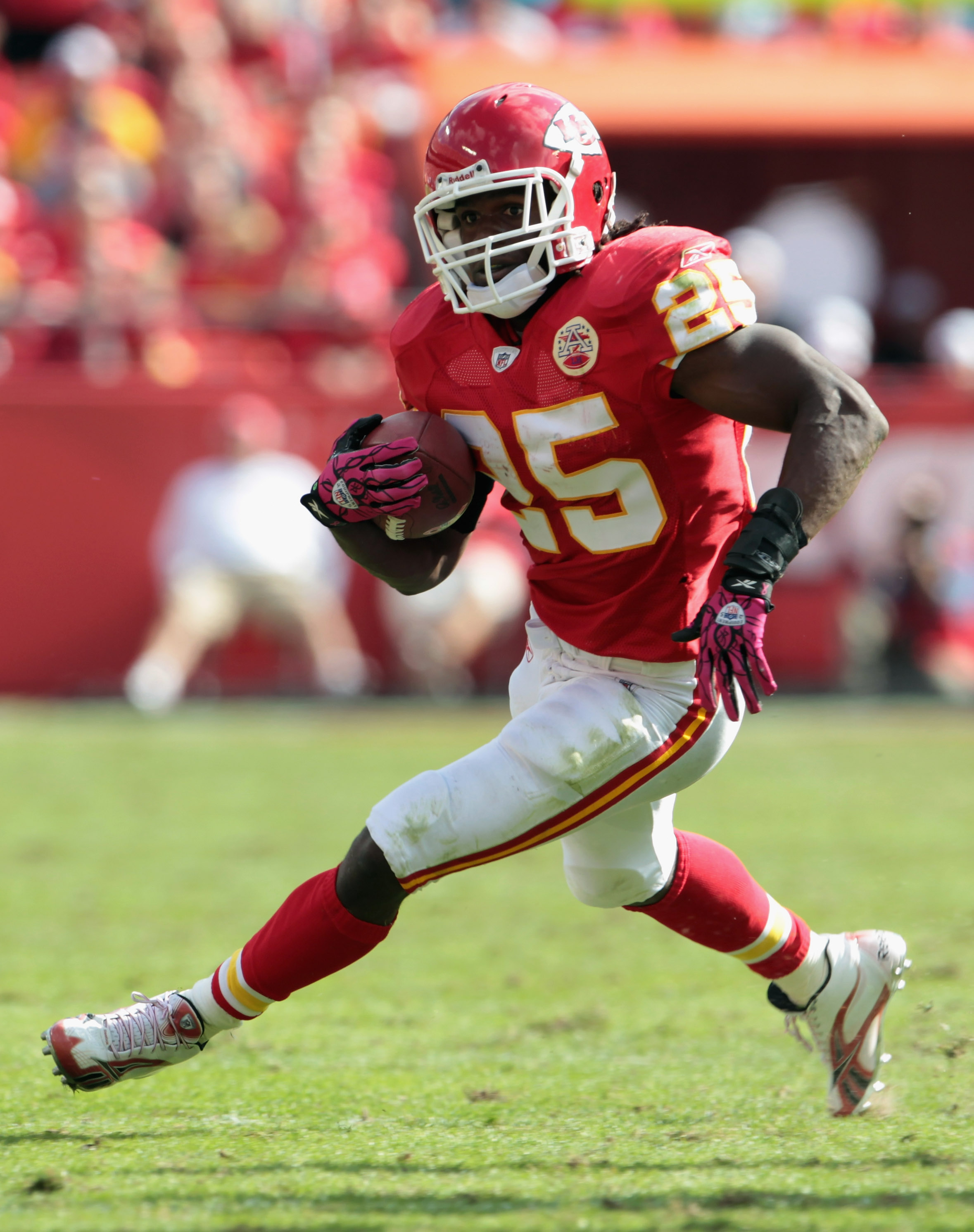 The Chiefs come into this week after a nail-biting finish at home against the Buffalo Bills.  In fact, KC narrowly escaped defeat in overtime, as the Bills missed a mid-range field goal, due partly to the trending ''Ice-the-kicker timeout' directly before the snap.

The Bills however have played exceptional over the last two weeks, going toe-to-toe, and into overtime with both Baltimore and KC.  Both of these were on the road, in hostile environments.

Jamaal Charles and Thomas Jones are similar to Oakland's tandem, Michael Bush and Darren McFadden in some aspects; however, they are much different in most.  Bush and Jones are power backs, but Jones has more finesse, and can hit the gas pedal when he needs to.  Bush is more of a bruiser, and runs people over for a living.  Not a whole lot of pretty play for Michael, although his catch and run after a tipped ball last week was pretty impressive.

McFadden and Charles are both the speedster, screen options for their teams.  What McFadden lacks in speed, he makes up for with strength.  Charles lacks nothing in quickness, and to counter McFadden's strength, Jamaal Charles relies on quick, decisive cuts to spring him into the secondary.

Nnamdi Asomugha is out for the Raiders, and you can bet, KC is already game-planning on how to expose Oakland's secondary.

Dexter McCluster will sit out for the Chiefs, which will be a relief for Michael Huff in film sessions this week.  In fact, I consider McCluster such a game changer, especially against a 'no Nnamdi' Raider D, that if he were to play, I'd pick this game to end a little differently.

The Raiders are coming off two gigantic wins, and perhaps more impressively, have kept the point difference in their four losses to a minimum.

Kansas City has played Indianapolis and Houston as tough as nails.  With Brandon Flowers back in the mix in the KC secondary, they will look to improve on a under-rated defense.

The Raiders will need to win the turnover battle, and will have to force Cassel to move around, and force passes.  The matchup on Dwayne Bowe will be crucial for Oakland's success. 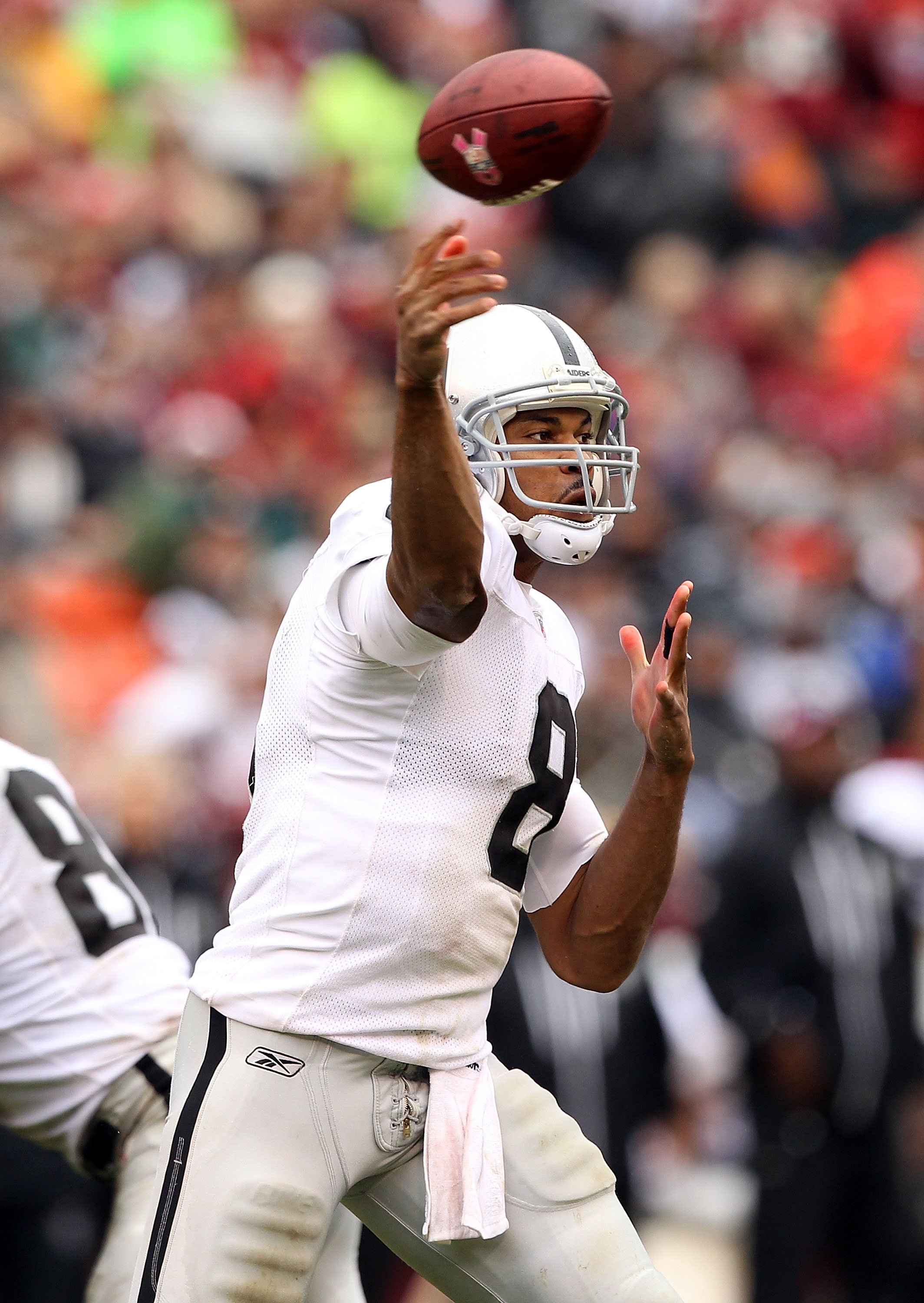 Oakland couldn't face their bye week at a better time.

Fresh off a hard knock game against the Chiefs, Oakland will need both weeks to gather themselves, or Week 10 will come in form as a steel curtain.

During the bye, we hope to gain CB's Chris Johnson and Nnamdi Asomugah back from injury.  It's paramount that Oakland can heal themselves before the schedule gets exponentially more tough. 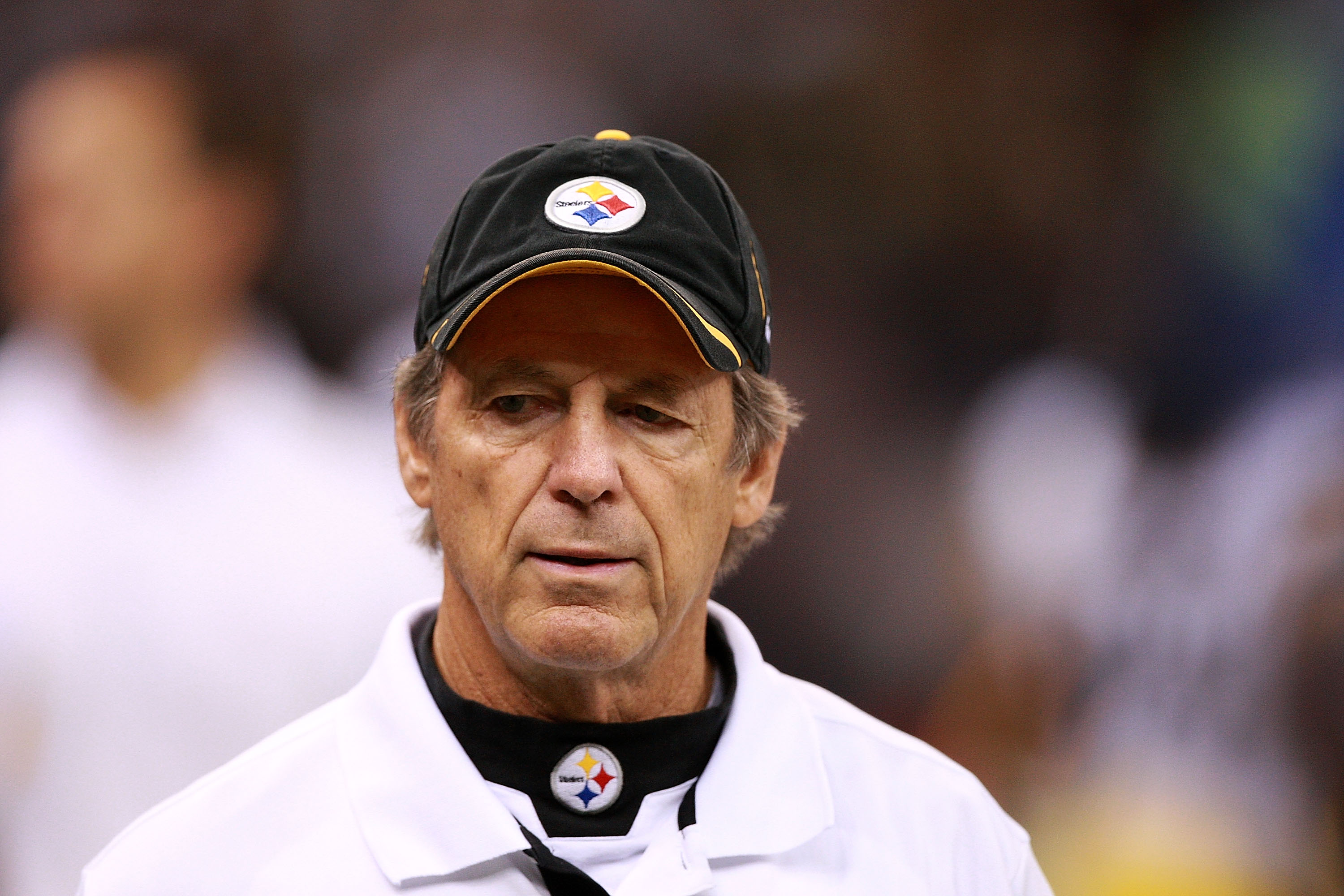 The last time Oakland came to Pittsburgh to face Dick Labeau and the Steel Curtain defense, Gradkowski was able to find a way to win.  Don't believe for a second that the Steelers defensive coordinator has forgotten.

The only thing Oakland has to their advantage while traveling to a hostile environment, is that Pittsburgh faces the Patriots in Week 10.

This could be good or bad: The way I look at it, if the Steelers lose, then the Raiders are in some serious trouble with Pittsburgh angry, and coming back for a home game.  If they win, Oakland may have a chance to knock them down a peg.  You don't want to play against an angry James Harrison...as if he isn't always angry.

Pittsburgh has their leader back, and Big Ben is getting back into the groove. Rashard Mendenhall continues his dominating play, the Steelers defense is in full swing, and they will have the terrible towels swinging in a loud and noisy atmosphere.

For sake of comparisons, Oakland has a better running attack, and for that matter, a more productive offense.  However, offense will not be part of this discussion.  Campbell will have to play smart, and against a blitzing 49er defense earlier this season, he didn't exactly prove himself as good under pressure.

It pains me to say this, and lord knows I will be praying for an 'upset', but the Steelers defense at home is hard to rally against.  If Campbell plays flawless, then Oakland can win.  However, quarterbacks rarely play flawless in Pittsburgh.  Who knows, maybe Bruce Gradkowski gets the nod.

In either case, it's a battle of field goals, and the Steelers pull a lucky one off: 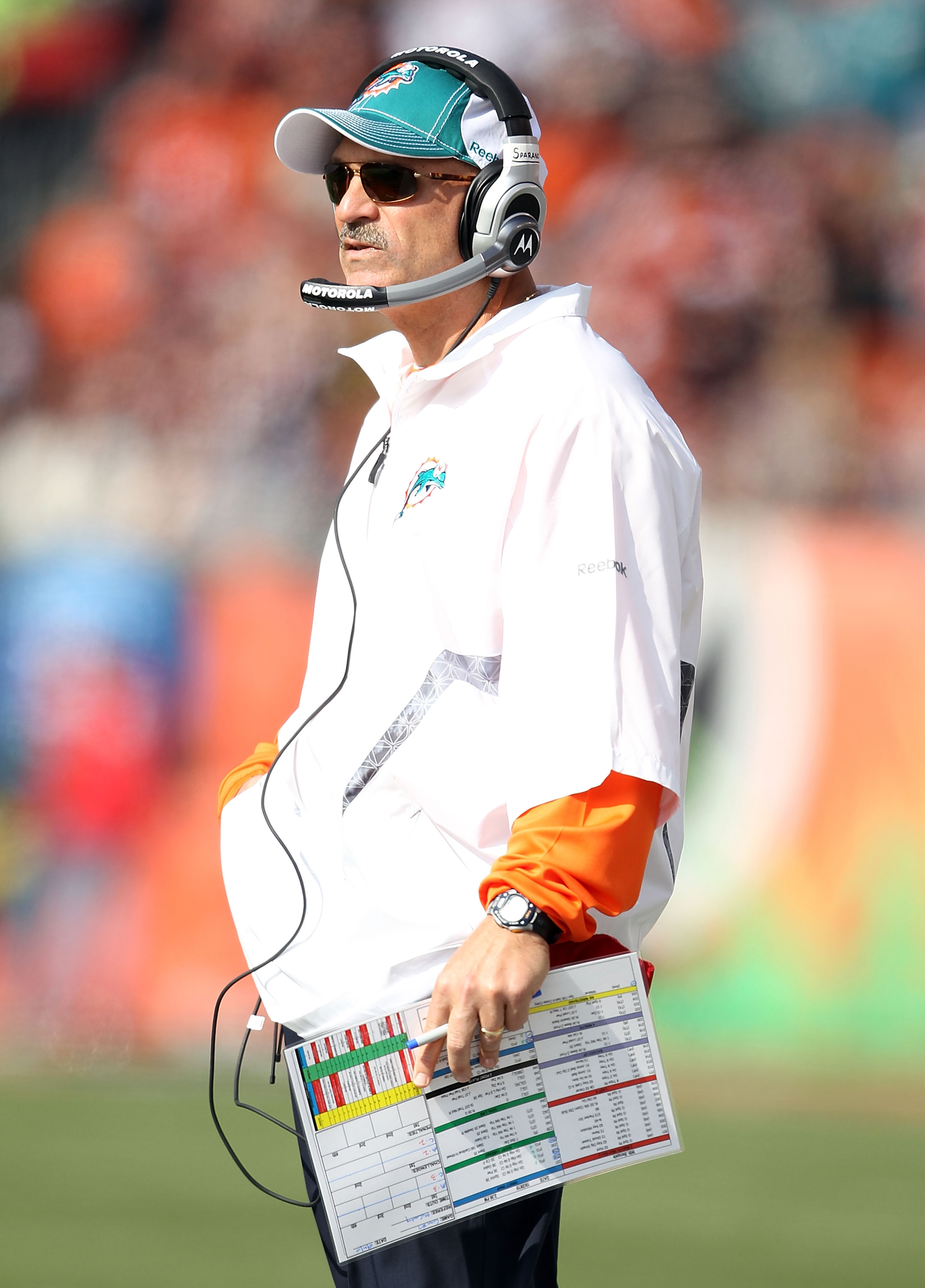 The Miami Dolphins and Tony Sporano are undefeated, (4-0), on the road.

In reverse, they are also winless at home.

What that translates to, is inconsistency.  They deserve not to be rammed into the ground for not winning at home, because keep in mind, they hosted back to back Monday night games with the Patriots, and NY Jets.

Another dual threat squad who uses the direct snap more then any other team in the league.  This could work to the Raiders advantage, as they typically have been decent against known run formations. However, with some trickery, Oakland could be in a world of hurt.

Health will be of paramount concern for the Raiders: Brandon Marshall and Davone Bess are no push-overs.  If Henne has all day to throw, Oakland will find themselves chasing after the two wide-outs all day long.

Miami has played lights out on the road, and will continue to do so.  The Raiders have the ability to set the tempo, which might make the difference between winning and getting blown out.

Oakland bolsters a speedster of their own in DHB; Payback will be in order when facing 49er tight end Vernon Davis' brother, Vontae Davis.  He will most likely line up on Heyward-Bey.

After a solid outing in Pittsburgh, Janikowski helps seal the deal in Oakland: Raiders squish the fish. 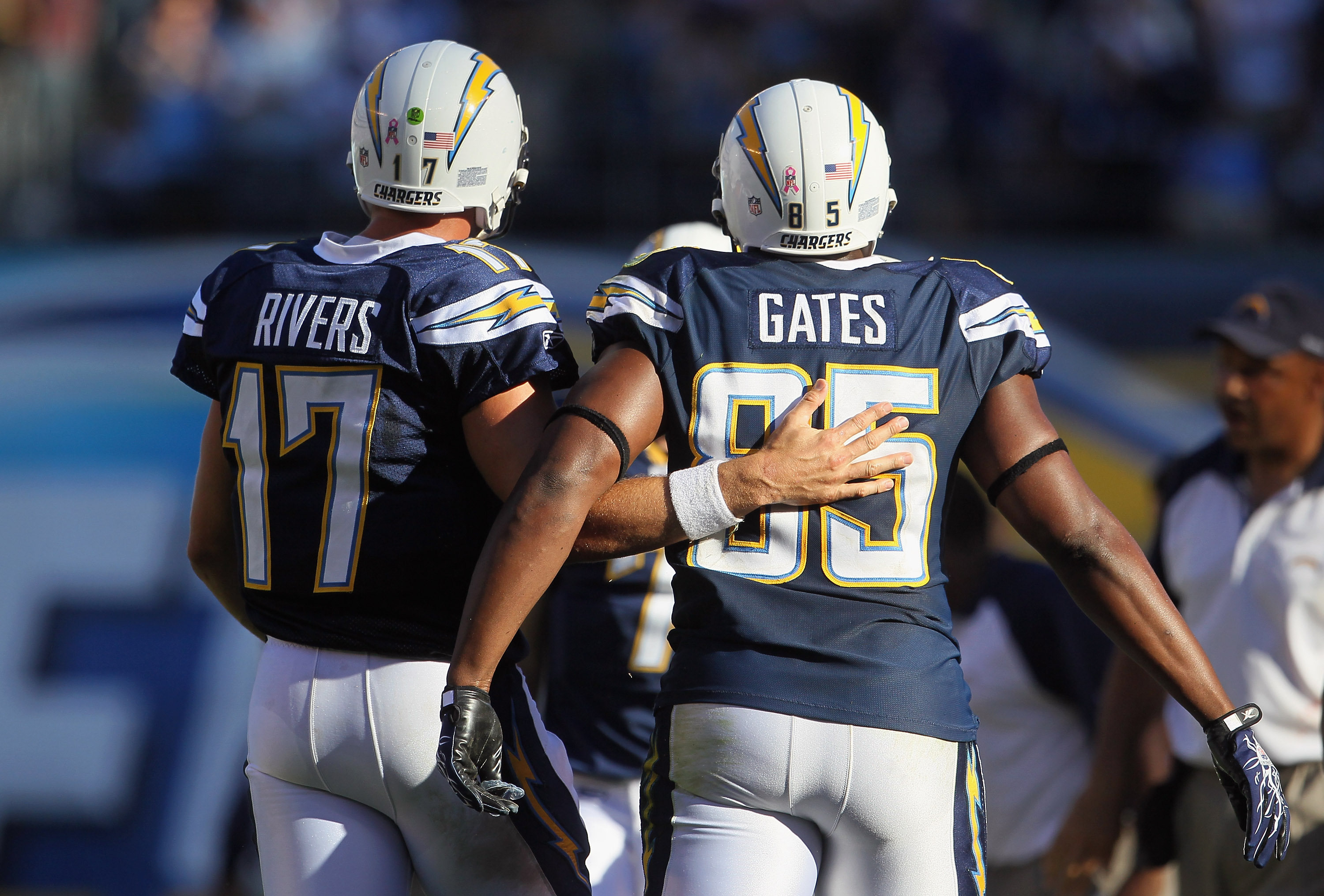 After a compelling win against Tennessee, Philip Rivers and his top ranked offense are on the move. Just another slow start for Norv Turner, but nothing that can't be fixed, come playoff time.

San Diego is a different look team on defense.  They can't stop much, but they can have a shoot out and still win on the scoreboard.  San Diego's special teams is also atrocious, essentially the reason why Oakland was able to end their losing streak to the Chargers.

Ryan Mathews is starting to realize his own potential; The running game is the lacking factor in a pass driven offense. Sproles has been figured out, and injuries have plagued their one-time stars.  By this point, the Chargers should return Malcolm Floyd, and Vincent Jackson might hear his name called.

Oakland will be coming off a huge moral boosting win at home against Miami, and will continue their play in San Diego.  McFadden runs wild, catching for 50+ yards, and the Oakland defense tightens up just enough to win. 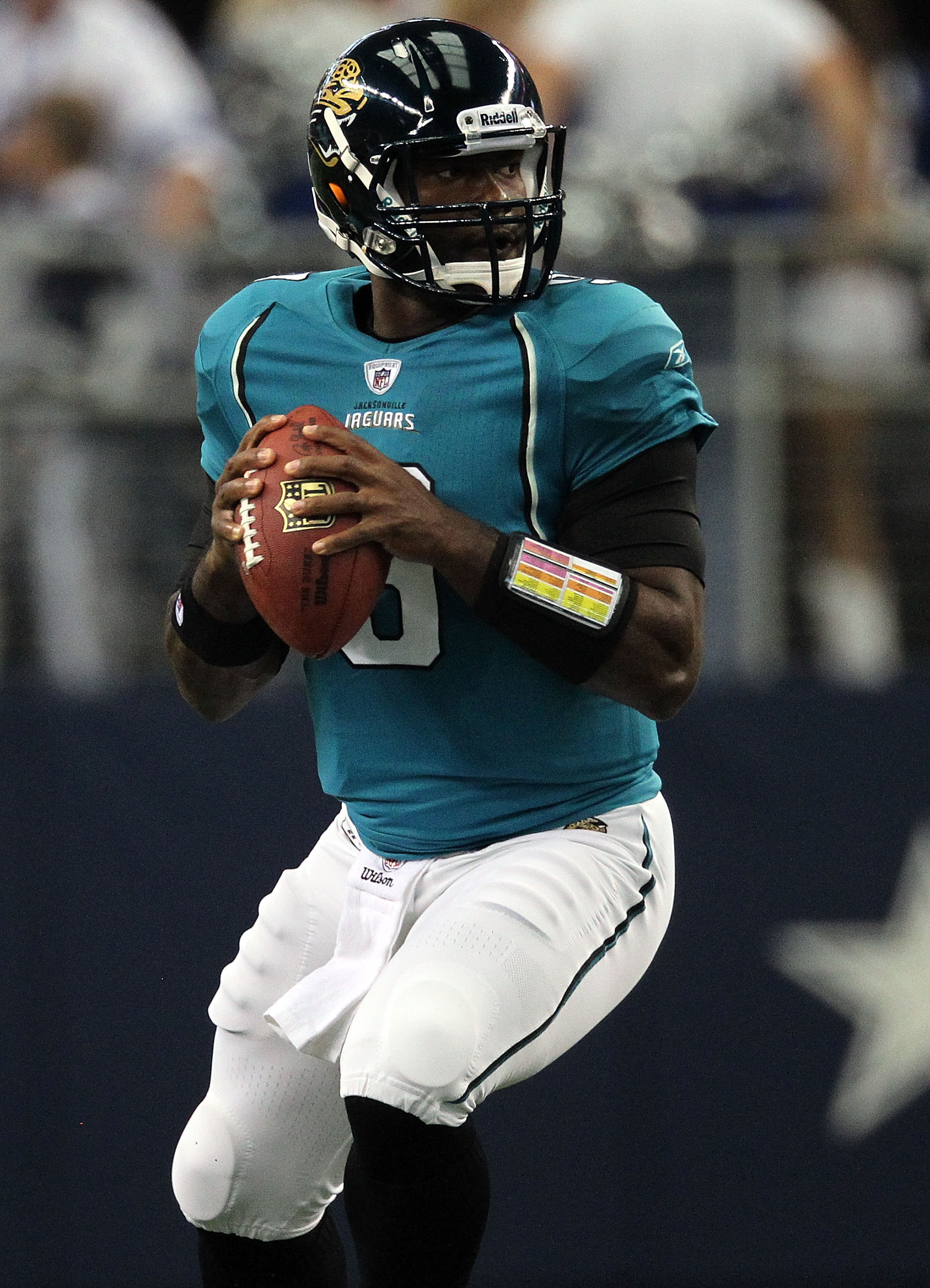 The Jags seem to have found a solution to an awful start.

With Garrard back in the saddle, Jacksonville suddenly looks like a contending team. That is if Mike Sims-Walker decides he wants to be part of the game plan.

Maurice Jones-Drew has been flying so low on the radar, that teams are forgetting about his productivity. He has the ability to change the game with one run.

Kirk Morrison will square off with his beloved former Raiders, so look for some added intensity on his part. Rolando McClain will plan on showing off his resume, perhaps infuriating the one time Raider defensive shot-caller.

Oakland traditionally plays down to their opponent, but this season, the Raiders look like they have the finishing power.  No surprises here, as I see Oakland winning handily. 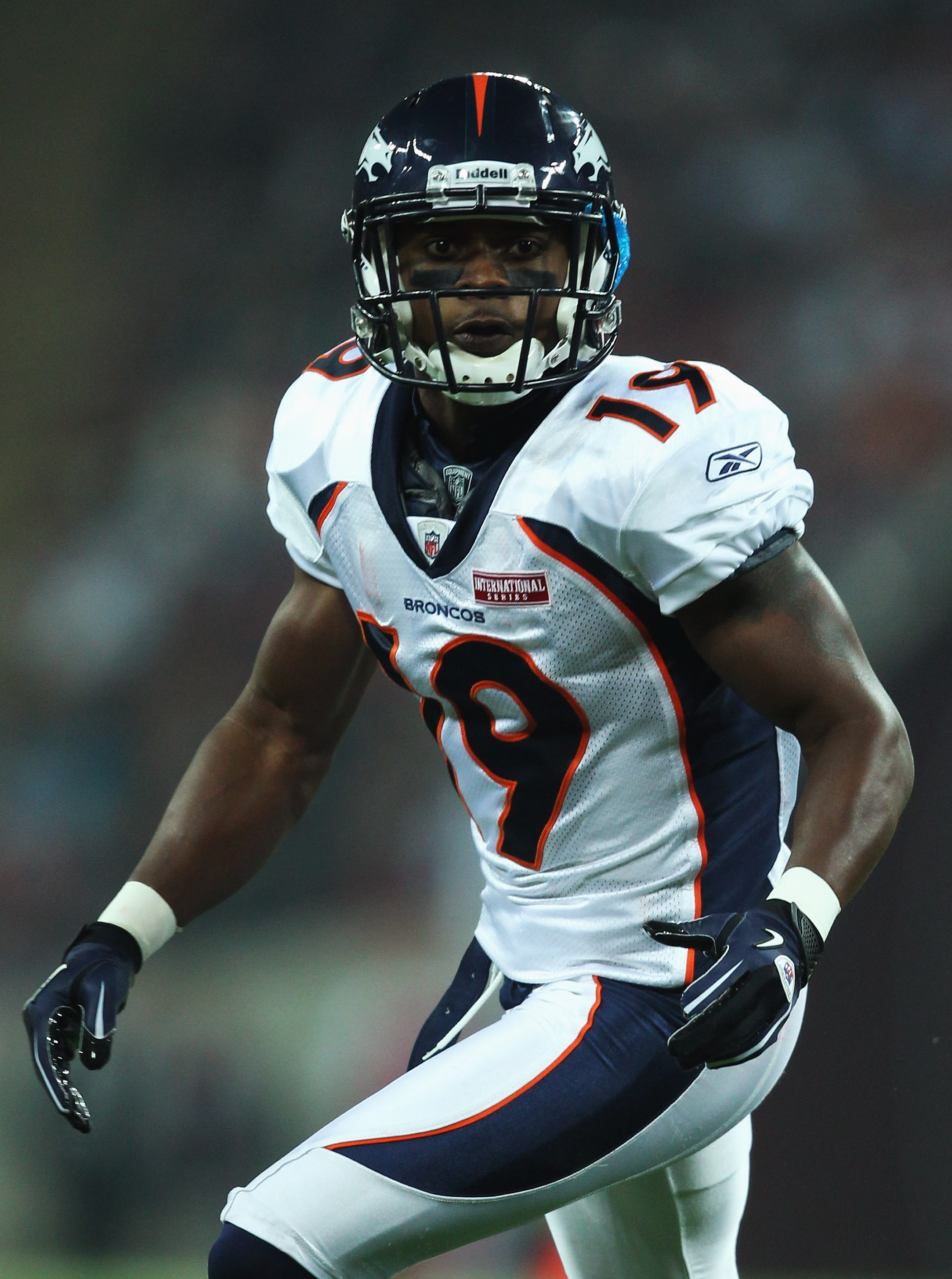 Furious at what transpired on home turf, Denver will be looking for revenge.

This is tough to predict: Kyle Orton hasn't exactly been playing horrible, even though Denver has dropped four straight. I see them turning it around at mid-season, and finishing off in pursuit of Oakland and KC.

RB Knowshon Moreno has been deathly quiet. An emergence from him in Week 15 can be expected, as Denver has some blueprints to work from, concerning Oakland's defense.

WRs Eddie Royal and Jabar Gaffney are two speedy wide outs who strike fear in teams with iffy corner back play. Chris Johnson will have to be on his horse, as Royal is in mid gallop before he even starts sprinting.

Oakland repeats history, and sweeps the series with the Broncos. 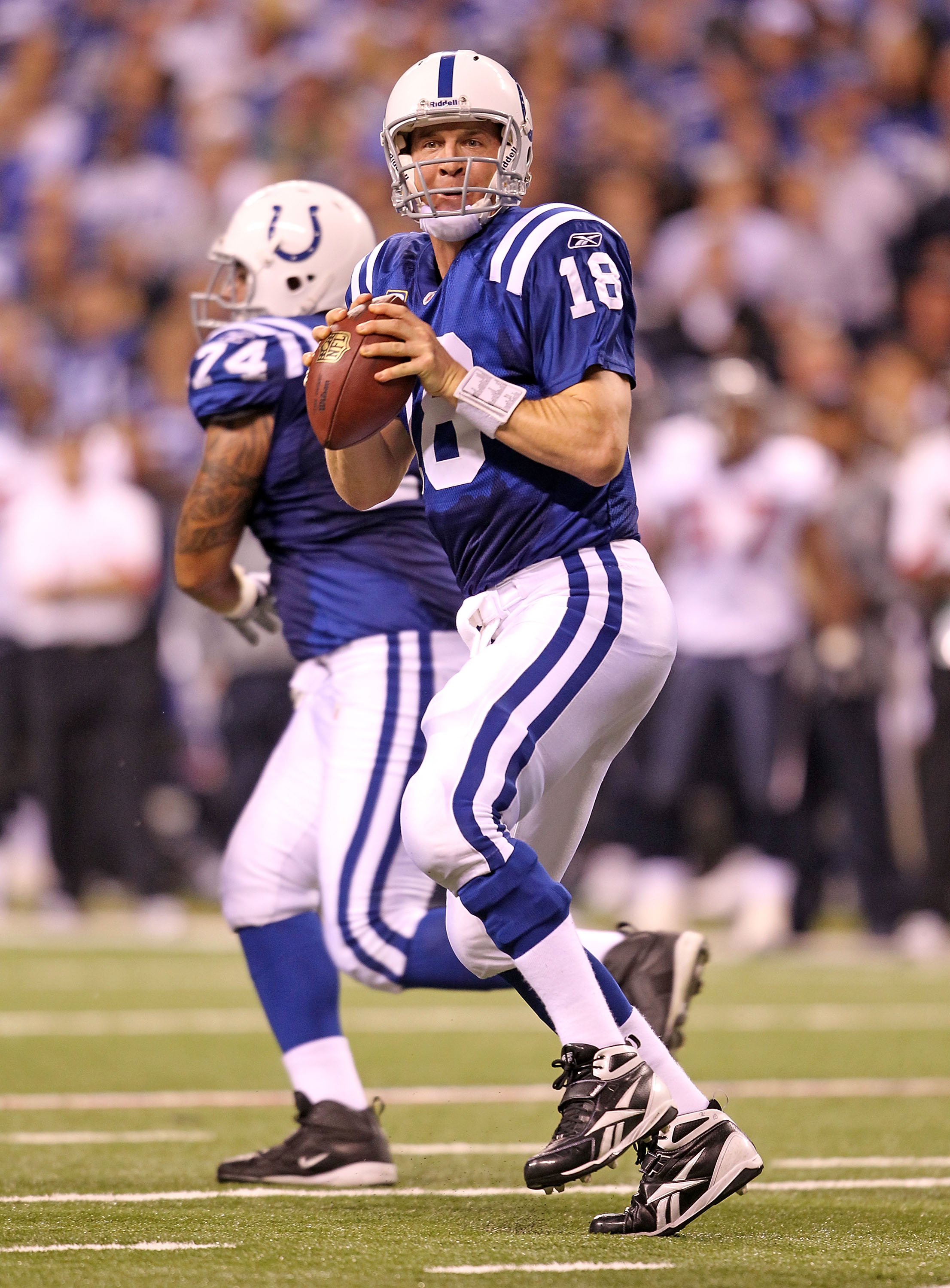 I don't know what you expect for me to put here about the Colts.  I figure it's all given at this point: Peyton Manning is the best, Reggie Wayne and whoever else decides to line-up at wide receiver always run crisp routes, and Indy's defense looks in tip-top shape.

Oakland has done this before.  They beat teams they "shouldn't", and play at the rate of their opponents. In this case, the Raiders will up their game to compete with Peyton and company.

Now, before your out of your chair yelling 'The raiders win five straight?!?...That's ridiculous!', keep in mind that since 2003, every season has been ridiculous for Oakland.  No one thought that two of their wins last year would be against McNabb and the Eagles, and the Steelers in Pittsburgh.  Crazier things have happened in sports.

Oakland brings non-stop pressure, forcing Manning to get frustrated, and make a few turnovers.  This game will have playoff implications written all over it, and Kansas City will be watching closely to how the Raiders fare. 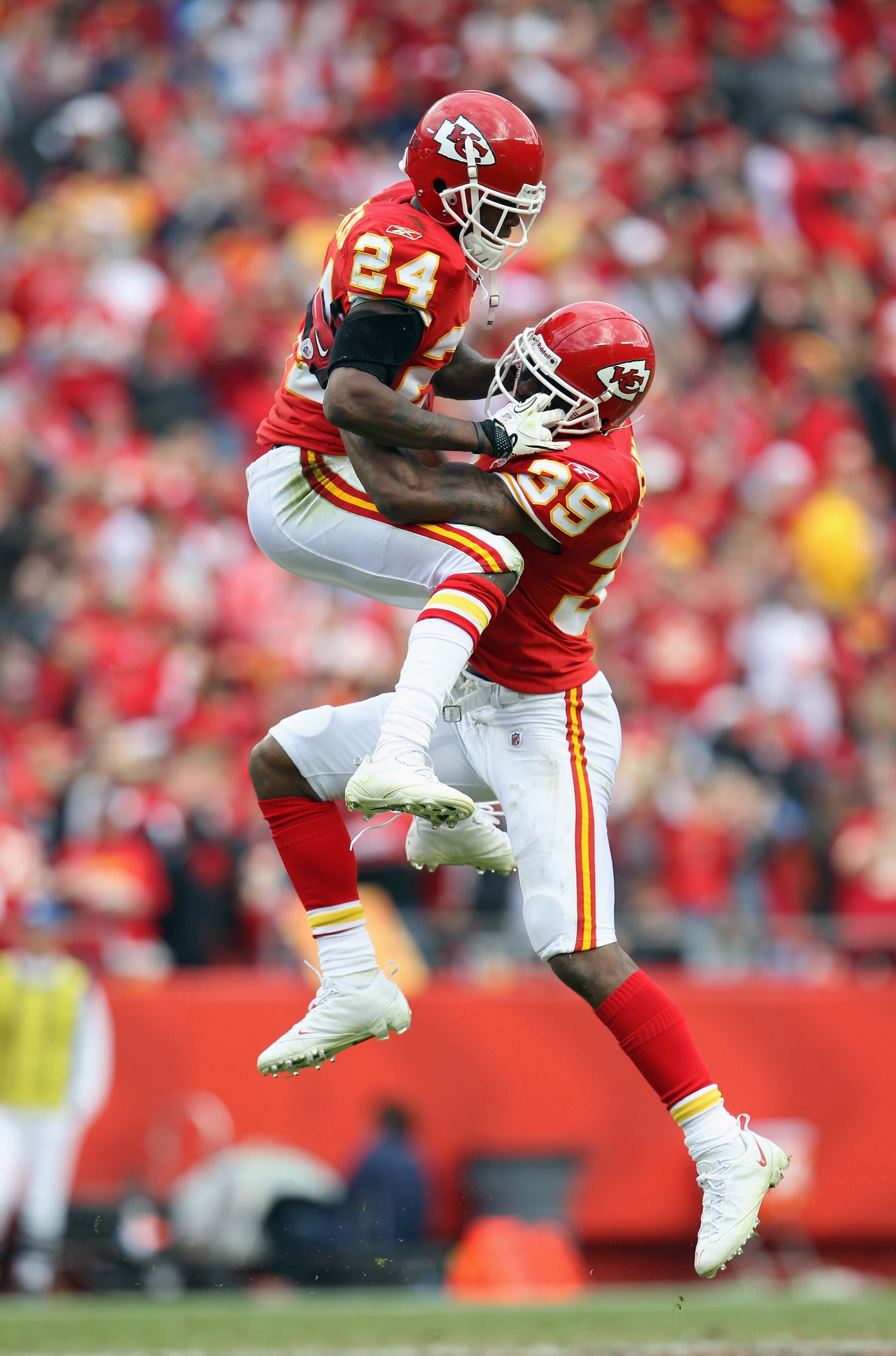 Here's where things get dicey for Oakland:

It will come down to the tie-breaker for these two.

There's no easy way to say it: Kansas City gets the best of Oakland in Arrowhead.  Oakland plays with some mistakes, and can't get their sixth straight victory.

Both teams tie at 10-6, but Oakland takes the AFC West with a 5-1 divisional record.

It's highly probable that KC runs the division table as well, finishing at 5-1. Oakland fans; just hope KC drops a game in the west from now until Week 17