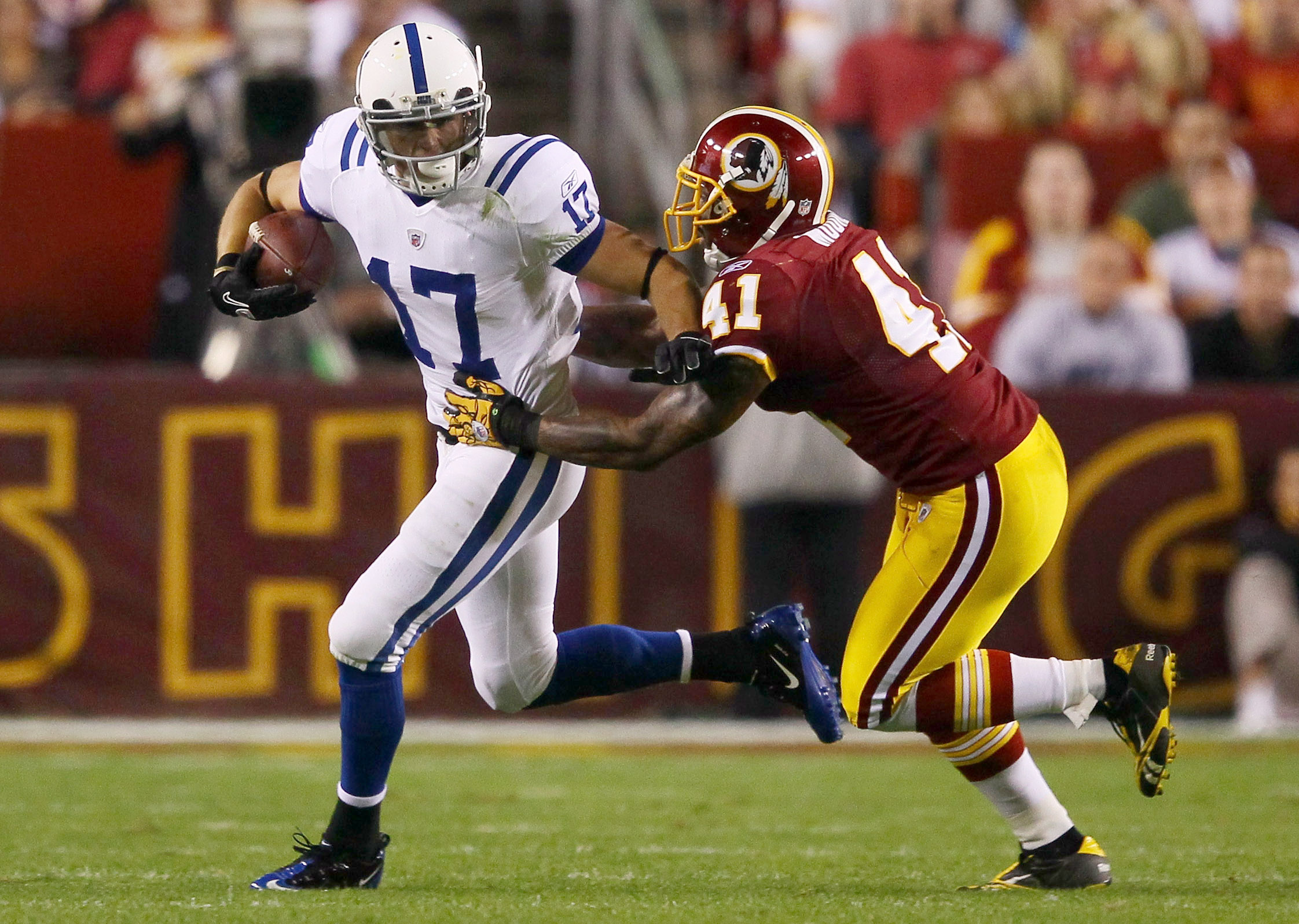 NFL Week 8 injury updates are here and ready for viewing.

Whether you're a fantasy football owner, looking for news on an injured player.

Or, just a football fan trying to see if your favorite player will be out on the field this weekend, you've come to the right place.

Here's the latest on Brett Favre, Reggie Bush, Joseph Addai and some of the NFL's biggest names. 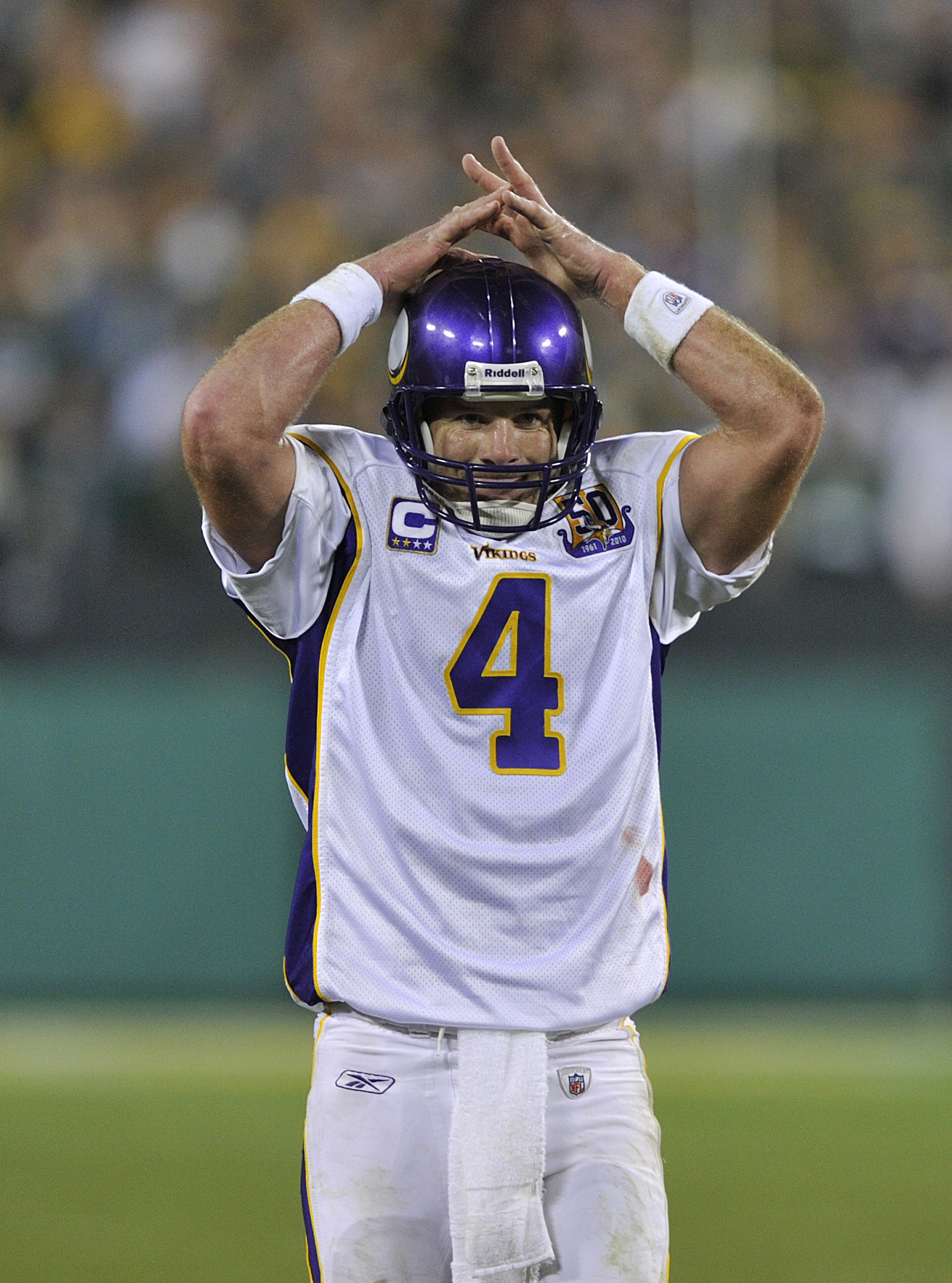 The NFL's iron man—with 291 consecutive starts—will be looking to extend his streak on Sunday but Favre was hobbled by an injured ankle last week against the Green Bay Packers.

His injury has been diagnosed as two fractures in his left ankle and is serious enough to jeopardize his start streak.

Favre was seen wearing a walking boot this week while the Vikings were preparing for this Sunday game against the New England Patriots.  He did, however, practice on Friday on a limited basis.

According to head coach Brad Childress, Favre will be a game-time decision. 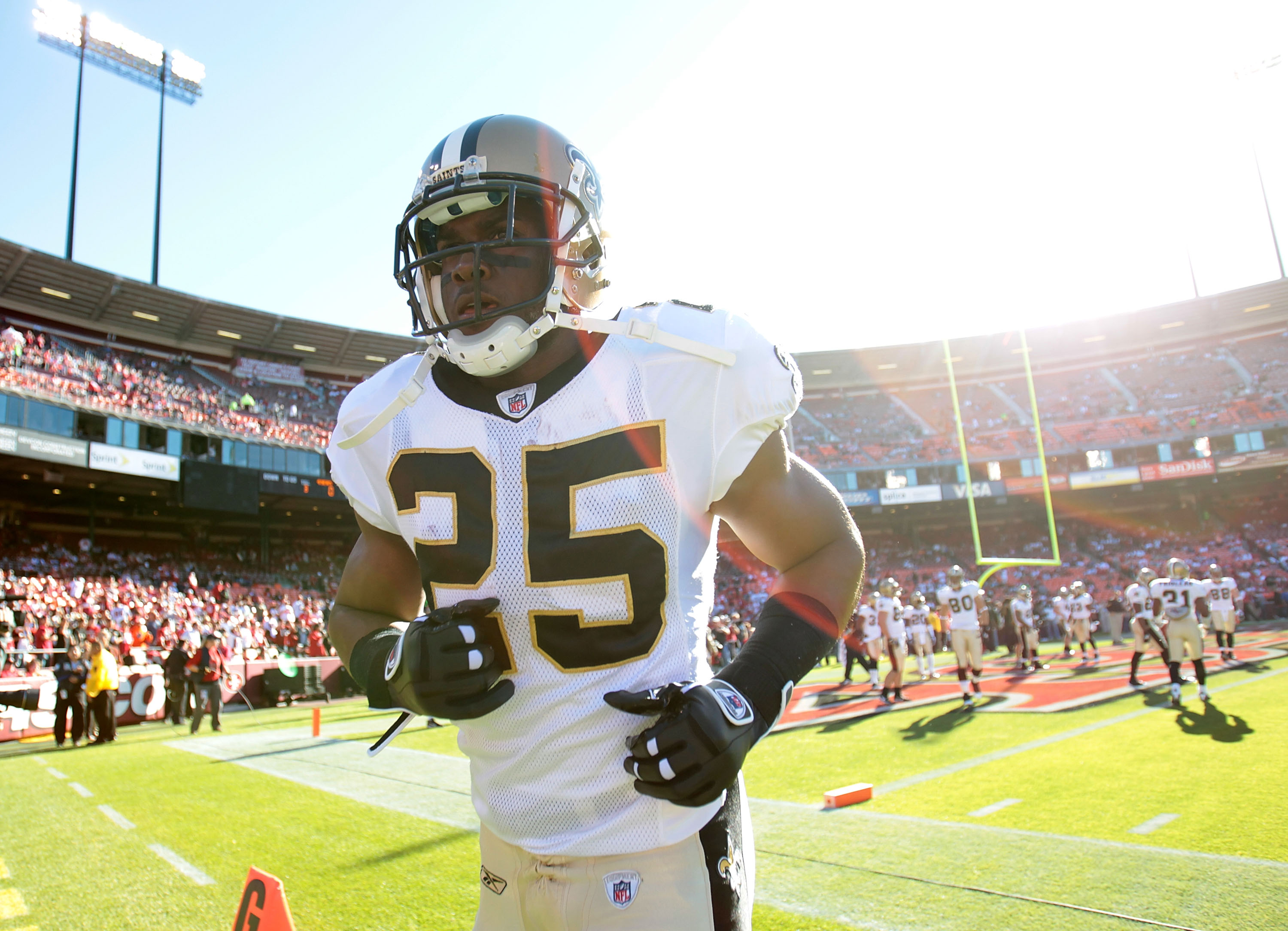 Bush wont be back this weekend perhaps may also sit next weekend.

With a Saints backfield already lacking Pierre Thomas, Bush doesn't look like he'll be able to bolster their running game until next weekend, at the earliest.

The Saints have a bye week on Week 10 and the Saints could hold their injured running back for another week in case he needs the extra recovery time.

The New Orleans Times-Picayune is reporting that Bush has been ruled out of Sunday's game. 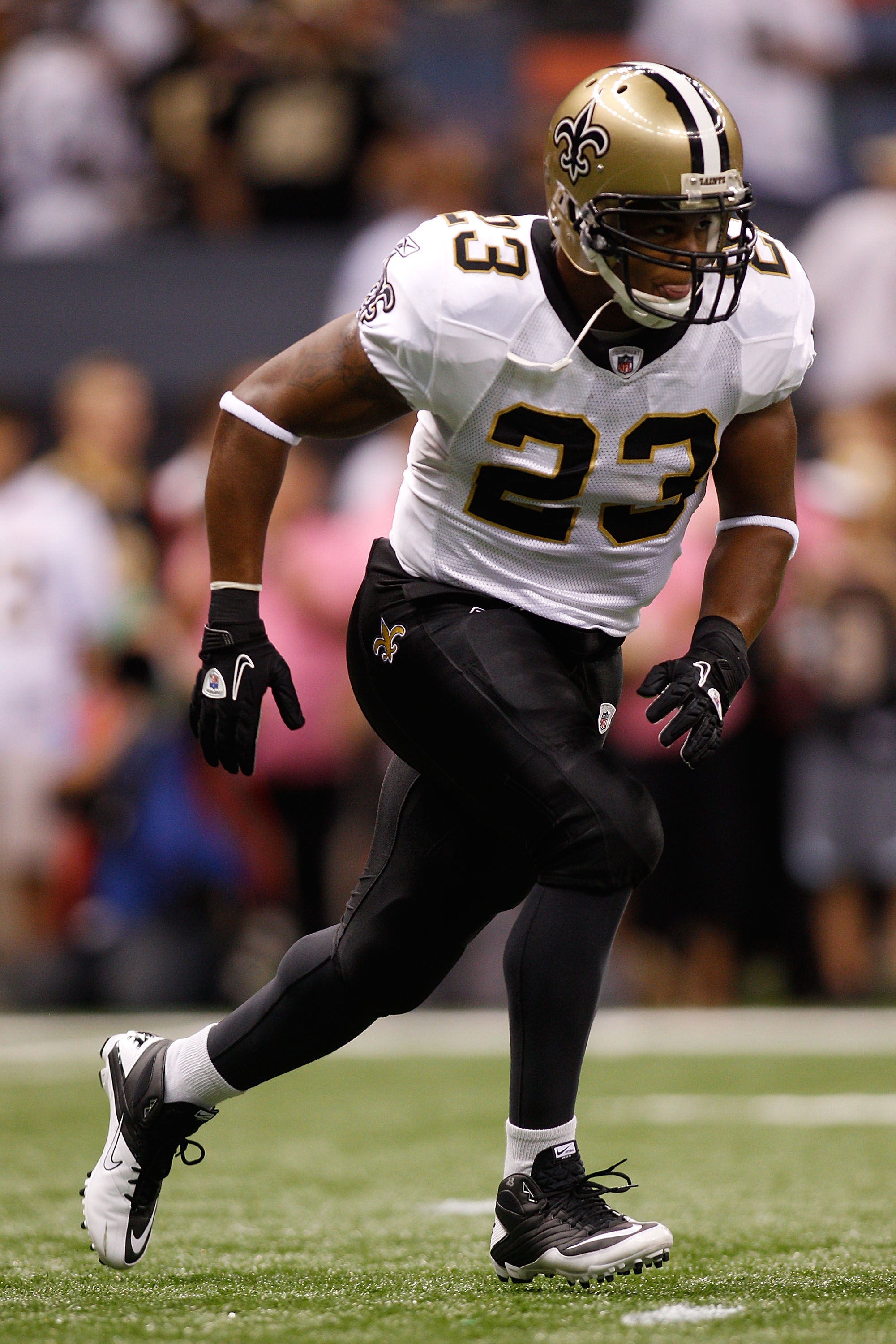 Pierre Thomas, along with Reggie Bush have been ruled out of the Saints game against the Pittsburgh Steelers on Sunday.

Expect fill-in running back Chris Ivory to get a majority of the backfield workload this weekend.

While Bush could return as early as next week, Thomas' status is more uncertain.  There were reports out of New Orleans that Thomas was once again on crutches and using a walking boot for his injured ankle. 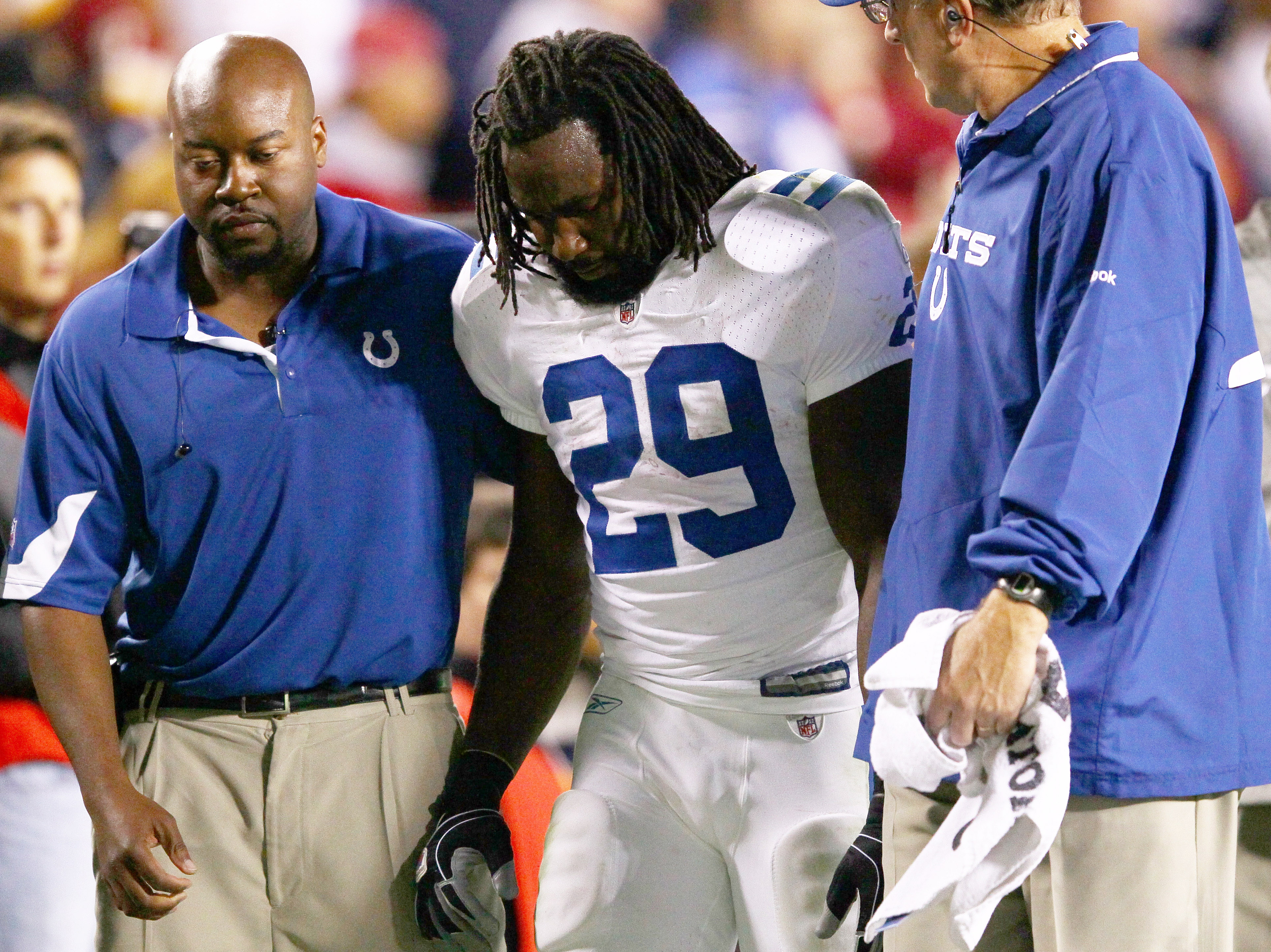 The Colts running back is still ailing from a shoulder injury that caused him to exit the Colts' Week 6 game against the Washington Redskins.

Phil Richards of the Indianapolis Star considers him unlikely to play on Monday night against the Houston Texans.

Donald Brown is expected to start in his place. 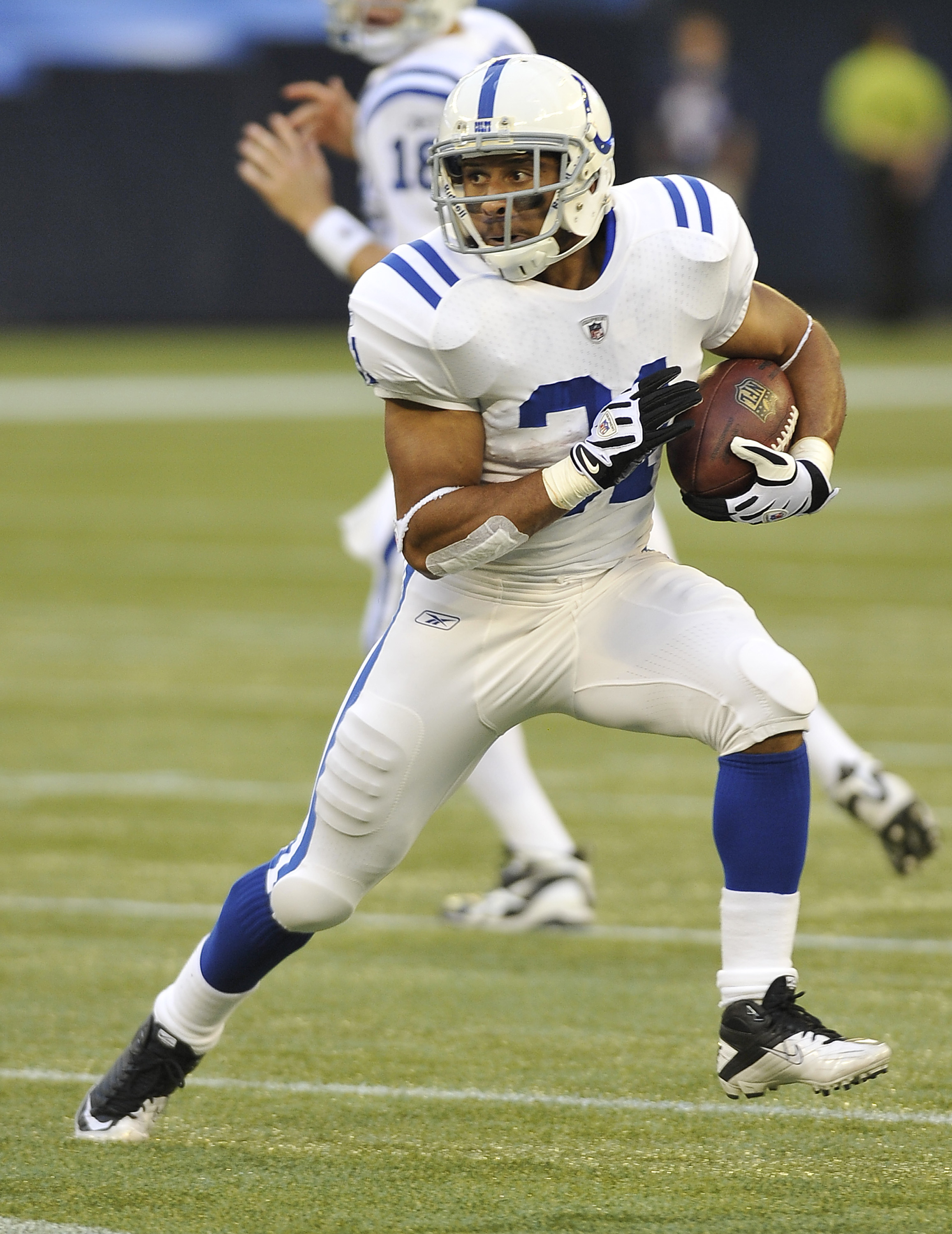 Brown is expected to make the start, in place for the injured Joseph Addai on Monday night for the Indianapolis Colts.

The running back has been recovering from an injured hamstring which has caused him to miss the last three Colts games. 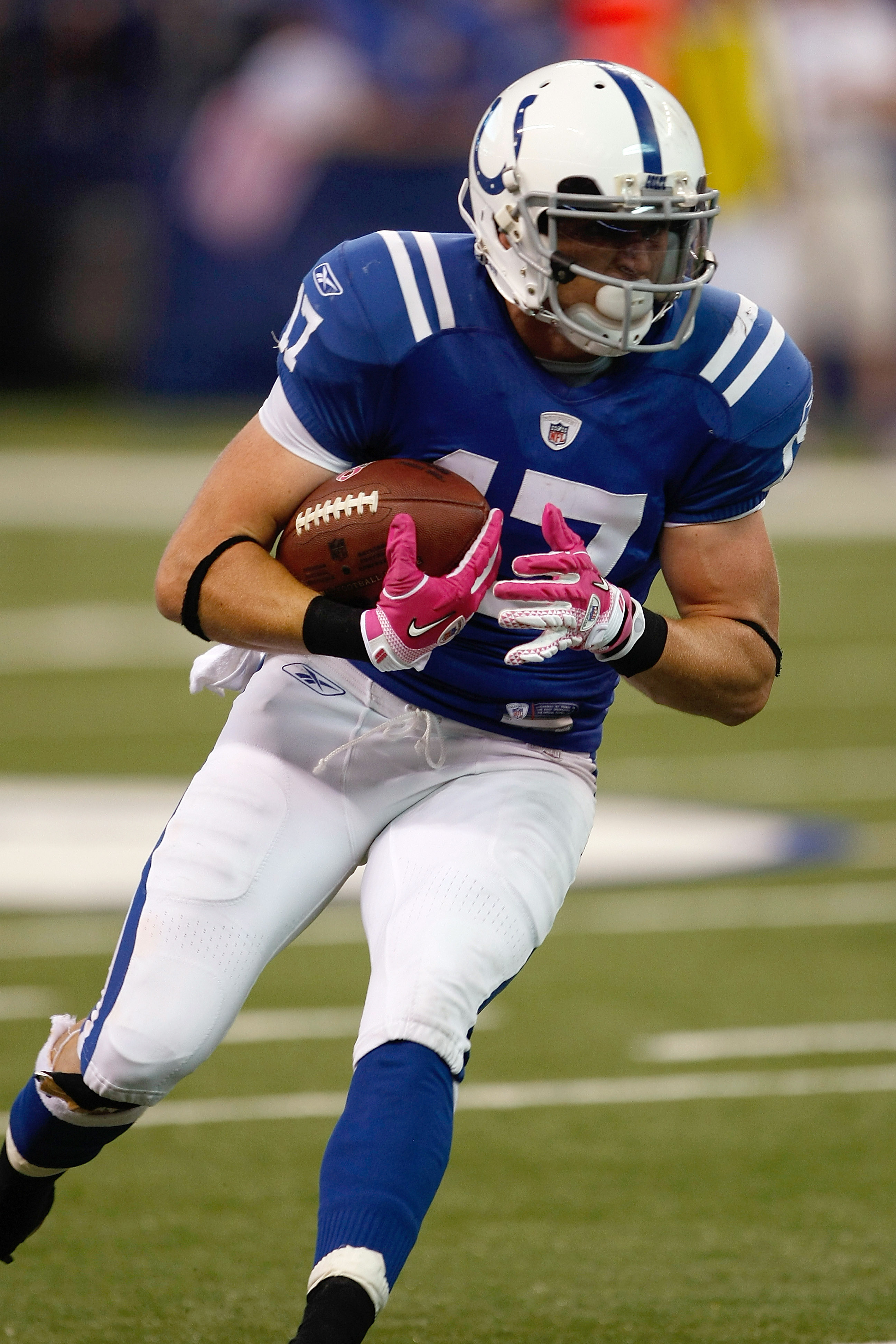 Collie, one of Peyton Manning's favorite targets this season, will be out indefinitely after getting surgery on an injured right thumb.

Although the Colts will be facing a poor Houston pass defense, there has been a flood of injuries to several key Colts players this season.

With Collie out and top pass-catching tight end Dallas Clark also out for the season, Manning may have to rely heavily on his number one target Reggie Wayne. 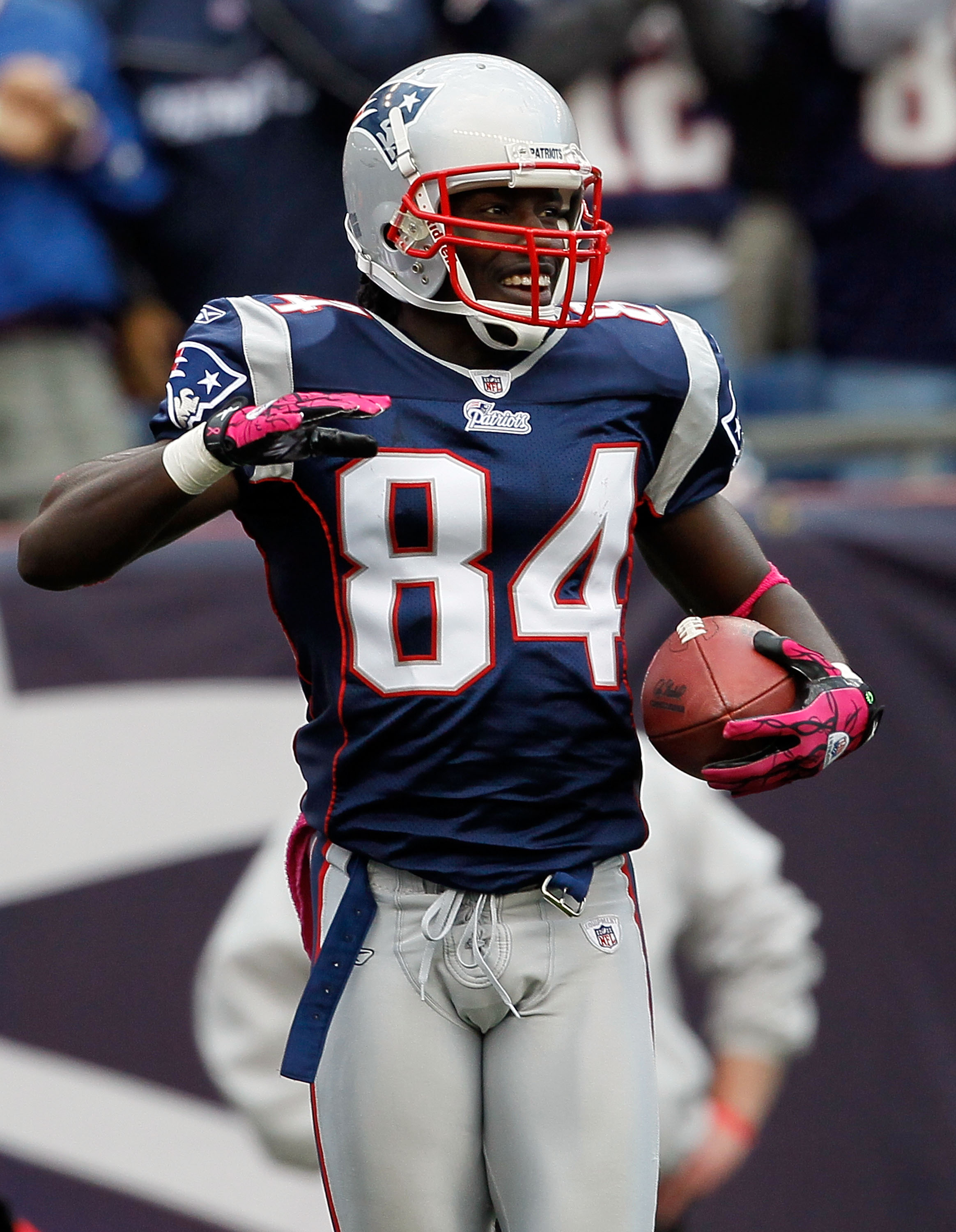 The 31-year-old receiver is officially listed as questionable for Sunday's game against the Minnesota Vikings.

According to the Boston Herald, Branch was limited during Friday practice because of a hamstring pull.

Branch should make the start this weekend and the Patriots will need his experience against a solid Minnesota pass defense. 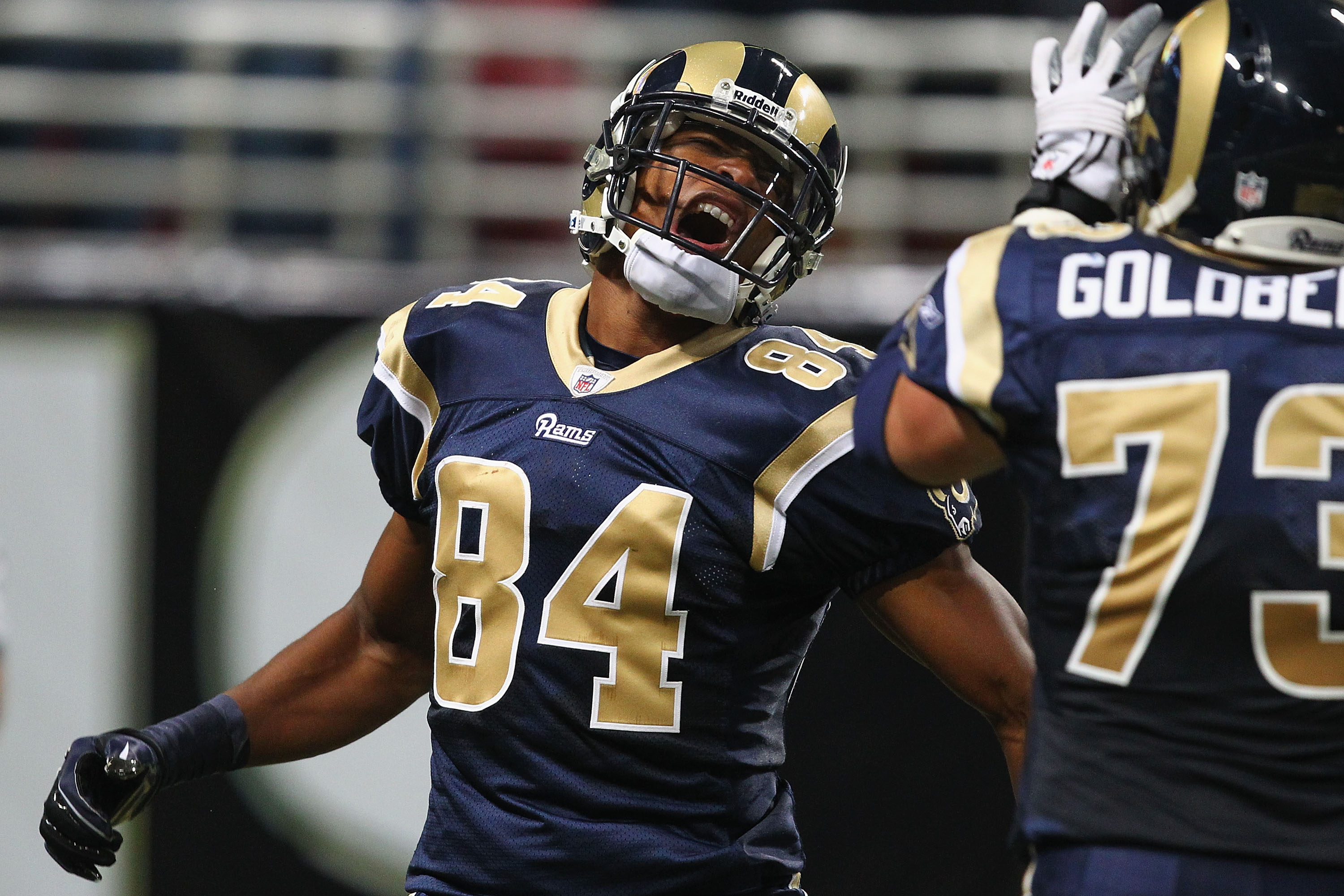 Another week, and down goes another receiver for the St. Louis Rams.

Two weeks after making his NFL debut, the 6'5" rookie has torn a meniscus on his left knee, per Brian Stully of 101 ESPN.  Alexander is expected to undergo surgery immediately and could be sidelined 2 to 4 weeks.

The St. Louis receiving corps takes another blow after losing Mark Clayton for the season. 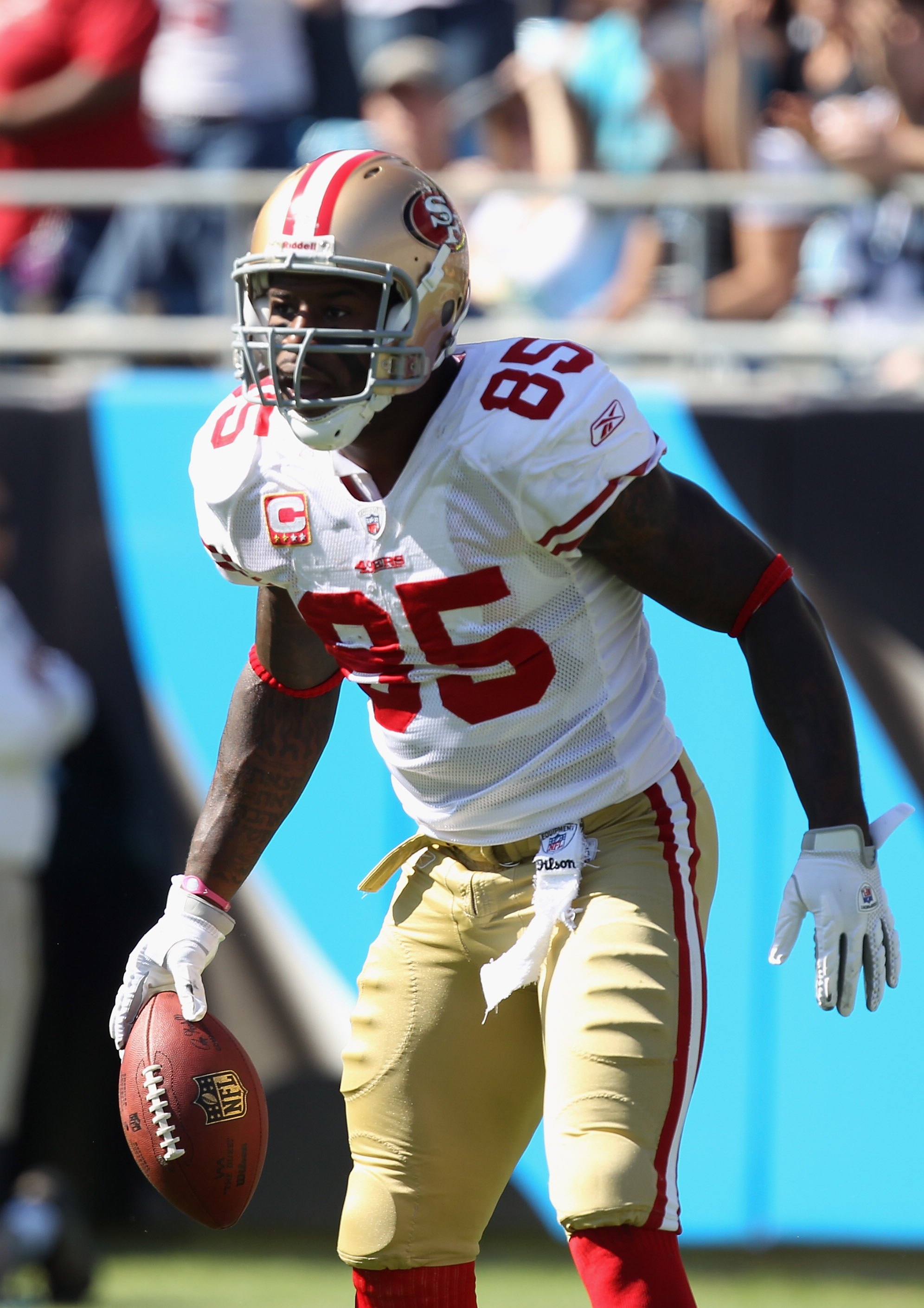 Despite being listed as questionable with an ankle injury, the star tight end should make the start in London as the San Francisco 49ers play the Denver Broncos.

He was limited by the injury last Sunday against the Carolina Panthers, but was still able to contribute on the field with 4 catches for 74 yards and a touchdown. 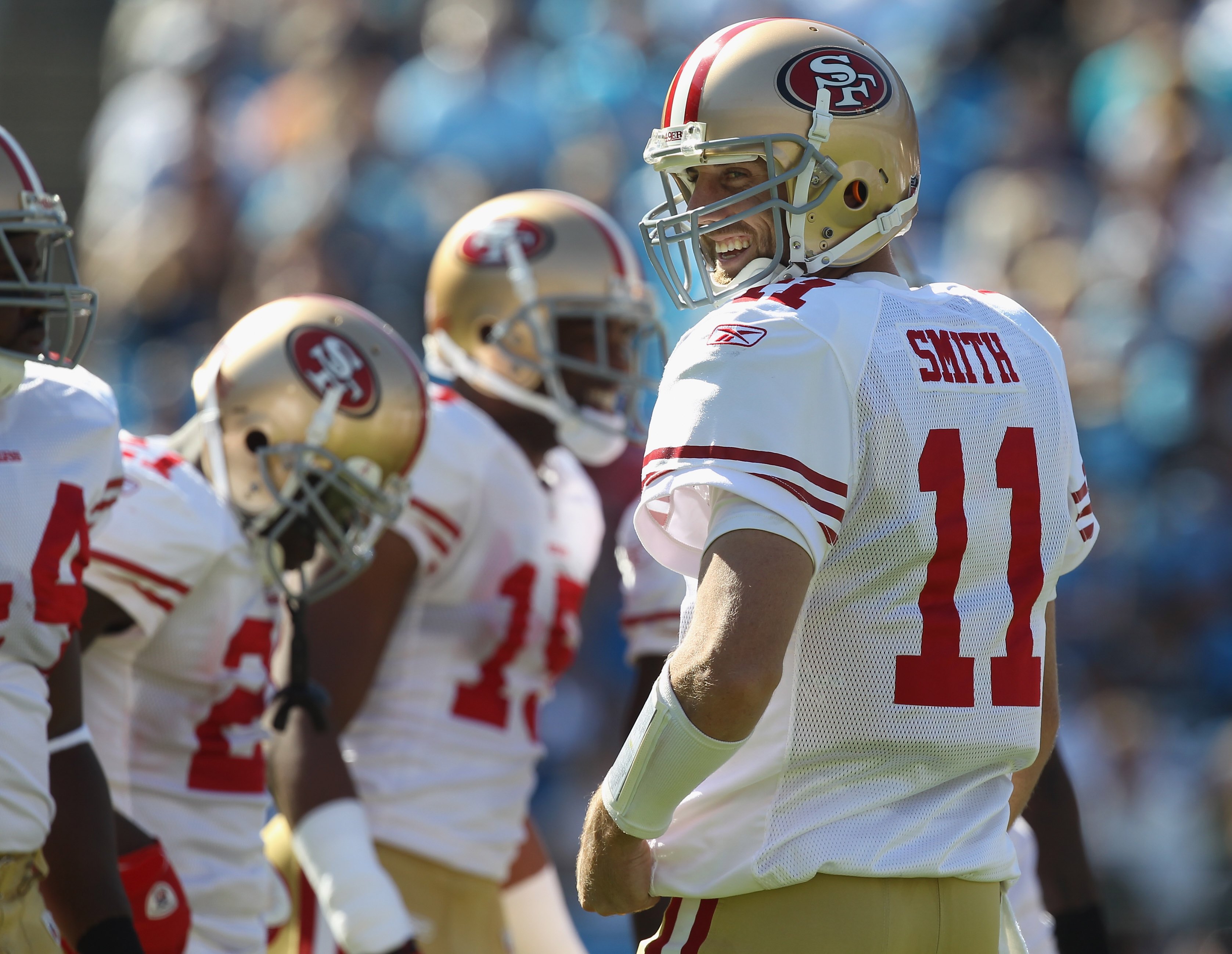 Smith has officially been ruled out of this Sunday's game with a shoulder injury he suffered last week against the Carolina Panthers.

The 49ers have a Week 9 bye and Smith could make his return for Week 10, at the earliest. 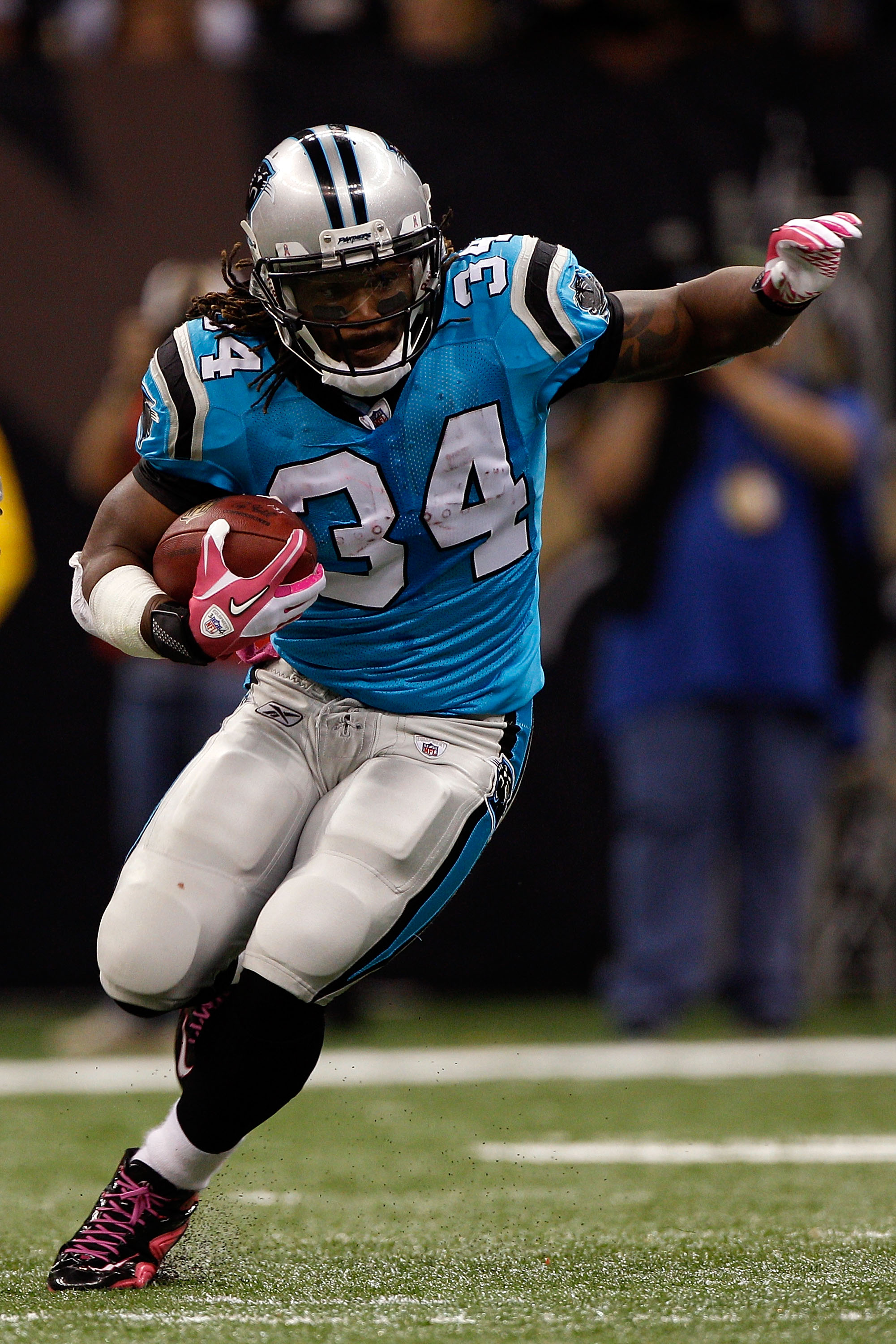 Williams has not been able to practice the entire week as a result of a sprained foot and has been listed as doubtful in the team's injury report.

The Panthers' notched their first win of the season last week but have struggled to get their running game going all season. 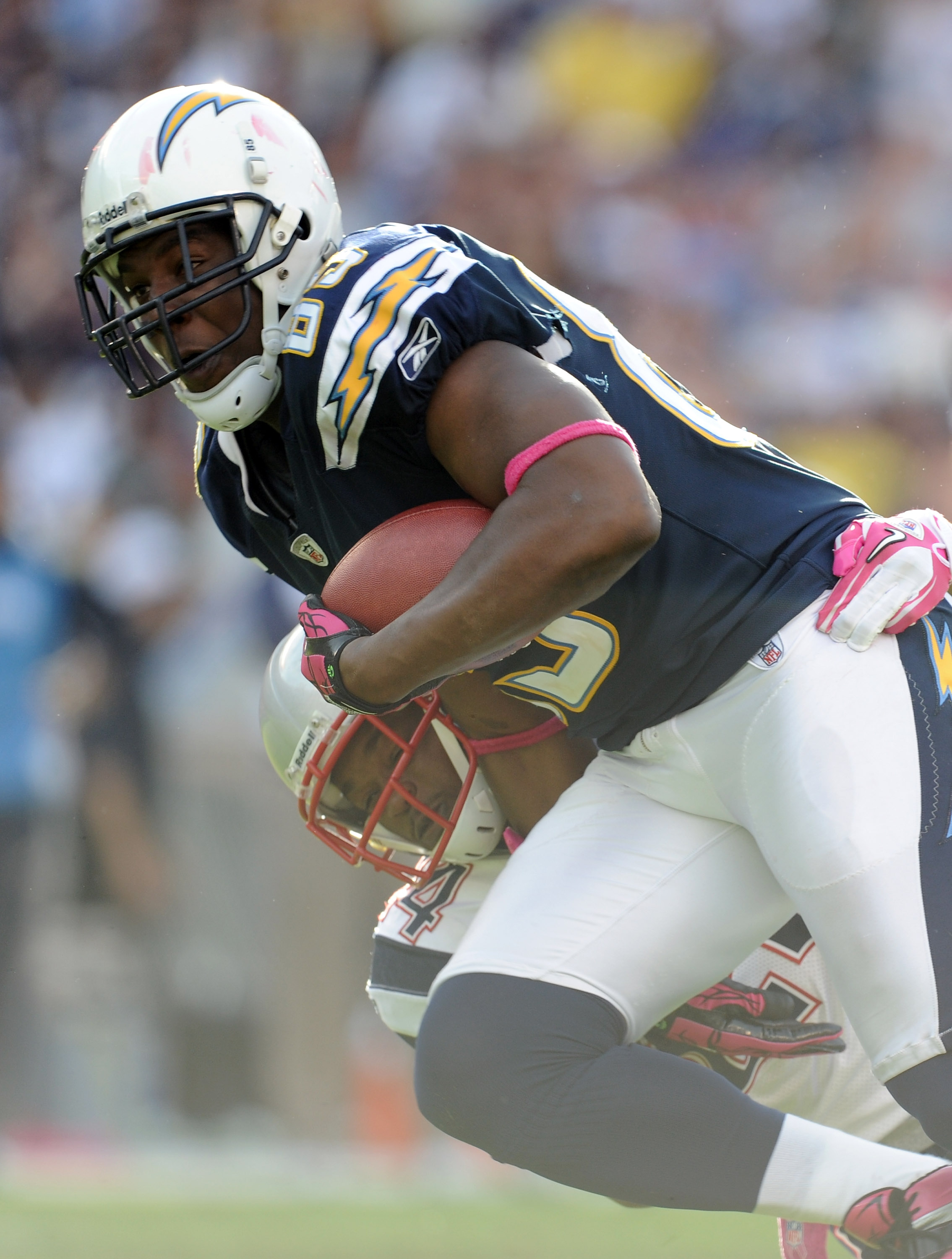 The star tight end for the San Diego Chargers is officially listed as questionable for Sunday's game against the Tennessee Titans.

Last week, Gates did not practice but still made the start for San Diego.  This week, he was limited in Friday's practice.

With Gates having a history of playing through injuries, all signs point to another start on Sunday.

Gates has grabbed 8 touchdowns in 7 games this season for the Chargers. 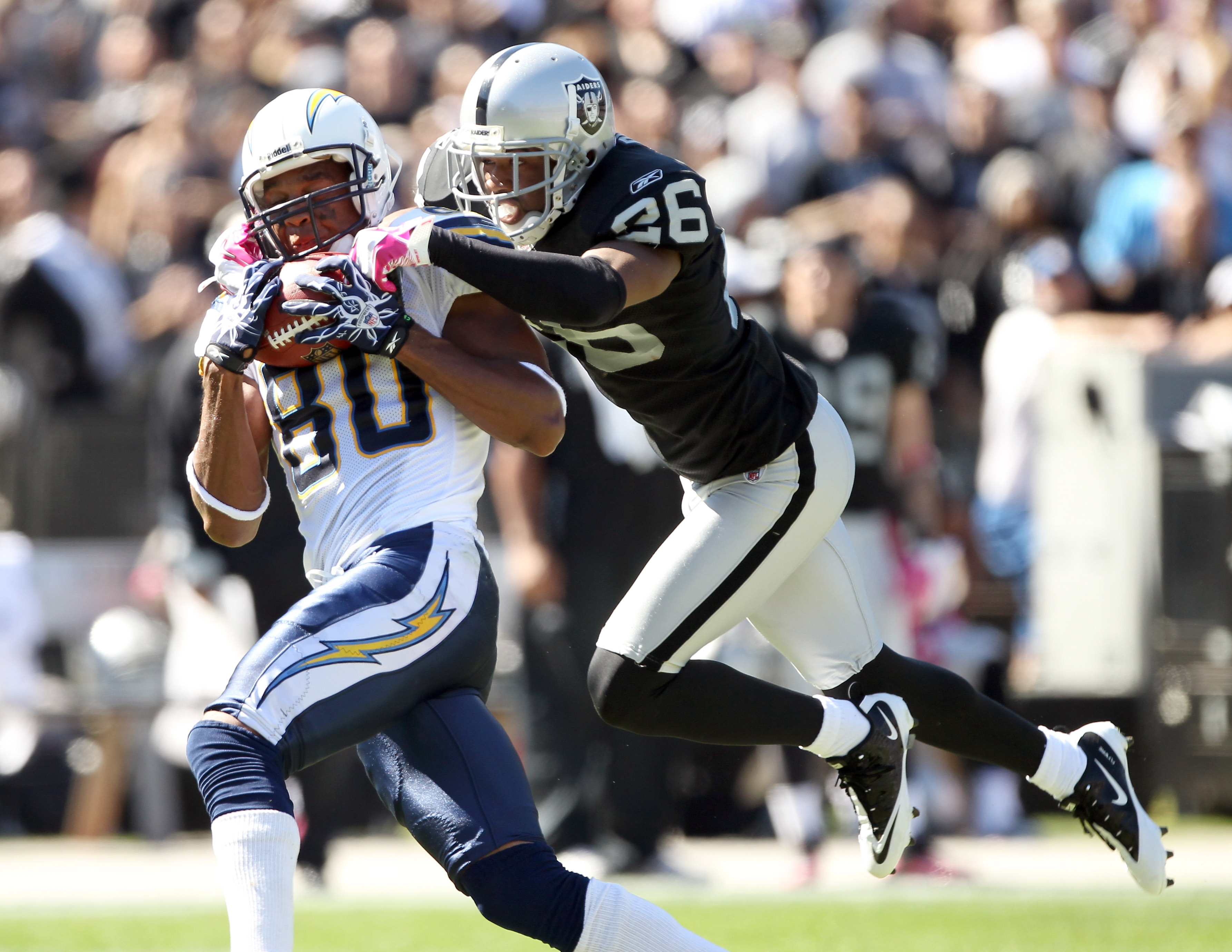 After missing last week's game against the New England Patriots, Floyd is also expected to miss Sunday's match against the Titans because he has yet to recover from a hamstring injury.

Although Floyd, the team's top wide receiver, has not yet been ruled out of the game he has not practiced all week for the Chargers. 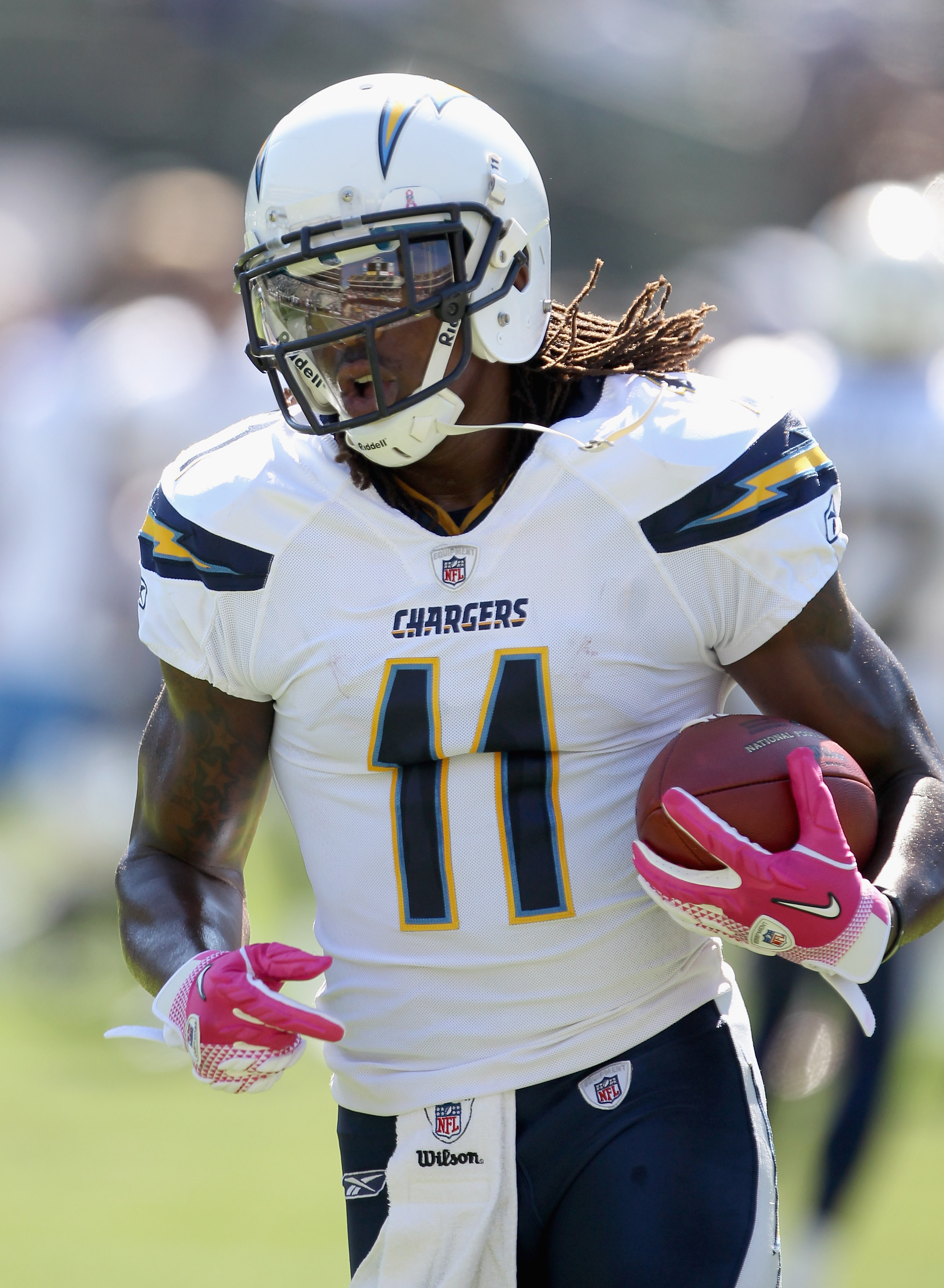 San Diego's receivers are hurting and another receiver on their long list of injured receiver include Naanee.

Naanee, is sideline by a hamstring injury, and is likely to sit out his third straight game according to Kevin Acee.

Acee reported that Naane practiced on a limited basis on Wednesday but did not practice the other two days for the Chargers. 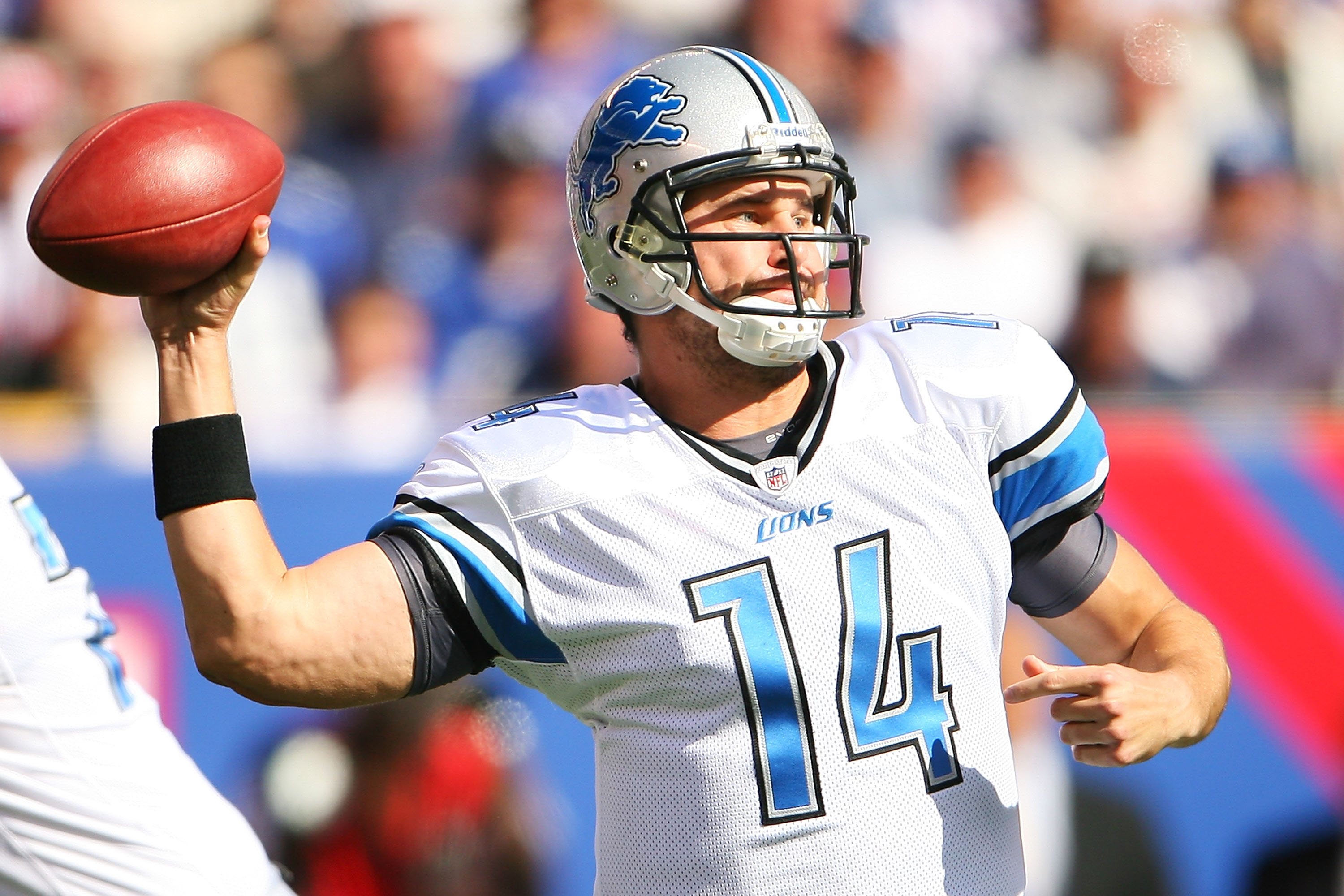 Hill suffered a fractured forearm to his non-throwing arm (left) during Week 6 and is not expected to assume his usual backup duties this weekend.

He started in place of the injured Matthew Stafford for five games this season, but Stafford is due to return on Sunday against the Washington Redskins. 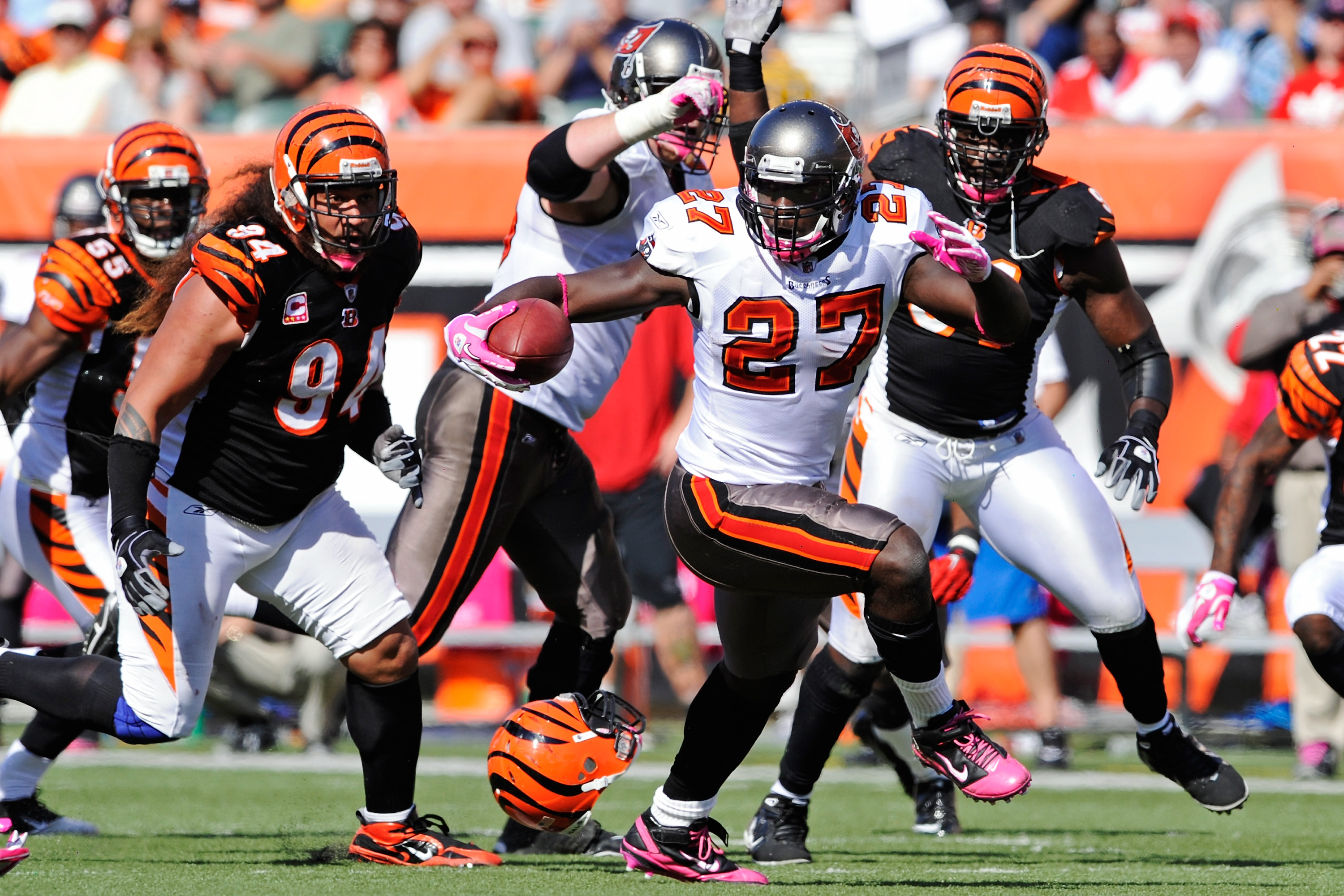 Blount is listed as probable on the team's injury report with an undisclosed illness but practiced on Friday and should be ready to go this Sunday.

The rookie had an impressive showing last weekend against the St. Louis Rams, rushing for 71 yards on 11 carries. 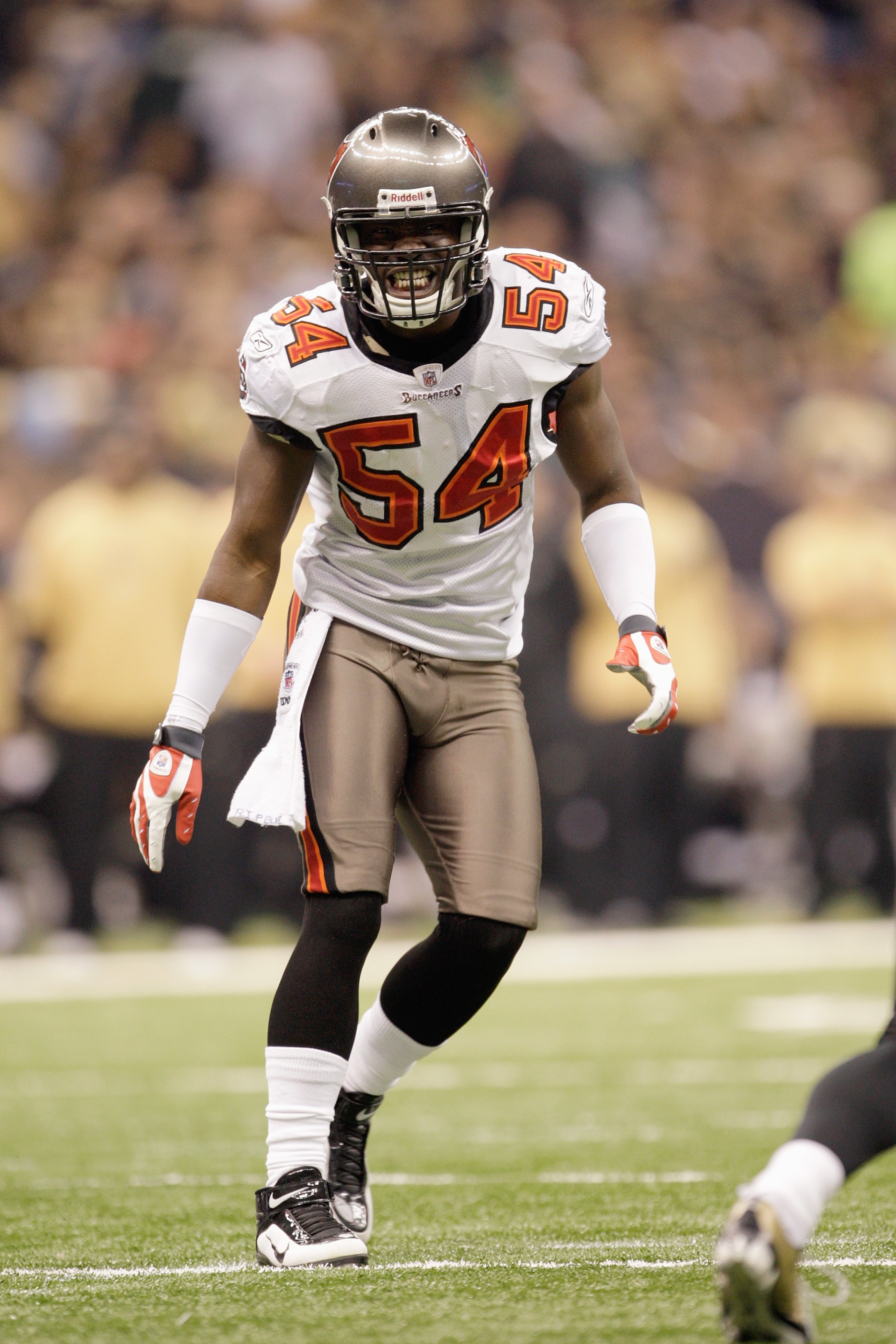 The young linebacker is listed as questionable on the team's injury report but participated in Friday's practice and joined the team on their trip to Arizona.

The 23-year-old has tallied 32 total tackles this season for the Buccaneers. 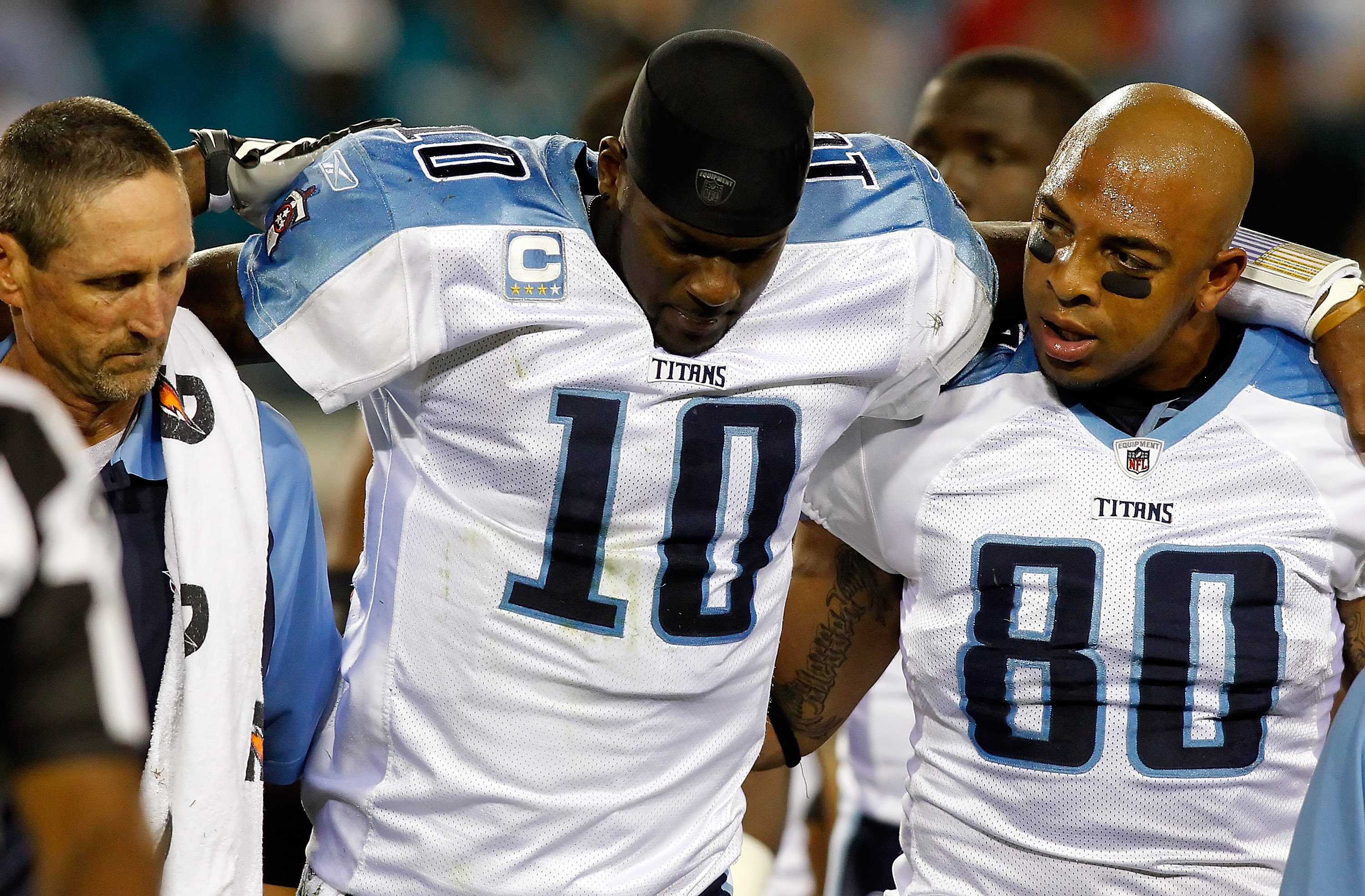 The Tennessean is reporting that Young is "likely" to start on Sunday against the San Diego Chargers, after sitting out last week with a knee/ankle injury.

Young has participated all week in practice and - barring any setbacks - will get the call over Kerry Collins at quarterback.

Last time the Chargers and the Titans faced each other, last Christmas, San Diego won, 42-17. 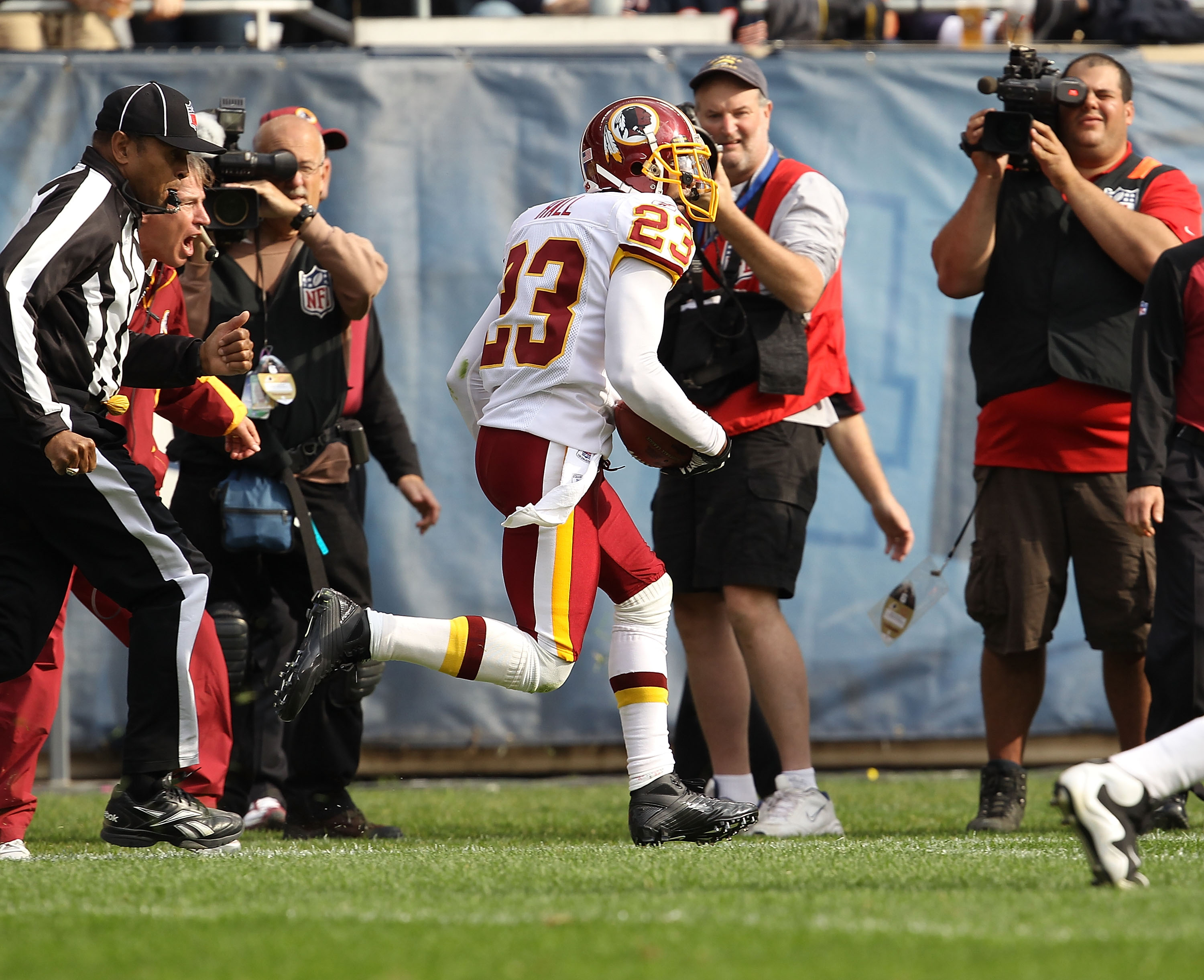 Hall had a tremendous game last week against the Chicago Bears, with four interceptions—returning one for a touchdown.

All this while he's also been dealing with a minor injury.  The Redskins injury report has Hall listed as questionable once again but will be expected to play. 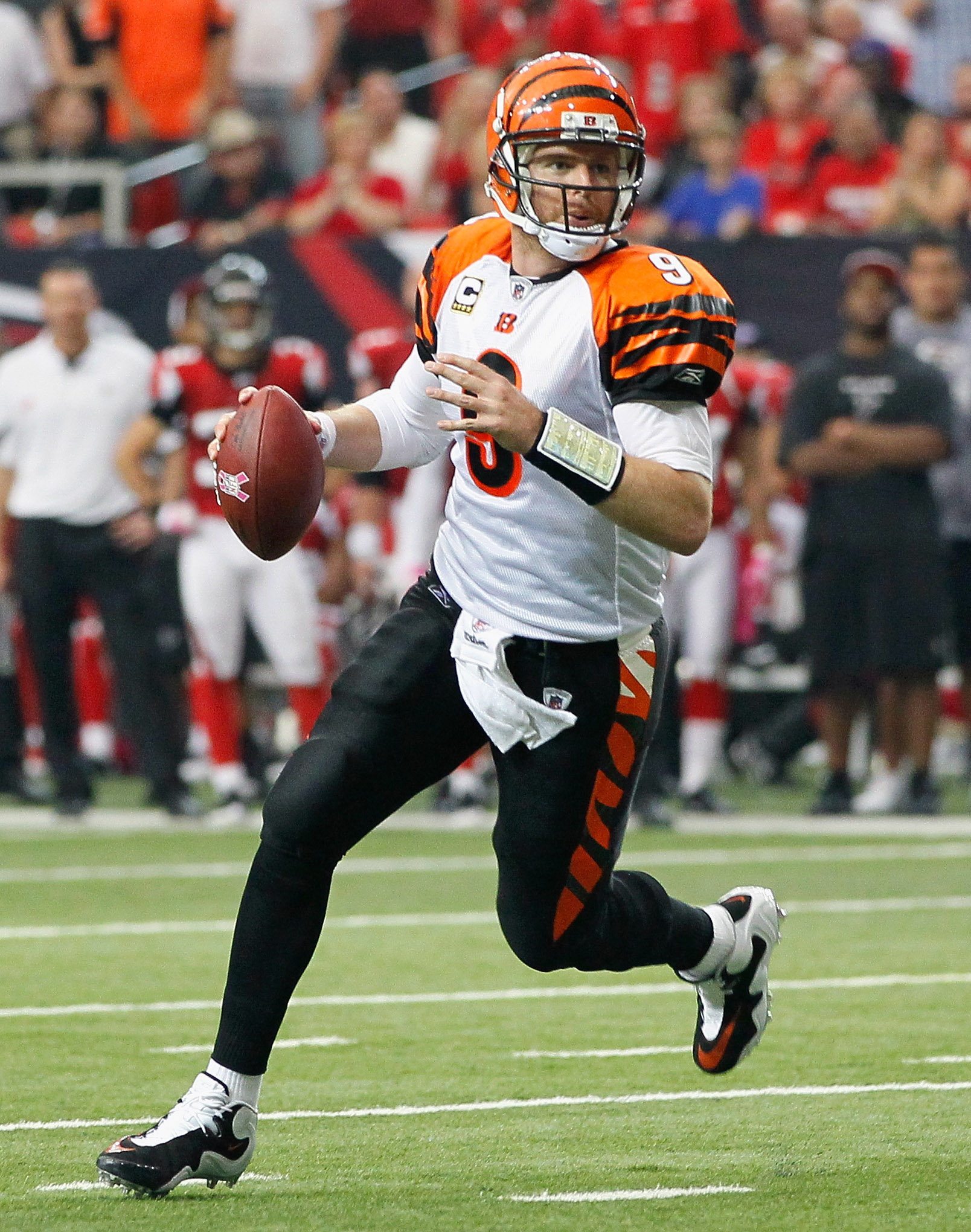 Palmer missed Thursday practice this week with a hip injury but was back in action on Friday, taking part in full practice.

He is listed as probable on the team's injury report and head coach Marvin Lewis has said that he expects his quarterback to play on Sunday against the Miami Dolphins.