Purdue Basketball: How the Not-So-Baby Boilers Have Grown Up 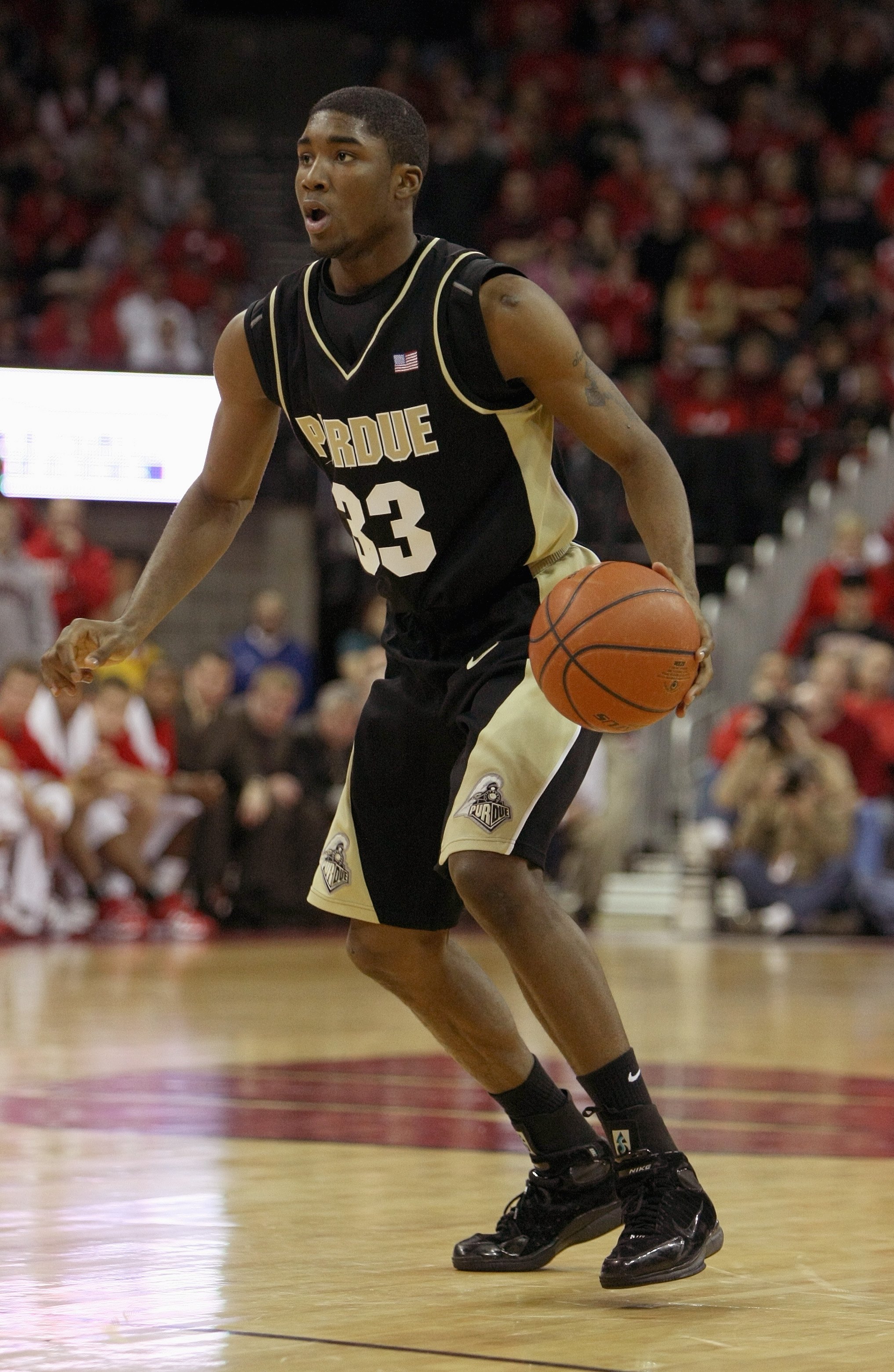 In 2007, Boilermaker fans were mainly football fans, because of the recent struggles of the basketball team, but fast forward to today, and the Basketball team is getting all of the attention, including a huge renovation project to Mackey Arena to be completed in 2012.

The Boilermakers were blessed to have four true freshman in 2007 that led them to a NCAA tournament for the first time a few years.

This quick turnaround, propelled the Boilermakers from a bottom tier Big Ten program, to the elite.  Here are where they are now. 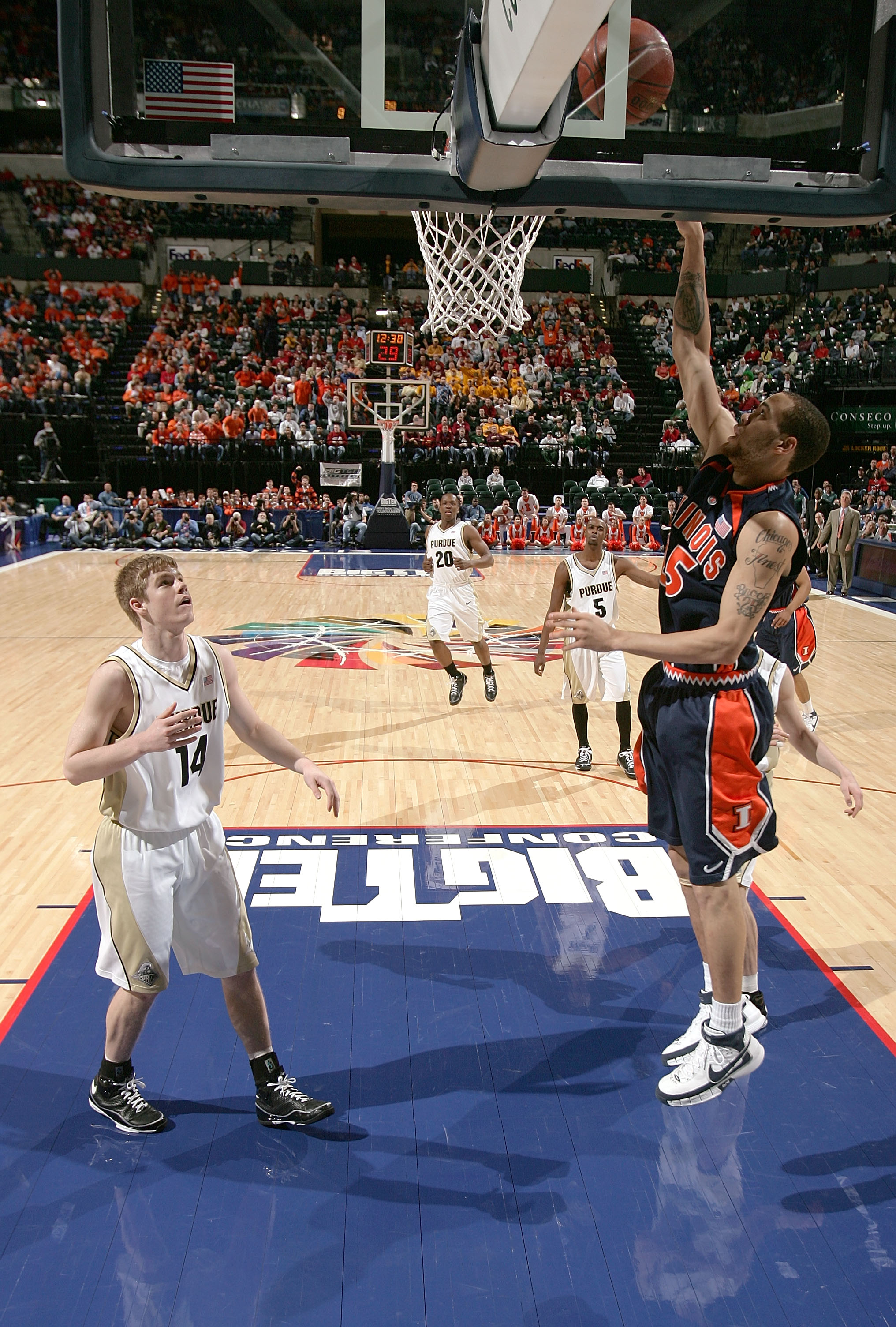 A few of you are asking yourselves, who? Yes there was originally a fourth member of that outstanding freshman class in 2007. Scott Martin, who was also a teammate of Robbie Hummel in high school.  The two were highly recruited and were best friends coming into college.

After a succesful season at Purdue, averaging 8.5 points, and almost 4 rebounds a game, Martin decided Purdue wasn't for him, and transfered to in-state rival Notre Dame.  Martin hasn't played a game since he suited up with the Boilermakers due to injuries and transfer rules.

Just think to yourself about the advantage of having another 6'8" kid from Valparaiso playing still.  Details around his departure are sketchy at best, but the common belief was the fact he had differences with head coach Matt Painter. 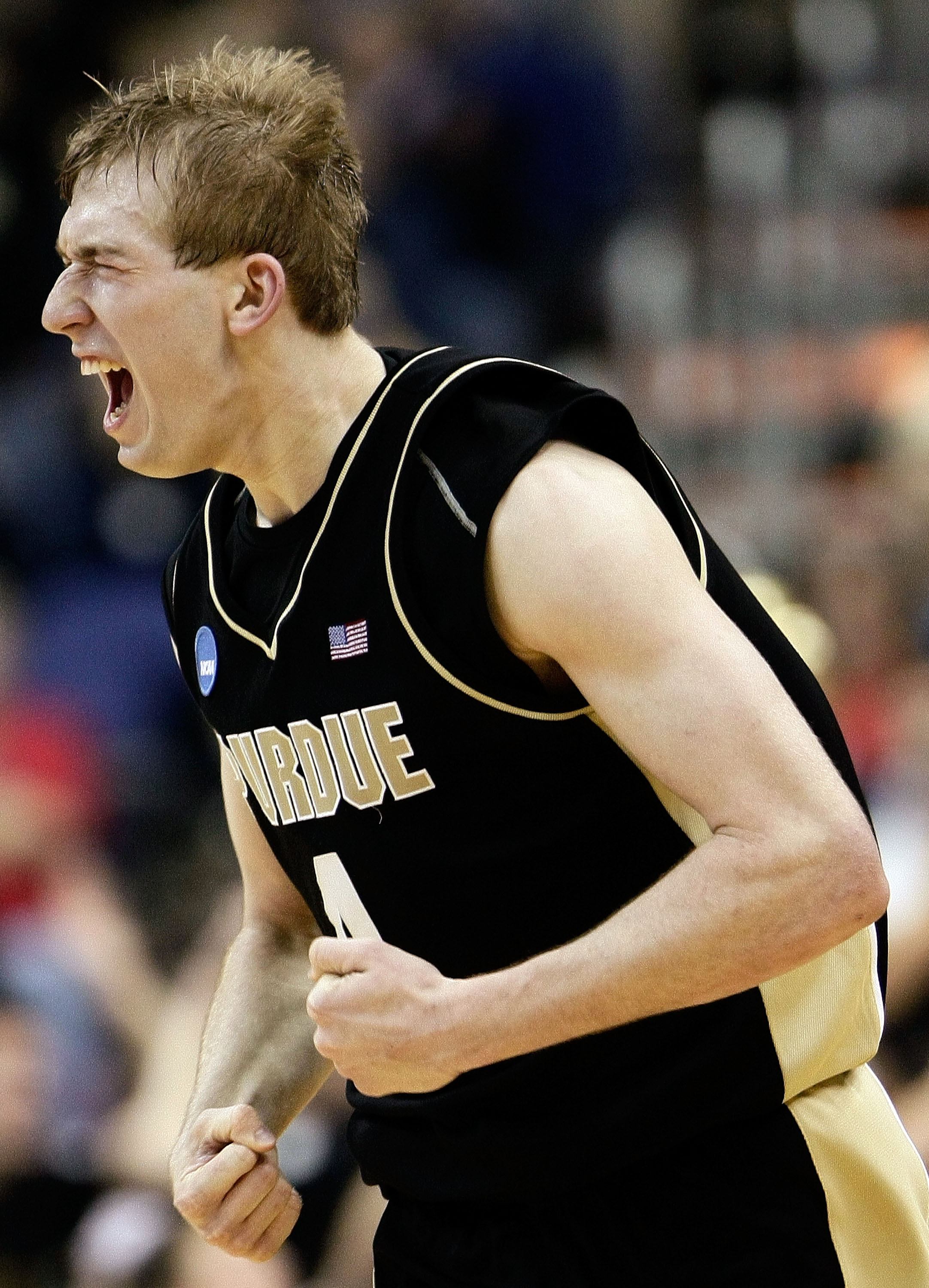 By now you know who Robbie Hummel is, I hope, if not you should have your college basketball fan card revoked.

Hummel the 6'8" power forward for the Purdue Boilermakers, must again sit-out for the Boilermakers this season with another ACL tear.  Although he won't be playing this season, he will be a pivotal part of the team as he cheers his teammates to history.

Hummel is touted as one of the best players in the country, not only for his on the court performance, but for his great work-ethic off the court as well.

Throughout his career at Purdue, Hummel has averaged 13.2 points, 6.6 rebounds, and a steal per game.  Hummel creates match-up problems for opponents of the Boilermakers, because of his ability to drive the lane, and shoot outside.

Hummel makes a big difference for the Boilermakers, expect him to come back stronger than ever in 2011-2012. 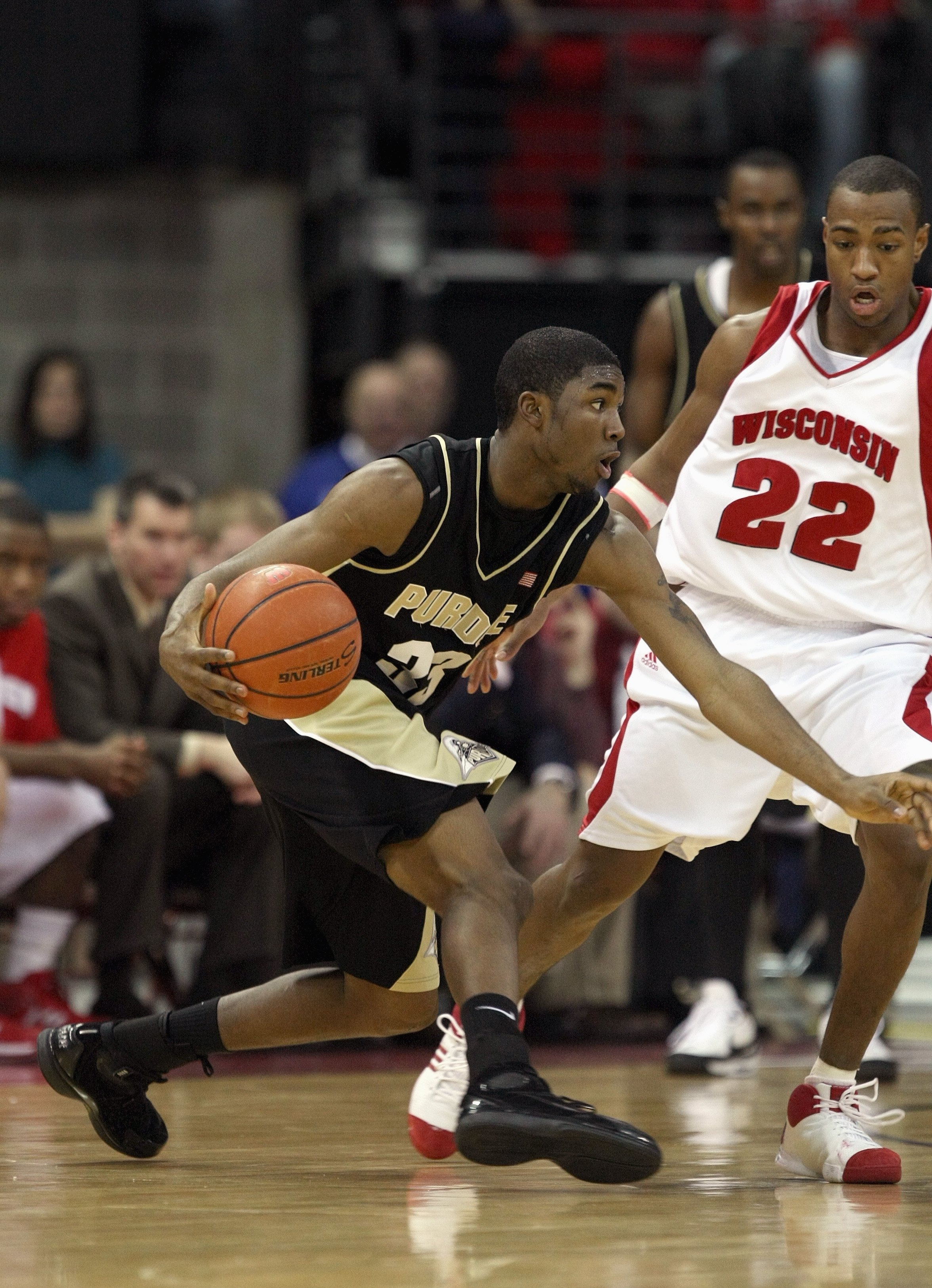 Look how skinny he is in this!Jonathan Daniel/Getty Images

E'twaun Moore, Smooge, or 3'twaun, would be quite the difference maker for any team in the nation and this is by far the case for the Boilermakers. His ability to shoot the three, and drive the lane, makes him one of the best shooting guards in the country.

Moore has had an amazing career in the gold and black, averaging for his career 14.3 points, 4.3 rebounds and a little under 3 assists per game, while shooting 37 percent from behind the arc.

E'twaun has the ability to change a game on his own with his slashing which allows him to create opportunities for himself.

Not only is Smooge a great offensive player, but like anyone on the Boilermakers squad, he can bring it on defense.

Along with being a great player on the court, Moore, is an Academic All American. 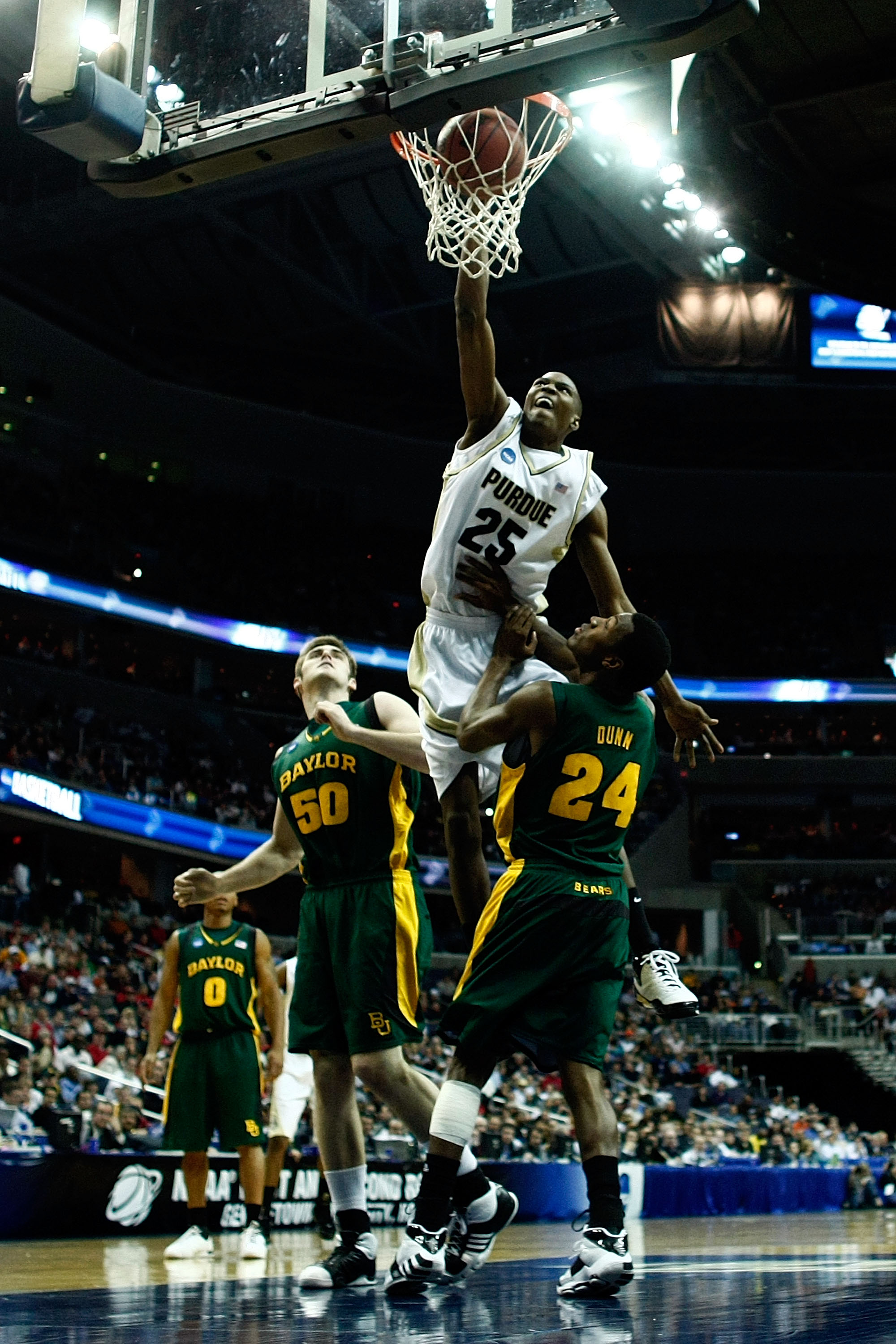 JaJuan Johnson the 6'10" power forward for the Boilermakers has all the tools it's going to take to be one of the best big men in the country this season.  With his ability to pull back and shoot a jumper along with his ability to drive the lane, he is going to be dominant all year.

Throughout his career Johnson has averaged 11.4 points, 5 rebounds and 2.5 blocks per game.  He has been one of the most improved players from his freshman year in Purdue history.  Throughout the years he has progressed into a dominant force, and this season will be his monster year.

Johnson's presence in the paint is awesome, having the ability to drive on anyone along with stepping out and taking a jumper.  Johnson's touch is what makes him dangerous to his opponents.

He is a pre-season All American, and will make a huge impact for the Boilermakers this season. When your team is playing Purdue this season, good luck shutting down this monster.

Outlook For The Baby Boilers 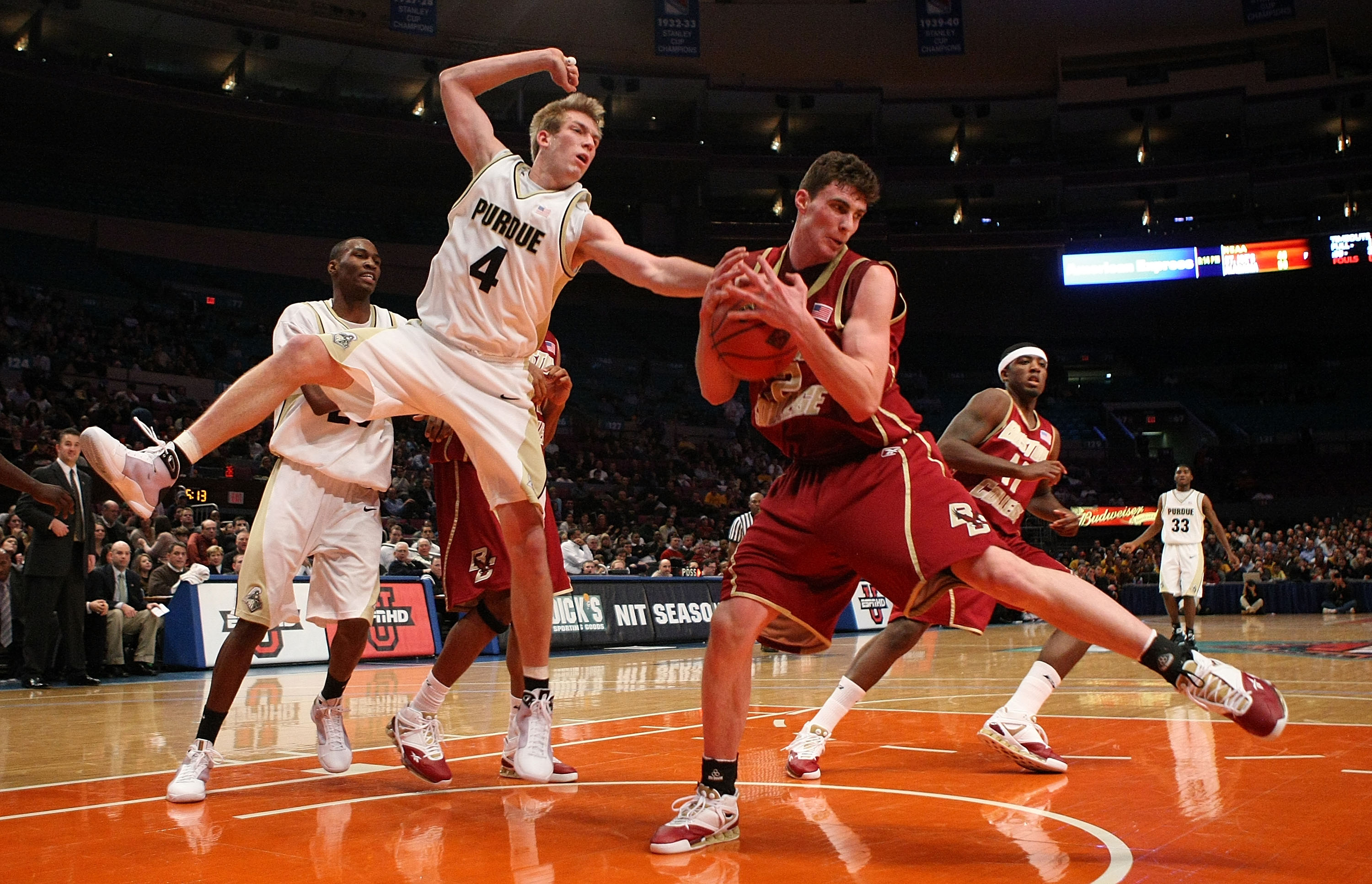 It's the Superman Dance!Nick Laham/Getty Images

The Boilermakers are going to have a great season this year, even without the presence of Robbie Hummel on the court. With the experience they possess, they will be a tough opponent for anyone this season and still could make noise in the tournament if one of the new big men can step up to help Johnson.

Moore, and Johnson will enjoy their final season of their college career and then be propelled into the NBA for successful careers there.  As for Hummel, he will rehab and come  back next year to lead a team that will be looking to follow up a National Title, okay wishful thinking maybe.

As for Scott Martin, you should have practiced harder, look what you got yourself into with all of this. Oh and thanks for the Scholarship, Lewis Jackson has put it to good use.  Have a great season in the Big Least.