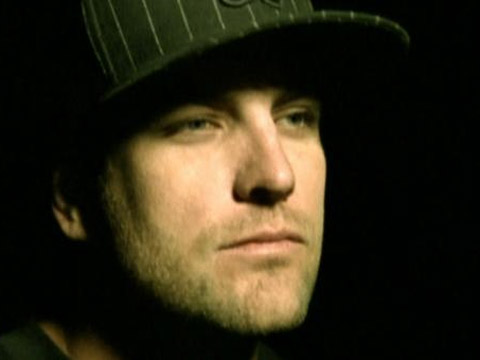 T.J. Lavin suffered a horrific injury at a BMX event just a couple of weeks ago, and there have been several updates on his status over the last few days.

The reality TV and BMX star was put in a medically-induced coma after crashing his bike during an event in Las Vegas.

Like Tony Hawk with skateboarding, Lavin has become one of the most well-known names in BMX.

His injury has sent shockwaves through the BMX and reality TV worlds, and reminded fans that even the best and most well-trained athletes in the world are susceptible to tragic accidents.

Though the initial prognosis was not very good, Lavin has improved steadily over the last few days.

Here's the latest on his recovery.

According to ESPN, the 33-year-old Lavin was attempting a "nac nac" combination but couldn't get his feet back on the pedals before the landing.

He was thrown from his bike and knocked unconscious before being transported to a Las Vegas area hospital, where he was listed in critical condition. 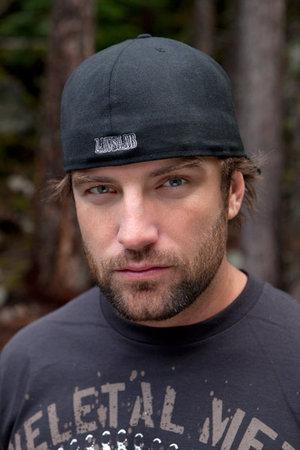 Following the accident, Lavin was put in a medically-induced coma to reduce brain swelling.

Nearly a week after the incident and while in the coma, Lavin was diagnosed with pneumonia, likely due to the breathing tube that was keeping him alive.

However, at the same time, Lavin's family also received word that the BMX star had not and would not suffer any permanent brain damage.

Lavin eventually beat the bout of pneumonia after responding well to the antibiotics administered by doctors.

But the illness delayed his wrist surgery, which has yet to be rescheduled.

Removal of His Breathing Tubes 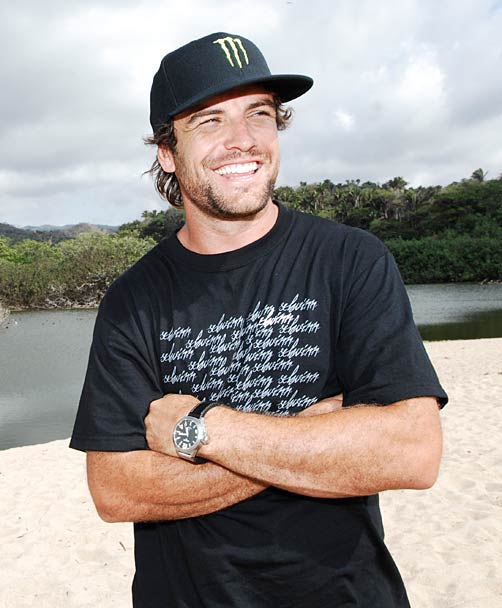 On Oct. 21, Lavin's family received arguably the best news since the reality TV host's disastrous injury: Lavin was breathing on his own.

His breathing and feeding tubes were removed, and he was speaking just two days later.

”[TJ] is answering questions,” friend Chas Aday told Access Hollywood. “He’ll say ‘yes’ a little bit and he knows where he is, but he’s not opening his eyes yet.”

This was the first step in Lavin's long and tedious recovery process. 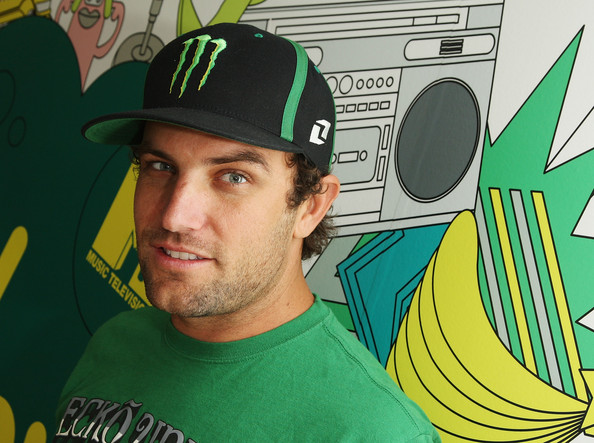 After the accident, Lavin received tons of love of from contestants on MTV's The Challenge, which he has hosted for 10 seasons since 2005.

"Over the years, I've had the privilege to get to know TJ. He has always been very nice, kind, sincere and encouraging. He's a good person and I feel like somehow, someway he is going to break out of this thing," contestant Derrick Kosinski said in an email to MTV News.

"We are all wishing, hoping and praying for the best recovery there could possibly be. Bust through this thing, T.J., I know you will. We're all pulling for you," Kosinki continued.

With the outpouring of support, Lavin's condition steadily improved. 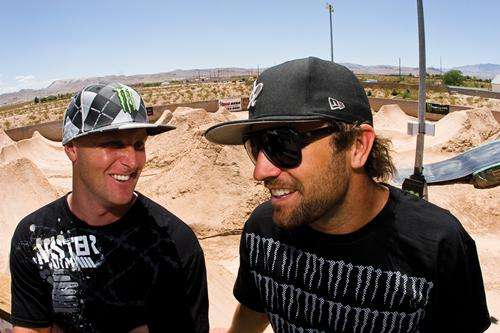 Earlier this week, Lavin's friend and business partner Chas Aday told MTV News that Lavin is conscious and able to walk and talk.

"It's been wonderful to see how much better he's doing. From a medically induced coma to being unconscious, to being intubated with a breathing tube, to not responding at all, to seeing him now, it's awesome," Aday said.

But Aday also said that he's unsure Lavin understands the exact details of his injuries.

"I know he knows he's injured," Aday added. "I think he understands that he's in the hospital. I don't know if he understands the extent of what is going on. Getting him better, that's our goal." 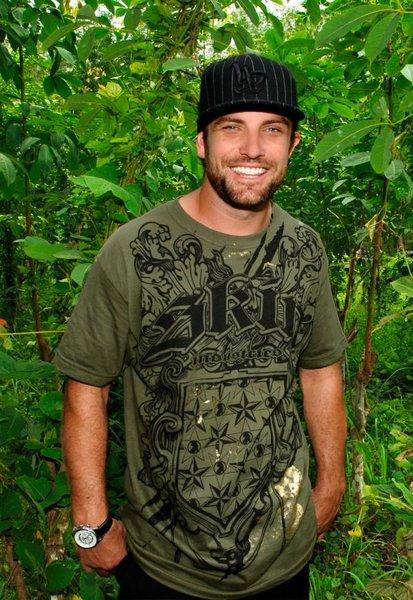 Though the long-term prognosis is good, Aday told Us Magazine that Lavin has suffered memory loss as a result of the accident.

"(Lavin will have) to start working on getting his memory back," Aday told the magazine. "The doctors are expecting him to have a full recovery, we just don't know how long it'll take."

Aday also noted that he seems to be having problems with his cognition, although that is generally expected when someone comes out of a coma.

"It's tough, but he'll get there. He recognizes friends and family. He's just putting the pieces of the puzzle together," Aday said. 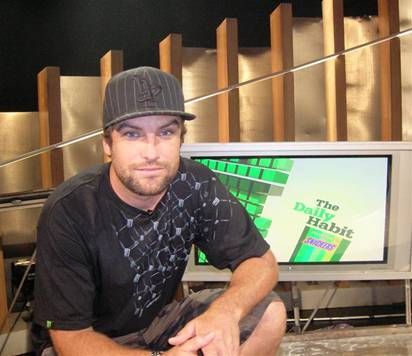 After having his wrist surgery delayed because of his bout with pneumonia, Aday told MTV News Tuesday that Lavin would undergo surgery the following day.

"He's having surgery on his wrist tomorrow, and he'll be going to a rehab facility after that to get the brain back to normal," Aday said.

There has been no word yet on how the surgery went or if it definitely occurred. 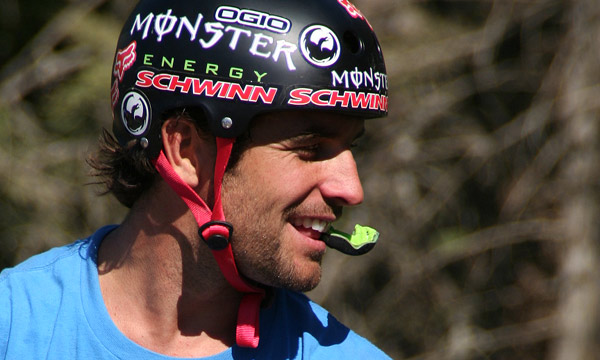 Lavin began racing bikes when he was just two years old, but at age 15, he gave up racing in favor of dirt jumping.

At age 19, he turned pro and has since made a name for himself at the X Games and on the Dew Action Sports Tour.

Among his numerous accomplishments as a professional BMX rider, he was crowned "King of Dirt" in 1995.

He currently has numerous sponsors, with Monster being his most notable one. You can see Lavin wearing Monster attire fairly often both on the Dew Tour and as an MTV host. 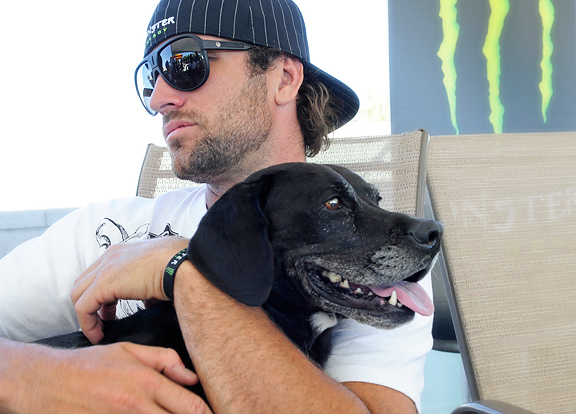 When he's not tearing up the BMX scene, Lavin enjoys making music.

Lavin taught himself how to play piano, has his own recording studio at his home he calls "Lav's Lab" and even released an album titled "The First Set" that he produced and raps on.

Lavin even has a single that he put out under his full name. The single, "Soldier," is a song he wrote for fellow BMX rider Stephen Murray, who was injured in a horrific crash that severed three vertebrae.

All money generated from the song was donated to the Stephen Murray Family Fund. 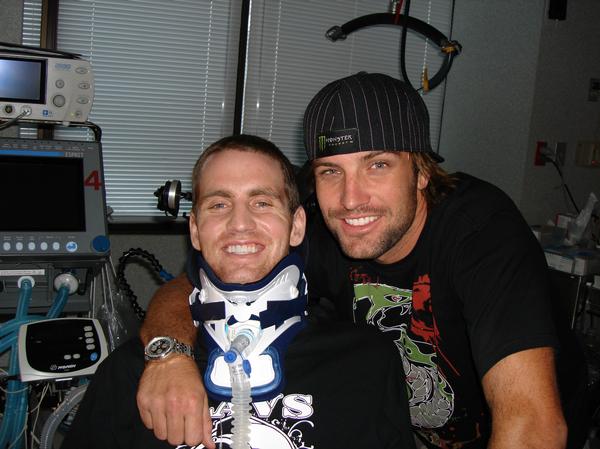 Lavin achieved the childhood dream of millions of kids when he had a video game named after him, "MTV Sports: TJ Lavin's Ultimate BMX."

But perhaps his biggest break outside of BMX occurred when he became host of MTV's The Challenge.

He has hosted the show's 10 seasons since 2005. The 20th overall season of the show, The Challenge: Cutthroat, is currently airing on Wednesday nights.