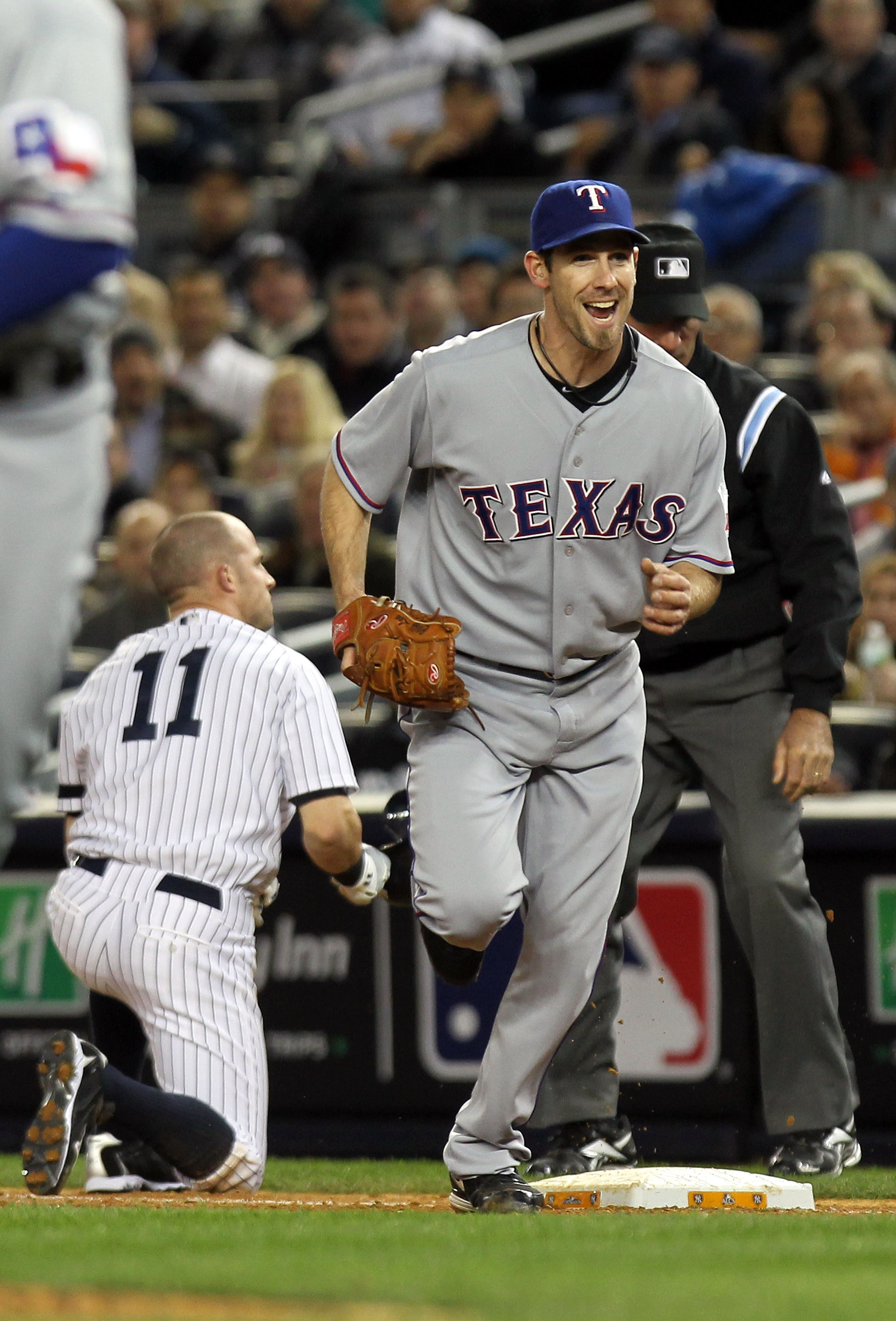 While I knew that Cliff Lee belonged high on this list, choosing the top 10 players from both rounds of the AL playoffs was a somewhat difficult task.  What follows is one man's opinion that you may or may not agree with.

If you were sleeping last night, you may not have heard that the upstart Texas Rangers defeated the venerated New York Yankees, 6-1 to advance to their first-ever World Series since joining the league as the Washington Senators in 1961.

So, who were the top 10 players, including pitchers, in the AL playoffs?

Do we include anybody from the Tampa Bay Rays, who lost in five games to the Rangers in ALDS? Will anyone from the Minnesota Twins—a team with high hopes, but one that played poorly in losing three straight to the Yankees—make the grade?

How does one compare pitchers and position players?

Read on, my friends! 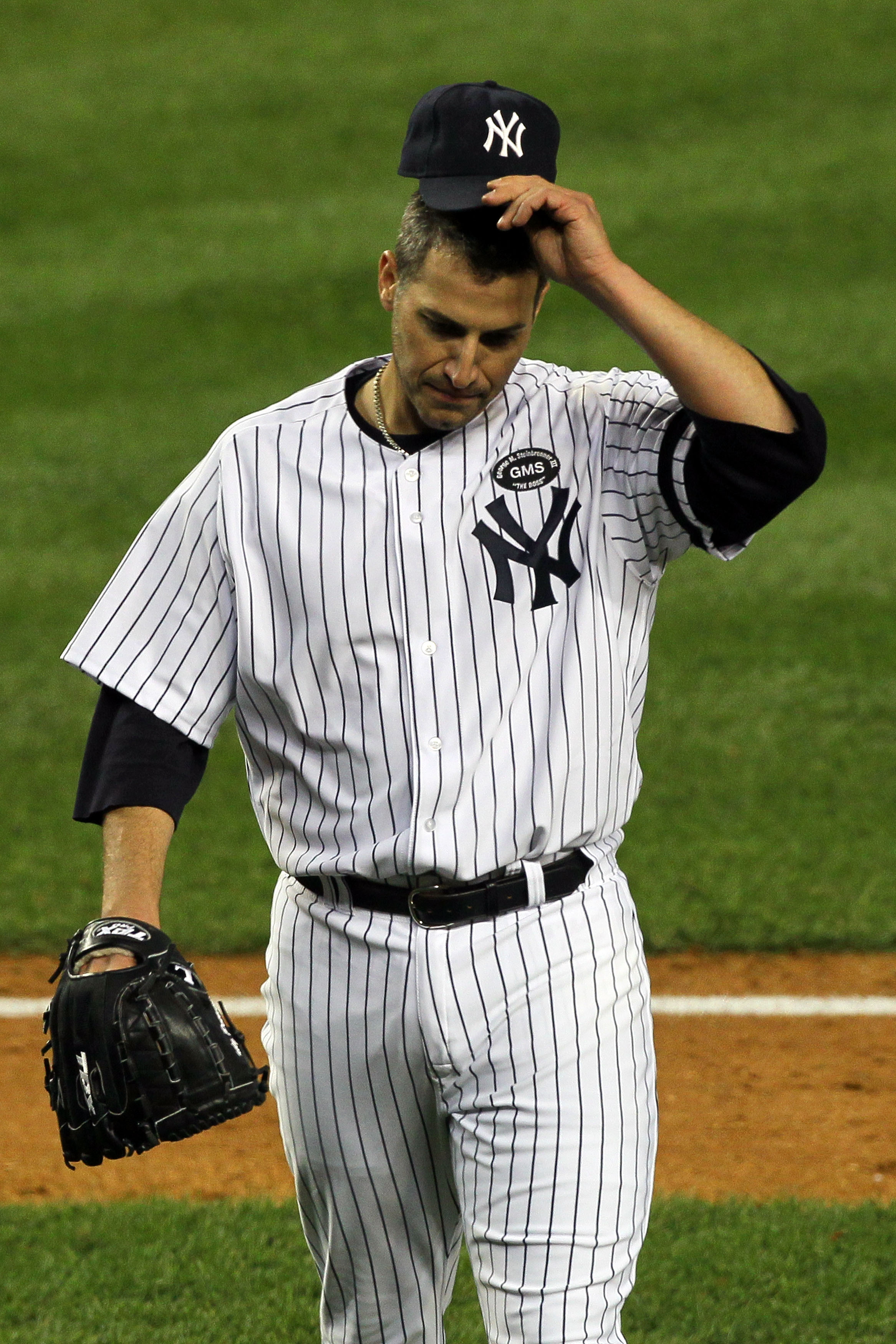 There were a few players I'd like to cite for giving very solid playoff performances, if not quite Top 10.

The "O-Dog" hit in all three games of his series, and finished with a .333 BA, one homer, two RBI and two runs in a losing cause.

Pena did not do much in Games 1, 2 and 5 at home, but did wake up in Games 3 and 4 in Texas.  On a team that underachieved in the ALDS, the veteran first baseman posted a .286 BA, with one HR, four RBI and four runs.

Andy did nothing to tarnish his big game legacy, and finished the playoffs with a 1-1 record and a 2.57 ERA.  In 14 innings, he struck out nine and walked only one. 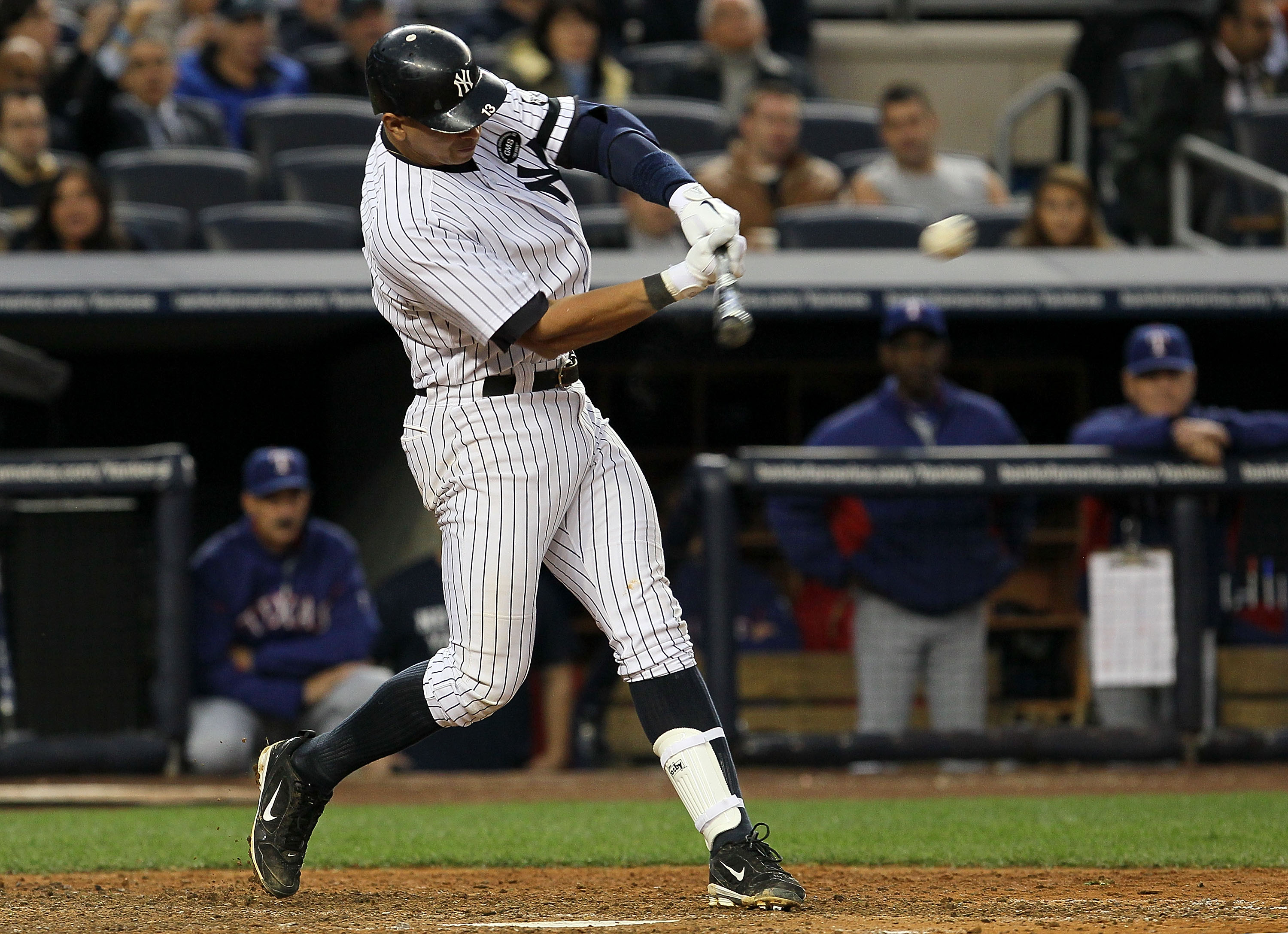 David Price and CC Sabathia will finish very high in the Cy Young balloting, but neither seemed to bring their A-games to the playoffs.

Yes, CC exits the playoffs with a 2-0 record, but he did not pitch particularly well in any of his three starts.  In (only) 16 IP, the big man yielded 22 hits and gave out seven free passes.  His 5.62 ERA was a little plump.

Evan Longoria was playing in pain, but was also painful to watch: .200 BA, one HR, two RBI and two runs.  He also committed two errors in the field. 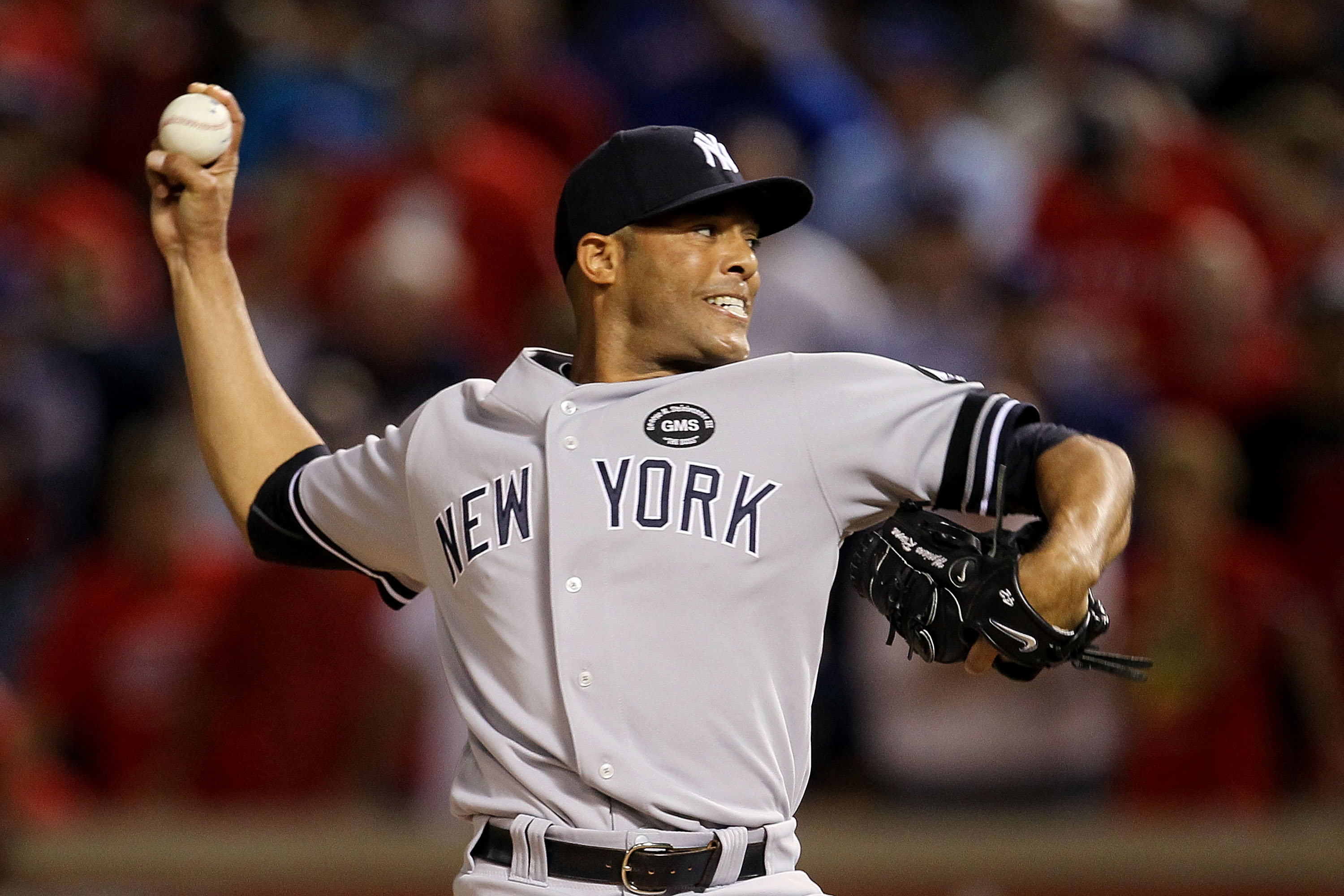 If you watched the TBS coverage of the playoffs, Mariano Rivera finished about 1,000 chalupas for every playoff game he entered, but was flawless for what he was presented with.

The greatest closer of all time entered six games and pitched 6.4 innings, giving up no runs on four hits.  Rivera walked nobody and saved all three of his opportunities.

It was a little surreal seeing him pitch the bottom of the eighth in Game 6 in Texas, down 6-1. 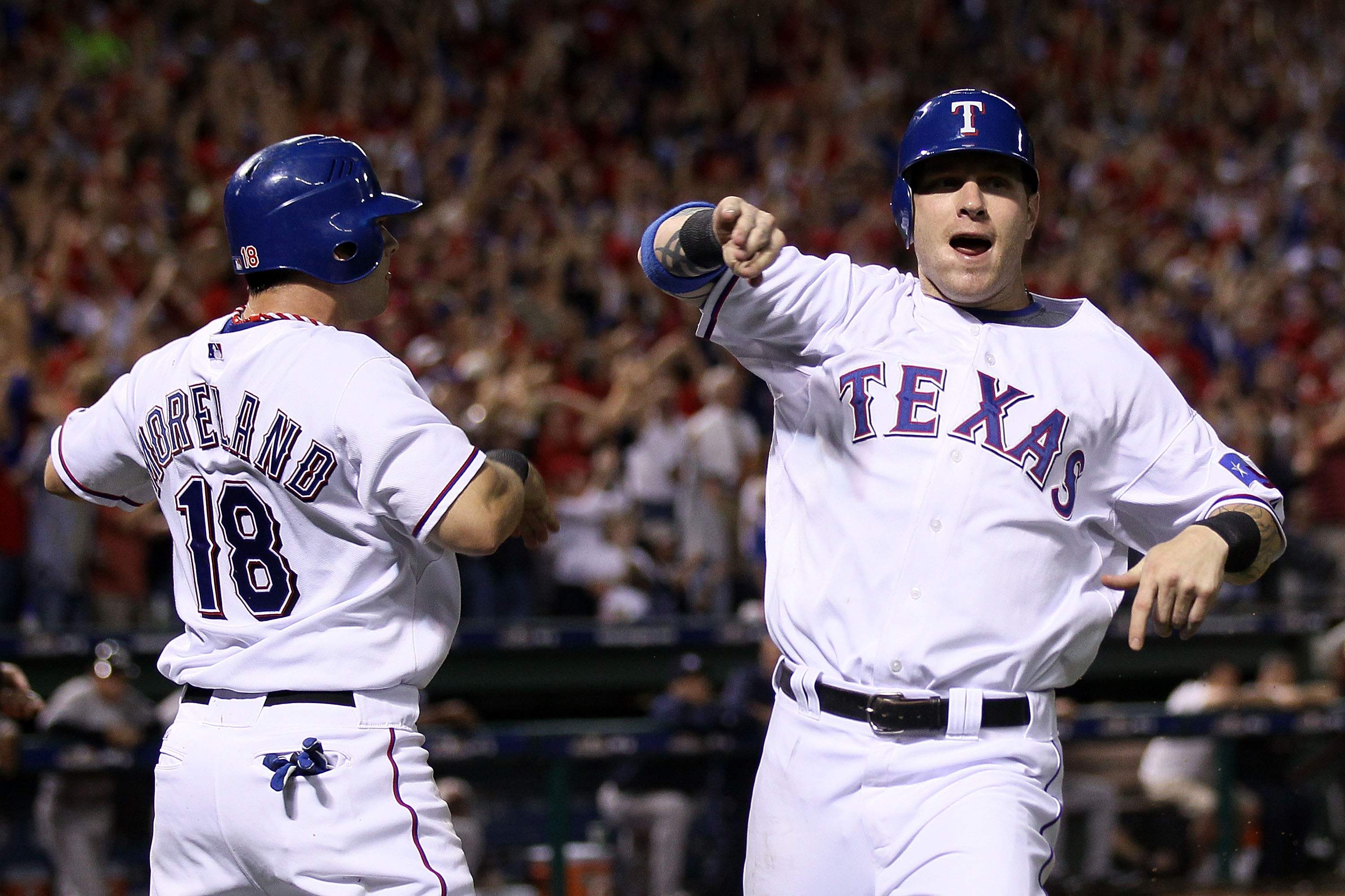 The Rangers center fielder really showcased his talents in the ALCS, after a horrible ALDS.

Perhaps he can be placed a little higher, but his teammates carried him to the ALCS.  To his credit, he absolutely delivered once there. 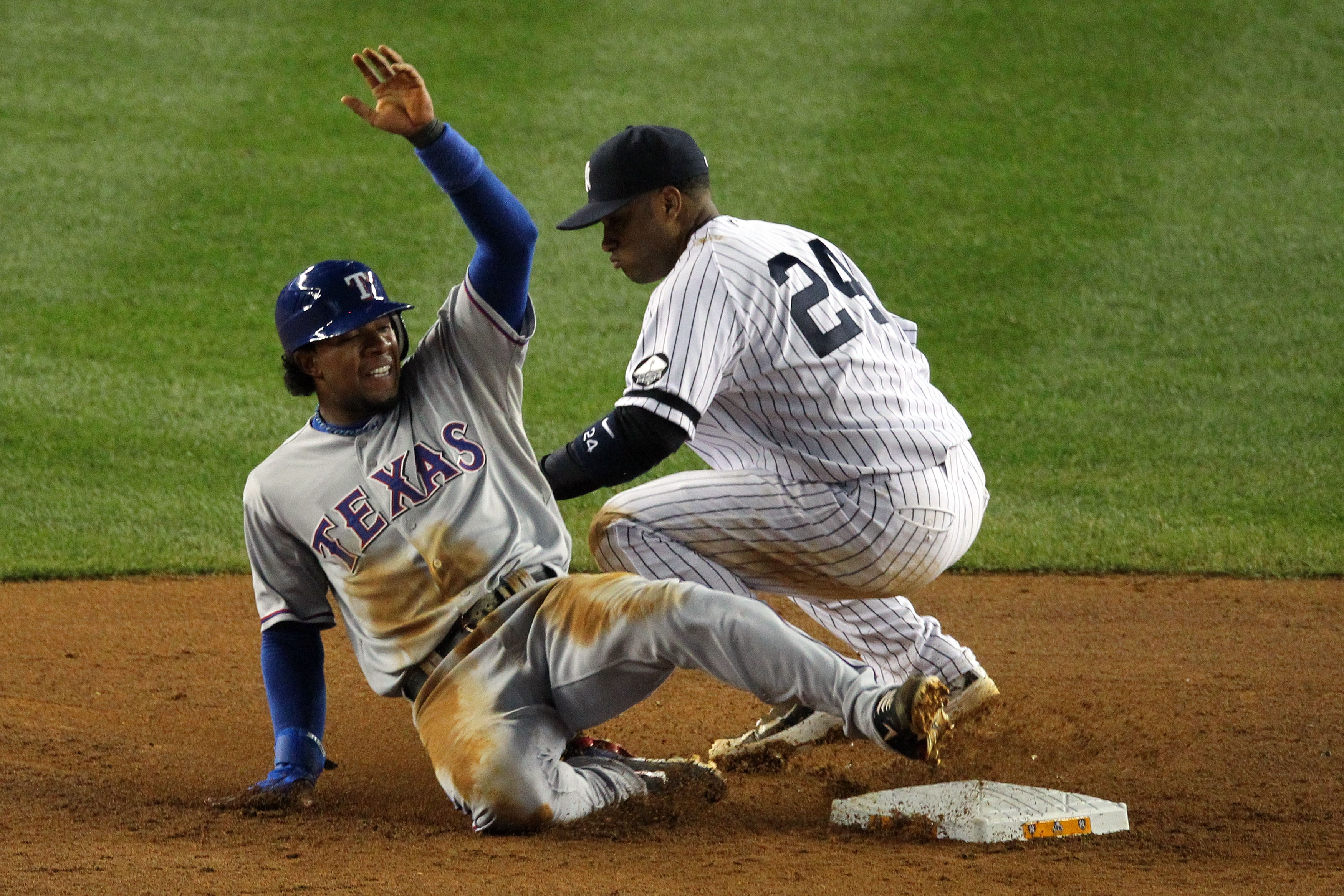 A lot of baseball fans discovered that the 22-year-old shortstop has a lot of game. Andrus played a terrific short, while batting .333 in both series.

The leadoff hitter scored six runs and drove in three, while stealing seven bases in eight attempts. If Texas can maintain its nucleus, this may be only the start of a long and terrific postseason career. 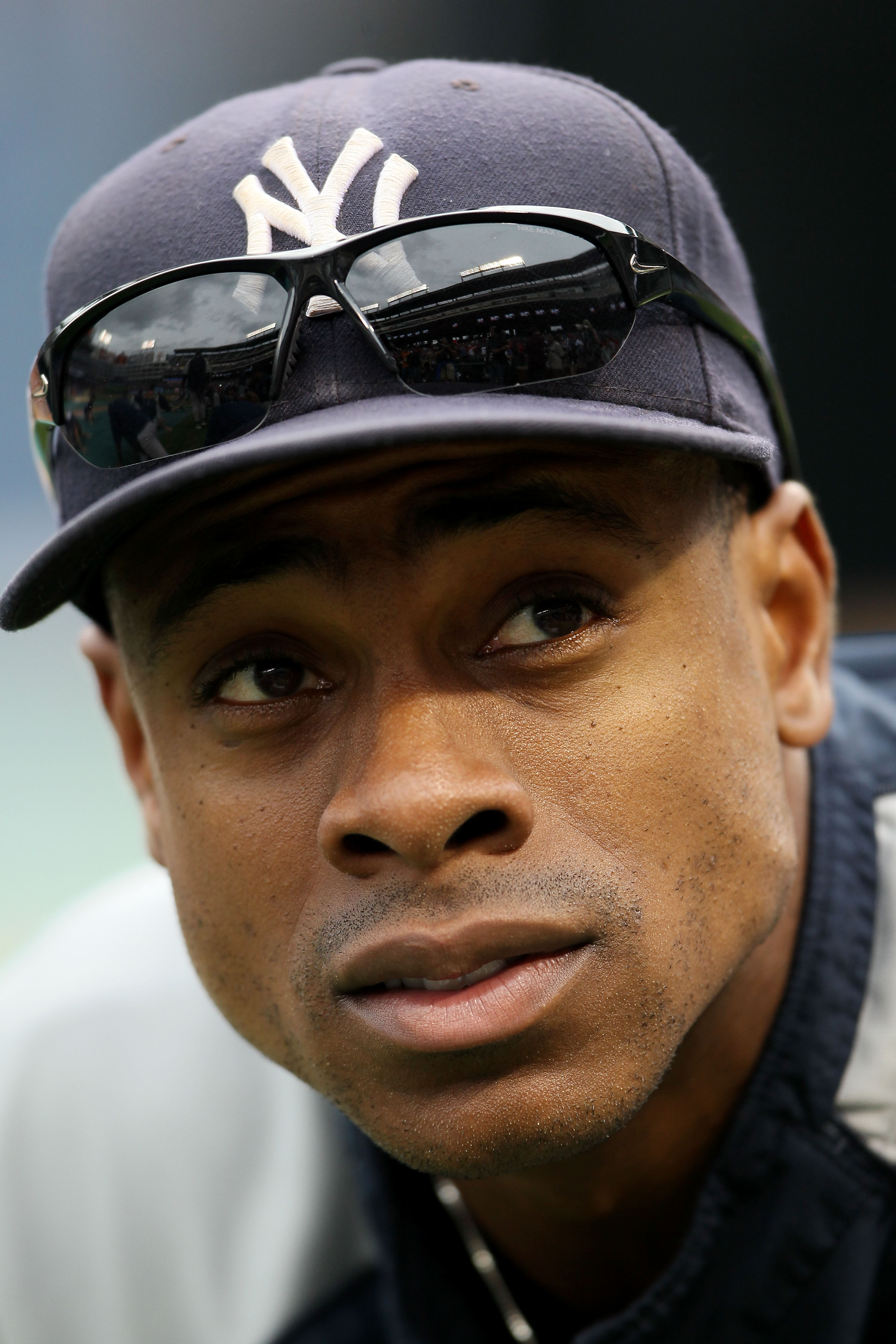 Granderson did not have a great first season in the Bronx, although he played much better down the stretch.

The center fielder continued the positive trend in the playoffs, finishing with .357 BA, one homer, six RBI and three runs.  He also drew eight walks and made several outstanding defensive plays. 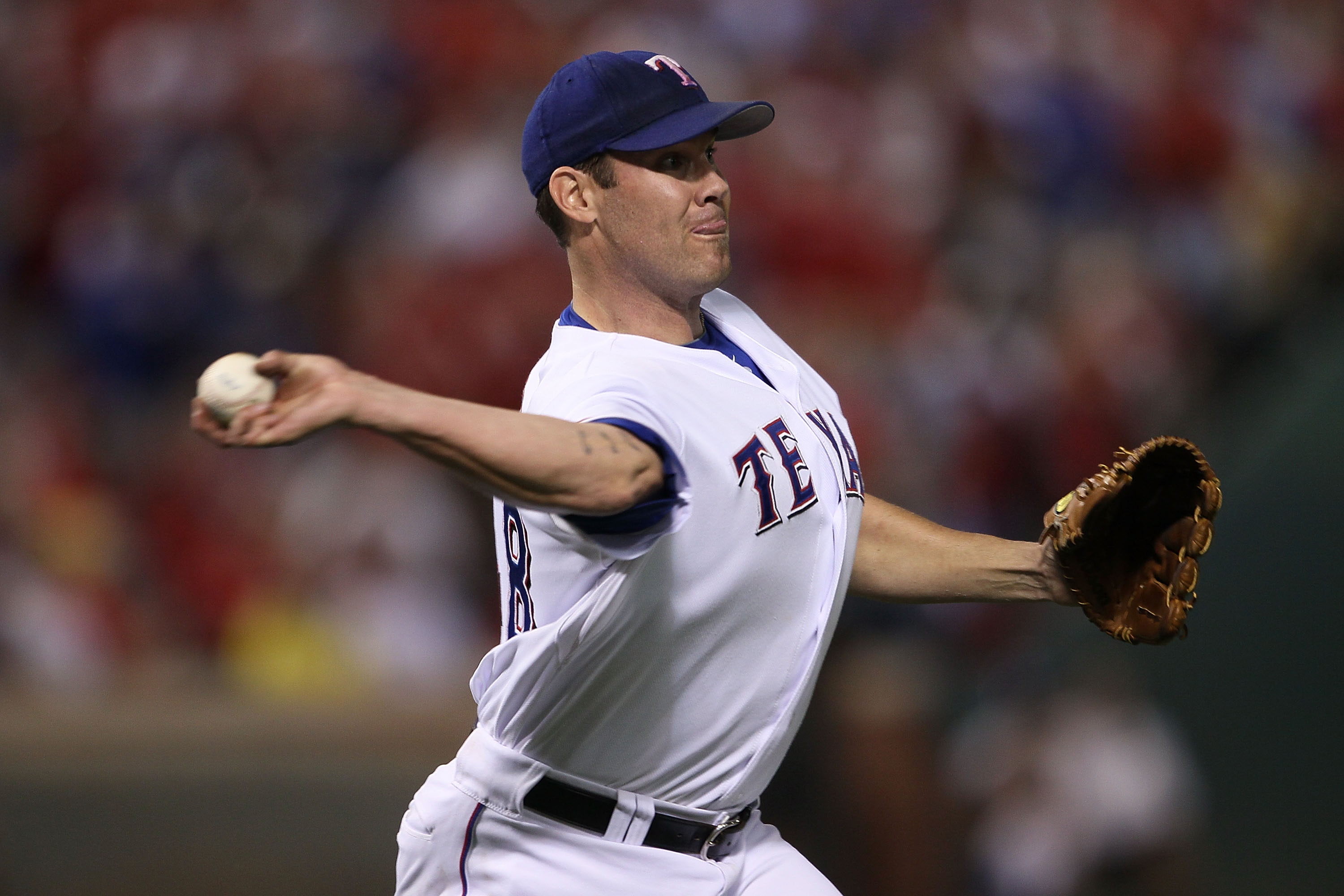 The 31-year-old pitcher has had a so-so career thus far, but what a game he pitched last night in Game 6 to close out the mighty Yankees.

In 8 IP, Lewis gave up only three hits and one run while fanning seven and walking three.

Still, quite a good start to his playoff debut. 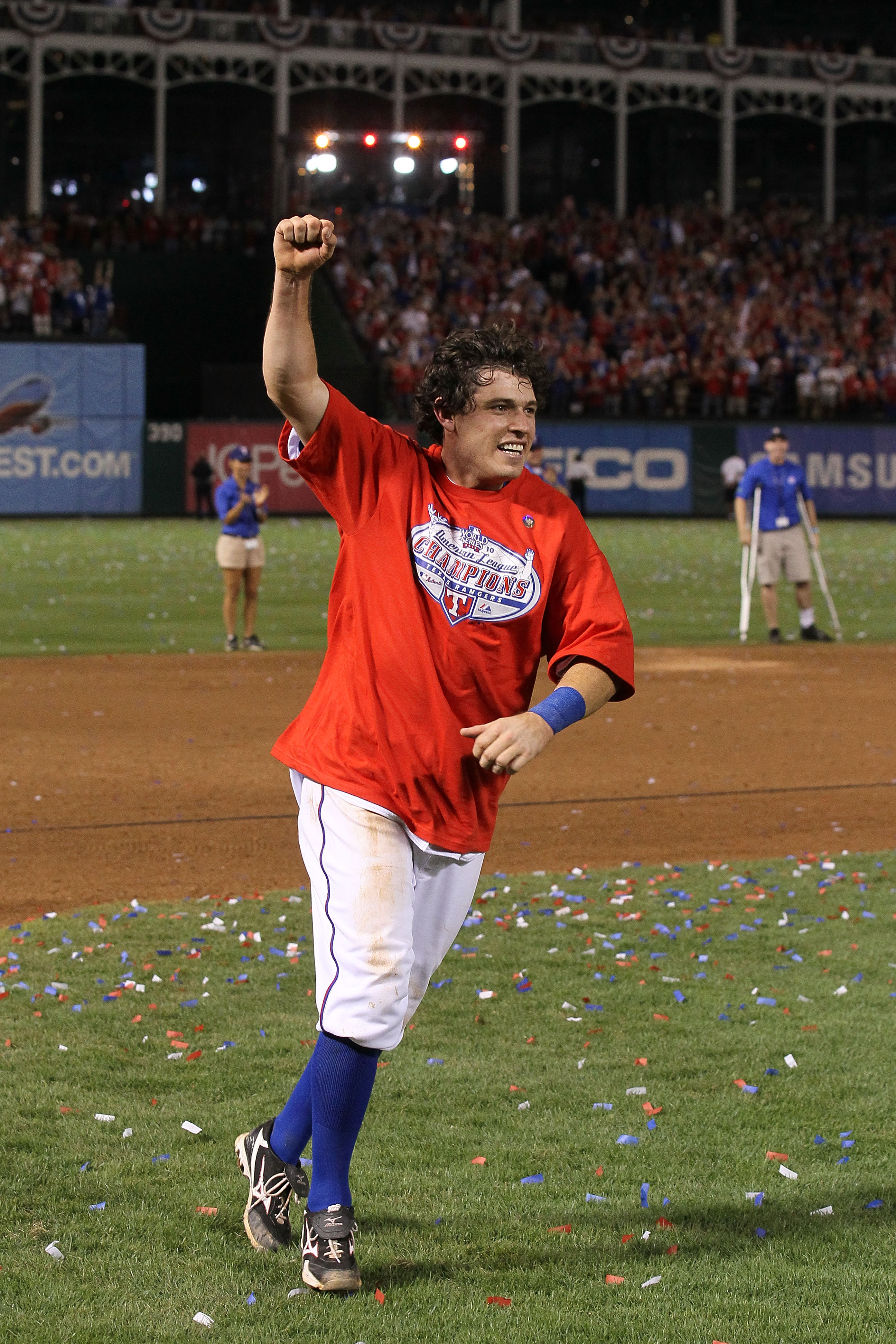 A healthy Ian Kinsler means a lot to the fortunes of the Rangers.

Kinsler had an injury-marred season, but made the most of his first playoff action.

The second sacker hit safely in nine of the 11 games, and posted the following impressive stats: .342 BA, three HR, nine RBI and six runs.  He had an OBP of .409 and an OPS of 1.067 while finding time to pilfer a couple bases. 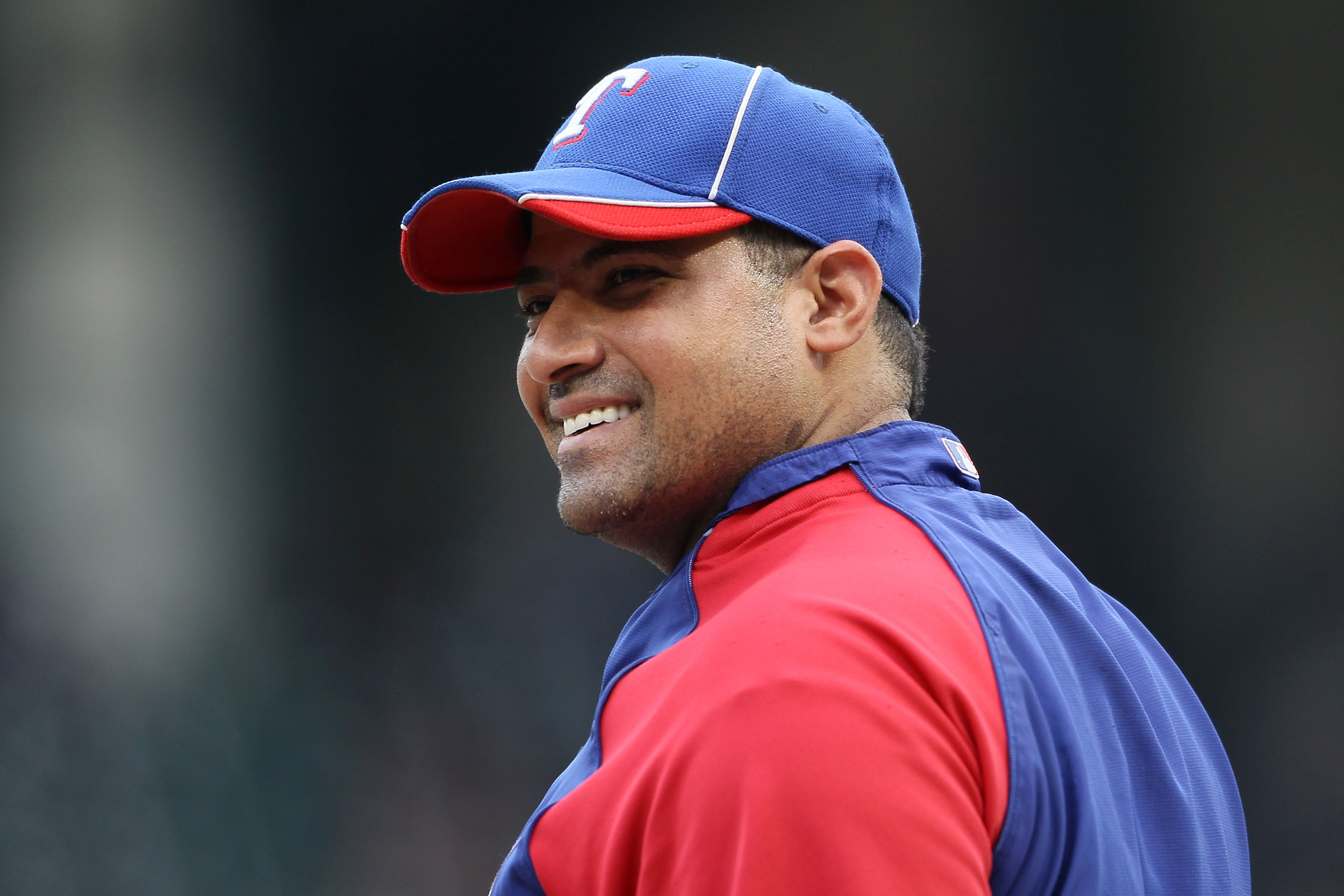 I'll be honest:  I tend to confuse the 36-year-old Bengie with some of the other Catching Molina Brothers and some of the Flying Burrito Brothers as well. See here.

Hey, the music is a little better than the national anthems at AT&T Park, but back to Bengie.

Molina caught nine of the 11 games, and hit .333 with two HR, seven RBI and four runs.  He also stole 12 bases...no, not really.  I must be confusing him with someone else again. 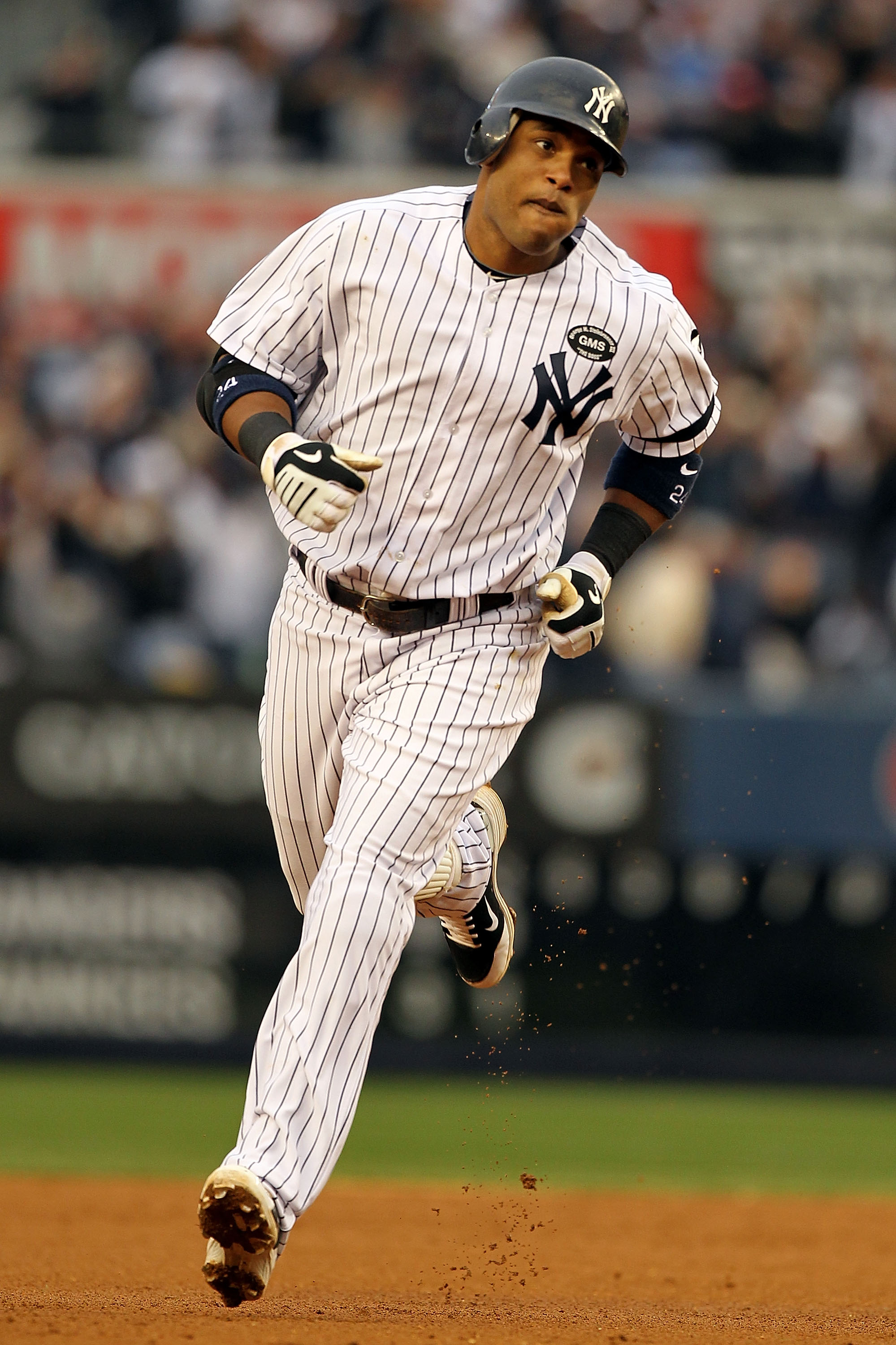 On a team chock full of stars and bigger names, Cano emerged in 2010 as the Yankees best all-around player.  His postseason only added to that unofficial (and subjective) status.

In nine games, Cano hit .343, with four HR, six RBI and eight runs.  An OPS of 1.133 (which would be even higher if he drew walks) and terrific defensive play only added more luster to those gaudy stats. 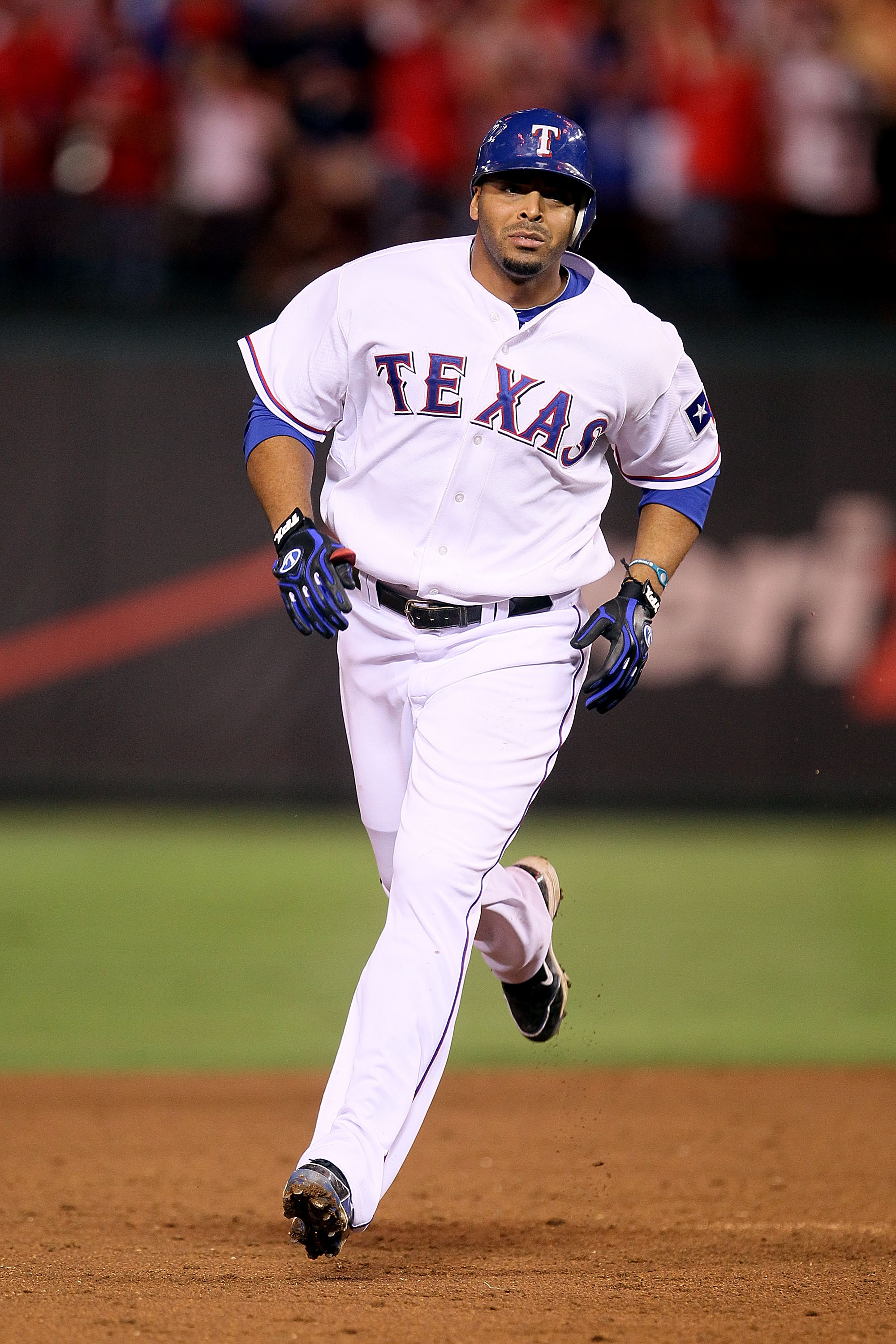 Nelson Cruz was somewhat of a revelation during the AL playoffs.

But this is about the 2010 postseason.

He would be an easy No. 1 choice so far, if it weren't for a guy who graced the playoffs only three times. 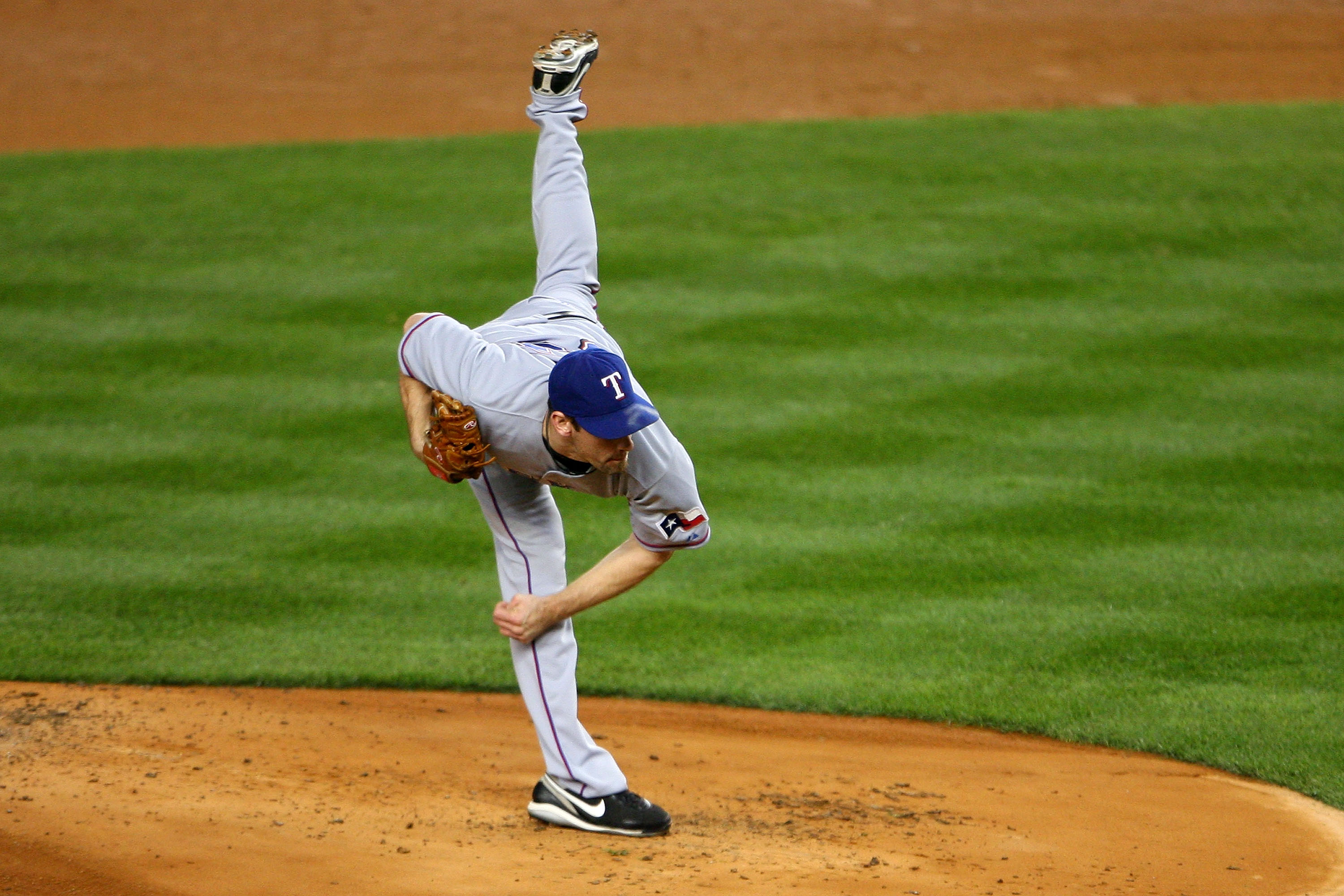 Usually, I would favor a position player (such as Cruz) over a pitcher, but what Clifton Phifer Lee has done so far cannot be ignored, or superseded.

You probably know this instant legend, but let me start by postulating that Lee's first playoff run (2009 with the Phillies) was no fluke!

The most eye-popping stat of Lee's 2010 playoff resume is this:  In 24 IP, the cool, lanky lefty has fanned 34 while walking only one.  I truly did not know that someone could throw strike after strike after unhittable strike like this.

If you're still not convinced, consider this: Lee achieved this against two of the top three scoring offenses (the Rays and Yankees) in baseball.  Oh yes, and all three were road games.  And yes, he did it in Game 1 of the ALDS, the (rubber) Game 5 of the DS and the first game of the ALCS in Yankee Stadium, when the series was tied at one.

Time to stop gushing now...I'm an unabashed Phillies fan, and if "we" win our next two games, he becomes the enemy.

Confession: I love Doc Halladay, and he may even beat Lee head-to-head, but this guy is my favorite pitcher in baseball, and remains cooler than the other side of a cucumber...or something like that.