UFC 121: Cain Velasquez and the Top 10 Mexican Fighters in MMA 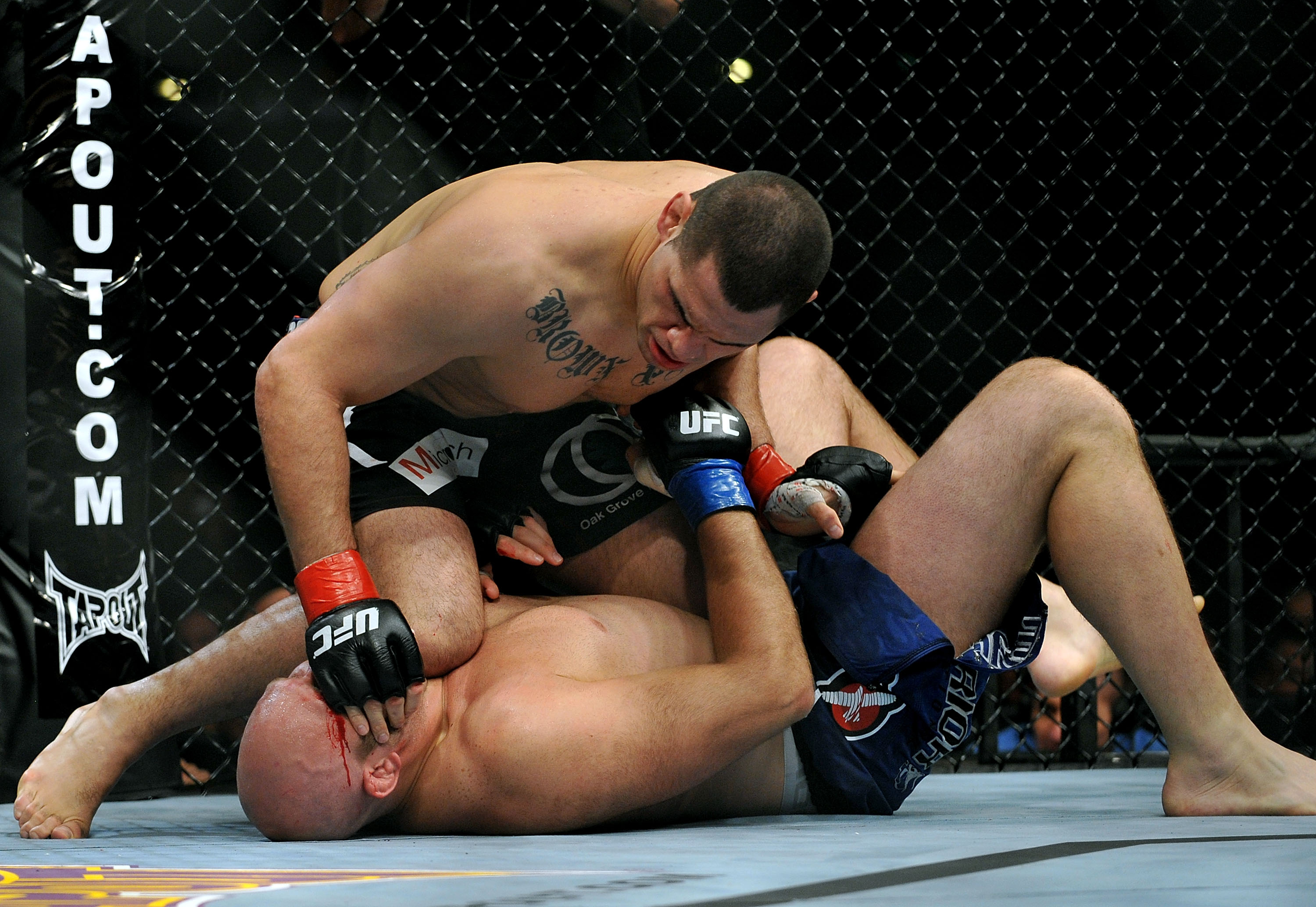 In the mixed martial arts world, fighters come from all over with a variety of different styles.

Cain Velasquez will be fighting for the UFC heavyweight title against Brock Lesnar this Saturday and will get a chance to be the first Mexican heavyweight champion.

Latin America has been a hot bed for MMA with not only Brazil, but people of Mexican origin.

These are the top 10 Mexican fighters in MMA. 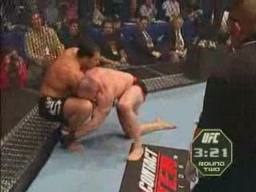 Ricco Rodriguez (44-11) is half Puerto Rican and half Mexican and is a former UFC heavyweight champion.

Rodriguez defeated Randy Couture back in 2002 at UFC 39 to win the Heavyweight title, but since then, he's been in quite a bit of a slump and has fought for the smaller shows.

Now, Rodriguez has finally lost some weight and has looked better but still not at the elite level.

I put Rodriguez on here as a blast from the past.

Leonard Garcia (14-6-1) is a Mexican/American fighter synonymous for his go for broke style of striking and trains out of Greg Jackson's camp in Albuquerque, New Mexico.

Garcia fights for the WEC and competes in the featherweight division.

Nate Diaz (13-5) is a Mexican/American who originally made waves in the UFC after winning the "Ultimate Fighter" season five in the lightweight division and trains out of Stockton, California.

After losing a very close fight to Gray Maynard, Diaz made a jump to the welterweight division.

In Diaz's last fight, Diaz outboxed Marcus Davis for three rounds and then won the fight via guillotine choke. 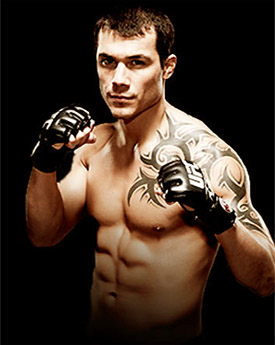 Roger Huerta (21-4-1) is of Mexican and Salvadoran descent and one of the most famous fighters in the lightweight division after being featured in Sports Illustrated.

Earlier this year, Huerta was involved in a street brawl that was captured on the TMZ cameras involving a man who had previously struck a woman, and Huerta would chase after the gentleman and beat him up.

Huerta is scheduled to fight Eddie Alvarez for the Bellator lightweight title this Thursday at Bellator 33. 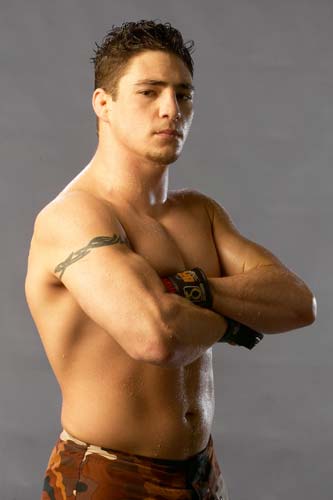 Diego Sanchez (21-4) is a Mexican/American who trains out of the Arena MMA gym and once trained at the notorious Greg Jackson's camp.

Sanchez won the first season of the "Ultimate Fighter" and was ranked top 10 in both the lightweight and welterweight divisions.

Currently, Sanchez is riding a two-fight slump with losses to B.J. Penn and John Hathaway.

At UFC 121, Sanchez will get a chance to get back on track in the welterweight division when he fights Paulo Thiago.

Former UFC light heavyweight champion Tito Ortiz (15-7-1) has made it no secret about his Mexican background as he has waived the green, white and red flag prior to his bouts in the octagon.

"The Huntington Beach Bad Boy" has never been one to shy away from trash talk, however, he hasn't been to active in the octagon as of late and has gone 0-3-1 in his last four bouts.

Ortiz is a Mexican/American and will be fighting Matt Hamill on Saturday night at UFC 121 in Anaheim, California. 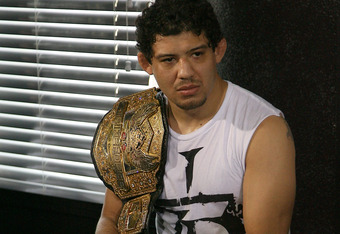 Gilbert "El Nino" Melendez (18-2) is the current Strikeforce lightweight champion and is ranked as one of the top five lightweights in the world.

Melendez is a Mexican/American fighter that trains out of the Cesar Gracie gym.

Earlier this year, Melendez dominated DREAM lightweight champion Shinya Aoki to solidify himself as one of the best lightweights in the world. 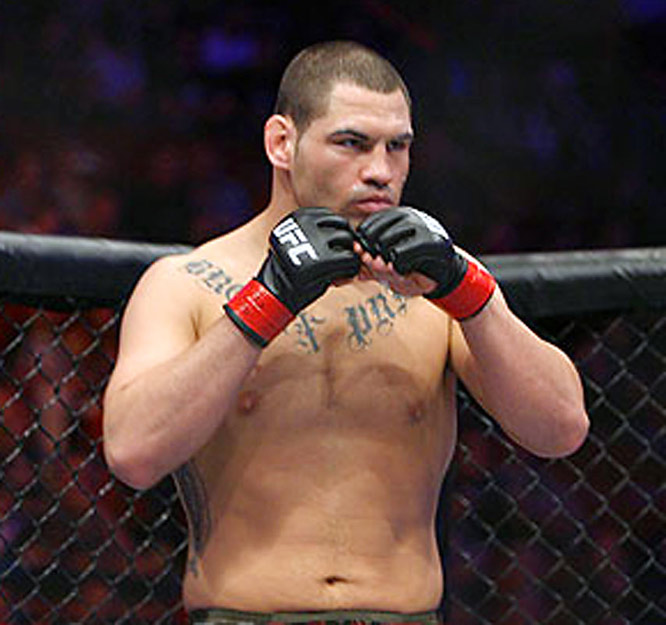 Cain Velasquez (8-0) is a Mexican/American heavyweight who has the conditioning and work rate of a lightweight fighter.

Velasquez has improved leaps and bounds since making his debut in the octagon.

This Saturday night, Cain Velasquez will get a chance at the UFC heavyweight title when he faces Brock Lesnar. 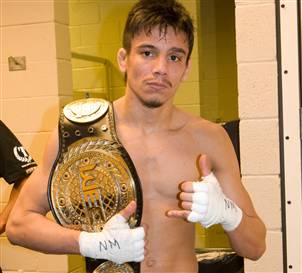 Miguel Torres (38-3) is the former WEC bantamweight champion and at one point was ranked among the pound-for-pound elite in the sport of mixed martial arts.

Torres is a Mexican/American who used to solely train out of his own gym in Indiana, but after back-to-back losses to Brian Bowles and Joseph Benavidez, he has moved to the Tristar Gym to learn under Firas Zahabi.

In Torres's last fight, he dominated Charlie Valencia and submitted him via rear naked choke. 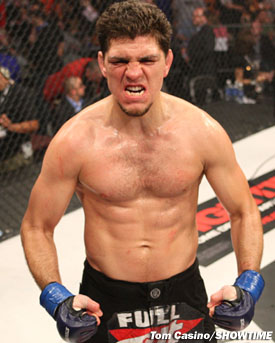 Nick Diaz (23-7) is a Mexican/American fighting out of Stockton, California and is the current reigning Strikeforce welterweight champion.

Diaz, in his last few fights, has shown that he is one of the best boxers in the sport of mixed martial arts.

At Strikeforce: Noons vs. Diaz 2, Diaz was able to avenge his only loss in the last three years when he outboxed the boxer in K.J. Noons.