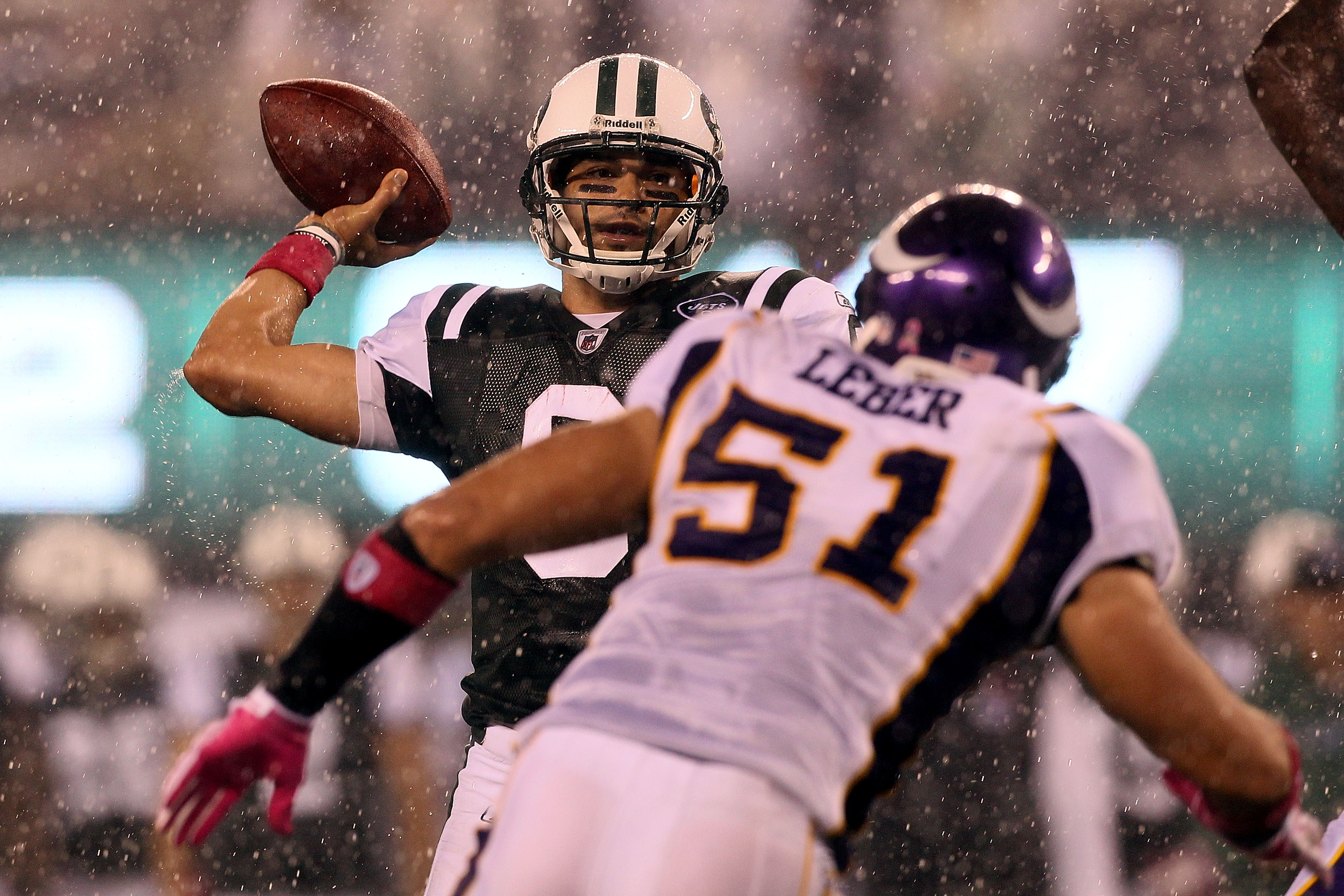 If you've been a football fan for a while, you've likely engaged at least once in the debate of "Who's the greatest quarterback of all-time?"

Was it Montana with all his rings?

Depending on the logic you choose to use, all of those current or future Hall of Famers have exhibited a level of "greatness" that most quarterbacks can't come close to. Do you base your opinion on Super Bowls? How about winning percentage? Fourth quarter comebacks? What about quarterback rating, passing yards, or touchdowns?

Truth be told, there is no single formula that will ever remove the ambiguity of what one stat fans see as more important than another, but let's give it a shot anyway.

So who are the best quarterbacks to this point in the 2010 season? Here are my top 10 based upon the following calculation: 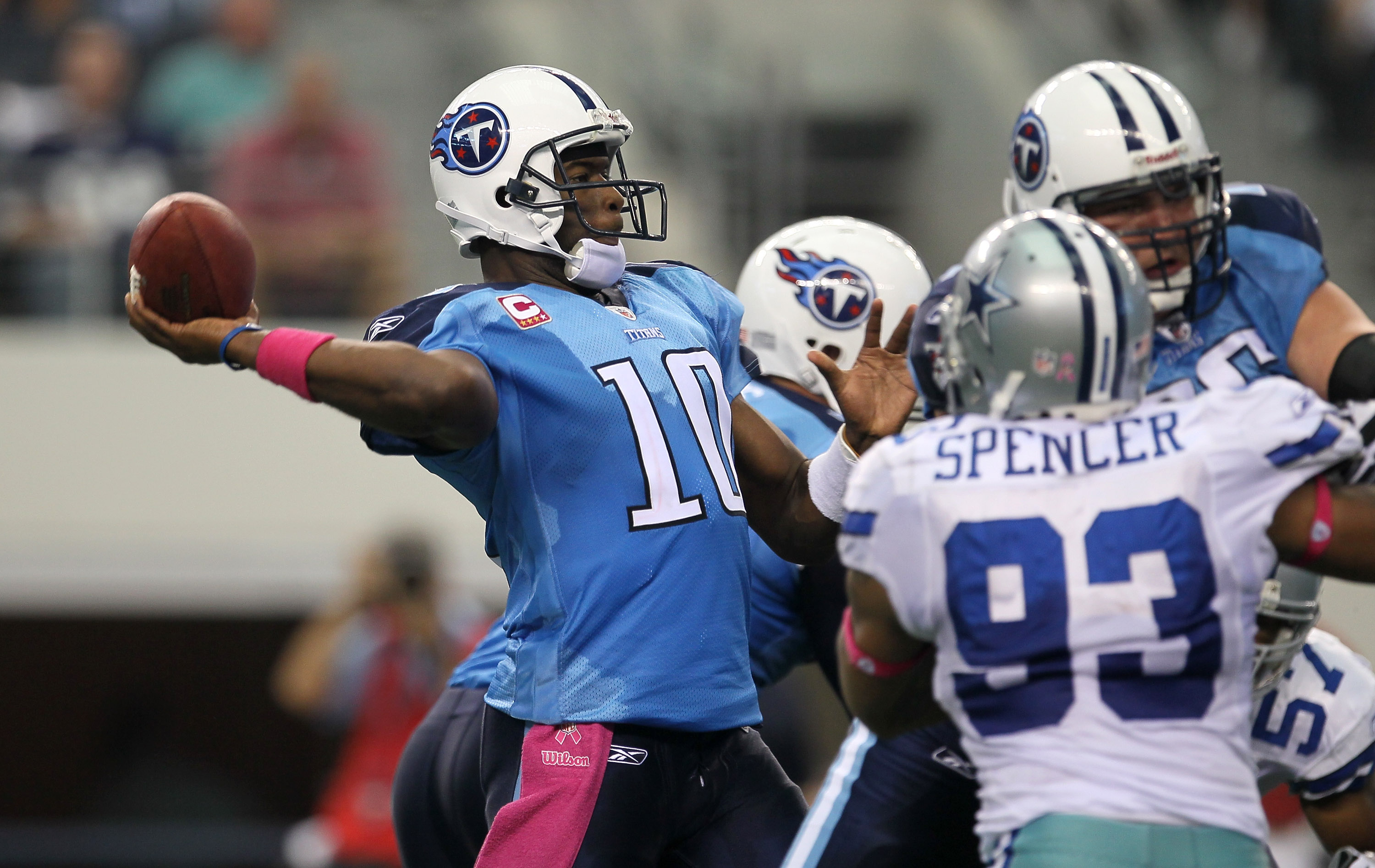 Young is the perfect example of a quarterback whose team wins (3-2) in spite of the fact that he doesn't throw the ball all over the field. He has passed for just 136.8 yds per game but he has been efficient, throwing for 6 TDs to just 2 Ints. 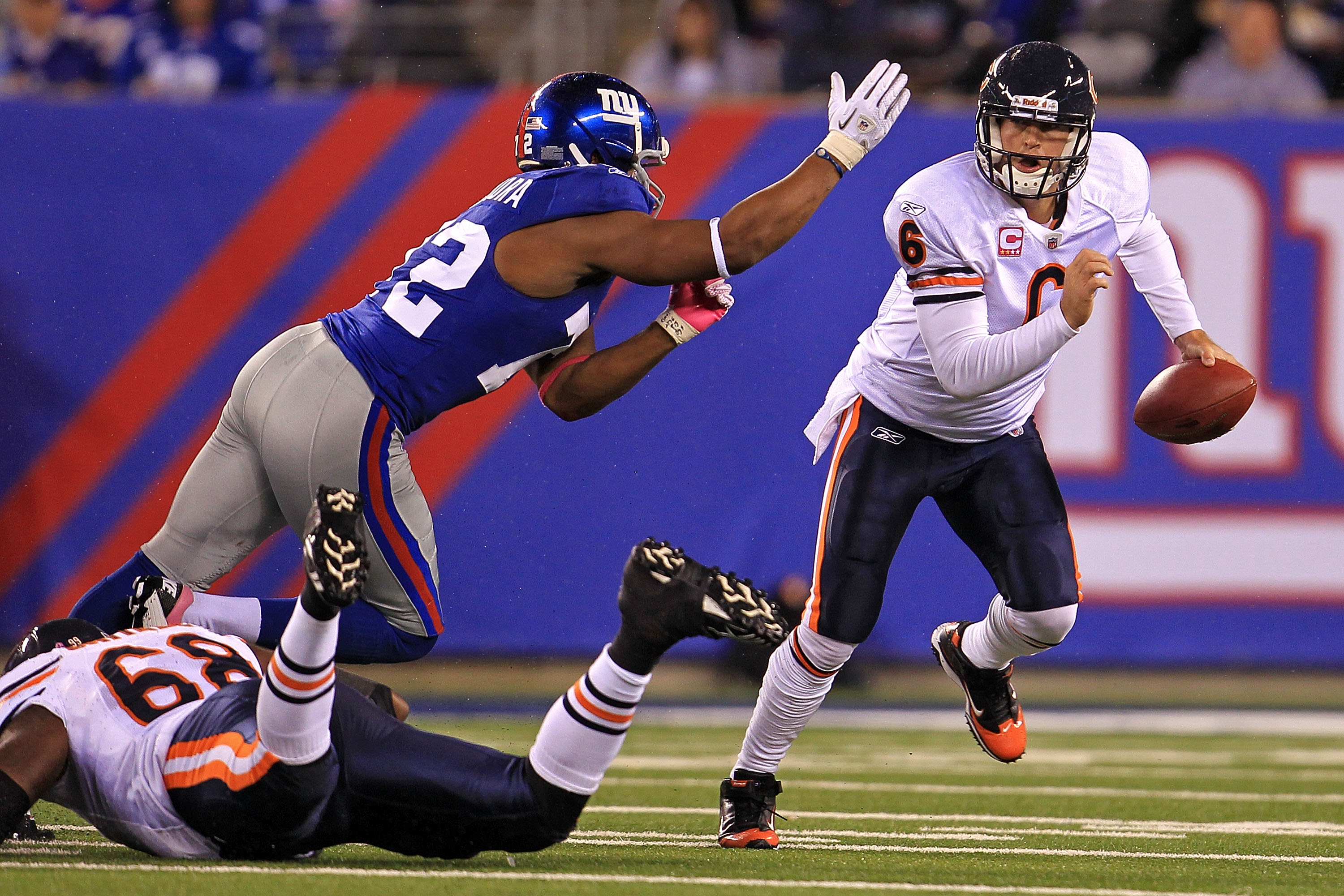 Cutler would've been much higher on the list if not for the concussion that forced him to miss last week's win over the Carolina Panthers. His passer rating of 102.2 is good for 5th in the league, and he's completing 67% of his passes. 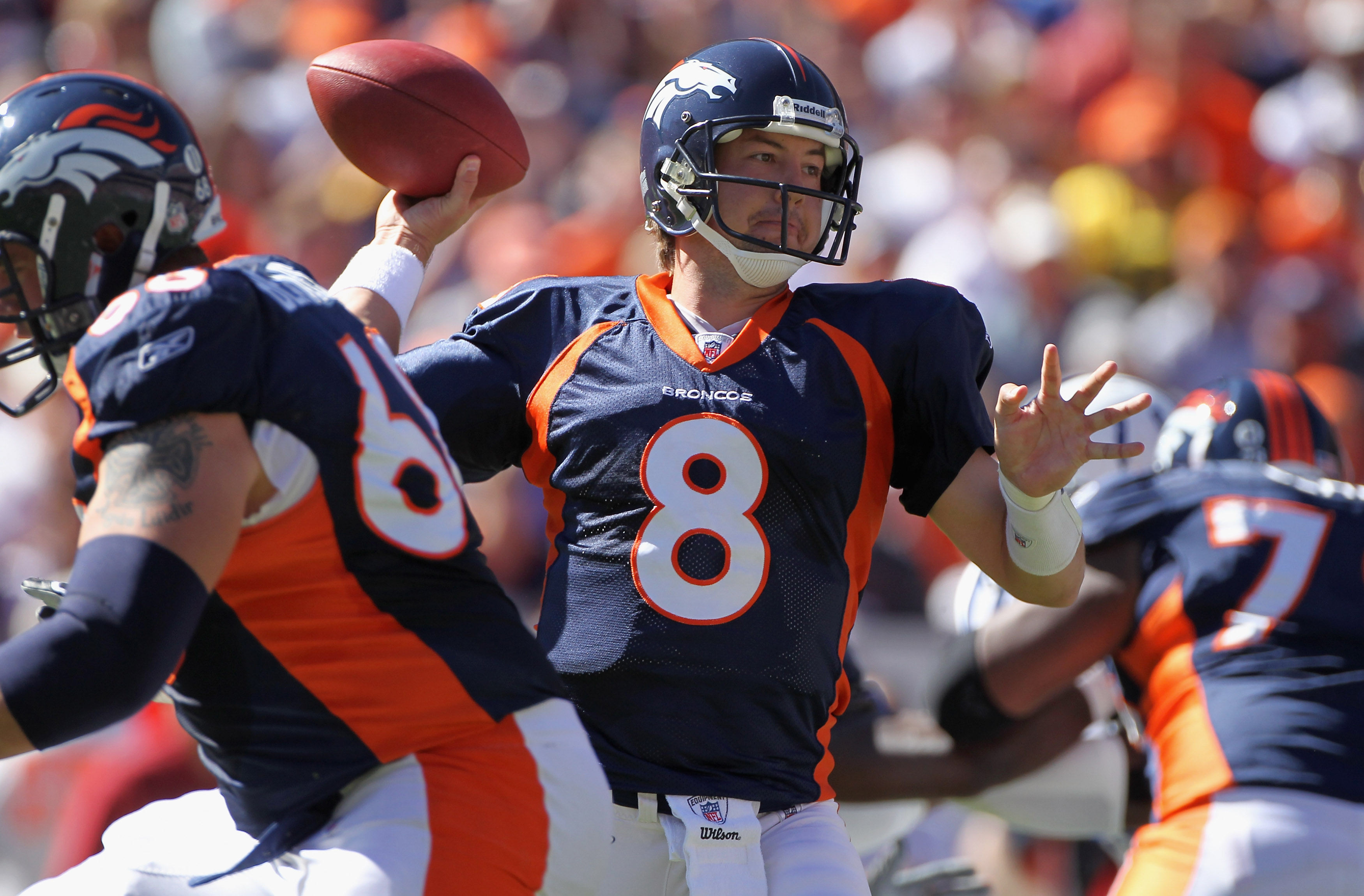 The Broncos are 4th in the NFL in total yards, largely because of Orton's 346.6 yds passing per game. In fact, if not for Orton and the passing game Denver wouldn't have much on offense at all. What hurts Orton's score the most is the fact that for all the yards the offense has gobbled up this season, they've only put up 104 pts in five games and are 2-3. 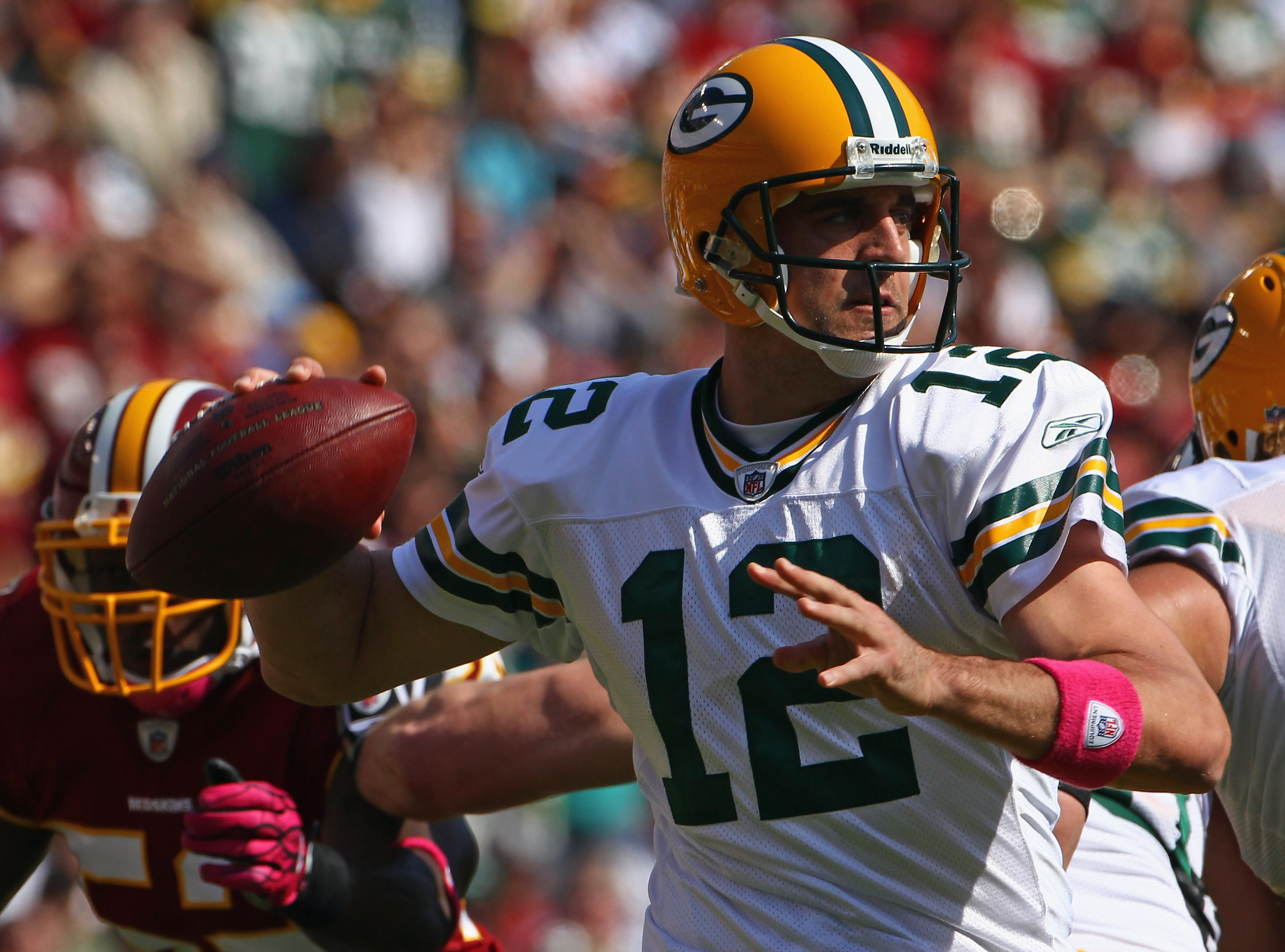 The quarterback that many fantasy football owners believed would have a breakout season in 2010, Rodgers has the most interceptions of anyone on the list with 6. He has also been hurt by the loss of safety valve Ryan Grant and now tight end Jermichael Finley. 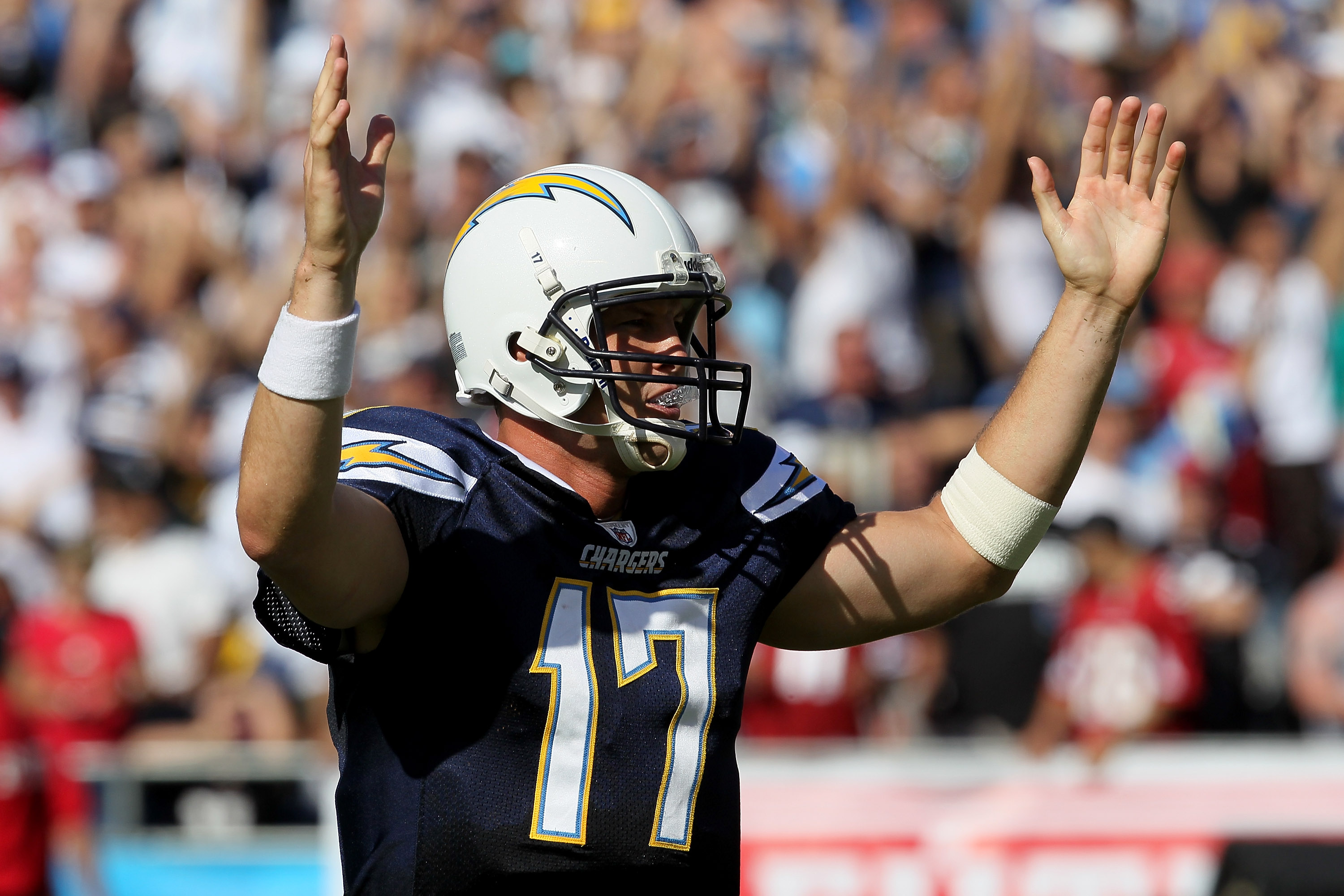 Rivers is the 2010 version of Dan Marino in the mid-80s. He leads the league in yards per game (351.8) and touchdowns (11) but with only 2 wins, his team is the losingest of the remaining quarterbacks on the list. 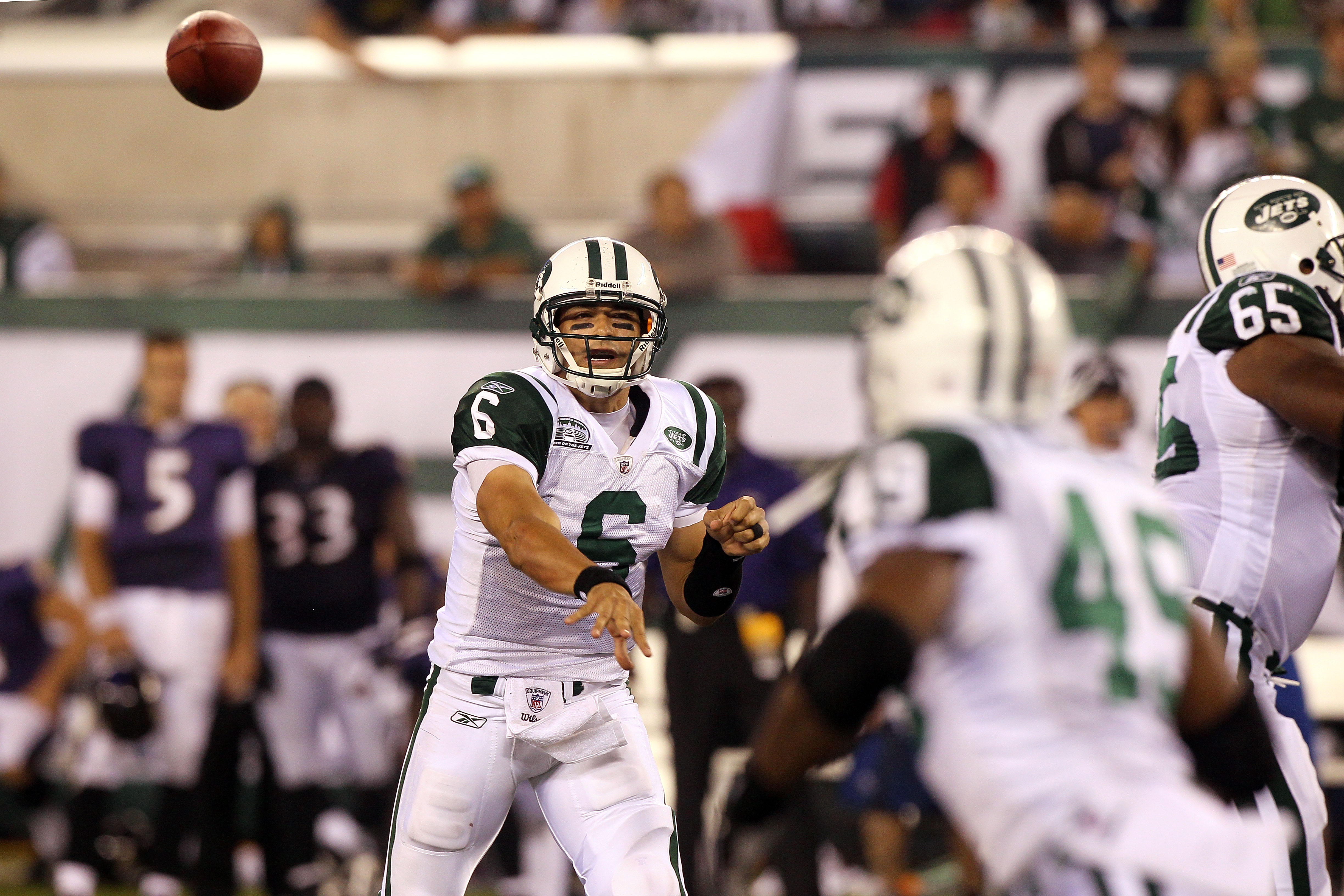 Probably the biggest surprise on the list, is the Jets' Sanchez at #5. Much like his college career at Southern Cal, he has done an excellent job of managing the offense for the Jets. His team is 4-1 this season and to go with his 8 touchdowns Sanchez is the only full-time starter in the league who has yet to throw an interception. 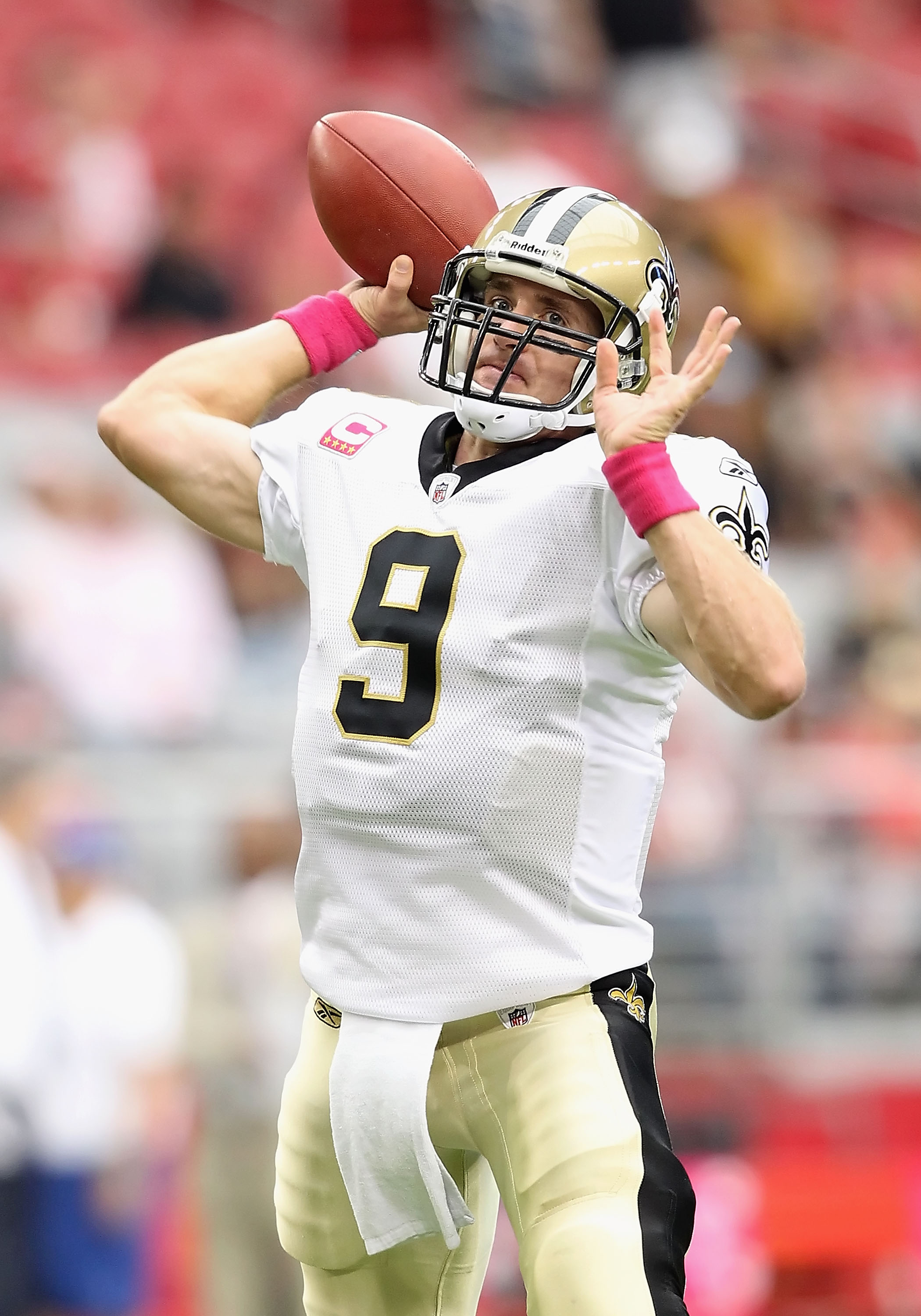 Last year's Super Bowl MVP continues to show the rest of the league he is one of the elite signal-callers in the NFL. Despite losing one of his most reliable weapons in the passing game in Reggie Bush, Brees continues to do a great job reading defenses and spreading the ball around as seven different Saints have caught double-digit passes. 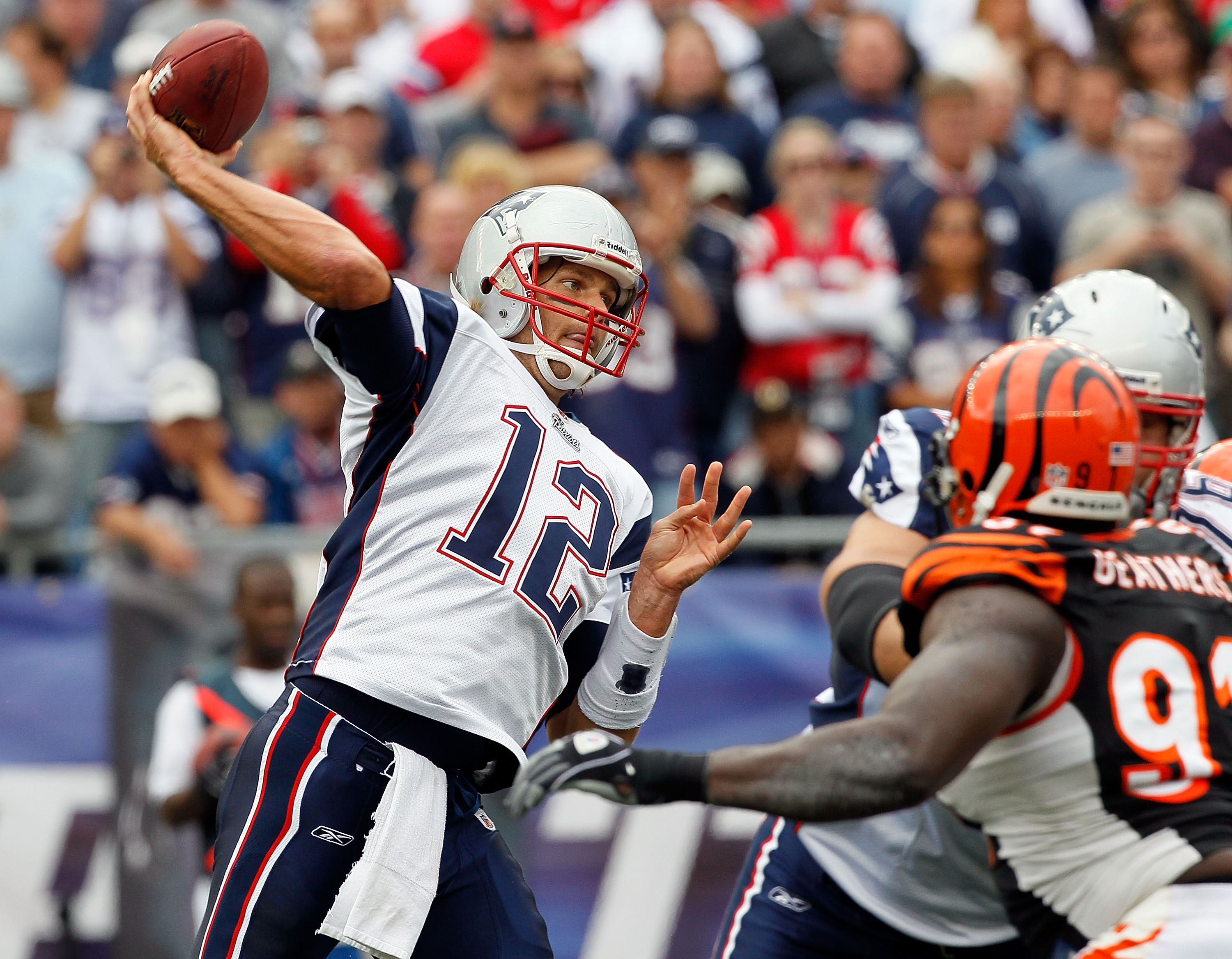 Year after year, Brady is one of the most consistent quarterbacks in the NFL, and this year is no different. His 109.0 passer rating and his team's 55% conversion rate on third downs leads the league. Despite the recent trade of receiver Randy Moss, there's no reason to believe Brady will miss a beat after the acquisition of former teammate Deion Branch and the emergence of rookie tight end Aaron Hernandez. 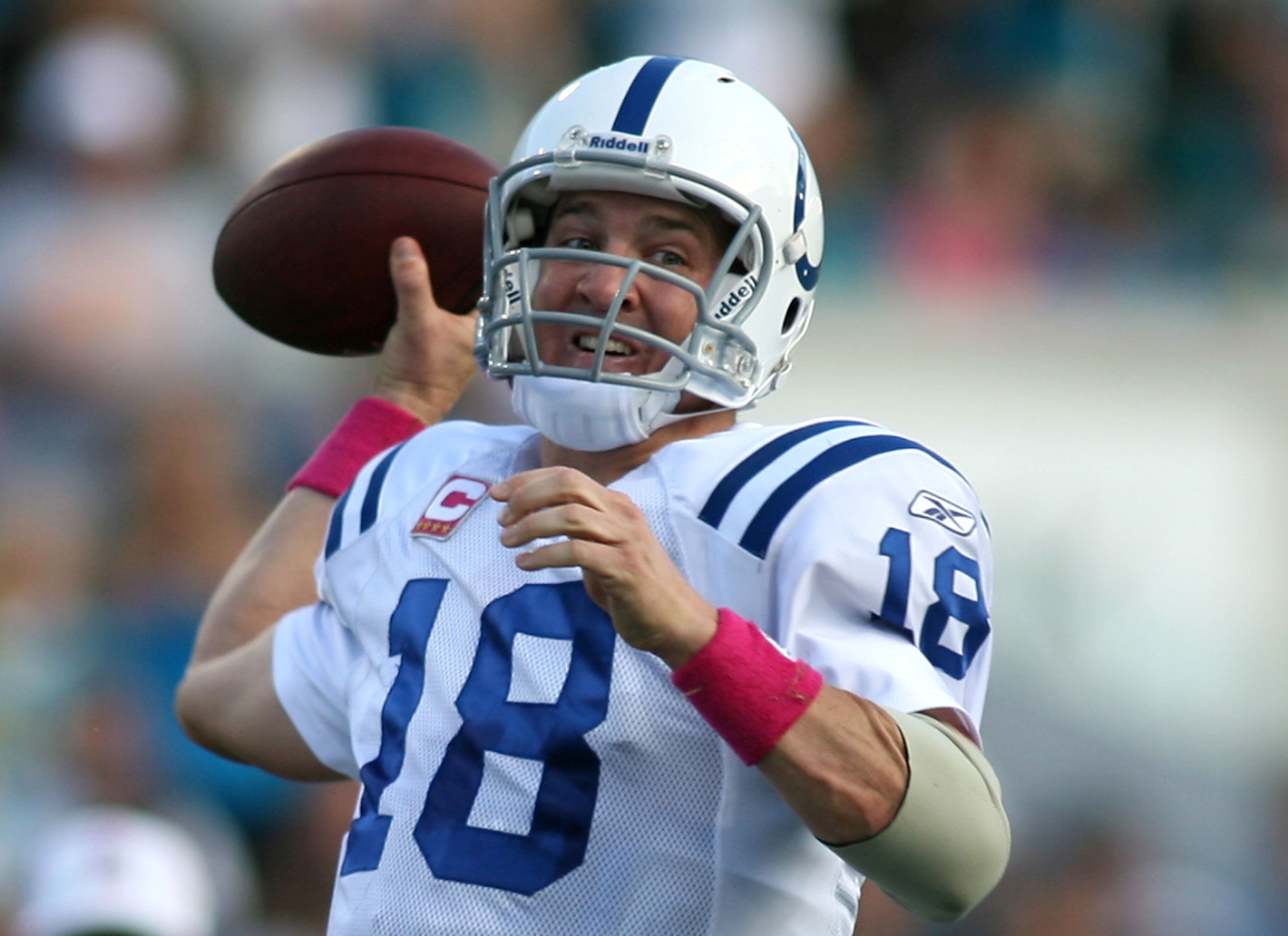 If Manning had to play against a Romeo Crennel coached defense each week, he wouldn't even be in the top 10. However, the Colts won't see the Crennel-led Chiefs' defense unless they meet again in the playoffs, and Manning will likely continue leading his team to yet another 10+ win season and trip to the playoffs. 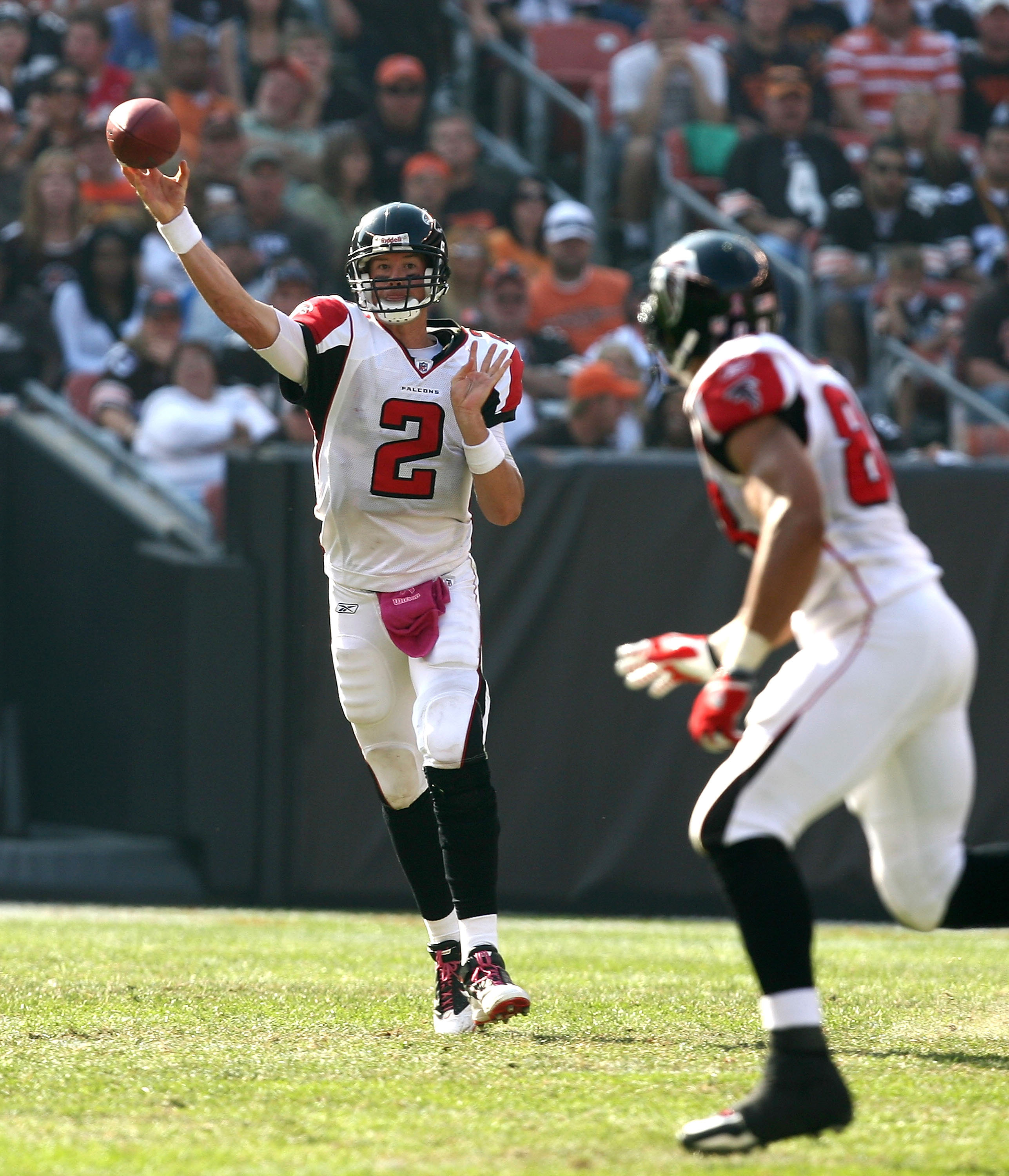 Ryan has the Falcons' offense clicking on all cylinders so far in 2010, as they lead the NFC with a 4-1 recordMatt Sullivan/Getty Images

Bet you didn't see this one coming, did you?

Ryan has one of the league's premier wide receivers in Roddy White, and tight ends in Tony Gonzalez to throw to. It also helps that the Falcons are more of a balanced offense behind the running of backs Michael Turner and Jason Snelling.

Of course, when the Falcons fortunes are put on the arm of Ryan, he usually comes through as evidenced by his 7:3 touchdown to interception ratio and his team's 46% conversion rate on third downs. Tied with Manning in points (764.4), he gets the nod by leading his team to 4 wins.