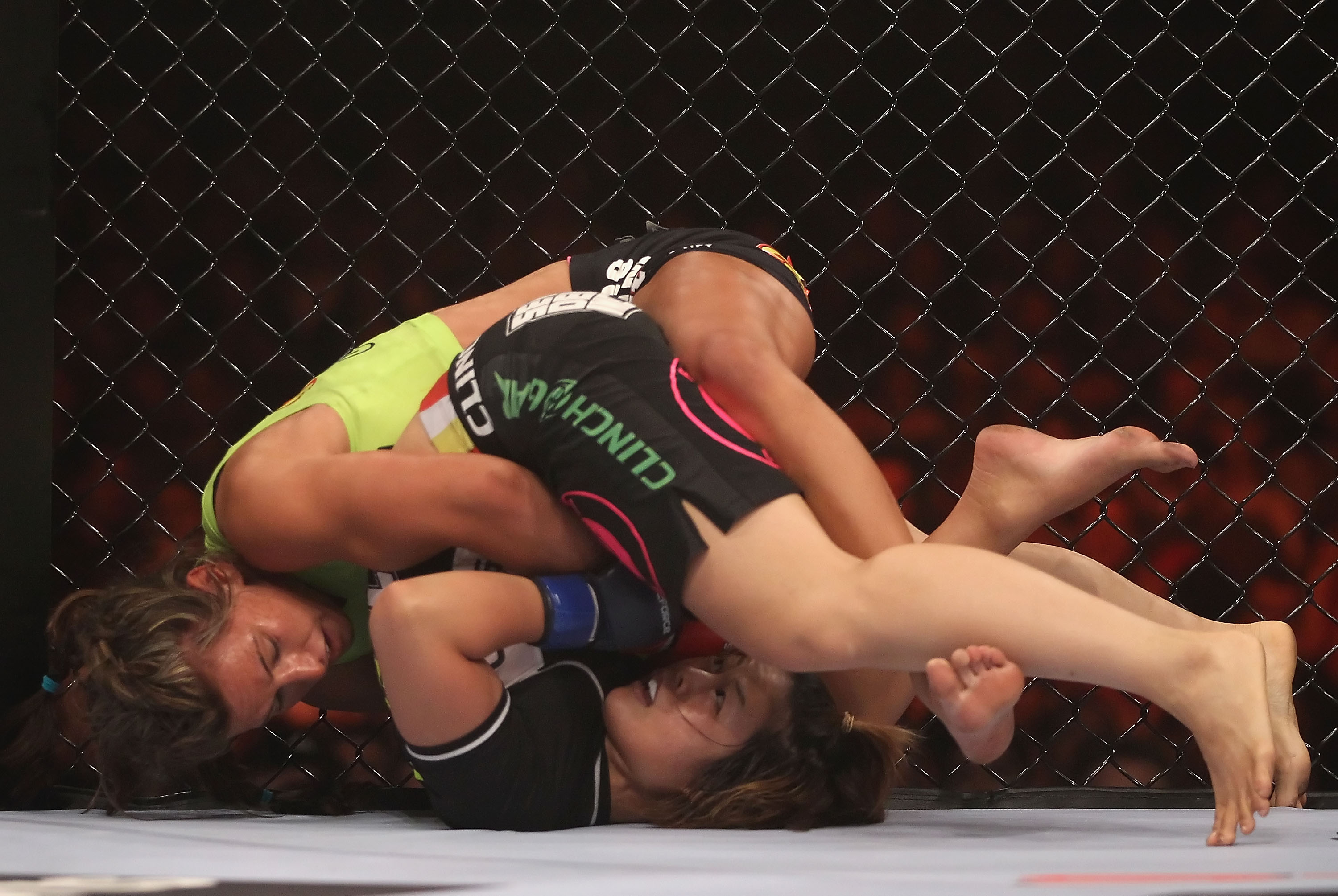 Over the years the world of mixed martial arts has seen its fair share of talent come up in the sport.

Many of the best fighters have had to climb their way up through the smaller shows and possess exceptional skills to get noticed.

Also, many of the fighters you are about to see come from all over the world and in different sizes.

These are the 10 best fighters you've never heard of.

Magomed "The Eagle" Shikshabekov (7-0) is a kickboxing and Sambo-style fighter with incredible submissions.

Shikshabekov trains out of the Legion Fight Team out of Rostov-on-don, Russia, and competes in the welterweight division.

"The Eagle" has spent his career thus far fighting for the M-1 Global organization and has won five out of his seven fights via submission.

Abedi trains out of Stockholm, Sweden, with UFC light heavyweight Alexander Gustafsson, and only one of his seven fights have gone the distance.

The 31-year-old fighter was once rumored to have been in negotiations with the UFC, but any organization who picks him up will have a truly talented middleweight on their hands.

Francisco Drinaldo (6-1) trains out of the Constrictor Team along with the likes of Paulo Thiago and Rani Yahya. He competes in the lightweight division.

Earlier this year, Drinaldo scored the biggest win of his career when he defeated Pride veteran and Brazilian jiu-jitsu black belt Luiz "Buscape" Firmino via kneebar in the first round.

Quinn Mulhern (13-1) is the King of the Cage welterweight champion and has an incredibly unorthodox submission game.

Mulhern trains out of the Sante Fe Brazilian Jiu-Jitsu Academy and holds the rank of brown belt.

Earlier this year, Mulhern scored the most notable win of his career when he defeated UFC veteran Rich Clementi via TKO in Round 2.

Jussier da Silva (7-0) is the current South American Shooto 123-pound champion and is ranked as one of the top flyweights in the world.

He is known for having a well-rounded arsenal and has thus far gone perfect in the mixed martial arts world.

Most recently he signed a four-fight deal with Tachi Palace Fights and will fight for them on their December card.

Stephen Abas (2-0) is a 2004 Olympic silver medalist and a former four-time All-American for Fresno State University.

Abas spent most of his wrestling career at 125 pounds and has now moved up to 135 pounds.

Currently Abas trains at The Arena with the likes of Rani Yahya and Xande Ribeiro.

While still very young in his career, I believe his incredible pace and wrestling will get him far in the mixed martial arts world.

Alcantara is from Brazil and has only gone the distance one time in his 20 victories. He has 11 submission victories.

After signing with Jungle Fights earlier this year, Alcantara put himself on the map when he defeated Francisco Drinaldo.

Jimmie "El Terror" Rivera (7-1) is the current King of the Cage bantamweight champion and most recently won the belt from Abel Cullum.

Rivera is a kickboxer and a wrestler out of Brooklyn, New York, and has won the majority of his fights by decision.

While Rivera has gone to decision four times, he doesn't know how to put on a boring fight, as he always brings the action.

Pascal Krauss (9-0) is currently the top-ranked welterweight in Germany and the current Cage Warriors welterweight champion.

Back in May, Krauss won the Cage Warriors welterweight title and picked up his seventh submission victory by defeating John Quinn.

Currently Vila trains out of American Top Team, and despite being 39 years old, he has shown that he is still an incredible athlete.

Out of Vila's eight fights, he's only gone the distance one time and has won five of his fights by KO/TKO.

If the WEC moves forward with the 125 pounds division, Vila would at the very least be a top-five contender.