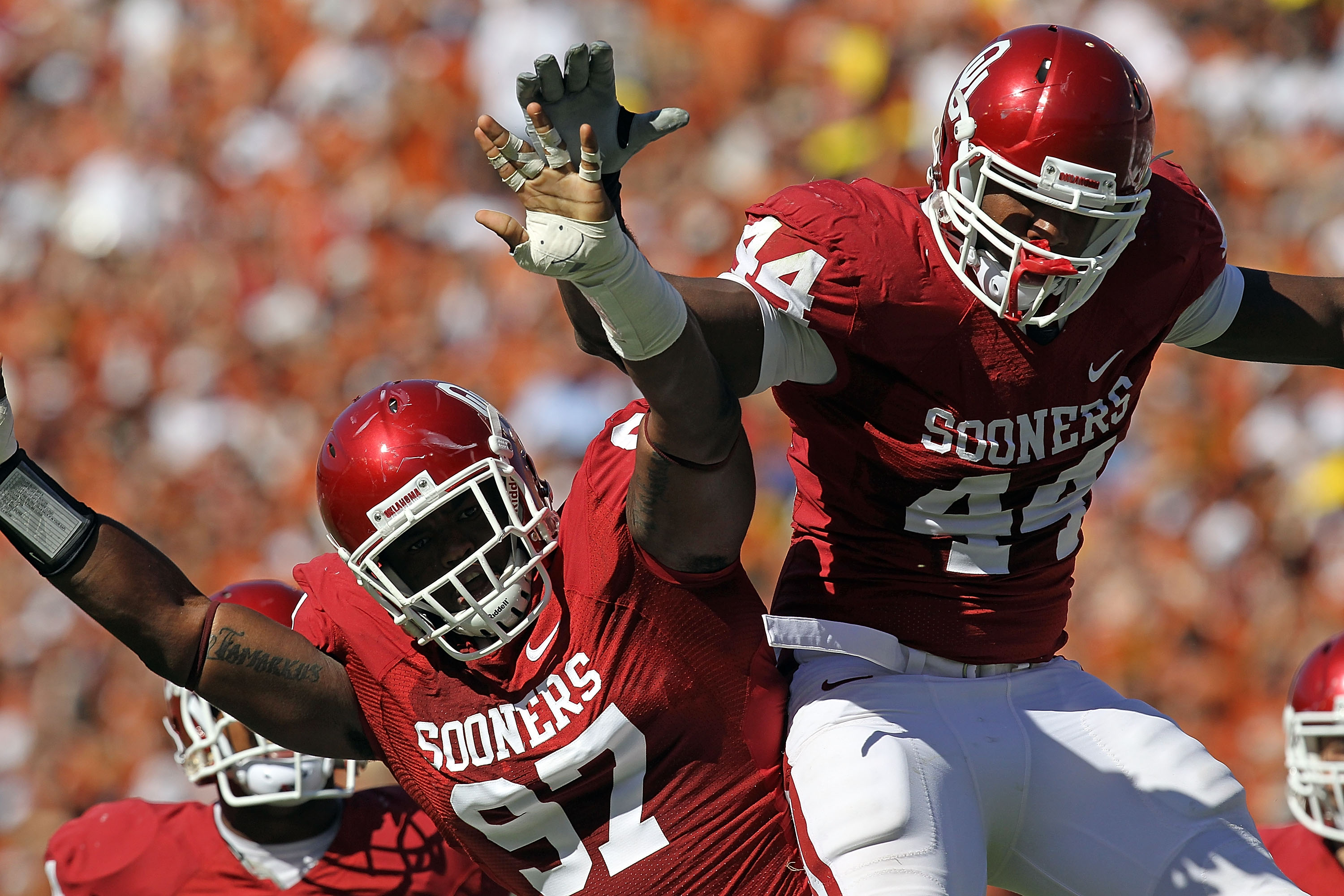 When the season began, many people expected the Oklahoma Sooners to be right in the thick of the national title race.  All the pieces were in place for the Sooners to make a big run through their schedule on the way to Glendale, Arizona for the national championship game.

After the first game, a less than impressive victory over Utah State in Norman, many people began to write off the Sooners, saying that they were not ready to jump to that high level of teams just yet.

The Sooners pushed through a tough non conference schedule and defeated arch-rival Texas in the Cotton Bowl to stand at 5-0 and ranked No. 6 in both the USA Today Coaches Poll and the AP Poll at this de facto halfway point of the season.

The Sooners still have a lot of potential to make a run through Big 12 conference play, but there are still some things to work on.  There are also many things that Oklahoma has done well to this point in the season. 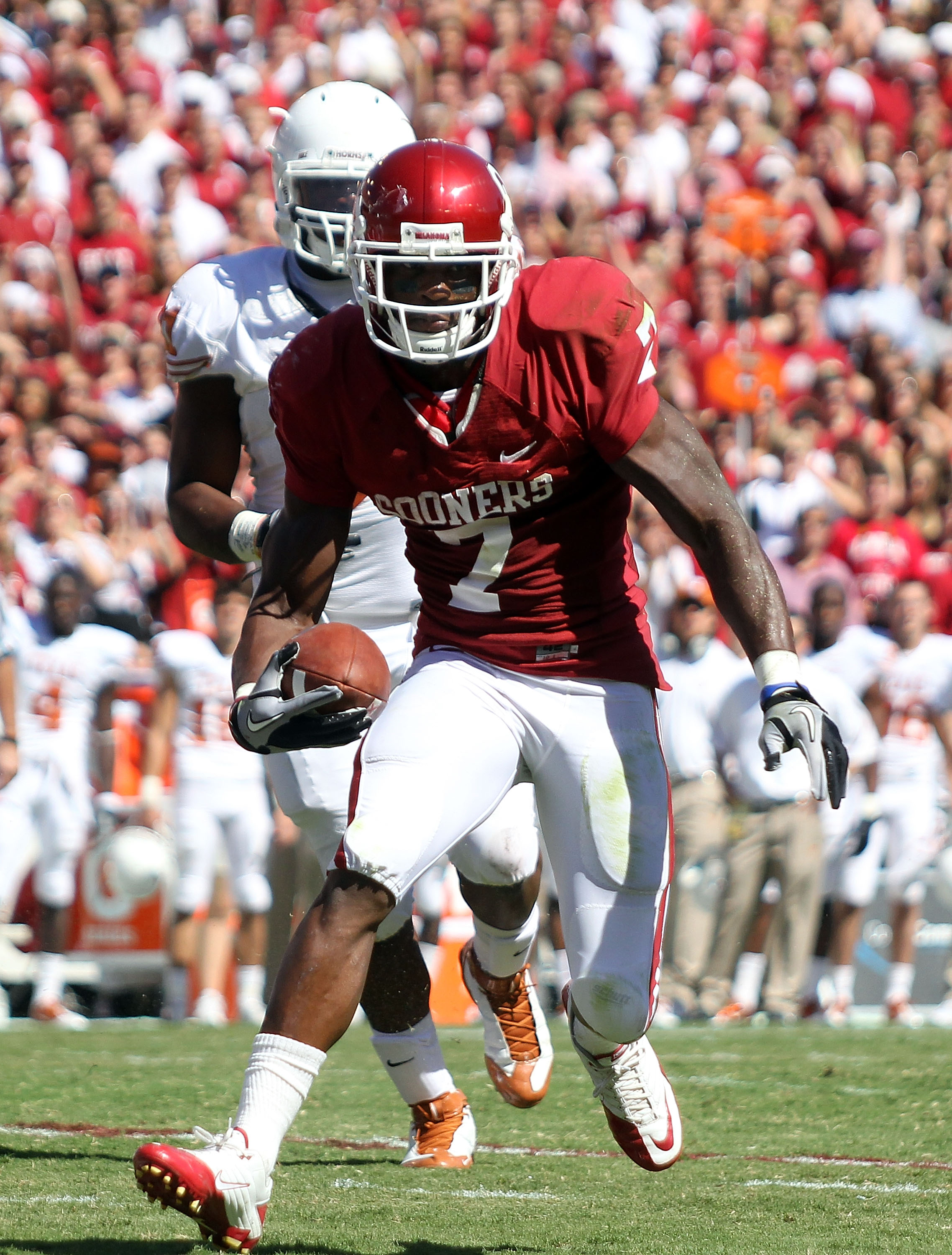 In hindsight, the worst thing that could have happened to the standard of offenses at Oklahoma was the 2008 season.  Since that time, Oklahoma's offenses have been far from horrid, but in comparison to that 2008 juggernaut, they just seem so inefficient.

The 2010 Sooner offense falls into that category as well.  Through five games, the Sooners are averaging 32.8 points and 415.6 yards per game, 121.4 on the ground and 294.2 through the air.  These are far from bad numbers, and if the Sooners can keep this kind of production up the rest of the season, they are going to win a lot of football games.

Quarterback Landry Jones has shown a lot of maturity this year that he did not have last year and is getting better each and every week.

Running back DeMarco Murray is having the best season of his career to this point and is on pace to set career highs in all categories.

Wide receiver Ryan Broyles is establishing himself as one of the best receivers in the country with 46 receptions through five games.

There is room for improvement, but the offense has played well so far this season. 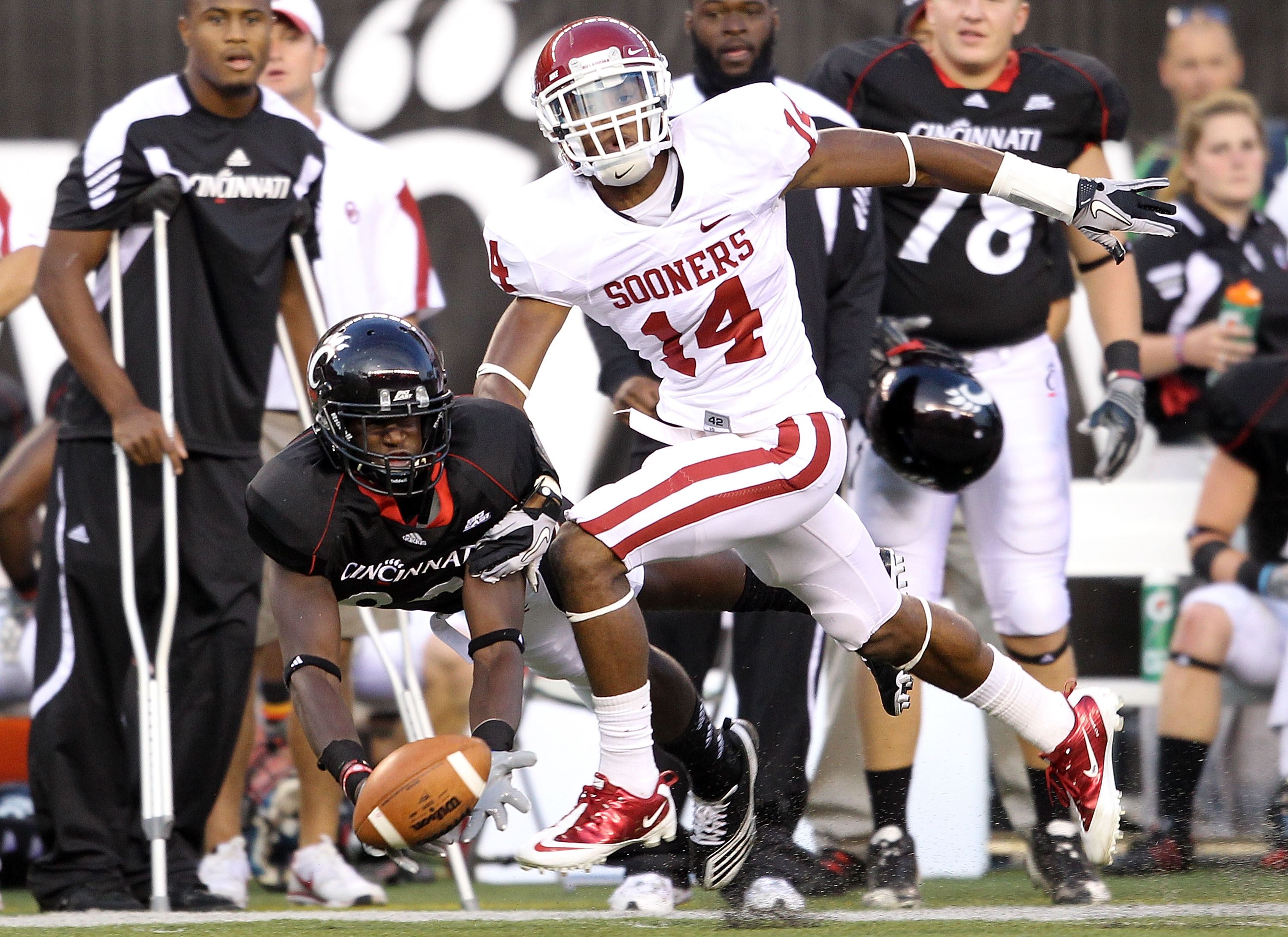 The 2010 edition of the Oklahoma defense has been, for lack of a better word, adequate.  The defense has not cost the Sooners a game but it also hasn't been a big help in winning them either.  The defense seems to have employed the bend but don't break method this year, but that needs to change because that will end up costing OU if they continue to play like this.

The Sooners have given up an average of 411 yards and 22.8 points per game this season, far from stellar numbers.  The defense just has not seemed overtly motivated to play hard once the Sooners have captured a big lead in the second half of games.

The defense, as expected, has been led by senior defensive end Jeremy Beal, who leads the conference with six sacks, and junior linebacker Travis Lewis, who leads the team in tackles with 45.  The surprise has been the contribution of the freshmen, both starting and as reserves.  Linebacker Tom Wort and defensive back Tony Jefferson have started most games and have made significant contributions including 34 tackles from Jefferson on the year.

The Sooners need to improve a lot in this area if it is to remain a strength down the stretch of the season. 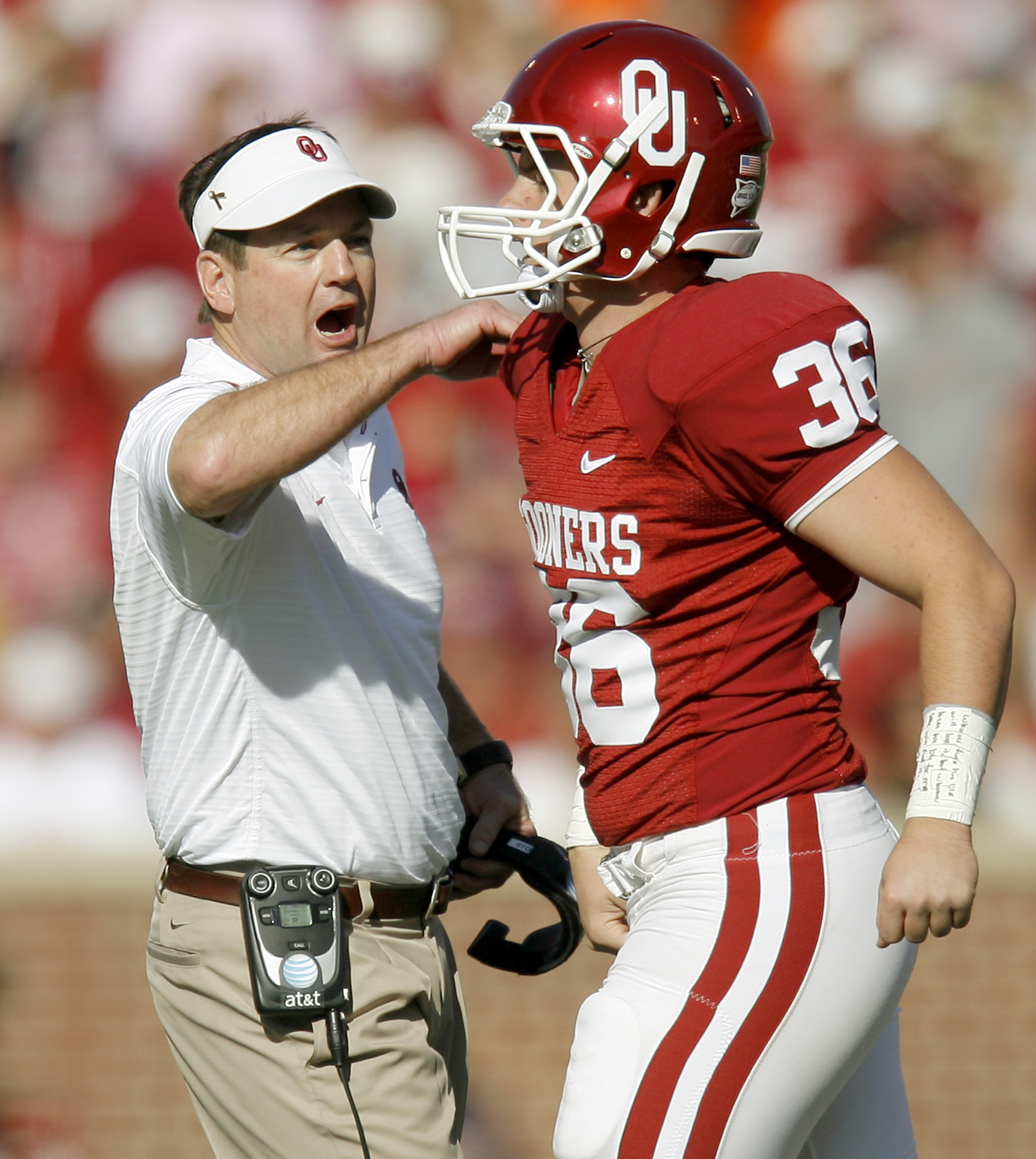 Coming in to the season, place kicking seemed to be the Sooners' main problem, but so far, that really hasn't been a big issue.  Patrick O'Hara and Jimmy Stevens have combined to go 6-8 in the field goal department.  Both misses were from beyond 40 yards, with O'Hara missing a 44-yard field goal against Florida State and Stevens missing a 42 yarder at Cincinnati.  The Sooners haven't had to kick too many field goals this year due to better production in the red zone by the offense.

Tress Way continues to do a great job punting the ball.  His 44.3 yard average is down from last year, but he has proven time and time again that having a solid and reliable punter is an indispensable weapon in the field position battle.

Returning and covering kicks has also been good for the Sooners so far this year.  No touchdowns either way, but that's certainly far from a bad thing. 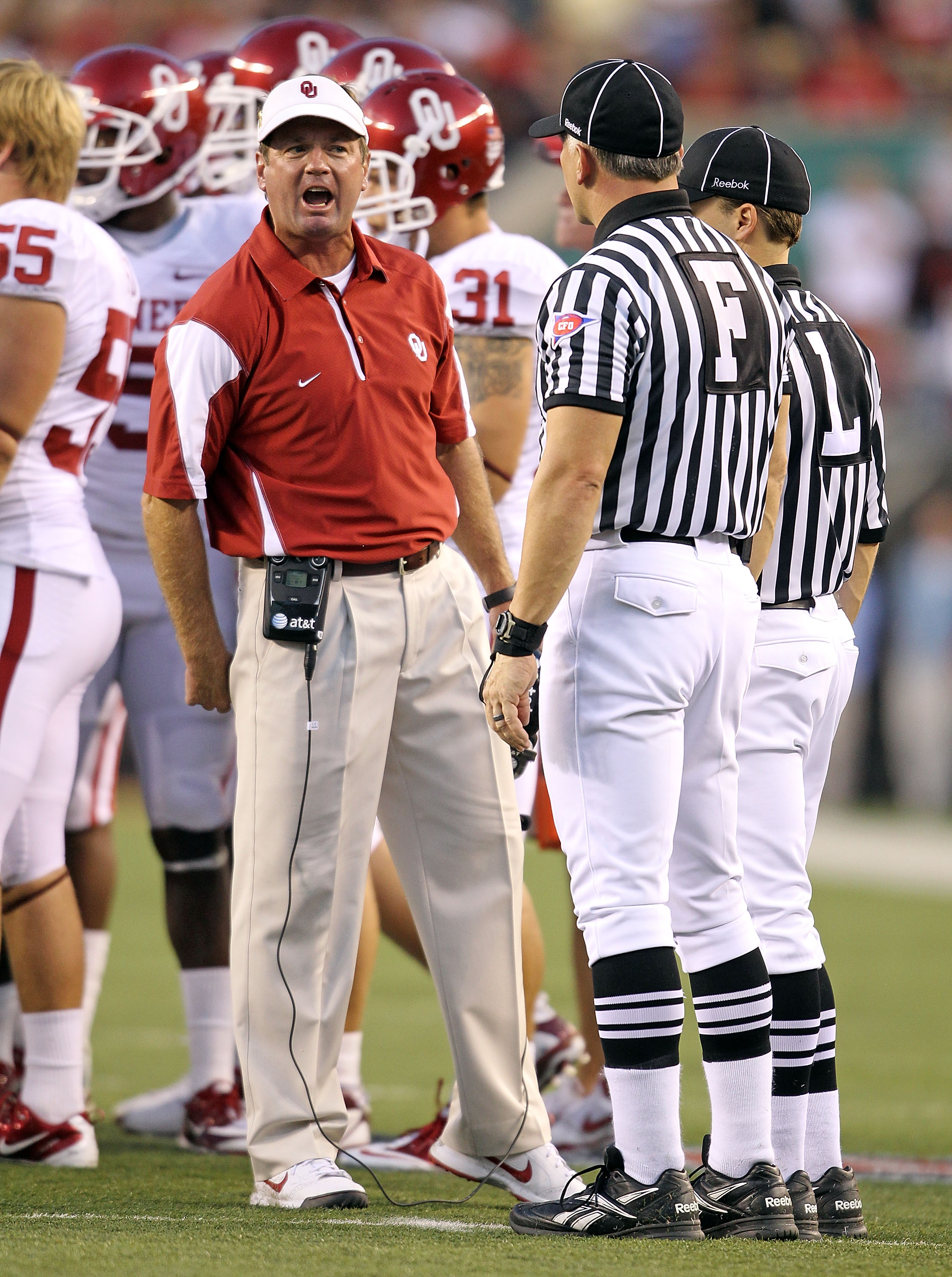 Coach Stoops and his staff have done a fantastic job with the 2010 team.  This is a team that is loaded with talent and Stoops has been putting that talent on the field, regardless of age.  Right now, the Sooners are starting four freshmen, with several others getting significant playing time throughout games.

The best part about the younger guys is that they're getting on the field and making a difference because they are ready to play.  Some of that can be attributed to their level of ability, but a lot of that is because of the work the coaching staff has put in with the players and the development they've been pushing since day one.  Stoops has said many times that this is his most talented freshman class, and his coaches have done a lot to assure that.

Overall, Stoops has done another great job of making personnel decisions and managing the game well.  The only gaffe on the radar was the fake field goal call against Texas.  That was a near disaster.  Stoops is one of the greatest coaches in college football and he is once again proving why. 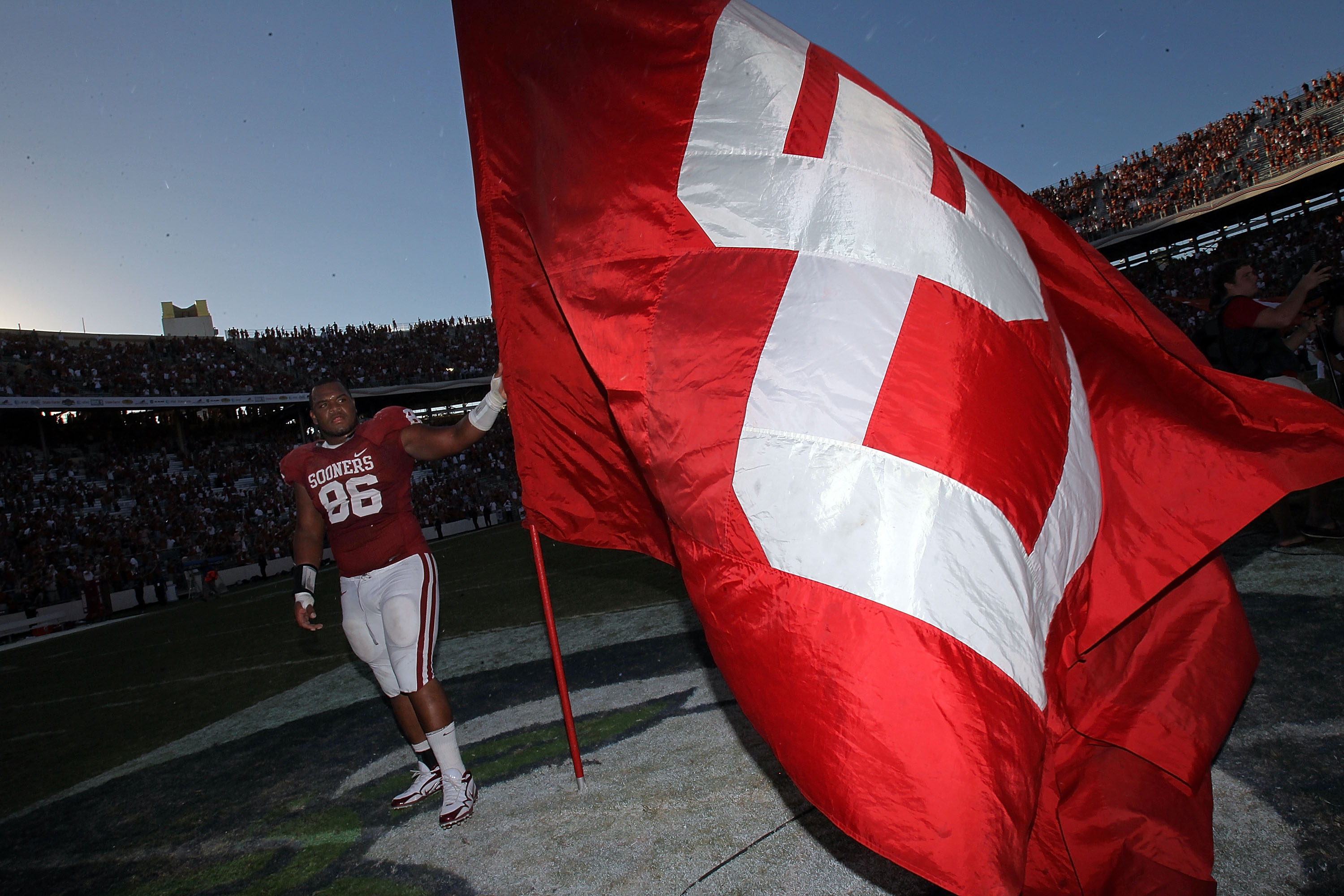 The Sooners sit at 5-0 and primed for a run at a Big 12 title and possibly a national title.  There is no limit to how good this team can be.  They have shown flashes of greatness on both sides of the ball, but the Sooners need consistency more than anything at this point in the season.

Another thing that Oklahoma needs to work on in the second half of the season is having a killer mindset for four quarters.  The intensity from both offense and defense has been extremely lacking at times in the third and fourth quarters of games, fourth especially.  The Sooners have been outscored 51-17 thus far in the fourth quarter.  If that trend continues, it's going to cost OU a game or two.

However, on the bright side, this team is 5-0 and full of confidence and looking a more manageable schedule in the second half of the season.  If Oklahoma can continue to improve, there is no reason why they shouldn't be making hotel reservations in Glendale.