Rabid Phillies fans watched Aroldis Chapman warming in the Reds bullpen during the second game of this National League Division Series. They were awaiting the results of a showdown on this October night. His missile arm, recently having thrown a record 105mph pitch, against the irrepressible Phillies offense.

Chapman's nickname is “The Cuban Missile.” He defected from Cuba on July 1, 2009, while playing for their national baseball team at a tournament in the Netherlands. The Cincinnati Reds then signed him to a six-year contract worth over $30 million. He joined the team on August 31, 2010 and pitched in his first ever post-season game on October 8, 2010.

While the Cincinnati Reds team nickname derives from redlegs, the term “Red”use to have very negative political connotations. In the midst of the United States “Cold War” with the Soviet Union (Russia), someone believed to be a Communist, or a sympathizer, was called a “Red.” In October, 1962, President John F. Kennedy squared off against Soviet Premier, Nikita S. Khrushchev. Their famous showdown was nicknamed “The Cuban Missile Crisis.”

It had been discovered that the Soviet Union had placed missiles inside Cuba. Military leader, Soviet supporter, and avid baseball fan, Fidel Castro was Cuba's self-appointed President. Elected United States President Kennedy issued an ultimatum to Khrushchev. He demanded that any missiles installed in Cuba should be removed and that Soviet ships should be moved away from Cuban waters. Khrushchev blinked and did what Kennedy had asked, leaving Cuba permanently hanging out to dry.

During the fifth inning Dominic Brown was on first base with one out and the Phillies trailing 4-0. Shane Victorino did not want to leave him hanging out to dry when he came to the plate. During his at-bat the “Flyin' Hawaiian” stepped out of the batter's box and was seen cracking a smile. So indicative of the demeanor of this resilient team. He wasn't displaying any visible signs of pressure, just as the Reds were about to crack under it.

Victorino hit a ball to second baseman Brandon Phillips, who bobbled it, allowing him to reach base. Placido Polanco then hit a ball to Scott Rolen, who couldn't handle it, allowing him to reach base as well. That loaded the bases for Chase Utley, who singled home the Phillies first two runs. Later, in the sixth inning, the Phillies pulled to within a run on Victorino's bases-loaded walk.

Third baseman Rolen's post-game quotes will have to be double-checked to see if he suggested anything about his current manager's behavior causing his miscue. While in Philadelphia, Rolen often implied that his manager's dictatorial ways were detrimental to the team's performance. With his Dodger's blue hat put away for the winter, Larry Bowa probably had a smile on his face as he was watching this playoff game on cable.

In the seventh inning Jimmy Rollins stepped up against Chapman and lofted a ball to right field that Jay Bruce was unable to track.. The ball dropped a few feet from him on the outfield grass. Bruce's relay throw was then dropped by Phillips, allowing the Phillies to take a 5-4 lead that they would not relinquish. They went on to add two more runs, which increased their lead to 7-4 and completed both team's scoring.

Brad Lidge allowed a lead off walk in the ninth, before shutting the Reds down for his eleventh post-season Phillies save. That achievement allowed him to become the team's all-time post-season saves leader. Somewhere in heaven Tug McGraw and Jim Konstanty must have been talking about how Lidge should now be referred to as the most significant closer in their team's history.

As for Fidel Castro. He is comfortably living in retirement in Cuba, after his brother Raul was “elected” President in 2008. The two of them probably watched their former star pitcher through a satellite feed. Unlike tonight, Chapman's striking talent will undoubtedly lead to future success. Phillies pitcher Cole Hamels, who takes the mound in Cincinnati on Sunday, will try to ensure that Chapman and the Reds don't have any further opportunities to succeed until the regular season in 2011. 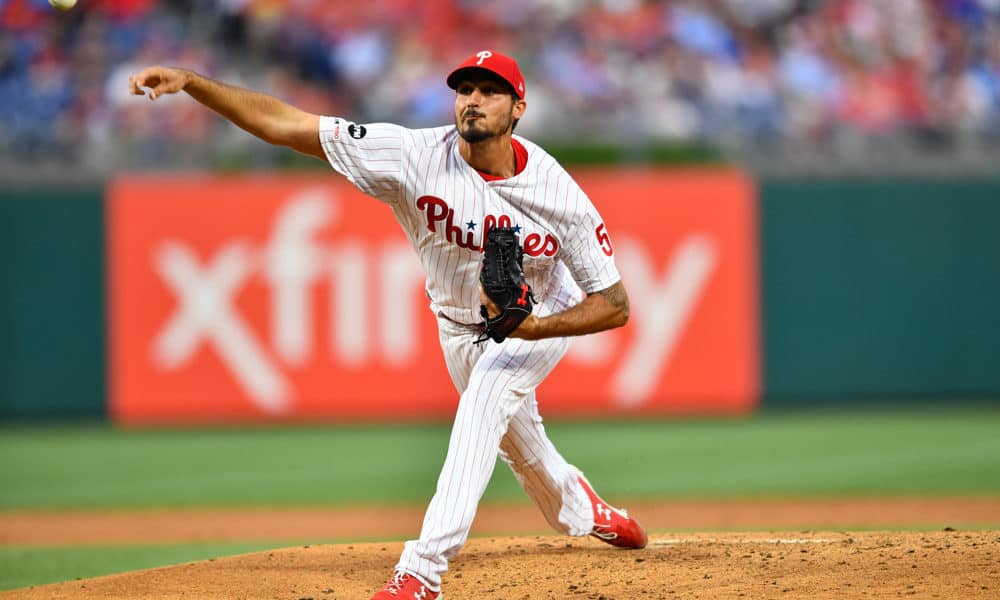