Why Javier Hernandez Is More Valuable Than Wayne Rooney 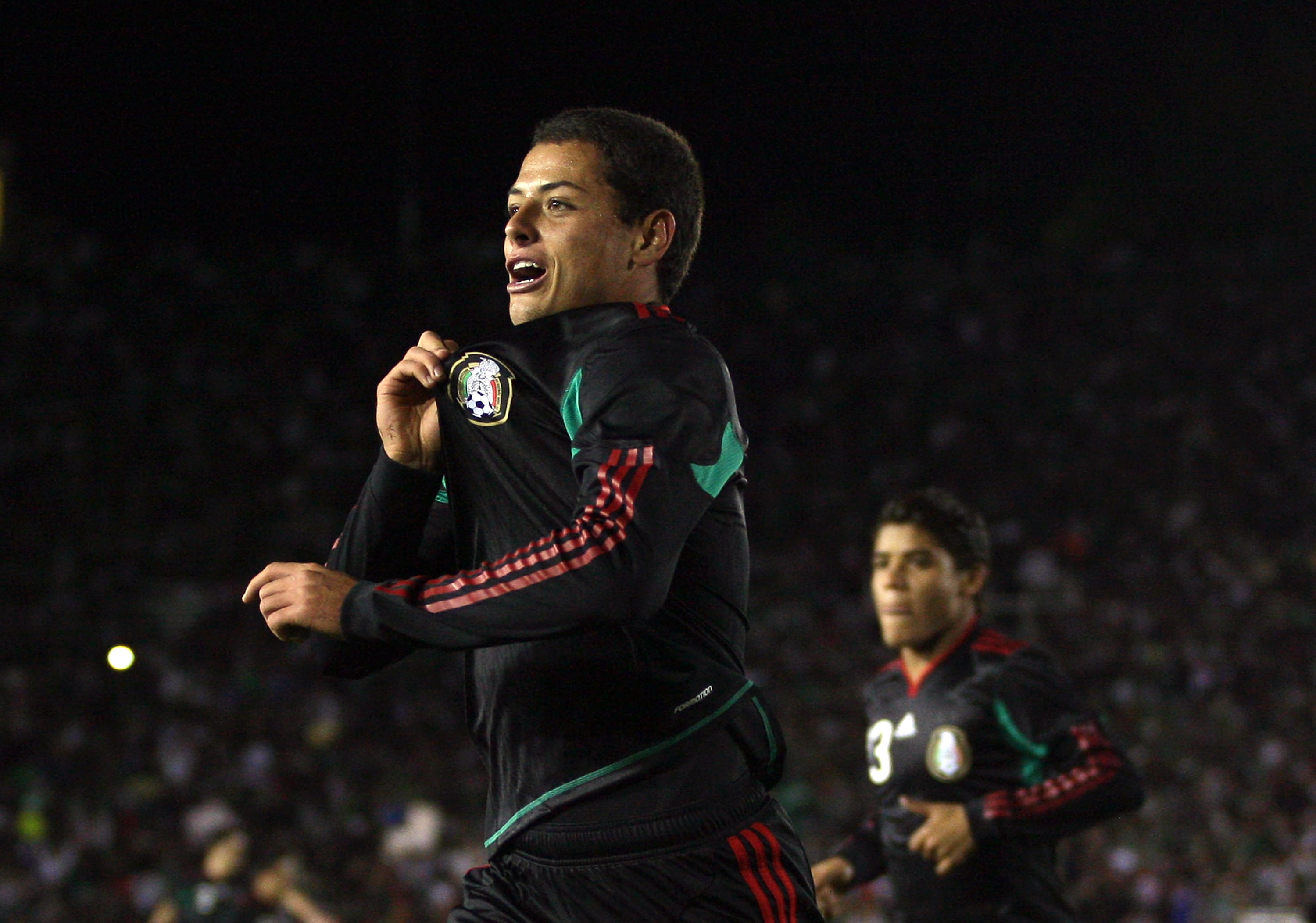 Wayne Rooney has done very little to get so far. His stature as world footballing icon is assumed, but unearned. His actual skill with the leather has never been of the highest tier. It's time for the facade to end.

Luckily for Manchester United fans, Javier Hernandez is the white knight. At 22, he's faster, hungrier, and a bachelor that is not prone to marriage scandals. And those are only three reasons why, despite being less "experienced," and having less and less-prestigious winner's medals, Javier Hernandez is already better than Wayne Rooney, and more important to United.

Hernandez is 22 and ridiculously good-looking. He's not dumb enough to get married just as he's becoming one of the most popular footballers in the world. It shows more character to intelligently remain relatively single than to marry presumptuously, cheat repeatedly with prostitutes, and lie about it.

Even Cristiano Ronaldo has enough sense to stay untethered, paying off any girls he impregnates. Rooney's personal misgivings unfortunately have a lot to do with his current professional malaise. It's systemic, and it's not the first time.

But seriously. I had to round four good reasons into five. Go to the next slide.

Wayne Rooney is a midfielder playing forward. His most lauded attributes relate more to a buccaneering tackler than a finesse finisher. Rooney has a great long ball as well as a penchant for incisive chips or driven passes through the middle. Unfortunately he's plays in a position that necessitates him being the receiver, not the passer. He loves to drop deep and track back, two tendencies which are fine in a vacuum, but can be counter-productive to the larger picture when he's playing as the lead forward.

As a more direct striker, Hernandez fits United's scheme better, complementing striker partner Dimitar Berbatov's creative style. The Bulgarian takes more joy in the final pass than scoring the goal itself. He also loves to drop deep to instigate play and express himself on his side's build-up. Hernandez supplements this perfectly, having the speed and inclination to be the first man darting into the box once his side opens up opposing defenses.

Rooney and Berbatov, though, often get their lines crossed, as both may abandon forward and drop deep; one out of frustration and impatience, the other from penchant and necessity. Hernandez is a more suitable yang to Berbatov's yin and quite simply plays more like a striker than a grumpy, roaming Rooney. 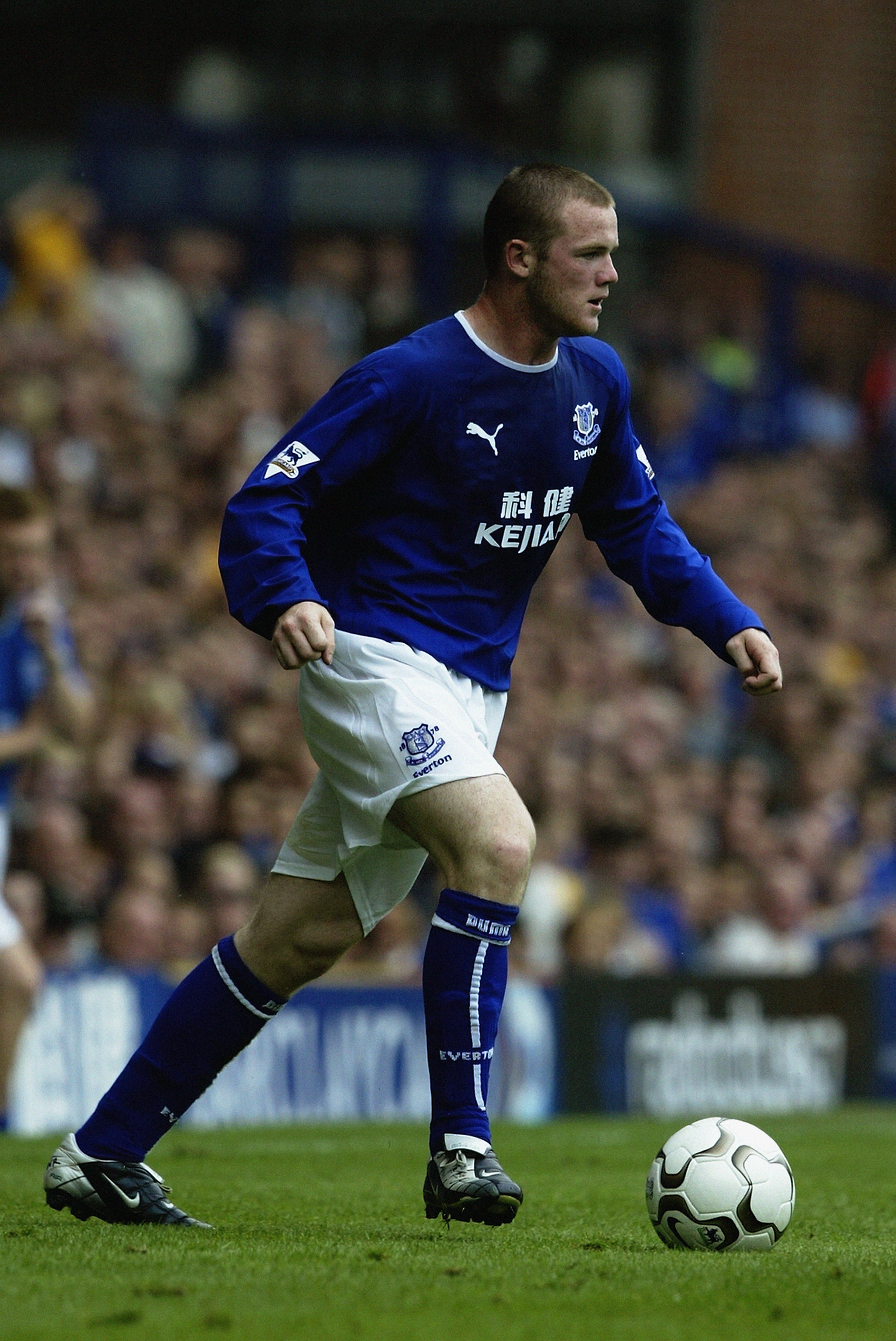 Rooney homers used to rely on his potential as a crutch. But now, having played eight full seasons in the English top flight, he is a very old 25. He looks more like Danny Glover than a mid-twenties British lad. The period when most of his improvement would have occurred is over. He has now plateaued.

Wayne hasn't added or changed his game for the better in several years. In fact, he's picked up some bad habits, losing the abandon and naivete that actually helped his earlier style. Having trained at the same camp for six years, in addition to the complacent influence of stardom he's projected, among other factors, has homogenized his current style. And quite frankly, he's not as good as people hoped.

Hernandez, a much fresher 22, has only begun to mature. Only last week he entered his first UEFA Champions League game, away to Valencia, and scored clinically with two expert touches, belying his supposed lack of experience. The Mexican international has netted against Spain, France, and Italy, among others, this year. He plays happy, as opposed to Rooney, and shows none of the stress and disturbance than mars Rooney's displays.

Hernandez might already be better than the Englishman. At the very least, though, he has plenty of growth ahead of him during which to prove it, while the English pugilist looks every bit his 431 senior appearances.

United aren't going to outlast Chelsea domestically, nor numerous better clubs abroad, throughout the long season, so there's really no reason why Hernandez should continually sit the bench at the profit of Macheda, Owen, or even Rooney.

Over eight years, Rooney has proven that he isn't a world-class striker. His moderate goal-scoring exploits over the years have rarely met expectations. His goal tally averages to 13 each season as the most forward player on one of the world's most dominant football clubs. Many resulted more from finishing a team-worked attack than creating through personal brilliance. His individual ability has never warranted promotion into the elite "world" class, despite the hopeful projections of so many.

Theoretically, the Englishman uses a mixture of speed and power to beat defenders. In truth, he can rarely get past or behind defenders. Wayne is definitely faster than some players, but he's smaller than more. He also doesn't use his body as well as he could.

His current striker partner Berbatov is wiry, but shrugs off defenders easily because his body control and balance are both impeccable. Wayne usually fires himself like a dumbfire missile between or through defenders, using blunt-force trauma over agility, and can only rarely create by himself running at anyone.

Running is Hernandez's specialty. The Mexican was the fastest player in the World Cup according to FIFA. Their guns clocked him running at almost 20 MPH. That's one asset Rooney no longer shares and perhaps the single most important attribute of a through striker. Hernandez also shows a decent turn with his back to goal and an ability to finish with both feet. He is taller than Rooney and jumps higher.

With speed, athleticism, ambidexterity, and prowess, he has raw natural ability upon which more skill will continue flourishing, besides being the more effective of the two players on current form.

United, for better or worse, are more or less shite broke. Even the most simple man knows money is the fuel that drives most clubs' decisions, making this (arbitrarily) the number one reason Hernandez, not Rooney, is United's future first striker.

Wayne Rooney is undoubtedly very marketable. Just as David Beckham's did when he unwittingly became a footballing advert, Rooney's own image has long since surpassed his footballing ability. In other words, it's a seller's market.

After winning little with an incomplete and aging squad again this year, United should be able to garner around £60m for Rooney next offseason. Quite basically, that's a lot more than he's worth. United could buy several younger, better players with that money—enabling the paradigm shift necessary for Alex Ferguson's final retirement—as "Chicharito" assumes the forward-running striker role for many years.

Hernandez is quickly becoming a hero for Mexico, naturally displacing the aged Cuauhtémoc Blanco and Rafael Marquez rabid footballing country's darling. Furthermore, his best years are ahead of him instead of behind him. Mexico is fervorous about soccer, yet remains untapped by British clubs. It's a completely new marketplace of opportunity for United, and don't think they don't know it.

Most casual United fans—those that occasionally buy jerseys and such—will be interested in anyone who plays striker for United, as long as he's good. Hernandez is better than Rooney, in addition to having stronger character, being more consistent, better-mannered, and a far less hesitant star. 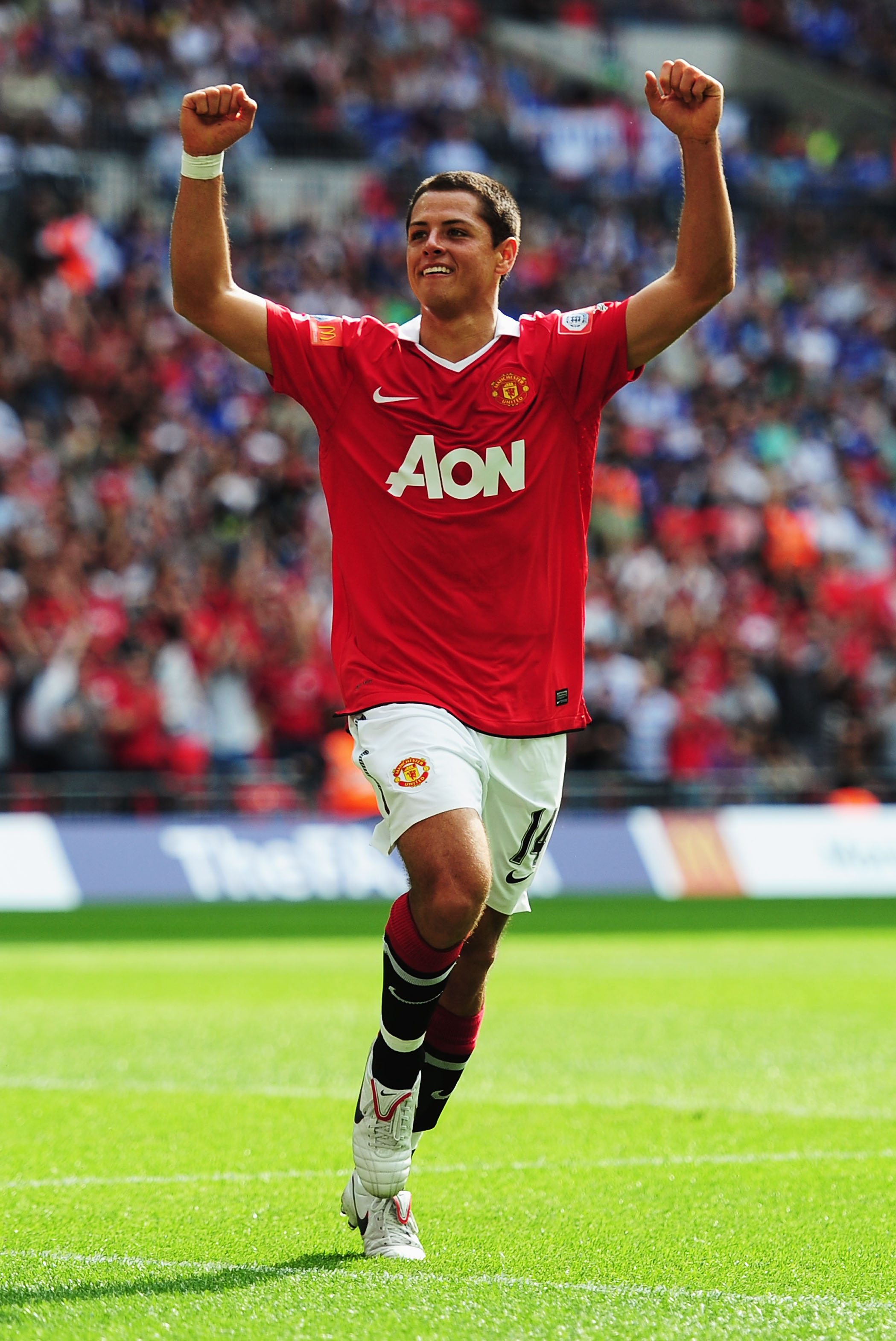 In "Chicharito," Manchester United have an emerging star who, despite being worth less on the transfer market, is arguably already better than Wayne Rooney—certainly on current form. Yet, the Mexican still possesses a much larger gap in which to grow, instead of the Englishman who, after almost 400 senior appearances,  looks like a 35-year-old drunkard and hasn't added anything salient to his game in years.

Hernandez represents a sector of the world with little connection to English soccer, presenting a unique marketing opportunity to United's globalizing brand. His direct attacking style more befits a striker, particularly one next to Berbatov, than a player who's most celebrated function is tracking back and yelling "fack off" at referees. The Mexican is also one of the fastest players in the world and has little history of injury.

United still need Rooney to find some form, eat some minutes, and bang in some goals this year. Along the way, Hernandez should be used here and there, starting more, always growing. Once the year ends, if a cannibalistic Spanish giant are again inclined to offer an egregious amount, tight-wads United would be fools not to sell.

Because the bottom line is this: We already know Wayne Rooney won't be what we hoped he'd become. It's time to place our hope in someone else while Rooney's appeal is still inflated among nations and clubs who don't yet know better.