The Top Ten Reasons to Hate the University of Michigan 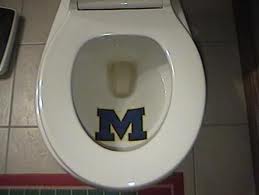 This week is a big week for the state of Michigan. It's Michigan-Michigan State week, which always gets everyone fired up.

On top of that, both teams are undefeated and ranked in the top 20. This will be a huge game in terms of the Big Ten standings, and both teams will want their hands on that Paul Bunyan trophy come about 7 p.m. Saturday night.

We have an entire week leading up to the Michigan game giving us all enough time to sit back and reflect on the top 10 reasons why everyone hates the University of Michigan. 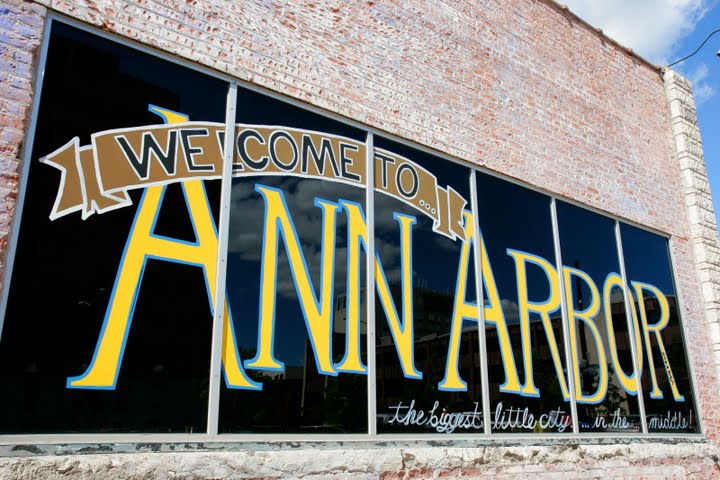 I'm not exactly sure why anyone would want to live in Ann Arbor, but over 100,000 people still choose to do so.

Ann Arbor is definitely one of the most unpleasant towns I have ever been in. It is heavily populated with extreme liberals and college kids confused about their sexual orientation—that never sounds like a good combination to me.

For one, it is filled with Michigan fans, which is a problem. No one wants to be surrounded by people with so much ignorance and pride.

And two, Ann Arbor's biggest events every year seem to be a gay parade and an art festival, come on now. 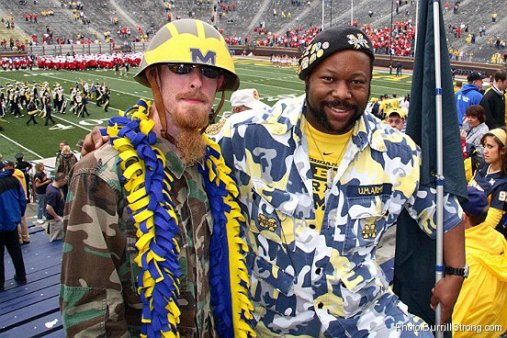 Everyone knows a Walmart Michigan fan. They are not only named for where they buy their Michigan gear, but also because you know they didn't graduate from high school.

These are the fans you see every Saturday, basking in all the glory of Michigan athletics that have since washed away.

These are the fans that will be the first to defend Michigan in any sports argument, and they are also the fans that have a tough time answering the question, "Why are you a Michigan fan anyways?"

The fact is, finding a Michigan fan that actually attended the university is rare. Instead, the majority of Michigan's fan base are scholars like these two gentlemen you see here, losers. 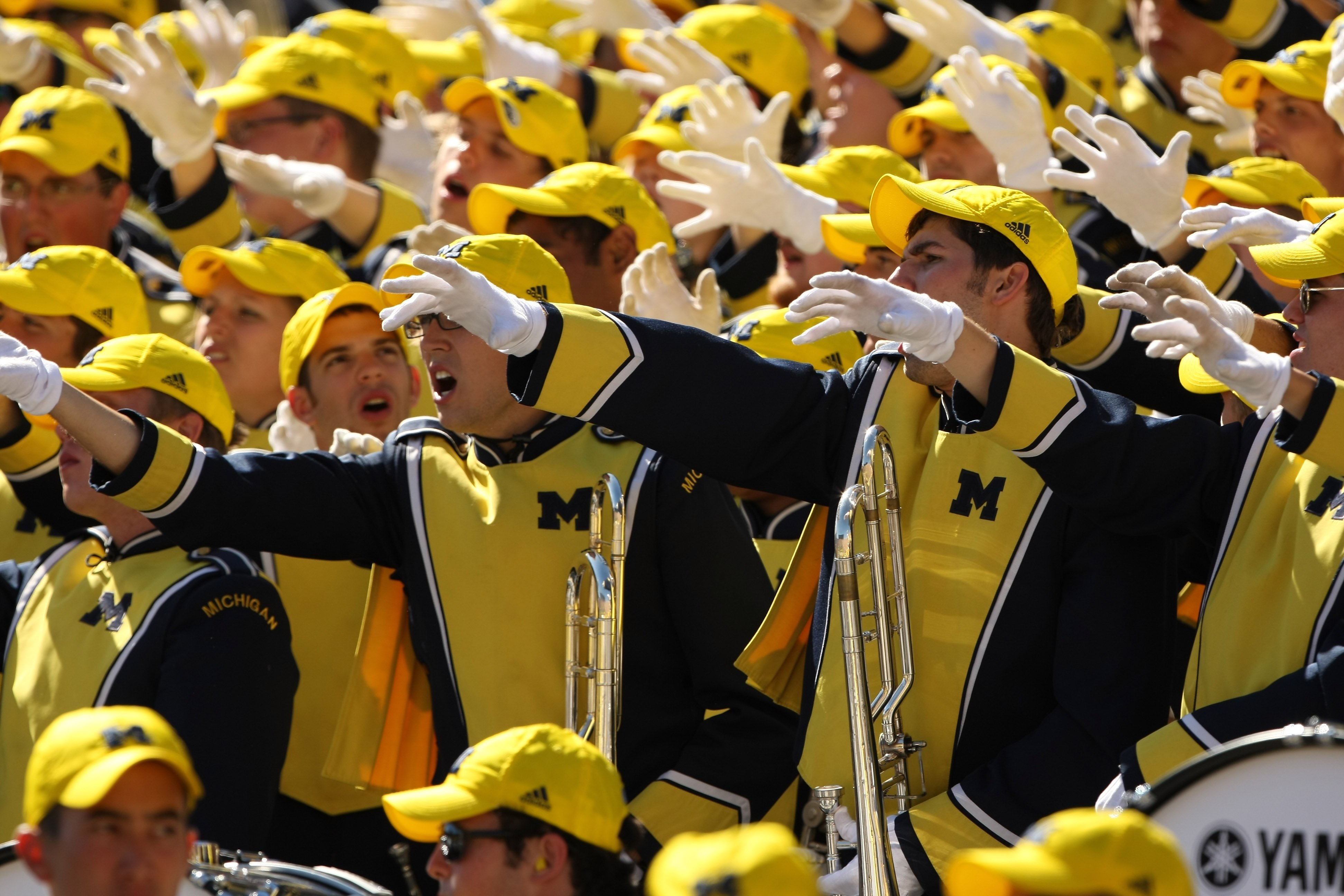 Michigan's fight song may be the worst in college sports, only competing with Notre Dame.

The fight song has several flaws, the first one being its obnoxious nature. I don't think any non-Michigan fan can listen to that song more than once without puking.

The fight song also has some lyrical flaws. Little Michigan fans are taught the fight song, just like at other colleges across the country.

The difference is, Michigan fans grow up with a distorted view of the truth. These kids are taught lines like, "Hail to the victors" and, "Champions of the west." This causes these little ones to believe that U of M are victors of anything, as well as to believe that Michigan is still in the west.

Michigan should consider revising the song perhaps, maybe make it a little less obnoxious, as well as taking out all words like "victor," "west," or my favorite, "champion." 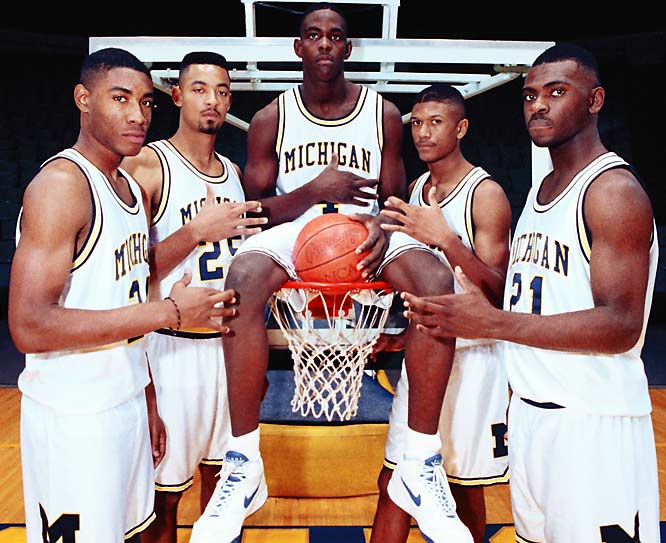 Honestly, who can respect a University when their biggest claim to fame was a basketball team that techincally doesn't exist.

One of my favorite things is to get into an argument about basketball with a Michigan fan. Some fans are finally getting some sense and just concede defeat when it comes to a basketball arguments.

Then there are the fans that try to argue that the Fab Five Michigan squads were some of the best of all time, there are a couple problems about this argument.

Firstly, that was in a different millenium. When you fast forward to this one, you will realize that Michigan basketball has been one of the most irrelevant programs in the Big Ten. Once they get out of their cute romance with the NIT, let me know.

Secondly, if anyone that uses the Fab Five as an arguing point for Michigan basketball, I would love for them to be able to show me a record book that shows me how many games they won. 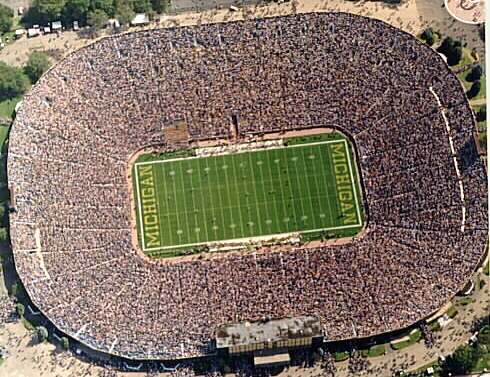 The Big House is by far the cutest building at the University of Michigan.

Don't get me wrong, it's awesome and all to have the biggest stadium in the country, congratulations Michigan.

But Michigan's repeated attempts to stay ahead of the seating capacity of Penn State, Tennessee and Ohio State is just amusing.

Watching a Sportscenter anchor announce that Michigan was able to put up a row of seating in record time is hilarious, just so they can top Penn State by a few hundred seats.

Another reason the Big House is one of the more dreadful spots on the planet is because of its ability to pack in 110,000 idiots into a relatively small space. I would prefer not to be in such tight quarters with so many "scholars." 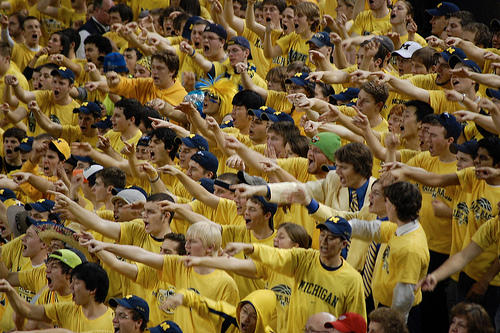 On top of all this misfortune that Michigan fans endure, they have to wear potentially the worst color scheme in college sports.

Let's get real here Michigan fans, that color on your chest is not "Maize." That is yellow if I have ever seen it. Michigan athletic uniforms generally look like someone left a highlighter in their pocket when all the uniforms went into the wash.

Michigan also has the worst helmets in college football. There are a few factors to this. One is that it is of the awful blue and yellow variety.

Another is that it was actually designed due to incompetance of a former Michigan quarterback, who couldn't hit his receiver and needed a target on the back of his dome to be able to put the ball in the neighborhood. Quite comical actually.

The reason that I add ignorance to the back of this headline is that Michigan's arrogance is the cause of their ignorance.

Right now, I would bet it is nearly impossible to convince any Michigan fan that Denard Robinson is not the most indestructable human being on the planet. That's just how it is to UM fans, everything wearing blue and yellow is number one.

Once these fans mature a little, they obviously realize they have been mislead, but the thing is, few Michigan fans will ever mature.

Denard Robinson is a great example of the arrogance to ignorance transformation. Yes, Robinson has been good, which has Michigan fans in a frenzy.

But if these fans would take off their blindfolds and look at who Robinson has torn up, they would realize that it is a list with teams like UMass and Bowling Green on it. This is a situation where Michigan fans will soon regret giving Robinson so much hype after he gets a little more acquainted with Greg Jones and company. 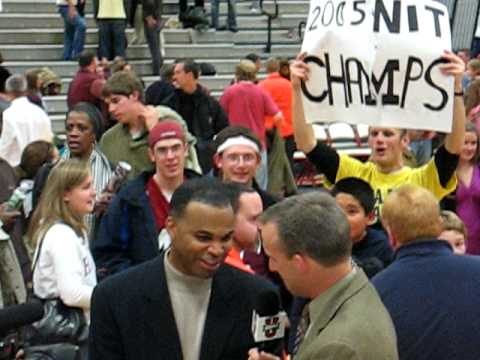 Now, before I go in depth, I would like to stress the "recent" in this headline. Michigan football did a lot for the Big Ten (decades ago), and I recognize that.

However, recently Michigan has made the Big Ten look worse than it actually is.

Michigan has been awful in Big Ten play the past few years, which hurts the image of our conference when Michigan is seen as a mop-up game for most teams.

But Michigan basketball is where my real beef is. I love to watch Michigan get left out of the NCAA tournament every year, however, it puts a bad rep on the Big Ten.

Every year Michigan starts 13-2 and thinks they actually have it, they are going to be at the top of the Big Ten standings and will win meaningful games in March. Every year, Michigan finishes 17-14 and gets a date to the NIT, come on now Michigan. 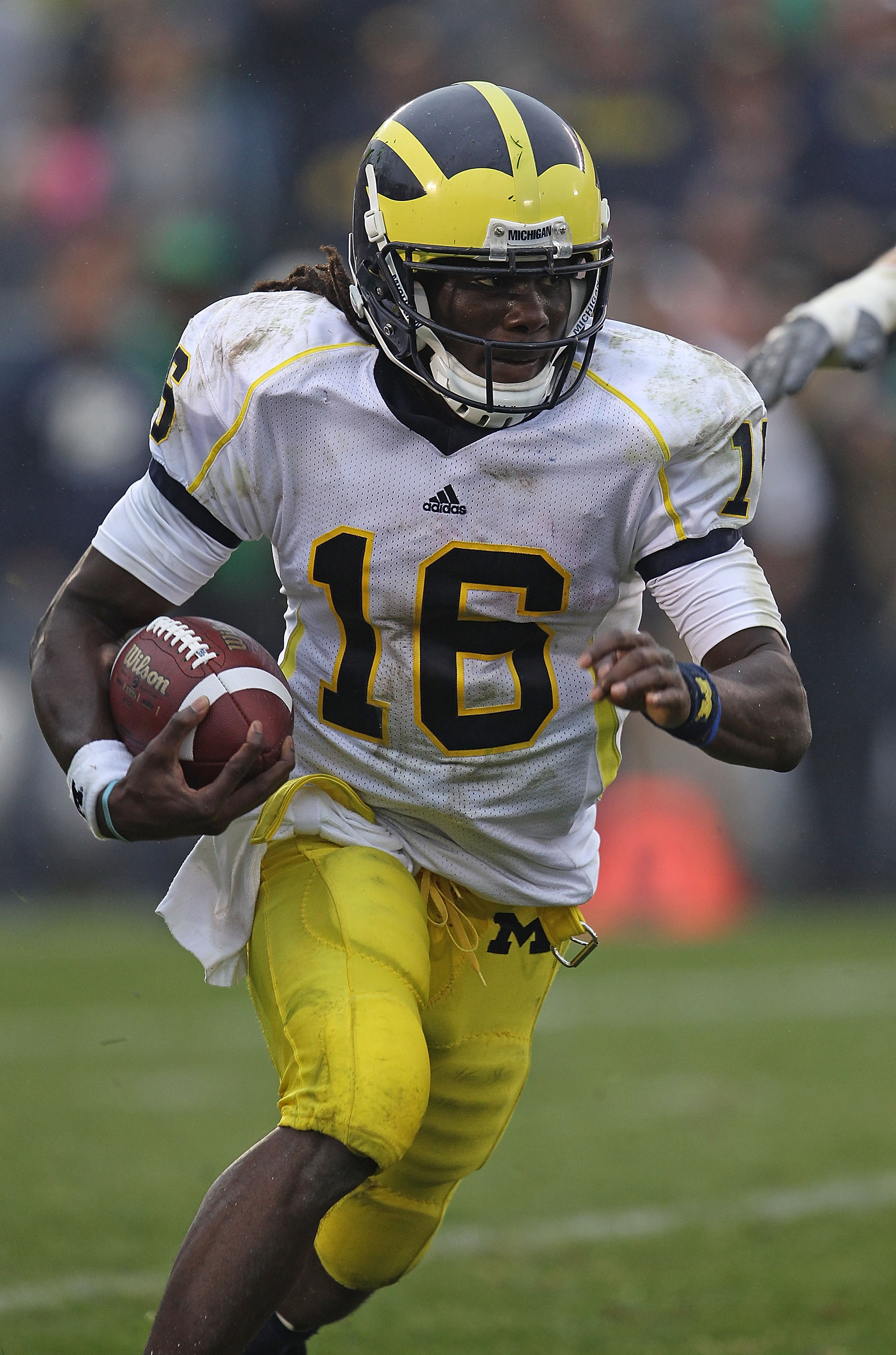 Denard Robinson has the football world in his hands at the moment. He's leading the nation in rushing and has 15 total TD's, not bad.

The bottom line is Denard hasn't faced a real defense yet. I'm convinced that Rich Rod could go out and get a couple TD's against Bowling Green.

Right now, the Heisman hype is as annoying as ever. All the media can do is kiss up to Denard and forget about other deserving candidates.

In the wise words of Michigan State coach in a statement directed to the U of M football program, "the pride comes before the fall."

Watching Denard Robinson play against the Big Ten defenses remaining on Michigan's schedule should be fun. Averaging 29 carries per game, I don't see him making it past the Iowa game since teams like Bowling Green and Indiana have dinged him up.

#10: The Comments That Michigan Fans Will Leave On This Article 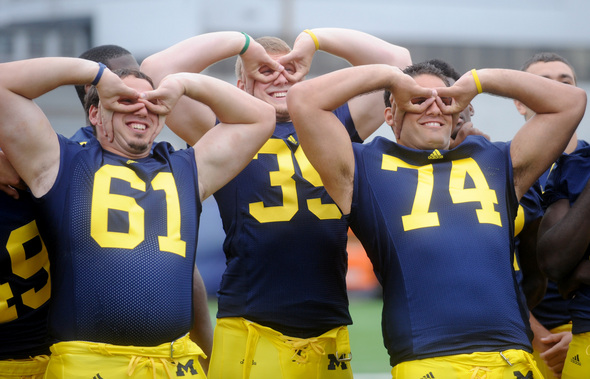 By this point, I've probably infuriated most of Wolverine nation, and will receive comments calling me "ignorant, stupid, and a hater."

The funniest part is, most Michigan fans probably won't make it to this slide, due to their fly-like attention span or illiteracy, so let the comments come in.