NASCAR Power Rankings: Ranking the Crew Chiefs in the Chase for the Sprint Cup 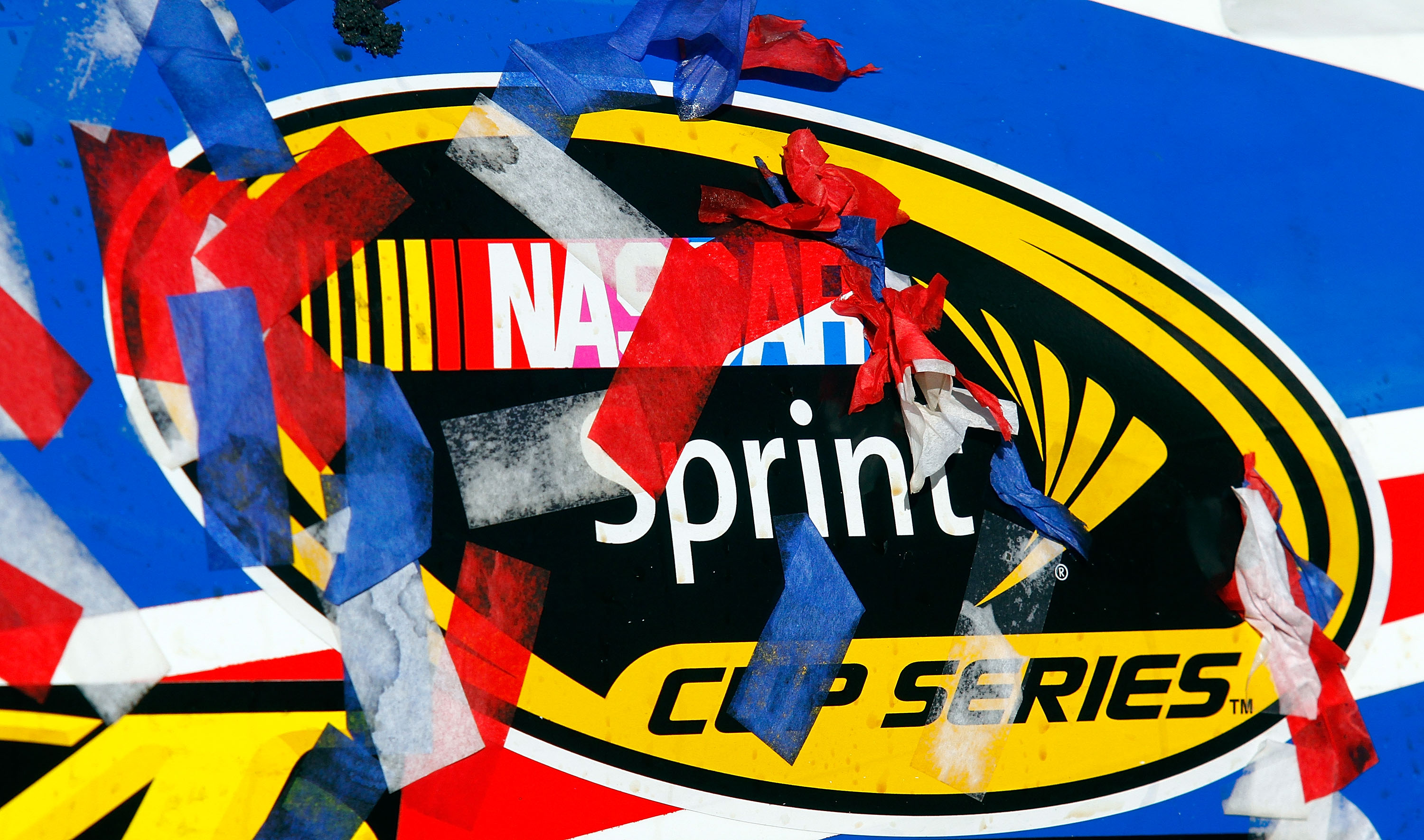 Much is written about the drivers competing for the NASCAR Sprint Cup Championship and where they rank from week to week in the power rankings. But what about the crew chiefs? These men are the "captains of the ship," the coaches, the brains behind the scenes who determine winning strategies, and when to take risks.

After three races, where do the men on the pit box stand in terms of power ranking headed into Auto Club Speedway on Sunday? 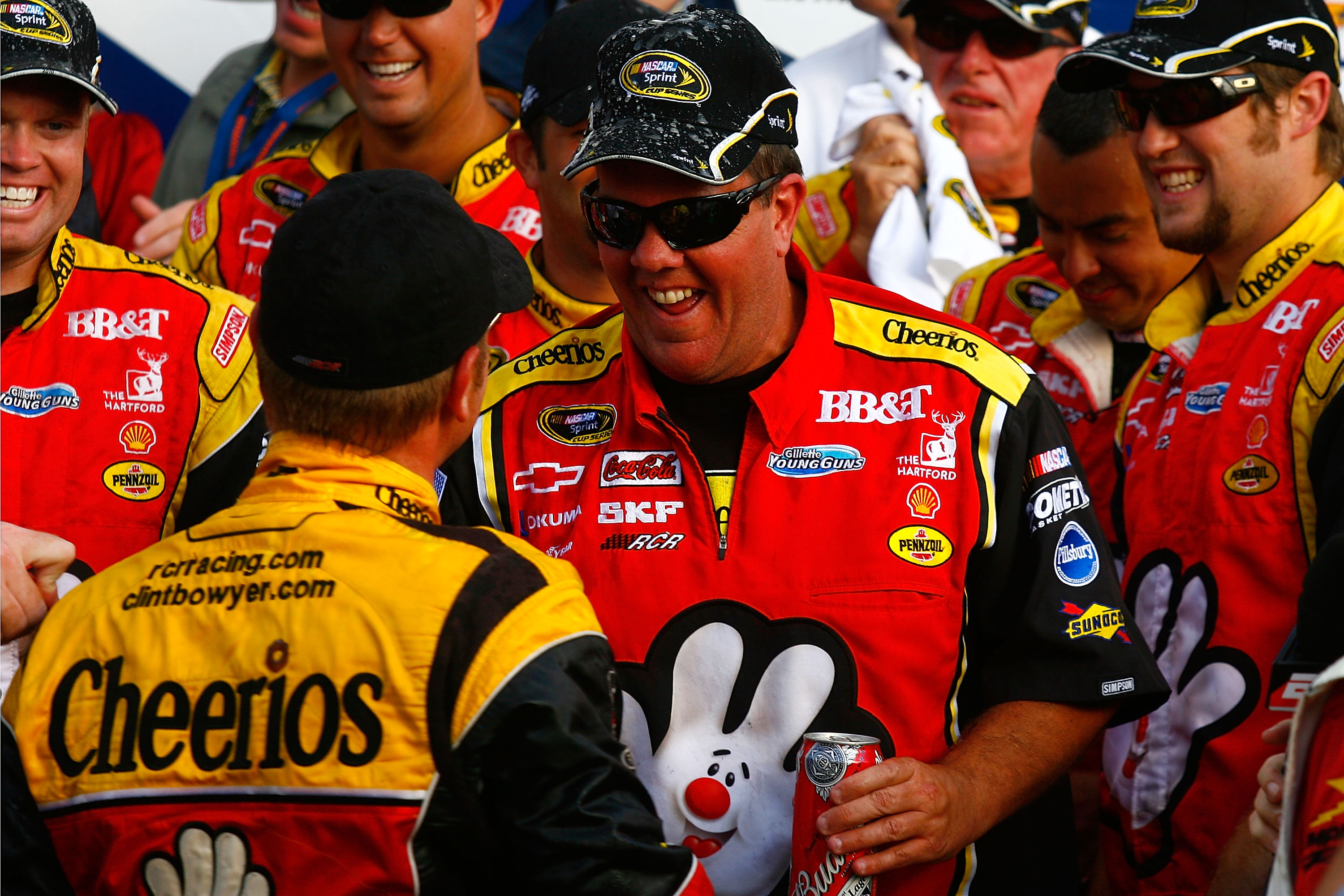 After having Bowyer's win in New Hampshire nullified with a penalty, Shane Wilson has not done much to erase suspicions that something was amiss with Bowyer's No. 33 Chevrolet. Lackluster performance in the two races following NASCAR sanctions have pretty much taken this team out of contention for the Sprint Cup championship. 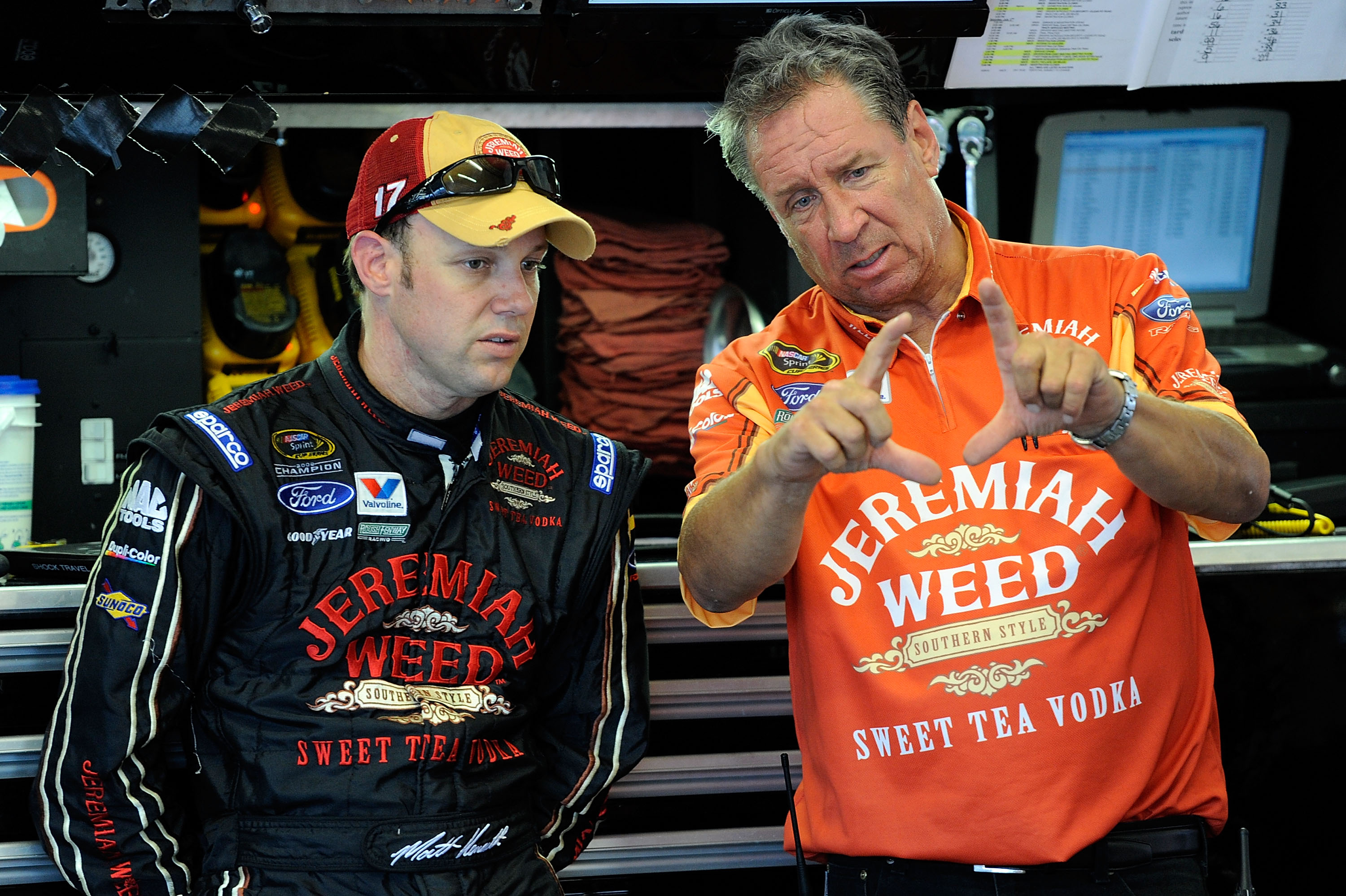 After poor finishes at New Hampshire and Dover, Jimmy Fennig needed to make sure that Kenseth and the No. 17 were almost perfect in the remaining eight races. After a seventh-place finish at Kansas, it's pretty evident that the No. 17 Ford of Kenseth is anything but perfect. Fennig had Matt running up front for a good portion of the race, but it faded at the end and ended up not really being a factor in the results. 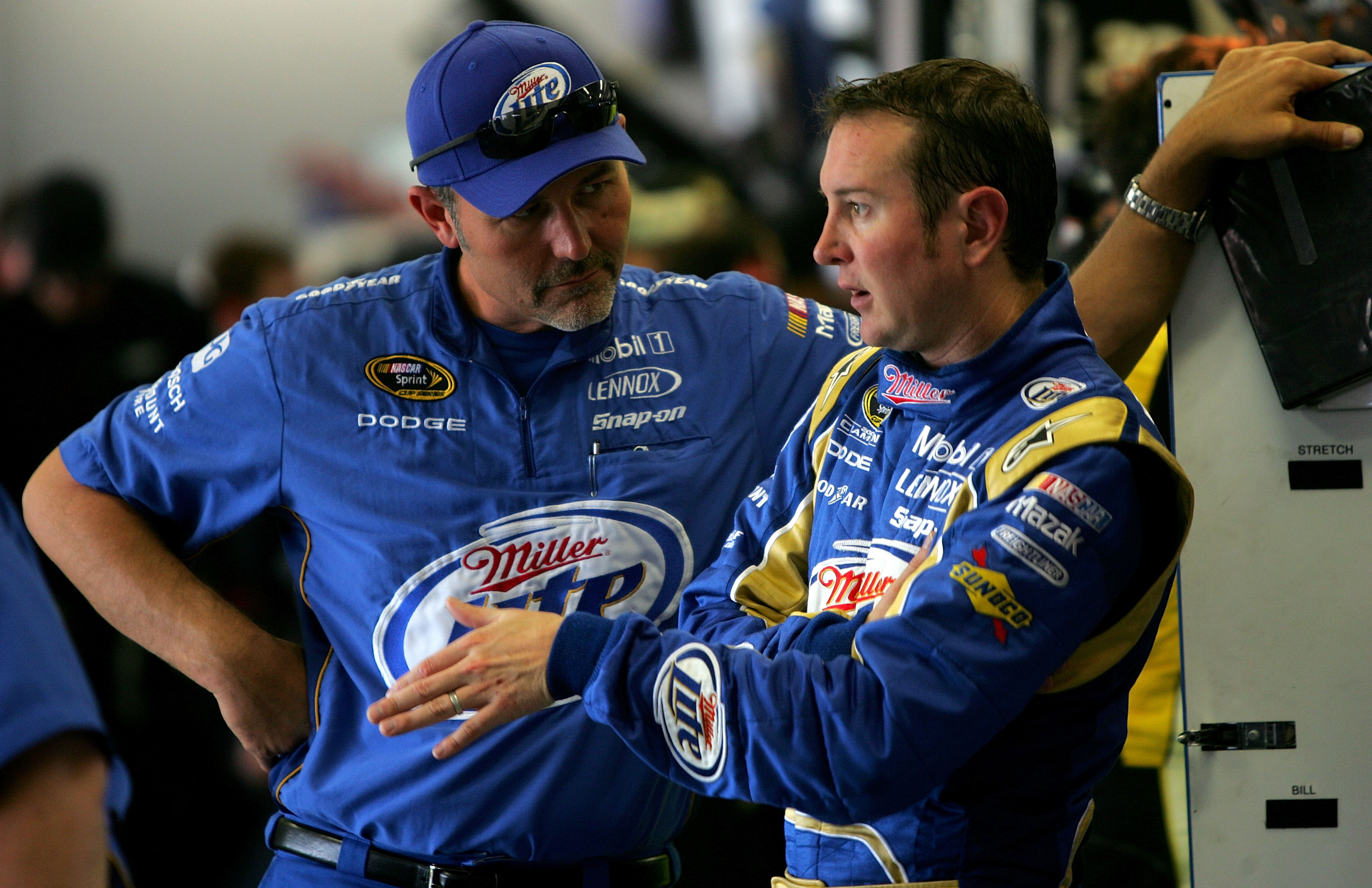 Consistency continues to elude both Addington and Busch. After completing Happy Hour at the top of the speed charts this past Sunday at Kansas, it looked like Busch had a strong chance of visiting Victory Lane. But in the closing laps of the race, the Miller Lite team lost the handle of its Dodge Charger and it ended up settling for a 13th-place finish, dropping Busch two places in the standings to sixth. 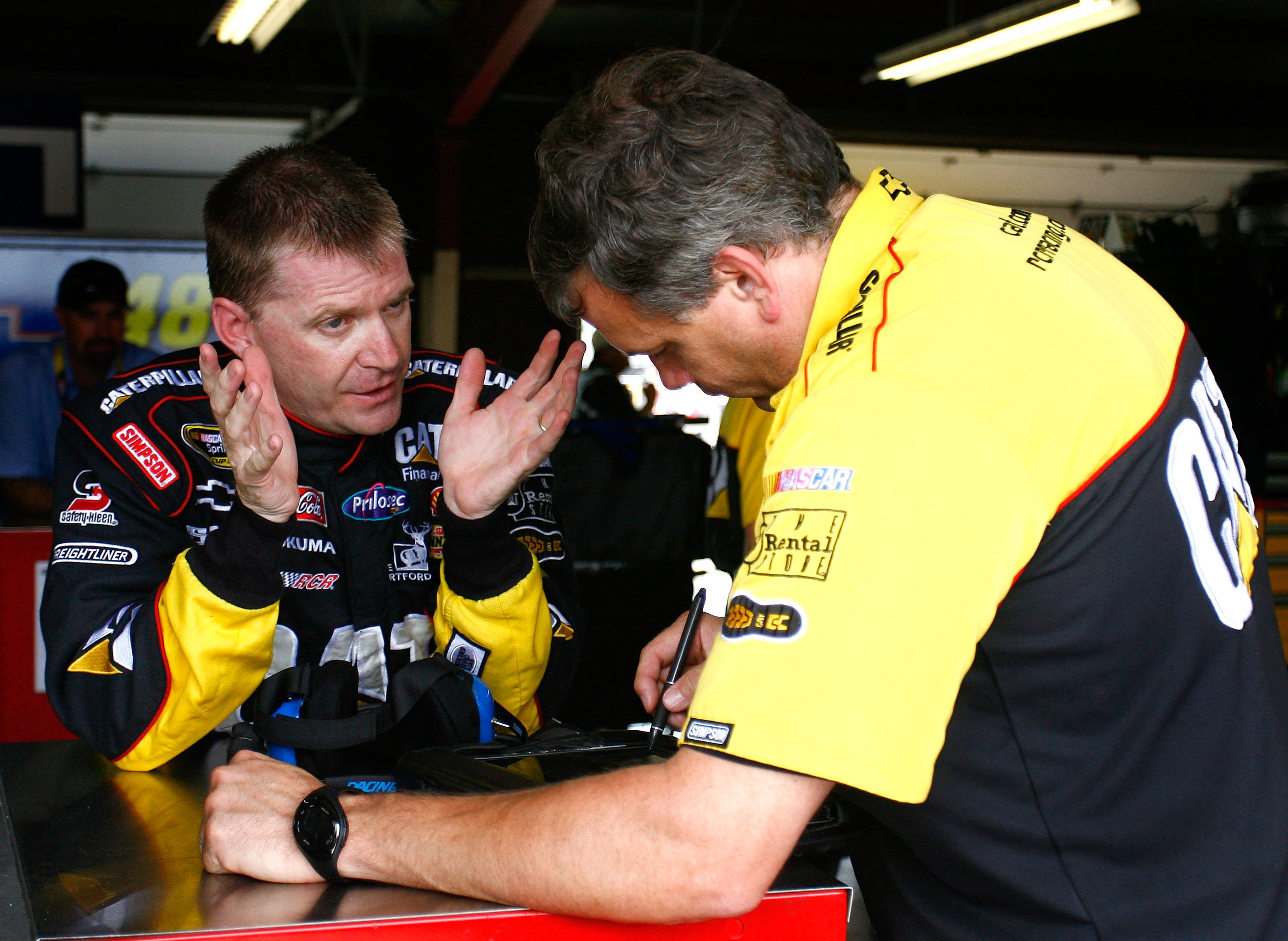 The No. 31 Chevrolet of Jeff Burton was another car that appeared capable of competing for the win in Kansas in the early stages of the race, but then faded. Berrier and team could do no better than 18th and continue to see their chances dwindle. There is still hope with the team only 101 points behind Chase leader Jimmie Johnson, but any more bleeding will relegate them to cheerleaders for Harvick and company. 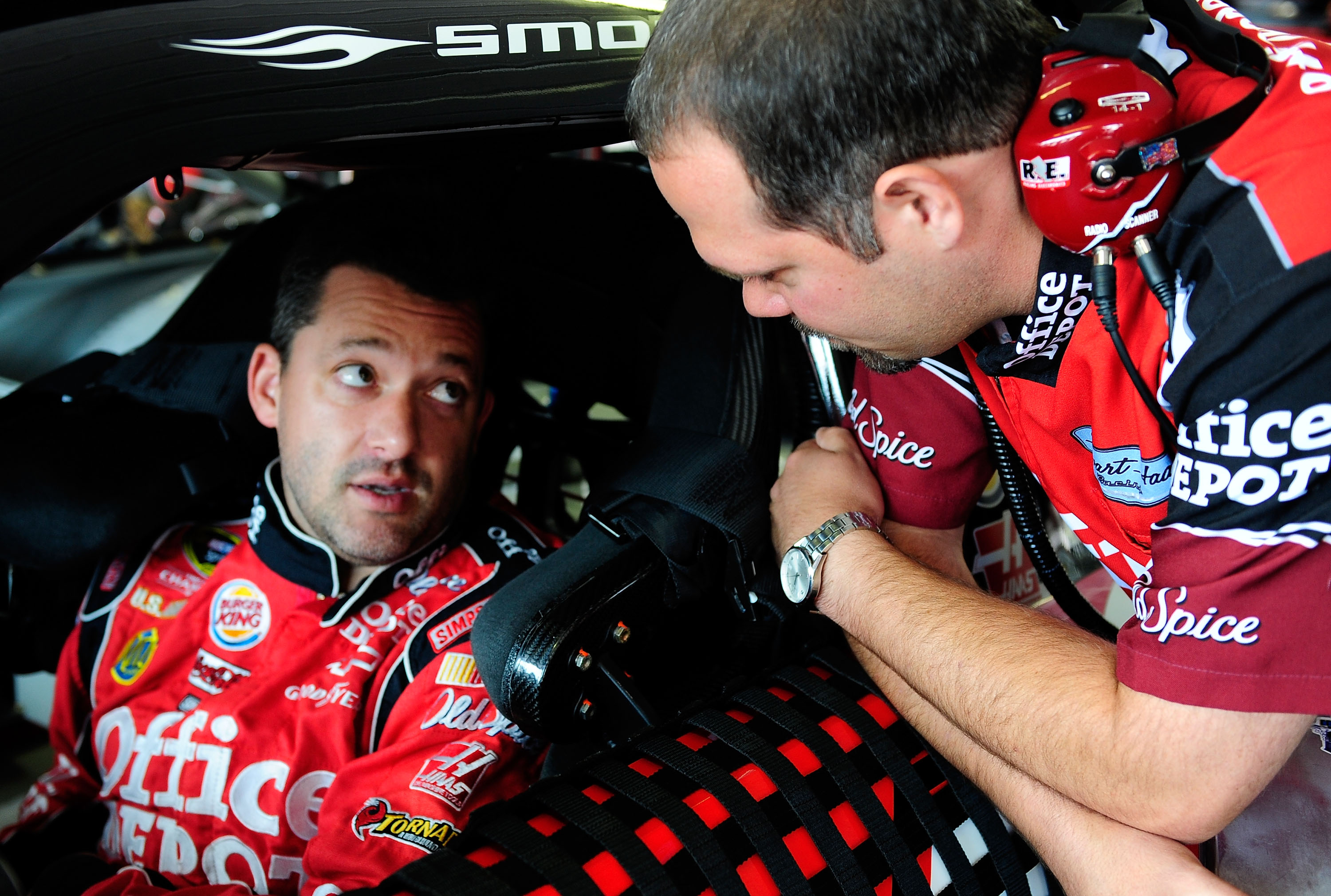 Finishing fourth at Kansas, Darian Grubb and the No. 14 Chevrolet of Tony Stewart are starting to show the strengths they exhibited at the end of the "regular season," but there was still some struggling to get a handle on the car late in the race. After leading the most laps, Stewart ending up with a great finish, but not quite what he and his team were looking for.

Grubb gets the No. 8 spot in the power rankings due to some inconsistency in performance from run to run, but mostly for a very questionable call at New Hampshire that ran the Office Depot Chevrolet out of fuel. The first race in the Chase may not be the best place to take that kind of gamble. 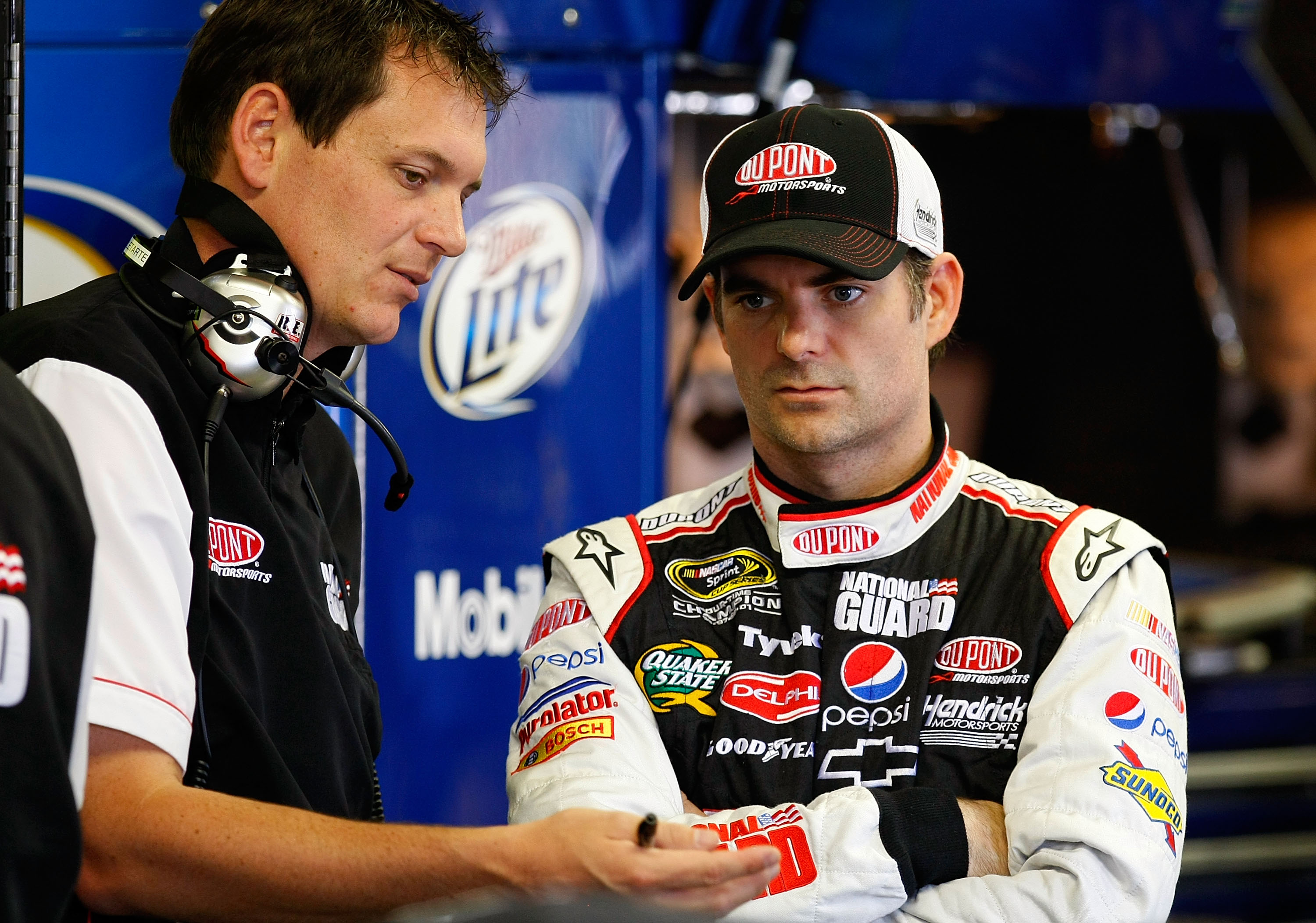 Steve Letarte doesn't seem to have figured out that it might be a good idea to compare notes with Chad Knaus. Although Jeff Gordon has had some very decent finishes with the Dupont Chevrolet, the No. 24 team just can't seem to find Victory Lane. In all three of the Chase races, there have been runs where the handling has just gotten away from Letarte and company. 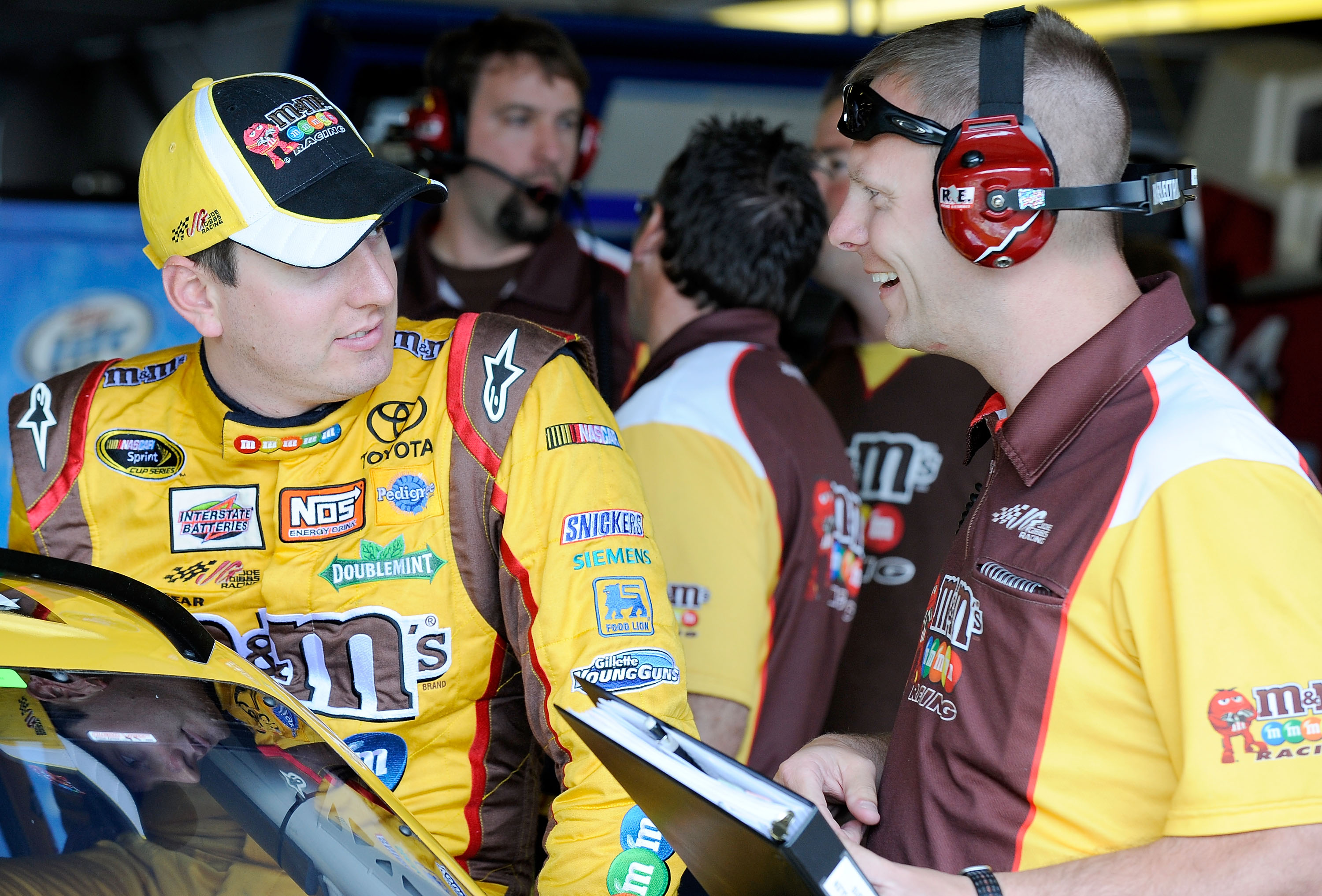 Despite getting a nomination for the Nobel Peace Prize after the way he dealt with Kyle Busch during the Kansas race on Sunday, Dave Rogers isn't quite up to speed on what it takes to win a championship. The No. 18 Toyota is always competitive, but there are times when Rogers just doesn't quite get it right. When Kyle is not happy with the car's handling, he takes risks that he might not otherwise take.

On Sunday, a mistake that caused another car to spin came back to bite Busch in the butt when David Reutimann let him know that he didn't appreciate the bump and didn't care that Rogers and crew are trying to win a championship. The outcome was a major hit in the points that could end up being very costly. 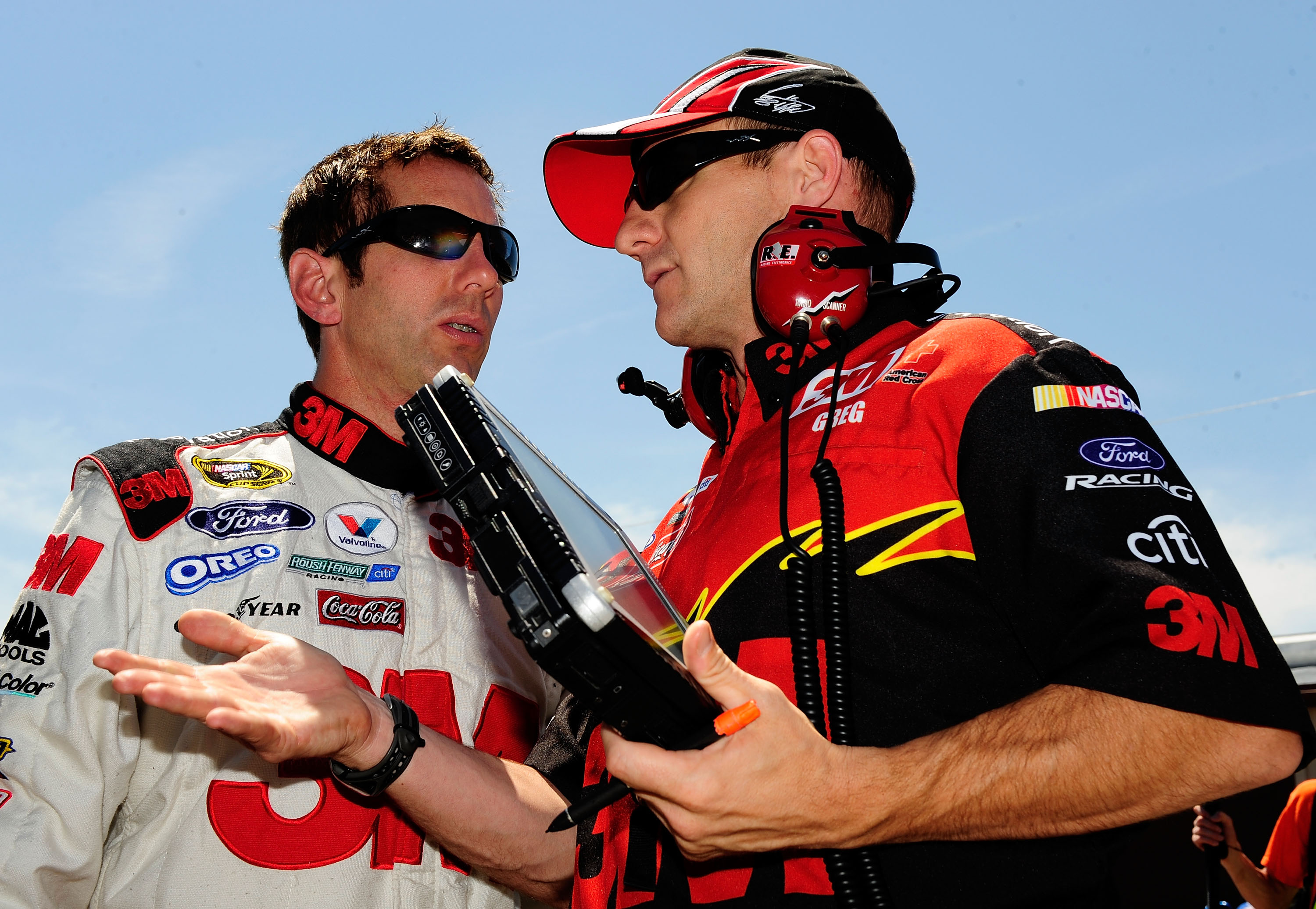 Greg Erwin served notice that Greg Biffle and the #16 Ford are definitely in contention for the 2010 Sprint Cup championship. Despite making up a lot of ground in the points and moving to within 85 points of Jimmie Johnson, Erwin and Biffle still have a lot of work to do. But the win on Sunday at Kansas certainly indicates they are moving in the right direction.

Bob Osborne has shown that having the No. 99 Ford of Carl Edwards in the Chase for the Sprint Cup was not a fluke. Currently 53 points behind the leader, Edwards is a real contender and figures to be a big factor when the series gets to Homestead in November, especially if they keep performing as they have been over the past several weeks. The only thing missing from the formula is a visit to Victory Lane, but their odds go up to get a win every time they perform well. They are certainly putting themselves in position to win. 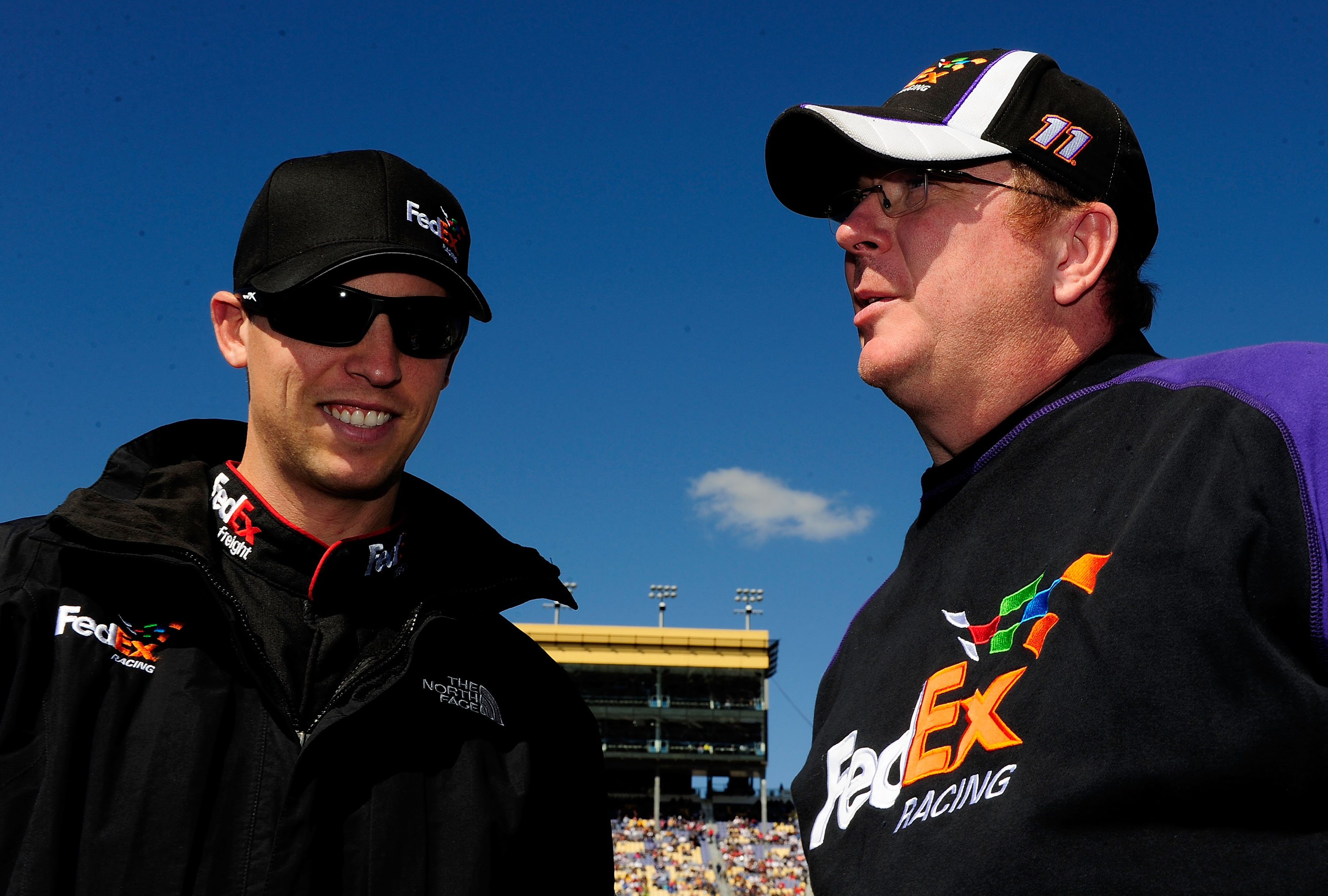 Hamlin struggled with handling and almost fell a lap down before the Kyle Busch/David Reutimann incident saved him and allowed Ford and company to work on the car, eventually giving Denny a car he could compete with.

Hamlin is by no means out of the Chase, and a win or two will surely put him where he wants to be heading into Homestead. But Mike Ford could make Hamlin's job easier by giving him a car that qualifies well to begin with. 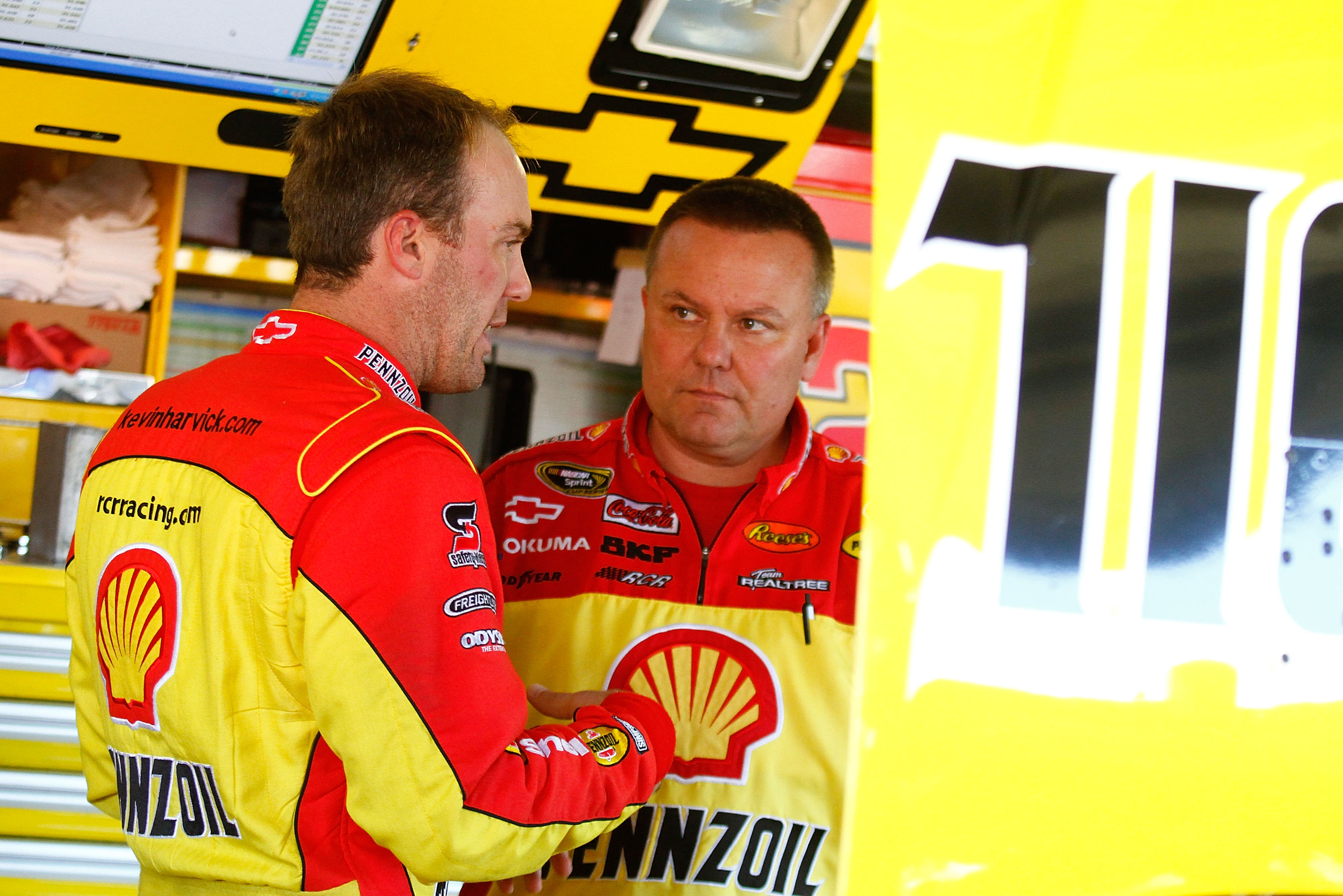 Starting position doesn't seem to keep Kevin Harvick from racing to good finishes week after week. Starting from the 24th spot on Sunday at Kansas, Gil Martin gave Harvick a car that was good enough to race his way to a third-place finish. Passing the competition didn't seem to be much of a problem for the No. 29 Chevrolet as he moved past a good portion of the field.

Consistency is always a major ingredient in the pursuit of a championship and the Shell/Penzoil crew has been nothing if not consistent most of the season. Look for Harvick to be one of three or four drivers arriving at Homestead contending for the championship trophy. 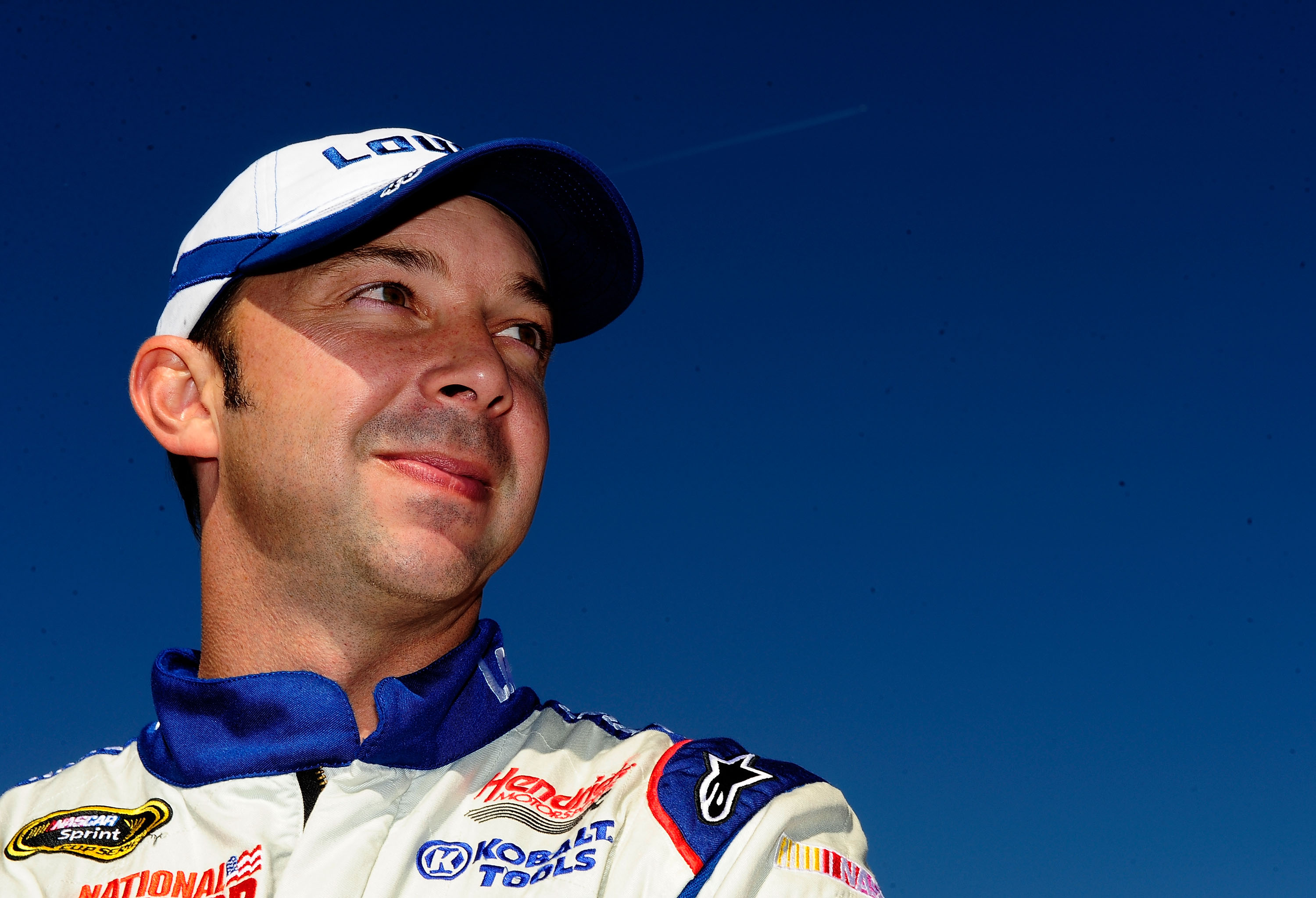 On the basis of experience in winning four straight championships alone, Chad Knaus is the class of the field. Time and time again, Knaus and Johnson have worked together to correct handling issues or overcome minor mistakes in the pits and poor qualifying to eke out good finishes. The only exception was the Chase opener in New Hampshire, where the Lowe's Chevrolet finished 25th.

If there is a chink in the 48 team's armor, it's some lapses in consistency throughout the 2010 season. But after starting 21st on Sunday at Kansas, Johnson drove his car to a second-place finish, and a few more laps could have made for a much different result. Leading in points after Kansas, Knaus and Johnson are pointing out that anyone who wants to win the Sprint Cup championship is going to have to deal with them.