NASCAR: 10 Drivers Guaranteed To Be in The Mix in The Price Chopper 400 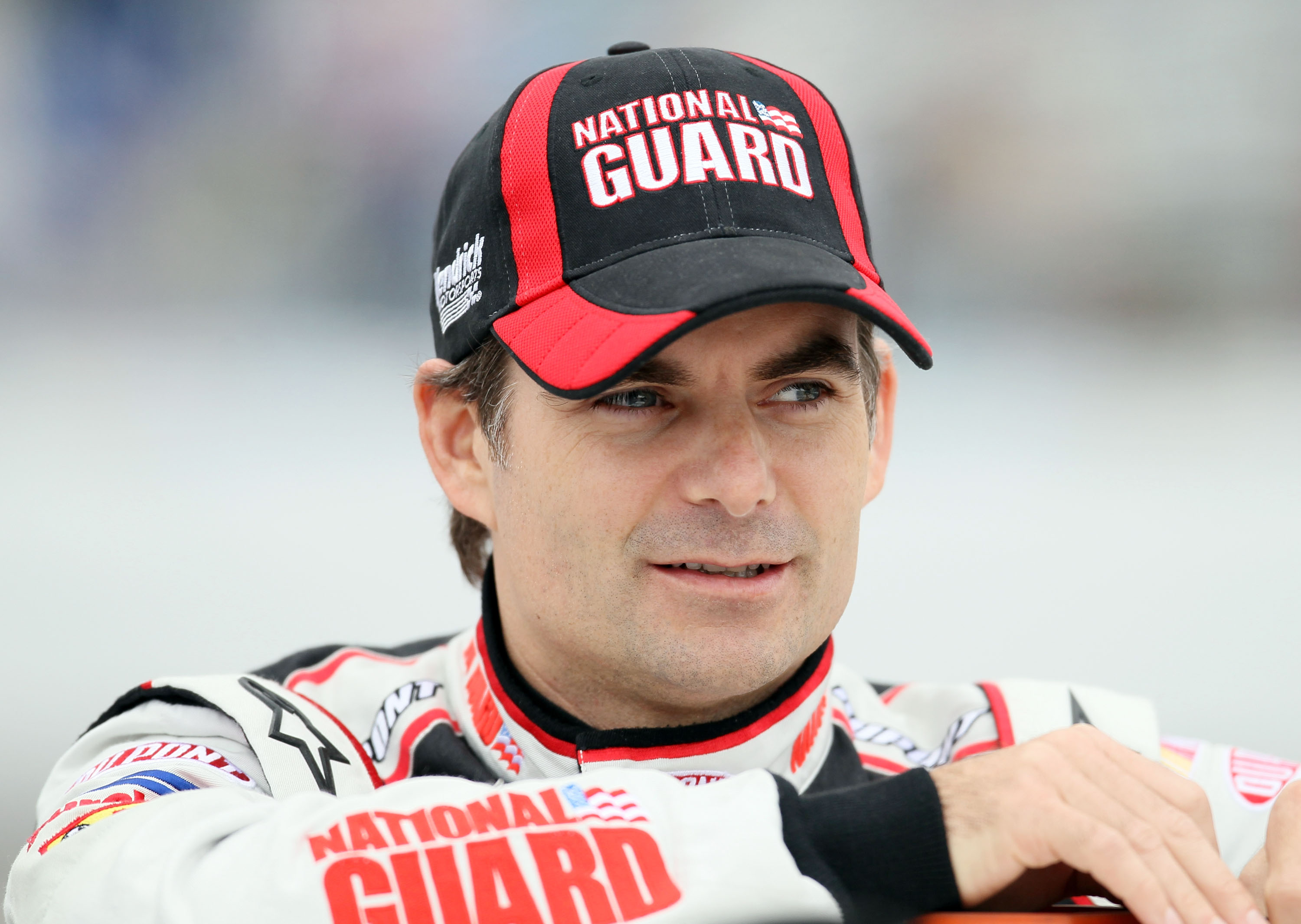 Sunday's Price Chopper 400 at Kansas Speedway marks the third race of the Chase for the Sprint Cup. Since the track's addition to the Sprint Cup Series schedule in 2001, there have been seven different winners.

A track almost identical to Chicagoland Speedway, Kansas provides exciting racing at high speeds and has a touch for the unknown, with the sometimes unpredictable weather paying a visit and wreaking havoc.

The following is a list of the 10 drivers who have been impressive at Kansas since the track's very first race in 2001 and will definitely play a part in Sunday afternoon's race. 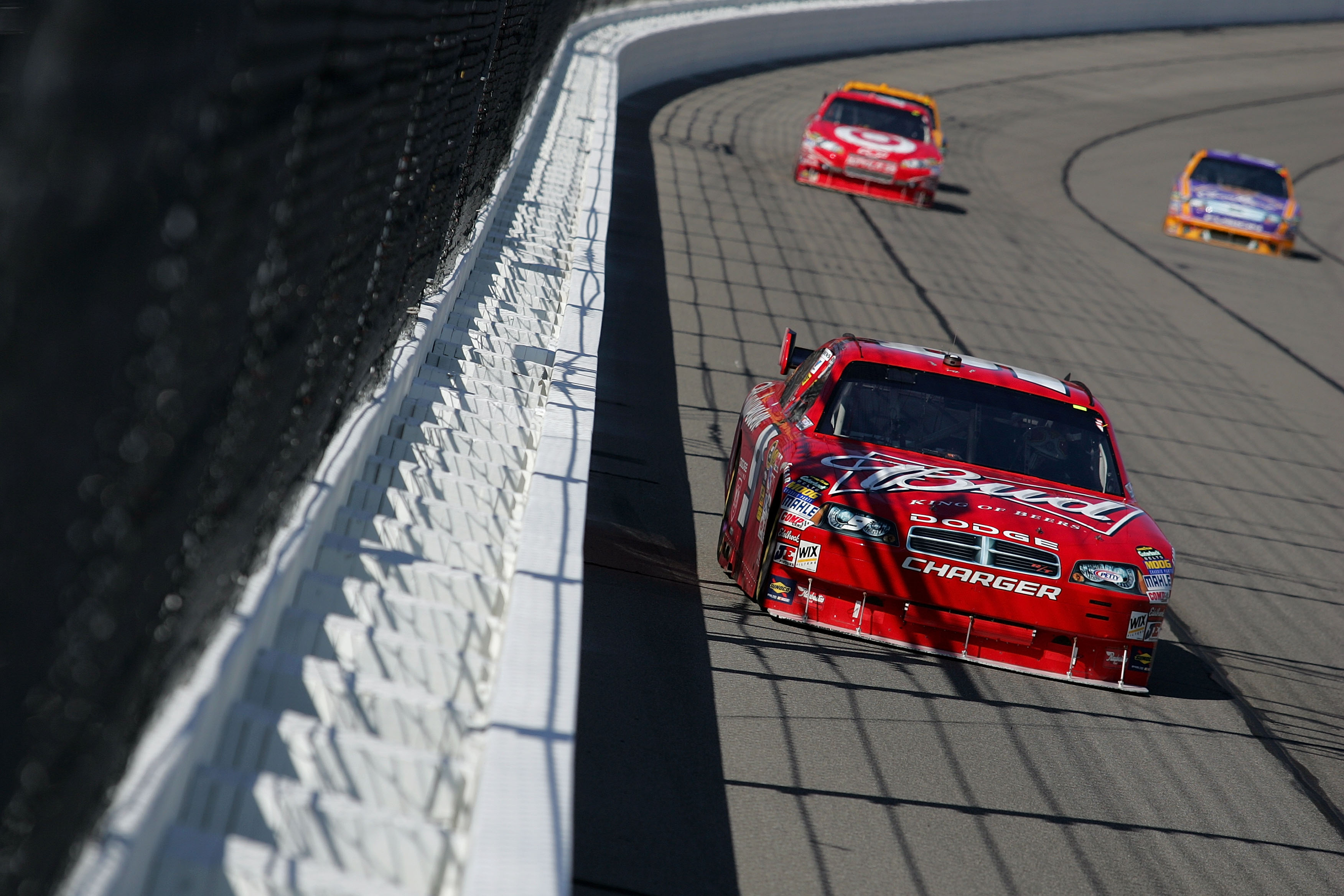 With all the off-track distractions of signing with Hendrick Motorsports to be Mark Martin's successor in 2012, signing with Red Bull Racing for next season, and the uncertainty of RPM's future, Kasey has had a relatively quiet year on the track and has missed the chase.

Sunday's race at Kansas provides Kasey with an excellent chance to get back into victory lane and spoil the show for the chase participants. Since his rookie season, Kahne has two Top 10's, four Top 20's, and has led 50 laps at Kansas with no DNFs.

Kasey excels at the cookie-cutter intermediate tracks that the Sprint Cup Series schedule is laced with, and Sunday could be his best shot at stealing the show and getting a win for his team before parting ways at season's end. 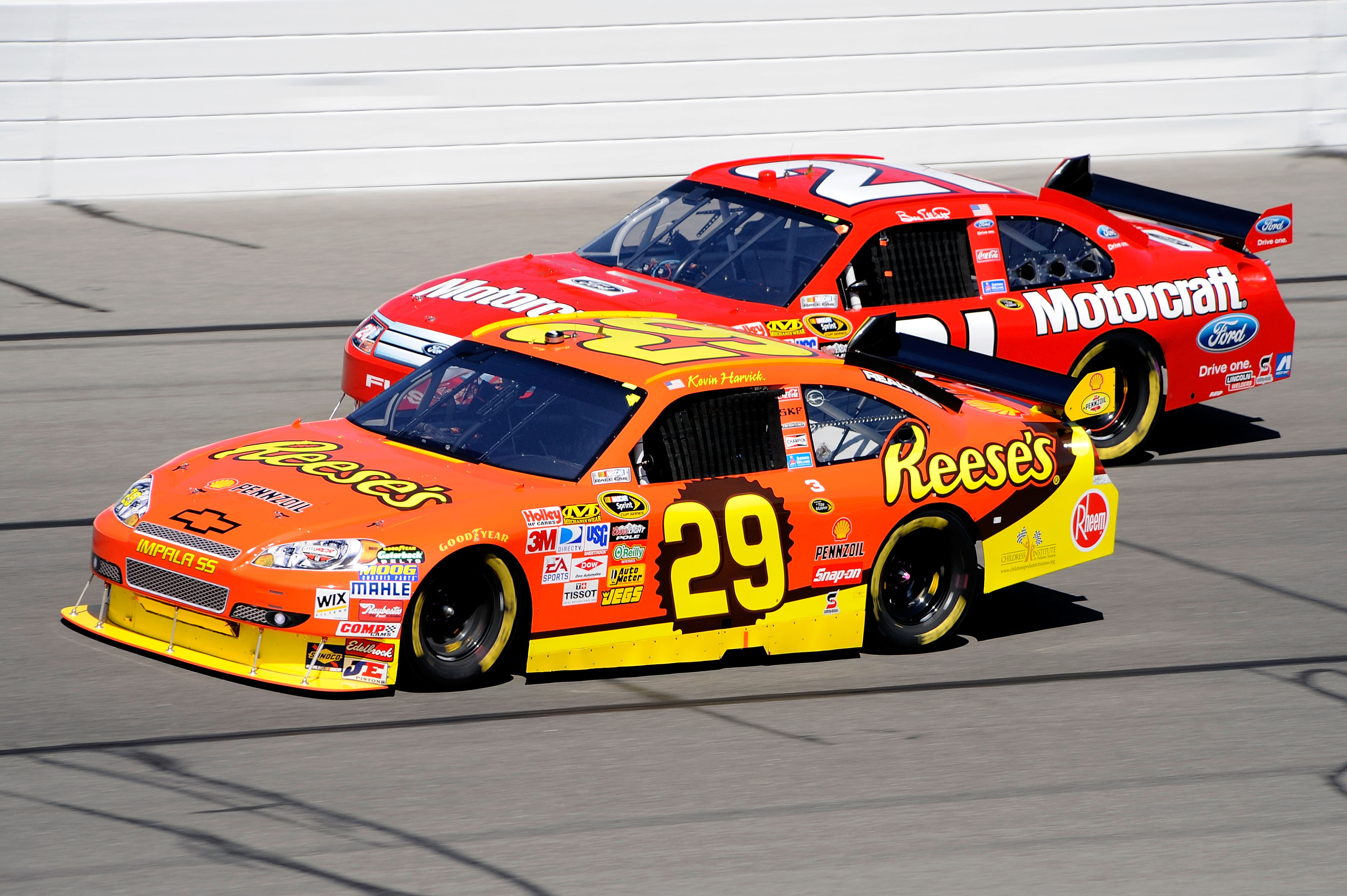 Kevin held the top spot of the Sprint Cup points standings for almost all of the regular season and won three races. Although having a very quiet Chase run thus far, Kansas could provide the much needed splash that he and the No. 29 team need to stay in contention for the championship.

Since Kevin's rookie season in 2001, he has three Top 10's, six Top 20's, and 67 laps led at Kansas with an average finish of 15.89. Harvick has won at Chicagoland Speedway, which is identical to Kansas, two times.

After surprising all of us through the regular season and winning three times, it's not a far-fetched thought that Kevin could surprise us again by winning on Sunday and putting himself right back into championship contention. 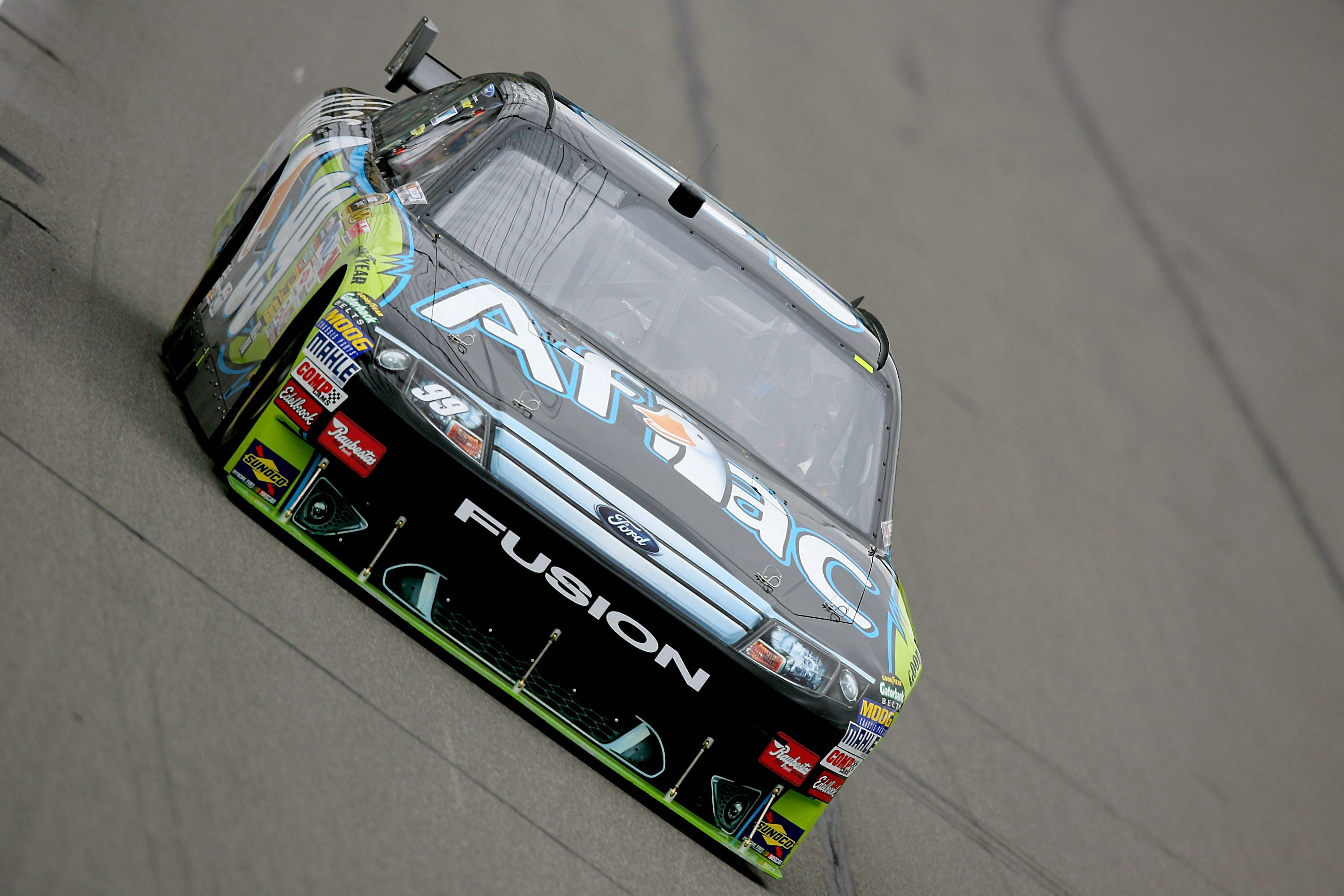 After staring the 2010 season off slowly, Carl came on hot during the summer months and catapulted himself into the chase. Although having not won since 2008, Carl Edwards knows how to get the job done on the intermediate tracks.

The same is for Carl at Kansas—who has never won there—but has two Top Fives, four Top 10's, four Top 20's, and an average finish of 13.33 through six races. Besides an accident that caused Carl to finish 37th in 2007, Carl has never finished worse than 22nd. 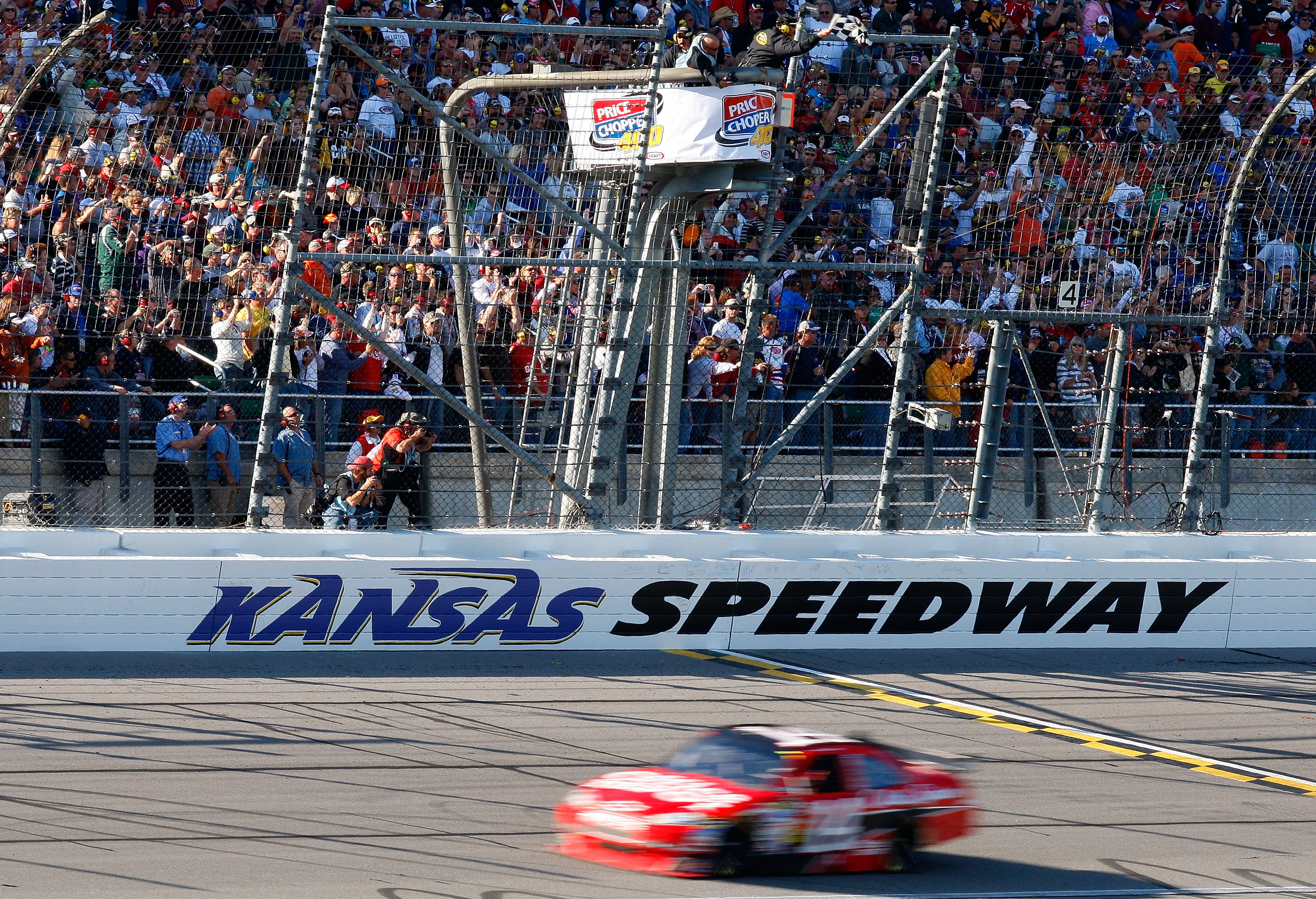 Unlike last season, Tony Stewart started 2010 off slow, but came on strong as he always does in the summer months and clinched a spot in the chase with one victory at Atlanta last month.

It's been feast of famine for Stewart at Kansas, but when everything goes right, he has found success. Tony has two wins, four Top Fives, six Top 10's, and seven Top 20 finishes at Kansas, with an average finish of 13.22 through nine races.

Although starting off the chase slowly mostly to driver and crew error, Kansas is the perfect place for Stewart to get back on track and get back in contention for his third Sprint Cup championship. 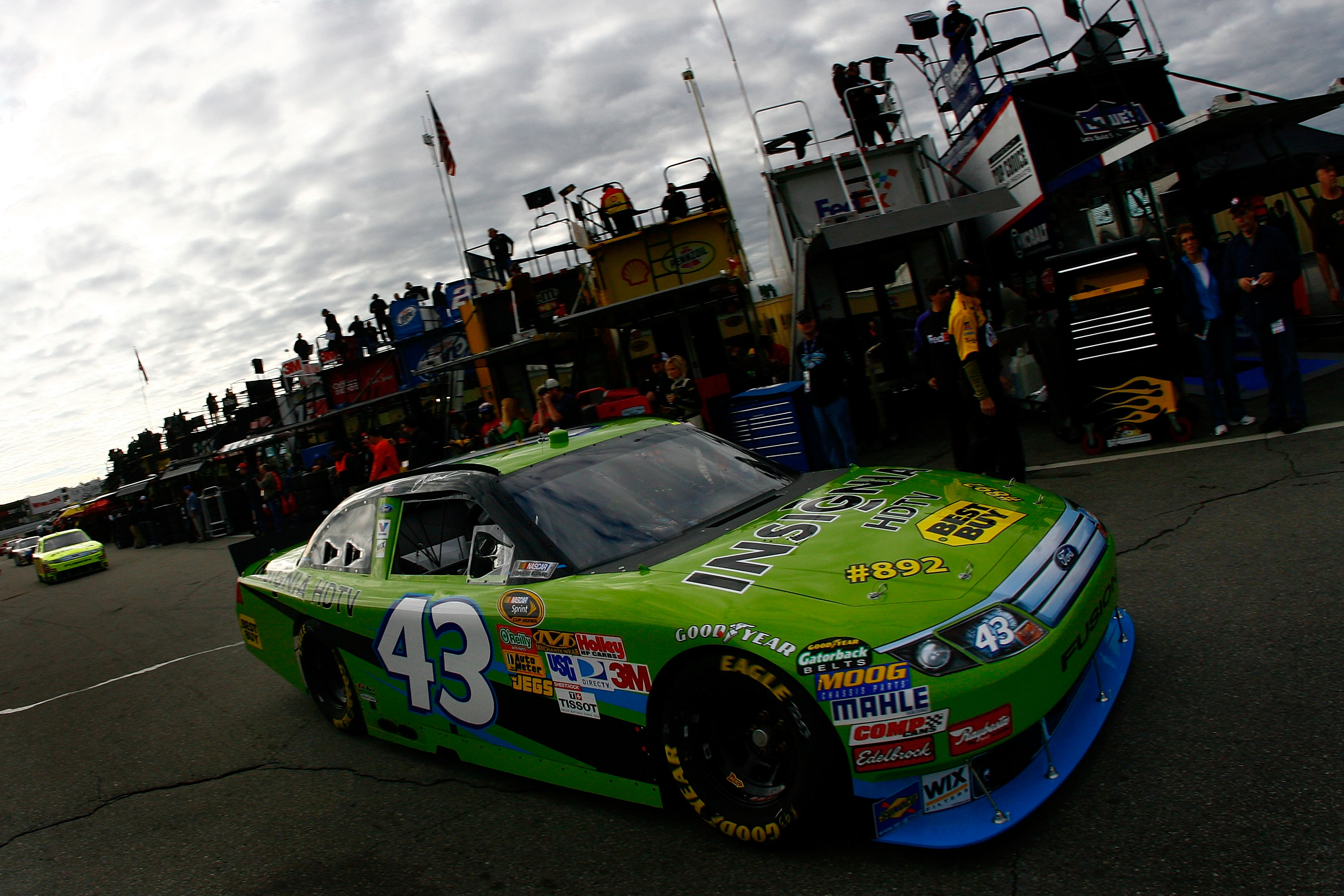 After leading a career-high 143 laps last week at Dover only to suffer a flat tire and finish tenth, Allmendinger is looking to Sunday for a chance to finally pull the famous No. 43 car back in victory lane.

Kansas has been a good track for the former open-wheel star, who has one Top 10 and two Top 20 finishes there, with an average finish of 13th through two races and a worst finish of 17th.

After the disappointment of last week, it will give the extra fire A.J. needs to get his first career Sprint Cup win. Although highly underplayed, momentum is a very strong aspect of racing and could carry over to Kansas. 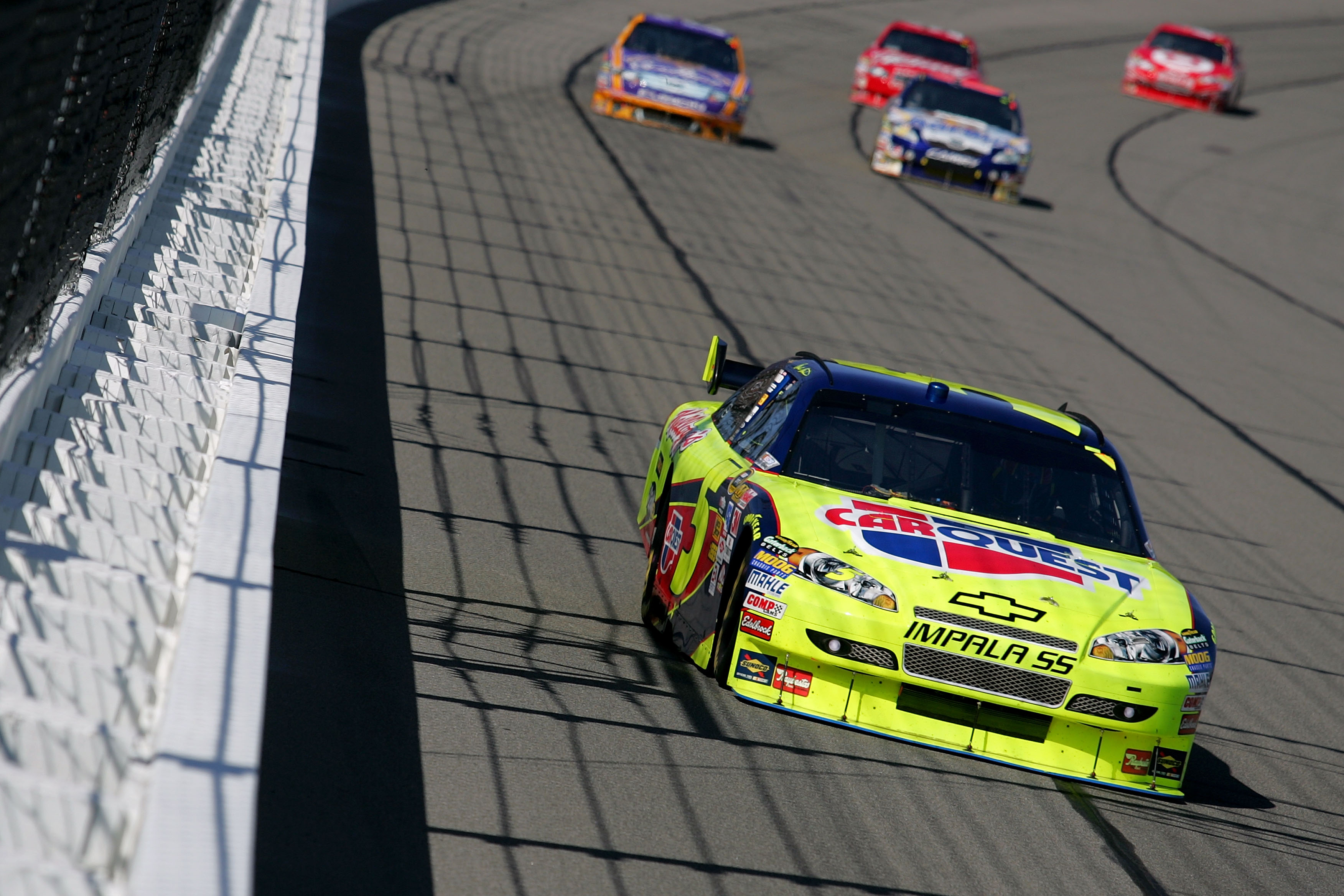 After nearly winning the championship last year, 2010 has been a very quiet and disappointing season for Mark Martin, who hasn't won a race and missed the chase.

Historically, Kansas has been a great track for Mark Martin, and he has one win, two Top Fives, four Top 10's, and eight Top 20's, with an average finish of 12.44 and never finishing worse than 25th.

Sunday provides an excellent chance for Mark to turn his season around and get back to victory lane. Non-Chase drivers have pulled the upset at Kansas three times in the track's nine-race history. 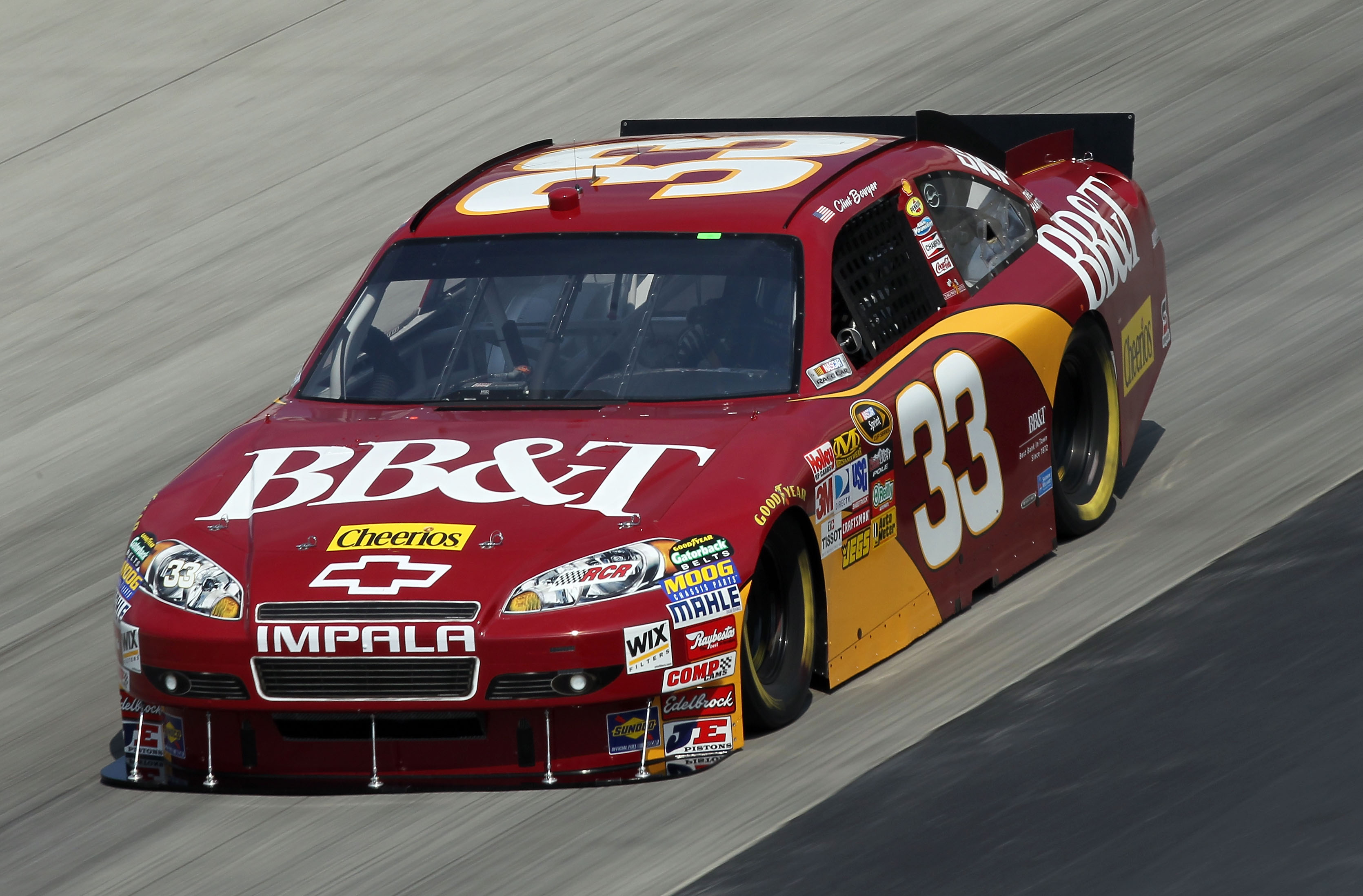 Kansas native Clint Bowyer came on strong during the summer months and coupled with consistent finishes, made the Chase and won at New Hampshire three weeks ago. The good vibes quickly ended when his car was found to be illegal and Clint and the team were docked 150 driver and owner points, moving them from second to 12th in points and already more than one race behind.

Bowyer has excelled at his home track of Kansas in the past and has one Top Five, two Top 10's, three Top 20's, and has never finished worse than 21st, with an average finish of 11th.

Kansas couldn't come at a better time for Clint, who looks to get a win in front of his hometown crowd and prove to NASCAR that his chase berth wasn't a fluke. 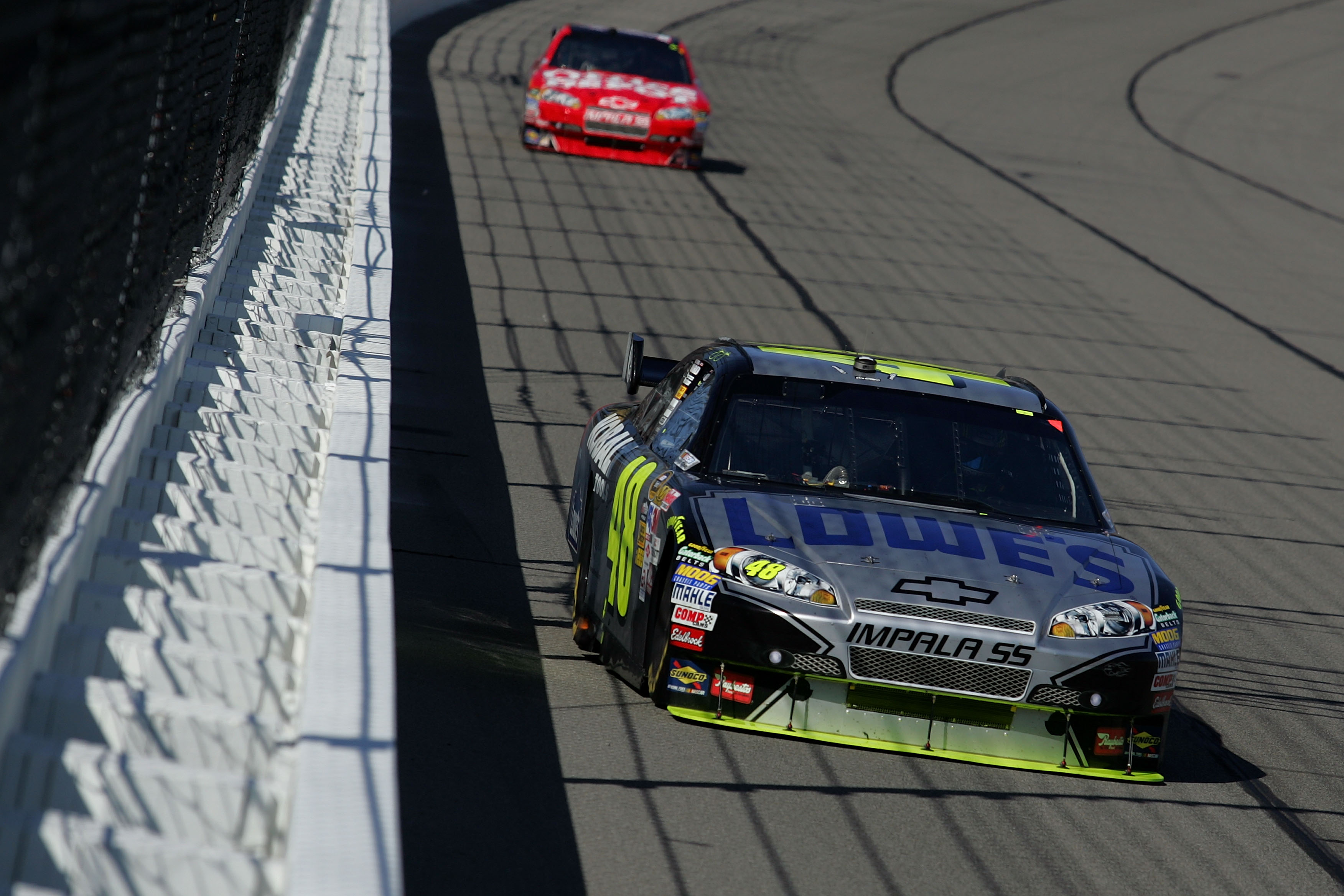 Continuing right where he left off last season, four-time consecutive and reigning champion Jimmie Johnson has won six races thus far and is now second in points after a win last week at Dover. Johnson and the 48 team now have their sights set on Kansas and leaving the track on Sunday with the points lead.

Kansas has been a great track for Johnson, and he has one win, two Top Fives, six Top 10's, seven Top 20's, and an average finish of 10th, which ranks third among active Sprint Cup drivers.

With Johnson being arguably the best closer in NASCAR, Kansas provides a great chance for he and the 48 team to leave the track on Sunday evening with the points lead and contend for a record-setting five straight cup championships. 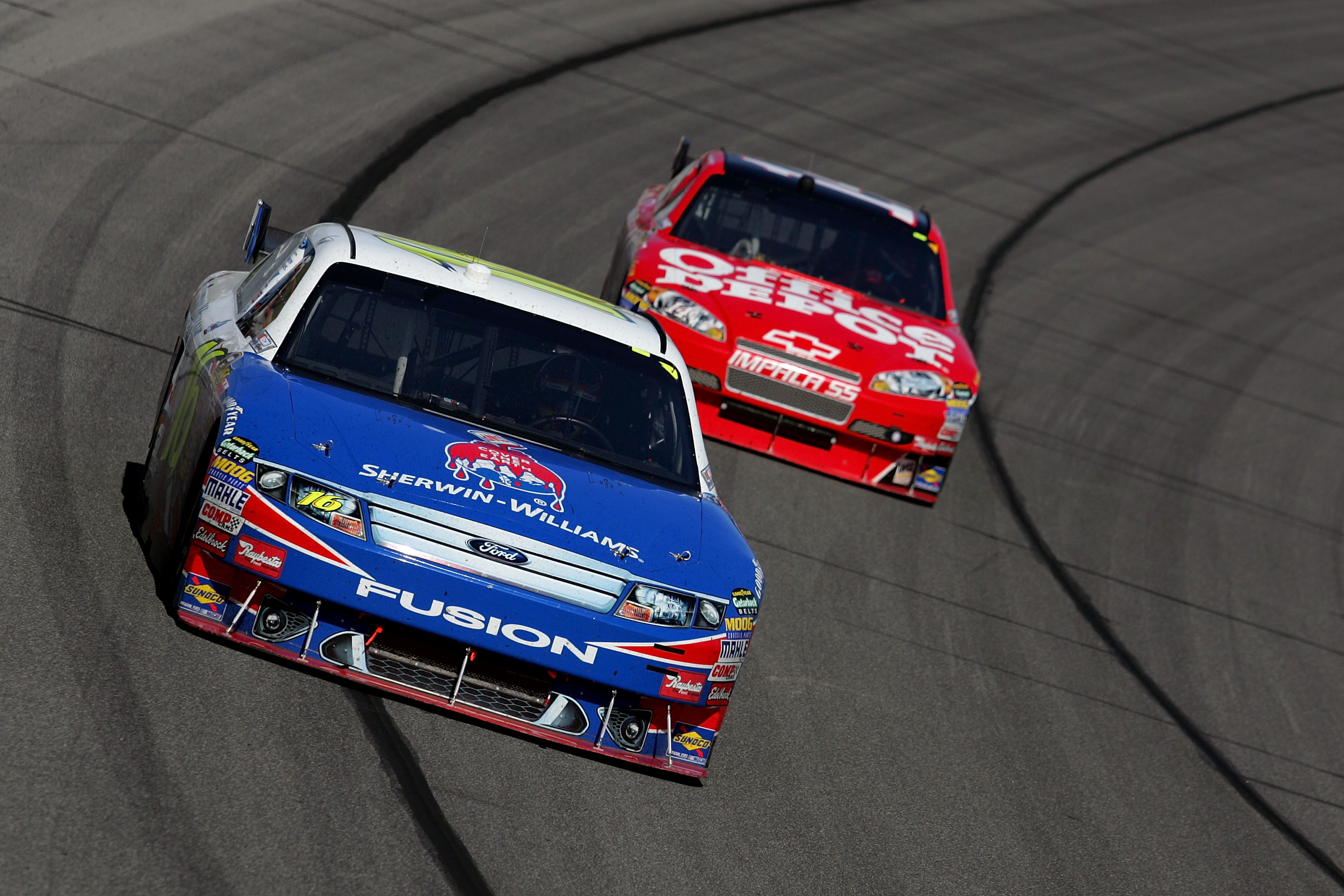 Greg Biffle has had a season of ups and downs in 2010, but won the only time this season for Roush-Fenway, which came at Pocono and made the chase after a consistent regular season performance.

Kansas couldn't come at a better time for Biffle, who has one win, five Top Fives, five Top 10's, and seven Top 20 finishes, with the second best average finish among Cup drivers of ninth.

Biffle excels at the intermediate cookie-cutter tracks that adorn the Sprint Cup Series schedule and Kansas is a perfect place for him to get a much needed win and get back into title contention. 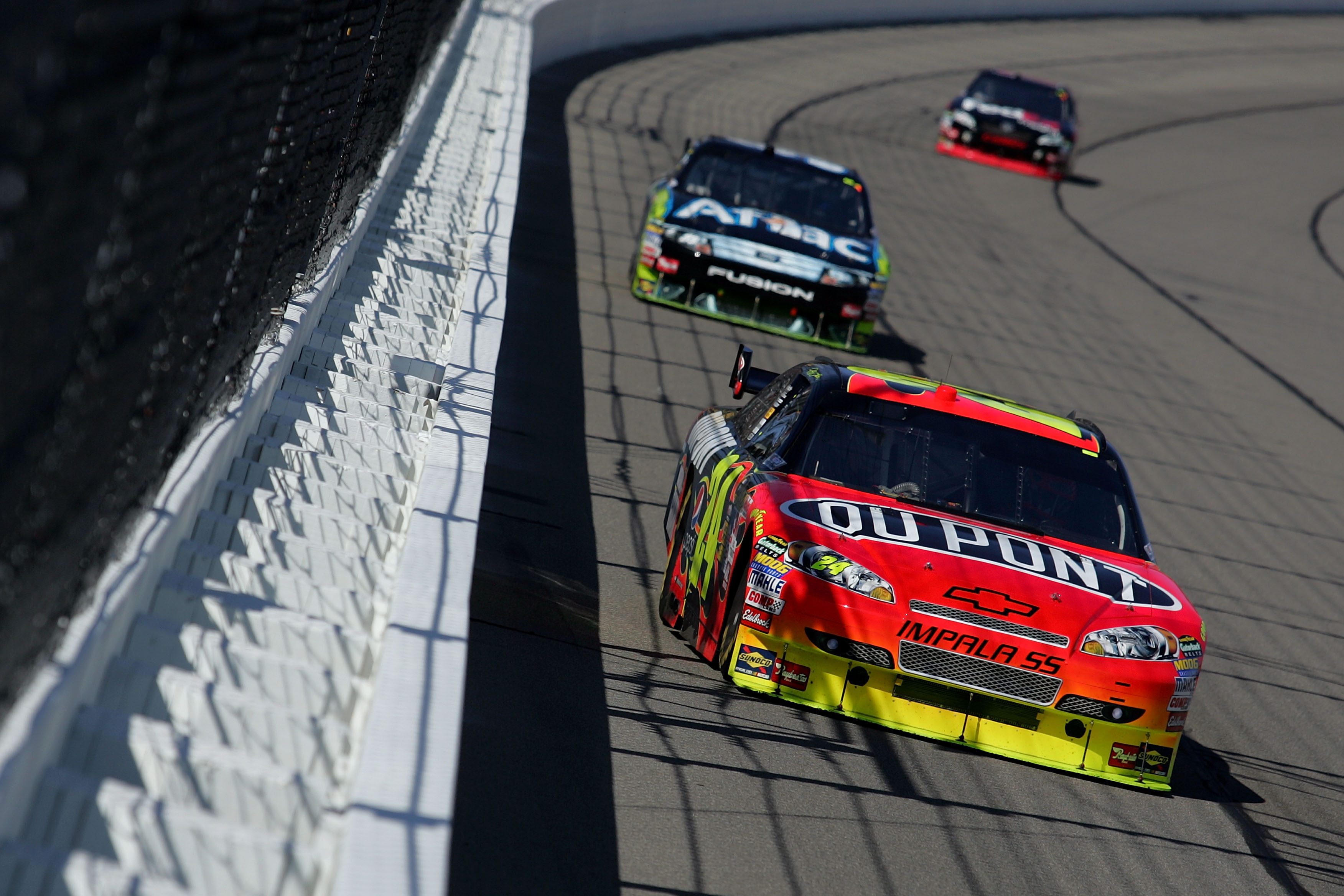 The 2010 season has been one of missed opportunities for Jeff Gordon, who has arguably been the most consistent driver during the regular season and coming up just shy of wins several times this season after having the strongest car.

Kansas is Gordon's third-best track statistically and provides Jeff with possibly his best shot to get a much-needed win in the chase. Besides winning the first two races held at Kansas, Jeff has six Top Fives, seven Top 10's, eight Top 20's, and an average finish of 8.89, which is the best average finish among all Cup drivers.

With all the near misses and frustration 2010 has brought, Kansas very well could be the place where Gordon finally snaps another long win-less streak and gets that win they have been working so hard for all season.