World Football: The Current Best 11 Defenders In The World 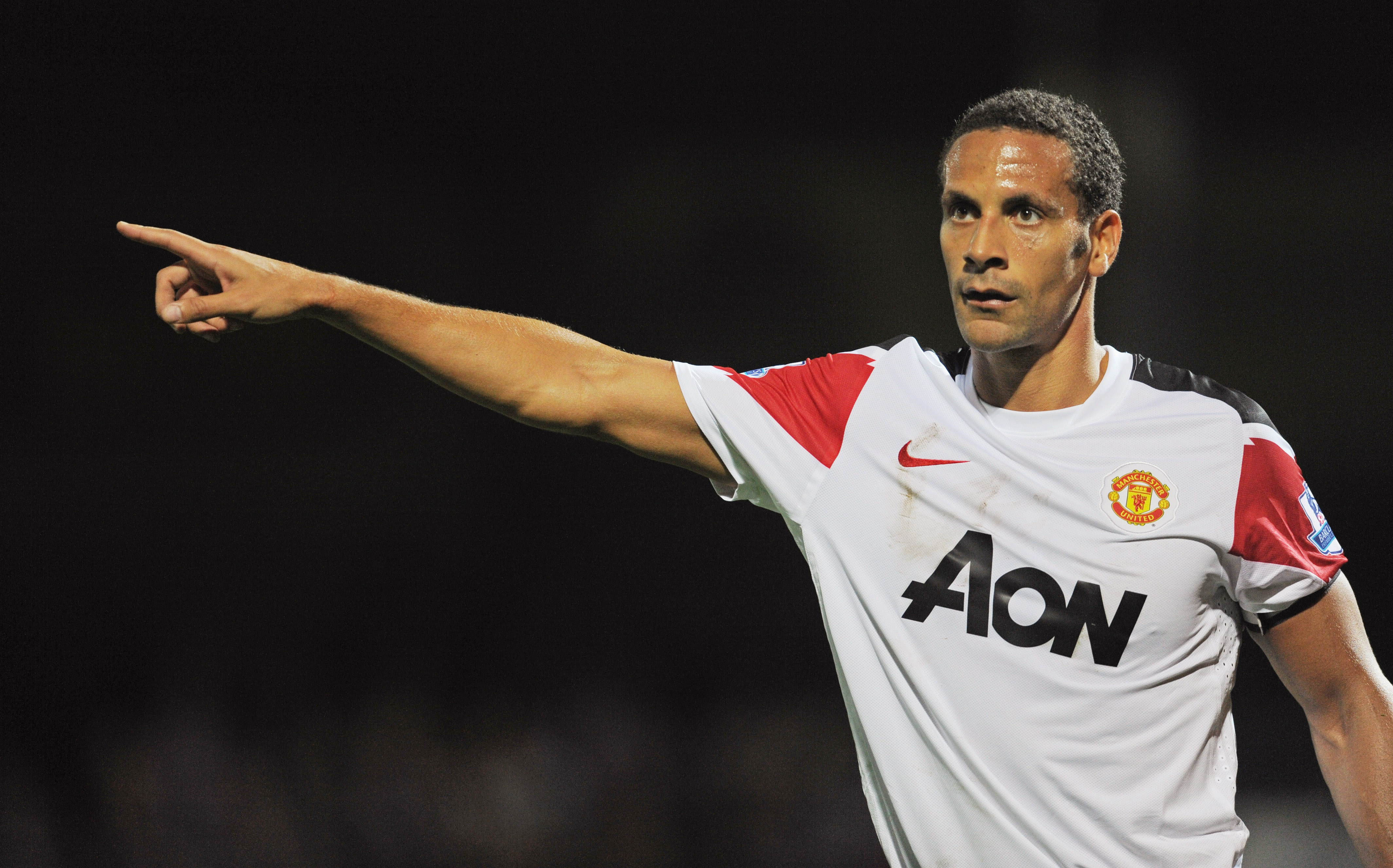 When people think of the best players in the world, forwards and midfielders always come to mind.

This can considered quite natural, but it is undoubtedly a little unfair for defenders; everyone knows that a good defense is fundamental for success.

Let's take a look at the 11 best "forward nemesis" in the world.

It's needless to say that I've left you many great defenders, but there's only room for 11 and these are, as far as I'm concerned, the best of the best. 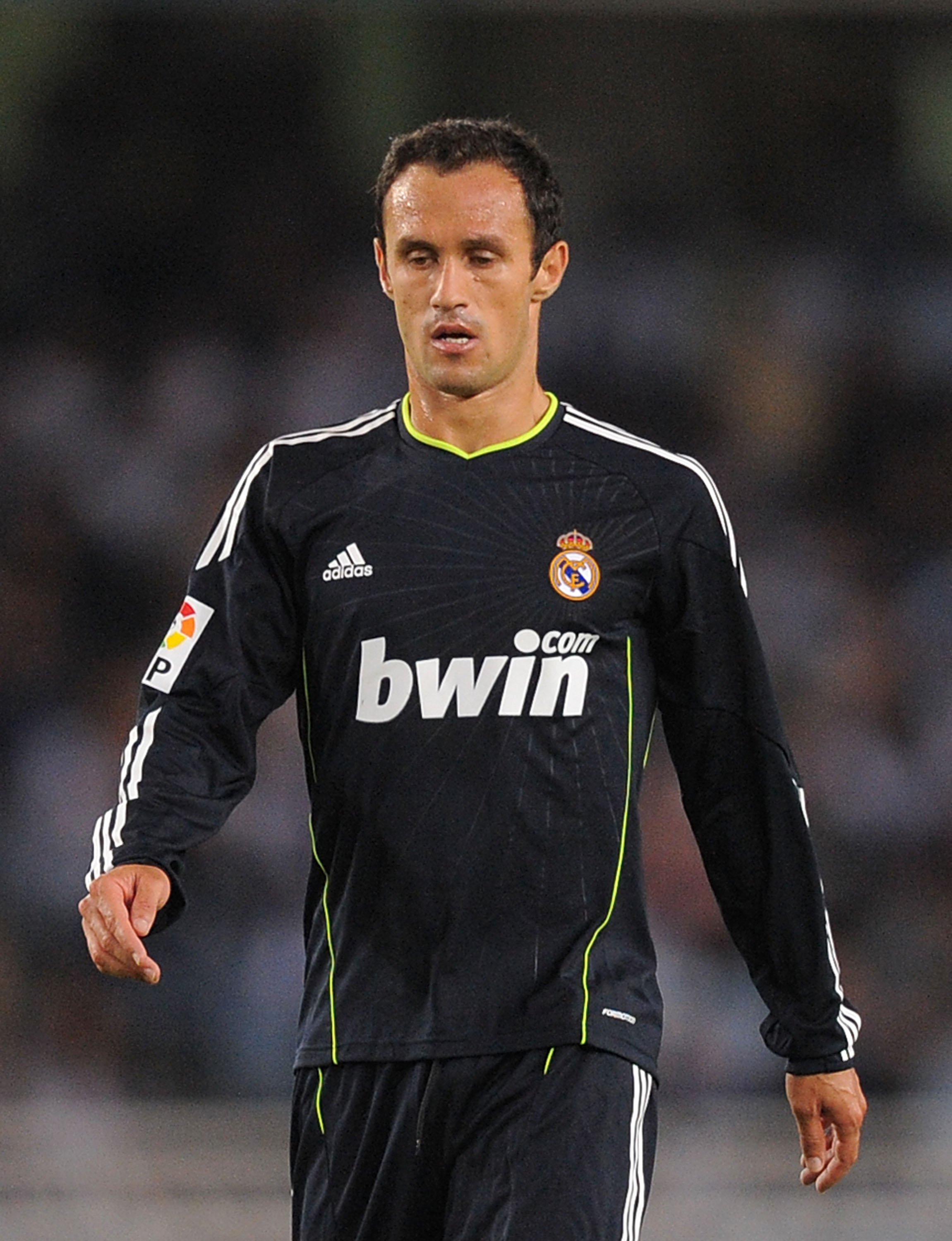 Ricardo Carvalho is one of the best centre backs in the world and arguably Real Madrid's best signing of the summer.

He's quick, imperial on the air and has an amazing technique.

Ever since he won the Champions League with Porto, he has been known as one of the most feared defensive walls in the world.

At 32, he's still going strong. Thanks to his brilliant performances, Real Madrid have only suffered a goal so far this season in official matches. 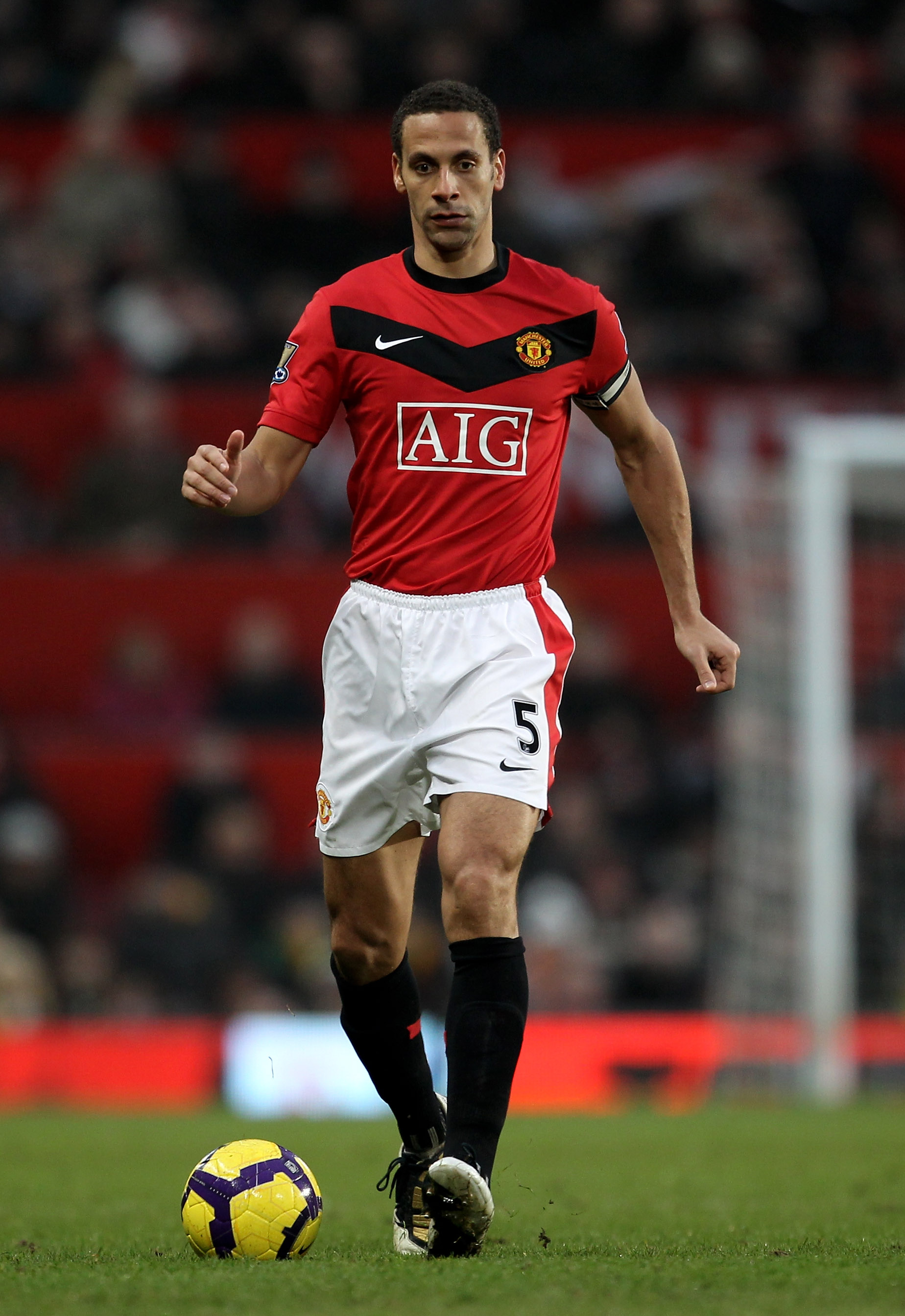 Over this past decade, Rio Ferdinand has consistently been one of the best centre backs in the world and one of the keys to Manchester United's success.

His positioning and great composure on the ball make him very difficult to beat.

He got seriously injured at the end of last season and that affected Manchester United and the English national team, who both struggled without their captain.

With Vidic, Rio Ferdinand forms one of the best centre back duos in the world today. 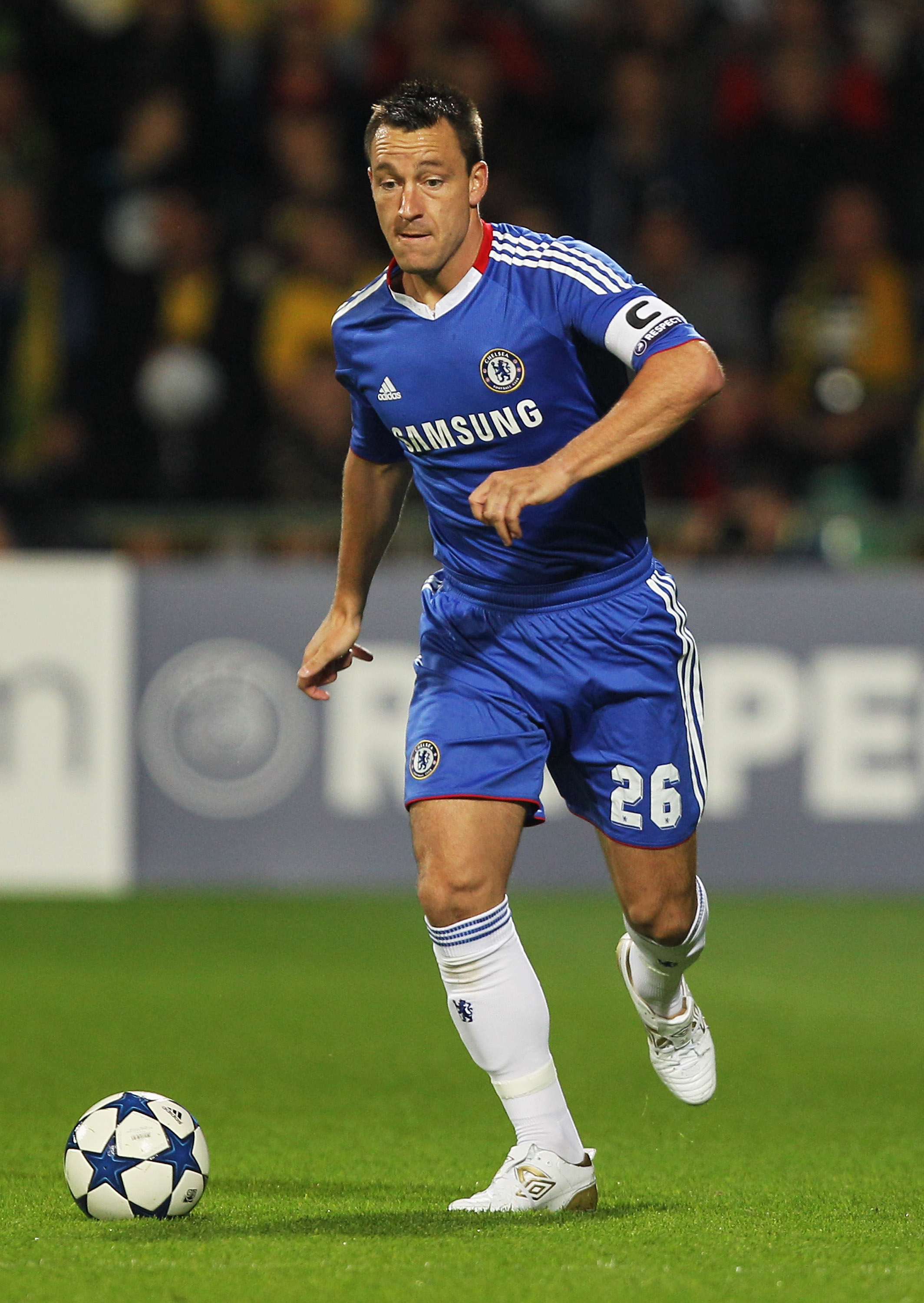 Despite his controversial off-pitch antics, John Terry is certainly a top defender. In fact, he was voted best defender of the Champions League twice.

His duo with Ricardo Carvalho was an incredibly successful one and instrumental to Chelsea's success.

His most unfortunate moment came when he slipped and missed the penalty that would have given Chelsea that elusive Champions League trophy.

Despite that, Terry is definitely a world-class centre back and at 29, he's still at the top of his game. 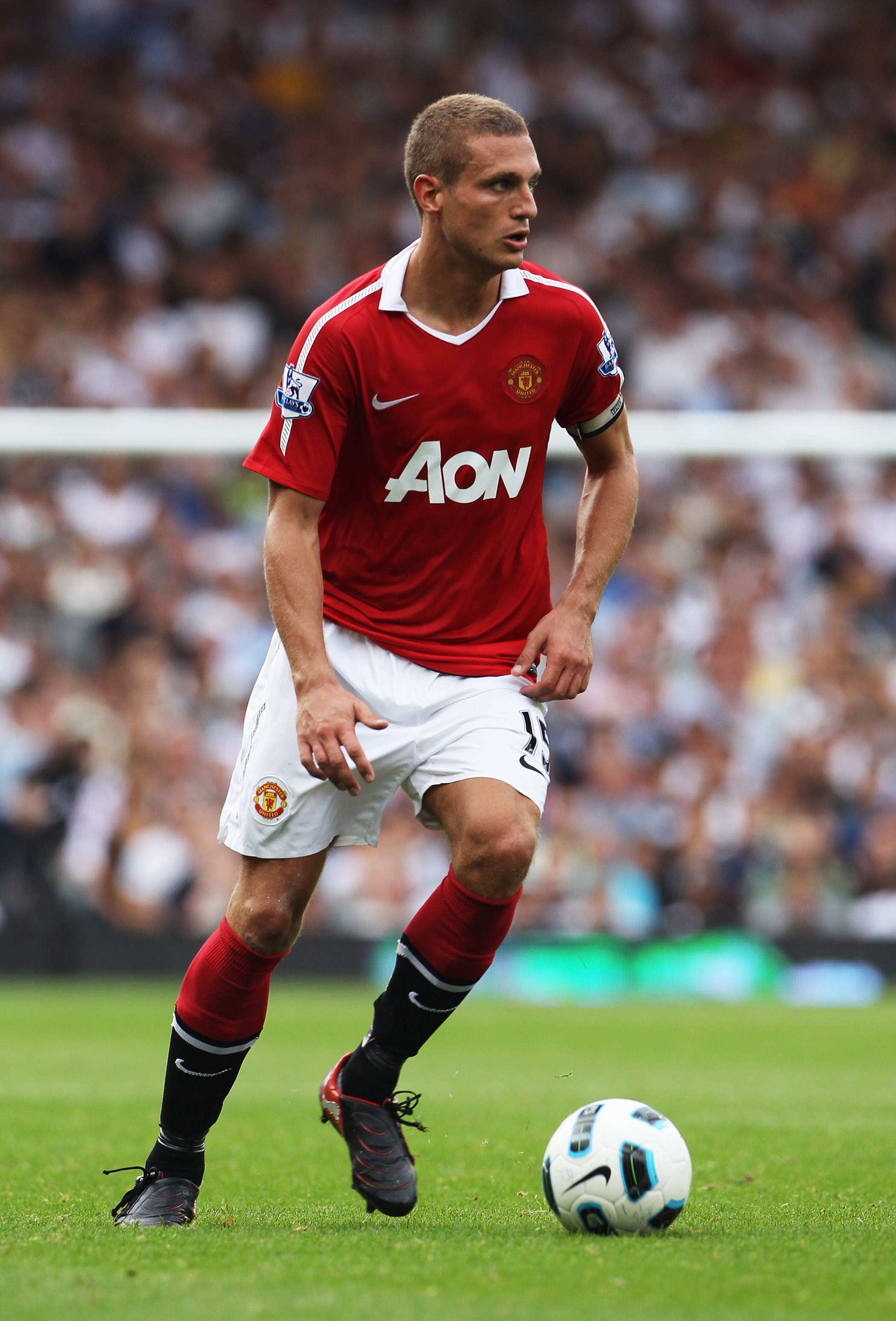 Another no-brainer. The Serbian is a fantastic centre back and his partnership with Ferdinand is almost perfect. When the two play together, scoring against United becomes really difficult.

He always plays simple and rarely does he make mistakes. His performances have been so impressive that he was considered the best player in the Premier League for the 2008/2009 season. 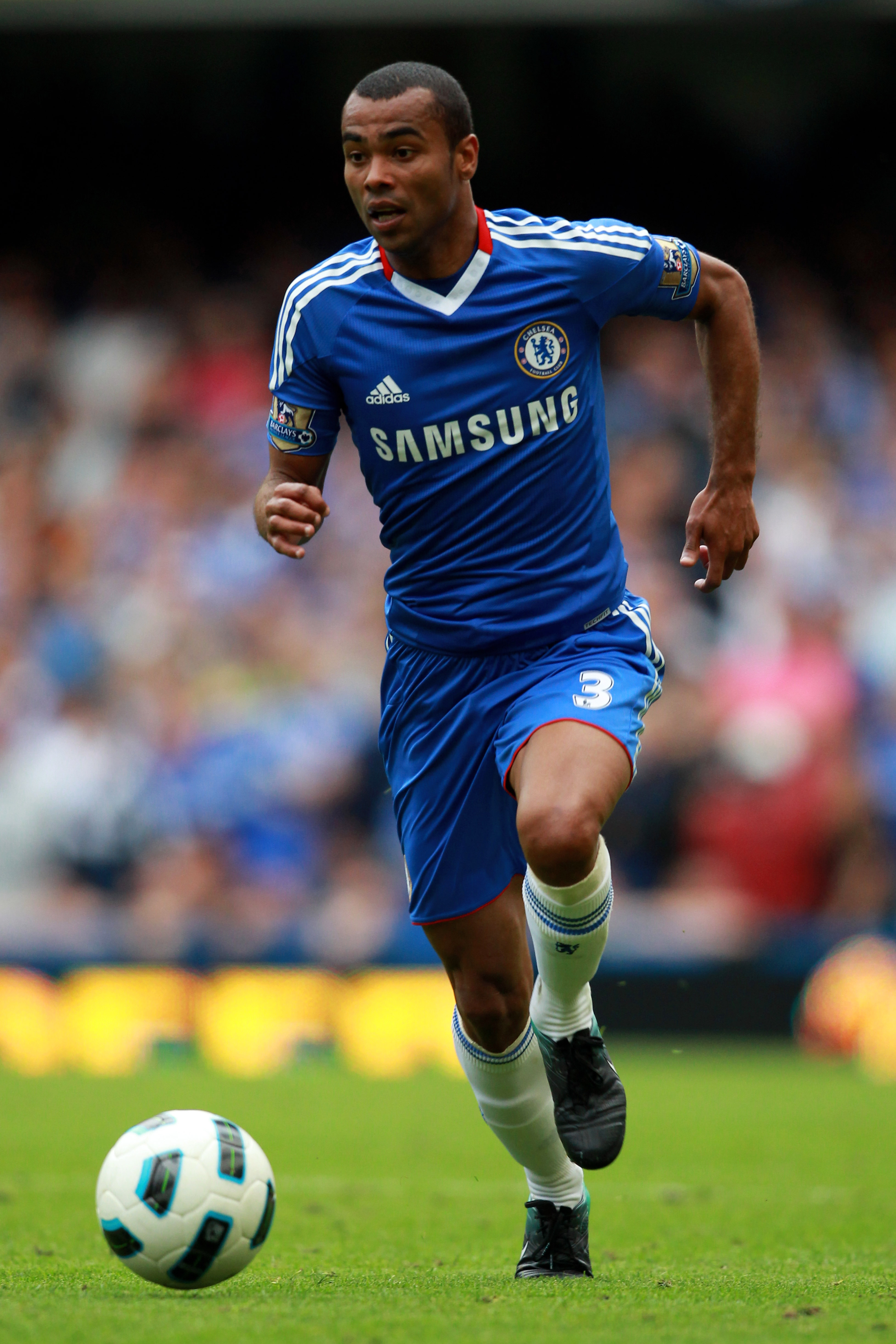 Ashley Cole is widely considered to be the best left back in the world today. He is both a defensive wall and an offensive threat. Plus, he's amazingly fast.

He won two leagues with Arsenal but only when he moved to Chelsea did he finally untap all his potential and became the best left back in the world.

Judging by Ashley Cole's performances, it's easy to understand why. 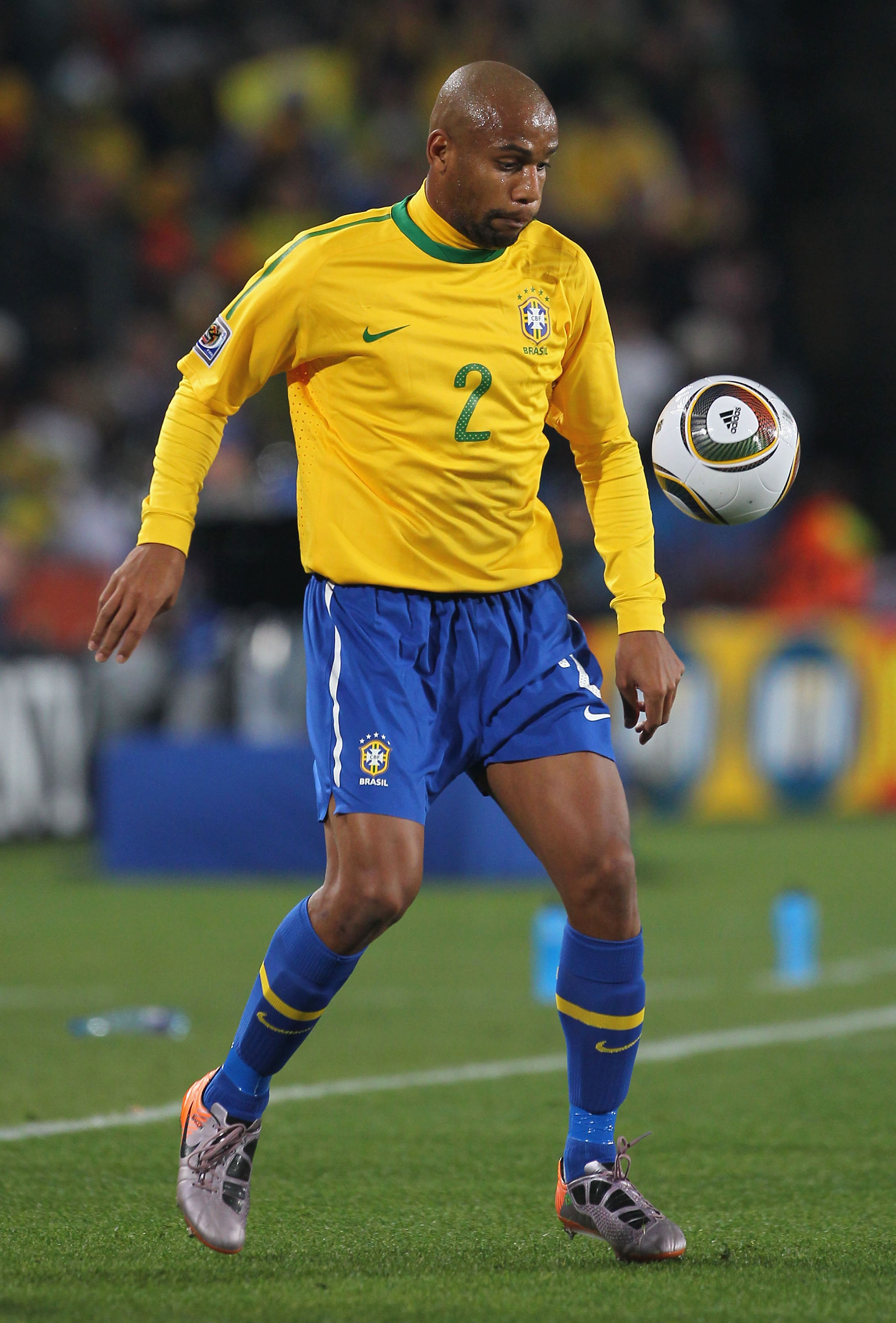 As far as right backs go, Maicon is definitely up there with Daniel Alves. He's sublime on defense and very dangerous on offense.

In 2010, he had the season of his life. His goal against Barcelona was decisive to Inter's Champions League glory.

He was deservedly considered the best defender in the 2009/2010 Champions League.

Mourinho also tried to recruit him this summer, but Inter also refused to get rid of such a fabulous player. 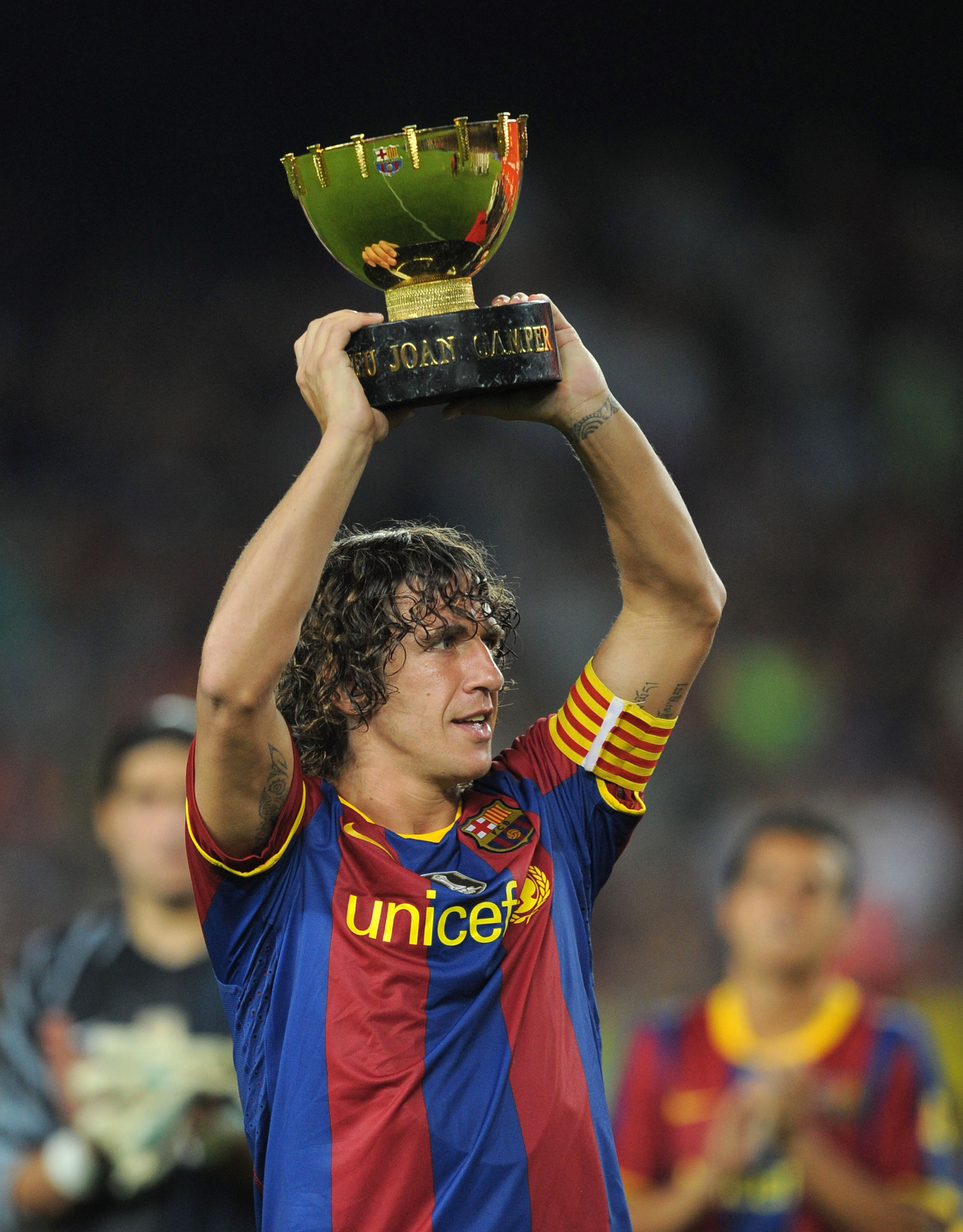 This is a no-brainer. Along with a couple of his Barcelona teammates, Puyol is one of the few players who has won absolutely everything there is to win in football, at both the club and the international level.

The Barcelona legend and captain is known for his intense commitment and ruggedness as a defender, as well as for his unmatchable work ethic.

His duo with Piqué was key to Spain's World Cup success. Spain didn't concede a single goal during the knockout stages and Puyol certainly played a fundamental part in that. 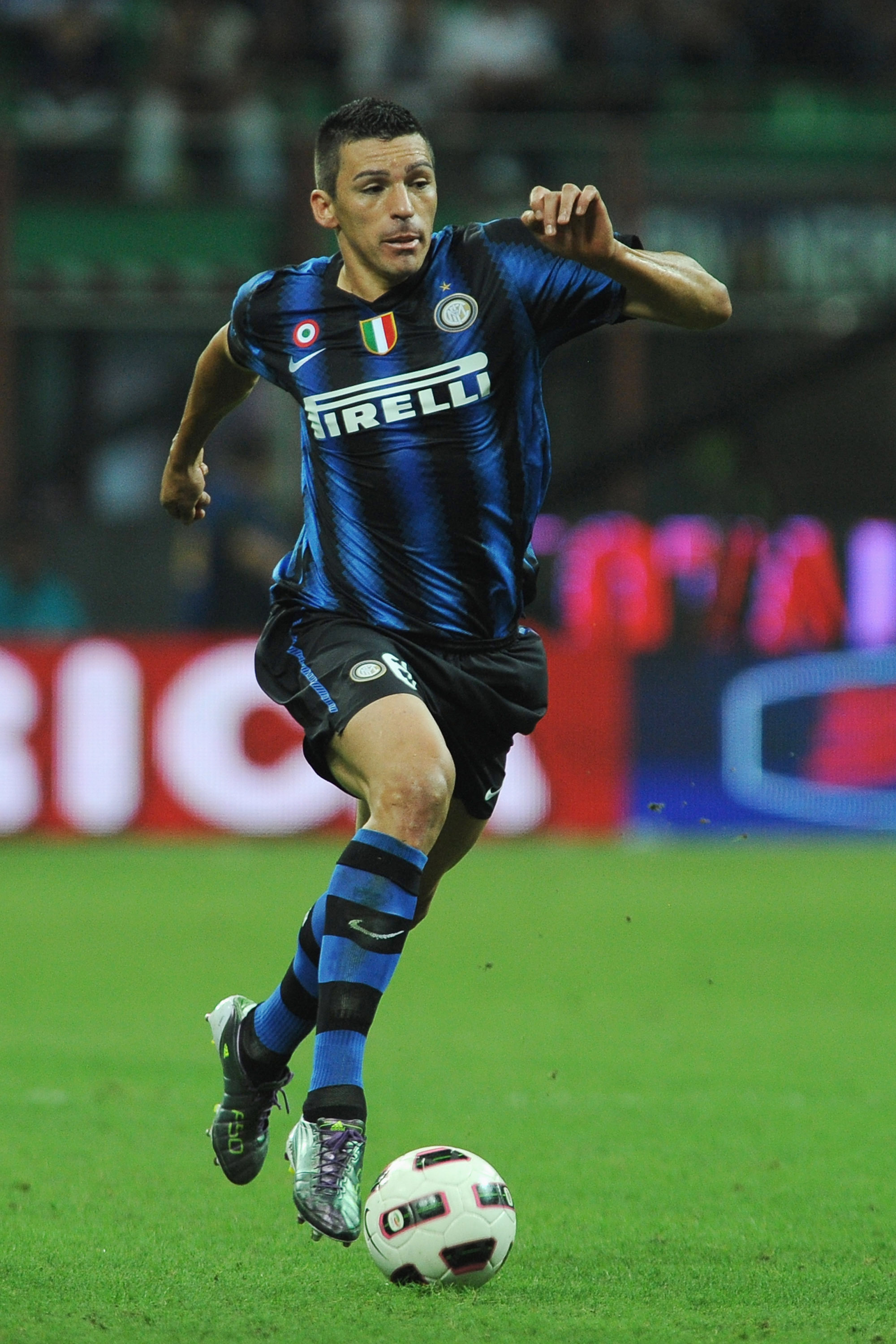 Arguably the best centre back in the world. Going past Lucio is a near-impossible mission!

Didier Drogba can confirm it as Lucio completely shut him down last season in the Champions League.

But Lucio is not only a defensive wall; he has an amazing technique and adds presence in the attack. Most of the time, he initiates his team's attack himself.

Signing Lucio was a stroke of genius by Mourinho. The Brazilian was absolutely vital in Inter's treble-winning season. 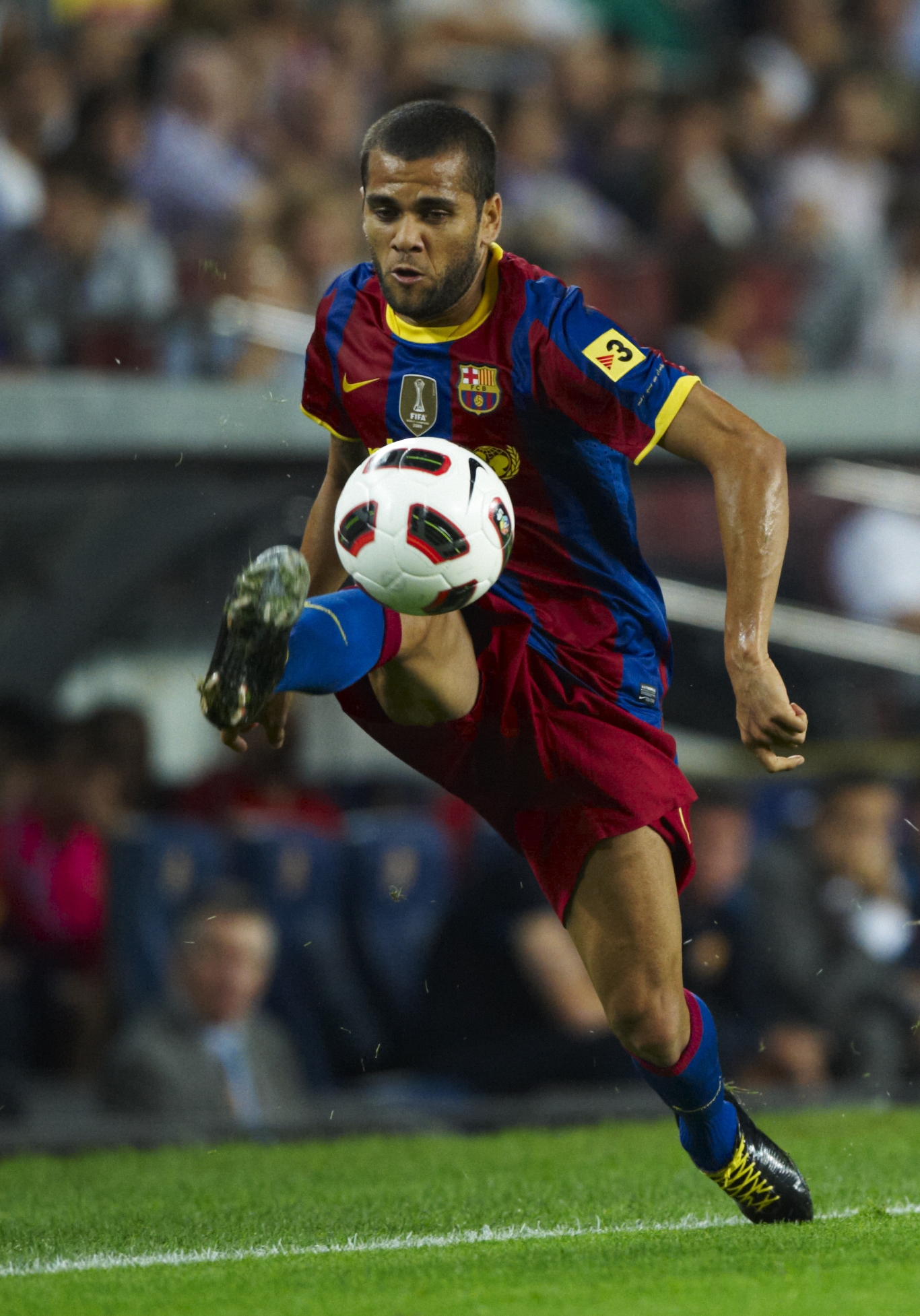 Along with Ronaldinho and Eto'o, Daniel Alves was certainly Barcelona's best signing over the past decade.

He has so much energy and stamina that we can say that sometimes he is more of a winger than a full back.

He's everywhere and he never seems to get tired. He's very similar to Maicon, except that he is also a great free-kick taker.

It was definitely an inspired signing by Guardiola. Alves was a very important member in Barcelona sextuple-winning squad. 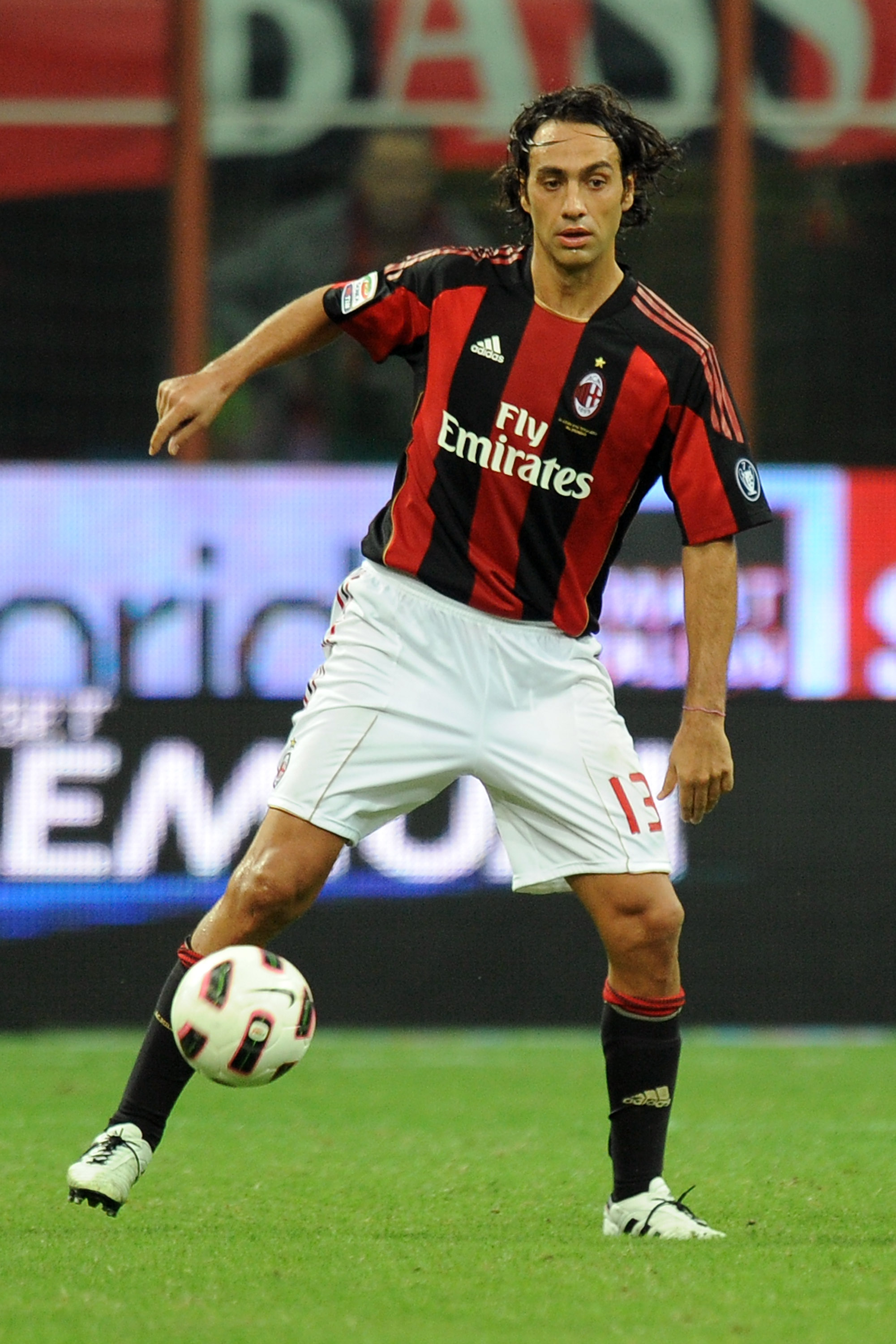 The 34-year-old is still one of the top defenders in the game.

After Maldini retired, he had some really big shoes to fill in Milan but he hasn't disappointed.

In fact, he's the one keeping Milan's defense together as of today.

Nesta has had some injury problems, but when he's healthy, Milan's defense becomes a lot stronger. 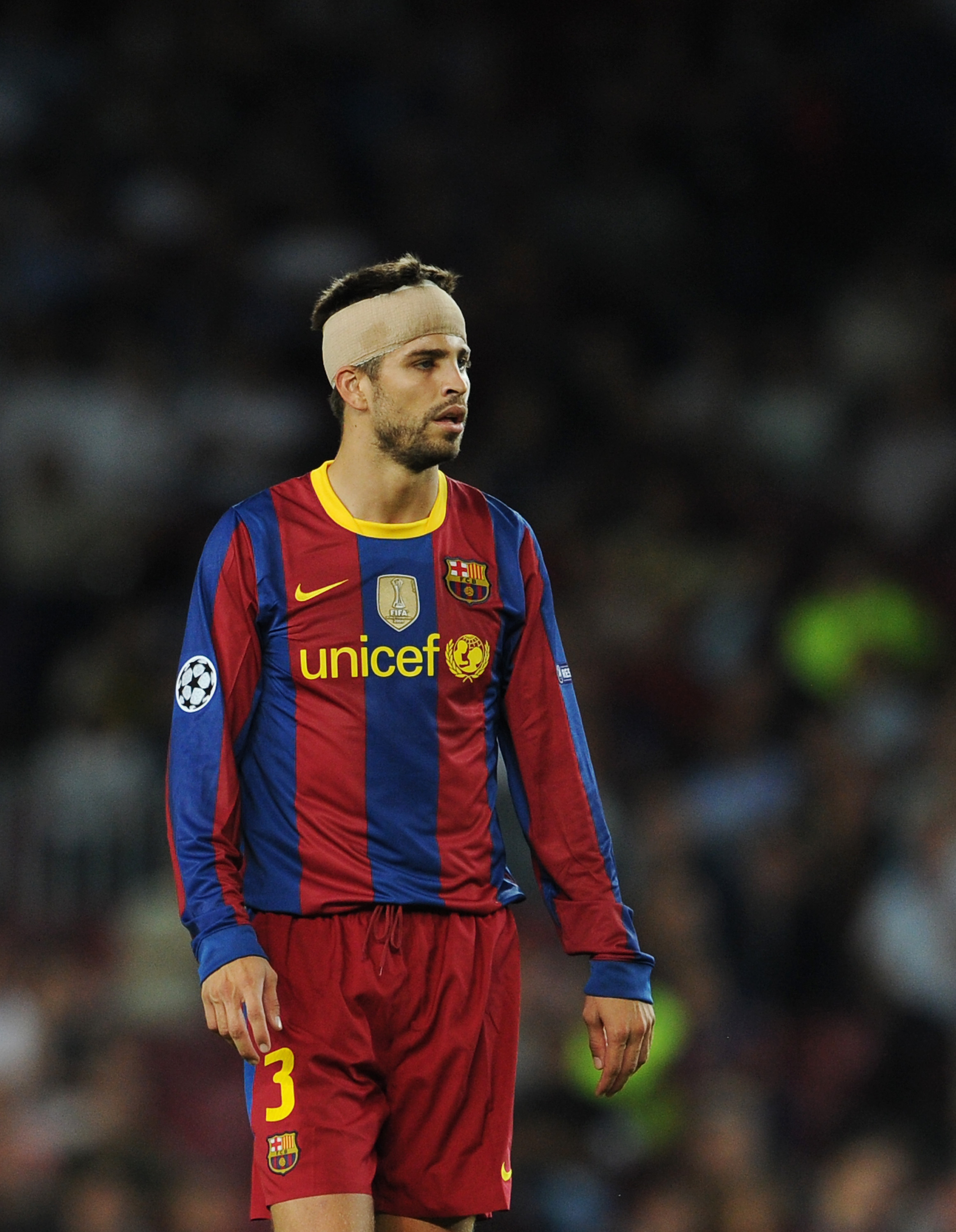 A new Beckenbauer in the making. Piqué has all the tools to become the best centre back in the world.

Height (he's 6-foot-4 and very solid in the air), athleticism, power, pace, and intelligence (positional sense, composure, and general reading of the game): Piqué has the whole package.

Plus, he's also a fantastic striker (yes, I'm serious). His goals against Inter last season and Atletico Madrid are worthy of a top striker.

With his set of defensive skills along with his added offensive skills, he has everything it takes to become one of the best defenders of all time, up there with the likes of Beckenbauer, Baresi and Maldini. It only depends on him.