NFL and College Football: The Best Drinking Games Of 2010 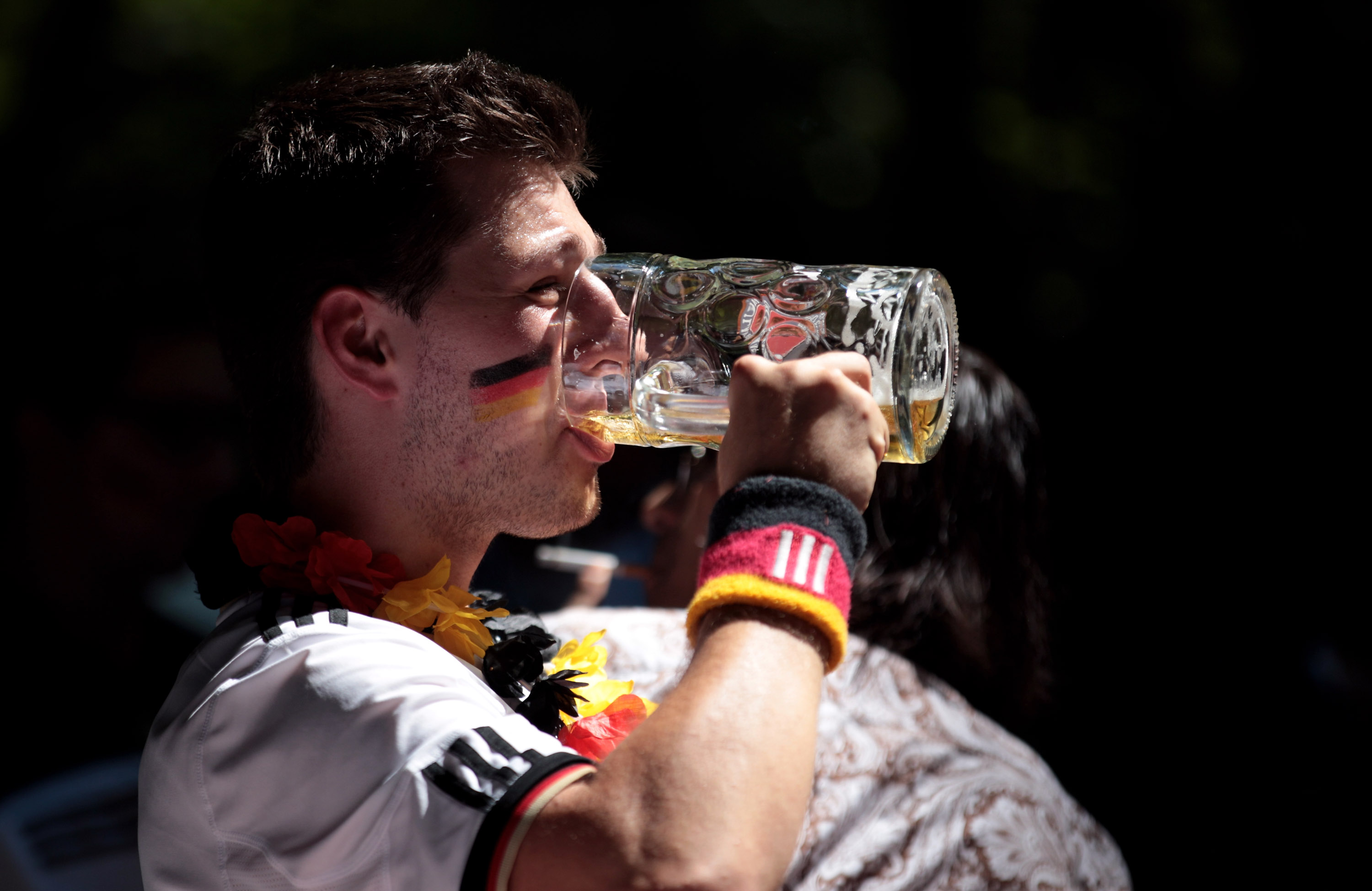 What's more fun than drinking and watching the game one might ask?

Playing a drinking game that is centered around the game—that's what.

When playing a drinking game centered around a football game, people become more involved in the football game and have more ways to interact with the game.

Plus turning anything into a drinking game just makes it that much more fun!

So here are a few of the best 2010 NFL and college football drinking games.

These games should only be enjoyed by those old enough to drink. 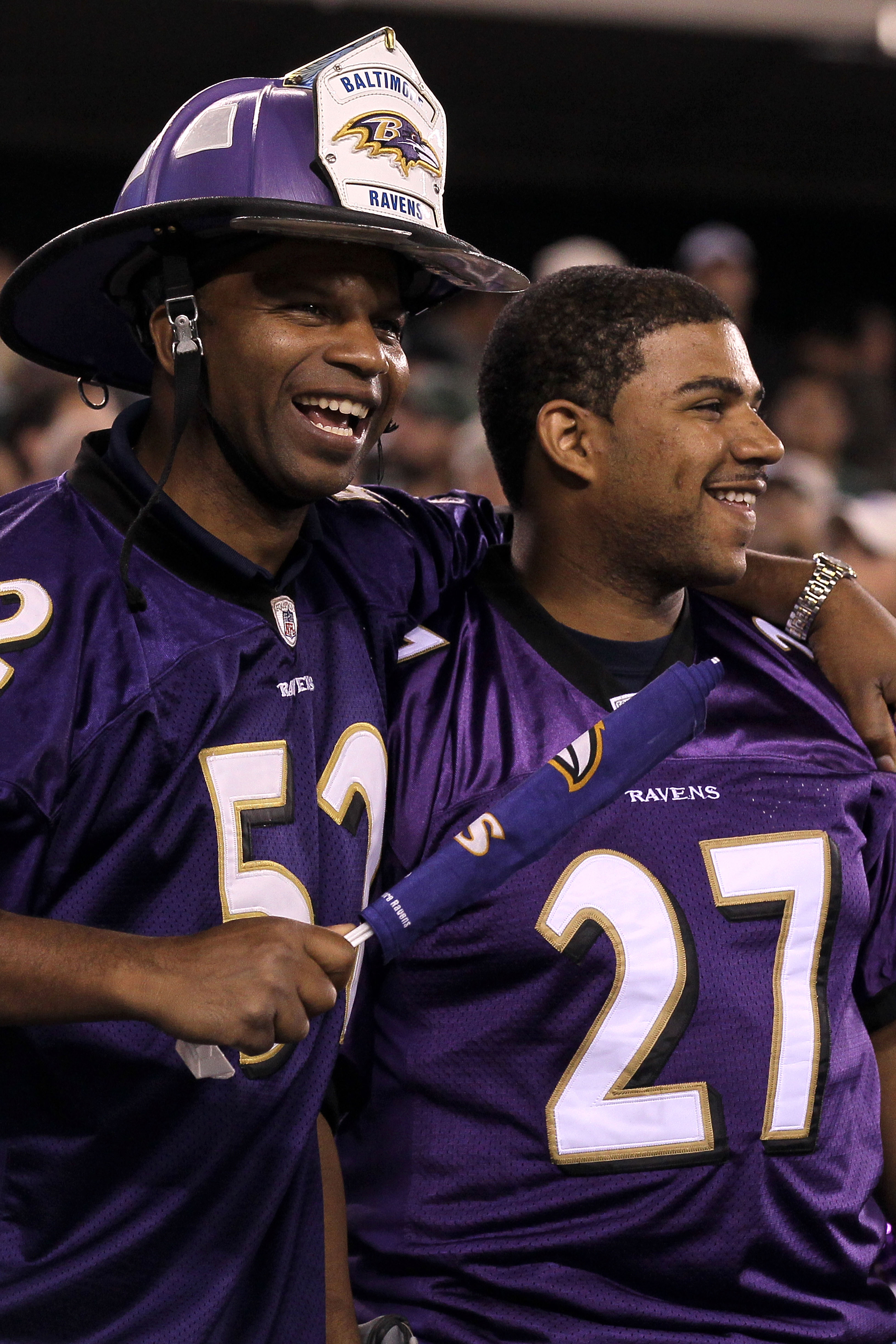 Whether it be an NFL, AFL, UFL or college football game, here is a list of rules for a drinking game that can be played during a game from any of these leagues. Rules can be added or removed based on the preferences of those playing, but these basic rules can provide a good amount of entertainment when followed as is during a game.

Take one drink for:

15+ yard penalty, giving up a touchdown and any turnover 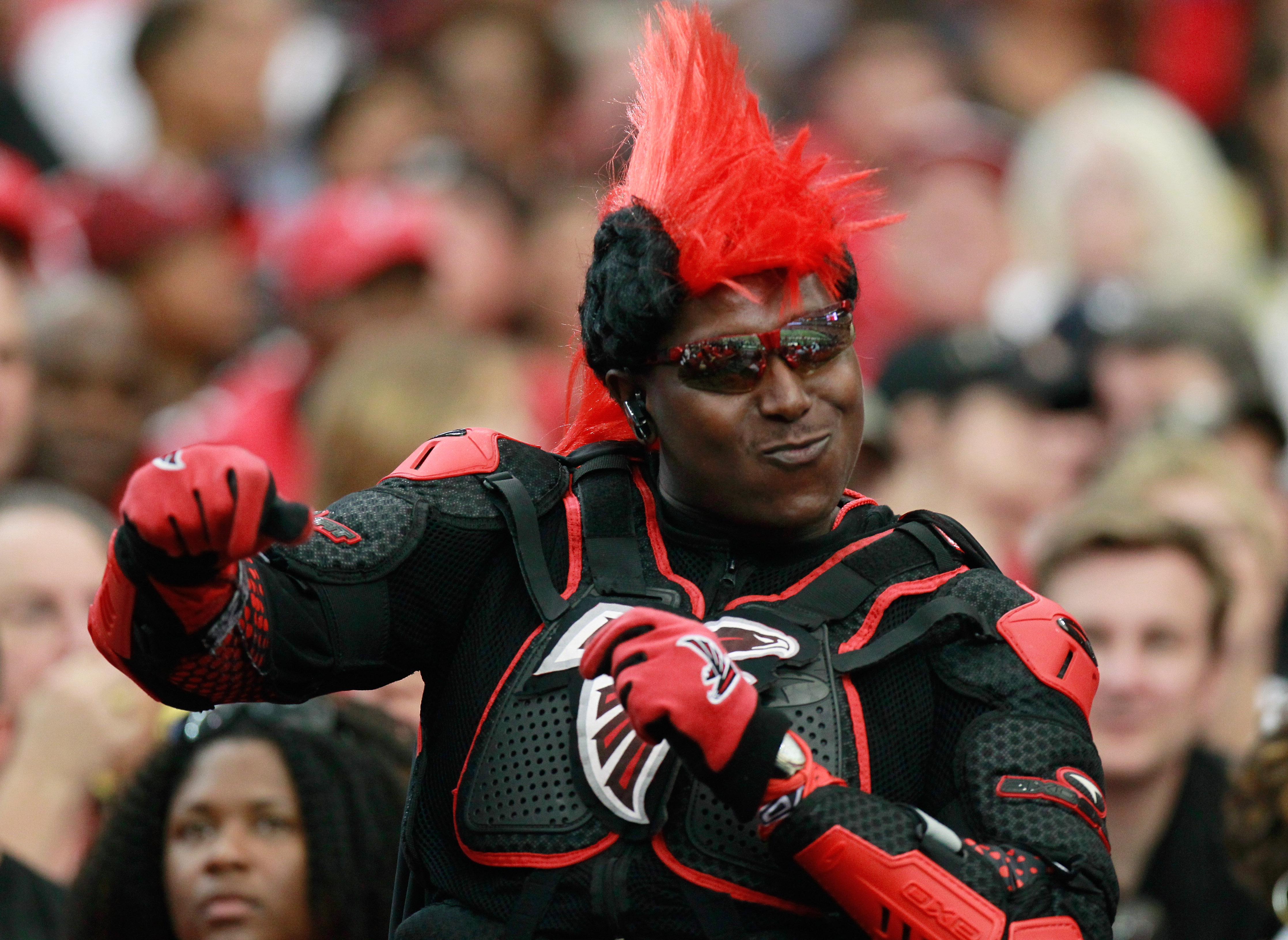 Here is a list of general rules that can be applied to any NFL game this season. Rules can be added or subtracted from the list, but this basic list is sure to provide some entertainment during the games this season.

Every time your team scores, take a drink for each point scored.

Ever time your team gets a penalty, take a drink for each yard penalized.

If a player in the game gets hurt, press mute and have a moment of silence.

…. And also take one drink.

Drink once every time an announcer says something stupid.

If your team turns the ball over, get anyone rooting for the other team a new drink.

If your team loses, you must chug the remainder of your drink. 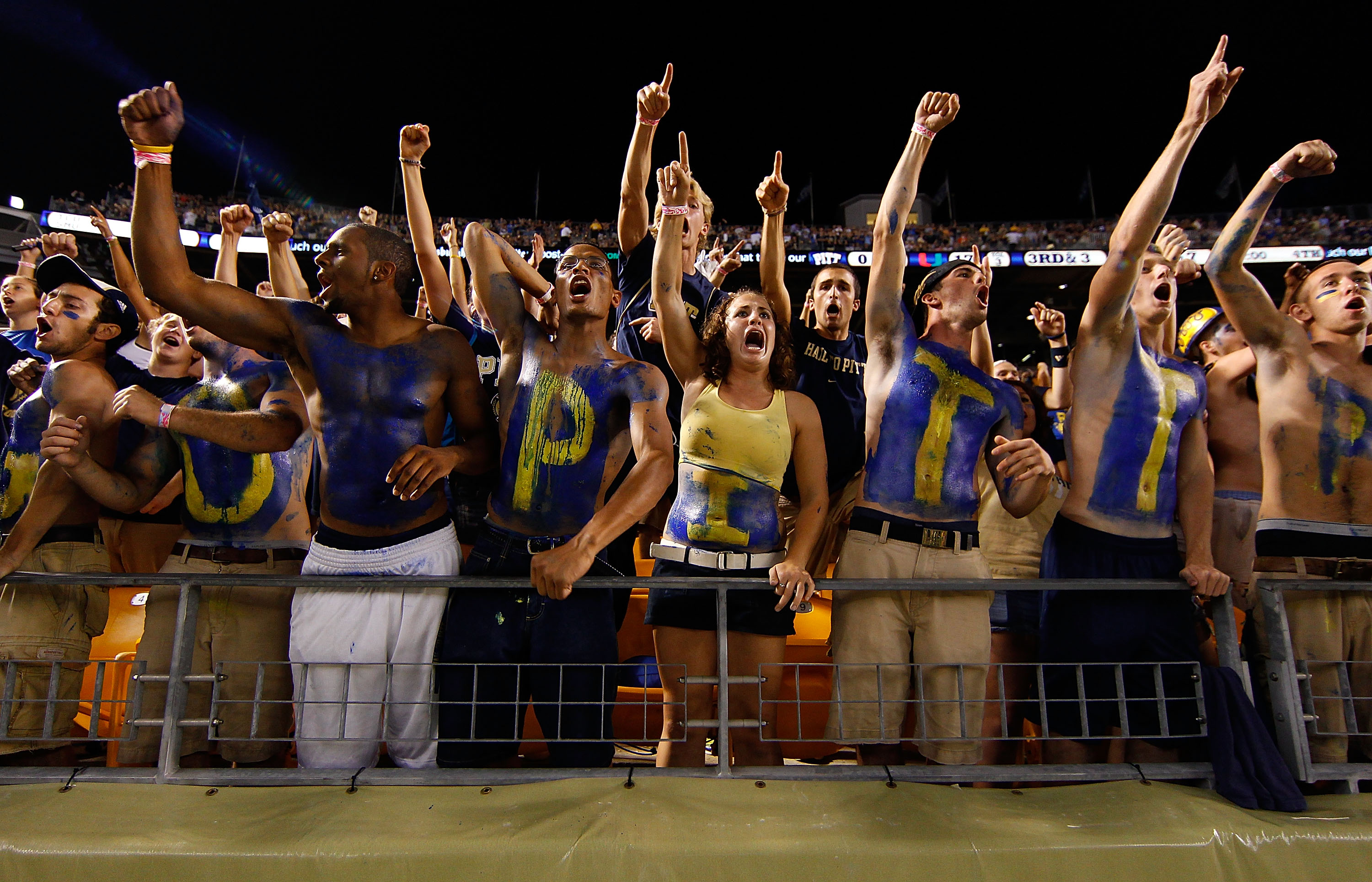 Here is a set of general rules that can be applied to any college football game. It doesn't matter what team it is or what game it is—these rules can provide some extra entertainment during the game.

And as always, the rules can be changed to the preferences of those playing.

The crowd does a "War Eagle" - one drink

For ESPN broadcasts, if the announcers say that the play could win an ESPY... - 4 drinks

Your team gets a penalty - one drink

Aubie or Bevo or Any Team Mascot shown - one drink

Touchdown Scored against your team - one drink

Goes for it on 4th down - two drinks

Someone calls a play bullshit (i.e. "that's bullSHIT!") - one drink

Cheesy commercial for either University is shown - four drinks

Assistant coaches shown from the stadium boxes - one drink

Blimp shown in sky - one drinks

Announcers Draw on the screen - one drink

A photojournalist gets toppled - one drink

A player's ass is slapped - one drink

Field Measurement for first down - one drink

Goal Posts get taken down (it's worth it!) - finish your drink!

Whenever a player signals a first down - one drinks

Winning or tying on the last play of the game - finish your drink. 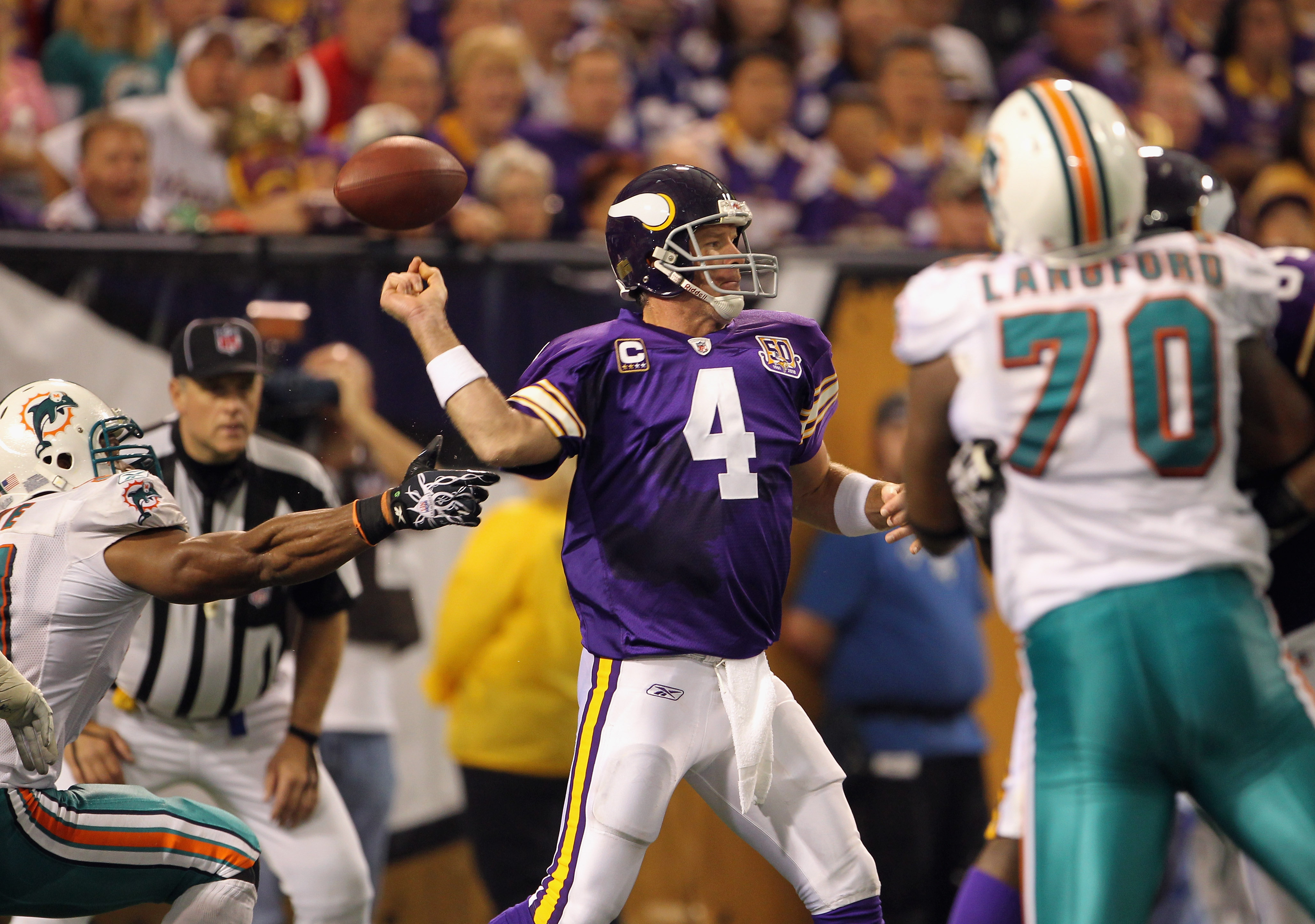 This begins the team, game and people specific drinking games.

After all of the media attention surrounding this player, here’s a game that’s sure to still be fun to play.

Every time you’re watching a NFL game, doesn’t matter if it is a Vikings game or not, and you hear the name Brett Favre you drink. 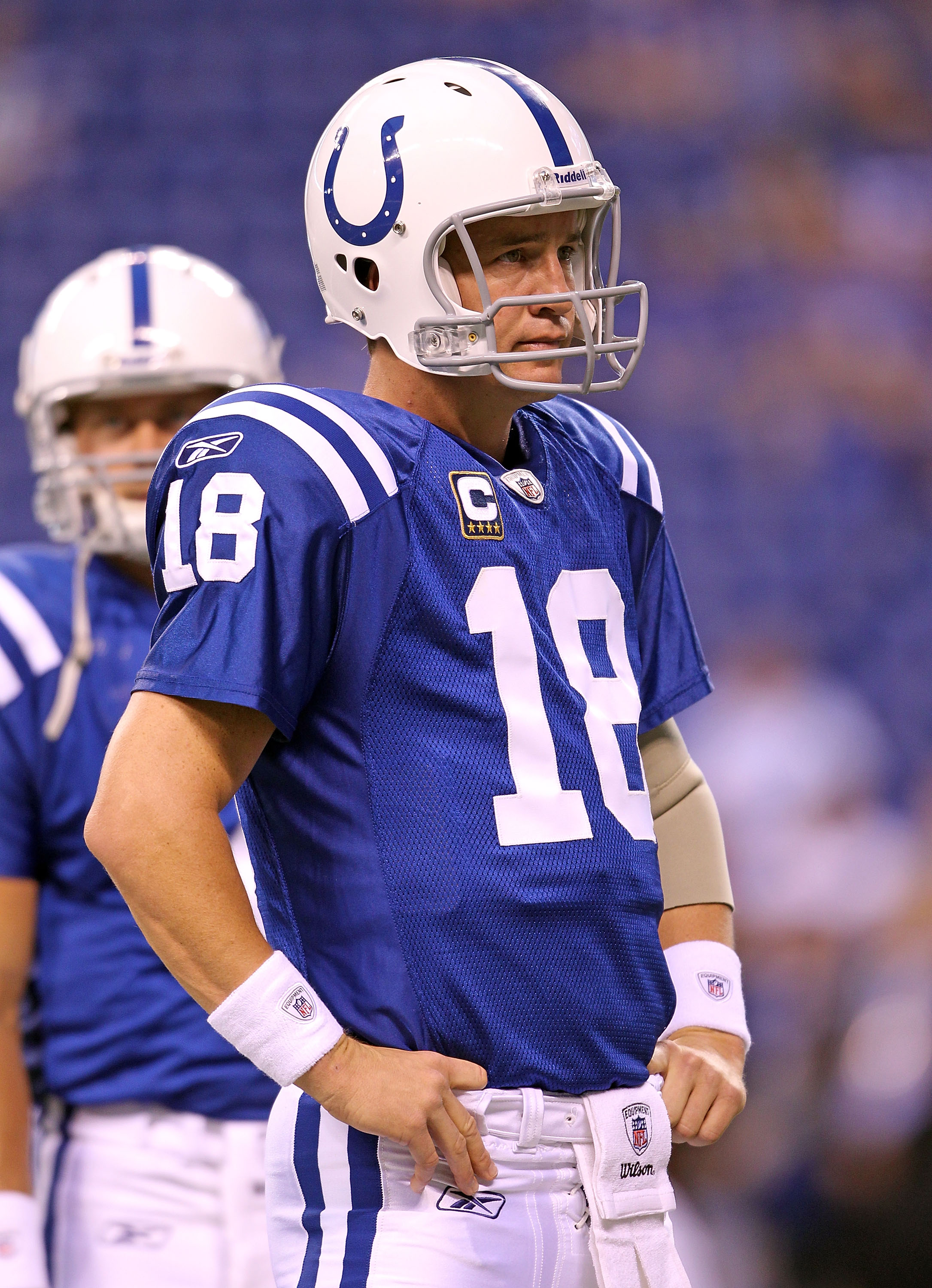 This game is specific to Sunday NFL games.

Any time one of the Manning brothers appears in a comercial during a NFL game, everyone has to drink.

That is a long enough game that it really doesn't need any other rules than that. 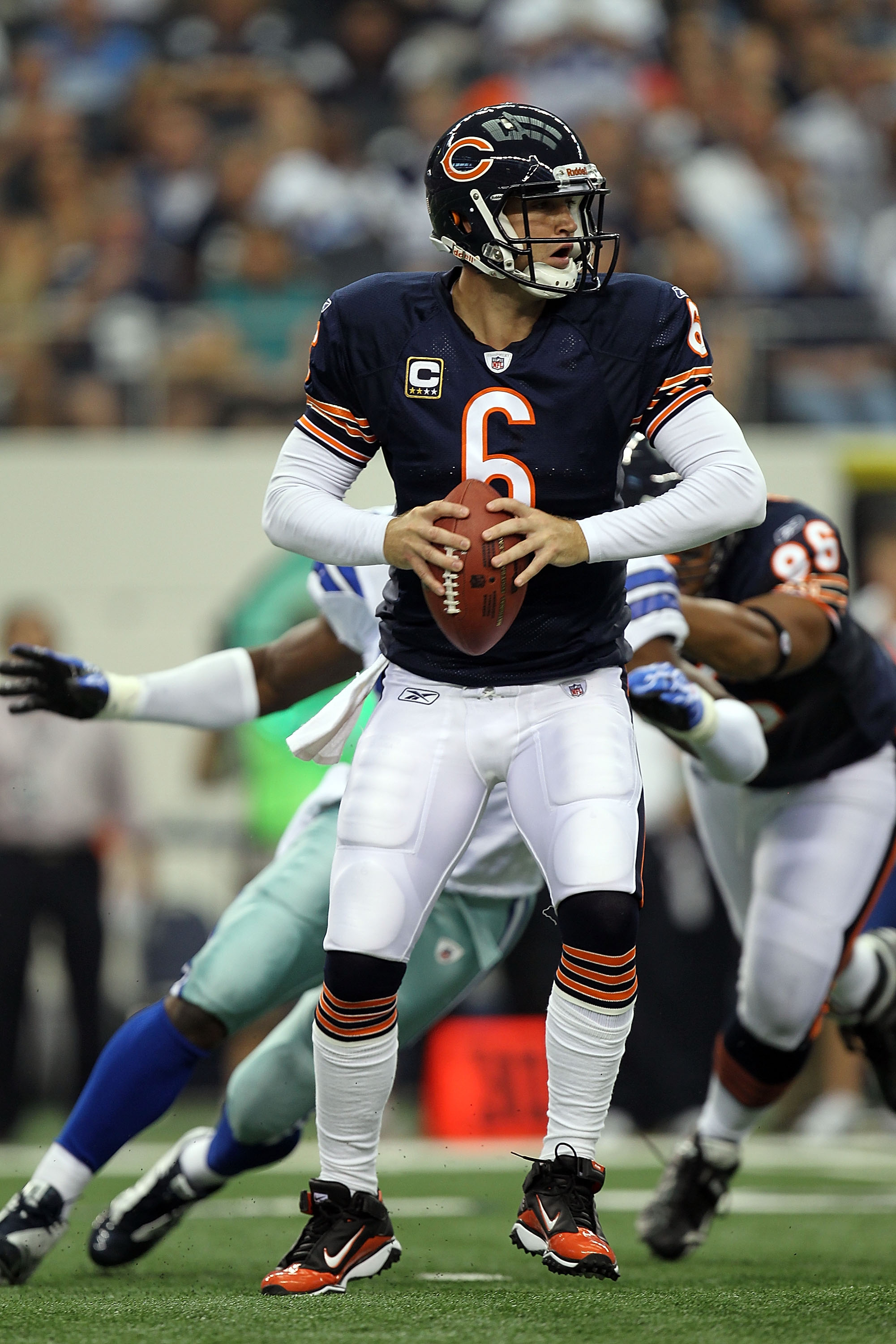 Whether the Bears are winning or losing, here is a game that is sure to make watching them play that much more fun.

Take a shot every time Johnny Knox or Devin Hester runs the wrong route, resulting in an interception.

Take a shot every time the announcers mention Greg Olsen’s large figure and how the Bears spread him out.

Take a shot for every time they enter the red zone and come out with no points.

Take a shot every time the announcers reference Gale Sayers being bitter and old.

Take two shots every time Fox shows highlight reels of Chester Taylor, only to find out it was mistakenly Adrian Peterson.

Take two shots everytime Julius Peppers’ ears poke out the bottom of his helmet due to their large size.

Drink until you black out when Brad Maynard’s punting yards triple their total offense.

Drink when the announcers compare Orton’s (superior) win/loss record with Bears to Cutler’s.

Drink when the announcers list all the Bears’ quarterbacks since 1986.

Drink when the announcers mention that Urlacher has “lost a step” but is “still better than most linebackers.”

Drink when the announcers use the words “Lovie Smith” and “hot seat” in the same sentence.

Take a shot every time an announcer says Rex Grossman.

Punch the guy next to you in the face every time Fox shows that stupid dancing Robot.

Take a shot when Lovie just stares with no emotion whatsoever after a play goes wrong.

Take two shots when Lovie challenges a play and loses.

Take a shot when an announcer mentions either Lovie or Jerry Angelo on the hot seat. Take two if they mention both.

Break the TV you’re watching the game on, when anybody in your home, sports bar, establishment, county, mentions the Bears drafting Michael Haynes or David Terrell. 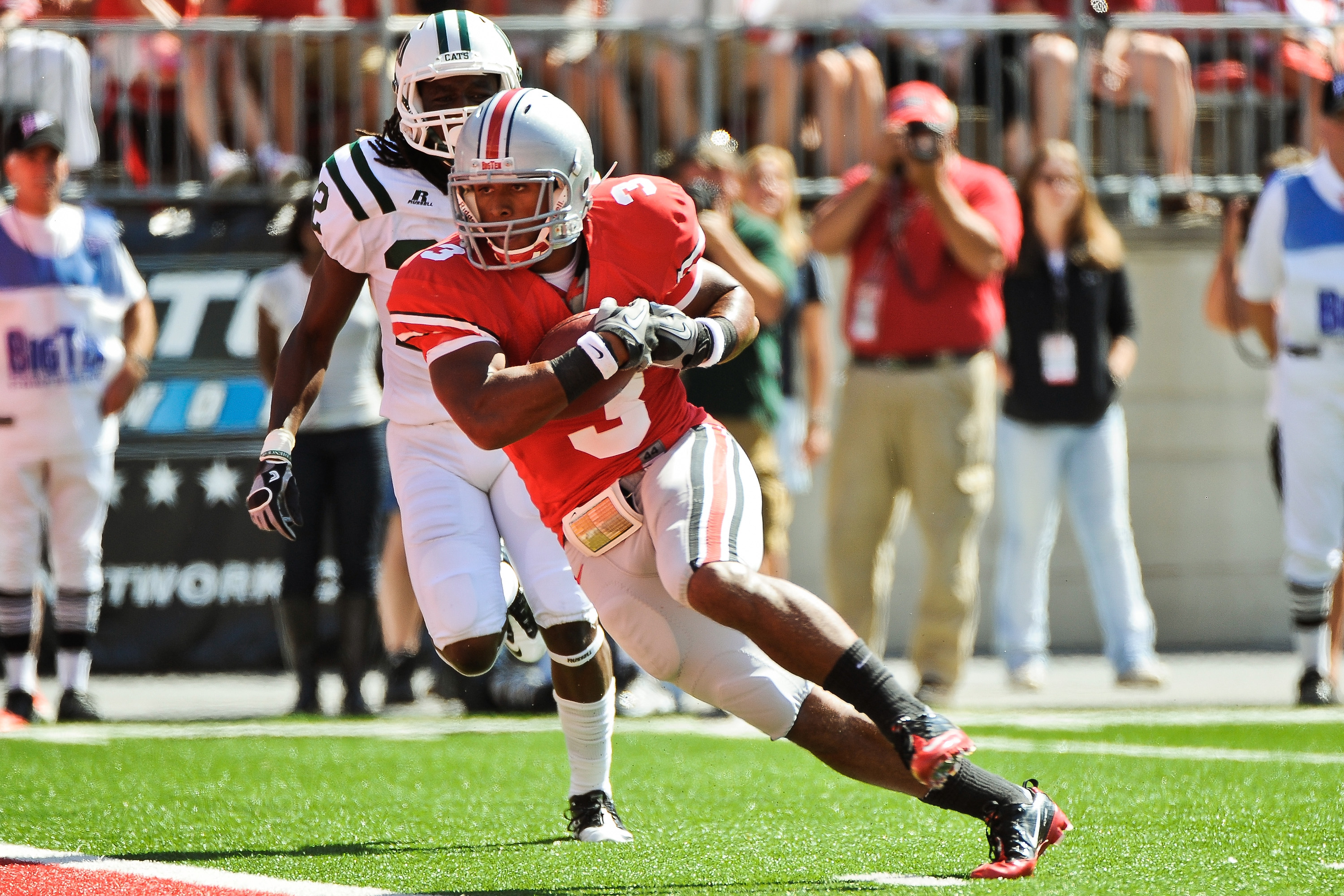 Here is a drinking game for the Penn State vs Ohio State game later on this season. The rules have been updated slightly since its creation in 2006, but it’s still a fun way to watch this game.

Drink once: Every time they play highlights from PSU’s victory over OSU two years ago.

Drink again: When they make any reference to the “White Out”.

Two drinks: When the camera zooms in on Joe Paterno

Chug: When the graphic about how long Joe Pa has been coaching is displayed
(You know it’s coming)

Everyone drink when ESPN makes it sound like this will be a close game. 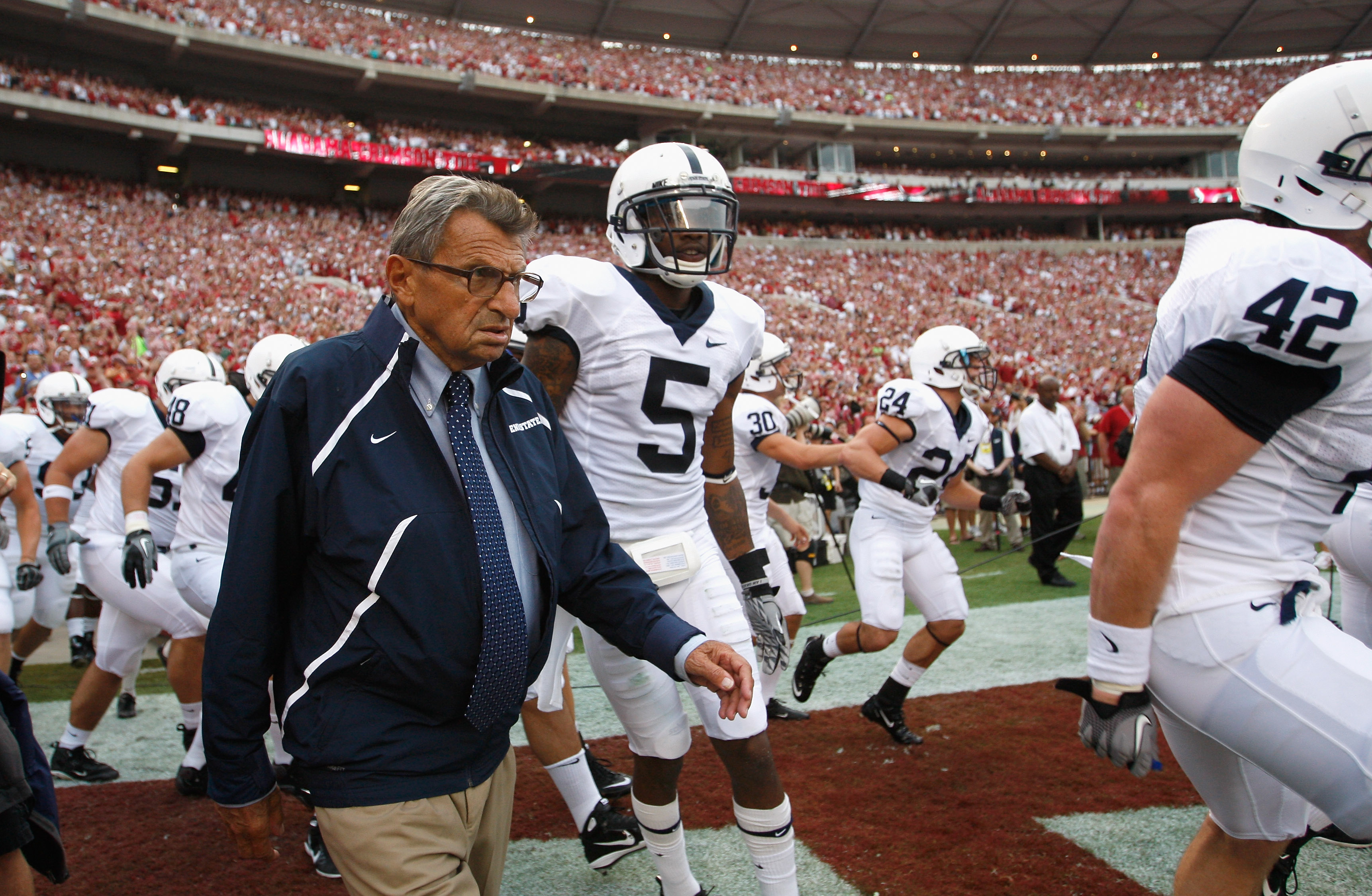 Joe Paterno, the Head Coach at Penn State, says some pretty funny things on an almost daily basis. Here is a drinking game that pays tribute to those odd phrases.

Drink every time he says "gonna get licked" or "got licked"

Drink every time he make an inaccurate pop culture reference

Drink when Joe says Player X has a groin/leg/head/neck/etc but DOES NOT say “injury”.

Example. “We had to sit Zugg this week, he had a groin”

Drink when he says "the whole bit"

Drink when Joe references an event/game/grudge from 30+ years ago, i.e. Joe’s reference to the Tennessee series in the 70s 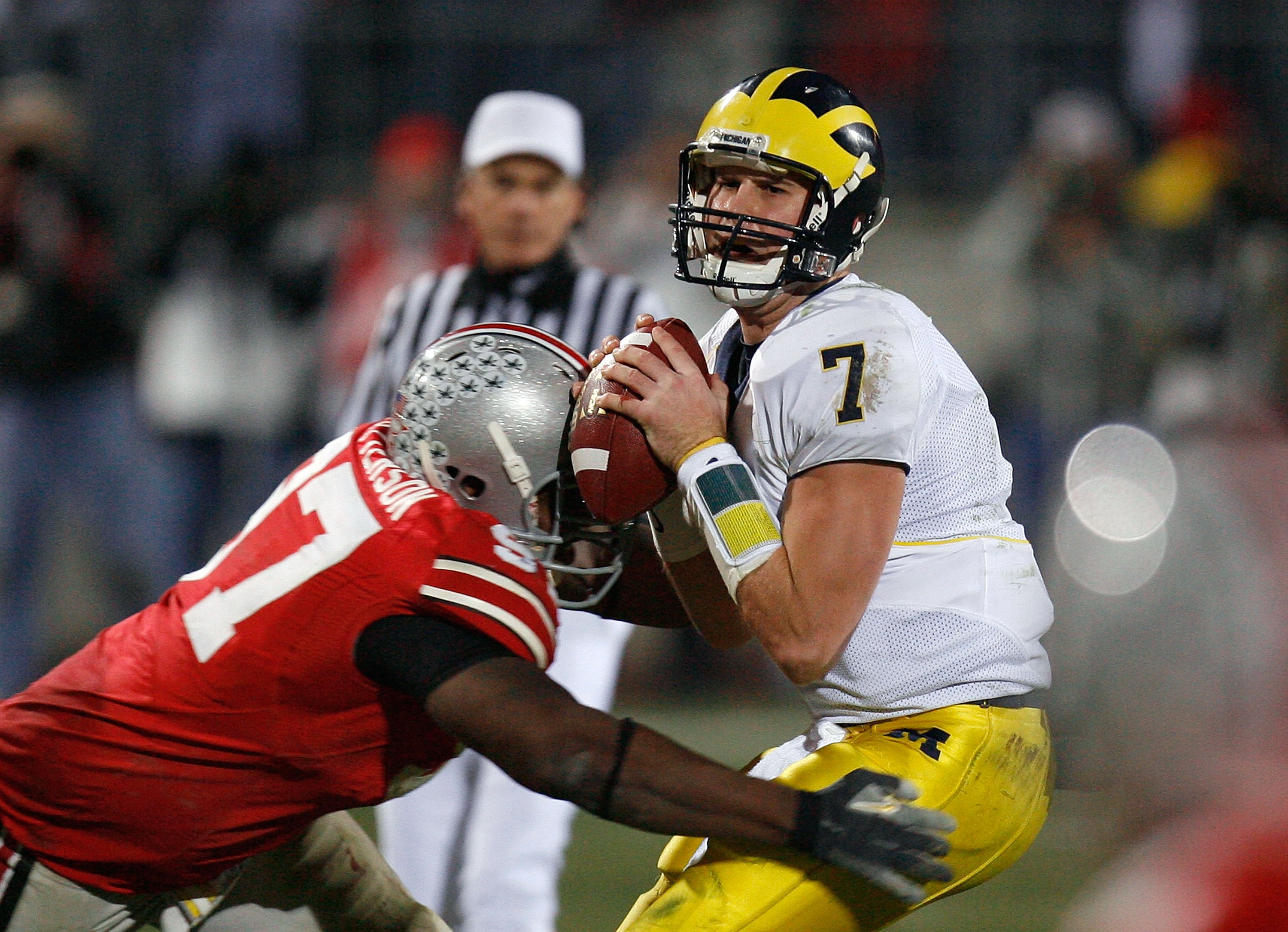 Here is another OSU themes drinking game. This one will center around the classic rivalry game between OSU and Michigan at the end of the regular season.

Take one sip everytime... A team scores a touchdown or field goal.

Take one sip everytime... Somebody calls it "The greatest rivalry in sports."

Take two sips everytime... A Michigan fan incorrectly exclaims that his team is "number one!"

Take one sip everytime... A closeup of an OSU fan yelling "Not in our house!" is shown.

Take one sip for everytime... they show a really cheesy commercial for Ohio State University or University of Michigan. "Where The Future of America Learns... Today!"

Take three sips everytime... They come back to commercial showing a local food from Ohio. And the announcers mention they had one last night and loved it.

Take one sip for every... fog machine used in the opening montage.

Take two sips for everytime... they show the "Man, put down my papaya!" commercial.

Take three sips... if that alumni is Matthew Mcconaughey for no reason. 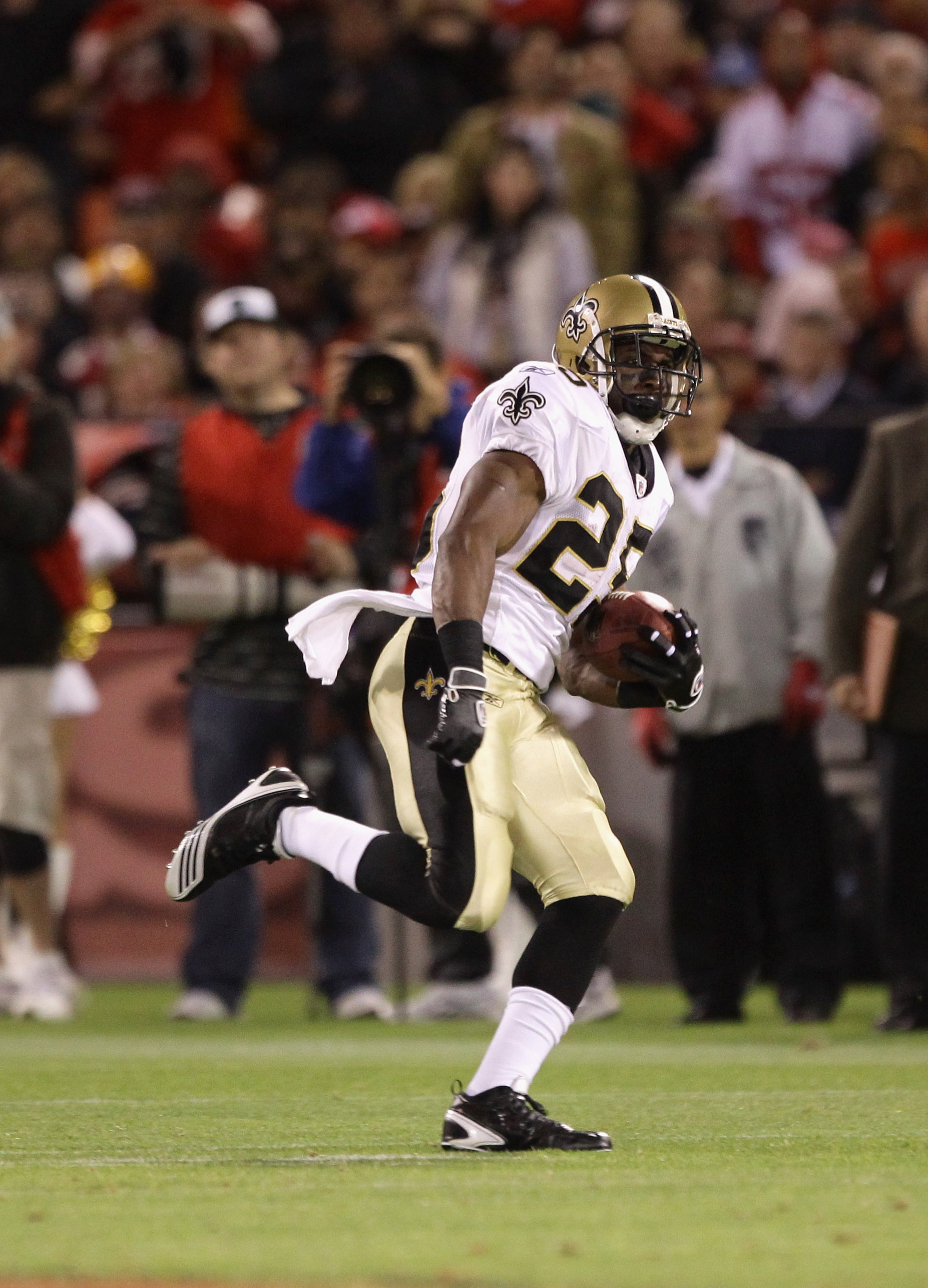 Here is game to enoy while watching the New Orleans Saints play this season.

Every time they mention Hurricane Katrina, drink one

If they show pictures of the City of New Orleans right after Katrina, drink one

Every time they say how much the Saints mean to the City of New Orleans, drink one

Every time the words "tragedy," "flood," or "devastation" are used, drink one

Every time they talk about how good Reggie Bush was in college, drink three

If they show Kim Kardashian in the stands, drink five

Every time they show a picture of Reggie Bush with a bat or say "bringing the wood," drink for five seconds

Every time Reggie Bush gets negative yardage trying to run around in the backfield a bunch and outrun the defense, drink one and turn to the person next to you and say "I told you Vince Young should have won the Heisman"

Every time Reggie Bush gets up and flexes his arms in that pose he likes to do, drink one

If they mention Tim Tebow for any reason, funnel a beer

If they show footage of Katrina survivors at the Superdome, take a shot of cheap liquor

If they call Saints fans the most passionate fans in football, drink one

If they say that the Saints, Saints fans, or the City of New Orleans deserve a Super Bowl victory, drink one

Every time they say how good of a story the Saints are, drink one

If Jeremy Shockey pretends to be hurt after dropping a pass, drink two

If they mention the Saints beating the Falcons in 2006 in the first game after Katrina in the Superdome, drink five and remember that we are still a better football team with better fans.

Every time they compare hurricane Katrina to the Haiti earthquake, funnel a beer and yell "bull*****!"

Every time they mention Drew Brees as the Mardi Gras king, drink 20.

Every time they show Archie Manning, drink one and mention how bad he sucked. If they show old footage of him on the Saints, drink 5. If they mention how tough of a decision it was for him as for whom to cheer for, drink 10.

Every time they show a saints fan yelling "Who dat!" Or a sign/shirt saying the same, drink one.

If they show Chris Paul at the game, drink one and mention to someone how much better he is than Marvin Williams.

If they show former Mayor Ray Nagin, drink five and then punch someone in the face

Other Rules not involving the Saints

1. Every time they show Eli Manning in the press box, drink one

2. Every time Pierre Garcon is mentioned with Haiti, drink one

3. If Brett Favre is mentioned for any reason, drink one