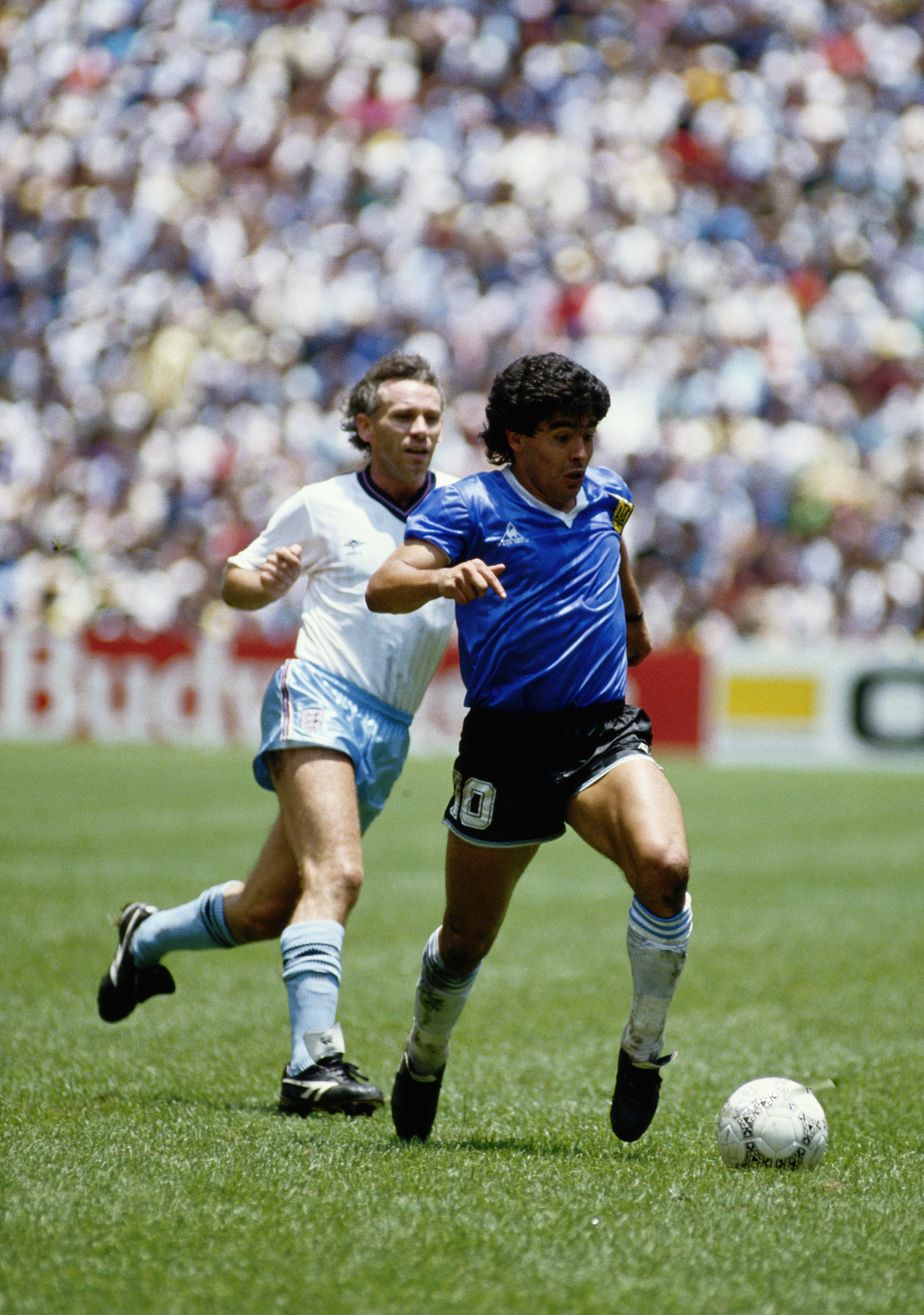 Throughout the history of football, there have always been some players known to put together fantastic efforts on the football pitch in terms of scoring some incredible goals.

From a booming free kick to a cross that somehow bended itself into the net, goals can really capture our imagination.

With that in mind, here are the 10 greatest solo goals of all time.

After being the primary reason why Brazil won the 1958 World Cup, much was expected of Pele and Brazil in Chile for the 1962 World Cup.

Even though he was injured for a large portion of the World Cup, Pele did score an incredible goal against Mexico in which he beat six Mexican players and goalkeeper Antonio Carbajal to give Brazil a 2-0 lead, a score they won the match by.

Italy's best player from the 1994 World Cup, Roberto Baggio had a legacy of scoring some incredible goals.

But in his final year with Fiorentina, Baggio scored an absolutely incredible goal by beating four defenders while sprinting with the ball for nearly 70 yards before scoring.

However, Fiorentina lost this match to Napoli by a 3-2 score.

In the 1990 World Cup, Lothar Matthius scored one of the most memorable goals in German football history during Germany's 4-1 win over Yugoslavia.

In the 65th minute, Matthius was able to beat several Yugoslavian defenders and score a rocket of a goal past keeper Tomislav Ivković to give West Germany a 3-1 lead.

In a Copa del Rey match back in 2007, Lionel Messi scored a goal that many will say is Messi's version of Diego Maradona's Goal of the Century from the 1986 World Cup.

During this goal, Messi was able to receive a pass from Xavi and just run his way past Getafe's defense before easily depositing the ball away for the goal.

Barcelona went on to win the match by a 5-2 score.

In a match that PSV needed to win in order to advance in the European Cup over Steaua.

And Romario was huge in this match, as he had a hat trick to get PSV to advance.

In his second goal, Romario was able to beat several defenders as he scored a crucial goal in PSV's comeback.

In the 1997 UEFA Cup, Steve McManaman scored a huge goal for Liverpool against Celtic.

In this goal, McManaman ran all the way across the field and found a spot in the bottom corner as he tied the match for Liverpool, as they went on to win the match by a 3-2 score.

A goal from the old NASL, George Best showed why he is one of the most talented footballers of all-time with this goal.

Against the old Fort Lauderdale Strikers in the early 1980s, Best was able to beat several defenders as he faked several shots before scoring.

In a 5-1 win in 2006, Swedish international Zlatan Ibrahimovic scored an absolutely fantastic goal against Nac Breda in a Everdivise match.

On the goal, Ibrahimovic was able to beat out several Breda defenders before completely fooling everyone by switching his shot to his other foot to give Ajax a 5-1 advantage.

In the 1999 FA Cup semifinal replay, Manchester United's Ryan Giggs scored one of the greatest goals in the history of English football.

In extra time, Giggs was able to receive an errant pass and was able to turn it around as he got past five Arsenal defenders and the ball into the roof of the net, giving Manchester United a 2-1 win.

With the win, United were able to win the FA Cup and eventually became the only English side to complete the treble.

Undoubtedly the greatest solo goal in history, Diego Maradona was able to make up for his "Hand of God" goal by beating six English defenders before scoring to give Argentina a 2-0 lead against England.