Nationwide at Dover: Danica Patrick Returns and 10 Other Reasons To Watch 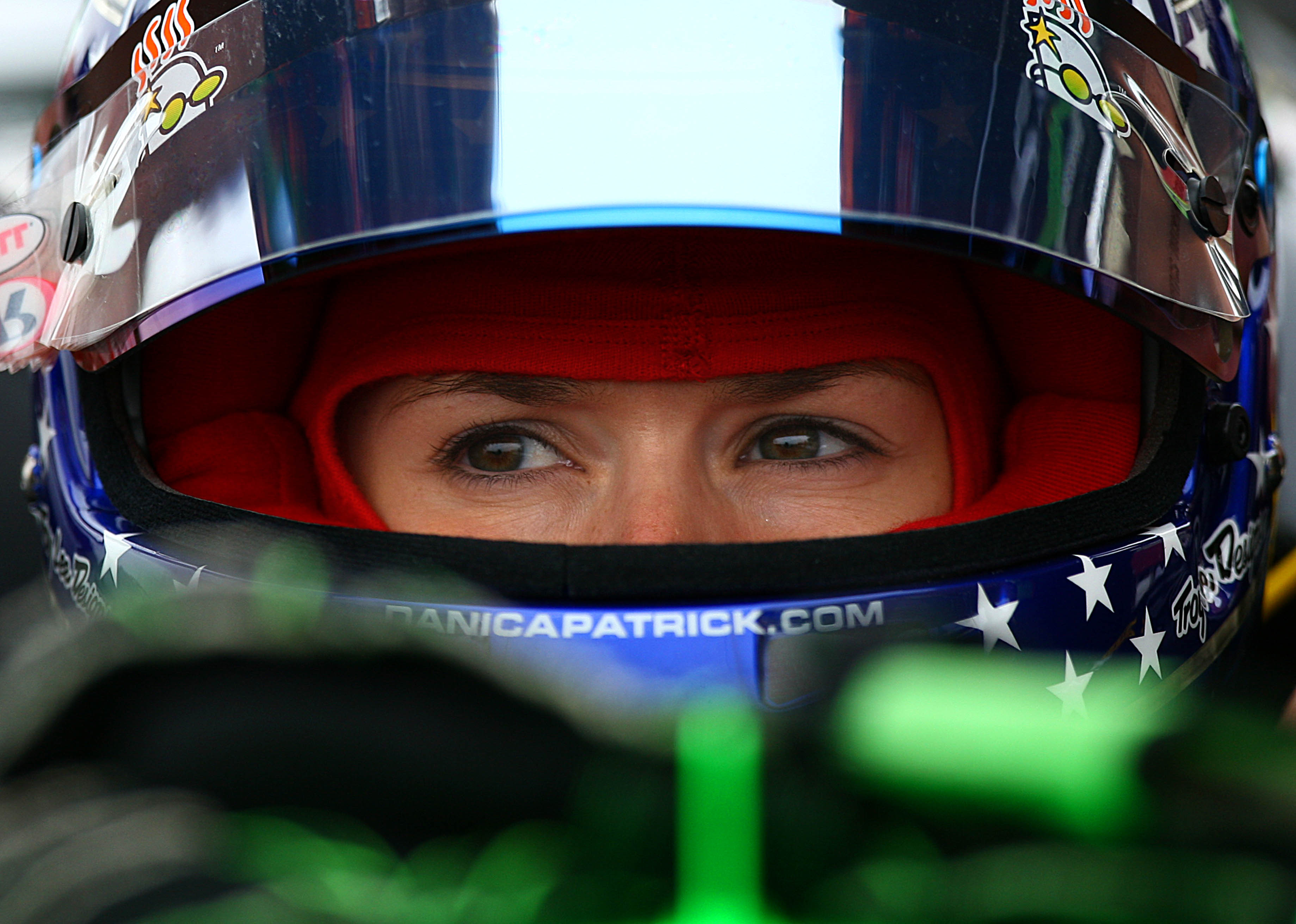 Often times during the Chase for the Sprint Cup, the support series to NASCAR's finest will be somewhat pushed under the bus in favor of the bigger storylines on Sundays. This won't be the case at Dover, where the Nationwide Series will return after a week off for a run to the championship.

Looking for the top stories in this year's Dover 200? We've got you covered. Here are 10 storylines that ought to keep you paying attention. 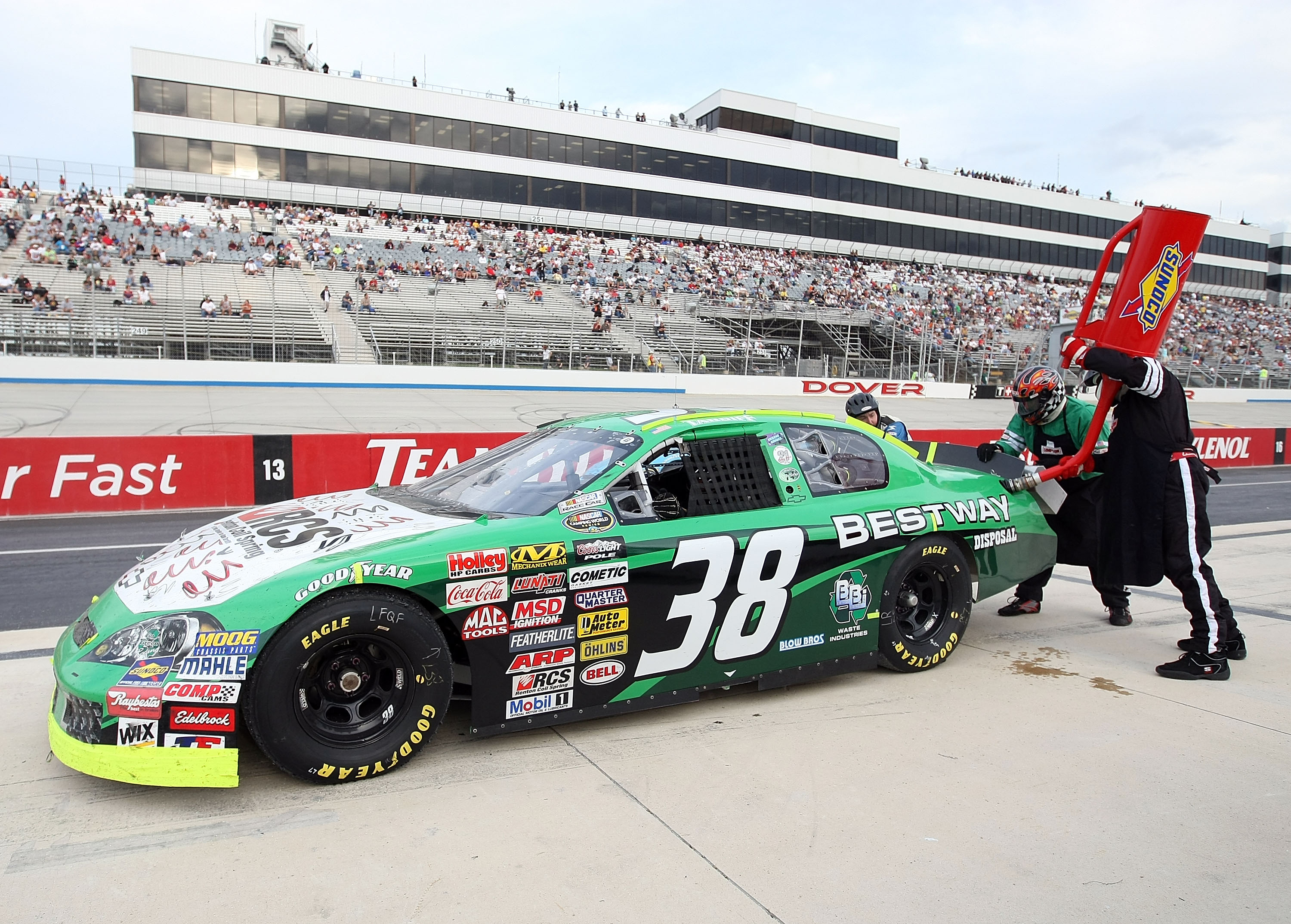 Alan Tardiff is a Maine-based driver that competes in the K&N Pro Series East for Go Green Motorsports. Last weekend at Loudon, he nearly won his first career KNPSE race, only to fall short after some questionably aggressive driving by competitor Corey Lajoie ended his day with three laps to go. After such a strong performance, Tardiff will attempt to make his first Nationwide start ever and show that it wasn't a fluke. 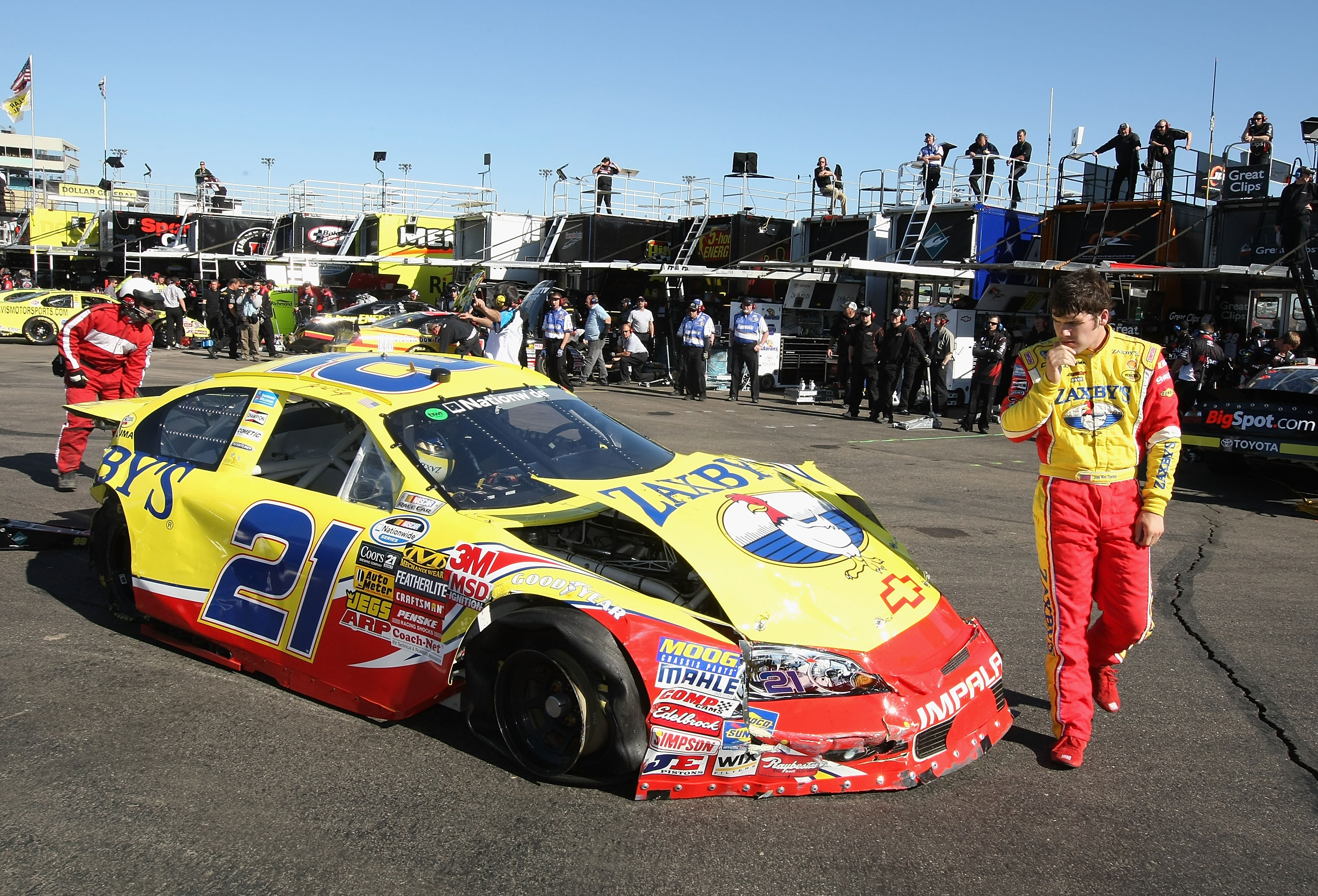 Poor John Wes Townley. He brings his personal Zaxby's sponsorship to Richard Childress Racing from RAB Racing, only to get punted from the ride and wind up back at RAB.

Well, RAB has given him the boot this weekend, too, as Josh Wise will instead get the call. You can quit it with the jokes, folks. Nothing to worry about this time around. 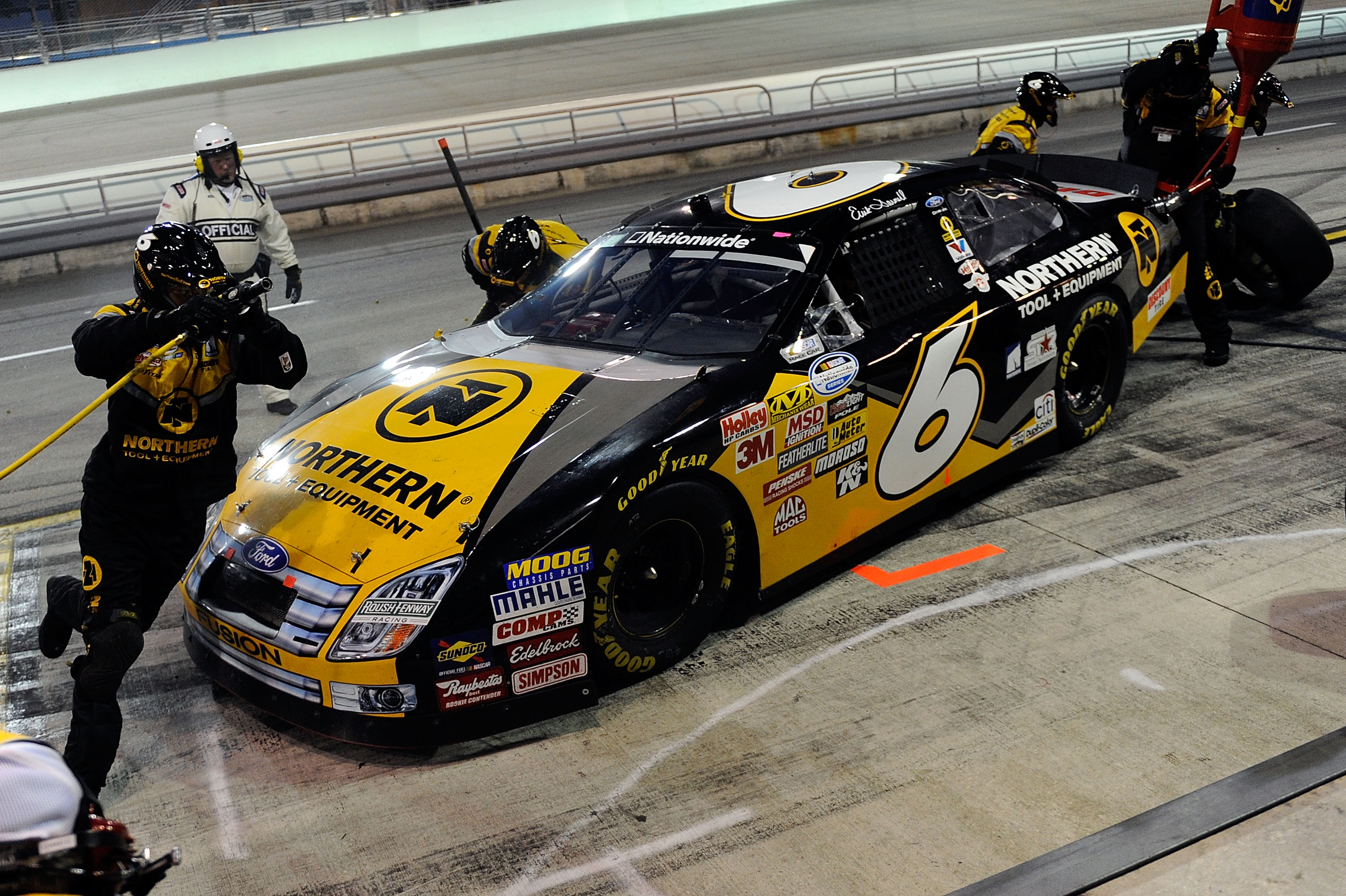 Darnell was a longtime Roush Fenway Racing development driver, who last year contested Nationwide events for the team after a handful of successful seasons in the Camping World Truck Series. He even moved up to Sprint Cup with Hall of Fame Racing after Bobby Labonte and the Ask.com sponsorship began to fall apart.

Unfortunately, this year has been a bit boring for Darnell, as he only just made a return to RFR to take over the struggling No. 16 of Colin Braun for a handful of races. Now that he's at least had one race under his belt in his return, look for him to be solid at Dover.

7. The Rise of Ricky Stenhouse 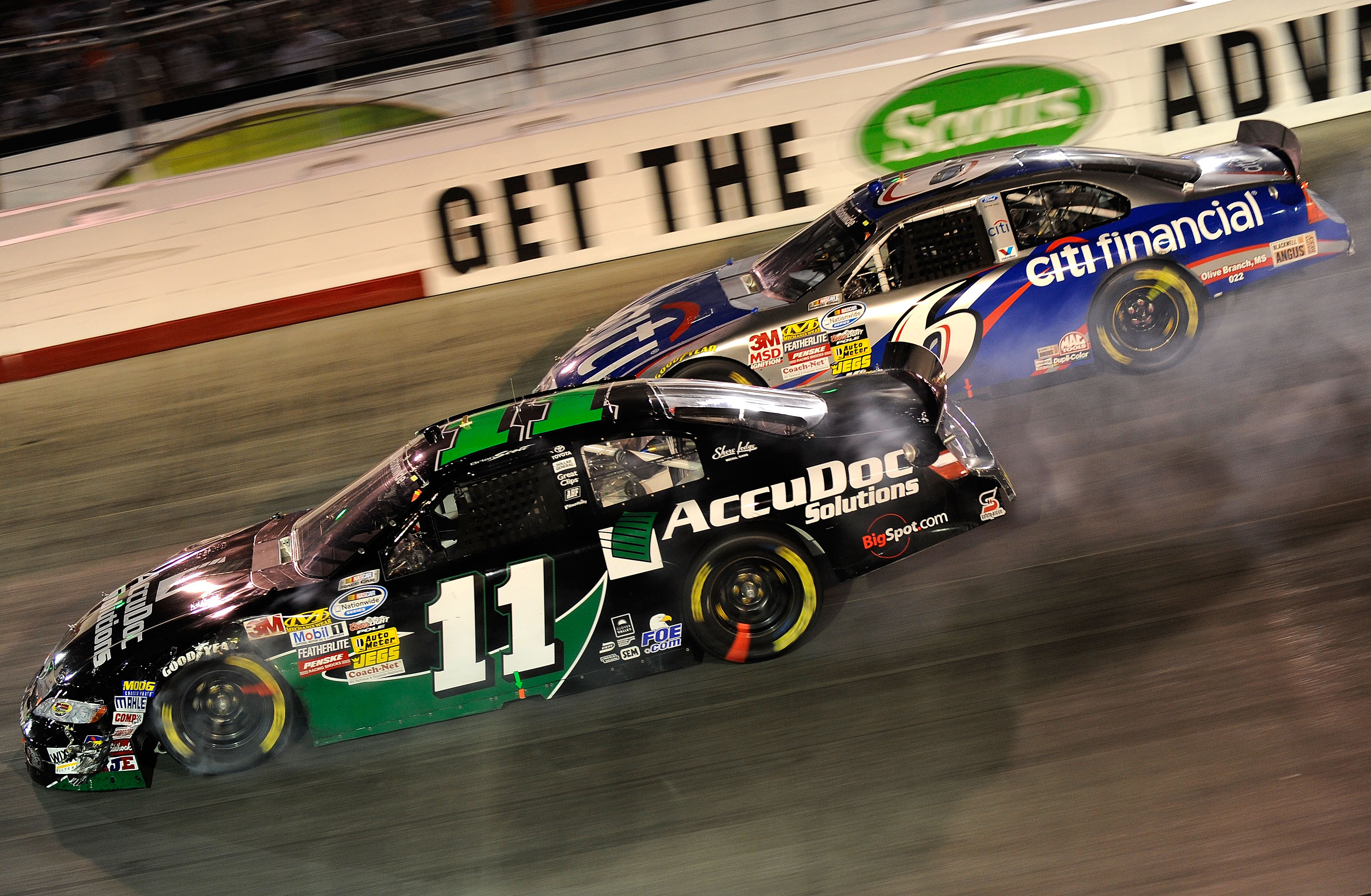 Most of us had Stenhouse written off after a dismal start to the season (five crashes in the first 12 events, no finishes above 18th), but since being pulled from the car for a handful of races, he's come back a better, more focused driver. His fourth-place finish at Richmond was his second-best of the season, the latest in a recent string of lead-lap, triple-digit points runs for the young driver. Perhaps he's not quite ready to give up such a quality ride due to lack of performance.

6. Allgaier Driving for a Job 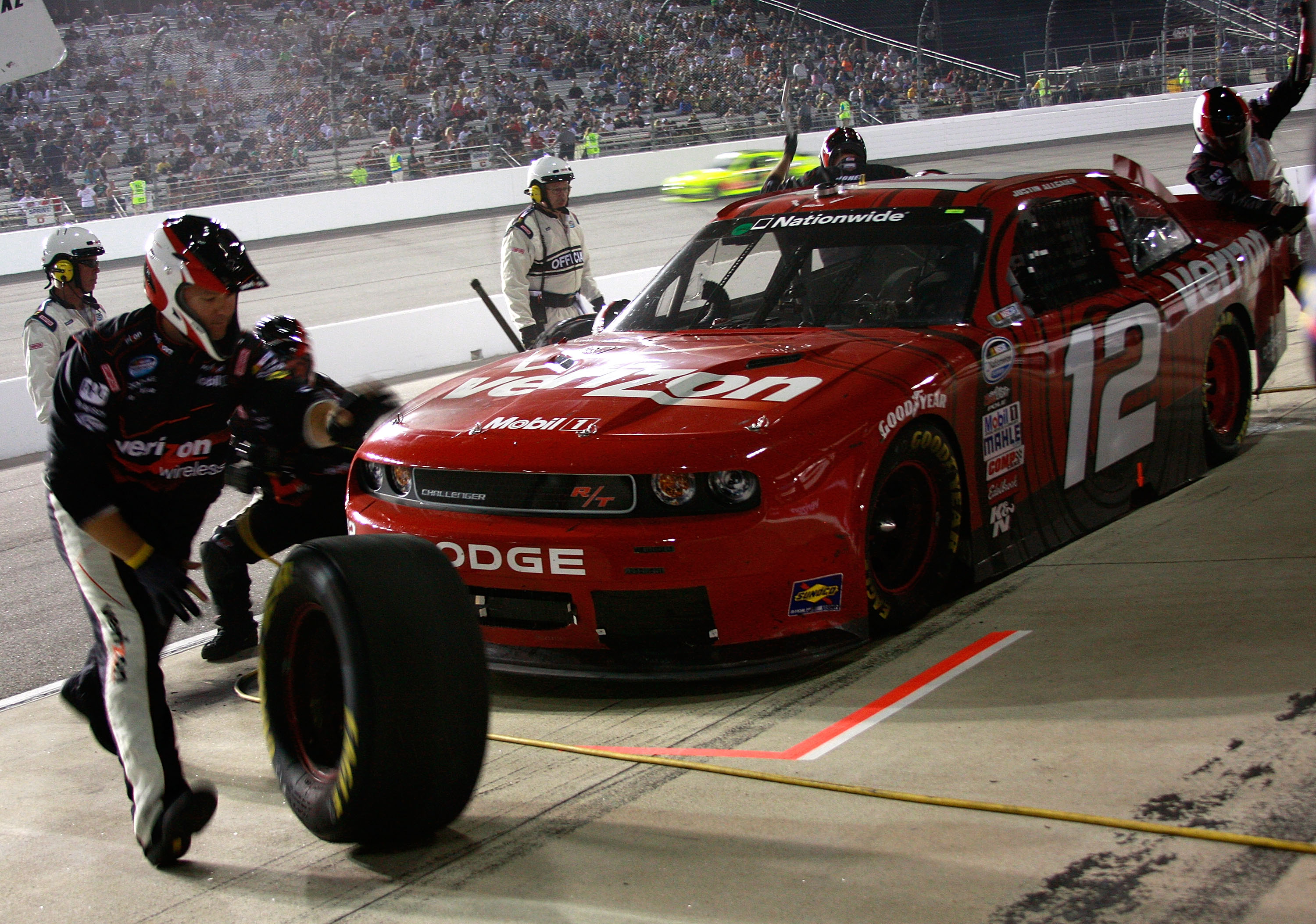 Nobody debates the strength of "Little Gator's" performance this season, but sponsor Verizon Wireless appears ready to shift their marketing dollars within Penske Racing to the IndyCar side of the team.

They'd like to be able to work with Sprint Cup drivers, something they can't do under the Sprint-enforced terms of their deal.

And let's face it, as many Cup drivers moonlight in the Nationwide Series, it is not in fact Sprint Cup. Allgaier will be looking to produce as many strong finishes as he can at the end of the year to either attract a new sponsor or land himself a good job offer for 2011. 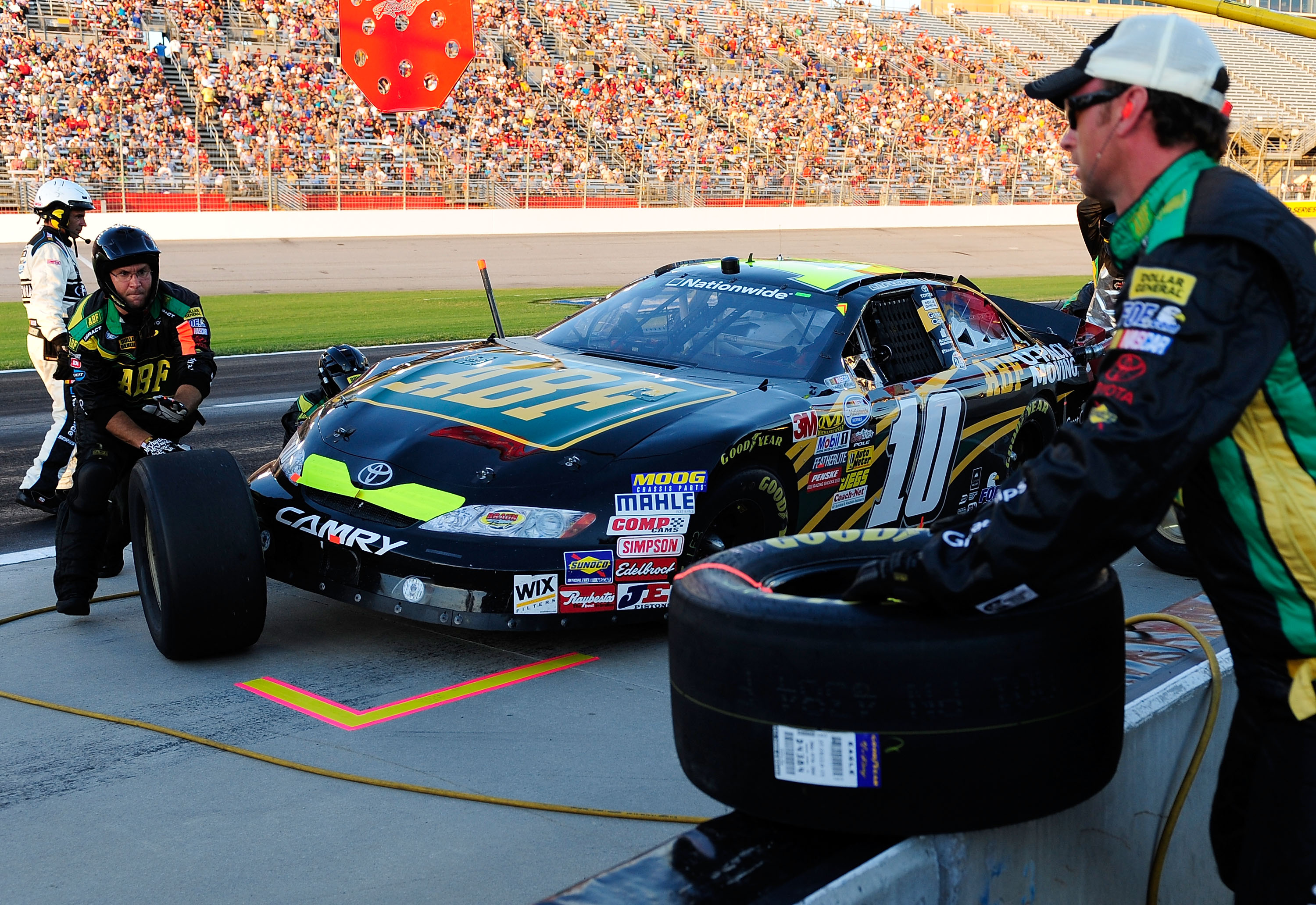 This week, the sale of Braun Racing to Steve Turner and Turner Motorsports should become official, altering the complexion of one of the series' longest-tenured teams.

Drivers Brian Scott, Jason Leffler, and Reed Sorenson (among others) will stick with the team for the foreseeable future.

It means big changes for 2011 as well, as the team will switch to Chevrolets to complement Turner's existing relationship with the manufacturer in Camping World Trucks. 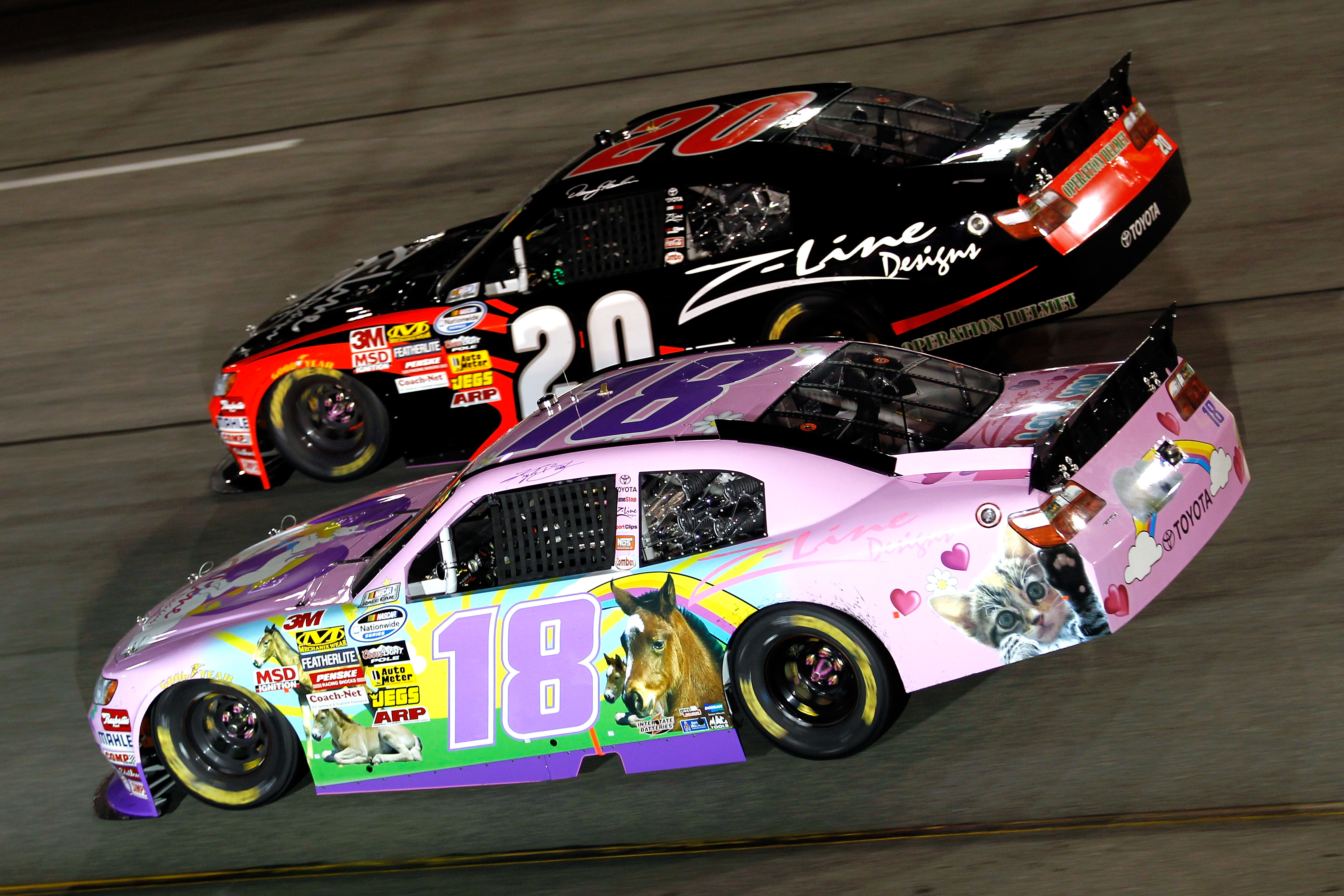 Joe Gibbs Racing-prepared cars have won four of the past six Dover Nationwide races, dating back to the fall of 2007. This year, they've won 12 of 27 races in total, with Kyle Busch doing mos of the damage (an astounding 10). But the Gibbs crew haven't taken home a victory since Bristol over a month ago. Can Dover be the track at which they break through once again? 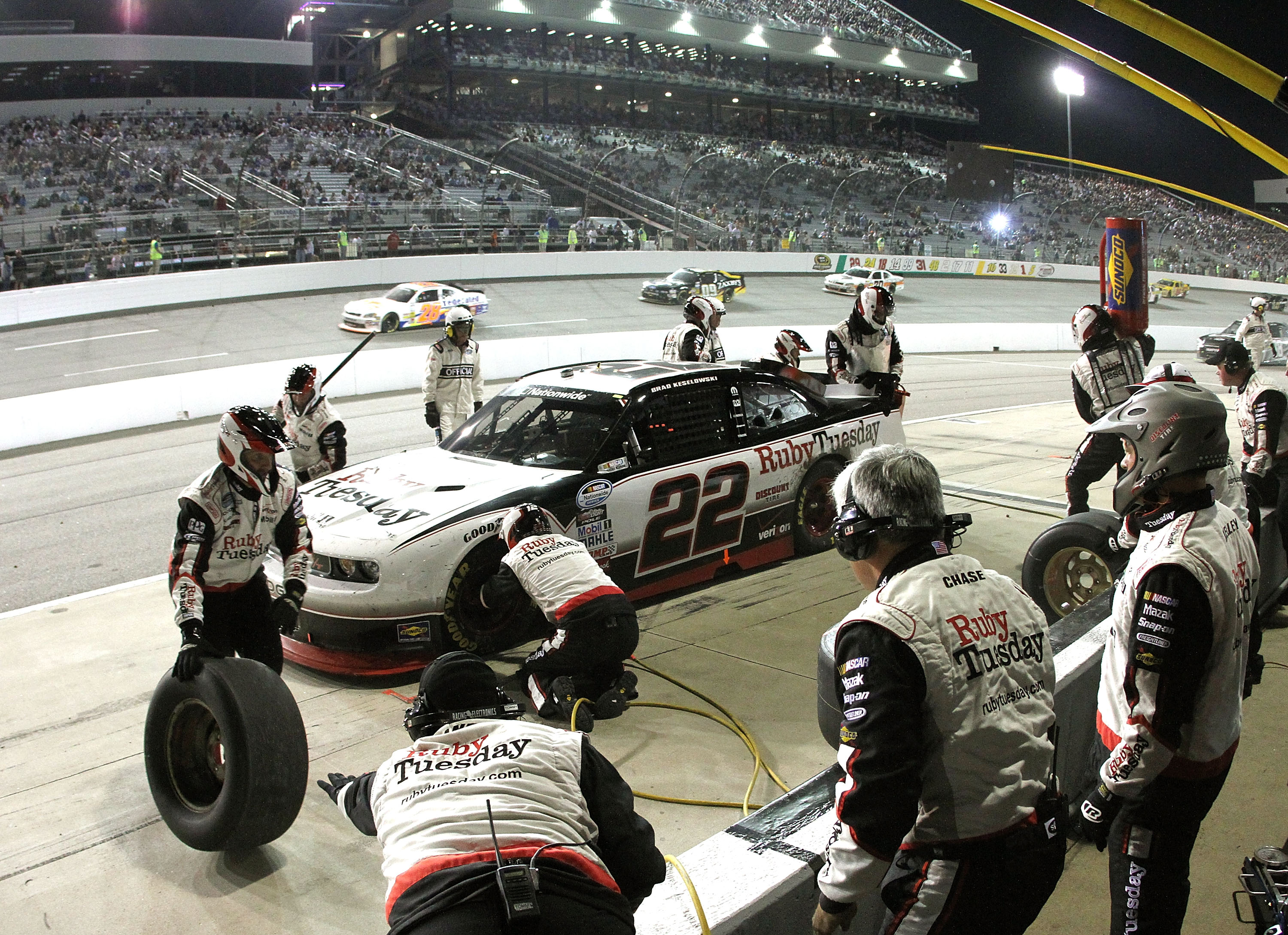 This year's occurrence of a massive Nationwide beatdown by a Sprint Cup driver may be the opus for NASCAR to mercifully end the ability of drivers to do championship double duty. Keselowski's points lead can't be made up in any fewer than two races (at least), and the domination is so thorough (only one finish worse than 15th all year) that he will likely have the highest point-scoring season in series history, or at least come close. It's impressive, but it's like playing a video game on easy mode. Time for the challenge of Cup. 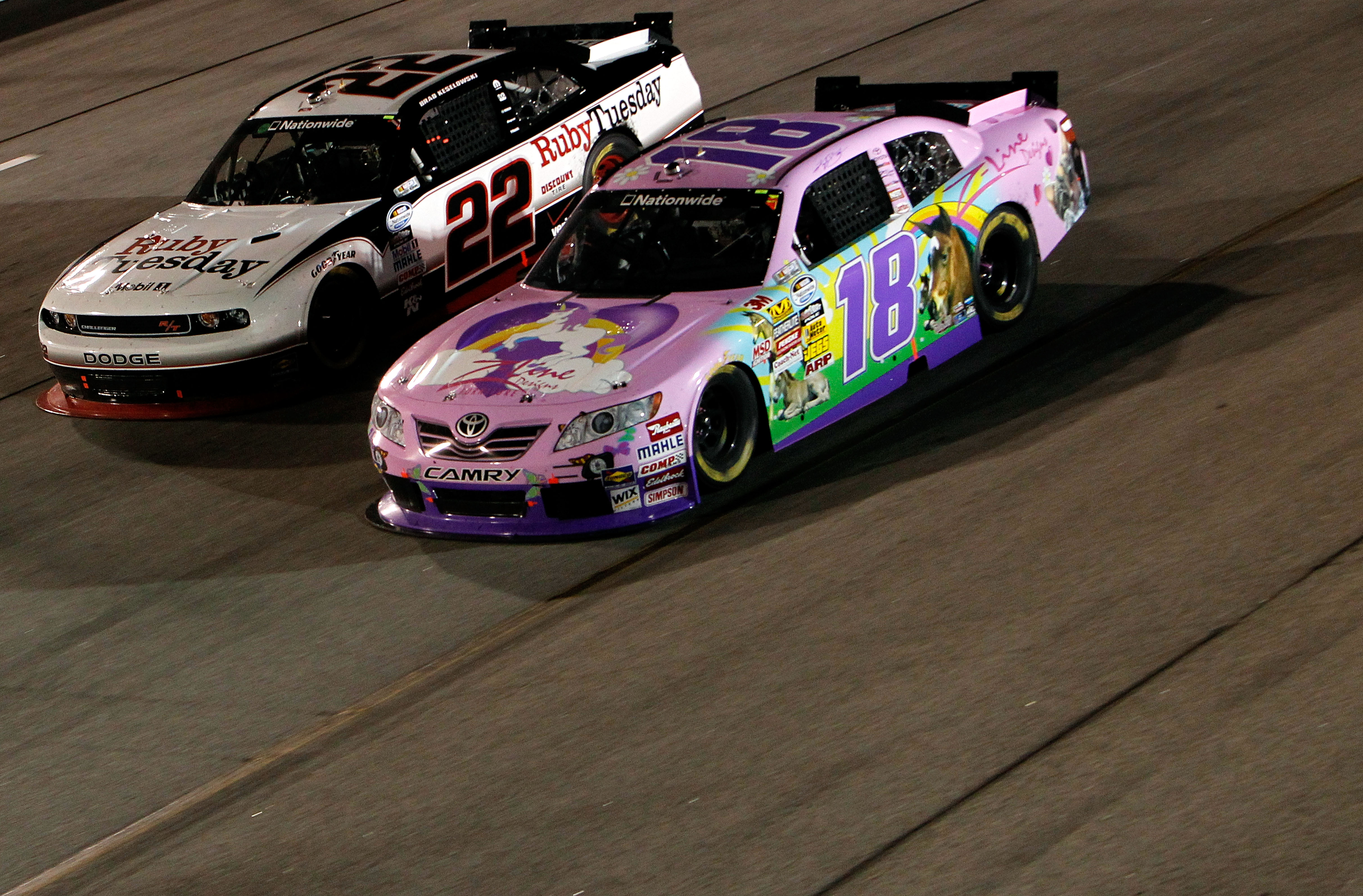 Keselowski is being fought in the owners' points championship by Gibbs, however, whose No. 18 Toyota leads the No. 22 Penske Racing Dodge in those standings, 4,353 to 4,302.

This is the real battle for the championship: Who will have the best car over the course of the season? We've all said Gibbs for quite a while now, but Penske has assembled a surprisingly stout Nationwide program for a first-year outfit. 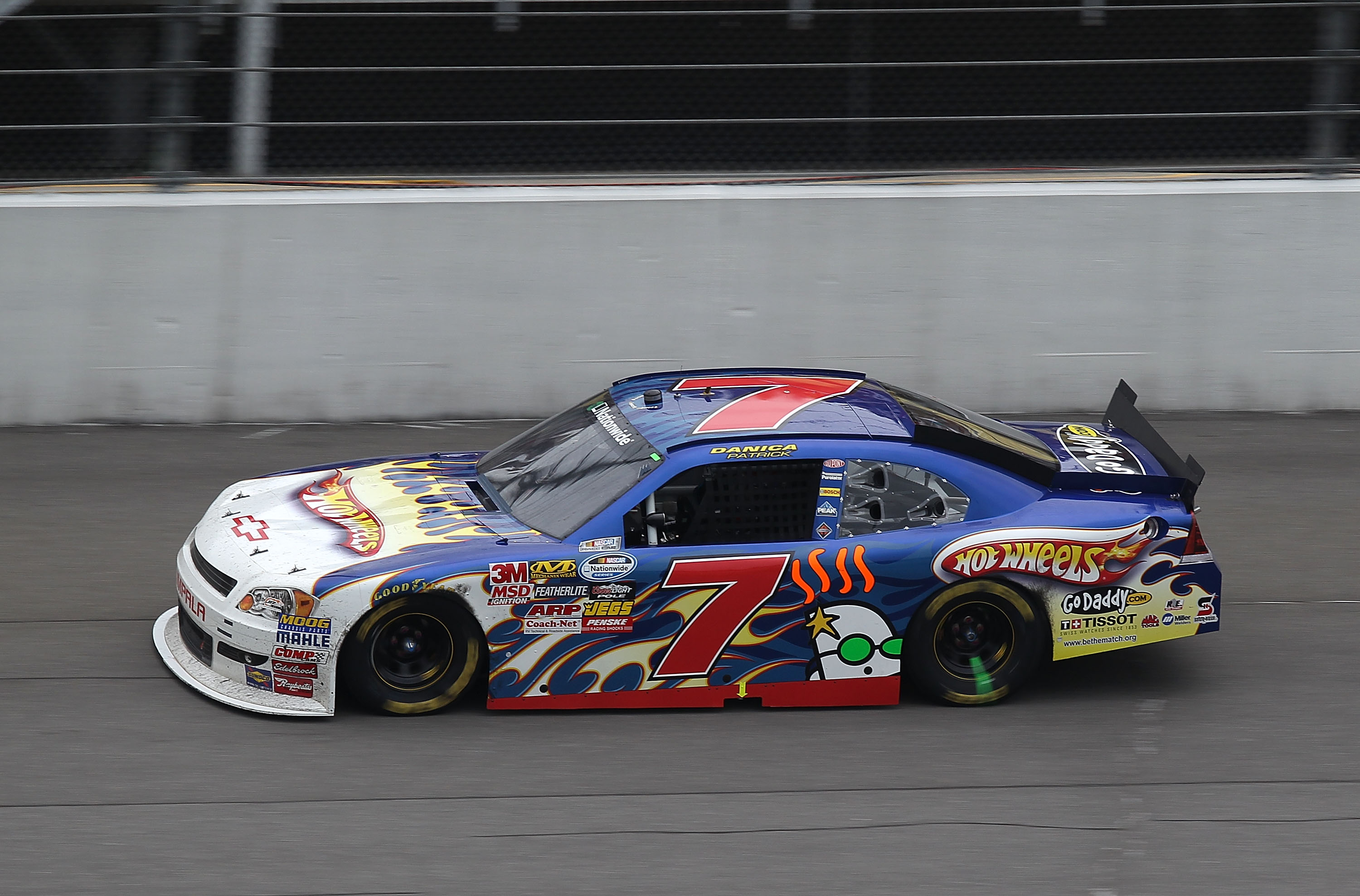 Yeah, yeah, yeah. Danica's back. She'll be running the K&N East race on Friday to give her some more track time before attempting Saturday's Busch race. With the extra track time comes the hopes of a run better than her career-best 24th, set at Chicago in July, or even better that elusive first lead-lap finish that seems to be eluding her everywhere she goes.

That's all from me. Have fun with this race, folks. Sometimes Nationwide can be tough to find battles in, with the crazy nature of the series, but believe me when I say it's all in where you look.