A Look at NHL Marketing Slogans for the 2010-11 Season 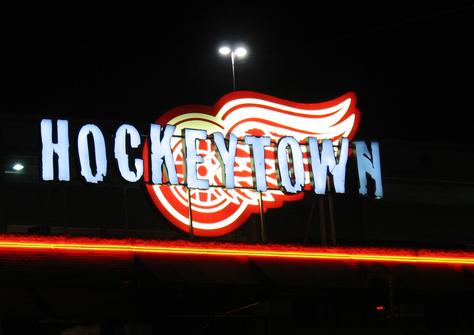 It's a great day for hockey!

So let's rock the red, head on down to Smashville, and celebrate our town and our team.

If the opening sentences sounded a little weird, it's because I did it that way on purpose. I wanted to cram in some marketing slogans that NHL teams have used in the past or will use this year.

Every year, NHL marketing departments spend many hours coming up with the perfect slogan to impress their fans. This phrase will likely be used on merchandise and in television advertising campaigns, so of course, it should have as much of an impact as possible.

But not every team scores a goal when it comes to their marketing.

Based on my visits to each NHL website and some Googling, I managed to find the slogans many of the NHL teams will be using this season. This article will tell you what those slogans are and my personal thoughts on them.

However, I am not a marketing professional; I am a writer who had one advertising class in college. Therefore, my interpretations of these themes may not be perfect, and I apologize in advance.

Also, this slideshow only includes teams who I could find a slogan for. If I was unsure of the slogan or couldn't find any evidence of one for the upcoming season, the team is not discussed. If you know the slogans of any team not covered in this article, please let me know and I will add them in. 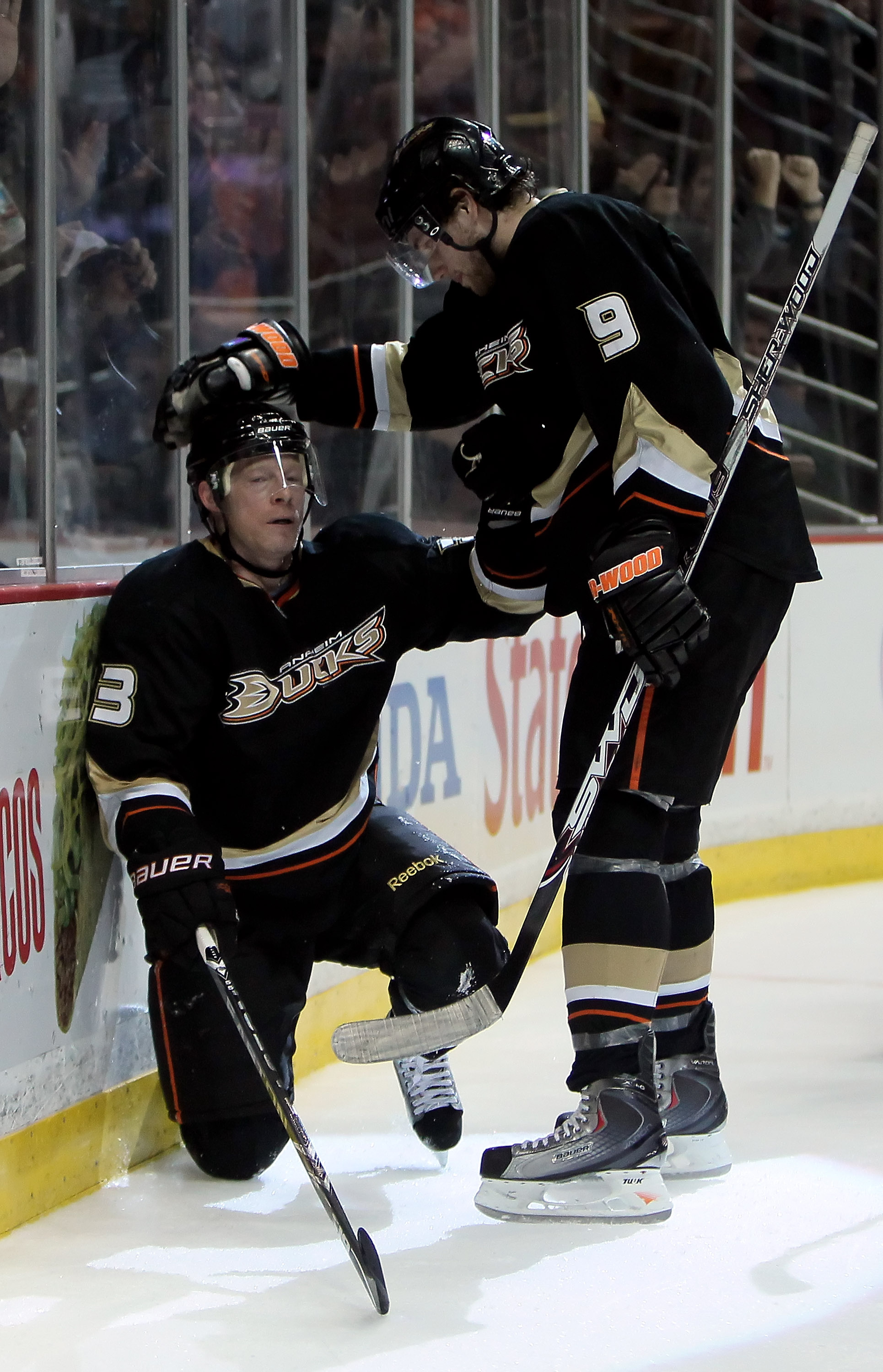 On the surface, it looks a little boring.

But I think this is a great way to celebrate some of the players who will be with the Ducks for long-term. For example, Teemu Selanne has played 11 seasons in Anaheim and will be returning for a 12th. Bobby Ryan recently signed a five-year contract through the 2014-2015 NHL season.

Hockey, and all professional sports, are a great display of dedication. Players work towards lofty individual and team honors. They play through pain in the playoffs. They are proud to wear their team colors regardless of how bad of a slump they might be in.

Rating (1-10 scale; one being downright awful and 10 being amazing: Six (Doesn't blow you away, but can have a lot of significant meaning) 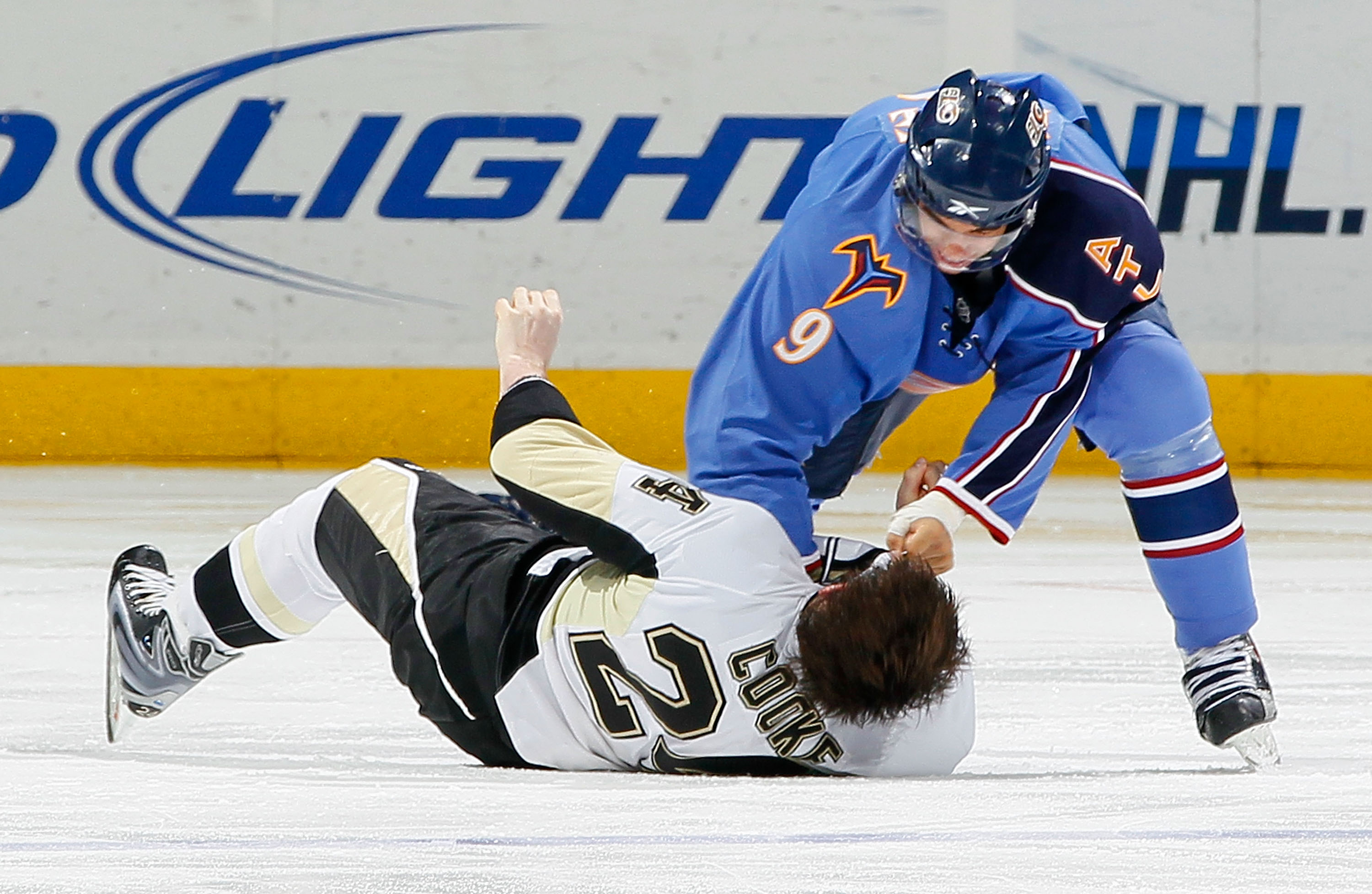 Aside from the fact that we don't specifically know what "the hockey way" really is, this seems like an odd choice for the Thrashers.

I try not to knock the southern markets. Several are successful in their own way and have produced many star players.

However, when you are the Atlanta Thrashers and you have some of the lowest attendance in the league, not to mention only one playoff appearance in your franchise history, this isn't going to do a lot to draw fans in. 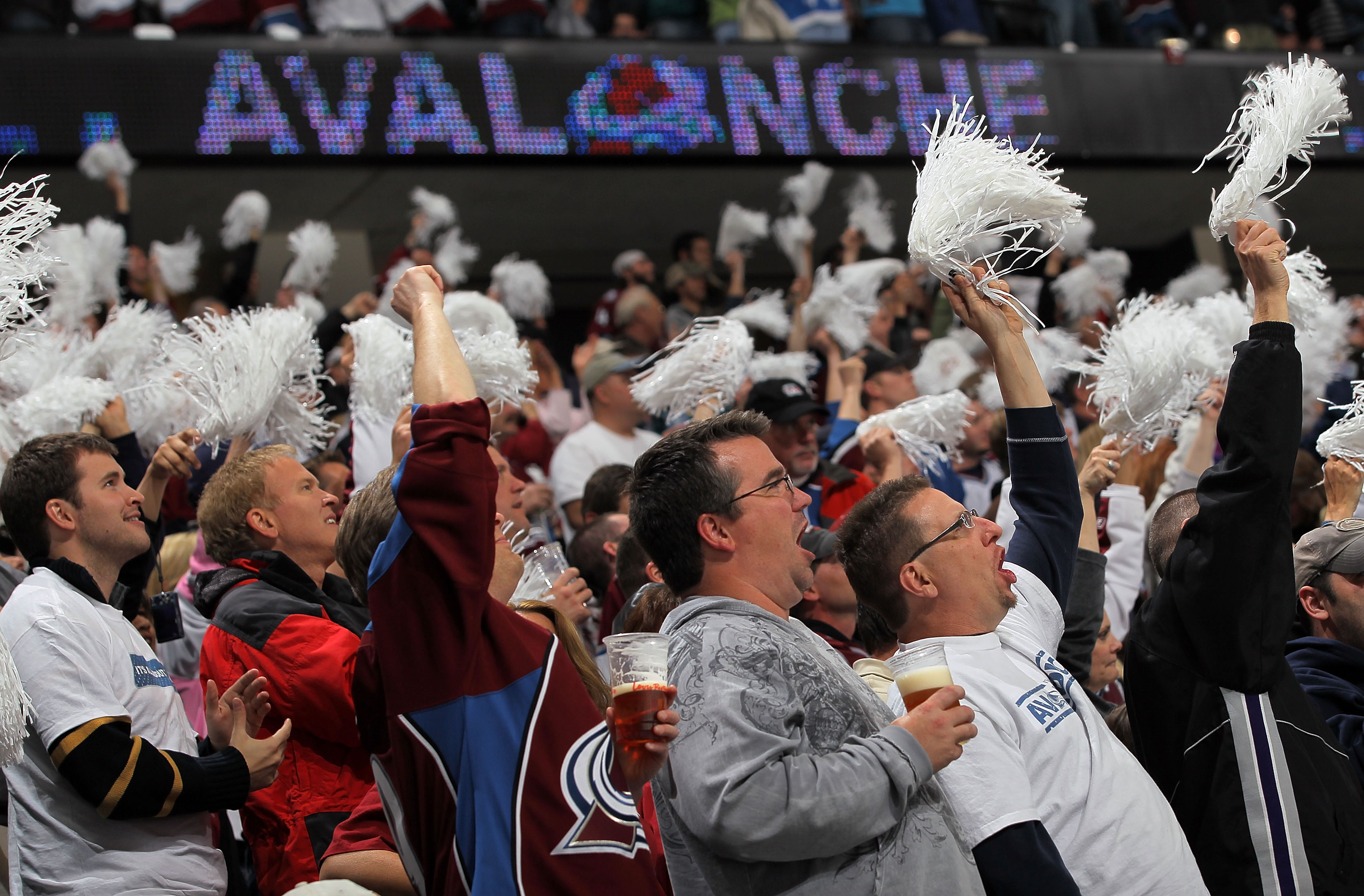 Slogan: It's All About the A (the A is the Avalanche logo)

I am mixed on what I think about this slogan. It's a little cliche, but it also embodies the fans' continuous devotion to a team that has been good but not great in a decent amount of time.

The Avalanche are also a young team who made it back to the playoffs in 2010 after missing the postseason in 2009. They lost to the San Jose Sharks in round one, but there is plenty of young talent on the team, and the Avs should be back in contention next year.

Perhaps the marketing department liked the Avs' postseason chances for 2011? 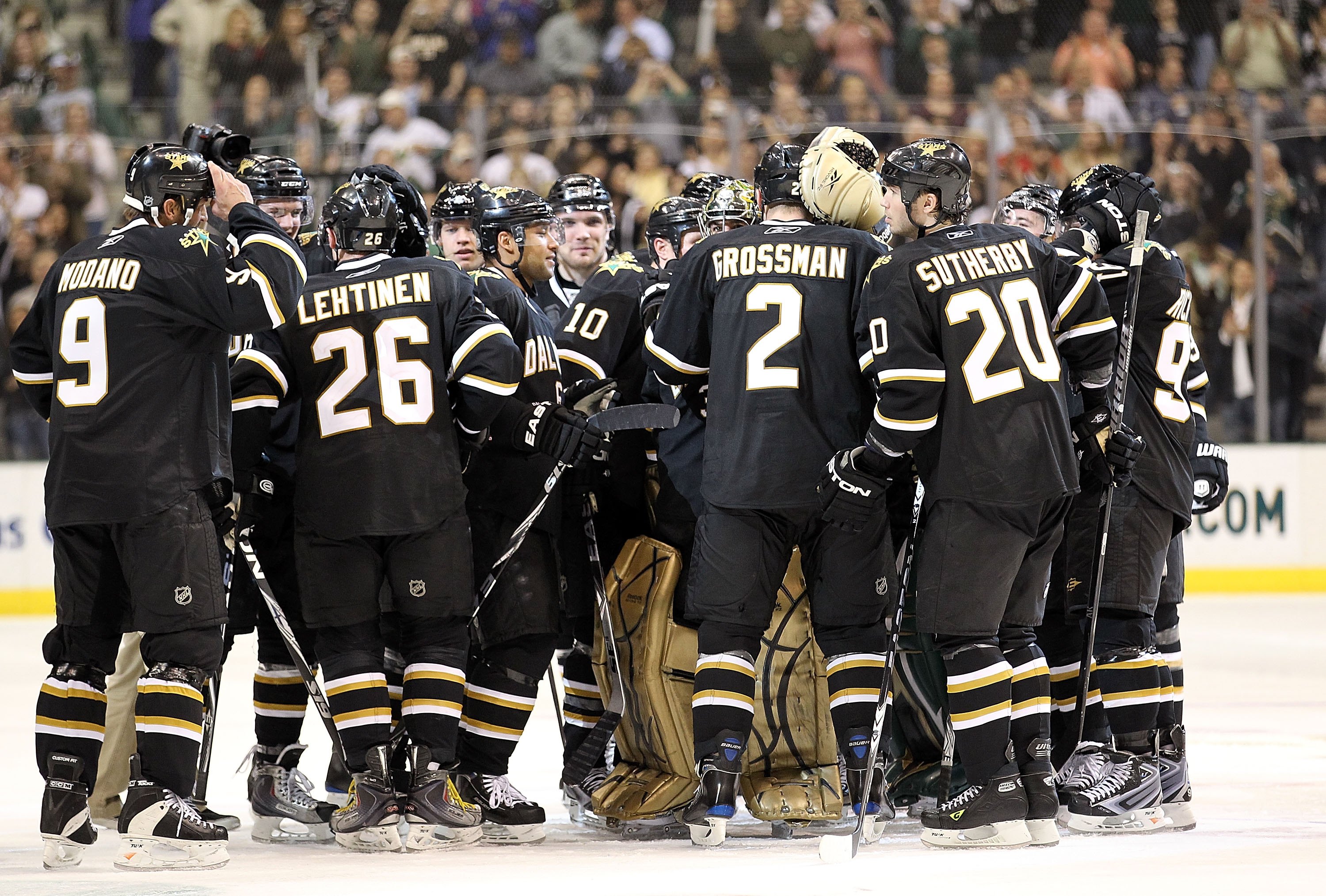 This is probably one of my favorite slogans on the list.

Hockey is no doubt a team sport. Players are constantly putting their bodies on the lines for their teammates. Everyone bands together towards the ultimate goal of winning the Stanley Cup.

The superstars are as humble as can be. When they are given praise about the great game they have played, they are quick to give just as much credit to their teammates.

Although Mike Modano, who has since departed for the Detroit Red Wings, was the center of the Stars organization for his whole career, the Stars are showing that it was not all about Modano. That's not saying anything bad about him; just indicating that there is always more to a franchise than one star player. 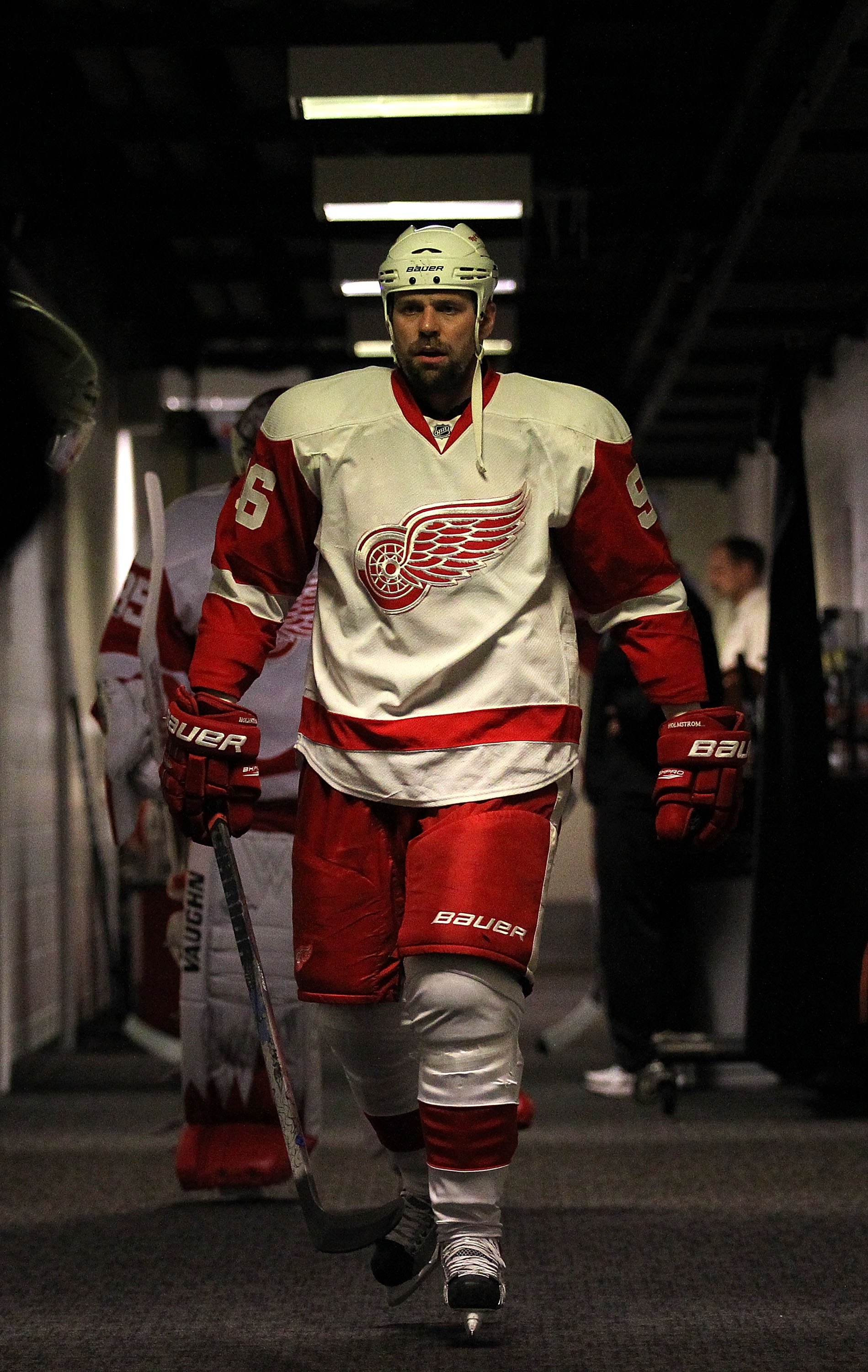 Hockeytown has been Detroit's nickname for several generations of hockey fans. There may be some dispute about what people who are not Red Wings fans think of the Red Wings fans, but the team's legacy remains the same.

The team boasts two Stanley Cup championships in the last 10 years, a three-time Selke Trophy winner, and a six-time Norris Trophy winner. Many key players are getting older, but they are still able to contribute on a high level. The phrase "slowing down" certainly doesn't seem to be in the vocabulary of someone like Nicklas Lidstrom.

An instant recognizable nickname and the recognition of the Red Wings' history make this slogan a winner. 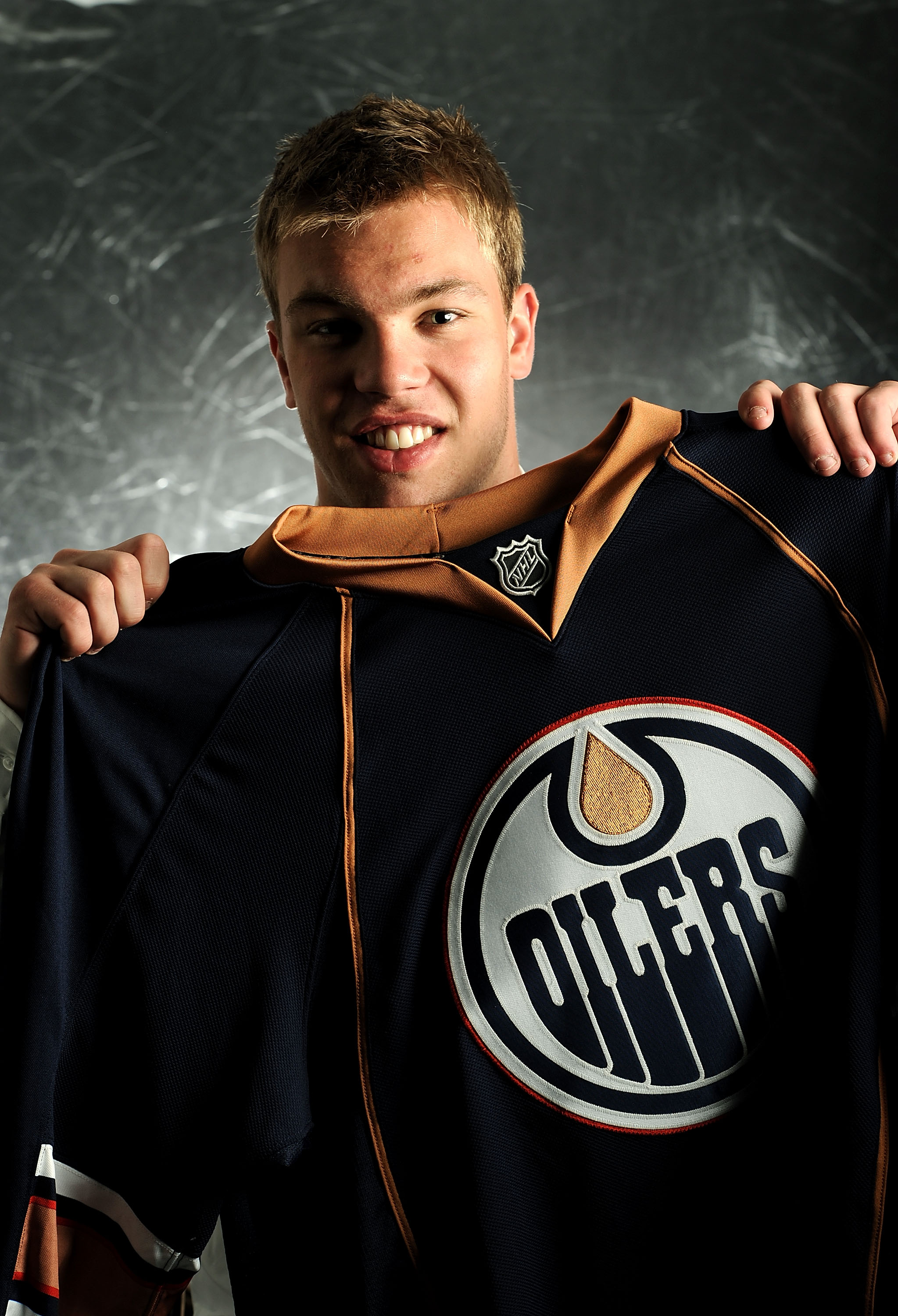 Slogan: This is Oil Country

Edmonton is known as "The Oil Capital of Canada" for its involvement in the natural gas and oil industry. Therefore, it only made sense to give its NHL team the nickname of the Oilers.

The Oilers fans, while dedicated, will now have a new sense of pride in their team now that first overall draft pick Taylor Hall is on his way to the NHL.

The Oilers also have an extremely popular alternate jersey to relive the glory days of the Oilers teams that won four Stanley Cups in the 1980s. While the orange and blue has been very popular with fans, the copper and blue jersey says "Oilers" in its own way, so the slogan fits the uniform.

Overall, the slogan isn't the most original, but it reminds Oiler fans that they have something to look forward to and come together for. 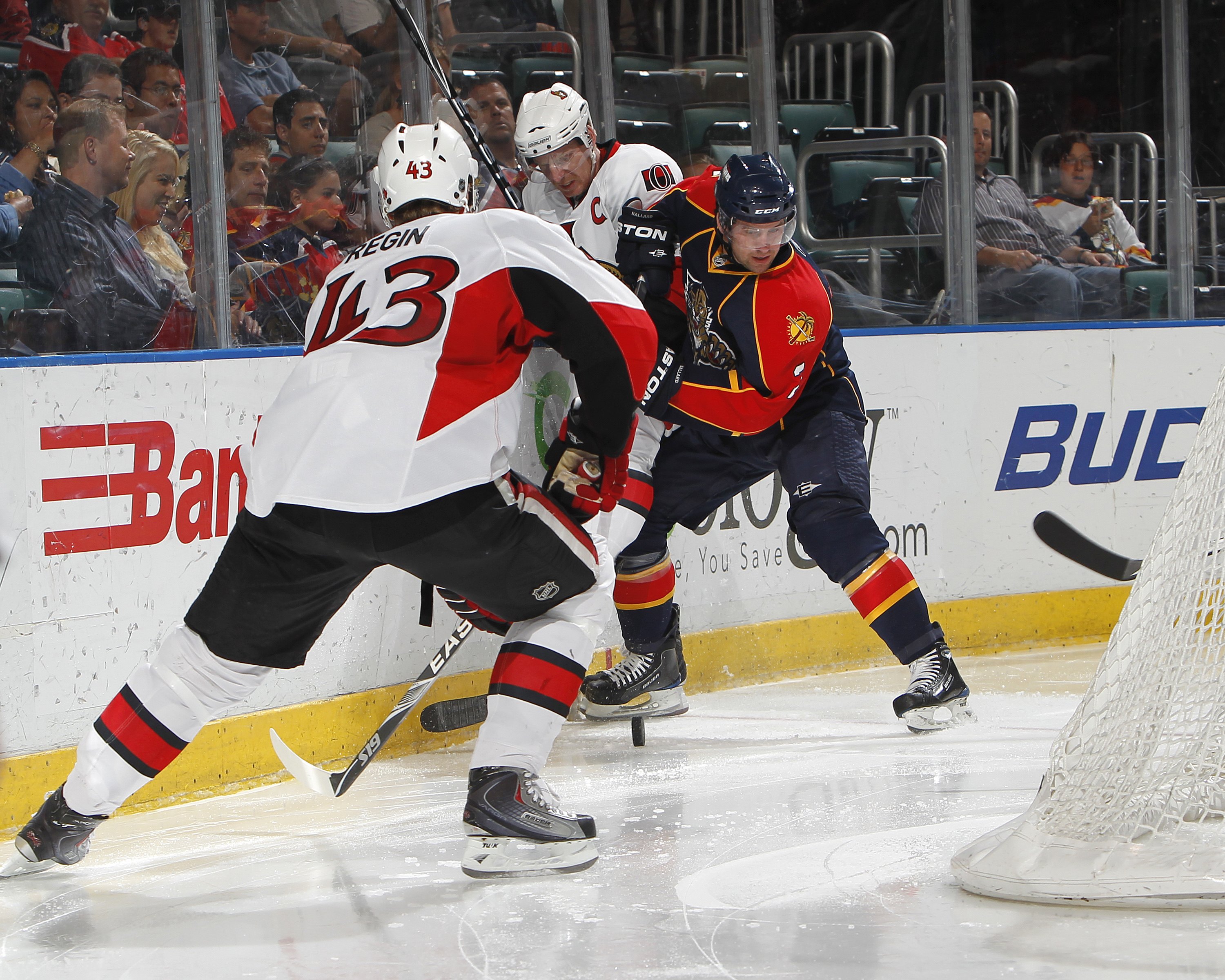 Slogan: We Came to Play

Thanks for clearing that up, Panthers marketing department. I guess you think your fans thought they were buying a ticket for the Ice Capades.

The least they could've done was finish the sentence. Maybe it could say "We Came to Play in a Half-Empty Arena, and All We Got Was These New Golf Clubs To Start Using in April."

I know it's really long, but anything would be an improvement. 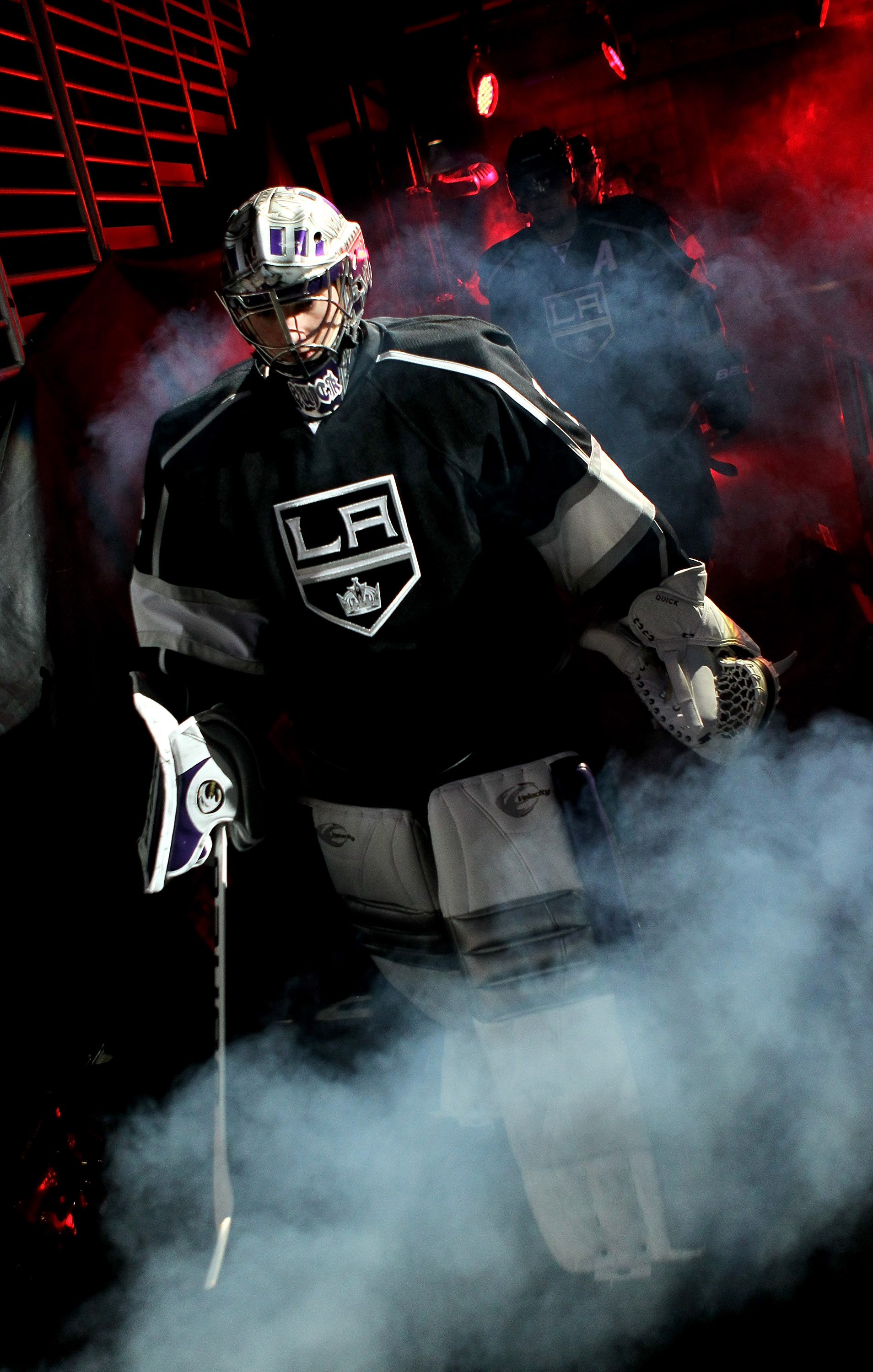 The Los Angeles Kings are another young team that is on their way back to being taken seriously.

However, I am having a hard time coming up with a lot to say about their slogan. It's pretty generic and reads like a mathematical formula.

If the Kings print this up on a number of t-shirts, rally towels, and banners, I'm sure fans will buy them like crazy. But that's about all this one is good for. 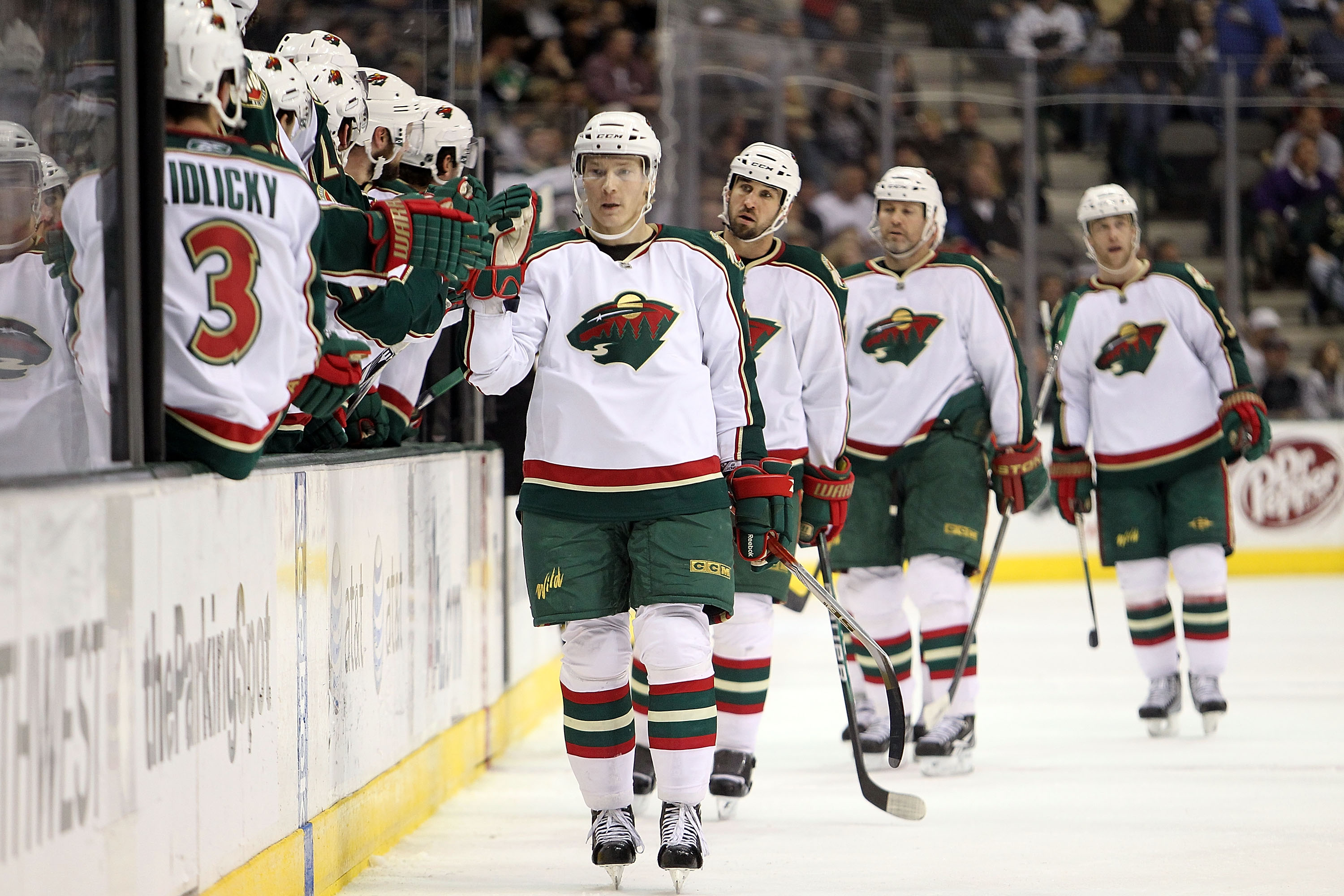 Slogan: Tradition. It's In Our Blood

Minnesota is the ultimate hockey state. Not only do they have the Wild, they also have a rich tradition of high school and college hockey. They have also produced many top players who play elsewhere in the NHL.

The Wild consistently sell out home games and play in one of the league's most spectacular arenas. Prior to the team's arrival, Minnesota was home to the North Stars, one of the most beloved franchises in history.

The state of Minnesota loves hockey, and they will do so no matter how many times the Wild miss the playoffs. 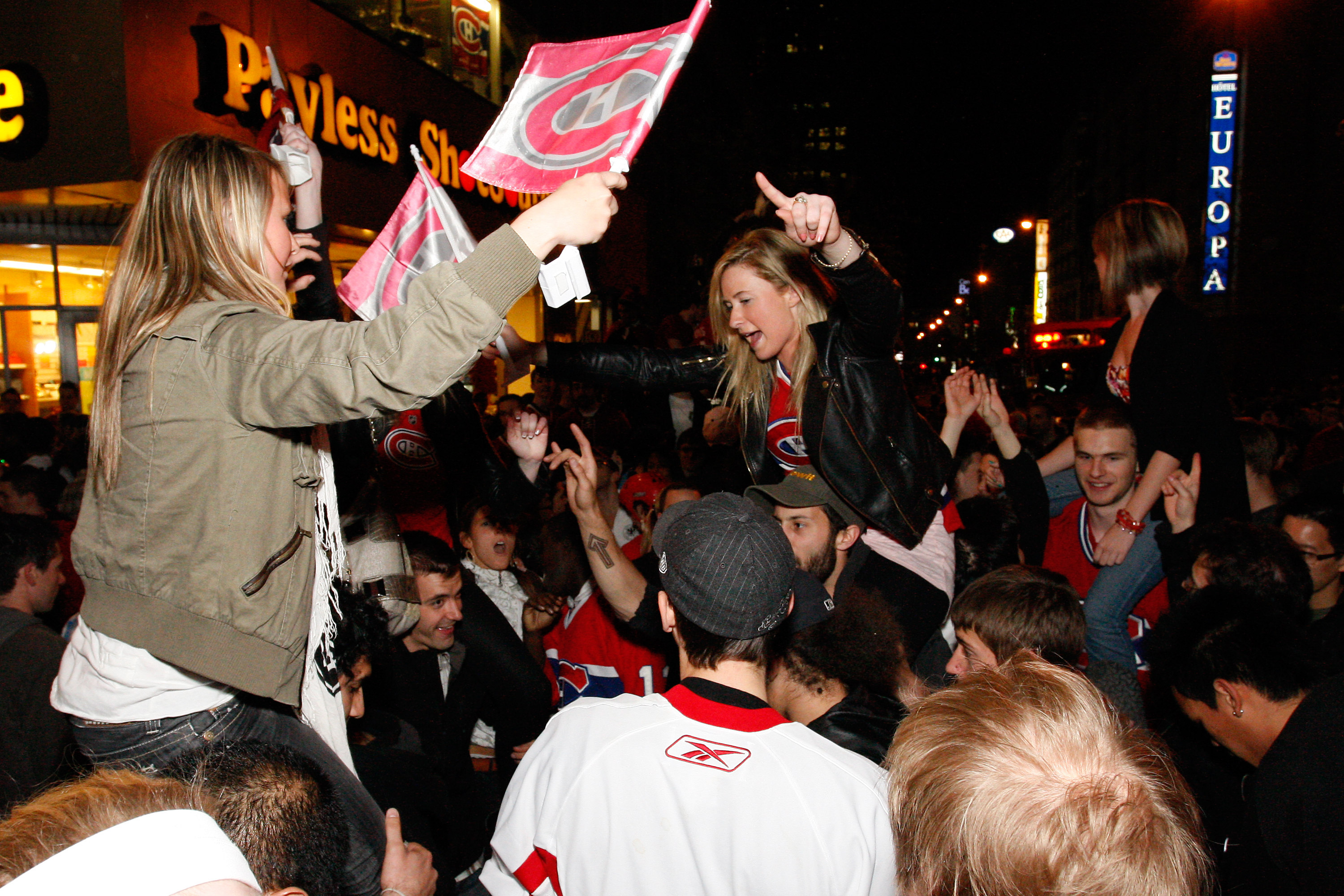 Slogan: We Are Canadiens

Again, this is a slogan that has been done by many teams in their own ways. But it is a good fit for Montreal.

The Canadiens are one of the NHL's toughest tickets. Their 100-year-old history gives them a lot to be proud of. Their fans are some of the league's most passionate, and despite the fact that they have made the news for riots after playoff games, there are still many knowledgeable followers.

As another fun play on it, Montreal is in Canada. So for the most part, their fans are Canadians. 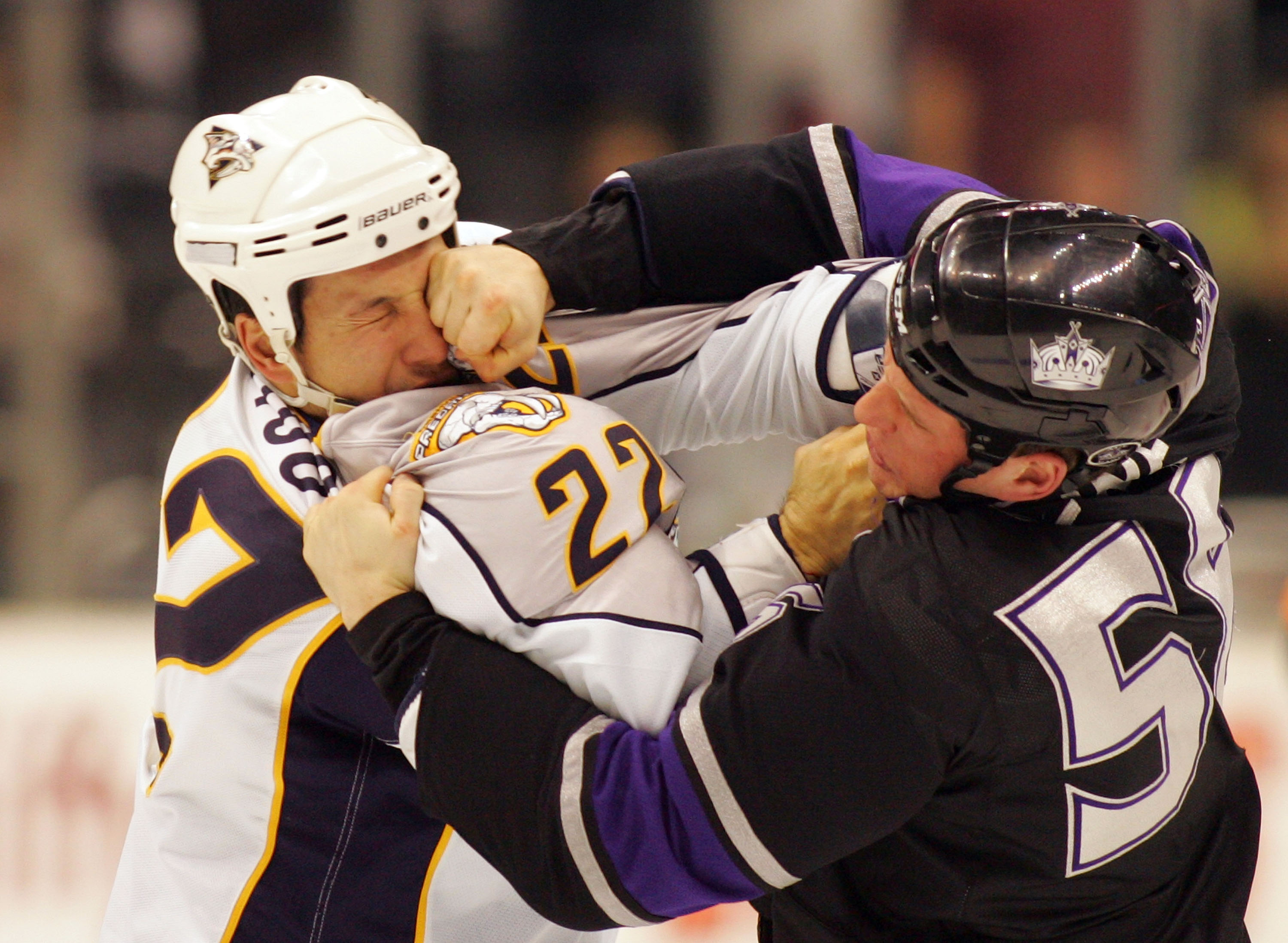 As you know, Nashville is the country music capital of the USA.

So when you think of country music, you probably don't think of really hardcore music. You probably picture sweet, down-to-earth girls like Taylor Swift and guys like Toby Keith who seem to sleep in cowboy hats.

Hockey is a physical, fast-moving game. The first thing that comes to my mind when I read this slogan is Predators players getting involved in fights and delivering bone-crushing body checks.

When I checked the roster, it shows that there are some physical players in Jordin Tootoo and Wade Belak, but no one incredibly intimidating. There is no one that gets more than 100 penalty minutes a year, so the Predators probably aren't the most intimidiating team in the league.

I don't think that's necessarily a bad thing, but the slogan doesn't quite fit the team or the city. 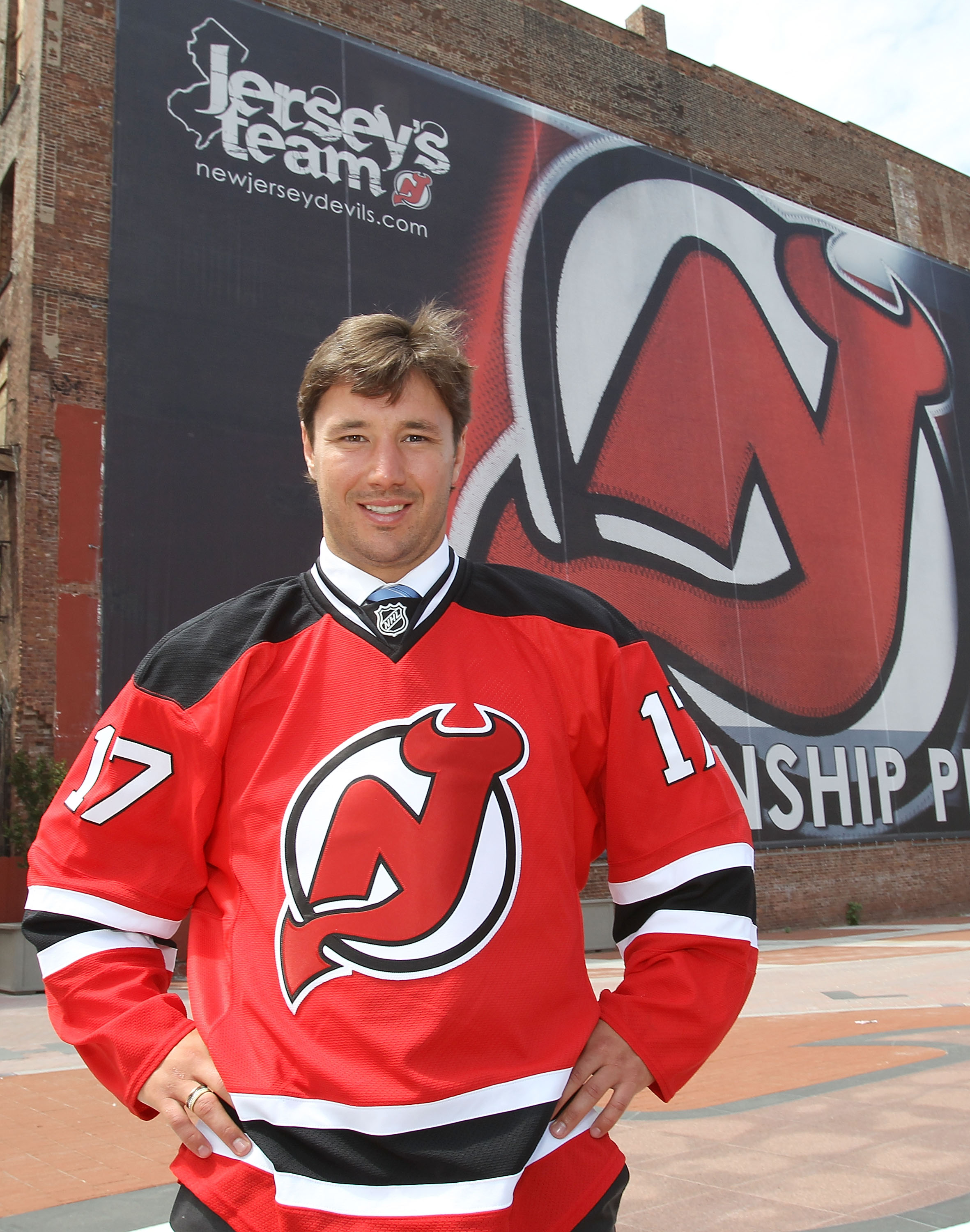 Yes, the Prudential Center is in New Jersey, just like the Brendan Byrne Arena/Continental Airlines Arena/IZOD Center is.

But does that really make the Devils "Jersey's Team"?

Since some of the fanbase is from the New York City area and they don't draw the best for a northern market some fans are so crazy about having more of, I'm going to say no. 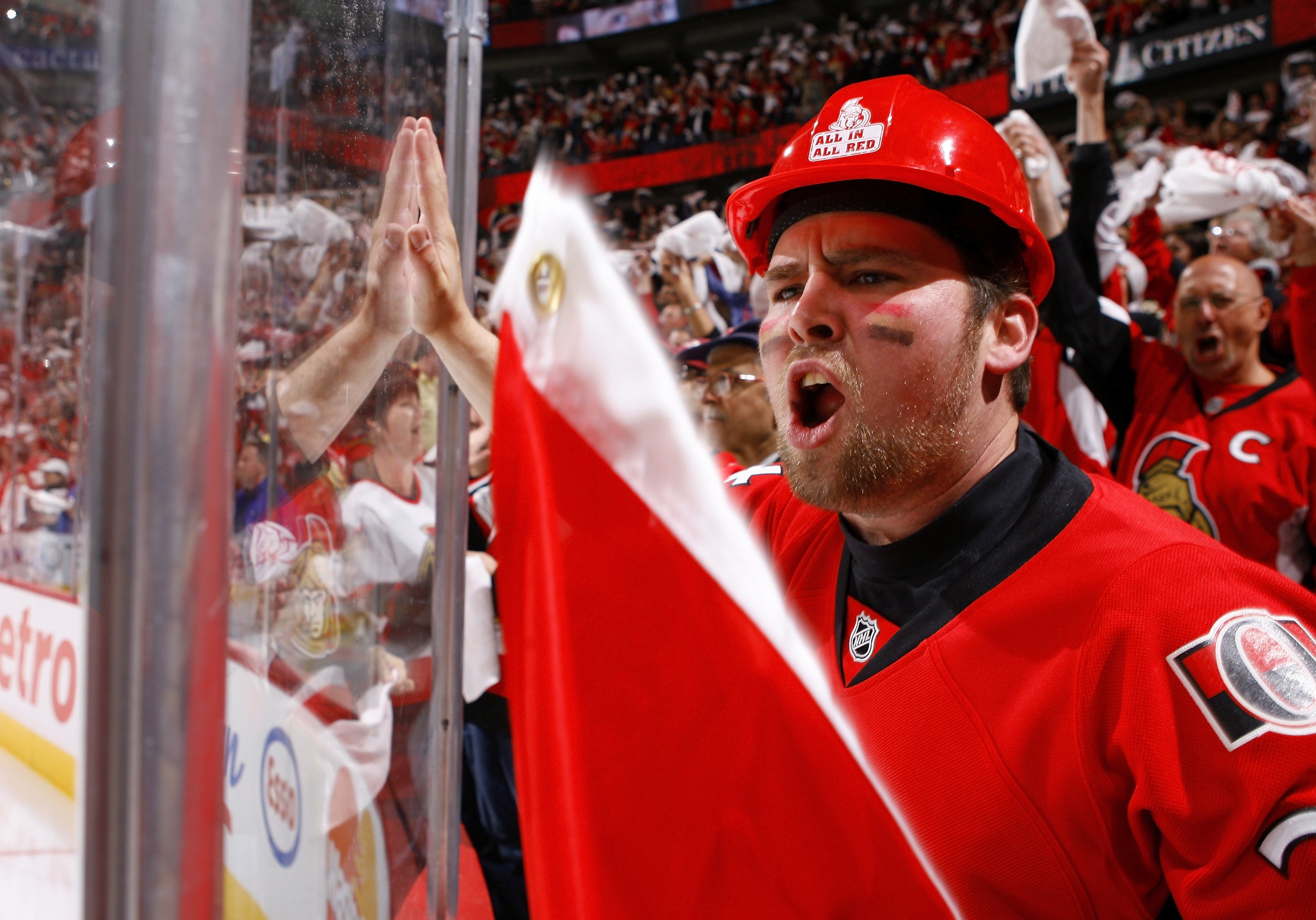 Slogan: My Team. My Town.

How many times have we all heard this one in some incarnation?

I even know of an ECHL team (Reading Royals) that used a variation of it a few years back when they adapted the slogan "R Team. R Town."

If you're in an NHL marketing department, and you're stealing slogans from the ECHL, it's time to come up with something new. 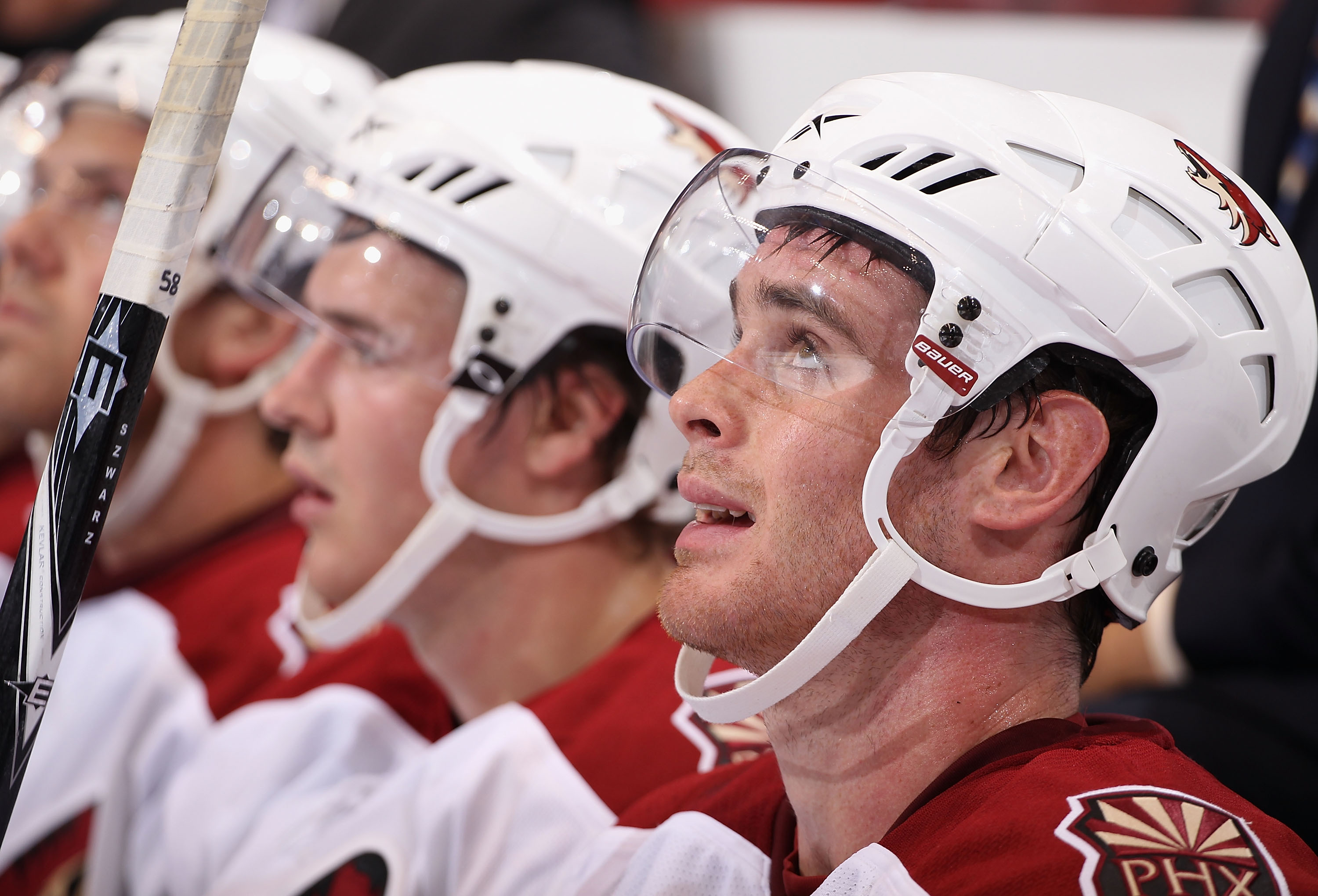 When you're at a hockey game, you probably don't want to miss a thing. You keep your eyes on the game at all times and are picky about when you leave your seat for food and a bathroom break.

But sometimes stuff happens, and when you're looking at your cell phone or talking to a friend, your team scores or a goalie makes a huge save.

The Coyotes realize this, and with the excitement of last year's playoff run still fresh, you aren't going to want to miss the 2010-2011 campaign. 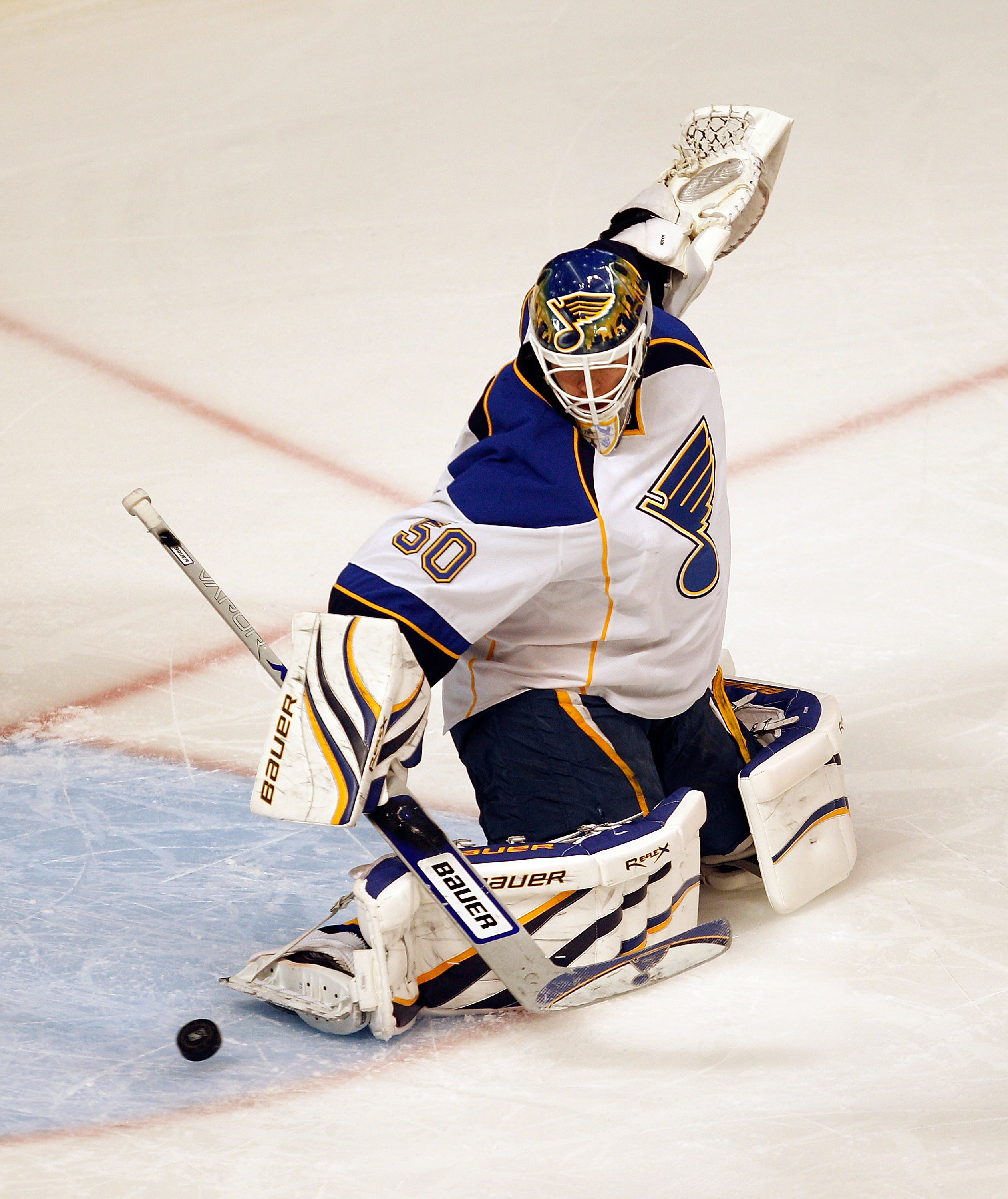 It's obvious that every regular season game counts towards points in the standings to determine playoff positioning.

Every game in the playoffs counts because it could be the difference between advancing to the next round and packing your bags the next day.

And although fans don't think so, preseason games count for players. They use them to get warmed up for the regular season, and prospects use them to try to make an NHL roster.

The Blues missed the 2010 Stanley Cup Playoffs by five points, so there will be no time to take games off this year. Their slogan shows that they know this.